“Someone must have slandered Josef K., for one morning, without having done anything truly wrong, he was arrested.”
Franz Kafka:  "The Trial"


Imagine the knock on the door, the urgent, unfriendly, unexpected, unexplained demands.  Imagine being taken, roughly, into a vehicle, into a room, into a cell, into the dark.  You don't understand.  You have done nothing wrong.  But no one comes.  You are within four walls, the ceiling and the floor.  You haven't the strength to blow the walls down,  The single window, out of reach, shows the sky but through a mesh of bars.  The bed is hard, the door is fast, the pan is stained.  No one comes.  You have not done anything truly wrong.  Imagine the knock on the door.  Imagine the hand on your elbow in the street.  Two men aside you.  The waiting vehicle.  Imagine the four walls.  The ceiling and the floor.

You have not done anything truly wrong.  Your conscience is clear.

There's a knock at the door. 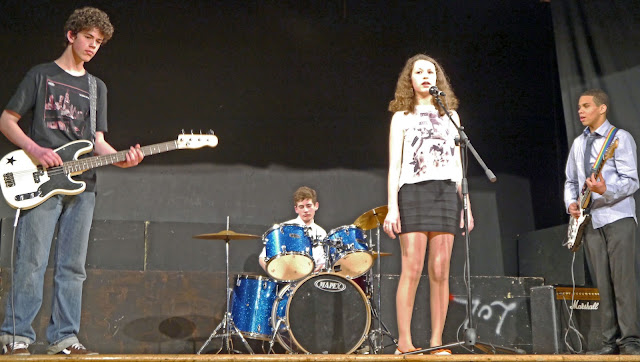 For many of us the world is a breezy, comfortable place.  We have no real enemies, and with the good fortune of family and employment we truck along, from cradle to grave, without too many thorny hurdles.  The occasional vaccination.  The eye tests.  The occasional speeding fine..... (the wife to take the points).....

But within this world of ours there are yet many injustices, many insecurities, and many hidden infamies.  Shortly after the end of the Second World War, the United Nations came to an agreement:

The Universal Declaration of Human Rights, which was adopted by the UN General Assembly on 10 December 1948, was the result of the experience of the Second World War. With the end of that war, and the creation of the United Nations, the international community vowed never again to allow atrocities like those of that conflict happen again.

And so came into existence an agreement, which was agreed to by a majority of sensitive and civilised nations, that declared:

"Now, Therefore THE GENERAL ASSEMBLY proclaims THIS UNIVERSAL DECLARATION OF HUMAN RIGHTS as a common standard of achievement for all peoples and all nations, to the end that every individual and every organ of society, keeping this Declaration constantly in mind, shall strive by teaching and education to promote respect for these rights and freedoms and by progressive measures, national and international, to secure their universal and effective recognition and observance, both among the peoples of Member States themselves and among the peoples of territories under their jurisdiction."

On May 28th 1961,  British Lawyer Peter Benenson published an article in "The Observer," entitled "The Forgotten Prisoners" in defence of two Portuguese students imprisoned for seven years by the Salazar regime for raising their glasses to freedom, and Amnesty International was born. 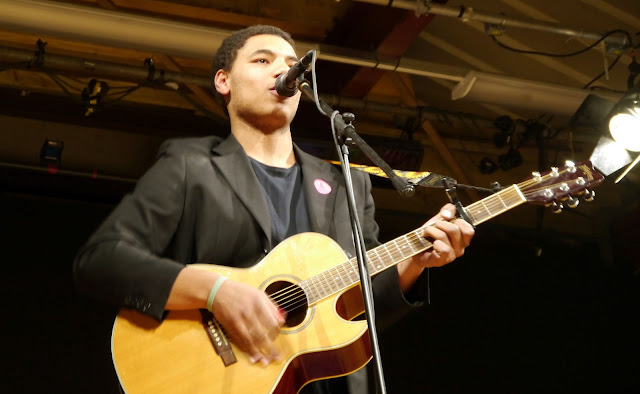 As a teacher (whatever that really means) I have seen it my duty to attempt to educate young people in the ways of the world, without force and without  bias.  There are those who hold a view that Amnesty International is a left wing, subversive organisation, but that is not the case.  Its work is careful and its case studies are cross referenced to avoid adversarial positions.  It bases its investigations on well-grounded, up-front information, and they recur always to the UDHR.  By default there will be more people on the receiving end of AI's interventions who are left of centre, but this could just be because there is a tendency for extreme right wing regimes to be oppressive (though extreme left wingers can be extremists too). 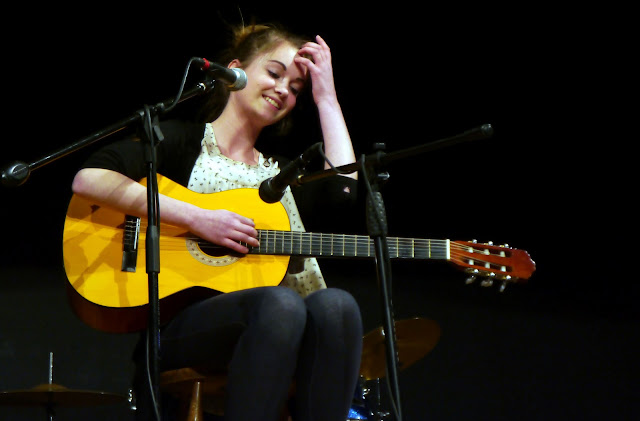 It is great that wherever I have worked, there have been young people willing to give up time, energy and effort to support the needs of others.  Naturally this happens in many ways, such as buying raffle tickets, or wearing non-uniform, but one of the most exciting facets of this in my career has  been the staging of concerts where individuals have given their talents for free to raise money to support the campaigns for the lost and forgotten. 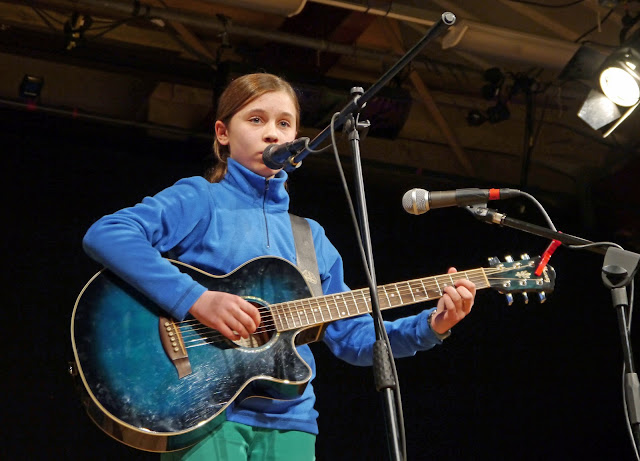 It has been a privilege to work with friends and young people who are energetic in their wishes to procure justice so my position has been humbled, but it is not essentially about us or me: it is about the disappeared, the forgotten, the lost and lonely - and there are so many.

One of Amnesty International's problems recently has been the diversification of the demands on its expertise, and the diverse interests of its leaders.  There are many and varied campaigns.  Perhaps too many? There is so much going on that the organisation is at risk of splitting apart at the seams, like a shirt on a growing child.

Although I abhor the death penalty, I feel less strongly about it under certain circumstances than I do about prisoners of conscience.  To put it bluntly if someone commits a heinous crime (for example murdering a child) and the statutory penalty is death, then that capital punishment is justice.  Whereas if someone has a different view to the ruling junta, there is no justification in depriving that person of their freedom or in subjecting them to ill treatment of any kind. The problem is the justice system, not the penalty.  And, as is evident (in for example the United States where those on death row are far more likely to be poor and black than well-to-do and white), justice systems are fallible.  So the irreversibility of the death sentence is a problem.  Yes.....  But the bigger problem to my way of thinking, is that of the individual who hears the knock on the door, and then is spirited away into a semblance of death without recourse to a justice system or to legal representation or trial. 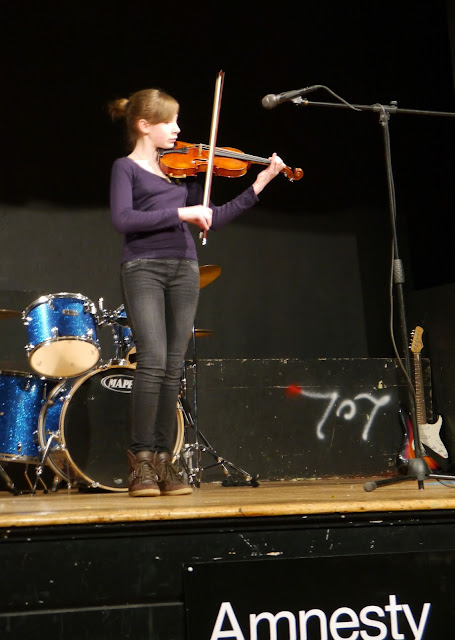 Just recently I was privileged to work with Fiona and Rhona (as well as a large group of supporters including the witty compère Chris) to put on a show called "A Night out with Amnesty."  The performers, all amateurs and selected from a large number of hopefuls, ranged in age from 11 to 18, and the standard was superb, including stand up comedians, dancers, singers and bands.... 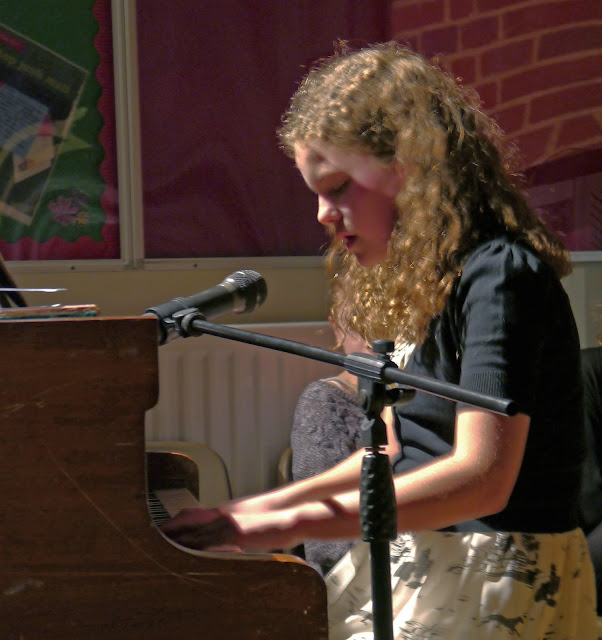 The audience, two hundred or more strong, enjoyed the range of talent and supported the largely inexperienced cast with warmth and sympathy, and the overall fund raised by the entertainment and raffle was in excess of £1,100.

It is so easy to forget.  My involvement with Amnesty International goes back years, though I have to admit that my activism has been inconsistent.  Yes I lobbied in parliament for small arms control, and yes I have written letters to leaders and prison governors the world over, but I have been pretty much an arm chair supporter, who hasn't taken many risks.

The idea of concerts to raise money is not a new one, however, and as part of my anti-amnesia campaign I am recalling some great nights from twenty or so years ago, when, as a younger person in Rome, Italy, I managed events involving poets and musicians, but bringing together parents and children in a consciousness-raising way as well.

The late, and great, Adrian Mitchell, came out to Italy, with his wife Celia, specifically to work with us, and he  gave a stirring performance, introducing and reciting his most famous poems, including his "Victor Jara of Chile" (which was not at all approved of by the then Headmaster.)

Roger McGough and family came too, and sparkled in tune with the times.  His witty verses and poignant lines entranced the audience and enlivened our lives.

"Let me die a youngman's death


not a clean and inbetween


And Roger's old Liverpudlian buddy, the late Adrian Henri, graced our presence with his hip hop arty version of poesy.  He hit the spot with his lines to music and gave his all, with love, and a sense of time....

Love is...
Love is feeling cold in the back of vans
Love is a fanclub with only two fans
Love is walking holding paintstained hands
Love is.


And then, safely back in the motherland, we had another splendid night in Ascot, with The Spikedrivers.  My students had never heard of them and they were not particularly into 'the blues,' but they surprised themselves by ending up dancing in the aisles to the irresistible drive of the delta boogie.  Great fun.

But it is a serious business.  How can we forget?  This paragraph from Associated Press on May 11th this year should remind us:


"Ariel Castro, charged with rape and kidnapping, remained jailed Friday under a suicide watch on $8 million bond while prosecutors weighed more charges, including some that might carry the death penalty."


But this paragraph, from "The Guardian" May 13th should be considered alongside the one above.  Is there not a connection?

"Hunger-strikers being force fed at Guantanamo Bay are shackled to a chair, fitted with a mask and have tubes inserted through their nose and into their stomachs for up to two hours at a time, according to revised guidelines in use at the camp."

How is one a case for the death penalty and the other a case for justice?  How can it be justifiable to keep someone incarcerated for ten years without trial or recourse to basic human rights? We forget what we don't want to know, and we forget what we think we cannot change.  We forget who we are, when faced with threatening forces, when out-talked by the clever or out-boxed by the stronger.  We give up our friends when we need to save our skins.  How can we look at the razor wire and orange suits and shackles of Guantanamo inmates and do nothing?
.
Enshrined in the Universal Declaration of Human Rights are the following articles:

Article 5.
No one shall be subjected to torture or to cruel, inhuman or degrading treatment or punishment.

Article 9.
No one shall be subjected to arbitrary arrest, detention or exile.

Article 10.
Everyone is entitled in full equality to a fair and public hearing by an independent and impartial tribunal, in the determination of his rights and obligations and of any criminal charge against him.

It is time to forget Amnesia, to remember the forgotten, and to drive for an Amnesty for those unjustly and inexplicably imprisoned.  There is no justification for the continuation of Guantanamo, and this inequity simply gives less sophisticated regimes the legitimacy they need in imprinting their injustice on a vulnerable world.

Imagine the knock on the door.  The dark vapours wafting up the stairs.  The curdling of the blood as masked men drag you from your family. 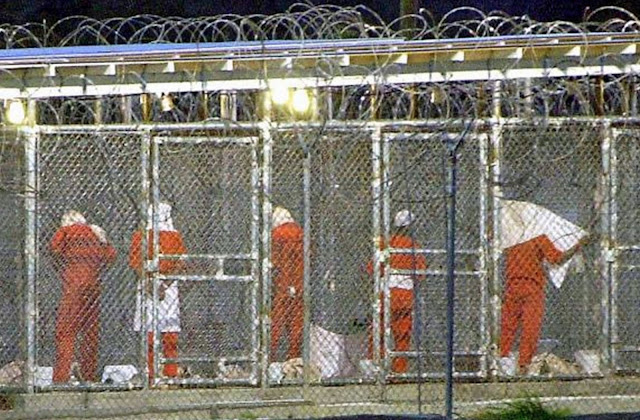 "What do you want to know now?" asks the doorkeeper; "you are insatiable." "Everyone strives to reach the Law," says the man, "so how does it happen that for all these many years no one but myself has ever begged for admittance?" The doorkeeper recognizes that the man has reached his end, and to let his failing senses catch the words roars in his ear: "No one else could ever be admitted here, since this gate was made only for you. I am now going to shut it.” 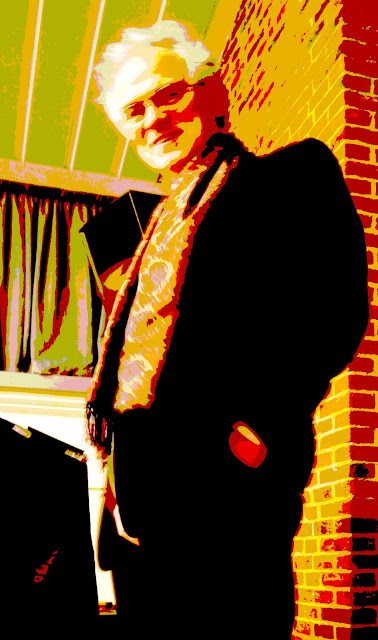