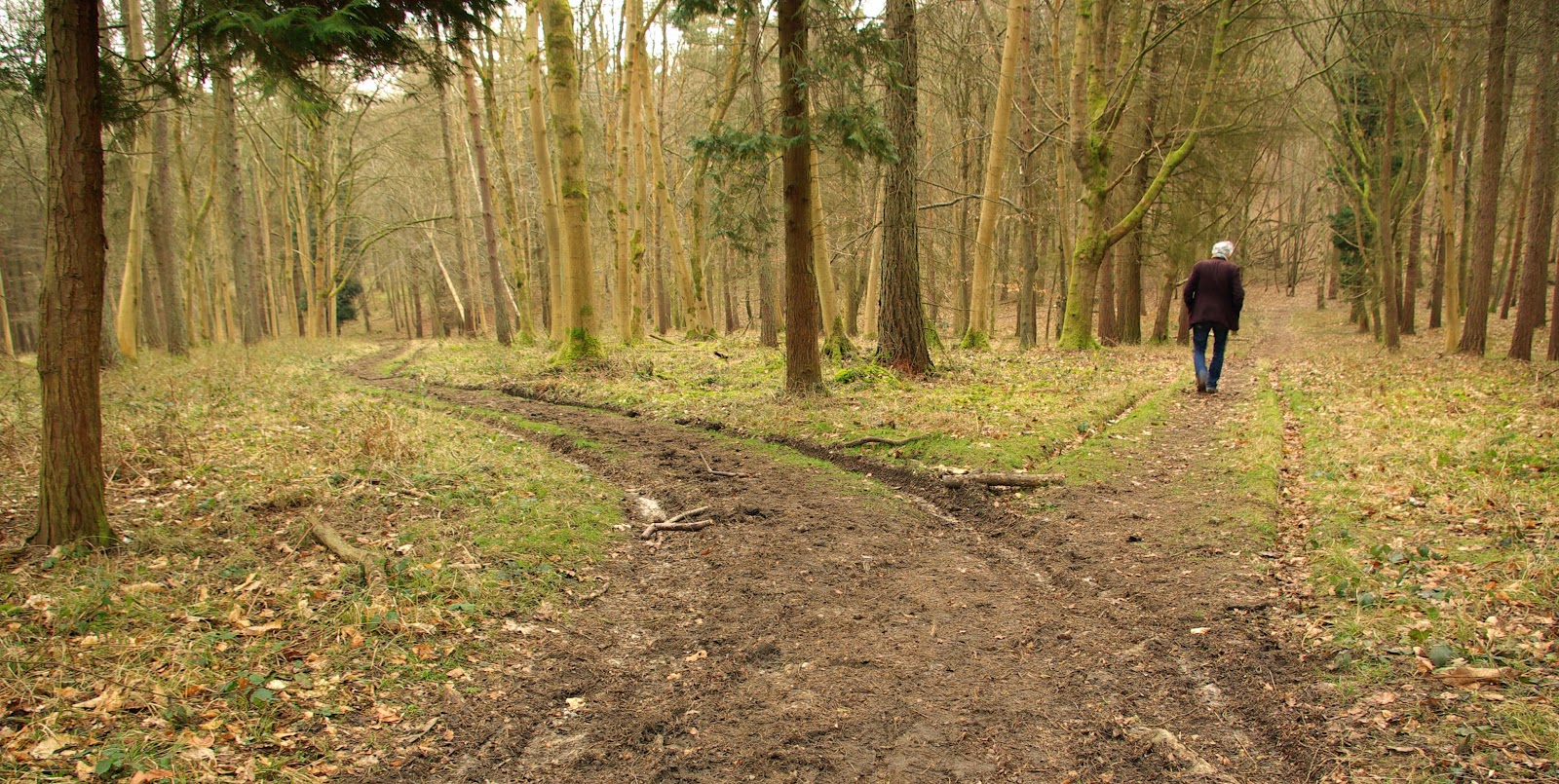 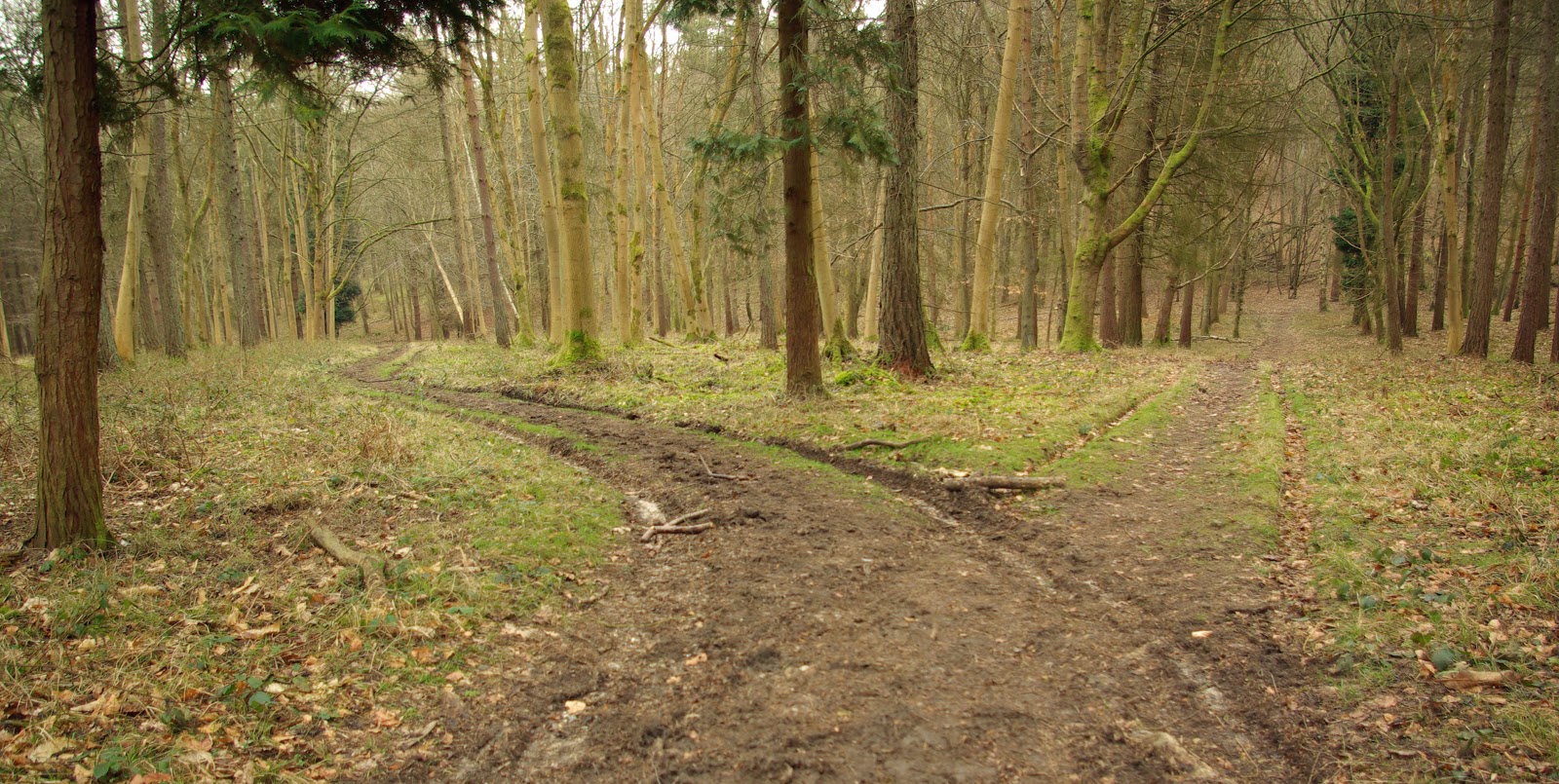 These photographs were taken in Ashridge woods, Frithsden, Hertfordshire, near where I grew up. Although Robert Frost may have composed these lines in Gloucestershire when with Edward Thomas in 1914 or so, they also walked together in the Chilterns near Beaconsfield when the Frosts first came to England.

I will admit therefore to much inaccuracy in these pictures - the yellow of the woods, for instance, was not autumnal but the spring glory of wild daffodils - but nonetheless the poem inspired the pictures and I feel they capture something of the indecision imagined. 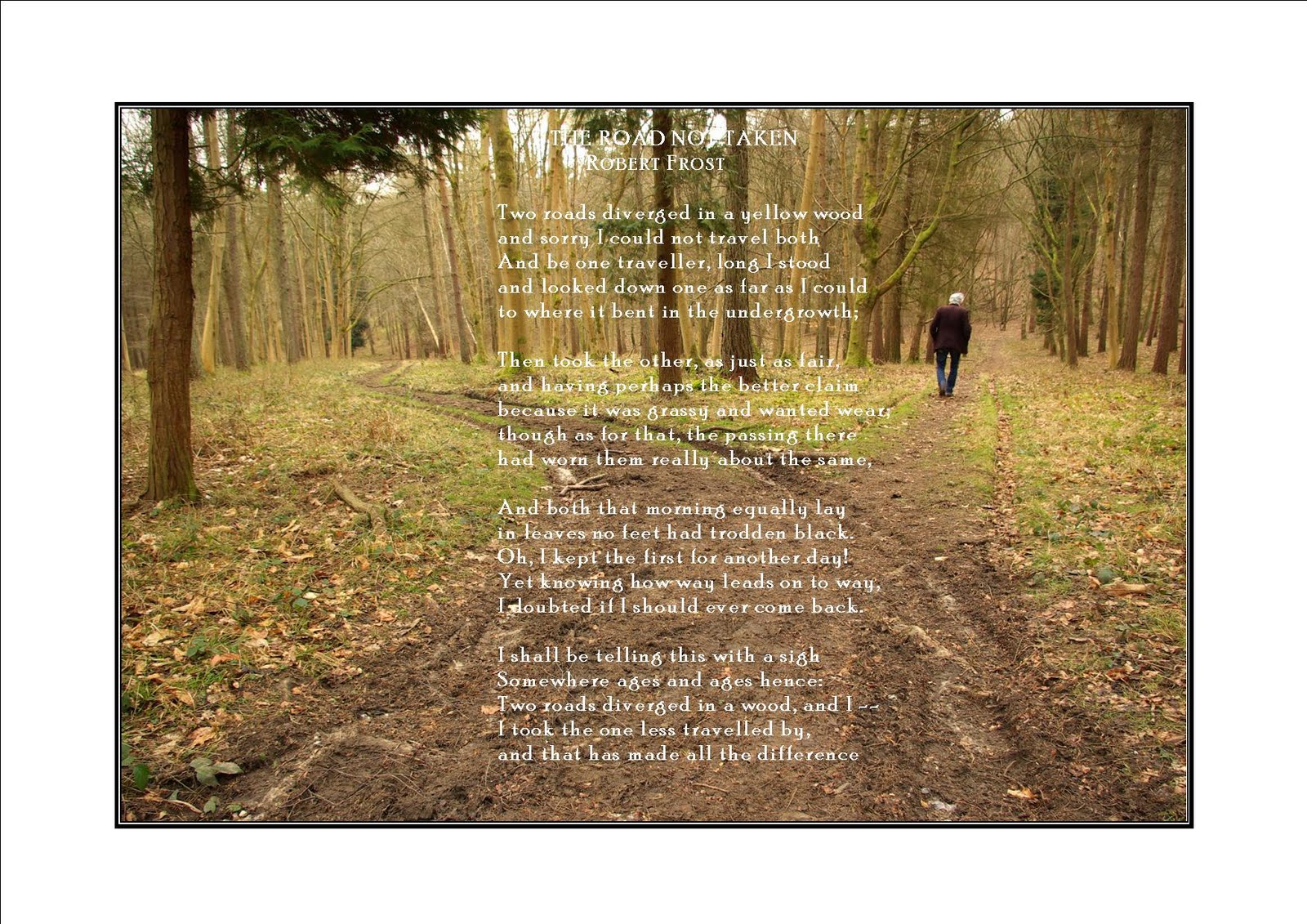 Robert Frost on his own poetry:


One stanza of The Road Not Taken was written while I was sitting on a sofa in the middle of England: Was found three or four years later, and I couldn't bear not to finish it. I wasn't thinking about myself there, but about a friend who had gone off to war, a person who, whichever road he went, would be sorry he didn't go the other. He was hard on himself that way.

The friend was Edward Thomas, and the poem was intended to deter him from enlisting. Thomas, however, had made his mind up, and so, although of an age when he need not have served in action, he made his way to the front, and was killed by a shell at Arras on April 9th 1917. 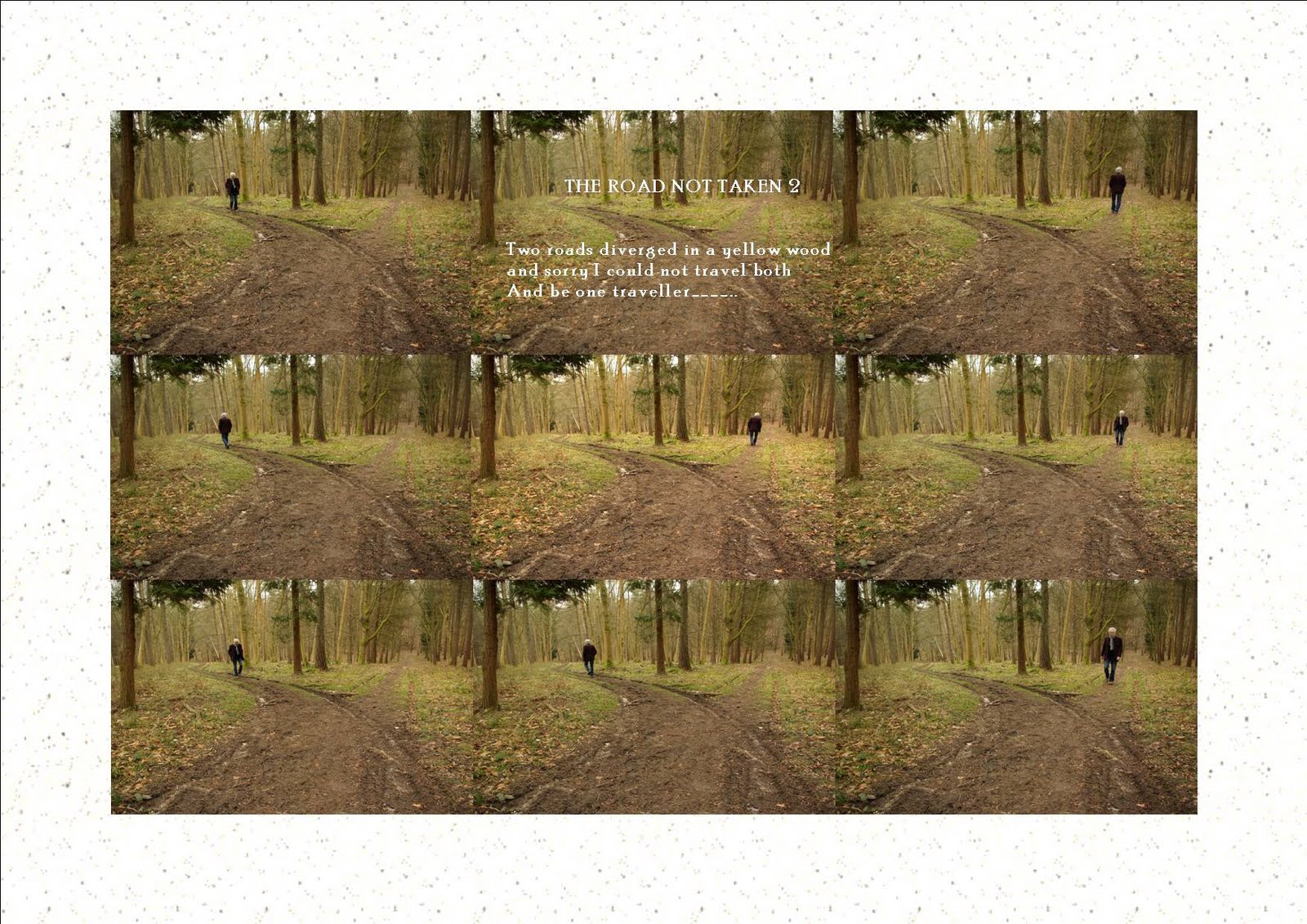 Two roads diverged in a yellow wood,
And sorry I could not travel both
And be one traveler, long I stood
And looked down one as far as I could
To where it bent in the undergrowth;

Then took the other, as just as fair,
And having perhaps the better claim,
Because it was grassy and wanted wear;
Though as for that the passing there
Had worn them really about the same,

And both that morning equally lay
In leaves no step had trodden black.
Oh, I kept the first for another day!
Yet knowing how way leads on to way,
I doubted if I should ever come back.

I shall be telling this with a sigh
Somewhere ages and ages hence:
Two roads diverged in a wood, and I—
I took the one less traveled by,
And that has made all the difference. 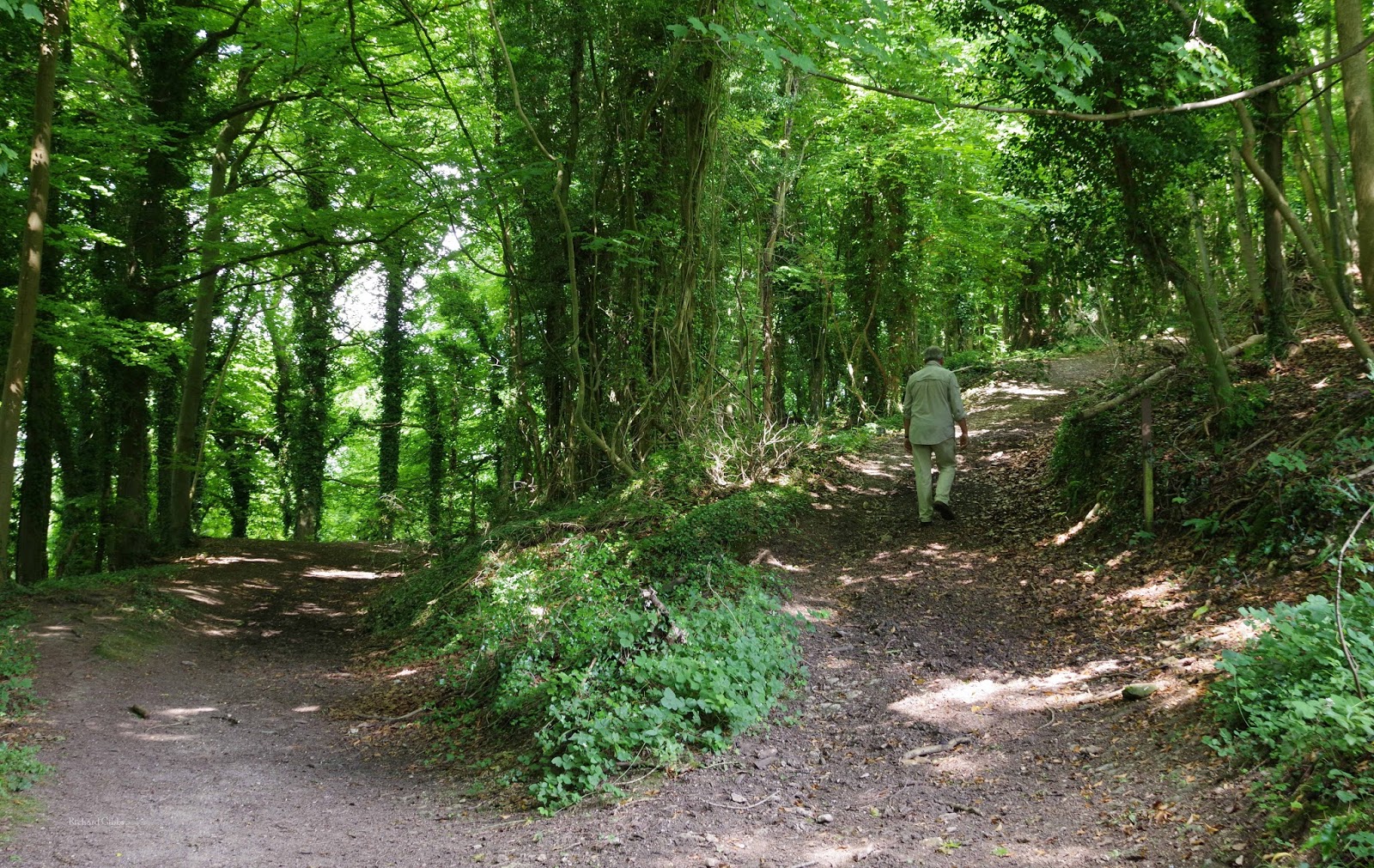 These two pictures were taken in Gloucestershire, not that far from Ledbury, where Frost and Thomas certainly walked. They could therefore be more authentic, but this simple image of decision is a telling metaphor for those questions that life occasionally presents wherever it is staged. Should we follow our instincts? Or take the less obvious option? Should we follow the crowd, or strike out on our own? Circumstance and experience count for much, but every time the dilemma arises, we have to make a decision, or be left standing where the paths diverge. 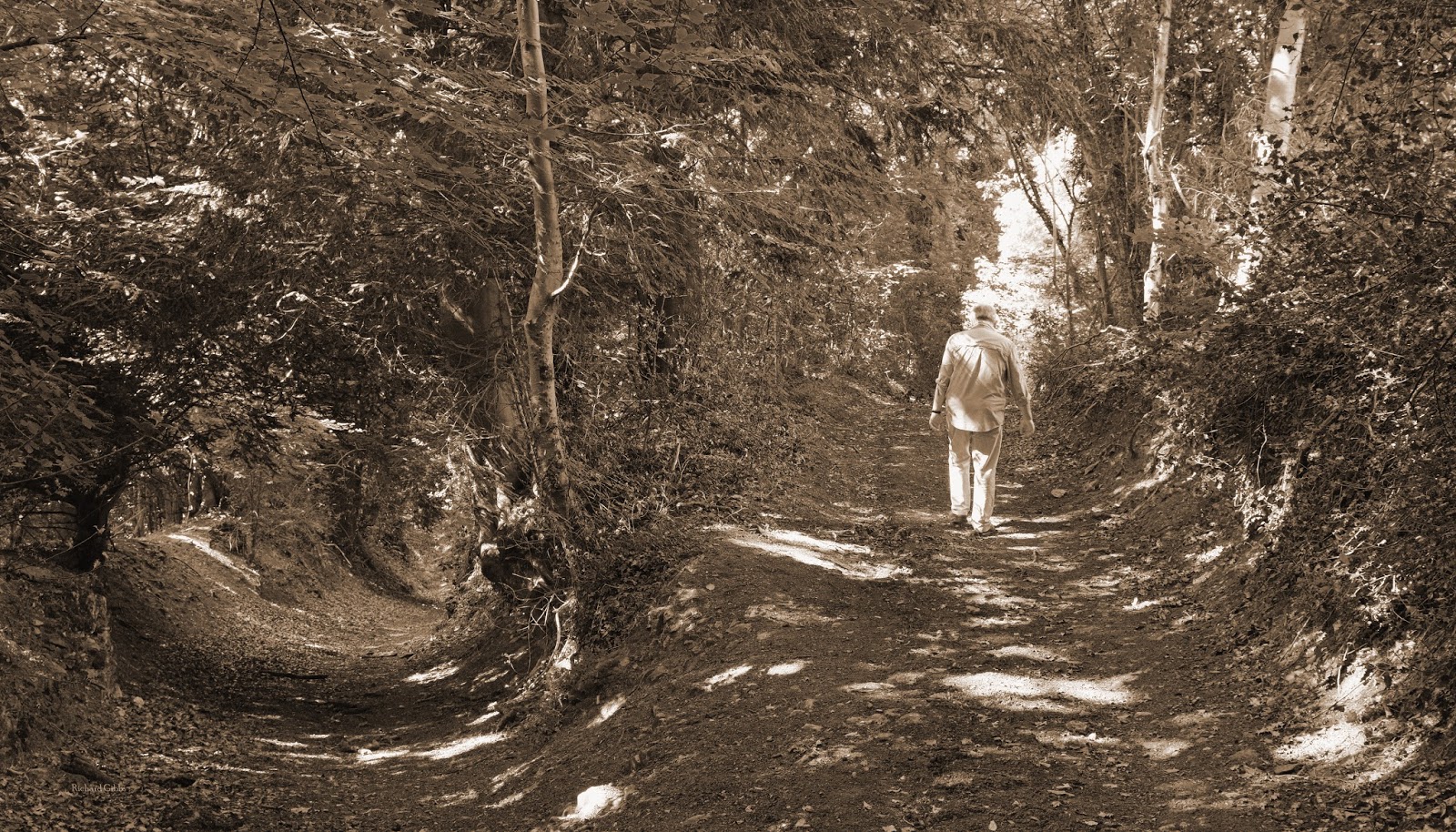 I now know that the poem may have been at least polished and finished when the Frosts lived near Dymock (which now has a group known as the Friends of the Dymock Poets which celebrates the extraordinary years when six poets lived in the area).  Frost and Thomas walked extensively in the area between May Hill and the Malvern Hills, exploring without maps, walking and talking, and sometimes arguing.  Frost commented on Thomas's indecisions, and poked fun at his tendency to regret having taken one path instead of another. The poem is therefore not simply about one man's decision to enlist. In fact it may also be about Frost's own indecisiveness when he was at a crossroads before coming to England.....

Ironically, one of Edward Thomas's literary preoccupations was with his concept of the other. There is a sense that perhaps the other might have taken the alternative way...

He lived as one under a ban
For this: what had I got to say?
I said nothing.  I slipped away.

The sun used to shine while we two walked
Slowly together, paused and started
Again, and sometimes mused, sometimes talked
As either pleased, and cheerfully parted.


From The Sun used to Shine

Written about his walks with Robert Frost


They tell me the cottage where we dwelt
Its wind torn thatch goes now unmended
Its life of hundreds of years has ended
By letting the rain I knew outdoors
In onto the upper chamber floors.


which also became home to the Frosts after the outbreak of war. 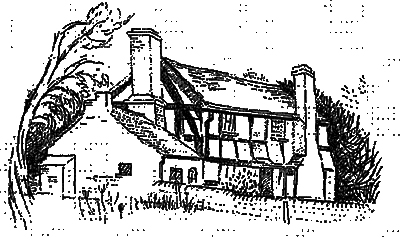