I got to light out for the Territory..... 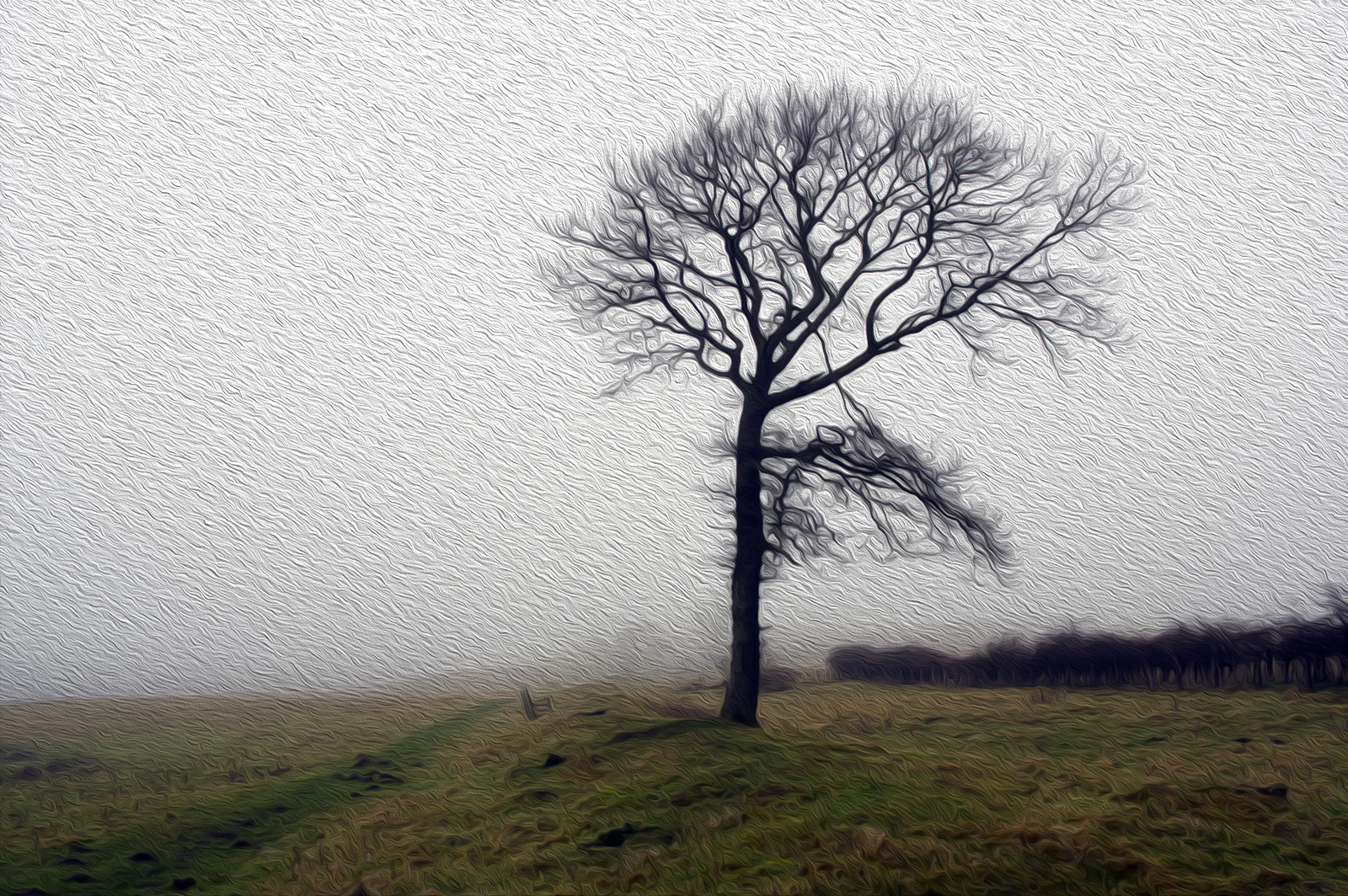 On Wenlock Edge the wood's in trouble.... 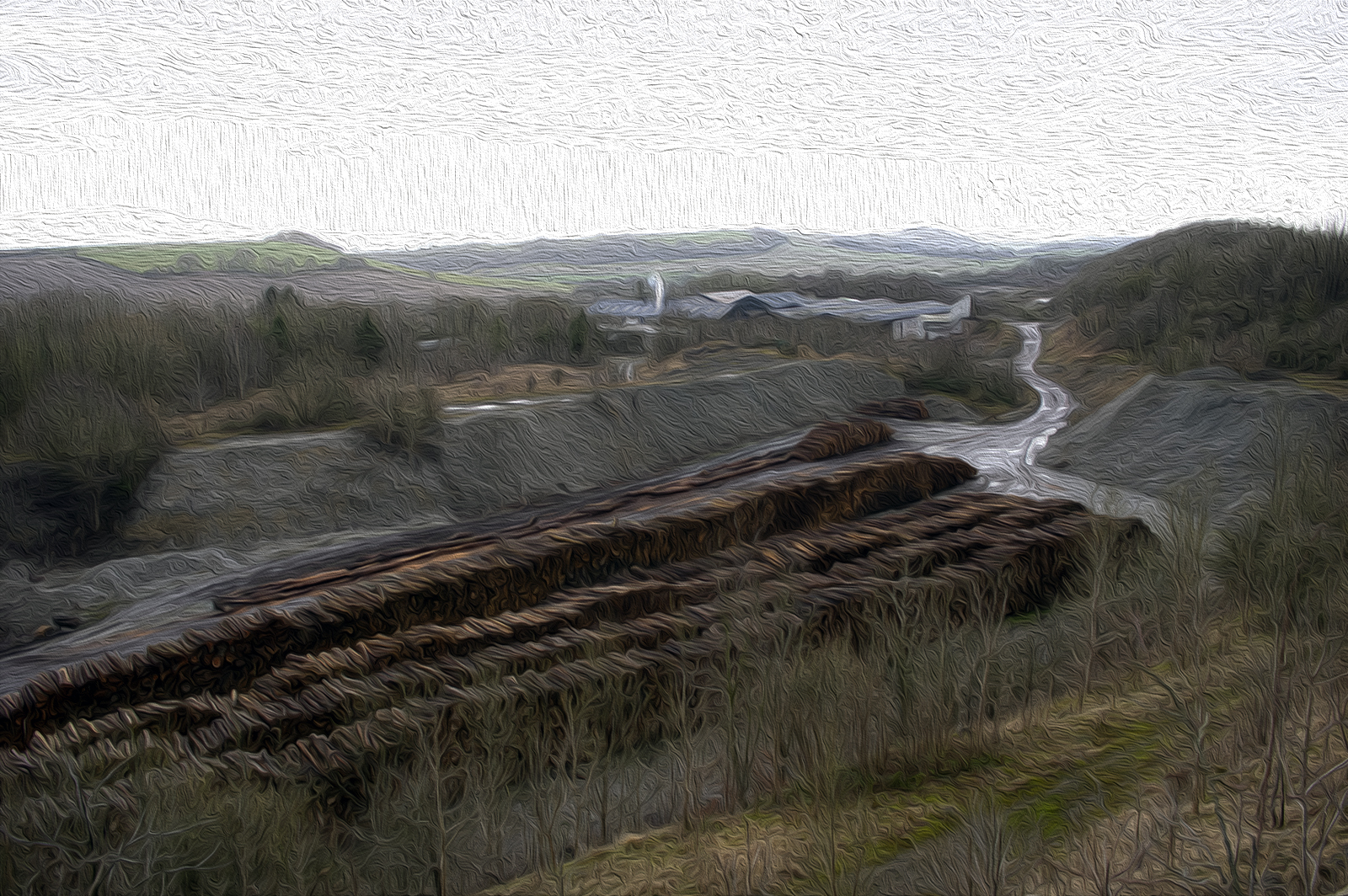 When a yellowing, ignorant old rich man gets away with berating a teenage girl who passionately wants to preserve something of this world before it turns into another Mars, something is wrong.

And on Wenlock Edge I am caught between the timber yard, with its piles of stripped timber in the old quarry, and the hedge layer, Len, whose aim is to be able to contain his sheep in fields with natural, living hedges, rather than steel and concrete....

I am uplifted by his openness and geniality.  Sadly I don't find this everywhere. He immediately shows empathy for Amanda's disability.  His brother works on the sound for the Timothy West/Prunella Scales Canal Cruise programmes, so he understands.

Somethings may be right, after all..... 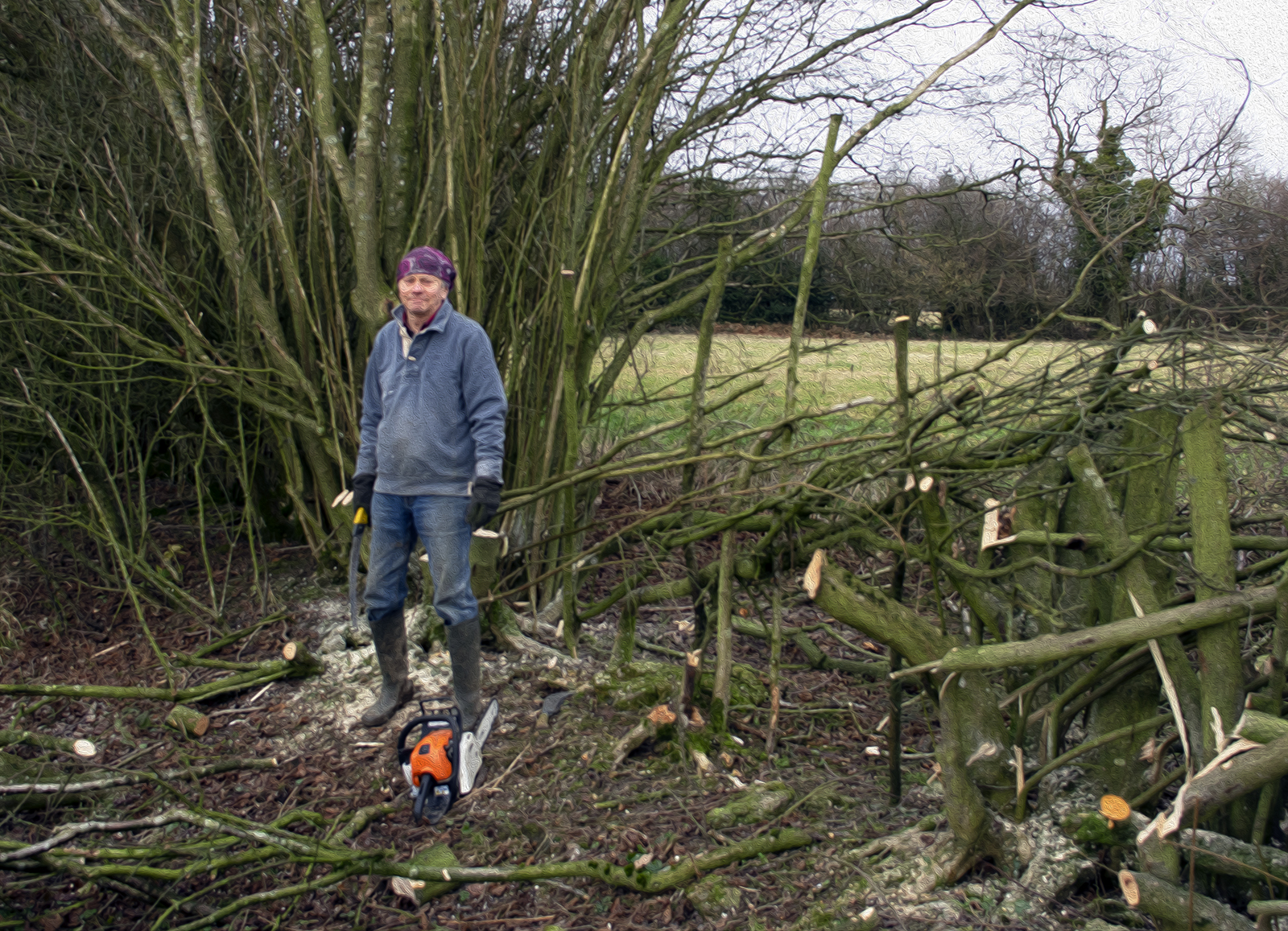 Later, I walk along Offa's Dyke, high in the clouds of nothingness.  The trees bent by the prevailing winds, 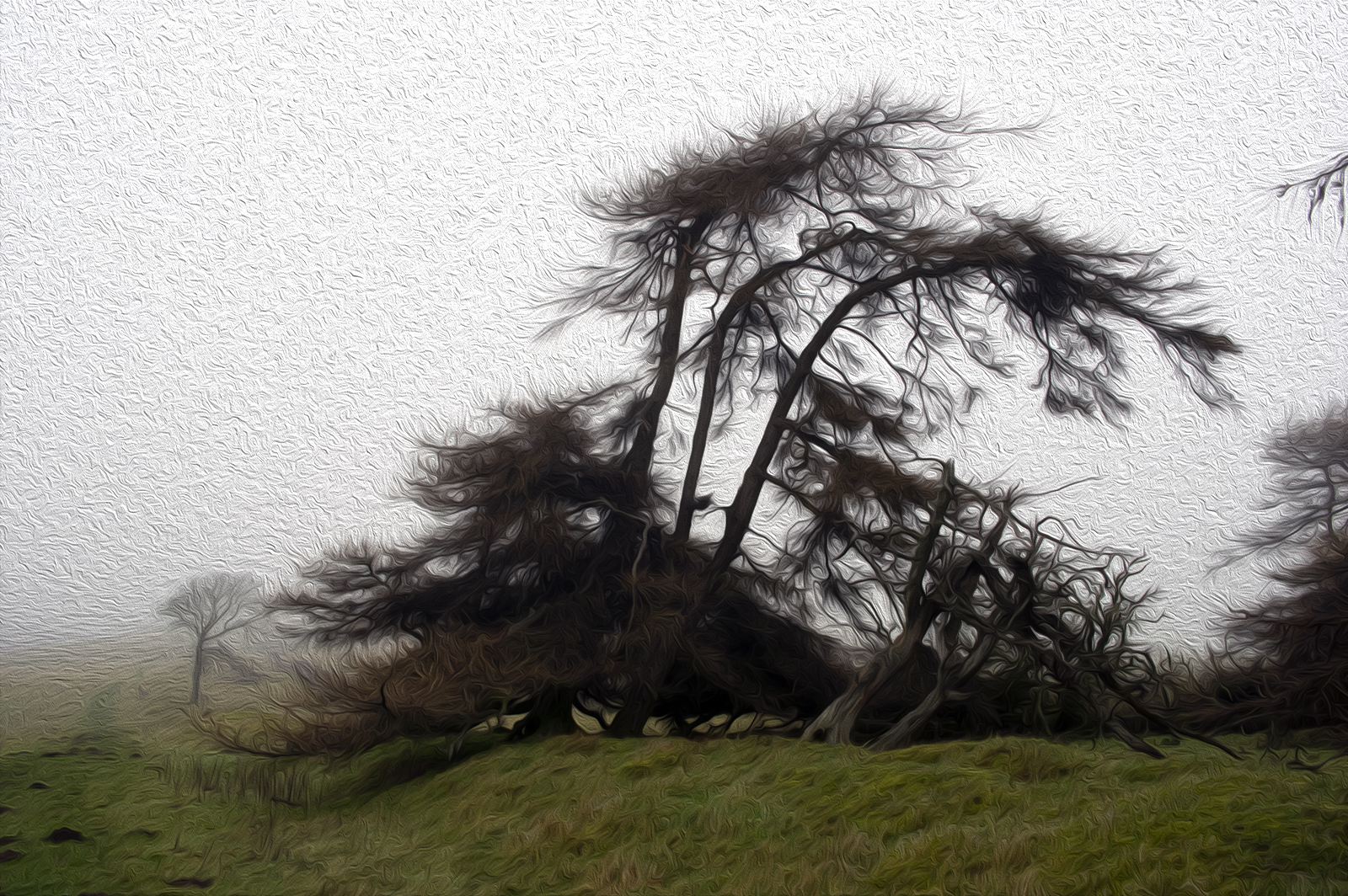 The tracks full of churned mud, farm equipment idle in the slurry, 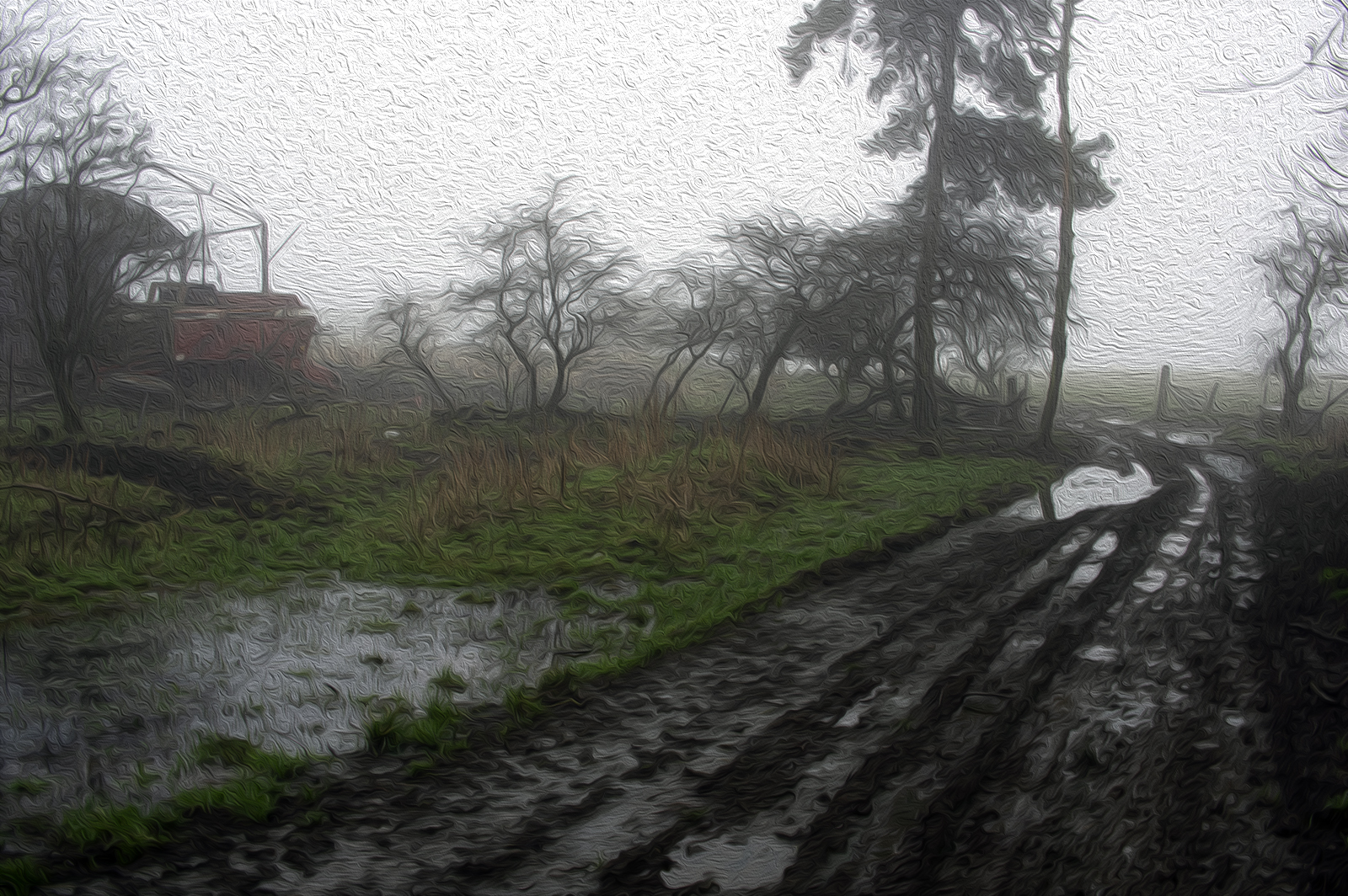 There's a beauty in isolation; although the path is well trodden, I encounter no one, which eases me (though perhaps it would be nice to see the views....) 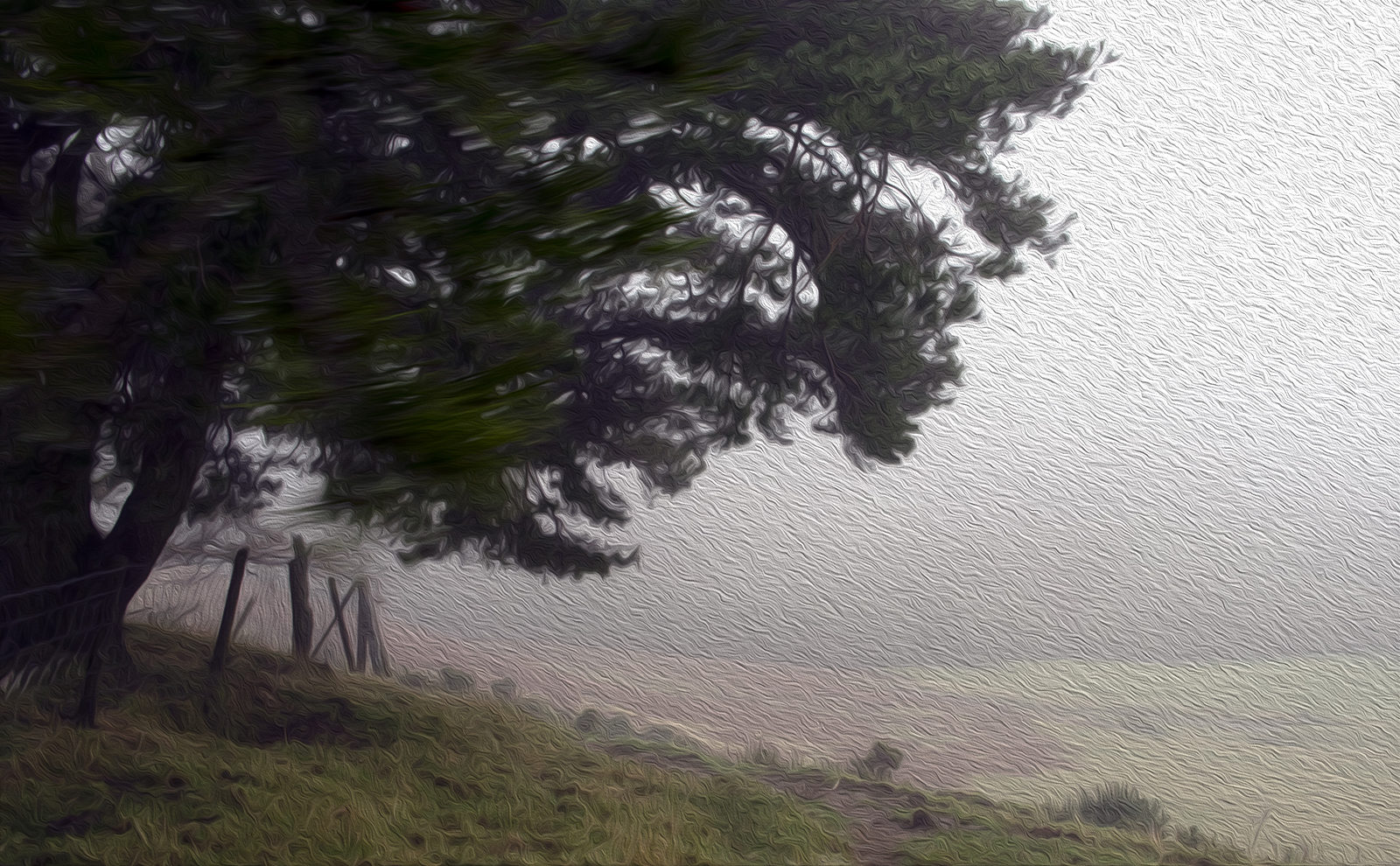 I hear buzzards mewing, and crows arguing, and wonder at the disturbance of birds; then I find their reason: the circle of life..... 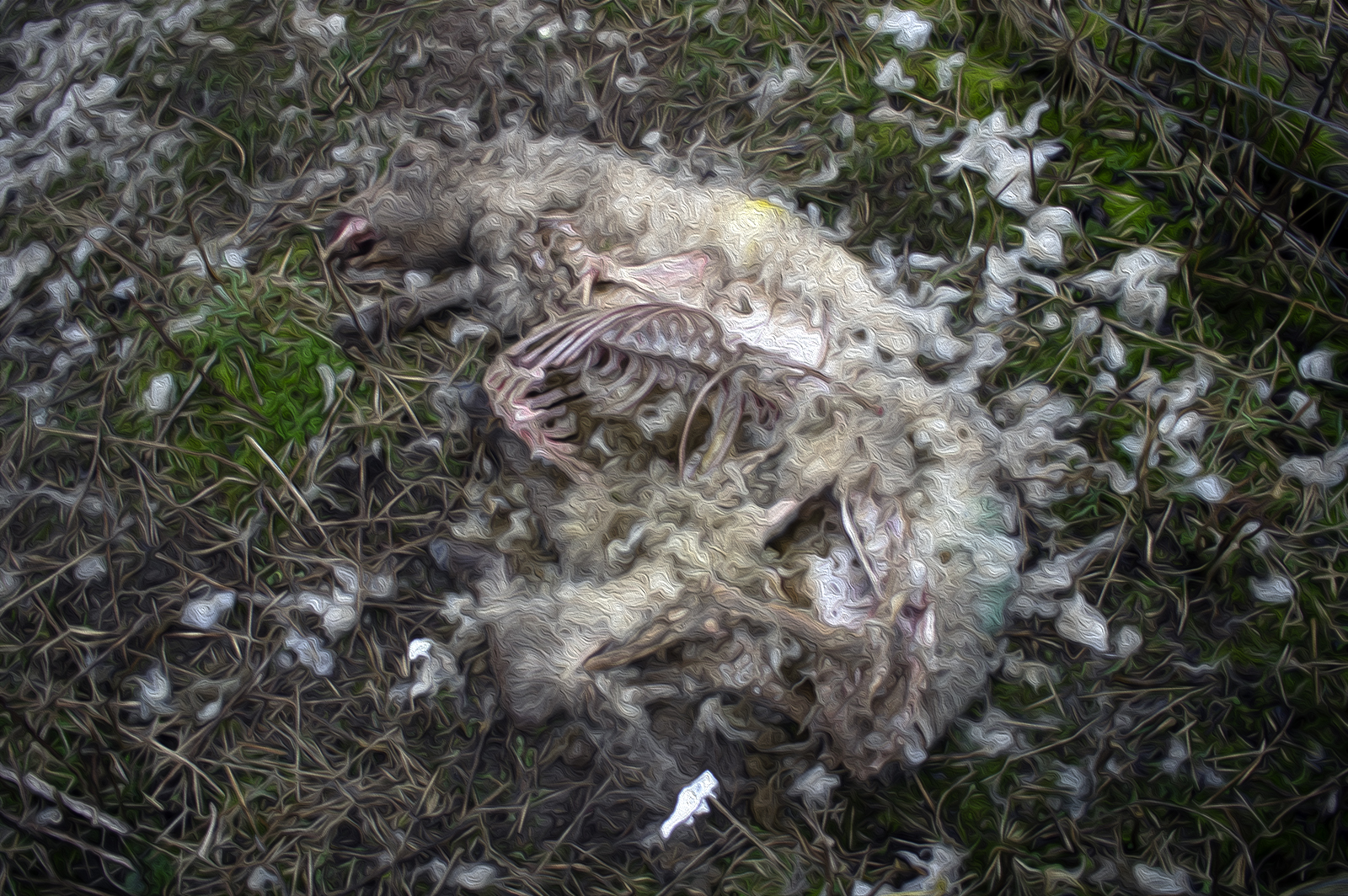 Later, after miles of misty trudge, I refresh myself in the Horse and Jockey, in Knighton.  By the old school I encounter Andy Hazell, erstwhile photographer for the Observer, for twenty years inhabitant of this engaging backwater. Curiously, perhaps, we both knew Bruce Lacey (https://www.theguardian.com/artanddesign/2016/feb/20/farewell-bruce-lacey-multifaceted-artist-who-was-one-of-a-kind) a wonderful example of the kind of eccentric artist we used to celebrate in this country.

Andy is refreshing to talk to, and, like Len, uplifting to me, in that he has a purpose and takes pleasure in what he does....

Currently Andy is making a space shuttle, out of assorted findings, including a chicken feeder.  He is neither Elon Musk, nor Donald Tusk, but his inventiveness is glorious. His ambition unfettered. 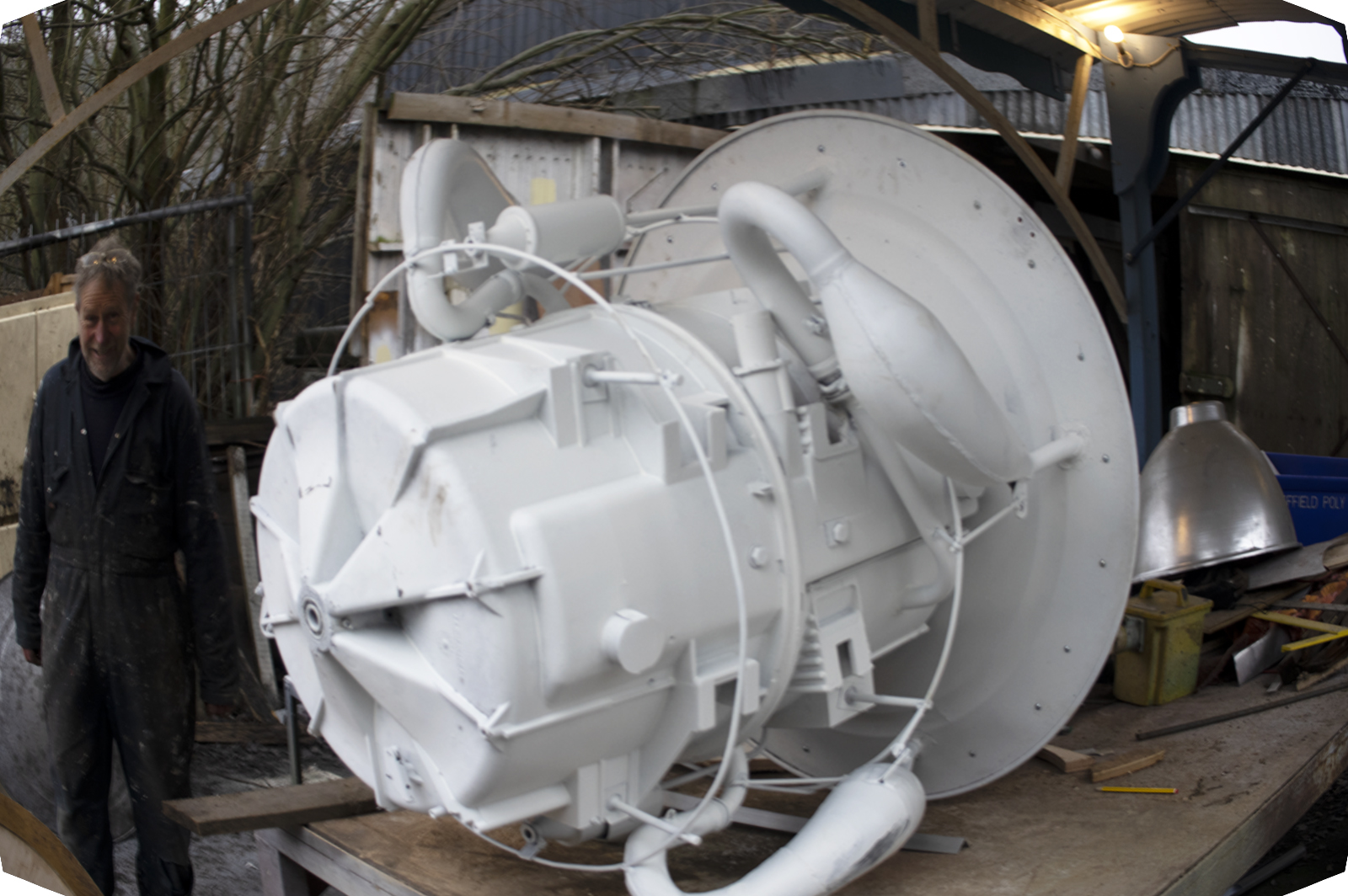 It is refreshing to talk.  But Andy is moving to Norway.  He has had enough of this land of lies where government doesn't care and opposition is self-centred (my words not his).

I am reminded that the grass can be greener, and that maybe it is time to move on, to leave behind dissatisfaction and frustration.

'Tis a long way further than Knighton,
A quieter place than Clun,
Where doomsday may thunder and lighten
An little 'twill matter to one.

A E Housman
A Shropshire Lad 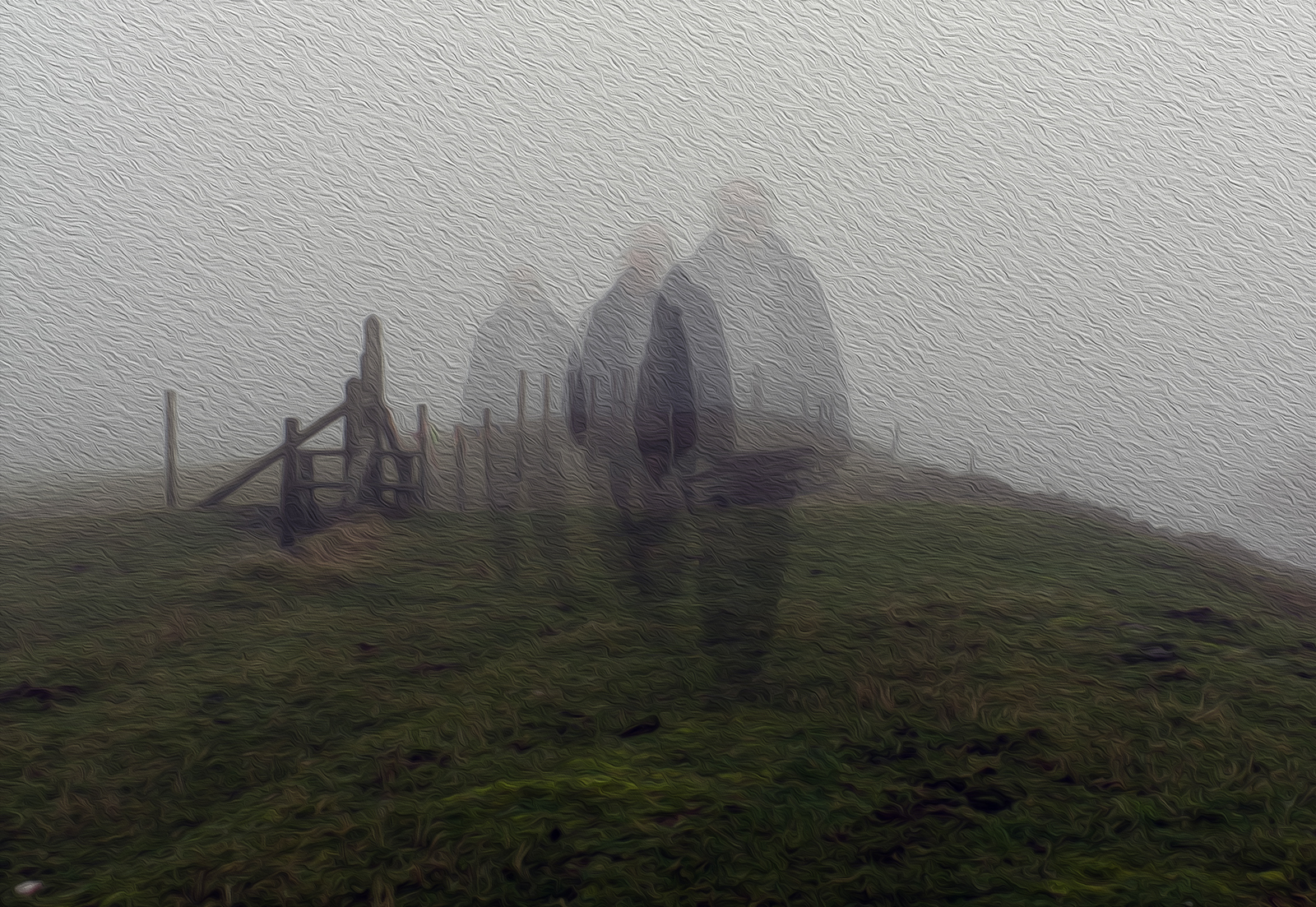 But I reckon I got to light out for the Territory ahead of the rest, because Aunt Sally she's going to adopt me and sivilize me, and I can't stand it. I been there before. 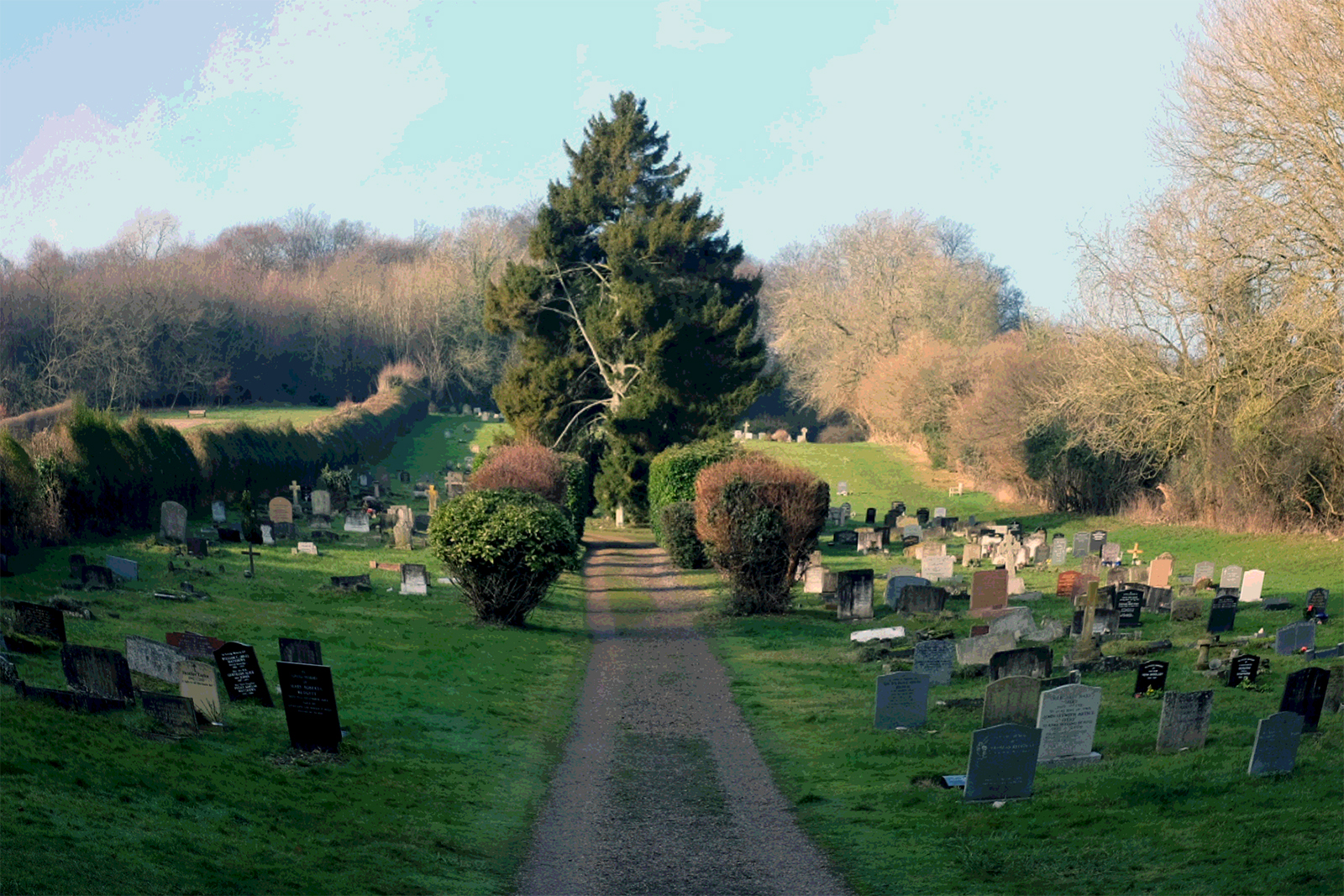 
The fees - and ways to avoid them

Cremation: £832
Burial: £2,174
The alternative: You can be buried in your own garden, but the location of the grave must then be written into the deeds of the house.The local council’s environmental health department would need to confirm the chosen site is acceptable.
Clergy or officials: £159
The alternative: A friend or family member can act as a celebrant to officiate at a less formal ceremony.
Funeral Director: £2,595
Typically includes storing the body; the coffin and hearse. Can also provide professional services, such as organising venue hire, orders of service, flowers and announcements.
The alternative: Care for the body at home, though it is advisable to take advice from charity The Natural Death Centre (naturaldeath.org.uk). Private ambulances and taxis can be used in place of hearses and limos. Flowers and other arrangements can be handled by the family.
Memorial: £824
The alternative: Scatter ashes at a favourite spot, though check there are no restrictions on doing so – and be discreet.
Catering: £362
The alternative: Relatives can hold a highly personal funeral gathering at home at minimal expense.
Figures from Sun Life cost of dying report 2018.