Somewhere between the sea and the heavens 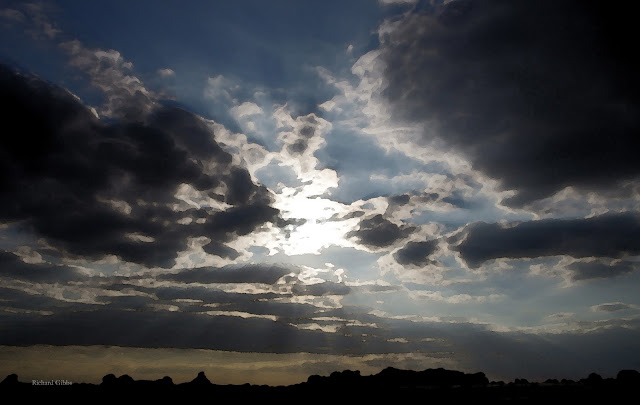 
Dead fingers stretch themselves to tear it down.


I hear those voices that will not be drowned


Calling, there is no stone


In earth's thickness to make a home
That you can build with and remain alone.


Suffolk is a special place.  With vast skies (already celebrated by many artists and bloggers), peaceful landscapes that rise and fall like waves, colourful villages dwarfed by once-rich churches, and a coastline that changes with the winter storms, the county is blessed, guarded perhaps by the angels who seem to have chosen it as their preferred home. 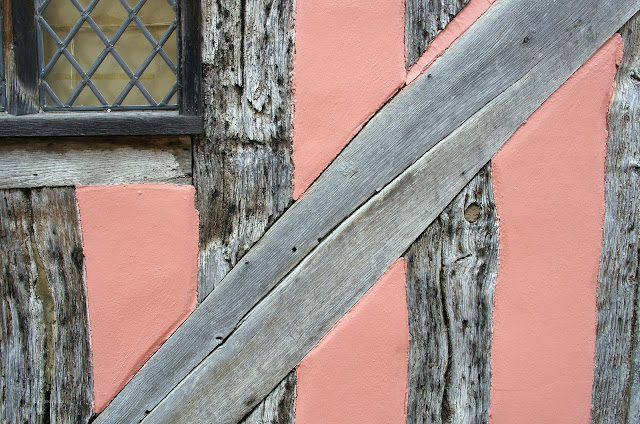 It has also been a special place for writers and artists - from Thomas Gainsborough to George Crabbe, John Constable to Ronald Blythe, Michael Hamburger to Roger Deakin to Benjamin Britten, whose centenary it is this year. 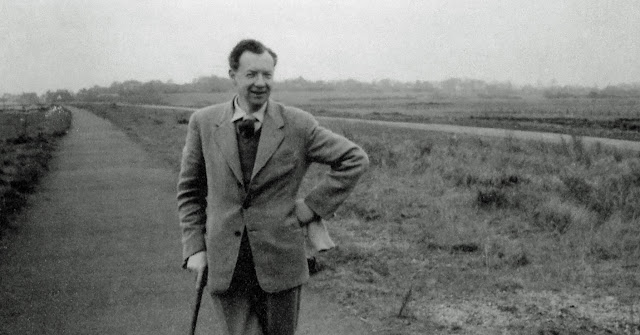 Though Britten was born in Lowestoft, he lived in Aldeburgh for thirty years, and for a memorial visitors can scrumble along the beach to the giant scallop that was erected in his honour, though not without controversy. 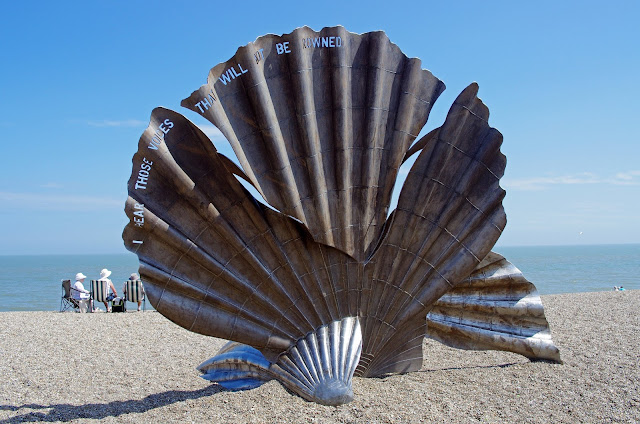 In 2004, Humphry Burton, who worked with Benjamin Britten, wrote in the Guardian that, "I am sad to report that for me (and many other residents) Ms Hambling's stainless steel motif, undeniably impressive when viewed from the east (ie the sea), carries no resonance on this flat and stony shore (with not a scallop shell in sight). The casual visitor is provided with no hint of its memorial nature. Moreover the line inscribed from Britten's opera - I hear those voices that will not be drowned - is an unfortunate one, reminding us that the fisherman Grimes was driven mad by his guilty conscience at having allowed three boy apprentices to die." 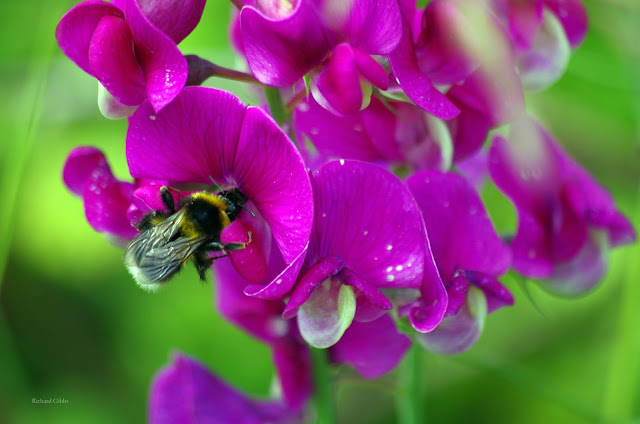 Craig Brown, writing in the Telegraph later that year said that, "Maggi Hambling claimed early on that the scallop was a tribute to Benjamin Britten, even though scallops are not found in Aldeburgh, and feature in none of Britten's operas. In fact, the scallop might just as well have been a tribute to Shakespeare, or Daffy Duck......" 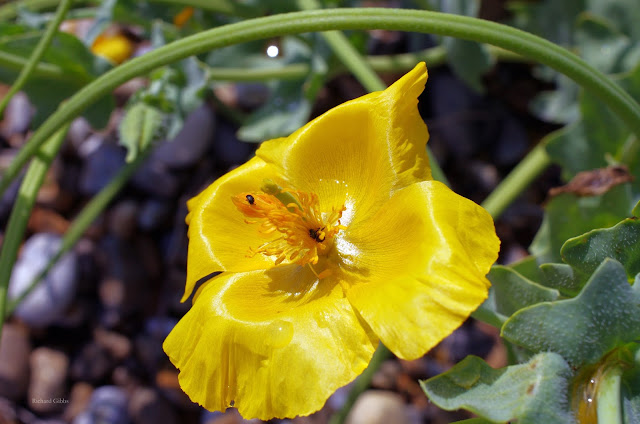 However, despite petitions and umming and erring, the Scallop is still there and there is no other sculpture to honour Britten, who took inspiration from the sea and the wide open shingle beach. Freeman of Aldeburgh Benjamin Britten, was born in 1913 and died in 1976, lived and worked for ten years from 1947 on the front here, but then moved to the more peaceful Red House a mile or so inland.  This is now a place of pilgrimage and study, his studio is beautifully arranged, and there is a comprehensive exhibition of his life and influences.


Britten composed many works here, including A Midsummer Night's Dream and the War Requiem, though sadly the noise of USAF jet training eventually drove him to work a further 25 miles inland, an ironic reflection on the noises of war and the peace of a requiem. 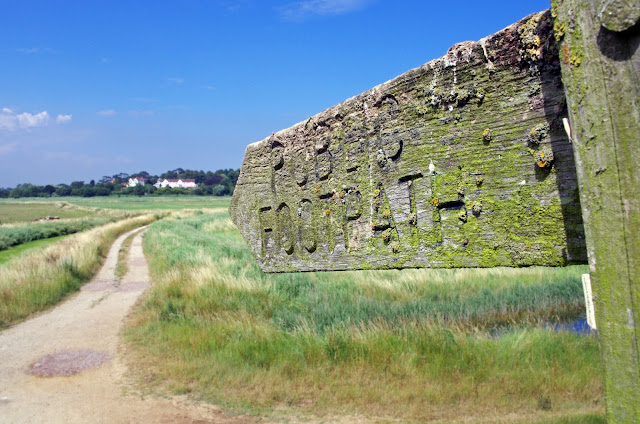 Rural and coastal Suffolk are relatively unspoilt. Avoiding Ipswich and Lowestoft is easy, and walking with a sense of the remoteness and wildness that Britten savoured is not difficult.  As W. G. Sebald wrote in "The Rings of Saturn" in 1992, "I have seldom felt so carefree....walking for hours in the day through the thinly populated countryside, which stretches inland from the coast." 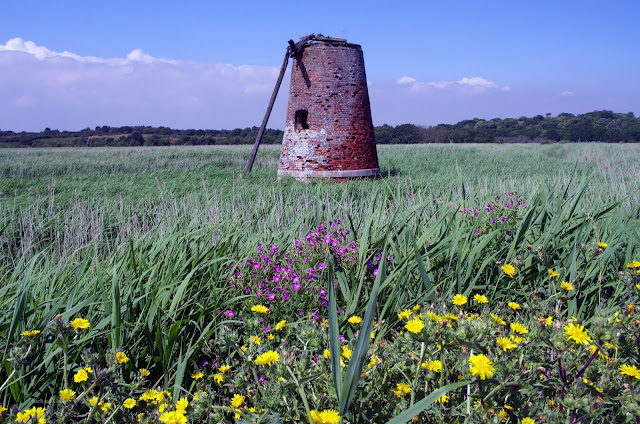 I won't claim this is a timeless place, but perhaps time seems to go slower here than in some other parts of the country.  Narrow roads and lanes lead to and from villages, and modes of transport are not always the most modern. 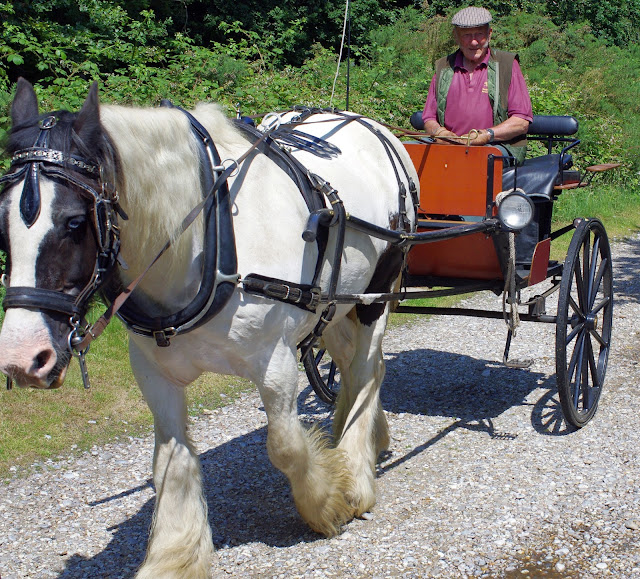 The beach at Dunwich is quiet, where in the thirteenth century there used to be the bustle of trade in one of England's largest ports, with a population of over 4,000.  Now there are fewer than fifty permanent residents, and the majority of the town has disappeared beneath the waves. 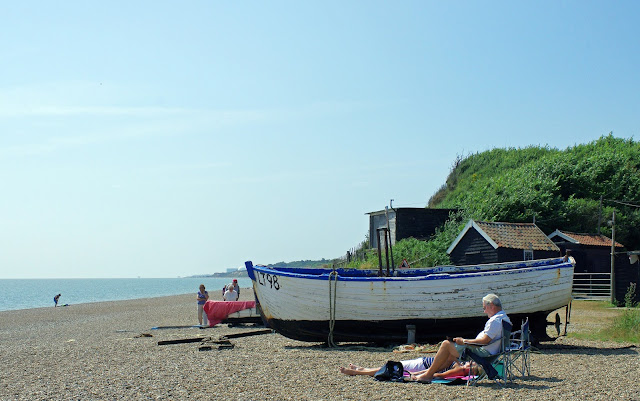 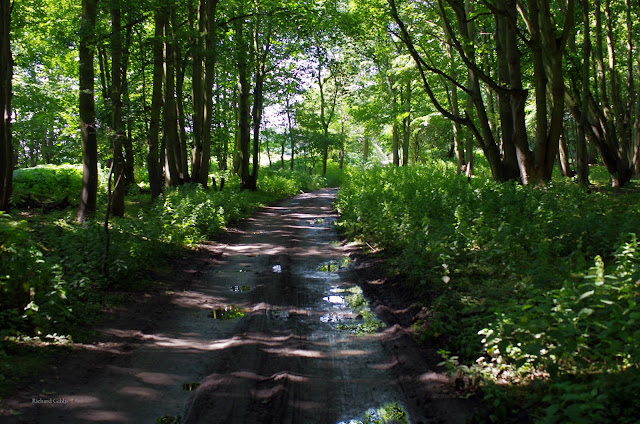 and there is less still on the coastal marshes: 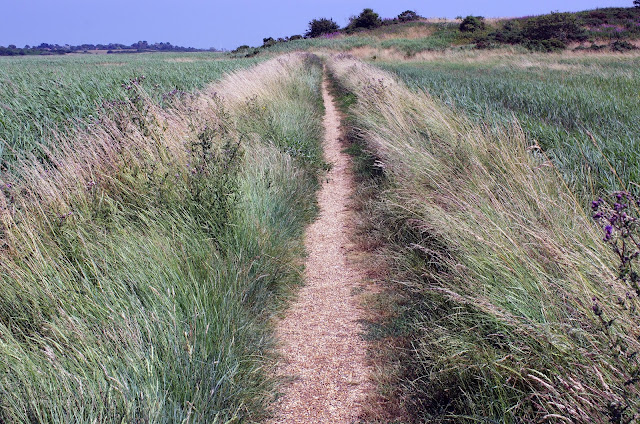 The main thoroughfares used to be the waterways, and sturdy vessels once carried produce to and from the Maltings at Snape: 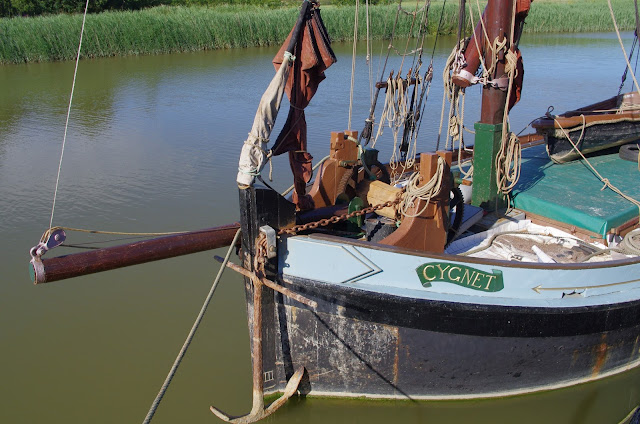 Where now Britten lives on in the concert hall and festival:

Not all is romantic or beautiful. Even in Britten's lifetime there was the frightening bulk of Sizewell A, a magnox power station. This has since been decommissioned and is awaiting demolition, though scarily it started leaking a few years ago.  In the meantime, Sizewell B has reared its more elegant dome, and Sizewell C is now being planned. 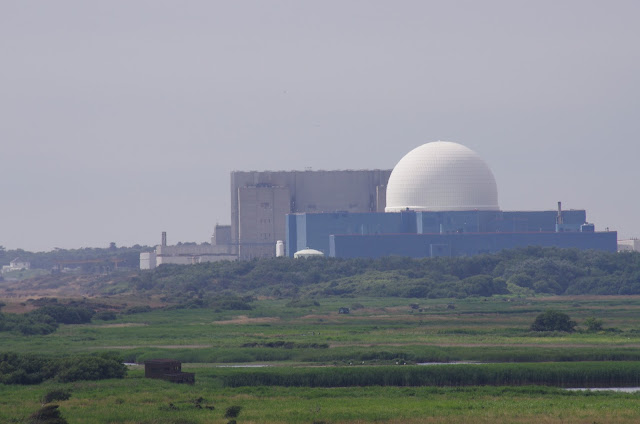 In a way, however, this may preserve some of the isolation and tranquillity of the area, as this shape dominates the Minsmere RSPB reserve, and overshadows the ruins of the Leiston Abbey chapel near the beach, here seen with grazing Konik ponies. 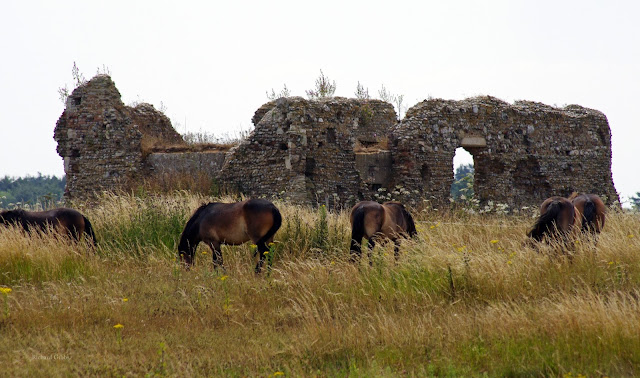 And not far south of Aldeburgh the National Trust preserves the bleak shingles of Orford Ness, site made famous for testing elements of the first atomic bombs, though also a regular bombing range for the RAF and the USAF (those disturbing angels of Britten's peace). 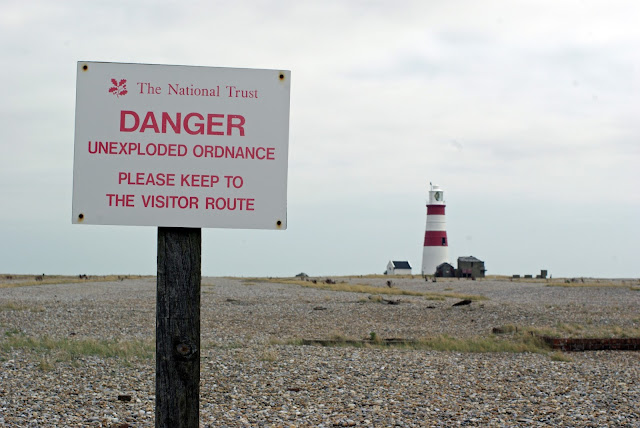 This is an unforgiving area, but it has a certain romanticism in itself, with the sea spray and scouring wind, and strange buildings dotted amongst the vegetation and the birds. 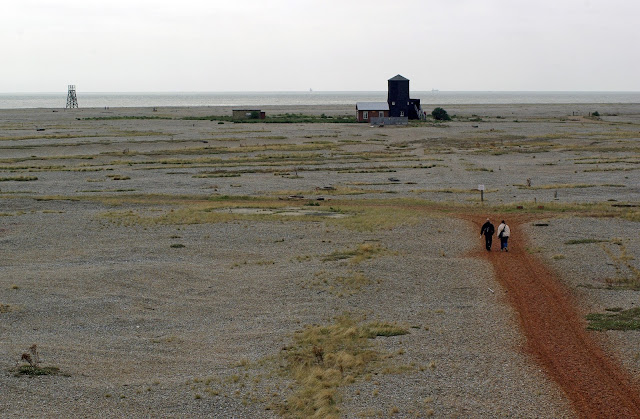 But it is not all bleak.  With an azure sky, the shingle shores are fine for holidaymakers, whether keen photographers: 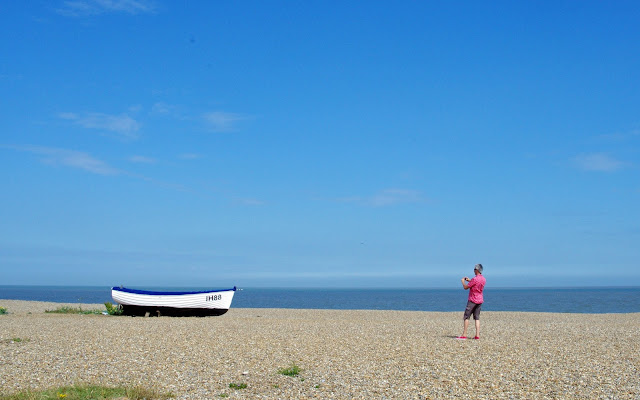 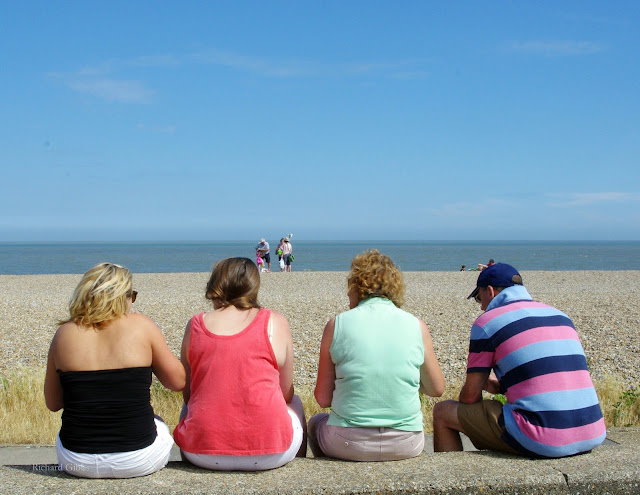 or smokers and drinkers: 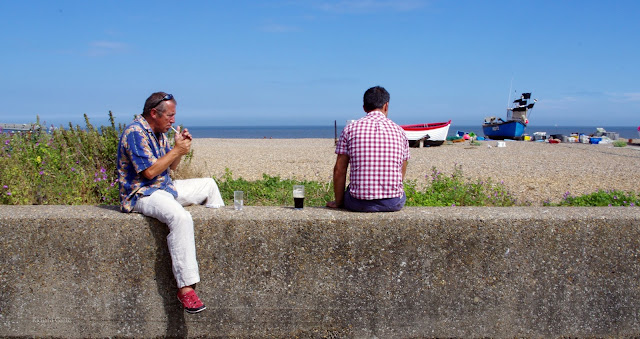 There's another side to this part of the world, though, which also relates to Benjamin Britten.  Although he is famed for his Operas, and he was a prodigious composer, producing over 100 works from the age of fifteen or so until his death in his sixties, he was influenced by the churches around him, and by church music.  He had been taught by Frank Bridge, whose horror at the First World War and pacifist leanings would have affected Britten, who was a conscientious objector in the Second World War and who composed his War Requiem for the consecration of the new Coventry Cathedral in 1961, interweaving the poetry of Wilfred Owen with the Latin Mass.

The churches of Suffolk are famous, and many are disproportionately large for the population they support. This was partly due to the wealth of their patrons, but also due to the desire to have large, well-lit naves for ceremonies and processions, hence the high ceilings and clerestory windows.


Holy Trinity is a very large church which stands on a hill above the marshes which slip away beside the river Blyth to Walberswick and Southwold. 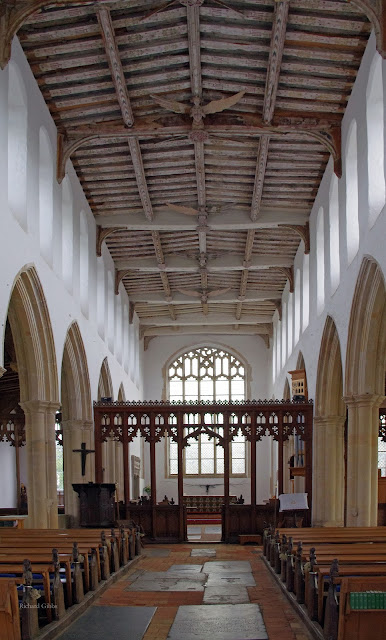 It is 127 feet long and 54 feet wide, and there is a light and spacious feel to the interior which is added to by the flights of  angels singing us to our rest overhead (there were originally 20 - Cromwellian puritans may have seen to the removal of some of them, though decay may also have been responsible). 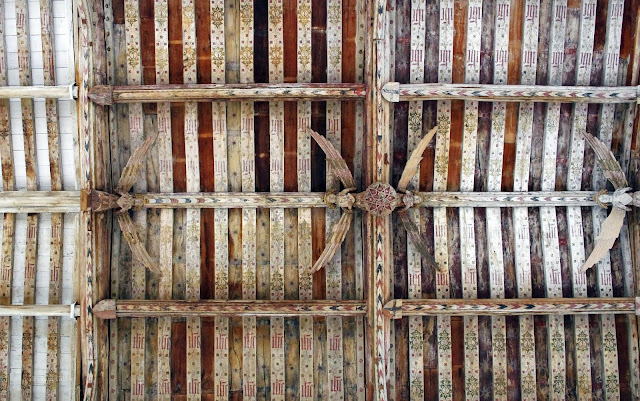 These angels bear signs of the original paintwork (the roof is 15th century) but in the picture below you can see how one of the wings has been replaced.  Some of them also bear signs of lead shot, which was probably due to eighteenth century attempts to clear the church of jackdaws.


There are many other churches in this area which contain angels such as these, or perched as part of hammer beams, though this is claimed by some to be one of the finest medieval churches in the land. Britten certainly came here, and, as with the coastscapes around, this must have informed his imagination.  Dana Bentley-Cranch and Rosalind K Marshall, (with the help of Edward Mayer) have put together a handbook and guide to the Roof Angels of the East Anglian Churches which is most informative and interesting.  [Please see the link to their website below.] 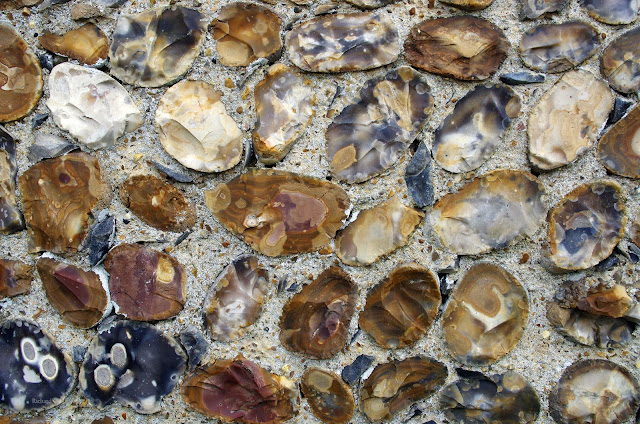 Britten's music is not to everyone's taste. I admit that my education and my ears are not always attuned to his work and sometimes prefer the lyricism of the English pastoral composers. But there is no denying the force and cohesion of Britten's work, and one thing I have picked up on this journey is how the limpid clarity of the Suffolk light seems to be reflected in Britten's voices, and how the smash and swirl of the sea on shingle undertows much of his orchestral sound.


As part of the centenary celebrations, Peter Grimes on Aldeburgh Beach is being released in UK cinemas from Thursday, 5th September, and I am looking forward to this event. When performed in June the papers were full of praise: “one of the most exhilarating opera events I have experienced,” (Sunday Express); “a remarkable and surely unrepeatable achievement,” (The Guardian) and “an open-air production that fought the elements and won,” (The Times). The performances were filmed in June during the Aldeburgh Festival; Peter Grimes on Aldeburgh Beach, takes place in the heart of the town that inspired it and is the film interpretation of Peter Grimes, the most successful opera of post-war Britain.


Based on George Crabbe’s 1810 poem The Borough, Britten’s evocation of the North Sea with its moods has become closely linked with the Aldeburgh that was home to Crabbe in the late 18th century and Britten in the 20th, and where both poem and opera were written.

"What harbour shelters peace
Away from tidal waves, away from storms?" 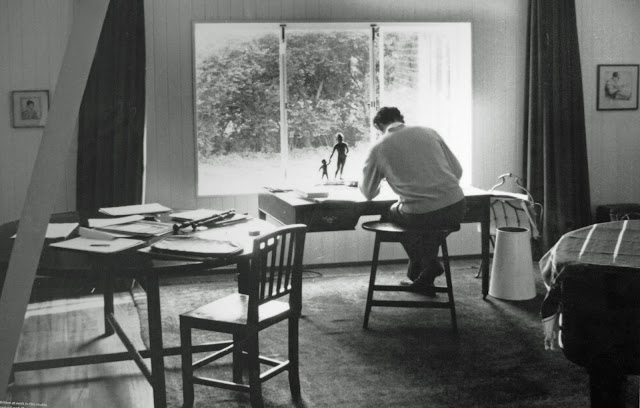 It is not all about Britten.  When all is said and done, and when the centenary is over, there will still be tranquil places in Suffolk, like the Low House (King's Head) in Laxfield, so disapproved of by Crabbe, but not to be glossed over on a visit to this wonderful part of England. 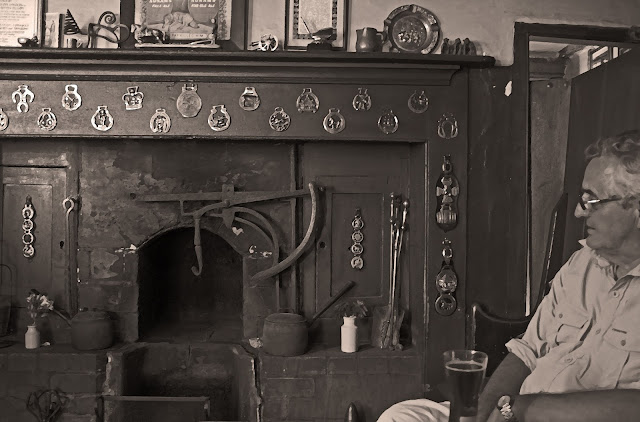 But is Flaminius then the man alone
To whom the joys of swimming brains are known?


Sees bliss in ale, and can with wine dispense;


Beyond the muddy ecstasies of beer;
But simple nature can her longing quench,
Behind the settle's curve, or humbler bench: 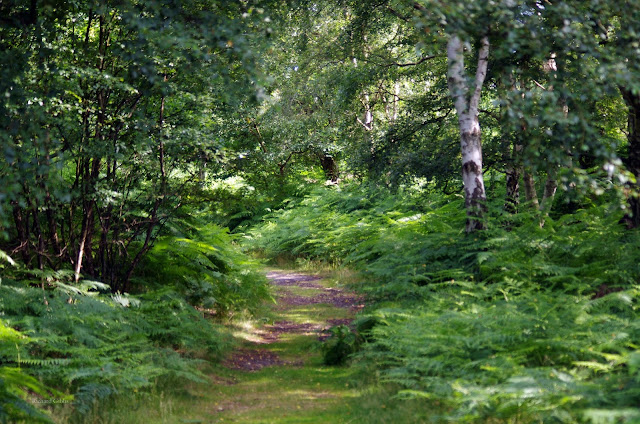