Masks....  If only it were that simple; that beautiful.
Anyway, as we suffer this purgatorial lock-in, it's perhaps only natural that we sift through pleasant memories of past freedoms.... And I cannot help but think of Italy, my home for twenty years, and, up until this pandemic, where Amanda and I have kept visiting several times a year.
In the last half century or so I have travelled throughout Italy, marvelling at the light, the art, the variety, the scenery.  I will never tire of it, though, I cannot deny, it isn't perfect.  Rubbish is a problem.  Politics is a problem.  Progress is a problem (?)
But here are a few of my snapshots from years ago. These are an almost random sample of colour slides I took on various jaunts when all of us were younger, and the future was bright.  Great art they are not, but if for a moment you can join me on an armchair tour of Italy, then sit back and relax.....
The Dolomites.  Stunning mountains and wonderful villages.  I remember beds of eider down, frosty walks with myrtle grappa breath.  Still waters and passing clouds.  Heaven.... 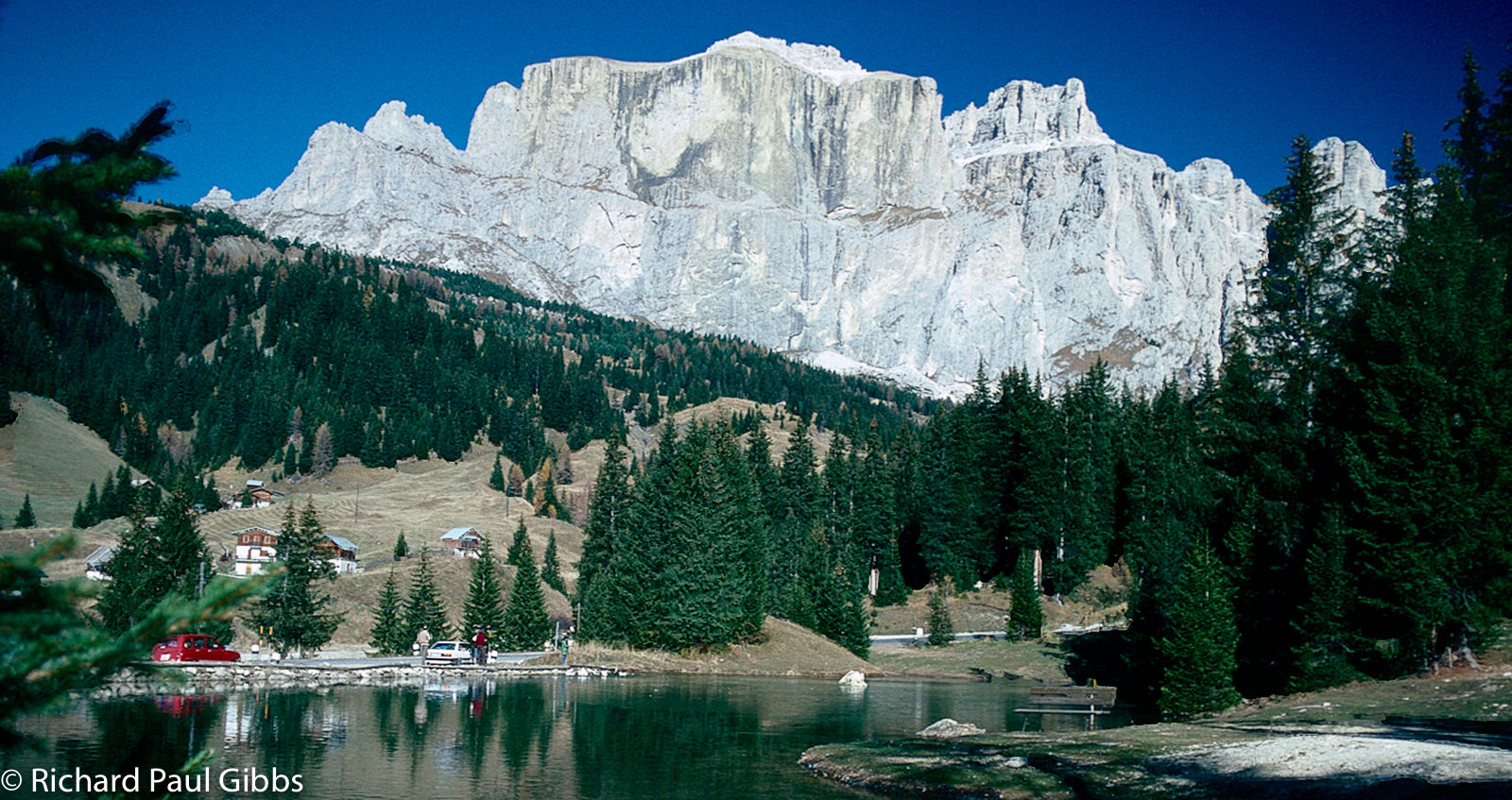 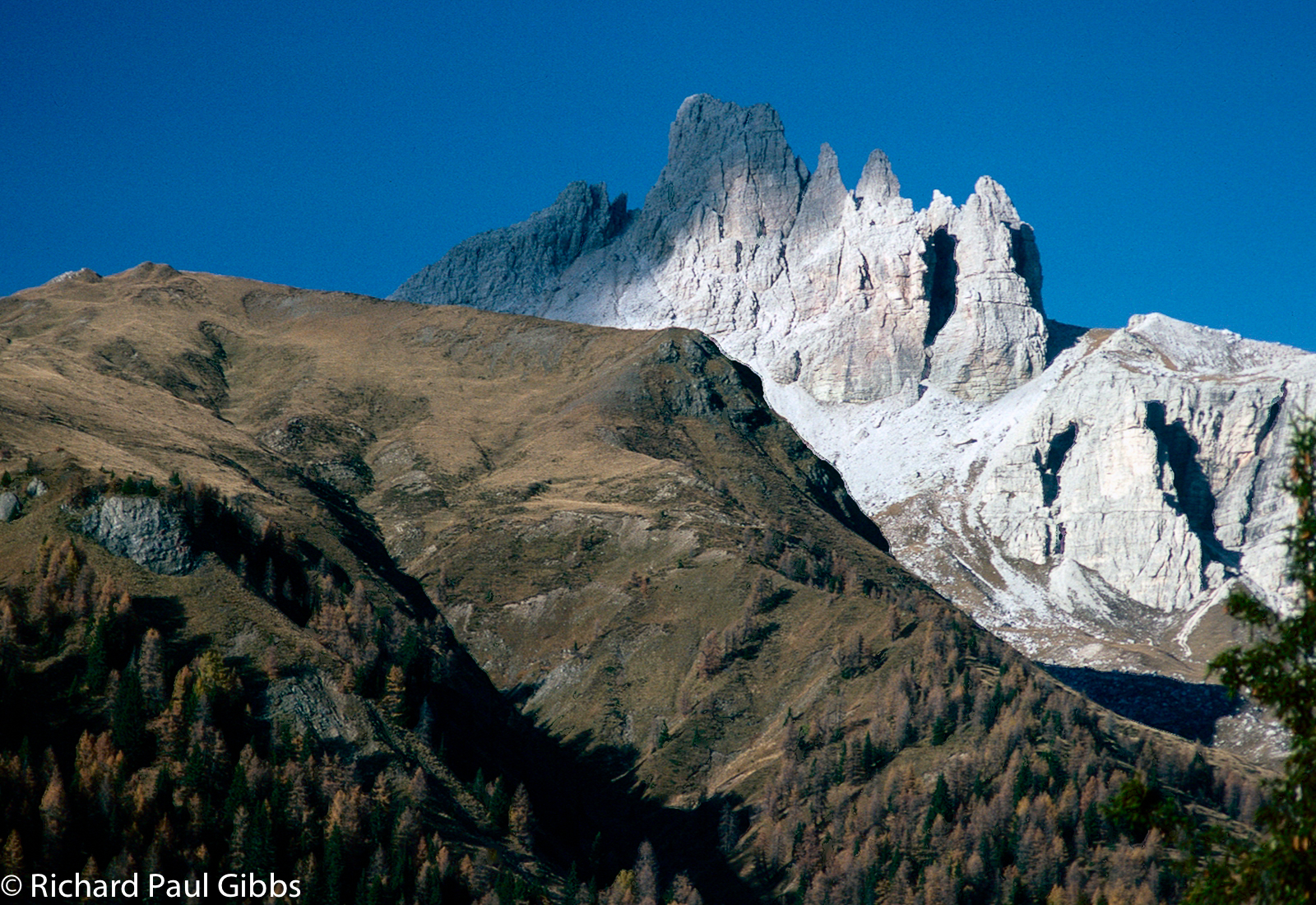 The islands. Perhaps everyone knows something of Sicily, and maybe Sardinia. But there are many more Italian islands. The Tremiti islands in the Adriatic, for example, sparkle with a deceptive beauty, even though the waters may be swarming with stingers......
Amanda and I used to take short breaks on Ponza, a relatively short journey south from Rome.  Once across the water from Anzio on the Hydrofoil, or bobbing across from Formia on a ferryboat, you entered a different world, where wild flowers, seafood and exotic bird life blended into a fantasy I could now die for....
And possibly my favourite, Giglio, where my memories confuse nightly jazz on the stepped streets of Il Castello, with snorkelling amongst rainbows of little fish and gleaming bream deep amongst the off shore rocks....
The mountains of central Italy. The Abruzzi National Park, with its wolves and hilltop villages, its fungi, the lamb cutlets that burn your fingers, and its dark red wine....
Or the unstable hollow that shelters Norcia, birthplace of St Benedict, and, thanks to the genius of monks centuries ago (who devised a way of keeping irrigation water from freezing so they could raise three crops of rice a year, and so had plenty to feed their pigs....) home of the most wonderful hams and sausages..... 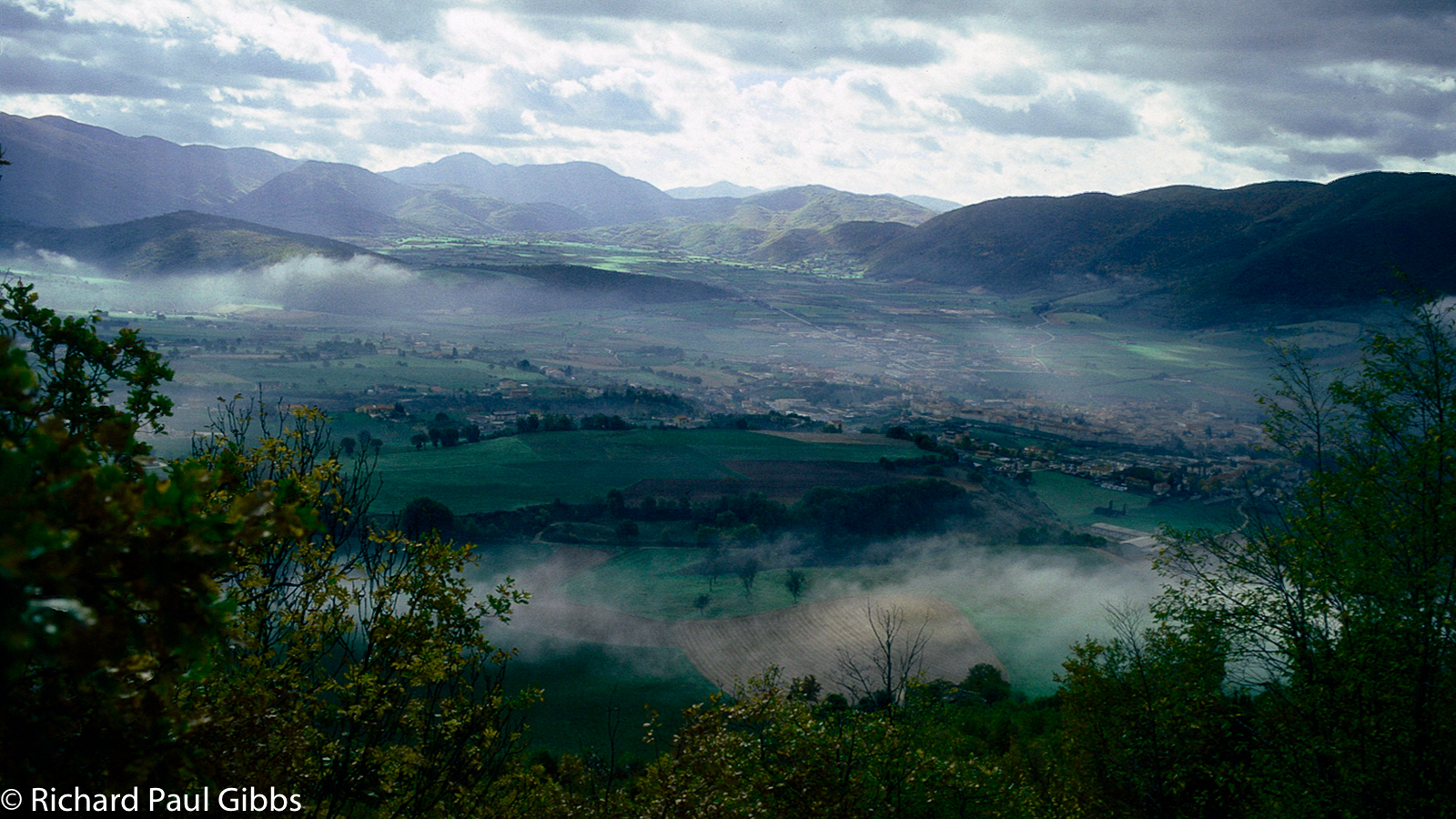 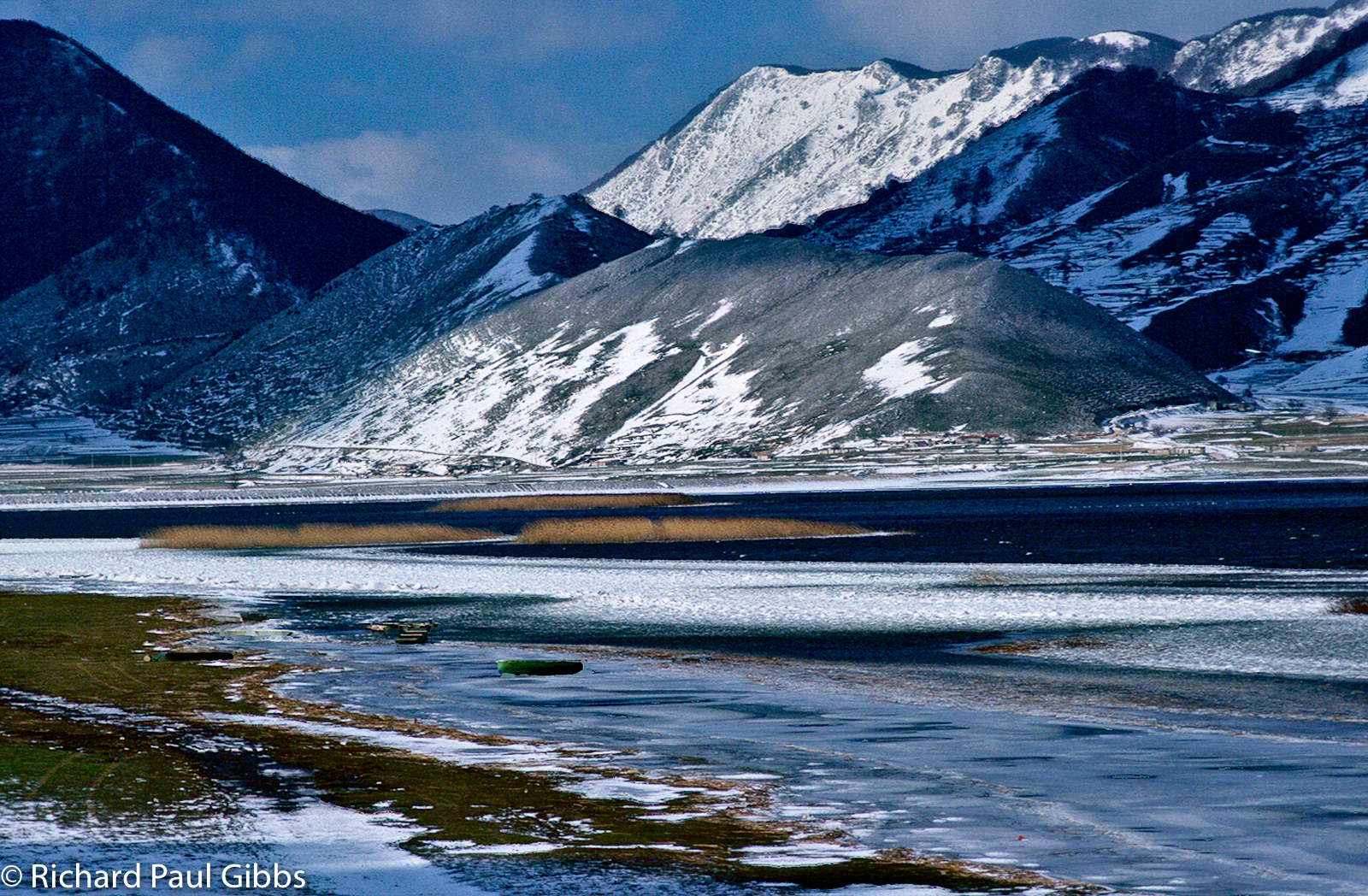 There are so many wonderful places.  Incessant travelling has not exhausted the treasures of this country.  Urbino, for example, with its vast Palazzo Ducale, is one of hundreds, if not thousands, of extraordinary towns..... 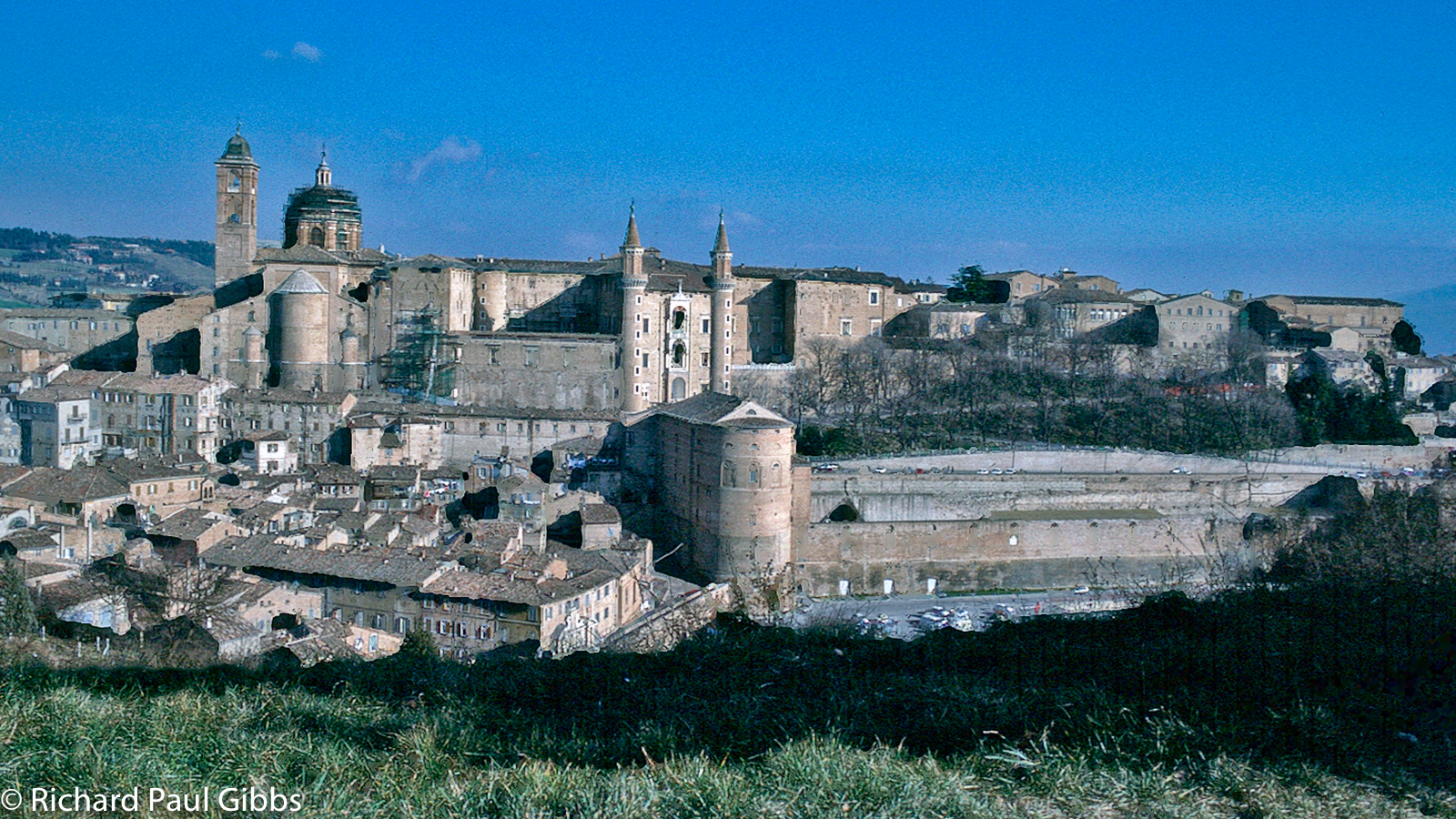 Less well known, and far less rich, is Montescaglioso, in Basilicata, in the south.  But no less fascinating for that.... 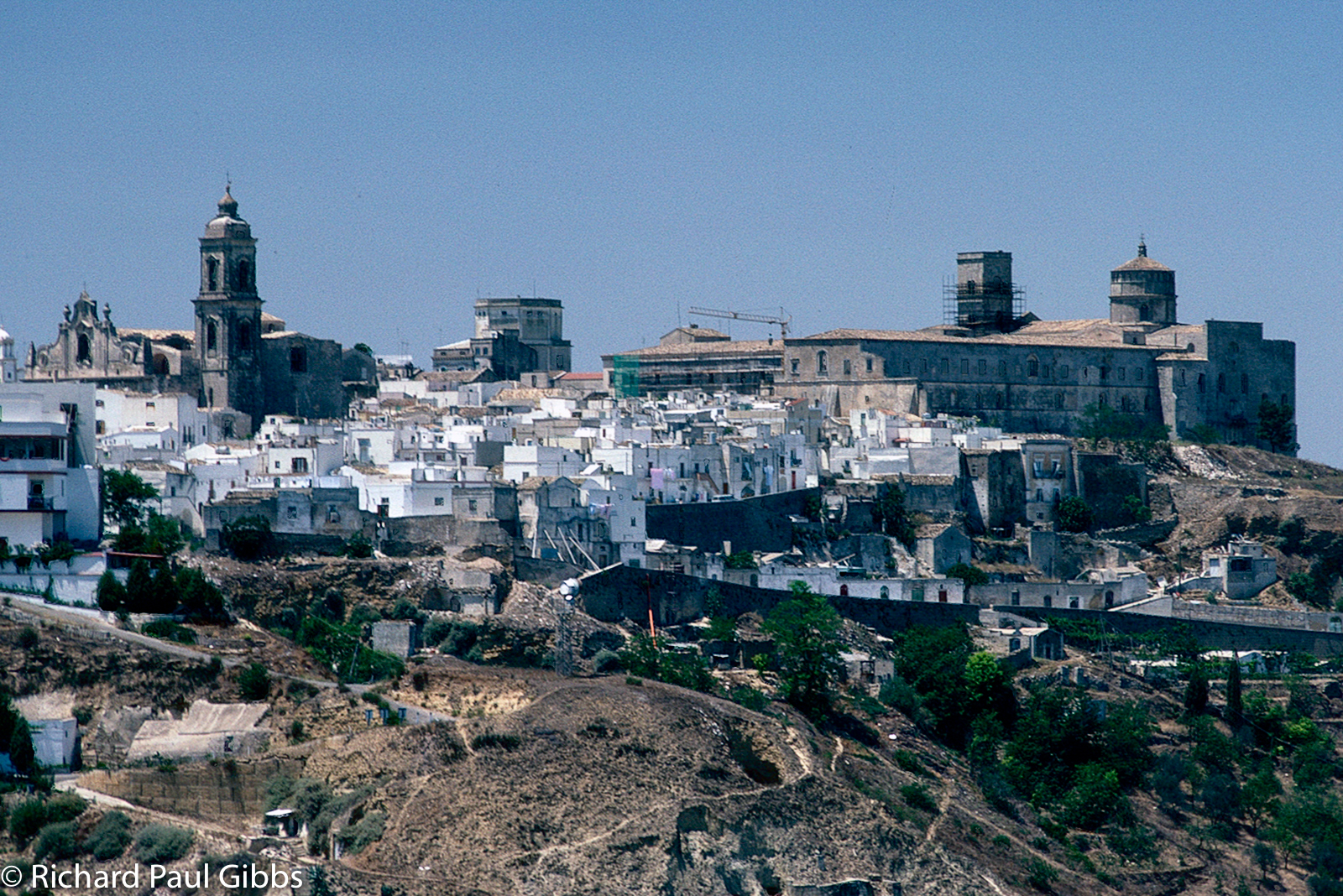 And then there is the infamous, and now trendy, Matera, with its 'Sassi' - once miserable dug out hovels, now bijou apartholtels.  This is how it looked in 1990, not so very different from when Christ stopped at Eboli.... 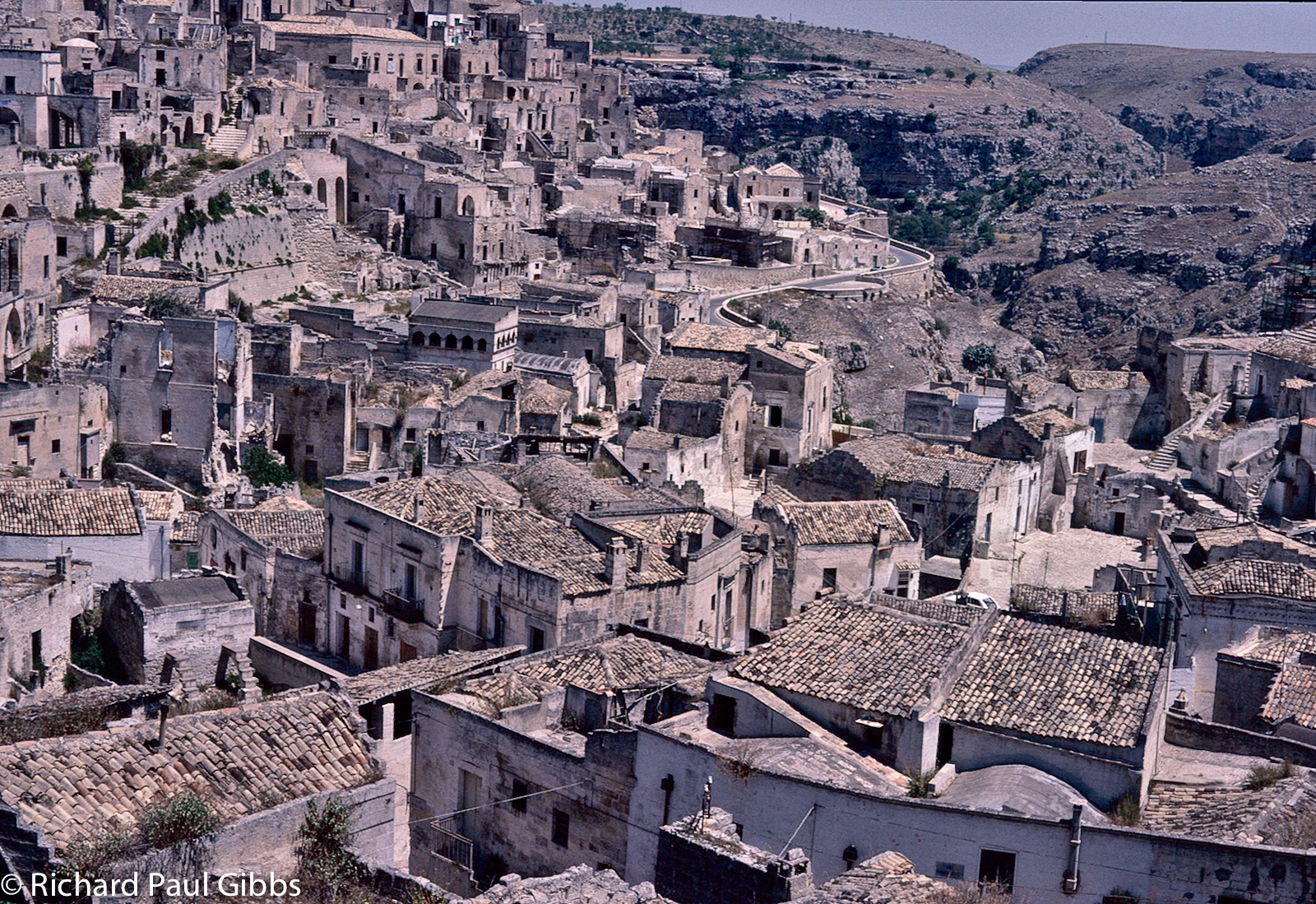 That is about all for now, as a whistle stop tour from top to toe of my beloved Italy, but it would be wrong to finish without a mention of the people. Everywhere has its idiots - we have Johnson and Gove et al; Italy has Berlusconi, and Matteo Salvini..... But my experience of Italians has been something to treasure.  I have always found people welcoming and open. Whether this man and his monkey by the canal at Fiumicino (July 1981).... 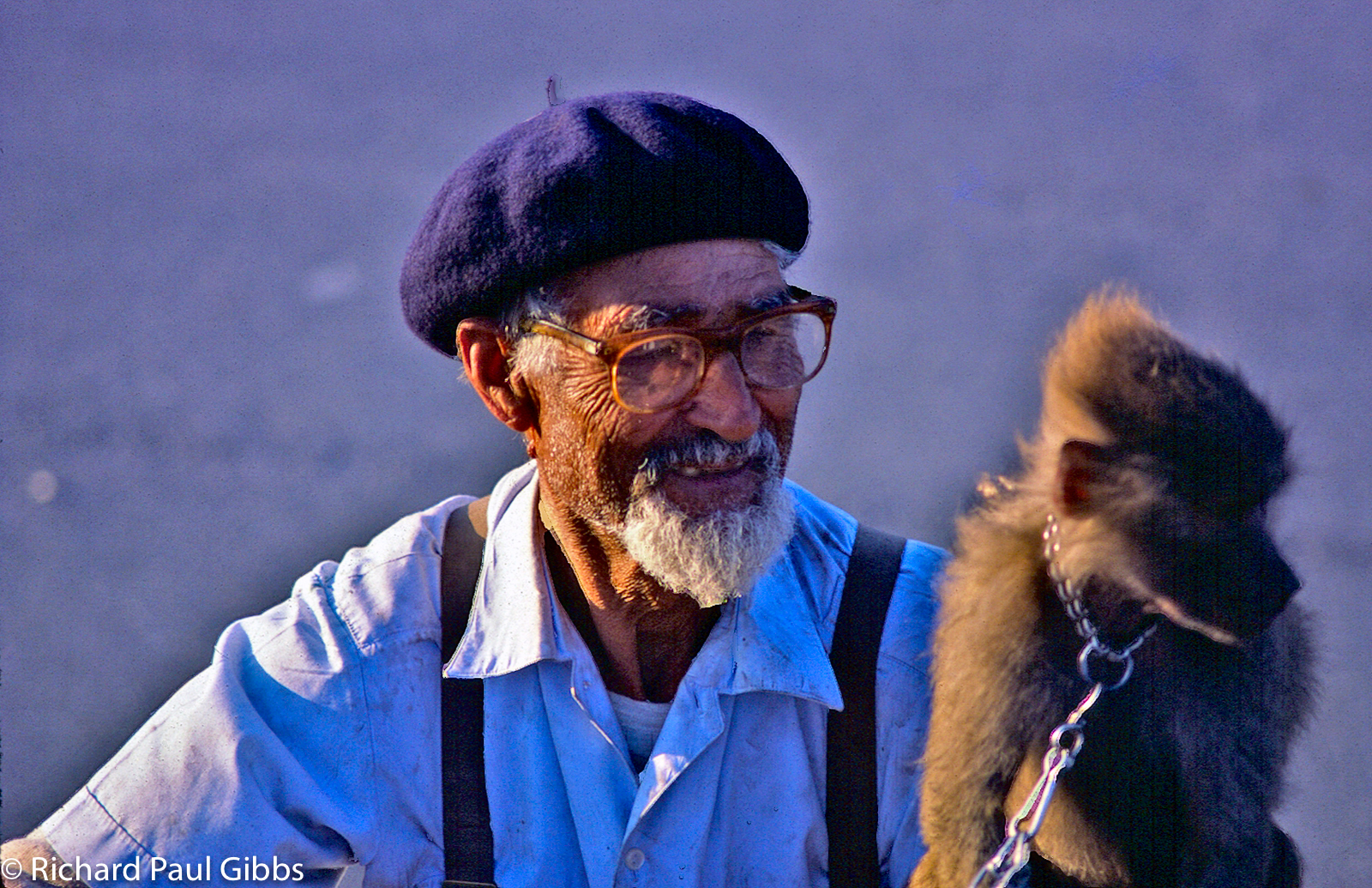 Or memorable nights in Rome, here atop the Janiculum Hill in Trastevere, a short walk from where I lived.  High on his horse is Garibaldi, a symbol, perhaps, of an aspect of Italy which outshines the myths and jokes, the failures and the mistakes.  There is something splendid to be found, if you take the trouble to look for it....
I just wish I could be there now. 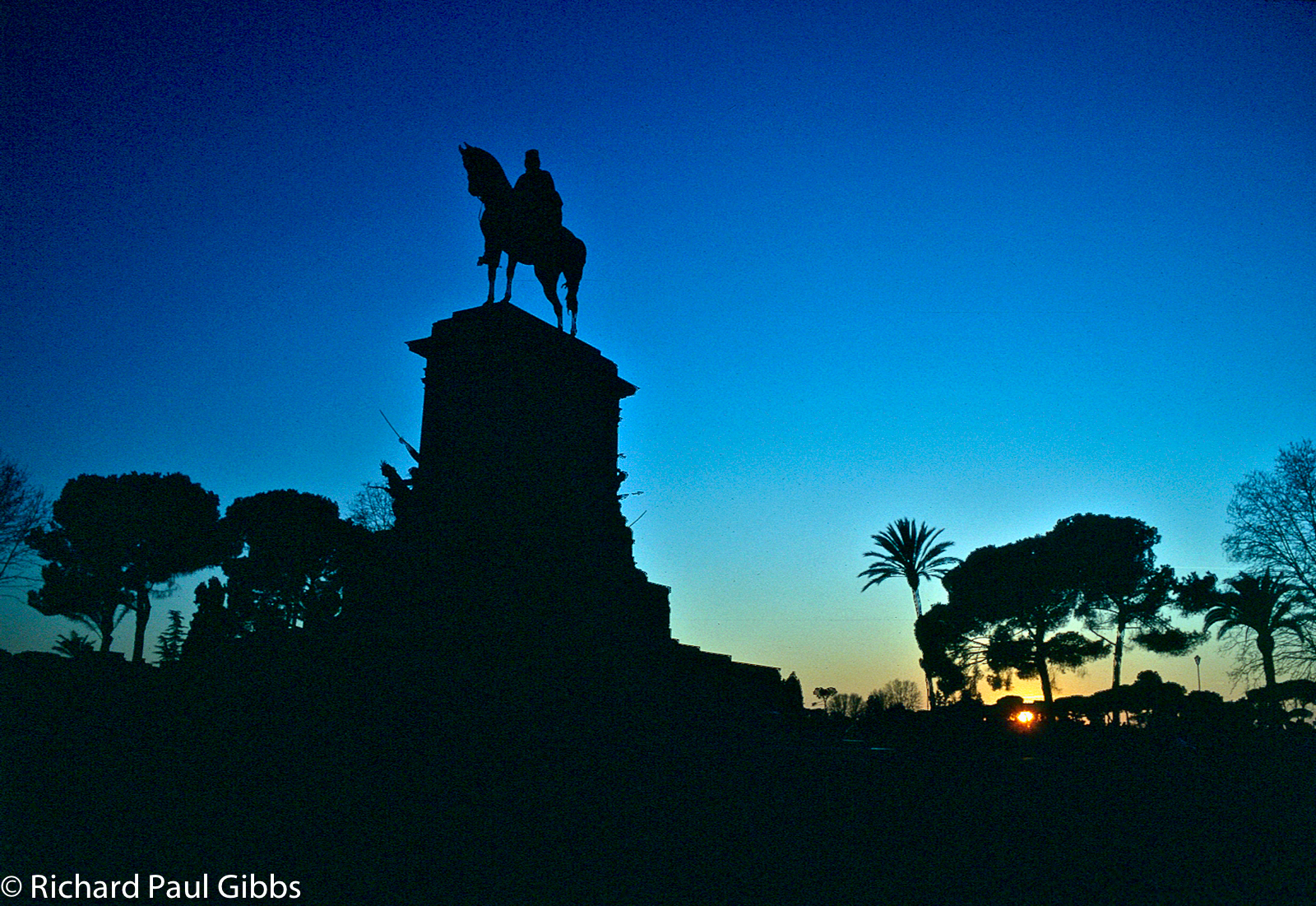 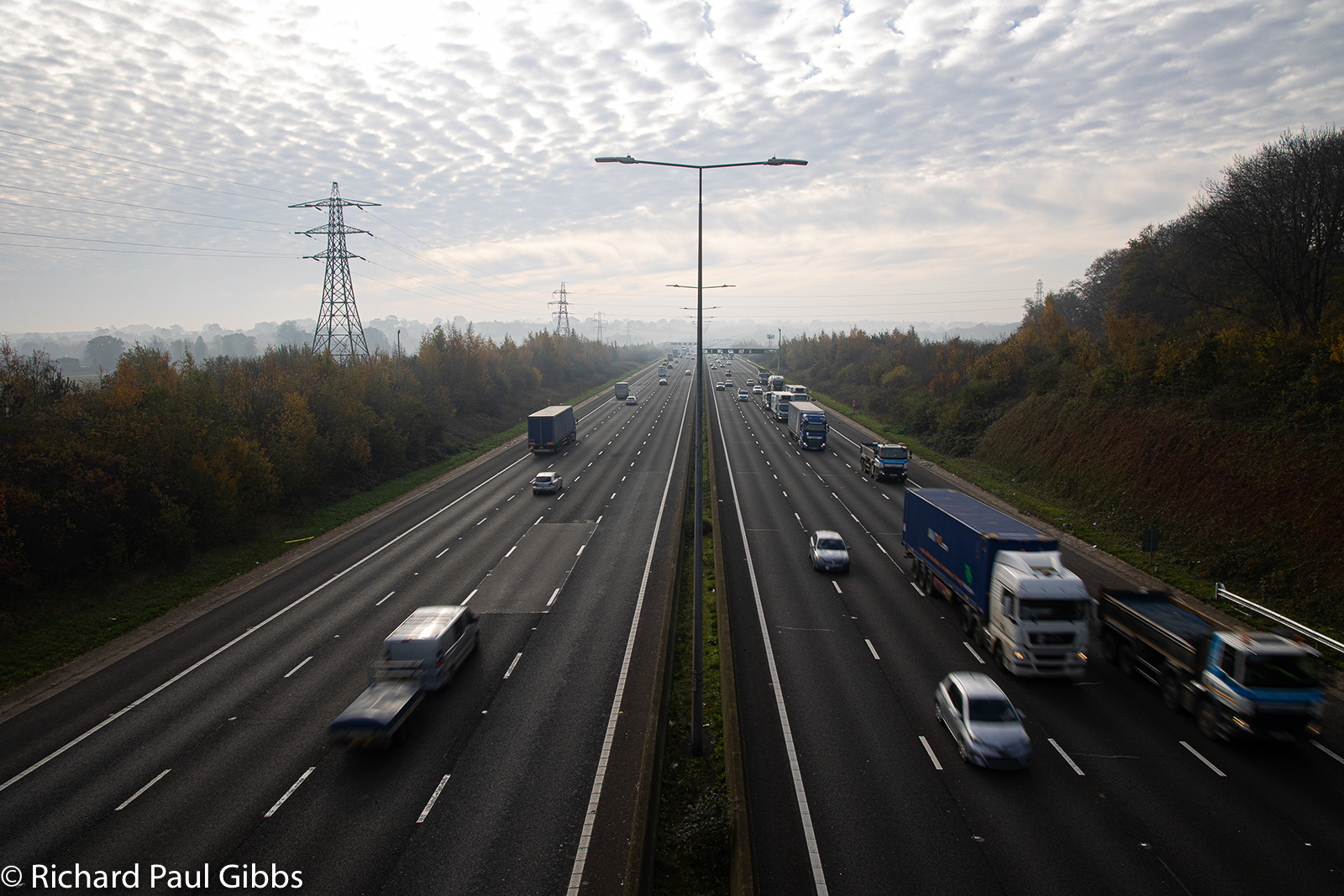 With hideous ruin and combustion down

Sometime early on Wednesday morning, November 4th 2020, I woke with a start, frightened.  I had been dreaming, which for me is rare, or, at least, to remember my dreams is rare.  And I woke suddenly breaking off a three dimensional, vivid but very short dream. 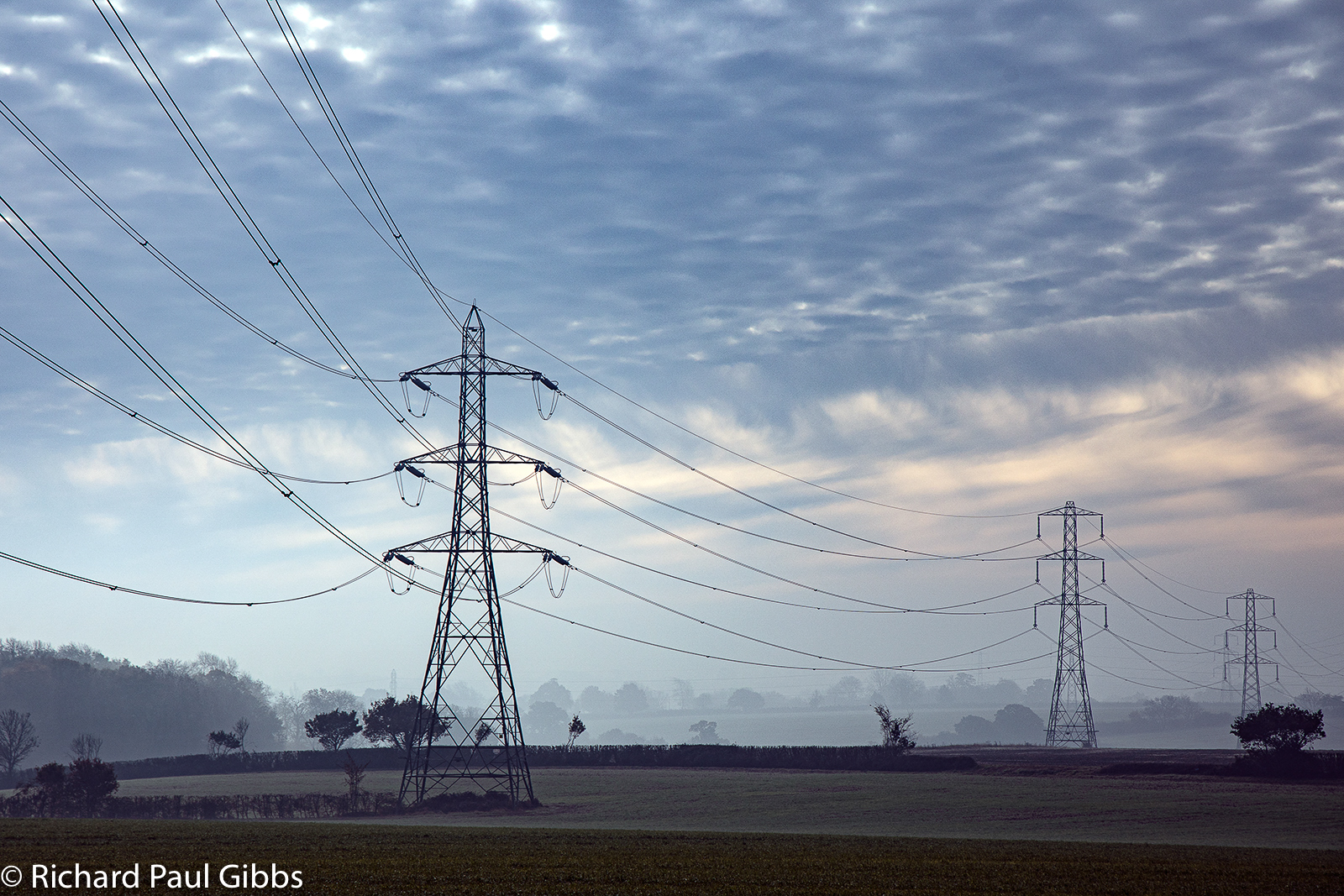 It went like this:  I was looking up to a platform, high atop a steel structure.  On the platform stood a man, dressed in light tan trousers, a pale green sort of puffer jacket, like American flyers sometimes wear. His back was toward me, but I could see longish fair hair falling from under his dozer cap.  The platform was reached by a vertical ladder, and it must have been about thirty metres high.  There was no safety net, and the man was alone.  In front of him, sloping up at around ten degrees, was a wire, maybe about four metres long.  He seemed confident, and started to walk up the wire, his small hands outstretched in balance.  As he gained height, however, he began to falter, and his feet, close in front of each other, trembled a little, then switched several times from side to side, while his body remained upright, but his head looked down.  He grabbed out for a long horizontal pole in front of him, which was cradled at the end of the wire, but it slipped from his hands, and fell away.  His feet and the wire went quickly to the right, and he slipped, catching the wire under his arms as his red hat disappeared.  He seemed to shout, but I couldn’t hear.  He swung awkwardly with his head just above the wire, then slipped down towards the platform, his legs flailing under him above the void.  Somehow, he managed to bring his feet onto the edge of the platform and to hoist his body up, then he was lying flat on his back, his head off the end of the plank, his face toward me, upside down, his mouth open, his hair flopping in the air, his arms flung out on each side, his palms open.  He was barely balanced, the plank seemed narrow, and I knew he was about to roll and fall. 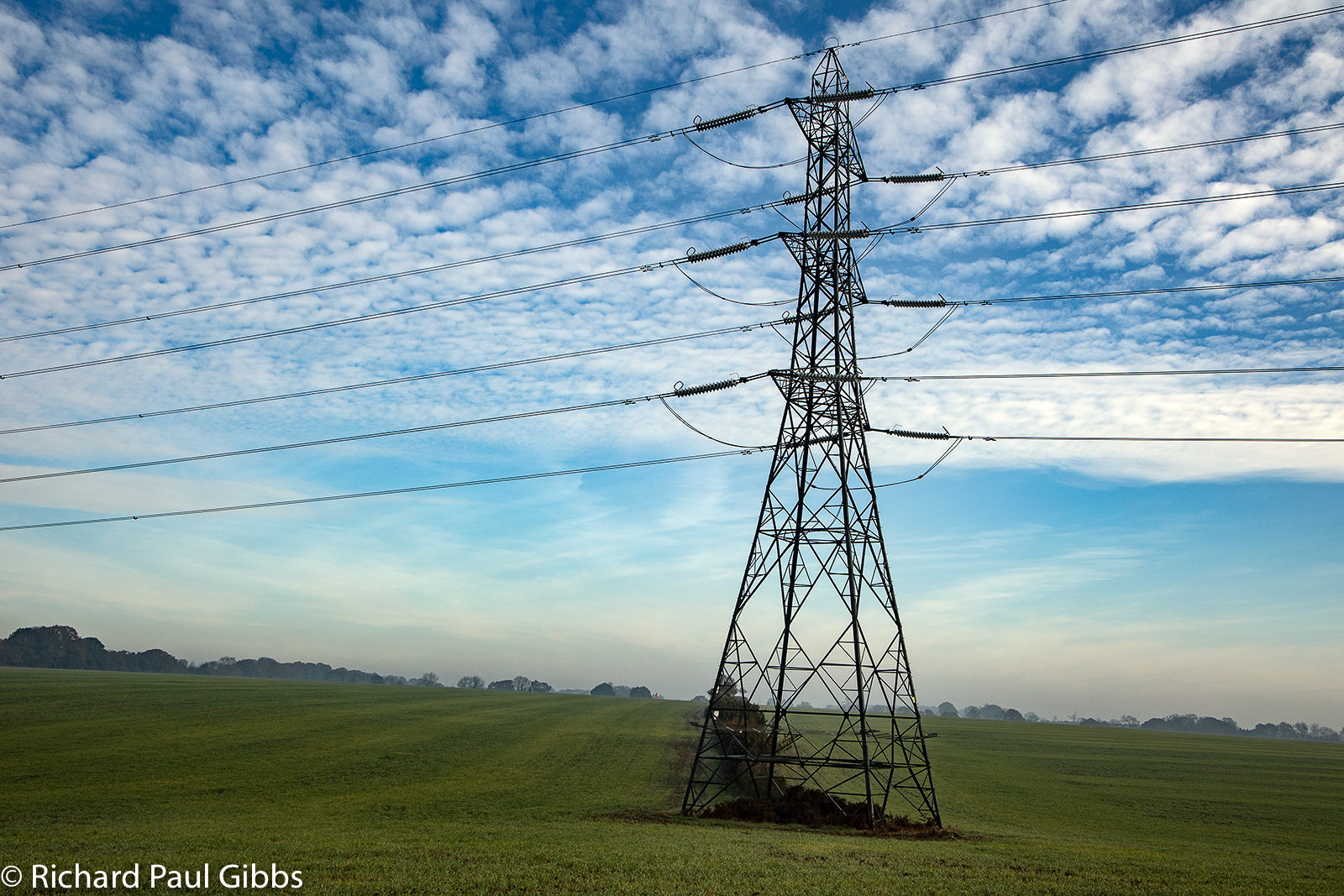 It was a scary dream, and I had no idea where it sprang from.  I woke disturbed, frightened of the fall, puzzled by this strangely vivid image of a man on his back about to slip off a very tall steel structure with no safety harness, no net, no guides, no friends. 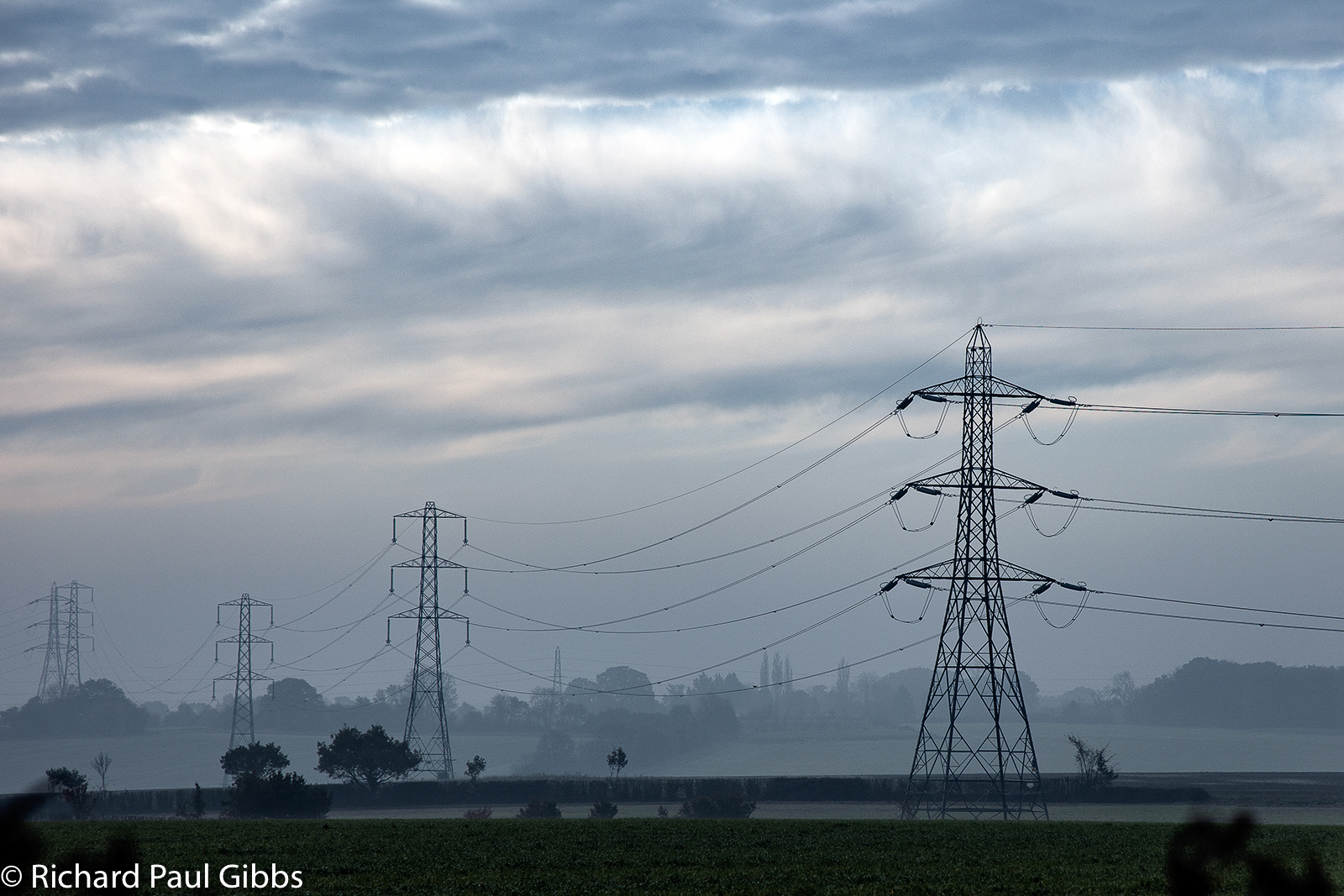 I carried this dream around all Wednesday, and all Thursday, without seeing the blindingly obvious. 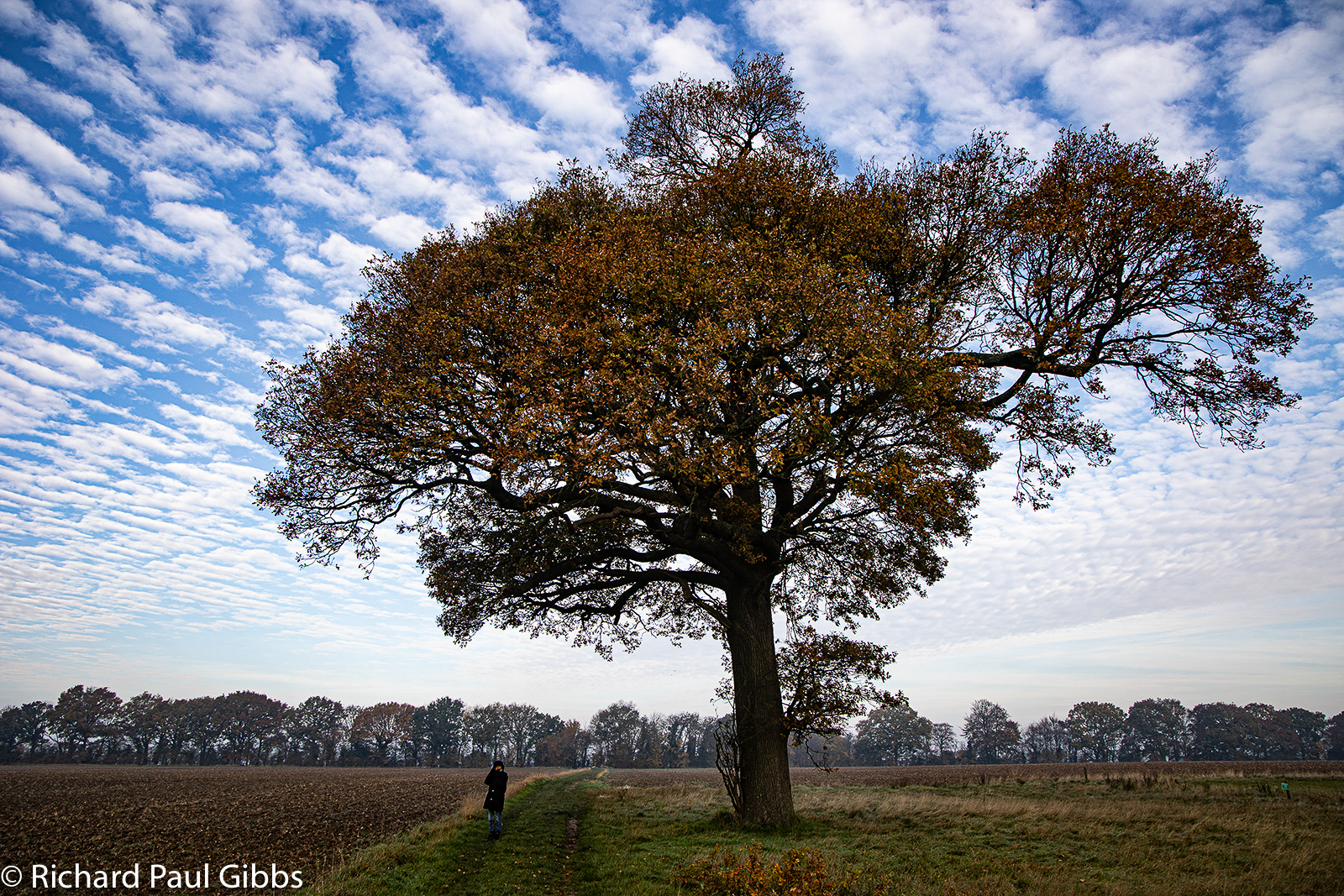 Then, this morning, Friday, 6 November 2020, we went for a walk near Redbourn.  It was a misty, cold, autumn morning, and we walked along a muddy path, under oaks, and under a strangely cloudy sky.  Then, as we followed a lane near a place called Nirvana, I heard a faint hissing, crackling sound, or perhaps a sort of buzz, like a hive of bees in the distance.  Looking up, I saw power lines and a great steel pylon, the cables rising up to the peak at an angle of about ten degrees.  This was the high wire, the tall structure.  This was the height of power. 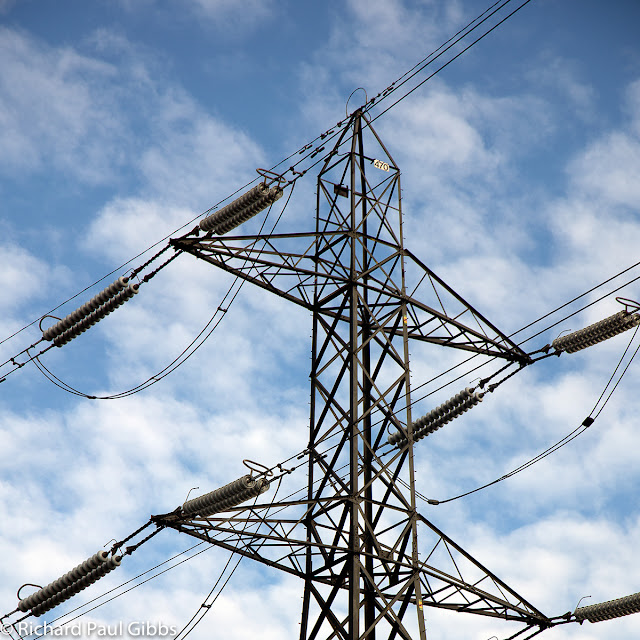 And the man had achieved greatness, and dominance, and then, as he approached the zenith, with the possibility of sliding down the other side into the future, he fell back, like Lucifer, or Satan….

Better to reign in Hell than serve in Heaven…..

Or Macbeth, whose vaulting ambition…. o'erleaps itself and falls on th' other

Or perhaps like many others, too numerous to name, where ambition and pride precede an ignominious fall.  Politicians, warriors, businessmen and businesswomen, CEOs, tribal leaders and stars, brought down by some tragic flaw. 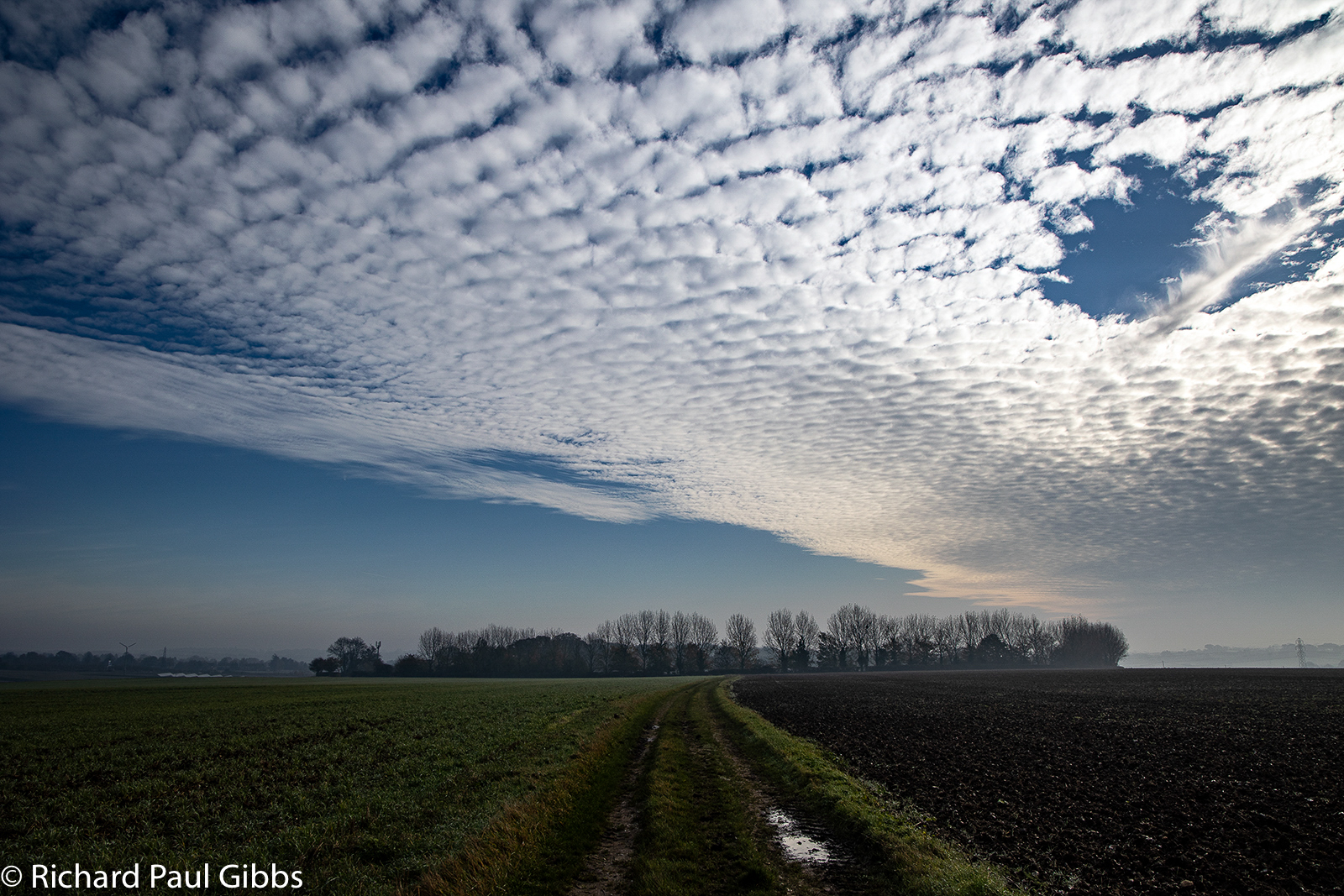 And life, as we know it, goes on, without a blip.  Careless of the flailing legs that momentarily stick out from the sea as the body sinks.  While the ship sails on, and the ploughman continues his daily toil. 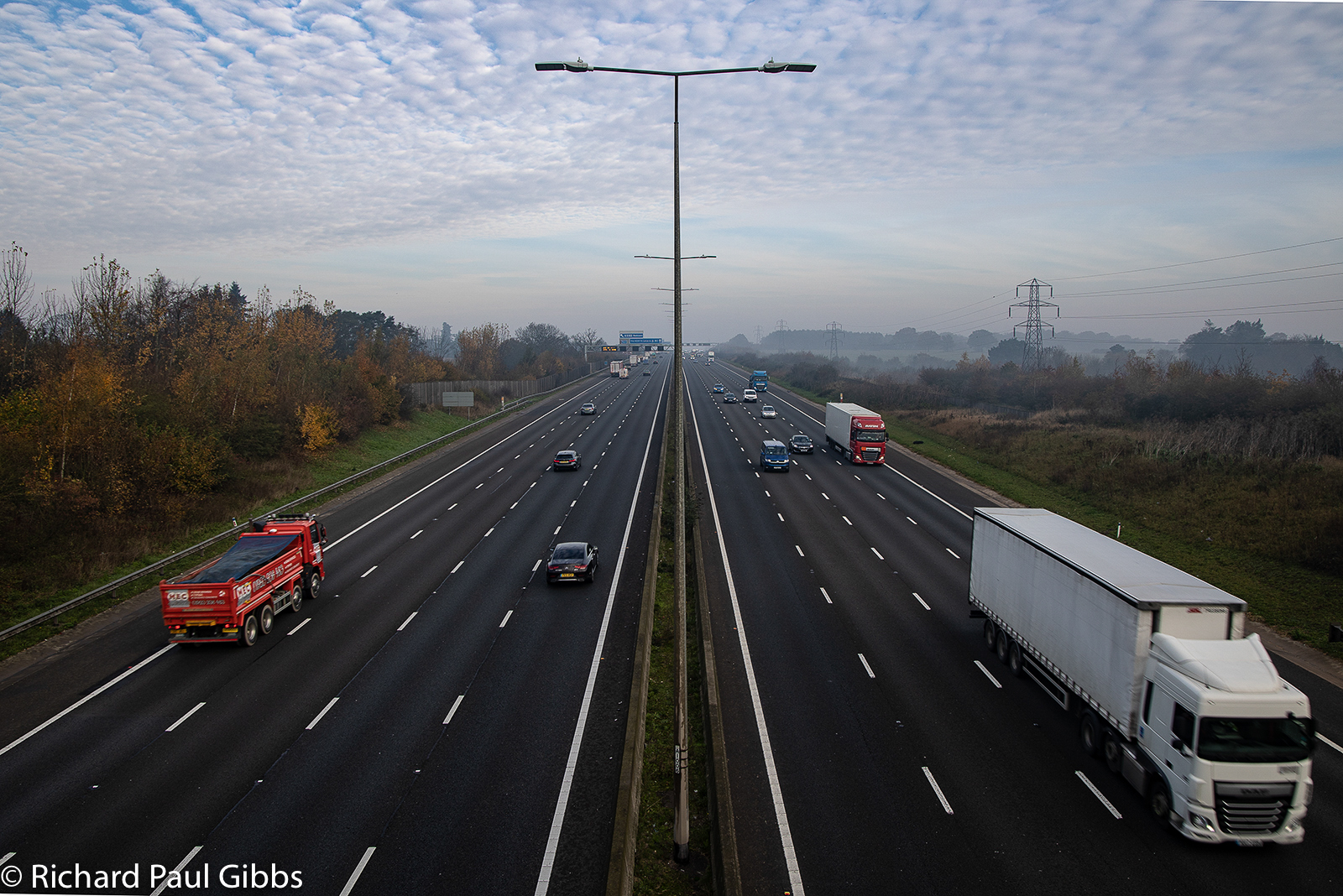 With hideous ruin and combustion, down

Nine times the space that measures day and night

To mortal men, he, with his horrid crew,

Confounded, though immortal. But his doom

Reserved him to more wrath; for now the thought

Both of lost happiness and lasting pain

Torments him: round he throws his baleful eyes,

That witnessed huge affliction and dismay,

At once, as far as Angels ken, he views

The dismal situation waste and wild. 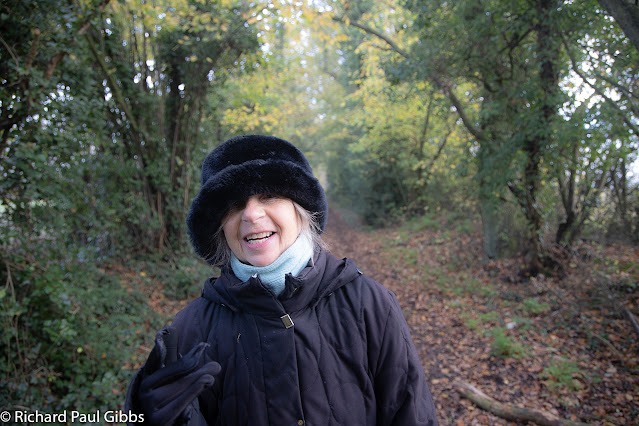 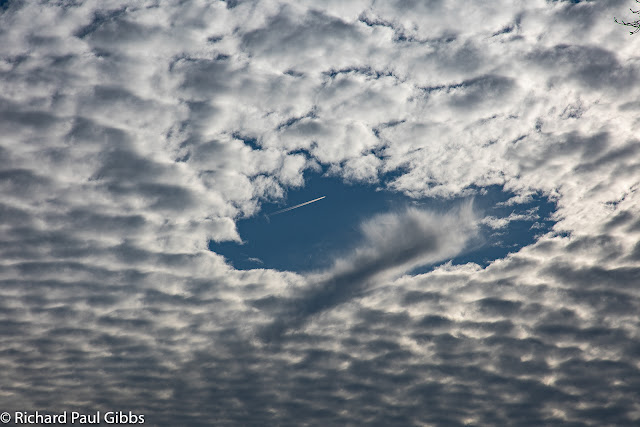