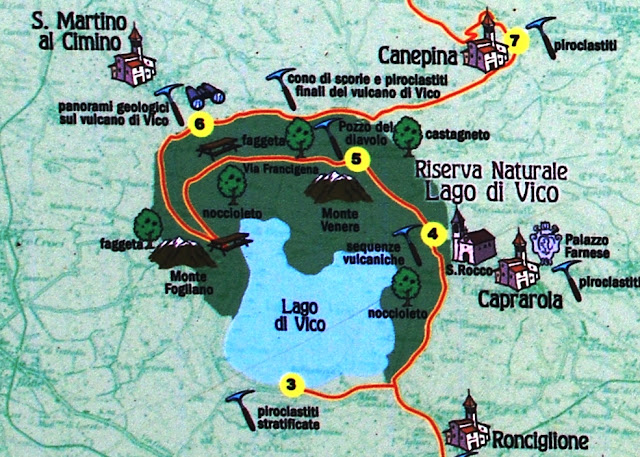 The faded white plastic of the chair is rough to the touch; the surface of the table is dull to the midday sun; my bottle of Peroni perspires, shiny beads of water sliding down the glass.  Shining. 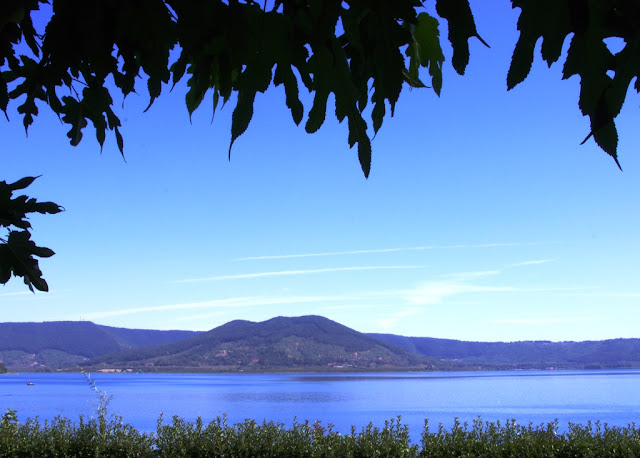 A man, tattooed like a frescoed apse, his long thin hair tressed at his back, reads Il Corriere dello Sport at the next table, an empty coffee cup at his elbow.  An elderly couple take another table, sitting, their heads up, not talking.

The barman brings my sandwich: slices of prosciutto crudo between two solid and crusty shims of roman bread wrapped in a paper napkin.  The ham is salty, and has a smoky tang; the bread is compact, chewy, dry, without oil or butter, and yet it is good, and fresh.  The light, frothy beer is necessary to soften the crumbs and lubricate the jaws; the sparkles fizz in my mouth.

On the beach below, children laugh and chase, squabble and cry.  Parents call them, scold them, dry them, feed them.

I turn the pages of my dappled Repubblica, following the headlines of fiscal reform, political discourses, turning the pages past the cronaca nera, past the regional news, through the arts columns.  I open the magazine and read about Stanley Kubrick and , as his ex driver and general factotum (for thirty years) Emilio d'Alessandro tells his story.  "Childwickbury" ("un enorme tenuta di campagna nel Hertfordshire") reads oddly in Italian.  Odd enough in English, but odder still in the tight prose of Italian journalism.  Curious how Childwickbury, which is a few minutes from my home, crops up here, in a quiet bar in central Italy.  Kubrick is not one I associate with .

The frescoed man smokes a cigarette.  The taint is almost pleasant at this hour, in this place, like a rural bonfire, acrid but acceptably natural.  Italian cigarettes, rolled from tobacco grown in the fields near here, seem less surgical and chemical than English ones.  Or maybe it’s the calm, open space.  The kippered ham.  The salty beer.

Nobody talks.  Each to his own.  We sift our sands; think our thoughts.  The elderly couple rise and drift away.  She bids me good day, Dottore. 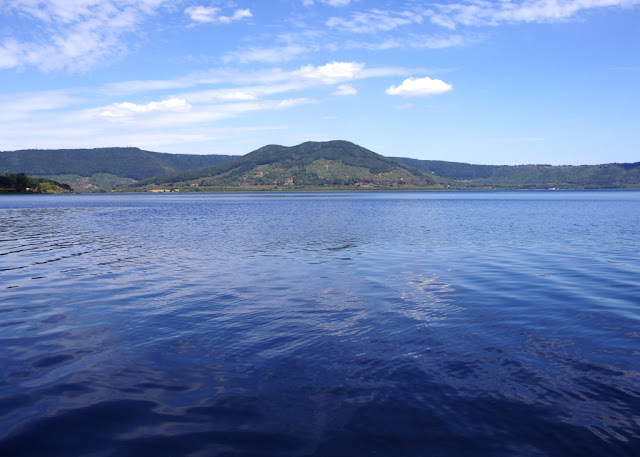 Later, I dive in the lake.  The water fizzes; like sparkling mineral water.  is a deeply filled caldera (containing over 250 million cubic metres of water), surrounded by densely green hills.  At 507 metres above sea level this is one of the highest lakes in .  Its wooded slopes harbour one of the southernmost beech forests anywhere, profiting from the cool temperatures of the hills, which rise to over 1000 metres, though the obvious hill, Monte Venere, a modest but stereotypical volcanic cone on the north shore of the lake, peaks at 838 metres (and put this next to Scafell Pike, the highest point in England, which touches 978 metres). 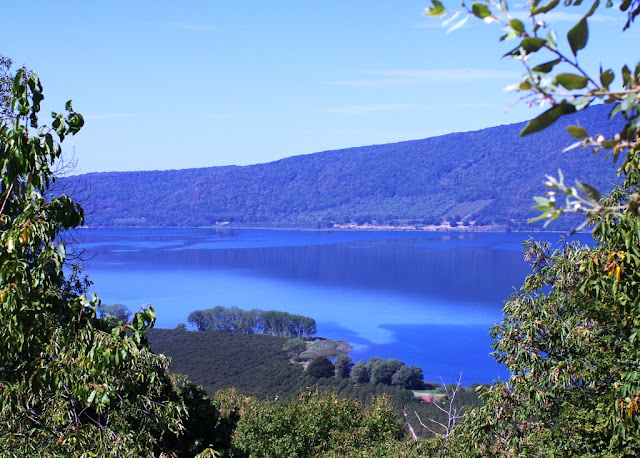 I dive in the lake.  I swim with perch and pike, and a handful of human spry.  There’s a luxurious solace in this water.  A svasso maggiore (Great Crested Grebe) paddles and submerges around me, seemingly unconcerned by the high-spirited but well controlled children of a large church party nearby.  A pale greenish hue wraps around me below the surface, but dissolves into pearl and lapis lazuli as I surface.  The frescoed man swims past; his paint dissolving in the water; his days of glory smudged now.

Later still, we pack and retire, leaving the beach where Amanda was forty, the children were tripping tots, winding away up into the beech woods where we picnicked on cassoulet, bread and wine, and down our odyssey through the chestnuts to the Cassia.

Then we pick up the scent of fire, the tang of smoked ham and kippered cigar.  Ash and smashed orange glass align the road.  The sour taste of carelessness taints the air.  Burned roadsides tell the tale of a smoking summer.  So often we watched the careering Canadairs of the past, showering flames with belly tons of lake waters, fighting the wind and the flames, steering into the heat and smoke of deliberate and accident arson alike. 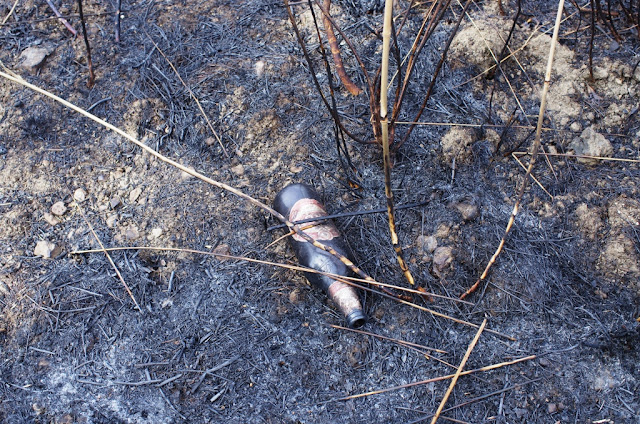 The shame of it is that the burning discovers another layer of shame: a confusion of broken glass, discarded bottles, tins, molten plastic and half consumed litter bears witness to something unsettled within the clockwork society.

The stale hint of tobacco in the air, the scent of a metal jacket, disconcerts. The roadsides bear scars that will heal, though the hurt remains. 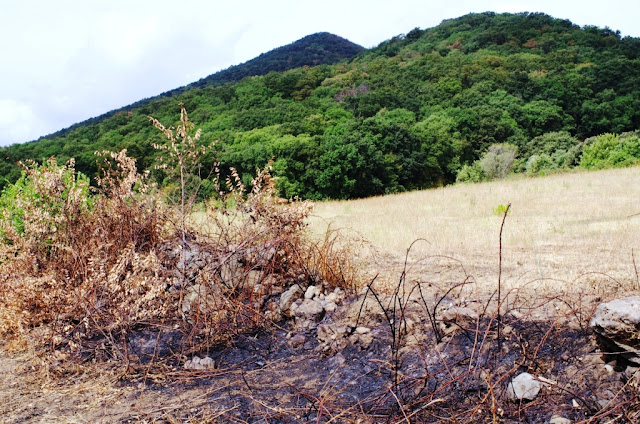 However, if Vico is an example, eventually the burns will cool, and I will sit in the shade again.  Eyes wide shut.