William the Conqueror, who awaited his coronation in Berkhamsted Castle, favoured Frithsden Beeches for hunting.  In 1283 a monastery was founded at 'Ashrugge' by Edmund, Earl of Cornwall.  Later, in 1353, Edward, the Black Prince, who also lived in Berkhamsted, had the woods fenced in to conserve deer.  As Richard Mabey tells in "Beechcombings," the land from Berkhamsted across this part of the Chilterns was subject to various enclosures and wrangles about Common Land and grazing rights over the centuries. 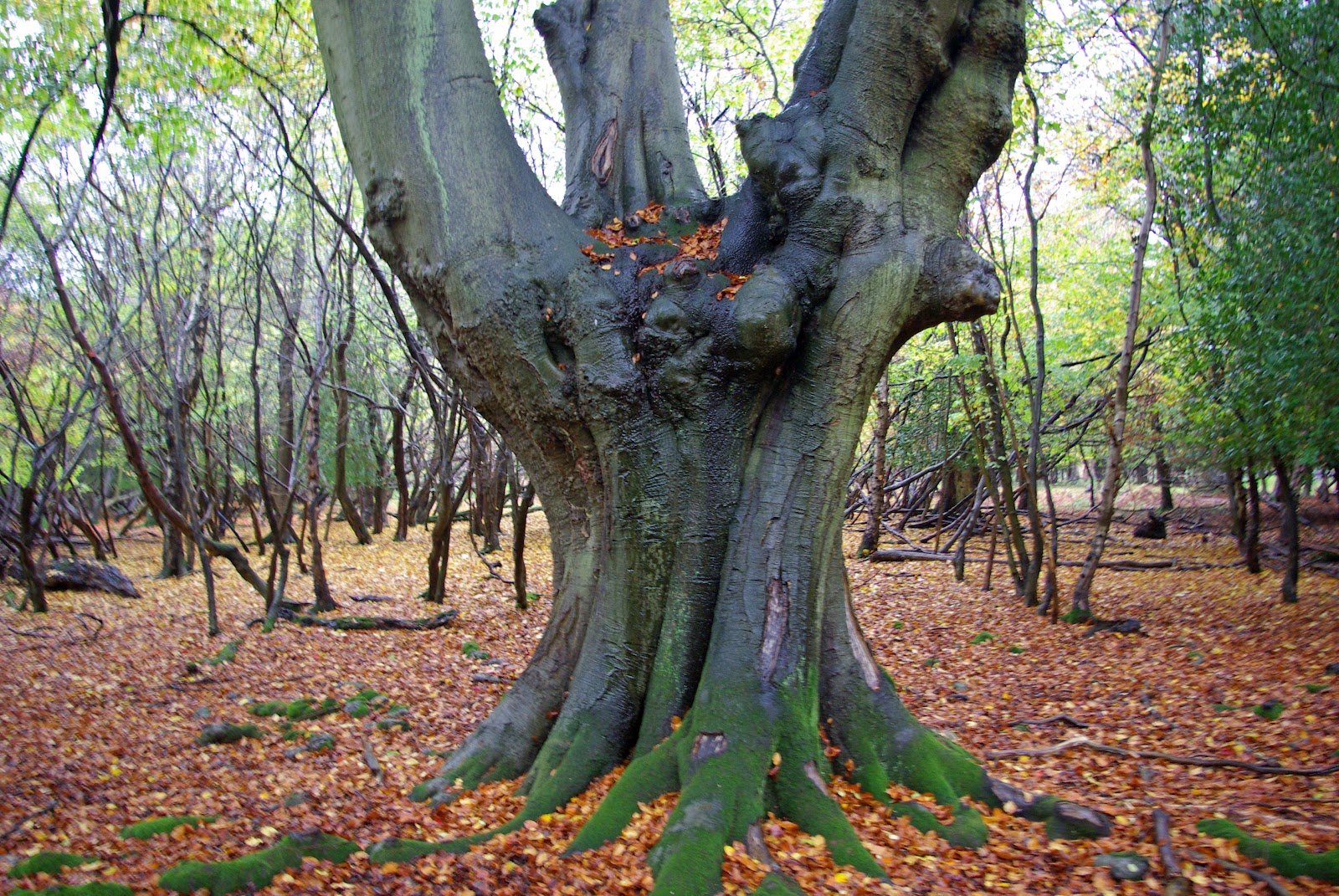 Some of the beech trees are massive, having been pollarded in their youth.  These "queens" sometimes loom at you out of thickets of younger trees, standing firm throughout the years. 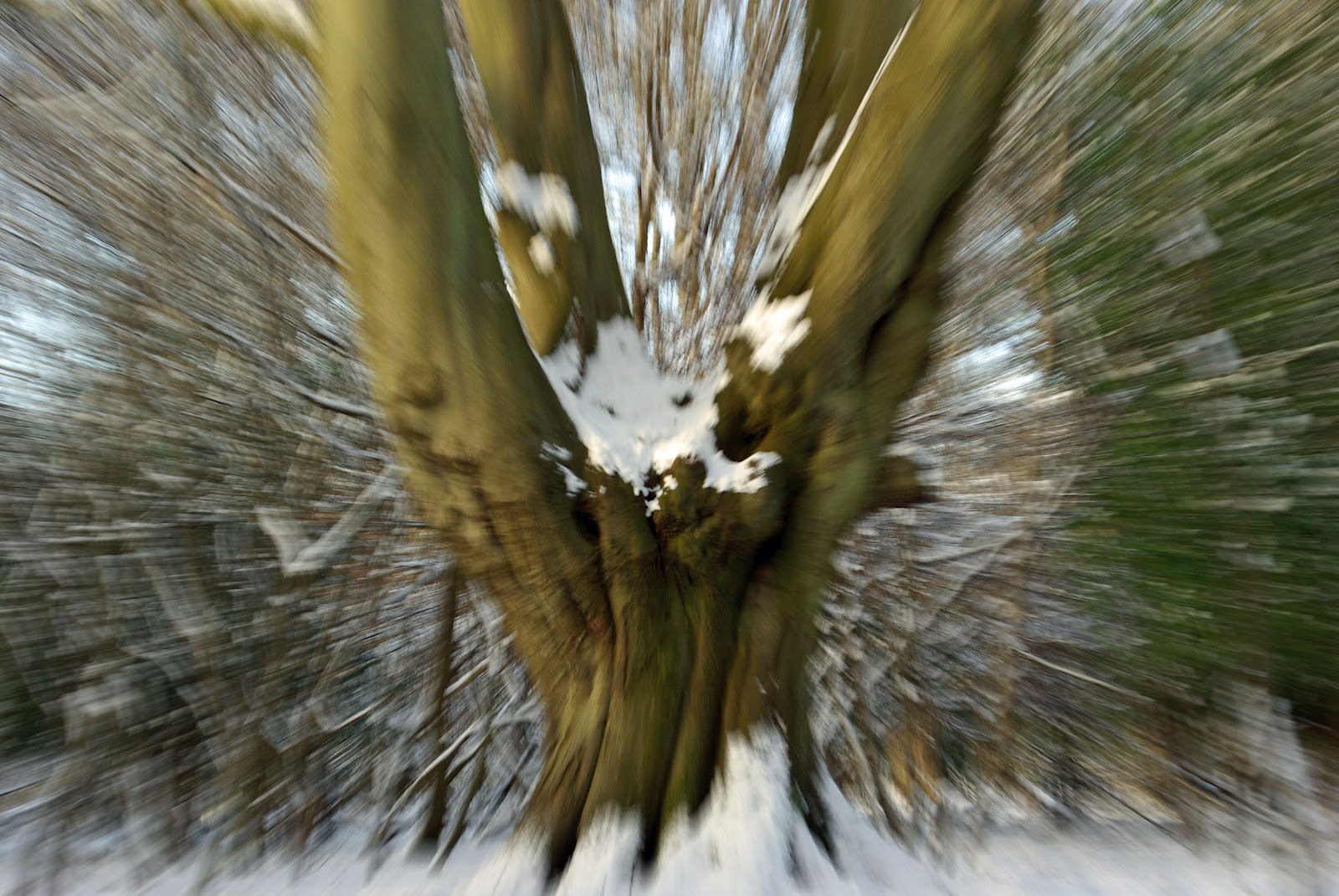 The beech trees were valued for firewood, the land for 'pannage' (the practice of allowing pigs to forage for mast and acorns in the woods), and successive landowners snipped away at parts of it for their own purposes.  Thomas Egerton, Queen Elizabeth's Lord Chancellor, bought the Estate in 1604 following the death of Queen Elizabeth.  She had spent much of her childhood here, though she never returned once she became Queen.  Thomas's son John then took the title 1st Earl of Bridgewater in 1617.  The 4th Earl, Scroop, became the 1st Duke in the mid 18th century, and his youngest son, Francis, known as the Canal Duke, became rich as a result of his enterprise in developing commercial waterways. 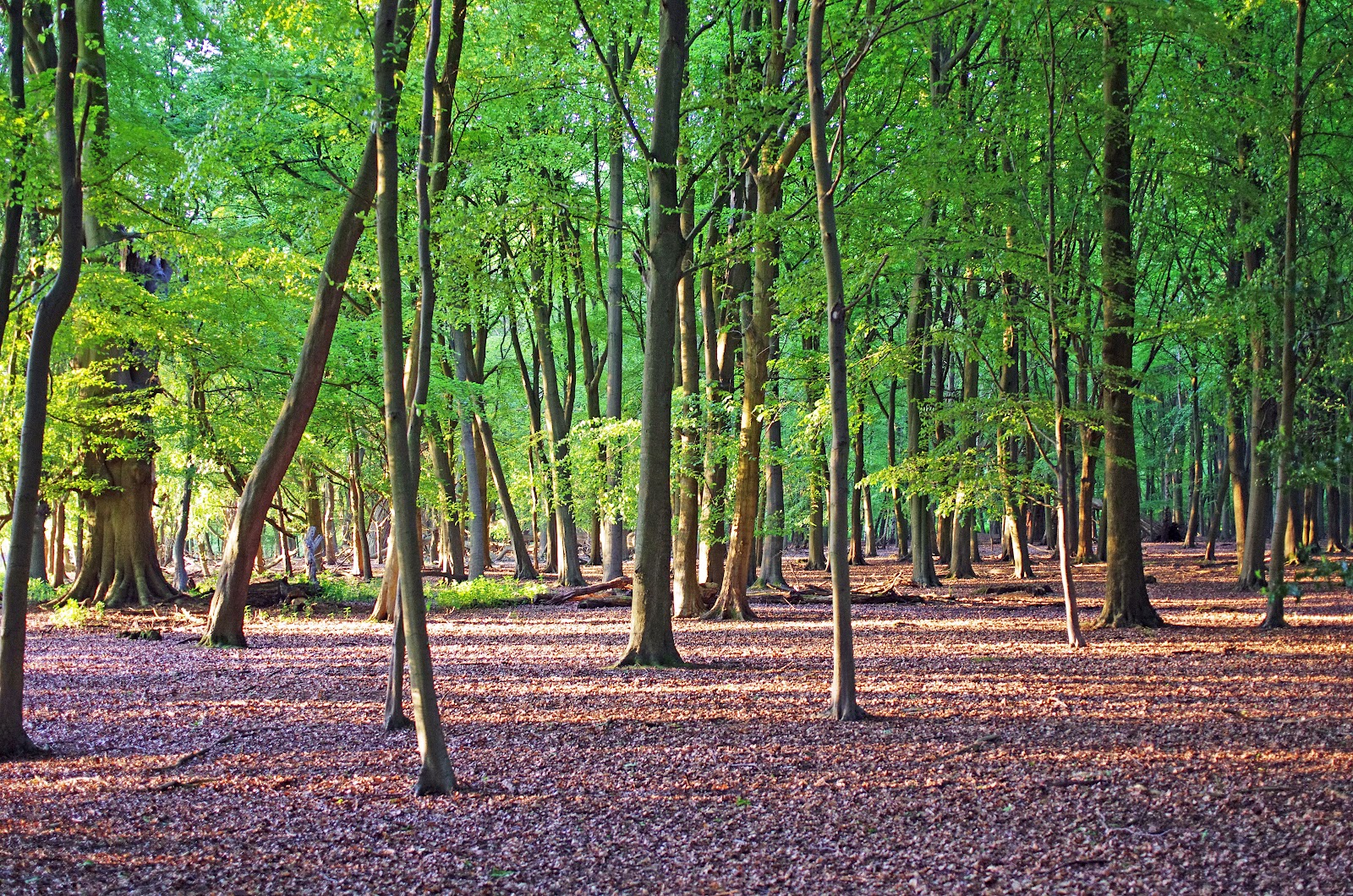 The present House was constructed in neo-gothic style at the beginning of the 19th century, and very few traces of the medieval or Tudor buildings remain (thought there is a 70 metre deep well from the 13th century, a much reworked barn, and excavations have revealed the footings of the Church of St Mary).

Ashridge was inherited by the eleven year old Lord Brownlow in 1853, whose mother, Lady Marion Alford (commemorated by the nearby Alford Arms, now a popular gastro-pub), negotiated the purchase of the Manor of Berkhamstead and its common rights from the Duchy of Cornwall for the colossal sum of close on £150K in 1863.  Despite furious encounters following this purchase, the estate remained in the Brownlow hands until they sold it off in the 1920s (to preserve their other estate at Belton in Lincolnshire), when a portion was acquired by the Golf Club and the rest went to the National Trust, with the House eventually, in 1959, becoming Ashridge Business School.  At the sale, everything was auctioned, including the deer, but, as has only recently been discovered, although the herd of red deer were successfully purchased, the estate fencing was sold and removed before the fallow deer could be contained and taken away, which is how these woods are still their home, and they can be seen in all weathers, browsing and brazing, resting or running, across this designated Area of Outstanding Natural Beauty. 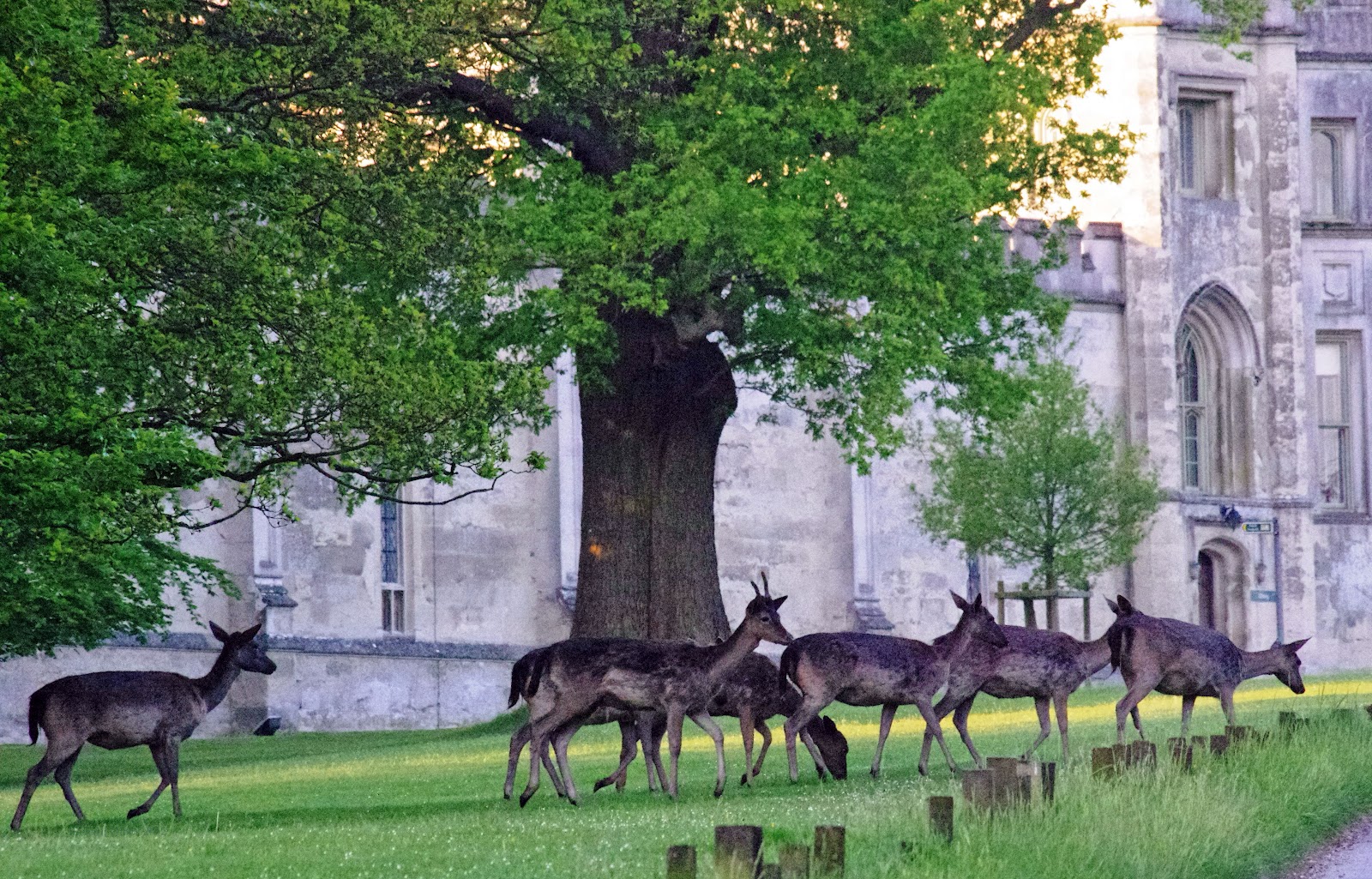 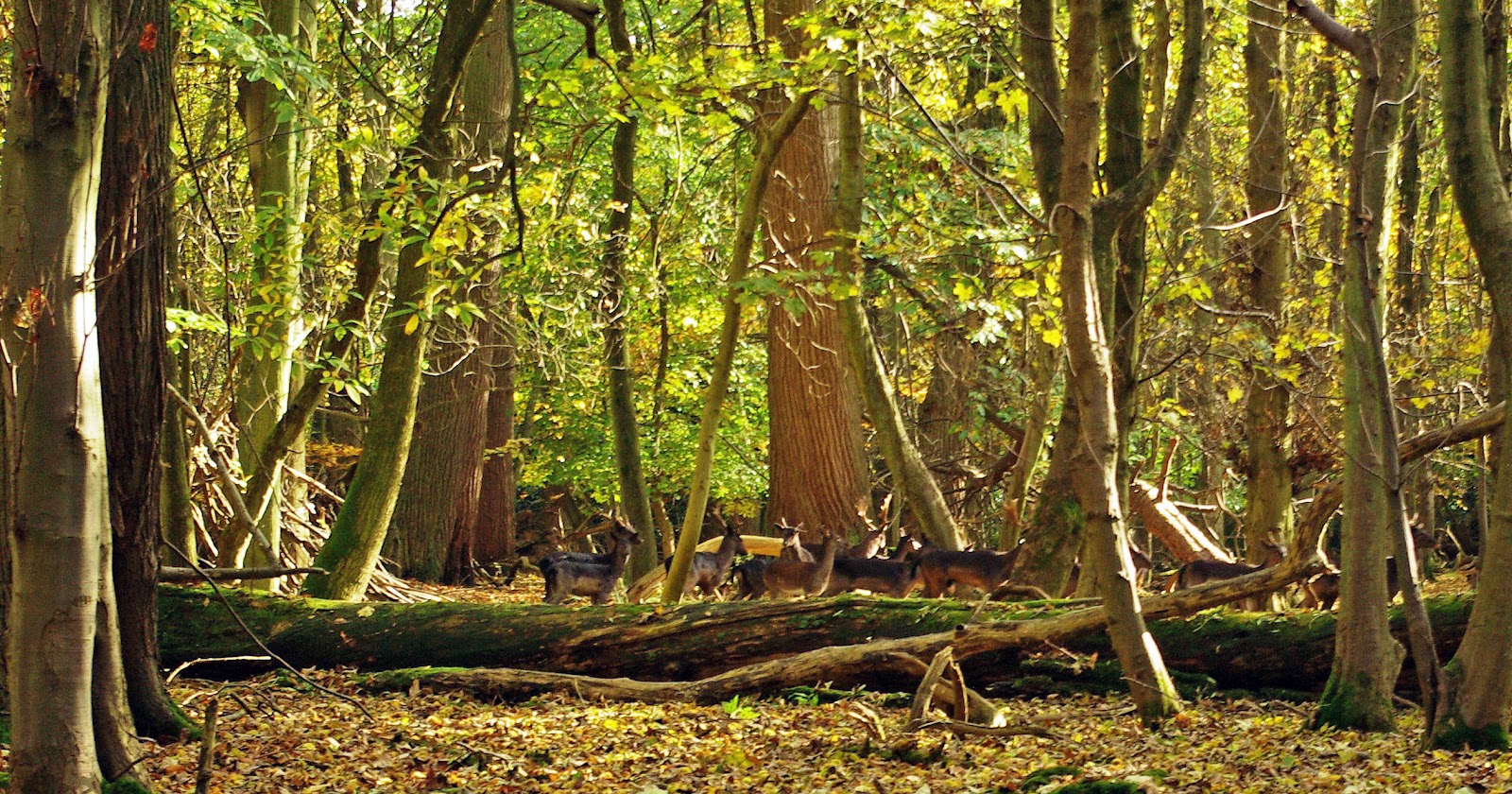 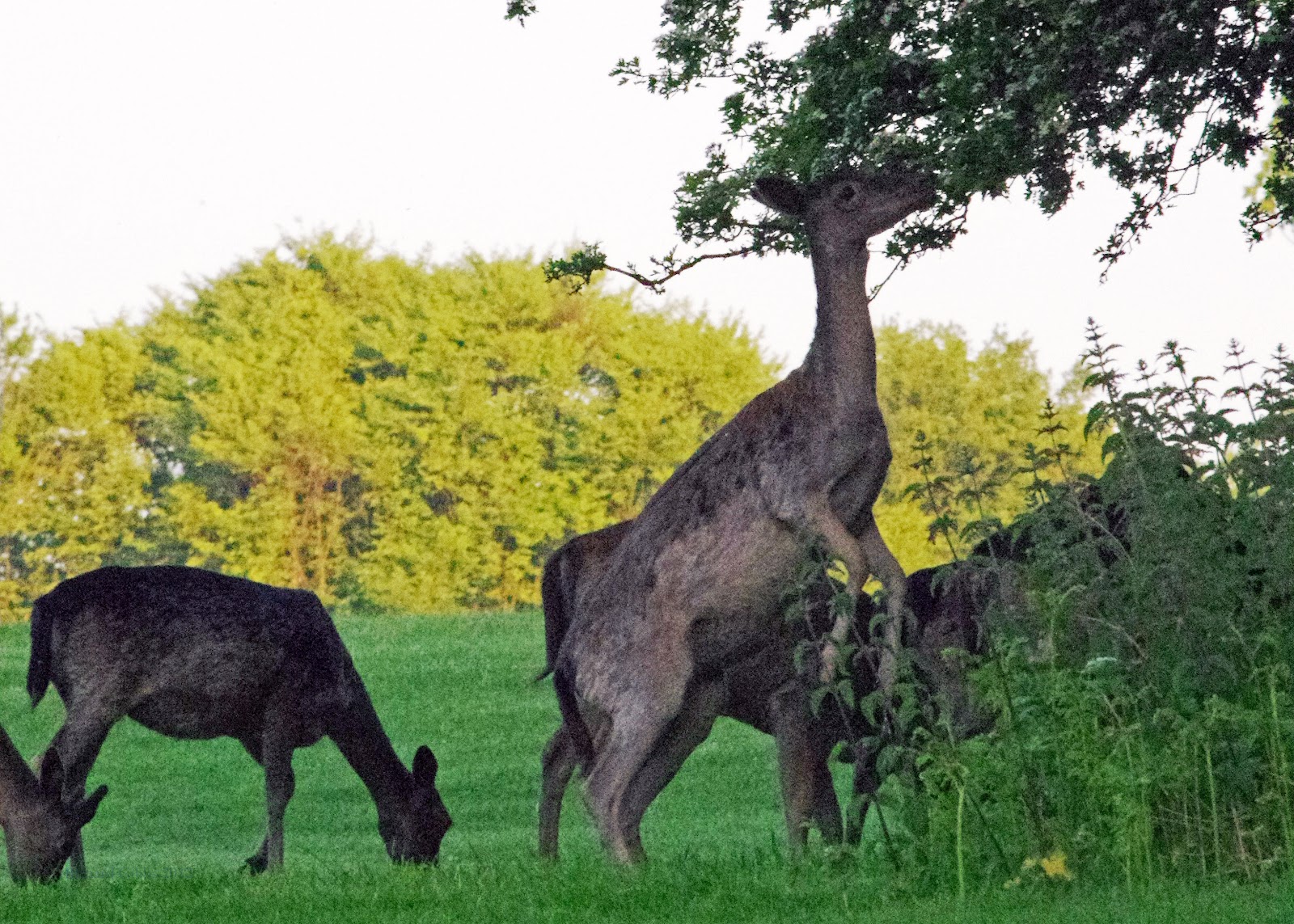 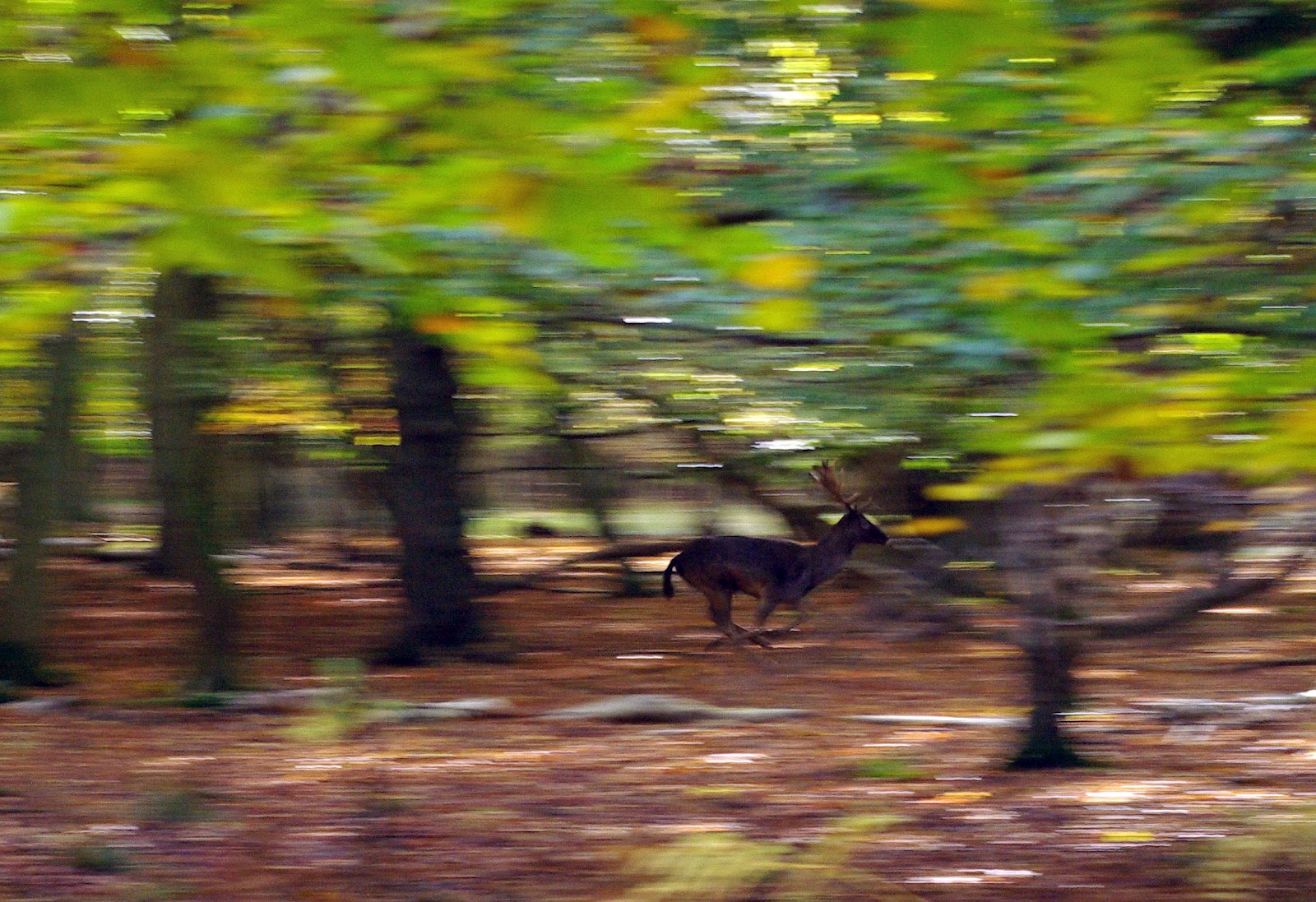 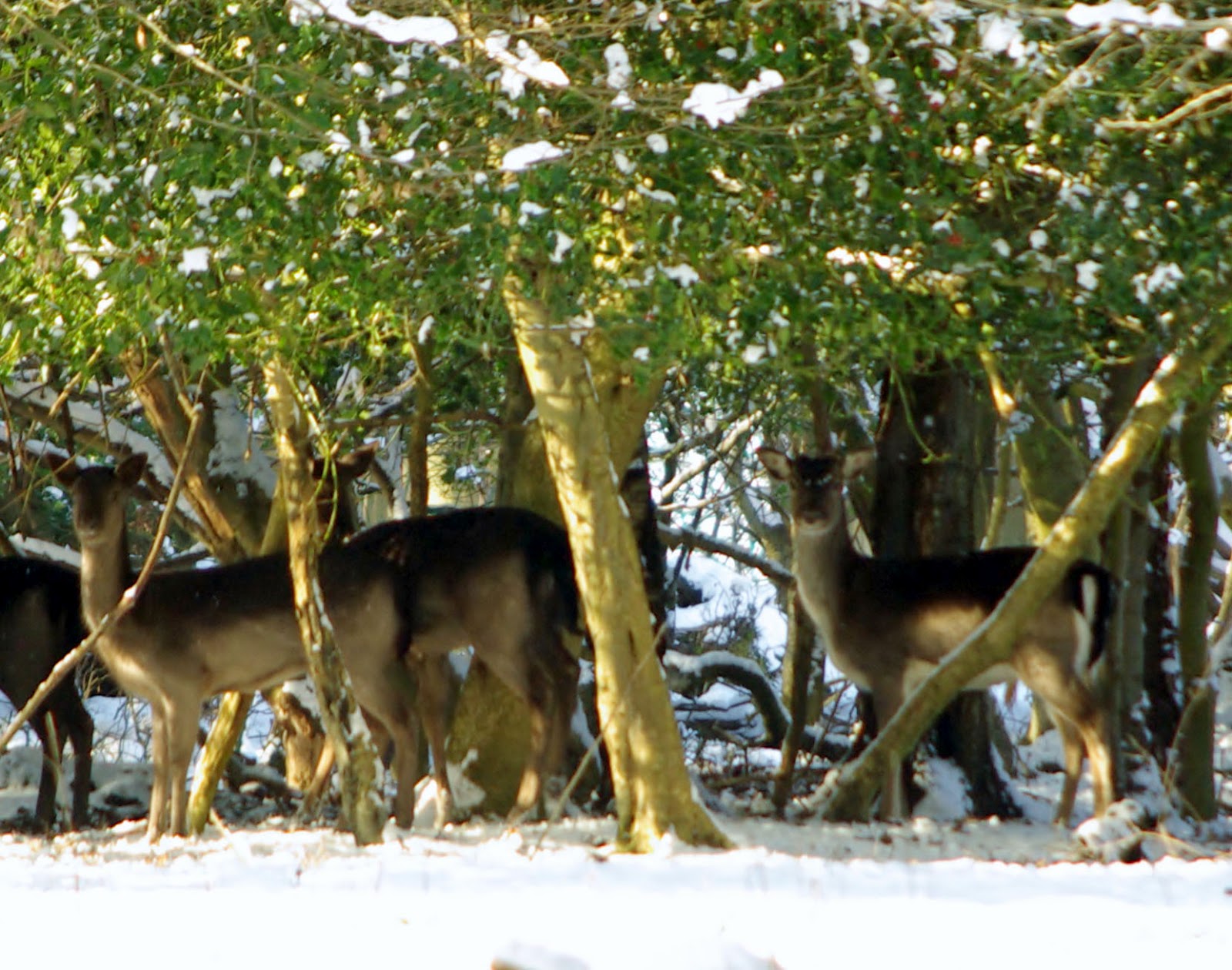 Although the Estate once covered 14,000 acres, it now covers approximately 5,000 (2,000 hectares) much of which is mature woodland managed by the National Trust.  Works carried out by Capability Brown in the 18th century and later by Sir Humphrey Repton developed the Golden Valley and the gardens of Ashridge House, but from Ivinghoe Beacon to the village of Potten End, and from Norcott Hall above the lock at Dudswell to Little Gaddesden, this is a varied and always attractive landscape, filled with bluebells in spring, 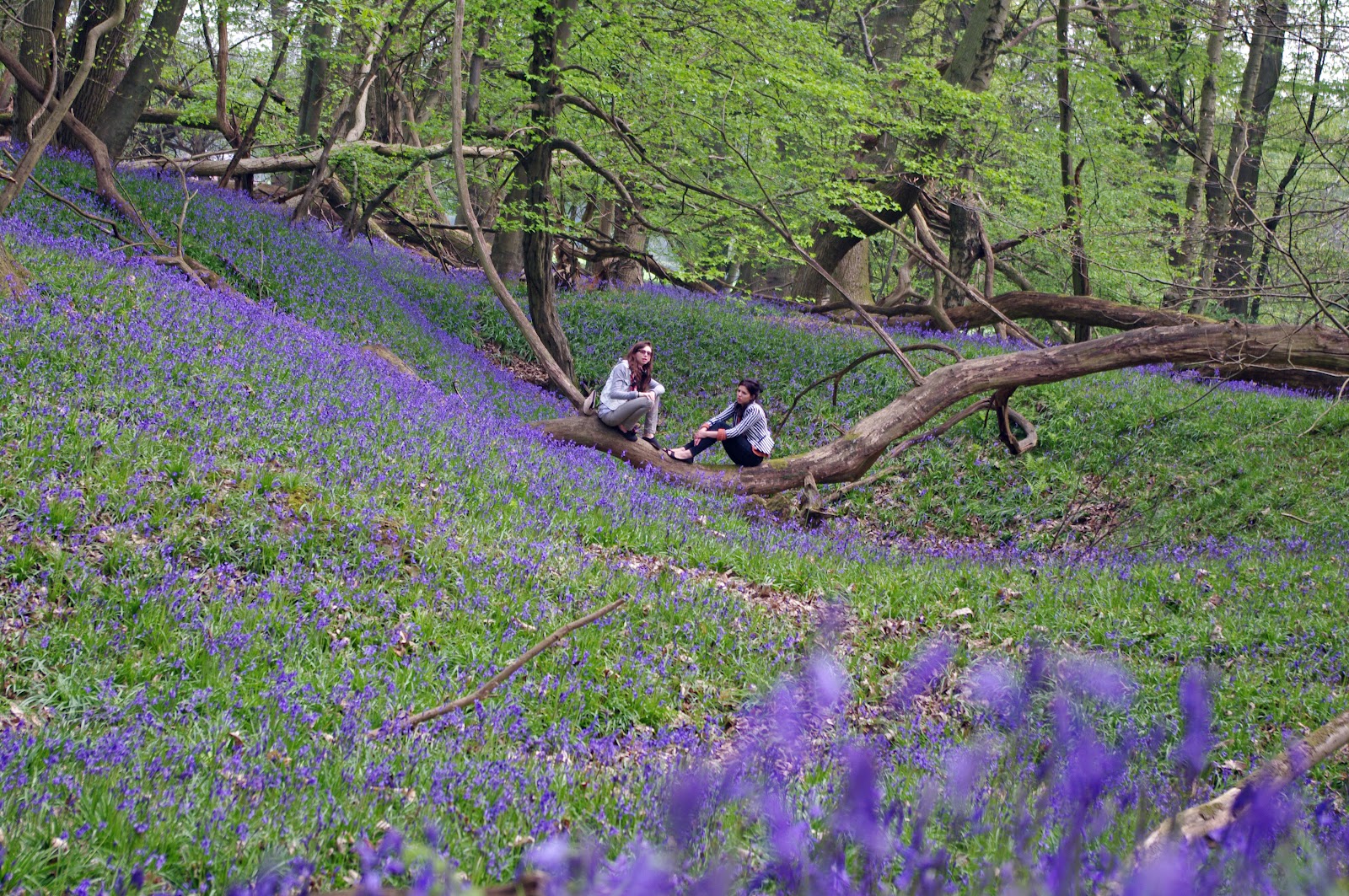 foxgloves and bracken in the summer, 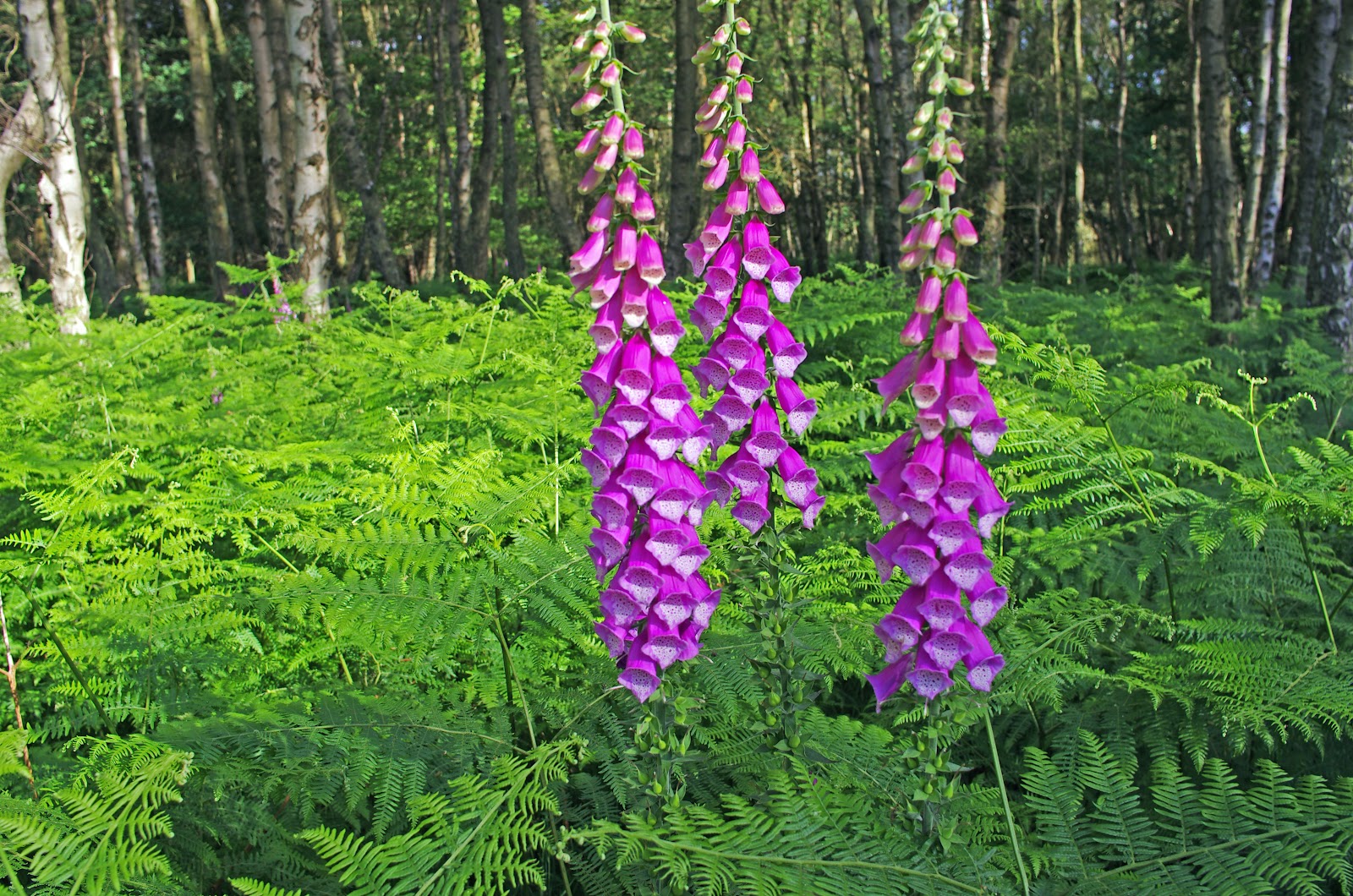 spectacular colours in the Autumn, 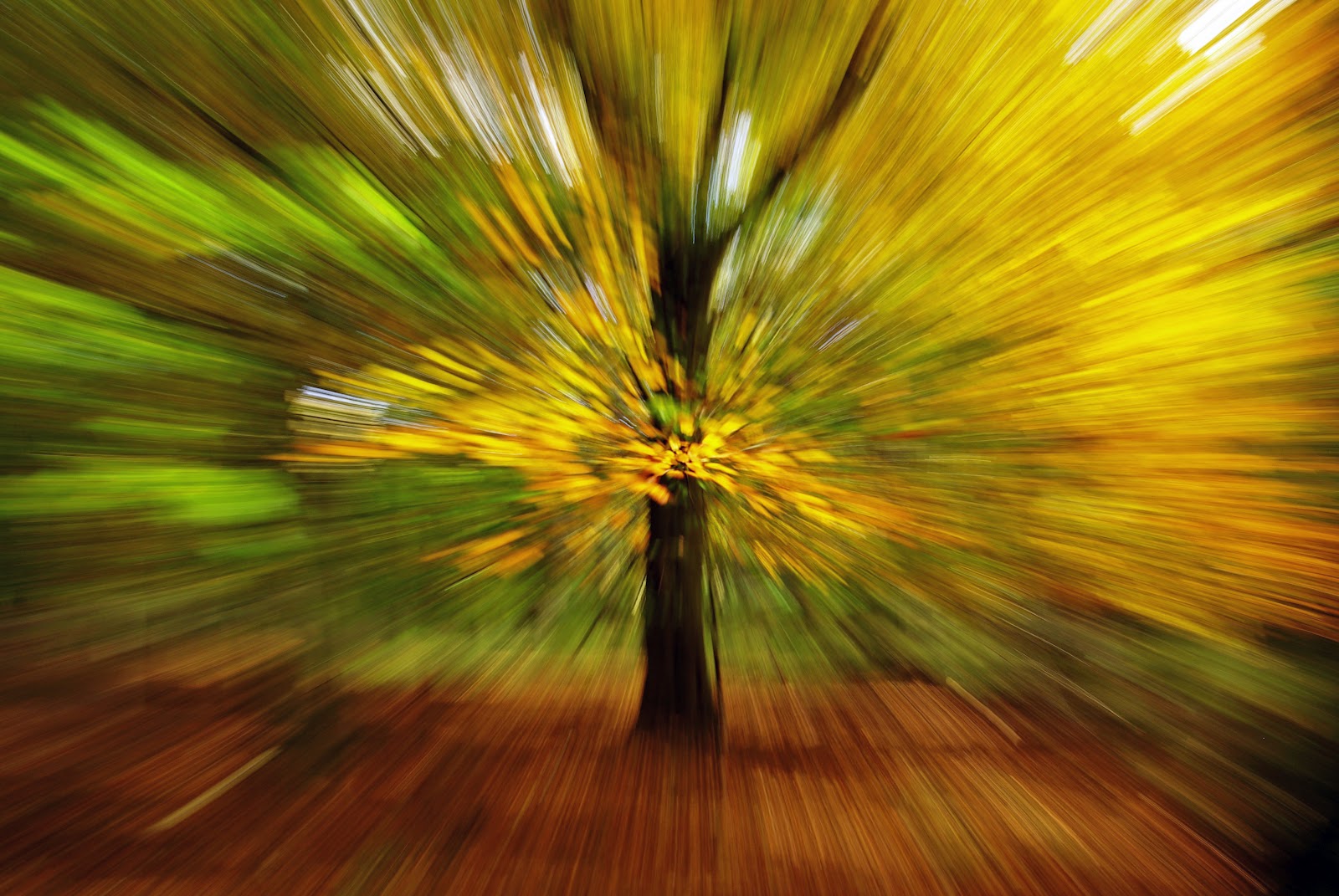 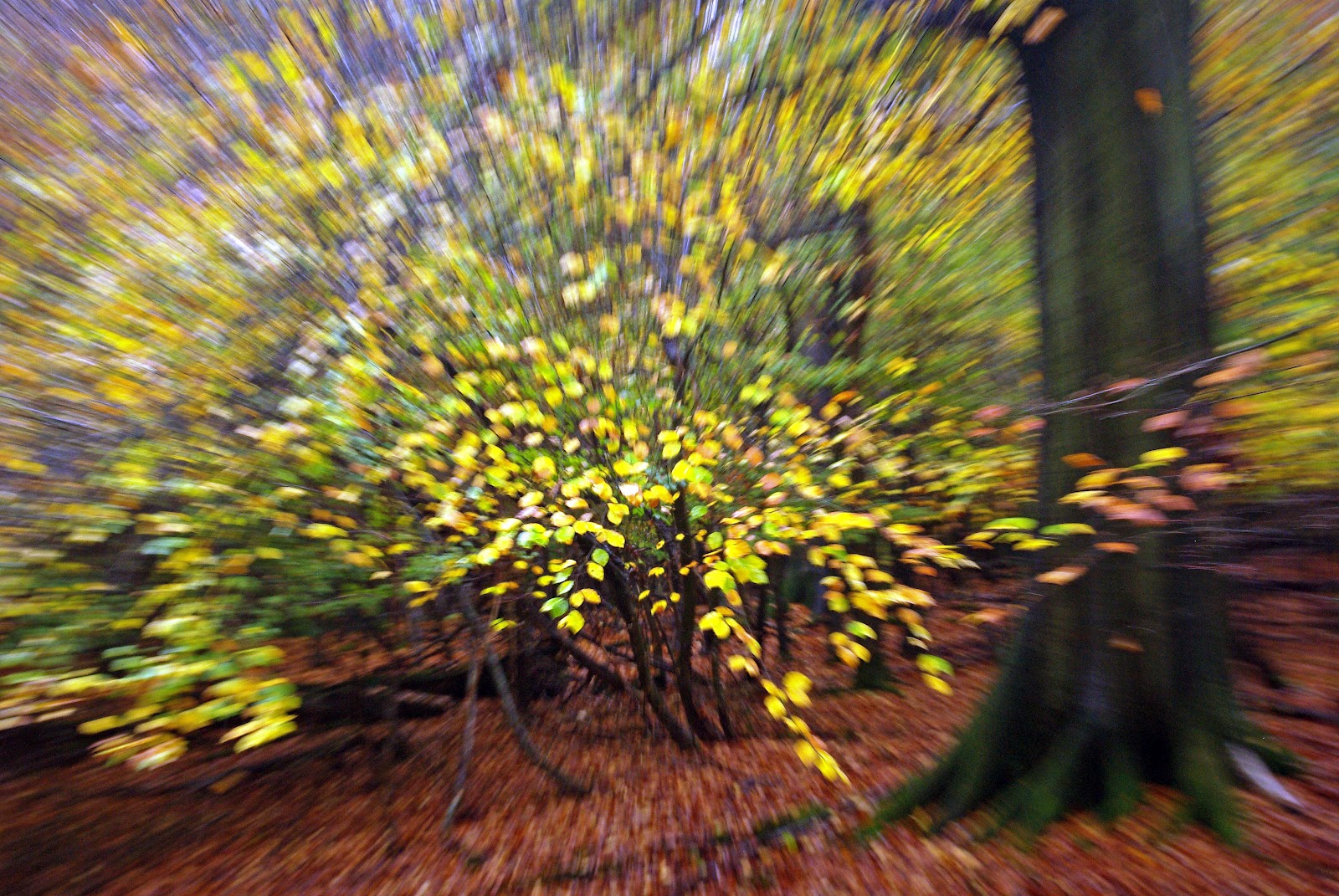 and shivering quiet in the winter. 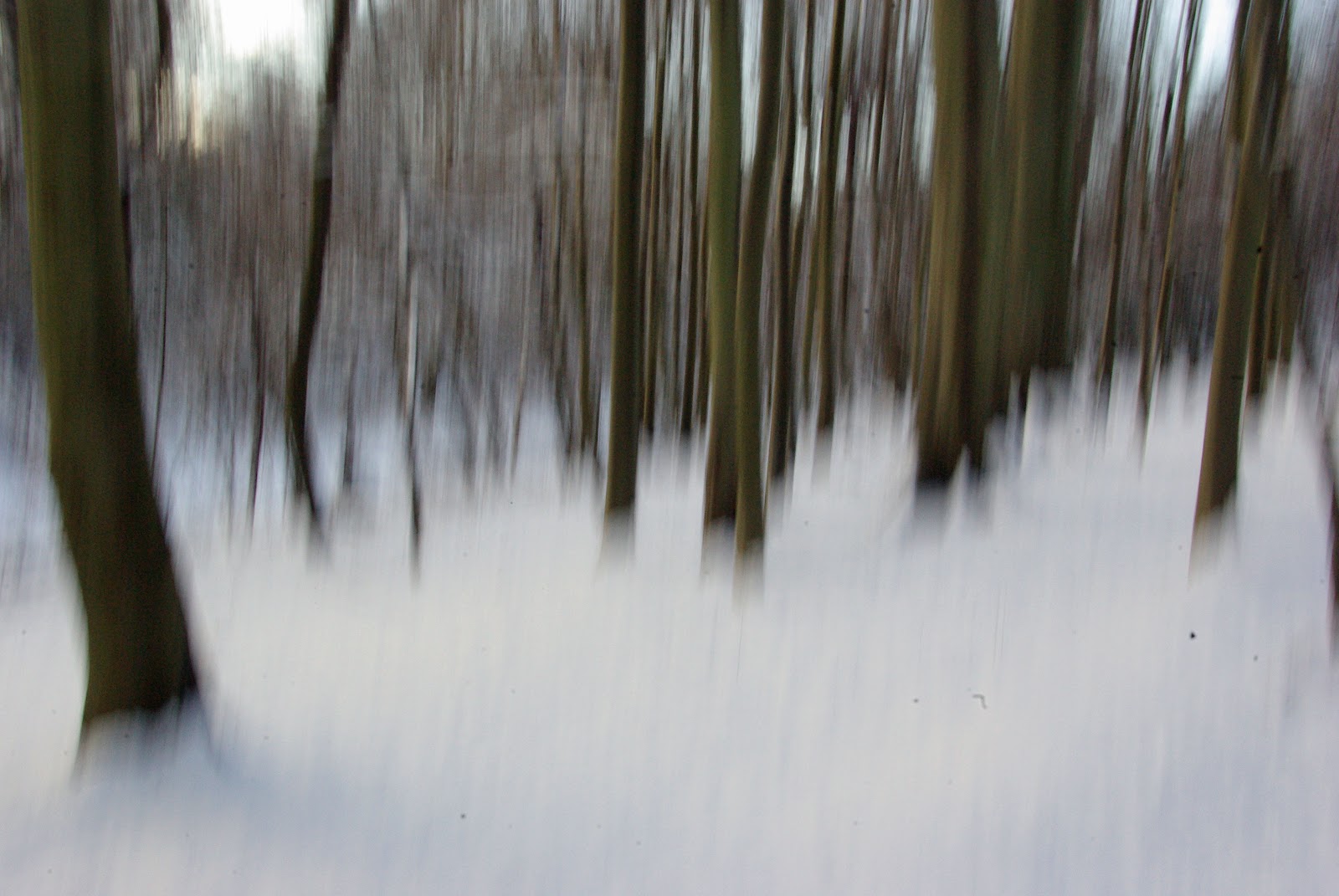 It is an enchanted landscape, the endge of the Chilterns being seen from Ivinghoe Beacon as a flow of hills slipping away to the south, grasses spotted with orchids, 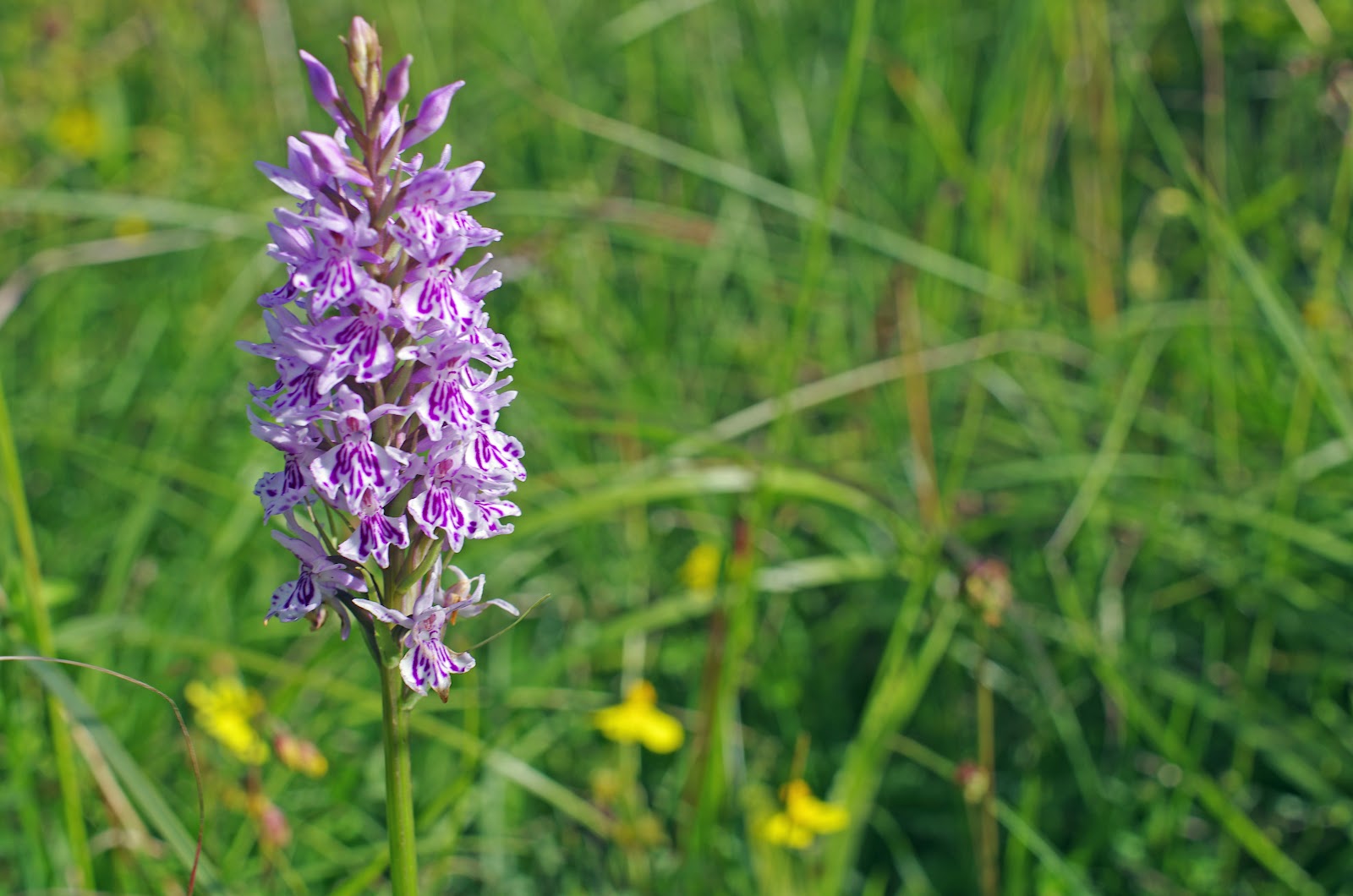 the scarp crowned with beechwoods. 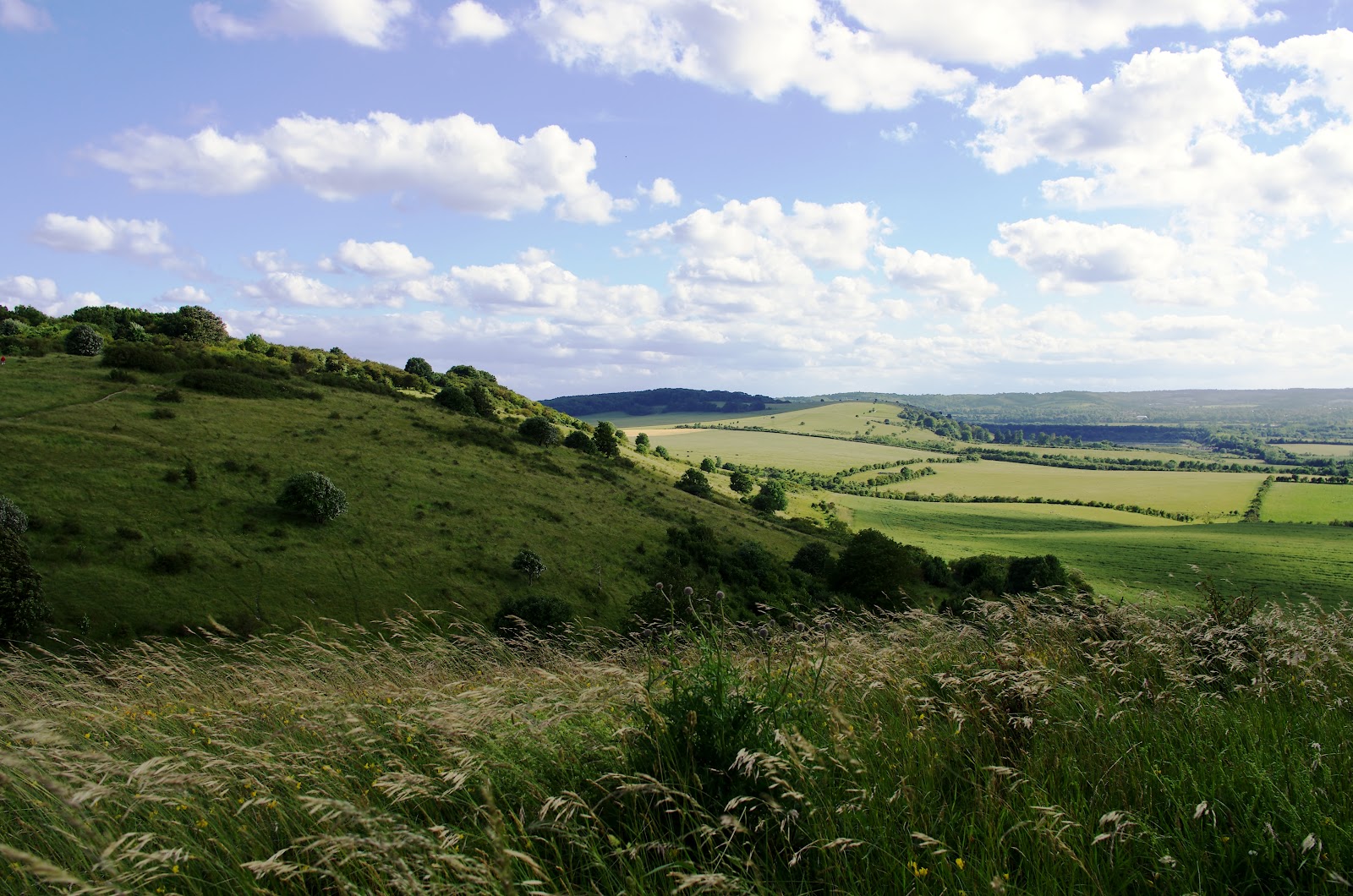 At its heart is the house, looking older and more beautiful than it should, perhaps, but gaining in elegance from its splendid setting, both as an estate within the gracious forests and as a harmonious set of buildings within well cared for and extensive gardens. 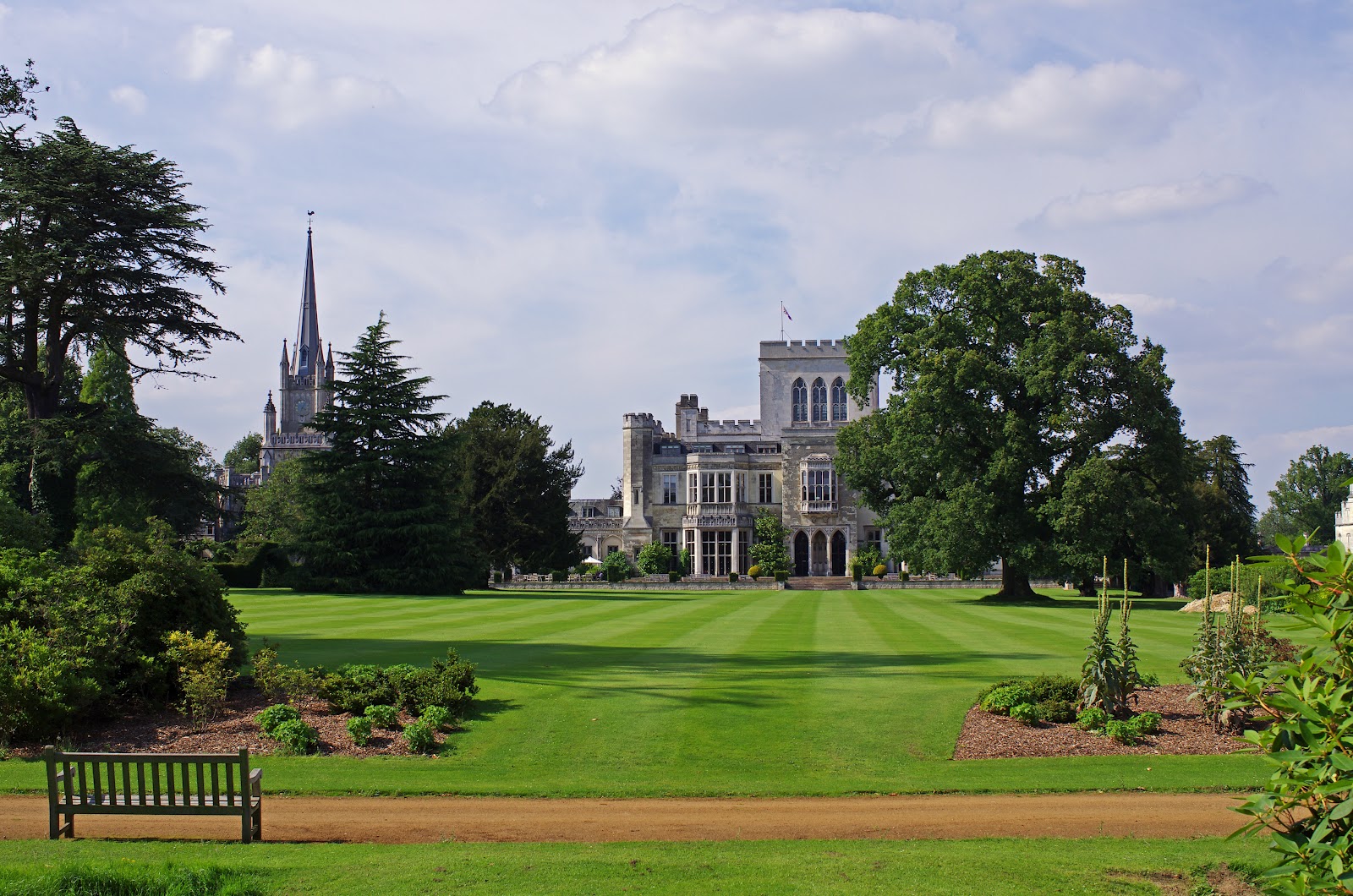 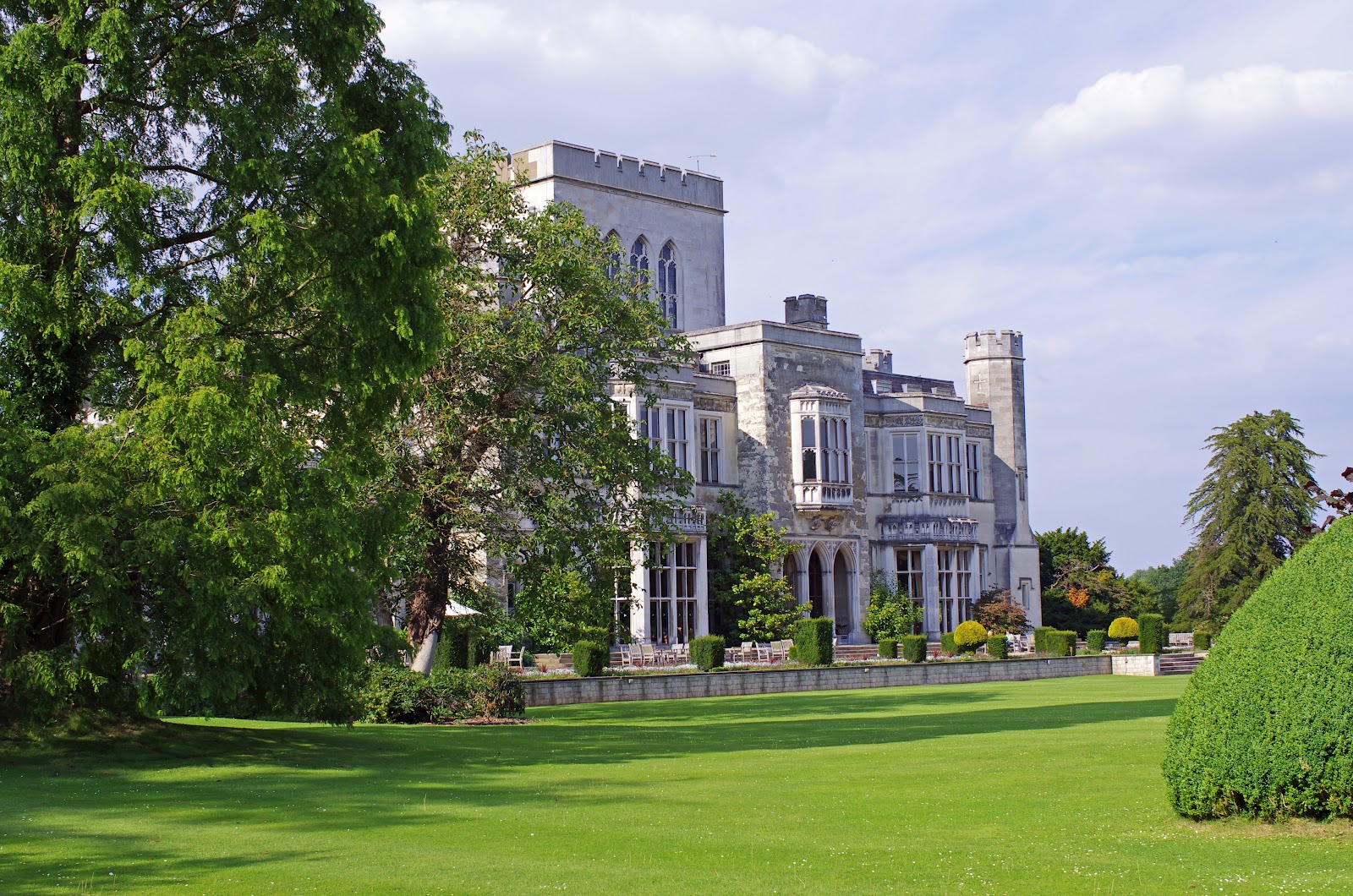 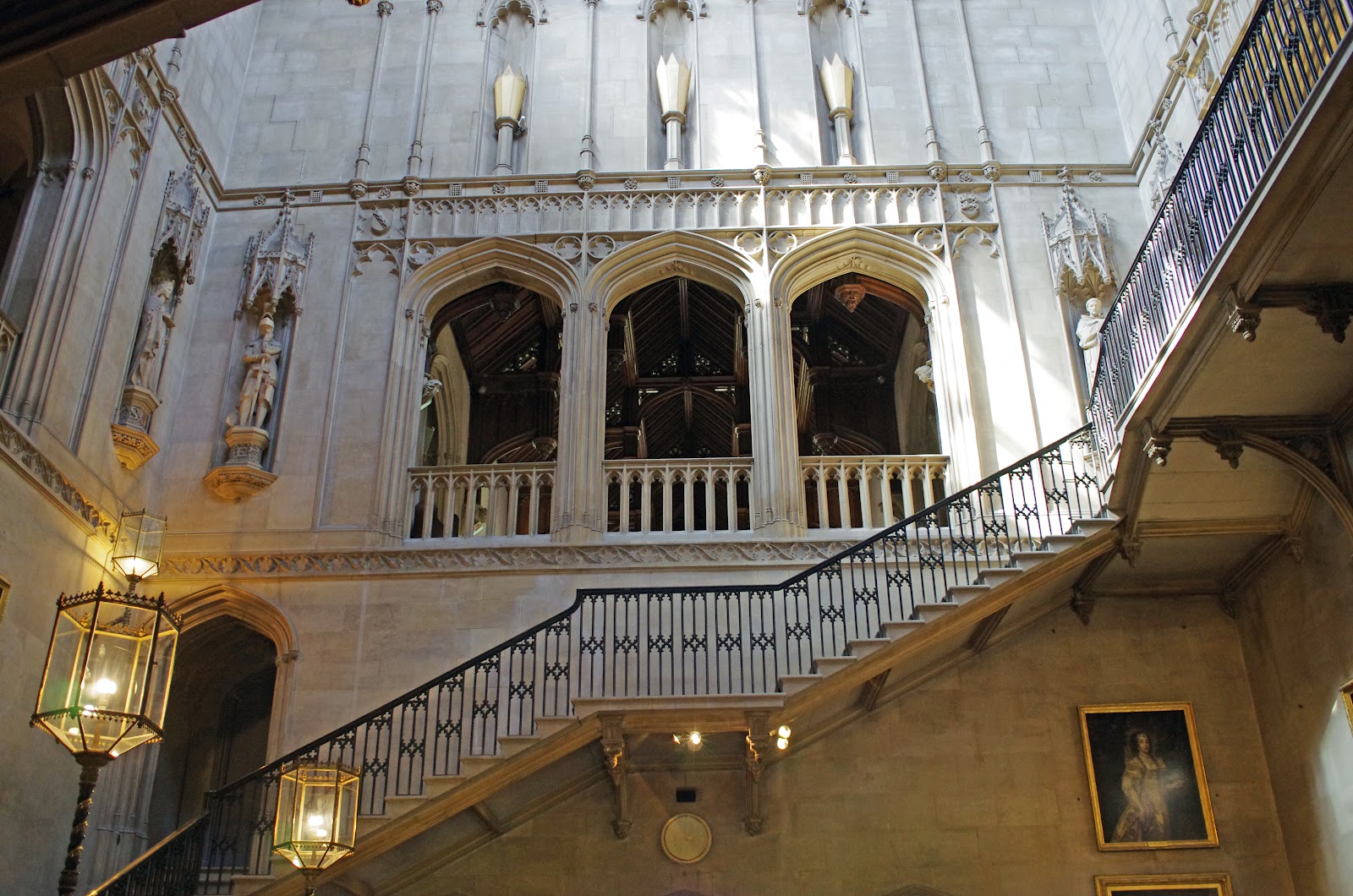 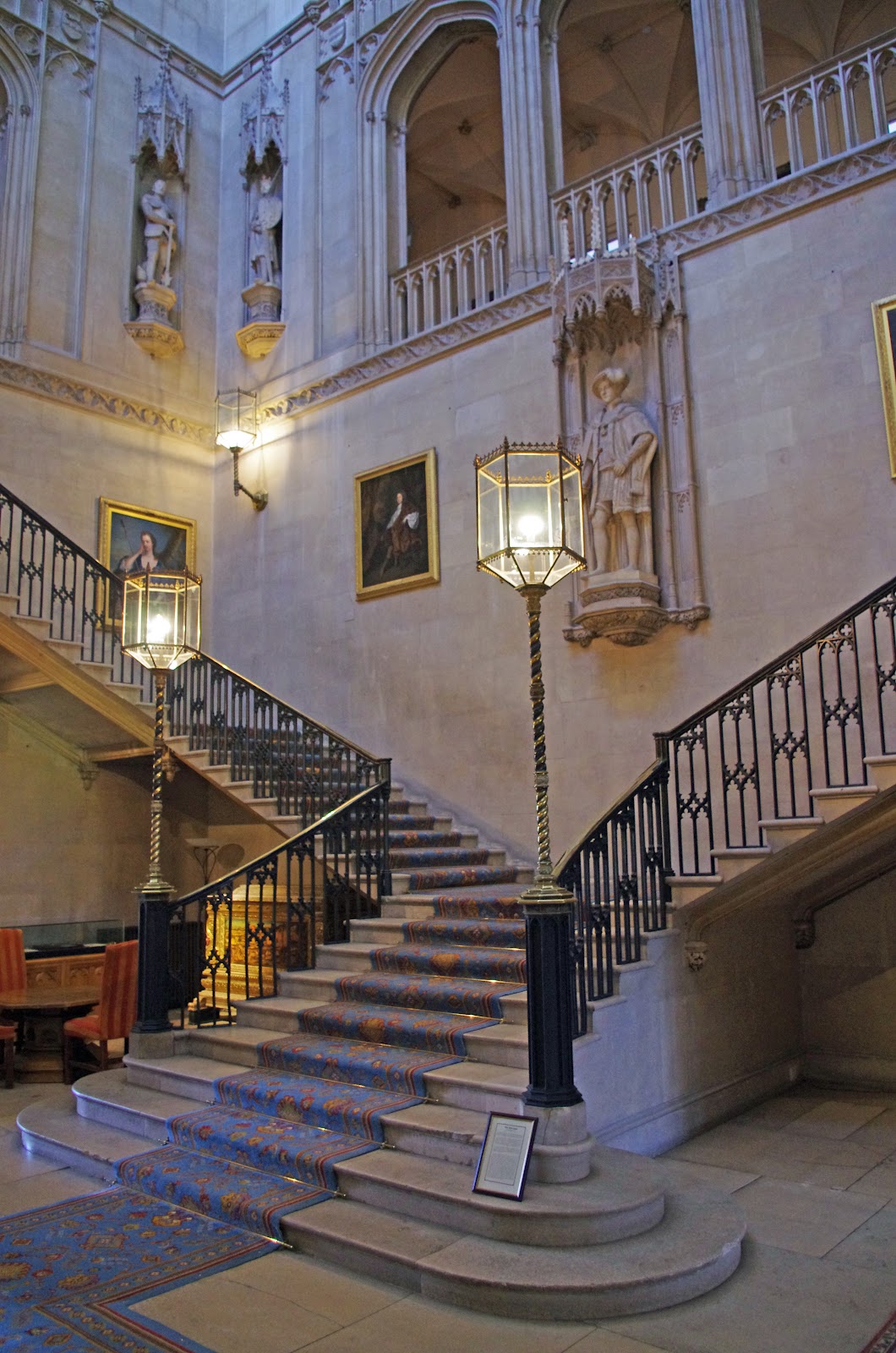 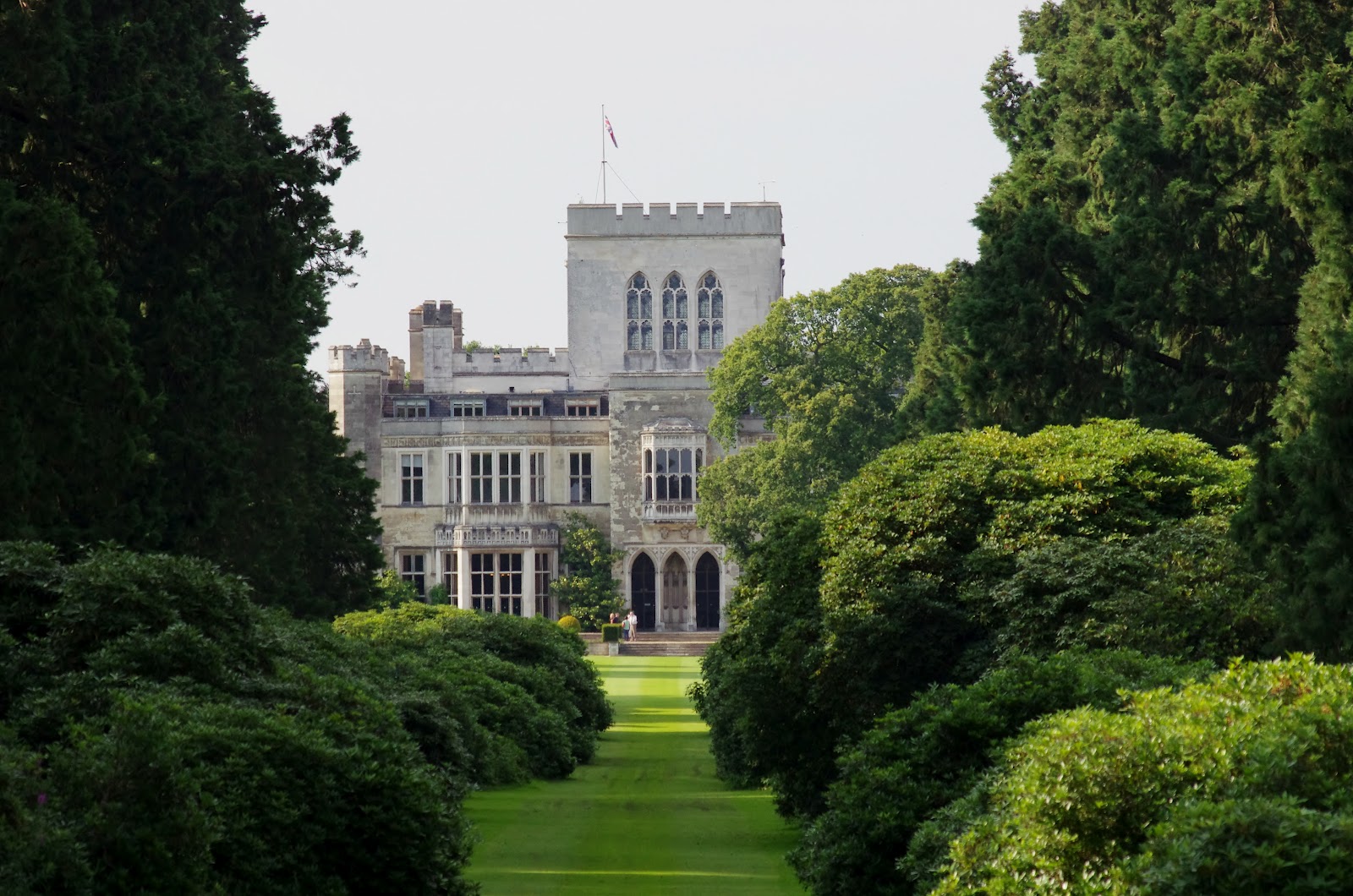 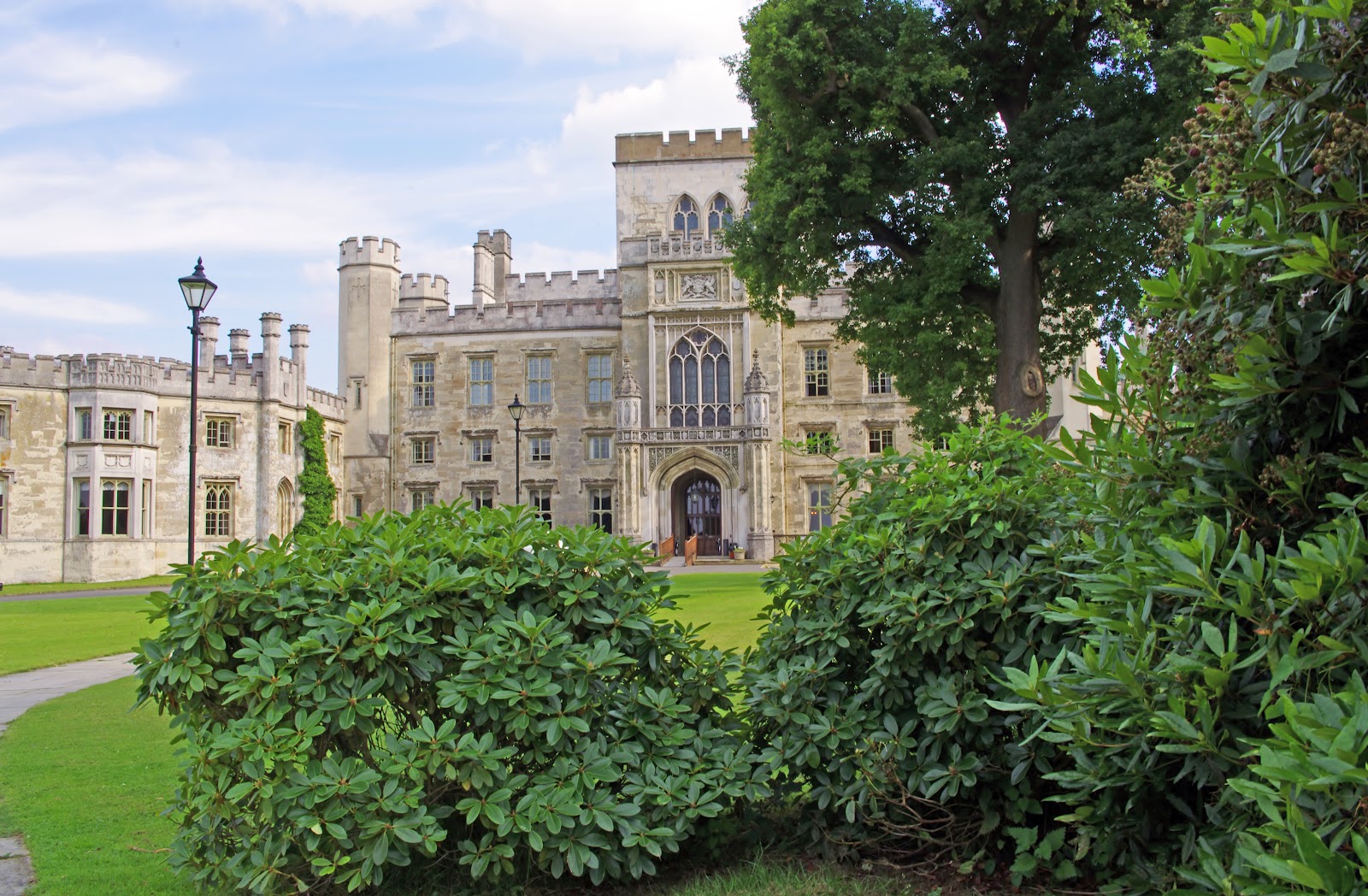 Wandering in the woods and fields around here has been one of my pastimes almost all my life, and it never fails to be enjoyable.  The open spaces, paths 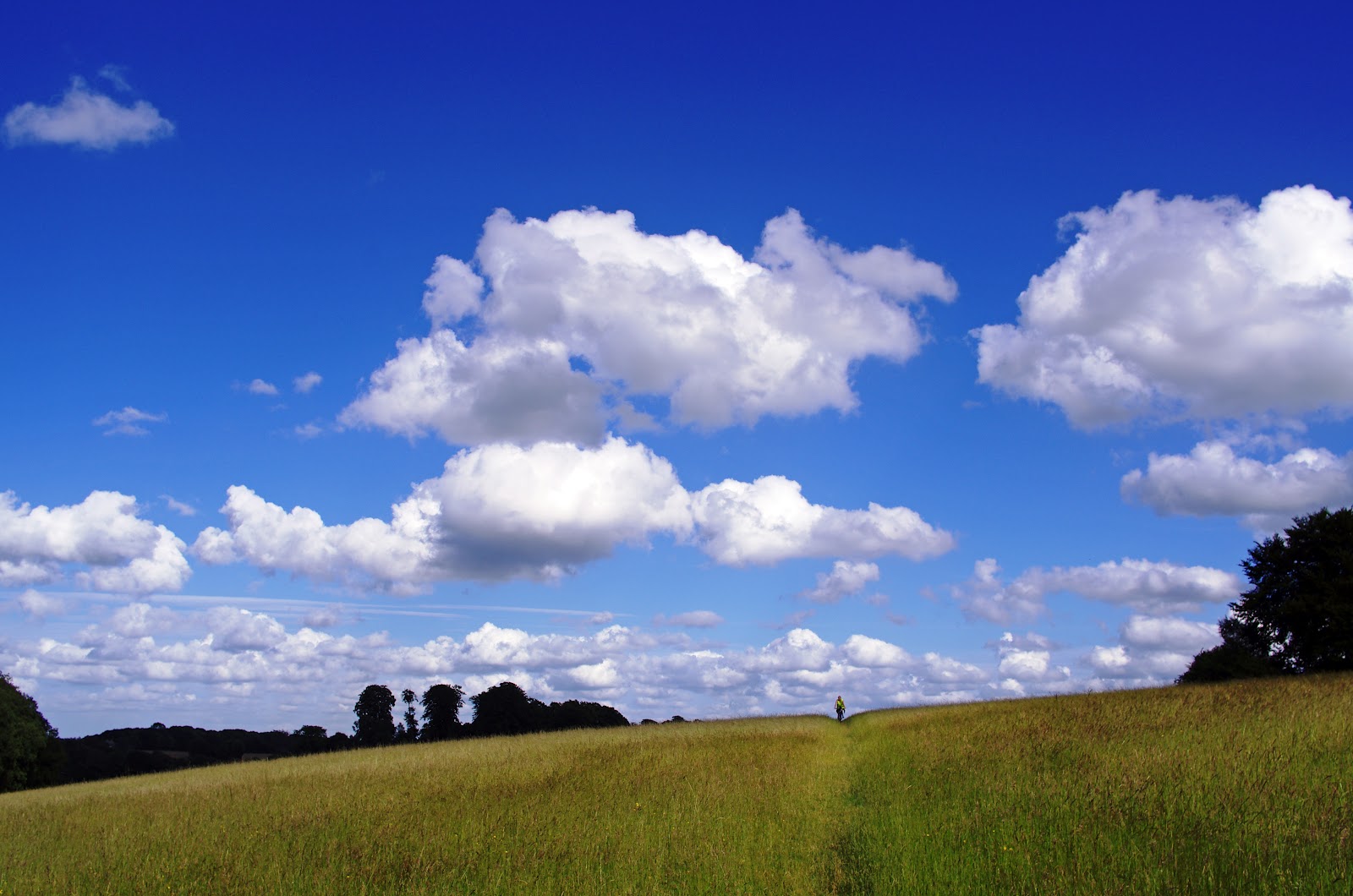 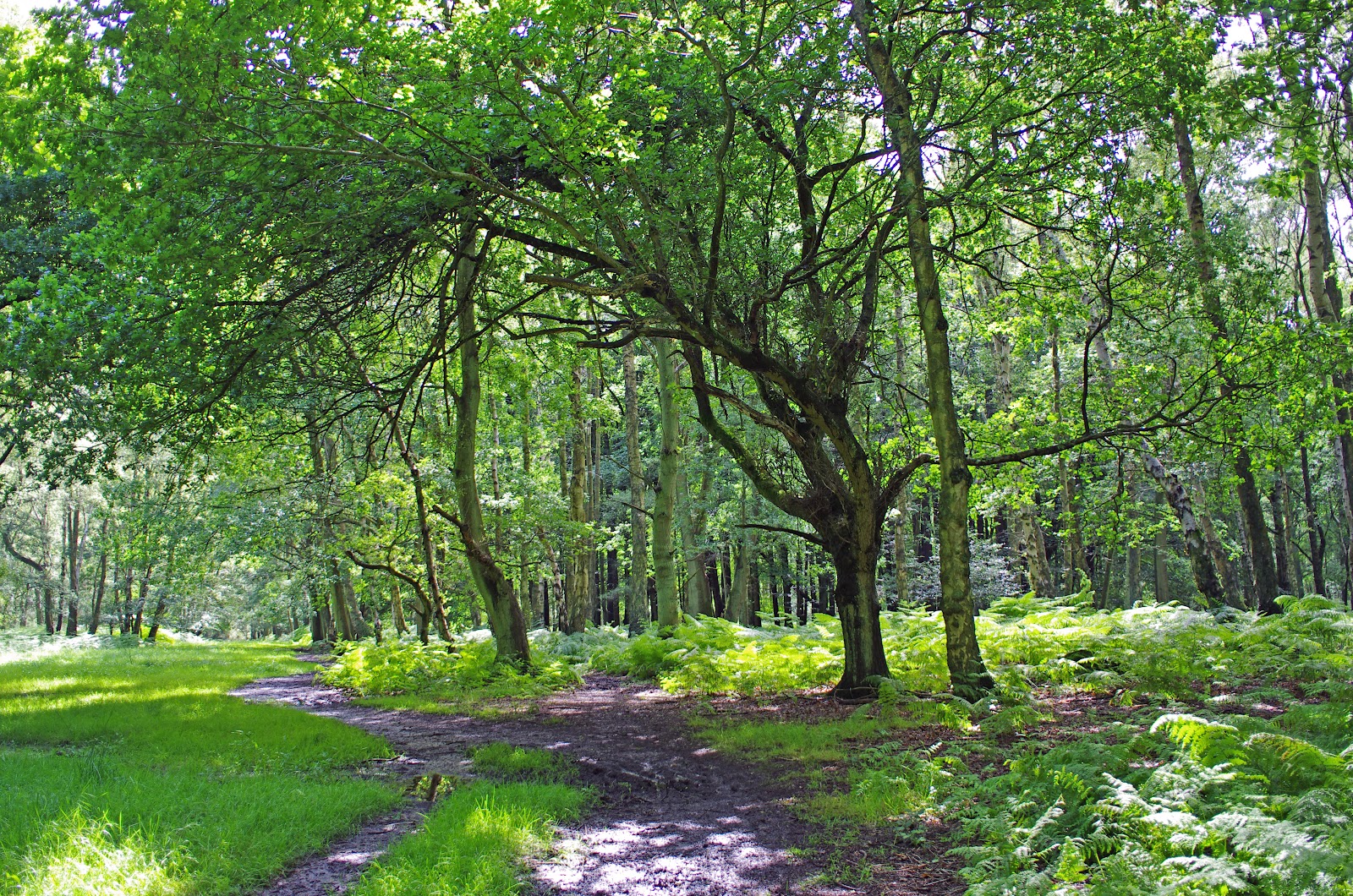 and dark, thick clumps of trees, 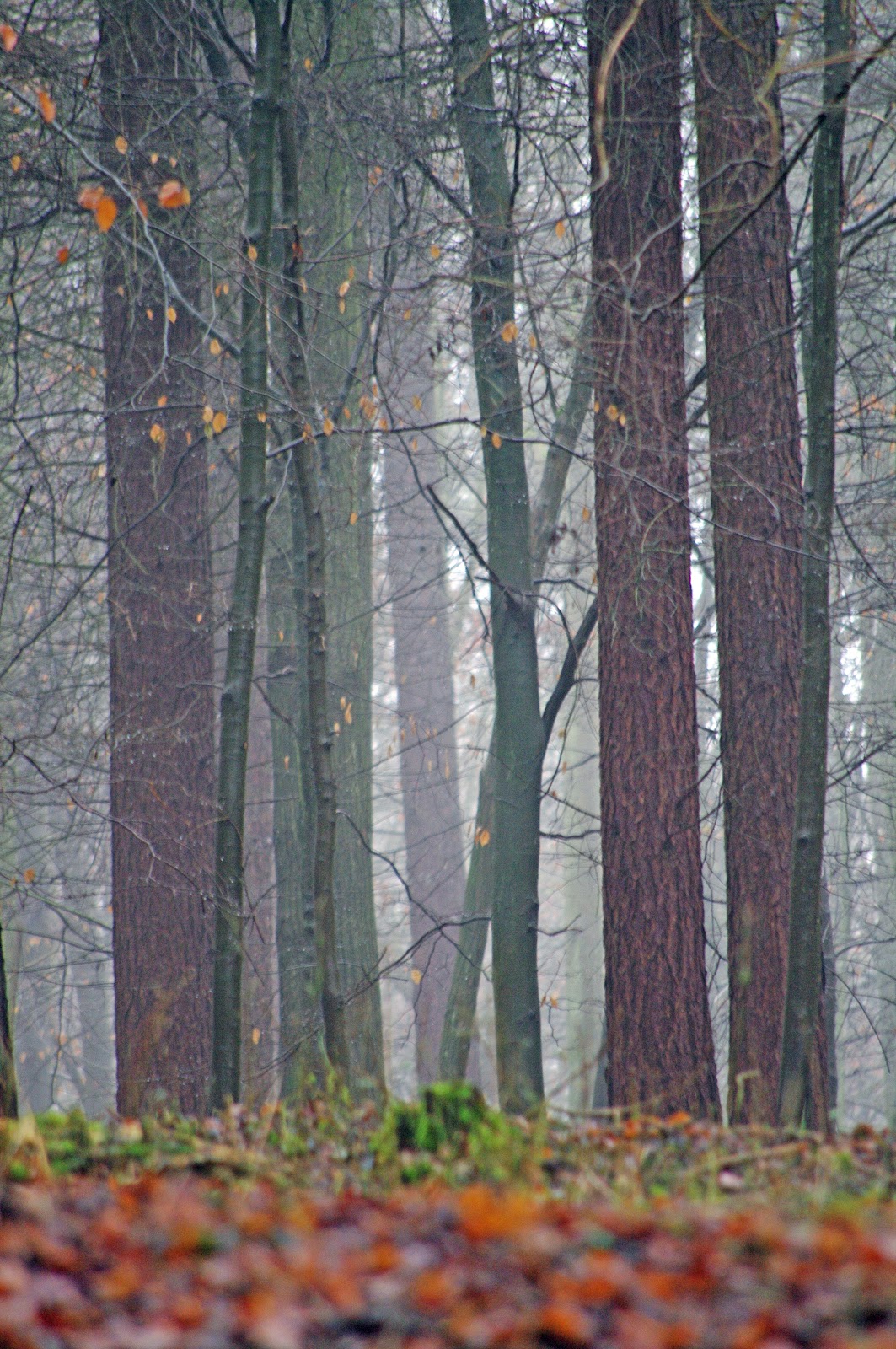 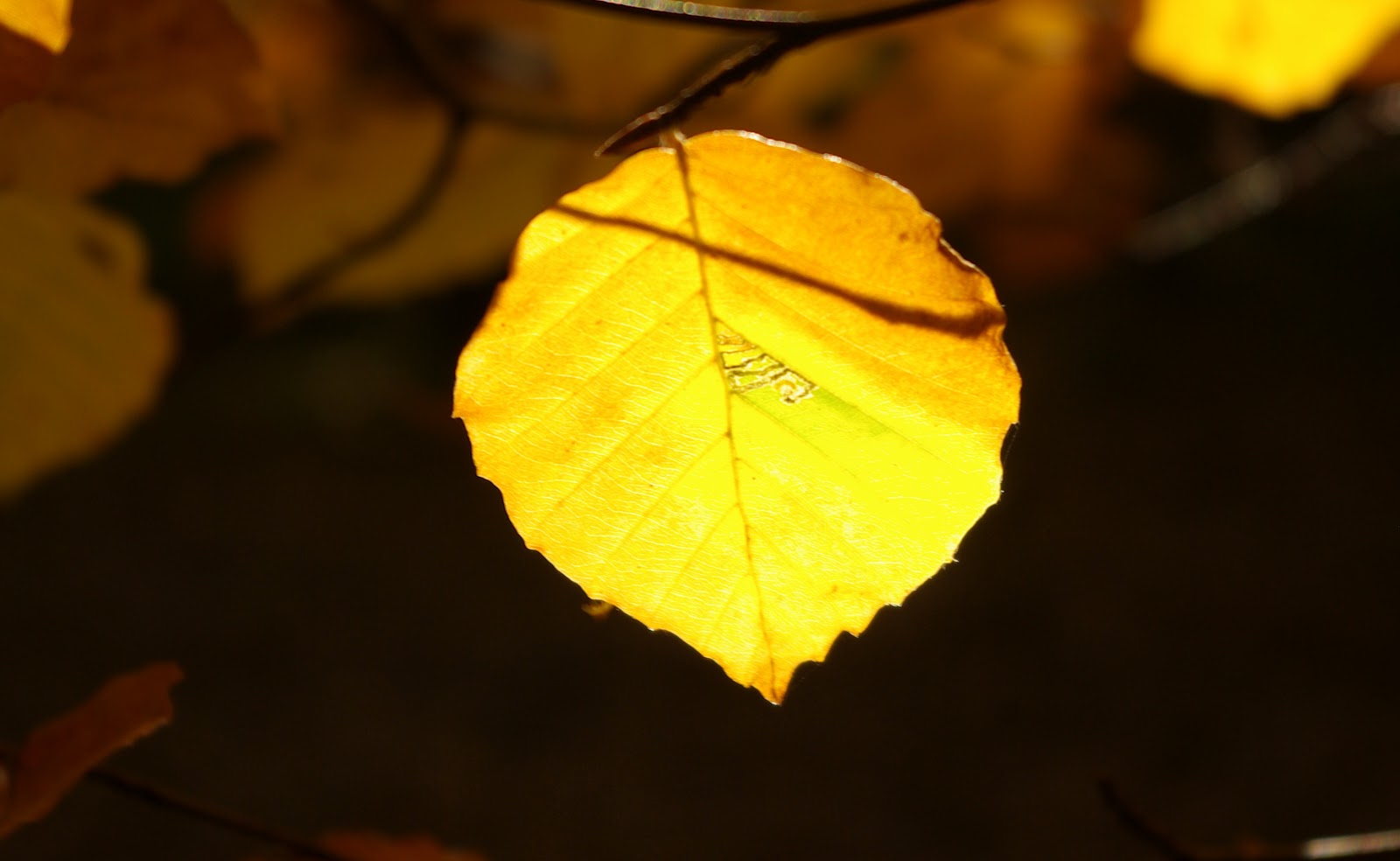 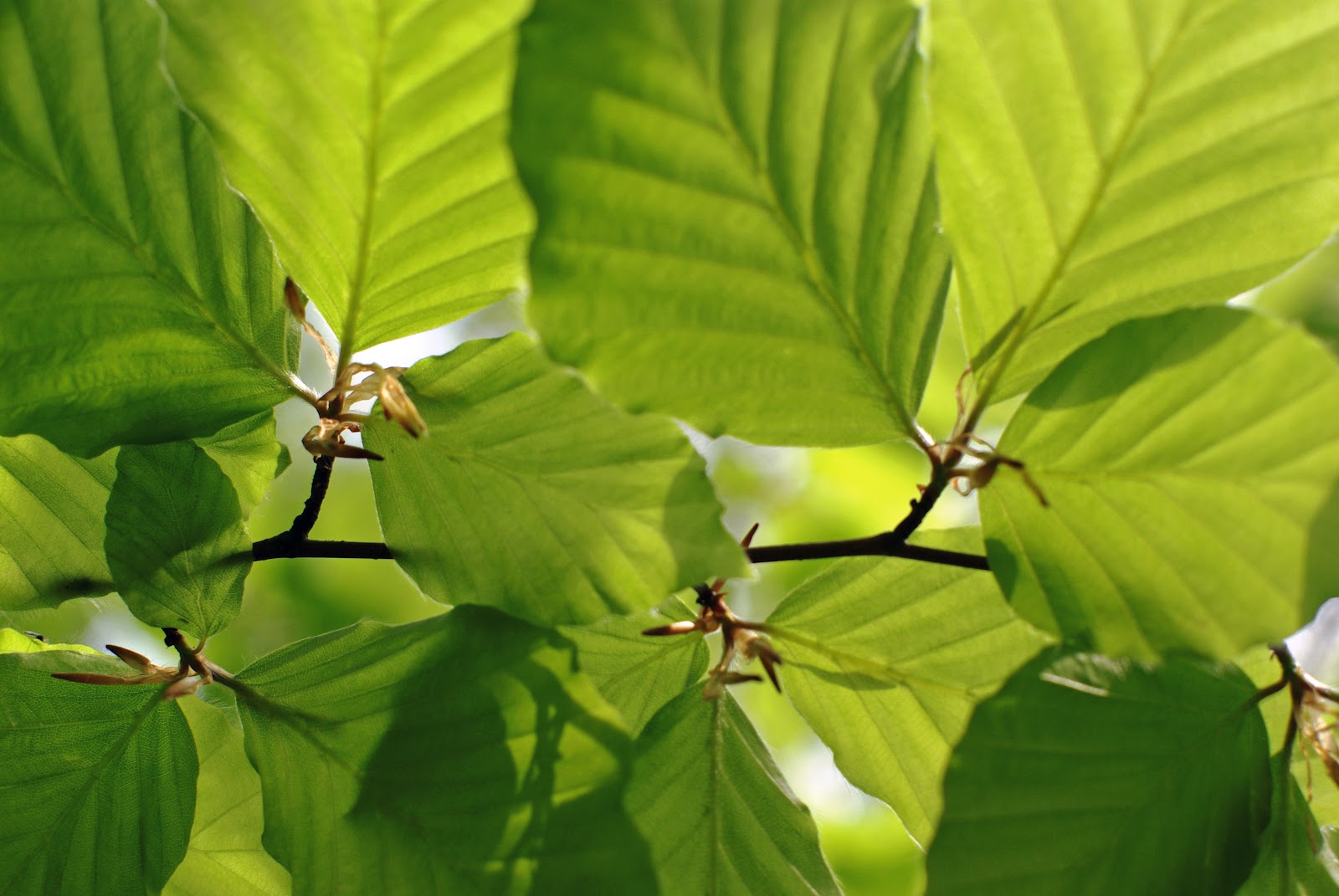 provide peace, and solace, and a source of education and entertainment, inspiration and comfort, whatever the weather. 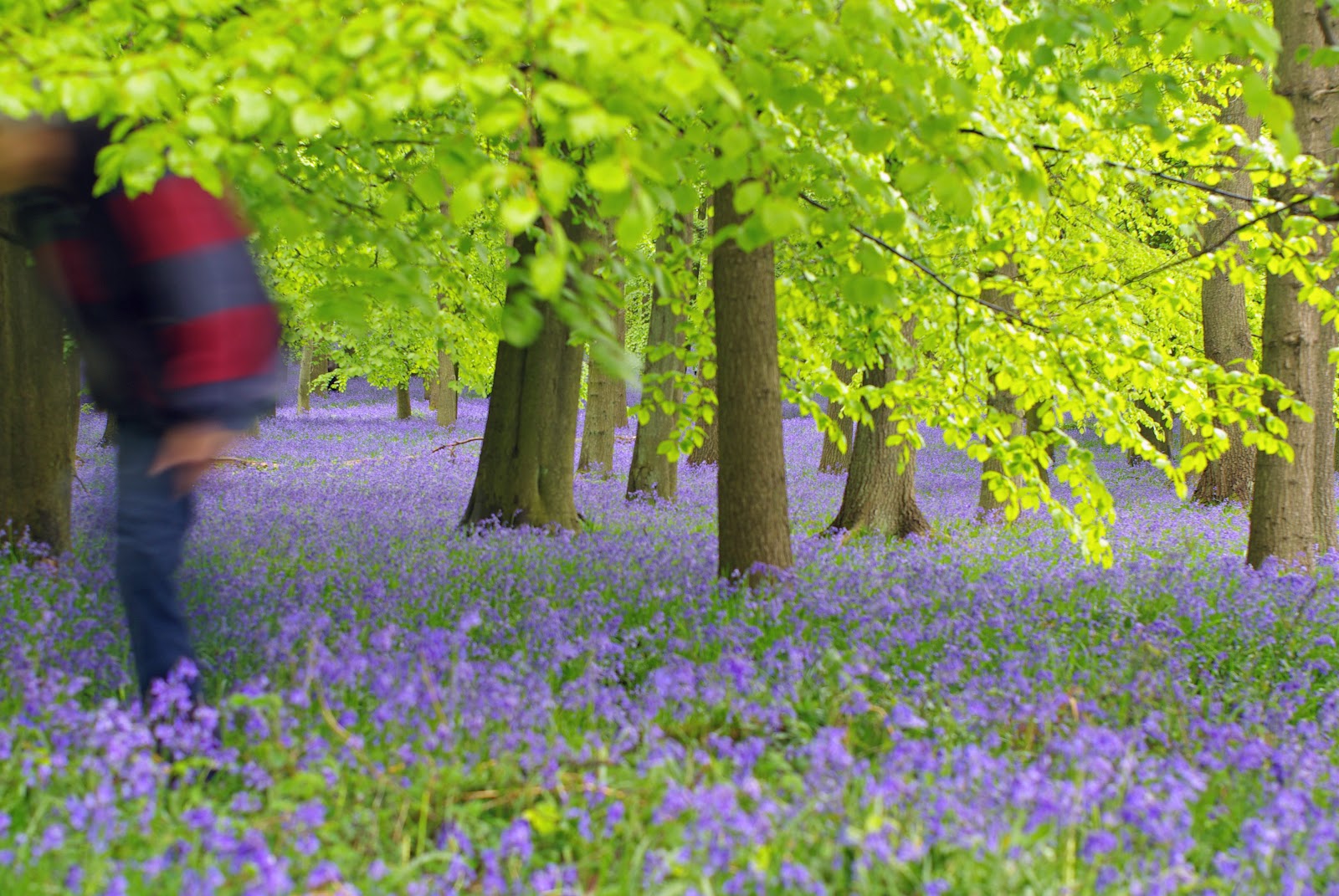