The Island of Giglio

The sun sets below you from the terrace of the “Ristorante Da Maria”, shimmering on the waters of , silhouetting the Faraglione, jagged stacks that owe their name to their resemblance to the fangs of a lion.  You dine in style within the ancient walls of Giglio Castello, served by piratical waiters, cooked for by family members who are passionate about food.  The combinations of flavours here reflect the proximity of the sea – barely more than a kilometre away as the Merlin stoops – and the wild heights of this rocky Tuscan island – almost five hundred metres above the sea.  Cuttlefish and funghi porcini, squid and basil, rabbit and wine vinegar, pine nuts, capers.
﻿ 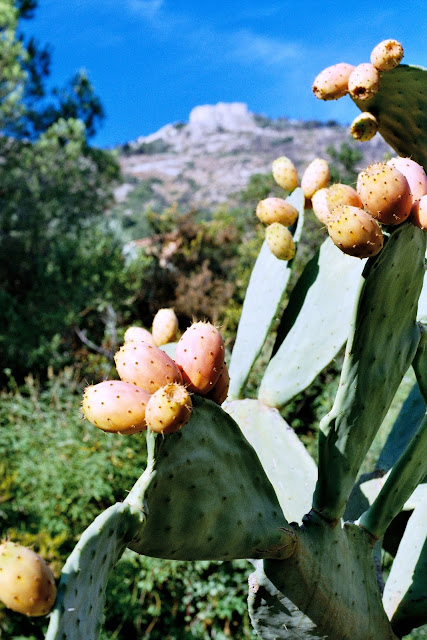 Il Castello is the Tuscan heart of this rocky island, 8.7 kilometres long and 4.5 wide at its broadest, though it is an exceptional, atypical place.  Giglio has been inhabited for millennia, but never overpopulated.  Even today its regular population is only about 1,600.  Objects from the Stone Ages have been discovered on the island, and in 1950 a cache of relics from the Bronze Age were also found.  The Etruscans certainly knew the place and from about the time of Christ Romans frequented the place, and a fish pool that belonged to a patrician villa near the port can still be seen.  There are also many wrecks, some of them Roman, in the clear waters around the coast, which attract divers from all over the world. 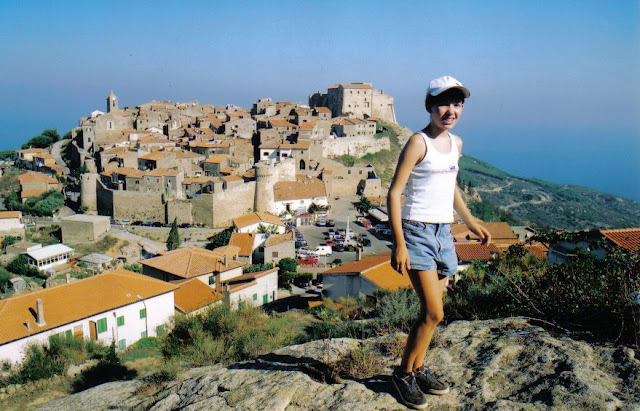 In the Middle Ages pirates scoured coastal parts of the , and repeated raids on Giglio drove the people from the shore up to Il Castello.  This was strongly fortified by the Medici family from after the infamous Barbarossa completely depopulated the island in the 1540s, deporting about seven hundred people to slavery in .  The intricate, honeycombed and honey-coloured citadel remains now much as it has been for centuries, with only minor adjustments, such as the conversion of donkey stables into holiday apartments.  Here you can still buy the remarkable local wine (Ansonaca, made from tiny, sun-filled grapes, which only thrive here and on Monte Argentario, the mainland only 14 kilometres away) in deep, cool cellars.   You can still pay your respects to the forearm of St Mamilius of Montecristo, which is kept in the parish church.  You can still acknowledge the memory of Rossini (who passed some time here) by joining in the jam sessions on the stepped central street in the evenings.  Meanwhile, as your exquisite meal in Da Maria draws towards a dolce and amaro conclusion the clouds begin to drift through from one window to another, almost as if they lived there. 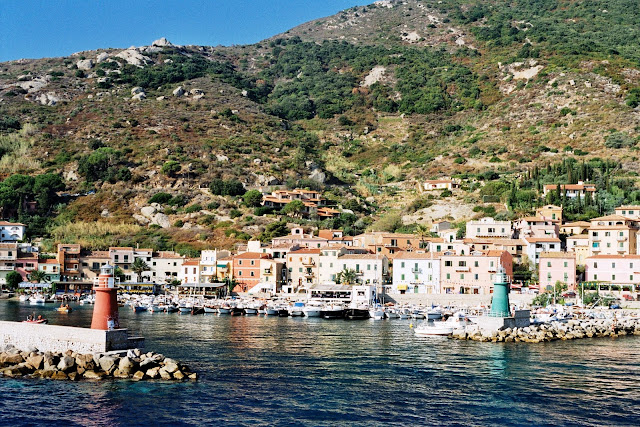 In the mornings, if you’re up early, you’ll catch the sea at its limpid best.  Bright turquoise above the granite sand, a true aquamarine above the weeded reefs.  Plunging deep inside the waters you’ll share your space with wrasse and barbel, mullet, bream and schools of tiny fry.  Occasionally you’ll glimpse crafty and dangerous weaver fish, burying themselves in the sand, and subtly disguised cuttlefish or a brassily obvious conger eel.  Sea urchins (now a protected species) abound, as do tiny hermit crabs and other rock-scrabbling, green-shelled crustaceans. 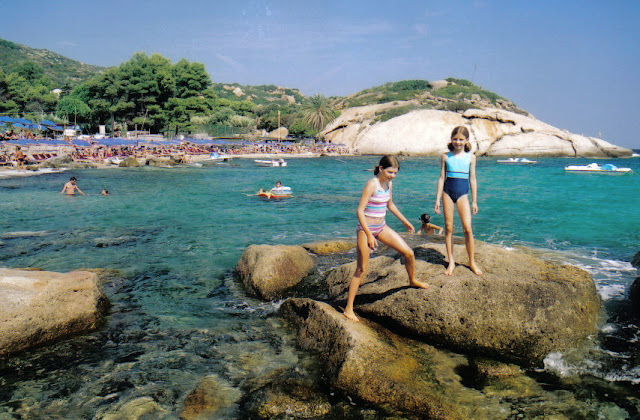 It’s not a place of extensive beaches, and there’s not a sand dune or golf-link in sight.  It’s against the law (and more-or-less accepted practice) to use a motorboat within 200 metres of the shore – except of course in the port where regular ferries dock and manoeuvre to and from Porto Santo Stefano on the mainland.  Jet-skis just don’t appear, though ritzy great motor yachts may, gliding into quiet coves self-consciously to anchor in the still of dusk and then slipping guiltily away as the sun begins to warm the hungry gulls on the rocks. 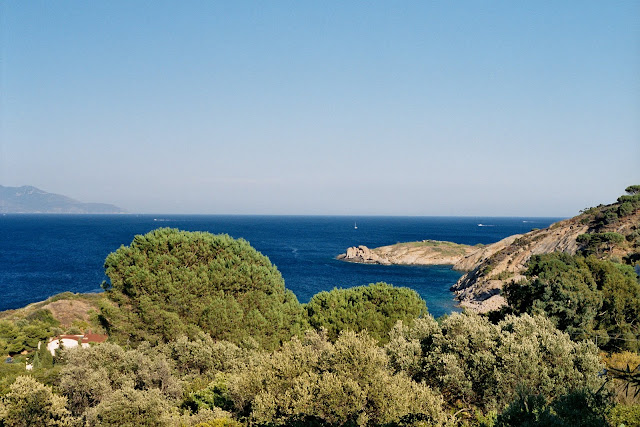 Giglio, whose name derives from the Greek for goats (igilion) and not from the Latin for a lily, is pan-like, not regal.  Even today it is largely impenetrable, dense macchia (a heady mixture of broom, arbutus, lentisk, sistus, tree heather and myrtle) and steep, angular folds rather than graceful and grassy slopes.  On my first visit, some twenty years ago, I lost my way from the heights of Il Castello down disused mule-tracks to Campese, and eventually arrived scratched and scared after epiphanies of extinction on the wild mountainside.  The principal ways are clearer today, but you could easily find the space to get lost in some area where cultivation has given way to wilderness (usually the brambles are worse where land has previously been cleared).  This year, it was good to meet a donkey, being skilfully ridden up the track from to Il Castello, a sign that some traditions are still alive. 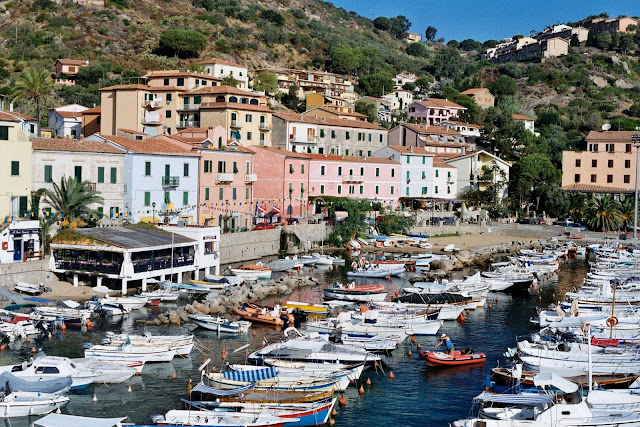 After the last Turkish raid in 1799, sailors from and the south began to colonise the coast, and Il Porto began to take its modern shape and importance.  Campese, the third nucleus on the island, only grew to anything like its current proportions in very recent times.  The pyrite mining at Cala delle Allume in the mid-twentieth century (which closed down in 1962) employed young men from Castello who would walk down the mountain before dawn, work the deep, hot and stuffy galleries naked, all day, before climbing back up again in the evening.  All but one of those men, by the way, the first to earn cash wages for anything on the island, have since died of respiratory diseases not unrelated to their working conditions.  {The one remaining miner recently (March 2013) was present in Grosseto at the launch of a book about the Pyrite mining - at the same time that the remaining pylons that had been used to load the ships were being removed from the bay.} 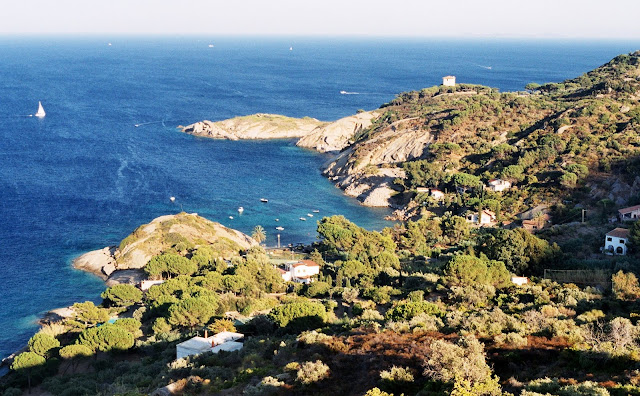 Giglio is a paradise, despite the obligatory existence of some serpents (there are actually no vipers).  The population might increase by a factor of ten or more every brief summer, but, by and large, those who seek the beauty and tranquillity of such an Isle do appreciate its beauty, and therefore help to preserve what they come to.  The creation of the Parco Nazionale dell’Arcipelago Toscano (National Park of the Tuscan Archipelago) in 1991 has limited the possibilities of development in the southern part of the island.  The presence of Greenpeace at Torre del Lazzaretto (or is that just a rumour?) cannot be unrelated to the politics of nature.  There is even one hotel (Pardini’s Hermitage) that prides itself on its inaccessibility – it can only be reached by boat or by a very difficult footpath – and which not only caters wholly for its guests but has a ceramic workshop, all you need for watercolour painting, musical instruments and a well-stocked library.  Really it is no ordinary island.

In the bars and restaurants you will see pictures of history and pictures of seasons.  Snow on the hillsides and rooftops, waterspouts (twin ones) just off Campese, freighters loading pyrite, fishermen landing swordfish.  It is a highly colourful and varied environment, with a wealth of natural and human resources.  If you haven’t been, you should.  But if you do go, leave it as you find it…! 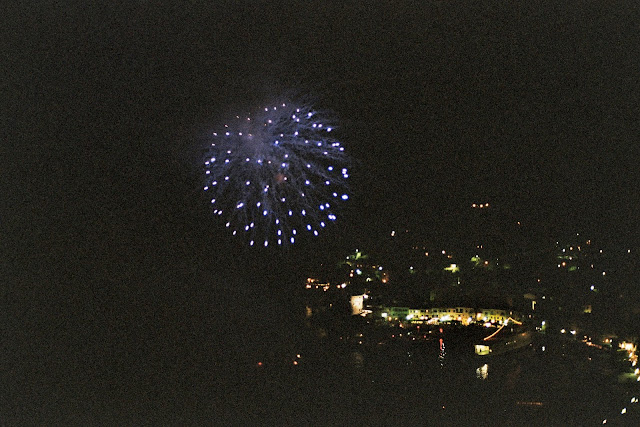 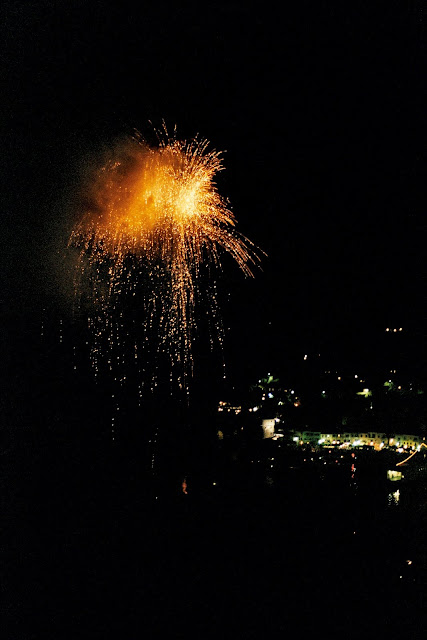 As a parting gift, Carlino, a native of the island then in his seventies, brought me some of his homemade wine.  He still works a parcel of land, and regularly fishes from a small boat.  The flavour of his Ansonaca is strong, pungent, almost impossible to describe.  No wine connoisseur would use words like ‘citrus’, or ‘blackberry’, or ‘fruity’ to sell this potion.  It’s almost a mixture of salt and sunshine, almost sunburn, and it has an after-taste of prickly pear.  It’s not a wine for the faint-hearted, and when Carlino proudly tells me that he treads the must with his feet I am tempted to wonder whether he takes his boots off first.  It is an acquired taste, like the island.  However, once tasted, it is never forgotten! 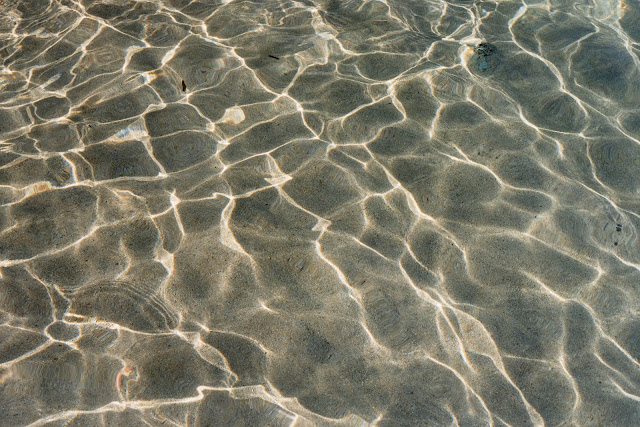 Of course this was years ago, before Francesco Schettino, the captain of the €450million, 114 thousand tonne Costa Concordia, felt he would like to show off by sweeping past the port with inches to spare on January 13th this year (2012) risking the lives of the 4,234 people on board (and losing those of 32).  Apart from the terrifying experience for all concerned and the deaths of those poor souls who were unable to make it to safety, it could also have had the most devastating effect on the local ecosystem and on tourism had they not been able to decant the fuel supplies.

As it is the enormous (290.2 metre long) hulk still lies there, and may be there for a year or so, as a bizarre and terrifying tourist attraction, with chemicals leaching out of it into the water as all the batteries and furnishings break down with every lapping wave.

Captain Schettino said, "I have to take responsibility for the fact that I made a judgment error."  At least he says he takes responsibility, which marks him out from, for example, Silvio Berlusconi, but even so one of Italy's most beautiful places bears the scars of individual vanity and stupidity and will, perhaps, never be the same, even when the carcass of the Costa Concordia is finally removed. 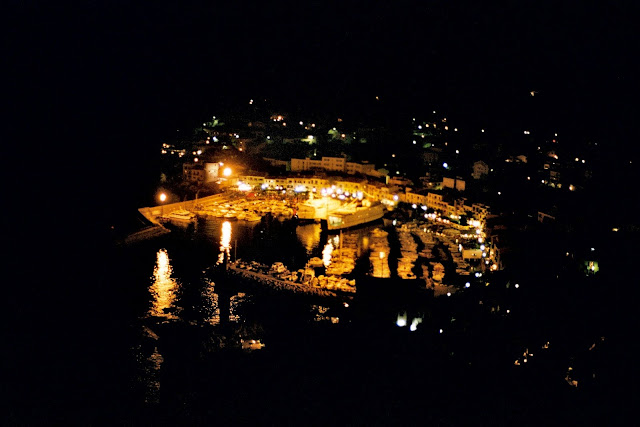