On the 50th anniversary of the film, Lawrence of Arabia 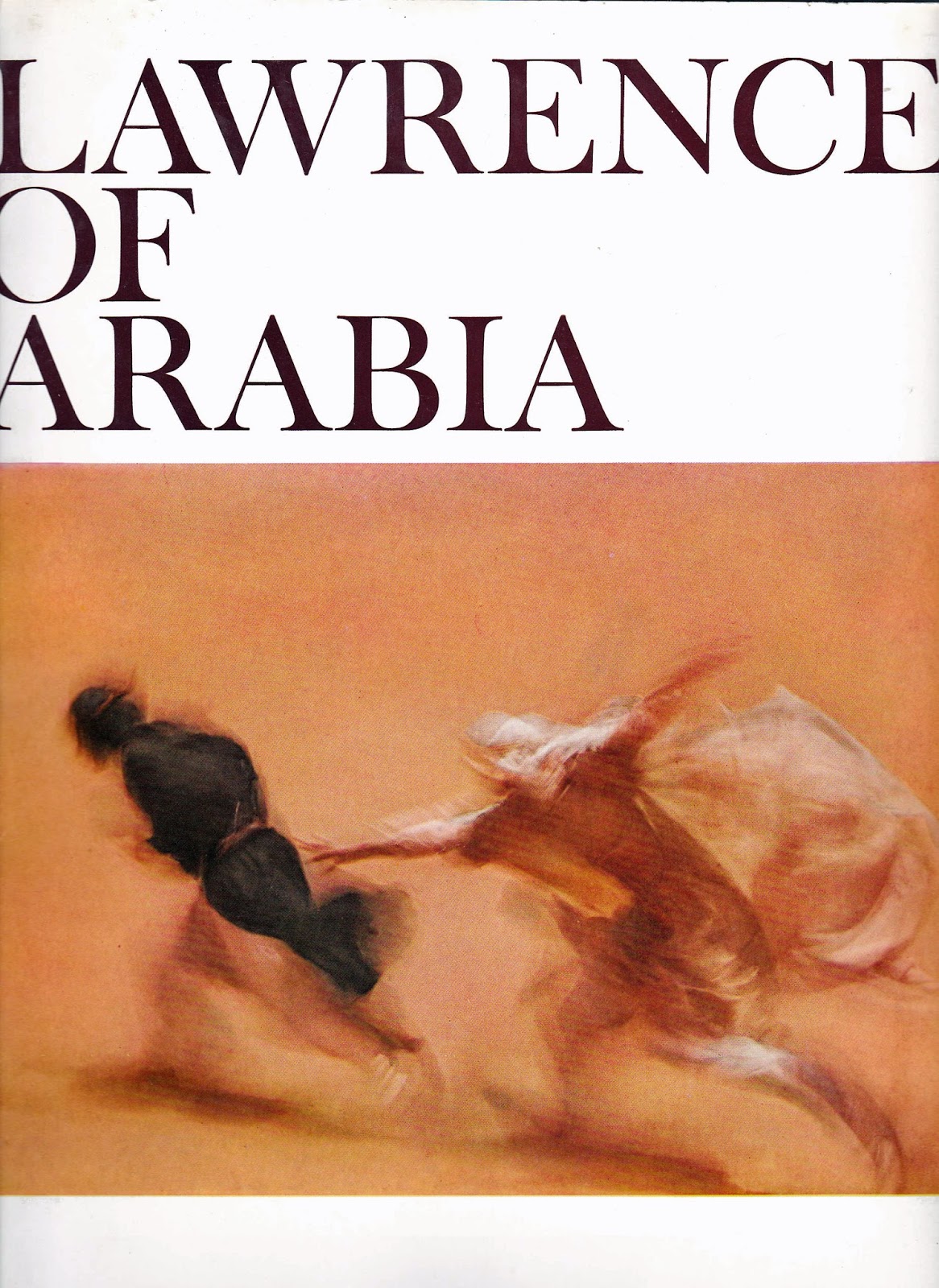 Half a century ago, almost to the day, my whole school was rounded up in a rastrellamento and force-marched up to the Rex Cinema in Berkhamsted High Street.  This was before the wine bar effect, but the shell uplights were there and the gauze curtain, and the red plush velveteen seats.... 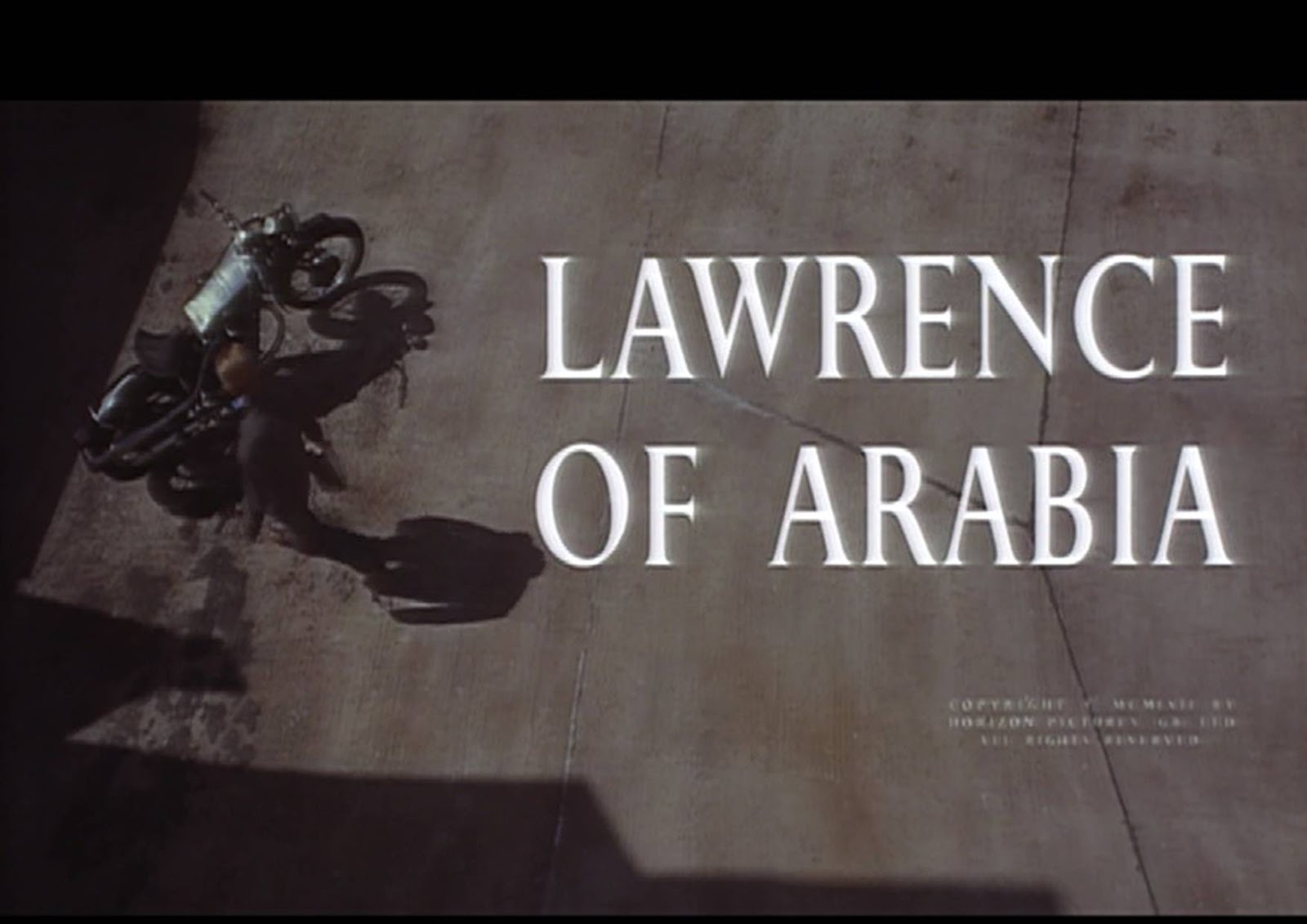 Music played over a blank screen, then a man walked out to polish a motorbike behind the titles.  Then, looking a little odd, with toad-like goggles and not exactly the epitome of cool, the man accelerated up a fairly straight road in sunny visibility.  As he reached peak speed a couple of boys on wobbly bicycles appeared before him and in a trice the man was history, goggles hanging on a gorse bush, the man to die in six short days without recovery. 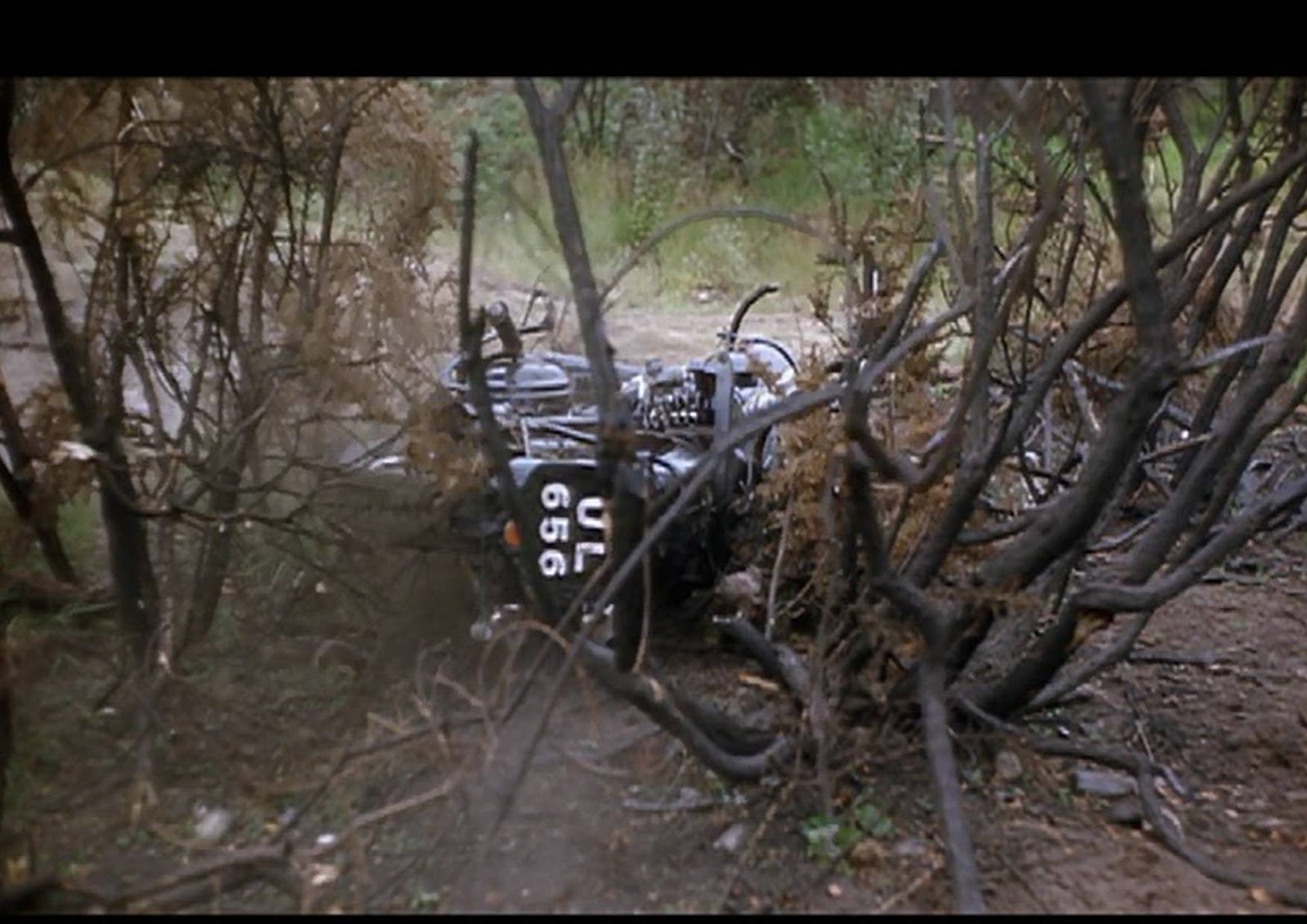 I was not conscious, on that day, as to why this man was so special.  I did not know that his death, a mere twenty-seven years before, had been Achilles to my father's generation.  Nor did I know that this film before our eyes, in vivid 70mm, was perhaps the finest moment of British cinema history, if not in the world of cinema.

As I watched the film unreel, some seed was sown in my mind.  It was not heroism, nor charisma, that later drew me back to read the writings of this man, nor to visit his tiny home in Dorset.  I feel it was the notion of anti-hero that grew in me, despite the great achievements and the undoubted effect of his leadership and interaction. 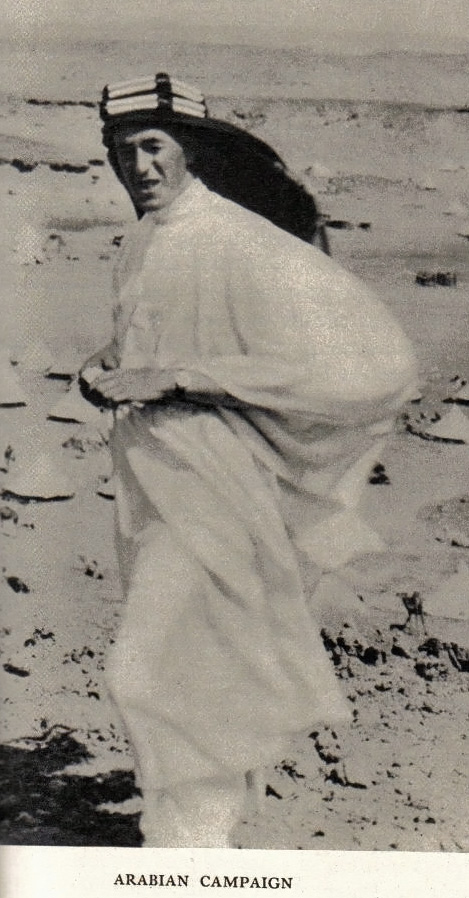 Lawrence's appearance in the film in arab dress in the Officers' Mess, the confidence with which he related to the complex issues of the Middle East and the concern he showed for the future of the area, for the development of independent rule - this was probably not what my teachers wanted me to admire; this was not what the Memorial Service at St Paul's had been all about. 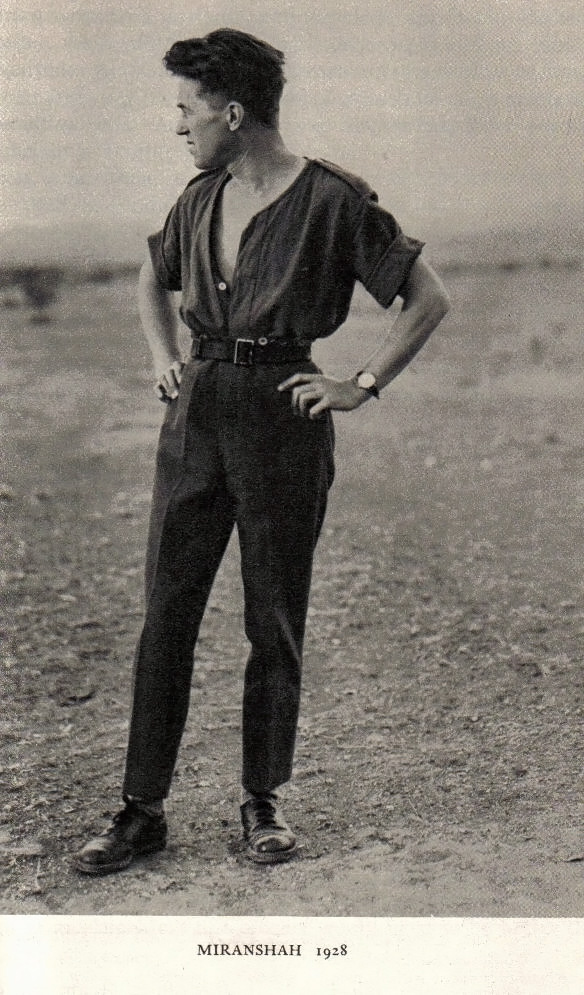 What I was supposed to see was the triumph of imperialism, the brilliance of an Oxford mind, and the independent spirit of an scholar and sportsman who would not only honour and bless his opponents but who would outpace and outwit them with his nimble fitness. 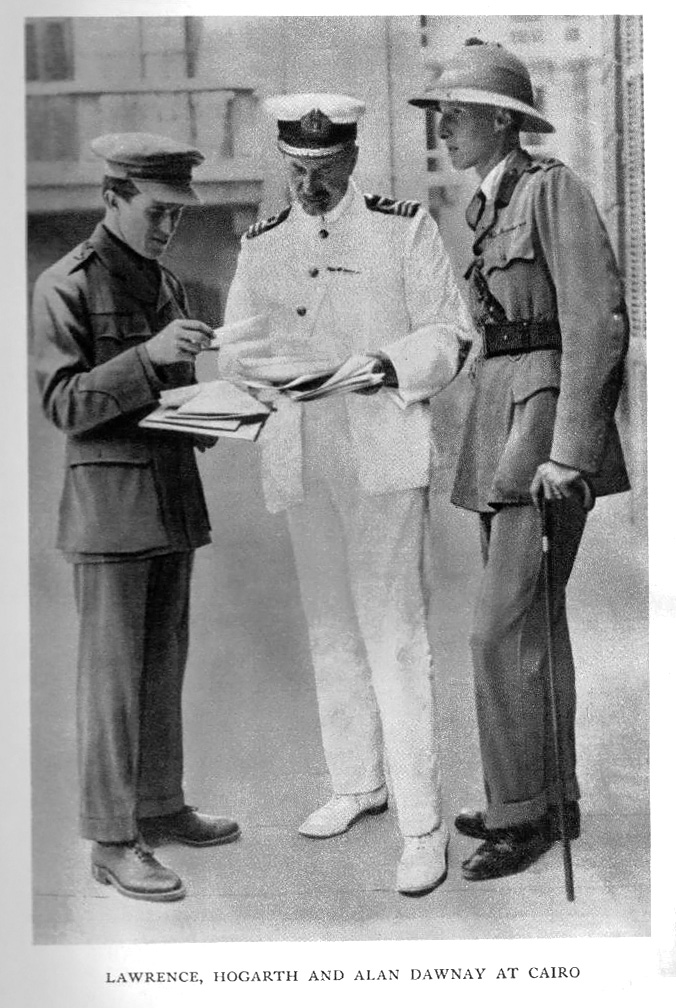 I believe I began to form at that time a model for myself.  Unorthodox, but perhaps not entirely ignorant of the mode;  independent but not aloof; adventurous but not foolhardy; complex but not confused. Of course these are ideals - Lawrence would not have claimed perfection and he was the icon, not the iconophile - and any relation between my inadequate self and the ideal is simply day-dreaming.

But we need heroes - or anti-heroes.  In part, the pin-up or the football star is there to give us hope, to help us aim higher than the mundane, everyday, unsophisticated and unimaginative dull reality that is the world of work.  We need the inspiration of whoever it is will take us beyond ourselves. 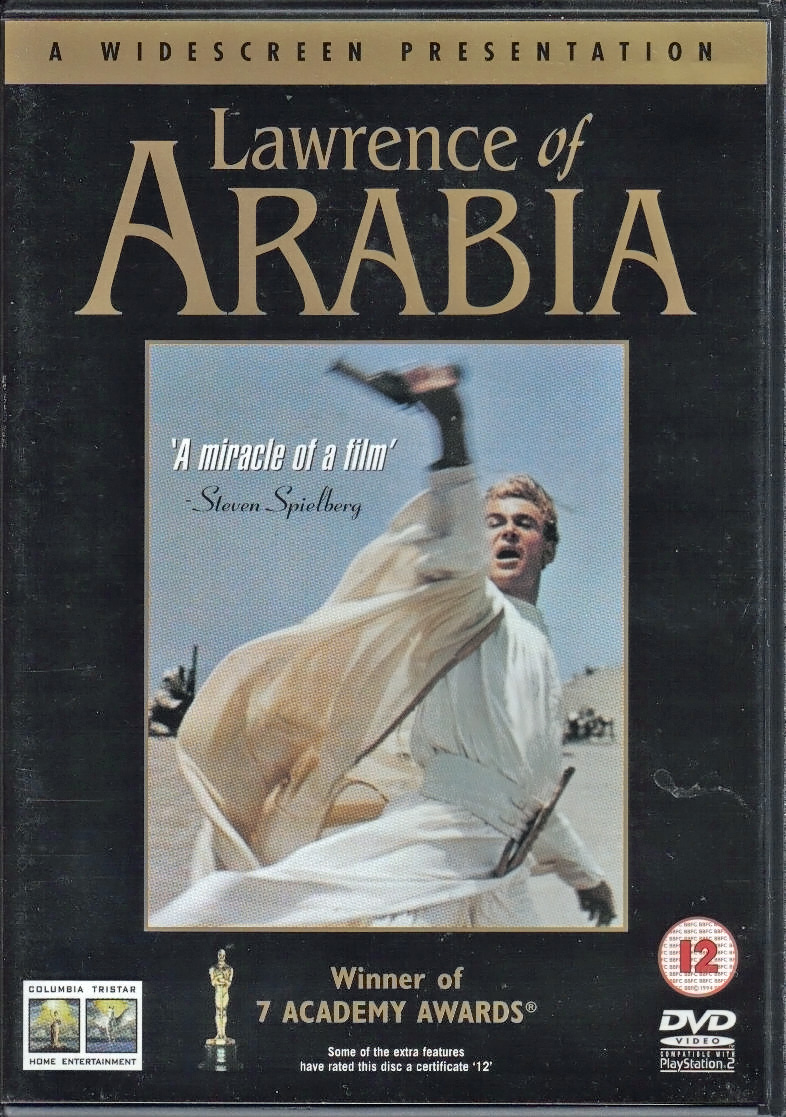 Aircraftman John Hume Ross, also know as Thomas Edward Lawrence, also known as Shaw, was shy and elusive, though by no means retiring. He was the master terrorist, a proto-Bin Laden, though not afraid of action himself. He perfected the swiftness of successful attacks, using explosive devices and surprise. As an officer he was coercive, rather than demanding. A friend recounts how years ago he visited Hardy's Max Gate, Where by pure chance we happened to meet the widow of a sergeant who had served Lawrence in the desert: she said her husband told her Lawrence never issued an order; he always couched his requirements like requests, or invitations for advice (....do you think it would be a good scheme to....) He's a hard man not to admire.

Then, after 1922 when, as he himself wrote (in a letter on April 17th 1931 to a pilot who had flown with him to Egypt in 1919), by grace of Winston Churchill I was able to see the Middle East smoothly settled, I washed my hands of politics and enlisted.  Since then I have been happy whenever left alone.


As I watch the film again today, I wonder if the motorcycle accident could be read as a metaphor for the British/European intervention in the Middle East? The crash was caused by young boys on pedal cycles who escaped unscathed?  The huge power machine blundered through a thick hedge; the pilot, who lost his goggles (or vision) received serious head injuries, and subsequently died in agony.  The young boys could represent the diverse innocencies of the arab tribes; the motor bike the ill-controlled power of western governments, with the pilot full of good intentions but prone to over-confidence. 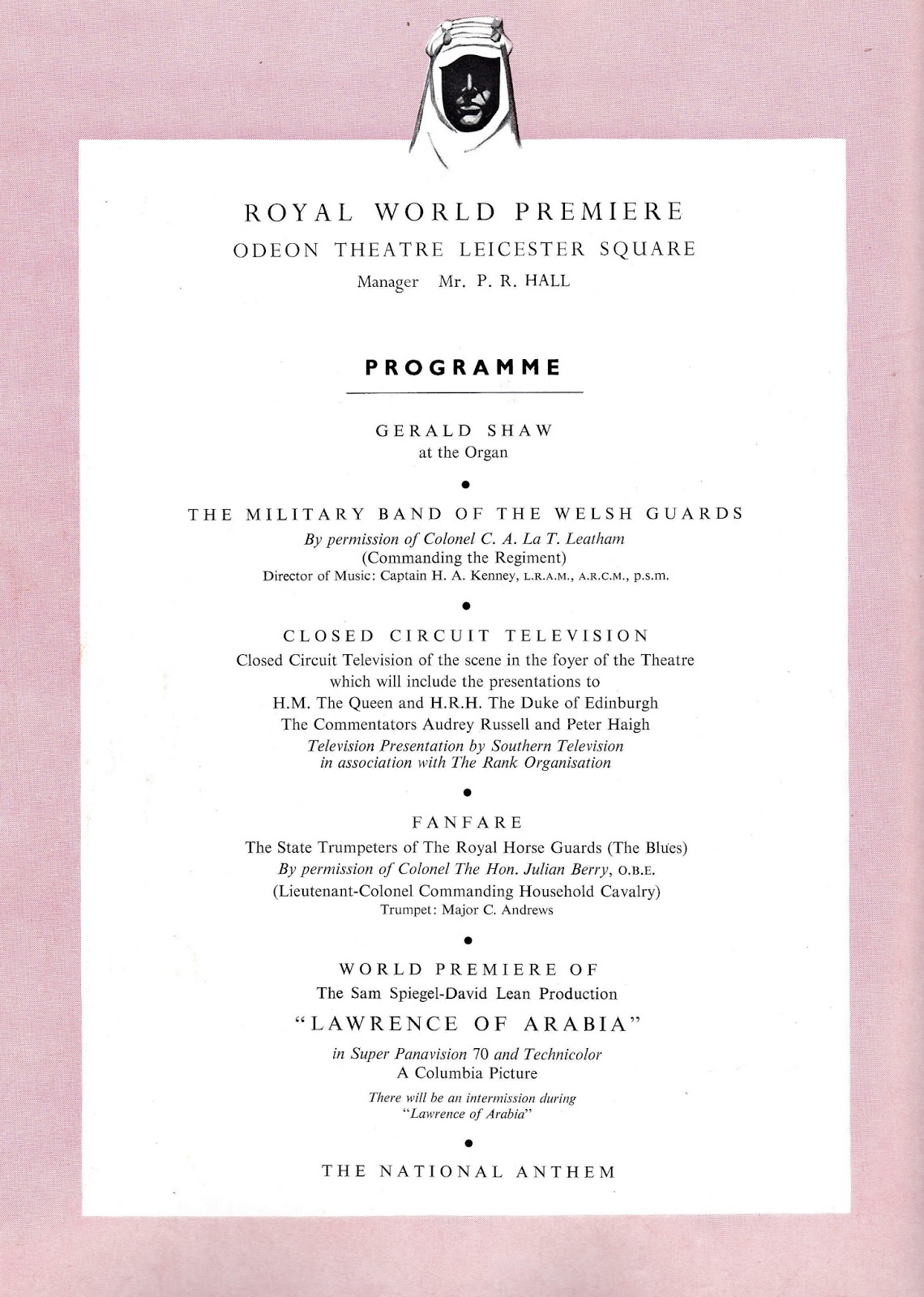 It is a stunning film, especially considering it is now 50 years old. Both the book and the film contain beautiful passages, portraying the desert landscapes, and the paradoxical hardness and gentleness of those who survive within them. Seven Pillars of Wisdom is an extraordinary book, partly a military chronicle and, as E M Forster said, an unexampled fabric of portraits, descriptions, philosophies, emotions, adventures, dreams. I claim no expertise in this field but would think that reading this book should be requisite of anyone wishing to understand the complexities of the Middle Eastern world - and would hazard a guess that George Bush Jnr, for example, has not read it? 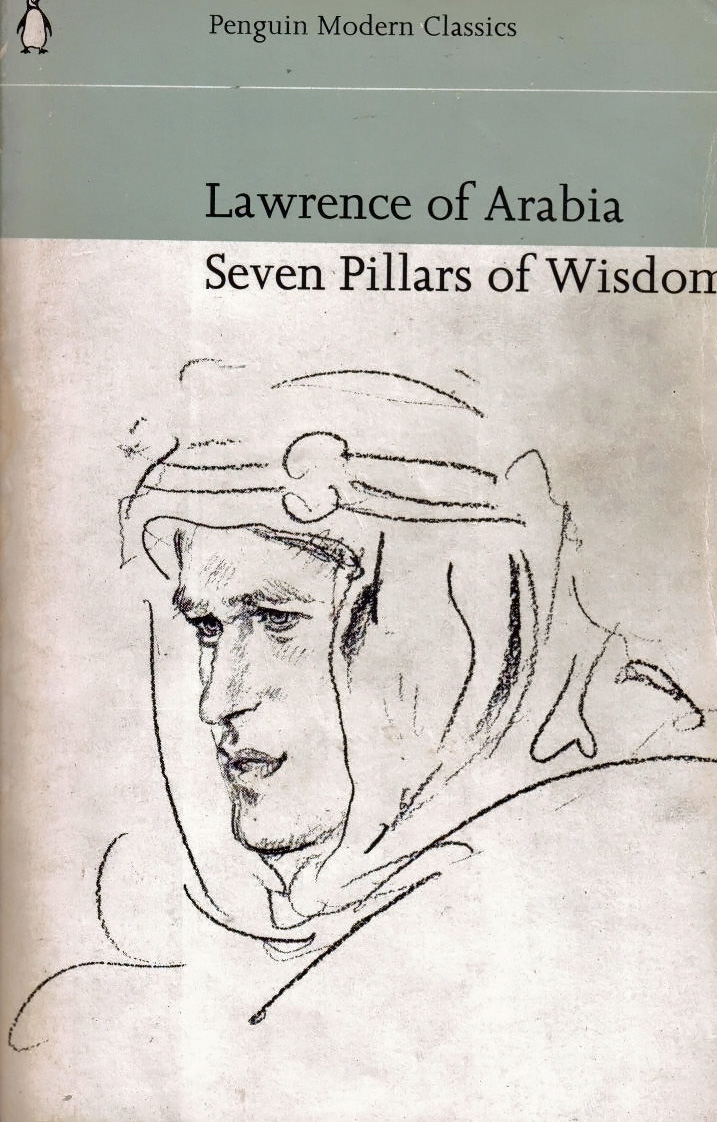 I know some heroic people, people who work harder than everyone else and then run a marathon, and don't let you forget it: those sorts of people. I was just hearing today about the SAS; apparently only about five per cent survive their twenty month training.  They must be heroes.  But stamina and crew-cut singleness of purpose do not make my kind of hero.  Lawrence had a gentleness beneath the surface, something which made him essentially vulnerable, because he felt for other people; he loved the disadvantaged and the lesser, as well as the fine and the wise.  He also had the ability to understand the complexities and contradictions of the Arab mind.  He was a great man.  Possibly the cause of his death was the very sympathy he had for the less powerful, and, in respect of the metaphor above, he left the road to give way to the less powerful? 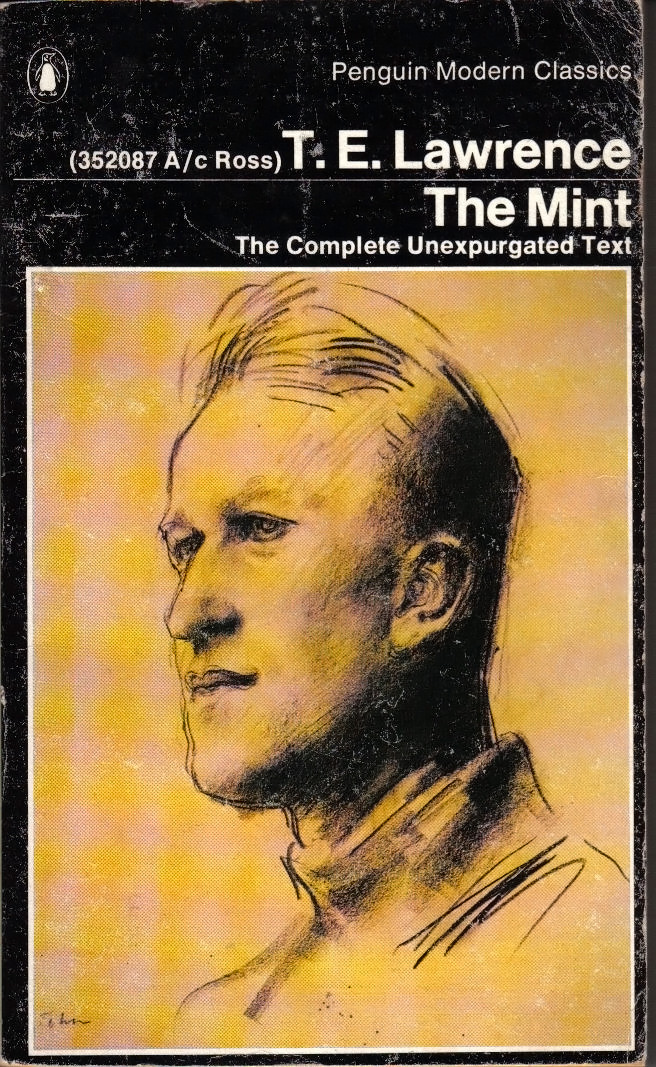 On May 8th, 1933, he wrote to Lady Astor, that, Wild mares would not at present take me away from Clouds Hill. It is an earthly paradise..... After years of turmoil, it appears he had begun to sense some peace around him.

On December 22nd 1933 he wrote to Sir Edward Elgar about his Second Symphony (which Elgar himself called, the passionate pilgrimage of the soul):  We agreed that you must be written to and told (if you are well enough to be bothered) that this Symphony gets further under our skins than anything else in the record library at Clouds Hill.....

On Easter Monday, 1935, he wrote to Mrs Thomas Hardy to say that Clouds Hill is, going to be all right as a living place, I fancy.  The last three weeks have been almost unbroken peace.  I feel very indisposed to do anything more, and very tired.

Then on May 15th of the same year he composed a telegram to Henry Williamson, Lunch Tuesday.... and rode into Bovington Camp on his Brough motorcycle to send it.  On the way back he swerved violently to avoid two errand boys and lost control. 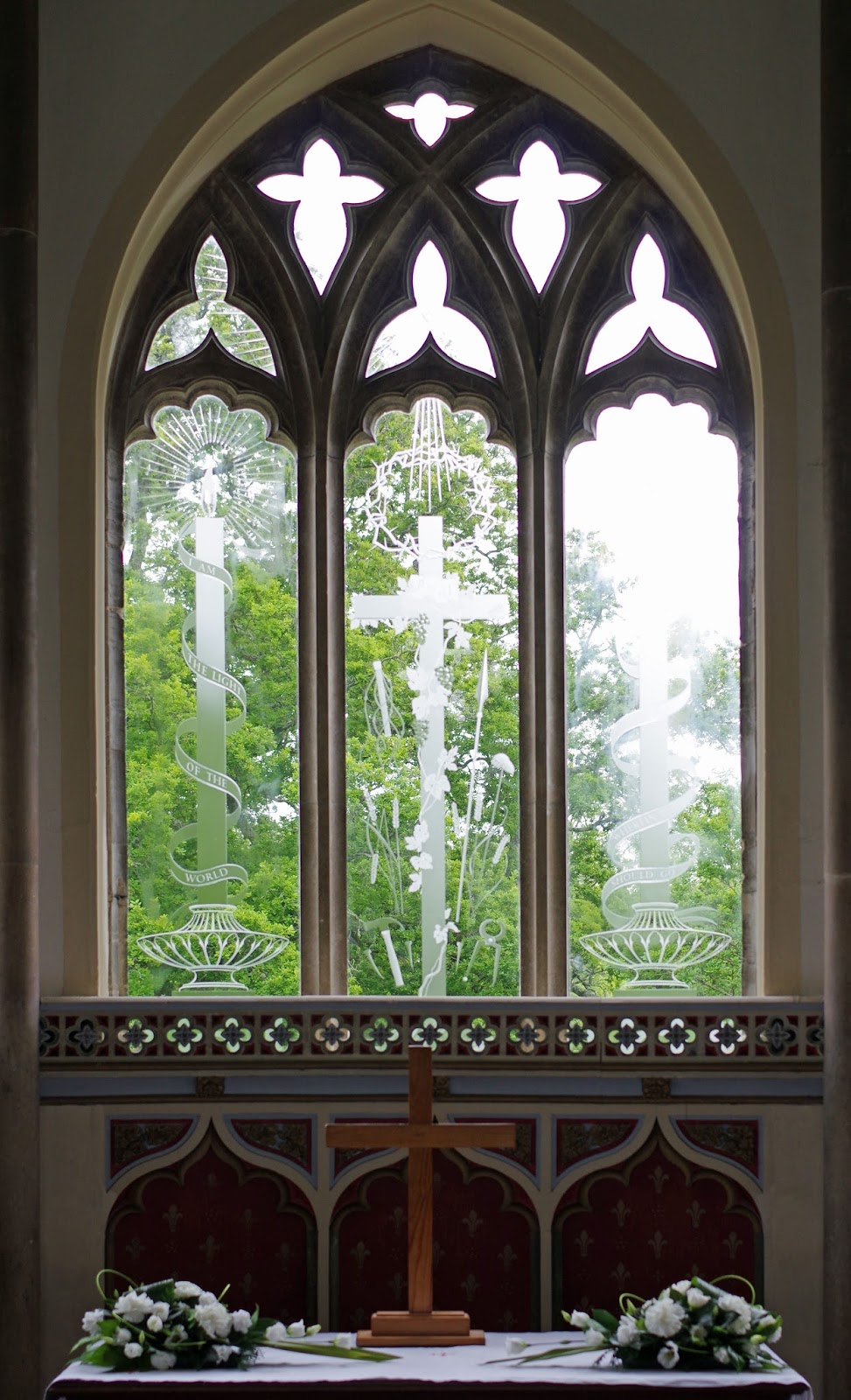 His memorial (in St Martin's, Wareham) shows him to be at peace, in his white marble head-dress, though it did not protect him in life.  I wonder where his spirit roams and what anguish clouds his mind as the sands of Arabia continue to swirl in confusion and distress?

At the very end of Seven Pillars of Wisdom,  Lawrence wrote that, I had dreamed, at the City School in Oxford, of hustling into form, while I lived, the new Asia which time was inexorably bringing upon us...... Fantasies, these will seem, to such as are able to call my beginning an ordinary effort. 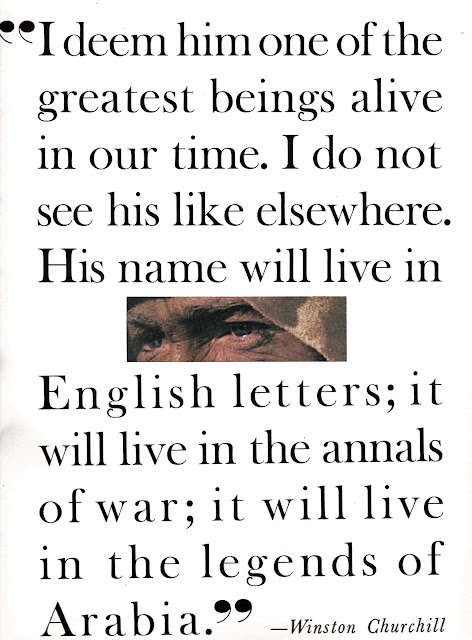 Tread softly, because you tread on my dreams.... 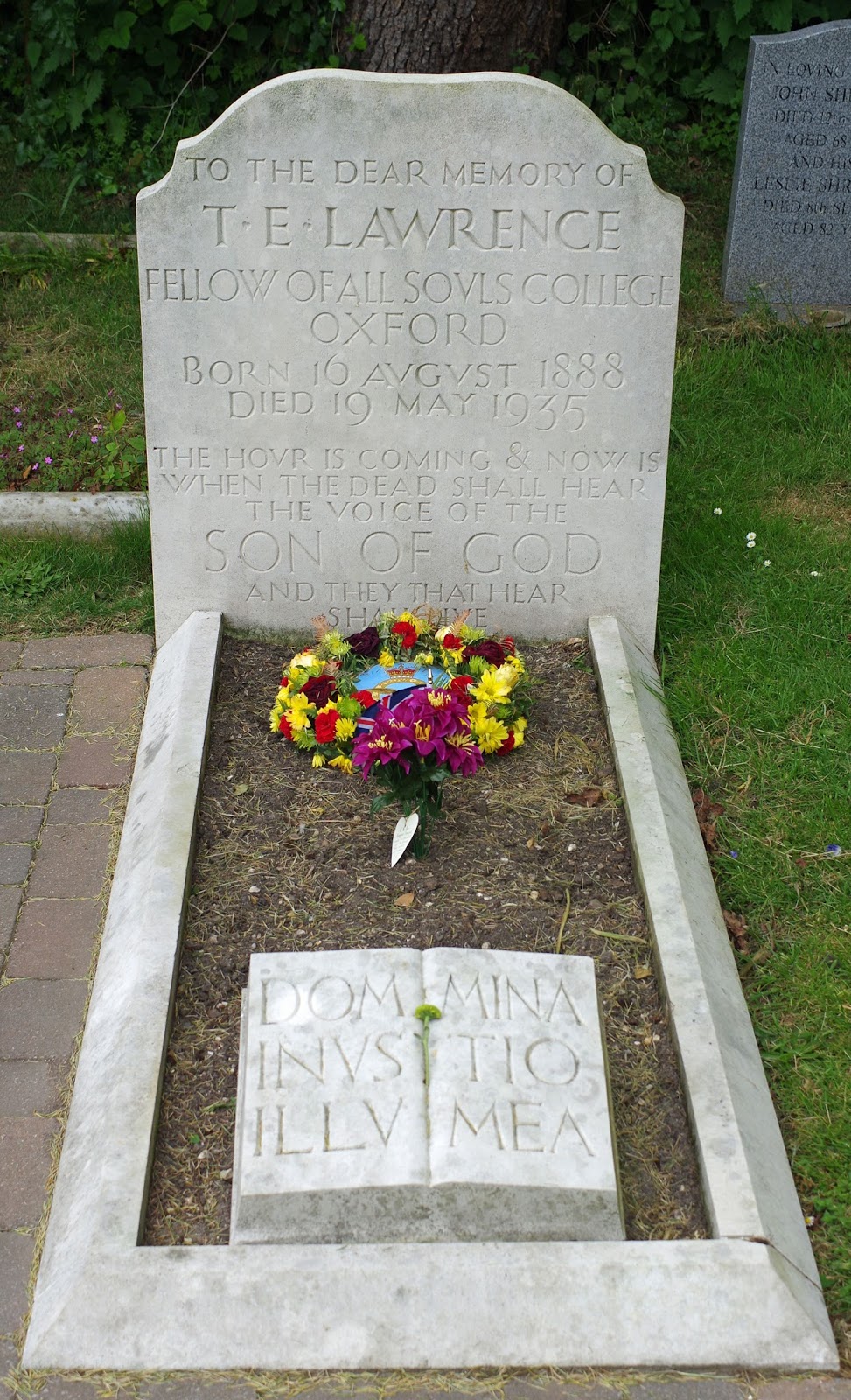 Just recently, a friend who worked on several major films, including both Dr Zhivago and Lawrence of Arabia with David Lean, found his copy of the souvenir programme from the Royal Premiere of the latter film.  It's a fine document, with some wonderful images and a wealth of information about both Lawrence and the film.  Almost five years have passed since I first posted this piece, so now it is 55 years since the film was released, but nothing since then has diminished my admiration for the man, or the film. 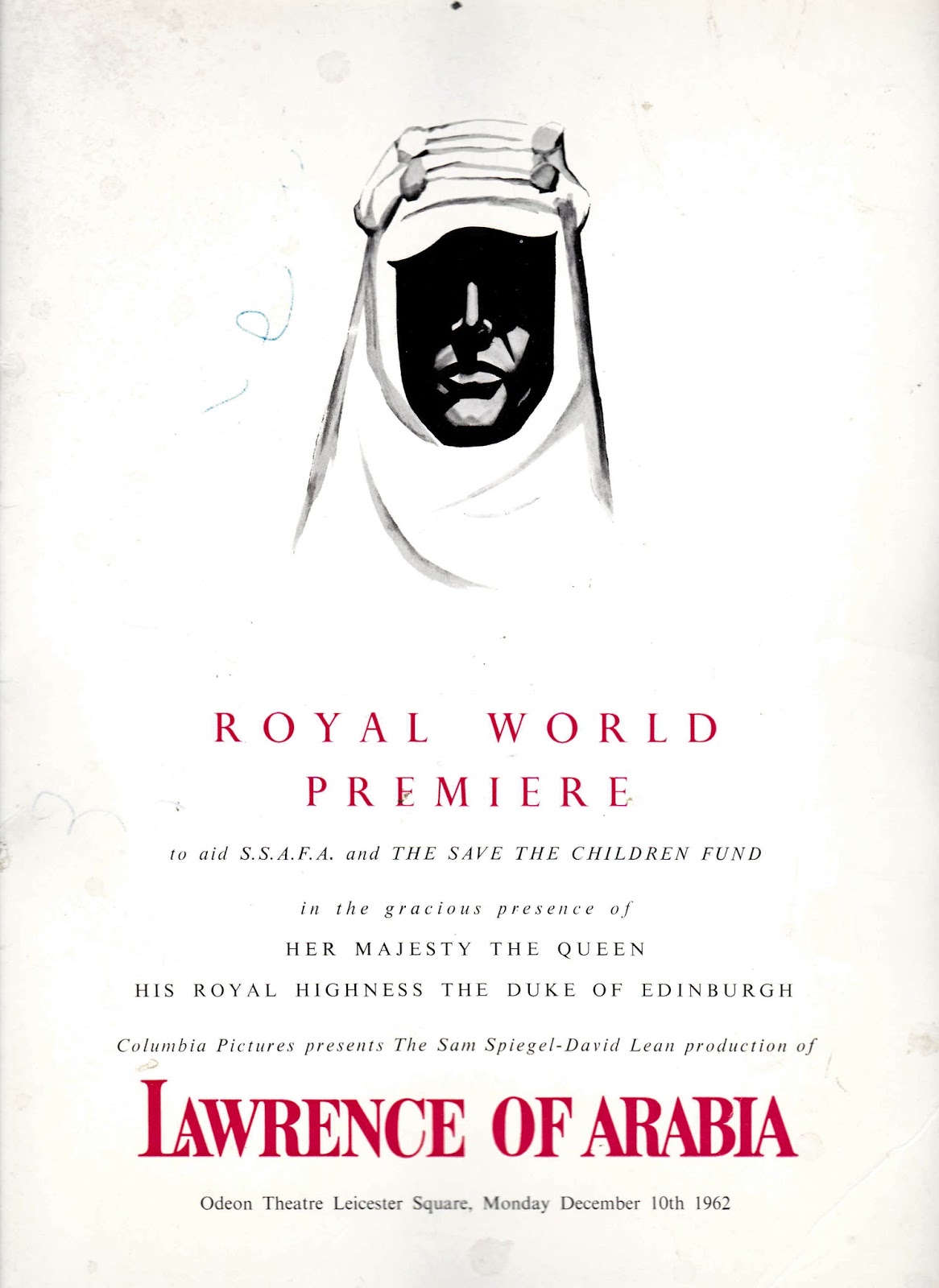