A Drink in Fitzrovia 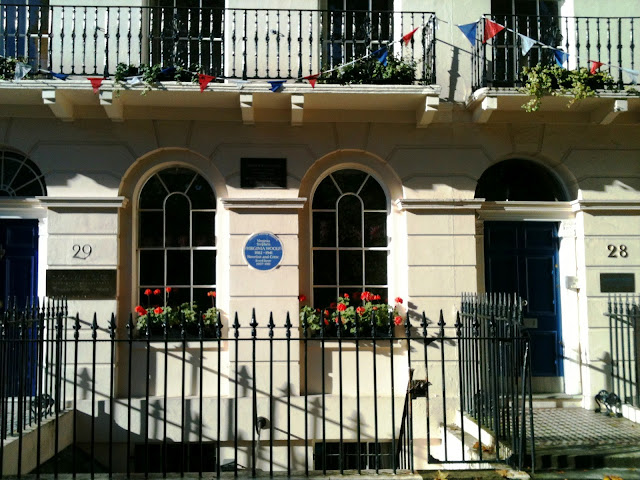 "Fitzroy was here!"  Imaginary graffiti fills the walls.  Fitzroy Square, Fitzroy Street, The Fitzroy Tavern.....  Clearly this is Fitzroy's part of London, not Kilroy's!  Neither Bloomsbury, nor Soho, Fitzrovia gained its name in 1940, when Tom Driberg MP dubbed it thus in his William Hickey column in The Daily Express. 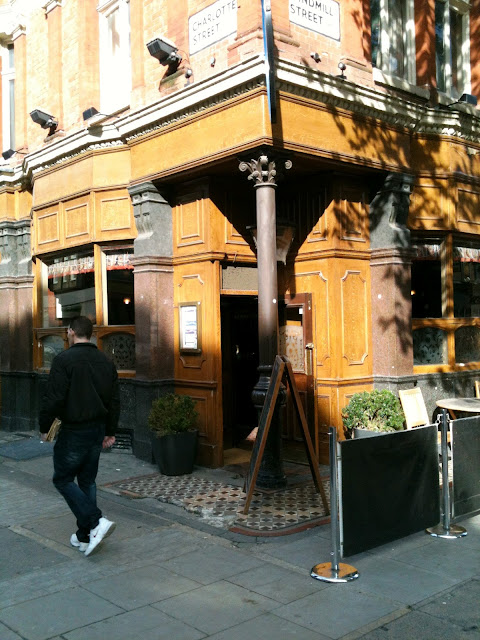 The derivation however comes from the family name of the Dukes of Grafton, bastard descendants of Charles II, landlords of this area.  It was a fashionable place to reside, with Prime Minister Robert Cecil, the 3rd Marquess Salisbury, living in the Robert Adam designed Fitzroy Square, and artist John Constable a few steps away in Charlotte Street. 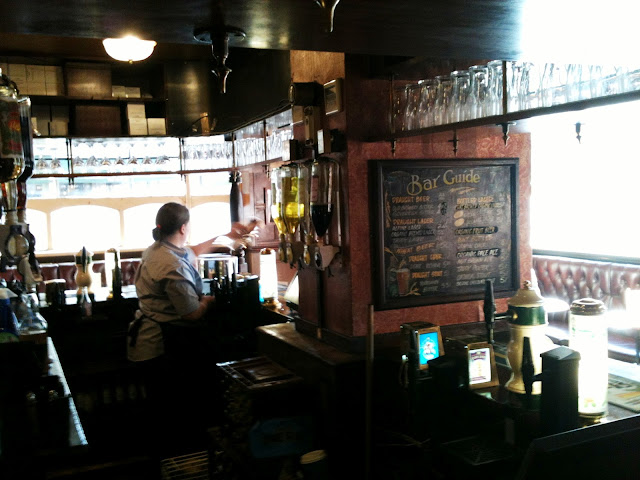 The Fitzroy Tavern, at number 16 Charlotte Street, was built as a coffee house in 1833.  It gained its current name as a pub in 1919 when it was owned by the charismatic Judah "Pop" Kleinberg, whose daughter Sally continued to run it after his death.  Currently owned by the Samuel Smith brewery, it is popular with students from UCL and locals, but in its heyday it was the haunt of writers and artists from Dylan Thomas to Coco the Clown, and from George Orwell to Richard Attenborough, although some local residents, such as George Bernard Shaw (teetotal) and Virginia Woolf (otherwise preoccupied) gave it a wide berth.  Photographers Bill Brandt and Robert Capa captured candid moments here, preserved on the walls, and the Bohemian of Chelsea, Augustus John, can still be found here, at least in spirit. 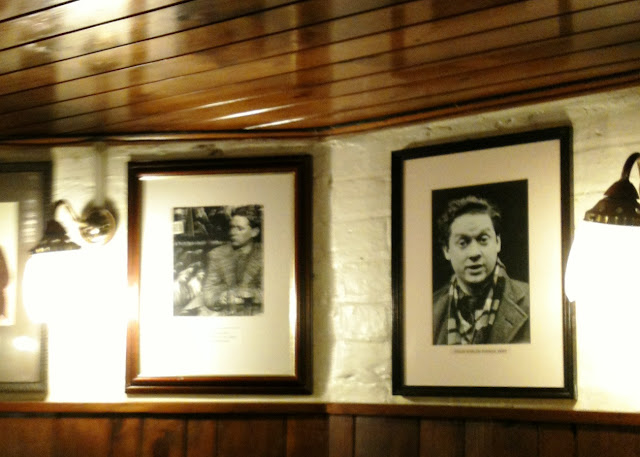 I slip into a well worn seat to share a quiet pint with the artiste terrible.  He has faded now, and his tweed cape and unkempt hair blend in with the ancient upholstery.  He is not quite his former self, despite the ministrations of Daisy, the barmaid, whose willingness to please revives the most jaded soul.  I ask the great man if he really commented that the Fitz is like Clapham Junction, with everyone coming in and going out at some time?  His voice is a blend of pungent turpentine with sweet tobacco:  "If you haven't visited the Fitzroy," he croaks, "you haven't visited London!" 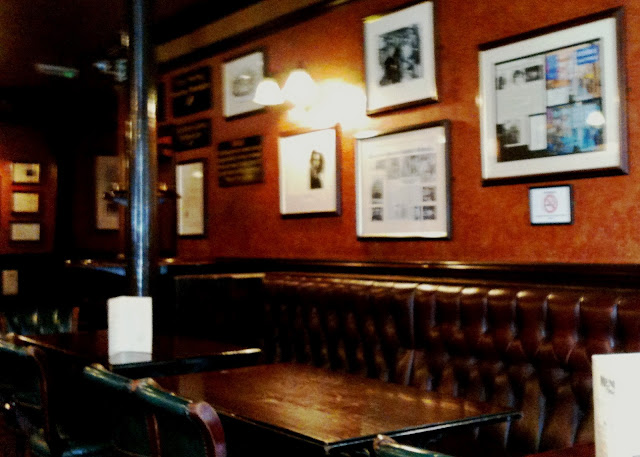 And then he is gone, leaving nothing but an empty glass and a scrawled message on a beer mat.