Homage to Andalucía, or,
Is this the way to Almería?

Living is easy with eyes closed
Misunderstanding all you see

I will tell it exactly as it was…..

When the day is dawnin’. 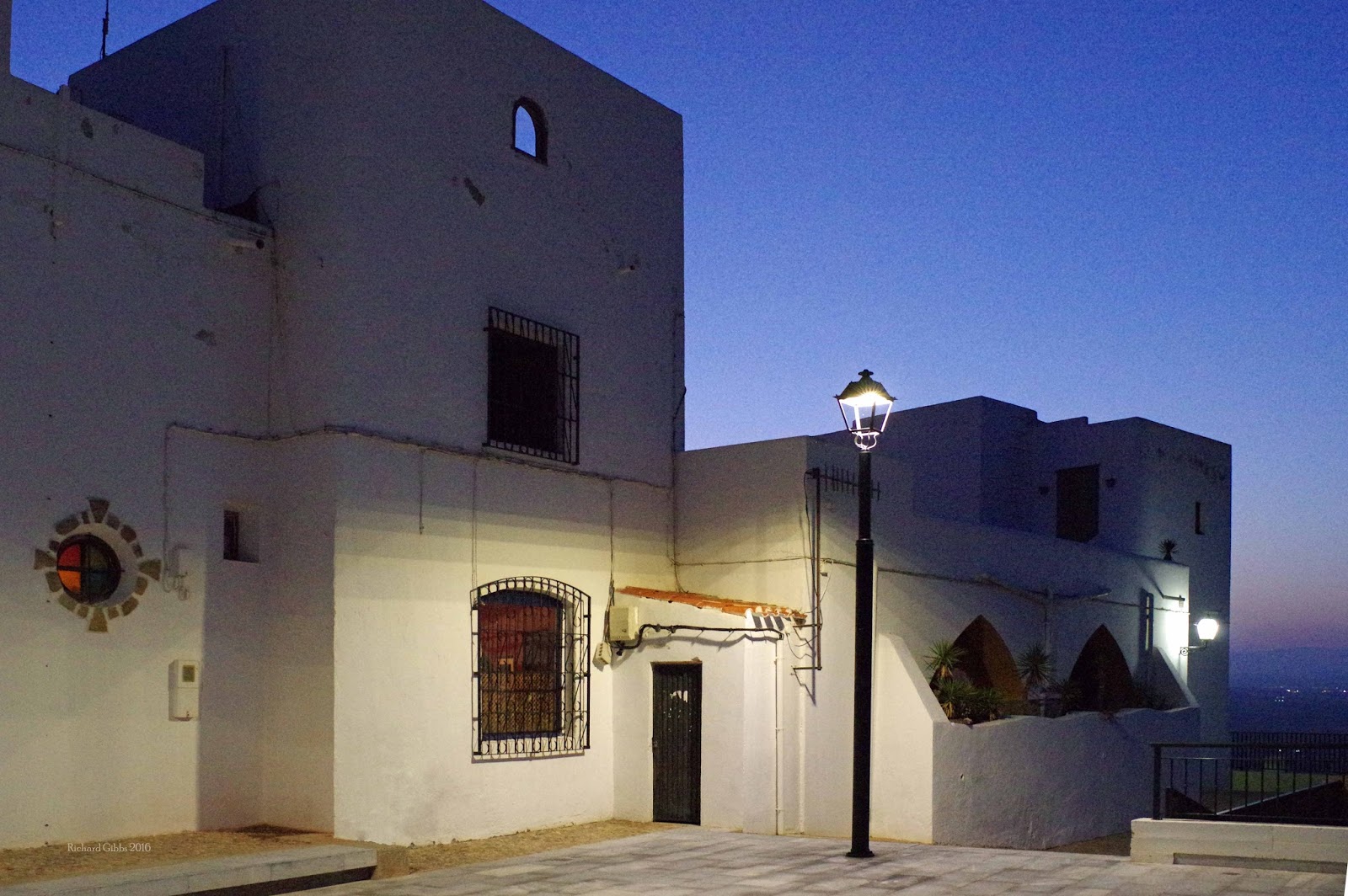 It happened that our friend P had agreed to a house swap in Andalucía and we were invited join her there for a few days in August. 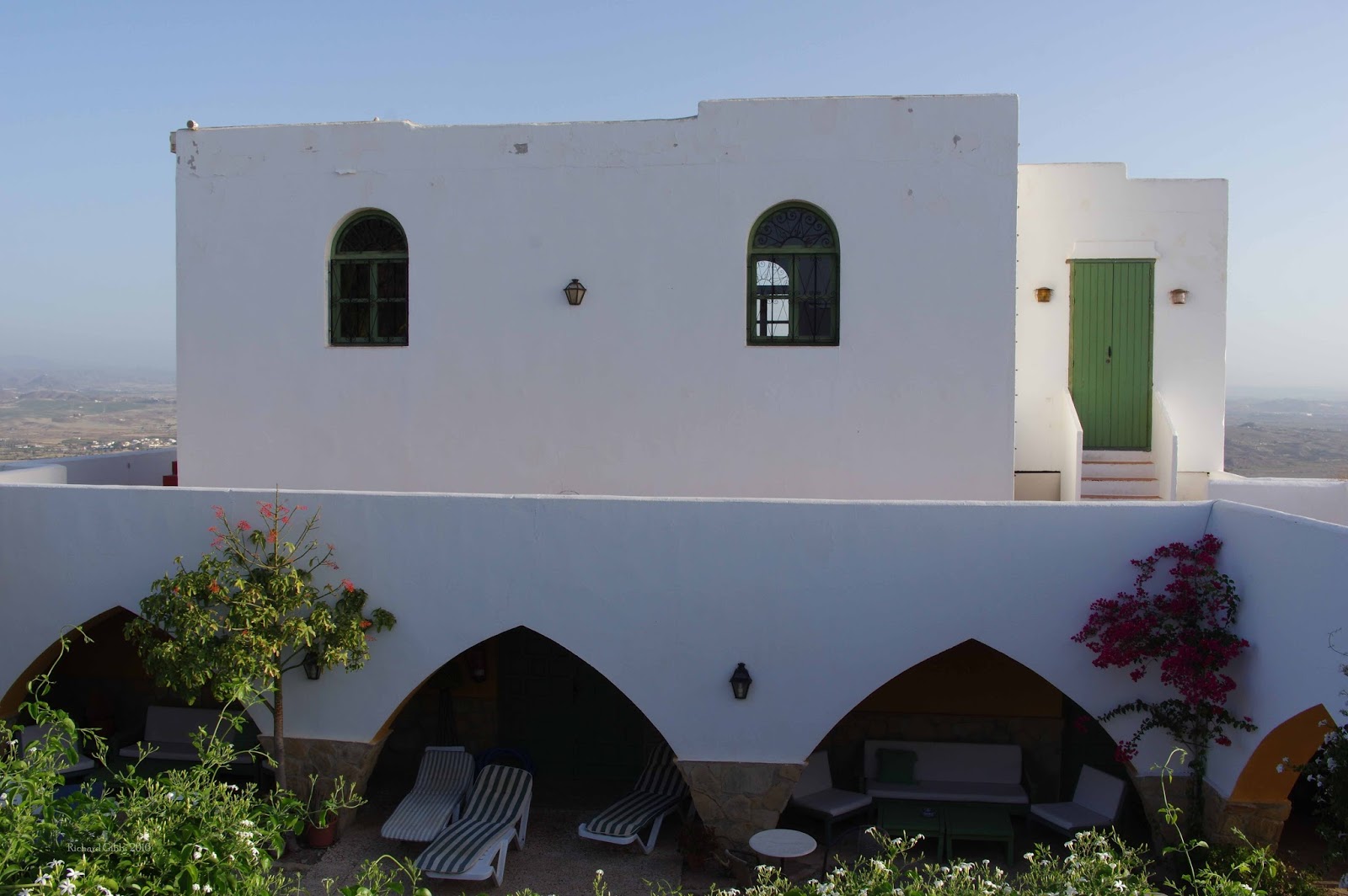 So, although we arrived together, we booked ourselves into a small hotel at the very top of Mojacár Pueblo, allowing us to acclimatize and P to get settled in….

And then, mi amigos, this is where the exactly starts to get blurred….. 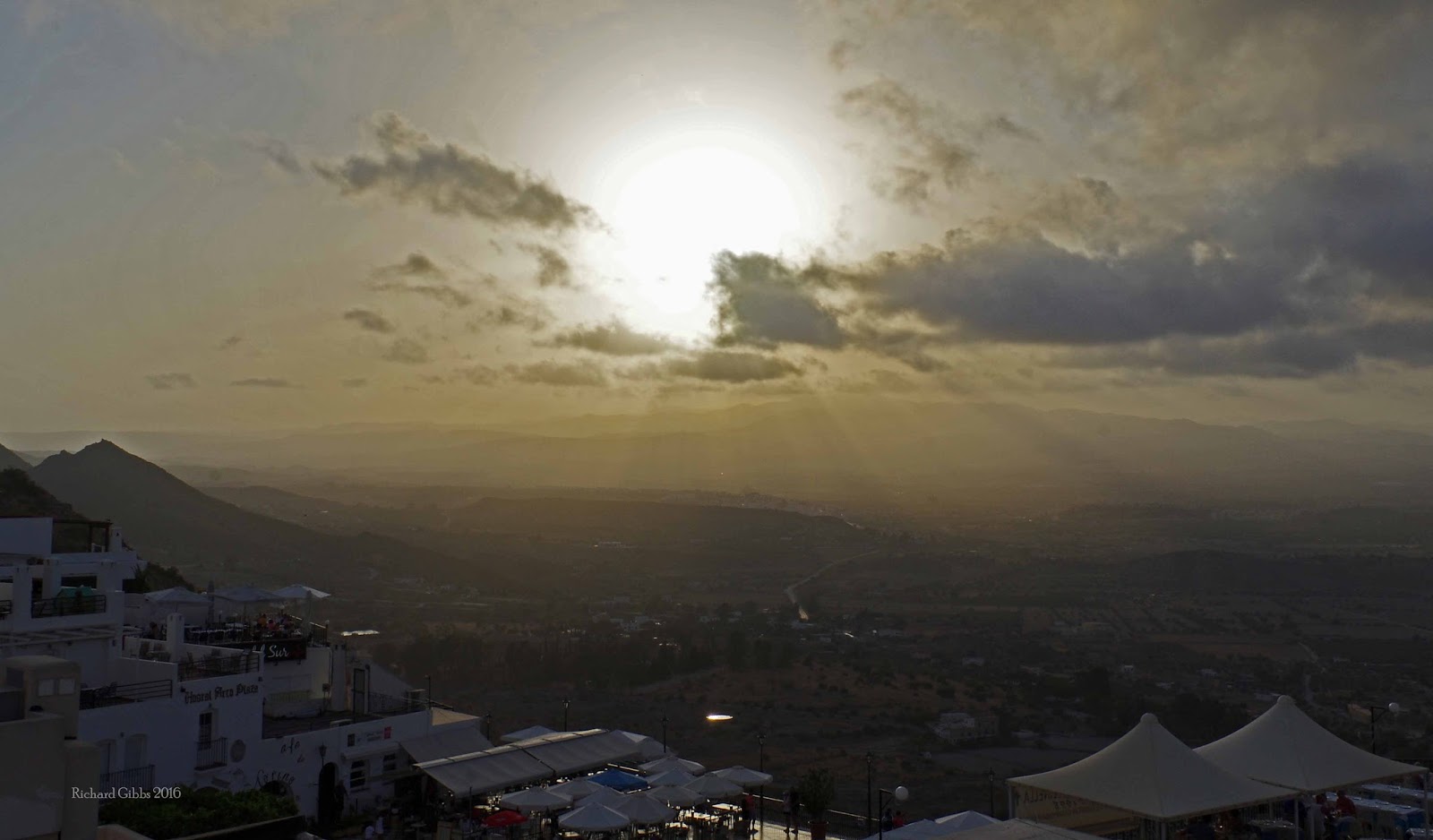 Juan, who looked after us in El Castillo, was kind enough to recommend to me a rather fine Spanish brandy 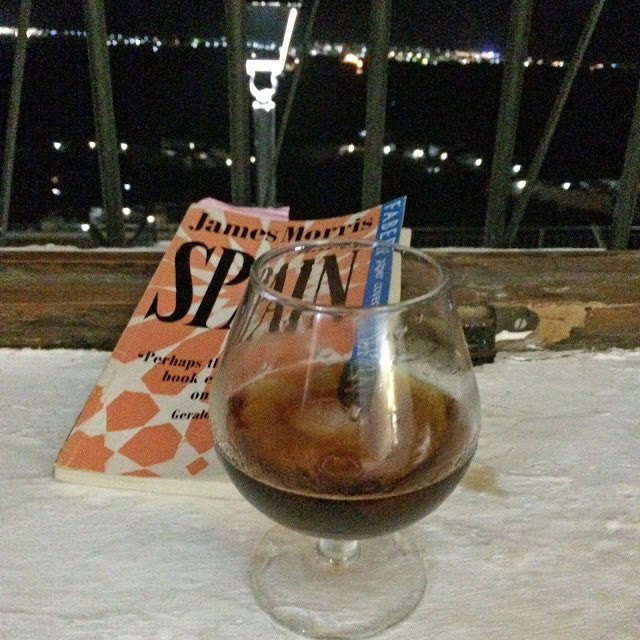 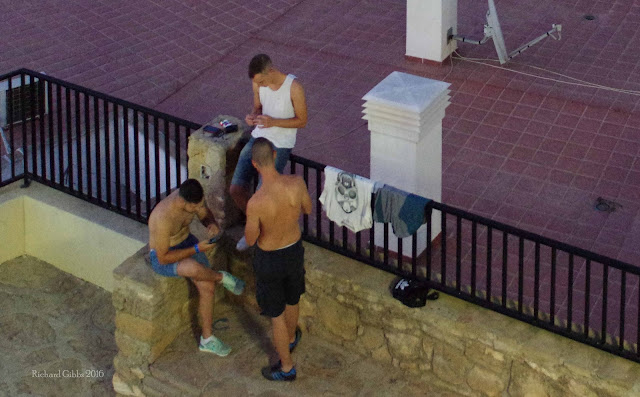 led me down a maze of associations that somehow became memories, reliable or not…… 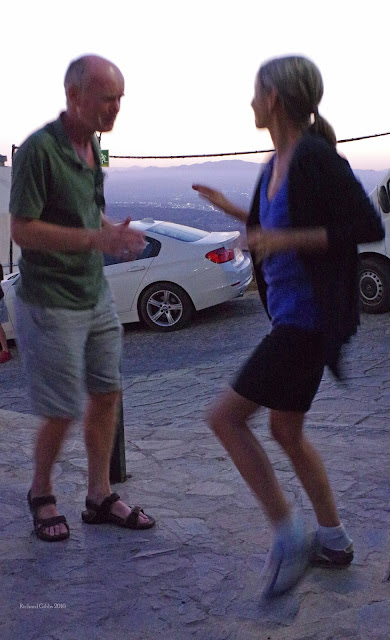 It is hot.  Amanda gently snuffles beside me.  Little puffs of whiskey and cheroot smoke rise from the bed as I listlessly attempt to sleep.  The air conditioner morphs into the sound of a ceiling fan, but the buzzing of a fly distracts me, and I trap it against the wooden wall with the muzzle of my revolver. 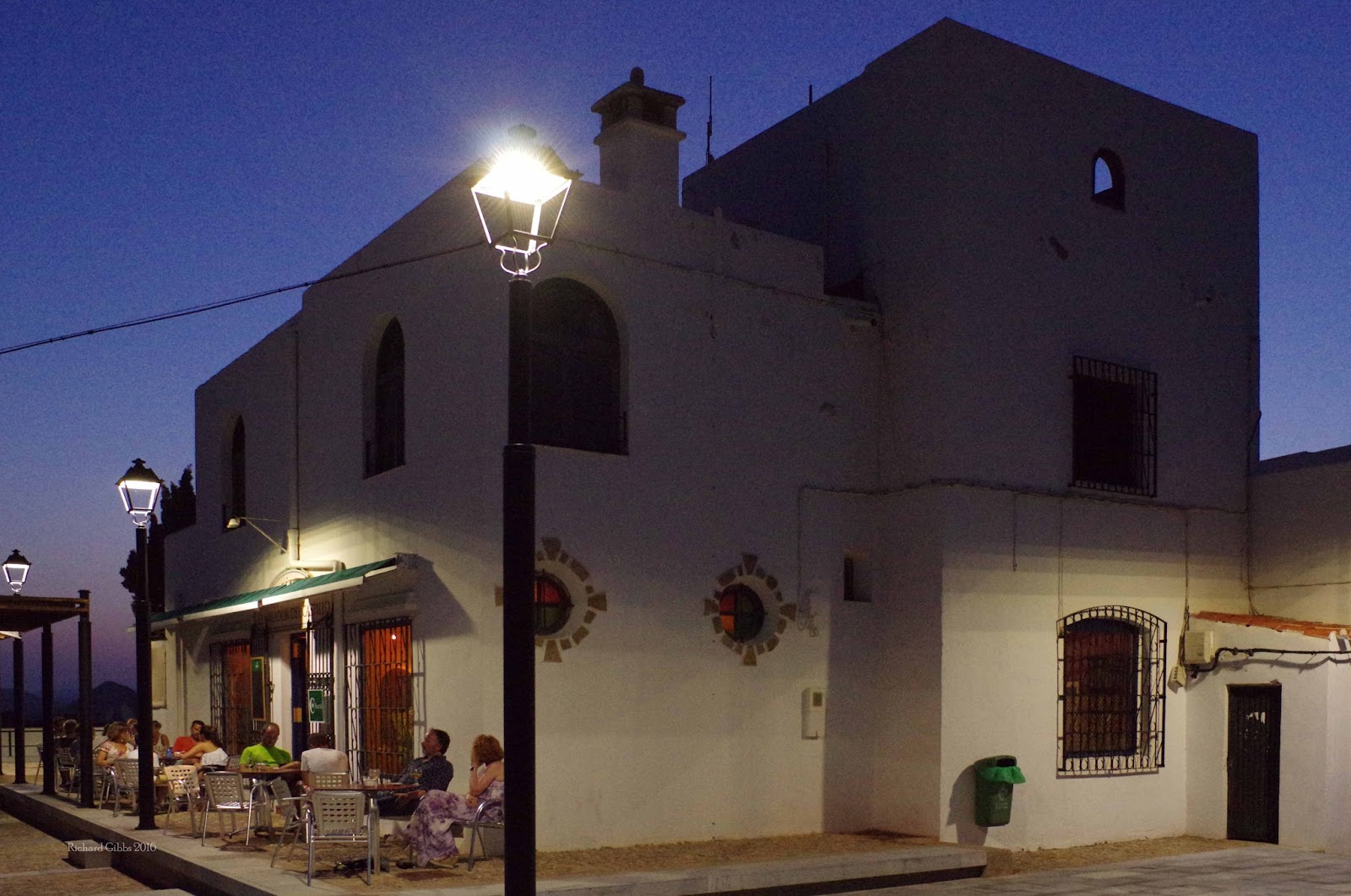 On the terrace next door Richard drones on about his love of Westerns, and giggles like ice falling into a glass of coke. Harmonica plays, a lonely whine.  A sign squeaks.  The windmill creaks. Spurs chink on the floor above. Piston rods shunt steam into puffs of dust. The Perseids light up the sky like a fistful of dollars.

Suddenly a whip cracks and hostile faces melt into wax in my half dream. 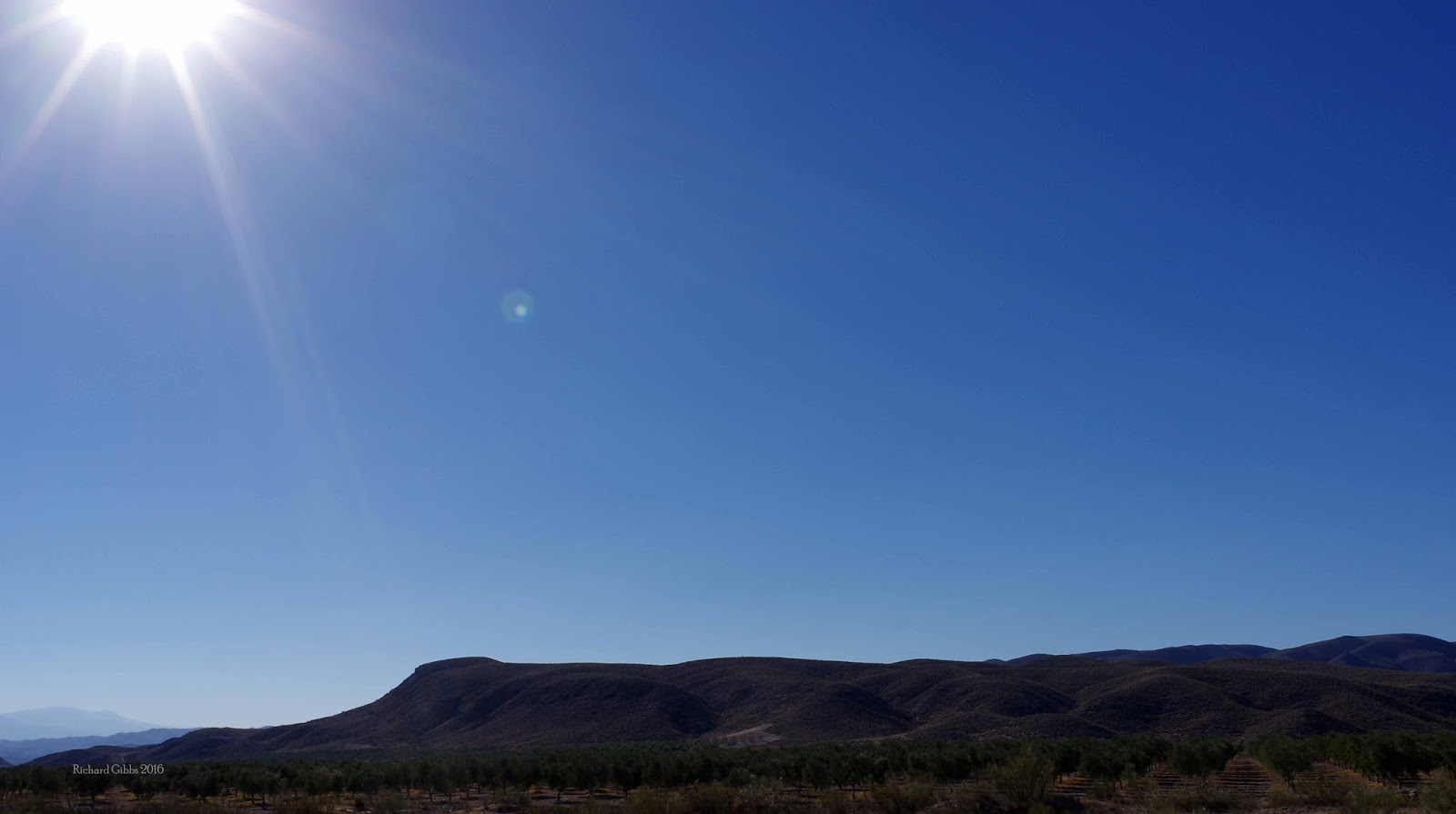 It is very hot.  And humid.  I am on holiday near Almería and the Spanish night clicks past the gate like celluloid. 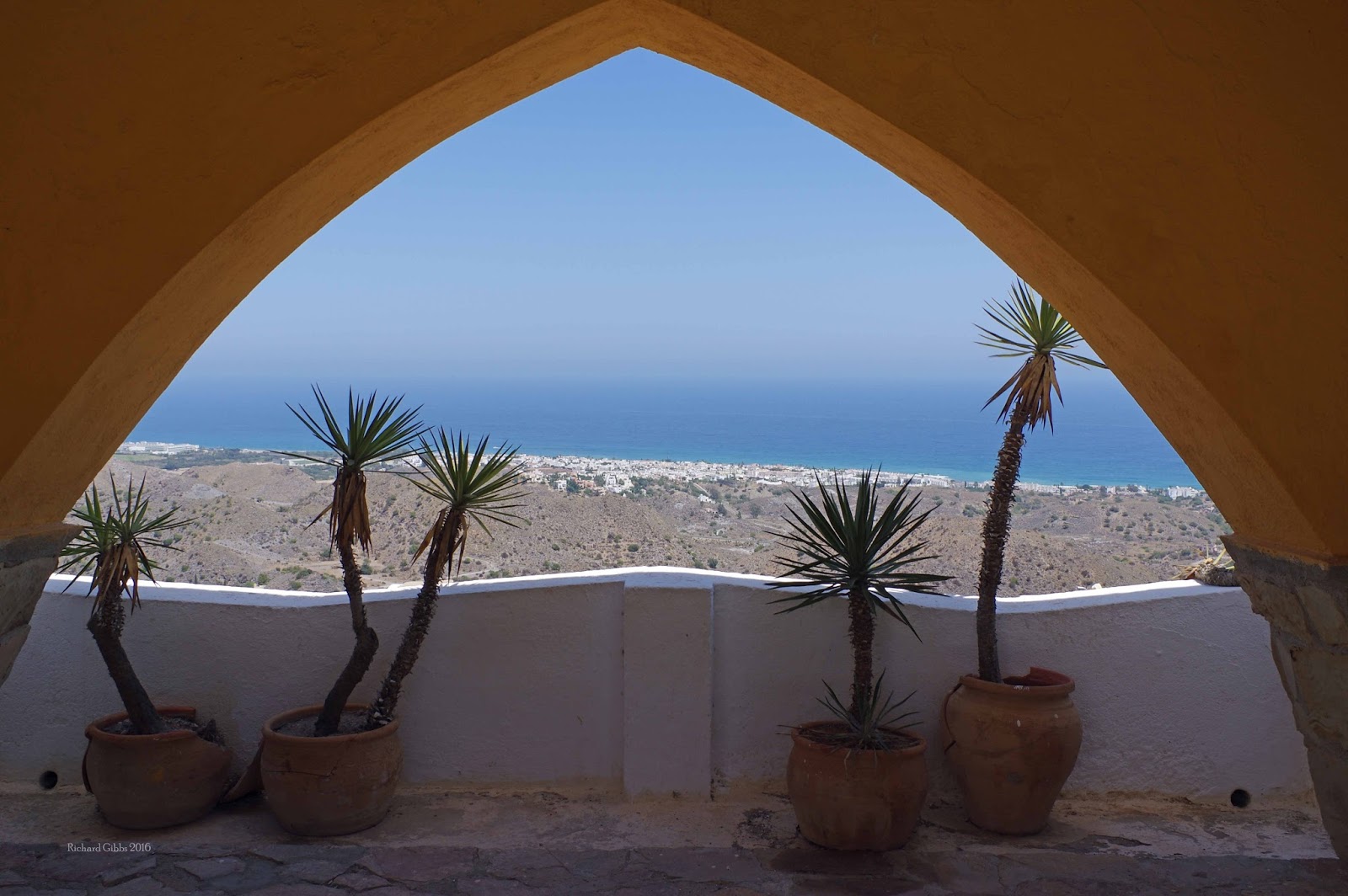 Then, as day breaks and the camera winches up over the beach, Ennio Morricone’s score swells with the surf, I pull the brim of my hat low over my face, flip my poncho over my shoulder and mount my thoroughbred.  Sergio Leone stirs the beast into a canter and we head out of , in the Cabo de Gata-Nijar national park, towards Carboneras, where the Bad and the Ugly await.

White adobe walls shine in the desert. I dismount at a bar and spin a coin on the counter demanding a caña of beer and a tapa. 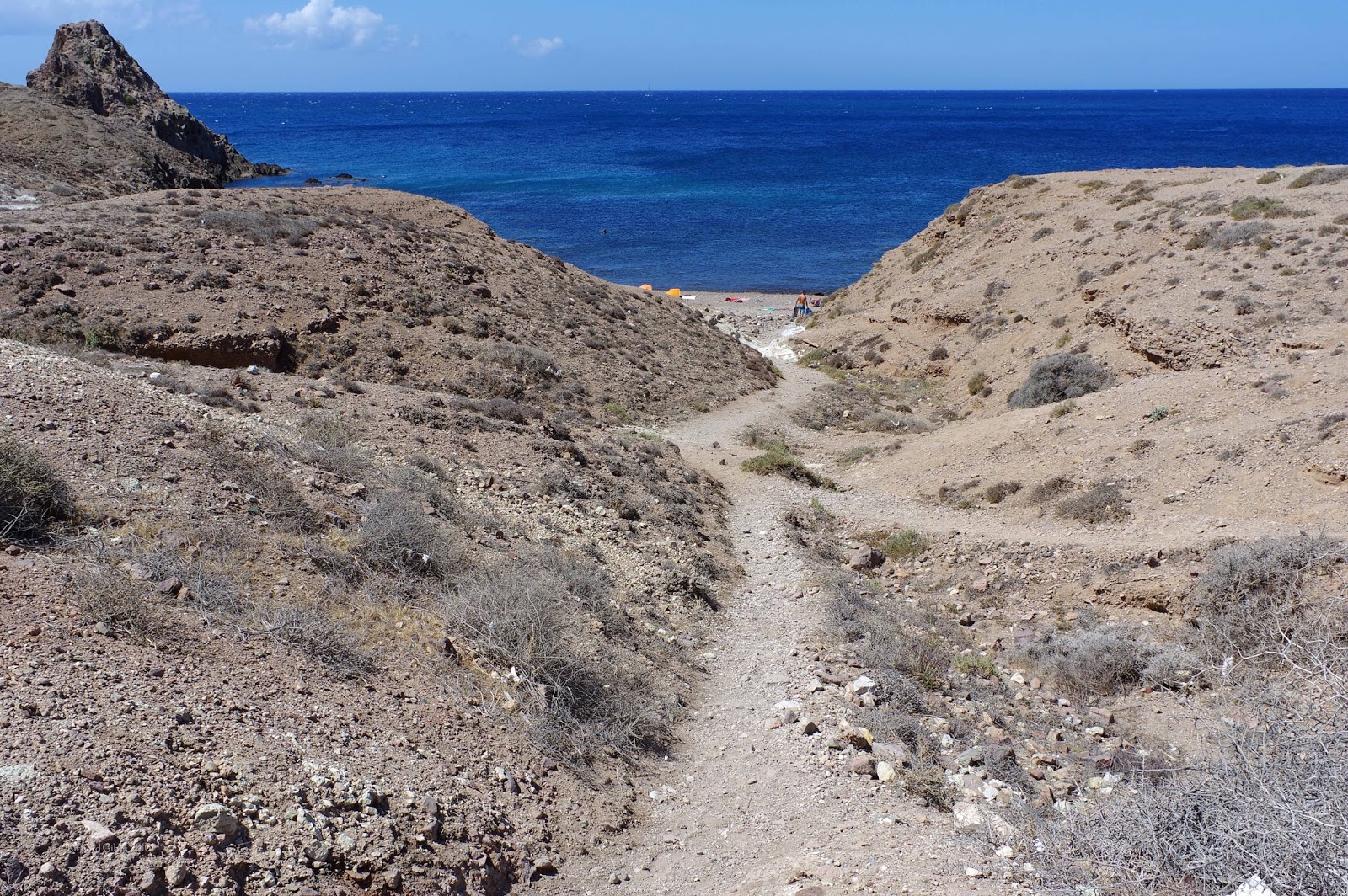 Lee van Cleef slides the glass down the counter but Gian Maria Volontė snatches it up and drains it in one go while Jason Robards leers at me.

I click back the hammer on my revolver, but then ease away, hitch up my flowing white robe and clamber into the saddle of my waiting camel. 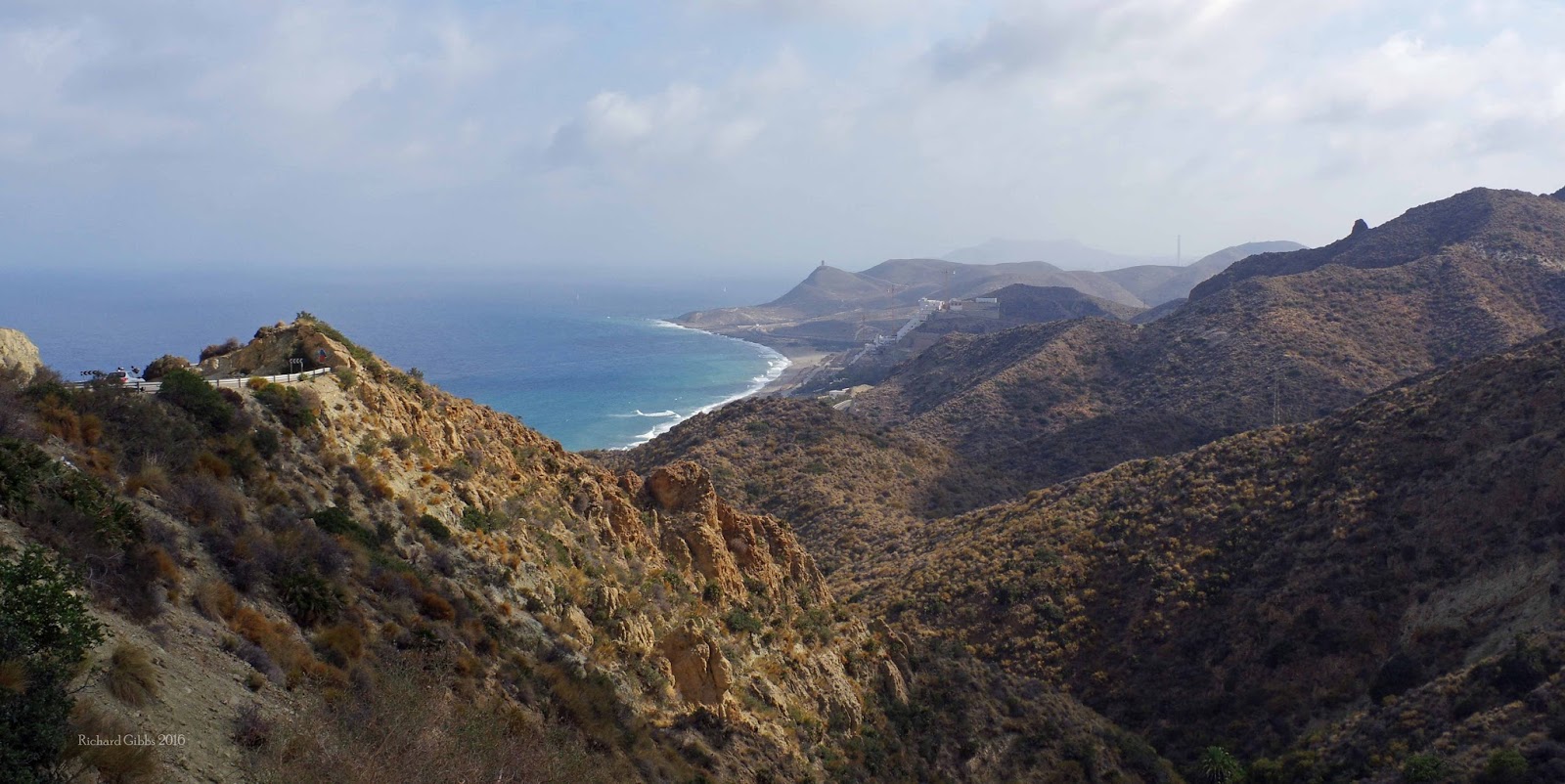 David Lean shouts action! and just north of Carboneras, we ride through the meticulously reconstructed town of ,

Omar Sharif on one side, the sparkling blue on the other, where I pause….. and slip back into the pool. 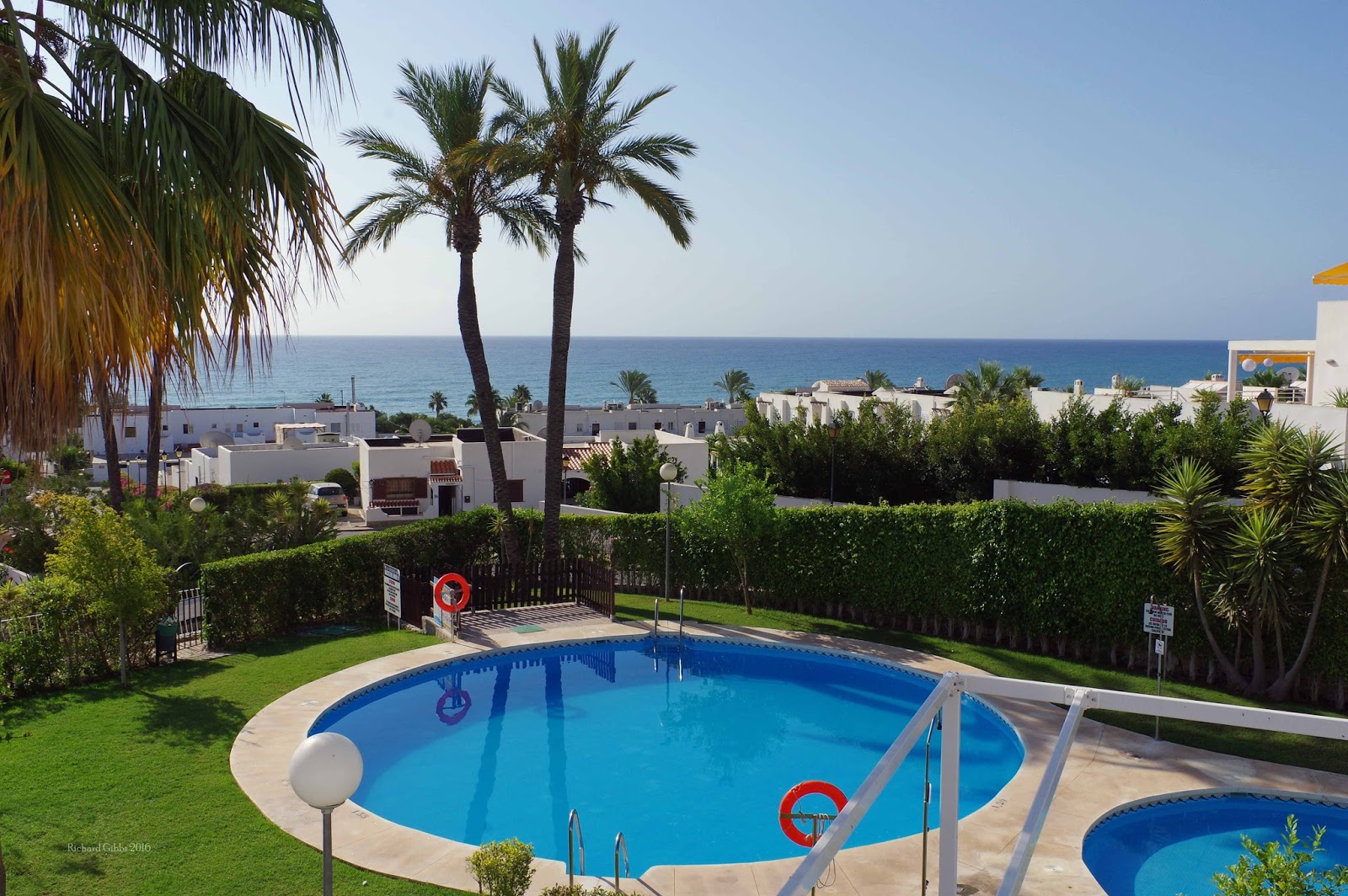 It is hot.  An azure sky meets the khaki desert. 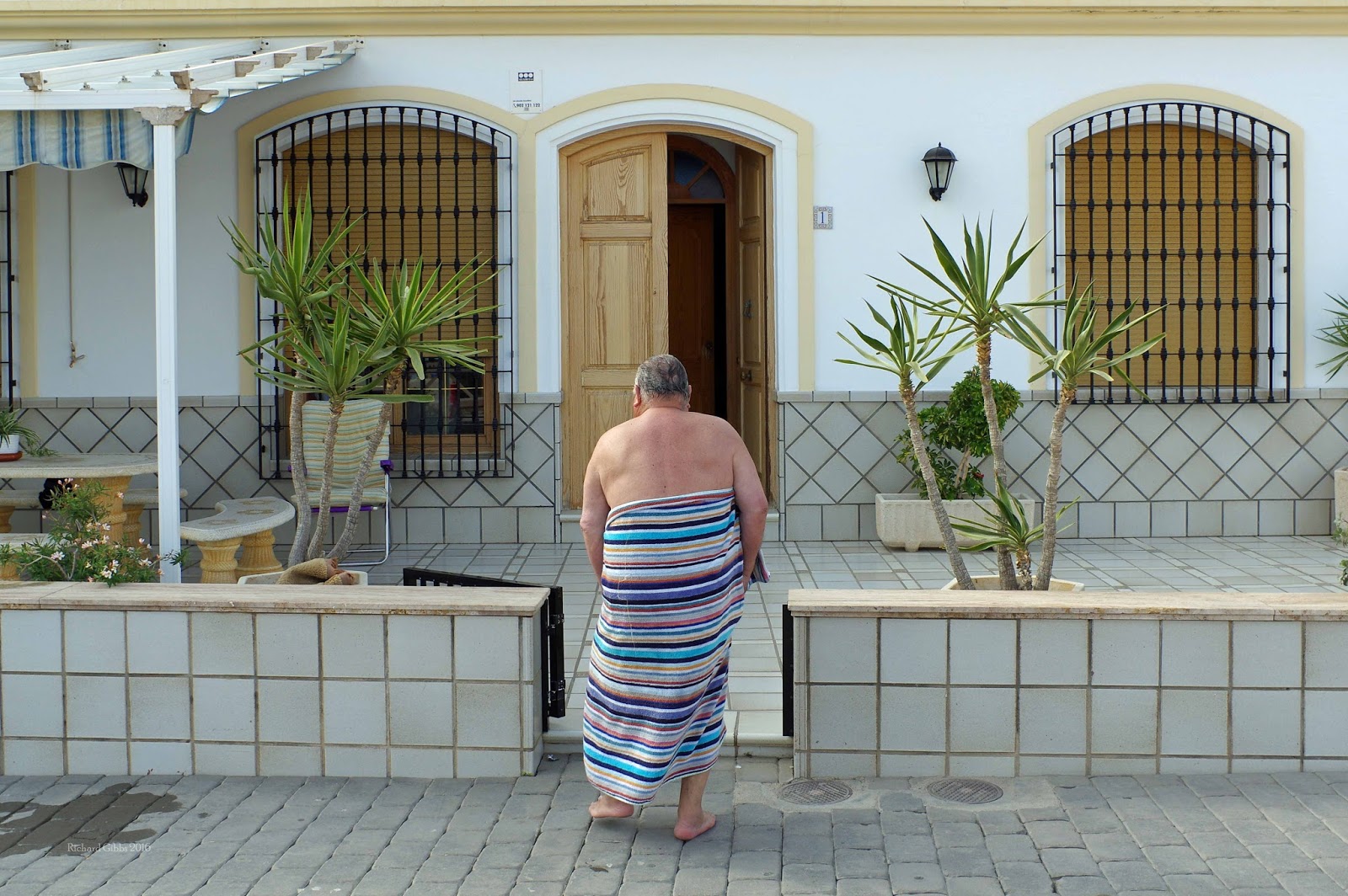 Close by, the round glasses of a young John Lennon glint in the sun, and I start wondering How Musketeer Gripweed Won the War and wrote Strawberry Fields Forever at the same time, while renting Villa Santa Isabel in 1966 …. 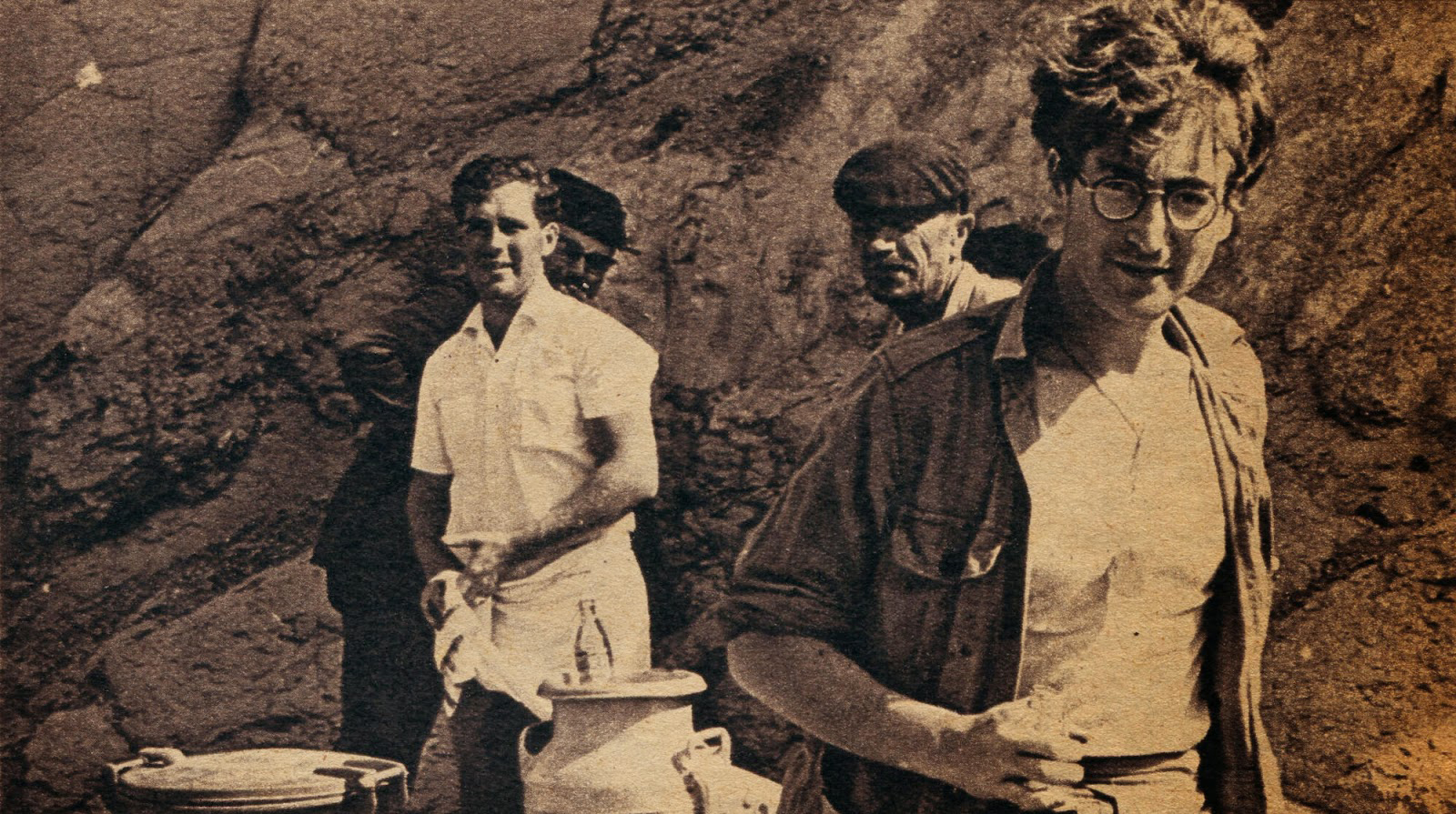 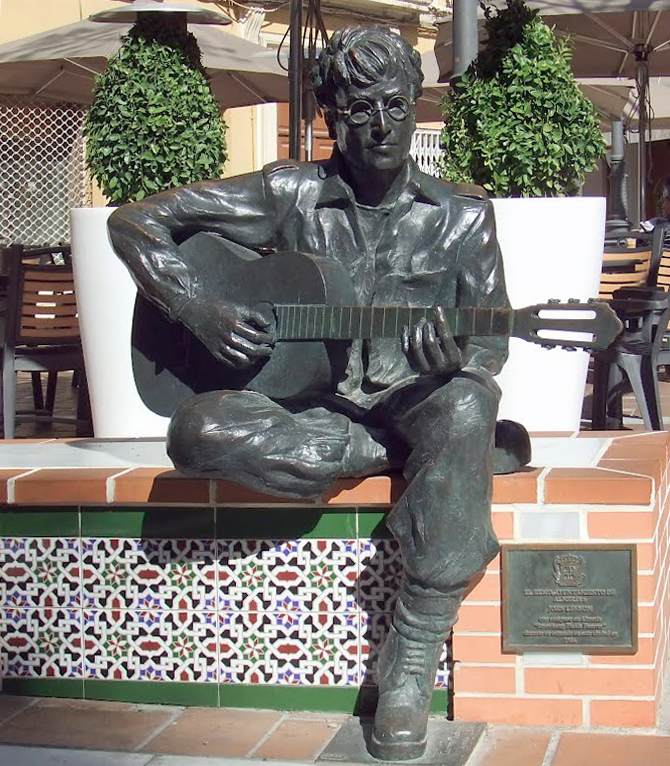 The hills and parched environment round here have been used for many many films, from El Cid to an episode of Dr Who (A Town called Mercy, 2012) and Living is Easy with Eyes Closed (2013), but the most famous of these are Lawrence of Arabia (1962) and Sergio Leone’s classic trilogy with Clint Eastwood, and later his masterpiece Once Upon a Time in the West (1968).  To this day, at Mini-Hollywood in the , there are three privately operated theme parks based on the western movies that were shot here, with ‘live’ shoot outs and horse rides to boot….  There are no traces of the city of Akaba (as Lawrence spelled it),

which was built of wood in a dry river valley close to Carboneras, but you can still image that terrific charge down towards the sea, Then we raced through a driving sand-storm down to Akaba, four miles further, and splashed into the sea on July the sixth, just two months after our setting out from Wejh….  (T , Seven Pillars of Wisdom).

Nowadays, the Costa is muy concrete, but the desert is still there. 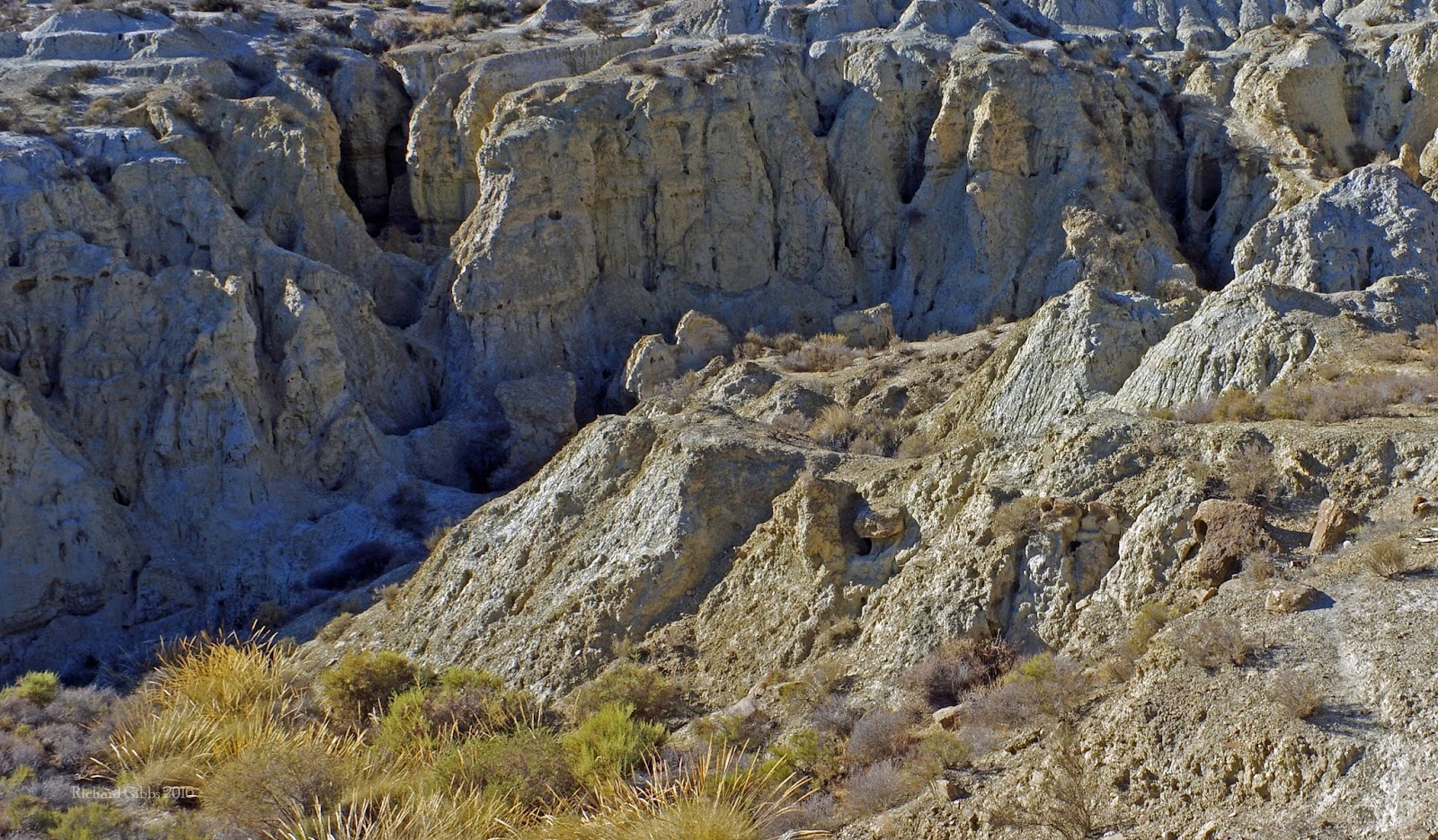 It is hot, and hardly ever rains. History is a blur in the melee of tourism; even the ruins of the Moorish Castle above Tabernas are taken as a film set, and the monuments to those lost at sea or in the Spanish Civil War are dwarfed by the bouncy castles and funfairs of today’s blue sky hedonism. 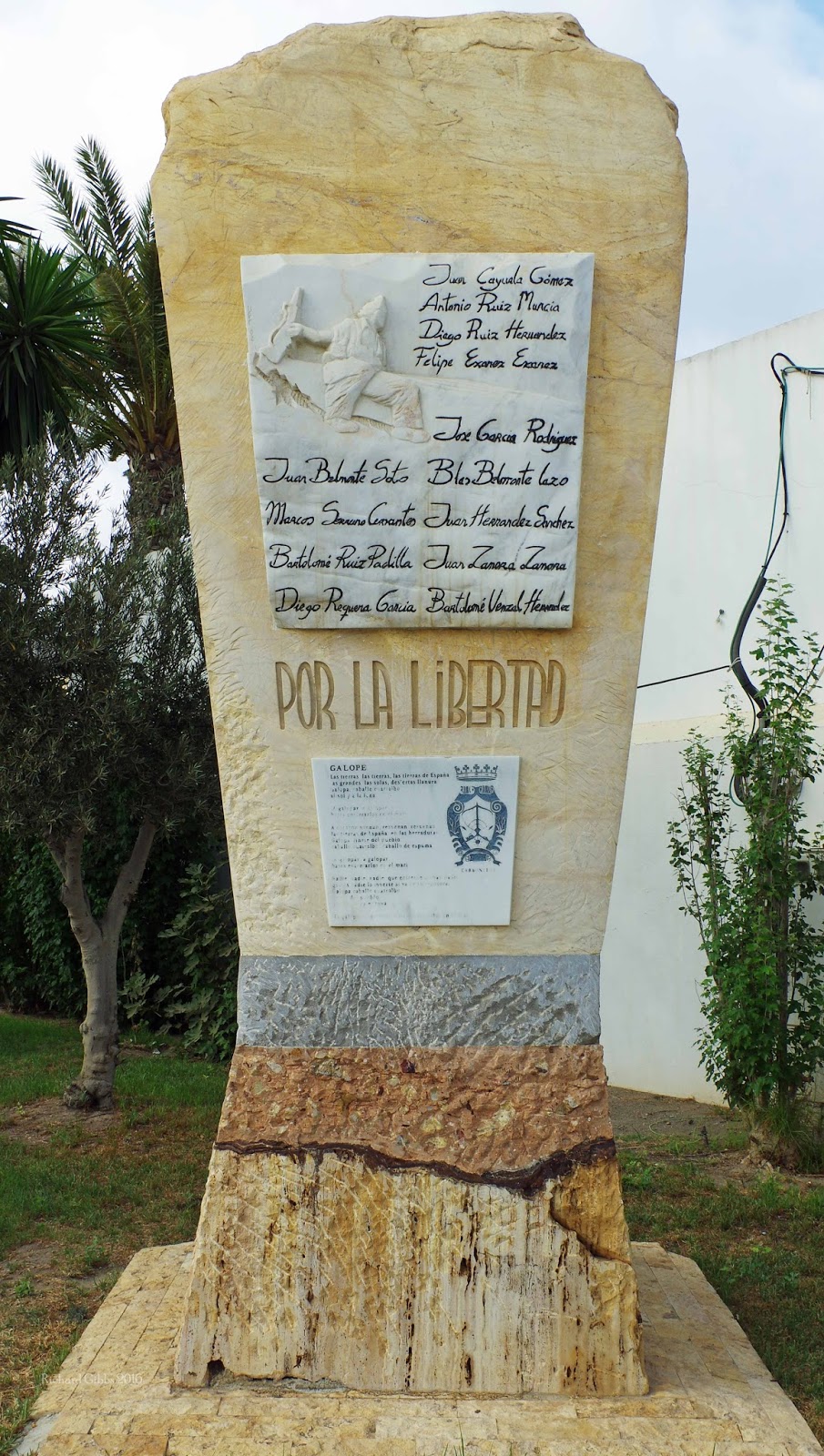 Having said that, only a little off the beaten track,

at Nijar, for example, there are vestiges of how life once might have been, once upon a time….. 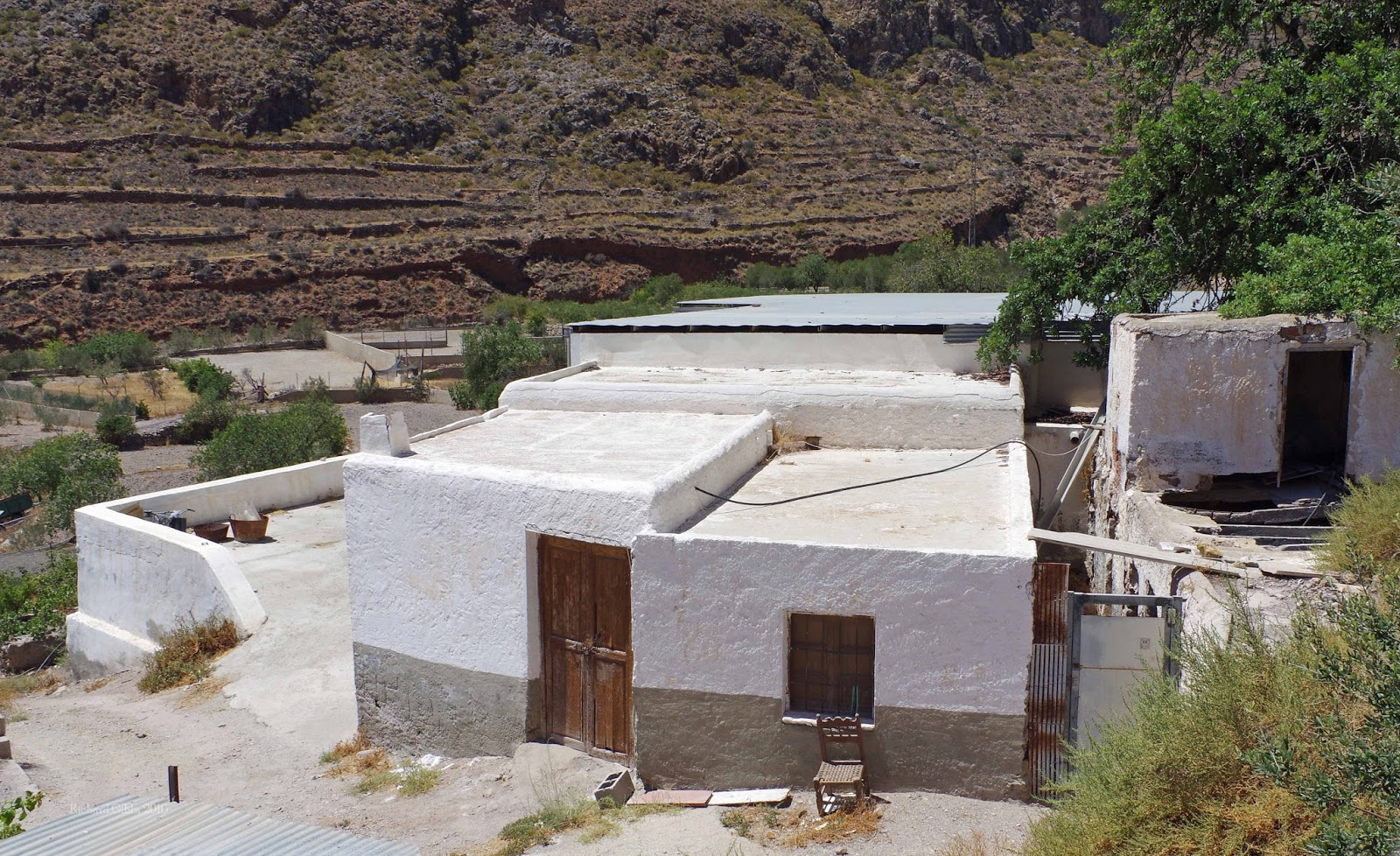 We cross the desert, under a blinding sun.  Images of palm trees and water merge into farmsteads and railway tracks. Near Sorbas, 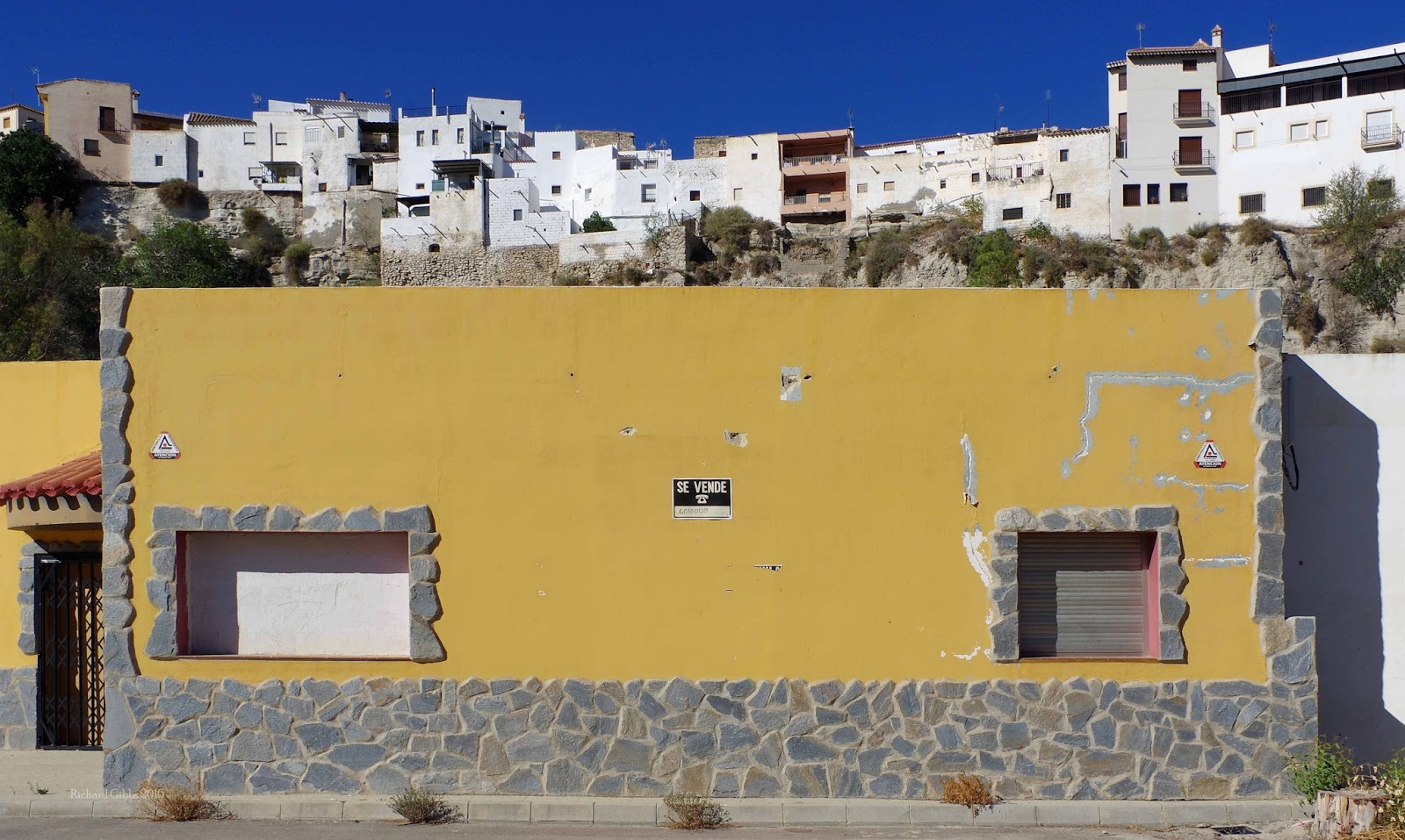 I think I see Henry Fonda’s piercing blue eyes staring menacingly at Claudia Cardinale, but then James Coburn blows the dream to pieces.  I stop beneath the Moorish Castle at Tabernas, to ask the way to Almería, 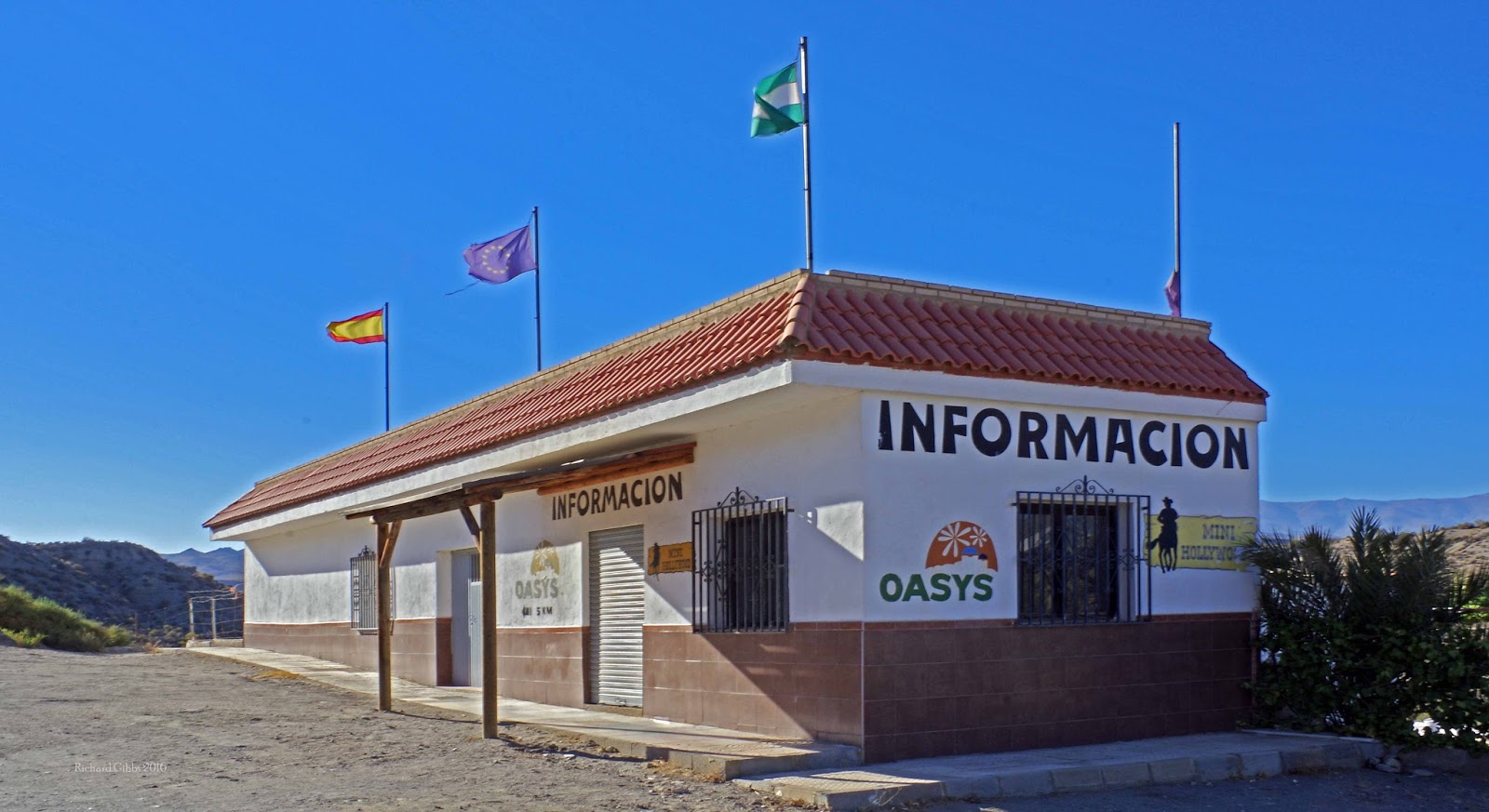 then ease myself into my rented Audi A3 and drive away from the merciless sun, as stunt men fall in Mini-Hollywood. 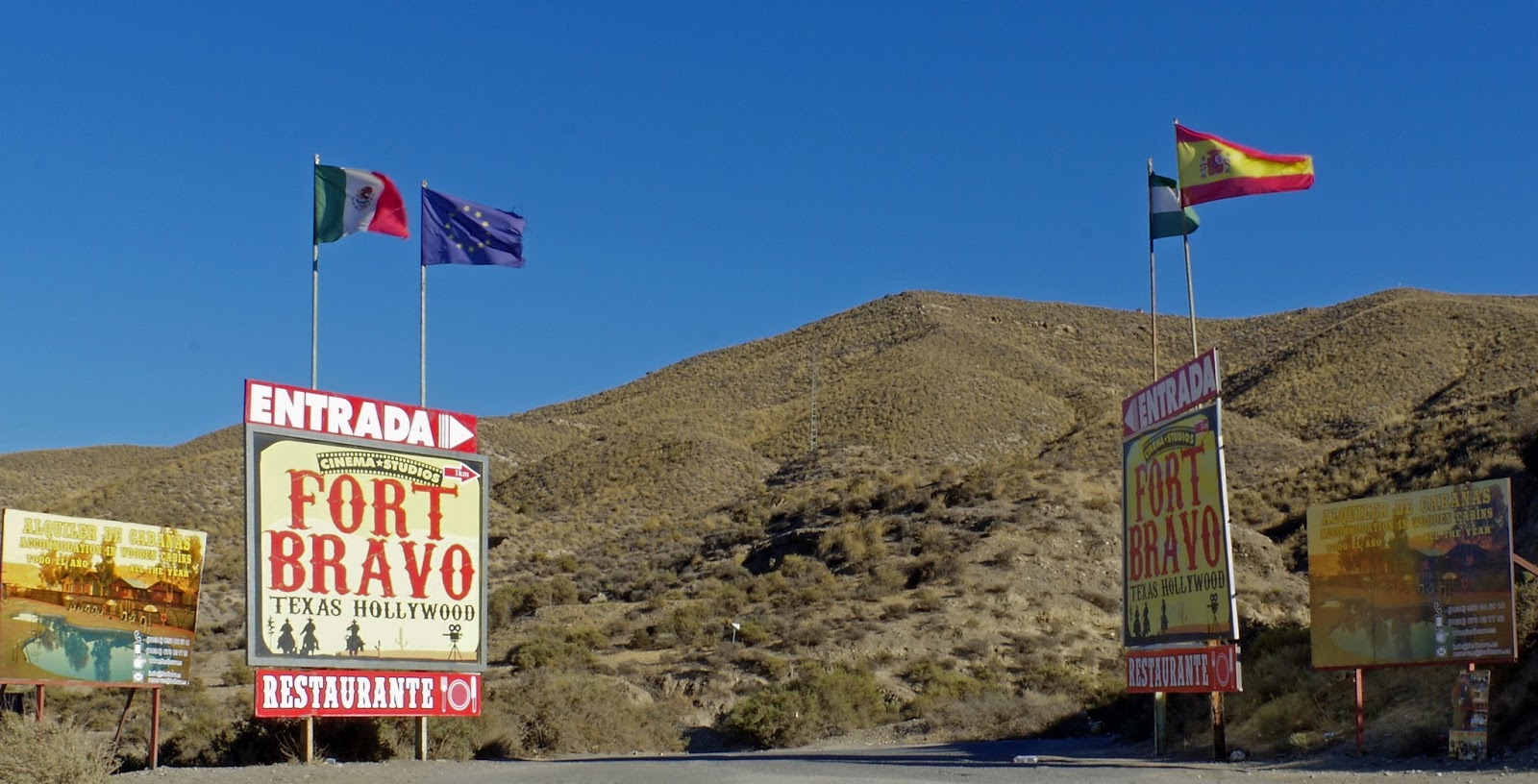 And, as the karaoke machine of destiny falls across the face of Peter Kay on the treadmill of time, I realise I am back in the airport....

Sweet sunburned Marie, in a dress made out of a Moroccan lampshade, tells her tattooed mother that she won't be bringing , reluctantly screaming in his pushchair, again, until he appreciates it.....

Always, no, sometimes think it's me
But you know I know when it's a dream
I think, er, no, I mean, er, yes, but it's all wrong


That is I think I disagree 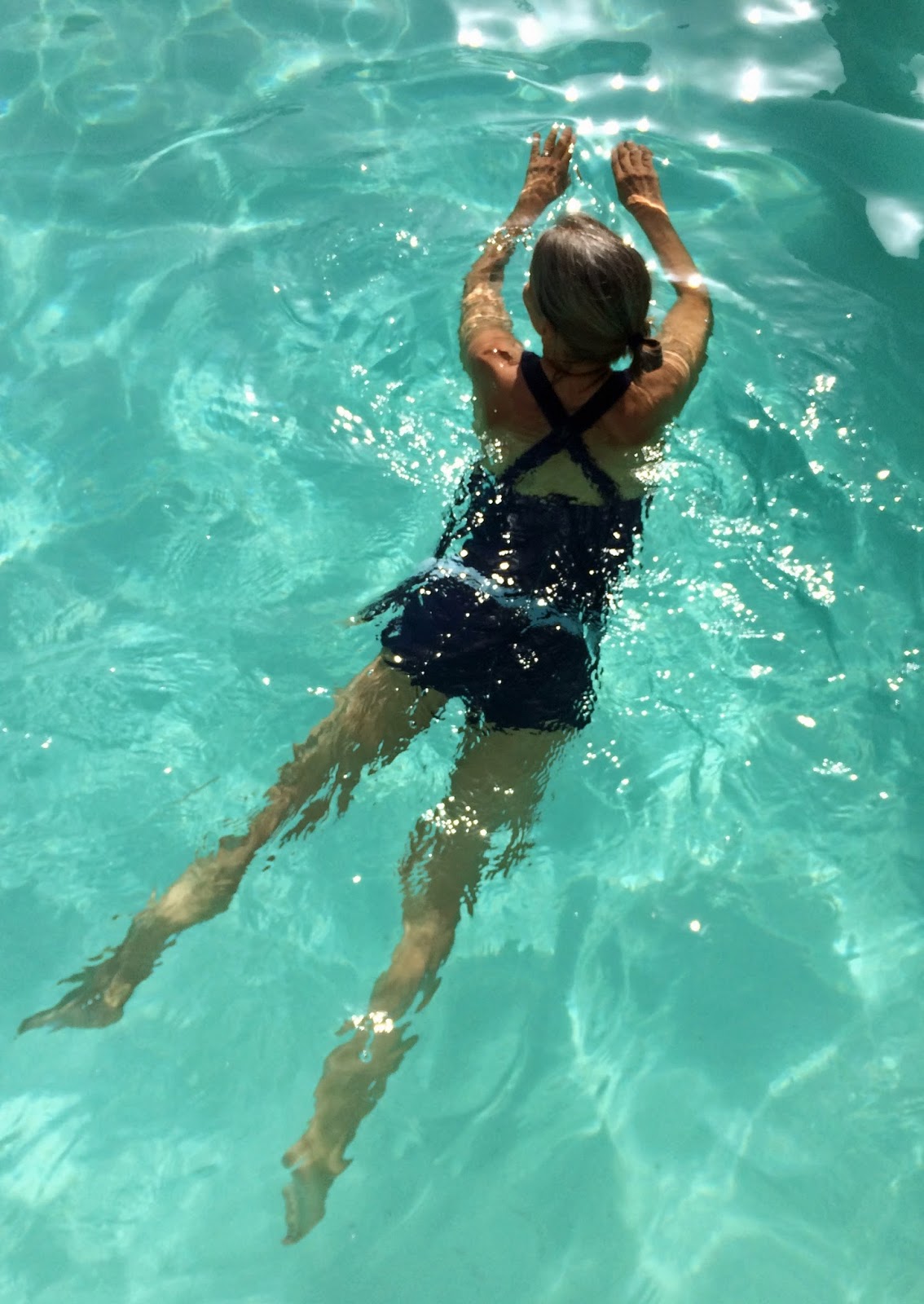 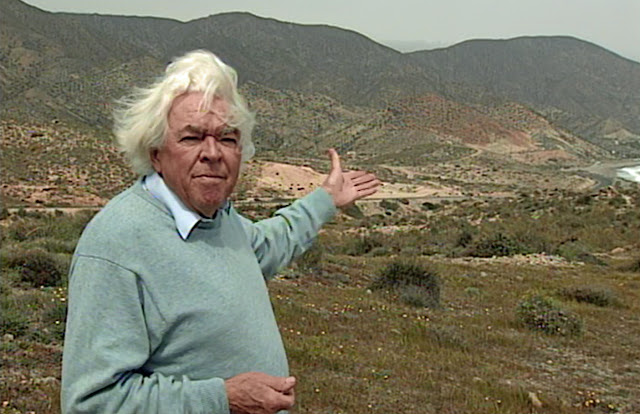 For more about
Lawrence of Arabia,
please see: