This blessed plot, this earth, this realm, this …. 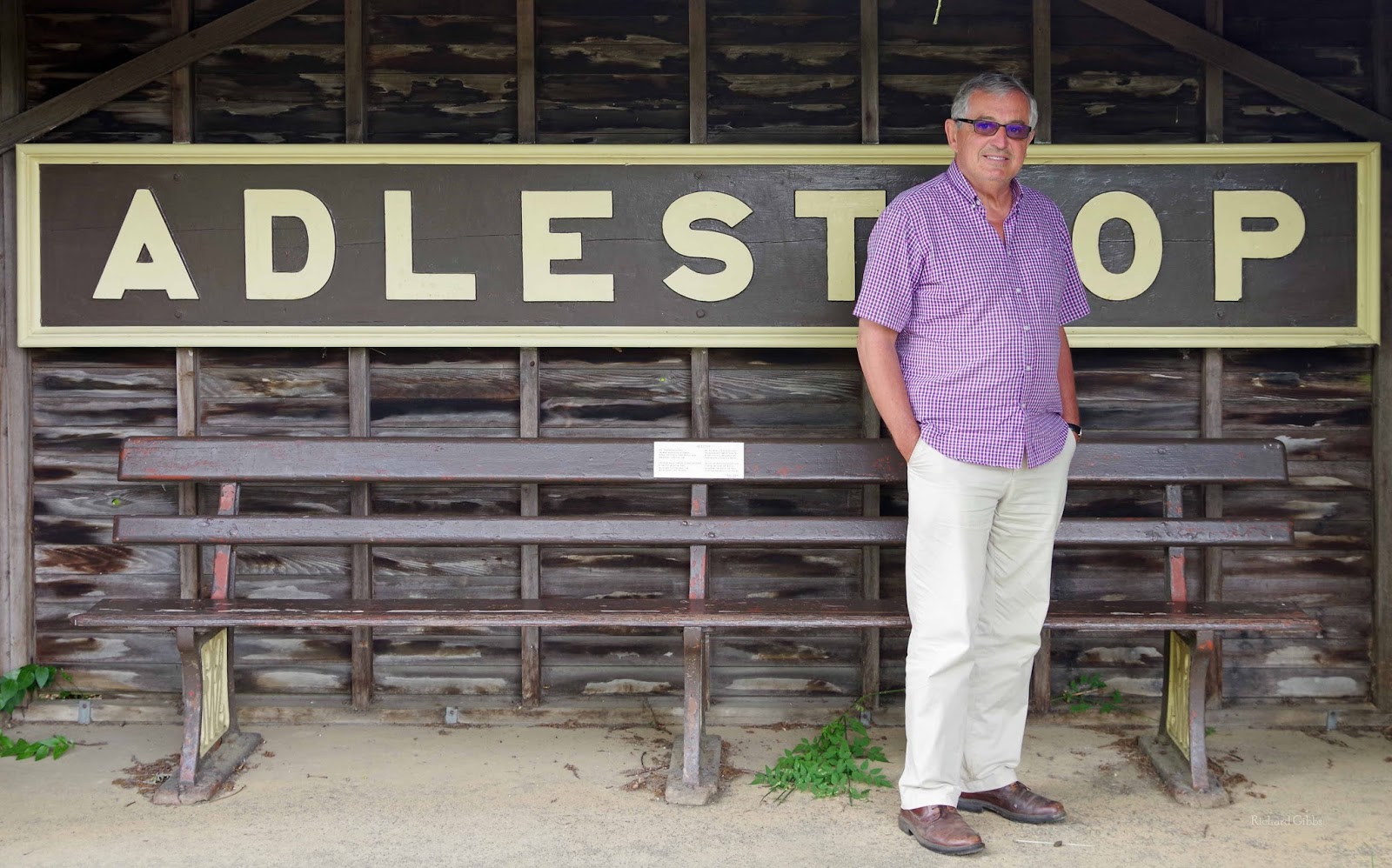 King Æthelstan the Glorious, the first Ruler of the whole of , died on October 27th, 939, in , and was buried somewhere under his home town of , Wiltshire.  In the Abbey, or strictly, in the Parish Church, which is all that remains of one of the great Abbeys of medieval England, there is a fourteenth century tomb which commemorates King Alfred’s Glorious grandson, but it is void, and his remains have yet to be unearthed….. 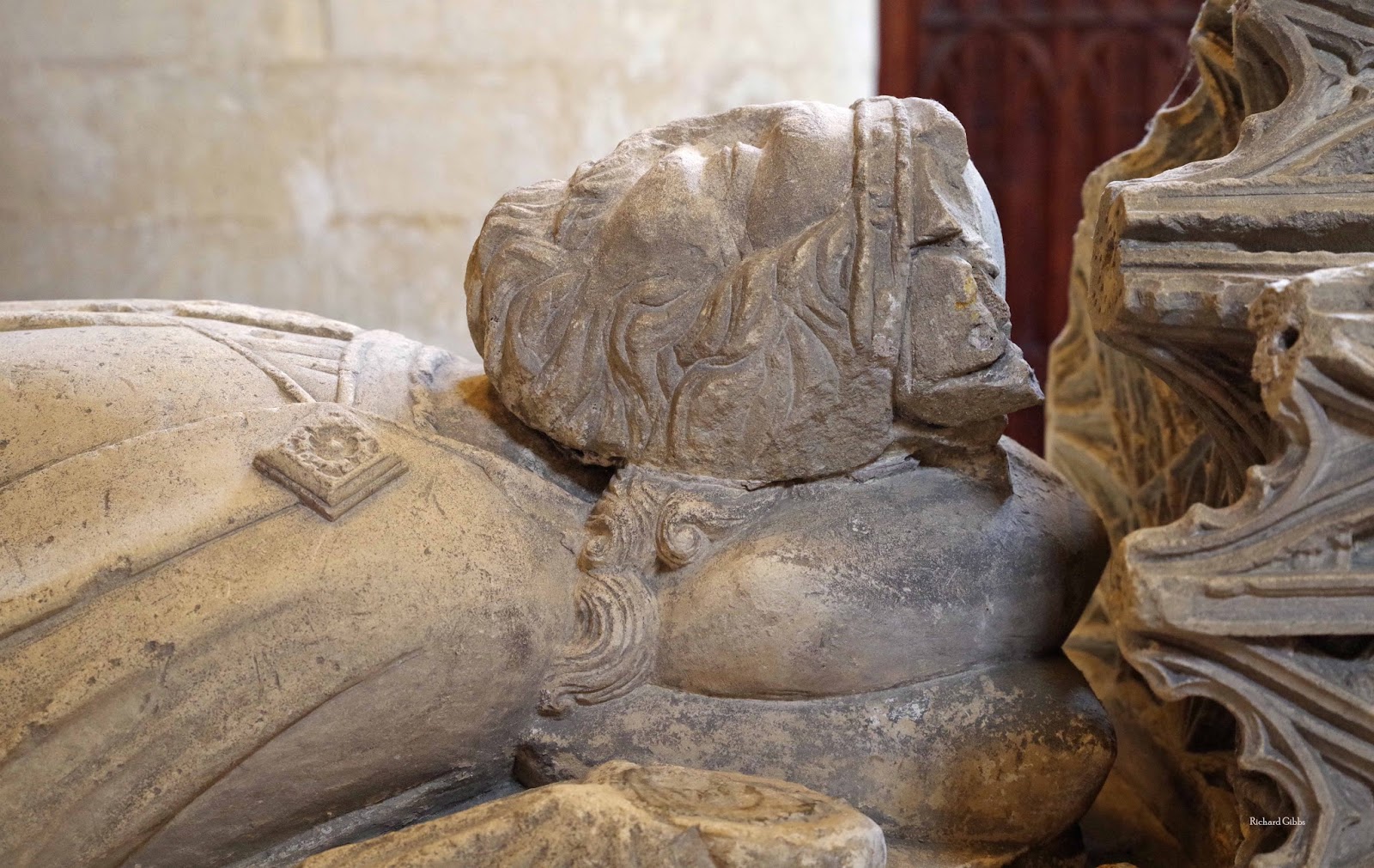 Æthelstan lived in the tenth century, a so-called age of darkness, but he quelled rebellion and became the greatest ruler in these islands since the Romans, with all the diverse tribes of mainland accepting his lordship, following his victory over Scots, Danes, Norse and Irish at the Battle of Brunanburh. 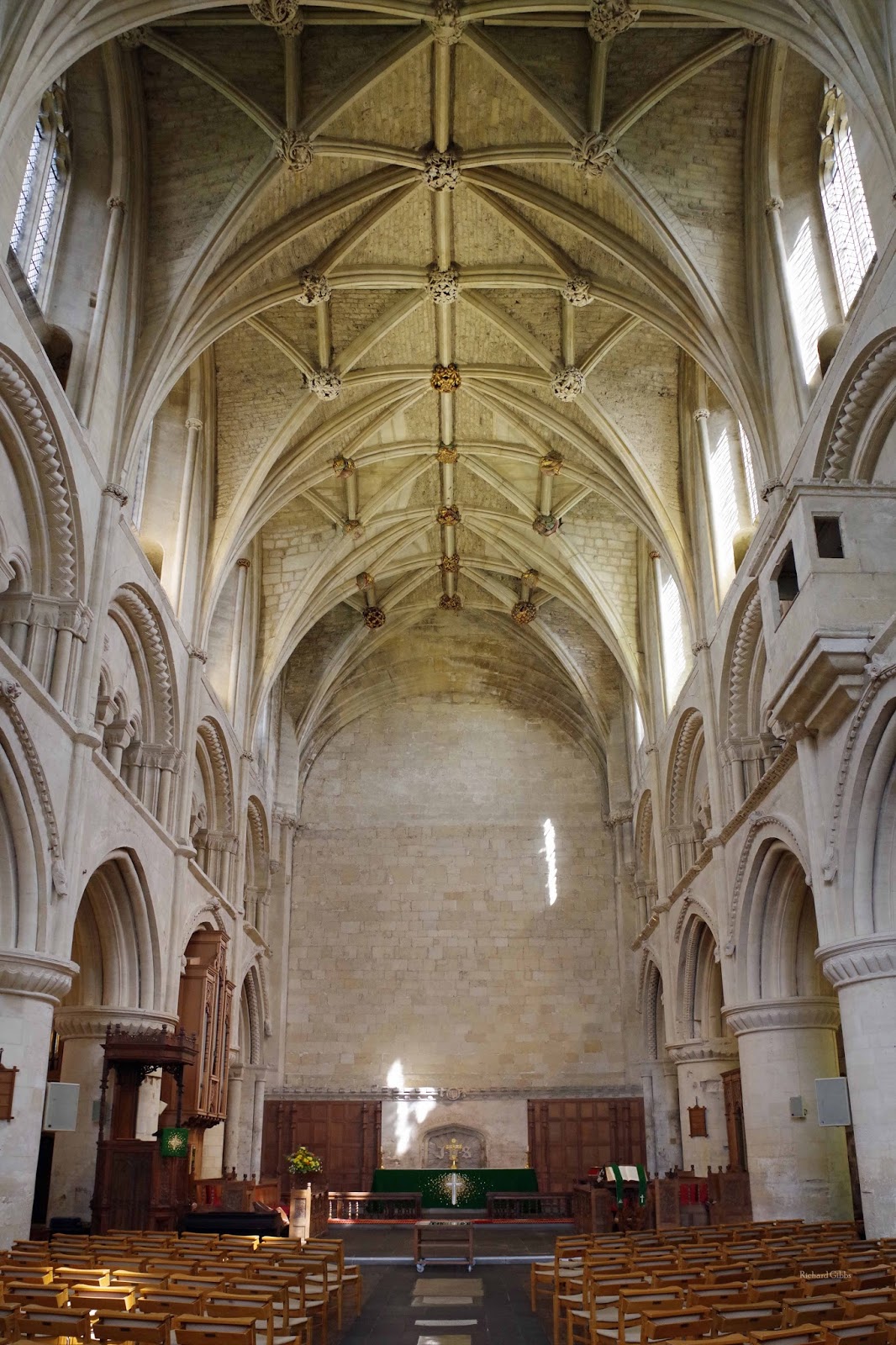 Malmesbury is a pleasant town, situated on top of a flat hill encircled by the River Avon, on the southern edge of the Cotswolds.  Excavations have revealed the remains of an Iron Age Fort here dating from 500 BC. A gentle walk around the meadows surrounding the town crosses and recrosses two branches of the river .  Teenagers play in the water and parents perambulate their infants, while in the centre of the town by the fifteenth century market cross Japanese tourists pause with their guides in their exploration of this sceptered isle.  I am not sure why the Japanese, in particular, have such an interest in this area, but along the fourteenth century Arlington Row by the river Coln, in William Morris’s most beautiful village in (Bibury), coach-loads of Japanese vie with each other to photograph this quintessential .  As http://www.the-cotswolds.org/  puts it:

Which translates as:  Cotswolds is about the size of , the British is a tourist destination with a very popular that travellers visit from the well around the world. Cotswolds gentle hills ( 'wolds'), quiet villages, and is also famous as the "region a symbol of ." 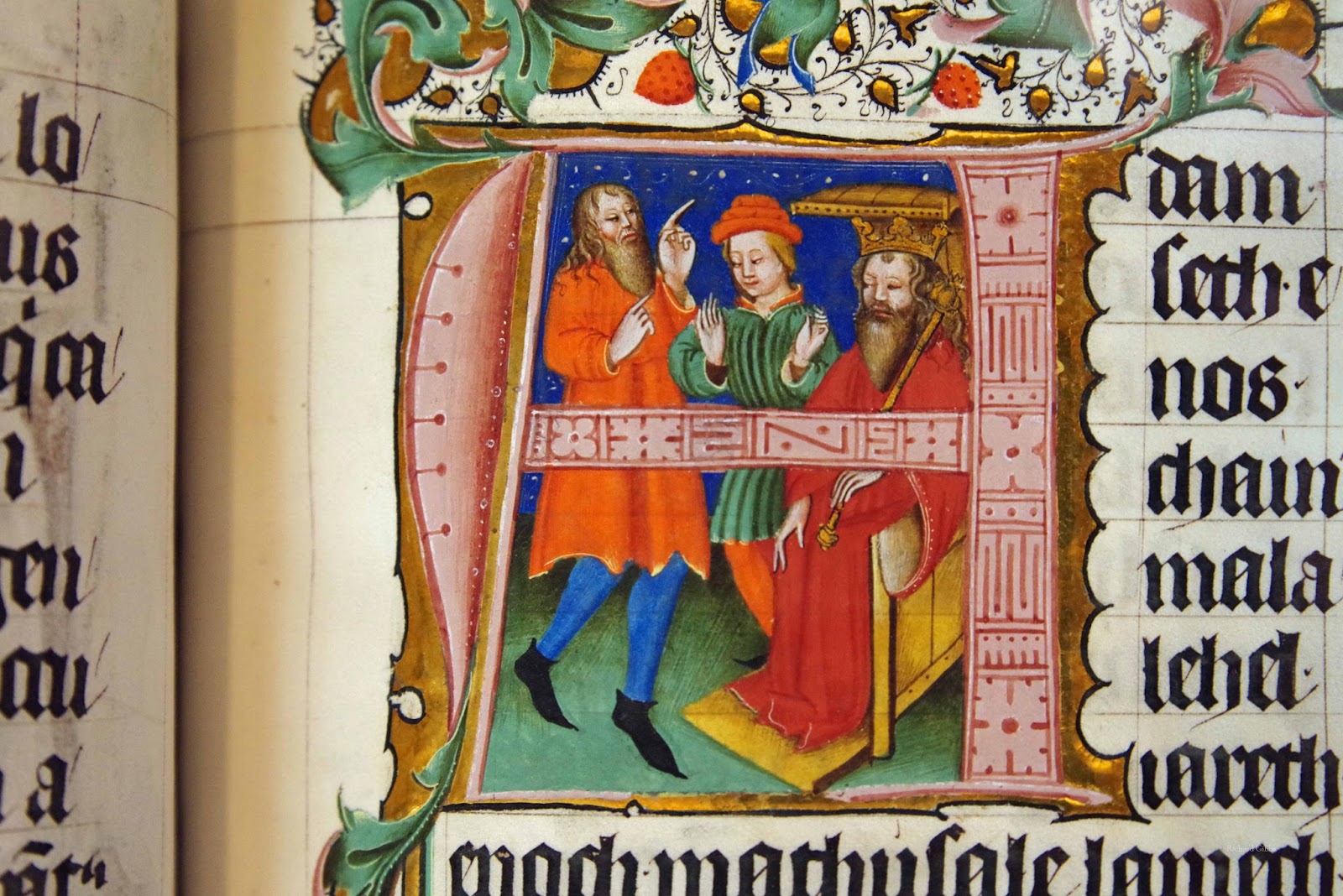 Which sums it up rather nicely…..

The Cotswolds Area of Outstanding Natural Beauty is, at 790 square miles, the largest of 38 such designated areas in the . 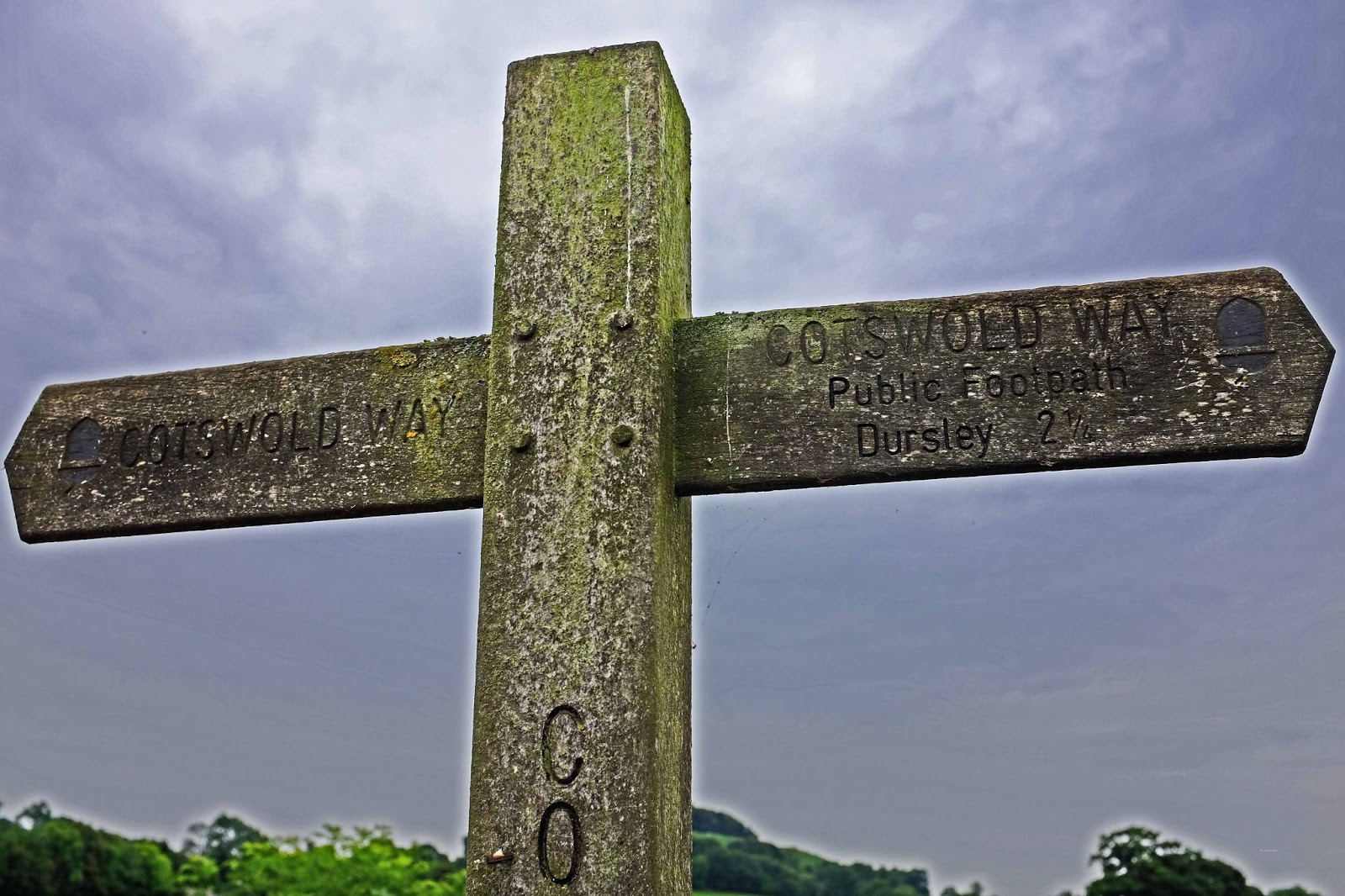 It ranges 80 miles from north to south, covering an area of gentle hilly countryside between Cheltenham, , , and .  There are a good number of picture-postcard towns and villages, such as Bibury, Bourton-on-the-Water, and Chipping Campden, all dressed in colourful Cotswold limestone, and there are numerous attractions, such as Westonbirt Arboretum, Chedworth Roman Villa, , and .

Æthelstan was/is not the only royal to have passed through….. Although is not technically in the AONB, it is a prime attraction in the area, and proudly displays the cell where Edward II was imprisoned, and, supposedly, murdered in a most foul way, sandwiched between a table and a mattress, his innards burned out with a red-hot poker inserted through a horn up his backside….  Probability is, however, that Edward actually disappeared from and made his way to the Hermitage of Butrio, in , where a stone commemorates his eventual death. 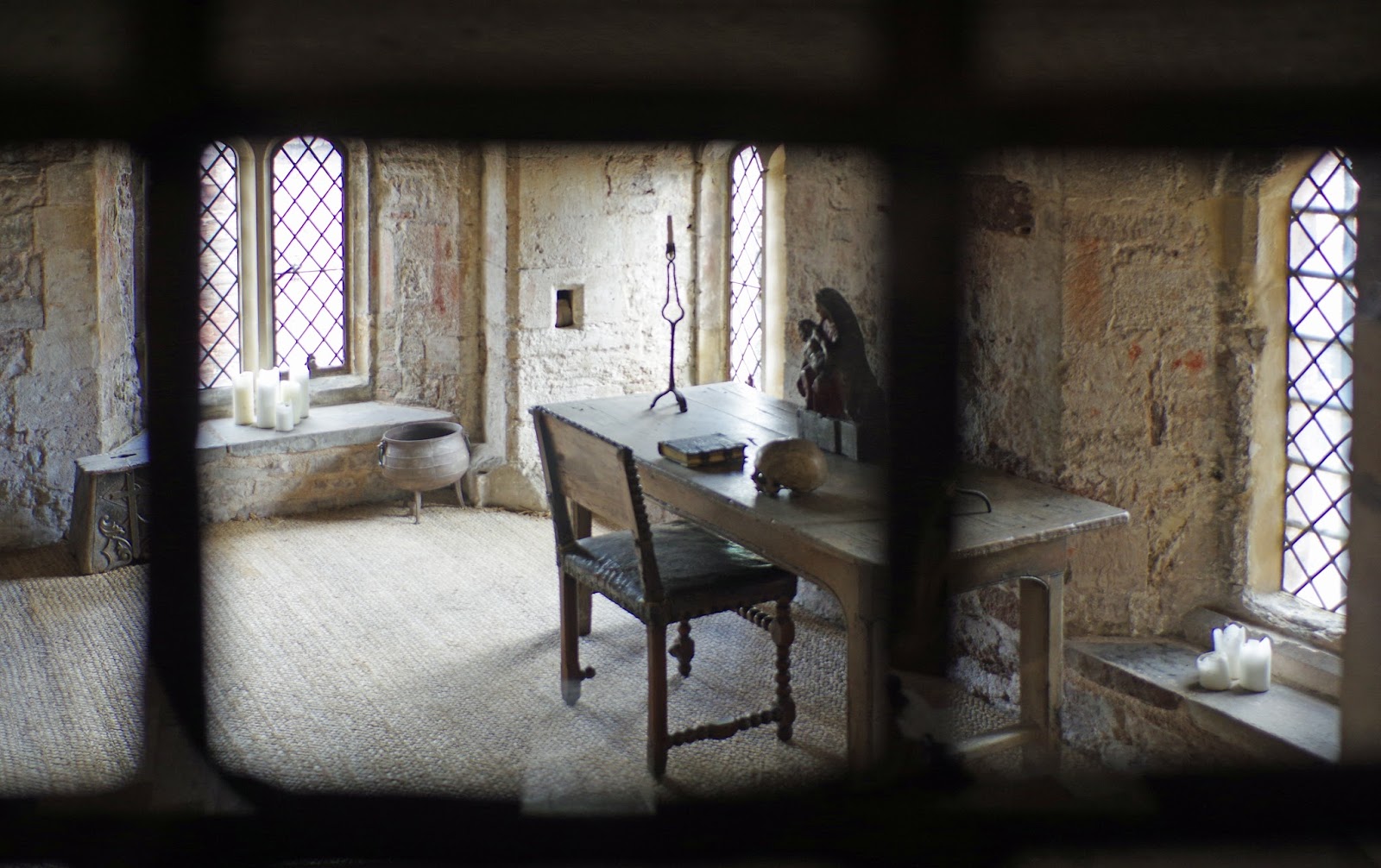 More recently, the Cotswolds have attracted modern royalty, with first the Princess Royal, Princess Anne, at Gatcombe Park in the Parish of Minchinhampton, where her daughter Zara also now resides, and notably the heir to the throne, the 67 year old Prince of Wales, Prince Charles, whose Duchy of Cornwall acquired Highgrove, or more properly Duchy Home Farm, near Tetbury, in 1980.  According to the Highgrove website, the Prince chose to live in Gloucestershire because of its easy access to , and other parts of including the Western counties where the Duchy has most of its properties.  All very well, good ‘business’ practice, but surely it is also a very appealing area? 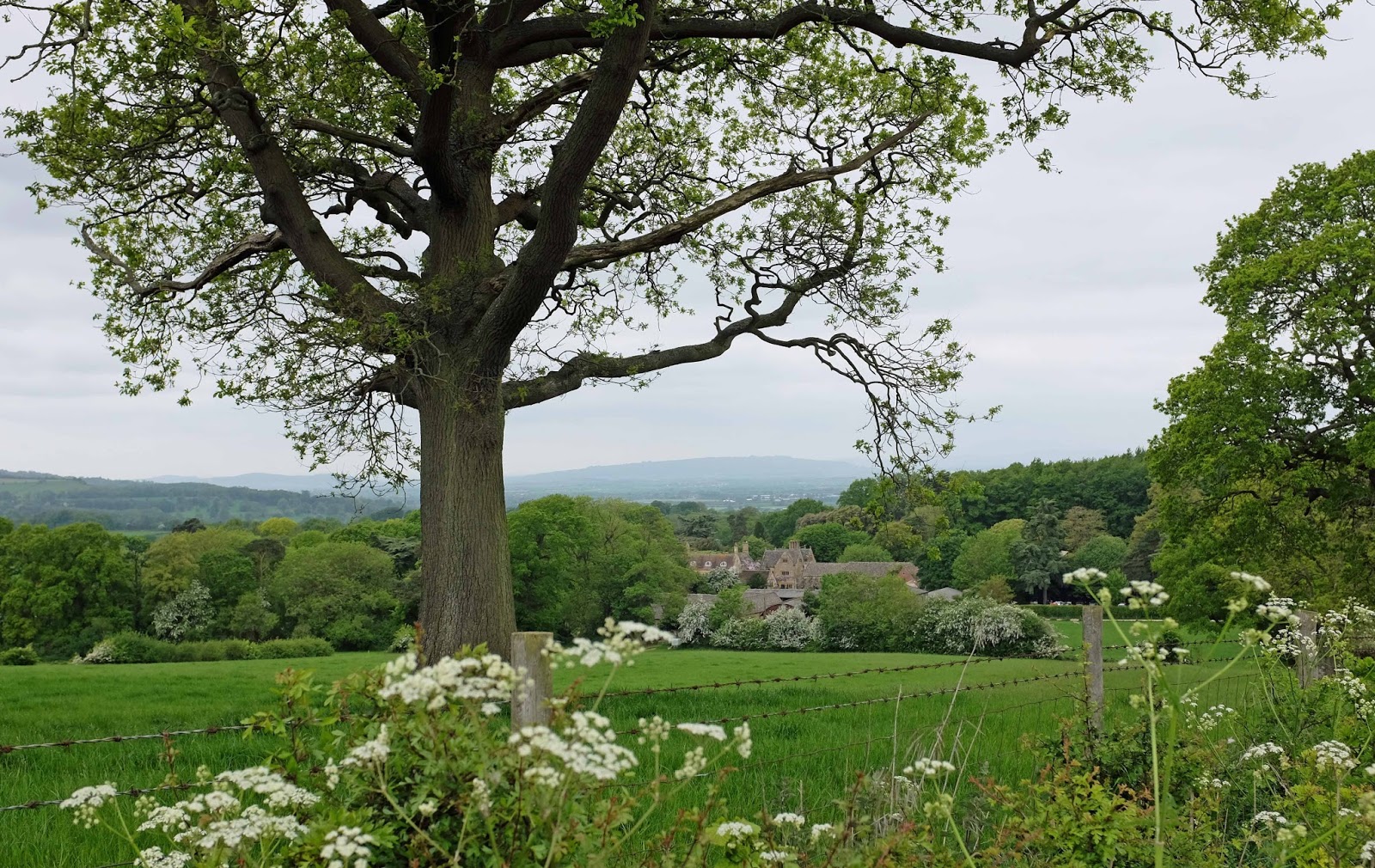 The Cotswolds are peppered with fine houses, and great farms.  Once the wool trade enriched the inhabitants, and great estates rose and fell with sheepish fortunes.  It was also a favoured area for hunting, and the vicinity of Ozleworth was a playground for Tudor aristocrats, so much so that Sir Nicholas Poyntz built Newark Park (now National Trust) as a hunting lodge in 1550.  Over the years it was enlarged and modified into a residence, but then fell into disrepair until a Texan architect ‘discovered’ it in the 1970s and restored it to sufficient glory to provide the interiors of Sandbourne House for the 2008 TV miniseries of Tess of the d’Urbervilles (blood dripping through the ceiling).  From the garden terrace the views towards are wonderful, falling away into woods and farmlands, then rising up to the scarp slope near Hawkesbury Upton, where the pierces the sky.

This 100 foot Ashlar pillar was built in 1846 by Lewis Vulliamy, to commemorate a nephew of the 6th Duke of Beaufort, Lord Robert Edward Henry Somerset, who had been a general at the Battle of Waterloo.  The Grade II listed erection is now in a perilous state, but the ailing 11th Duke, the 88 year old David Robert Somerset, holds it dear, and won’t let anyone near.  According to the kind lady who lives in the custodian’s cottage at the foot of the tower, this cousin of the Queen now keeps to himself and his hounds at nearby Badminton. 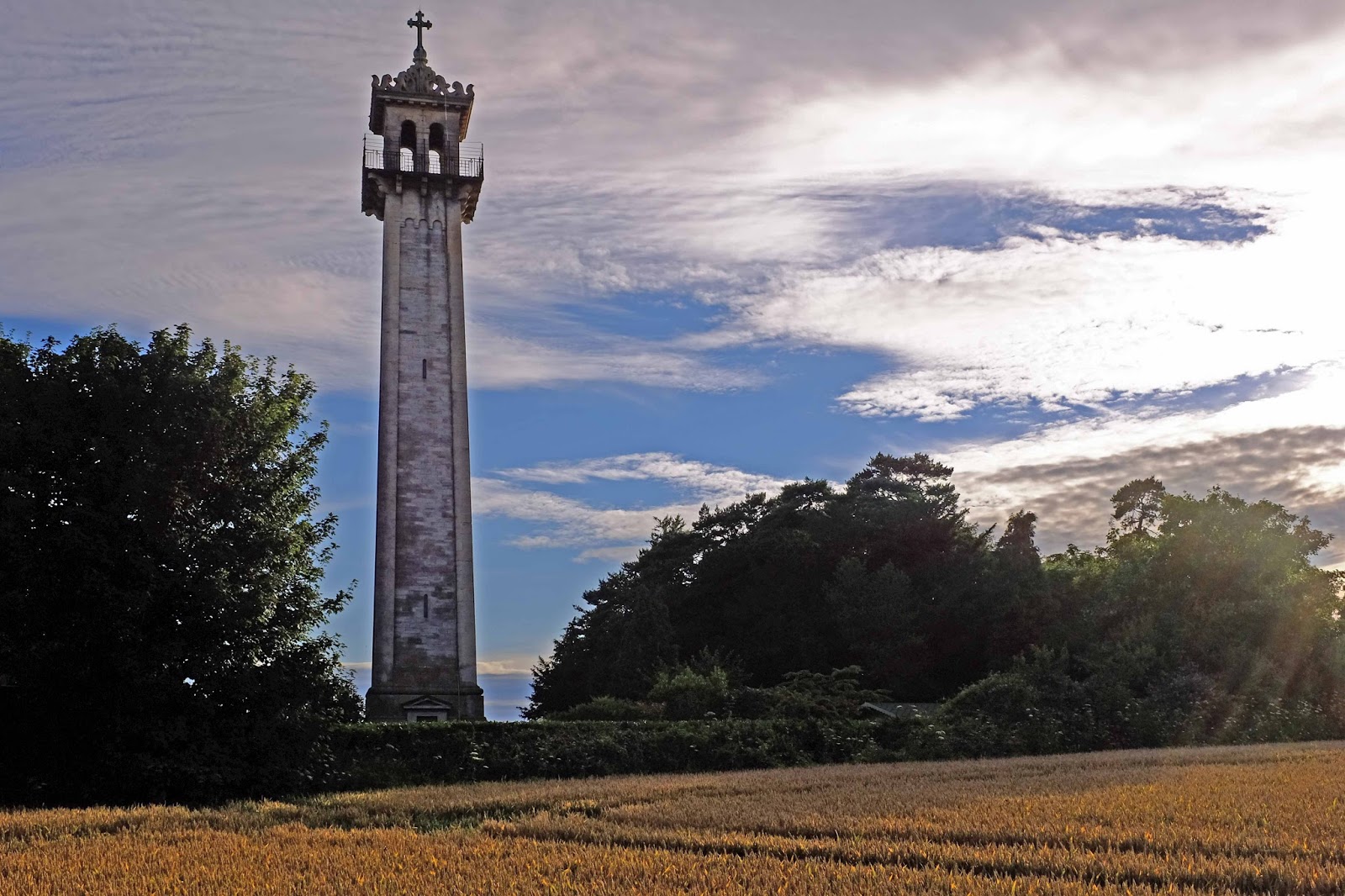 One of my favourite haunts in the Cotswolds is Owlpen Manor, nested in a fold just outside the . 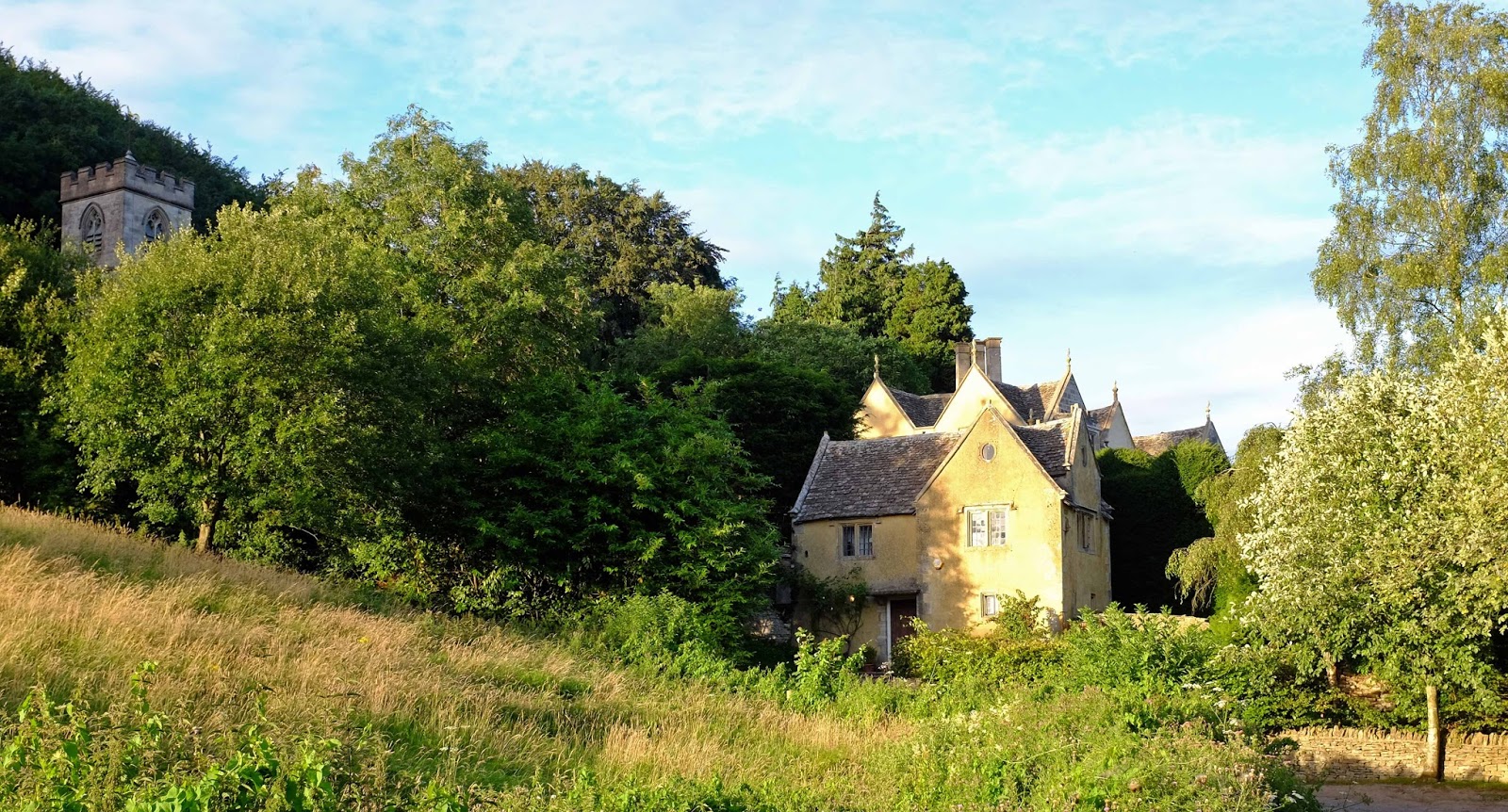 It is neither ‘great’ nor ‘magnificent’ but the estate is nearly a thousand years old and the manor dates from between 1460 and 1616.  In 1894 the poet Swinburne wrote to William Morris that Owlpen was an incomparable paradise and referred to it as a kind of sleeping beauty as it had fallen into romantic decay.  In 1925 it was acquired by architect Norman Jewson, who lavished enormous care over its restoration employing local workmen and materials, including handmade nails and locally wrought iron.  In 1930 artist and conservationist F L Griggs said of the place that it was a paradigm of the values of English civilisation for which his generation was prepared to fight…. 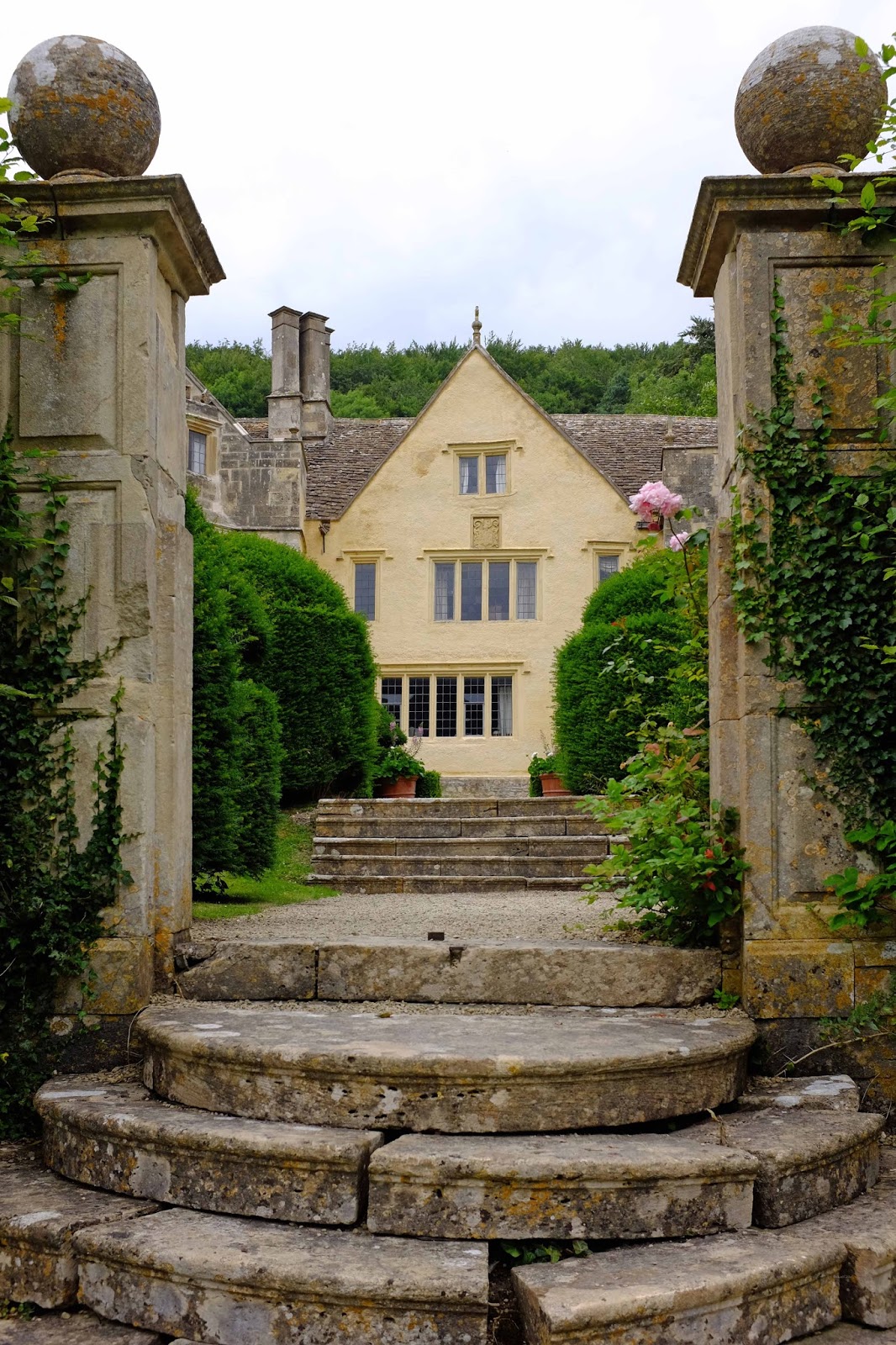 In 1974 it was acquired by Nicholas and Karin Mander, who continued the restoration, including the church (also used in Tess of the d’Urbervilles) and nine rental properties on the estate. 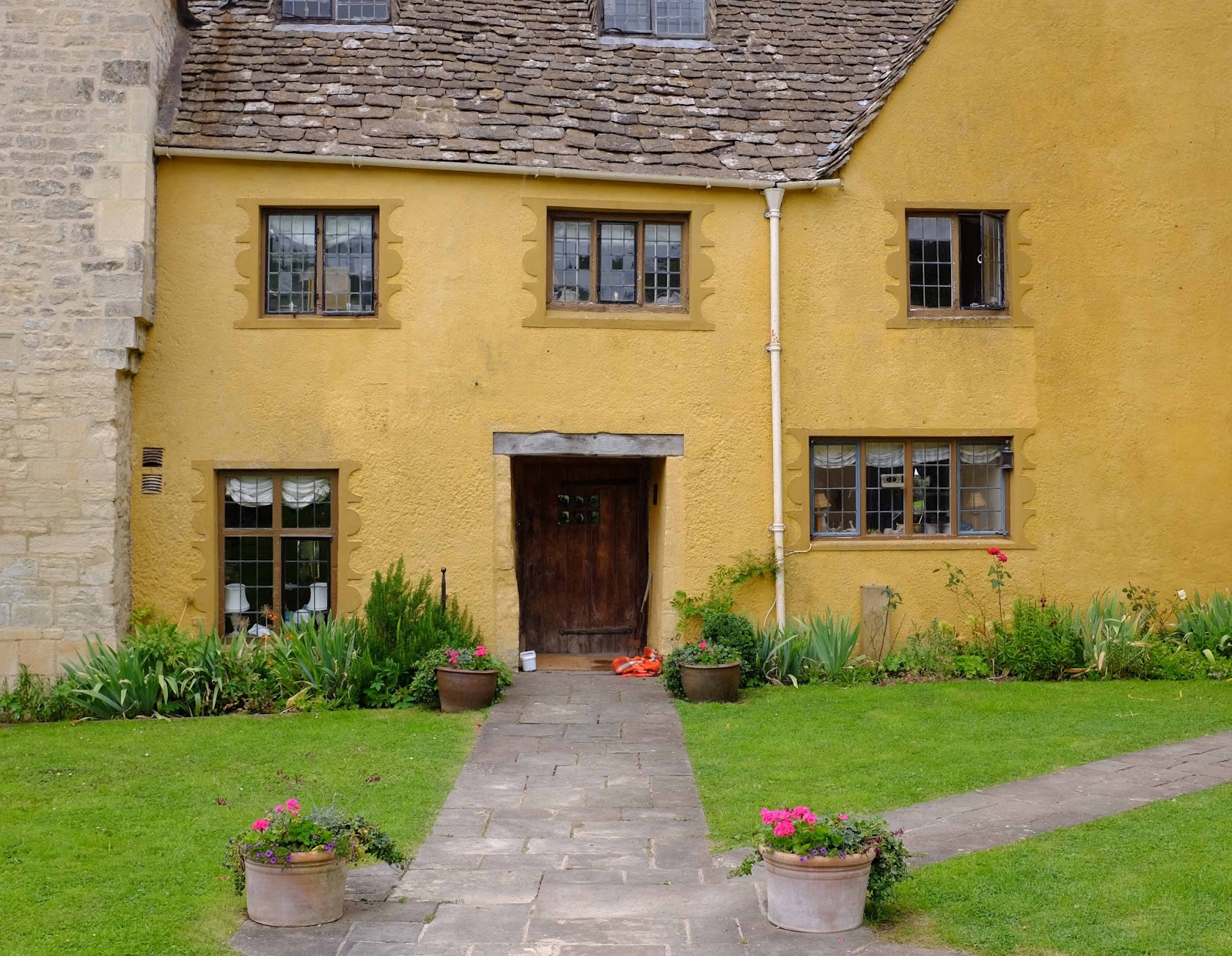 As I mull over a pint of Uley Bitter in the nearby Old Crown Inn I imagine being welcomed over the polished flagstones into the low-ceilinged Great Hall from 1540, sitting in the eighteenth century panelled Little Parlour, or pacing the floorboards in the Oak Parlour.  Upstairs I would admire the painted-cloth hangings of the story of Joseph and the Coat of Many Colours, before settling down in the Flemish four-poster in the solar.  Outside I would hear a blackbird, singing out the day in the yews that Vita Sackville-West said make rooms in the garden with walls taller than any rooms in the house; dark, secret rooms of yew hiding in the slope of the valley…..

Walking in the quiet valleys here or up on the tops, where ancient barrows and forts hide stories of war and peace, is to delve into the intermingling of human and natural history.  Several hundred people used to live at Ozleworth, where now remain an eighteenth century manor house, a scattering of modernised cottages and a fine rectory around the remarkable Norman Church with a central hexagonal tower. 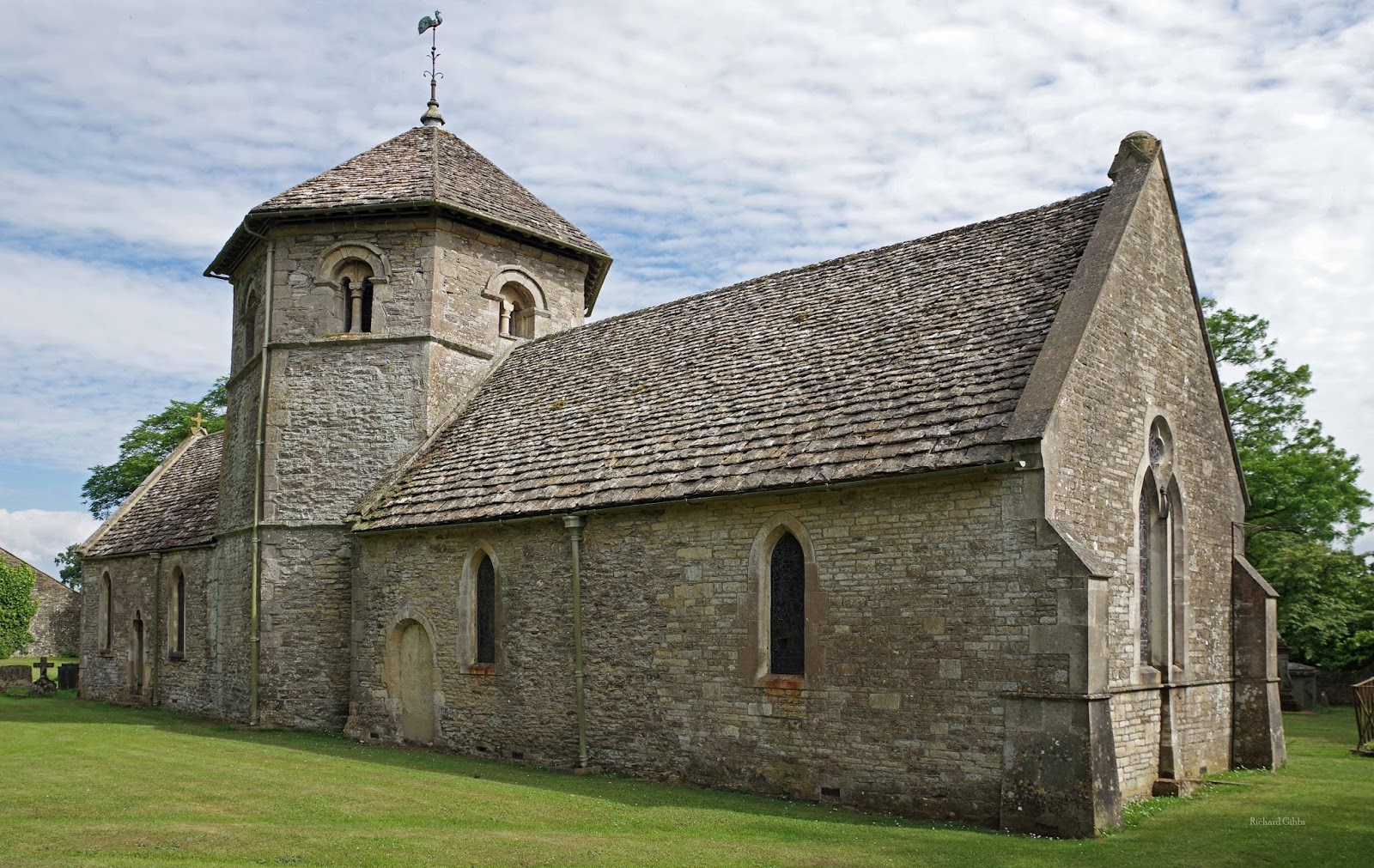 Wealth, and work, sprang here from the now disappeared woollen mill.  Currently the manor house is being refurbished….. 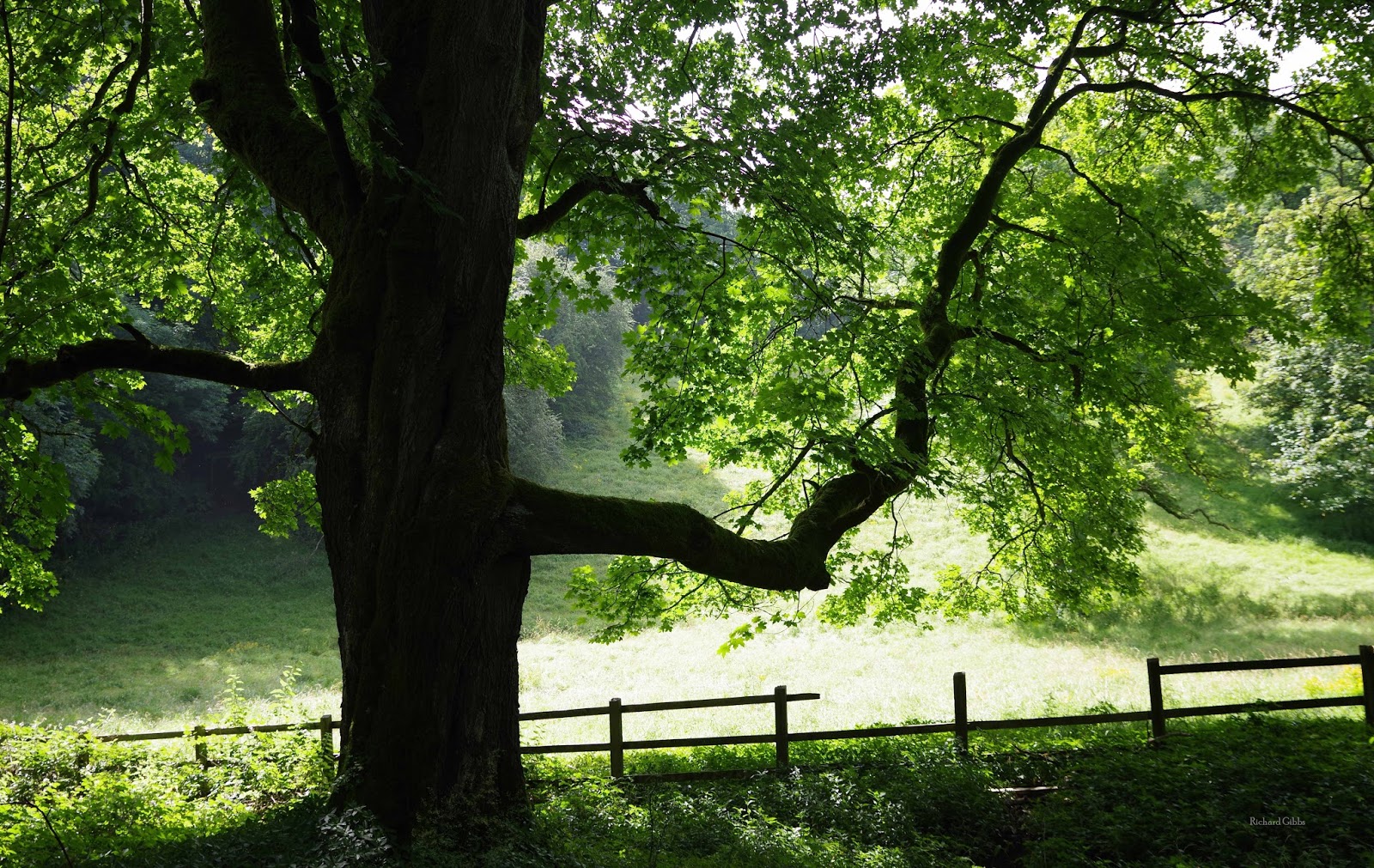 At Edgeworth, the seventeenth century manor house was uninhabited in 1971, but new money has entered the valley, and now the church is under restoration, the estate properties all have new carved stone name plates, and contractors are busy installing super-fast broadband (something that is yet to come to Uley….) while up on the hill a young woman is being coached on the Polo Fields…..

Across the Frome valley, down the ominously titled Dark Ride, and just beyond a delightful pond, lies Pinbury Park, which was originally a sixteenth century monastic property.  It was later redeveloped by Arts and Crafts Movement architects, and was used as a summer house between 1902 and 1928 by Lord and Lady Bathurst, of , during which time guests included Queen Mary, and Rudyard Kipling.  From 1932 until 1940 it was the residence of poet laureate John Masefield, the longest serving laureate since Alfred Lord Tennyson and a great figure in English letters at the time, though now he is barely remembered for having to go down to the sea again….. 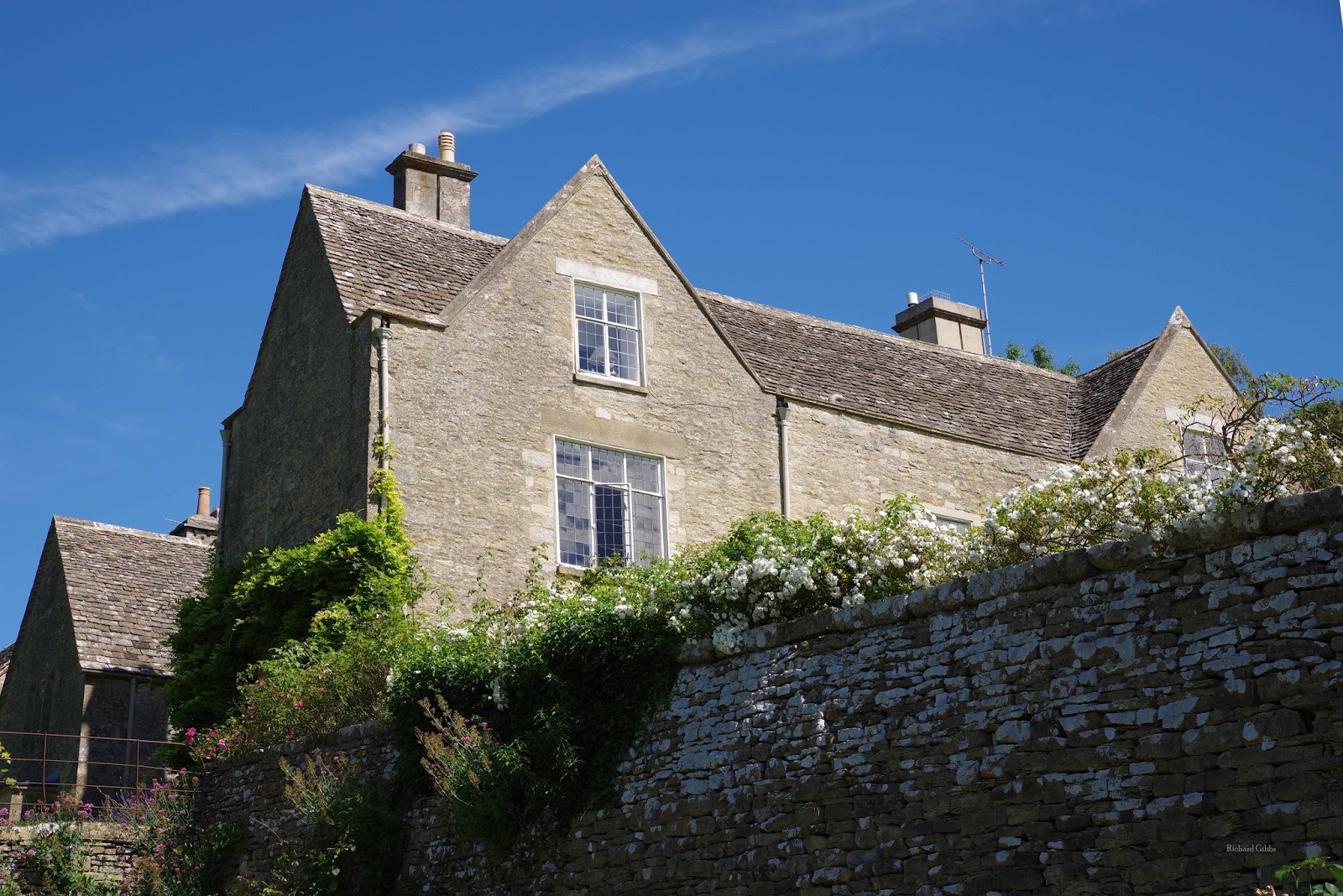 Poetry slips in and out of these valleys and over the hills, hiding under beermats in olde worlde pubs, and engraved on glass panels on the . 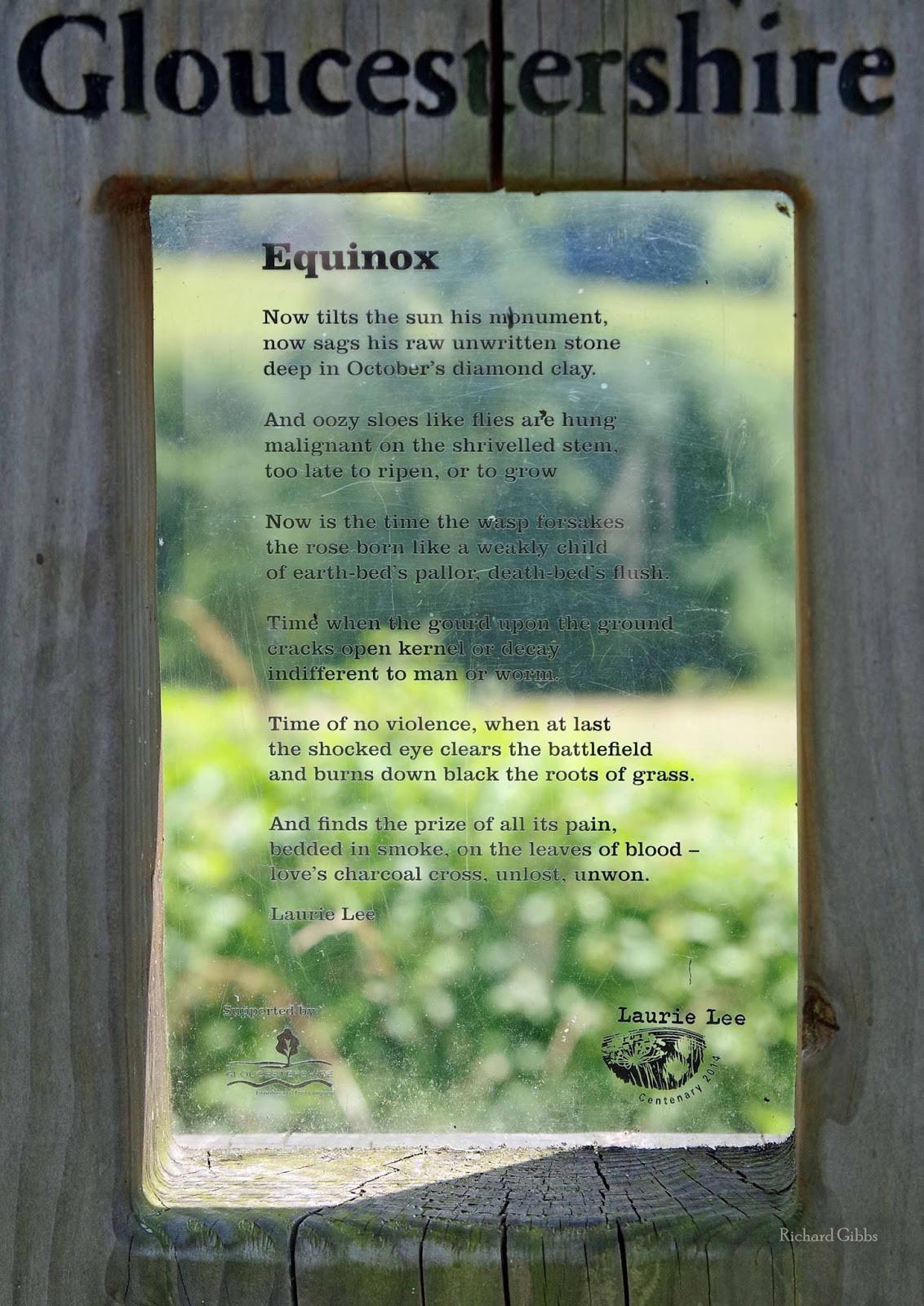 For many people, Laurie Lee, and Cider with Rosie, epitomises the Cotswolds, though the world has moved on and the Slad that Laurie grew up in is definitely no more (please see http://www.richardpgibbs.org/2014/05/laurie-lee-26-june-1914-13-may-1997.html)

To the north of the area, however, near where the Swindon to Gloucester train line now runs, there was once a station at Adlestrop, where on June 23rd 1914 an express train from London made an unscheduled stop.  On board was the 36 year old writer, Edward Thomas, on his way to visit his friend Robert Frost at Leddington near Ledbury.  Thomas wrote in his diary, thro the willows cd be heard a chain of blackbird songs at 12.45, and one thrush and no man seen, only a hiss of engine letting off steam.  The train restarted, and subsequently he composed the sixteen line poem named after the station, though it was not published until after his death in 1917 (for more about Edward Thomas, please see: http://www.richardpgibbs.org/2016/03/edward-thomas.html) :

Yes. I remember Adlestrop—
The name, because one afternoon
Of heat the express-train drew up there
Unwontedly. It was late June.

The steam hissed. Someone cleared his throat.
No one left and no one came
On the bare platform. What I saw
Was Adlestrop—only the name 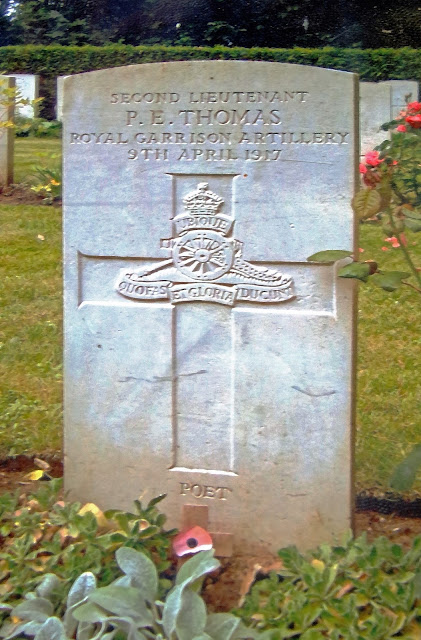 Adlestrop has not changed much.  In fact, apart from the coming, and going, of the railway (Dr Beeching closed the station in 1966 and all that remains is one of the name boards, thoughtfully sheltered under an oak tree) little has changed here since Jane Austen stayed here with her cousins in the Leigh family, later basing Thornton Lacey in Mansfield Park on her visits. 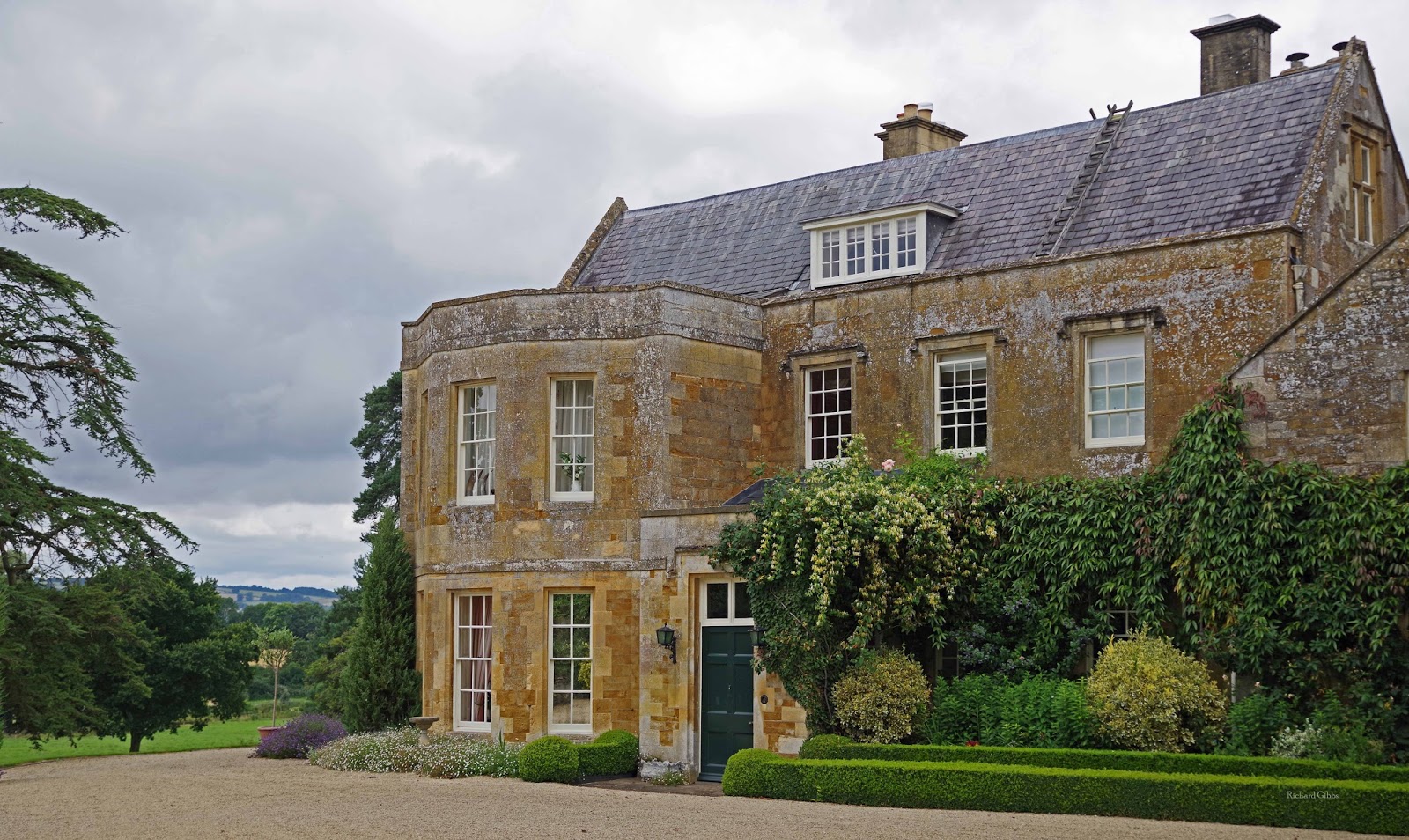 And, apart from the Post Office moving a hundred yards up the lane, and mains water replacing the village tap, the eighty or so inhabitants don’t really want to see more changes.  When my ‘train’ stopped here, briefly, the village seemed to be worshipping quietly in the Church of St Mary Magdalene, the West Door open to the morning, 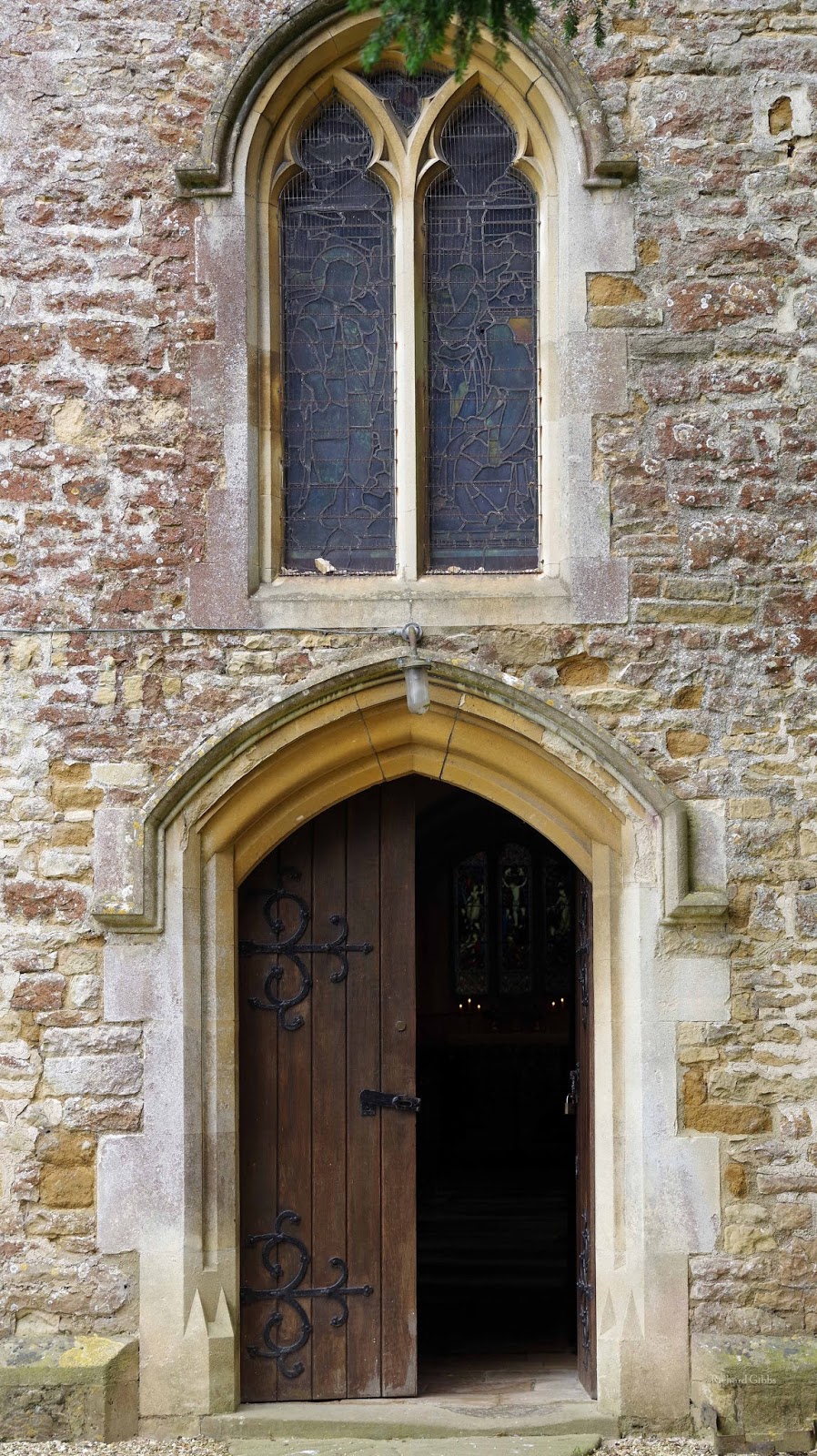 though one of them was enjoying some hay overlooking the gentle scenery….. 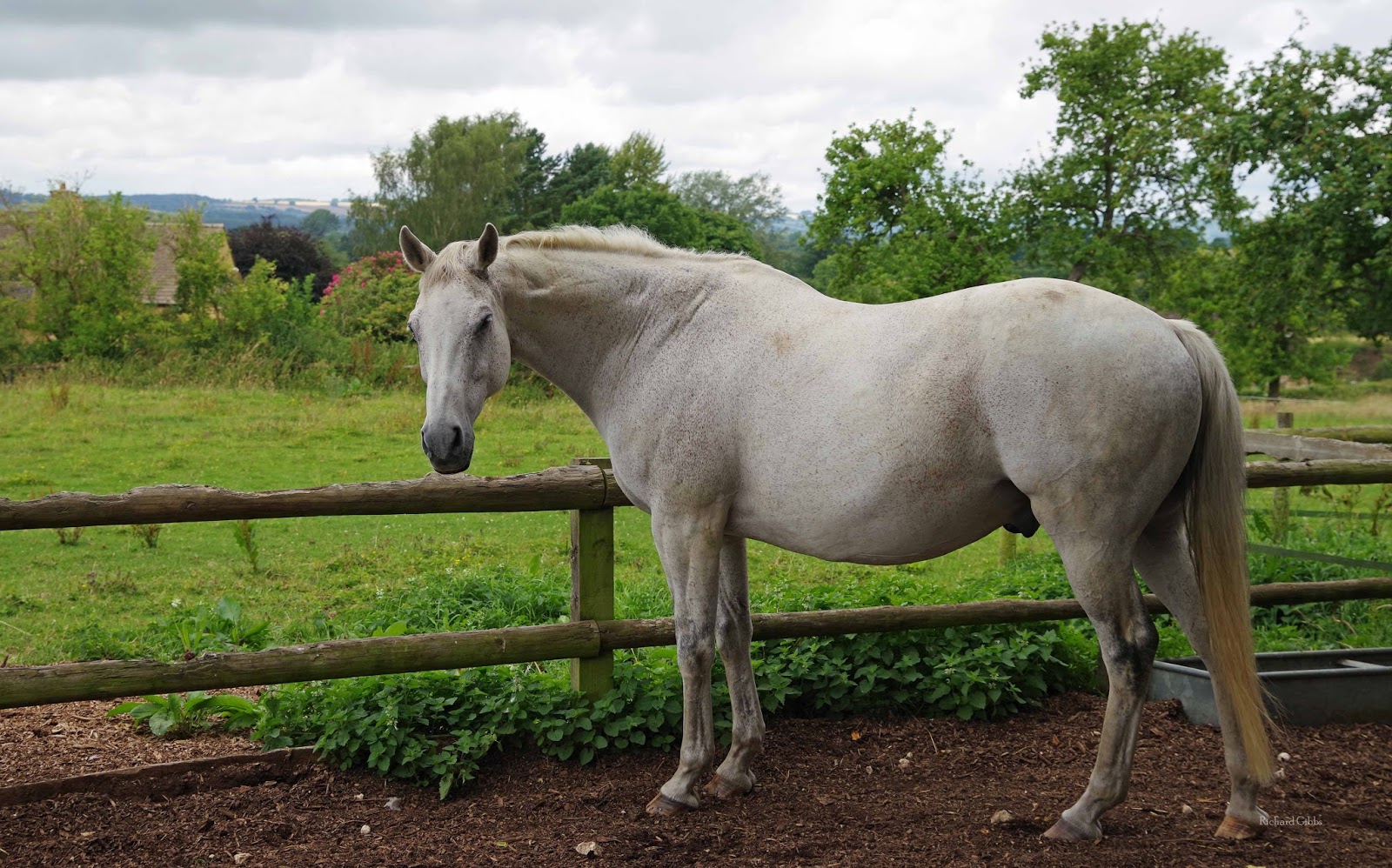 On my way home from the enchanting world of the Cotswolds, I pause for refreshment at the late Presley-fan Debo Mitford (Duchess of Devonshire)’s pub, The Swan at Swinbrook.  This is where local MP David Cameron (who he? Ed.) entertained the 24th President of France, François Hollande, to a ‘working lunch’ in February 2014 – so it must be good for entente cordiale…..  And just up the road, at , not only do layers of the Fettiplace family repose in regal splendour, 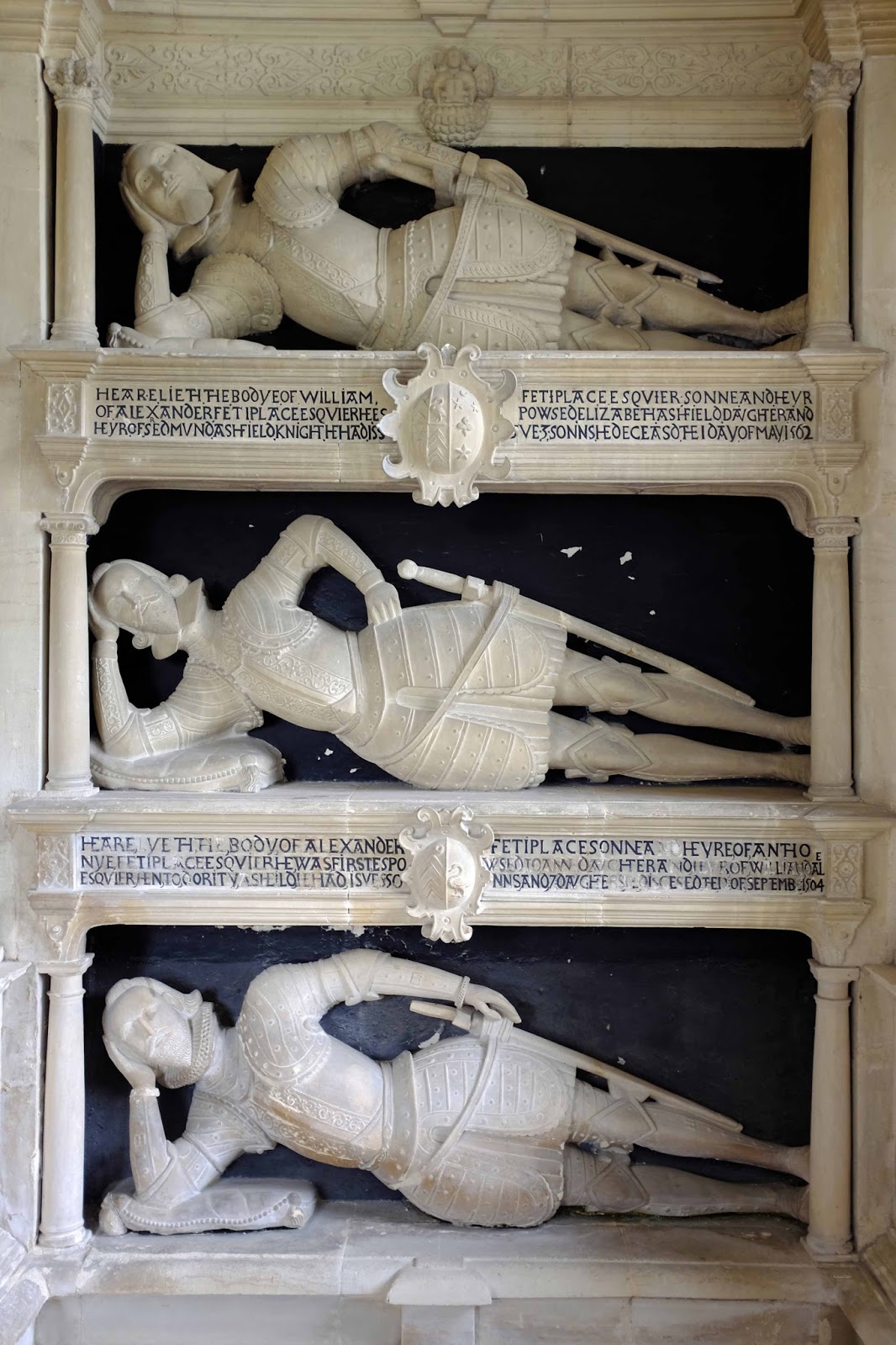 but so three of Debo’s sisters, who grew up round here, also lie:  Nancy, Unity Valkyrie, Diana…. 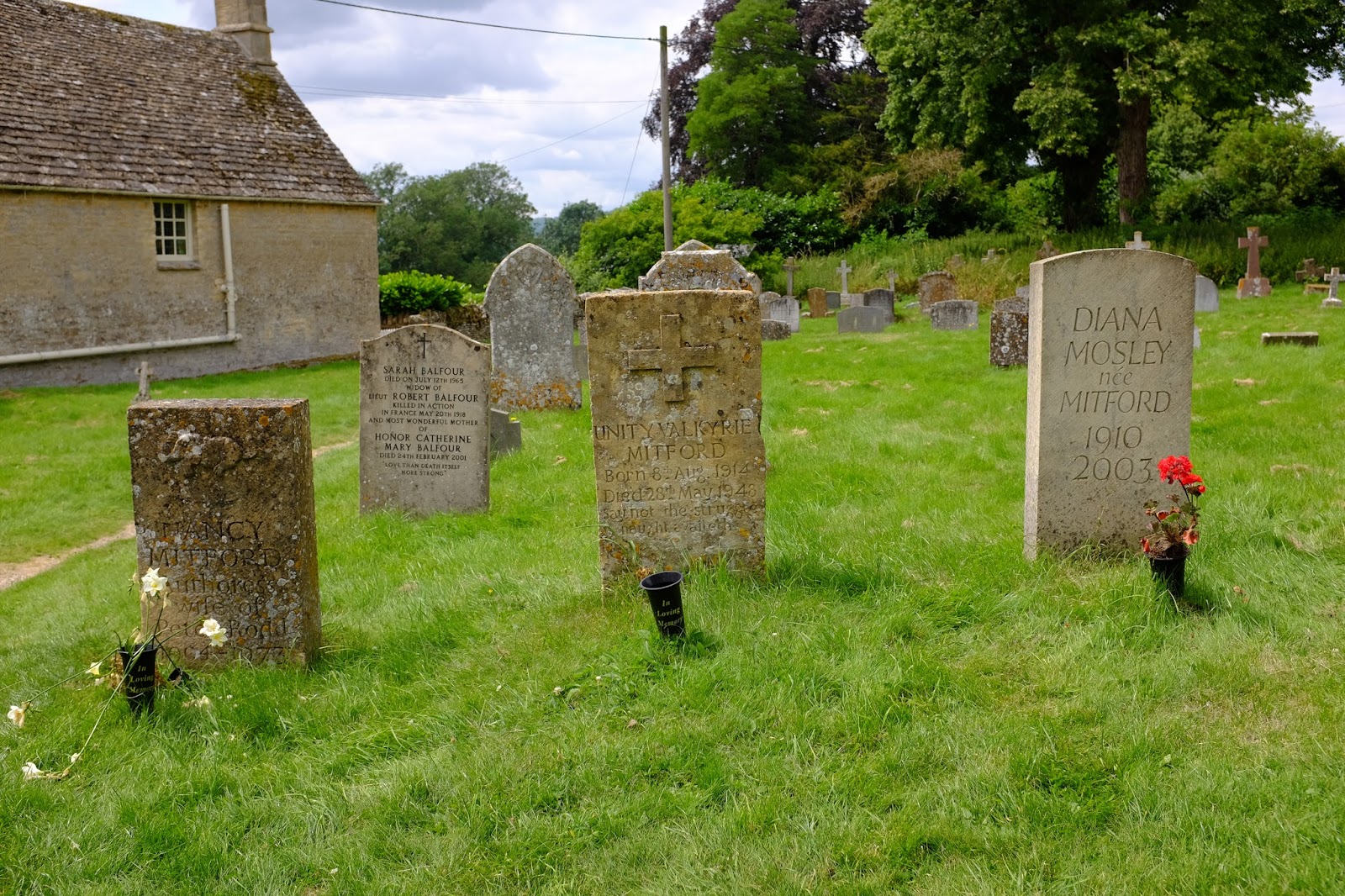 And, with a nostalgic glance over my shoulder, this is where I first came to the Cotswolds, as a boy scout, some fifty something years ago (for more on which, please see: http://www.richardpgibbs.org/2012/06/on-breast-of-river-of-time.html). 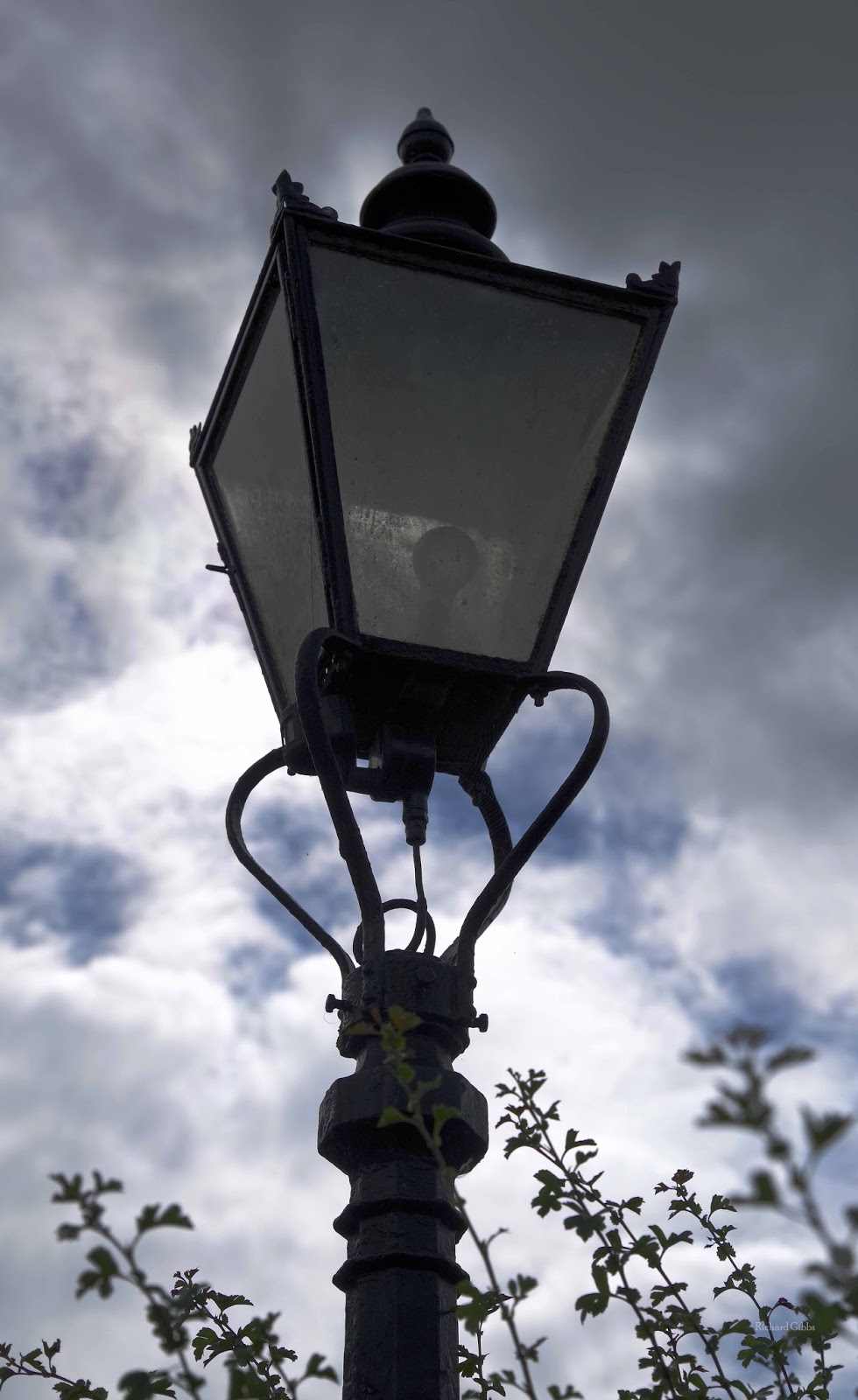 And this, for the moment at least, is where I shall leave this blessed plot, this realm….. 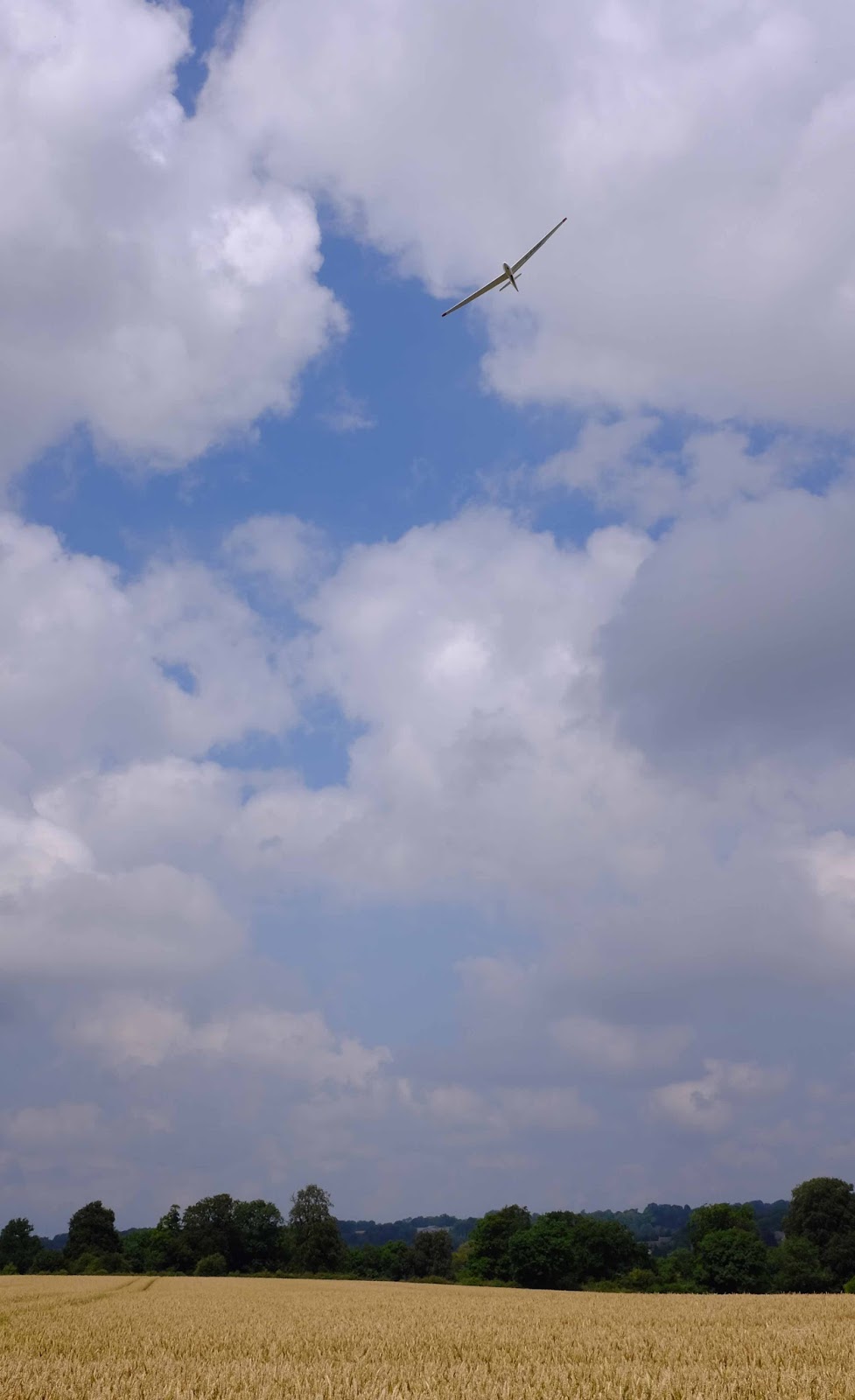 And willows, willow-herb, and grass,
And meadowsweet, and haycocks dry,
No whit less still and lonely fair
Than the high cloudlets in the sky.

And for that minute a blackbird sang
Close by, and round him, mistier,
Farther and farther, all the birds
Of Oxfordshire and Gloucestershire. 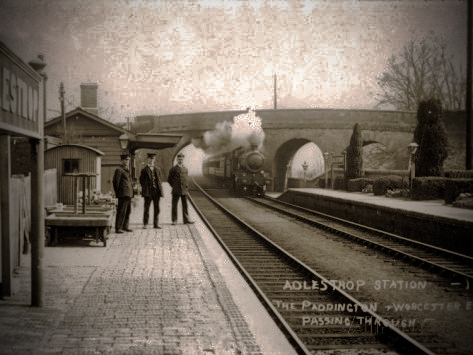 And to-day on the downs, in the winds,the hawks, the grasses,
In blood and air,
Something passes me and cries as it passes.
On the chalk downland bare.

Up on the Downs 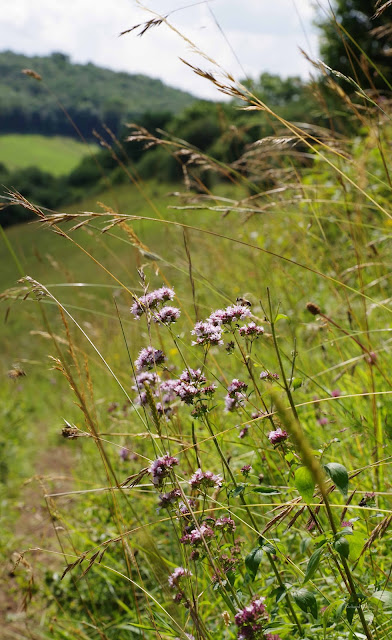