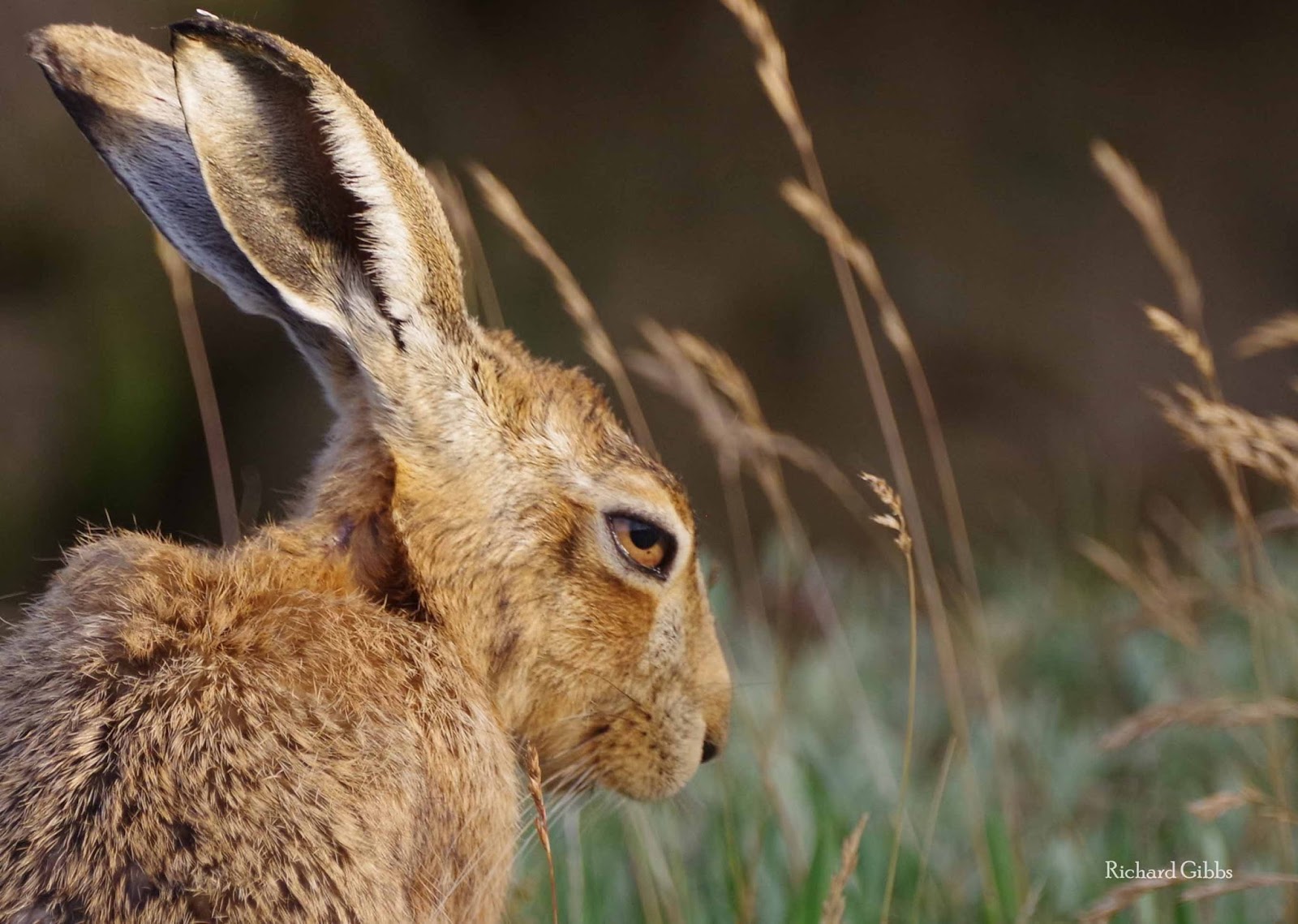 I've had nothing yet, replied in an offended tone, so I can't take more.

You mean you can't take less, said the Hatter: it's very easy to take more than nothing.

Nobody asked your opinion, said . 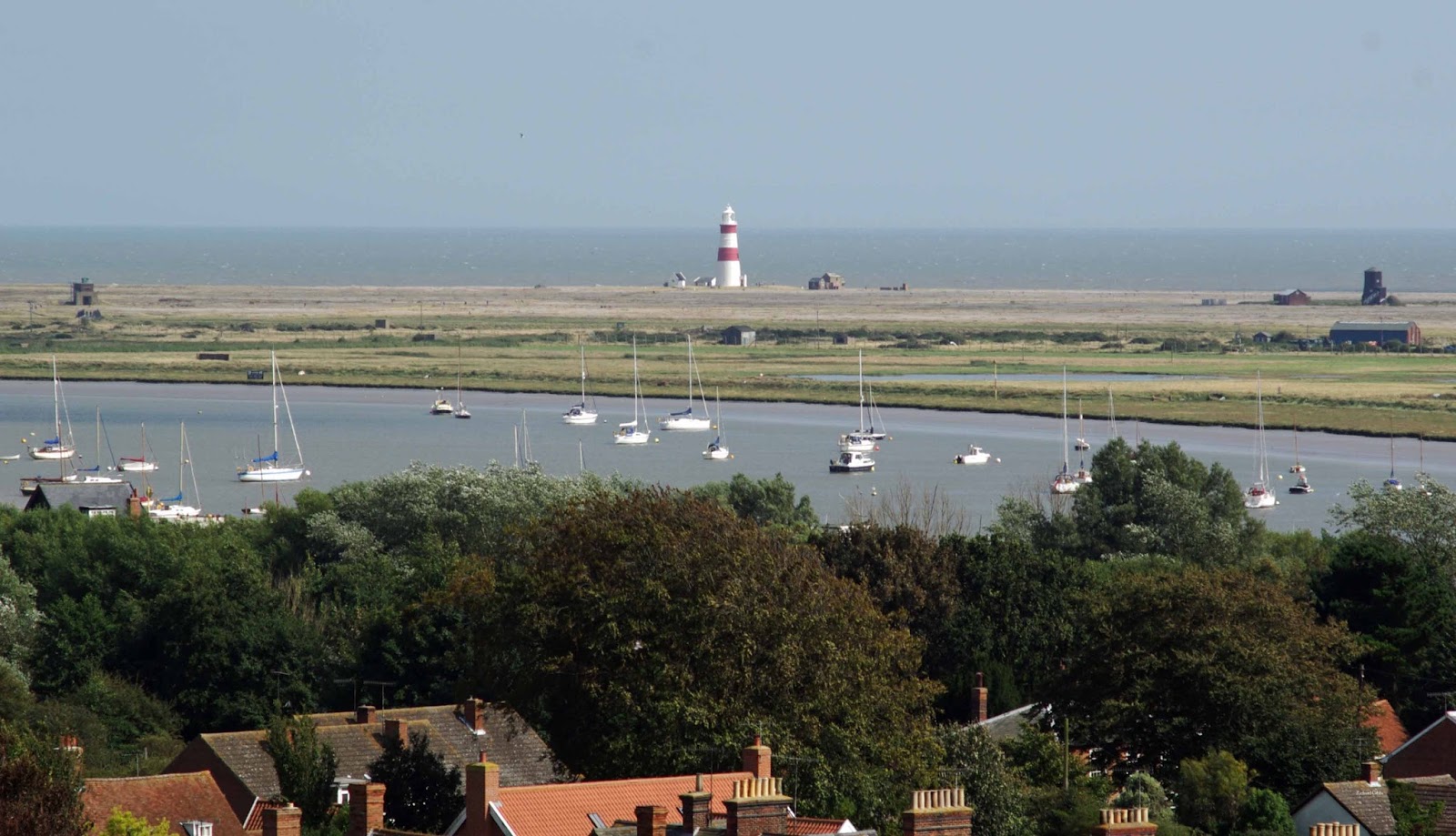 The rivers and Alde form a single stretch of water that winds its way from to Snape Maltings, passing by the towns of Orford and Aldeburgh.  From Orford Quay the National Trust runs a ferry to Orford Ness and the RSPB organises boat trips to the reserve of . 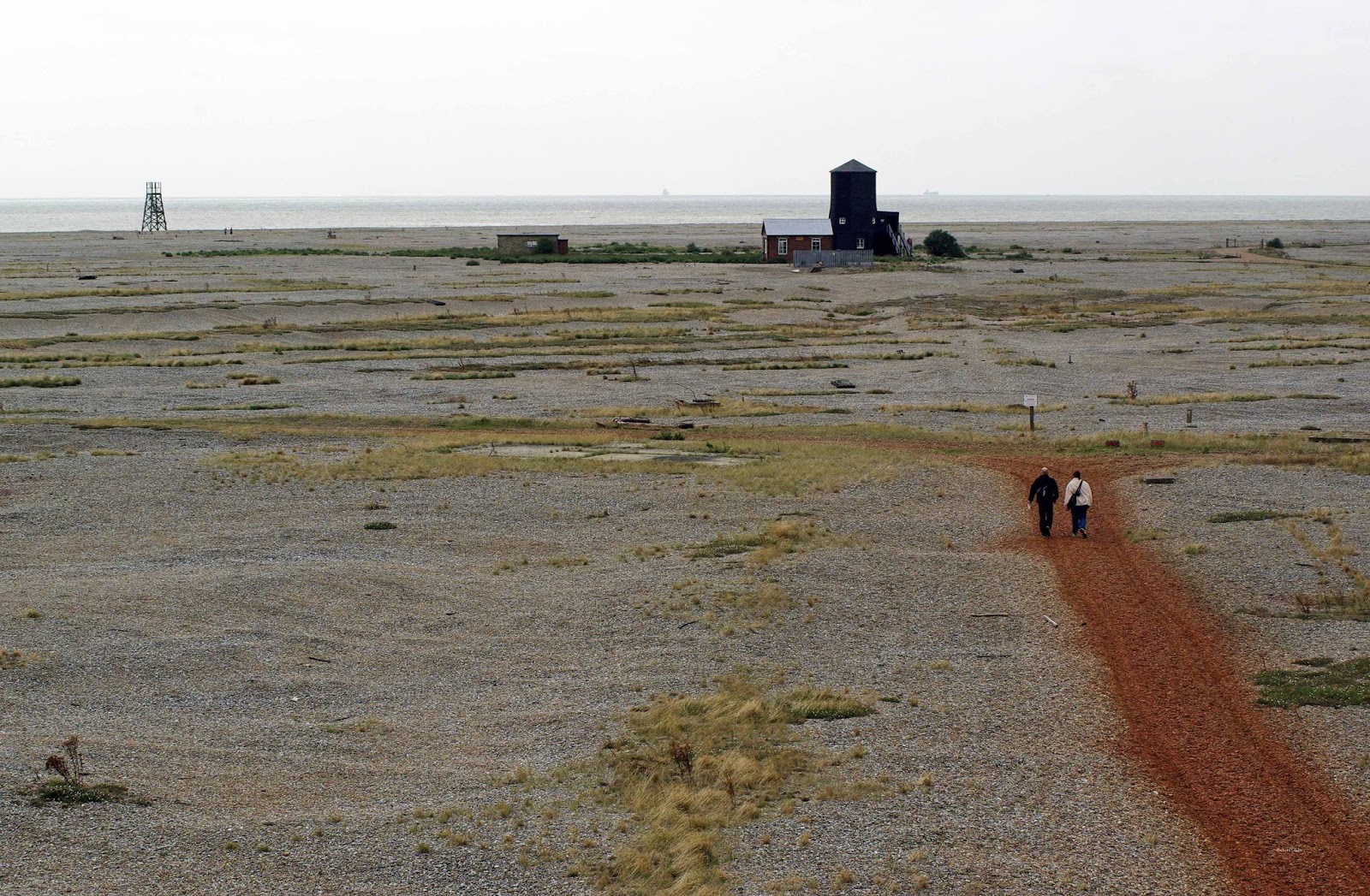 I visited the strange world of Orford Ness some years ago, poking my nose into concrete bunkers and scrunching over banks of shingle.  It’s a sinister place, just past the centenary of its involvement in warfare, from when it was purchased in 1913 by the War Department.  At the end of World War I there were over 600 staff living and working on the site, not to mention a number of POWs…. 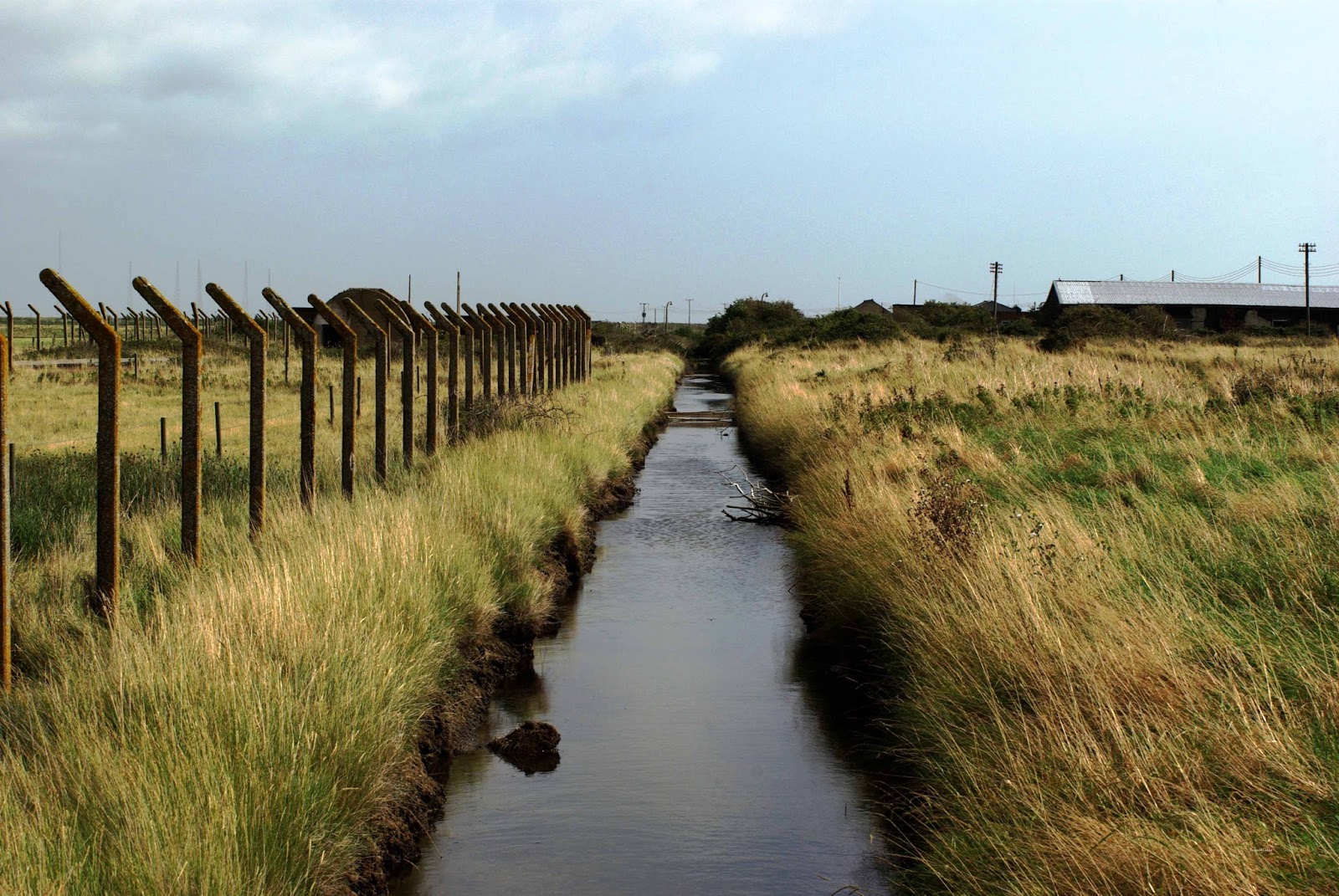 In WWII it was the province of the RAF, though they brought in many lay-scientists.  Bomb ballistics were the priority, with work here contributing to the 22,000lb earthquake bomb, but it had also seen Robert Watson Watt’s development of an aerial defence system in his ‘Ionospheric Research Station.’  This led to the creation of Chain Home Radar stations (which directly affected the outcome of the Battle of Britain, and my own father’s career in the war – please see  http://www.richardpgibbs.org/2013/02/a-war-in-italy.html for more on this.)

At the height of the Cold War the Atomic Weapons Research Establishment (AWRE) and Royal Aircraft Establishment used Orford Ness for developmental work on the British Atomic Bomb (Blue Danube), which involved the creation of the iconic concrete Pagodas (and a complex of developmental experiments on G forces, resistance to temperature extremes, shocks and Ore).  The AWRE ceased operations here in 1971, though in the meantime the Anglo-American System 441A, ‘over-the-horizon’ (OTH) backscatter radar project, known as ‘Cobra Mist’ was initiated here, in a building which still shelters the BBC Word Service transmitters (and nothing else?  Still very secret....)

The MOD continued to have a Bomb Disposal unit based here until 1986.... 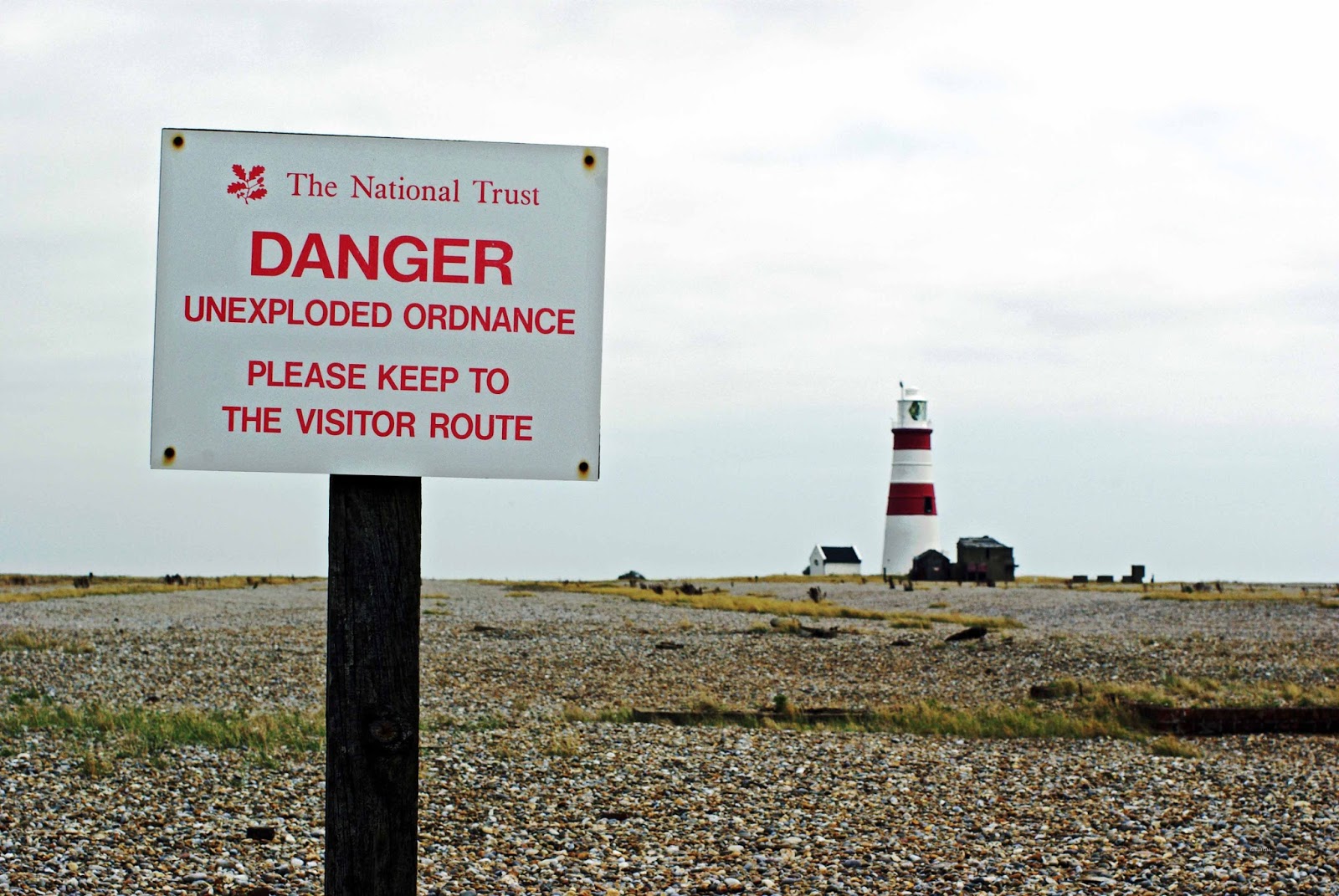 As the National Trust’s own pamphlet states, Orford Ness is emblematic of not only the Cold War, but also of the whole of the 20th Century warfare.  During this period the systematic application of weapons and warfare resulted in the ability of one country to subject an opponent to the threat of ‘total war’ across oceans or continents.  This came to be known as MAD – Mutually Assured Destruction….. a concept which divides political leaders to this day.

On this occasion I am bound for a night on Havergate Island, eschewing War and seeking Peace, though in the company of MAD brown hares. 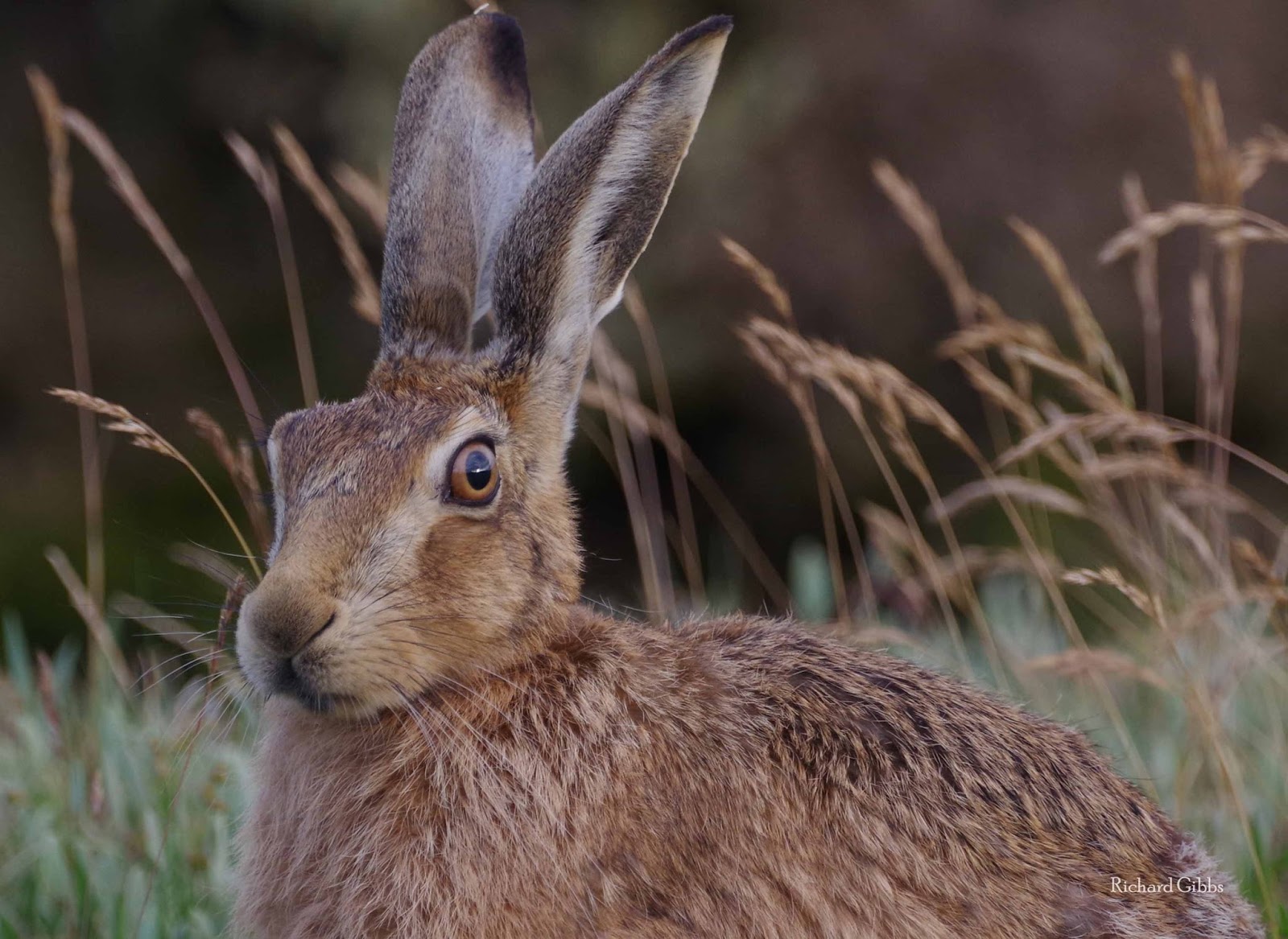 I am in good company.  We are a select group of keen amateur photographers, tutored by professionals, organised by Wild Adventures under Suffolk’s Skies which works together with the RSPB.

The weather forecast is uncertain, but we remain dry.  The evening light is lovely, the sun streaming across the sea lavender and tussocky grasses, and, as hoped for, we soon find a hare or two that don’t seem too mad for now.

In fact they are at peace – the only predator here has been a fox from the mainland with an Olympic swimming pedigree.  For a moment I see Albrecht Durer before me, drawing his famous Feldhase in 1502. 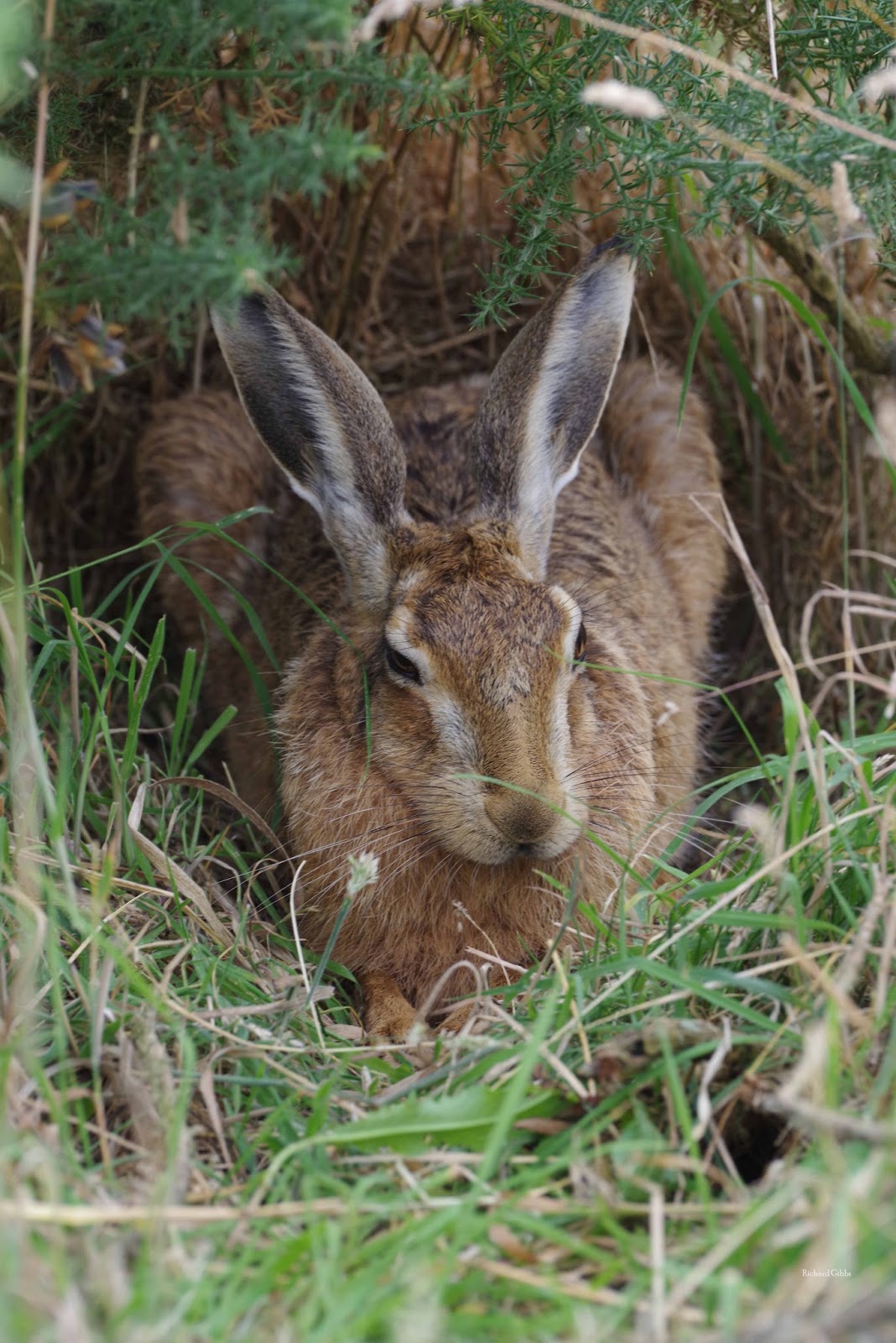 With a three-quarter moon rising, I work on catching lesser black-backed gulls against it, though they seem luna-shy, and veer away just before coming into line.

The light fades, and the colour leeches from the  land- and water-scapes.  Jeremy demonstrates ideas for landscape photography, and I enjoy experimenting.

Then, as darkness falls, we gather round the barbecue for a mad-hatter’s tea party.  I like islands. This one formed as Orford Ness grew southward, causing sediment to accumulate at the mouth of the .  Then, about five hundred years ago, farmers built an embankment around the land to inhibit flooding.  Crops were grown, and livestock was brought over to graze, initially by swimming them across at low tide, then later, until the second world war, by barge.

During the war years, while Orford Ness was busy, Havergate was neglected, and it became partially flooded.  In 1947 the first avocets to breed in for a century were discovered here, and in 1948 the RSPB bought the island, eventually using the avocet as its symbol.

I like islands, and this one, with no electricity, no traffic, and far from the madding crowd, is a place of peace.  [OK, it may be beyond practicality to take up residence here, but it has its attractions, despite the fact that I also like belonging to a greater conglomeration.  Life's a Russian Doll sometimes!] 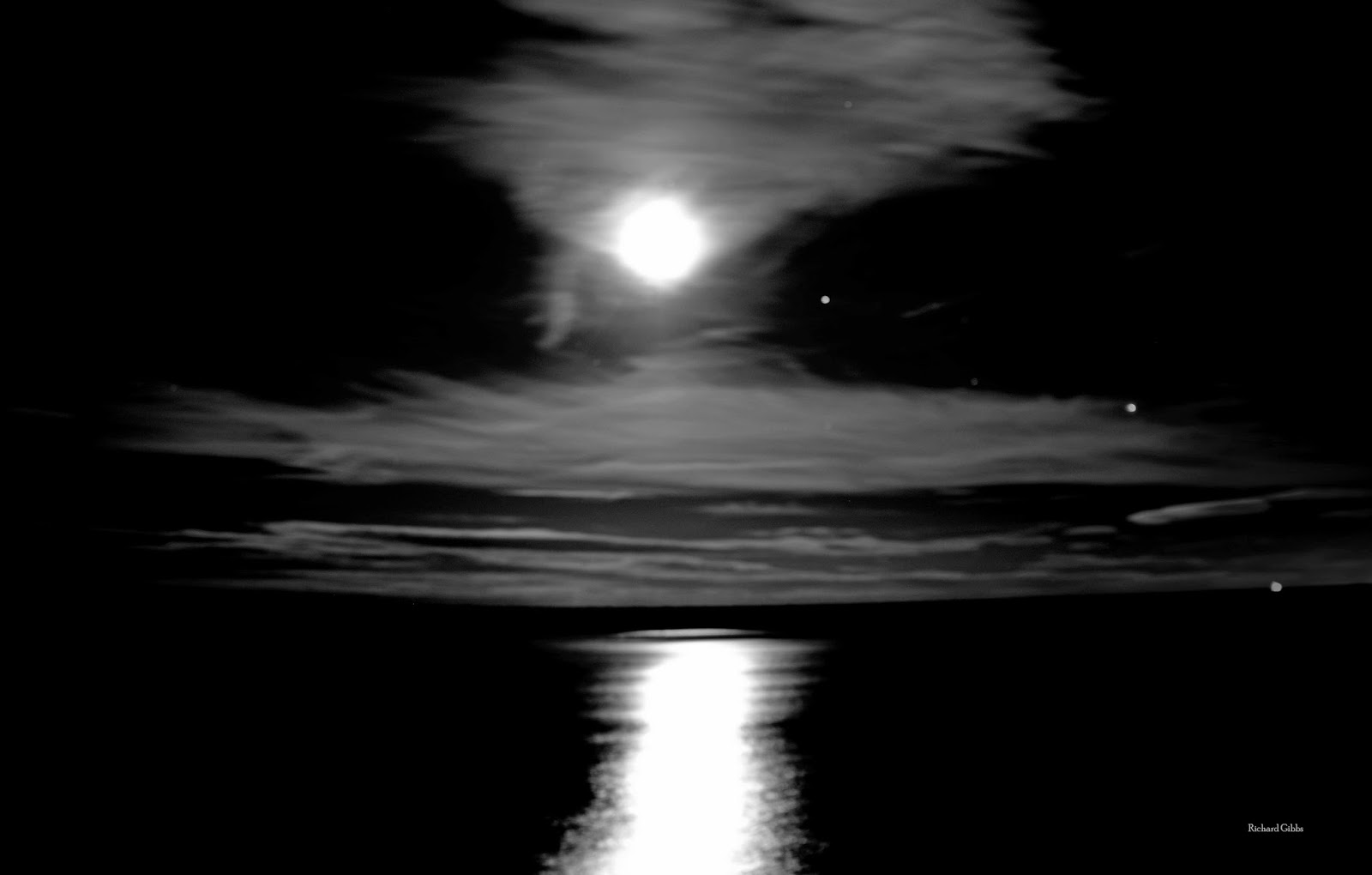 I hardly need have brought my tent. Not only does it not rain, but it is very warm, and day breaks almost as soon as I have zipped myself in.  A yellow band briefly illuminates the dark clouds.  Gulls and waders, who don’t seem to have slept at all, are newly excited at the increased visibility.

But the sun doesn’t rise [also].  A narrow bloody splodge at the horizon is a momentary signal,

And then Aurora stretches out her rosy fingers, and the pagodas on Orford Ness come into view, reminding me how close we are to concrete and the scars of conflict.

The sky fills with light and cloud, a flowing series of colours and shapes.  Avocets and redshanks are now busy feeding, egrets and herons fish the shallows, meadow pipits and corn buntings flit among the bushes, while a flock of tearaway young starlings scour the hedges.

At the south end of the island the lesser black-backs are still rearing their chicks and they dive at me relentlessly when I get too close, their red-rimmed eyes fearful that I may bring harm.  Kevin advises me on camera technique, though the birds seem not to appreciate my practising.

And so, all too soon, it is time to strike the tent, pack up and clamber aboard the little ferry boat back to Orford Quay.  Leaving peace behind, but passing the remnants of war on the way, our group returns to reality, to the balancing acts that daily life entails.  I hope that the hares on Havergate, and Orford Ness, will continue, under the protection of DEFRA, with funding from the EU LIFE-Nature programme (?) and with the stewardship of both the National Trust and the RSPB.

As the RSPB website (currently) advertises, The Alde-Ore estuary is important for many species of European importance. Because of this, a new EU Life+ funded project has been set-up to sustain and enhance the habitats and species at Orford Ness and .
This new project builds on work supported by previous LIFE grants and work already carried out on by us at and The National Trust at Orford Ness.

I do hope that the work will continue and that future generations will be able to enjoy peace here, and to compare it with the ugliness of war.  I hope this is not too much to ask.

In fact, we need more of this sort of tea party.  More peace like this….

I know that nobody asked my opinion, but…..

Thank to the hares, and thanks to my fellow castaways, 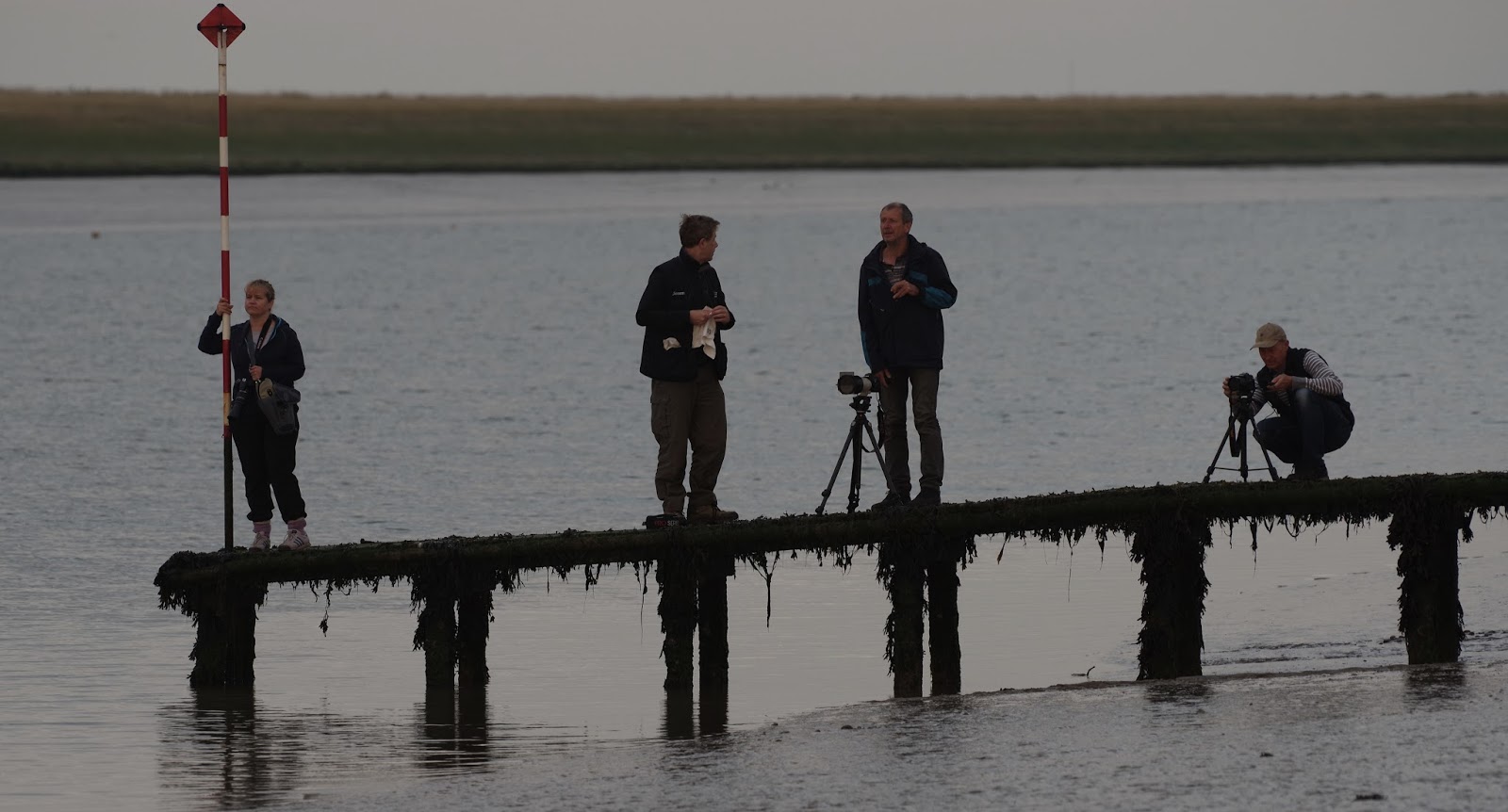 And very many thanks to Jeremy Hennell James, Kevin Sawford and Monika Koch.

For she's here only for a moment,
Durer's Hare;
the frame can barely hold her.
Her shadow is a shifting thing,
slippery as a raincloud in wind,
and even as you look,
twitches to be gone 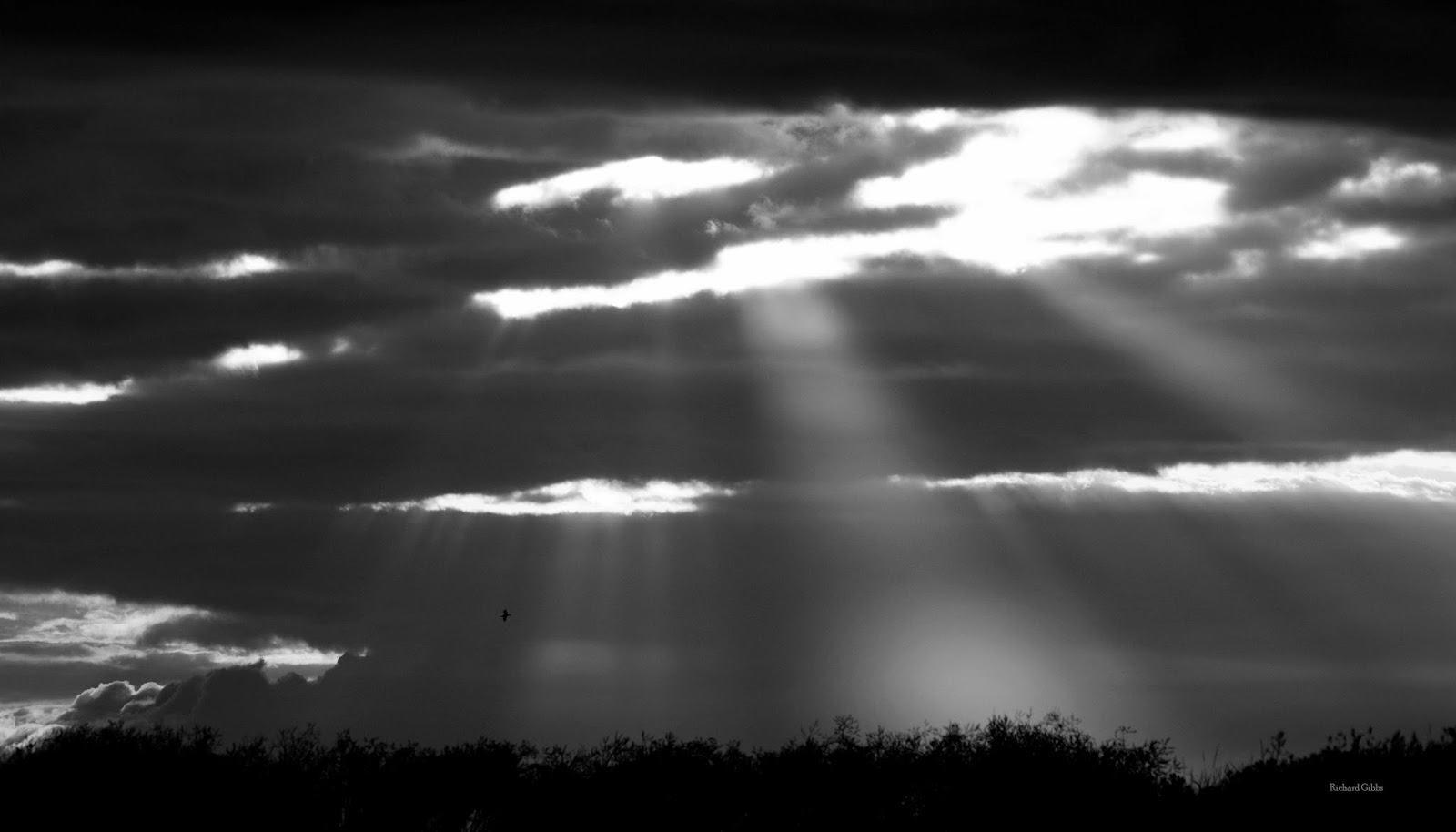 [Located approximately 800m to the east of the Vibration Test Buildings, the Hard Impact Facility was built by late 1962, in which a weapon, minus its fissile core, was propelled by a rocket powered sled against a concrete wall. It comprises a reinforced concrete wall orientated south east to north west with a battered rear to the south west; this side also has an extended tank at its base now infilled with shingle.....] 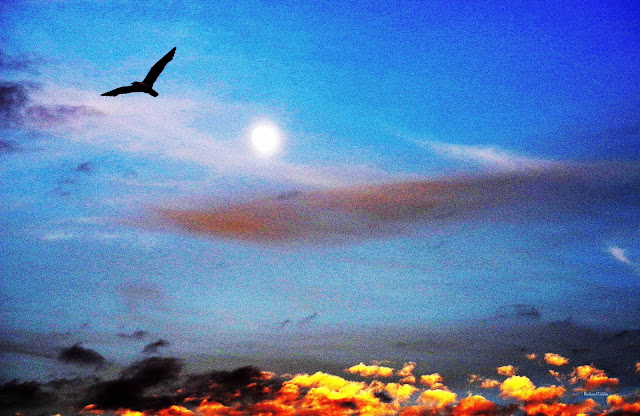