I am bound for Coquet Island, a mile off the coast of Northumberland, just out from Warkworth (Amble) Harbour. 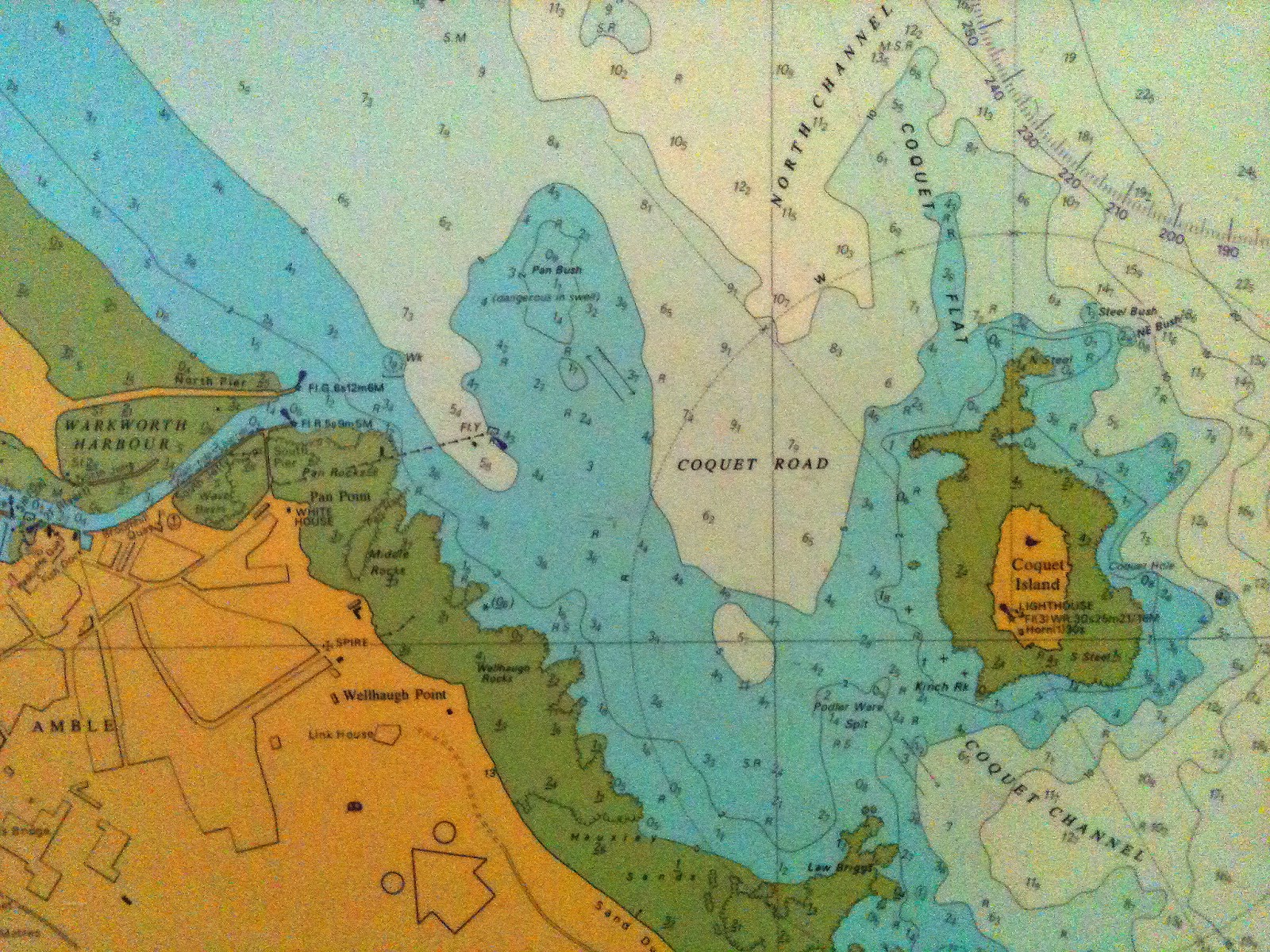 It's only a ten minute bounce across the waves in the RSPB RIB (Rigid Inflatable Boat), expertly piloted by Paul Morrison, the Warden of Coquet, but, as with Alcatraz, the rocky and turbulent waters would not make an easy swim back to shore.

I say I am bound for Coquet, and the word is apt in its connotations of contract and commitment, as well as that leaping idea that fits the boat's forward movement so well. I have committed to a fortnight's voluntary work on this tiny scrap of rock, and once dropped off there is a real chance that I could be stuck there for weeks, as the wind and tide can combine to prohibit any landing.

I already dream of helicopters. 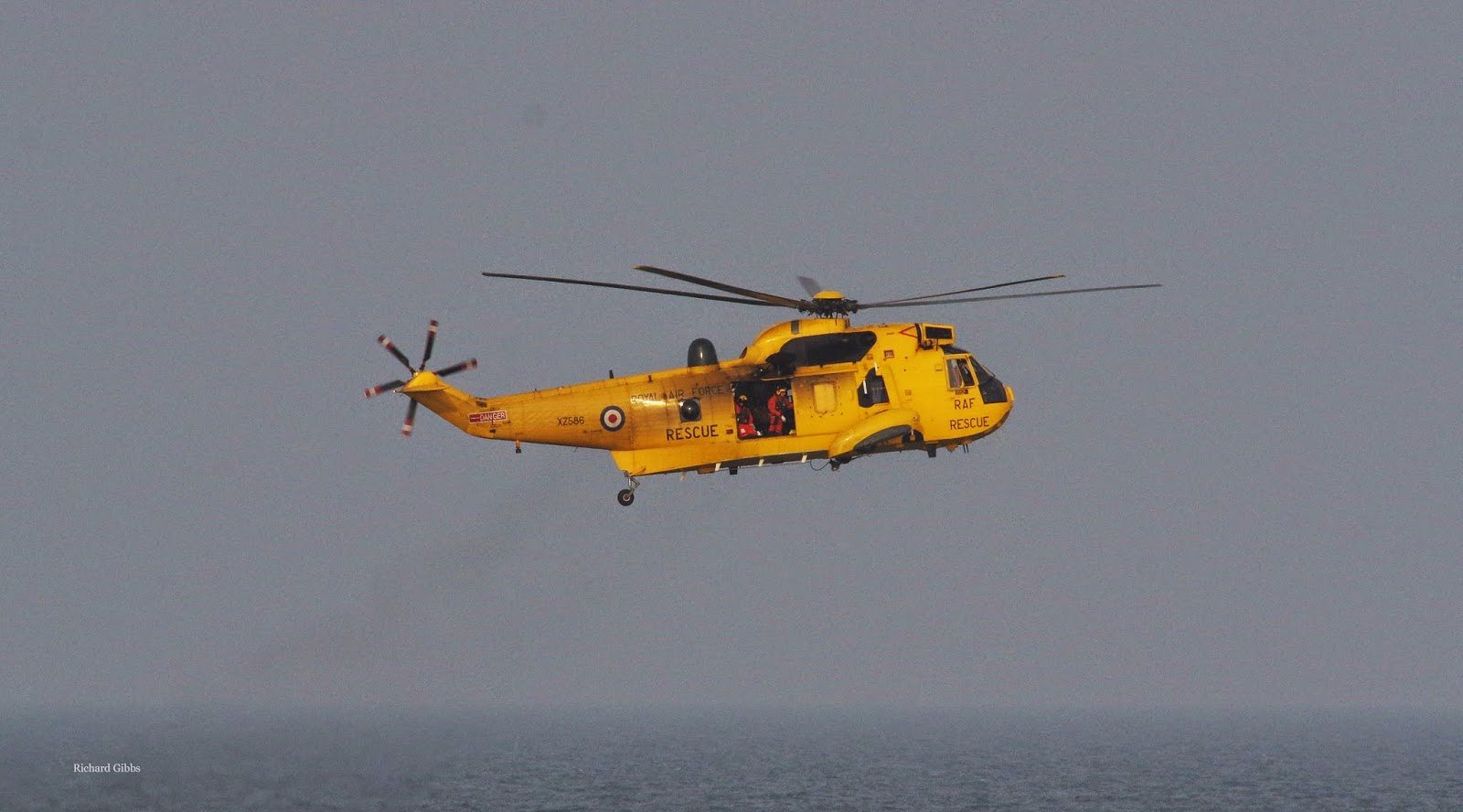 But it's birds I am there for, even though the real stars of Coquet, the Roseate Terns, and their support act, the clownish Puffins, have all long since flown.

In the breeding season, which is roughly April to early August, there can be as many as 35,000 nesting seabirds on this four hectare (less than one mile circumference) island, and so visitors are not allowed (there is nowhere to step!) and the Wardens and volunteers keep watch, both from hides and via CCTV.

This is to ensure that no one disturbs the birds nor steals rare eggs - surprisingly still a threat to this colony of Roseate Terns, which is the only one in the UK.

And so, once landed, I am Crusoed - though to be fair there are three of us: me, Wesley, the Assistant Warden, and Lee, like me a temporary volunteer. Even so, there is a real sense of isolation as the sun goes down.  There is no traffic, no TV, no running water, and as the moon rises there is a curious feeling of being adrift in space. 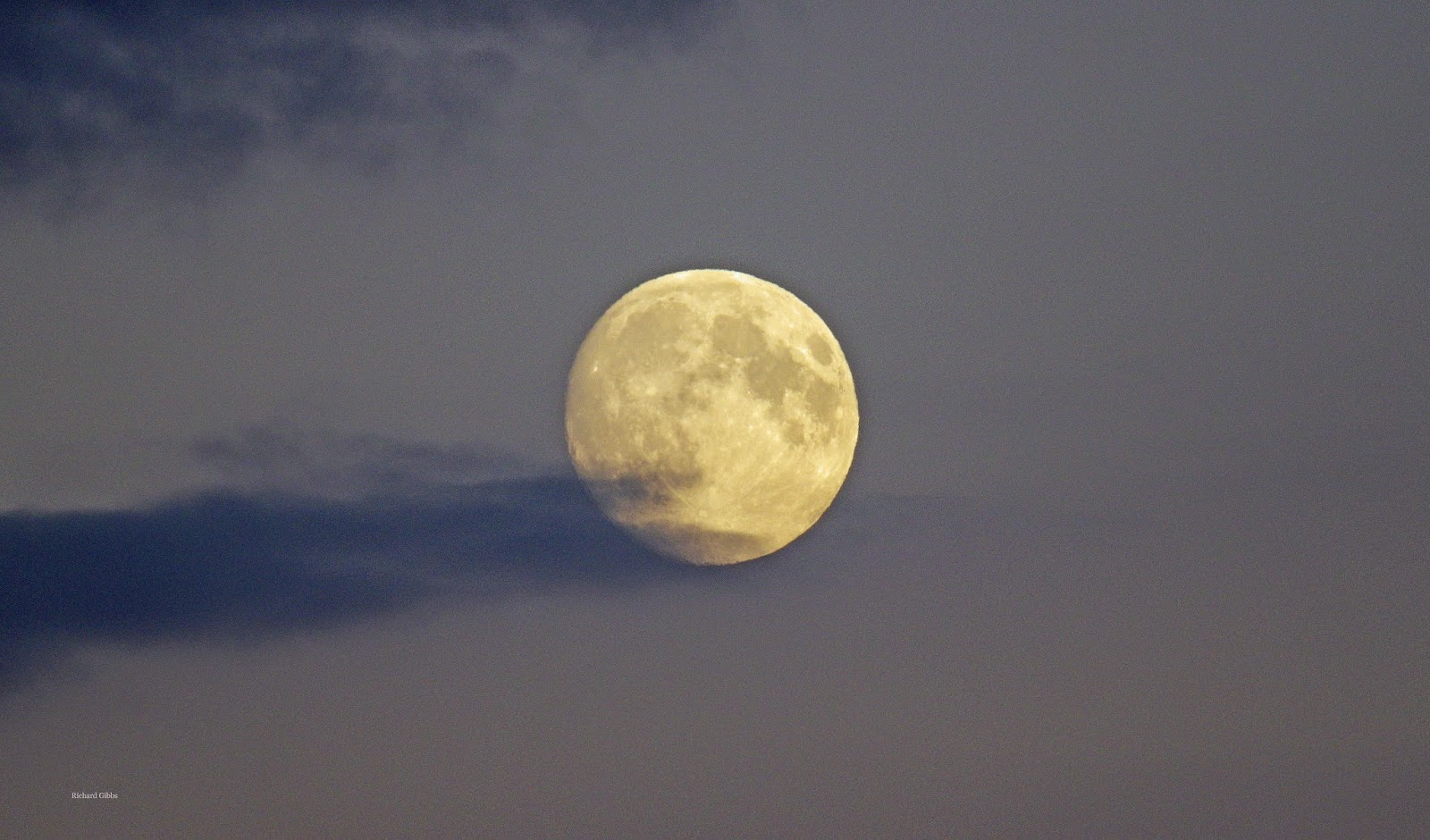 The work at this time of year is principally to manage the habitat so that it will be suitable for the return of the birds next spring (rooting out nettles and thistles, cutting and raking hay) and also to clean, preserve and store away the nest boxes for the Terns (remarkably they return - from wintering in Africa - to the exact same spot to nest each year, and some live for up to thirty years!)


But there is also time to explore and to observe the natural world, which is by no means dormant...... More than fifty pairs of Fulmar breed here too, and I find one young one on the rocks, waiting for the tide to lift him off (they cannot take off from the ground).... 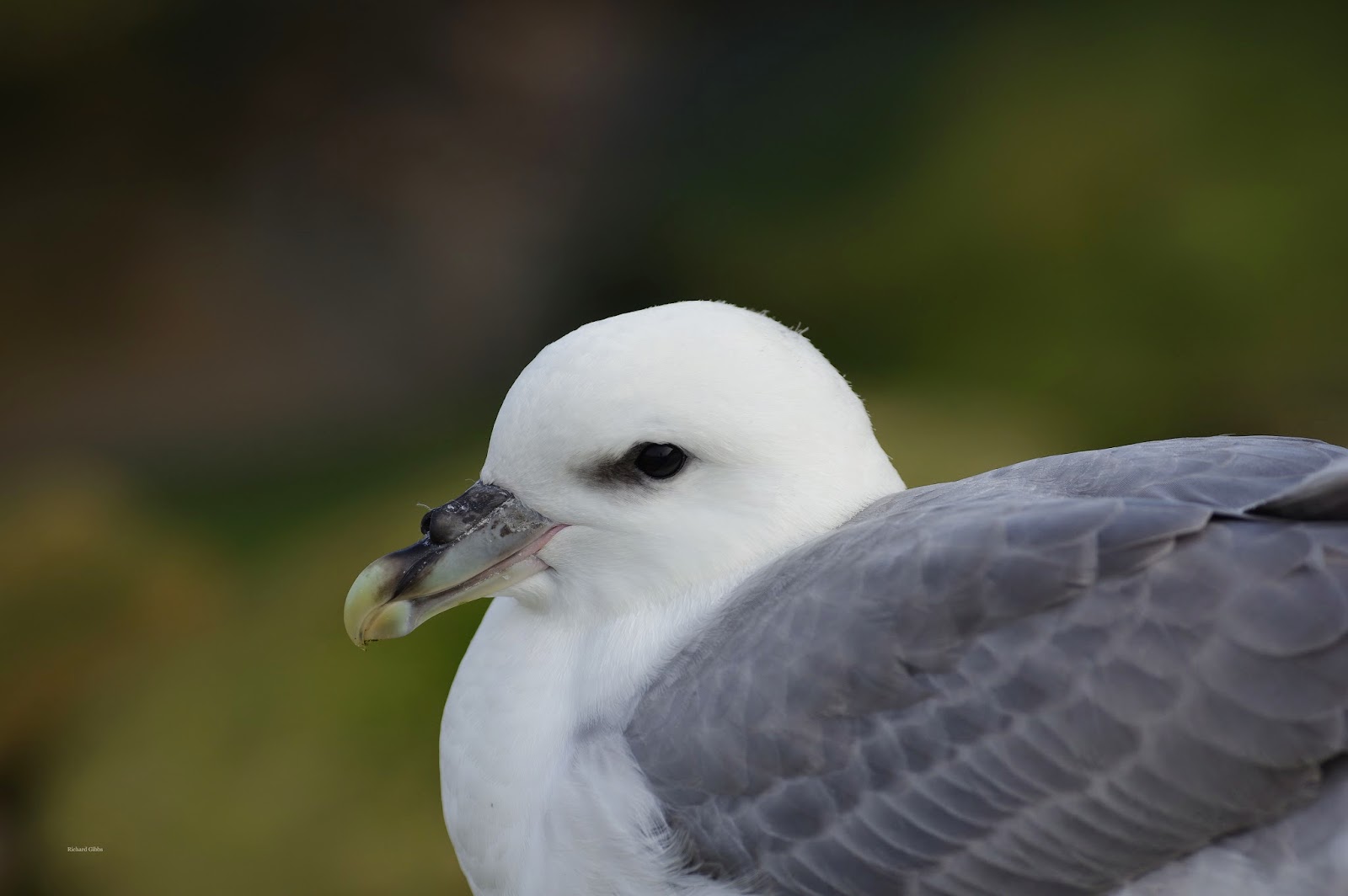 And I try to photograph these relatives of the Albatross in flight, as they swoop low past me at jet fighter speed, their wings locked, their eyes fixing me for a moment in a mixture of curiosity and menace..... 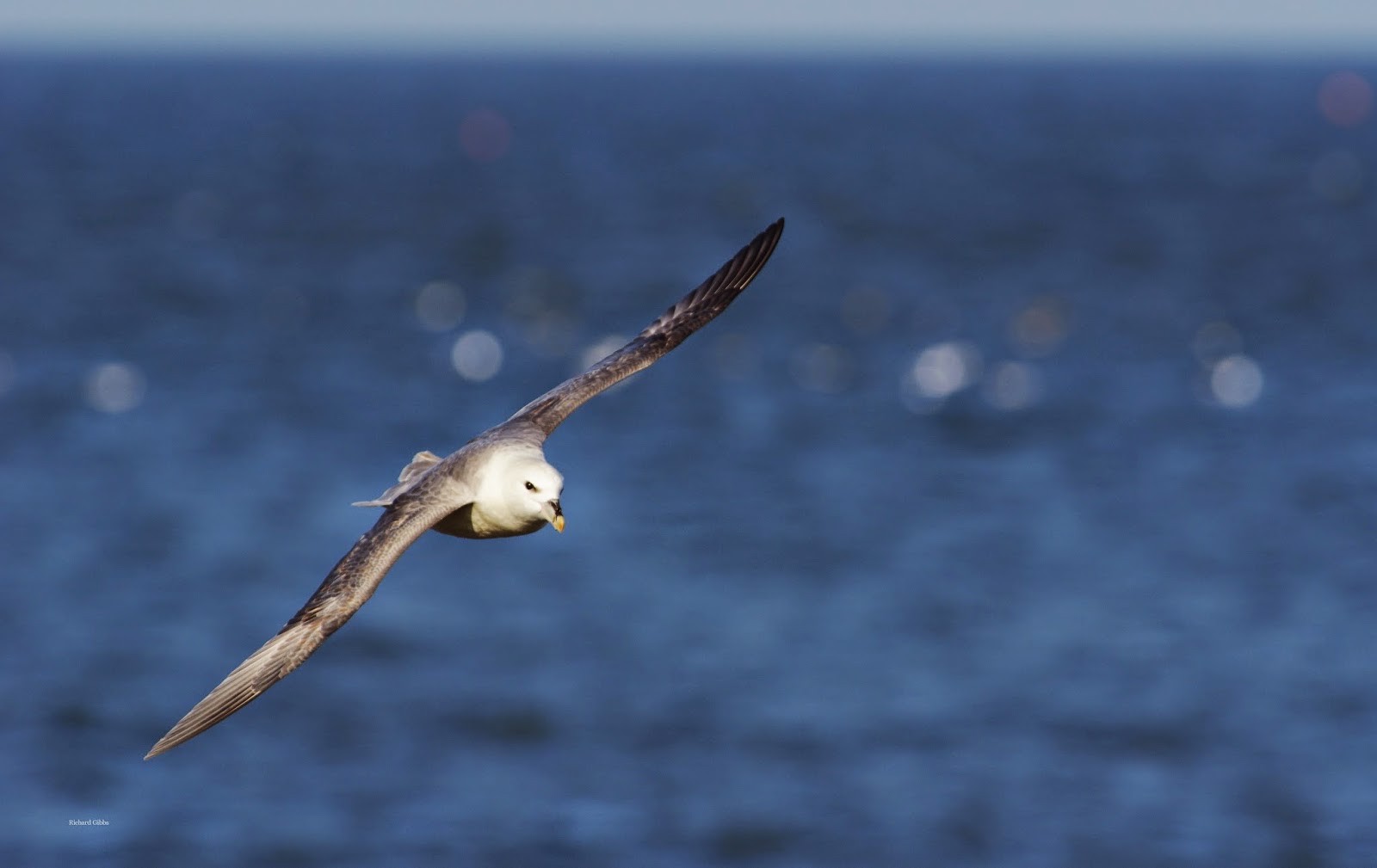 I count a total of fifty species of birds during my stay, with the most numerous being gulls, Oystercatchers:

Purple Sandpipers and Dunlin who seem to enjoy passing the time watching the waves: 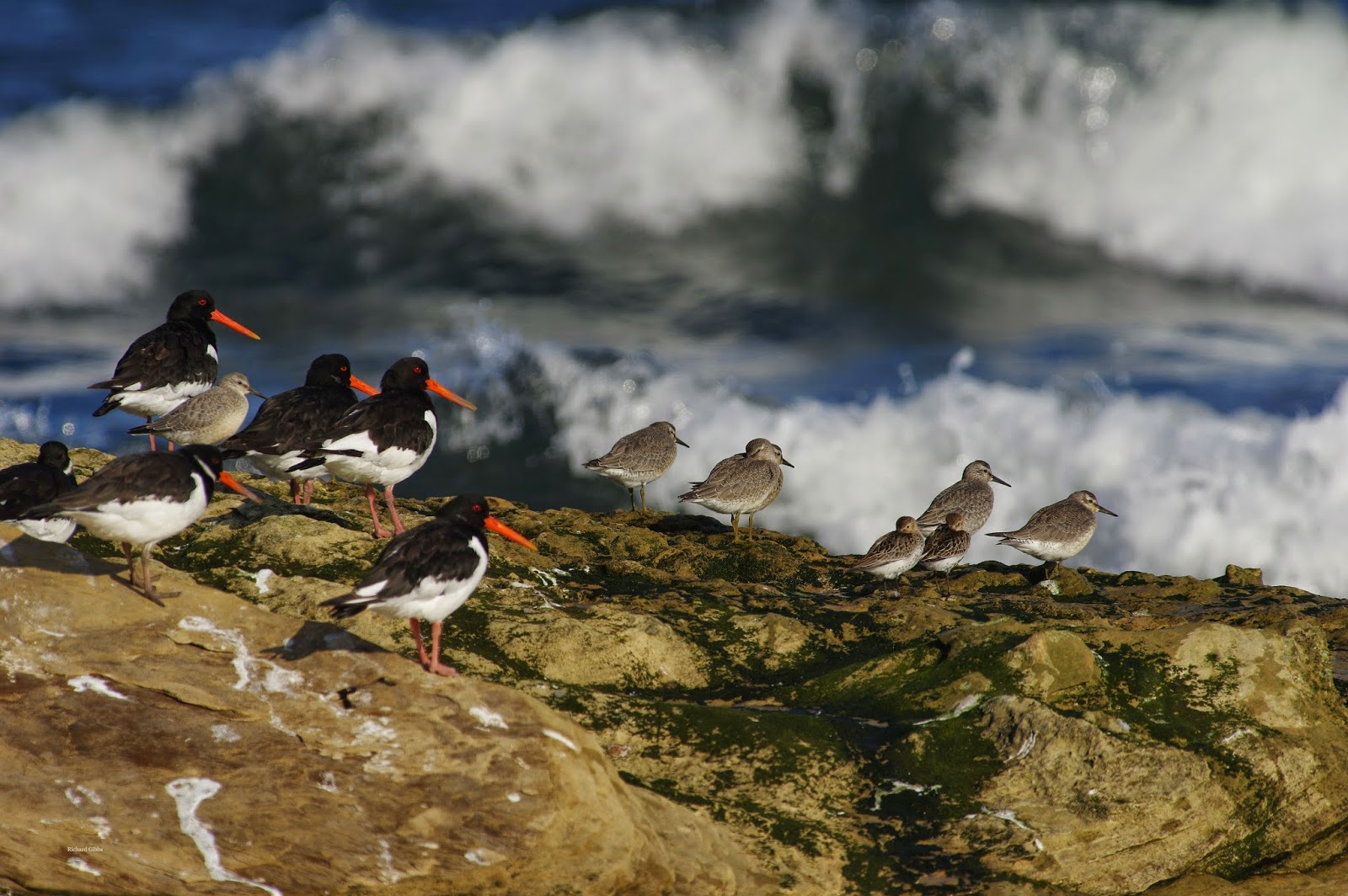 But there are Herons too, And numerous Shags, flying dinosaur-like low over the water, then hanging their wings out to dry (to be super fast but also to achieve great depth under water - they typically dive to thirty metres, their feathers, unlike most seabirds, are not waterproof)..... 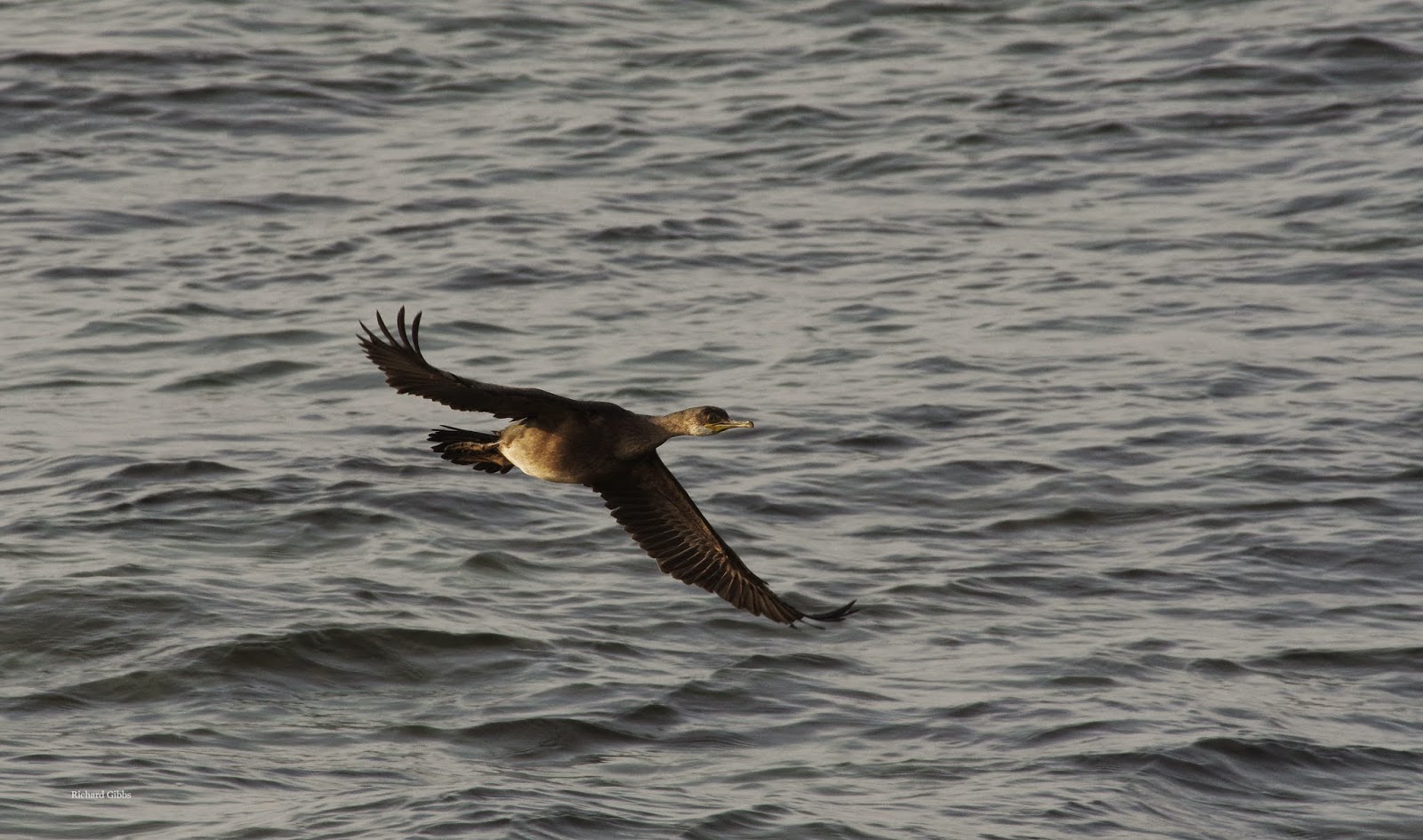 And, though there are few trees of any description (Elder being favourite) there are numerous other varieties, including swallow, robin, such migrants as this young Willow Warbler (I think - please correct me if I have erred....)

Rock Pipits hop about the shoreline, as well as the new-mown hay: 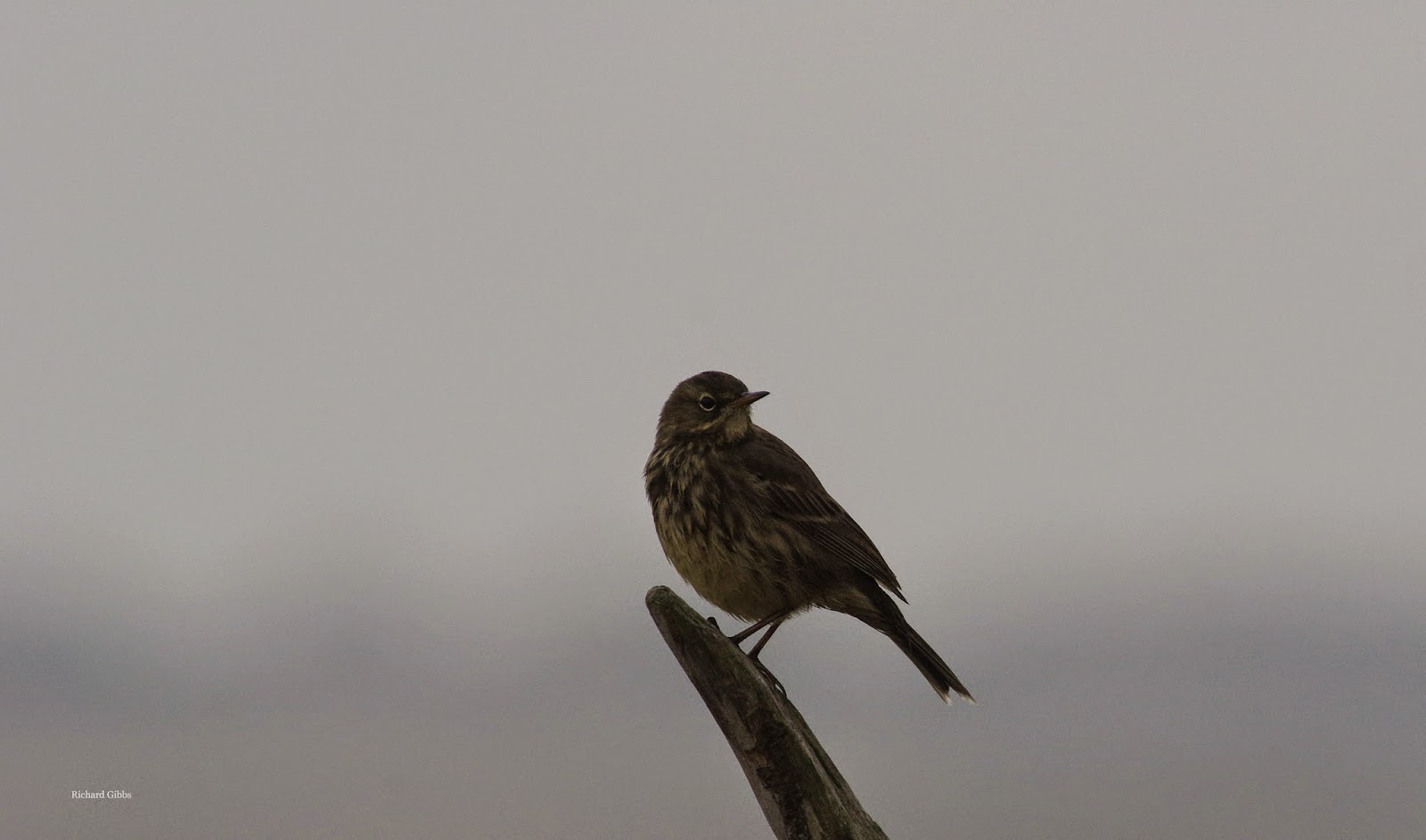 And the occasional Spotted Flycatcher appears as well: 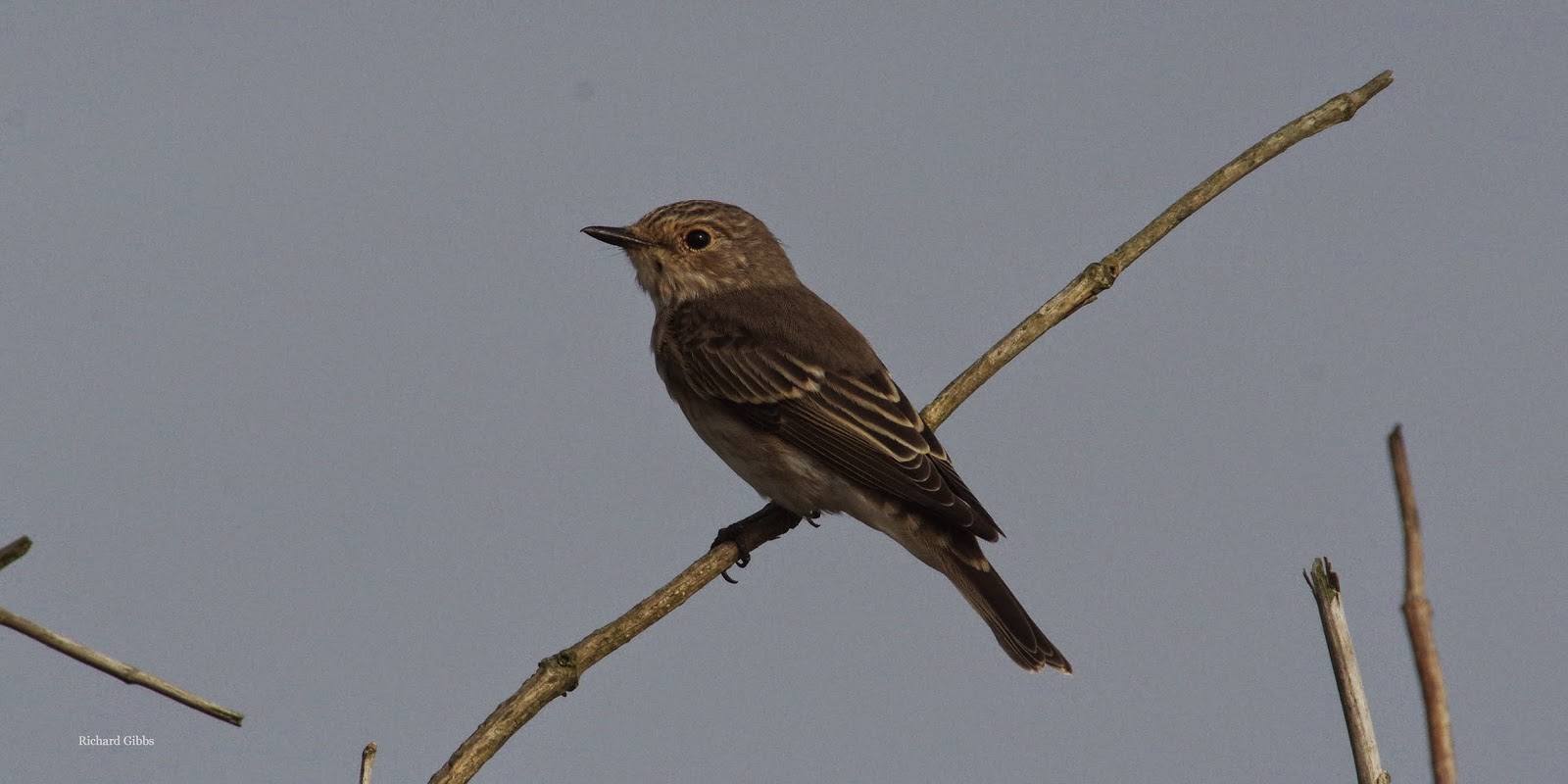 And I spied this (female) Whinchat busily flitting between dried stems: 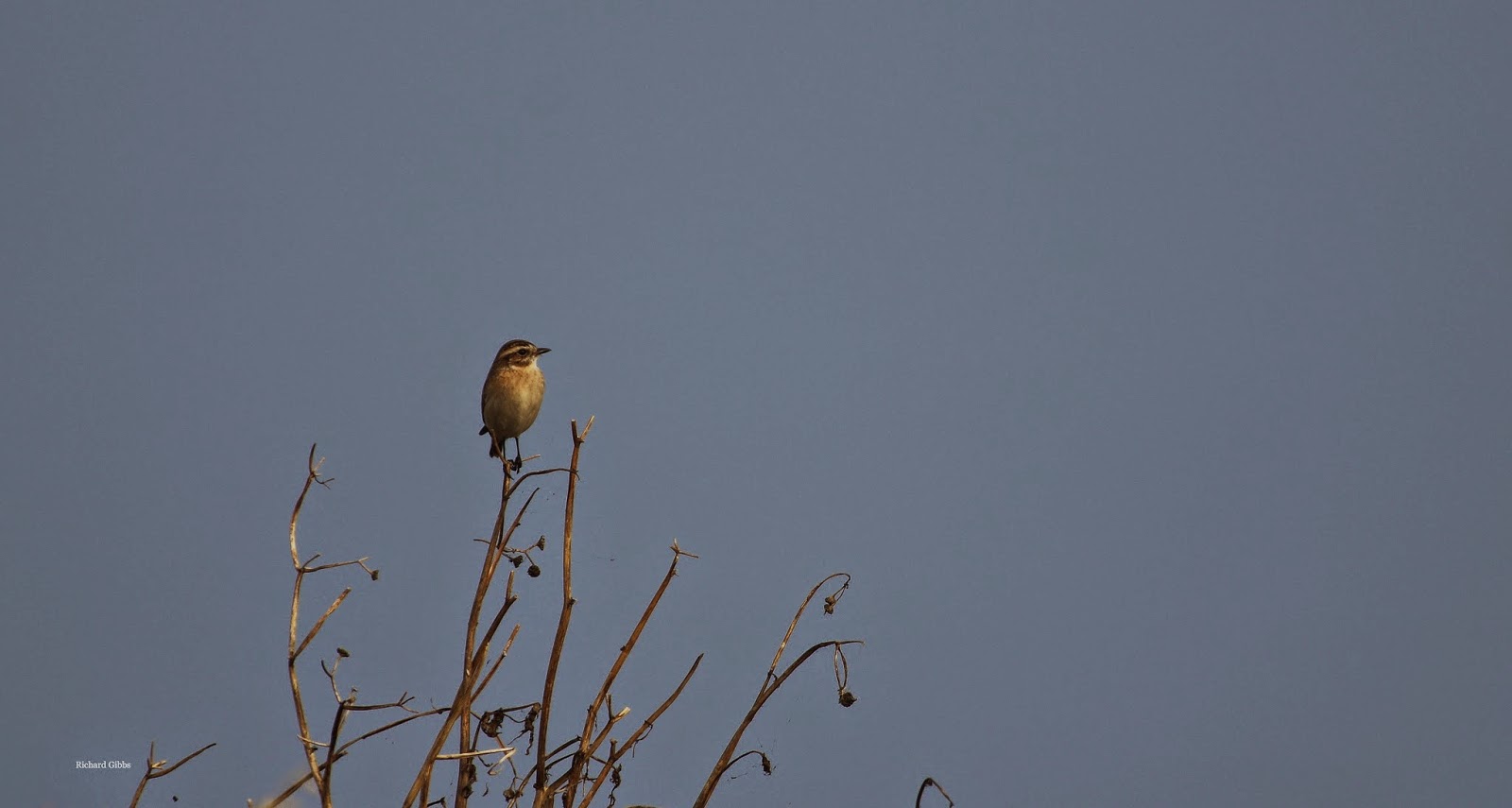 But it is not just birds.....  insects abound (or there would be fewer birds) and at the other end of the scale there are Atlantic Grey Seals, lying in state on the exposed rocks, lazily flipping flippers to disturb the flies: 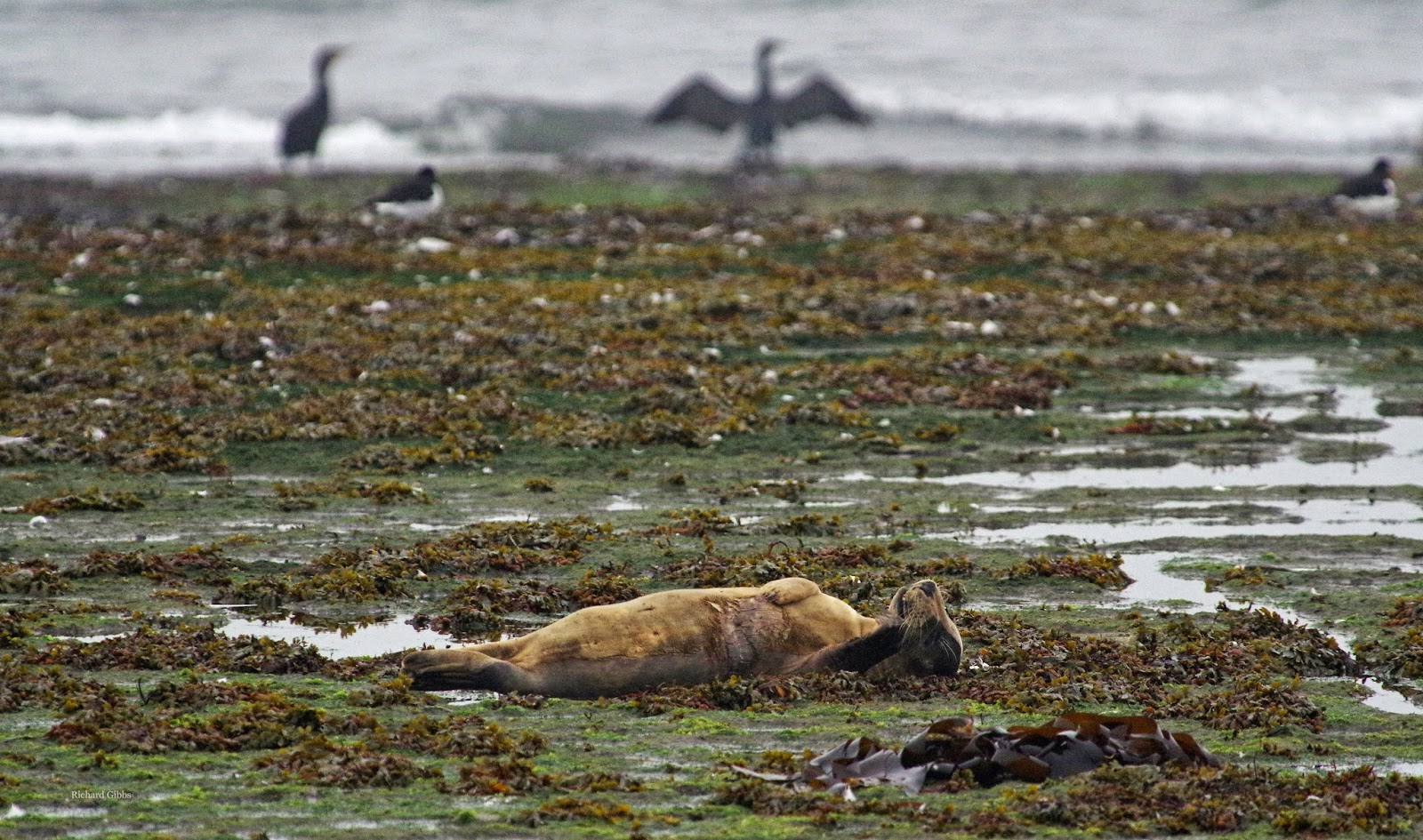 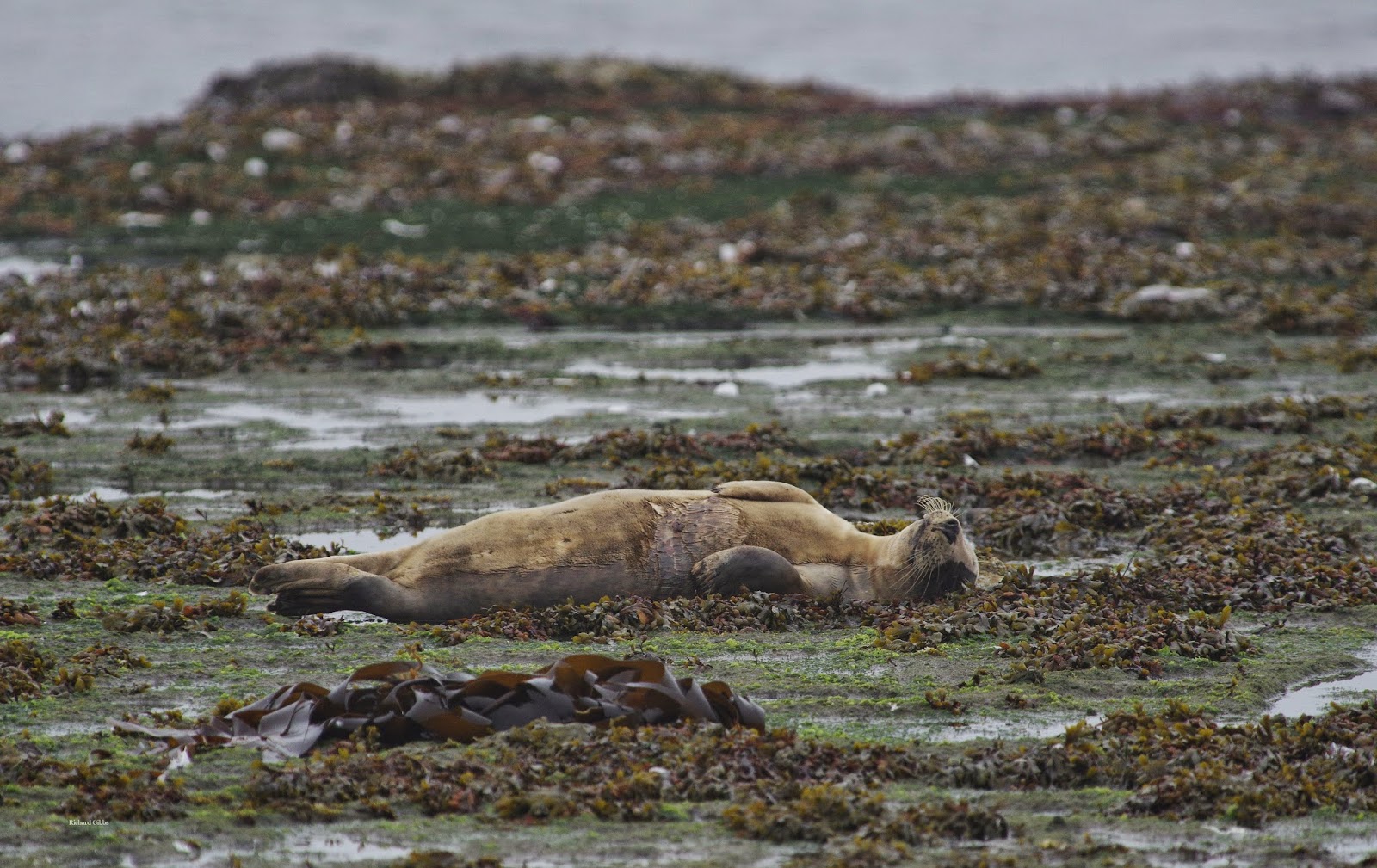 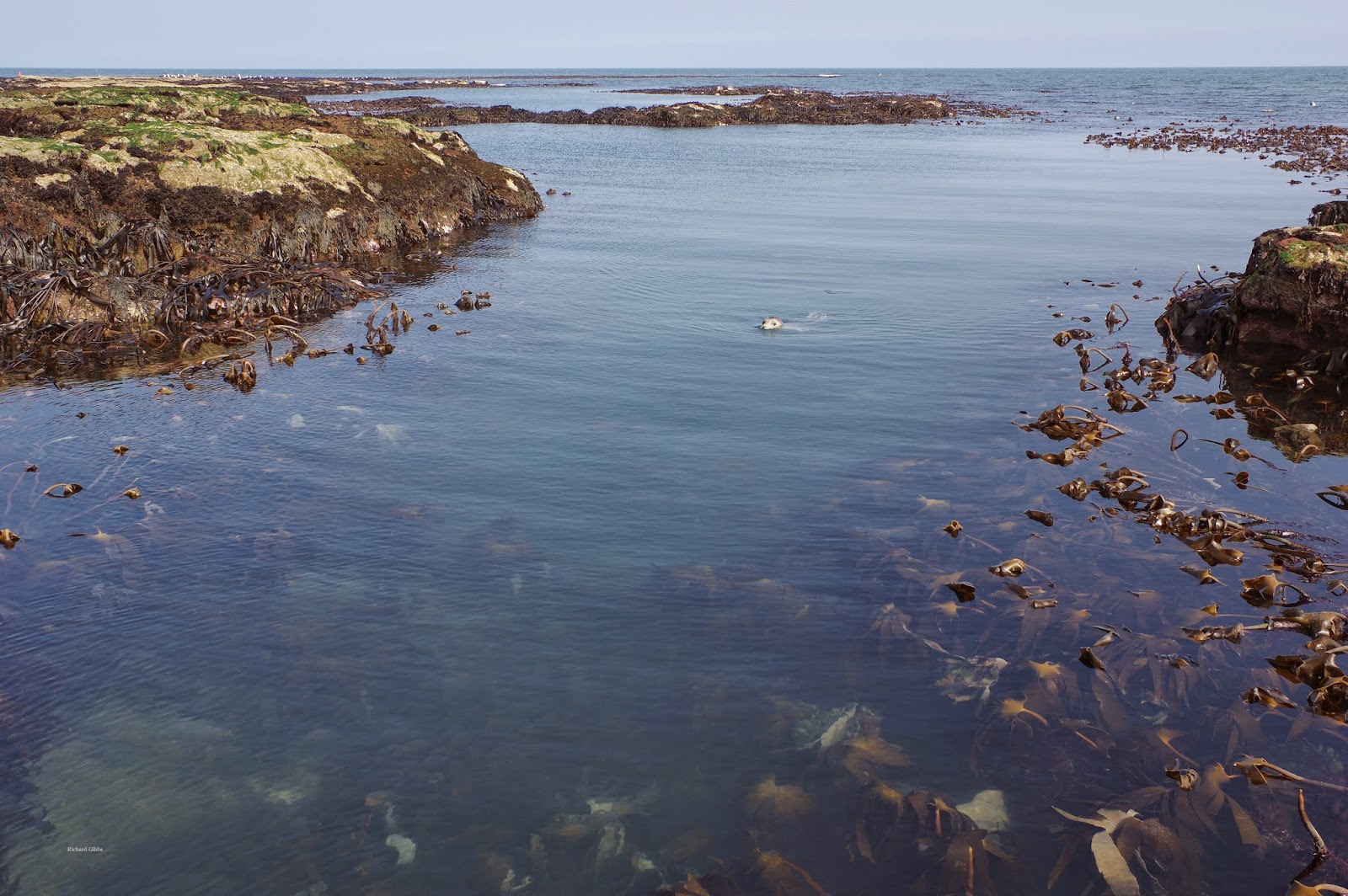 Splashing into the surf in silly scares: 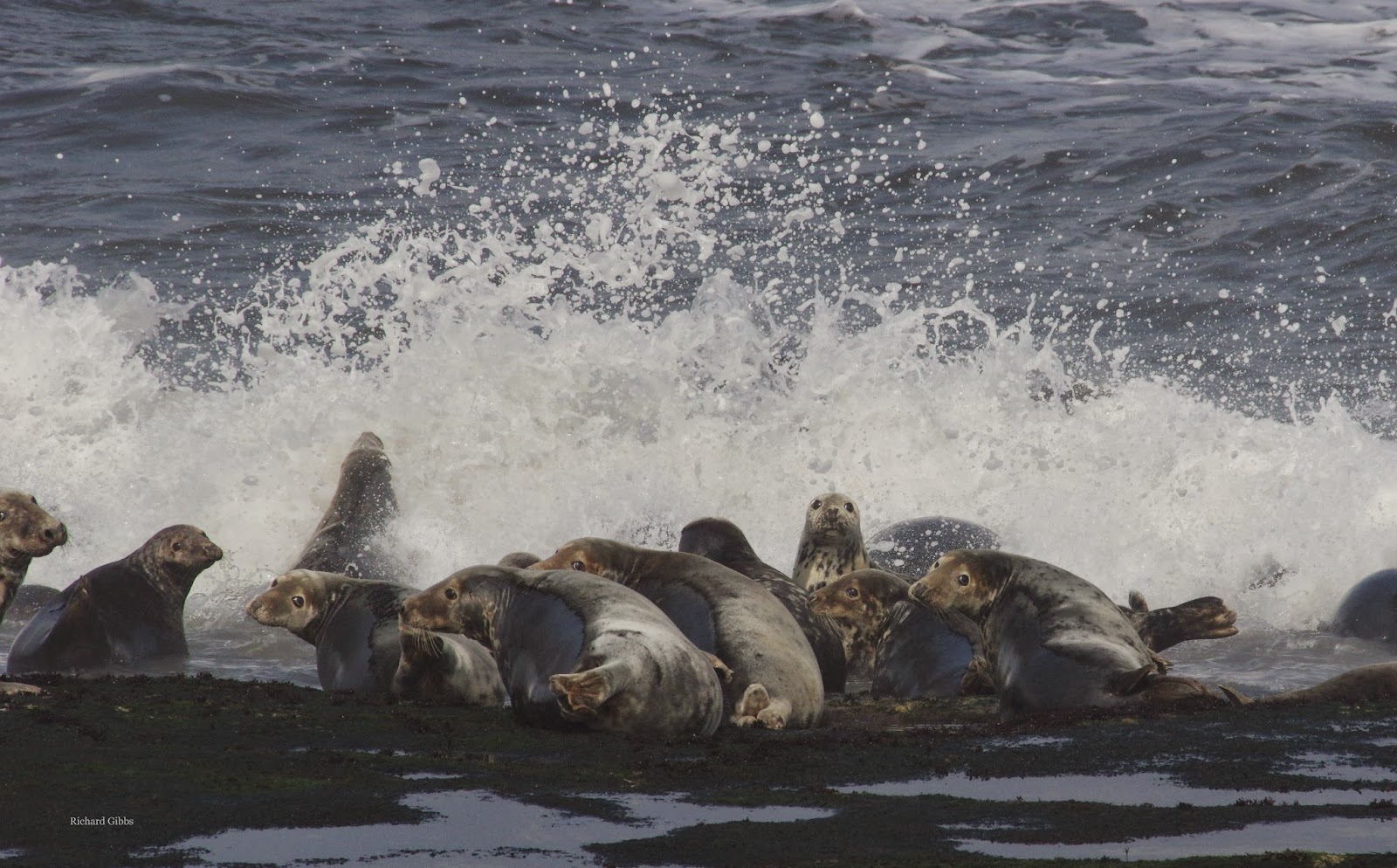 Or snorkelling just out of reach trying to see just what you are: 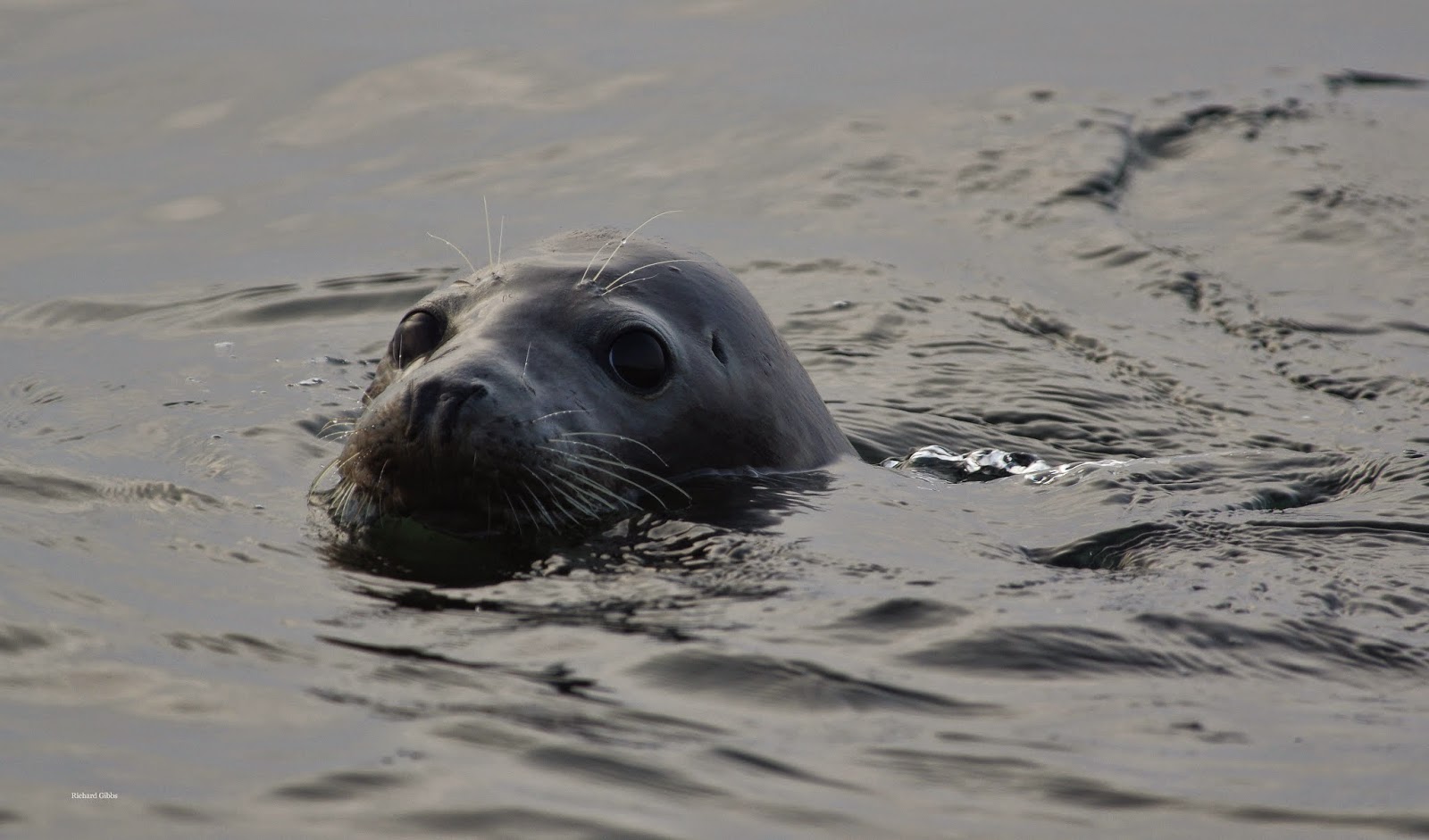 Humans count for little, though there have been residents here of one kind or another since at the very least the seventh century, when St Cuthbert recorded a visit. Hardy religious types have pitched up here, including Henry the Hermit, a royal Dane who died in 1127, having survived for years taking food only three times a week. During the last four years of his life he ground his barley into meal with a mill-stone, and after moistening it with water, made it into little round cakes that he dried in the sun.  He did not speak for three years and when he died he was found sitting in peace with a candle miraculously burning nearby (there was no lighter, nor matches, on the island).


As with the Farne Islands, isolation has suited the reclusive and the mystic.  For several centuries there was a small religious community here, and remains of their buildings can still be seen.

My room lies within the fifteenth century framework, though it has been completely restructured by Trinity House: 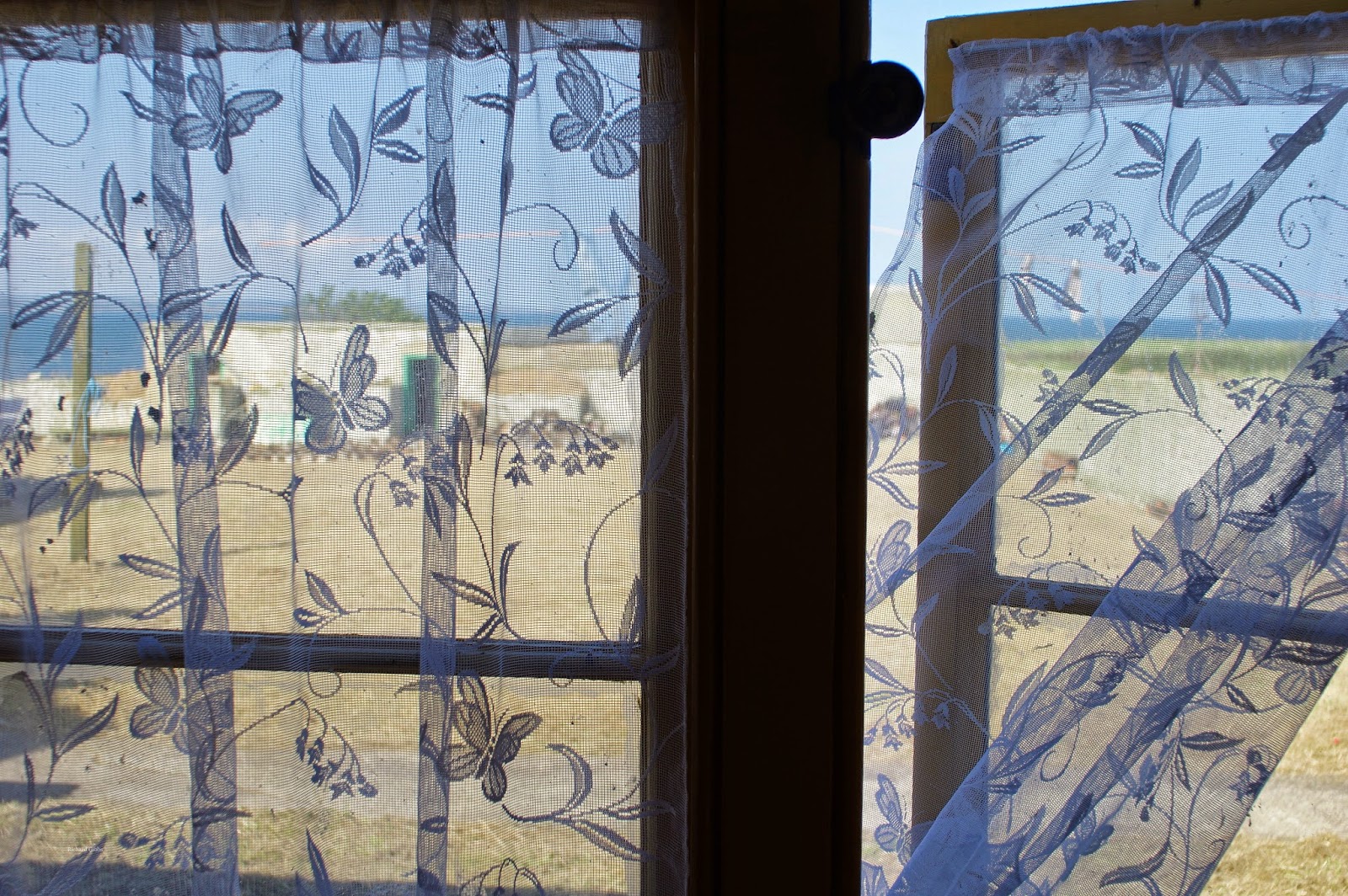 There have been stone workers here (Sion House, the London residence of the Duke of Northumberland, is partly built of Coquet sandstone), and sea coal diggers were said to have been living here in huts in the late eighteenth century.  Then in 1841 Trinity House established the lighthouse, which rises to twenty-two metres.  The designer, James Walker, incorporated parts of the monastery into the fortress-like structure, so that fragments of original wall and a vaulted chamber remain, and the base of the tower has sandstone walls a metre thick. 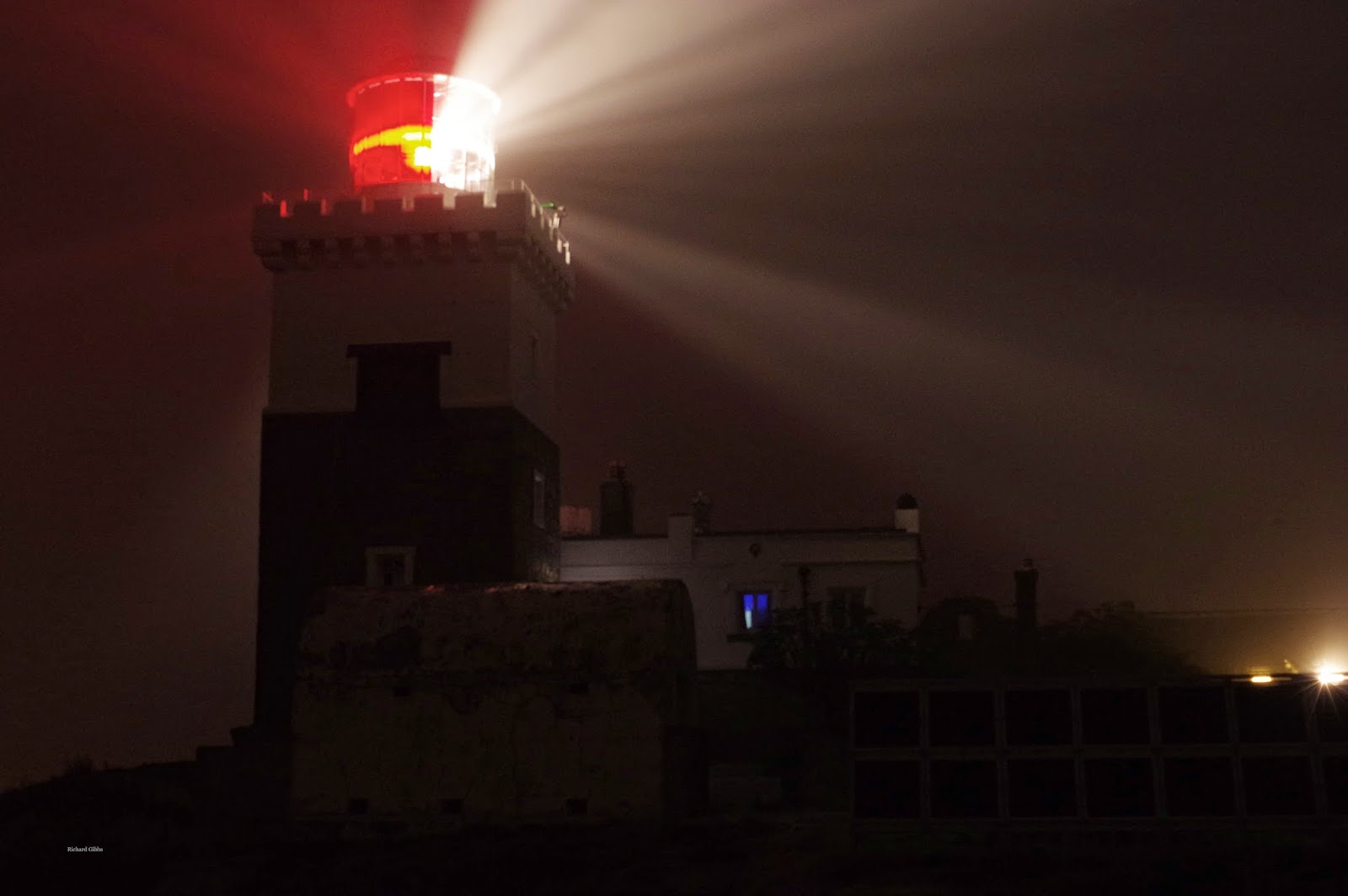 The first keeper on Coquet was William Darling, elder brother of Grace, the heroine of Bamburgh.  For over a hundred years there were at least two families living here, tending the light and fog signals, and they had cultivated gardens, kept pigs and chickens, and took their children to school on the mainland.  The tradition of family life ended definitively with electrification (in this case in 1976) and in 1990 Coquet was fully automated.  It now runs off solar energy, with a 35 watt halide lamp flashing three times every twenty seconds.  The white lights can be seen up to 19 nautical miles distant.  Trinity House still visit to maintain, but even compared with recent photographs the sense of decay is strong: 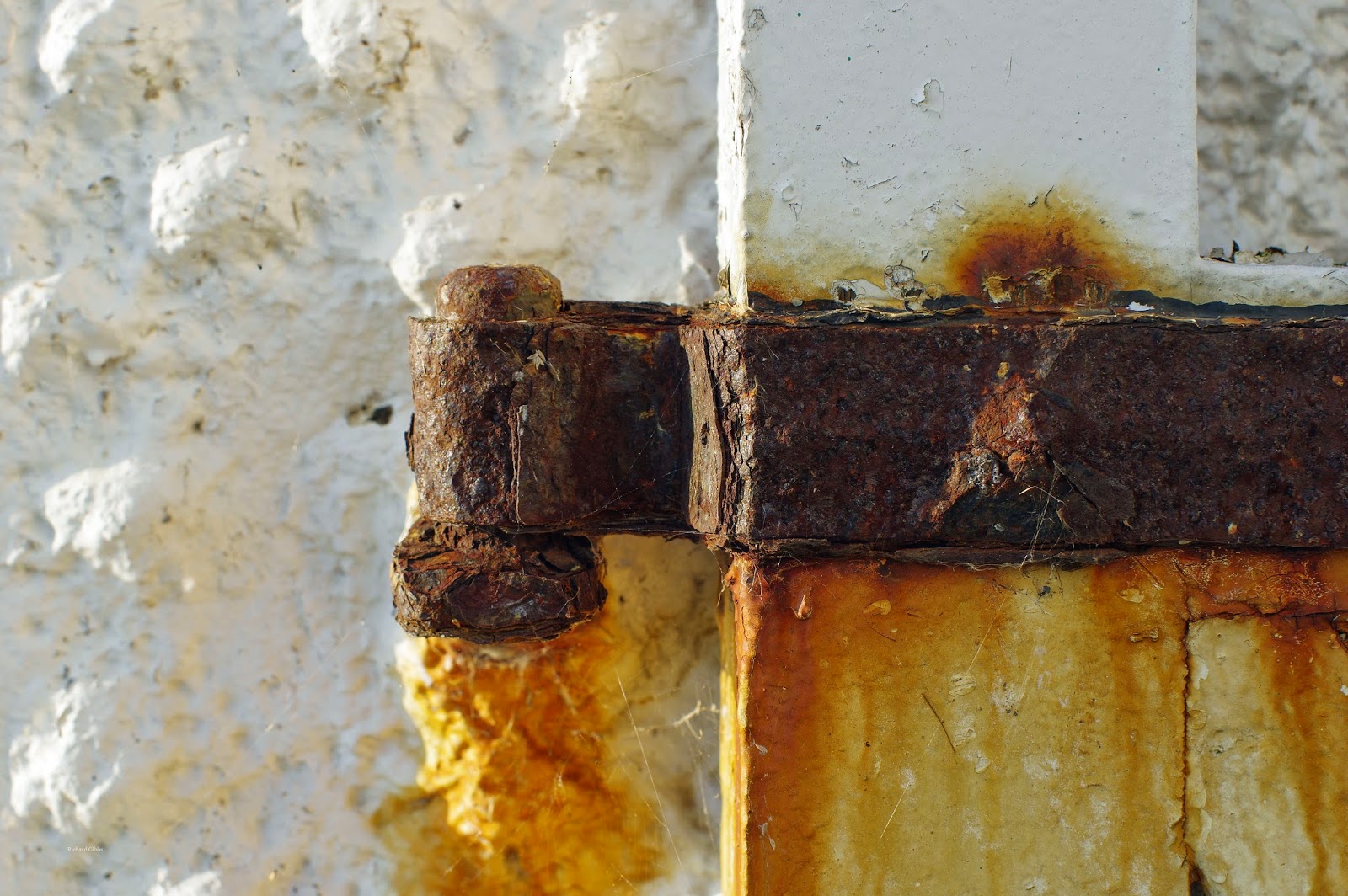 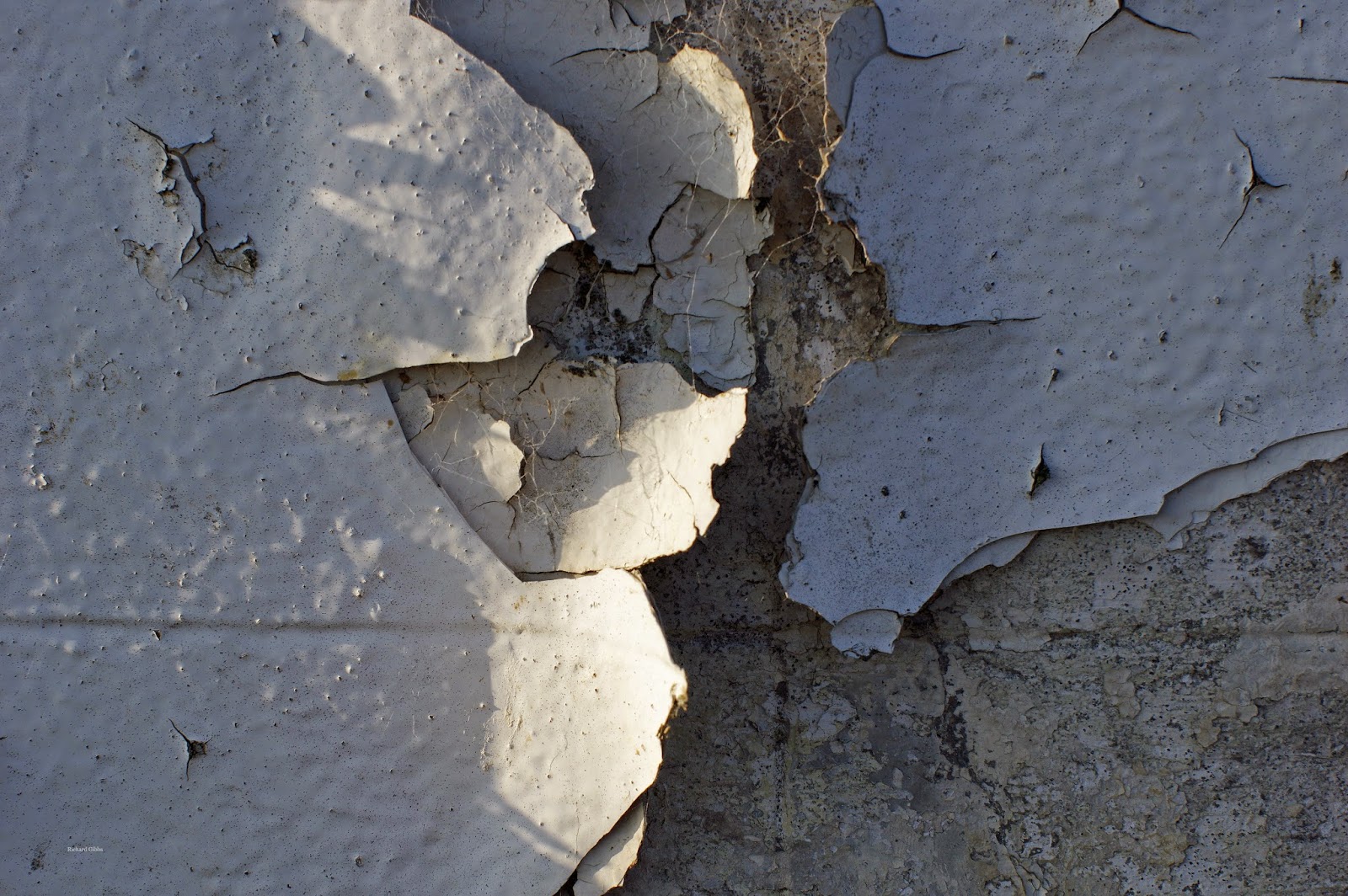 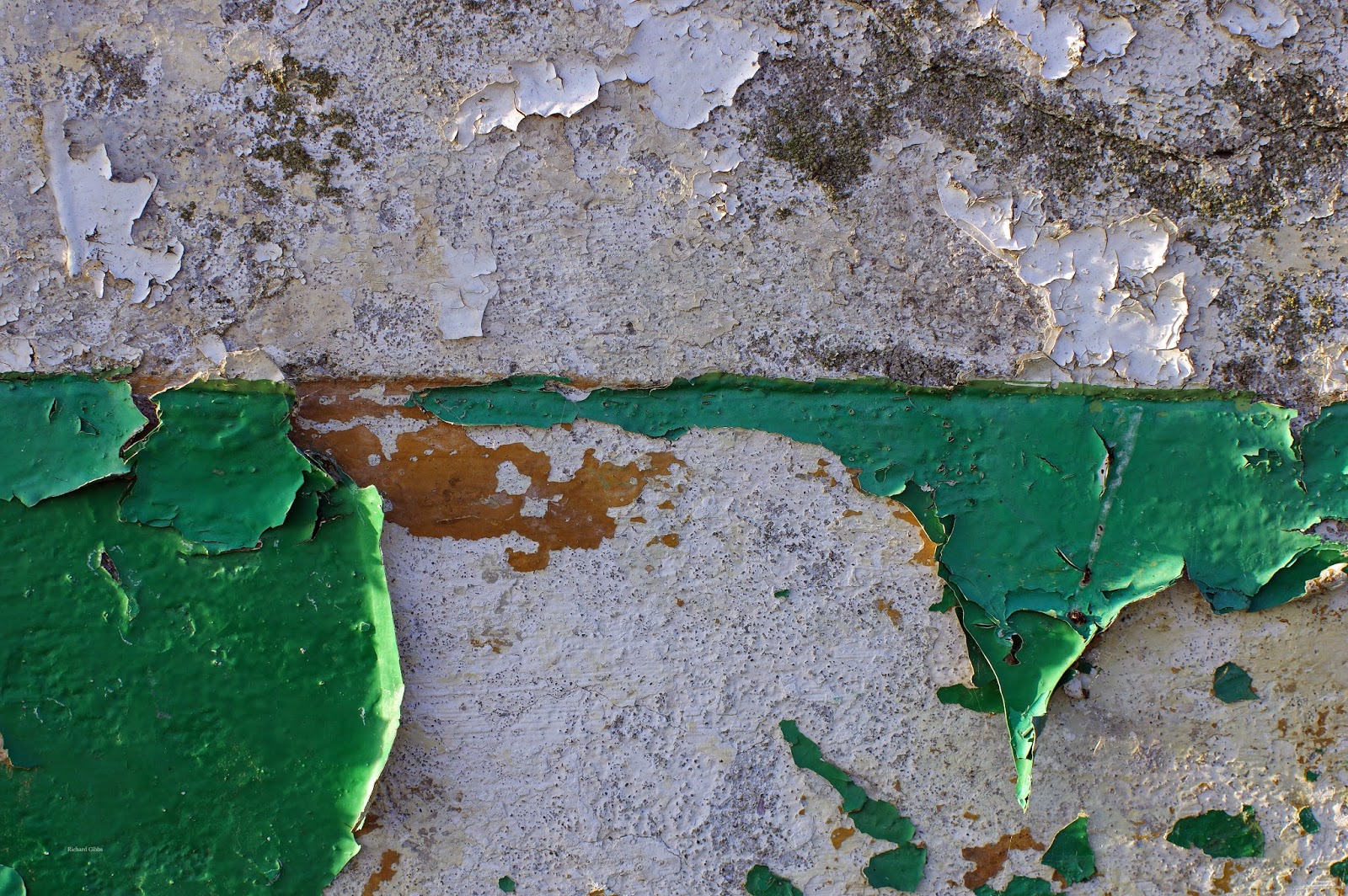 During my stay the light became comforting, almost a friendly human symbol to reassure me in the dark of night.  But on the other hand, in dim visibility or rain, the three second blast of the Fog Signal every thirty seconds, audible up to two nautical miles (and therefore very loud if you are close to it!) became very wearing, and this set me wondering about the use of lighthouses at all. We had several very misty days (and nights) and the two small boats I went on during that time navigated by GPS systems. 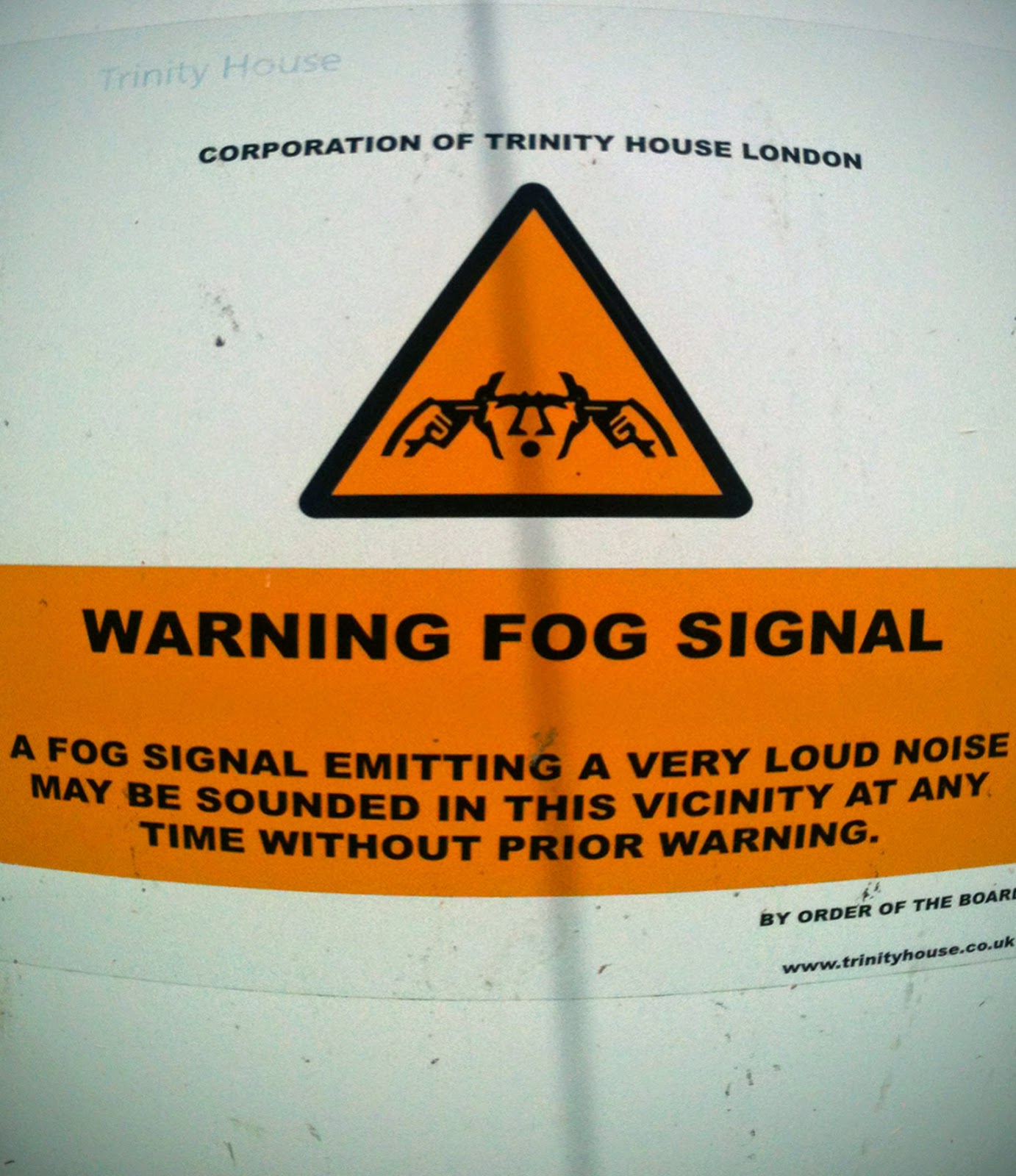 While it is clear that the system of light houses, ships and beacons around the coast of the British Isles serve(d) a very useful purpose, I wonder how many mariners rely on their eyes and ears rather than sophisticated Differential Global Positioning Systems these days?  Trinity House's own website carries details of their engineering works to upgrade existing DGPS equipment, and the European Union's Galileo Positioning System is a Global Navigation Satellite System (GNSS) which is due to be fully operational in 2020. We went across to the mainland on a small boat in thick fog, and the skipper relied entirely on two screens by his wheel.

Another development that Trinity House has embarked on is the holiday let business - I wonder how long it will be before the lights really do go out? 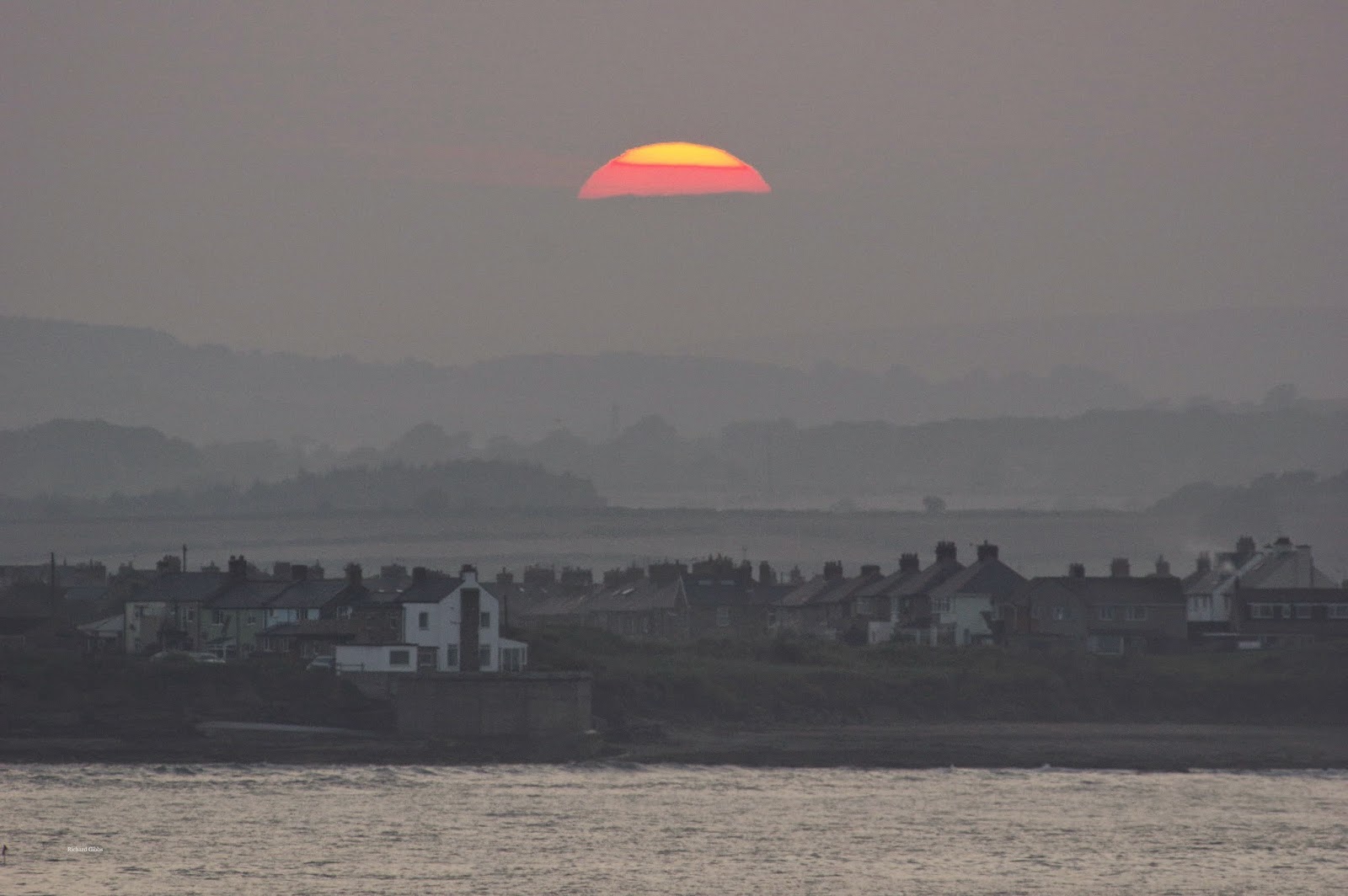 Literary associations with islands are many, with some internationally famous examples such as The Life and Strange Surprizing Adventures of Robinson Crusoe, Of York, Mariner, who lived Eight and Twenty Years all alone in an un-inhabited Island......  In Defoe's novel, Robinson Kreutznaer, was the son of a merchant from Bremen, who settled at Hull, and who rebelled against good advice and sense, and was consequently punished by being the sole survivor of a graphically described ship-wreck.  After making himself safe and as comfortable as possible on his horrible, desolate island, Crusoe assesses his situation, noting down the evil and the good points as objectively as possible.  On the negative side he notes that I am divided from mankind, a solitaire, one banished from humane society..... While on the positive side, But I am not starved and perishing on a barren place, affording no sustenance. And he concludes that Upon the whole, here was an undoubted testimony, that there was scarce any condition in the world so miserable, but there was something negative or something positive to be thankful for in it......

Other tales come to mind: the struggle to keep a fire going as a signal light in Lord of the Flies; Henri Charrière's account of his escape from Devil's Island in Papillon;  D H Lawrence's savage satire in The Man Who Loved Islands; Ben Gunn's traumatic experience in Treasure Island (vividly brought to life by Spike Milligan at the Mermaid Theatre in my youth.....) and Prospero's manipulation of shipwreck in The Tempest, and so on.  The metaphors work well, and society is enriched.....

My isolation was tempered by good company, and was of very brief duration, but it was extraordinary nonetheless, and even such a short exile from the ways of civilisation is instructive.  I not only enjoyed being stranded here, but I also learnt much, not least in what we so often take for granted.....

I stumbled out into the dark, the beams of the lighthouse sweeping the night.  A distant whisper of surf brought the eerie sound of seals singing, and a damp breeze tugged at my tee shirt.  The unusually high pitched blast of the fog warning punctuated the quiet world, and the sound of a horse making water caught my attention, as the stream splashed on dry tussock and embedded stone.

Isolation plays tricks on the mind.

There are no horses on Coquet.

Be not afeard; the isle is full of noises,
Sounds, and sweet airs, that give delight, and hurt not. 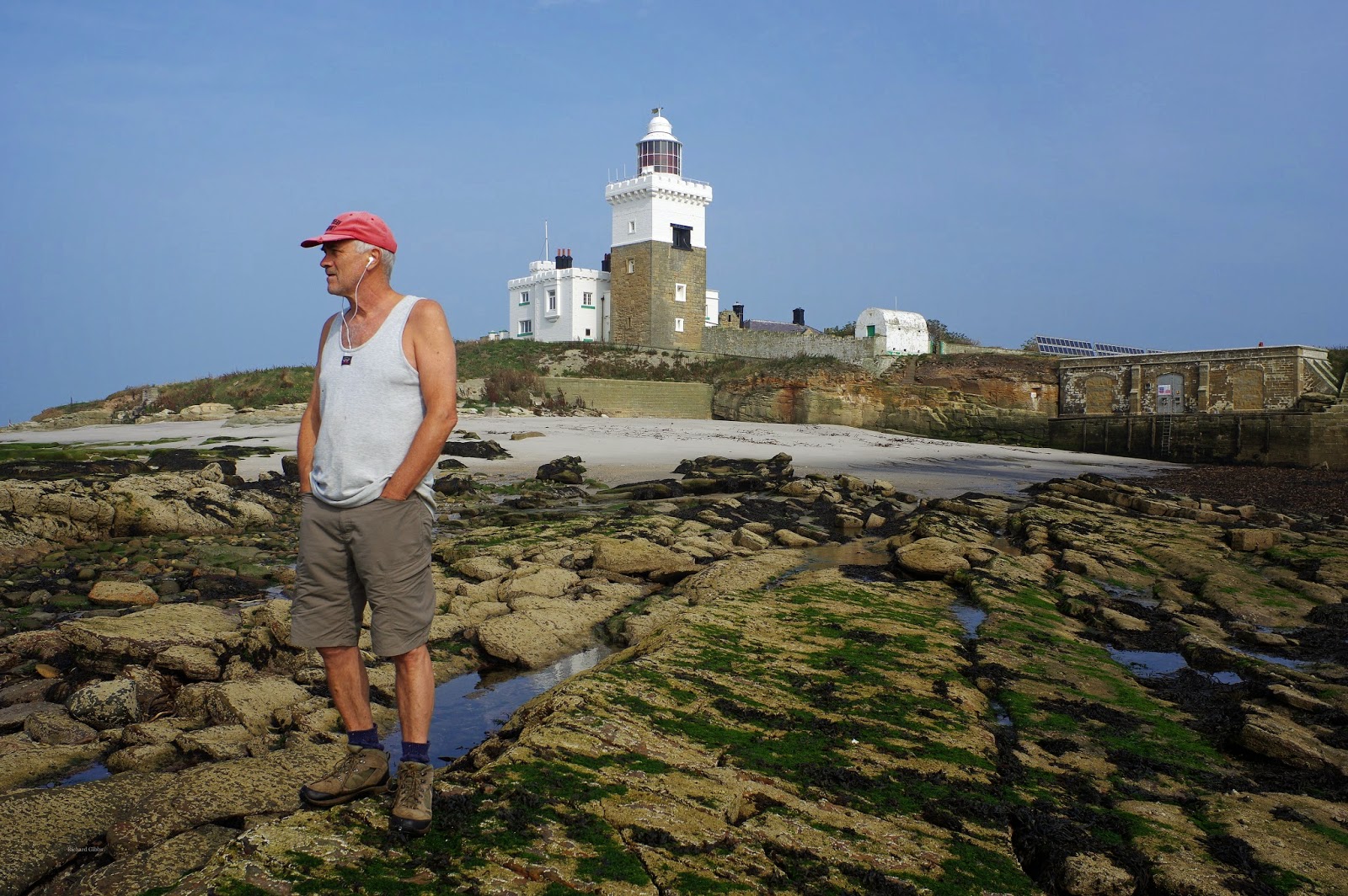