Variations on a theme by Roy Plomley

The concept of being cast away on a deserted island plucks plangently at the heartstrings.  Humans are social beings, and being in company informs the structure of society, from tribal cave times to the Islamic State, from Downton Abbey to Scott’s Expedition to the South Pole.  With few exceptions, David Blaine perhaps being a rare one, St Simon Stylites another, we yearn for company, at least part of the time.  So the idea of being cast ashore on a remote piece of land, with no one to talk to, strikes deep into our reservoir of fears.

On the back of books and films about such isolation, Roy Plomley invited his guests to consider such a fate, and to take with them eight samples of music that might console them in their exile, completing the dream-game with a book and a luxury.

Such was the success of this as broadcast entertainment that the show still goes on, half a century after its inception and many years after the deviser’s demise.  Now the radio archives are available on line, and it is possible, should one so wish, to sift the choices of the famous and to generate a list of the most-requested desert island discs…..

The formula is so simple and so successful that it has become, I believe, an after dinner parlour game, one that causes merriment galore in the withdrawing rooms of the cultured, most especially when one is on holiday with friends…..

With this in mind, and finding myself marooned on Coquet Island, a scrap of Northumberland that lies low in the North Sea (more about this very soon), I thought I would play…..

The first thing that came to mind was the enormity of the task.  The choice is (almost) infinite.  So I invented a rule, which was that the discs had to be from my own collection (it would have been even easier had I restricted it to my ipod).

The second realisation was that anyone’s selection could depend on time, mood, day of the week, etc, and so there had to be a time limit, a rule of some spontaneity. If you committed yourself to trying to change the world by your pick of eight records, you would never make it. 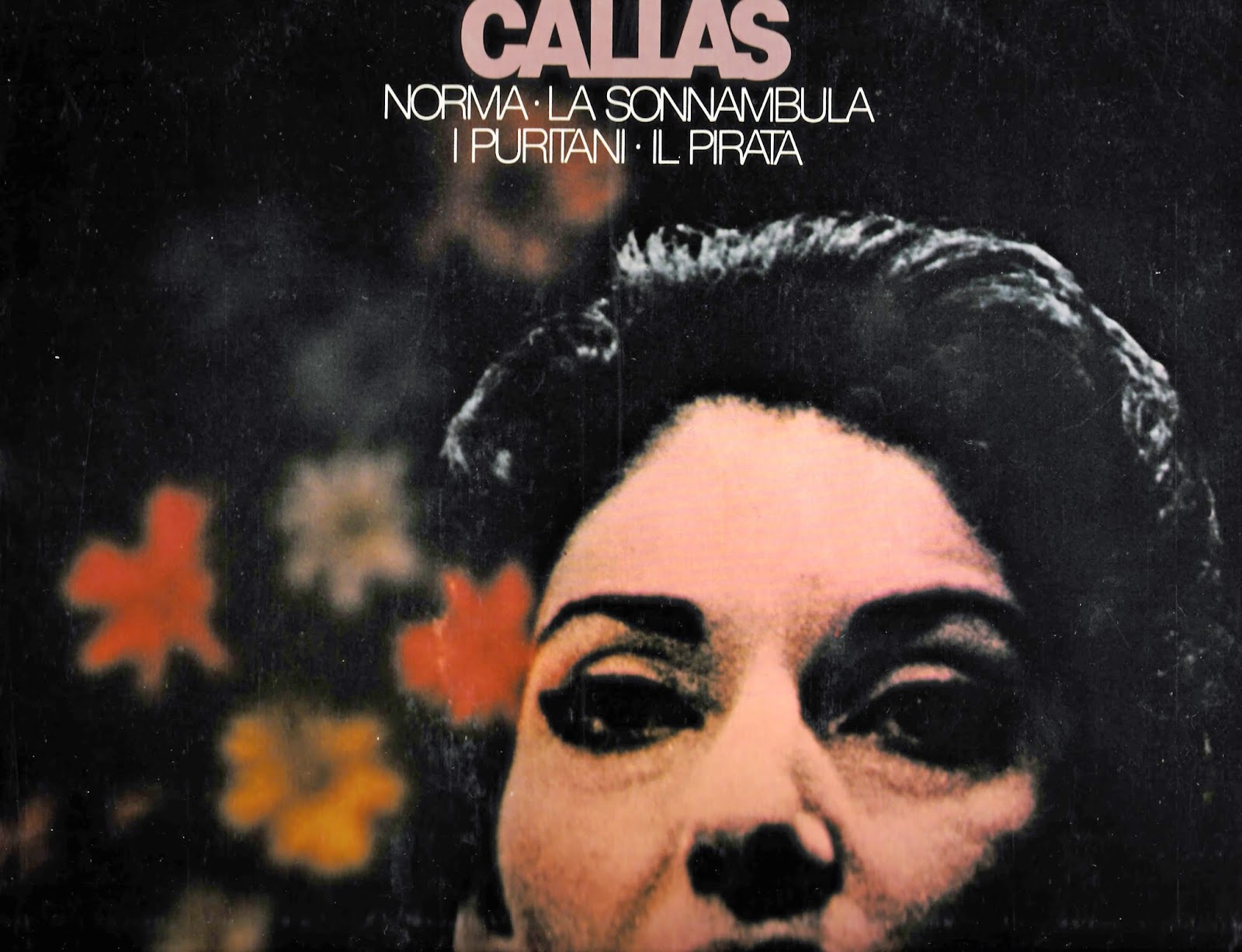 So, , here I am.  Alone, with my gramophone, the seagulls crying over the waves, and my eight discs.  Which to start?  Well, , since you ask, I would like to hear Maria Callas, singing Casta Diva, from Bellini’s Norma.  Do not be fooled into thinking I chose this because I am an opera buff, and my fondest moments have been spent in boxes at Covent Garden, but it’s not like that (the closest I have been to a box in Covent Garden was when the market was still there).  I have never seen Norma, never saw Callas, and still don’t know what the song is about.  It’s just the thrill of that voice, that music, the rise and fall of strings and vocal chords that stirs something in me.  I think it is beautiful and sad. It conjures the glittering world of make believe that is the theatre, and within that artifice, that house of candles and gold paint, lies a key to the human soul.  Large numbers of diverse people can be brought together to forget the outside, to be together in a fairy tale, and to then turn to each other and say, Wasn’t that fantastic? 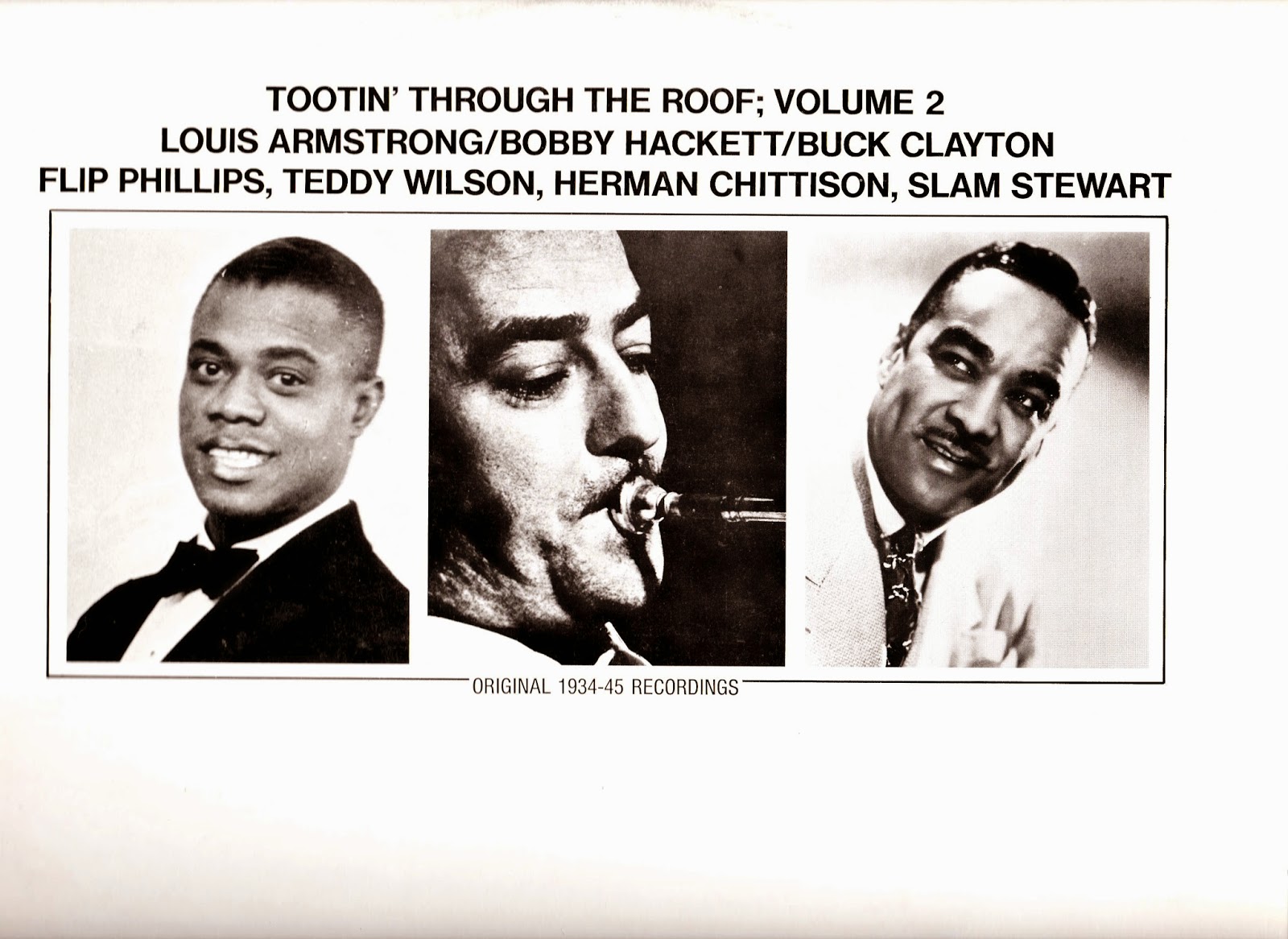 Louis Armstrong’s personal history shows that with perseverance it is possible to realise potential.  The odds in 1900 were not in his favour, but he worked at his music and mastered it, and shone as one of the brightest stars in the music business.  OK there was some schmaltz (and a lot of sweet smoke) toward the end, and I wouldn’t want to have What a Wonderful World on the Muzak of my island (though I really love it….) but the breezy optimism, gently chilled delivery, and superb musicianship of On the Sunny Side of the Street take a lot of beating. 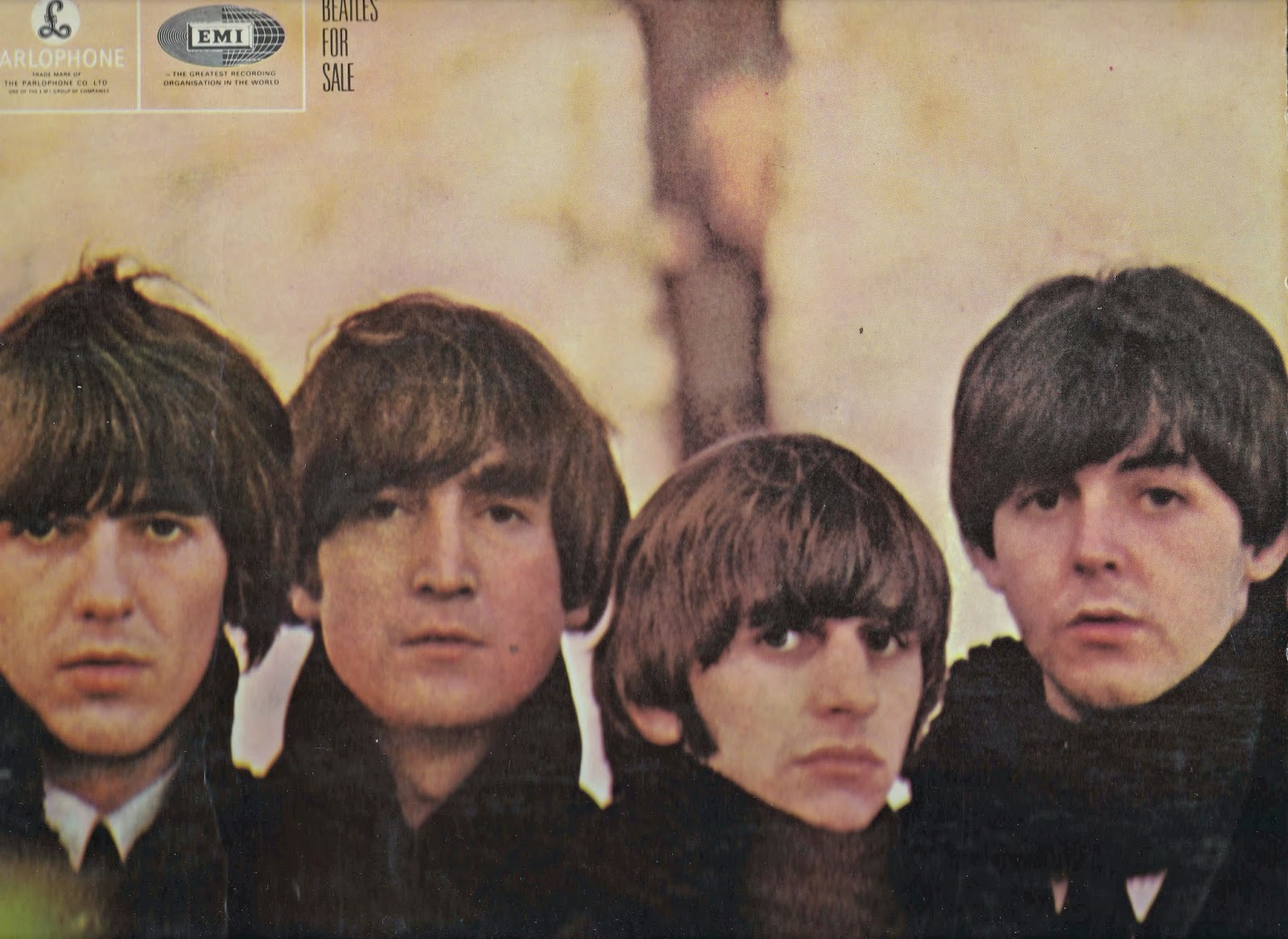 And thank you, , my next choice is from Beatles for .  Again, as with Callas and Armstrong, I never saw the Beatles live, but when I was growing up their music was all around, and both on the radio and on TV we caught glimpses of them as they grew into their fame.  I sat through A Hard Day’s Night twice in succession in (a dare devil thing to do, believe me) and played the album over and over with friends at school in our lunch breaks. I’ve chosen Rock and Roll Music, from the subsequent album however, because, although it may not be as brilliantly light and cool as Chuck Berry’s original, it possibly conveys best what the group was really like in the clubs of , or the Cavern in .  It is difficult now to explain the excitement they generated, but this number, and its enduring endorsement of rock and roll, sums up a change of attitude in young people that, at least in Europe and , will never come round again. 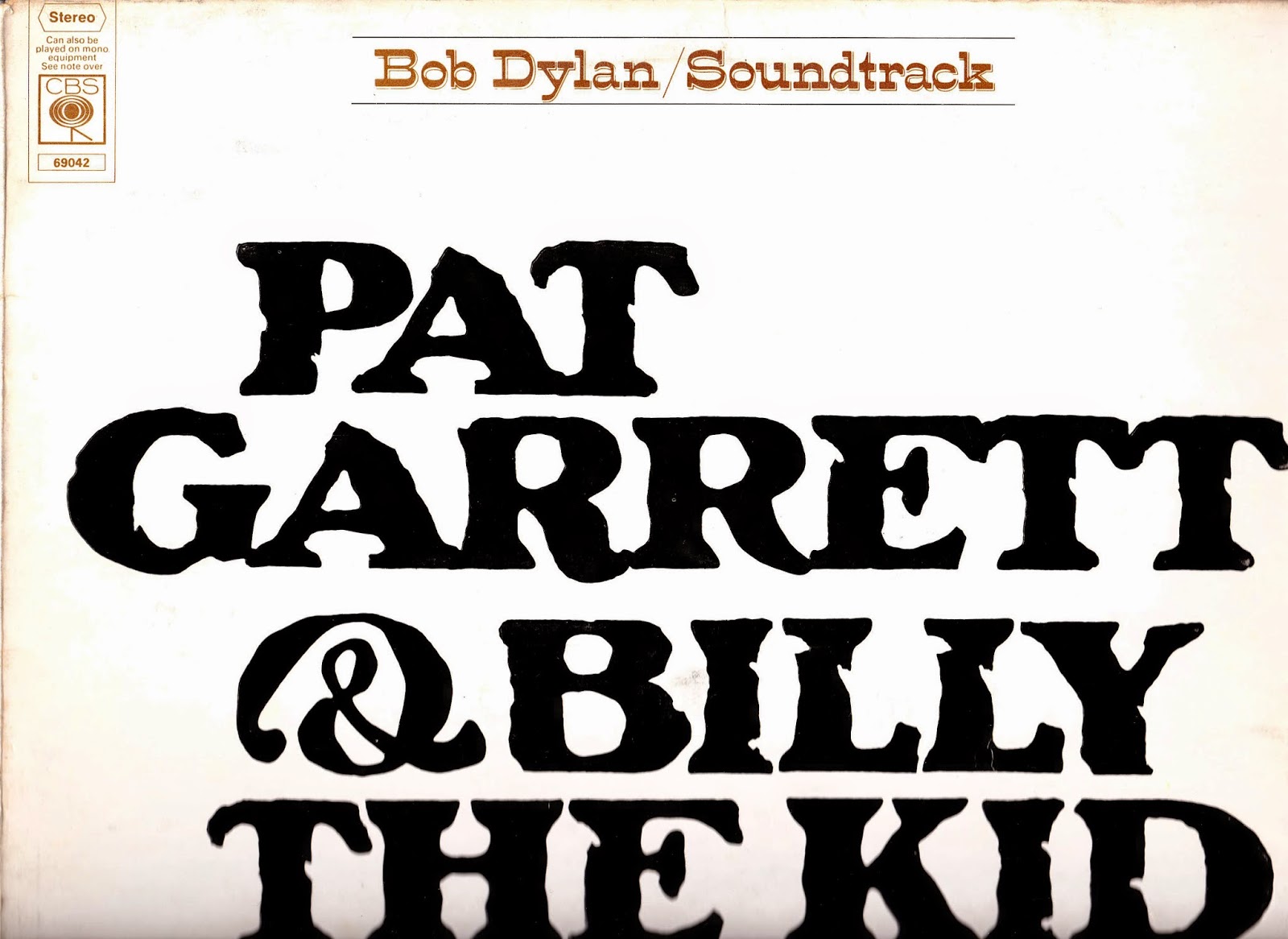 My elder brother and I fell under the spell of Bob Dylan very early on.  I bought Freewheelin' on its release and Tim Binding, a friend at school, lent me Another Side of Bob Dylan, which immediately enthralled me with its raw directness.  Years later some friends met in Leicester Square to see Pat Garret and Billy the Kid and, possibly due to an excess of pink gins, ended up in Leighton Buzzard…..  The combination, whatsomever, of Peckinpah and Coburn, Dylan and , burnt a hole in my mind that still glows round the edges.  Billy, they don't like you to be so free…..  Of course, as my friend Ben Timmis has reminded me, the Nobel-deserving Dylan's canon is so vast that this seemingly simple sample does not really do the poetry justice, but I maintain that the lauding of a freedom-seeking anti-hero in such plaintive and haunting tones, together with the calling out of murderous, and faceless, authority, coupled with Peckinpah's striking use of location and Coburn's mesmerising performance (we'll gloss over Kristofferson at this point) all come together for something that would do a lot for me on my deserted island.  [For my funeral, either Blind Willie McTell  or Every Grain of Sand - but that's another matter.....] 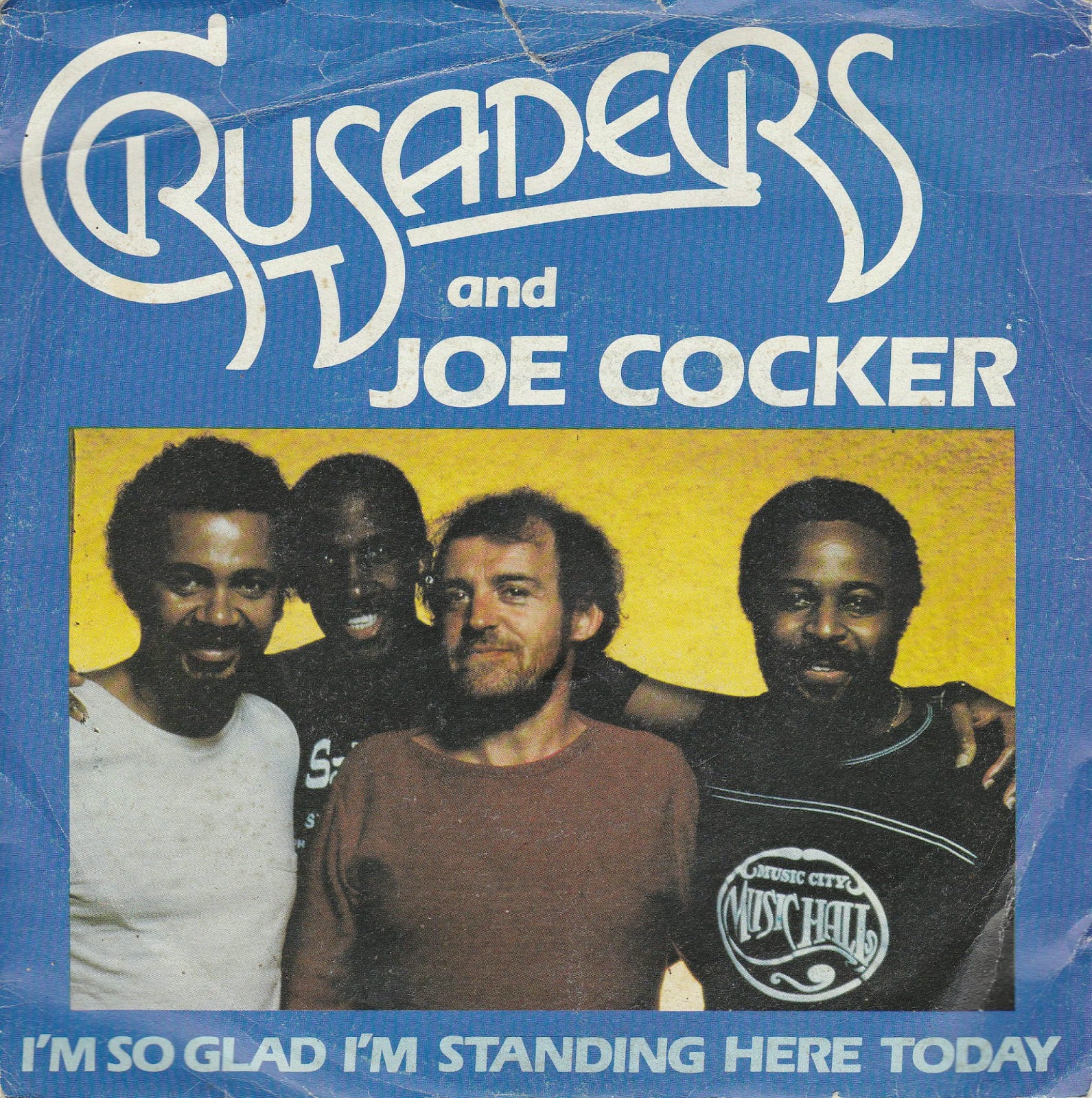 And your next choice?  I bought Joe Cocker’s I’m so glad I’m standing here today, when I lived in Italy and at the time I was experimenting with Super 8 film and working with a group of students.  This song seemed perfect for a sort of pop video (I had just featured in one that was directed by Charlie Borromel in a Villa on the Via Appia Antica, which apparently was very popular on TV, though I never saw it myself).  To illustrate the Cocker song Jessica Giuffre, daughter of two well-known Italian actors, wandered about catching the morning sun, blinds being drawn, etc.  It was clichéd, but as a dramatic coincidence of fate Jessica’s mother was killed in a car accident just before we were due to start, so I expected we would cancel the project.  Jessica did not bow out, however, and despite her grief, turned up punctually for our shoots, and we eventually put the song onto a soundtrack and it went on show to great effect.  Brave girl. 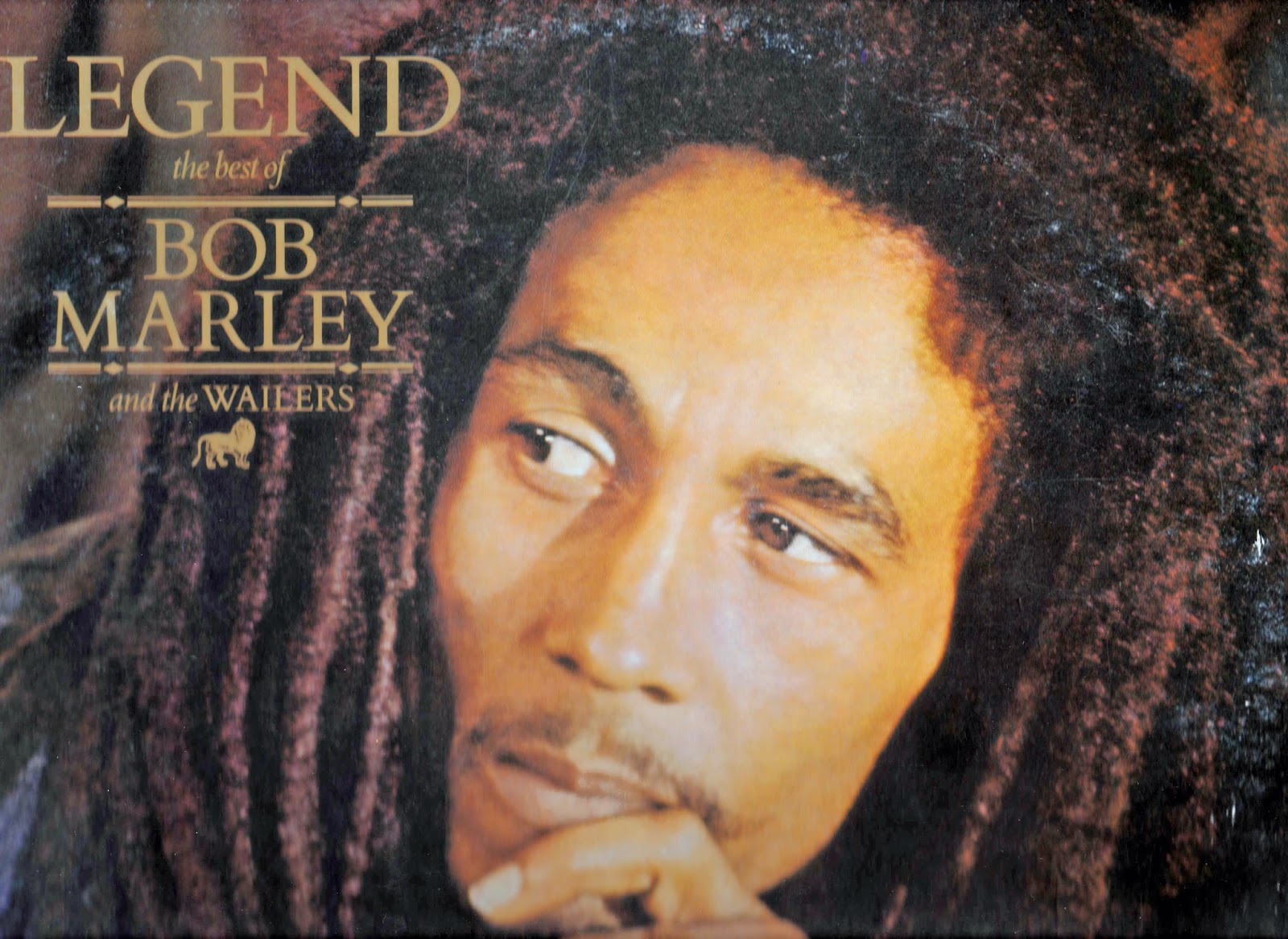 And your sixth choice?  This is Bob Marley and the Wailers, Three Little Birds.  And there are three reasons why I would dance to this on my island:  one, it’s a great tune, frothy and funky at the same time; two, I love birds; three, I met Bob and the Wailers on their first tour of the .  I was helping a friend’s band as a kind of volunteer roadie and they were the support act.  After the show we spent some time in the dressing room, listening to Catch a Fire….   And that, sadly, is about all I remember.  My one brush with stardom!  Enough said. 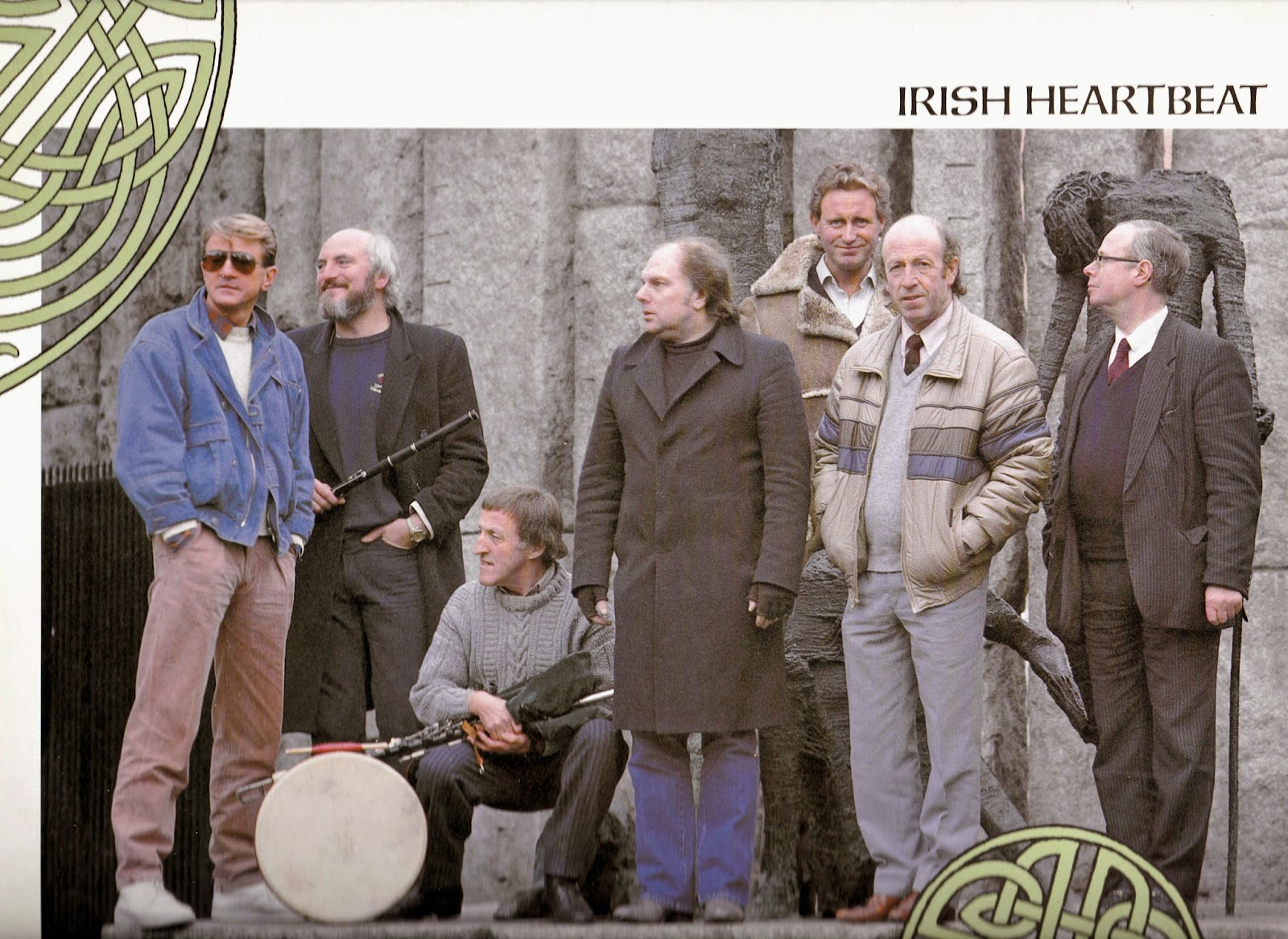 Carrickfergus?  It is a wonderful song, and this performance by the finest musicians has produced since O’Caralan is sublime.  Although my claim to Celtic ancestry (my mother’s father was ‘Irish’ and I have cousins in Mayo) is hardly pureblood, I cherish that part of me, and Irish music and Literature run through my nerves.  I’m drunk today, and I’m rarely sober…..  What an honest (if completely deplorable) line to sing?  Oh but I am sick now, and my days are numbered, come all ye young men, and lay me down…..  Bold to face the truth, and right in calling out youth to take on responsibility. 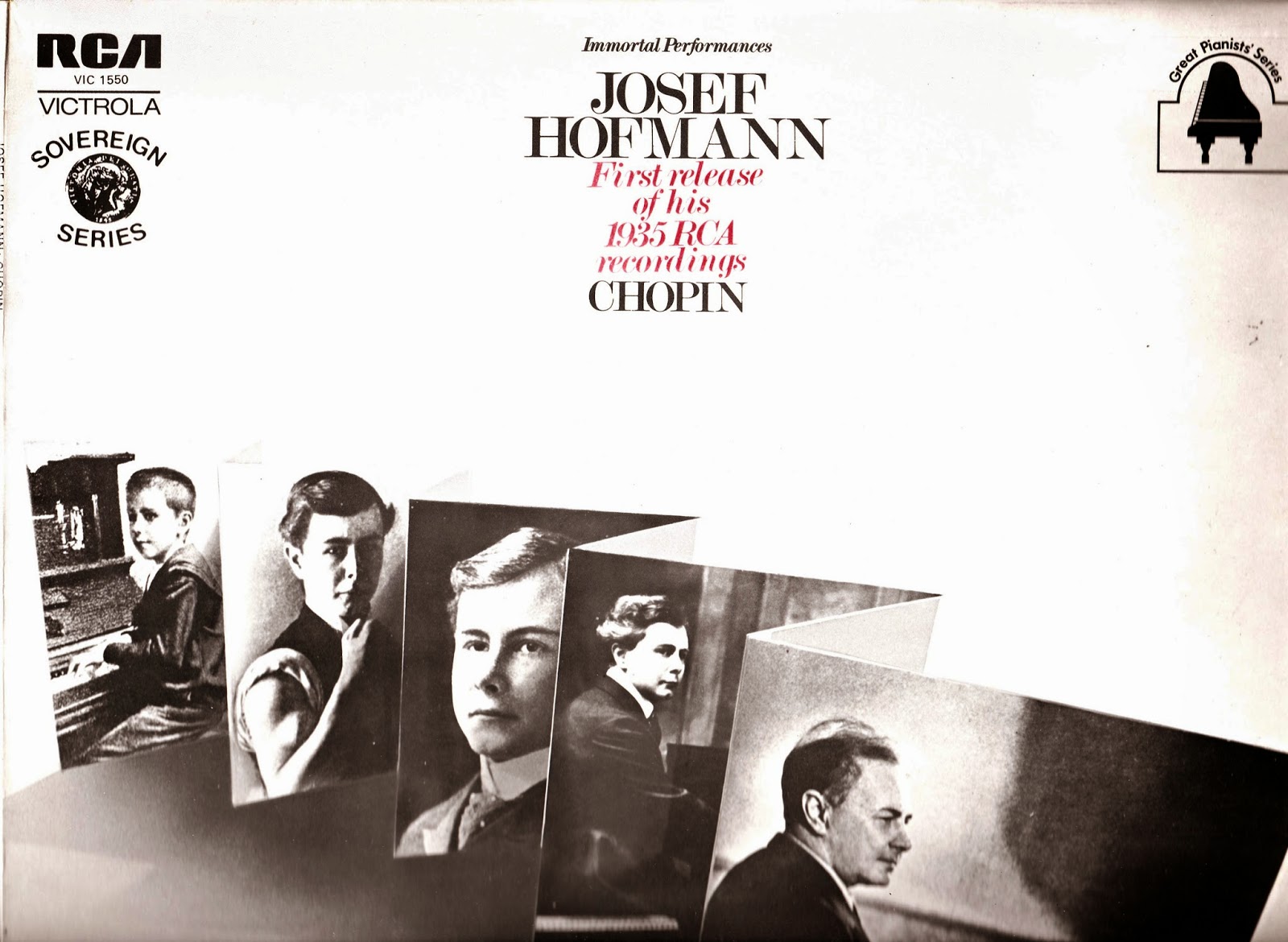 And your final choice?  Chopin.  Almost any nocturne would do, but F sharp’s as good a key as any!  It’s the perfect music at the end of a busy day, the romance sparkling out of the upper register while underneath there is the brooding of the dying artist looking out of the window at the sea and the rain, the Mediterranean at its most hostile beating on the shores of Mallorca…..  As with Callas, etc, I never saw Chopin, but I can just imagine his long fingers a blur across the ebonies….. 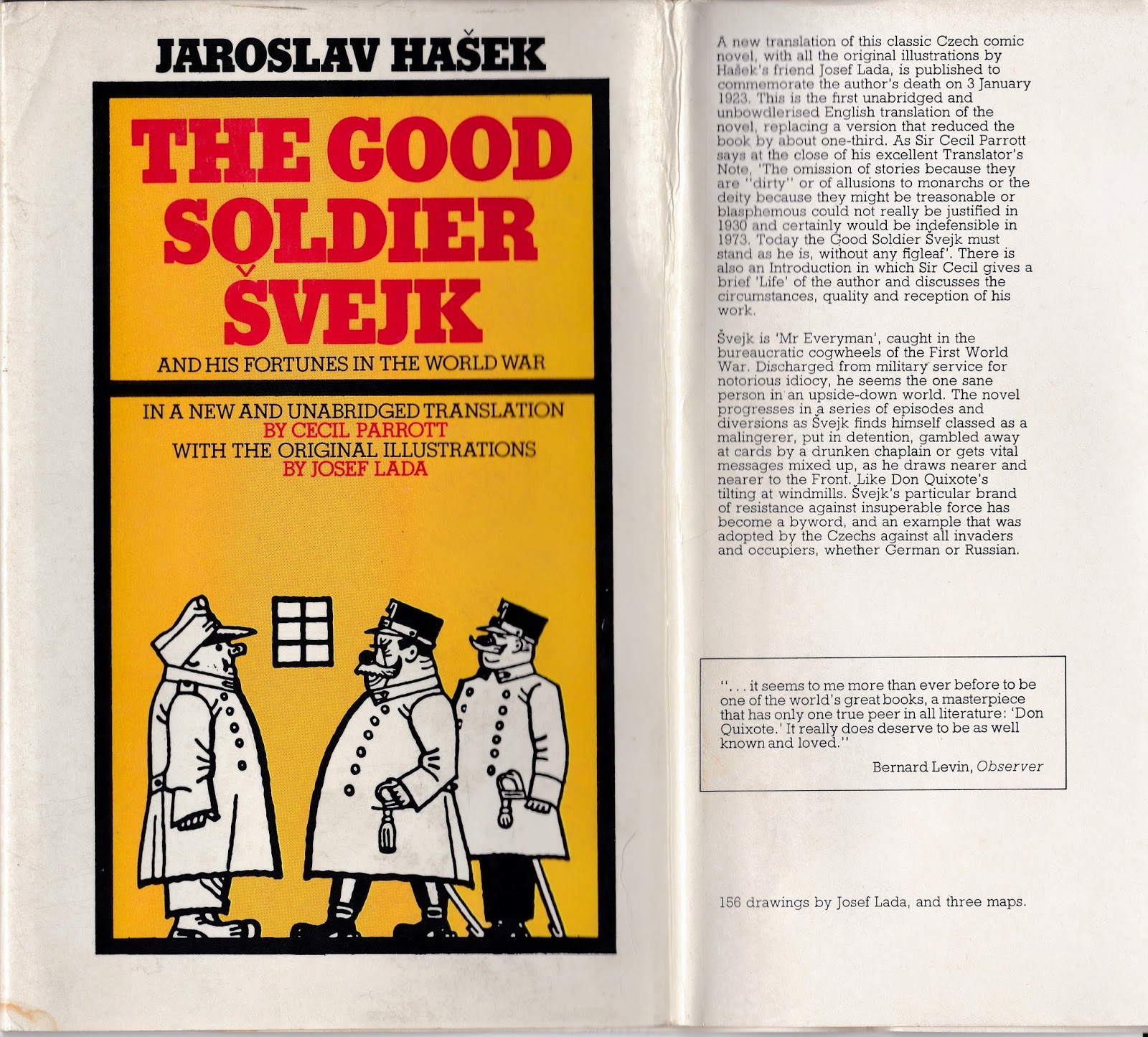 Now you will get the Bible and Shakespeare, but you can choose one other book.  This is easy.  I can imagine that long hours on the island might eventually cause some sort of depression, thinking of the worst, etc.  There is one book that can cure that, with its anarchic simplicity but enduring optimism.  Nothing can better the power of Svejk to survive the most desperate situations, and on my island I fear I may need his help.

And one luxury?  I was going to ask for a supply of yeast, so I could make ginger beer – or something stronger perhaps – but I changed my mind.  Could I have a piano?  And would it be too much to ask for Bach’s Well Tempered Clavier to go with it?  That will keep me busy…..

Paul McMullin, it is yours….. 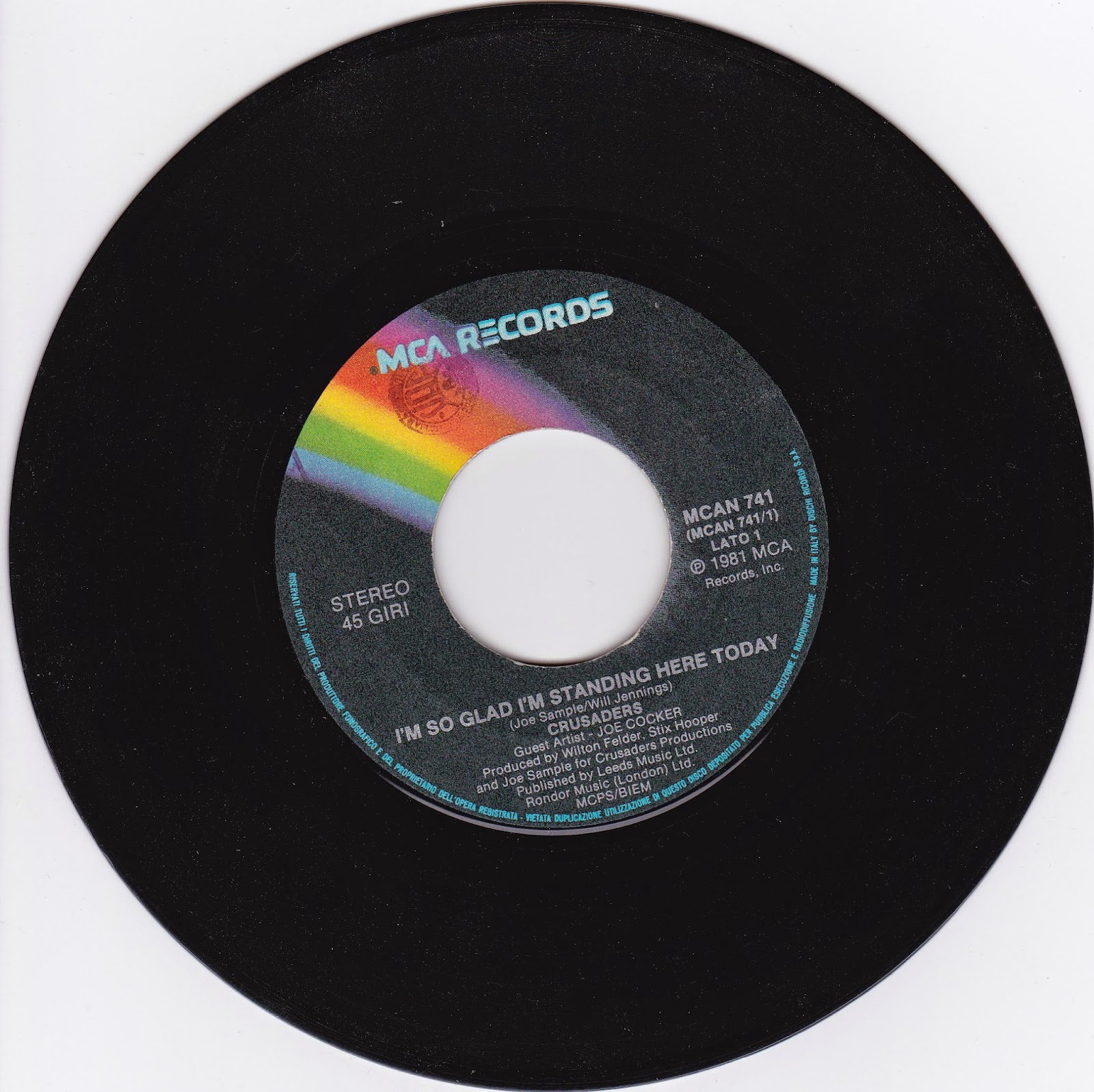 1 - Maria Callas - Casta Diva - from Bellini's Norma
2 - Louis Armstrong - The Sunny side of the street
3 - The Beatles - Rock and Roll Music from Beatles for Sale
4 - Bob Dylan - Billy 1, from the soundtrack album: Pat Garrett & Billy the Kid  [Of course Main Title Theme (Billy) would be a nice alternative as a Karaoke version.....]
5 - The Crusaders and Joe Cocker - I'm so glad I'm standing here today
6 - Bob Marley and the Wailers - Three Little Birds
7 - Carrickfergus - Van Morrison & The Chieftains
8 - Chopin - Nocturne in F-Sharp, Op. 15, No 2