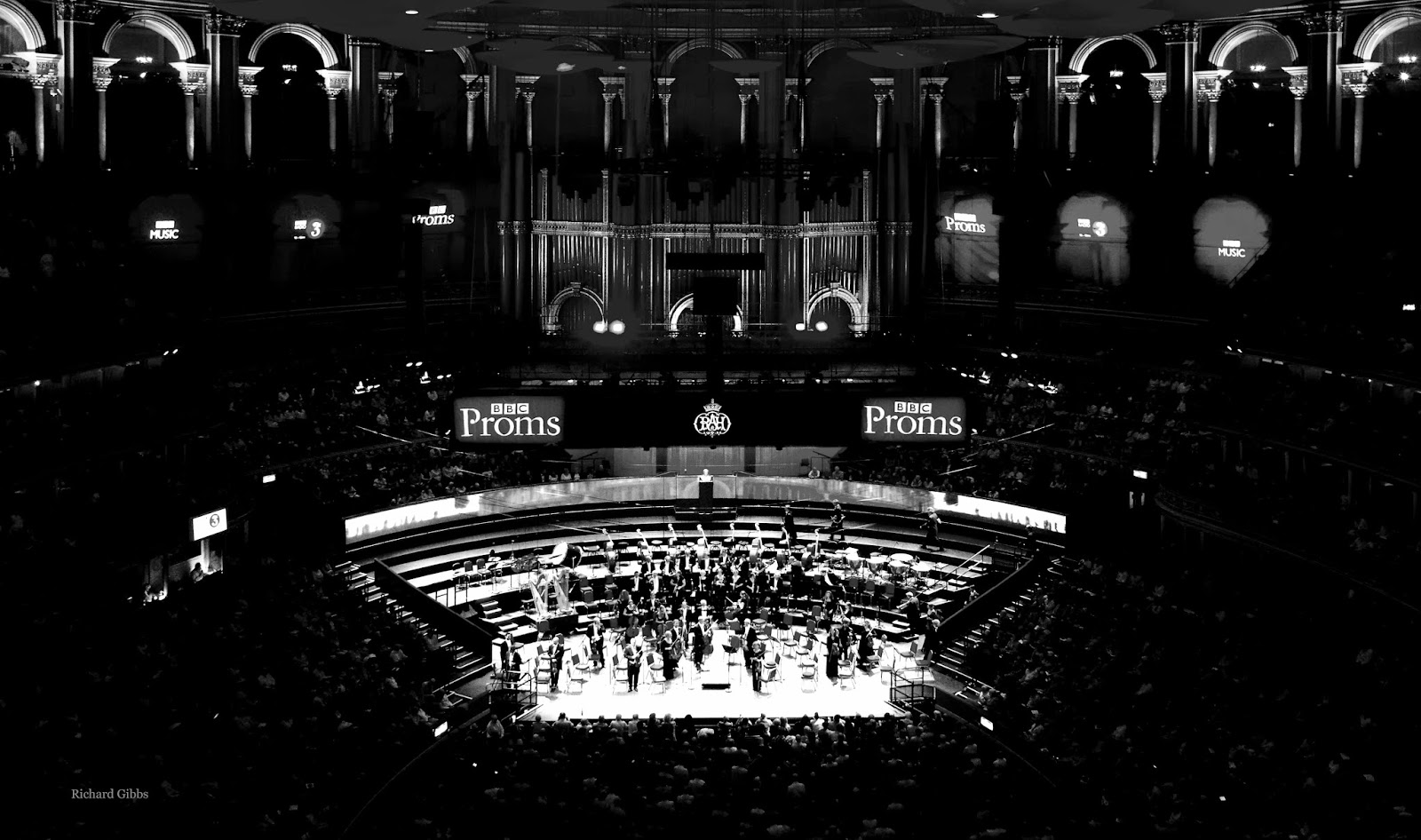 In my teens we had a club called The Festival Hole, in Joe's cellar.  We would listen to John Hammond Junior, play nine card brag or Hearts (though we didn't call it that) and smoke John Player cigarettes in various varieties and large quantities.  We didn't go to The [real] Festival Hall, but somehow must have been taken with the idea to have named our hideout after such a grand location.

And we didn't go to The Albert Hall either, but could just have easily have named our Hole after Albert - though I guess the Festival bit was important.

I did actually go to the Albert Hall twice.  Once my parents took me to a Prom.  Though all I can remember was that we sat somewhere near the organ.  Another time I got my parents to take me to see Manitas de Plata (uncle of the Gipsy Kings) and I can remember a lot of strumming and stamping, and flashing teeth.

I reached Kensington Gore just after six, and the place was littered with people.  A false start had me at the back of the queue for the Arena, but then I found where to go for the Gallery...  a disjointed snake of people reading, chatting, enjoying the evening.  A young steward gave me a raffle ticket (#483) and said I could come back in twenty minutes.  The girl behind me was an aficionado of the gods, and reckoned she could always get in.  An older man approached with a music manuscript under his arm, claiming that contrary to popular belief it was he who wrote Dvořák's New World Symphony, seventy years ago.....  The girl behind me said he was always there.

We shuffle forward, reminded by the steward to keep our raffle ticket and to remain in order.  The frieze across the dome of the hall reminds me that this has been going on pretty well since the Great Exhibition of 1851.

Eventually, I swap my number and a fiver for a real ticket and start for the stairs, pausing for a moment half way up to look back at the queue that still winds down the hill.

At the top, a little out of breath, I find myself in a huge gallery, strewn with people picnicking, chatting, reading, or checking their mobiles.  The weird lighting reflected off the sound baffles creates an unusual, sci-fi sense of space, but this is real bubble of life, a cosmopolitan mix of gentle folk here to enjoy music and to take refuge, perhaps, from a busy life.

I am allowed to photograph, on the strict understanding that no pictures are taken once the conductor enters the stage.  The promenade arena fills; those with more expensive tickets settle in and fill the rows of red plush seats.  The orchestra files in, the lights dim, and then, as my camera is put away, eighty year old Sir Roger Norrington takes the podium, looking at this distance a little reminiscent of Mr Pastry.

He turns his back, waves his wand, and the magic begins.  First Beethoven's 8th Symphony, full of jokes (apparently) which was written in 1812, mainly while he was staying in Bohemian spas.  It is thought, by some, that the light hearted mood of the symphony derives from a passionate liaison the composer may have had with an unknown lady that year, though my preferred theory is that it is because he was hanging out with that other bundle of teutonic laughs, the poet Goethe at the time.  But, hey, I am just an amateur. 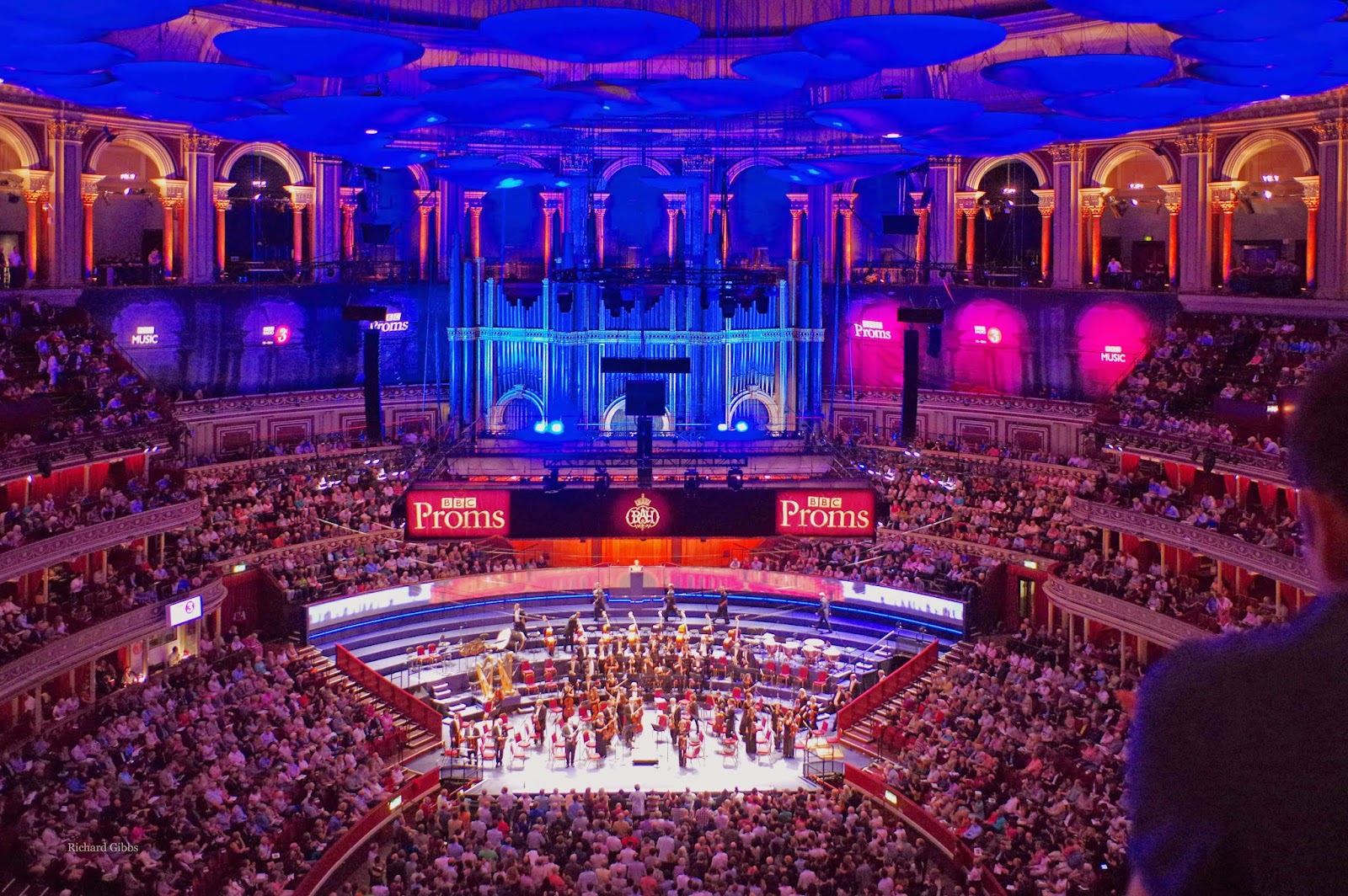 Sir Roger turns his back on us and flaps his arms like a chicken, stirring the orchestra to flutter and squawk through the four movements, interrupted by smatterings of clapping, which in my book should be reserved for the end.....  (but then I didn't vote Lib Dem).  Anyway, Sir Roger smiles benignly, showing the confidence that comes from a and education, and then dives back in to the Allegretto Scherzando, or whips up the octave leaps in the finale, which (I am told) adds to the humour.....  I note that the conductor's jerky semaphore seems ahead of the beat, but realise that the sound take time to travel up to us, as we peer down into the abyss.

Then we have Berlioz, with Romeo Alone.  I sit and watch the young go by, visualising Romeo wandering the .  The instruments filter up to the gallery, only slightly affected by Paganini's 20,000 franc commission, but more evocative of Harriet Smithson who led Hector something of a difficult dance.

In the interval I finally risk the rustle of cellophane and enjoy the roll I brought, and explore the public spaces on the floor below.  I am struck by the relaxed and courteous atmosphere.  No one jostles.  No one flaunts their finery.  With no disrespect, this is no .

And then Sir Roger returns to take us to , conjuring Dvořák's arrival in in September 1892.  It's a piece I am a little familiar with; it was one of the first LPs my brother acquired, and the melodies have stayed with me, occasionally resurfacing at times of surprise at landscape.  Now the large orchestra swells the sound (without vibrato!) and the slow opening reaches back to his childhood in mid-nineteenth century while the Scherzo looks forward to the excitement and expectation of the opportunities of the twentieth century.  (Or perhaps not?)

Outside the moon is rising.  I have a heart full of music.  Across the road a lonely figure broods in golden splendour.  It's strange how Albert and his hall take me back to my teens, and our dissolute hours in The Festival Hole.  Music is part of our lives.  The Beet goes on. 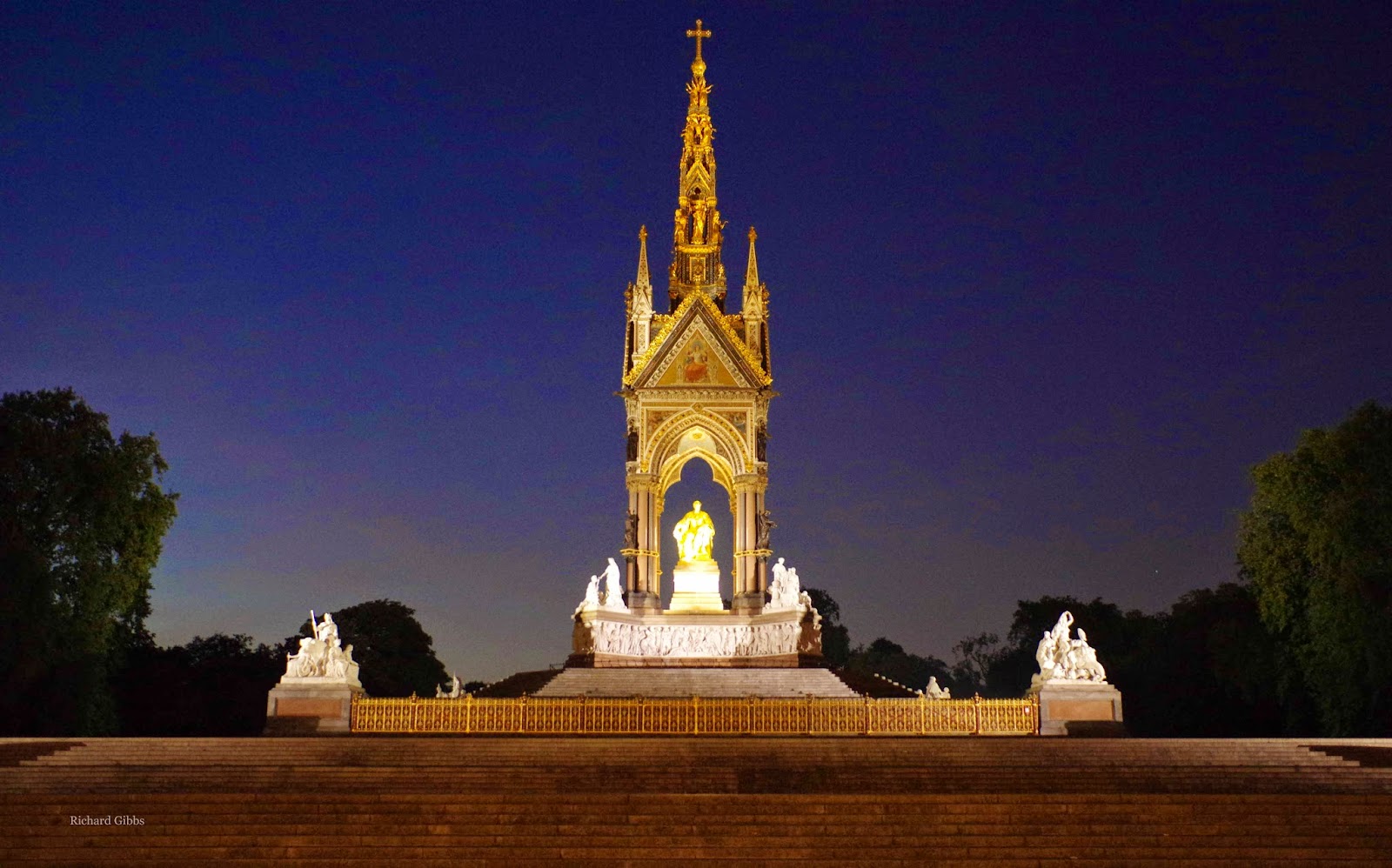