I am flying above cotton wool.  The tiny plane is crowded.  Behind me sit six reindeer.  Fortunately they have no hoof baggage.  Suddenly the pilot spirals us down to land in a peat bog.  Mary, the Warden at RSPB Loch Gruinart, where I am to volunteer, hitches the reindeer to a Vauxhall van and drives us to the Bothy at Aoradh (the first rule of Islay is that you don't say the 'y'; the second rule is that nothing is spelled or pronounced as you might expect).


The Bothy is small and perfectly formed.  The reindeer sleep in the back.  I sleep on my side, and Amy, an ex-sailor with a serious interest in spiders, sleeps upstairs.  Everything is electric, which is very economical in power cuts.  There are three jigsaw puzzles: (one of Greenland Barnacle Geese migrating south in Autumn; one of Greenland Barnacle Geese migrating north in Spring; and one of a flock of Choughs on a beach, only the Chough pieces are missing), a game of Scrabble with only the letters PLISSYRAB, and a guitar which only plays old Bob Dylan songs like 'Blowin in the Wind.' 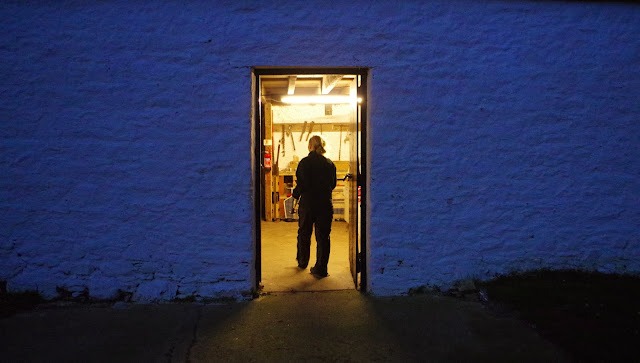 At Loch Gruinart we meet every morning in the workshop, in the dark.  The friendly team include farm workers, those who count geese, those who wrangle reindeer, and those who make cakes.  We stand in a circle. We talk of Kittiwakes and livestock sales. We receive instructions for the day.  We leave as soon as Natalie arrives.  Mary, my boss, is a gentle task-master, ensuring that I do not have to spend every day extracting staples from fence stobs, and rolling old barbed wire.  One morning is spent, instead, shoring up a decaying sluice gate; one afternoon is devoted to taking down and putting up signs on the trails.  And one day, deep joy, is spent putting fencing up, in a bog.
﻿

On Tuesday and Wednesday Natalie drives us to the Oa. Natalie, having sold her car to the local bobby and posted her piano to . is leaving soon to build a yurt.  The Oa is pronounced "Oh" and leads to the irritating song, "Nat'lie's taking us to the Oh tomorrow......  And we have to stay all day," which sticks in the mind like a thorn in a wildcat's paw.  Anyway, on the Oa, we remove fencing from unkempt vegetation, and repair fences on boggy moorland.  Also under Warden Mark's direction we move several tons of kelp from the waterline at , to further up the beach.  This, apparently, will help Chough to survive.

The Oa is wildly beautiful.  A is walking up, in gusts of wind at 70mph, to the American Red Cross monument for victims drowned in two nearby sinkings in 1918.


The views from here, over cliff edges and across the moors, are spectacular.
In addition, at Kinnabus Farm, we eat cakes, with Meg, another volunteer in the team....
﻿
Back at Loch Gruinart, we eat cakes. 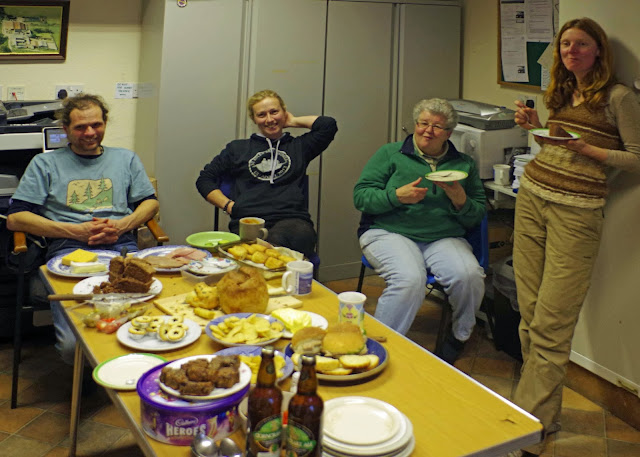 
﻿
And we count Whitefront Geese, getting up in the morning to the most delicate dawn.  We count members of the Thrush family on the moors and in the woods.  We count Chough going to bed at dusk near the uninhabited coasts, in the freshest sunset. And we walk down the western counting waders, in driving rain, and in blinding winter sun that slants in, shining up from the mudflats at low tide.
﻿﻿﻿
﻿

On the day of the great storm the power goes out across the island and winds reach over 90mph.  We check outposts of the reserve, and with the sea whipped into double cream,
﻿﻿﻿
﻿


I find two creatures washed up on Saligo beach.  At the same time a Pilot whale is washed up on the . The two incidents are unrelated.
﻿
﻿

In the meantime, the reindeer have done one of the jigsaws. We eat smoked fish by candle light. According to a serious notice from the Argyll and Bute Council we should not drink the water, so we drink whisky, one of the main products of Islay and one of the few commodities on the shelves of Bowmore's Co-op.  The atmosphere is cosy, and the reindeer are well behaved, as long as Amy supplies them with chocolate truffles laced with Laphroaig Quarter Cask single malt. 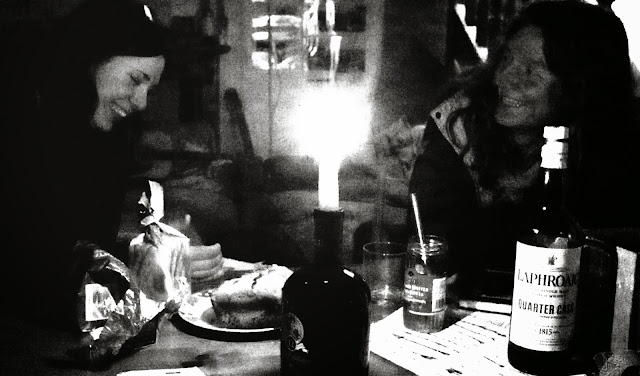 ﻿
﻿
﻿
In my dream I wake up and find it was all a dream.  It is time to leave.  The reindeer draw my sleigh to Port Askaig to catch the ferry. 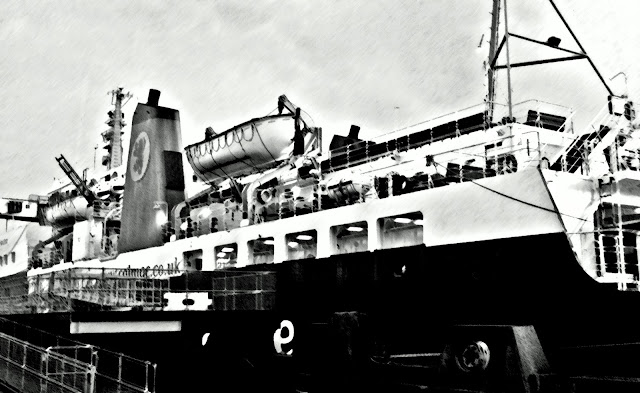 A flight of Barnacle Geese in a V formation dip their wings in salute overhead.


﻿
My new found friends stand on the Quay and wave as we head into the gale.  I shower them with fairy cakes in gratitude, thanking them all for their part in my dream.  Across the harbour I hear a reindeer singing, while another strums the guitar:
﻿
﻿
﻿﻿ 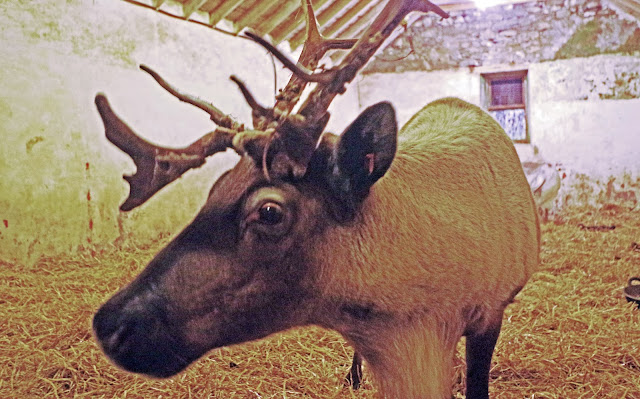 disappears into a mist of cotton wool......

Far far away on the Isla' of Dreams
(Clyde Mcphatter - Island of Dreams)
[This piece was originally written for the RSPB at Loch Gruinart, with sincere thanks to all the staff there and at The Oa]