On March 5, 1971, Edwin Morgan recorded an incident in Glasgow that perhaps caught something of the time.  He wrote about it in his Instamatic Poems, seeing two young men throw an innocent couple into a plate glass window and then loot the shop and escape.


It is a sharp, clear night
In Sauchiehall Street
In the background two drivers
Keep their eyes on the road﻿
﻿﻿﻿﻿﻿﻿﻿﻿﻿﻿

﻿﻿﻿Sometime not long after I passed through Glasgow, arriving on a coach in the and having a few hours to spare before my connection.  The city was deserted.  I could find nowhere open.  Nothing to eat or drink.  Then, at a magic moment, the pubs opened.

This time I arrive at the Central Station, and the city has its arms open, though there is a sober atmosphere, following the St Andrew's Day disaster, when a police helicopter crashed into the busy Clutha pub, only hours before.  I walk up through the streets, bright neon inviting me to buy comfort.
﻿﻿

In the morning I rise early to explore.  It is a bright Sunday, and the streets are quiet.  Edwin Morgan's city has changed.  No longer,
Meth-men mutter on benches
pawed by river fog.  Monteith Row
sweats coldly, crumbles, dies
slowly

All shadows are alive.

﻿And traces of the old city still haunt the streets.  The Lion Chambers at ground level are empty and the art deco splendour of its upper floors stands desolate and forgotten.

﻿And everywhere there are touches of,

Clammy midnight, moonless mist.
A cigarette glows and fades on a cough.

﻿
﻿ ﻿
﻿
I walk down Hope Street, noting the emptiness of the upper floors.  By the Grand Central Hotel a lonely fireman stands, masked, hiding geo-cached secrets from around the world in the still morning.﻿

The Clyde slips past in the sunshine, as if nothing was new, or old, or amiss.  But its stillness belies the drama at the end of Bridgegate.

﻿Two helicopters whirr above the scene, hanging perilously in the air, while lines of police cars and vans block all the roads around.  Blue and white tapes flit in the breeze, and quiet police in high viz jackets stand to keep the peace.  ﻿﻿﻿﻿In Stockwell Street the press are gathered, waiting, watching, stamping in the chill.


This accident was the single biggest loss of life in Glasgow since an explosion at the ICL/Stockline Plastics factory in May 2004, when nine people died.  When the helicopter 'dropped like a stone' on the Clutha bar at 10.25pm on Friday, November 29th its three occupants and six unsuspecting members of the public within the building were killed outright.  Many others were injured, several very seriously.  The pub was full, with at least 120 people listening to the ska band, Esperanza.

I walk on, past a vivid expression of unexpected danger painted on a nearby wall.  And I wander into Glasgow Green, past the colossal monument to Nelson's naval victories to the delicate elegance of the Winter Gardens.


And then there is the Doulton Fountain, crowned by Victoria, 14 metres in the air, displaying scenes of Empire, representing the colonies.  It has stood here, unscathed since 1890, but what will come of it in the independent years?  Will Glasgow rename itself, following in the steps of other cities once graced with statues of her majesty, like Madras....?


Other artwork, less obviously polemical, graces the city walls. A robin, a black grouse, and a red squirrel stare at me as I pass, questioning my intrusion on their territory.

﻿﻿﻿But even their tenure is temporary.  Glasgow, like all cities, is reinventing itself.  One of William Burrell's first purchases for his collection was painted by a Dutch Artist on April 17th, 1868, recording demolition of parts of Paris after the 1848 revolution.  Napoleon III ordered large scale improvements to water supplies and sewerage, but also wanted to widen streets to make them less easy to barricade.

﻿﻿﻿In Glasgow's centre the old tenements are going fast, exposing the daily life of the past, making way for bright new futures.﻿

﻿﻿﻿
But the past will not go away﻿﻿﻿ easily.  Dominating the city is the Necropolis, to which all must make their way.  The views across to distant hills, and wind farms, are grand, and from here the dead may survey the changes that come and go.

The great, the good, and the ordinary are interred here.  The victims of the Clutha will make their way to this hill in time, and some will be remembered with flowers.﻿﻿﻿
﻿﻿ ﻿﻿
﻿﻿﻿﻿ ﻿

But not before the prayers are said and the grief is outpoured.  In the great gothic Church of Scotland cathedral, dedicated to St Mungo, four children light candles for the dead, and the Reverend Dr Laurence Whitley speaks of defiance in the face of suffering.  Our great and vibrant and irrepressible city shall stand together with our suffering ones and hand in hand go forward into the light.....

The choir sings Lux Eterna by Elgar, and the congregation stand to join in In Heavenly Love Abiding by Anna Laetitia Waring.  The press move out, and the people of Glasgow take coffee in the nave.
﻿﻿﻿﻿﻿

I cross the road to Glasgow's oldest house, where the table is bare, and the centuries of inhabitants, including those who ran a sweet shop on the ground floor, have departed.  Behind the building is the St Nicholas Physic garden, where samples of medieval medicinal plants﻿﻿ soothe the troubled air.

I take the 57 bus out to Pollok Park, to wander amazed amongst the treasures of the Burrell Collection.  Water infiltration into the insulation layer of the roof is due to close this for some years, so see it now if you can.  Sir William Burrell (1861-1958), a Glaswegian shipping merchant, collected 11,000 works of art, ranging from a Virgin and Child by Bellini, through a Rembrandt self portrait, to a stunning display of Impressionism.  There are also medieval doorways, tapestries of gorgeous detail and pieces of sculpture from ancient times and far away places.
﻿ ﻿﻿
﻿
﻿

While art is no substitute for life, there is conciliation in the patient work of artists, and we can stand to admire the scenes of life from other times represented.  Look below where a girl reaches down to release the man's sleeve from a thorn.  Care in adversity keeps the clock ticking.....﻿

﻿﻿ ﻿
﻿
Then, when the spirit has been nourished, the body has to be looked after, so I take tea at the Willow Tea Rooms, a less famous piece of Charles Rennie Mackintosh﻿'s work than the nearby School of Art (which is currently subject to major work).  Mackintosh designed this shop on Sauchiehall Street, from facade to interior detail, for his tea-making patron Kate Cranston in 1903, and there is not a tea-bag in sight.
﻿ ﻿ ﻿
﻿
﻿
And then it is night, and time to enter the bars again.  On my first visit, opening times were tightly controlled, and I guess the Calvinist ethos still prevailed, but times have changed.  Carol Ann Duffy, brought up in the Gorbals, bears witness to a different era in Before you were mine:

I remember my hands in those high-heeled red shoes,
relics, and now your ghost clatters toward me over George Square
till I see you, clear as scent, under the tree,
with its lights, and whose small bites on your neck, sweetheart?
﻿
I find myself next to two sisters, cut blonde hair and jewelled hands.  The clean shaven boy friends wear tight leather jackets and drink lager.

Times change. ﻿
﻿
﻿
﻿
﻿﻿﻿
And in the near empty State pub a fellow lone drinker reads about The Clutha in the Sunday papers, while Sky Sports carries the legend ATH 0 - 0 FCB on several screens at once.  A half pint of Highland Orkney Pale and a small Glenfiddich costs £3.40.

And just near the Clutha bar the city mortuary is closed for the night.﻿ ﻿﻿


And then, as the great Humphrey Lyttleton might have said, As the heavy boot of destiny approaches the bunny hole of eternity, I notice it's the end of the show......  ﻿﻿ 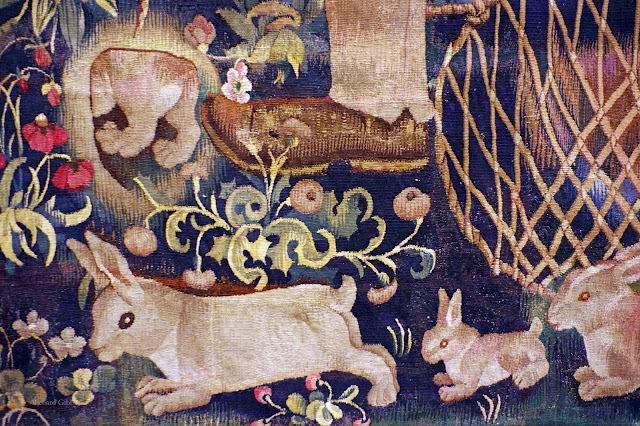