I am in the New Theatre, Oxford, and Henry VIII is cheating on Anne Boleyn, attracted to Jane Seymour after Anne has produced a daughter.  Henry looks a little like a cross between Mick Fleetwood and Bill Bailey, and he has a neat chain-mail cod-piece, which makes it seem as if he is wearing his underpants over his trousers.  He is clearly a bad egg, and our sympathies rise with the Treorchy Male Voice Choir's maelstrom chorus as Anne defies history with her brave, untimely death.

I exaggerate a little.  It wasn't the Treorchy Choir; it was the Welsh National Opera, performing Gaetano Donizetti's Anna Bolena.  And I am ignoring the importance of male heirs.  But underlying the interest is that in the 1530s Henry VIII drove through more radical reforms than Michael Gove ever dreamed of.  In some ways Henry VIII was to England what Ceausescu was to Romania, or Gaddafi was to Libya:  on the face of it a much-loved leader with the greater good of his country at heart, concerned about the stability and the future of his independent realm, but in reality a mean, selfish, twisted, callous figurehead of a short-sighted and biased regime that was responsible for the one of the greatest acts of vandalism against the arts ever perpetrated.  The dissolution of the monasteries was not just a political move designed to remove power from the extremely rich religious barons, but it was also the destruction of superb architecture, and thousands of extraordinary works of art that were contained within those buildings.


I am in Hertford College, in the rather dark lobby outside the chapel, and Helena gropes for a switch behind a great wooden frame.  Suddenly William Tyndale, famous for his translations of the Bible, is standing before me.  Born in Dursley in the Cotswolds, in 1494, he was a student at Magdalen Hall, which later became Hertford College.  He then left England in 1524 and wandered Europe, learning Hebrew (something that was against the law in England), writing, and translating the bible.
I am visiting Hertford because my father was a student here immediately before and after the second world war.  And here is Tyndale, another Oggsford man whose life ended in strangulation and conflagration in 1536, in Belgium. He had been betrayed by a spy from Oxford, Harry Phillips, sent by the Holy Roman Emperor to track down the man who translated the Bible into English (about 90% of the King James' Bible was translated by Tyndale).
﻿
﻿
Tyndale was influenced by Erasmus and by Luther and was one of the greatest scholars of his age, which was one of extraordinary technological development:  the printing press was the iPhone of its day, and it became impossible to suppress the circulation of ideas when they were in print form (and they were in the vernacular).  At one point the Bishop of London bought six thousand copies of Tyndale's New Testament and burned them on the steps of St Paul's Cathedral in an attempt at eradicating the smuggled blasphemy.

﻿
﻿
Anne Boleyn, who was probably better read than her husband, was a fan.  And Henry himself was impressed by the Obedience of a Christian Man (1528) which attacked papal authority.  But then in Practice of Prelates (1530) Tyndale condemned Cardinal Wolsey and Henry's divorce.  So he lost his Royal Favour.....

﻿
﻿
And speaking of Cardinal Wolsey..... he was appointed Lord Chancellor and Chief Councillor on Christmas Eve 1515 and was enormously powerful for fourteen years, during which he suppressed an Augustinian Monastery in Oxford, in 1524, and founded in its stead Cardinal College.


﻿
﻿
After Wolsey's fall from power in 1529, which came about essentially because his position as a Roman Catholic Cardinal linked him too closely to Rome for Henry's comfort, Henry himself renamed the College as Christ Church. Then, not long after, in 1546, he created a Bishop of Oxford as one of six new Bishops to consolidate his supremacy over the last embers of resistance in the ruins of the monasteries.  An outcome of this is that the Cathedral Church of Oxford is the smallest Cathedral in the country and is also Christ Church College Chapel.
﻿
﻿
﻿
﻿
The Church is essentially twelfth century, and is one of the oldest buildings in Oxford, but much of its interior was redesigned in the 1870s by Sir George Gilbert Scott, the grandfather of Giles, who designed the red phone box,a(mong other things.....) The Church also boasts stained glasses by Edward Burne-Jones.....
﻿
﻿
﻿


And this College also draws innumerable tourists inspired by such names as Lewis Carroll (Charles Dodgson both studied and taught here), and Harry Potter.....  Not to mention six Prime Ministers.

﻿
﻿
Teaching began at Oxford not long after the Norman Conquest, but in 1167 when Henry II banned students from going to Paris it became very well established. It had achieved world renown by the fourteenth century, and Chaucer's Clerk of Oxenforde was perhaps a typical student of the time.


In the fifteenth century all teaching and examining took place in the School of Divinity, which is now a part of the Bodleian Library.
﻿
﻿
﻿
﻿
As the University's fame and fortune increased, the Colleges, replacing the religious houses that had existed before Henry VIII, developed and embellished themselves.  Hertford copied the Bridge of Sighs (or rather the Rialto Bridge - some confusion there!) from Venice:

﻿
﻿
All Souls College employed Nicholas Hawksmoor, whose rebuilding of the North Quadrangle is one of Oxford's splendours:

﻿
﻿
While Christopher Wren provided the University with the Sheldonian Theatre:

Which has an extraordinary ceiling, made up of 32 painted canvas panels (the work of Serjeant Painter to the King, Robert Streater, in 1668/9) which have been recently restored:
﻿


And just nearby, drawing considerably on plans by Nicholas Hawksmoor, James Gibbs produced the Radcliffe Camera, one of the iconic buildings in the city.


In the meantime, following the death of Henry VIII, his daughter Mary I attempted to re-establish Catholicism and so tried Bishops Latimer and Ridley, and Archbishop of Canterbury Thomas Cranmer, in the University Church of St Mary the Virgin; found them guilty and burnt them; if nothing else continuing in her father's tradition of being unreasonable and a little on the cruel side.


Less than one hundred years later, during the civil war, Oxford was the choice of Charles I as a place to hold his counter parliament, with the Lords sitting in the Convocation House and the Commons in the School of Divinity. 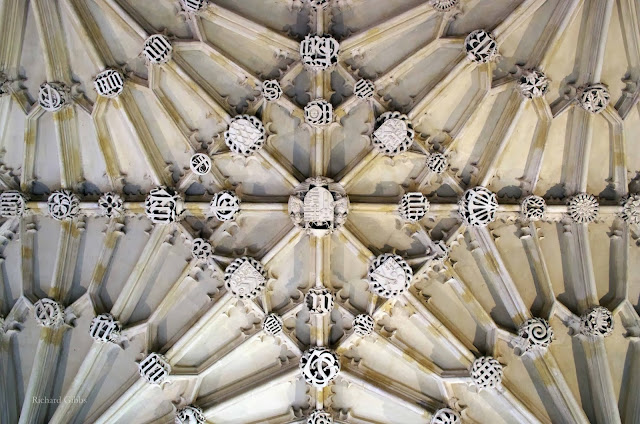 And in the meantime, the people of Oxford, and the students and visitors and drinkers and talkers, gather in their own parliaments to debate the world and its paradoxes.  One favourite haunt of my father's was the Turf Tavern:


﻿
﻿
Which is almost impossible to find and harder still to get out of, but which is recorded to have been serving beer since at least 1381, as Richard II is known to have taxed it.

Oxford bustles on in the 21st century. In its books and buildings may linger much of the history of this world, and in its industry there may be some of the future too. 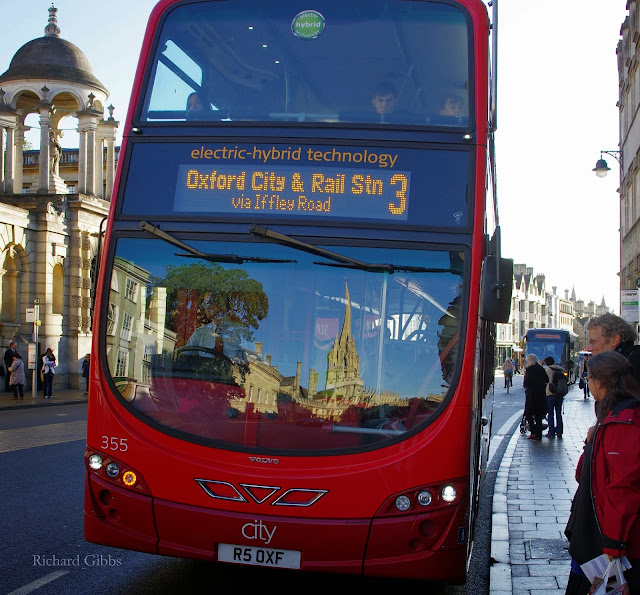 Students still dominate, the click and whirr of bicycles in the morning filling the brass rubbed streets around the centre, the slap of flat-soled shoes, the brush brush of thick stockings, the very slight squeak of hinges on heavy spectacle frames that are just a little loose.....
﻿
﻿
The jiggle of saddle springs that are just a little too low....﻿ 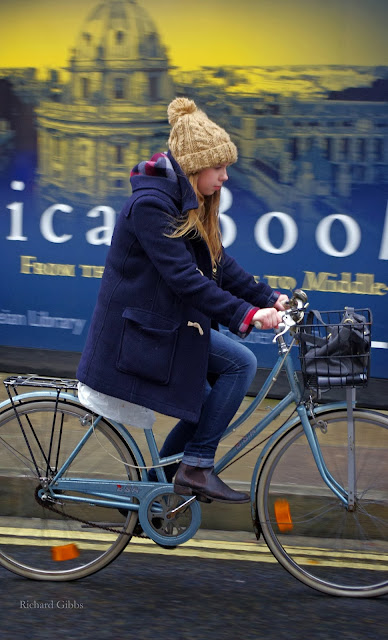 While the museums attract others who may wish to study in a more individual way:

﻿
﻿
﻿
In the windows of the colleges, and framed by their arches, we see ourselves, and our pasts, and our futures.  Some of us were privileged, or gifted, or coached, or goaded, and made it to spend some 72 weeks within these sheltered courts, becoming fine china rather than clay pots.  Some of us perhaps could have made it, but never found the key, or the lock, or the door....  Others, like Jude the Obscure, dreamed of the advantages and the glory, but fell back and died of the cold world behind.

﻿
﻿
Others, like Harry Potter, perhaps, or Jay Gatsby, dreamed different, or bigger, dreams. They wanted divorce from the world of the Muggles, the world of the everyday, and dreamed so hard that others caught that dream, and wound into it to develop their fortunes, elegantly billowing like Daisy Buchanan or ashily overseeing the road to riches like Dr T J Eckleberg.  Lying high to avoid deception.


Jay Gatsby, did extraordinarily well in the war. He was a captain before he went to the front, and following the Argonne battles he got his majority and the command of the divisional machine-guns. After the Armistice he tried frantically to get home, but some complication or misunderstanding sent him to Oxford instead.
And so the fixer, Wolfsheim, boasts of Jay Gatsby, He's an Oggsford man.....  He went to Oggsford College in England......


Is it chance, or fortune, or the willing cooperation of the underclass, that does this? Gatsby was a fake, a fraud, a slender fraction of a man. Was Henry VIII something similar? His dreams started with his brother's wife. And when he could not have her, he moved the goalposts. 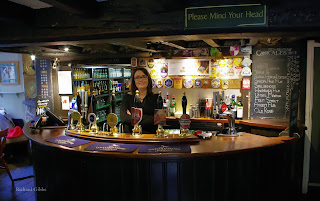 Ultimately my confusion is between my culture and my instinct.  I leave the theatre and its grey hairs and the streets are punctuated by children playing with alcohol and tobacco, laughing in cross-legged groups within darkened doorways.  Police cars parade like overconfident migrants.  I am in a dream.  I wander the college gates, the market stalls, the rainy park.  The night kisses me goodnight with an early moon, and I take my weary leave of the real world, the world of kebabs and clubs and youthful excitement in company.
I wake in my college room, a sepulchral quiet weighing on me like the guilt of accusation.  I tiptoe out into the garden. Anna Bolena turns her back on me, attending to her hair.
I know it is not my fault.
But.
I need to ride my bike.  To fudge my muted colours in the mix. 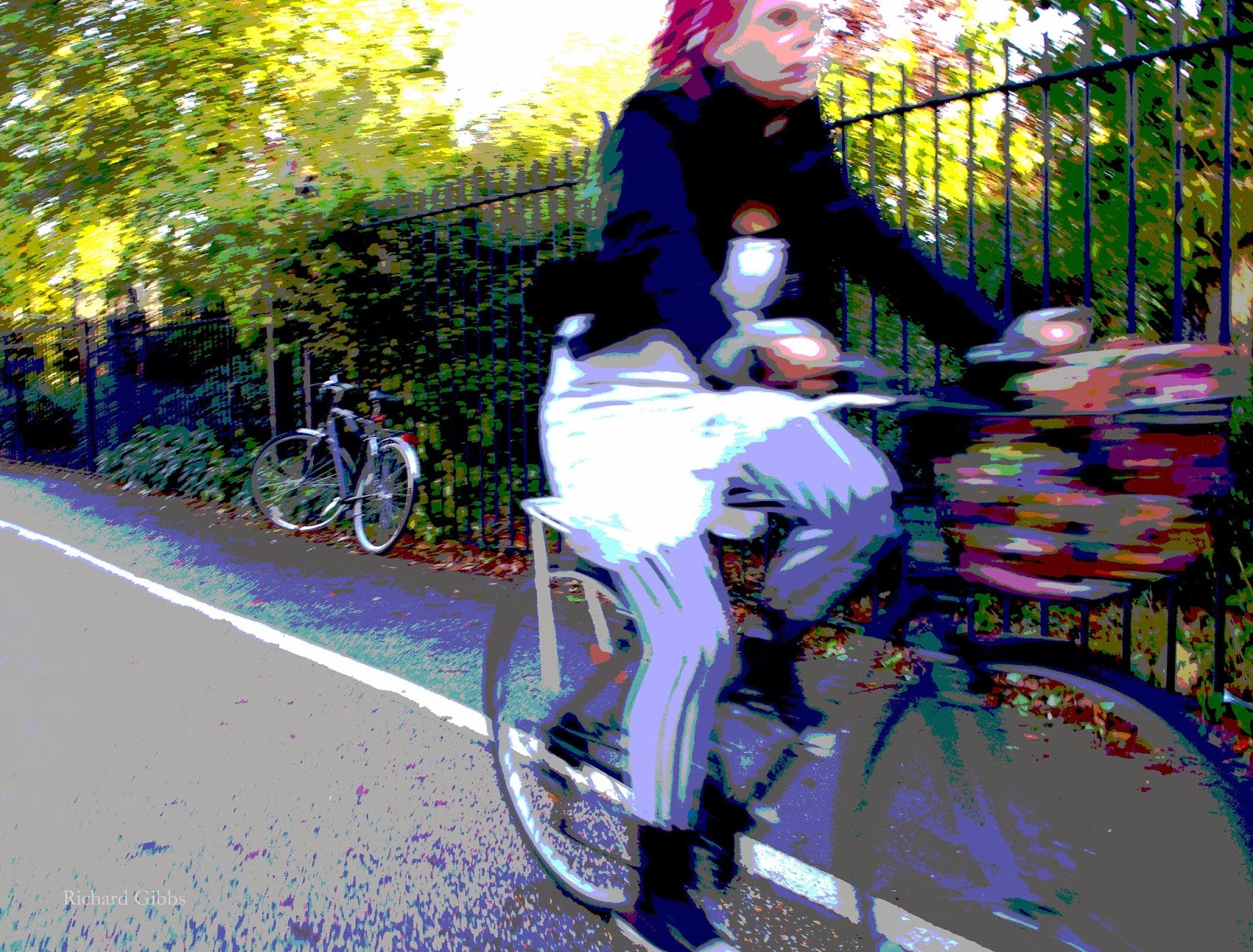 Good Christian people, I am come hither to die, for according to the law, and by the law I am judged to die, and therefore I will speak nothing against it. I am come hither to accuse no man, nor to speak anything of that, whereof I am accused and condemned to die, but I pray God save the king and send him long to reign over you, for a gentler nor a more merciful prince was there never: and to me he was ever a good, a gentle and sovereign lord. And if any person will meddle of my cause, I require them to judge the best. And thus I take my leave of the world and of you all, and I heartily desire you all to pray for me. O Lord have mercy on me, to God I commend my soul.