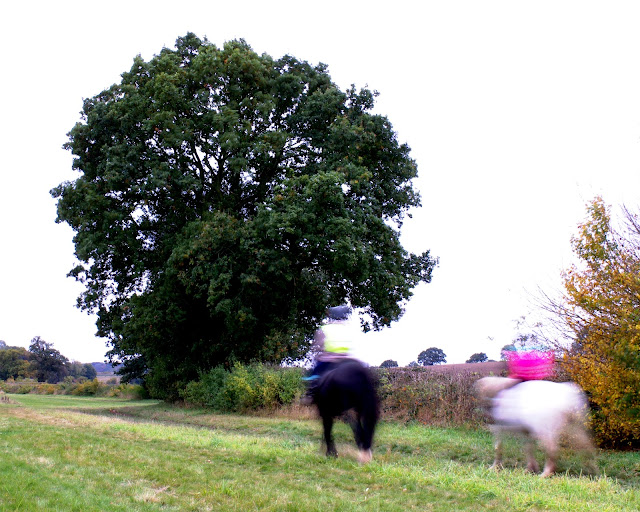 The Orange Street entrance to the National Gallery in London takes you (almost) straight to Middelharnis.  Meindert Hobbema's painting of "The Avenue of Middelharnis, 1689" is one of the picures I most like to inhabit, walking down the unpaved road, past the man trimming the saplings in his plot, toward the rusty collection of brick and tile buildings in the distance.  There is a calm there that is a relief from the busy world outside, where Nelson dominates Trafalgar Square and traffic perfumes the air.

But nearby hang some other trees, where Claude Gellee (better known as Claude Lorrain) plays with the effects of light on leaves, delicately idealising landscapes from the Villa Madama in Rome, for example, infusing it with dawn or dusk and creating pastoral scenes from Virgil's poetic world.  His trees form the background to Narcissus and Echo, or shade Psyche outside the Palace of Cupid, or frame a Goatherd and Goats.  The subjects, painted three and a half centuries ago, are curiously quaint to us now, but the shapes of the trees, the exquisite detail of individual leaves and the impression of soughing boughs and fluttering light, sometimes with the sun quite in the viewer's face, are as fresh as if they grew this year.

I rest in the peace of these rooms, not much frequented compared with the buzzing enclosures of the Impressionists, and drink in the greens and golds, bathing my city dirty eyes.

Then, wandering towards the darkening skies of London, I pause to admire Jean Baptiste Camille Corot's "The Four Times of Day," where four canvases depict the same scene at Morning, Noon, Evening and Night.  The dash of the 19th Century, as opposed to the care and craft of the 17th, is apparent here, but there is still a beauty about the trees, the way they reach up toward the light, and drift down toward the night.

Back in the countryside near home, a sunlit afternoon entices me out, and almost in play I place my iphone on the dashboard of my car, some Bach playing on the radio, and I experiment with the light on the autumn trees, some still holding their glorious leaves, some now bare sticks in the sky.  The effect, though uneven and crude is pleasing to the eye, as the treescape slips past the open lens, and an unusual perspective unfolds in the replay.  It's nothing like the scenes created on canvas, but perhaps there is some connection in our delight in woodland, sadly depleted in the modern world, and seemingly undervalued by the bullingdon philistines who sought to sell the remaining arboreal dells for profit. 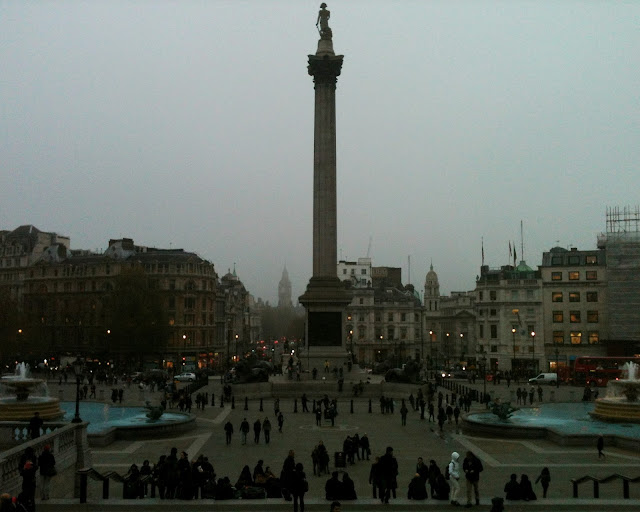