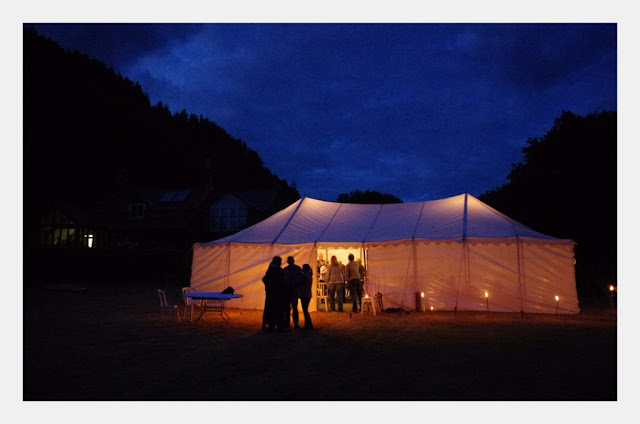 The sun is sinking, like a plum in an oil slick.  Canvas flaps, earth and crushed grass churn underfoot.  Hilary greets us as we slip into the warmth of her marquee, steel pegs and raw sisal upholding the peace.  Outside the sun goes on sinking, while the river shivers on into the sea, past darkening trees and strands of salt marsh.  Inside we are cheered with fizzy wine and propelled into a barn dance.


It’s a well drilled melee: the caller expertly corralling the herd: Penny swings with actor John; Lucia does the doz-e-doh with a slender man in a black Stetson – could it be Virgil Clenthills III?  The sheep-shorn beard, the crushed lilac top, the yellowing cowboy boots – this had to be the country legend, the one, the only, the man of whom it was once said, “‘If you've ever woken up with a broken heart in one hand and an empty bourbon bottle in the other - Virg is singing just for you.”  My wife pretends to swoon; I pretend to catch her.  The author of “A Song for Hank Williams,” is just a step away. 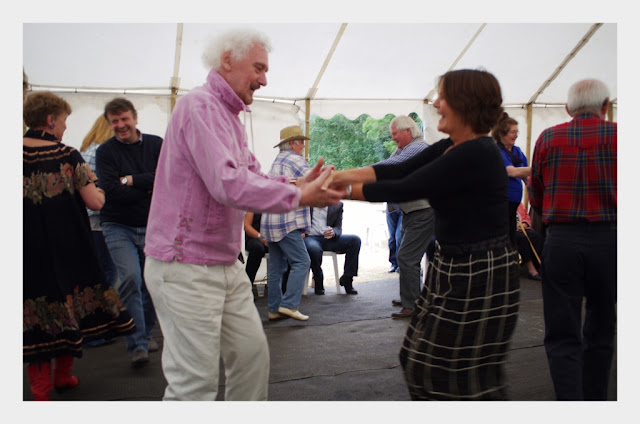 Virgil Clenthills swears he was born in August 1939 in Intercourse, , son of an illegal English immigrant and half Shoshone Virginia Mae Pluckett who then orphaned him at the age of five with a Packard. But really Virg was created by Gareth Owen at 70, in . 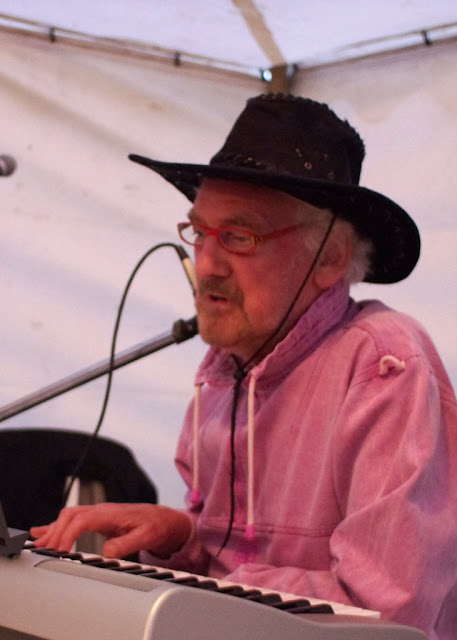 As Virg recalls, he launched his “World Tour of , Presteigne, Ross and B’ham,” in 2010 to avoid the limelight, and tonight we find him in Bontddu, in the , on The Dolgellau to Barmouth Mawddach Trail.  Now, as the sheep draw near, bleating like crickets, Virg sets up his keyboard and exposes his country veins, lurching into “Stone Drunk Again” with barely a glance at the words.


Then, as the Welsh Whisky flows, we join in the chorus of “Happy with That,” a classic tale of degeneracy and domestic discord on a run-down homestead. 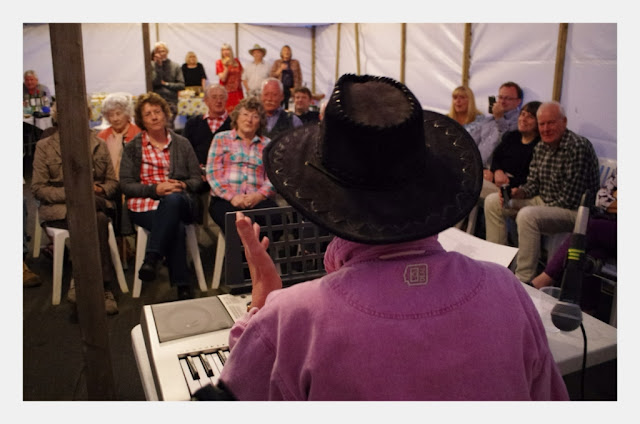 Later, we cross the creaking bridge back to the George III Hotel at Penmaenpool, the moon above like a pearl set on black satin, singing:


Who talked with a man


Who saw Jesse James riding by….”


October 14th 2012
Entered for the Guardian Travel Writing Competition, 2012, An Encounter category - not even a runner up.....  Probably classed as more hip-replacement than hip!