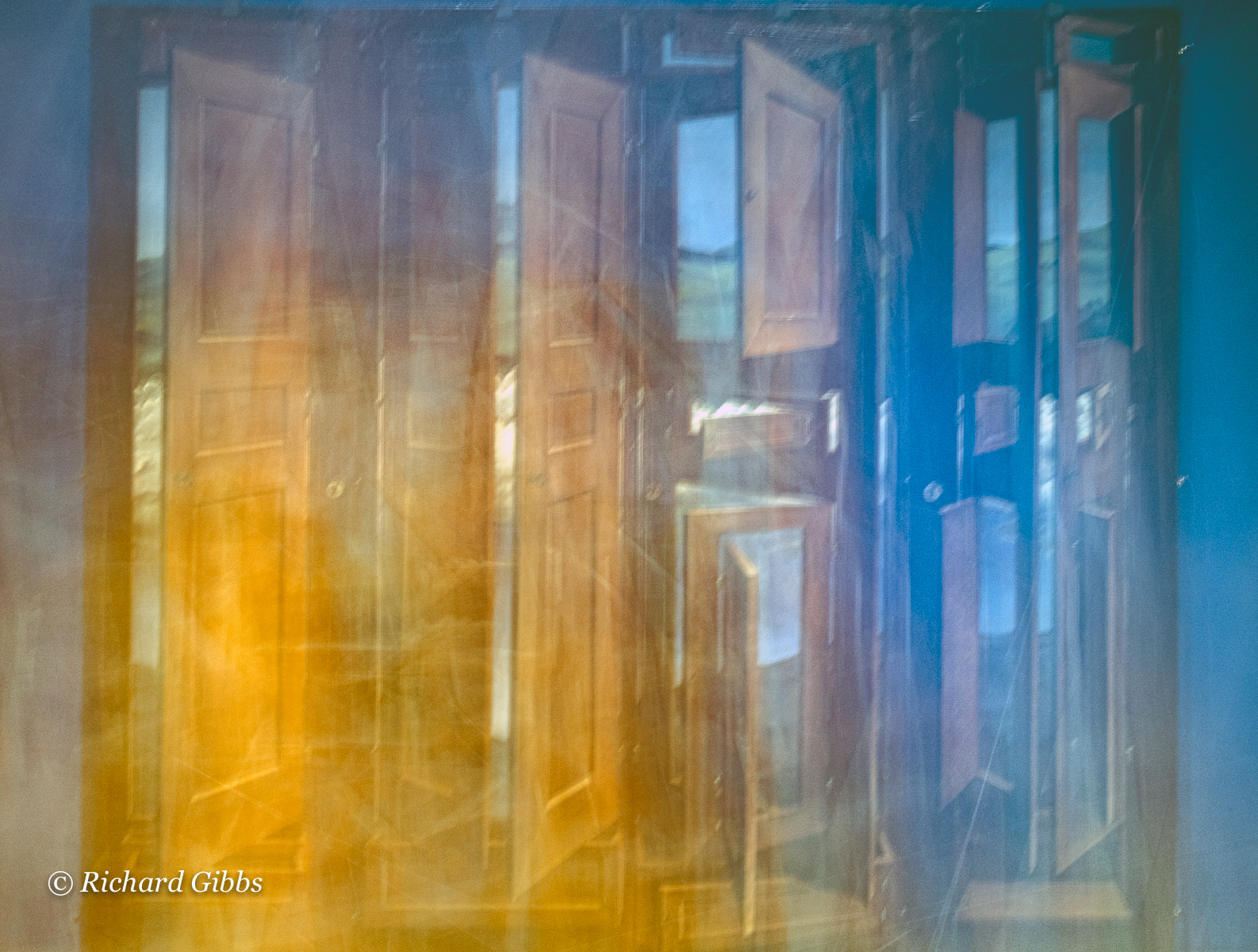 A Surrealist manifesto was written by André Breton, [French poet, essayist, critic, and editor, chief promoter and one of the founders of the Surrealist movement] and published in 1924. The document defines Surrealism as:
Psychic automatism in its pure state, by which one proposes to express — verbally, by means of the written word, or in any other manner — the actual functioning of thought. Dictated by thought, in the absence of any control exercised by reason, exempt from any aesthetic or moral concern.
The text includes numerous examples of the applications of Surrealism to poetry and literature, but makes it clear that its basic tenets can be applied to any circumstance of life; not merely restricted to the artistic realm......
Which brings us to the now..... 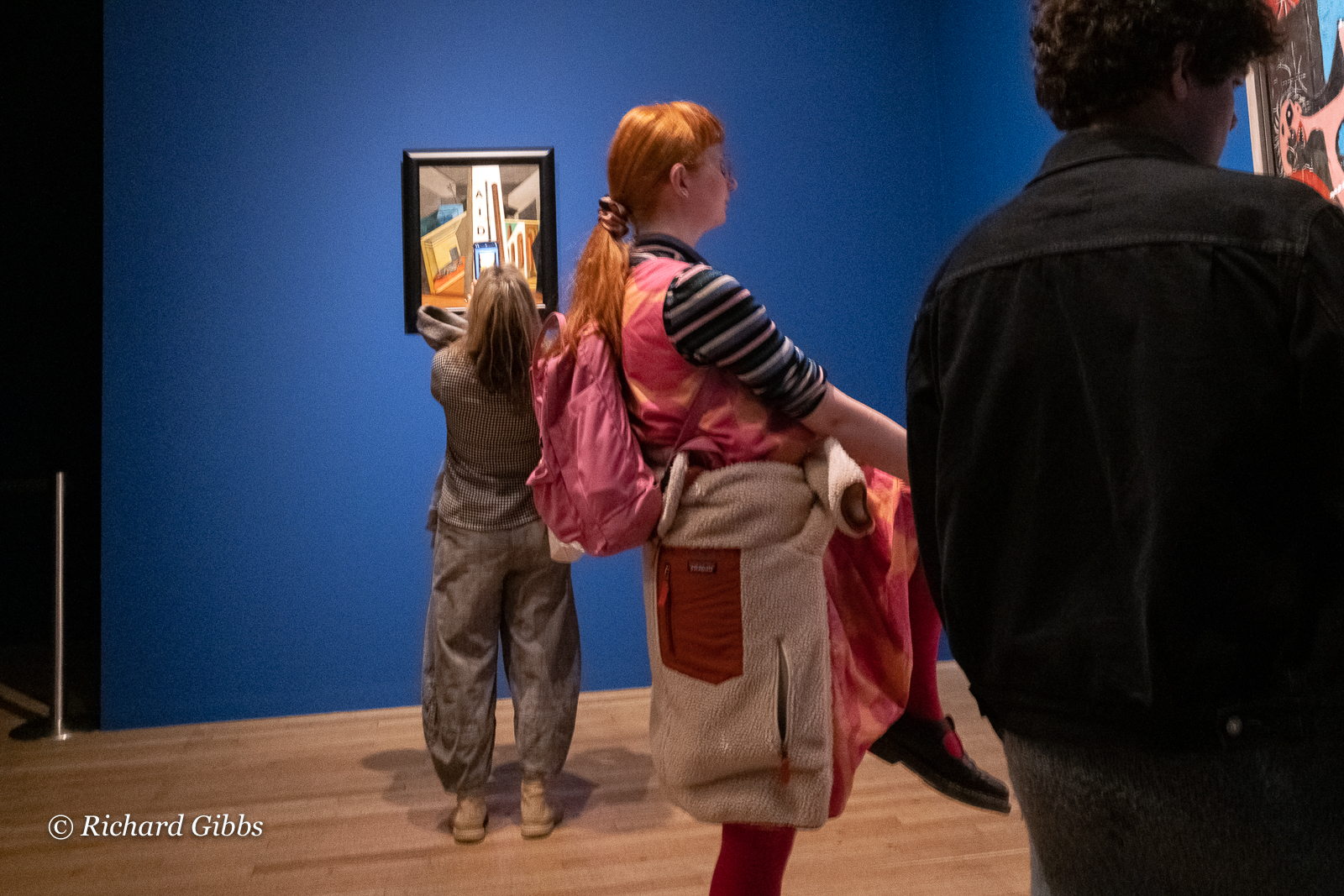 I am in the shell of the Tate Modern, once a power station, now a vacuum cleaner for the school holidays, sucking children and tourists into a state of dusty confusion, where the received wisdom is that a person is better for attending some 'artistic' event than for playing with mud and leaves in the woods.
So, me too....  My guilt is post-prandial, so I can trade excuses.
The show is Surrealism Beyond Borders, possibly subtitled:
A telephone receiver morphs into a lobster.
A train rushes from a fireplace.
Nah.  I don't think so....  Lobster phones and fireplace trains don't really interrogate political or social systems, despite their imaginative delights. 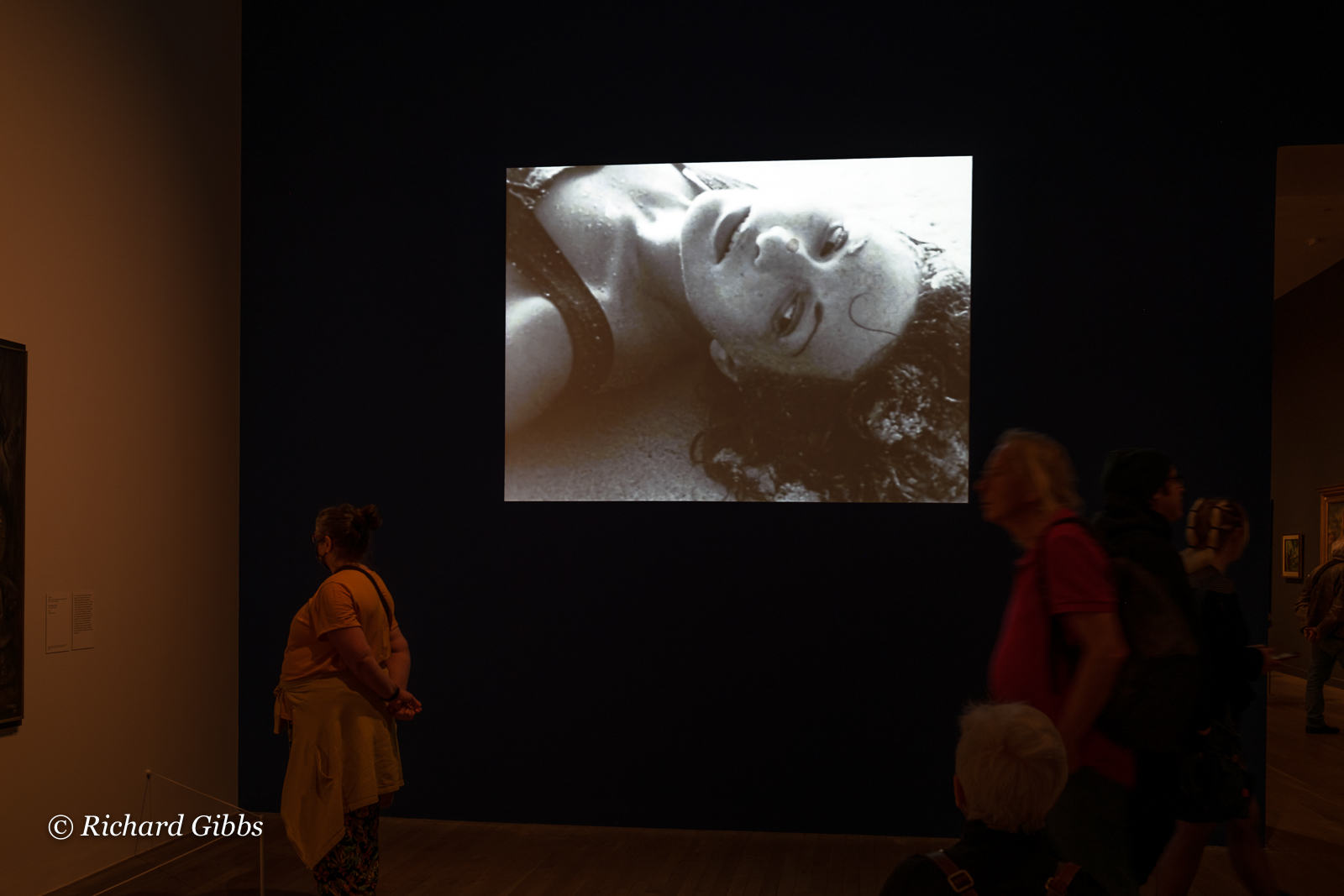 I'll tell you what is Surrealism.  Surrealism is Nadine Dorries.
Or, if you prefer, Ms Nadine Dorries, who tweeted, on April 12th:
PM has been clear about what happened on 19th June 2020 & offered a full apology. It was a brief gathering in the Cabinet Room, less than 10 minutes during a busy working day. PM is at his best when delivering on the priorities of the British people which he will continue to do. 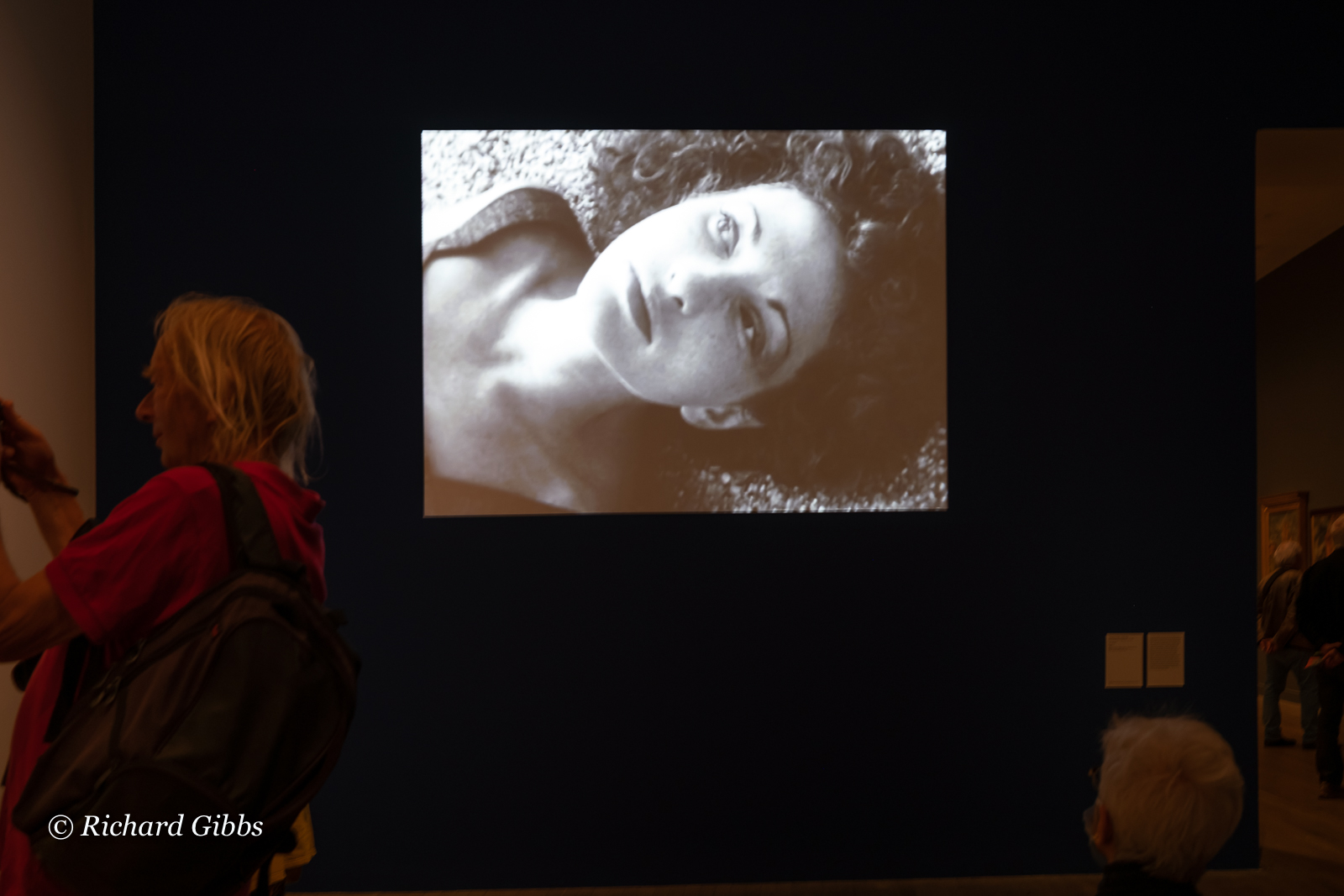 And then there is the MP for Lichfield (birthplace, I believe, of Dr Samuel Johnson - no relation - so not famous for its idiots) Michael Fabricant (stylist to the early seventies) who defends Boris Johnson over party gate, saying he did not think the Prime Minister thought that he was breaking the law.
He said: At the time, just like many teachers and nurses who, after a very, very long shift, would tend to go back to the staff room and have a quiet drink, which is more or less what he has done.
Having been a teacher for most of my misspent adult life, I have to admit, I liked a drink at lunchtime almost as much as I did a few in the evenings, and I have to say that it would rarely be a quiet drink and it would never be in the staff room.
Who are these appalling genetic mistakes? 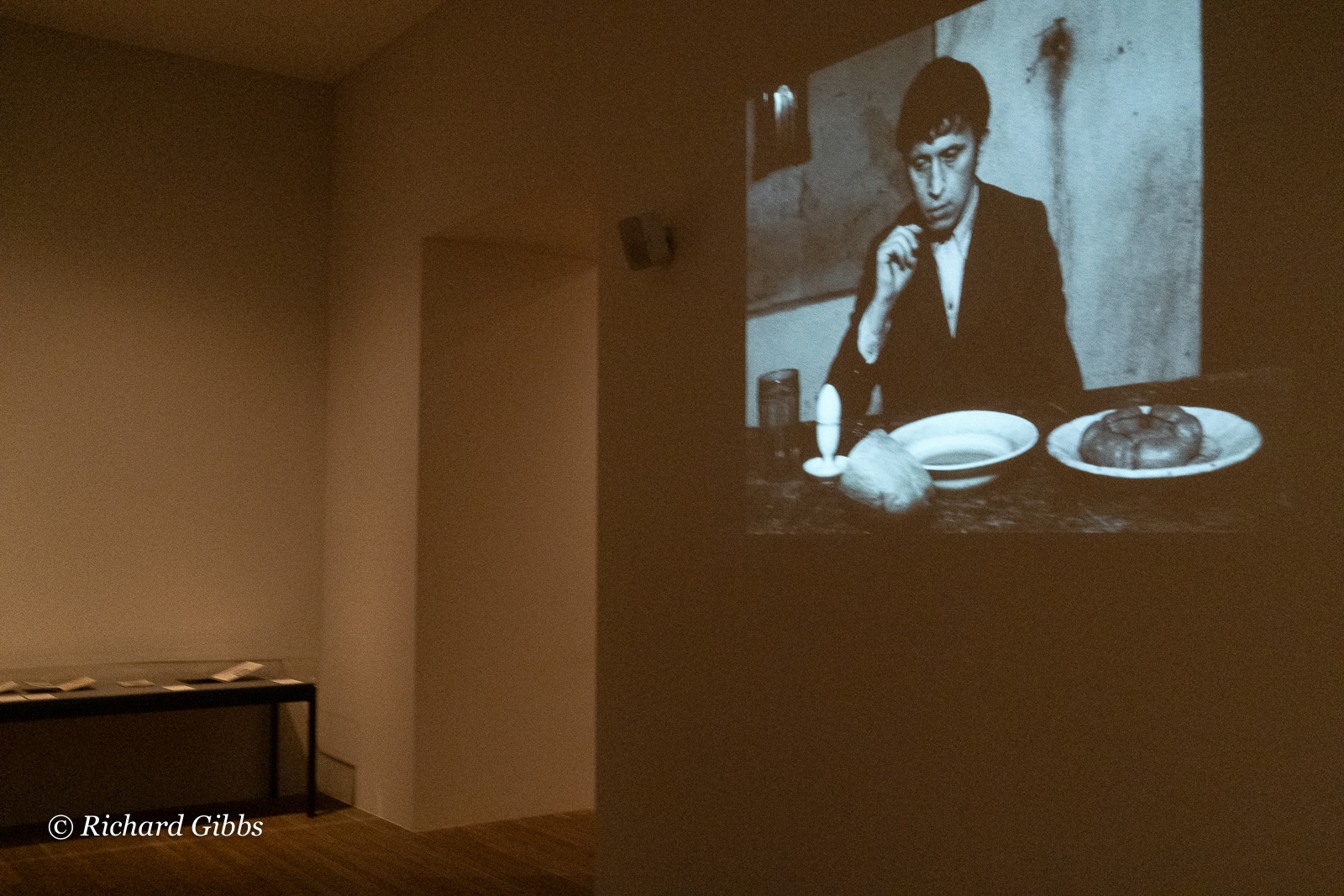 I learned to admire surrealism through the slit cornea of  Luis Buñuel and  Salvador Dalí, but this exhibition nods to neither.  It is a serious manifestation of how many artists in the mid 20th century wanted to express some kind of revolution against conservative ideology, without there being a hard core to their shared concepts.
I will admit that I was not emotionally moved by this exhibition. I found it to a certain extent depressing, and certainly tiring. I love exploring art works where the artist has invited me to enter a different world, but I find it difficult (and I know this is my limitation) to engage with artists whose intellectual route is primarily an exploration of their own subconscious.
Having said that, this is not an exhibition to dismiss, and many will gain much more from it than I did.
In the end I emerged enlightened by the discovery that surrealism was not just Dalí's dripping time, nor the brilliant cinematic fantasies of Luis Buñuel. 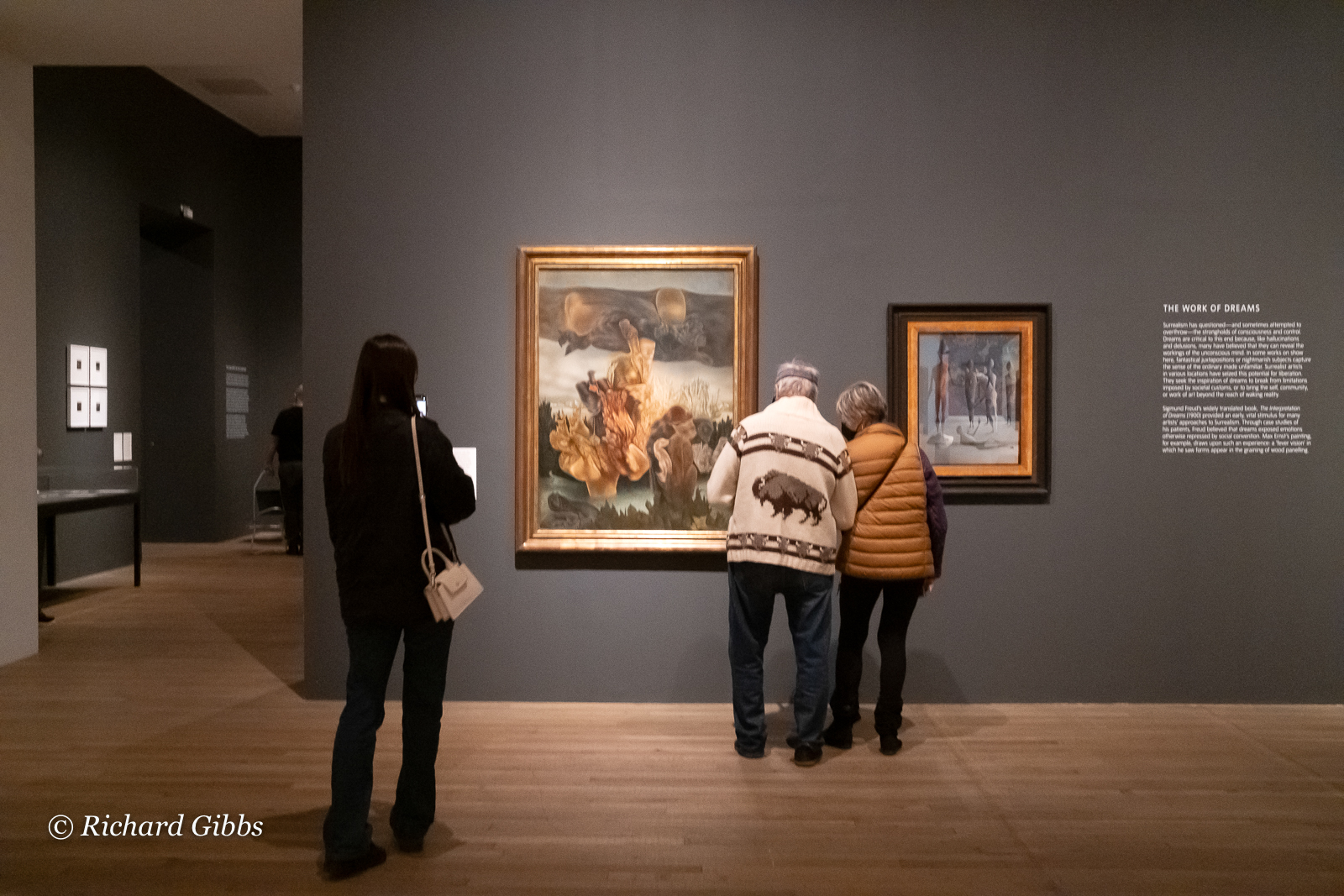 To bring this down to the mundane, I now see surrealism all around.  A millionaire chancellor of the exchequer accepting that he broke the law that prevented ordinary people from holding the hands of their dying partners and parents, while simultaneously presiding over the biggest cost of living increase in living memory: a prime minister who dreams of himself being an international statesman, smirking at the camera in his grace and favour mansion while he confesses to being apologetic that he unwittingly broke laws he himself promoted.....
These things are beyond surreal. 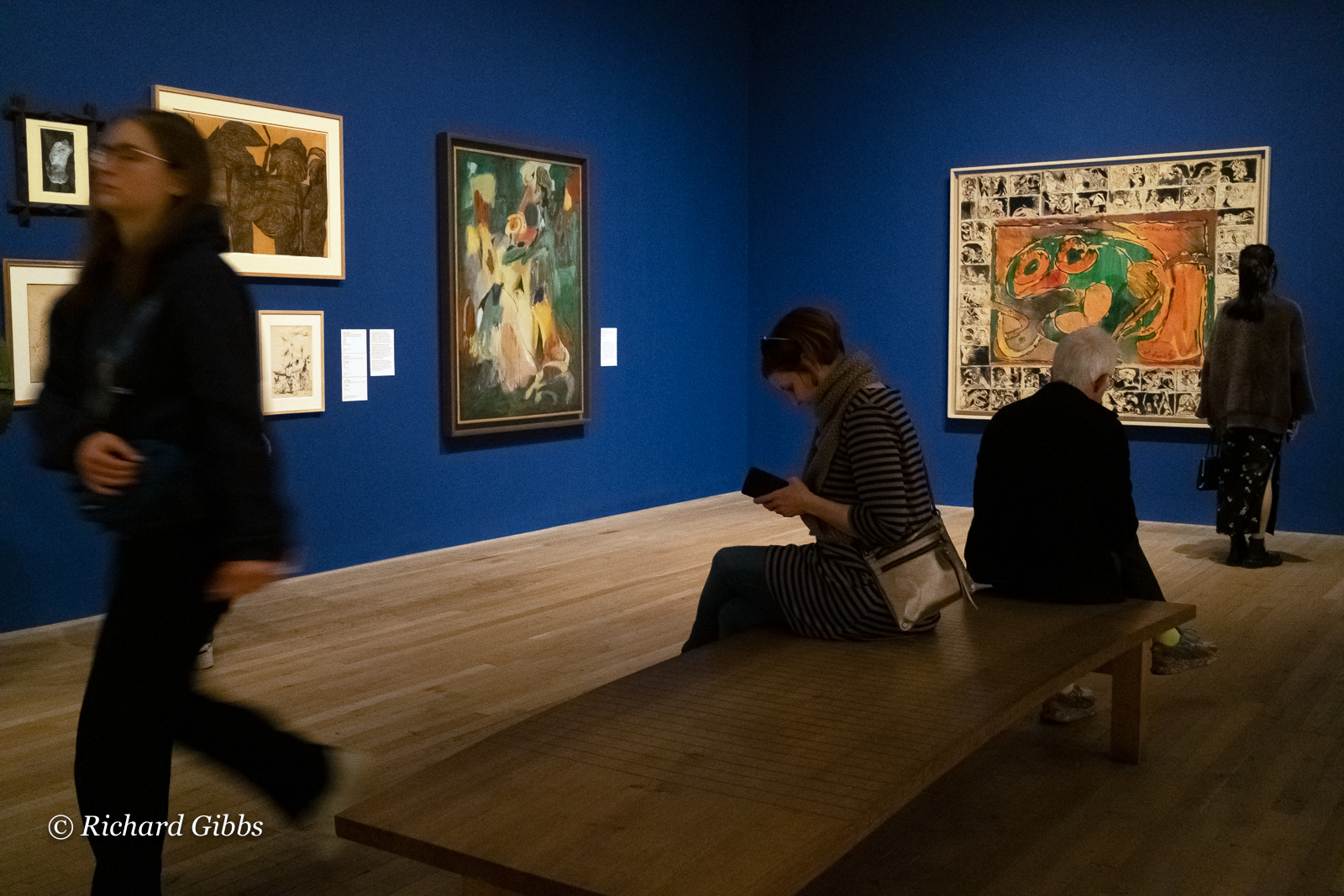 Having said that, I turn to the great Dr Johnson (no relation) who might well have been a tutor to both the Prime Minister and the Chancellor:
Resolve not to be poor: whatever you have, spend less. Poverty is a great enemy to human happiness; it certainly destroys liberty, and it makes some virtues impracticable, and others extremely difficult.
Or, should that be a bit too la-di-da for my average reader, here's one from Nadine Dorries, Secretary of State for Digital, Culture, Media and Sport (you couldn't make it up):
My blog is 70% fiction and 30% fact. It is written as a tool to enable my constituents to know me better and to reassure them of my commitment to Mid Bedfordshire. I rely heavily on poetic licence and frequently replace one place name/event/fact with another.
Nadine Dorries
21 October 2010
Nadine, honey is that you?
Oh, Nadine, honey, is that you?
Seems like every time I catch up with
You are up to something new
Chuck Berry 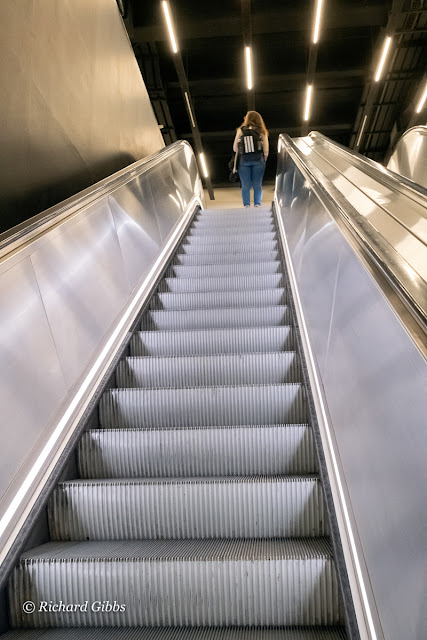 The phrase: Psychic automatism in its pure state, as quoted at the head of this piece, is the core tenet of Surrealism, and is also, I venture to suggest, the essence of the current embolisms in Downing Street.
Though, to me, another definition of Surrealism takes me back to 1460 and the poster of Piero della Francesca's Resurrection that I have on my bedroom wall (well - I might as well live in a monastery). Christ rises from a classical sarcophagus, four soldiers sleeping at his feet, while behind him nature goes from winter to spring as Easter brings us new life. 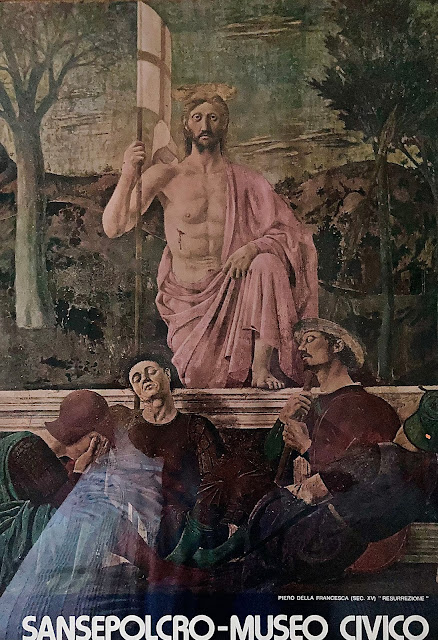