Part one:  Getting Away 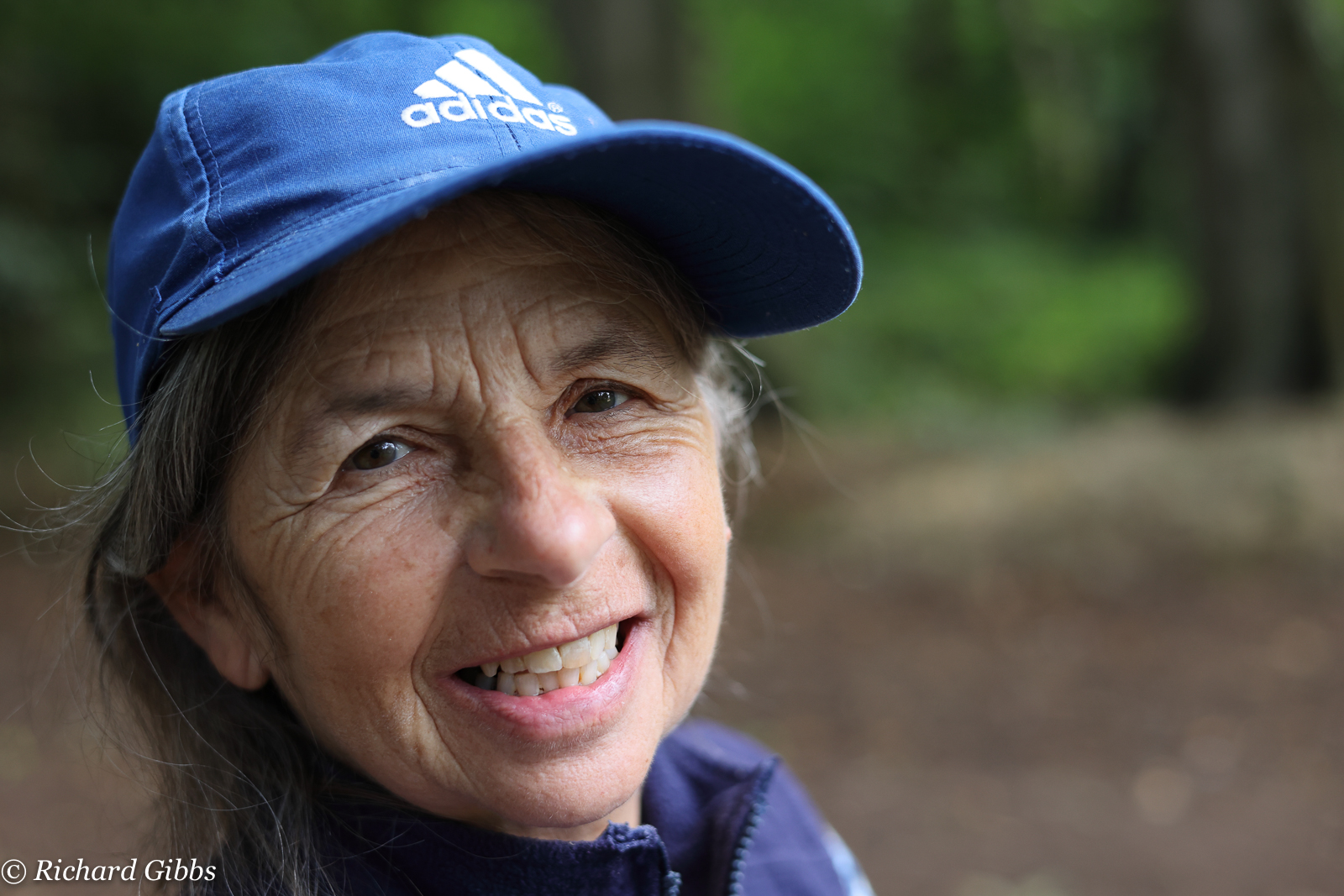 This is a personal story, but I am not claiming it's exceptional.  The pandemic has laid waste all sense of normality and created suffering across the world.  At the same time our struggle with dementia is more manageable, perhaps, than that of others.  We are fortunate, too, that we have support, from family and others, and can afford, at the moment, to pay people to help us.
Things could be worse.
That said, it is not easy, and I want to share experience so that others may understand.  So that anyone in a similar position, today or tomorrow, may be able to feel some company.
There is a saying that, Once you have met one person with dementia....  You have met one person with dementia.  No two cases are the same, though some may be similar and certain types of dementia may be better understood and more predictable than others.
As I have recounted before in these pieces, Amanda, my wife of some 38 years, has developed Frontotemporal Dementia (Semantic Variant), which is one of the rarer forms of dementia.  She has been afflicted for about ten years and has now reached the stage where she needs full time care, helping her with all the things we take for granted in daily life, from eating bread and fruit, to going to the toilet.  With Alzheimer's disease life expectancy from diagnosis to death is around ten years.  Amanda's dementia, coupled with the fact it was a fairly young onset, means she will probably live much longer than that before the general decay of the brain leaves her vulnerable to something which will finish her off.
In the meantime, it is a kind of slow demise, a slow death, and a slow bereavement.  But, to look on the bright side, she appears content and will chuckle and smile in an innocent, uncomplicated way.  And one of my messages, for what it is worth, to all and sundry (though I'm no paragon), is to grasp those positives.....
We moved in January this year.  A monumental enterprise (from my point of view) and one that left Amanda traumatised......  But this here (below) is our new home, and with the aid of certain prescribed medication and a persistent routine we have become accustomed to our new address..... 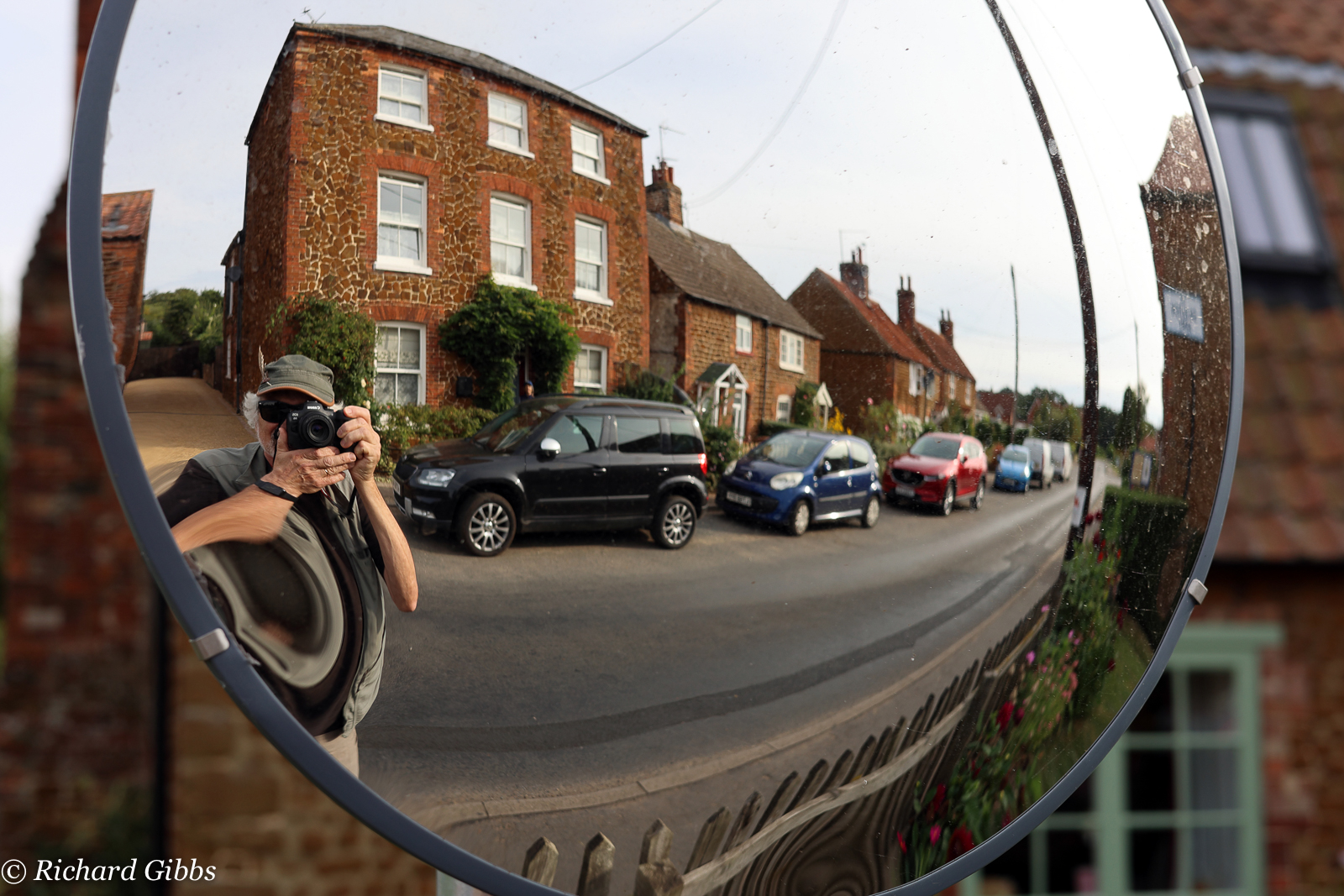 But, everything takes its toll, and, despite the help I get from family and employees, I have been responsible for the whole shebang - which includes everything from taxation to pensions, to the move, to dentistry, to ensuring we have enough Tena pants and medication - and the state, bless its convoluted ego, is not empowered to be of much assistance (though please don't take this wrong - those who are involved with us have been wonderful; just that there is a very clear limit for social care and mental health - it's not like you break your leg and they do everything!)
And so, with the permission of one of our daughters and a following wind, and given the alignment of the stars and a number of other fragments of luck, I take the train to Paris on my way south for a brief respite break.  My ultimate aim is Tuscany, where I hope to meet up with some old friends, and to rest.  I am apprehensive, but I look forward to several days not having to wake up at a certain time, not having to keep an ear out for the little steps upstairs (as I write this, I am listening for signs that Amanda may get out of bed upstairs, meaning I will need to go up and check that all is well....)
But I am hoping to be able to go to a restaurant and relax with the menu and a glass.  To be 'free' to choose this way or that without a thought to where the nearest toilet may be, nor thinking what we can eat this evening (at six) without spitting it out.....
So, here I am, at Le Train Bleu, at Gare de Lyon, Paris. An indulgence that not even sophisticated Parisians (such as my companion on the Eurostar) have all treated themselves to. 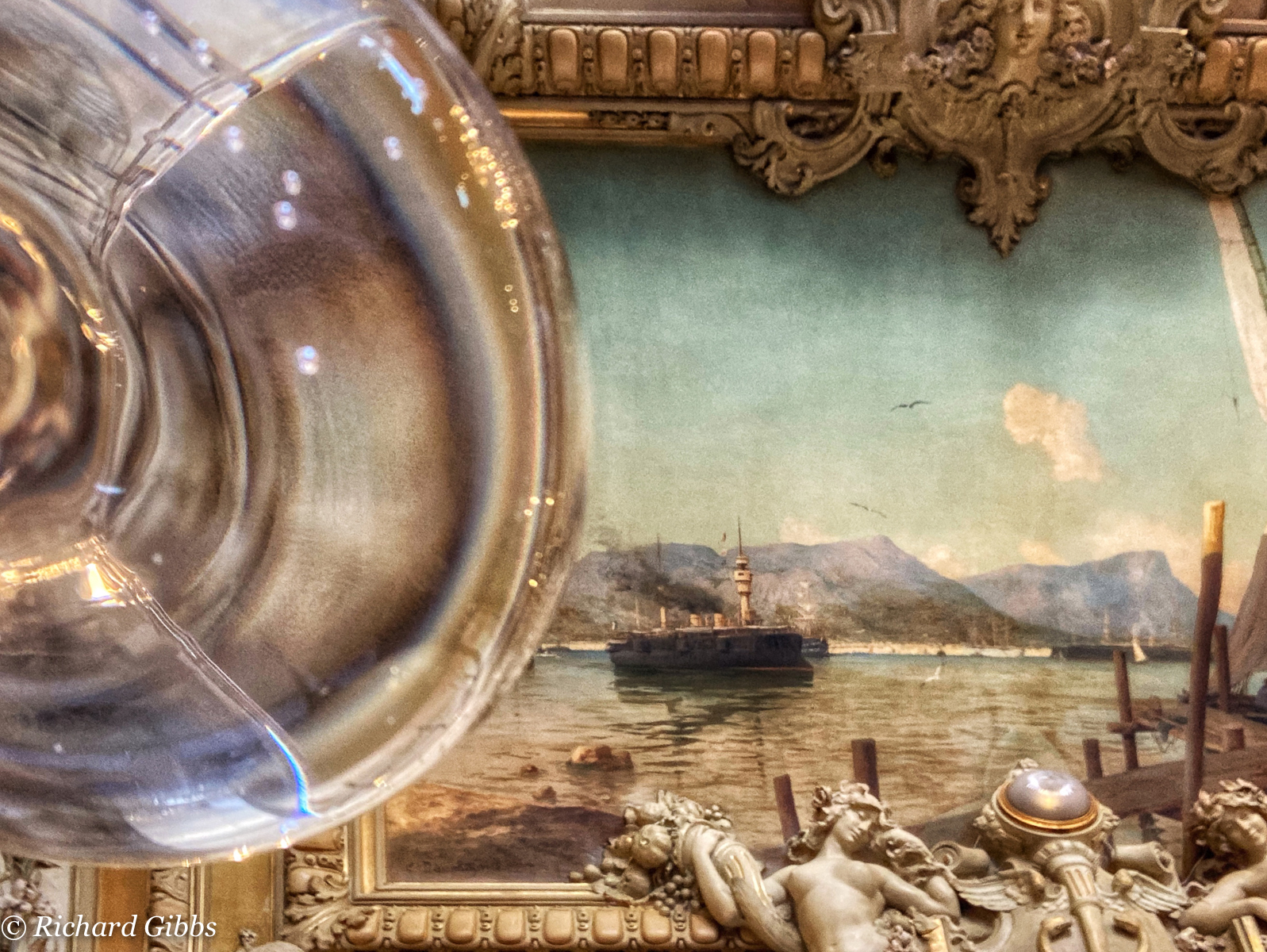 And it is a luxury.  Wow, what an ambience!  Am I dreaming?  A quick zap of my NHS Covid Pass (no qualms there, and the zapper immediately knows who I am and how well vaxed I am) and I am seated under sprawling frescoes of women in shaded porticoes overlooking Monaco (Montenard pinxit).  Then food of an order of well trained angels, and Riesling that could baptise an Archbishop.
I wouldn't want to dine here every day.  But.... It's one thing off the bucket list.
But then, forgive me, the first twinge of conscience.  I used to try places out in Paris with Amanda by my side.  Yes, being me, I often made the choices, but she was with me, and smiling, and we would accompany each other through these experiences, however difficult.....  Now, perforce, she is not here.  I have no hand to hold.  Somehow the food doesn't taste quite so good...... 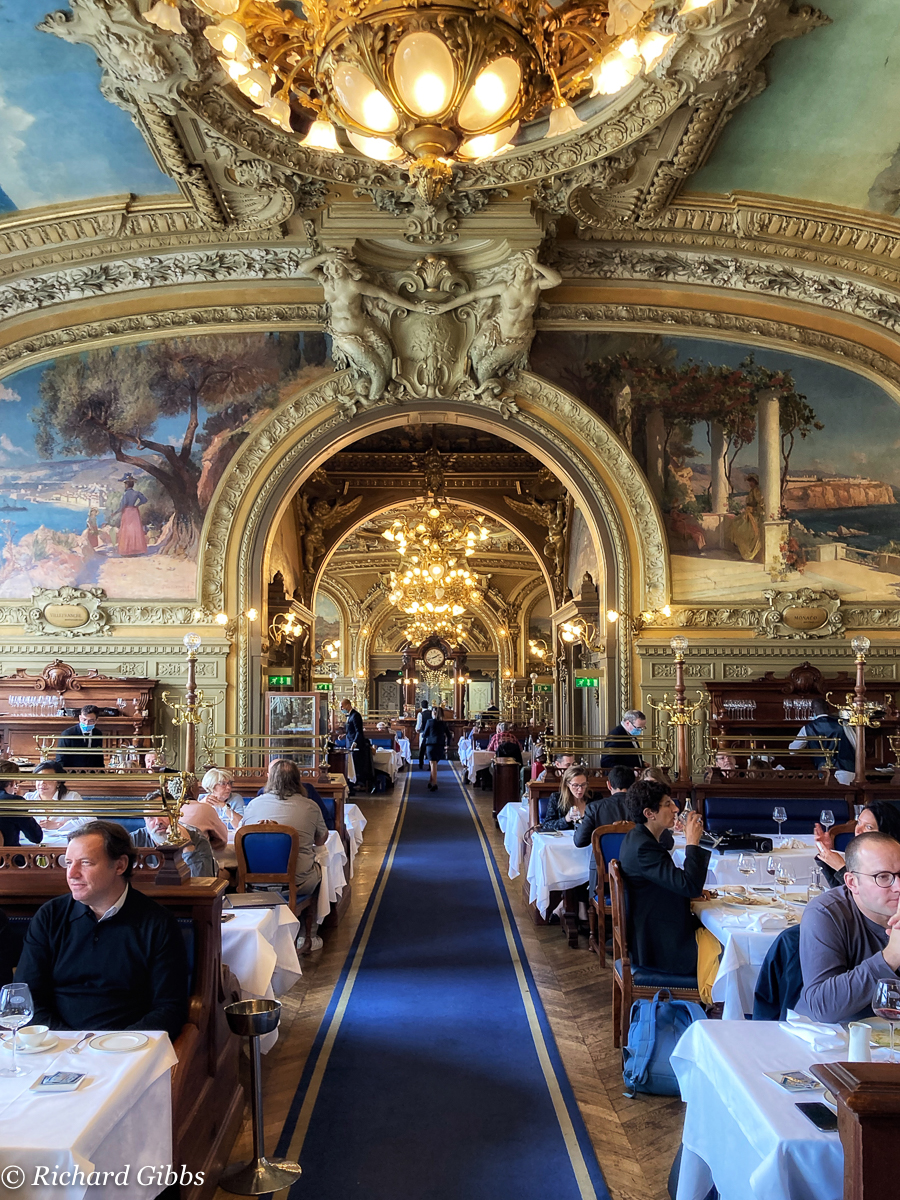 A little later I am seated on a train bound for Geneva, Switzerland. Another country.  Hundreds of miles.  But a mere three and a half hours from Paris, reaching 300kph at times and whipping through the history of Europe, up the last stretch as though the pre-Alps were something of a minor inconvenience, and then disembarking in a city without so much of a scratch on my passport. 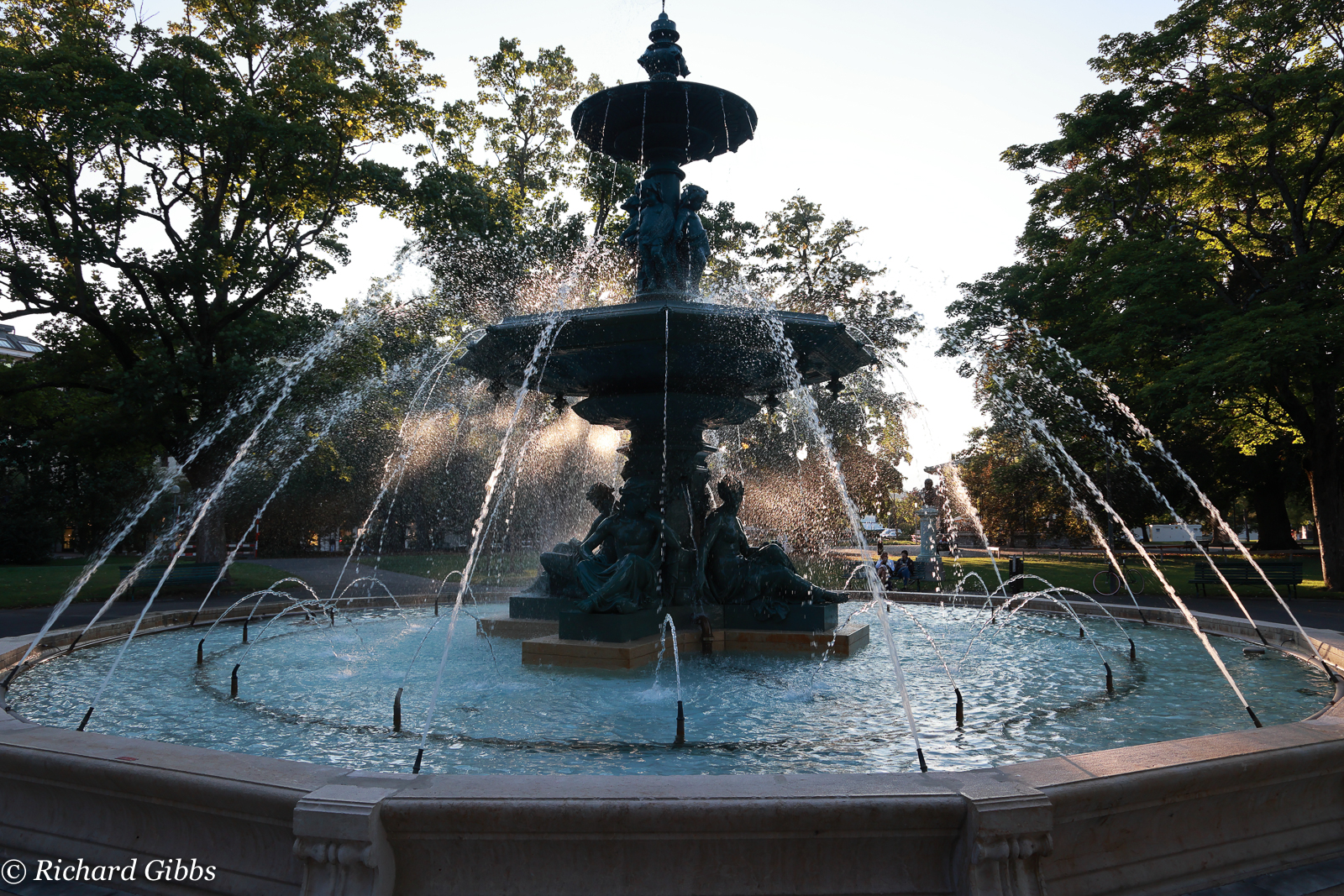 I have little connection with Switzerland.  Amanda and I drove through it a few years ago on our last overland trip to Italy, just after some of the people in the United Kingdom (sic) chose to turn their back on the mainland. It was then an embarrassment.  It is now a shame.  But 'the people' had their wish and we have to live with it - for now.
We also drove through the country when the girls were small, and each time I have been here  I have thought how calm and neat and clean and pleasant a land it is.  Right now, on my own, I think rather differently.  I am at ease, sort of, but on my shoulder is the unwelcome weight of a conscience, niggling at me - should I be here?
But then, what do I know? 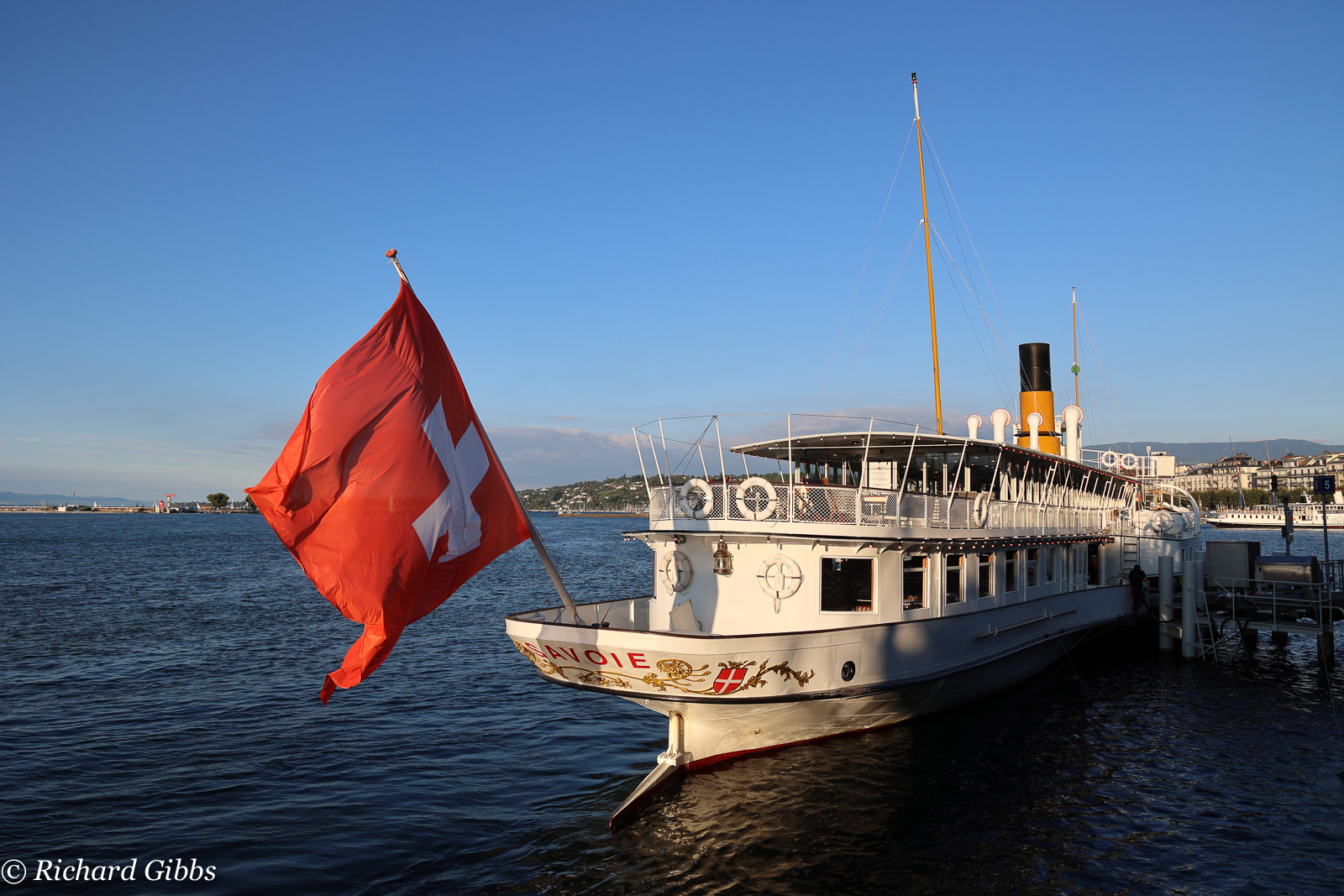 So I am on the run.  Escaping from my responsibilities, trying to forget the daily pain of watching a loved one disappear.  But friends and counsellors have told me I need to look after myself, or who will care for - Amanda.  And there is the rub.  We both worked all our lives to save a little for our twilight days, and now it will all be tied up in her care (or perhaps mine as well?)  I am a pawn in the government's game. If I fall over, then the bill will fall to the local authority, already starved of resources by a cabinet of fools, but until that day, we pay.....
And the result is that I feel guilty. Guilty for abandoning my powerless partner. Guilty for perhaps enjoying myself.  Guilty even for expecting some help when there are others more needy than us..... But, guilty, as charged, for being a self-centred Europhile flaneur, riding the TGV to Geneva and eating (and drinking Chasselan) care of Jose et Carlos Farina, at the Bistrot du Bœuf Rouge, 17 rue Dr. Alfred-Vincent, CH 1201 Genève....
Yes.  On the run.
And guilty.
But..... 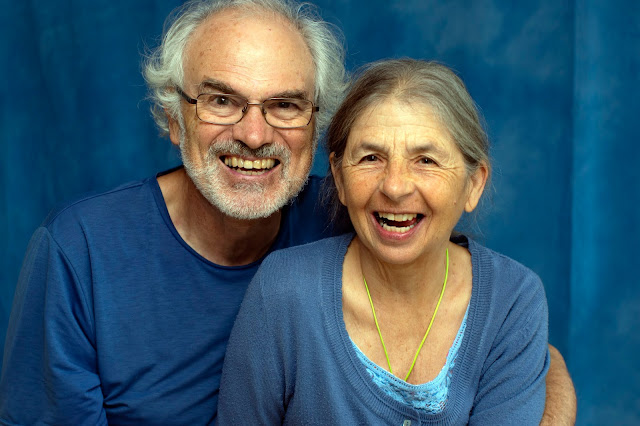