At the still point of the turning world. 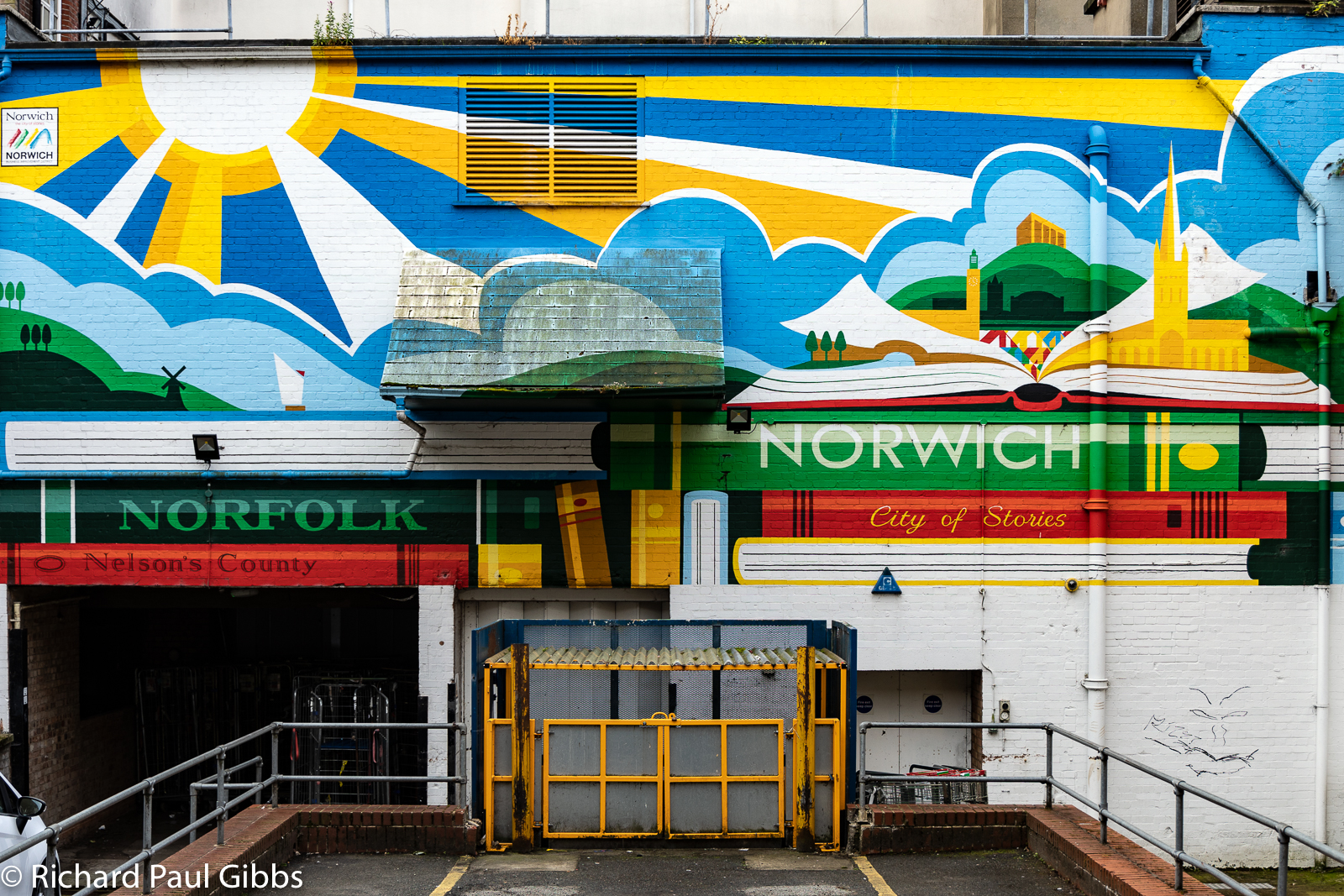 I am in Sainsbury’s. 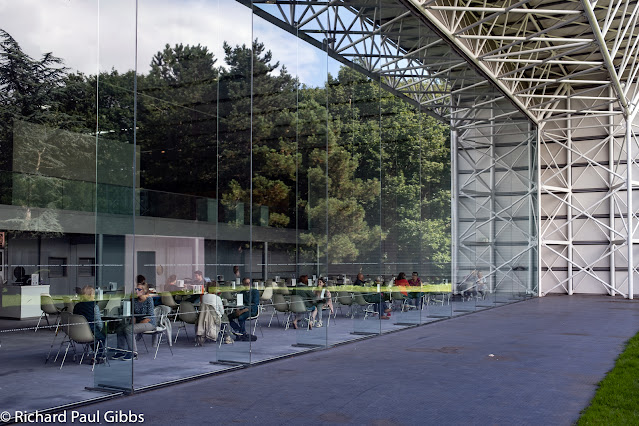 Not the store, despite my fond memories of their long-vanished hall in Berkhamsted, where mum would queue from counter to counter, dairy here, meat there, and then file to pay at the desk at the end, where a busy woman added and cashed and said thank you, and everyone was so nice in a post-war kind of way.... 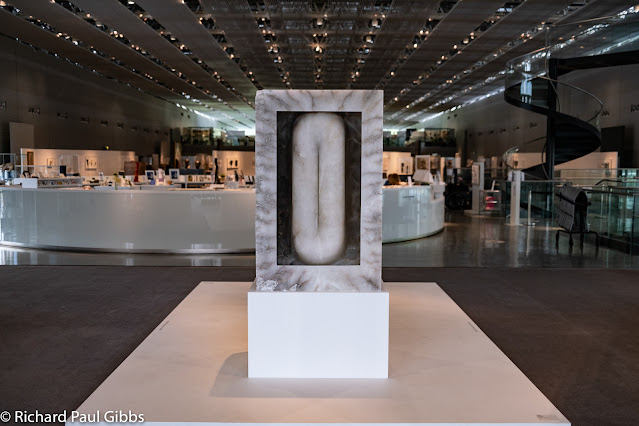 No, I am in Lord Robert Sainsbury’s sitting room, or a reconstruction of such, darkened by Francis Bacon, lightened by Degas.

Here, in the Sainsbury Centre at the University of East Anglia, I wander under Norman Foster’s roof, bumping into Anish Kapoor, Modigliani and Picasso, wondering where the exit is, and thinking that if this is their drawing room, how could their kitchen be?  Frink in the Frigidaire (who uses that word now?) or Giacometti on the draining board (bit of a stretch there....)?

I am on my way to Norwich, where there is a queue about a quarter of a mile long to get into Norwich Cathedral. 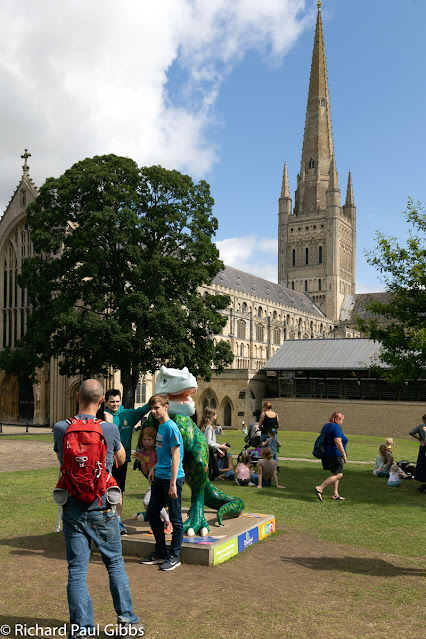 The line is slow moving, but patient, like the obligatory shuffle passing an extinct dictator.  Some of the file have a tonnage to rival an ocean-going tug, others sail turgidly as if dressed in barrage balloons – and I say this as an impartial observer; no judgement intended.  Children are either asleep in parental clutches, or squawking about being fed treats.

It is a long time since I have seen such a queue for a Cathedral, but this is not to admire the intricate stonework and the bosses of the fan vaulting, 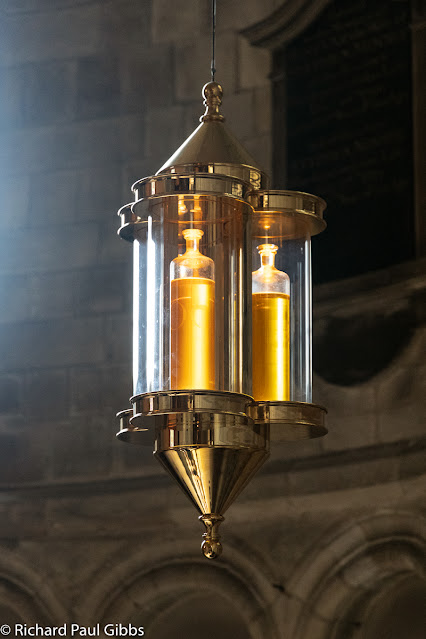 nor even the Despenser Reredos, a late 14th century retable by a Norwich artist and thought to have been commissioned by Bishop le Despenser to celebrate his suppression of local support for the Peasants' Revolt in 1381 (but we'll dispense with the context for the moment....) 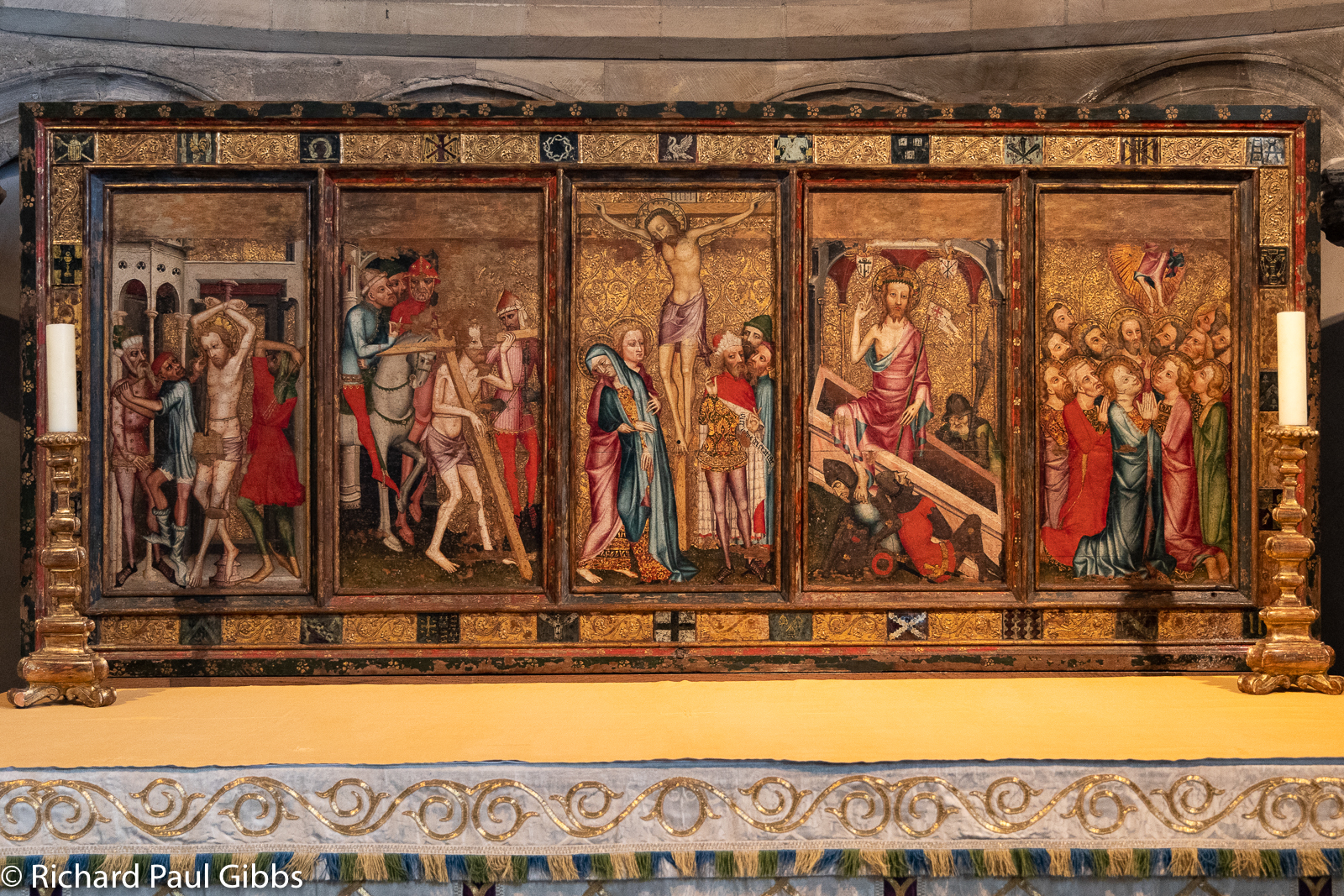 – no, this is a queue to enter through the cloisters to the nave where “Dippy” is on display.  Please see https://youtu.be/QourkgYSgtA for more on how this a cast of a Diplodocus, one of the largest creatures ever to roam the earth, that lived about 150 million years ago, was assembled, and https://my.matterport.com/show/?m=fKWBeCy5wgu to see how it looks now. 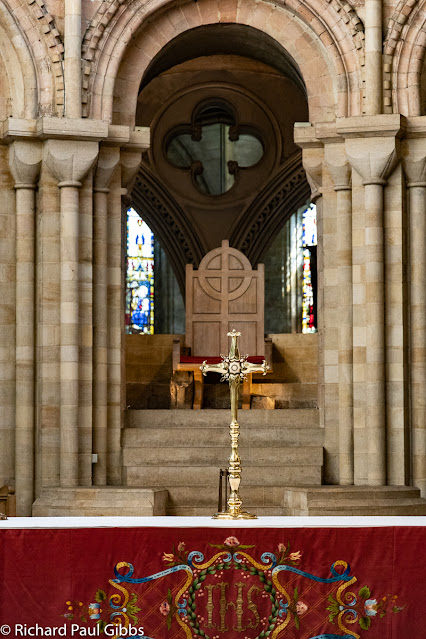 Ok, there are positives indeed, such as interesting young people in the natural world, and, possibly, in introducing them to a fine cathedral which they might otherwise have not entered.  But.... 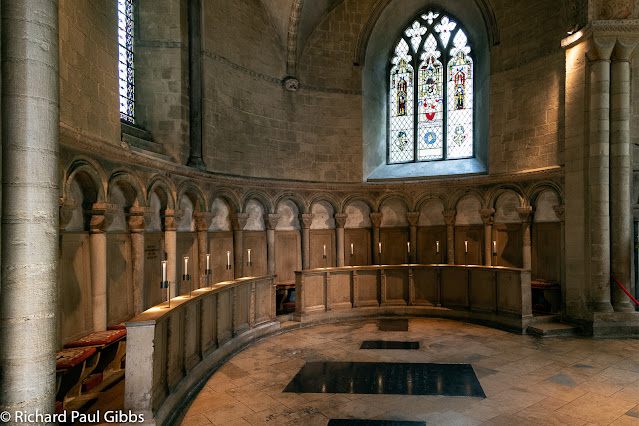 Art and artefacts, architecture and archaeology, all things bright and beautiful (did the Lord God really make them all?) The city, one of the five largest settlements in Norman England, and then in the seventeenth century the second richest city in the country (after London), has seen better days.  The splendour of its cathedral (its spire second only to Salisbury), 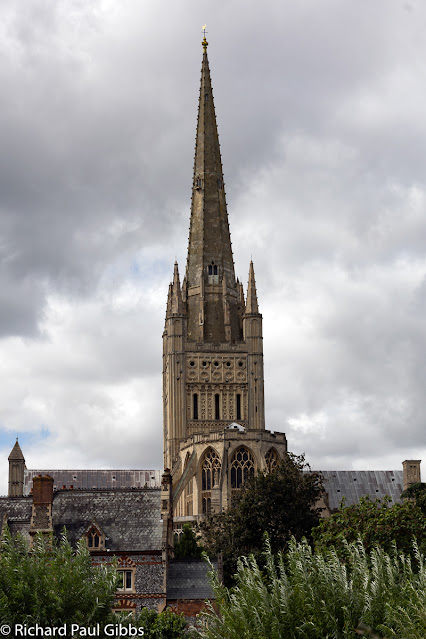 the imposing nature of its castle, the scattering of some thirty flinty medieval churches 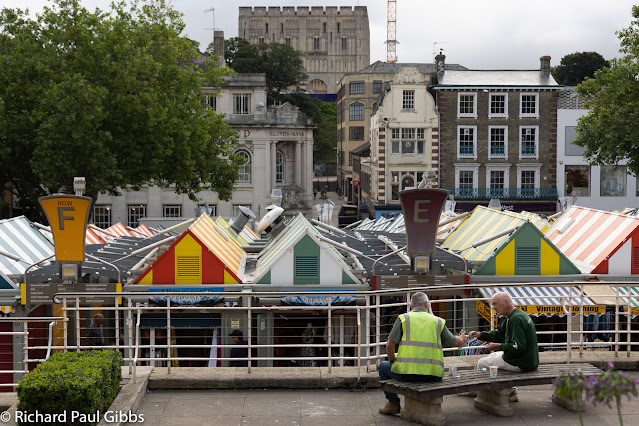 amongst its complex of lanes and market places, the curling river Wensum 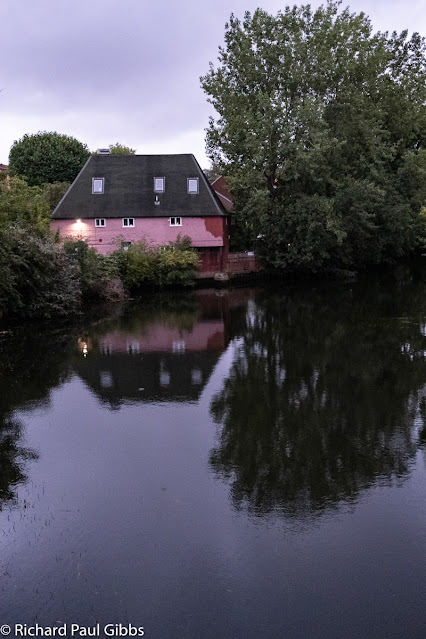 and the brutalist sprawl of its university all commend it to the visitor, 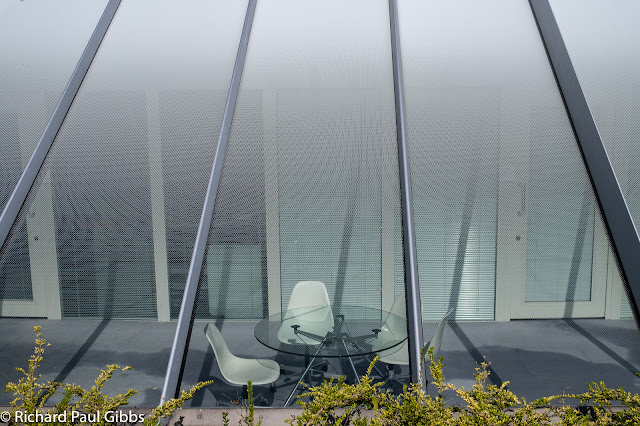 but there is a post-pandemic, perhaps post-Brexit, tiredness about it just now. 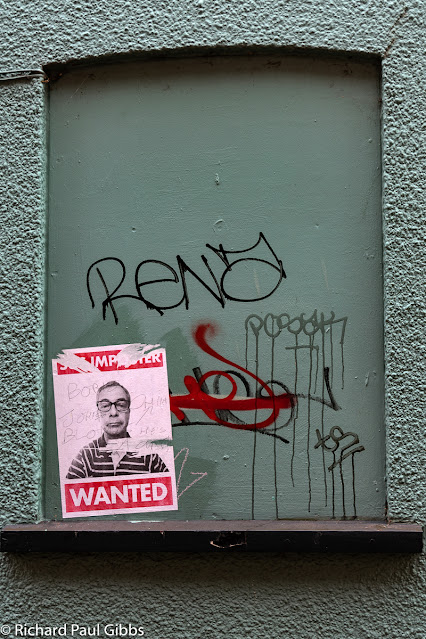 Museums and churches are partly closed, 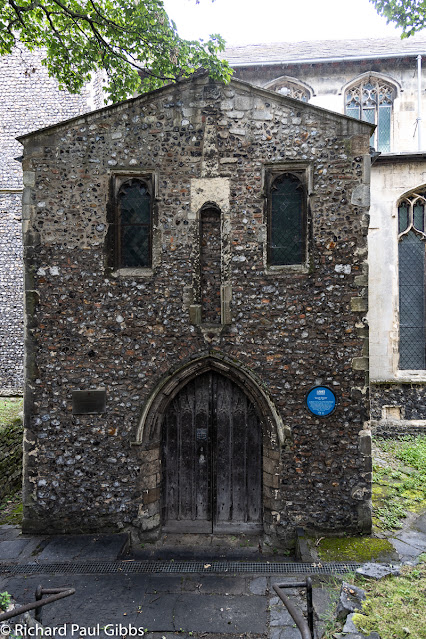 the Royal Arcade sports "to let" signs in its windows, 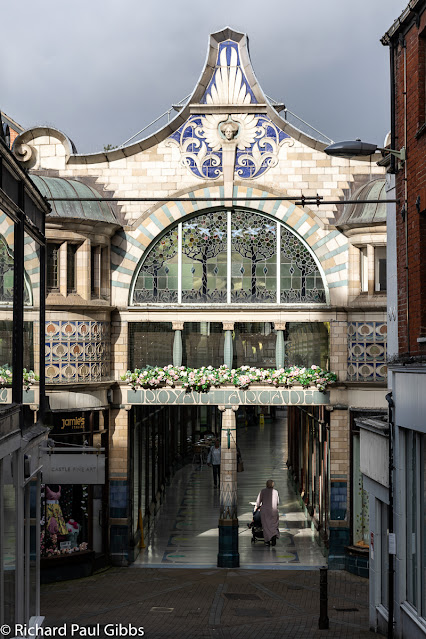 the Market Place lacks vitality and Tombland is choked with traffic, going nowhere. 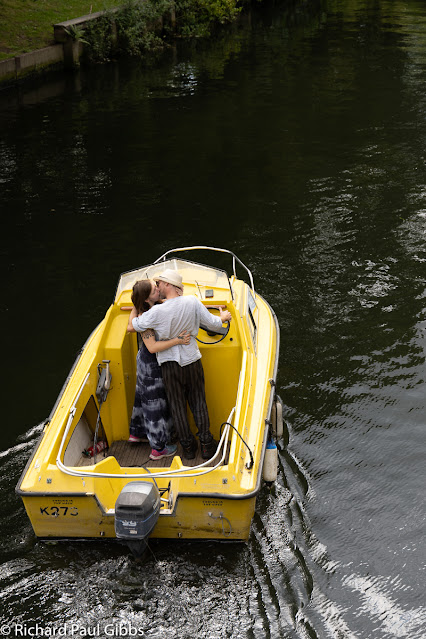 On the river a couple embrace as their motor boat, blaring what some might call popular music, careers toward the bank.  By the Cow Tower, 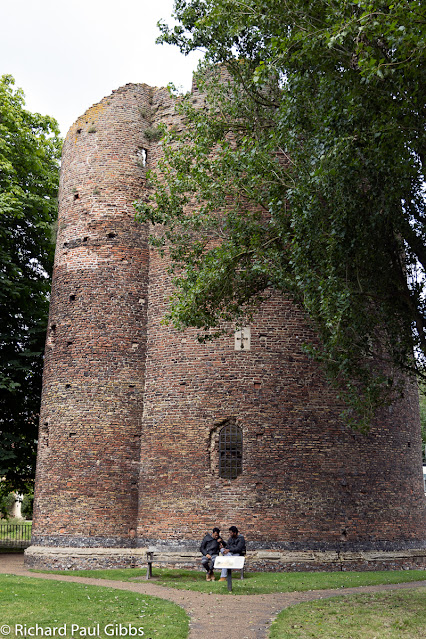 a fifty foot remain of the city’s two miles of defensive walls, families wander past, regardless. 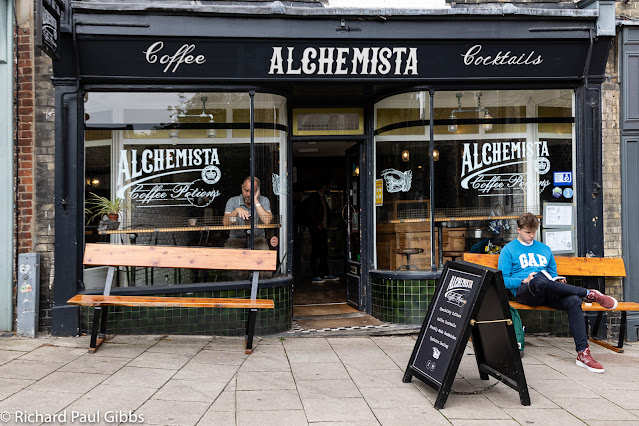 There are fossils and remains and reminders of the past everywhere.  A pub called The Wild Man recalls the mysterious appearance in Norwich of Peter the Wild Boy in 1751.  Strangely this is a story connected with my own past as Peter resided for much of his life on Northchurch Common, near where I grew up, and he is buried in the graveyard of St Mary’s there, where my grandfather was organist and choirmaster for many years. 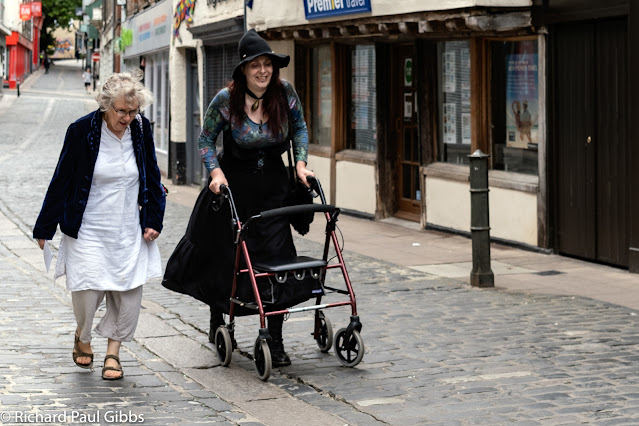 Even stranger, perhaps, is that in wandering up Pottergate I bump into another Wild Boy, a local resident who I recognise as also hailing from Hertfordshire. 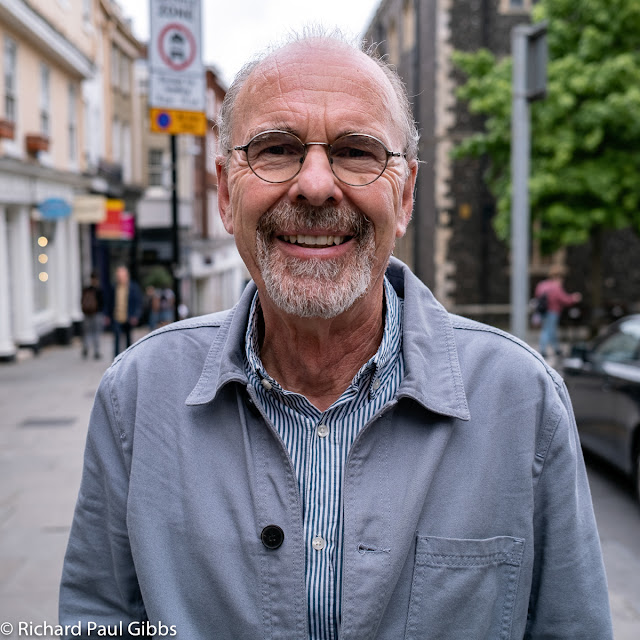 This antiquated ruin accosts me for the price of a pint, and together we piece together our histories over beer and sausages. 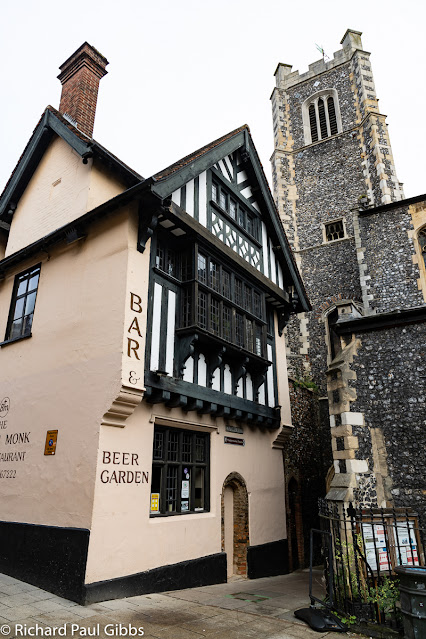 There are fossils in the cathedral, and ruins in the streets.  The once grand city has its attractions but somehow seems tired and lacklustre.  Is this the state of the United Kingdom as a whole today, or is this merely a blip in the wake of disease and politics?  Over the door of the 13th century chapel of St Catherine of Alexandria, in the south transept of the cathedral, someone has inscribed a line from T S Eliot’s Four Quartets:

At the still point of the turning world.

The quotation is from Burnt Norton, and it continues:

Neither flesh nor fleshless;
Neither from nor towards; at the still point, there the dance is,
But neither arrest nor movement. And do not call it fixity,
Where past and future are gathered. Neither movement from nor towards,
Neither ascent nor decline. Except for the point, the still point,
There would be no dance, and there is only the dance.... 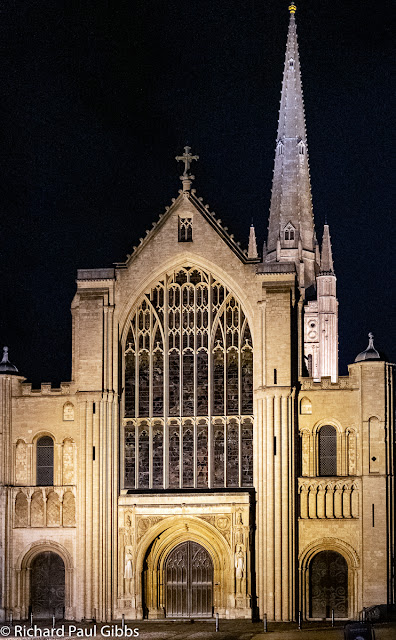 It’s near midnight. Alcopop shrieks and tiddly giggles fill the street as three girls share something crazy. One dances provocatively, and laughs, the world so light and dark.
It is Tuesday night in Norwich, and the rest is silence.... 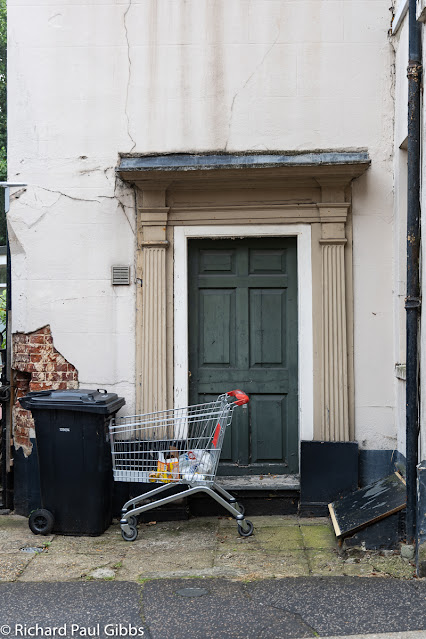