My Very Own SpringWatch

It is spring fever. That is what the name of it is. And when you've got it, you want – oh, you don't know quite what it is you do want, but it just fairly makes your heart ache, you want it so!

Twain knew a thing or two - he even commented on his own demise, though of course he wasn't even Twain......

Anyway, Spring is the season of discontent - or perhaps of a kind of restlessness, as we emerge from both winter and lockdown.  Nature seems to have held back this year, with the cruellest April since Chaucer inspired Eliot's Waste Land.   In Norfolk we shivered and sheltered from strong winds and showers through to almost the end of May....,

But the rains have brought regeneration to the soil, and now the trees are in leaf, and everything is charged with the fire of life, bursting with pent up energy, making up for lost time.  Hares stop and start as if it were still balmy March: 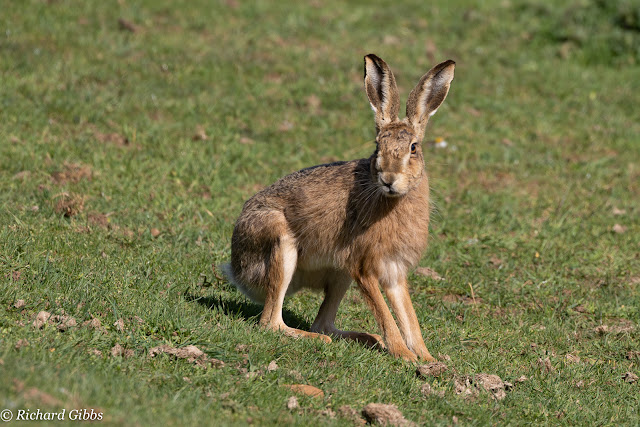 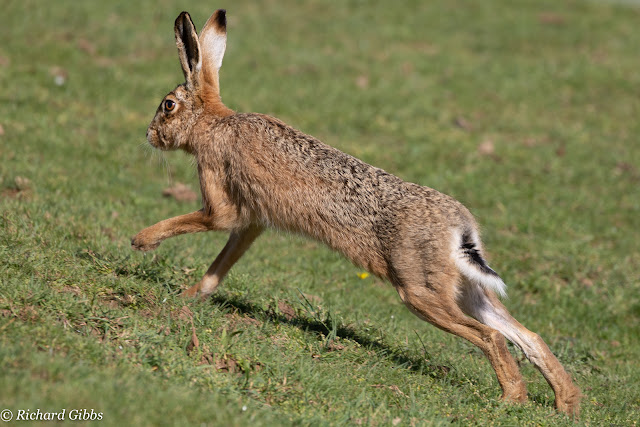 Deer of all kinds are busy too:
And on the Wild Ken Hill Estate the Exmoor Ponies are up early in the morning: 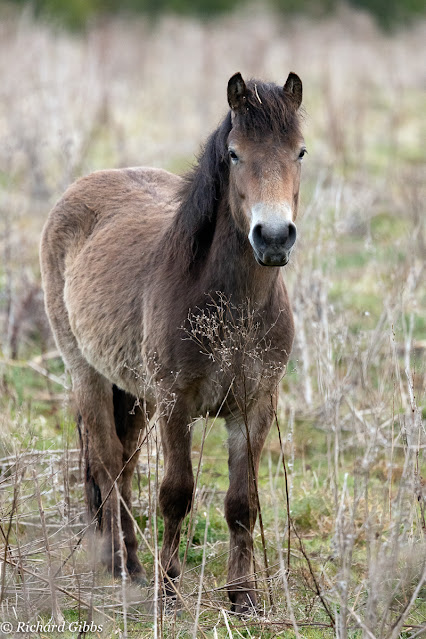 The Ken Hill Estate is owned by the Buscall family, and this is where Chris Packham and Michaela Strachan are currently based with their team for BBC SpringWatch.  The estate covers some 4,000 acres, though not all in one piece.  Ken Hill House, or Snettisham New Hall, for instance, which sits in the middle of the reserve, is privately owned (by a retired city gent cum priest, I believe).  It was built as a retreat, not a country house (not a gentleman's House)  in 1878-9 for a Yorkshire industrialist, and was/is the first major provincial example of the Queen Anne or Domestic Revival style, a fusion of free Gothic planning with Free Classic detail. Apart from impressive architectural details, the house also boasts a game larder, from 1880 - not something that Chris Packham would necessarily approve of..... 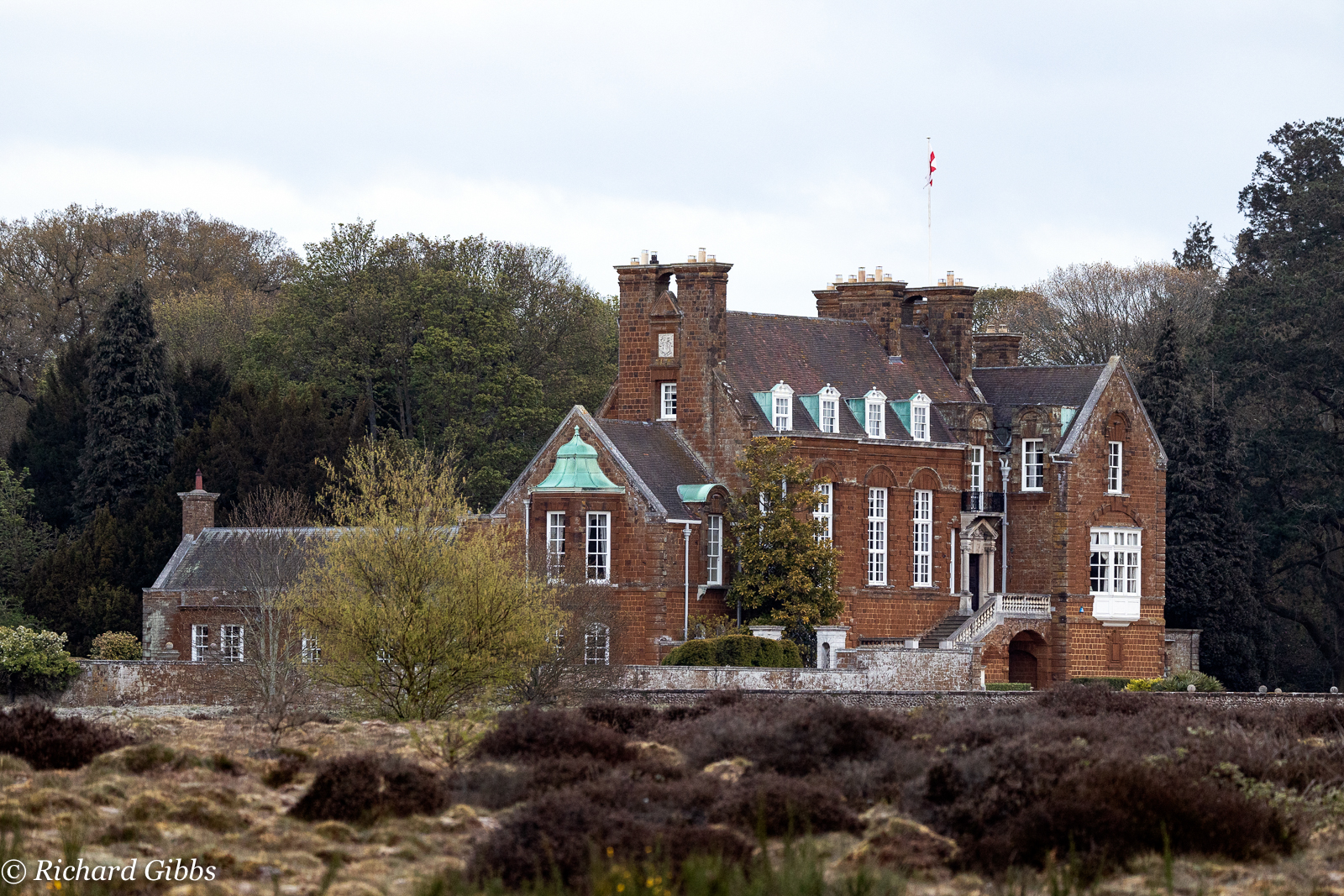 Other parts of the Ken Hill Estate, by the way, include the house opposite mine, and my allotment - but that's another story.....
Anyway, while Packham attempts to recharge his Tesla, I embark on a SpringWatch of my own, trawling the woods for evidence of spring and rebirth and similar things to bring balm to my sorry soul.
There is plenty to see, and to hear.  Like this Sedge Warbler, belting it out atop a prominent twig. 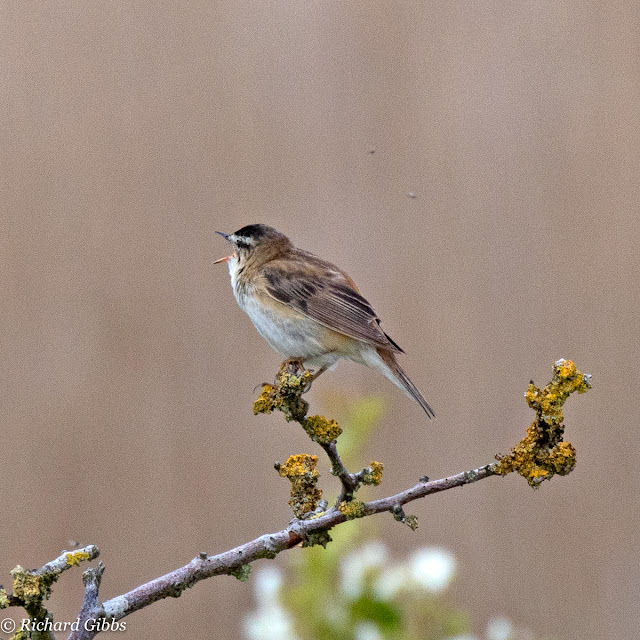 A Robin joins in, his varied song loud, but halting, as if he turns the pages of his music every so ofter: 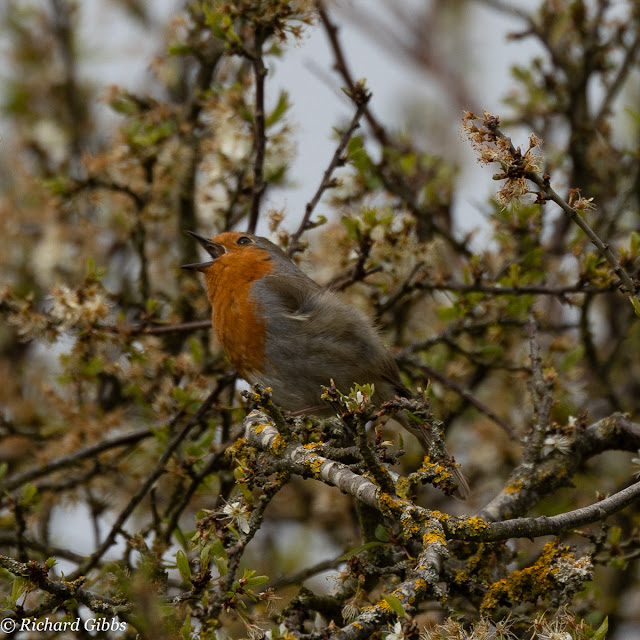 Everyone is active, either staking aural claims to territory, or flitting from tree to bush, like this little Chiffchaff, in search of food and calling to his mate: 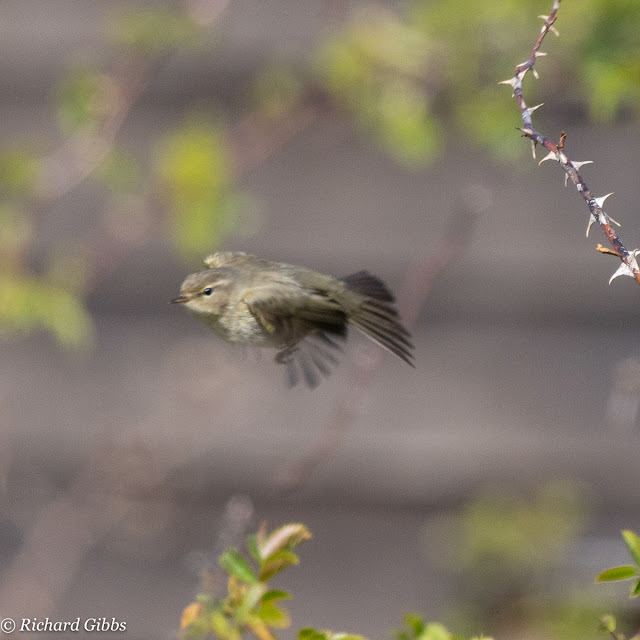 There's movement all around, as a Blue Tit takes off from a pine: 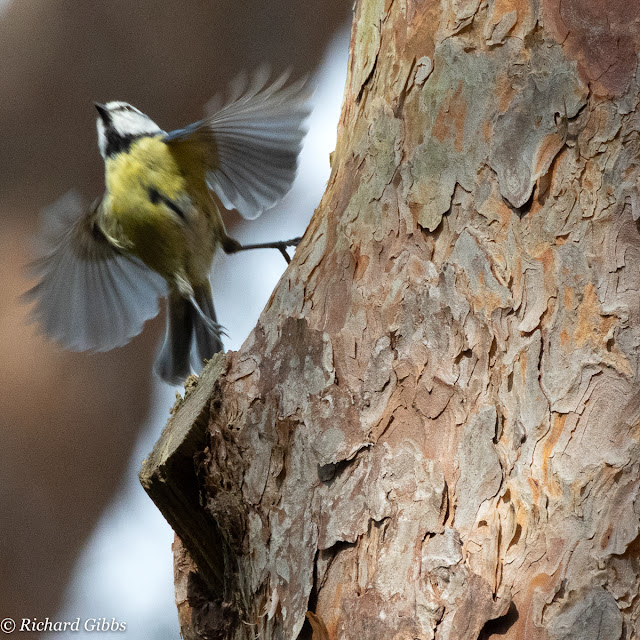 Or a pair of Linnets chase each other away from me: 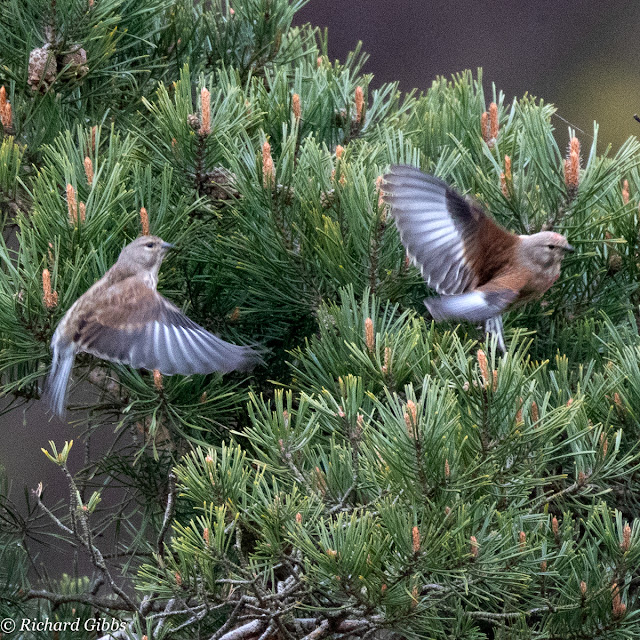 In the water, an Egret splashes for a minnow: 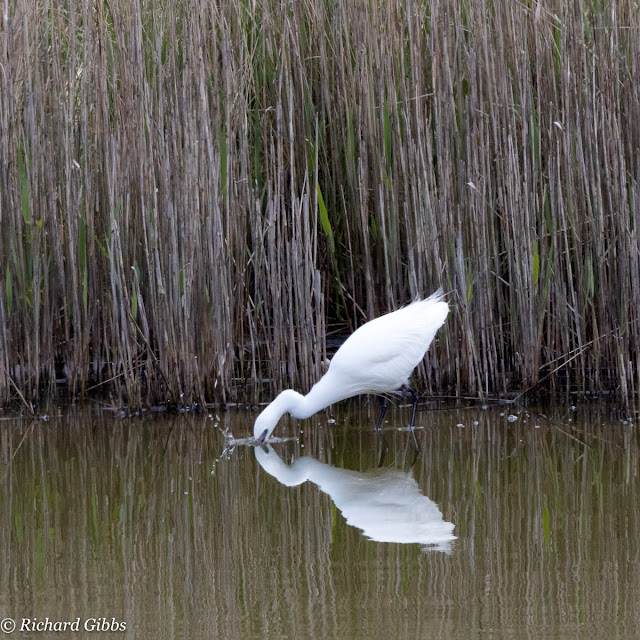 And an Avocet sifts the muddy shallows for shrimp or other morsels: 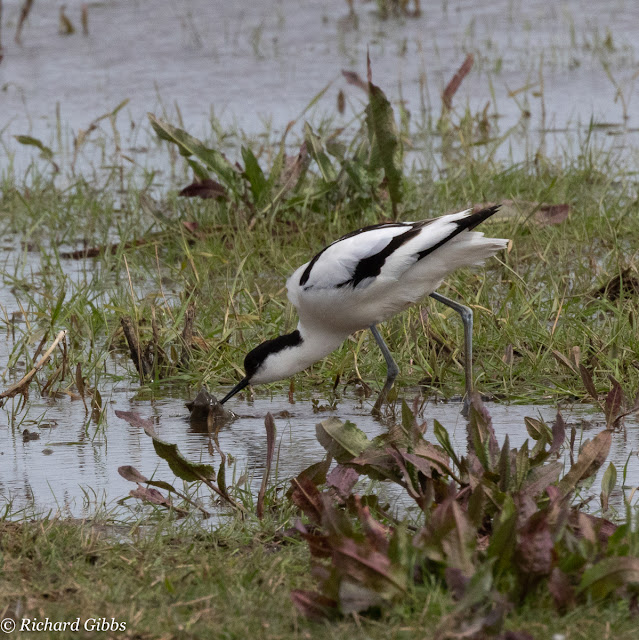 A handsome Reed Bunting nervously does a high wire act: 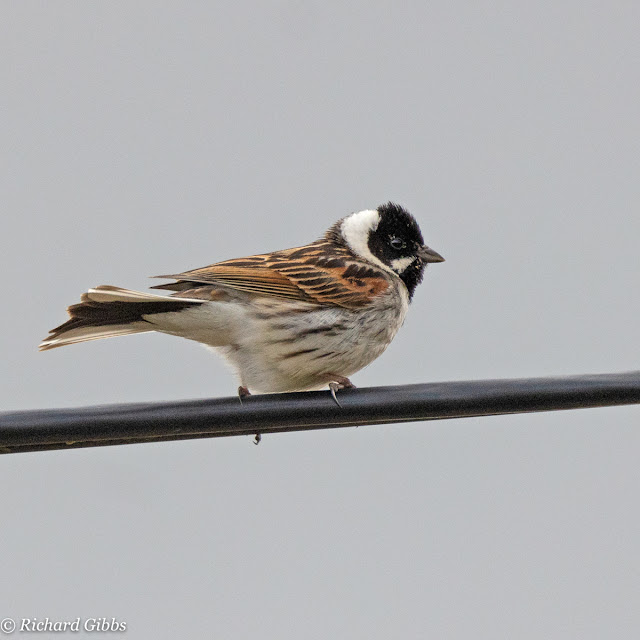 While a male Stonechat proudly shows off his bling: 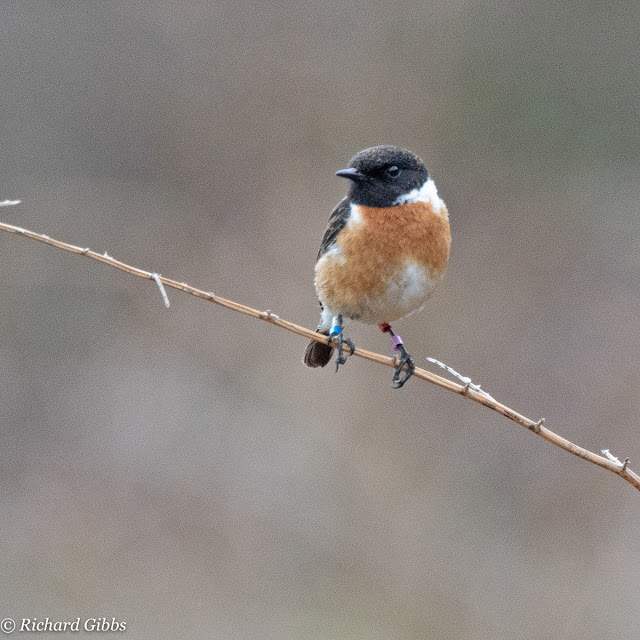 Everyone is hungry, and parent birds are busy gathering food for their broods, like this beautiful Meadow Pipit: 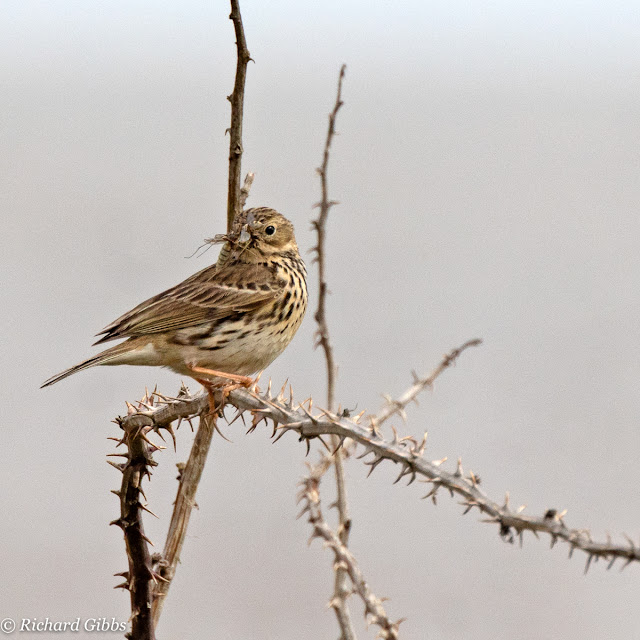 And this sleek female Blackbird (whose mate is busy singing the most gorgeous arias nearby): 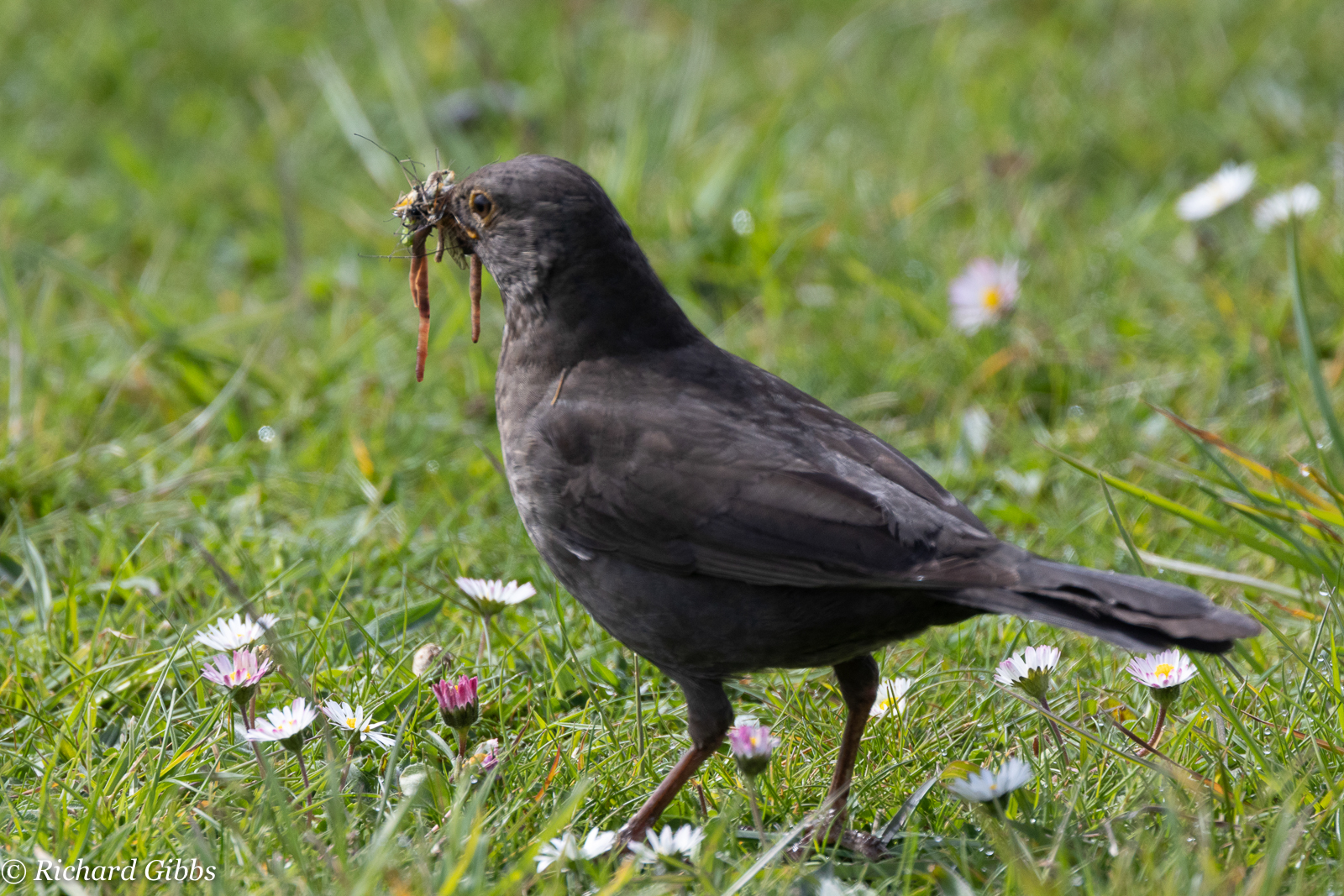 Of course, Spring is not just about birds.  Although I hear reports of a shortage of some insects, perhaps, again, it's a late start to the year?  Here a Ladybird doesn't mind the nettles: 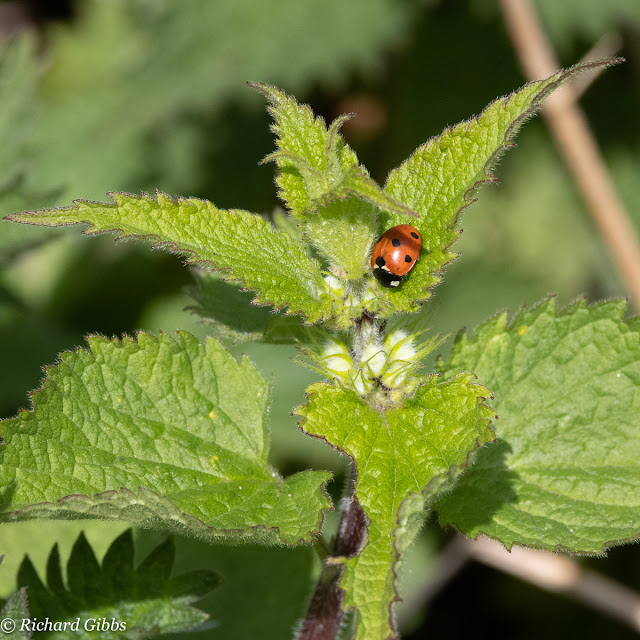 And this beetle (I'm sorry, but I don't know his name - could he be a Rhopalid Bug?) likes the flowers of Garlic Mustard (or Jack by the Hedge): 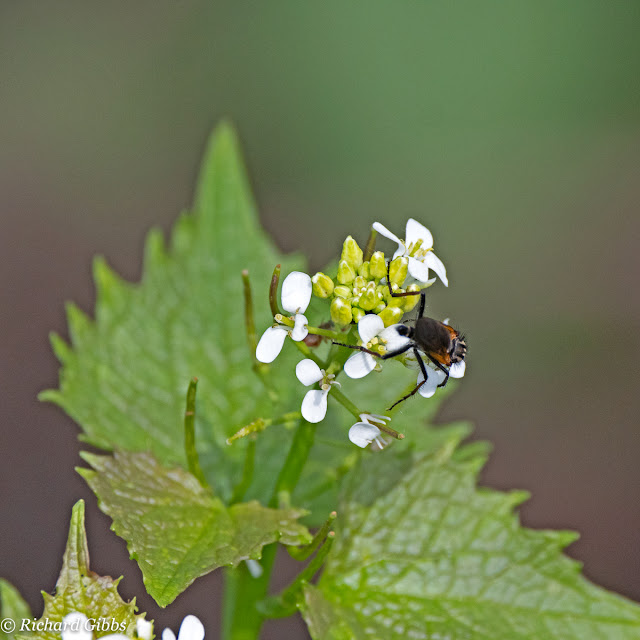 Spring is a time of rebirth. Slaughter (lambs) and rebirth. [I only recently realised that the slaughter of lambs at Easter was historically a way of preserving pasture to fatten the rest of the flock..... But Jesus was a shepherd so he would have known that.....]
Our own two daughters were born in Springtime, and indeed this piece is put together on Hannah's birthday as a special memorial to that day, several years ago, when Amanda brought her into this world: 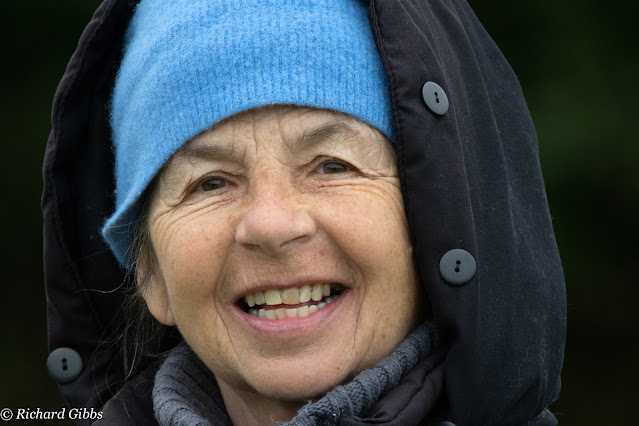 And here are some flowers for both of them:  May Blossom (Hawthorn), whose scent is just divine: 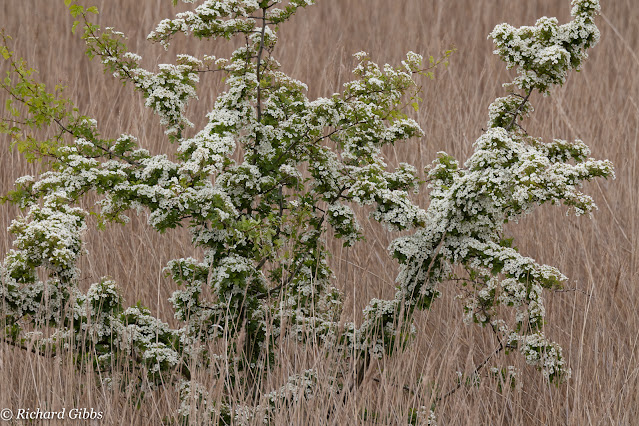 Daisies, the bright joy of light: 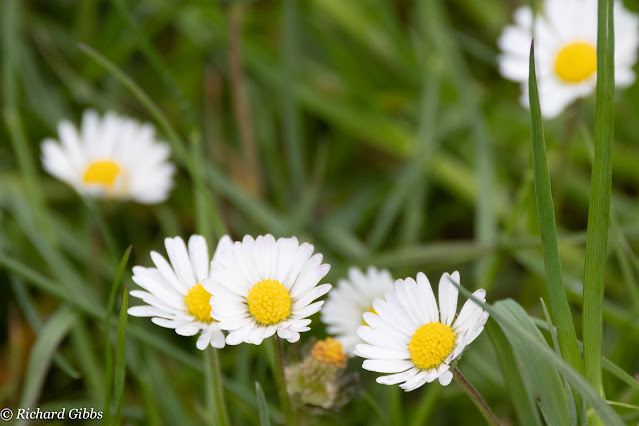 Forget-me-not, the bitter irony of nature: And the delicate red (or purple) dead nettle (or Archangel): 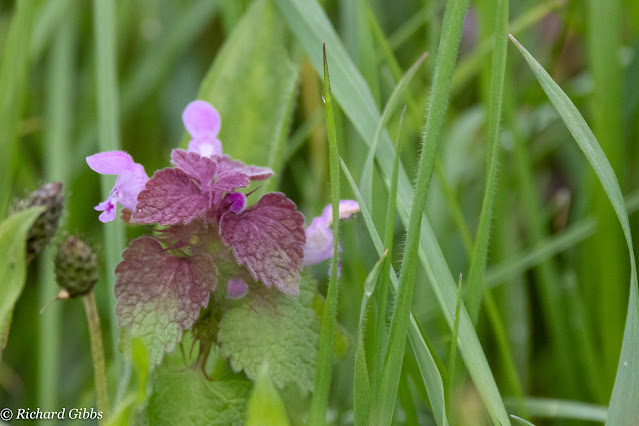 So..... Chris Packham and Michaela Strachan are in the neighbourhood, and can be seen socially distancing in a field every evening for the next couple of weeks.  OK, it's the vogue, but it does lack the intimacy and warmth of earlier programmes with a nest-like den and clever graphics.  But, hey.....

Anyway, though I was intending to buy them drinks in The Rose and Crown (where Chris has stayed in the past) and we are but a hare's leap apart, we have had to keep our distance, socially or antisocially, and so the above is my very own SpringWatch from the Ken Hill Estate. The official Springwatch cameras roll 24 hours a day and are monitored 20 hours a day. (I cannot compete with that....)

Members of the crew get around the sprawling site, that stretches five miles (8km) across, in a fleet of buggies and there are nine miles (14.5km) of cables being used by the technical team across the site.  (I cannot compete with that.)
(from)
BBC Springwatch at Wild Ken Hill: Behind the scenes
By Zoe Applegate and Kate Scotter
BBC News, East
I do like the programme, and have always enjoyed watching and listening to Michaela and Chris. It's great to know that some 4 million people will also be watching, and learning.  (And I do hope that dog owners will take heed of the warning last night about letting dogs off the lead in conservation areas......)
Apparently Sitting Bull had this to say about Spring:
Behold, my friends, the spring is come; the earth has gladly received the embraces of the sun, and we shall soon see the results of their love!
Yes - Spring Fever indeed! And I hope you may have enjoyed my personal SpringWatch.....
PS, For more about Wild Ken Hill, please see https://www.richardpgibbs.org/2021/04/a-lesson-in-rewilding.html, my earlier blog about a guided tour of the estate at dusk.... 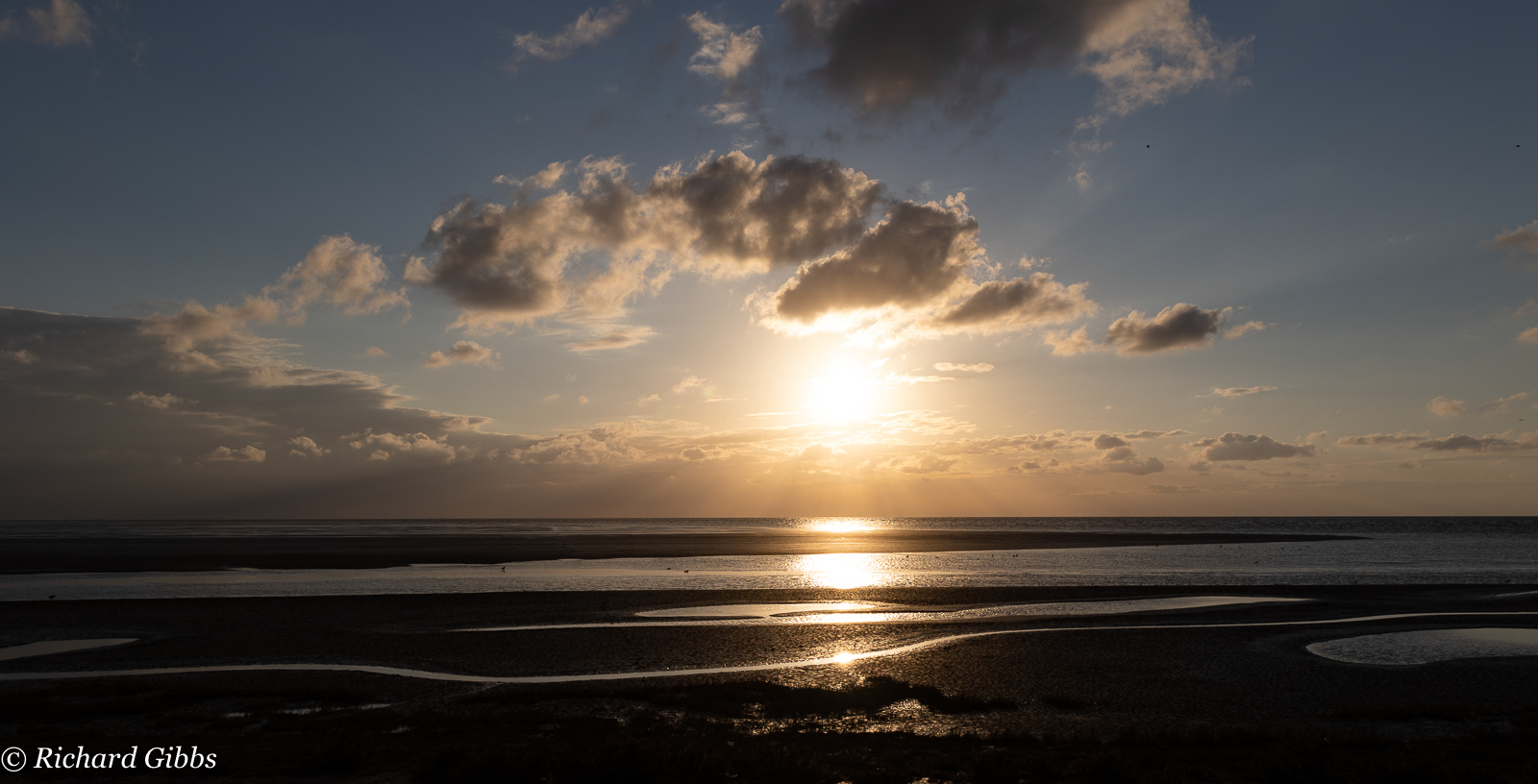