But hope remains when pride is gone 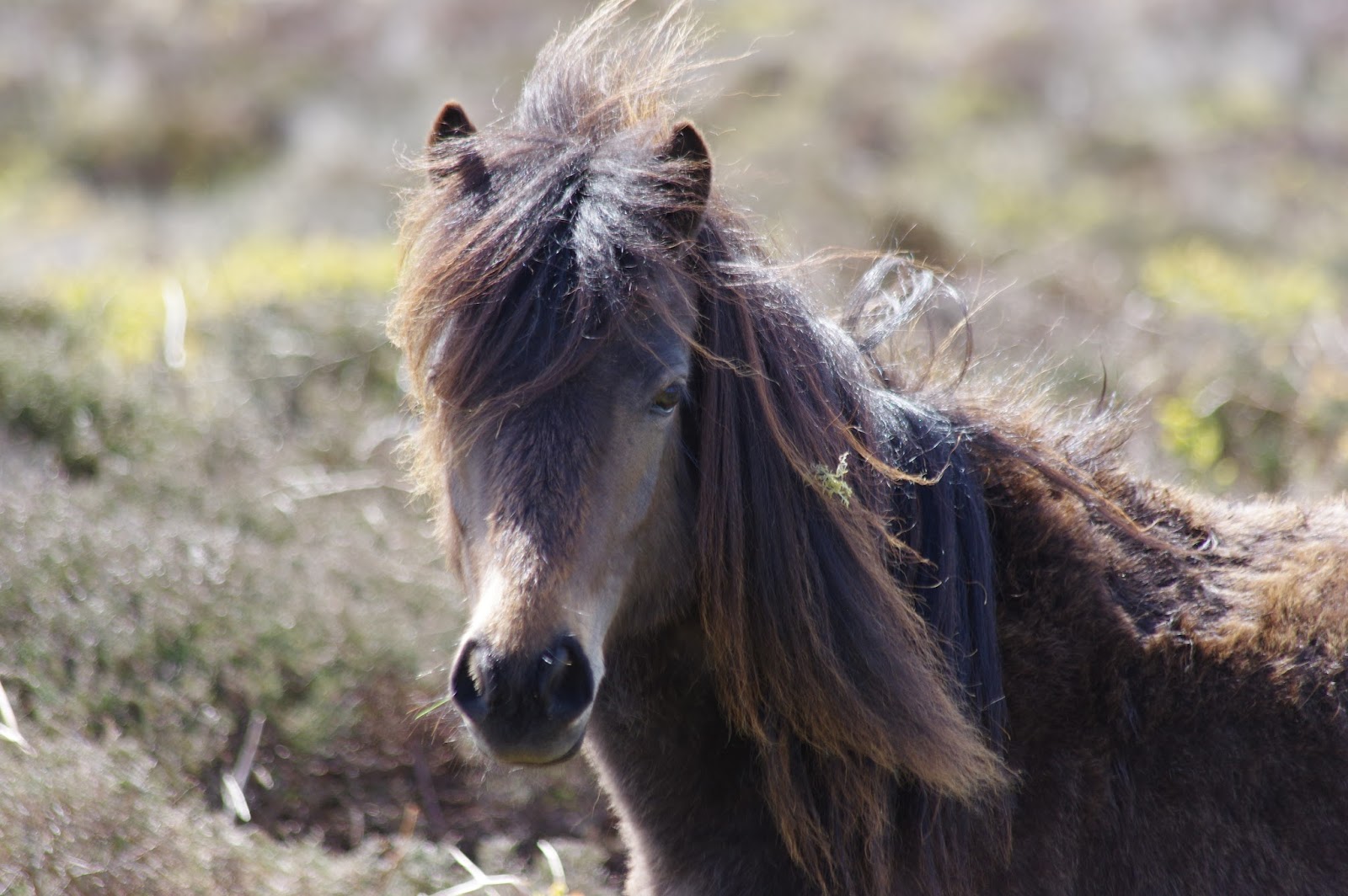 I cruise west, the concrete and steel towering over me as I pass through the shiny gateway to heaven. 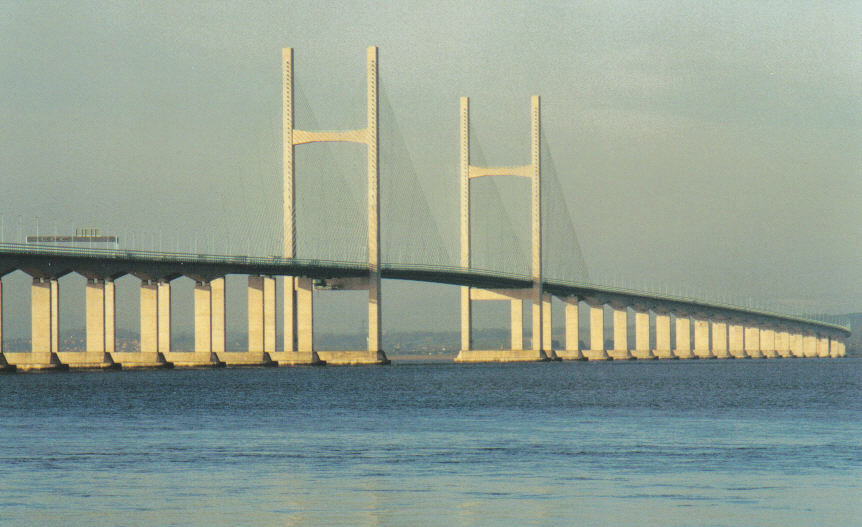 The price is £6.70 to enter these Elysian fields these days, but wtf? With the way the world is spinning we need to treat ourselves. All we really need is the band from the Titanic to play us out, and we can sink happily.

But then it is always too late to change your mind….. There is never a going back. I still believe in the England of Yore (whoever he/she was) where Postman Pat (and his black and white cat) delivers simnel cake and Private Godfrey’s sister Dolly makes the sandwiches. Come to that I even sometimes live in a world where Betsy Trotwood chases donkeys out of her front garden, Justices Shallow and Silence preside over the magistrature, and The Pardoner’s Tale passes the time in the traffic between Sittingbourne and Faversham.

But that is fantasy.  There is no going back, 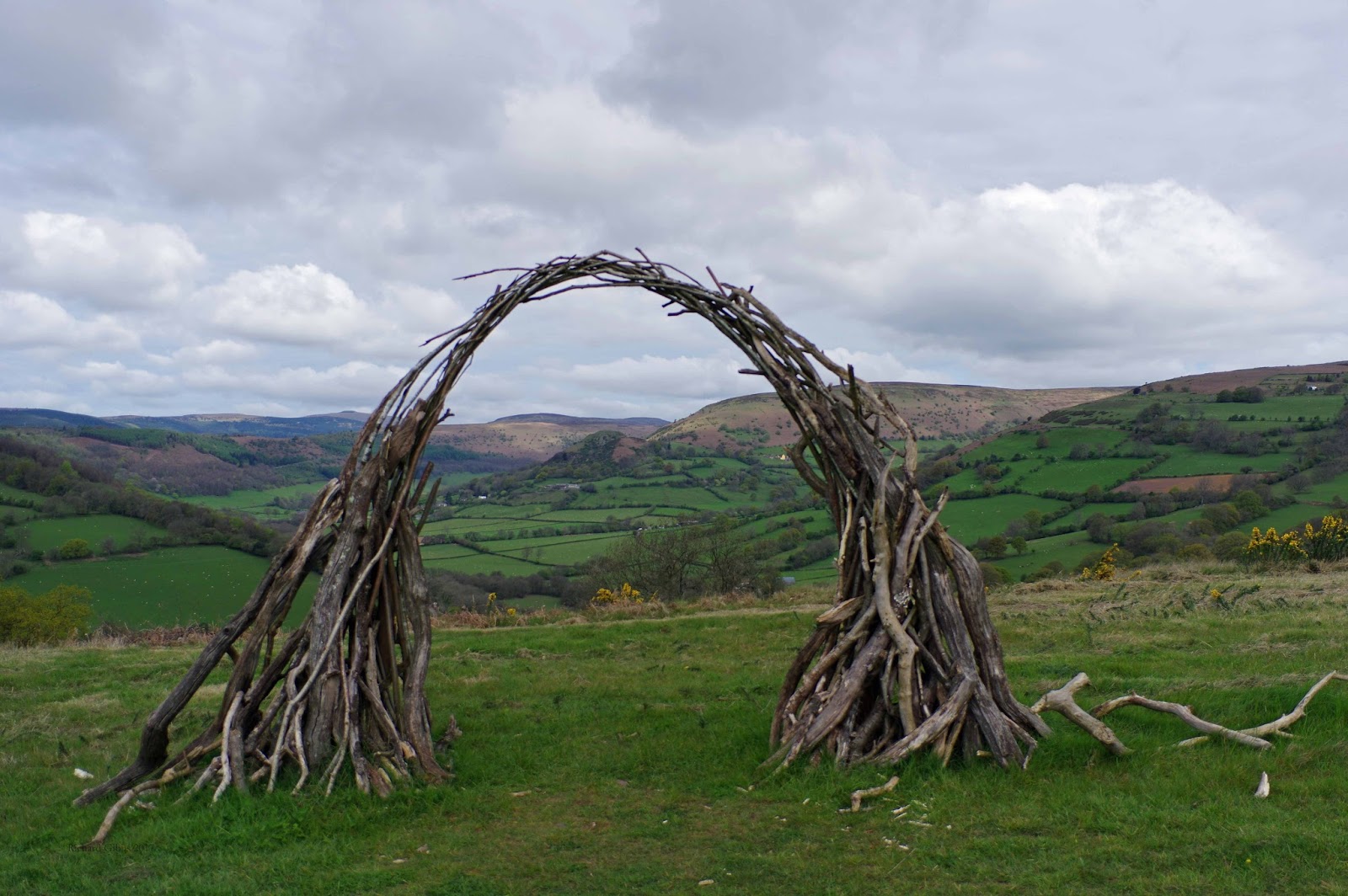 So I pursue my first intent, to be a pilgrim for the day on Offa’s Dyke, up the hills near Abergavenny, in Monmouthshire. This is border territory, sometimes known as the Anglo-Welsh Border. The England-Wales border runs for 160 miles, from the Dee to the Severn estuary. It has followed much the same line since the 8th century, and for part of the way it is marked by Offa's Dyke. Offa was Trump of Mercia from 757 to 796, and his walled ditch was constructed (at his own expense?) to keep the immigrants from Powys out. The modern boundary was fixed in 1536, when Henry VIII melted the lead off the roof of Tintern Abbey and simultaneously created both the Romantic Poets and Secular Tourism. 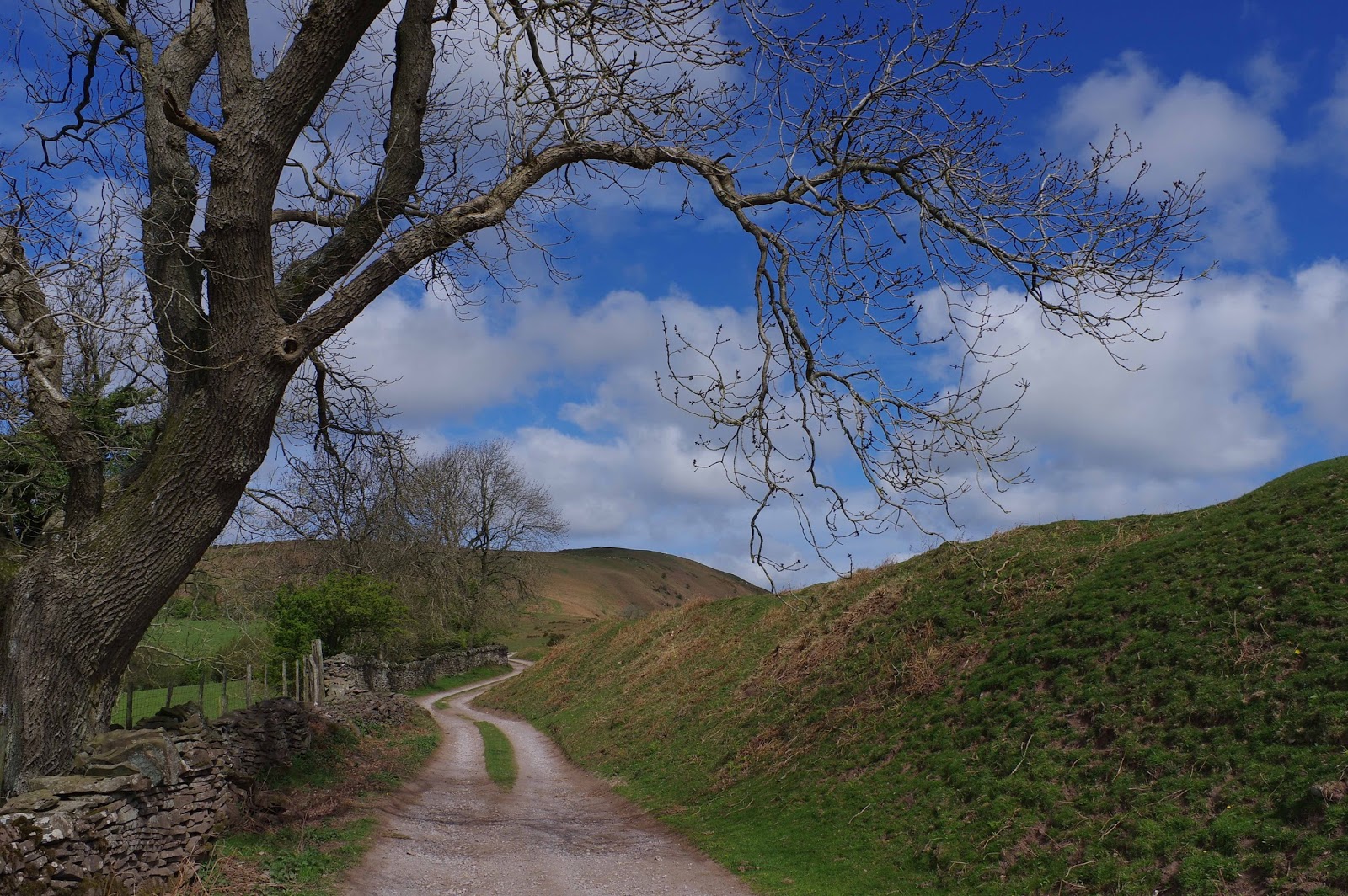 Now the only signs of Welsh independence are signs on the road instructing you to go ARAF and a charge of £6.70 to cross the Severn in a westerly direction, where:

Up on these beautiful hills, with views across England’s green and pleasant (?) land to the East, the Black Mountains and the Brecon Beacons to the west, 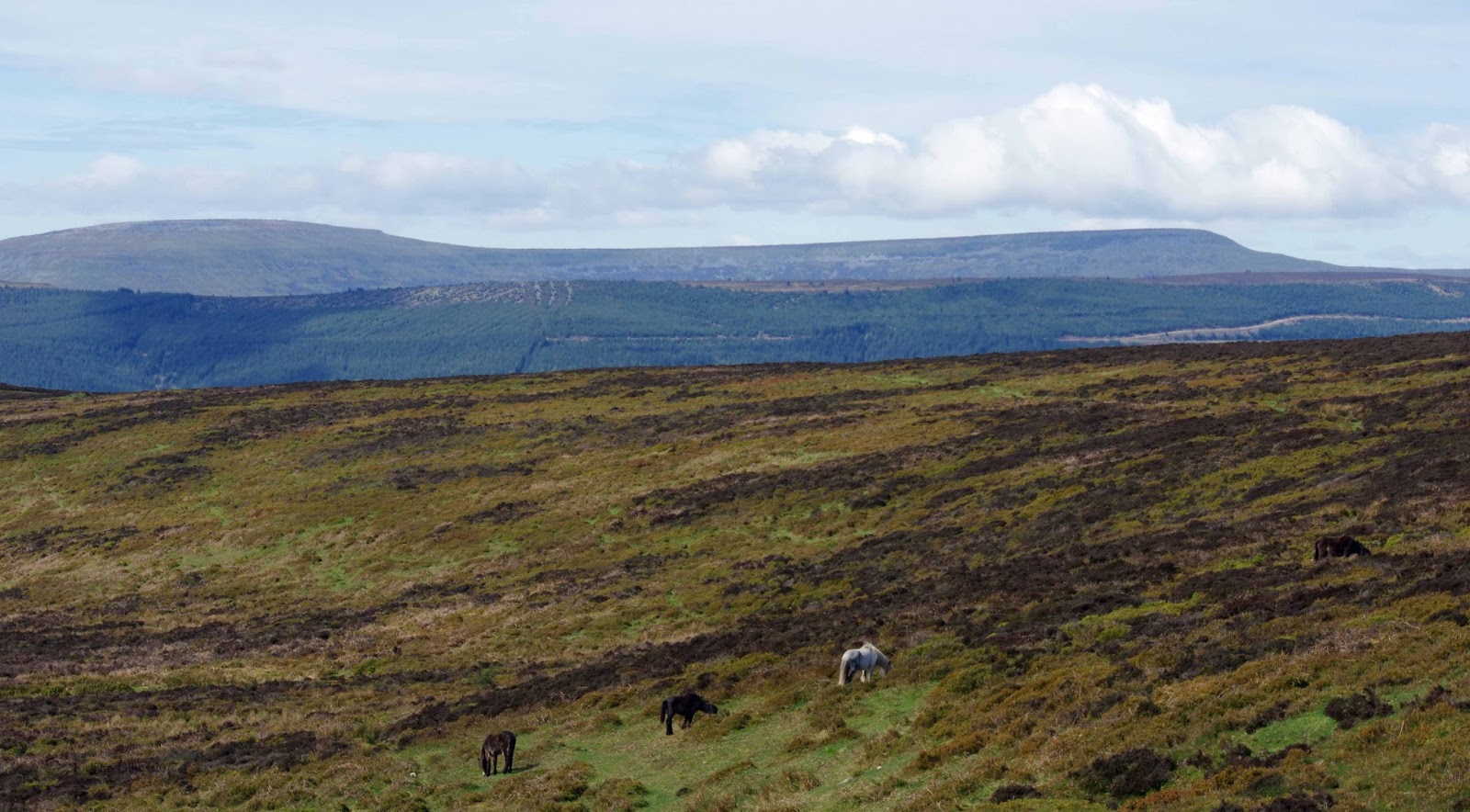 and the flatiron top of Ysgyryd Fawr (Skirrid) between me and the Mouth of the Severn to the south,

it feels good. I am away, temporarily, from it all – or so it seems. The corrugated end of a farm building carries verses from Edward Thomas’s The Lofty Sky: 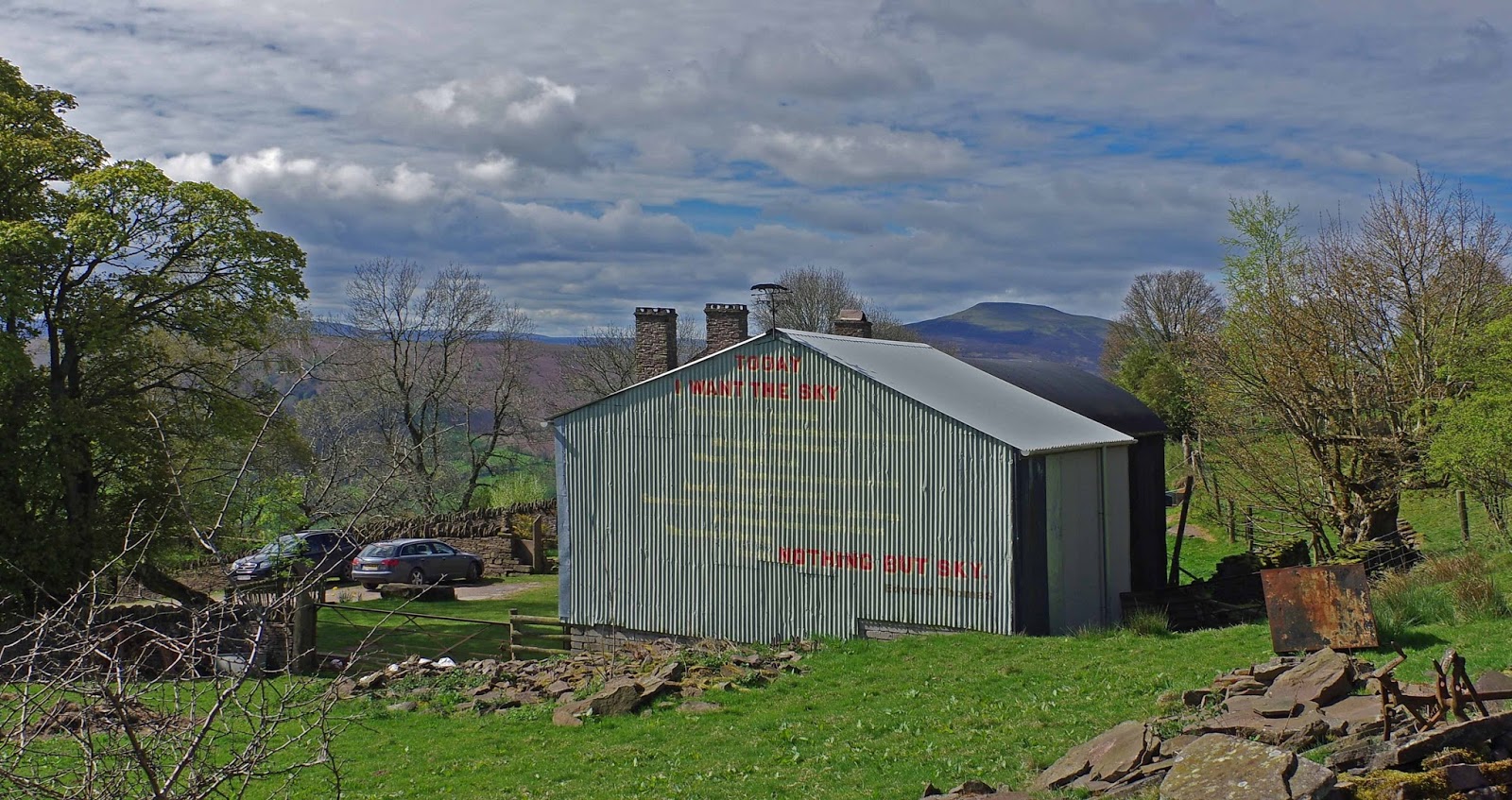 Today I want the sky,
The tops of the high hills,
Above the last man’s house…

…where naught deters
The desire of the eye
For sky, nothing but sky. 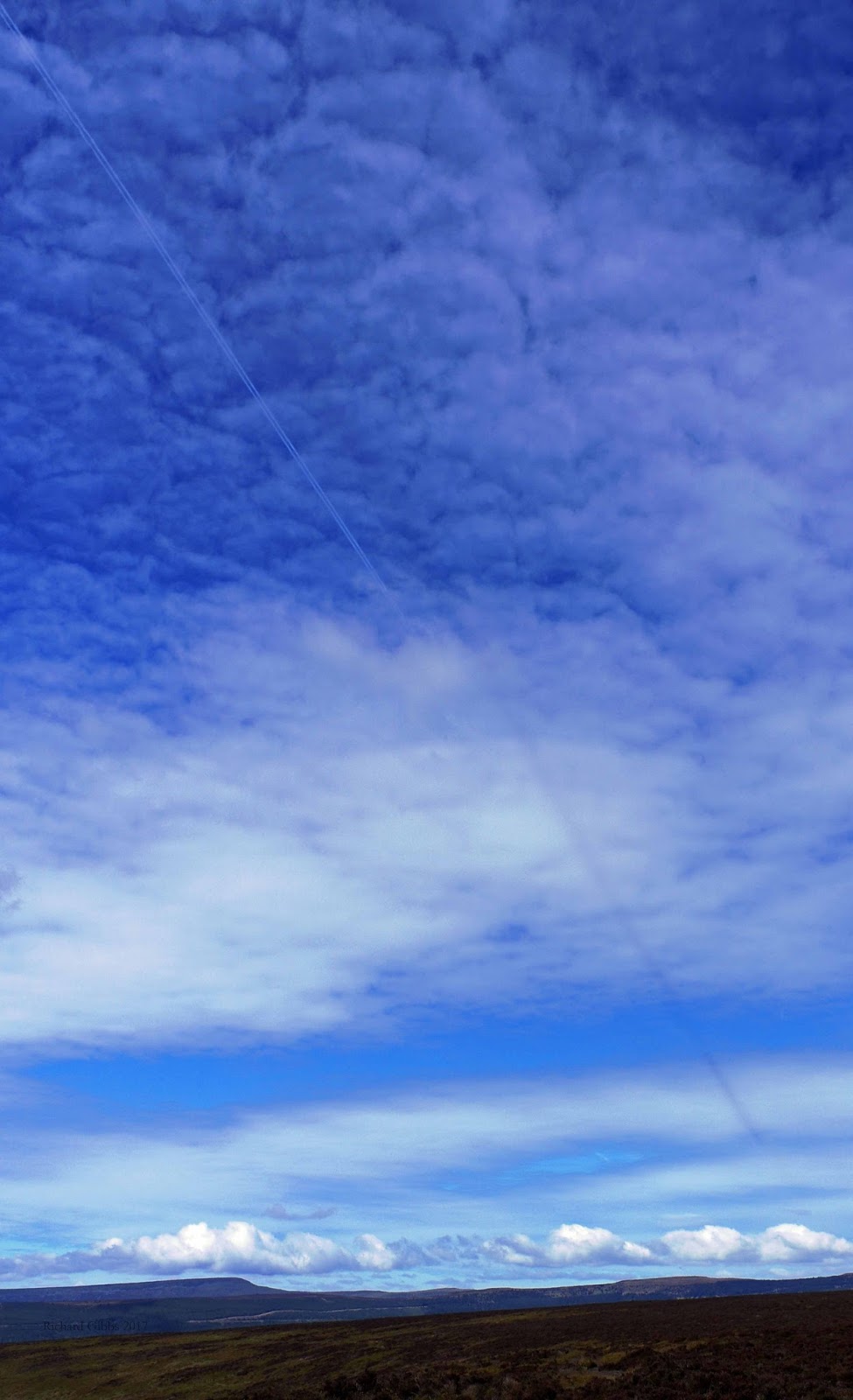 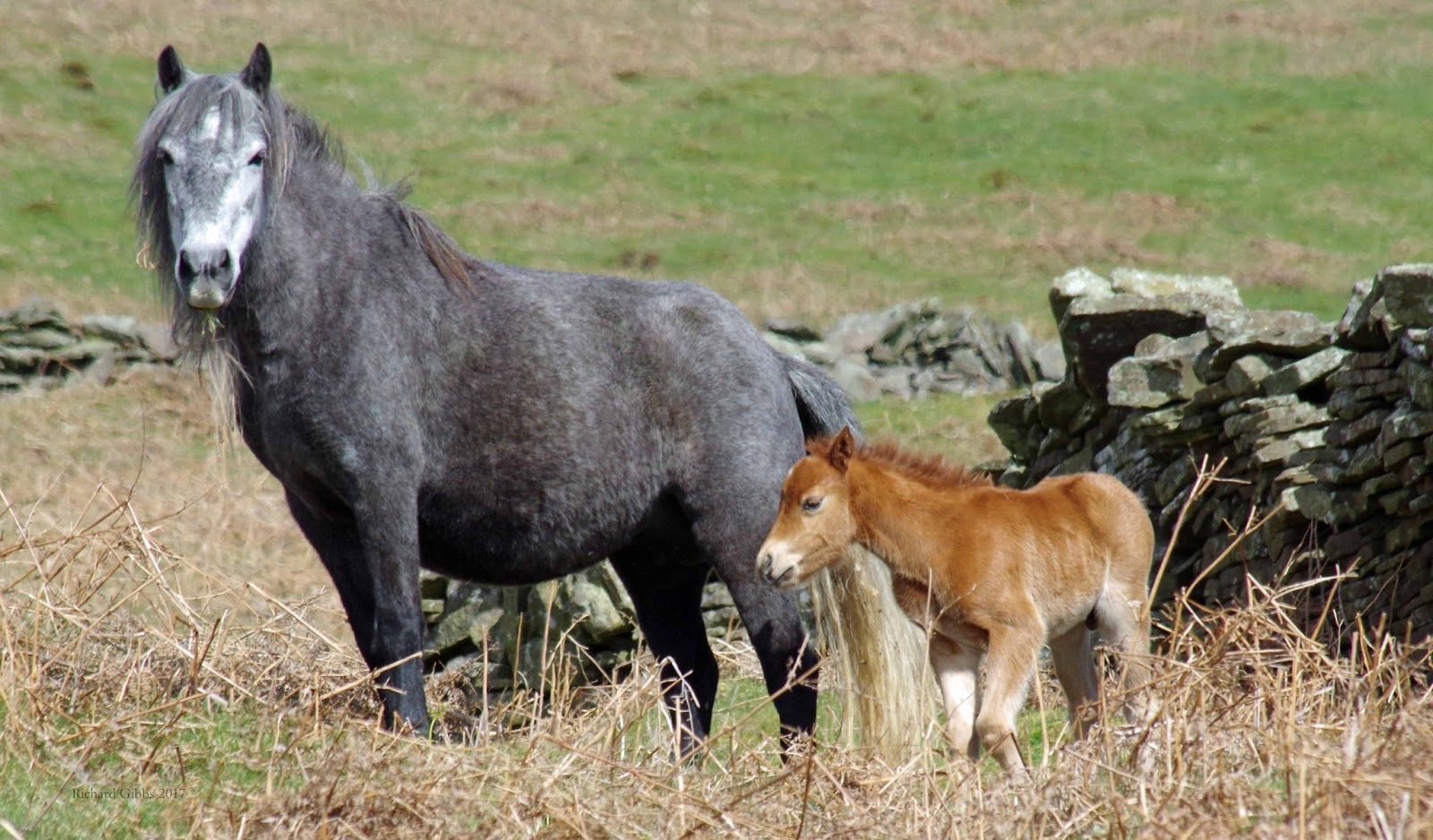 I am alone with my thoughts, where once border patrols might have shot me on sight.

And other borders, other boundaries, come to mind. What is this United Kingdom if full of care? Will Gretna be Greener when Scotland detaches itself? What about Ireland? In Sunday’s Observer Sean O’Hagan asks Will Brexit reopen old wounds with a new hard border?

A recent Irish government survey noted that there are now around 200 border crossing points and an estimated 177,000 lorries, 208,000 vans and 1.85m cars travel to and from Northern Ireland every month. In spite of this progress, the prevailing question now occupying people either side of the Irish border, particularly those that live in its hinterland, is: does Brexit mean that checkpoints of some kind could reappear, to prevent the movement of goods and people from European Ireland into British Northern Ireland?

The border is 310 miles long, and, as we soon find out, can be difficult to follow even with the help of an Ordnance Survey map. It skirts five of the six counties of Northern Ireland – Down, Armagh, Tyrone, Fermanagh and Derry – as well as five Irish border counties – Louth, Monaghan, Cavan, Leitrim and Donegal. Along the way, it bisects mountains, towns, townlands, fields, rivers, bridges, farms and even a few houses wherein the occupants sit down to supper in Ireland before going to sleep across the hall in Britain. [Courtesy of Guardian News & Media Ltd]

And O’Hagan reminds us of Seamus Heaney’s chilling poem From the Frontier of Writing:

a little emptier, little spent
as always by that quiver in the self,
subjugated, yes, and obedient.

Do we need these borderlines? Will the ponies be safer? Will the larks fly higher? As Robert Frost, in Mending Wall, said:

Something there is that doesn't love a wall…

…Before I built a wall I'd ask to know
What I was walling in or walling out,
And to whom I was like to give offence.

Though he recognises, and challenges, the opposition from his neighbour, but:

I see him there
Bringing a stone grasped firmly by the top
In each hand, like an old-stone savage armed.
He moves in darkness as it seems to me,
Not of woods only and the shade of trees.
He will not go behind his father’s saying,
And he likes having thought of it so well
He only says, 'Good fences make good neighbors'. 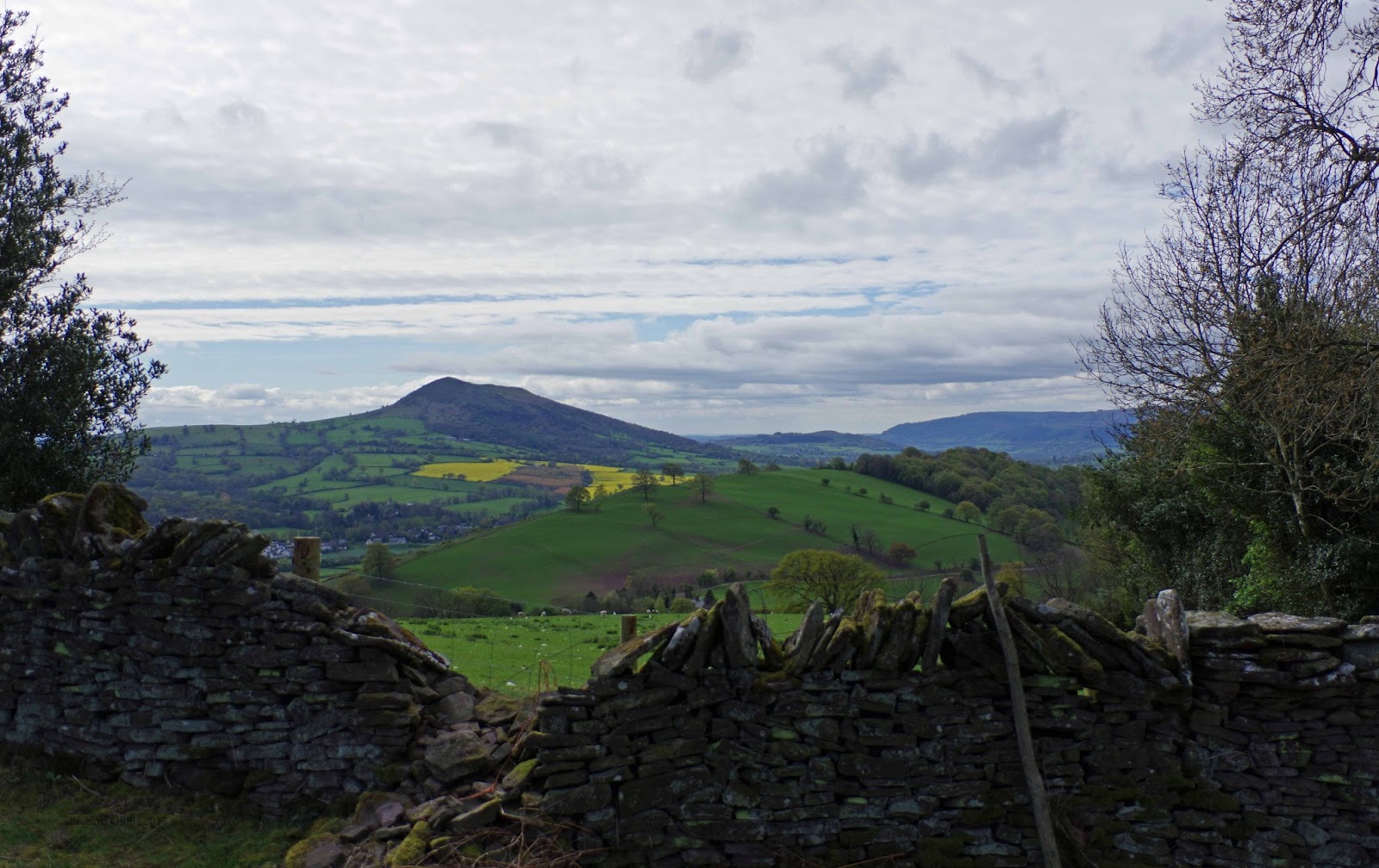 The received wisdom of ages: the black, the white, the binary choice. What are we doing with these enclosures, these barriers? In due course they will all be reduced to dust and ashes as the world warms, and meteorites gather speed in the vacuum, teeming towards our fragile planet, mindlessly careering through our futures. Why make things worse? 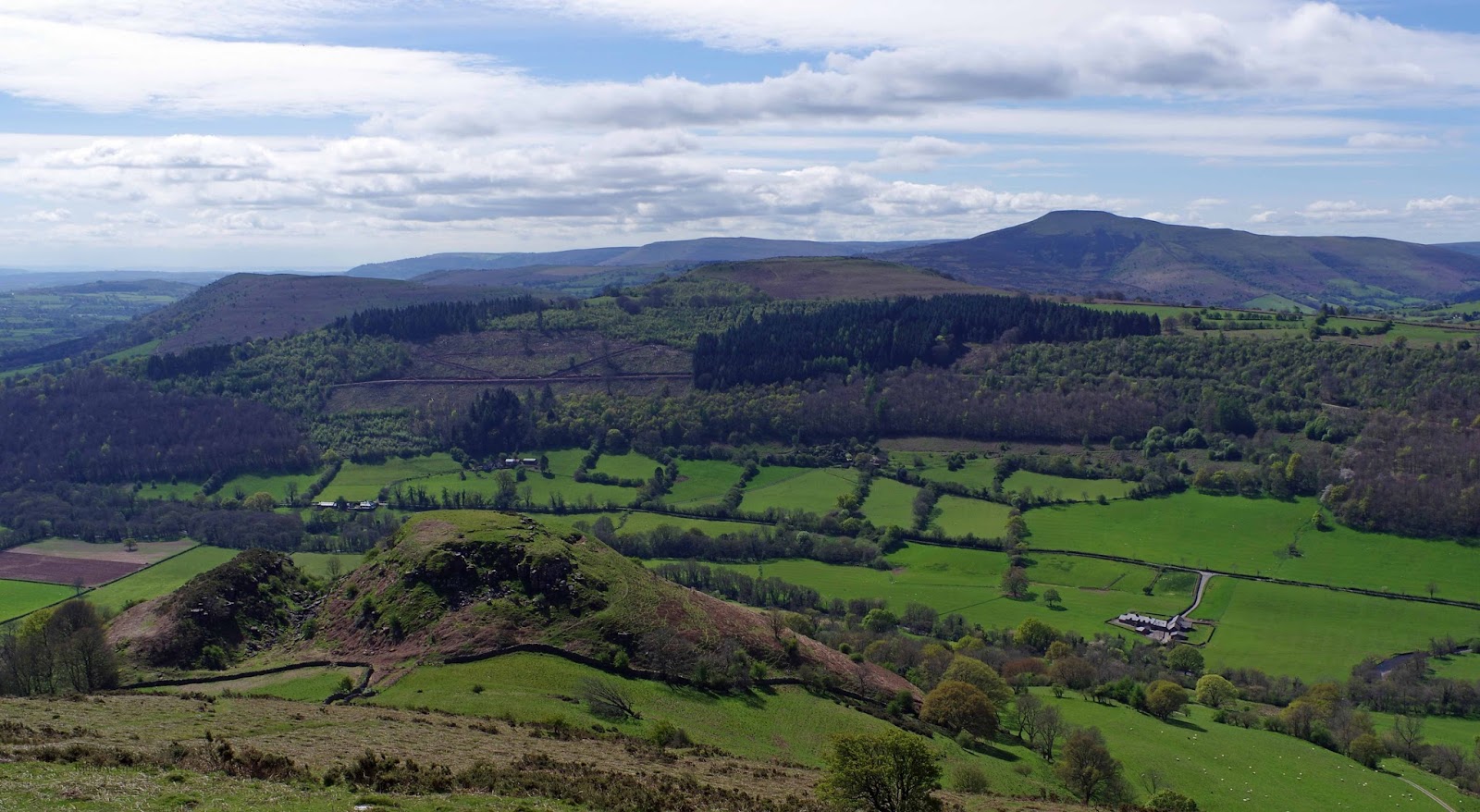 However, despite this life of care I enjoy a beautifully unfettered walk over Hatterall Hill in Crucorney, with a steep descent in to the Vale of Ewyas, with a stop at the wonky Cymyoy church, 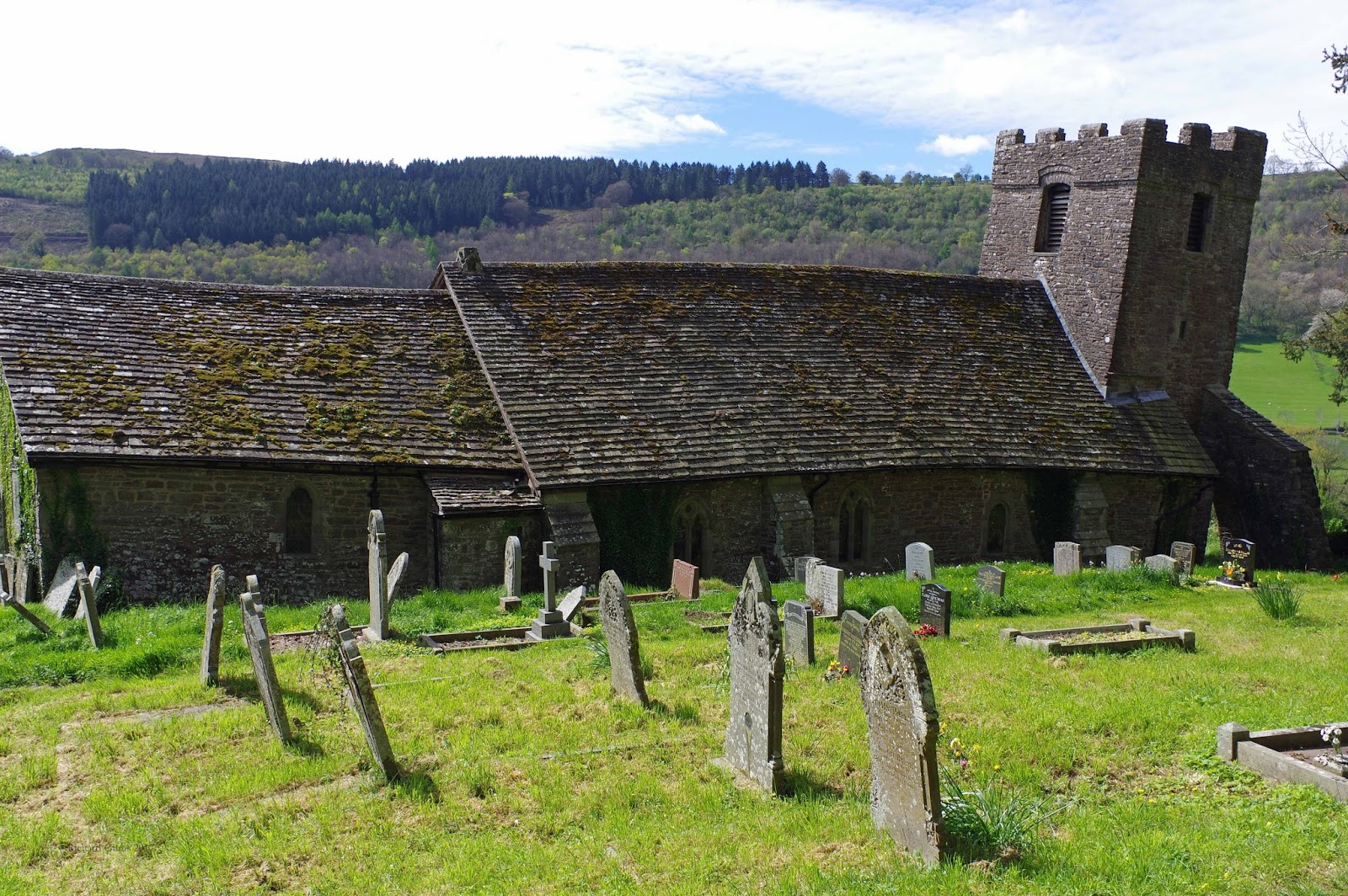 which was built on slippage from the cracked old red sandstone of the surrounding hills (cf Matthew chapter 16, verses 18 & 19, And I say also unto thee, That thou art Peter, and upon this rock I will build my church; and the gates of hell shall not prevail against it…. And I will give unto thee the keys of the kingdom of heaven: and whatsoever thou shalt bind on earth shall be bound in heaven: and whatsoever thou shalt loose on earth shall be loosed in heaven…. I feel reassured?) 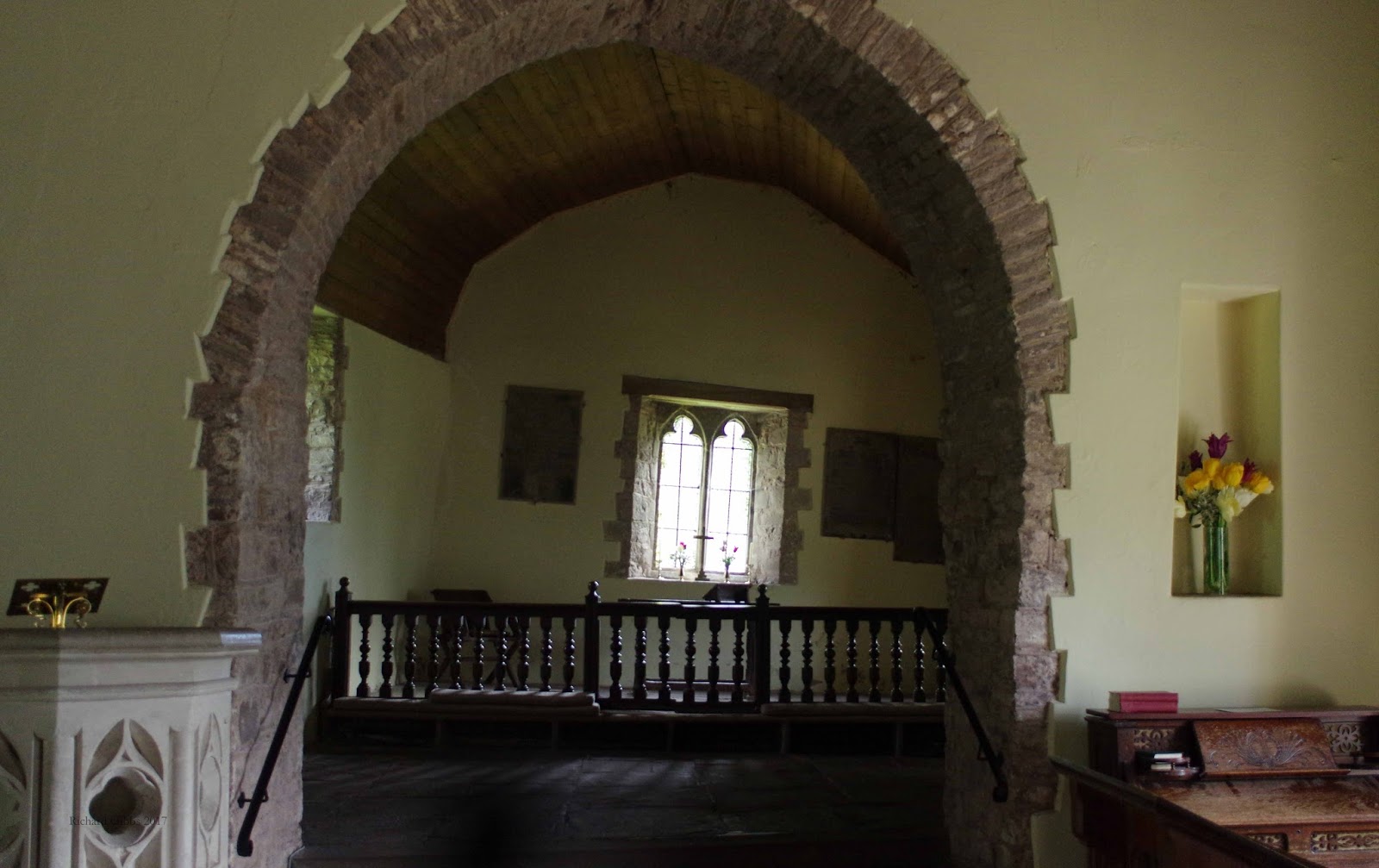 and end up in the Queen’s Head, which isn’t really a very Welsh name for a pub, is it? In fact neither the lady of the house, nor any of the clientele switch to Welsh when I enter…. 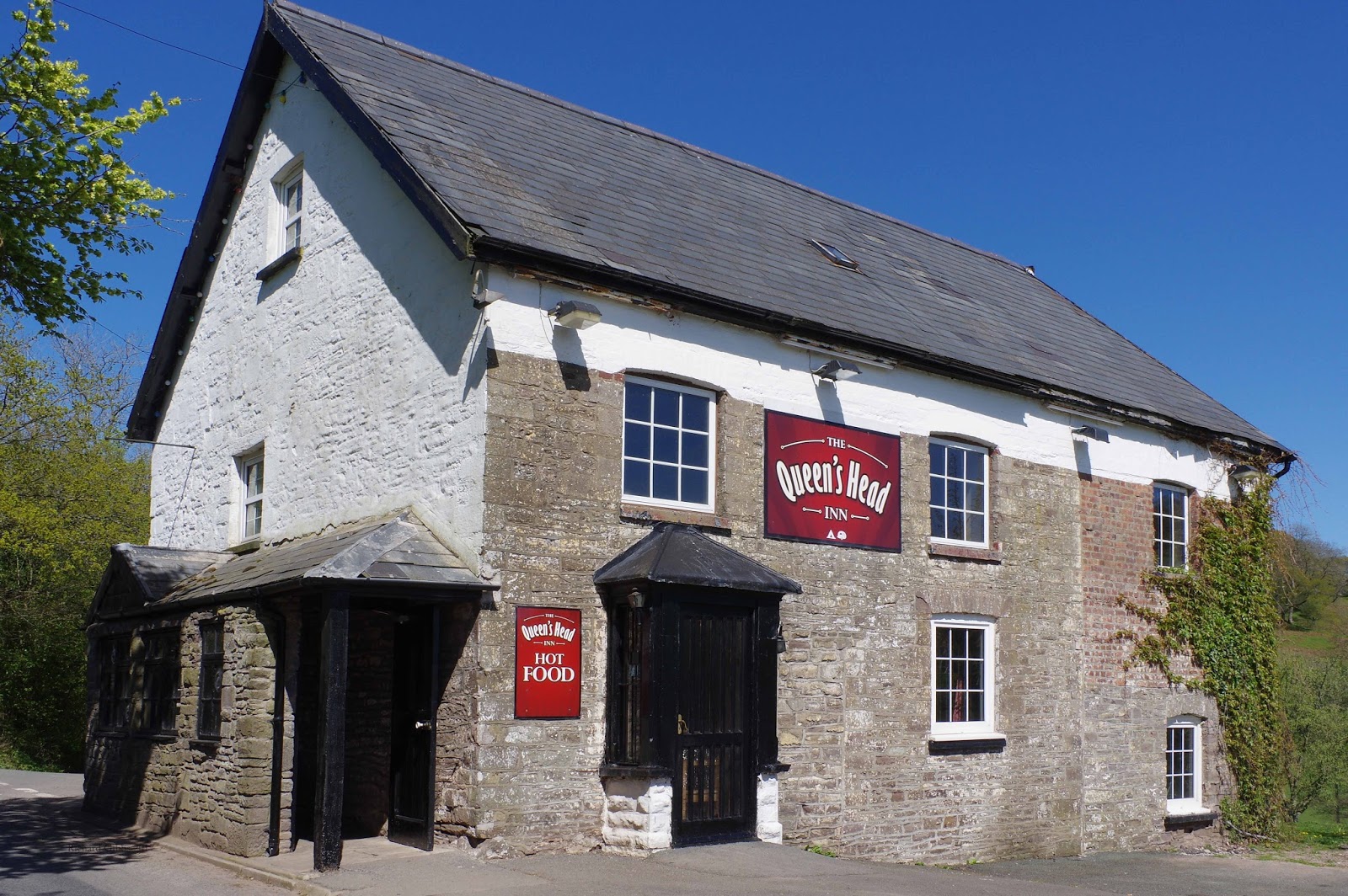 In fact, none of them are Welsh…. A sandwich and a pint, and a few clues in the communally shared giant crossword (The Ghost of Thomas... five letters beginning in K?), and then it’s back across the borderline to Bristol…. 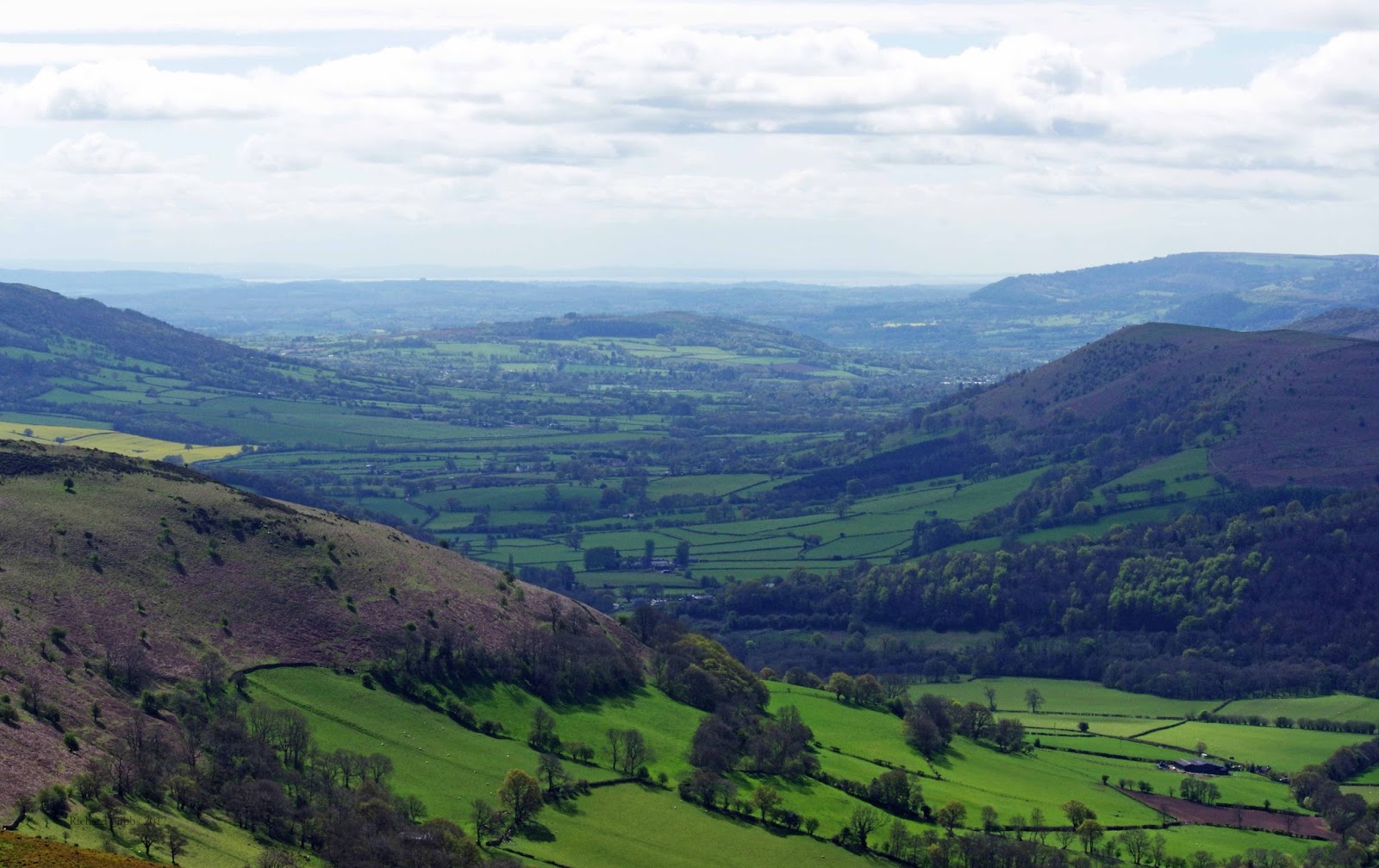 Though, as Ry Cooder, Jim Dickinson and John Hiatt wrote:

There is no going back…… There is only hope!


Please sponsor my 100 mile hike in support of research into Dementia through Alzheimer's Society by donating online at http://www.justgiving.com/Richard-GIBBS5 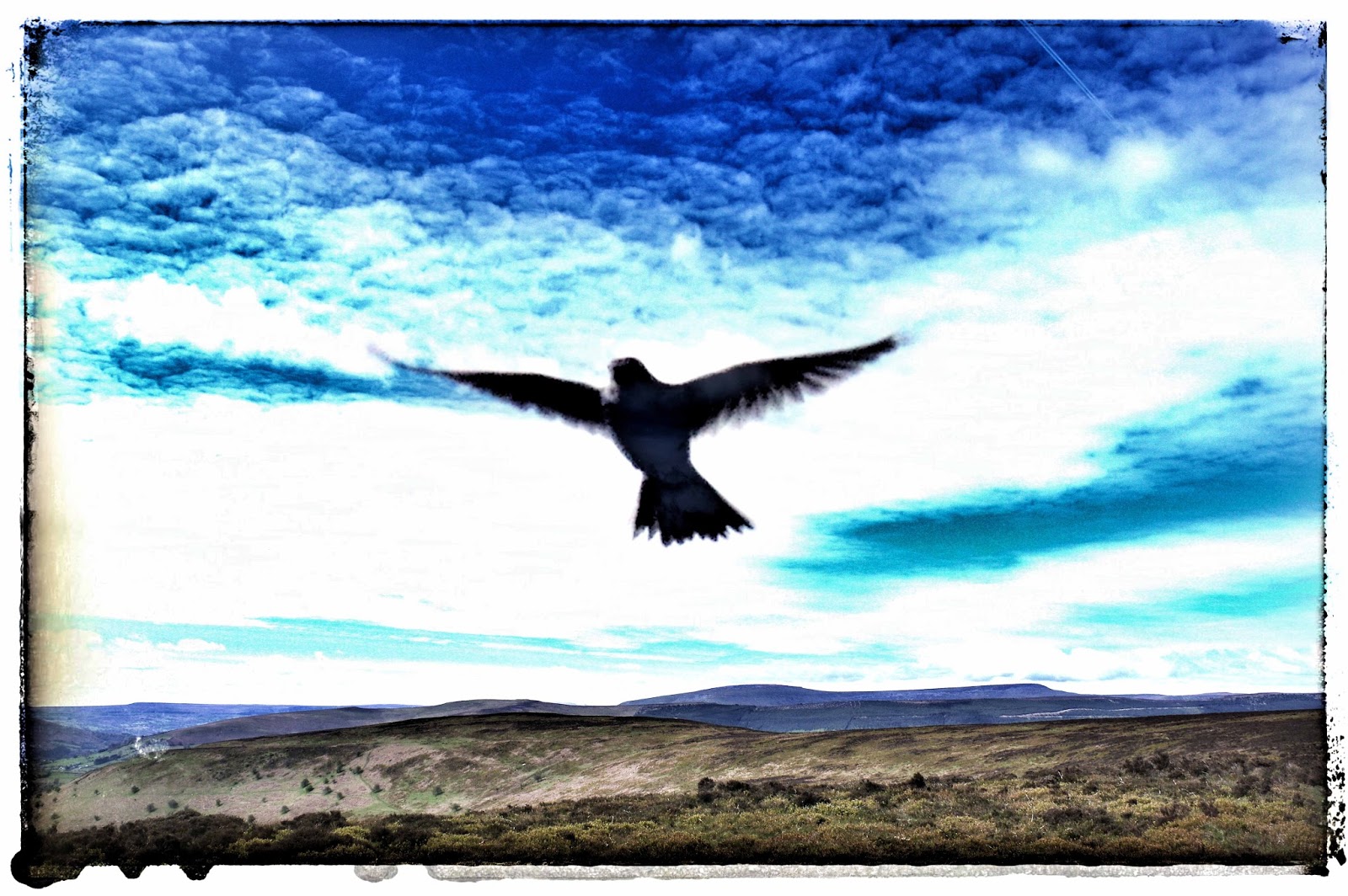 
For one throb of the artery,
While on that old grey stone I sat
Under the old wind-broken tree,
I knew that One is animate
Mankind inanimate fantasy.

W B Yeats
A Meditation in Time of War