And did those feet? 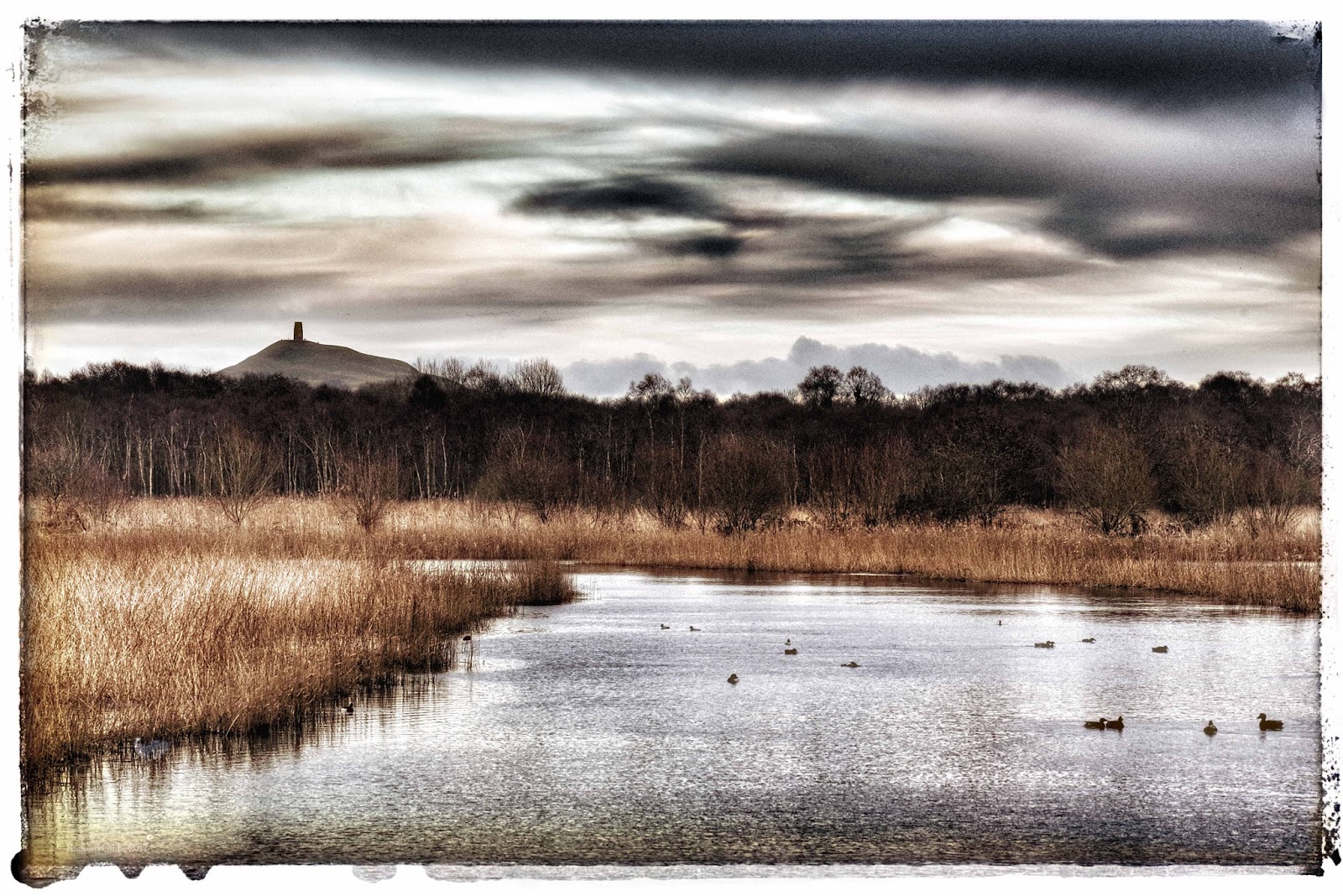 “Let's go forward into this fight in the spirit of William Blake: I will not cease from mental fight, nor shall the sword sleep in my hand, till we have built in 's green and pleasant land.”  The words of a committed cry for Brexit?  No way.....

In 1945 Clement Attlee encouraged the voters of the United Kingdom to choose him over Winston Churchill (who mentioned the Gestapo in connection with a potential Labour leadership) not from a blind adherence to little England, but with a passionate view of a welfare state that would flourish at peace with its neighbours. 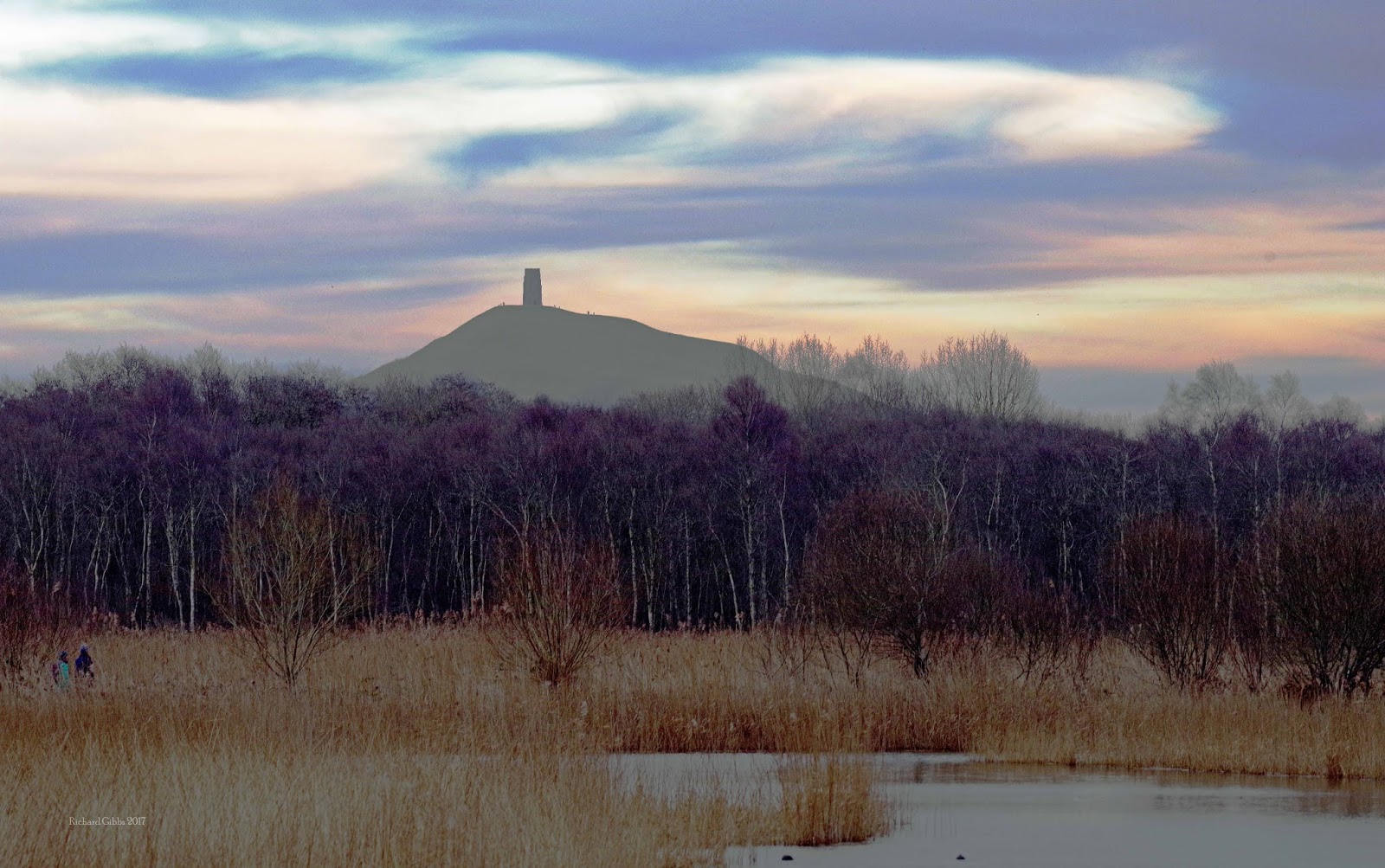 And William Blake, who speculated on the visit of Jesus of Nazareth with his great-uncle, tin-trader Joseph of Arimathea, to Cornwall and Somerset, would not have recognised the term Euro-sceptic (a bit of a Neo Romantic, our Bill)……

Naturally, sceptics will say that the legend of holy feet on the Somerset Levels was just a ploy by Michael Eavis to hype up the Glasto fest, but, hey, anything that gets Dolly Parton on the Pyramid Stage cannot be all wrong….  Post Truth or Alternative Facts?

And did those feet in ancient time,
Walk upon mountains green:
And was the holy Lamb of God,
On pleasant pastures seen!

Van Morrison’s 1989 album Avalon Sunset touched, perhaps obliquely, on the links between mysticism and human love, and took in elements of pastoral beauty and personal happiness that stir deep yearnings for peace and harmony.

Van Morrison - Have I told you lately that I love you

Van celebrated birdwatching (not a recurrent theme in popular music) which relates well to my motivation to visit the Avalon Marshes…..

Coming down from Downpatrick
Stopping off at St. John's Point
Out all day birdwatching
And the craic was good

But it goes beyond.  The imagination does not have to be fed on psychobabble to see Arthur out with a pair of bins and a bottle of mead, Excalibur peacefully scabbarded by his side.  Whoever he was, the legends distort – were the bones discovered in those of him and his unfaithful wife, Guinevere, as well as his lover, Lyonors?

Whoever Arthur was, Sword in the Stone or Morte d'Arthur or not, the imagination thrives on stories, and this is fertile ground.....

Love of the simple is all that I need
I've no time for schism or lovers of greed
Go up to the mountain, go up to the glen
When silence will touch you
And heartbreak will mend.

The Somerset Levels are ancient lands, with human history reaching back 10,000 years….  That's approximately 8,000 years before those feet were even mangered....

Yes, for sure, flooding may be a terrific hardship for those who scrape their living from the inundated soils here, but this is not new…..

Van Morrison - These Are The Days 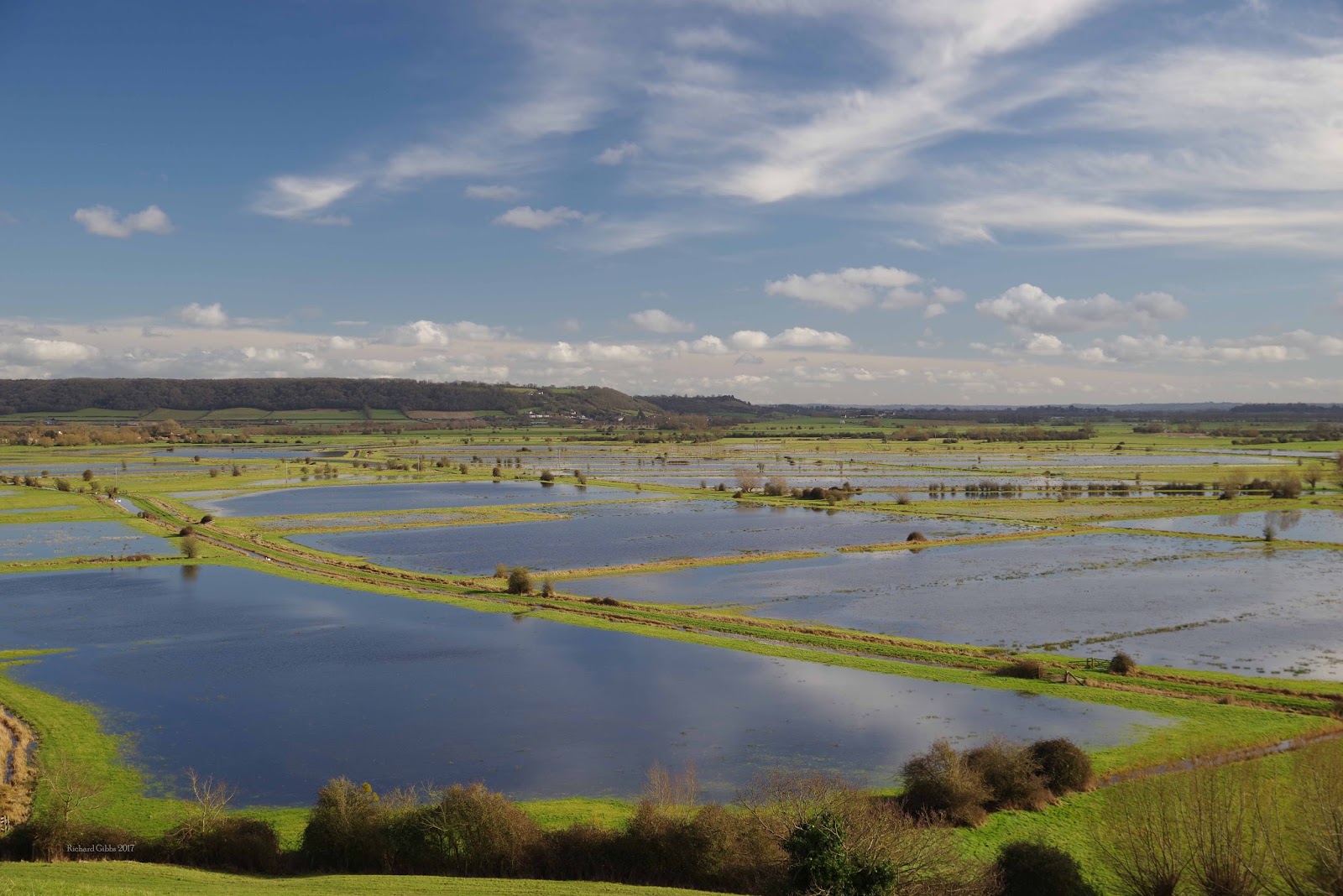 I have been out on the Somerset Levels, stepping slowly across the gleaming wetlands, watching the flocks of nervous Wigeon, or restless Godwits.  I’ve ascended Burrow Mump,

To watch over the shining meadows.  I’ve toiled up Glastonbury Tor, directed by Tiger Balm scented individuals with wispy scarves tied in their hair.  And I have paddled through the wetlands of RSPB Greylake, the Avalon Marshes and Ham Wall in search of birds, common and rare.

Van Morrison - Have I told you lately that I love you

And, as the light faded, I have watched the spectacular flight of a million Starlings as they flock down to roost amongst the reeds, spiralling, convoluting and fluttering, but never missing a wingbeat in the beautiful diamond coordination of their molecular bondings. 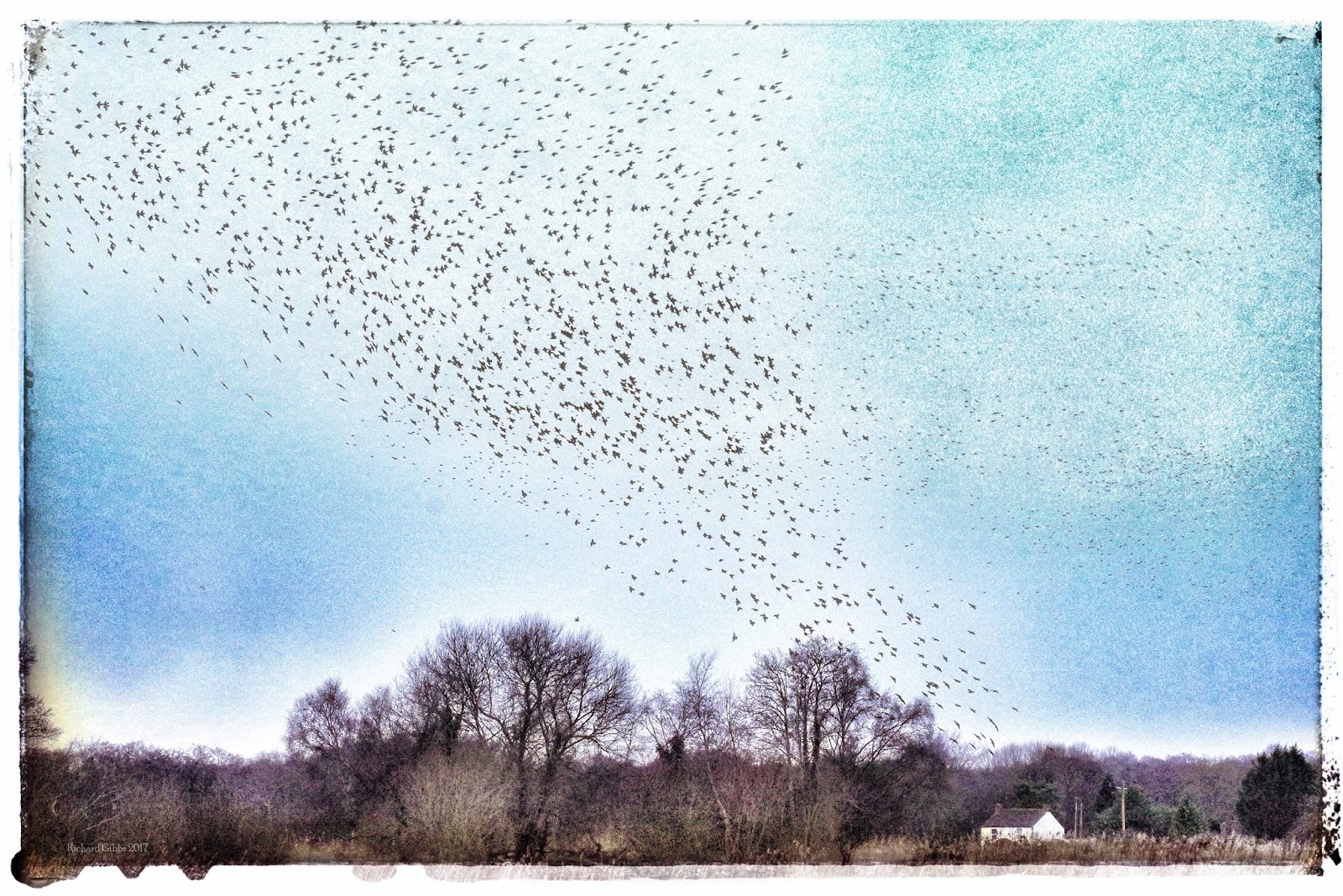 Every day is different, and on this occasion there are no famous murmurations,  just thousands upon thousands of birds descending from the air to sleep in the comparative safety and companionship of numbers….

And then, in the last vestiges of winter dusk, I look back towards the fifteenth century tower on top of the ancient Tor, and glimpse, for a moment, the purity of the mythical past. 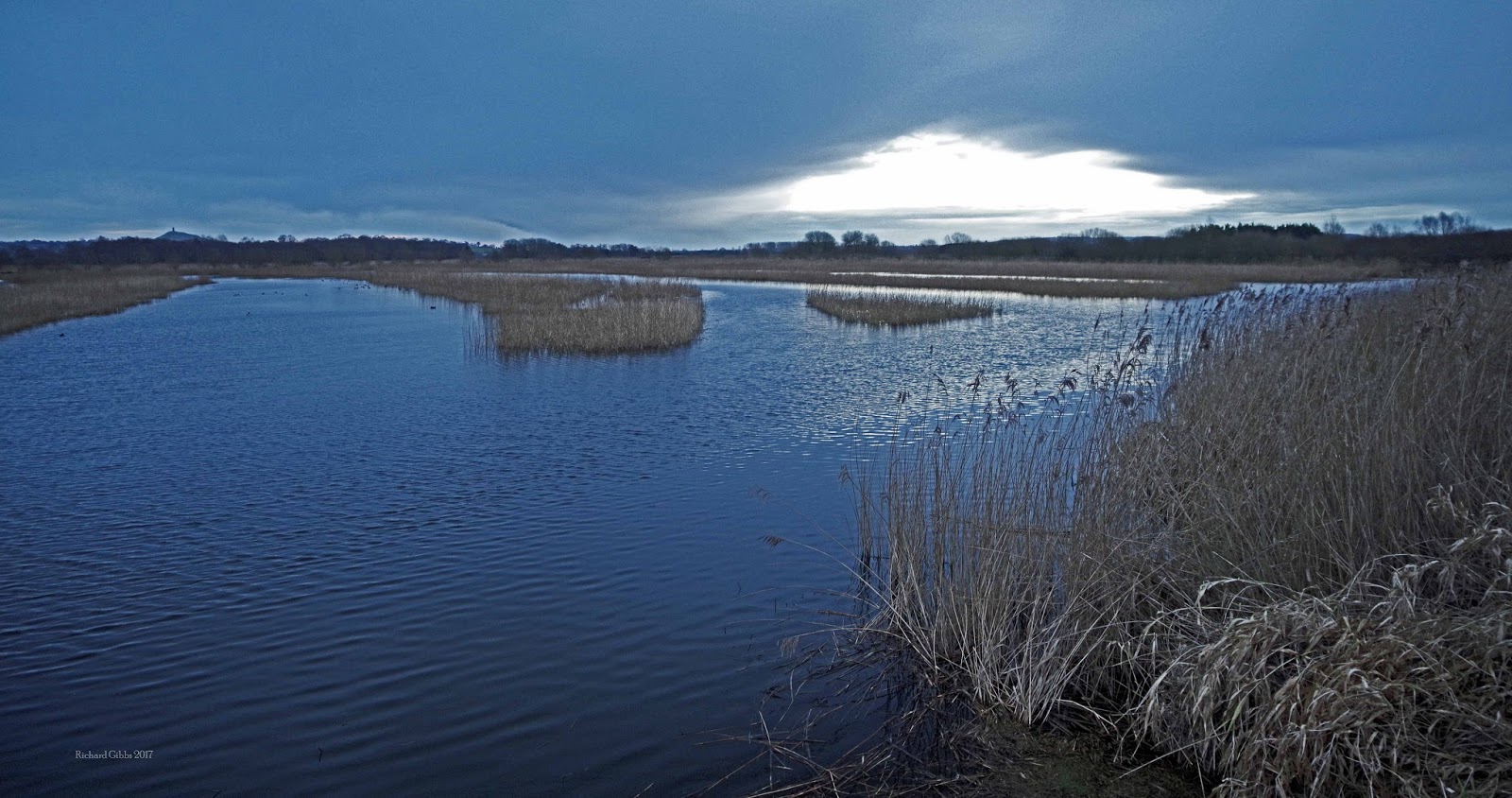 Van Morrison - These Are The Days

And in the deepening gloom, the spirits of Attlee, and Blake, and Jesus, and Morrison (Van, not, with the greatest respect, Ken) blend into one great murmuration of spiritual uplift…..

And then it’s dark, and there is nothing but the wind among the reeds…..

W B Yeats - Into the Twilight 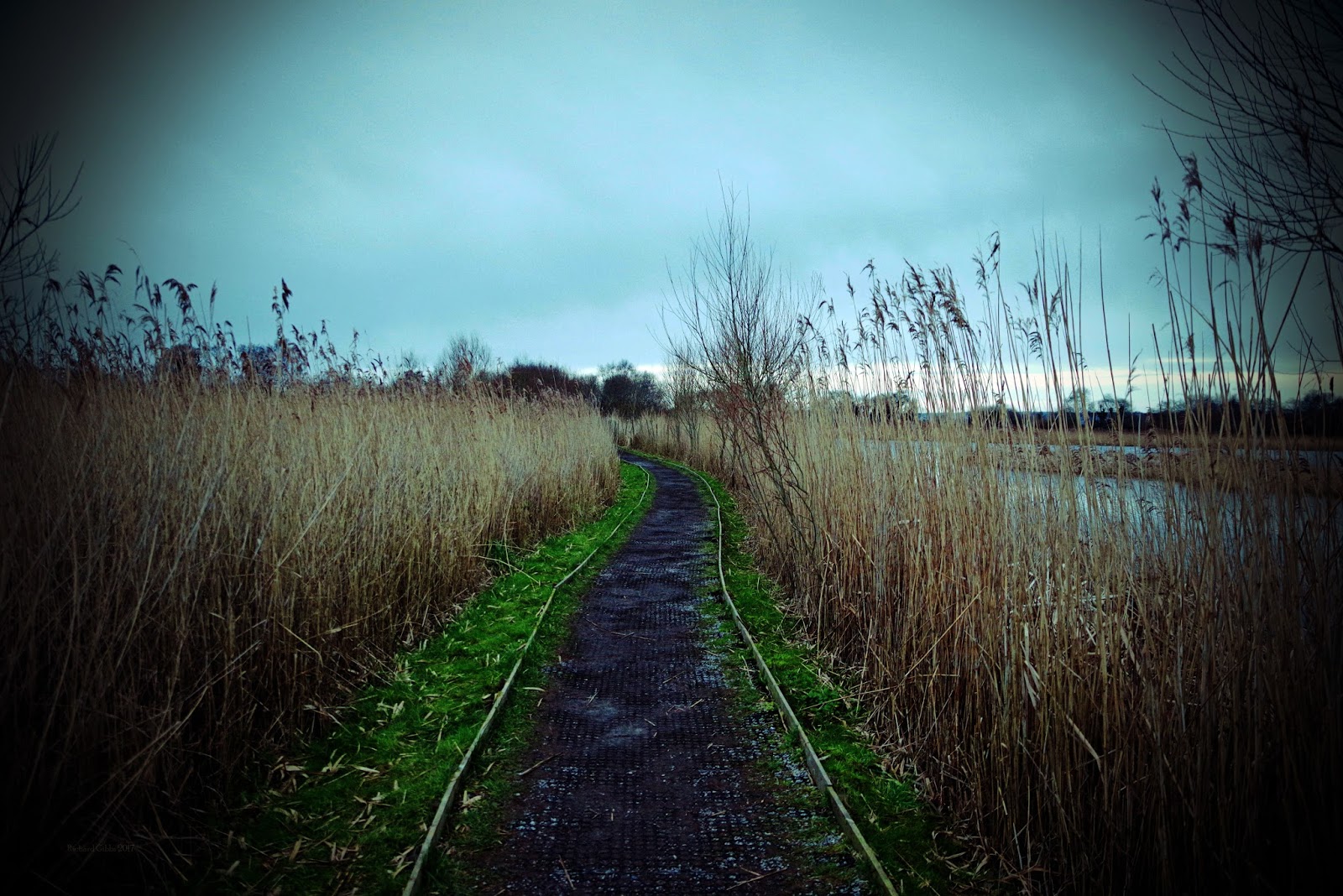 Or, as another W B appended to his Jerusalem:

Would to God that all the Lords people were Prophets