The composer, Ralph Vaughan Williams (VW to his friends) was a bit of a saucy chap. He is probably best known for The Lark Ascending, which, according to The Daily Mail (April 6th 2015) is our favourite classical tune: Ralph Vaughan William's work tops poll for second year in a row 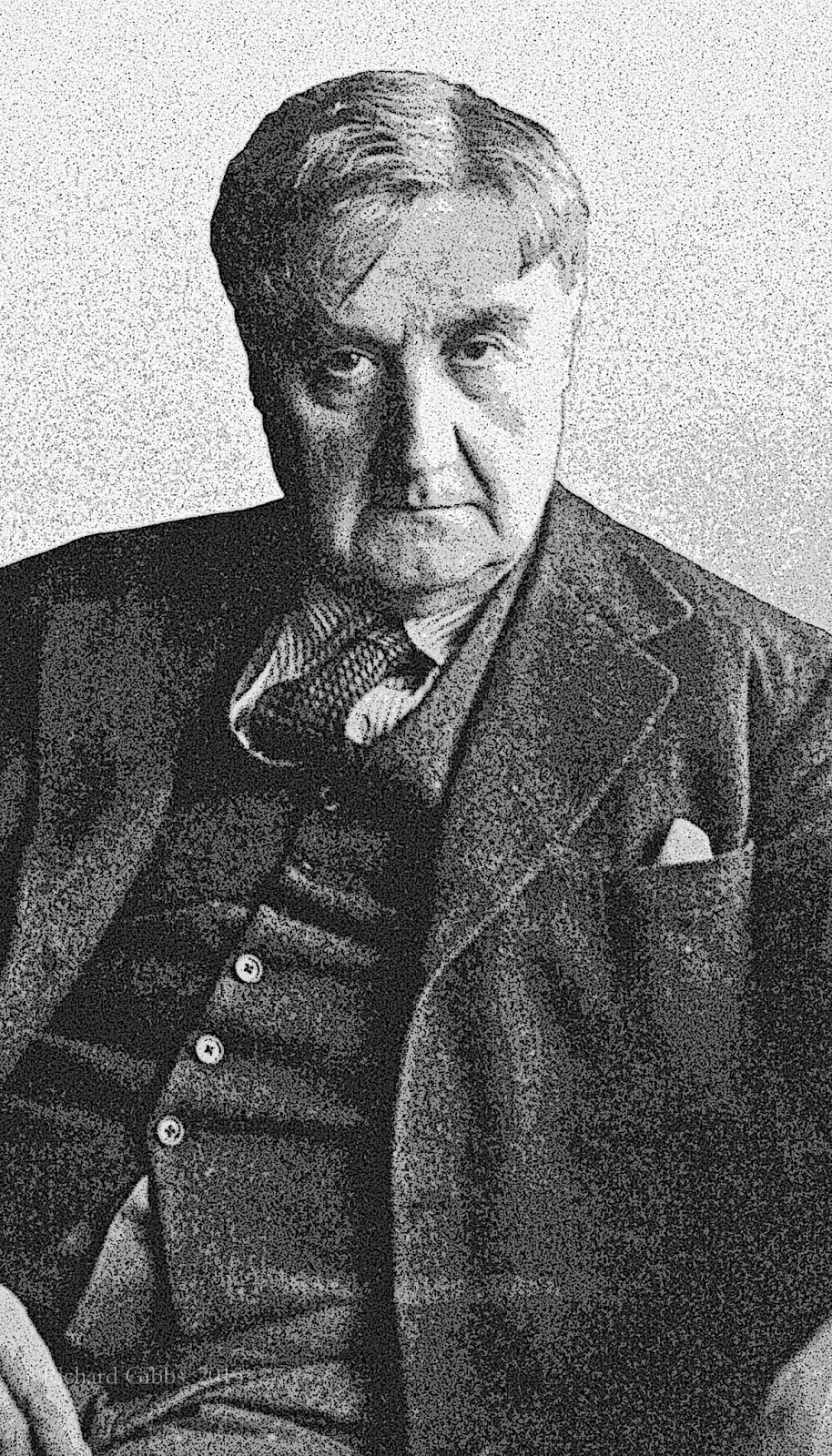 But, and this might shock some, so stiff upper lip now.... Ralph (pronounced Rafe by the way) was a bit of a Rake..... 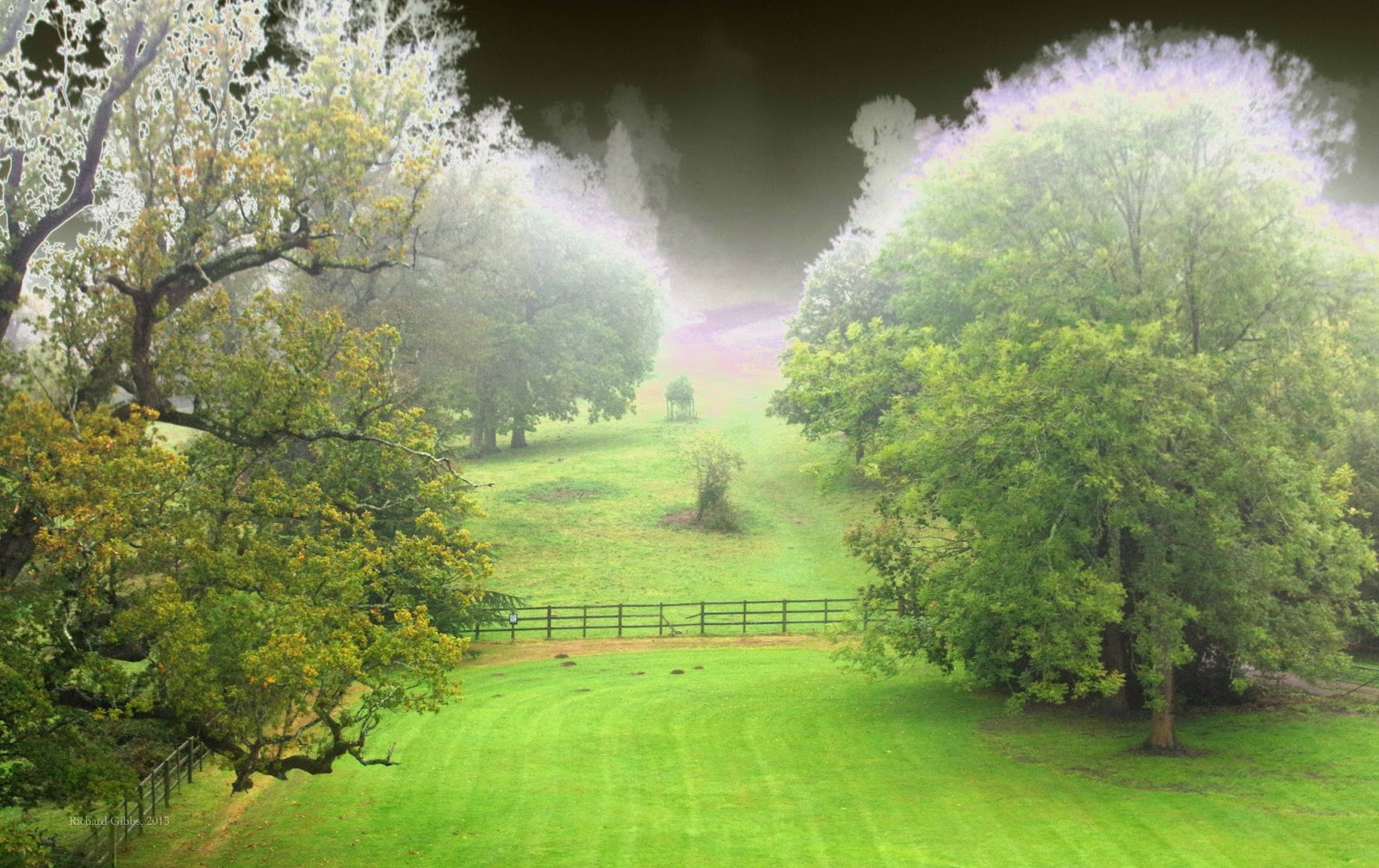 VW was born in 1872 into a well-to-do family in the Cotswolds, where his father was Vicar of All Saints Church, Down Ampney.  After his father's death, in 1875, his mother brought him to Leith Hill Place, in the Surrey Hills near Dorking, which belonged to her family, the Wedgwoods, of pottery fame..... 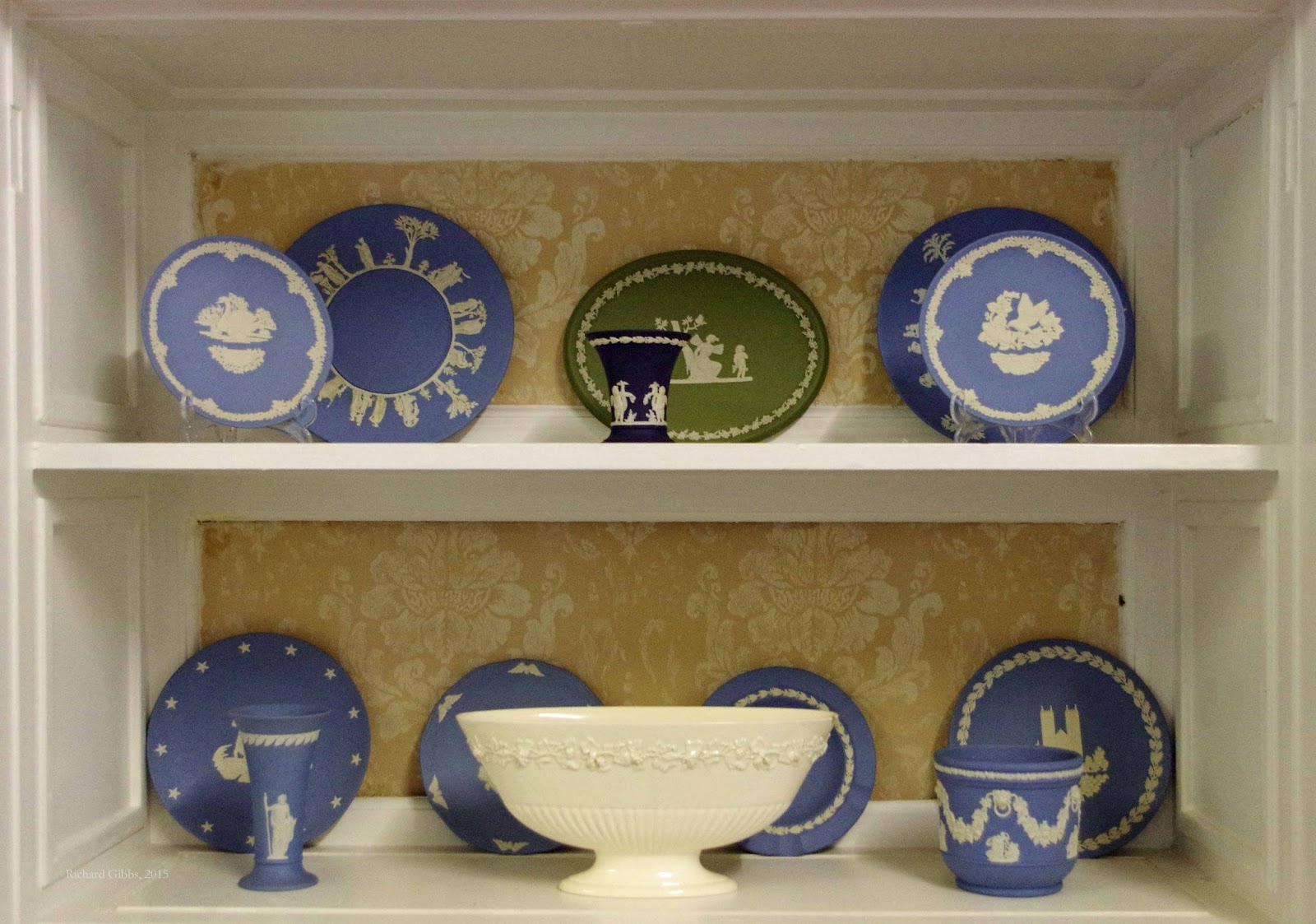 Leith Hill Place had also been a favourite haunt of the young Charles Darwin, who was Ralph's great-uncle.

It might have been a slightly spooky house for the little boy, but perhaps it inspired his imagination and instilled in him a love of the woods and hills of England? 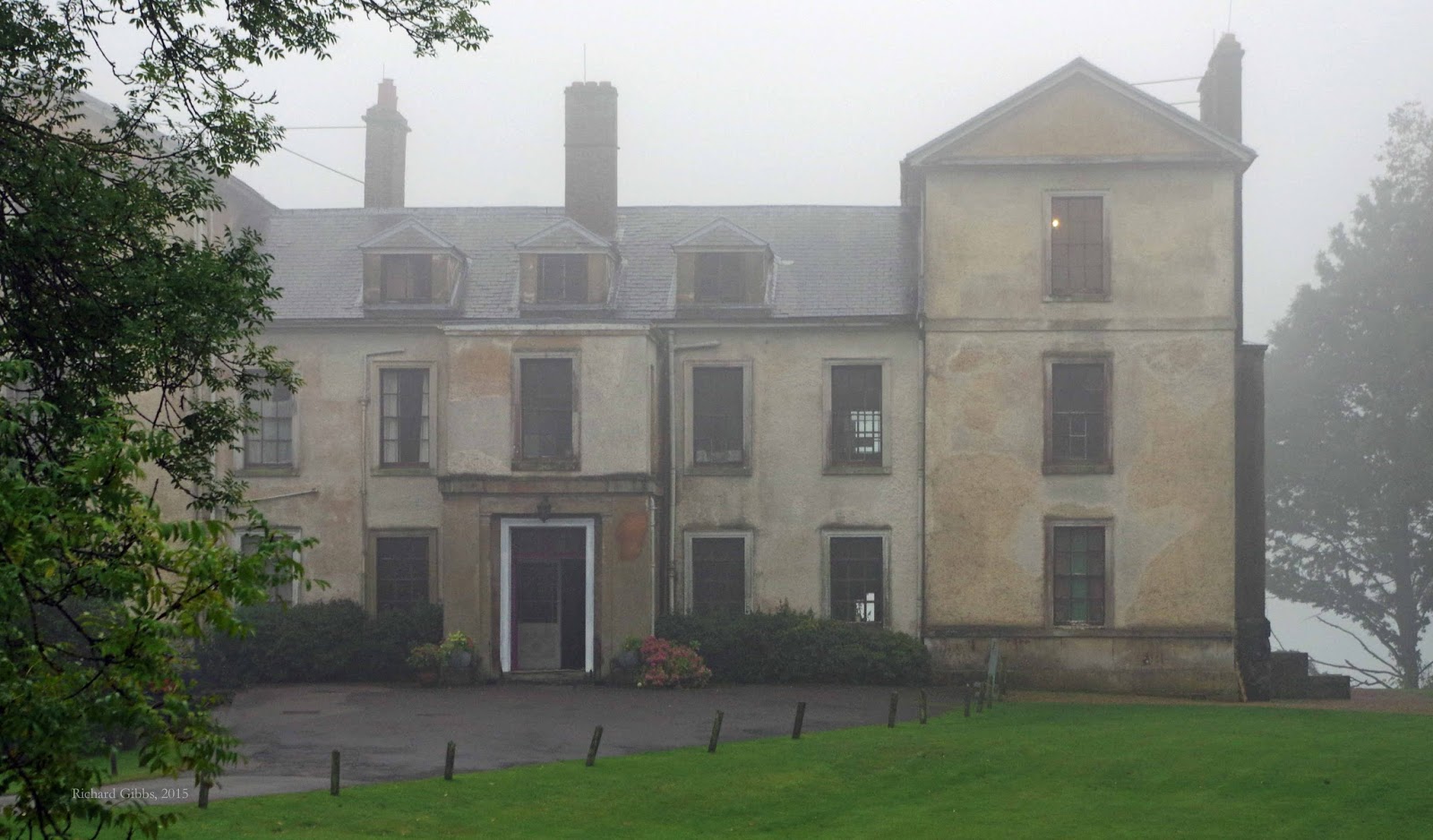 Anyway, VW was taught piano, and violin, attended Charterhouse School and the Royal School of Music and then read History and Music at Trinity College, Cambridge, where he became acquainted with members of the Bloomsbury Group. 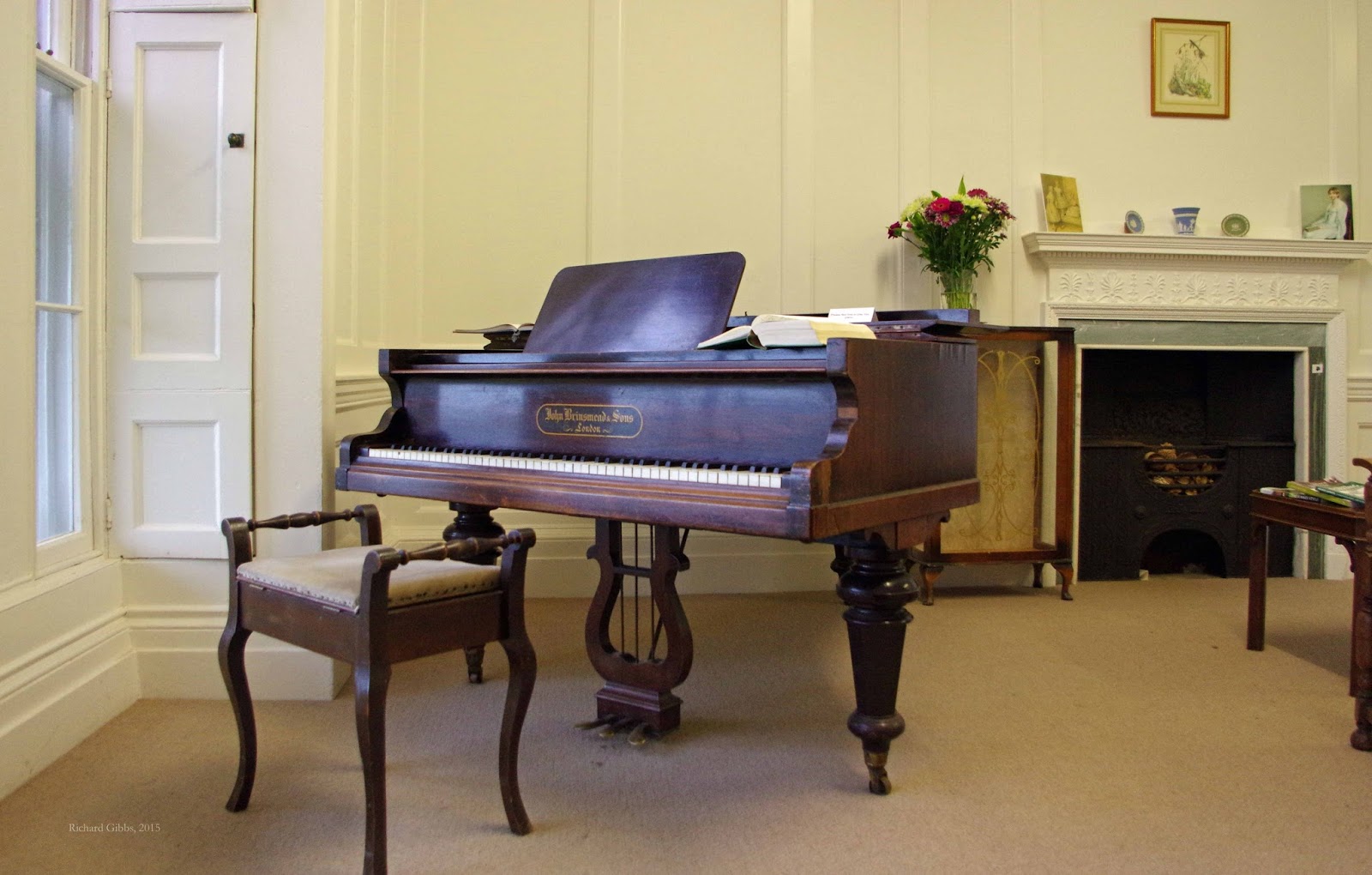 After graduating he returned to the Royal College of Music, where he became friends with Hubert Parry, Leopold Stokowski and Gustav Holst. 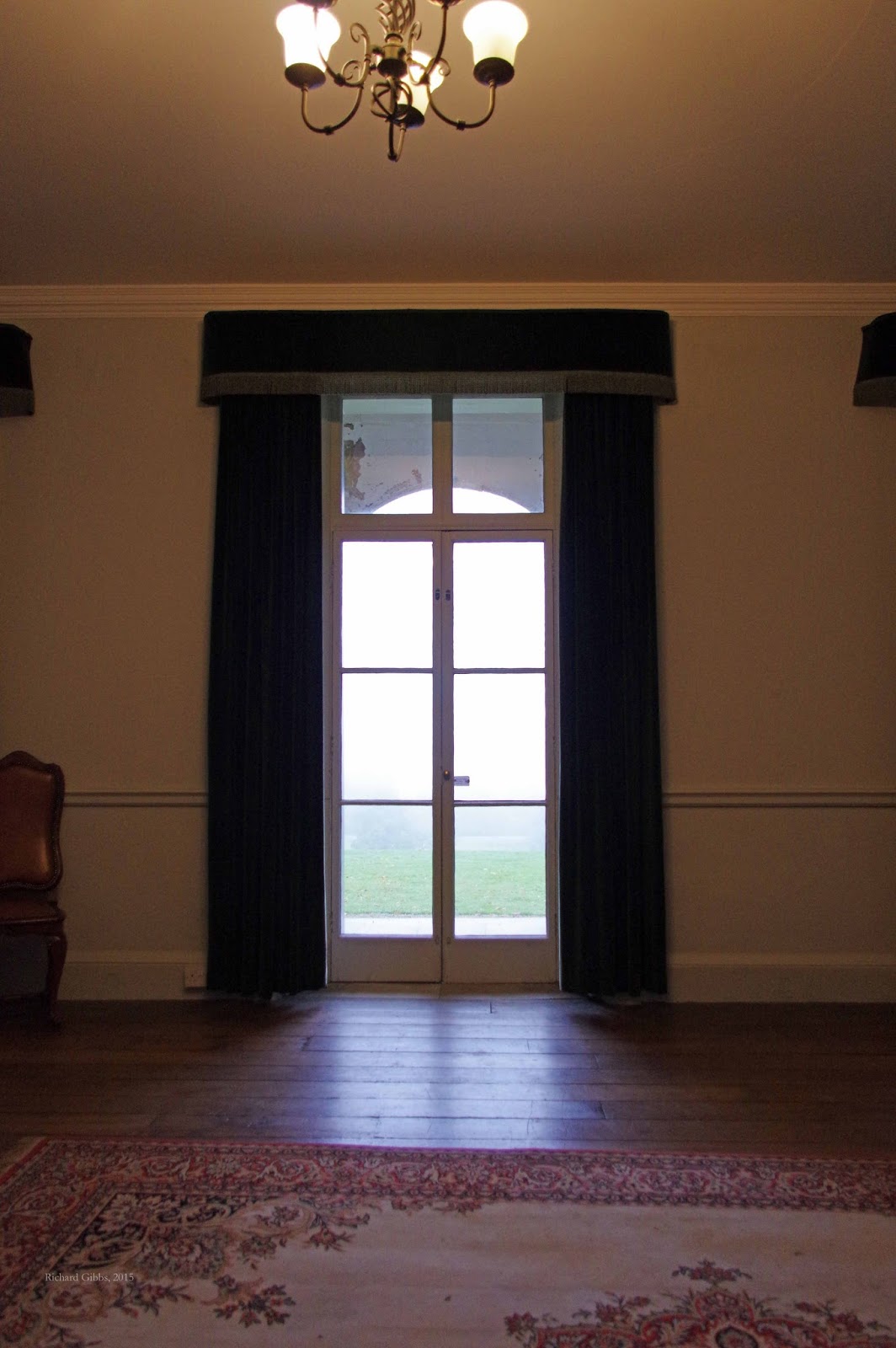 In 1896 VW married Adeline Fisher, a cousin of Virginia Woolf.  Although he was 41 when the First World War broke out, VW lied about his age and enlisted in the Royal Army Medical Corps.  His hearing was damaged by gunfire and bombardment, and as a result he became profoundly deaf. 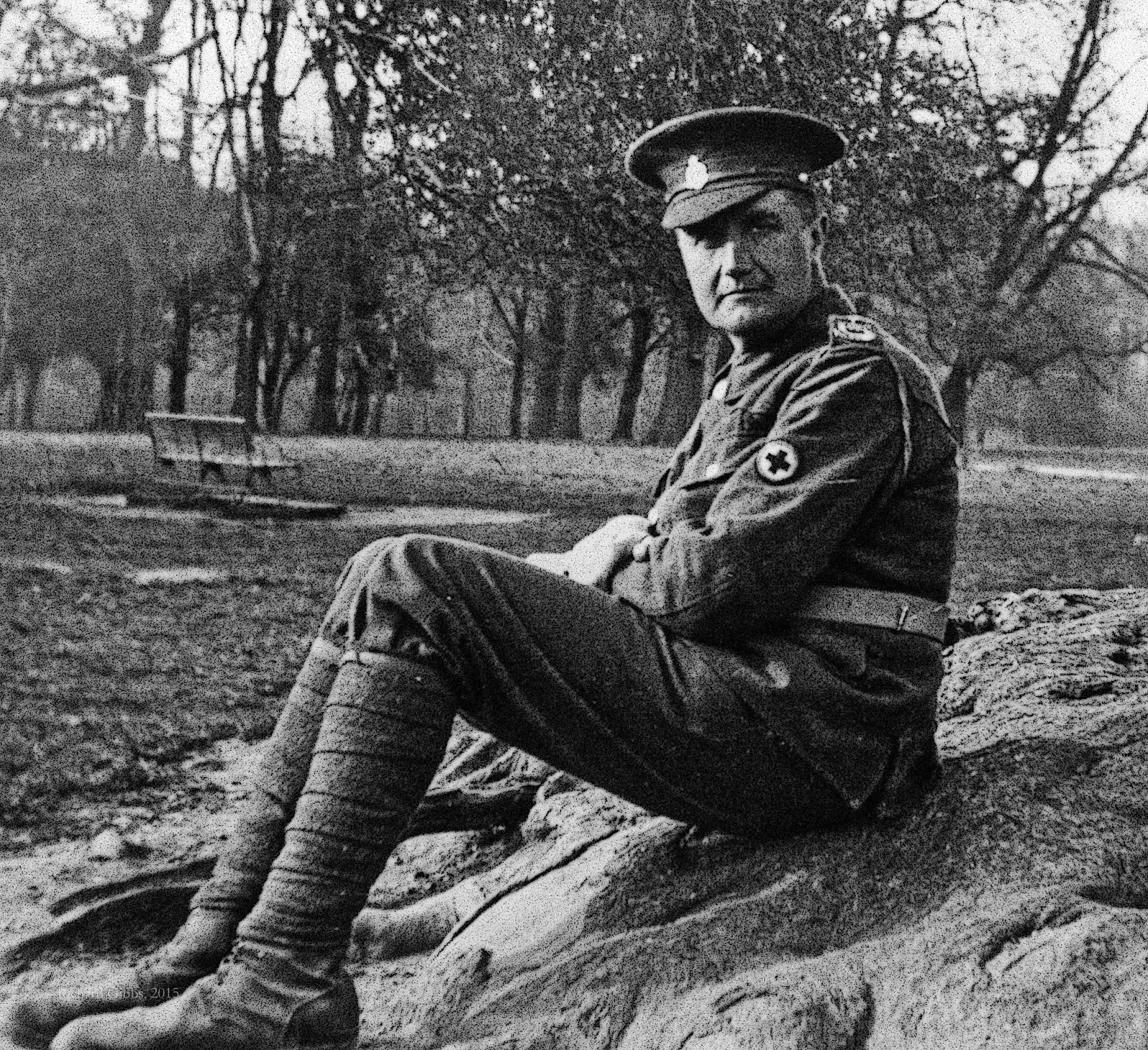 In 1921, The Lark Ascending (which he had composed in 1914) was premiered, and in 1922 Sir Adrian Boult conducted the first performance of VW's third symphony, The Pastoral, which drew on his experiences in the battlefields of France, as well, perhaps, as harking back to his childhood on Leith Hill. 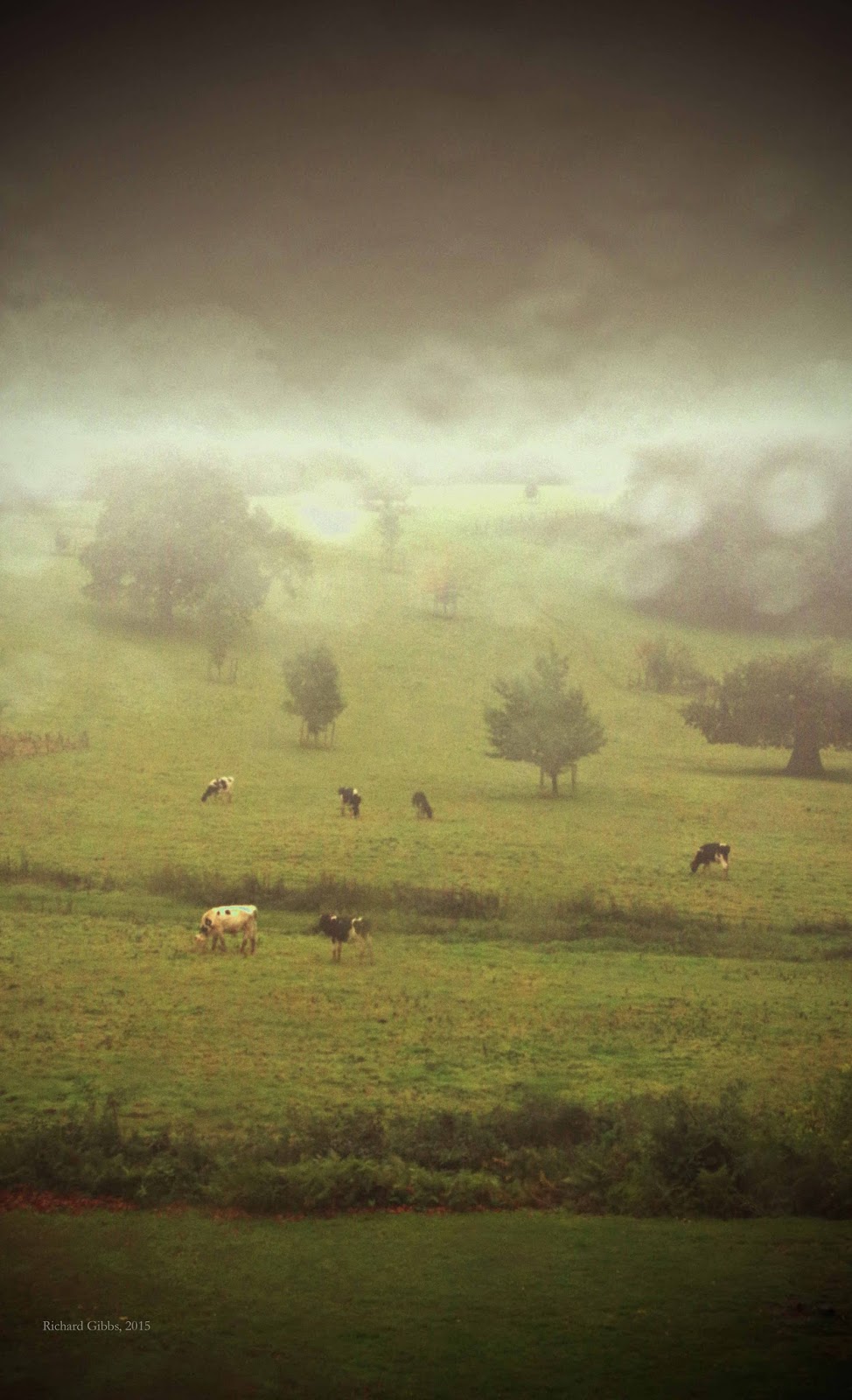 Ralph Vaughan Williams produced a great variety of work, from his nine symphonies, to choral works, arrangements of hymns (he edited The English Hymnal in 1906) and folk songs, to ballets and opera. 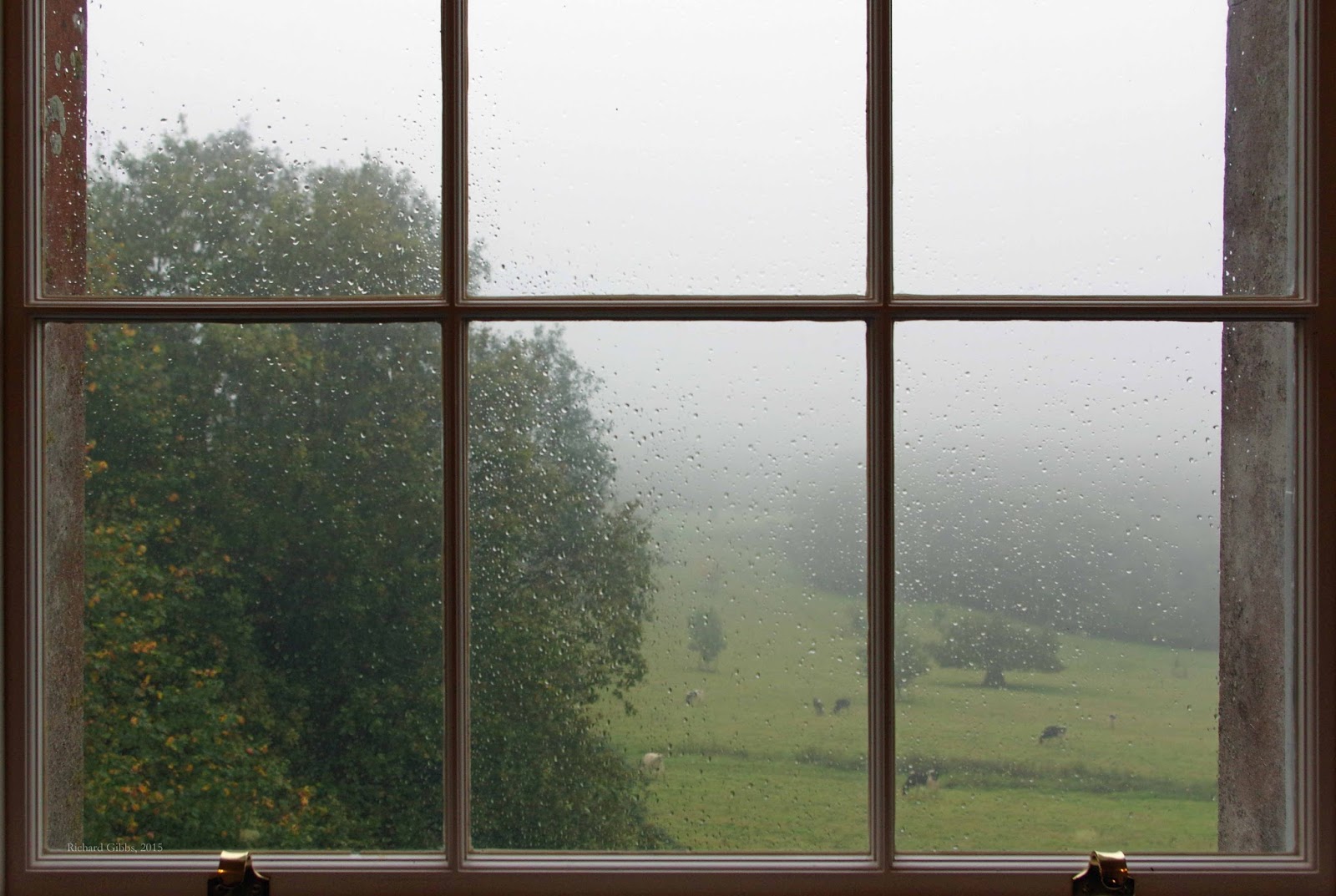 As a celebrity, VW delighted in the company of women. Although he loved living in London after the war, Adeline became ill with arthritis and the couple, who had no children, moved to live outside Dorking, near where he had grown up. Adeline was not a happy lady; she wore black, from when her brother was killed in the First World War, until her own death. So, perhaps not surprisingly, VW enjoyed London society when he could. He was much admired, and a number of most respectable ladies have admitted that he turned their heads, and perhaps broke some hearts..... 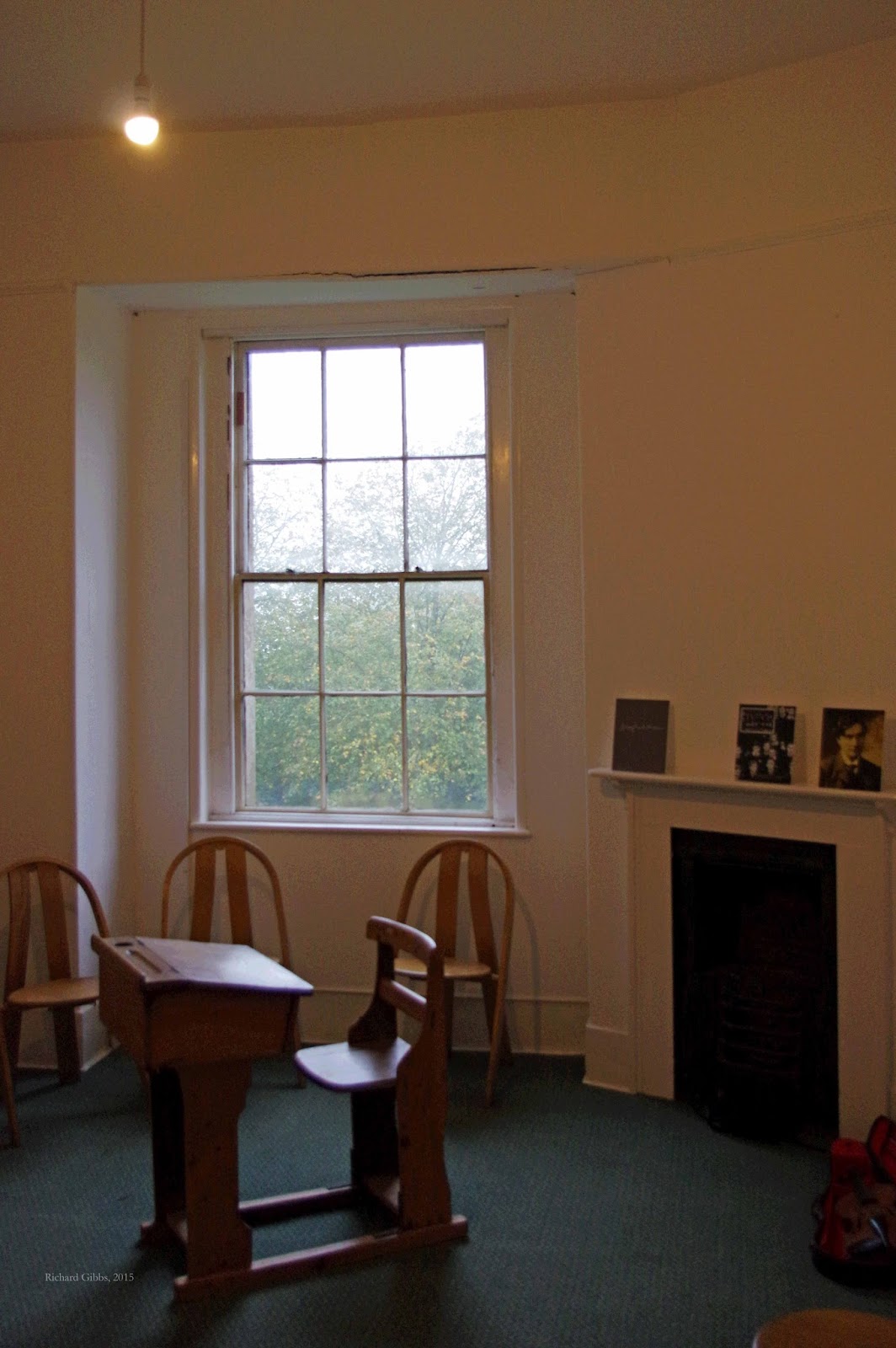 His friends recounted that he was a very tactile person, too, and good company. He was a tall, imposing figure, never very tidy, despite his habit of wearing three piece suits. The singer, Robert Tear, then a student at Cambridge, met VW when rehearsing one of his works at St Bartholomew the Great in London, and described him as looking like an old sofa, with the stuffing coming out! 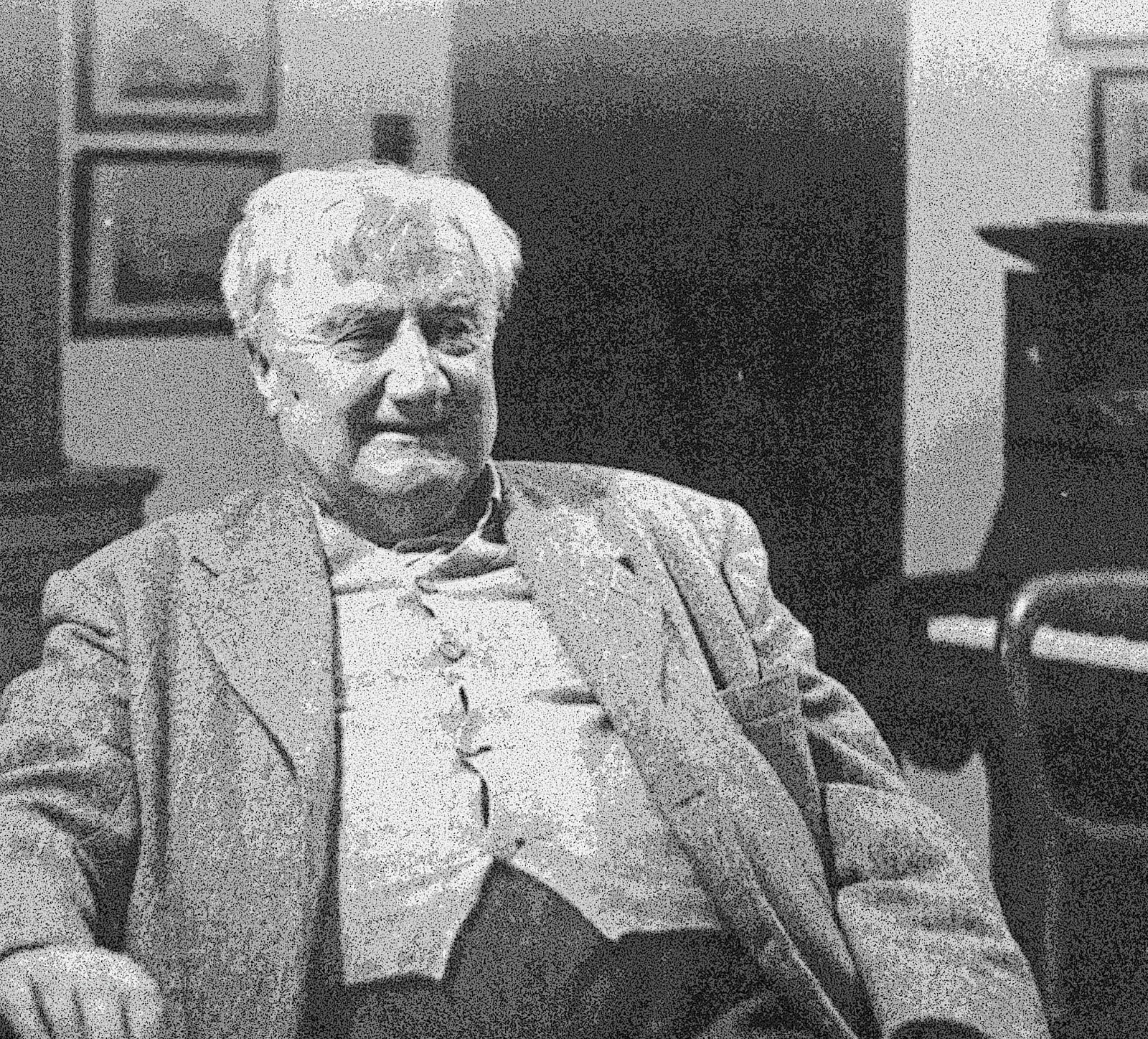 In 1937, he received a letter from a young woman, Ursula Wood, who offered him some of her poetry as a scenario for a ballet.  Ursula was married to an officer in the Royal Artillery, but was living with her parents.  VW took her to lunch.  In the taxi, before parting, they kissed, passionately.  Within dates... they became lovers. She was 26.  He was 65. 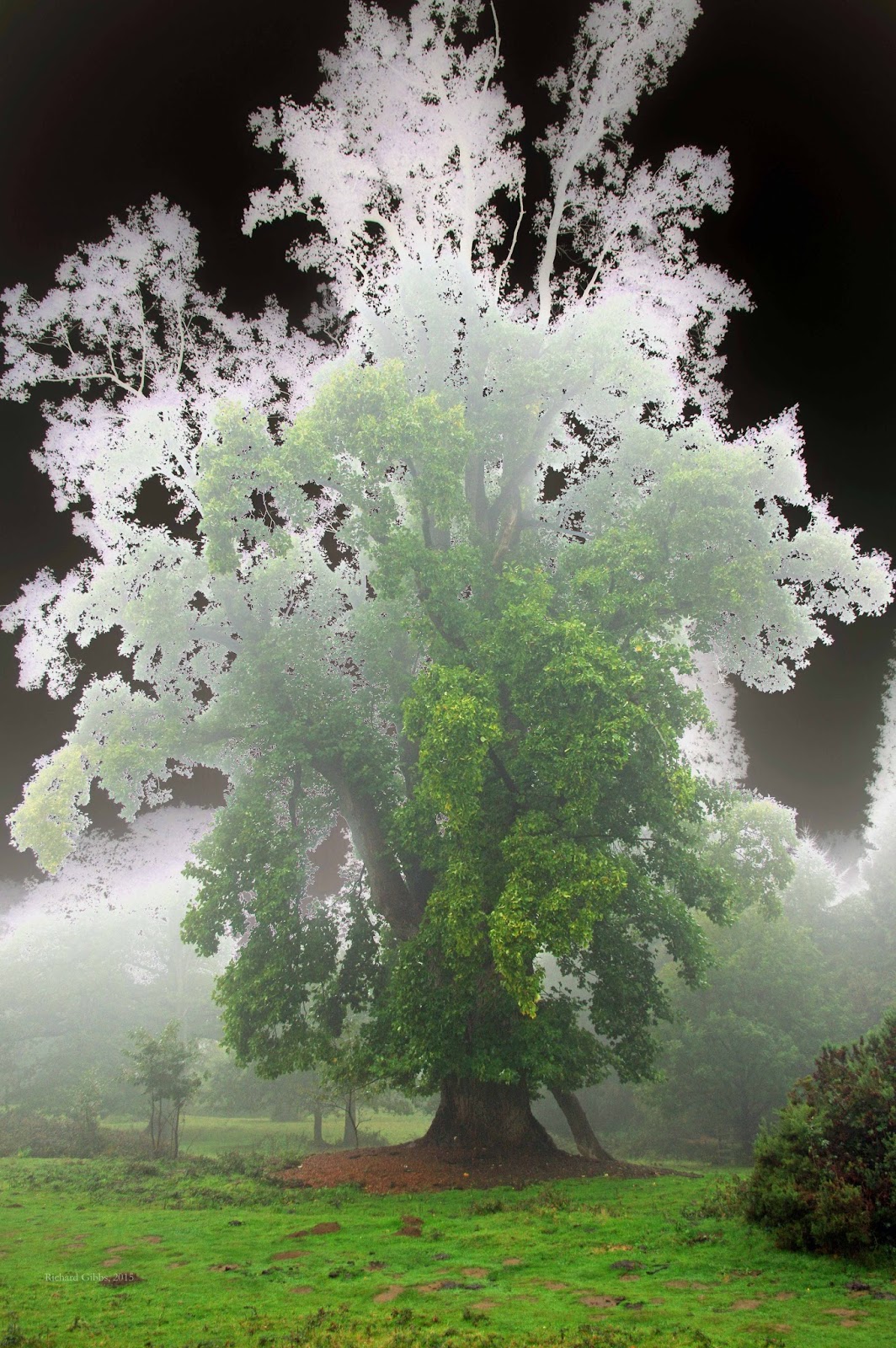 The affair may not have been a grand scandal.  Certainly it was not to disturb economies or to bring about resignations or corporate shame.  To start with, however, it was clandestine, and on one occasion VW and Adeline, Ursula and her husband, went together, uncomfortably perhaps, to see a performance of VW's Hugh, the Drover.  Friends in the arts, got to know of the liaison, but it never hit the headlines. Around the same time, Ursula had an abortion, telling both her husband and VW, but not knowing who had been the father. 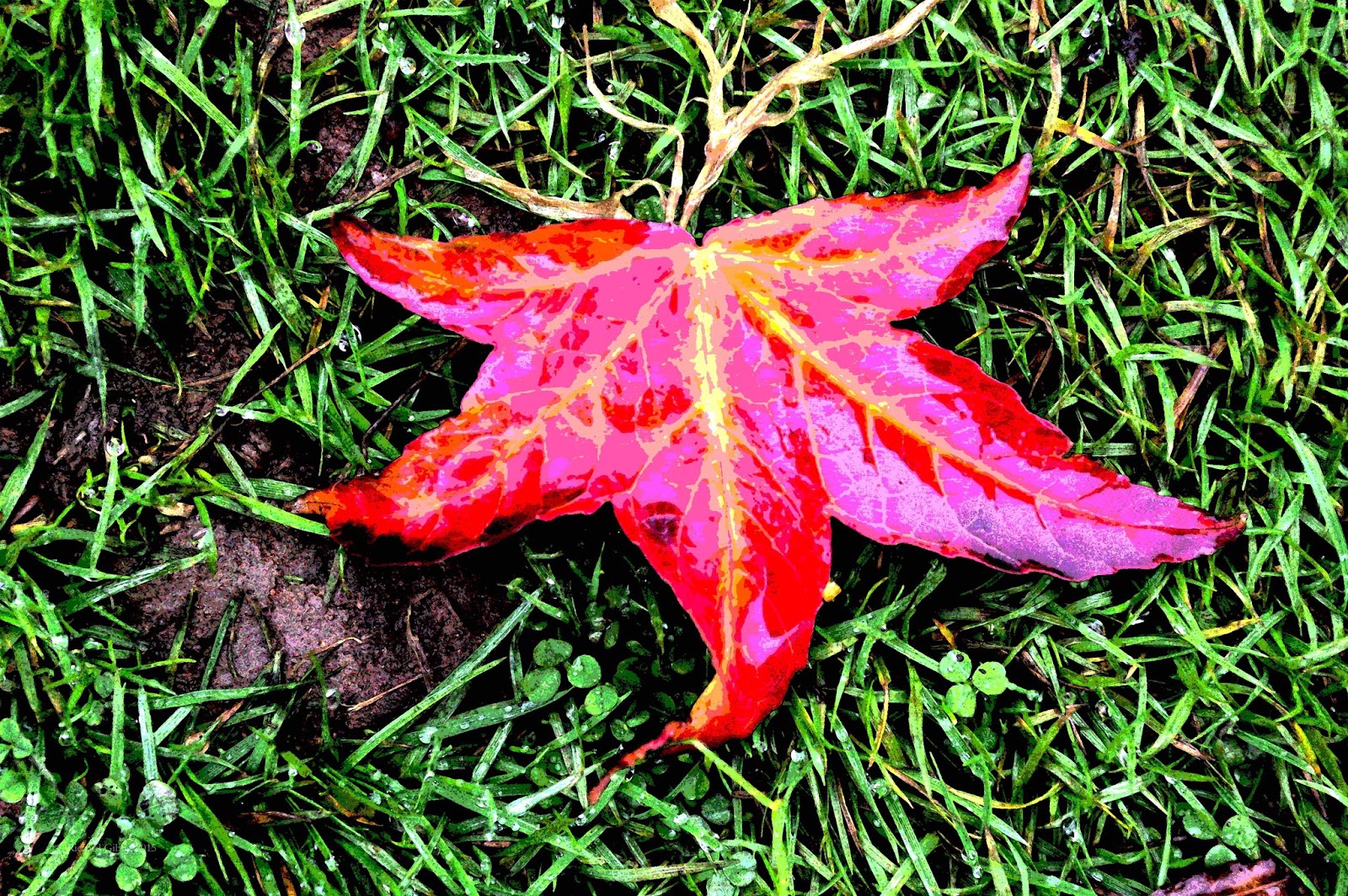 But then Ursula's husband died, suddenly in 1942, of a heart attack, and she became increasingly entwined with the composer, as his literary adviser and personal assistant.  She was invited to VW's home, and met Adeline, for whom she also acted as a carer.  It is possible that Adeline condoned the relationship, and one anecdote teases the idea of a ménage à trois. Late in the war, when V1 bombs were used to attack London, it is said that VW and his wife were in bed, in separate single beds, listening for the ominous cutting out of the flying bombs' engines.  Lying between them, on a palliasse on the floor, holding hands with both Adeline and Ralph, was Ursula. 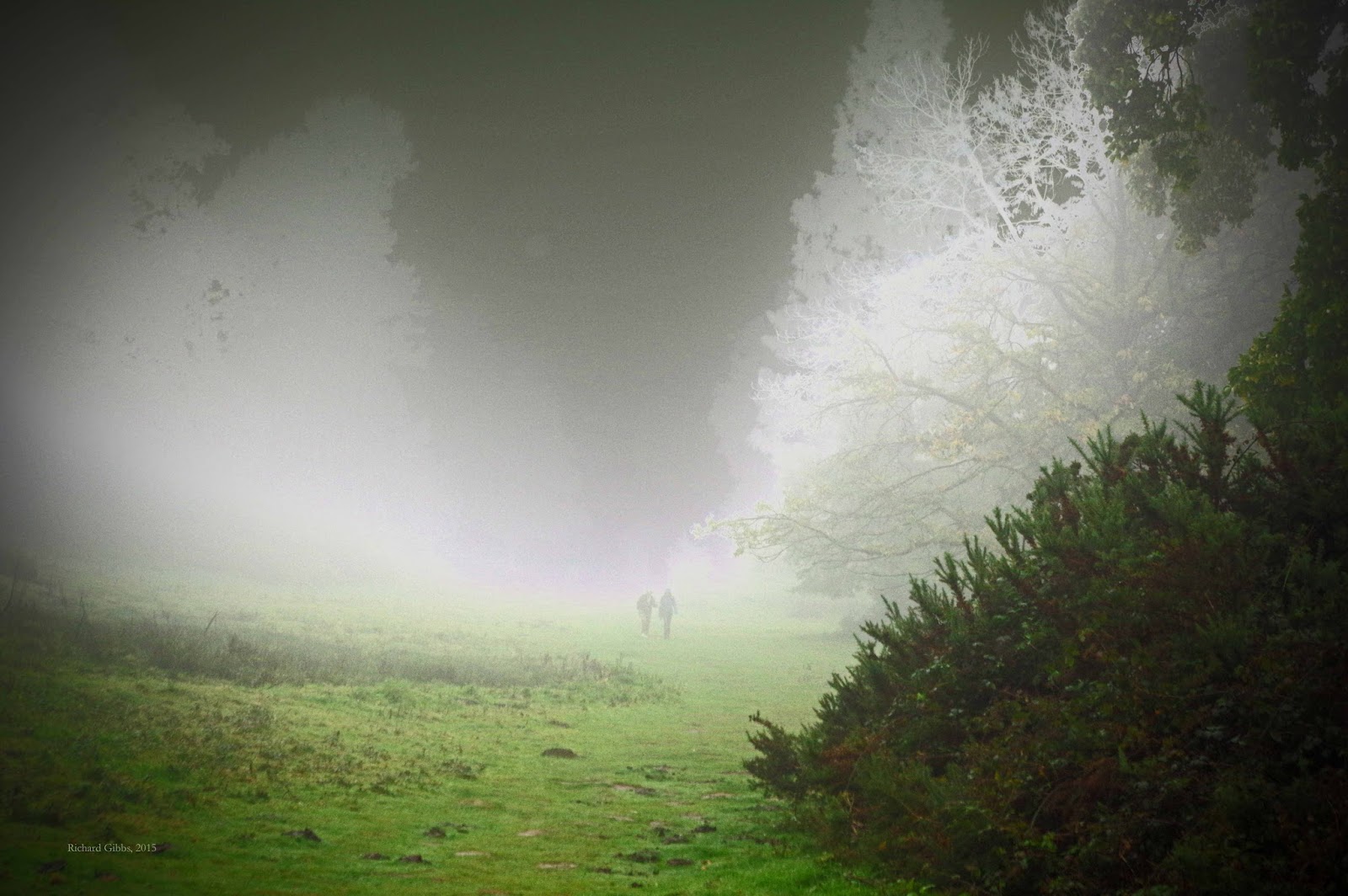 Adeline died in 1951.  In 1953 Ursula and Ralph were married, and they moved to 10 Hanover Terrace, Regent's Park, where they enjoyed five years together before VW died, in 1958.  He left his ninth symphony unfinished, but is now regarded, by many, as the greatest English composer of the twentieth century, certainly the greatest symphonist.....

Ursula lived on.  She wrote a biography of her second husband, volumes of poetry, four novels, and, in 1972 (though not published until 2002) an autobiography, Paradise Remembered.  She was president of the English Folk Dance and Song Society, on the executive committee of the Musicians' Benevolent Fund, and worked, with Sir Michael Tippett, on the RVW Trust, founded by her husband in 1956, and still one of the most significant sources in the UK of funding for contemporary and recent British music.

But I think she may have died with a twinkle in her eye? 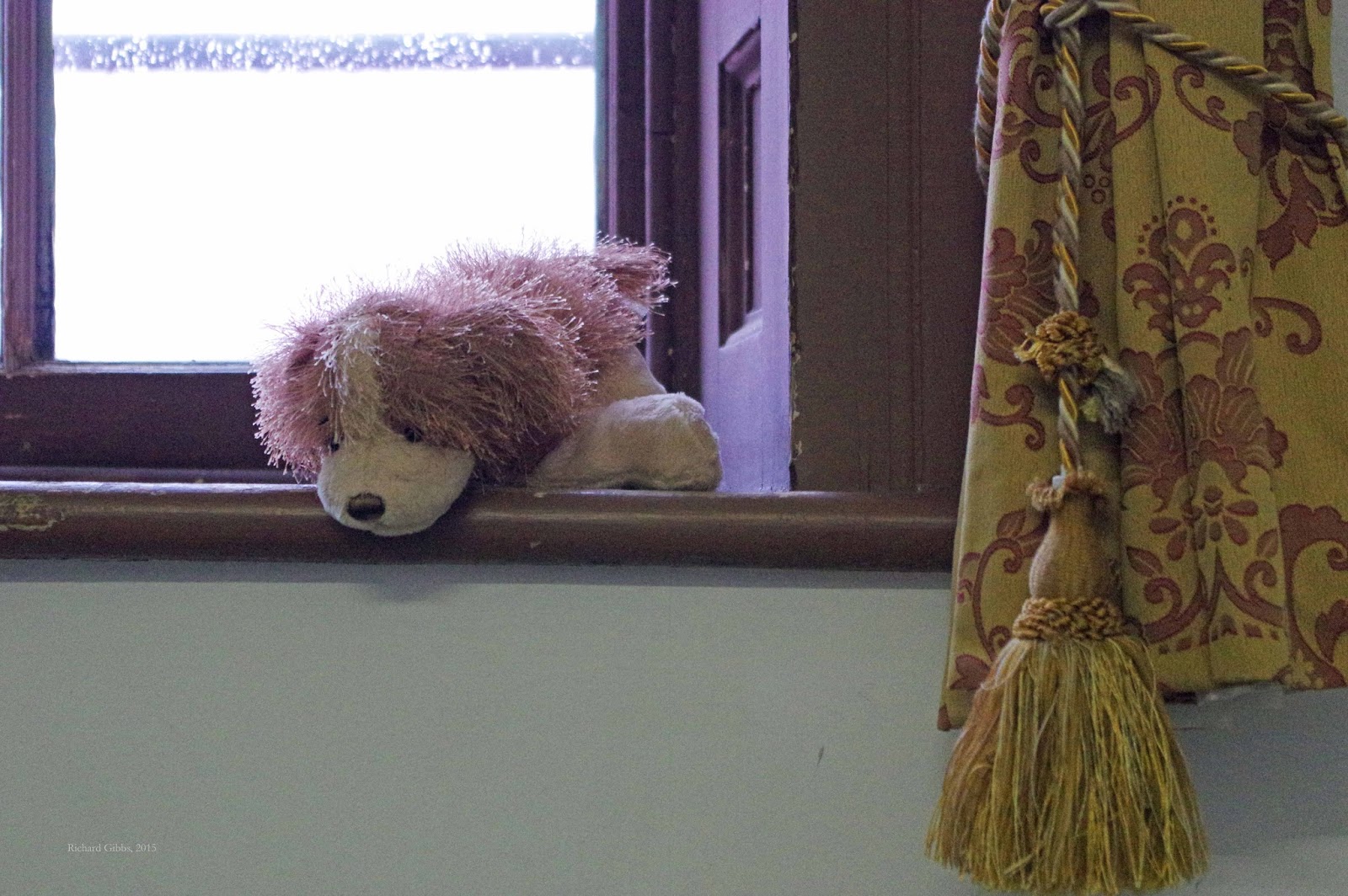 Leith Hill Place is now managed by The National Trust.