I have done wonders with my great Salisbury....  I have no doubt of this picture being my best now....  John Constable, 1834.


With the release of Mike Leigh's new film, Mr Turner, starring Timothy Spall in full phlegm, and with the recent exhibitions Late Turner: Painting Set Free, at Tate Britain until January 25th, and Constable: The Making of a Master, at the V & A until January 11th, I found myself in The Sun Inn, Dedham, and wandering by the Stour.  How did these two great artists, born only a year apart, get on?  They knew each other well and were both Royal Academicians, but they were as alike as spit and sawdust.  I turned to Constable himself for his views, as expressed in letters and diaries, and, with only a minute sprinkling of poetic licence, I have extracted some of his thoughts on art, landscape, and the comparative greatness of these two men.... 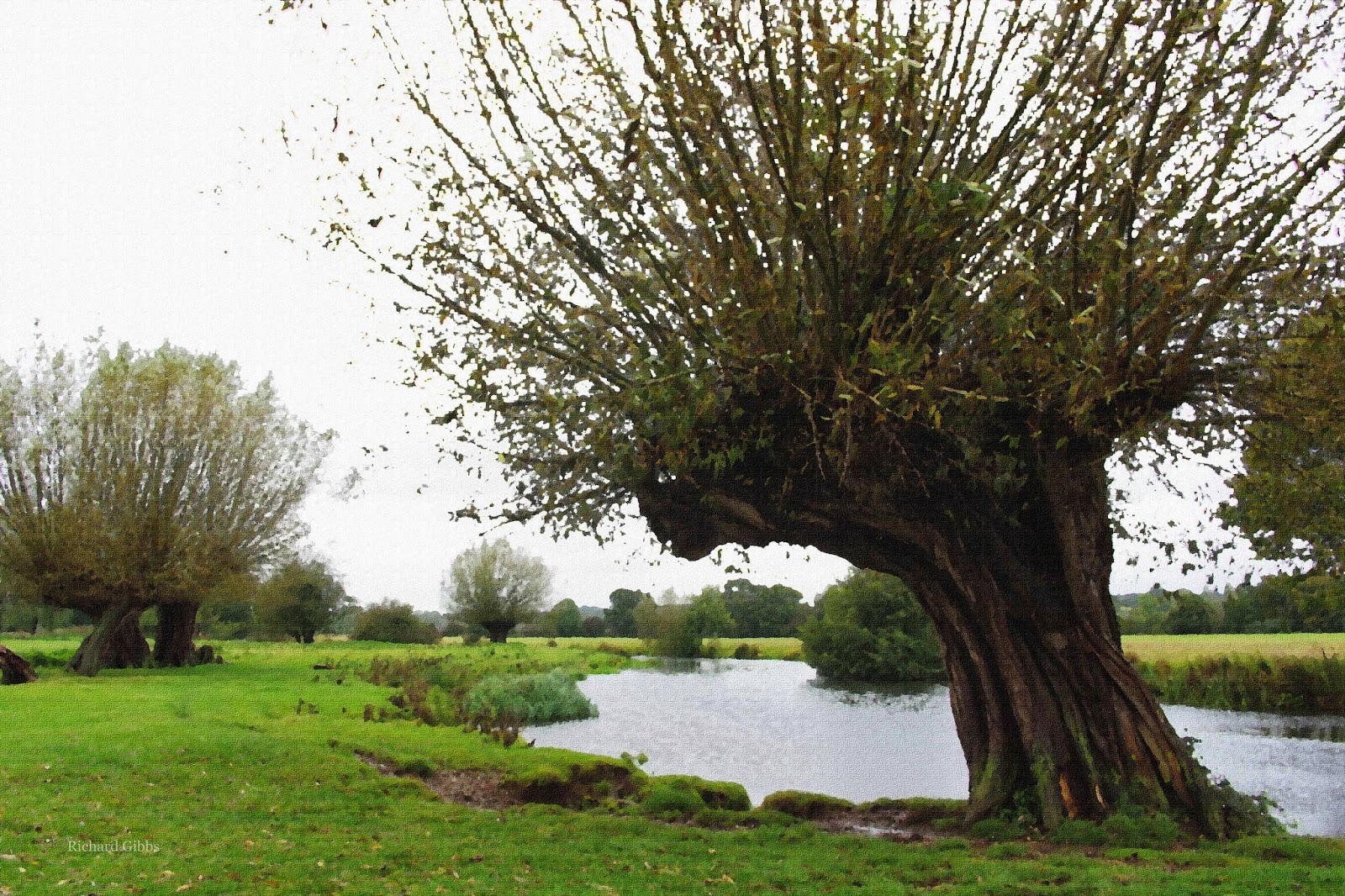 It is pleasantly situated in the most cultivated part of Suffolk, on a spot which overlooks the fertile valley of the Stour, which river separates that county on the south from Essex. The beauty of the surrounding scenery, its gentle declivities, its luxuriant meadow flats sprinkled with flocks and herds, its well cultivated uplands, its woods and rivers, with numerous scattered villages and churches, farms and picturesque cottages, all impart to this particular spot an amenity and elegance hardly anywhere else to be found; and which has always caused it to be admired by all persons of taste, who have been lovers of painting, and who can feel a pleasure in its pursuit when united with a contemplation of Nature. 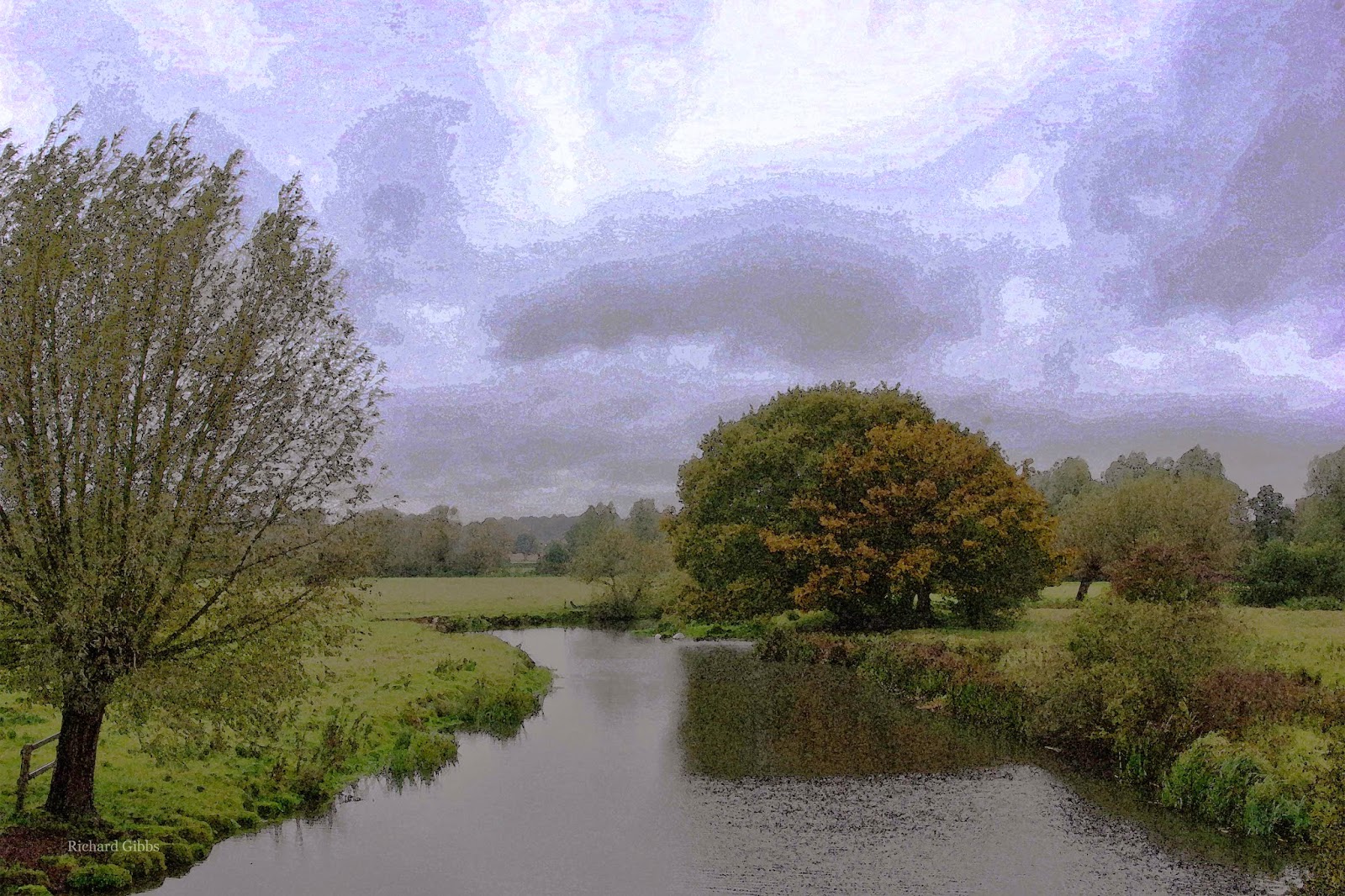 There is a river flowing through my life.  A beautiful stream of pure water.  I am not like Him from , whose mind is full of spit and impurity.  I associate my careless boyhood to all that lies on the banks of the .  They made me a painter (and I am gratefull) that is I had often thought of pictures of them before I had ever touched a pencil.

I believe we can do nothing worse than indulge in an useless sensibility.  He may prowl about the continent imagining cities in his mind, but I can hardly tell you what I feel at the sight from the window where I am now writing of the fields….  A beautiful calm autumnal setting sun is glowing upon the gardens…..  No violent blobs here as if He had fired a gun!

I take my inspiration from the Masters – Titian, Poussin (gifted with a peculiarly sound judgement), Rubens (the freshness and dewy light), Gainsborough (soothing, tender and affecting…. He painted with exquisite refinement, yet not a refinement beyond nature,) Cuyp (chiaroscuro is by no means confined to dark pictures; the works of Cuyp, though generally light, are full of it…..) 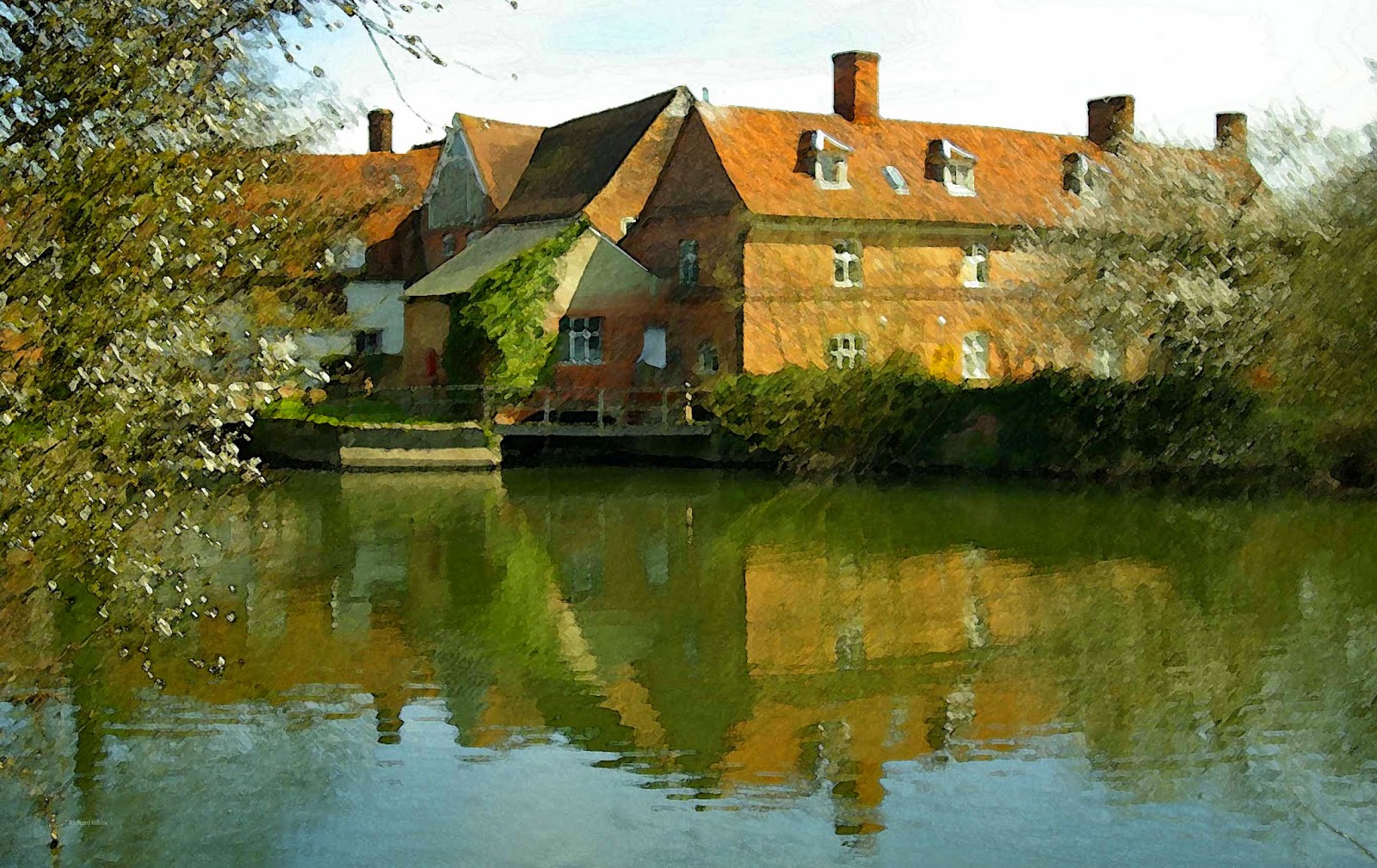 You see I am convinced there is no easy way of becoming a good painter.  He may dash and scrub and whirl, playing the magician, but I endeavour to get a pure and unaffected representation of the scenes that may employ me.  The great vice of the present day is bravura, an attempt at something beyond the truth.  In endeavouring to do something better than well He does what in reality is good for nothing.  For example, Salisbury Cathedral;  were he to paint this it might as well be !

I sat next to Turner at the in the Council Room.  I always expected to find him what I did – he is uncouth (but has a wonderfull range of mind).  Another time Lord Byron was pointed out to me – his poetry is of the most melancholy kind, but there is great ability….. 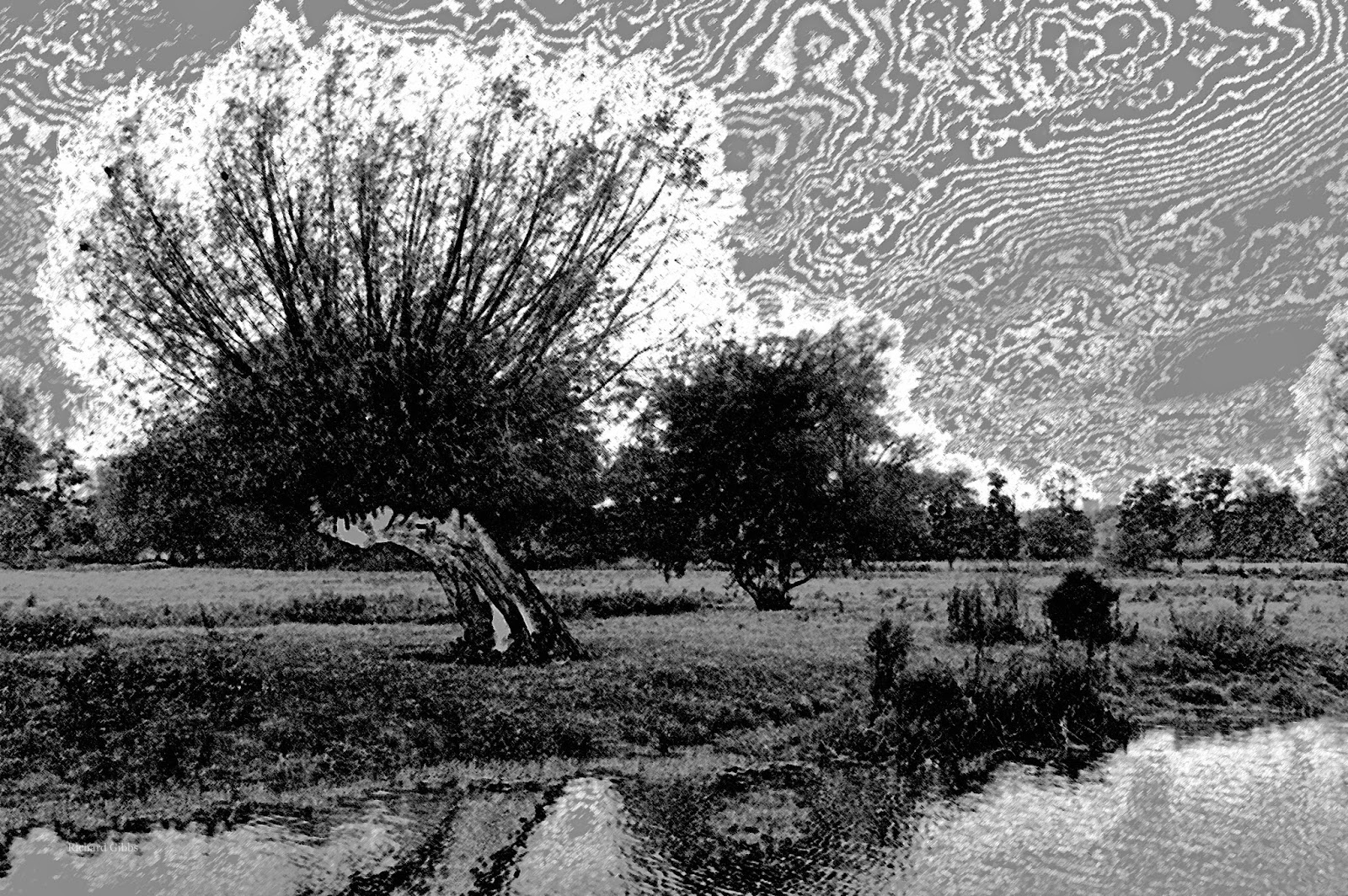 I do not consider myself at work without I am before a six foot canvas – I have done a good deal of skying – I am determined to conquer all difficulties, and that the most arduous one among the rest.  And now, talking of skies….  That Landscape painter who does not make his skies a very material part of his composition – neglects to avail himself of his greatest aids…..  I have often been advised to consider my Sky as a White sheet thrown behind the Objects.  Certainly, if the Sky is obtrusive (as mine are) it is bad, but if it is evaded (as mine are not and His may be) it is worse…..

My French-man has sent his agent with the money for the pictures destined for the French metropolis, thus again are honors thrust upon me (and not on Him!)  I think they cannot fail of melting the stony hearts of the French painters.  Think of the lovely valleys mid the peaceful farmhouses of , forming a scene of exhibition to amuse the gay and frivolous Parisians. 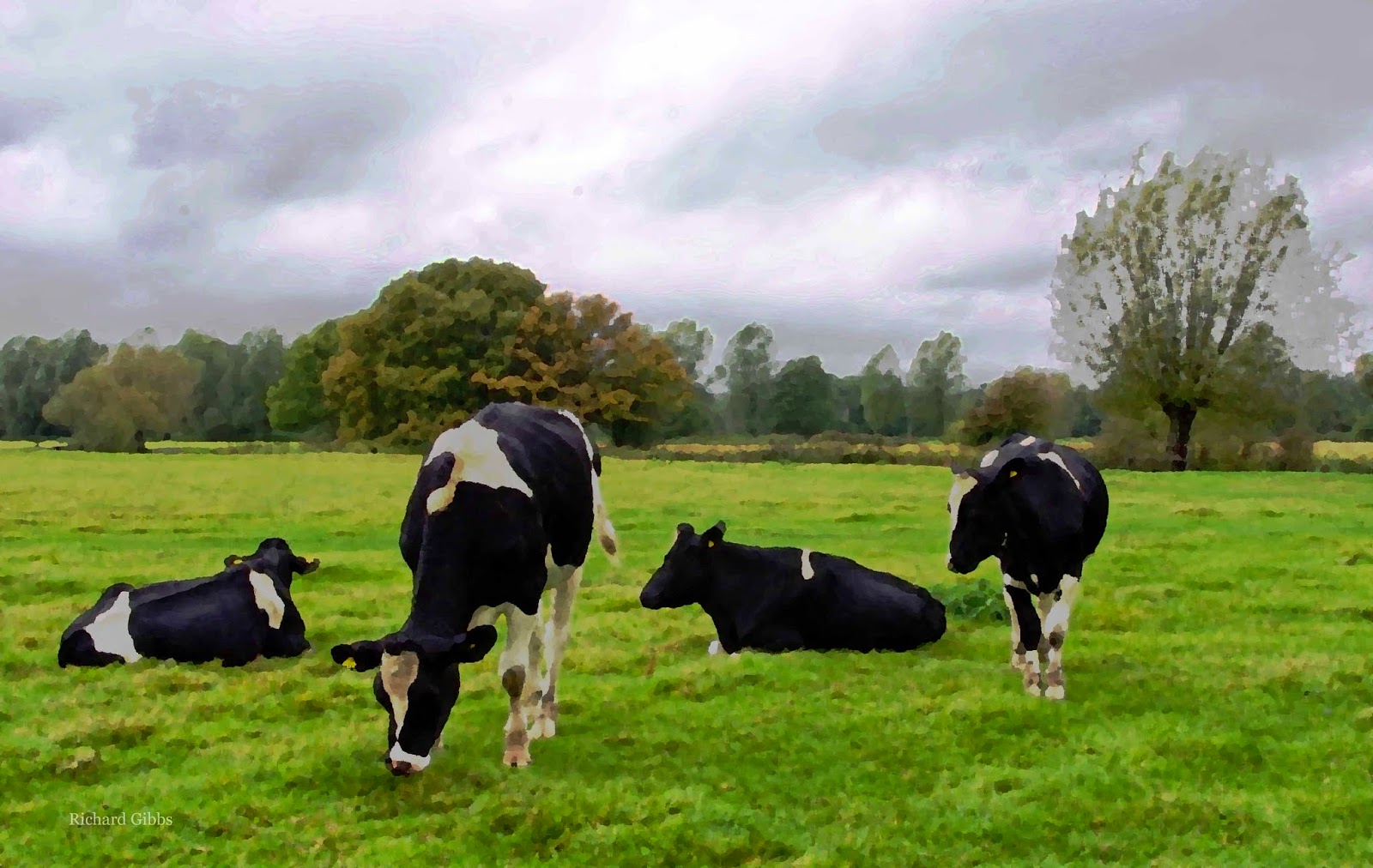 Turner had some golden visions – glorious and beautifull but they are only visions and the Exhibition is poor.  I have a letter this morning from – informing me that on the King’s visit to the Louvre he was pleased to award me a Gold Medal, for the merit of my landscapes.  He has no such honor!  Even if he is a member of the .

Even though I am now (finally) a member, I took a farewell look at the Academy with Evans on Thursday.  He is impressed with my Castle, and is horrified at the violence done to all natural feeling in Turner – one of whose pictures has been compared to a ‘spitting box’ at an hospital….

The world is wide; no two days are alike not even two hours….  And the genuine productions of art, like those of nature, are all distinct from each other.  My pictures will never be popular for they have no handling (unlike his).  But I do not see handling in nature. 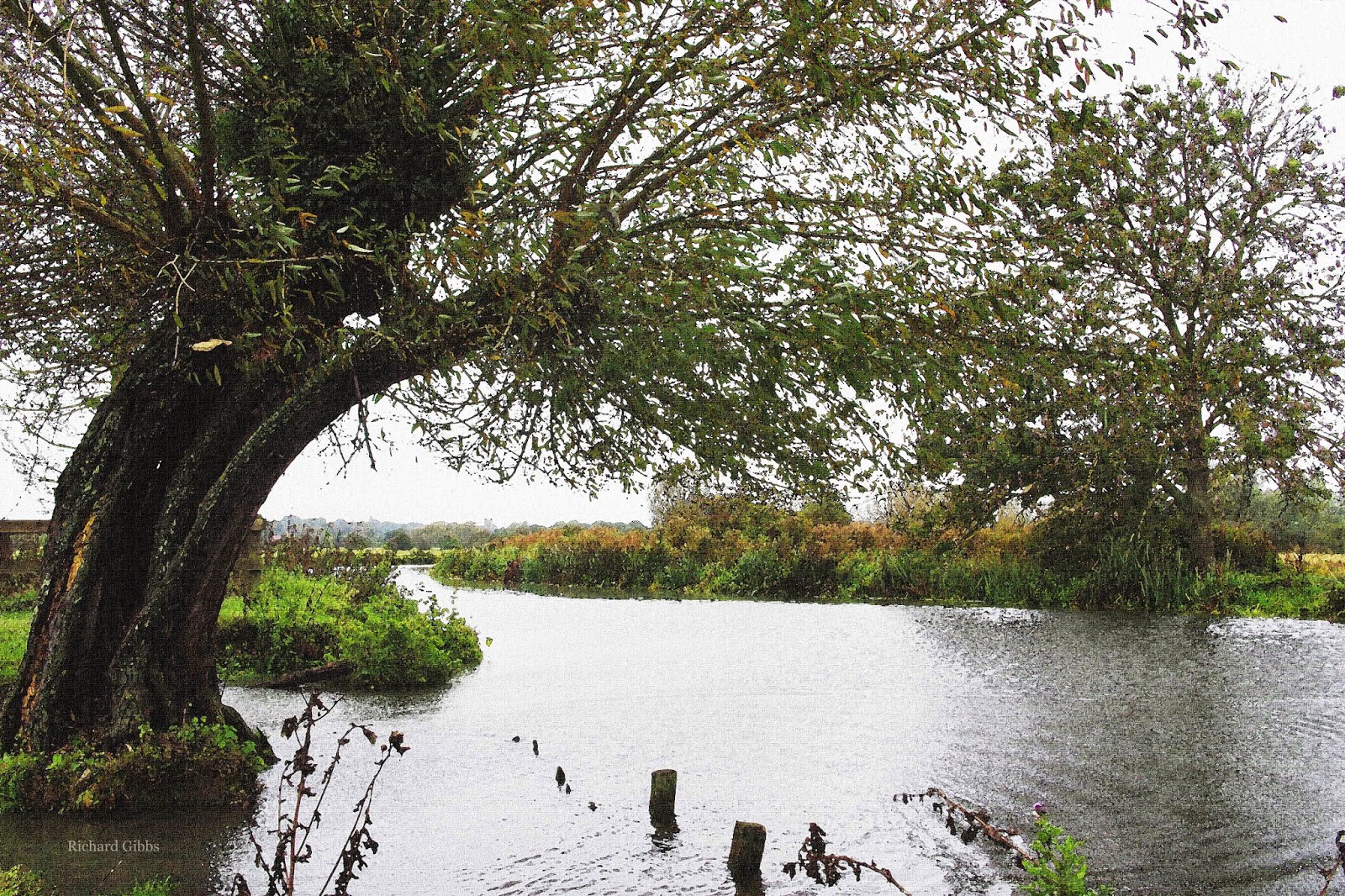 He paints with tinted steam, so evanescent, and so airy.  But he is so boorish himself.  Only the other day, at the new academy in Trafalgar Square, he greeted me drunkenly, half gruntingly.  Good afterble Constanoon, he said......  One day the truth will be clear to all....