How can they know it's Christmas time at all? 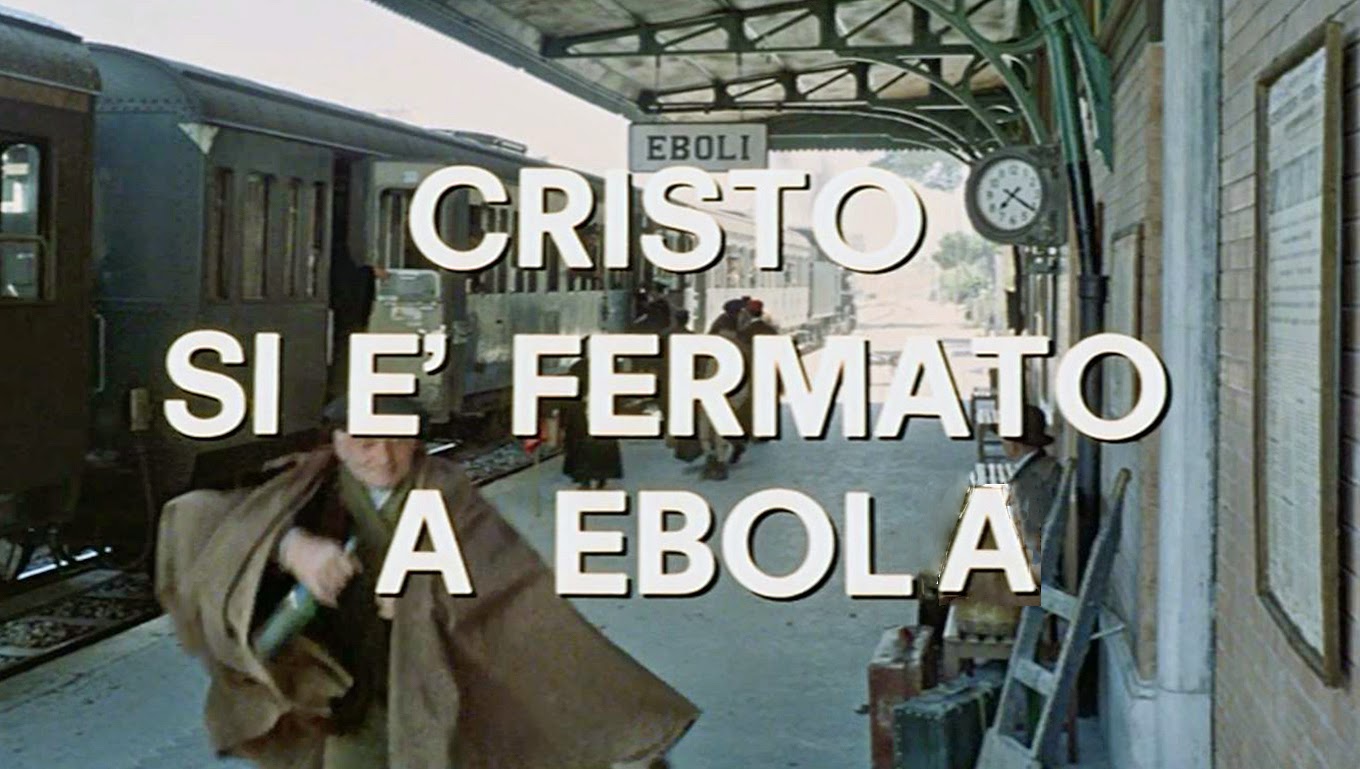 In 1995 I was for a day or two acting Head of St George’s English School in and it fell to me to take an assembly.  I happened to have noticed an article about the Ebola virus in, I think, a copy of the Observer, and I had a notion to read that and to comment on how we need to understand our ‘enemies,’ however hemorrhagic or insidious they may be. After all, a virus will only do what it does.  There is no evil inherent in it, whatever the vile effects caused on a body…..

At that time the strain of the Ebolavirus was active in the Democratic Republic of Congo, and of the 315 people infected 254 (81%) died.

This was not really front page news.  The virus had first been identified in 1976 when 88% of the 318 people infected in the had died.  In the intervening years 205 people had officially died from the disease.

Between 2001 and 2002, ninety-seven people had died from the Ebola virus in and .  In the same year 2,678,000 died in developing countries from HIV/AIDS and 1,103,000 died from malaria.  In the developed world in that year 3,512,000 died from Ischaemic heart disease and 669,000 died in road traffic accidents.  The World Health Organisation distinguishes between communicable diseases (like HIV/AIDS, and Ebola) and non-communicable conditions (like Ischaemic heart disease and car crashes).  In the year 2000, 55% of all deaths in developing countries were from communicable diseases and 77% of all deaths in the developed regions were from non-communicable conditions.

In 2012 the WHO drew up a list of 17 Neglected Tropical Diseases (not including Ebola).  Among these are rabies, which is estimated to kill about 2000 Kenyans every year, and Chagas Disease, which has infected about eight million people worldwide (mainly in , but not exclusively).  Both of these diseases can be cured, if treated rapidly, but treatment is expensive…..

What is new, however, is that Filoviruses (strains of Ebola and Hemorrhagic viruses) are classified as Category A bioterrorism agents, so now the 5,000 deaths in the current West African outbreak take on a new significance (more significant indeed than the 4,000 killed in since April.)  The reason that there is now such an urgency in the race to find and manufacture a vaccine (with patents held by the US Government and GlaxoSmithKline by the way) is that the believes that terrorists might use the virus in a dirty war…..

Aafia Siddiqui, a woman who was born in but who has a doctorate in neuroscience from , is currently in a Federal Detention Centre at the former Carswell AFB in , , having been sentenced in 2010 to 86 years detention for the attempted murder of two US Nationals serving in .  When arrested she was carrying plans for mass casualty in the , which plans apparently included how to use the Ebola virus as a weapon.  Aafia Siddiqui was asked for by in exchange for beheaded American James Foley; the Taliban wanted her in exchange for Sergeant Bowe Bergdahl.  This is scary stuff, and the threat may well be real, and it is partly (at least) why screening at US airports has been brought in.

Ebola is said to be incurable because there are no proven drugs or vaccines for it and it has a high mortality rate, over 50%, so the fear factor is great even though Americans have a 2000-times greater chance of developing malaria and a 500-times greater risk from dying from tuberculosis than they do Ebola. NBC News reported in August 2014 that an individual’s chance of getting Ebola in the developed world are “virtually zero.”

Research into vaccines is an expensive business, and Andrew Hollingsworth, policy manager of the Association of the British Pharmaceutical Industry, says: "Unfortunately, the standard economic model for drug development, in which industry takes all of the risk in R&D and gets a return on investment from successful products, does not work for diseases that primarily impact low-income countries and developing healthcare systems."  With the threat of a bio-terrorist attack, however, there would be good returns on an Ebola vaccine, so not surprisingly there are conspiracy theories as to why Ebola has been given such a high profile this year.  Such theories even suggest that it is not coincidental that the outbreak coincided with US Department of Defense funded Ebola trials on humans.  A certain Dr Cyril Broderick, a former professor of plant pathology at the University of Liberia’s College of Agriculture, suggested in a letter to The Liberian Observer this September that the pharmaceutical industry and the US Department of Defense are conspirators in a plot to intentionally spread Ebola to provoke public demand to use unproven vaccines and drug as rescue remedies.

So how does this connect with Carlo Levi? Because of his uncompromising opposition to Fascism, Carlo Levi was banished at the start of the Abyssinian (Ethiopian) War (1935) to a small primitive village (Gagliano) in Lucania (now ), a remote province of southern . As Levi himself explains, in his introduction to his memoir Cristo si è fermato a Eboli, written in hiding from the Germans in during the second world war, and published in 1947, Christ stopped at Eboli, where the road and the railway leave the coast of and turn into the desolate reaches of Lucania. Christ never came this far, nor did time, nor the individual soul, nor hope, nor the relation of cause to effect, nor reason nor history. Christ never came, just as the Romans never came, content to garrison the highways without penetrating the mountains and forests, nor the Greeks, who flourished beside the . None of the pioneers of Western civilization brought here his sense of the passage of time, his deification of the State or that ceaseless activity which feeds upon itself. No one has come to this land except as an enemy, a conqueror, or a visitor devoid of understanding.

Levi, who had a degree in medicine, though he had never practised, found himself drawn into treating the local peasantry when the corrupt and fascist local doctors would not.  Treatable illnesses were ignored, hygiene was primitive, and malnutrition was the natural result of poverty.

This may be a tenuous connection with , and , but I am struck by a piece published yesterday on the BBC website by Eduardo J Gomez of King's College, entitled 's health diplomacy in the age of Ebola.  In the article, Gomez writes that, Instead of offering financial assistance to those West African nations most in need, the Cuban government has focused on providing skilled healthcare workers passionate about helping Ebola victims. The Cuban response is based on a combination of pre-existing government commitments to the provision of universal healthcare, the establishment of a medical education system emphasizing service to others…..  efforts [which] were partly inspired by Ernesto Che Guevara, the Argentine-born doctor who fought alongside Fidel Castro during the Cuban revolution.

The ethos of this was summed up by Fidel Castro himself, who proclaimed it was a battle of solidarity against selfishness….  And it is here, in working against poverty, malnutrition and poor hygiene that the similarity with Gagliano and Levi’s experience is strongest.

Read the book.  See the film.  Directed by the great Francesco Rosi in 1979 and starring the enormously sympathetic Gian Maria Volonté (in a role very different from his appearance in A Fistful of Dollars) it is a faithful, if perhaps a little romanticised, account of the book.

As Levi states "We're not Christians," they say. "Christ stopped short of here, at Eboli." "Christian," In their way of speaking means "human being," and this almost proverbial phrase that I have so often heard them repeat may be no more than the expression of a hopeless feeling of inferiority. We're not Christians, we're not human beings; we're not thought of as men but simply as beasts, beasts of burden, or even less than beasts, mere creatures of the wild.  In a memorable scene, the priest addresses the villagers at mass on Christmas Eve.  He upsets the Podestà (Mayor), Don Luigi, who storms out with his fascist entourage, and then castigates the villages for not providing him with his due tithes, distorting the Latin blessing, Pax in terra, hominibus bonae voluntatis (Peace on earth, to men of good will) changing bonae into male.  Don Trajella’s mischievous irony (he knows the congregation do not understand Latin) is elaborated a little in the book, but in both book and film it comes across as a mixture of bitterness and desperate hope - hope that peace may indeed come even to those who have evil wills.

The world that Levi records has changed; the breeding ground for infection of the godforsaken wastes of remote regions in Europe, neglected by the rich and powerful, have been civilised, and clean water, sufficient food, sanitation and health care are more readily available.  But to adapt Levi’s title to the modern day, there are still plenty of stopping places such as Eboli in the world, and areas beyond, such as , where infection control is not understood, water is not clean, and food is not plentiful.

There are few real parallels between Cristo si è fermato a Eboli  and the Ebola virus, but the link that sprung to my mind led me to watch the film again, and to think about big Pharma, and the way the masters manipulate and profit from the masses, and it brings me back to my thoughts in 1995 in front of school children.  Ebola is not an enemy.  Ebola is something we should understand.  Health is not something that happens by accident. You cannot just put a Band Aid on it.  And while a vaccine may help the infected, it will not eradicate the problem. 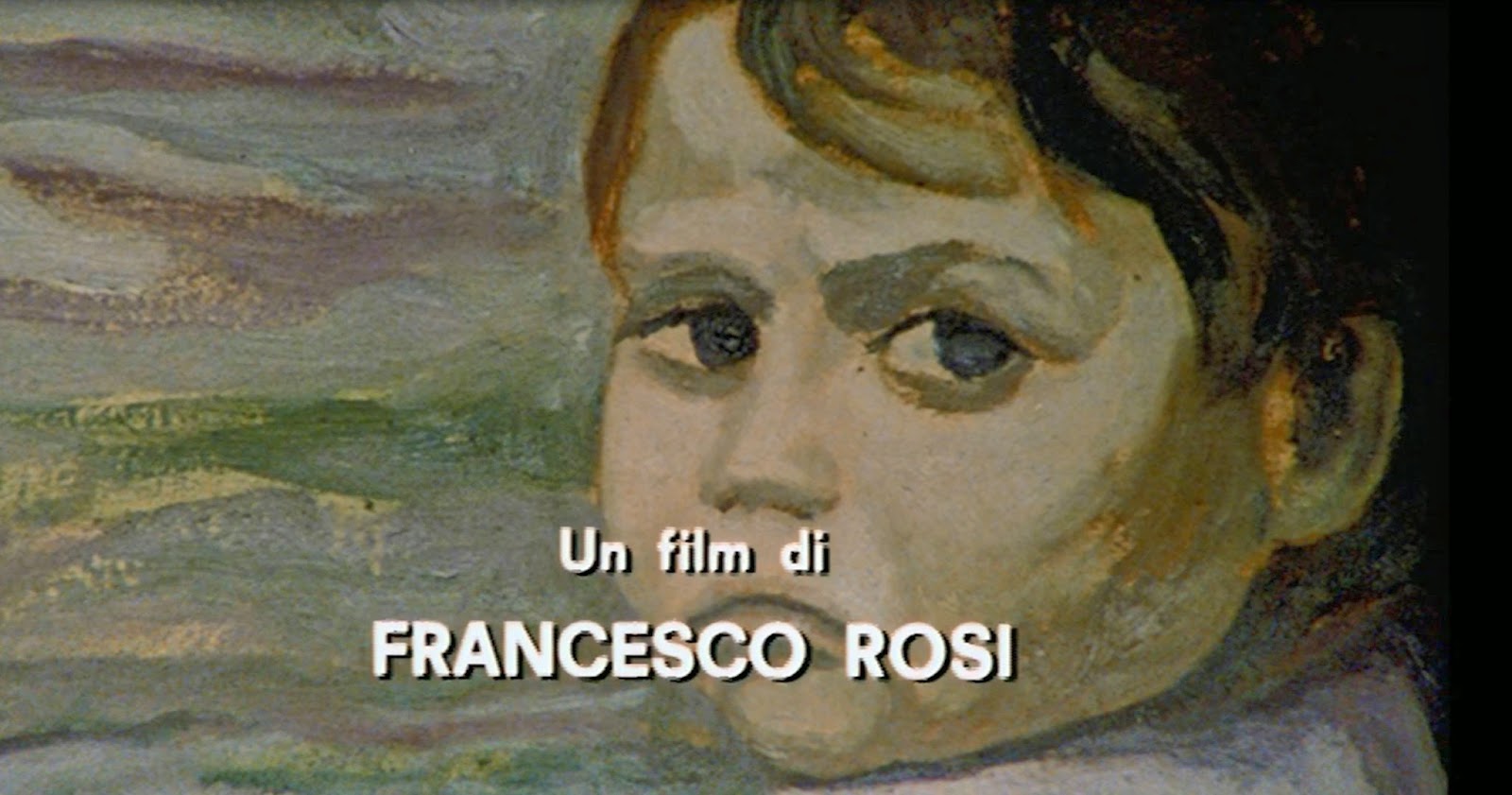