There be some odd goings on down there.  Her is far away, and when you get there, if you get there, given the bottle necks on the A30, there's no going back, nor's there any where else to go.  The cul-de-sac that is (Kernow) is a strange and different world.  Deceptively delightful, with sun, and sand, and sea, and close-huddled villages, deep green vales and high, light hills, but at the same time contorted and steep, unapproachable and unforgiving. 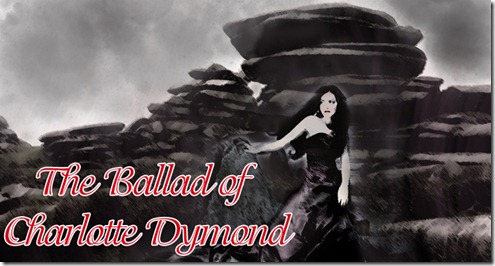 In The Ballad of Charlotte Dymond[1], Charles Causley, a Launceston man, commemorated the lives and deaths of an eighteen year old girl and her twenty-two year old admirer, Matthew Weeks, who was hanged on August 12th, 1844, in Bodmin Jail:

They took him off to Bodmin,
They pulled the prison bell,
They sent him smartly up to heaven
And dropped him down to hell.

In April of that year Matthew, who was not blessed with good looks, took Charlotte, who also worked on Lower Penhale Farm, near Bodmin, for a walk up the slopes of Rough Tor, on the way to Camelford:

Out beyond the marshes
Where the cattle stand,
With her crippled lover
Limping at her hand.

Upset by her flirtatious chatter about other young men he slashed her throat, twice, with his knife:

she was gentle
But they found her in the flood
Her Sunday beads among the reeds
Beaming with her blood.

Jealousy, and murder are not the preserves of alone, but the story fits the landscape well, and Causley's words pick out the tale with a rusty needle's thread:

All through the granite kingdom
And on its travelling airs
Ask which of these two lovers
The most deserves your prayers.

And your steel heart search, Stranger,
That you may pause and pray
For lovers who come not to bed
Upon their wedding day,

But lie upon the moorland
Where stands the sacred snow
Above the breathing river,
And the salt sea-winds go.

The straightforward geophysical words and their emotive qualifiers take us well away, as D H Lawrence said when settling near Padstow, outside the of .  With about half a million people in some 1.3 thousand square miles (a population density of about 373 per square mile - compared with the London Metropolitan Region at 3,900 per square mile, or 11,760 per square mile in Greater London).

With the sea on three sides (and 422 miles of coastline) and rugged hills and the Tamar valley slicing it from Devon, makes a contained Kingdom.  Small wonder that Arthur made his fortress here (at Tintagel) and that Excalibur was returned to the Lady of the at Dozmary Pool, one of the sources of the river Fowey.

A story that is roughly contemporary with that of Charlotte Dymond's, is that of Mary Yellan, the niece by marriage of Joss Merlyn, the landlord of one of the most spectacularly uninviting inns on these islands.

Daphne du Maurier, daughter of fashionable actor manager Gerald (for whom the cigarettes were named), was a well-connected and imaginative woman who found fame through her stories, and Alfred Hitchcock (among others)'s films. 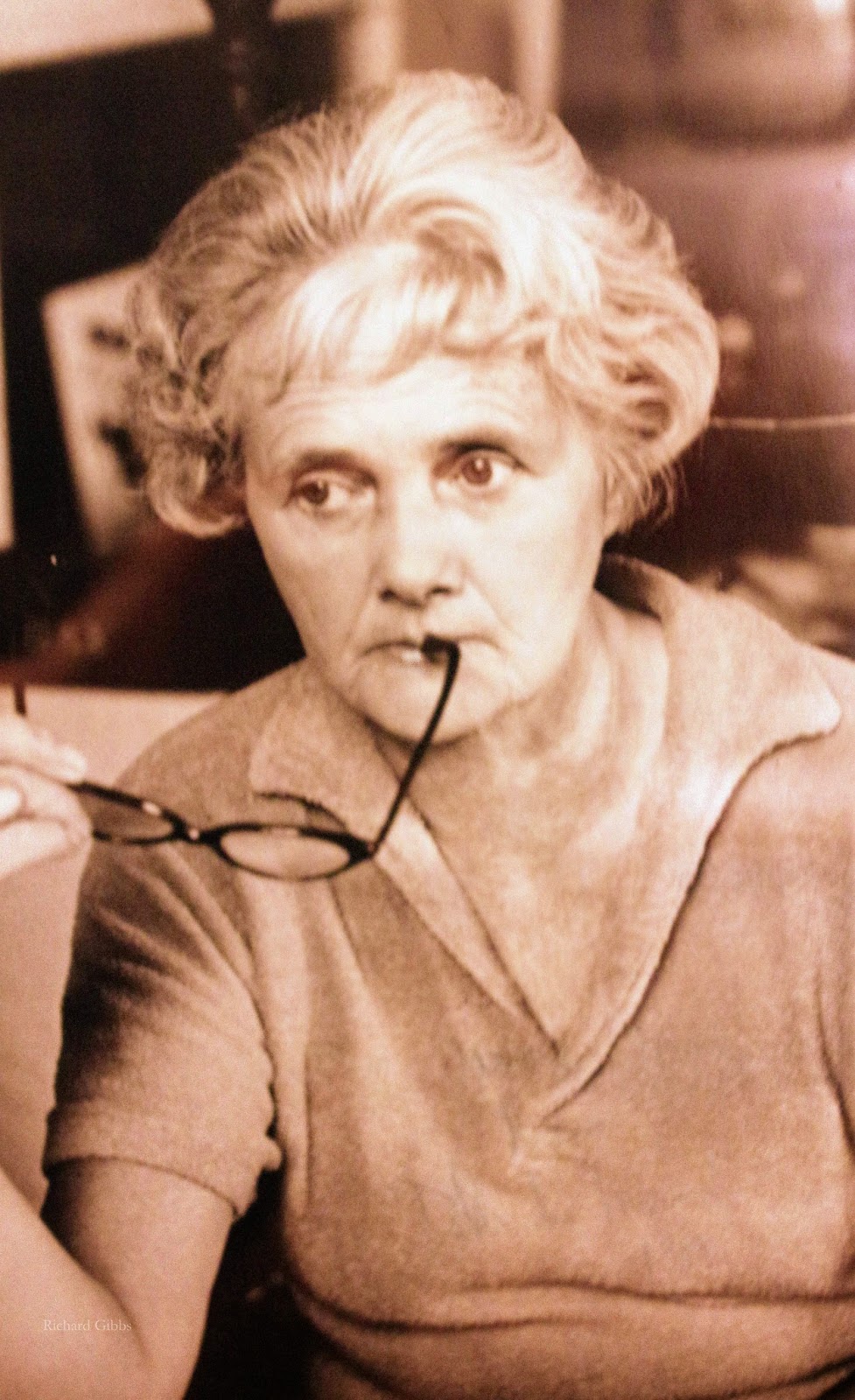 She wrote Jamaica Inn in 1935, following a riding excursion which brought her to the hopelessly ill-managed [2] high on Bodmin Moor (exactly as it is today.....) 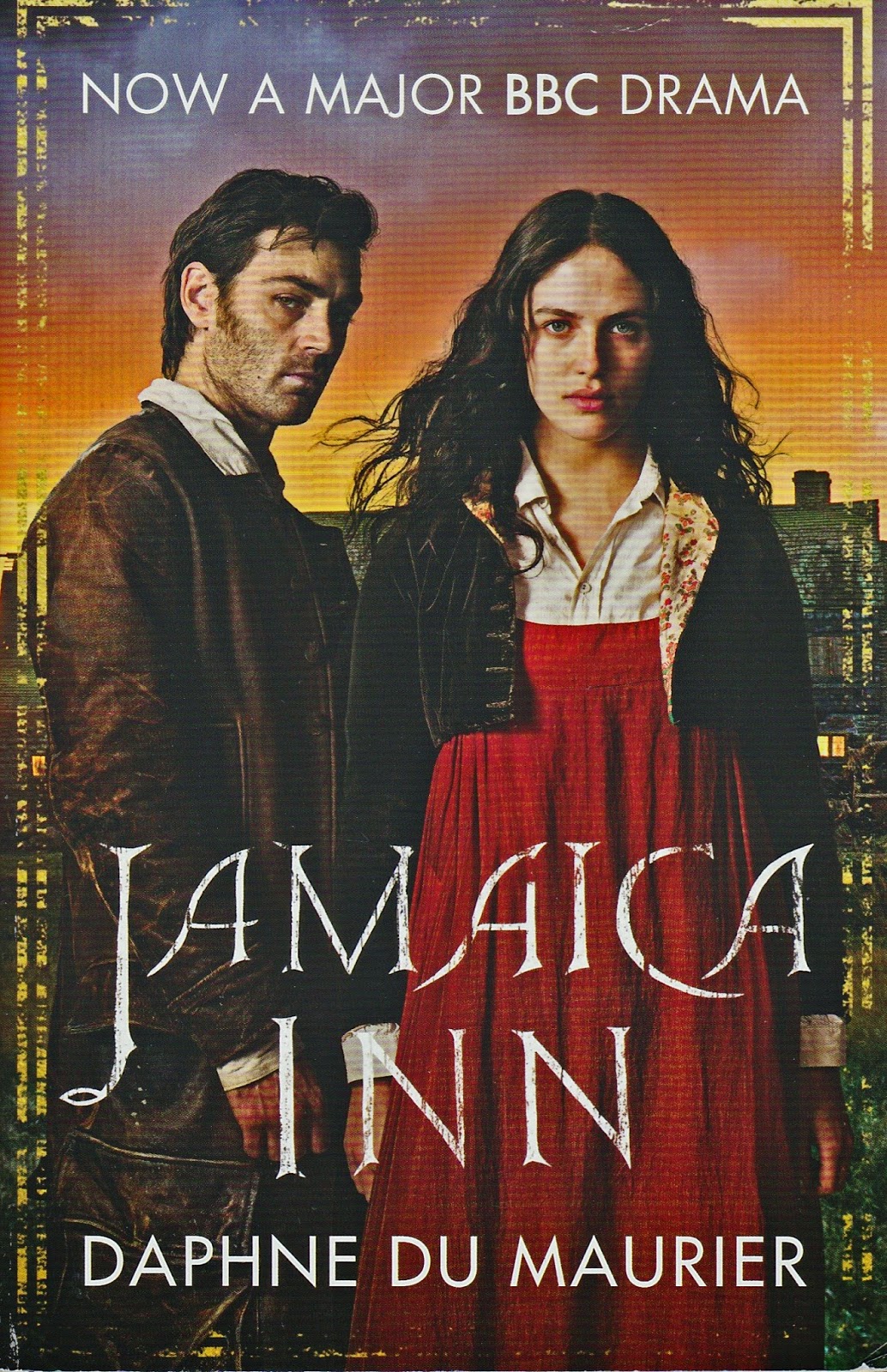 Her story is a well-crafted page-turner, containing traces of the Brontes and R L Stevenson, but spiced with sex and violence in good measure for the day.  Films don't do it justice, 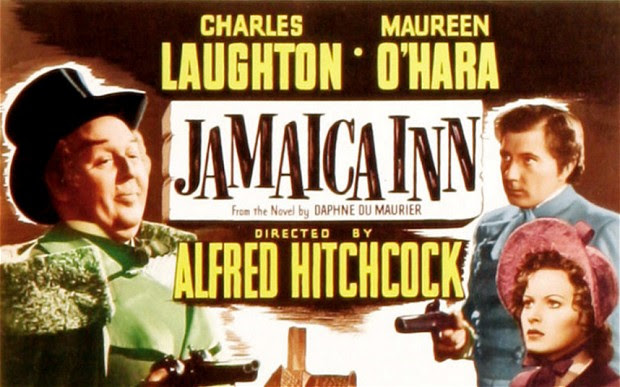 as so often with creative prose, as the linear drive of the cinema rarely allows either for three-dimensional thought or for characters who doubt or falter.

In a way Mary Yellan is a modern heroine (or should that be hero?), though she is surrounded by melodramatic villains (he was a great husk of a man, nearly seven feet high, with a creased brow.....) and wreathed in weak dialogue (He's a bully and a brute, and many worse things besides.  He's turned my aunt from a laughing, happy woman into a miserable drudge, and I'll never forgive him for that as long as I live.....)

There is a certain fascination in the grotesque violence described (She cried out to me to help her, Mary, and I smashed her face in with a stone) but the real strength is that Jamaica Inn is as terrible a place now as it was then,

so the fascinated visitor can really be horrified by the ghosts of smugglers and murderers, while waiting to be served in fusty and lifeless surroundings, unnerved by bizarrely unconvincing waxworks and barely living bearers of tattoos no self-respecting pirate would be seen dead wearing.....

From the toy village of Altarnun, and the current vicar (if she exists) to Jamaica Inn, where bags of ganja


could be piled with the frozen pasties in the back room for all the current staff would seem to care, is but a traffic jam these days, but no one rises to Brown Willy (at 420 metres the highest point in Cornwall) and the moors are silent.  The throngs fight their way to the rocky bays where Joss drowned other people's sorrows.

Now, despite rusting notices warning of evil currents, the carefree and the careless chance with watery devils, trusting in suntanned immortality and the superiority of homo erectus (deficiens).  Wreckers stand by the nibbling tidal edge, where Joss gagged his niece, and the rocks aggravate the waves just as they did two hundred years ago.

It's a grand, stark landscape, and even now the crowds make little impression.  Horse thieves and disillusioned prelates probably still roam the uplands, while sharks thrash the shallows.....

Nat Hocken, because of a war-time disability, had a pension and did not work full-time at the farm..... at midday, he would pause and eat the pasty that his wife had baked for him, and sitting on the cliff's edge would watch the birds.....  Alfred Hitchcock took The Birds and relocated it in , but Daphne du Maurier's imagination grew in the , where great flocks of [birds] came to the peninsula, restless, uneasy, spending themselves in motion..... 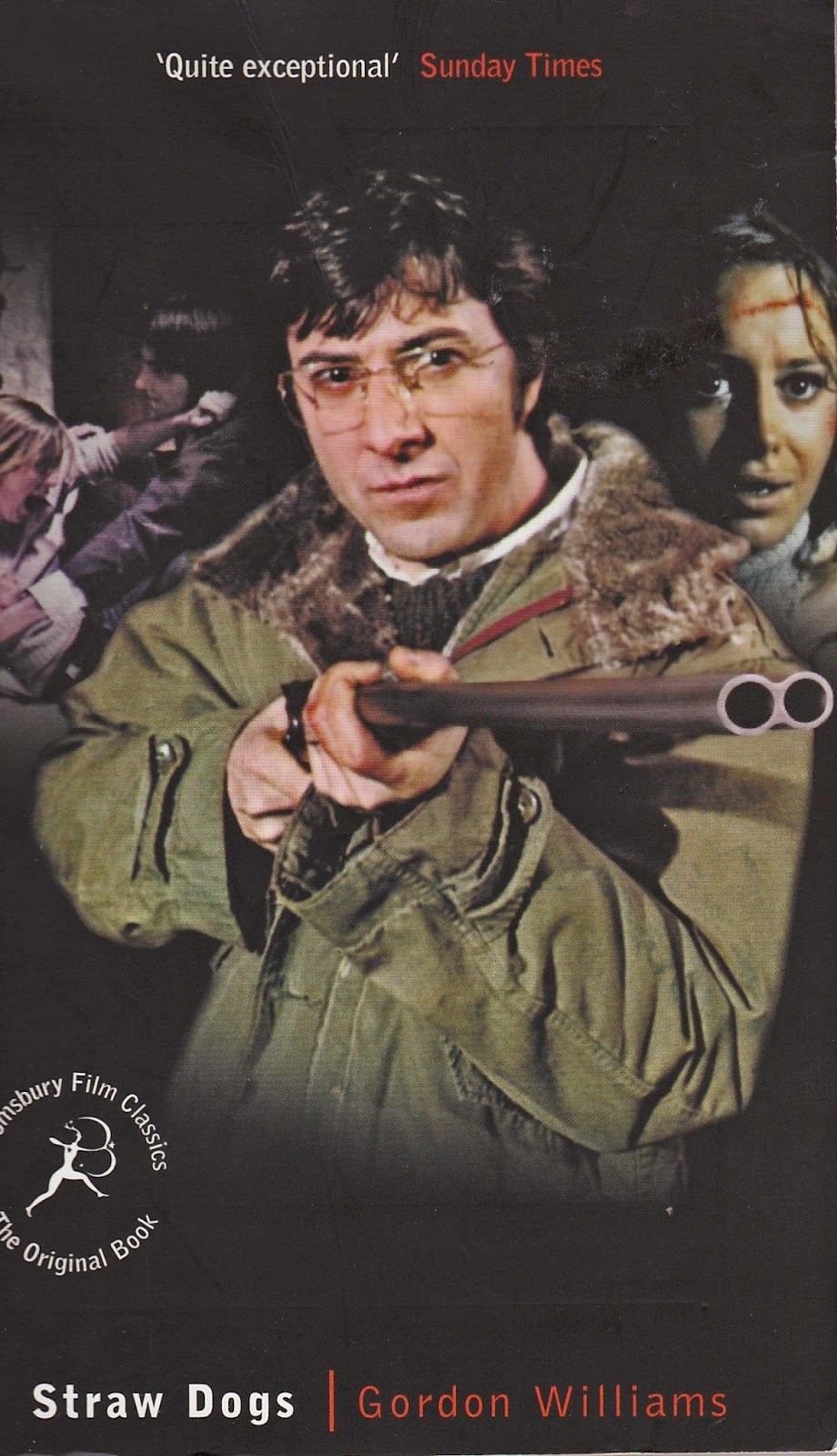 And just outside the tiny , George Magruder, an American academic, struggled, in the 1969 novel The Siege of Trencher's Farm by Gordon Williams, with his definitive study of Branksheer (the late eighteenth century diarist.....)  A couple of years later, under the title Straw Dogs, Sam Peckinpah ventured into the darkness of a small rural community.  As Harry Ware, landlord of the Dando Inn, muses on his regular clients, if you came from anywhere else in , these thick-necked, round-faced West Countrymen were regarded almost as clowns.....  Yet beneath this stolid, almost bovine exterior, he knew there were dark twists in their minds....

Sam Peckinpah, like Alfred Hitchcock before him, used the text only as a starting point, and with subtle invention (sic) allowed for Susan George to steal the show, but that notwithstanding this book, like Jamaica Inn, and The Ballad of Charlotte Dymond, describes a world where the unlikely becomes possible.  It is remarkable, also, how Jamaica Inn, The Birds and The Siege of Trencher's Farm portray a menacing claustrophobia, with doors and windows battened down, breaking glass and a mounting sense of fear of intrusion. .....he cursed aloud, and, reaching forward, smashed the pane of glass with his fist, careless of the splitting sound of the glass and the blood that spouted immediately from his hand.... (JI). The tapping began at the windows, at the door. The rustling, the jostling, the pushing for positions on the sills. The first thud of the suicide gulls upon the step.... (TB) The breaking glass they'd heard was the man clearing the jagged pieces from the framework.... (TSoTF).

is different.  You leave the cosy behind when you cross the Tamar.  Bodmin Moor erases the comfort zone.  And this is, perversely perhaps, a major attraction. 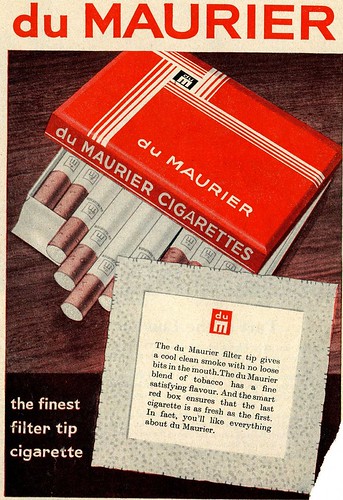 Charlotte Dymond was the belle of Bodmin. Buxom and pretty, the 18-year-old milkmaid at Lower Penhale Farm flirted outrageously with all the young men of the village, and they all fell in love with her. One of them, Matthew Weekes, 22, who was a labourer on the same farm, had dreamed of marrying her for six years, but his chances were next to nothing. He had few teeth, a pronounced limp, and his face was hideously pockmarked.
’s playful antics with the other village men incensed Weekes. On Sunday, April 14th, 1844, he plucked up courage to ask her to go for a walk with him, and somewhat to his surprise she accepted. They took the path to Lanlavery Rock, on the far slopes of Rough Tor, and then along the road to Camelford. As they walked, talked coquettishly about all the young men she liked, and the wretched Weekes felt the fires of jealousy searing his flesh.
They came to a gate leading into a field. Weekes later described what happened next.
“I told her I had seen her in a situation with some young men that was disgraceful to her. She then said, ‘I shall do as I like. I shall have nothing more to do with you.’
“I took out my knife and then replaced it. But on her repeating the phrase, I made a cut at her throat from behind. She immediately fell backwards, the blood gushing out in a large stream, and exclaimed while falling, ‘Lord have mercy on me!’
“While she was on the ground I made a second but much larger cut, although she was almost dead at that time. After standing over her body for about four or five minutes, I lifted up one of her arms and it fell to the ground as if she were dead. I pushed her body a little further down a bank. I took her bonnet, shawl and shoes and covered them up in a turf pit. I put her gloves and bag in my pocket and threw away the knife.”
’s body was found two weeks later. Weekes was tried for her murder and hanged on Monday, August 12th, 1844, outside Bodmin Prison.
Later, the villagers paid for a monument to be erected on the spot where died. Legend has it that she haunts the murder scene, and that her ghost is often seen, too, at Lower Penhale Farm.

[2] The is now under the new ownership of Allen Jackson, who is already making improvements to Jamaica Inn including providing Sky Sports in a side bar and from Easter Wi-Fi and Sky television including sports and movie channels in all rooms. 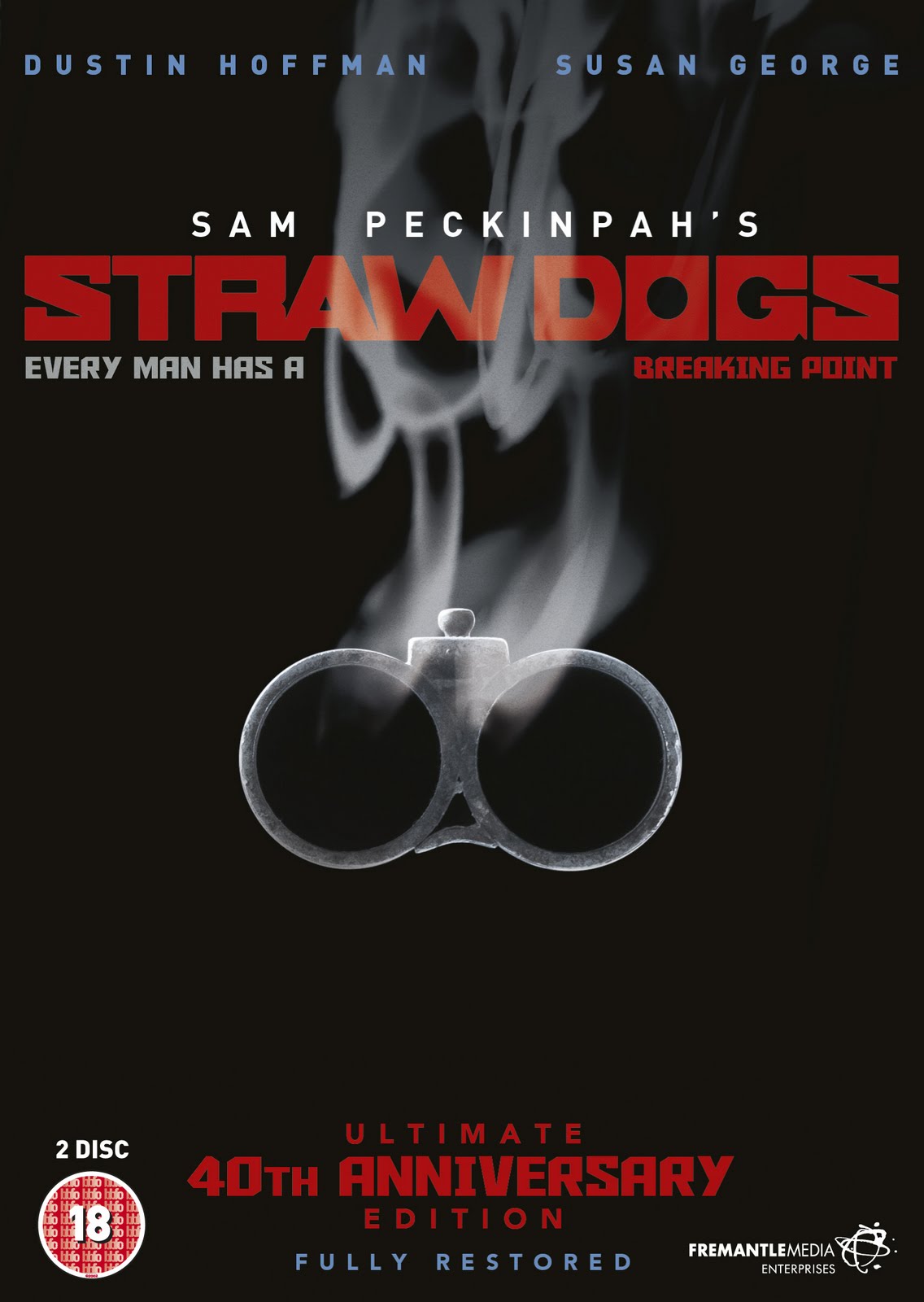