My accommodation (as seen above) may not seem much, but, as Ewan MacColl (James Henry Miller) sang:

I've been over Snowdon, I've slept upon Crowdon,


I've camped by the Wain Stones as well,
I've sunbathed on Kinder, been burned to a cinder,
And many more things I can tell.
My rucksack has oft been me pillow,
The heather has oft been me bed,
And sooner than part from the mountains,
I think I would rather be dead.


This song, based on a traditional one, became one of the theme tunes of the movement against Enclosure. Following the industrial revolution, walking in the countryside had become an essential part of recreation for hard-working mill-workers who lived in the cramped conditions of Victorian cities, but wealthy land-owners were increasingly trying to stave the flow of the hoi-polloi across their grouse moors and grazing land.  The confrontation came to a head on April 24th 1932 when groups of ramblers left Manchester and Sheffield for an organised trespass onto Kinder Scout, the highest peak in Derbyshire. 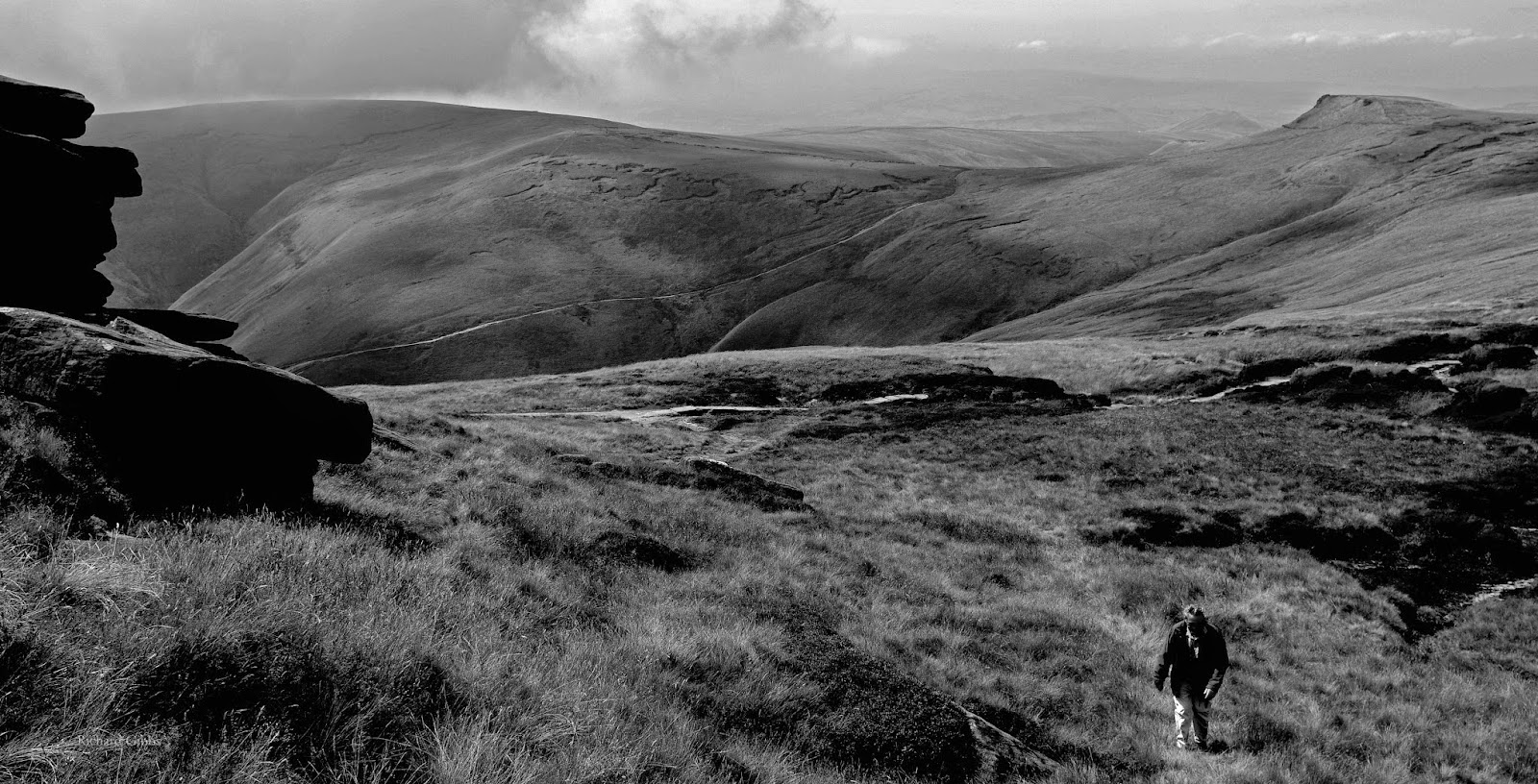 Ewan MacColl was responsible for publicity in the planning of the trespass, and his song subsequently became highly popular with hiking folk, and can still oft be heard when beer and guitars come together:

I'm a rambler, I'm a rambler from Manchester way,
I get all me pleasure the hard moorland way,
I may be a wage slave on Monday,
But I am a free man on Sunday.

The Kinder Trespass led to violent clashes with gamekeepers and some of the ramblers were arrested and imprisoned.  However in the following weeks much larger trespasses were held and public opinion began to move in favour of the trespassers. 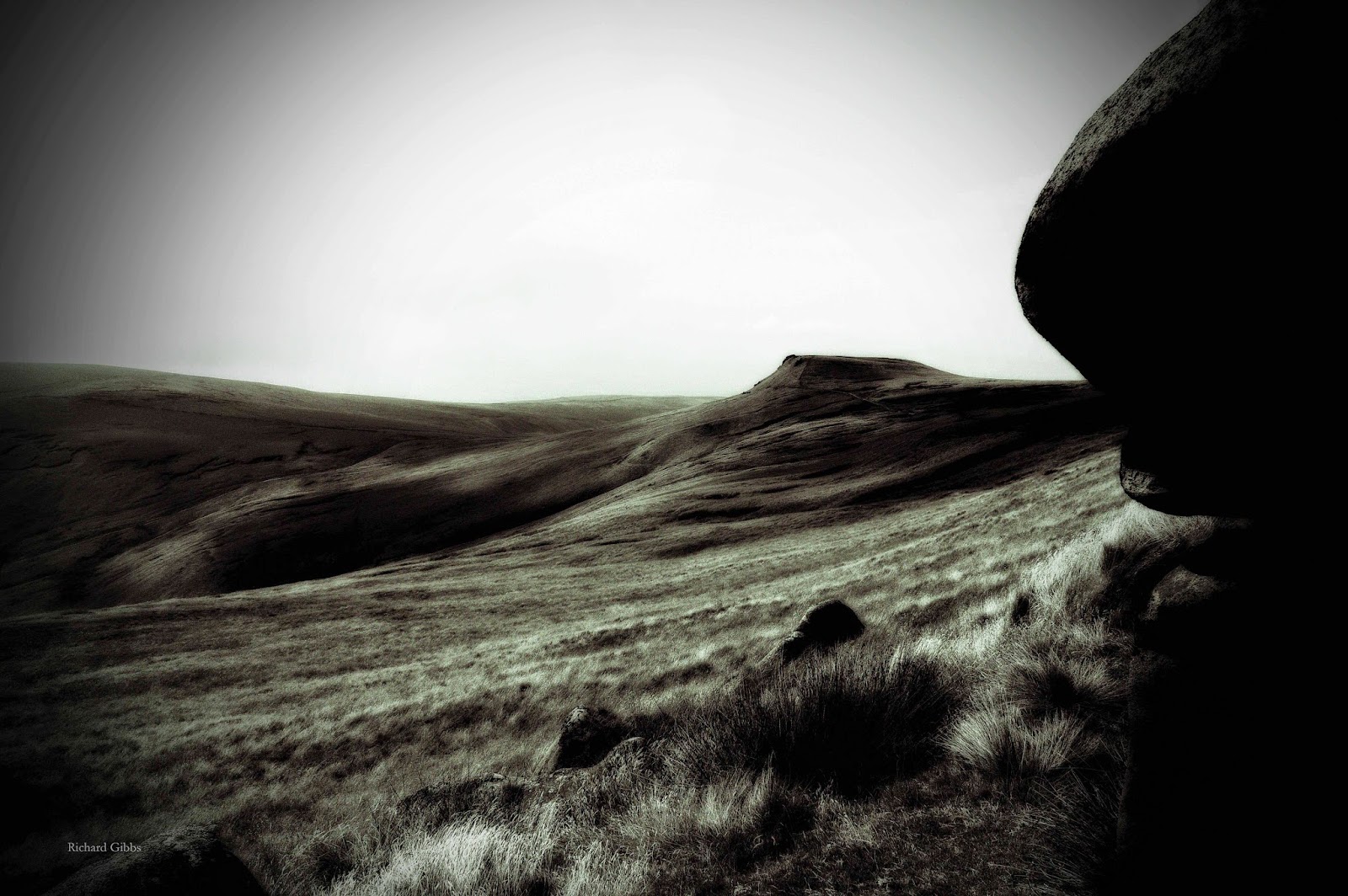 This led eventually to the start of an access movement that saw the establishment of National Parks, long distance footpaths including National Trails and finally, the Countryside and Rights of Way Act 2000 which granted unrestricted access to 10,000 square kilometres of countryside in England and Wales. (See more at: http://www.ramblers.org.uk/what-we-do/what-we-have-done/past-campaigns/kinder-80.aspx#sthash.siFHHkhr.dpuf) 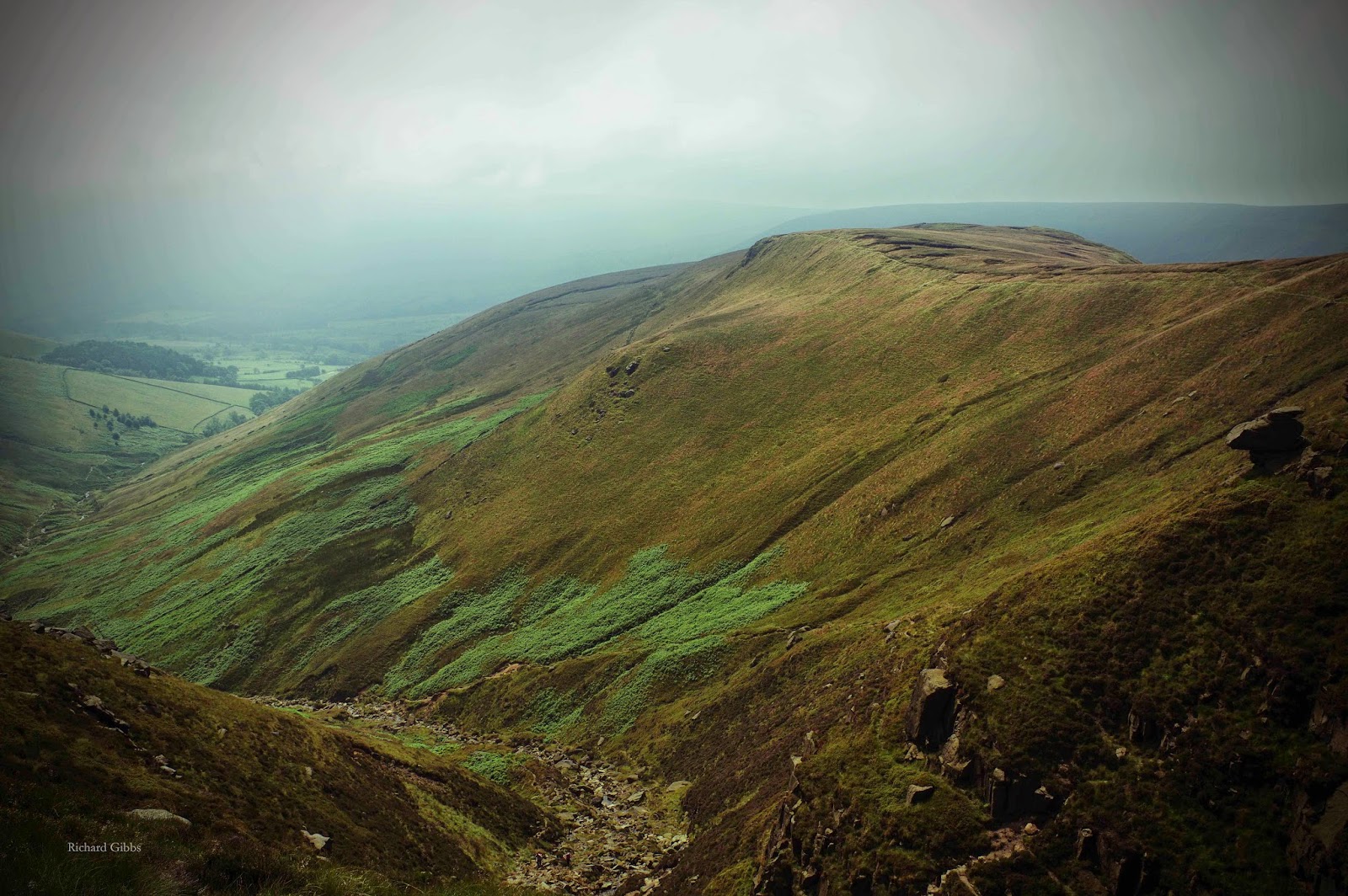 Ewan MacColl, once married to Joan Littlewood, and father of the late Kirsty MacColl, had a file opened on him by MI5 when local police tagged him as a communist with very extreme views but his efforts led to the formation of the Ramblers Association, and today (he died in 1989) he is commemorated in Russell Square on a plaque which includes the citation: Folk Laureate – Singer – Dramatist – Marxist ... in recognition of strength and singleness of purpose of this fighter for Peace and Socialism....

The top of Kinder Scout is 636 metres (2,087 ft) above sea level. One way of getting there is to ascend Jacob's Ladder, which, apart from anything else, is wonderful for being referred to favourably in Christian, Jewish and Muslim literature....


The plateau is dynamically varied, with exposed peat and strange shapes sculpted in millstone grit.  Henry Moore is said to have been inspired by outcrops fashioned by ice and rain here, but you do not have to be a famous artist to imagine that what you see is not quite what you see.....  After all, the over sixties who have clambered breathlessly here are perhaps short on oxygen to the brain and high on adrenalin.....


Nearer the ground, and closer to the homely, bell heather provides a refreshing splash of colour to an otherwise strenuously bleak palette....

Then, slipping southwards from the Dark Peak, limestone becomes the stratum of the day, and fields hold their delineations in dry stone, with the landscape peppered by barns and salted by livestock..... 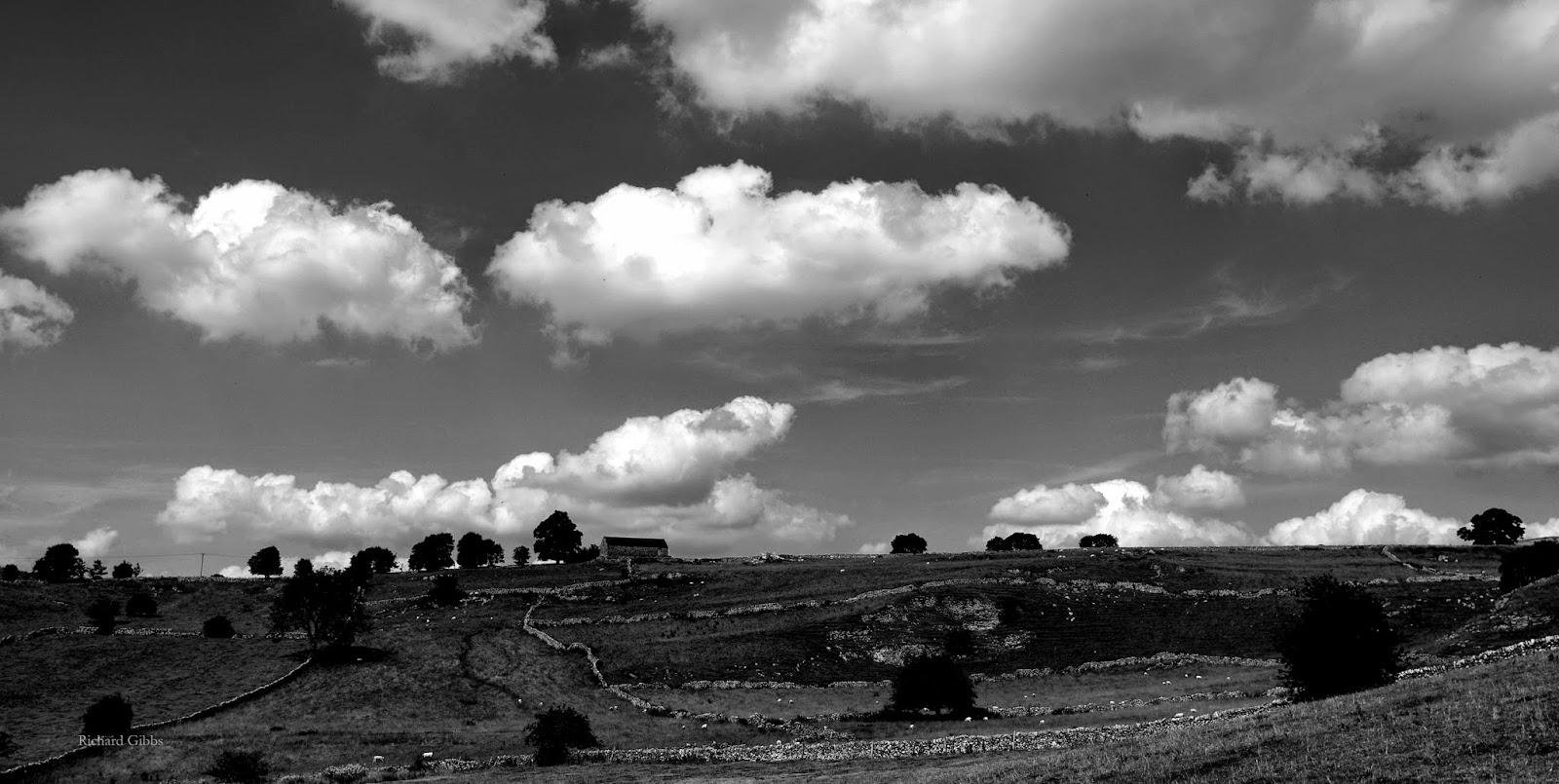 The status of National Park (the first such designation in the UK, in 1951) has brought touristic stability to the area, but this has meant increases in property prices which inevitably have affected local residents. However, traditional stone buildings survive and somehow their owners are managing to access funds to preserve them, without necessarily altering their function.... 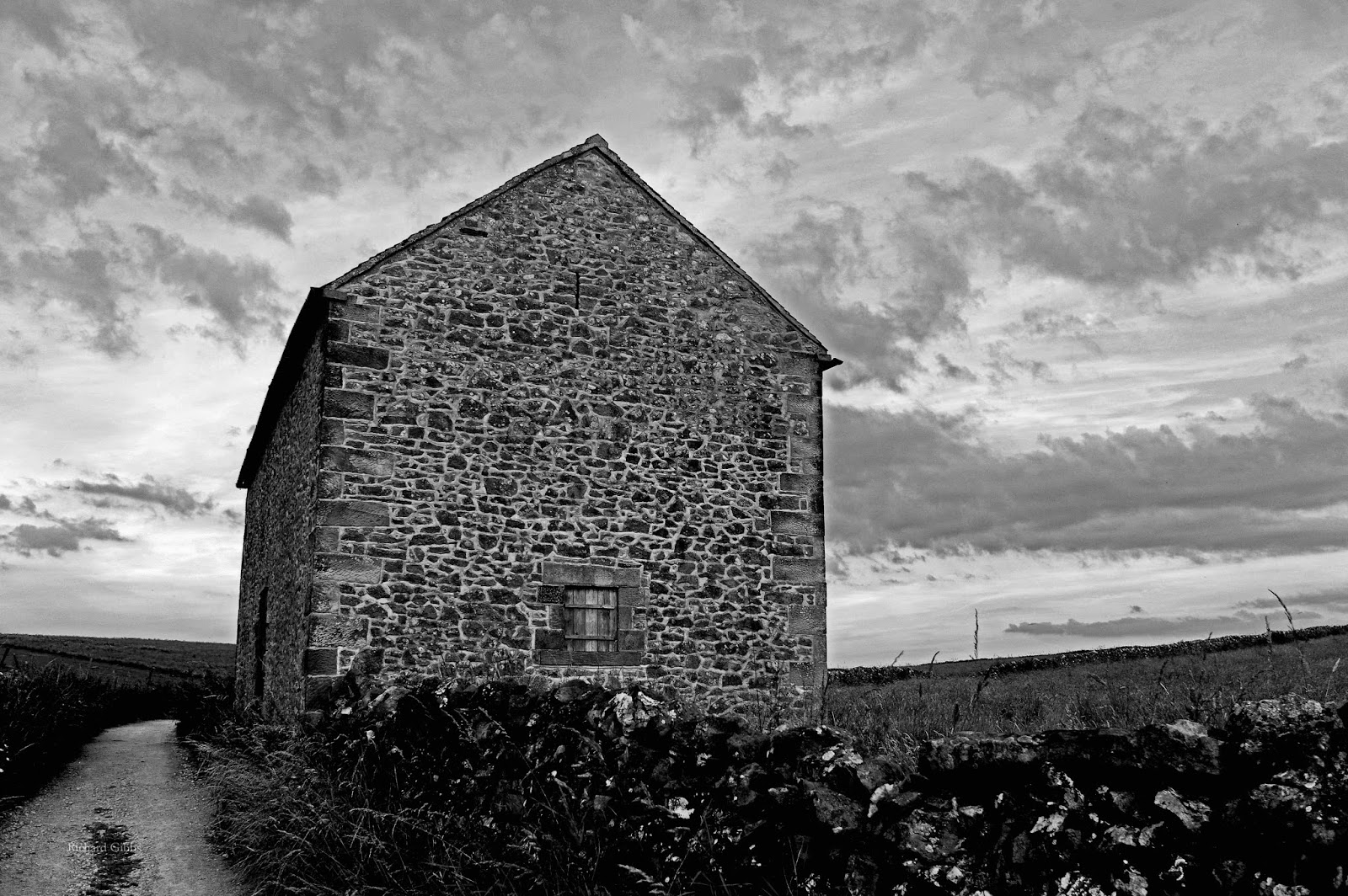 In the so called White Peak part of the National Park, Dovedale has long been a justifiably popular destination: Jane Austen, Walter Scott, Wordsworth, Byron, George Eliot, Charlotte Bronte - in no especial order - and, believe it or not, Richmal Crompton (!) have all been touched in some way by the landscape here....


And, historically, Bonnie Prince Charlie is said to have stopped by (his thunderbox is still in use in Hartington Hall).... 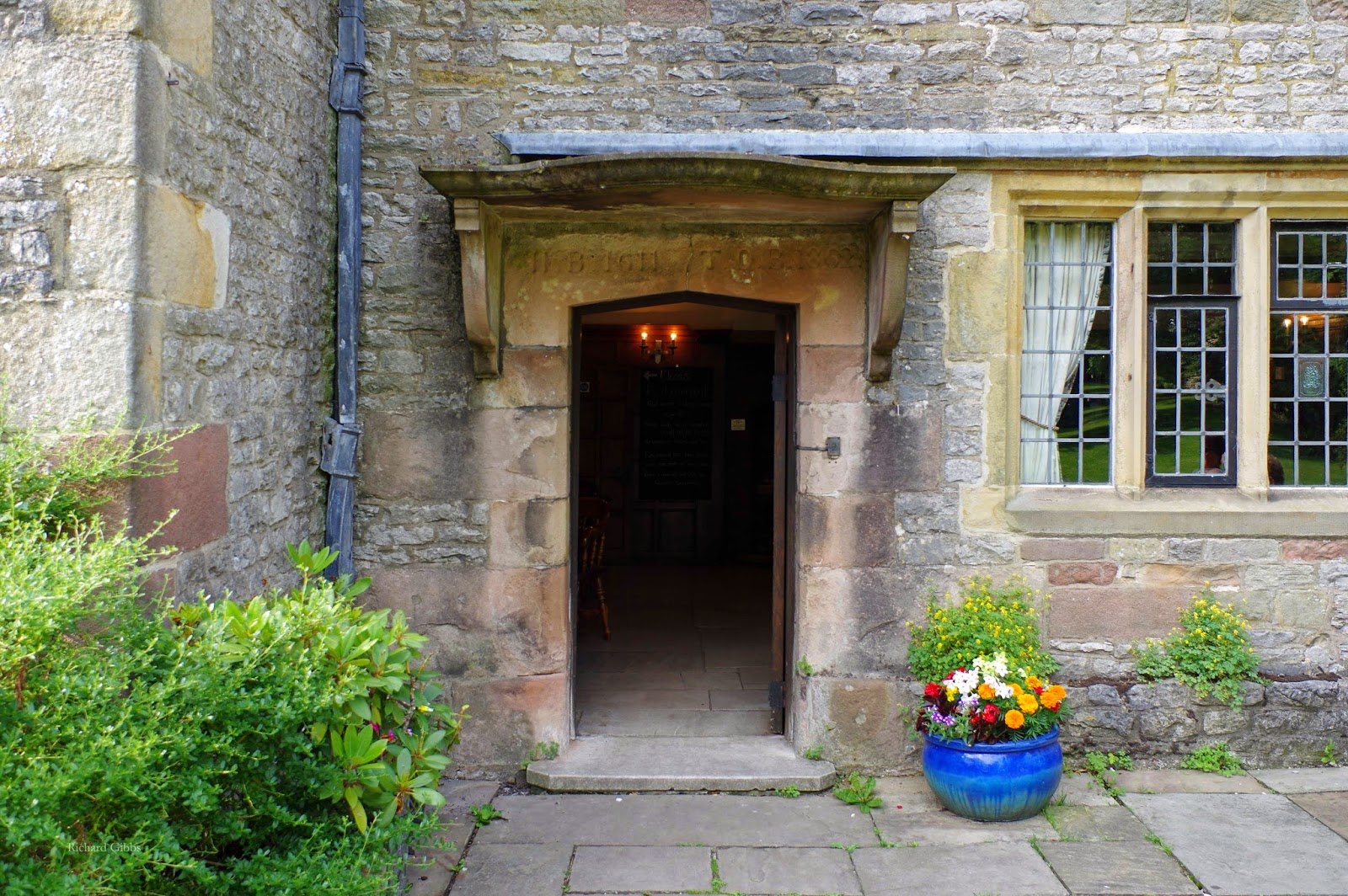 And a more modern Prince Charlie can be seen in a photo by the bar of The George in Alstonefield....

But that is by the way.  The river Dove has entertained human activity for some fifteen thousand years, with plentiful evidence in limestone caves to support this claim.


Brown trout manage their busy lives here, and daily seek to avoid the crowds, but they have been immortalised through the relationship of Izaak Walton and Charles Cotton, who, between them produced The Compleat Angler (first published in 1653, but with a second part about fly fishing by Cotton in 1676). Apart from the Bible and the Book of Common Prayer, no book has been reprinted more often than the Compleat Angler (though I have heard Pilgrim's Progress put forward for this particular Booker Prize). As a treatise on the art of fishing (and cooking coarse fish) it has never been bettered.


Though not all fishers have read the handbook......


Bird life is one of the attractions of Beresford, Wolfscote, Biggin, and Dove Dales. These steep sided valleys are now protected habitats and much enjoyment can be had by simply sitting back and watching the show, from the simplest duck white water rafting.....

To the shadiest wren chattering away in the shadows of a tree.... 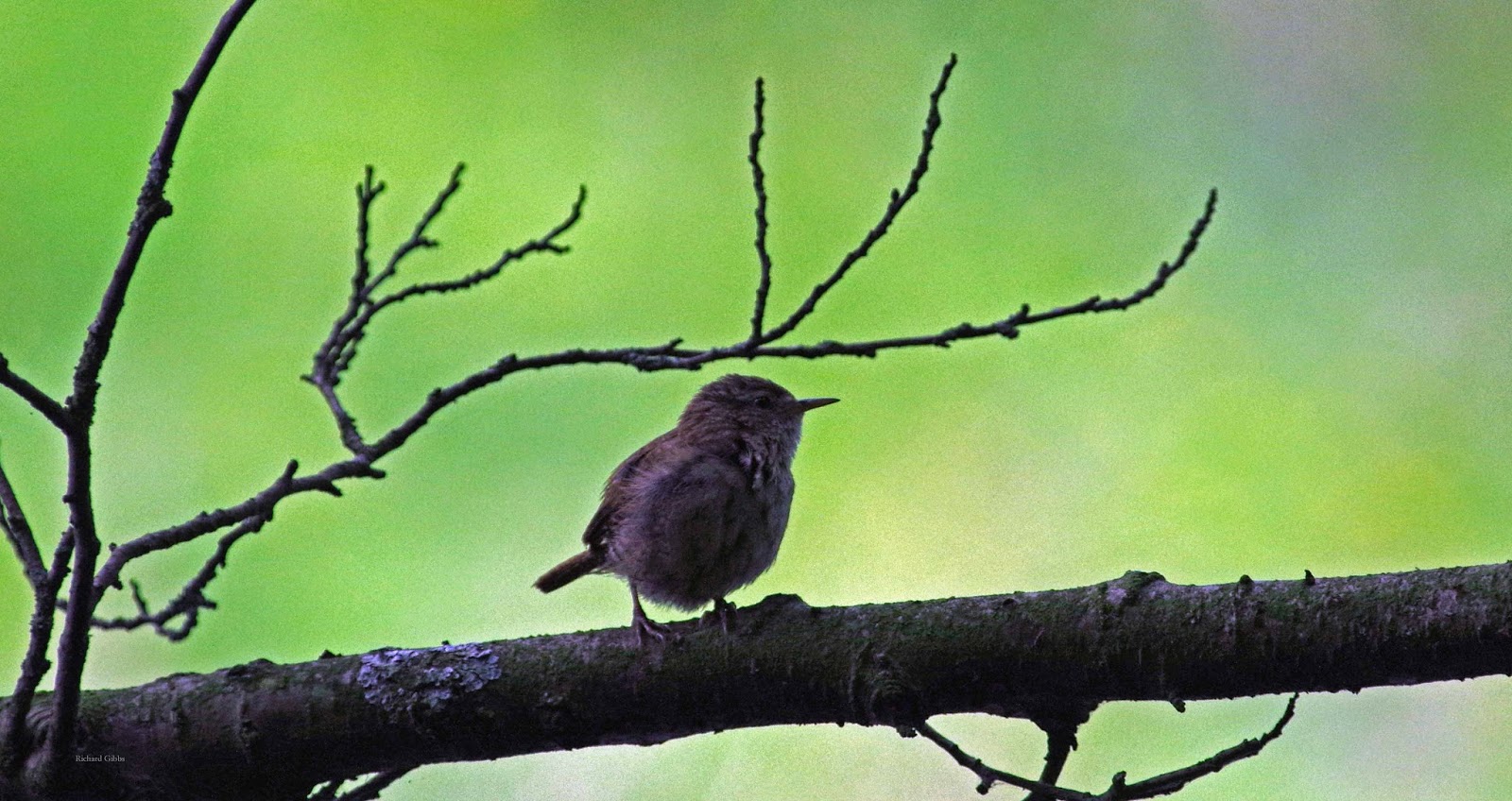 To a smart raptor (an immature or female Kestrel) resting after an incredible flight in pursuit of a butterfly, mirroring each clumsy flapping turn like some sophisticated Russian missile... 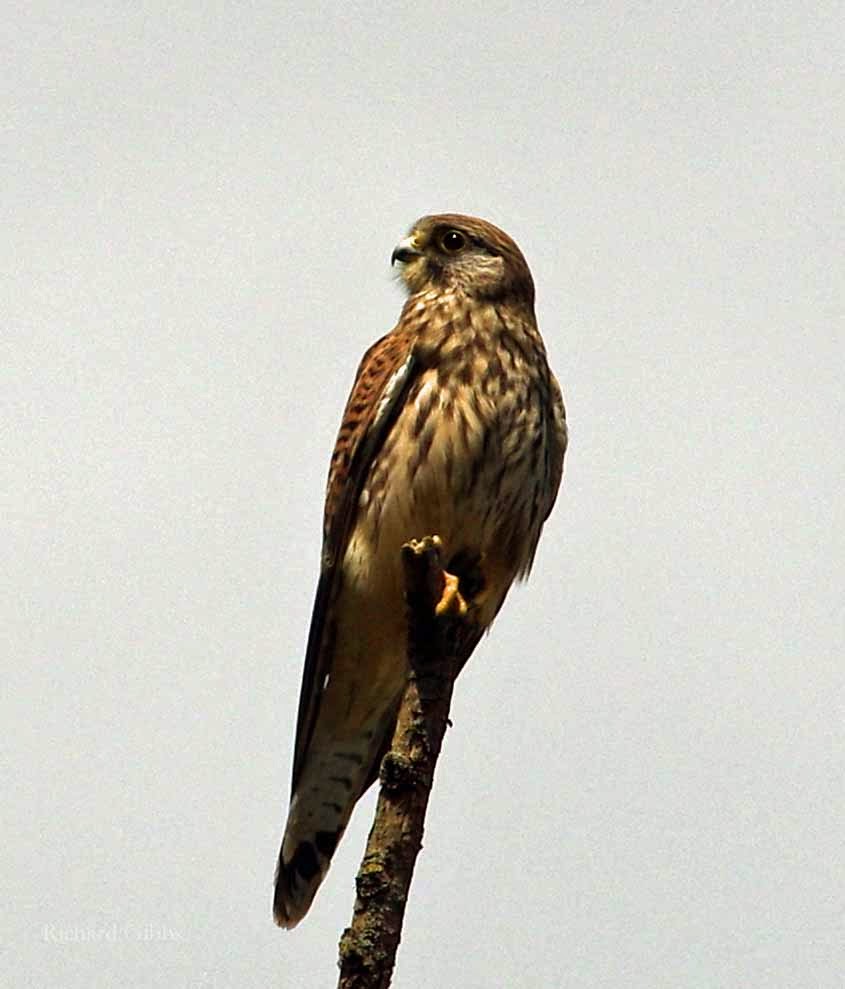 The Dove, in any season, is a delightful river.  River enough to continue year round, but not so grand as to support shipping and have lent itself to human degradation....

In the meantime, we stroll and we chat, and we admire....

Though the Peak District is but a Saturday Night Fever from the conurbations of Manchester, Sheffield and Derby, and therefore not much further from Liverpool, Leeds and even Birmingham (so perhaps a third of the population of Britain live within a radius of fifty miles of this National Park), it is varied and corrugated enough to support innumerable visitors. The best times to be here may not be weekends in the school holidays, but then it can still be busy in the rainiest, and coldest, of times.  I have walked in driving rain and not been alone..... 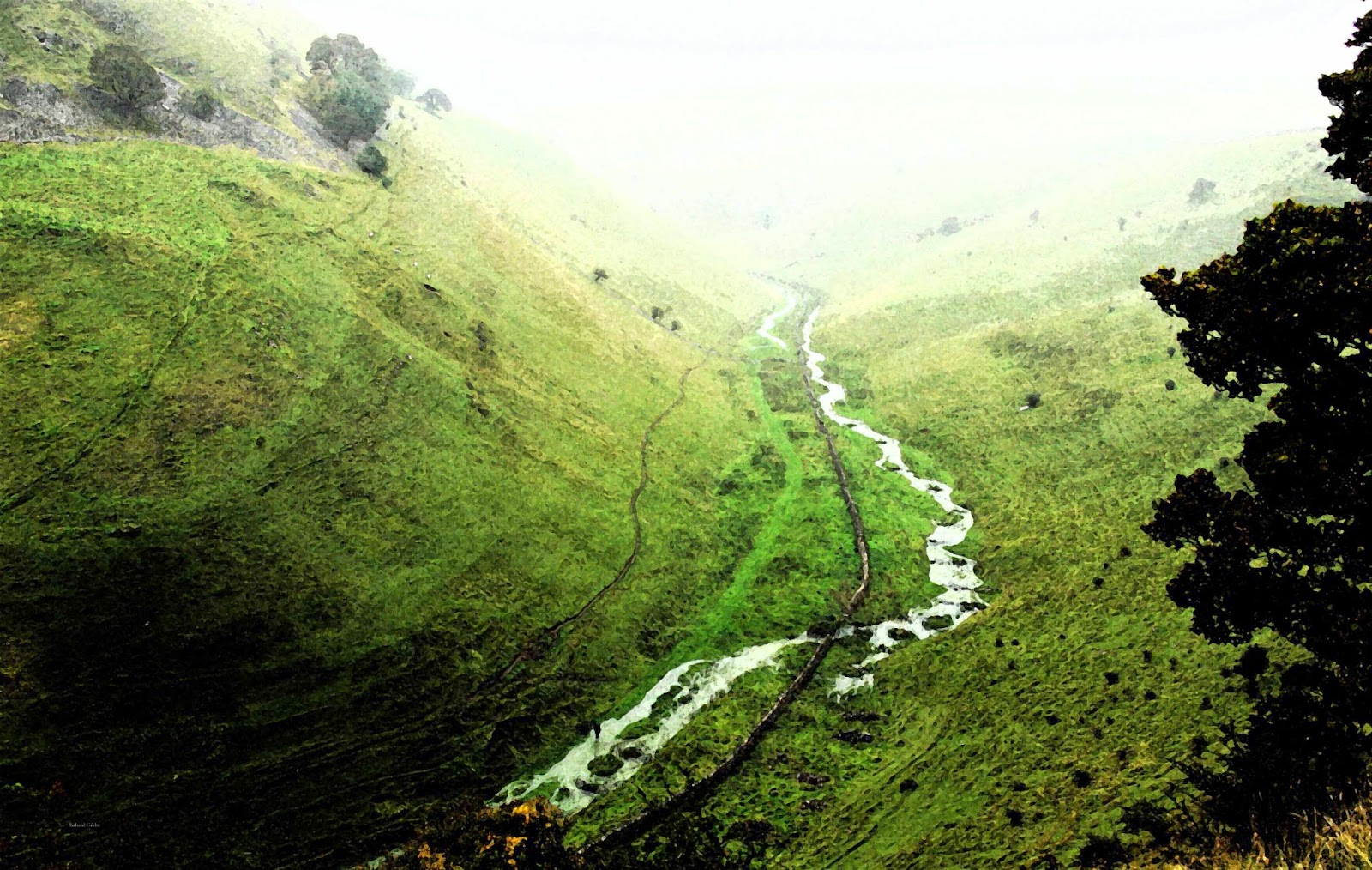 And braved the springtime snows in splendid company..... 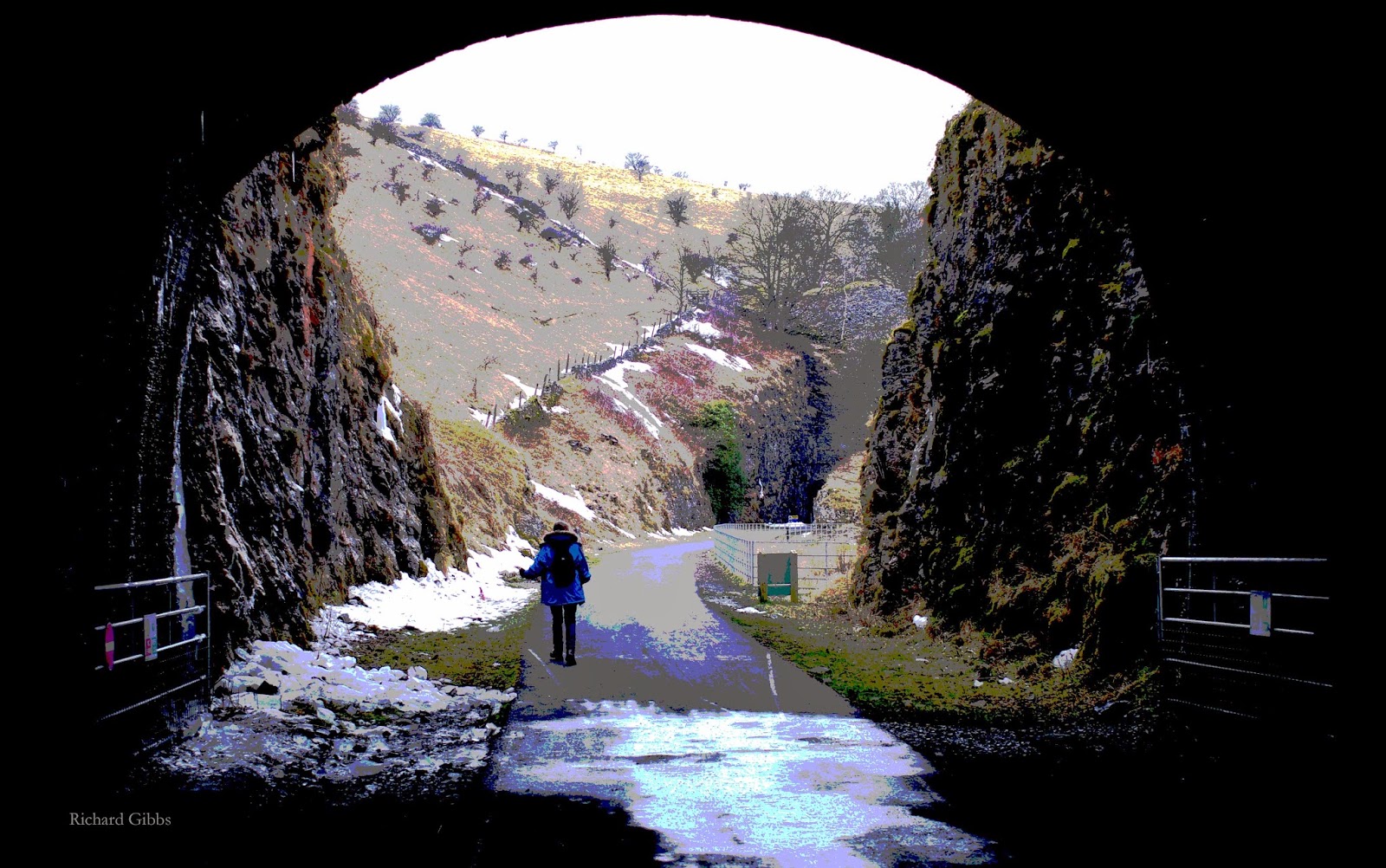 But there is space enough for all.  The Monsal Viaduct used to carry passengers from Derby to Manchester, and with five arches spanning 300 feet it is one of the wonders of our industrial past, but today it only carries hikers and bikers (and would-be artists!)

And along with the natural, and industrial, marvels, the area also has many vernacular attractions as well, at least for the moment..... For example, The Barley Mow, a Jacobean-style inn at Kirk Ireton, which dates back to 1683, is one of the very few English pubs to have retained the traditional image of what a public house used to look like in times past..... 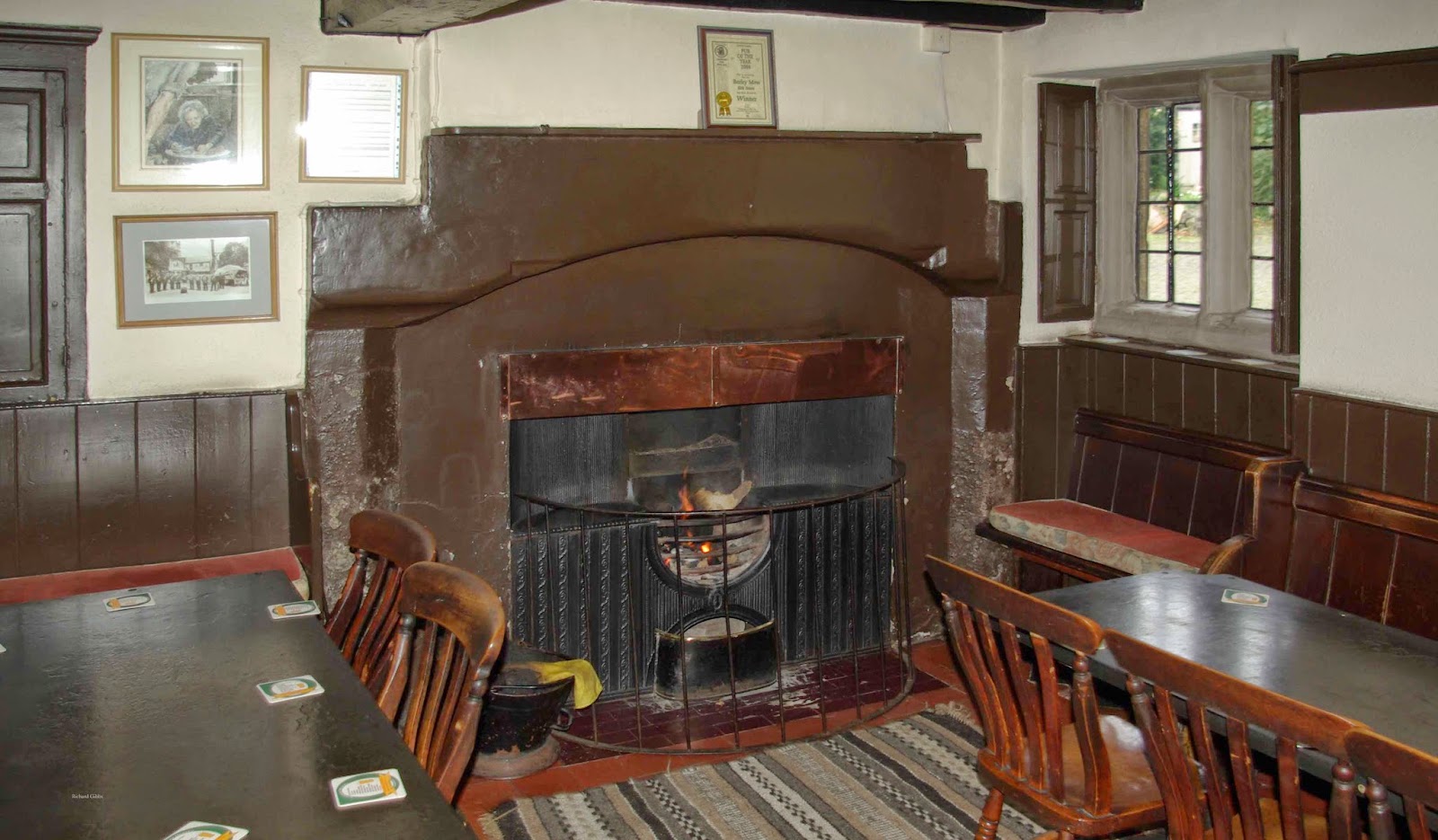 Here is the ancient floor,


Footworn and hollowed and thin,
Here was the former door
Where the dead feet walked in.

She sat here in her chair,
Smiling into the fire;
He who played stood there,
Bowing it higher and higher.

Childlike, I danced in a dream;
Blessings emblazoned that day;
Everything glowed with a gleam;
Yet we were looking away!

While not far away, at Chatsworth, Debo (the Duchess of Devonshire) was busily writing to Paddy Leigh Fermor (in 2005) that Here is chaos. I'm on the brink of moving, trying to undo 46 years-worth of GLUT....

But me?  I'm a Rambler, and I find the quiet rot and cardboard box-like interior of my caravan sufficient. Tomorrow I will be gone, and those framed stains on the walls that I called watercolours will be someone else's forgeries....  This is a place to be outdoors, and I am grateful to Ewan MacColl and his contemporaries for blazing the trail that made way for the Long Distance Paths, and access to land that hitherto had been somehow privatised.  As MacColl said:

He called me a louse and said "Think of the grouse".
Well I thought, but I still couldn't see
Why old Kinder Scout and the moors round about
Couldn't take both the poor grouse and me.
He said "All this land is my master's".
At that I stood shaking my head,
No man has the right to own mountains
Any more than the deep ocean bed. 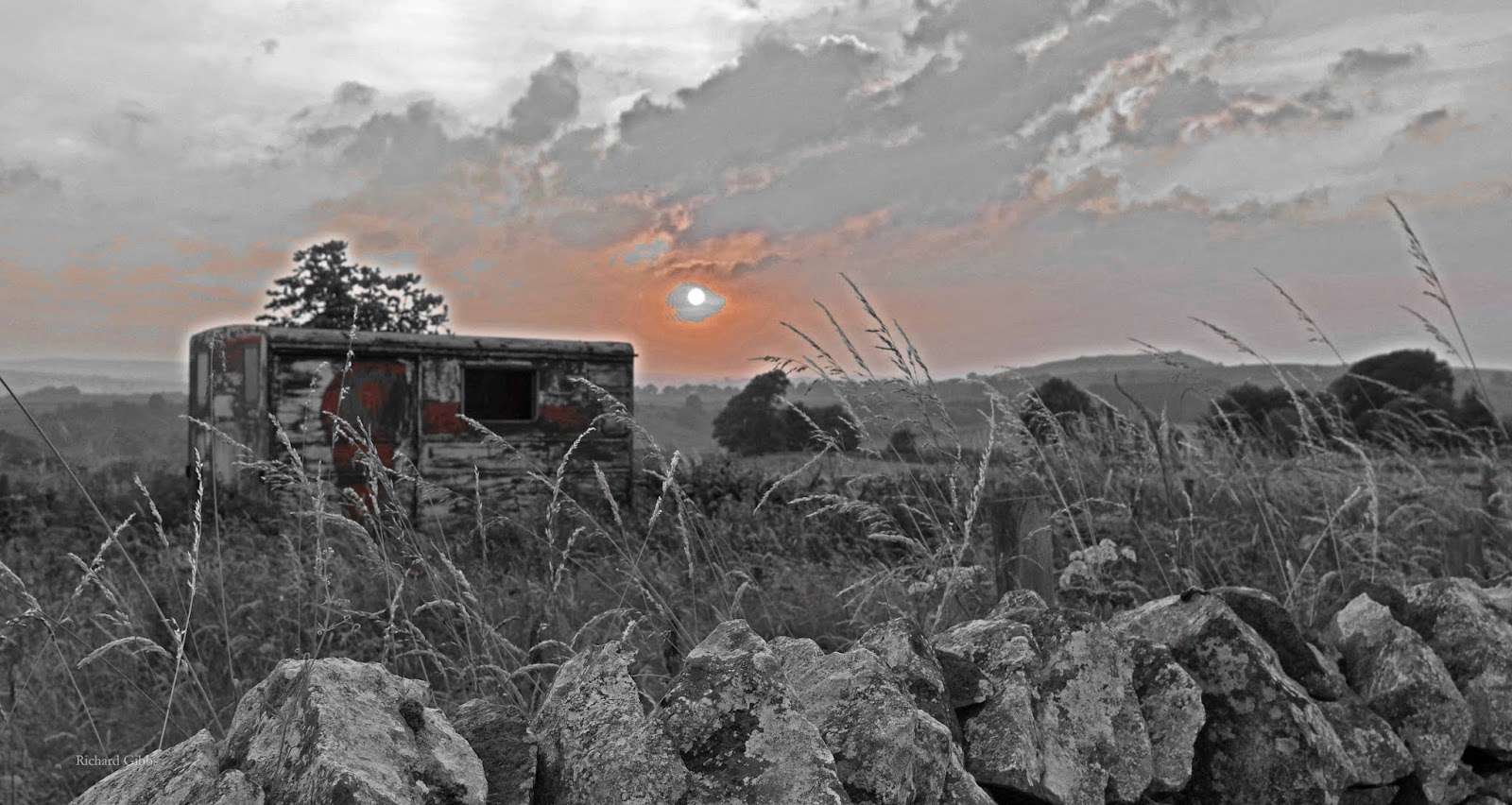 So I'll walk where I will over mountain and hill


And I'll lie where the bracken is deep,
I belong to the mountains, the clear running fountains
Where the grey rocks lie rugged and steep.
I've seen the white hare in the gulleys,
And the curlew fly high overhead,
And sooner than part from the mountains
I think I would rather be dead. 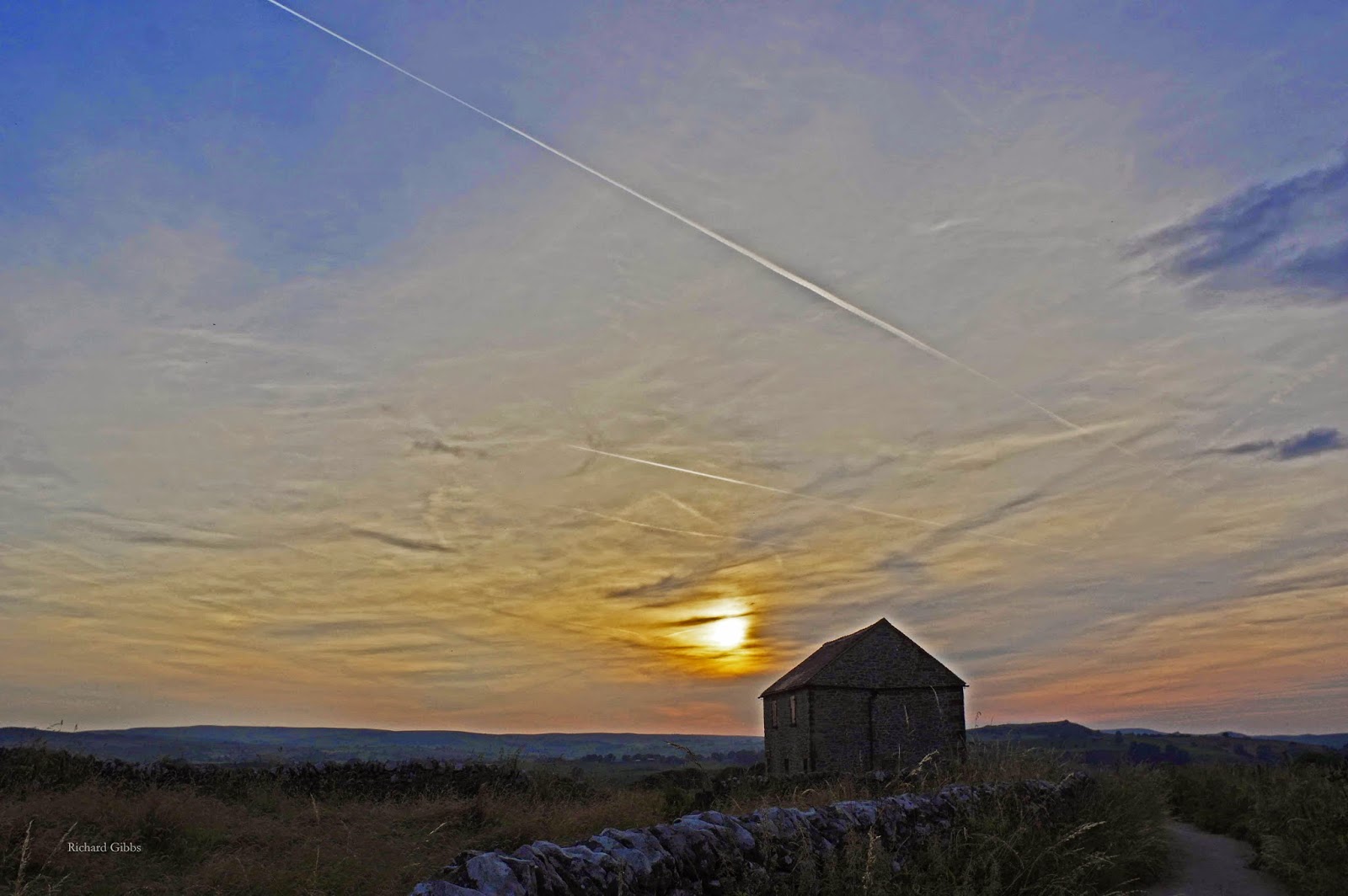 
I get all me pleasure the hard moorland way,
I may be a wage slave on Monday,
But I am a free man on Sunday.