I am in the Berkeley Arms, at Purton, musing on the fortunes of such a family before stopping to visit their ancestral home, Berkeley Castle.  The Severn drifts past, bored and listless, doing its best to keep the Welsh at bay. Over there, in the misty north-west, Edward II was born in (the then incomplete) Caernarvon Castle, in 1294, the first Prince of Wales, a post politically created by his ambitious father.  The boy saw little of his parents -  he was the youngest of at least fourteen children, most of whom died prematurely; his mother died when he was six, and his father was frequently abroad or at war.....

It will not be my first visit to this well-preserved castle - I remember the horror when I first saw the dank hole in which they told me King Edward the Second of England had been imprisoned.  I was small, and no one went into details.  I couldn't really handle that much information, but my imagination was seared by the idea of such brutal incarceration.

It was not until much later, perhaps when studying Marlowe, that I learned some detail of how the King was supposed to have been despatched - though even then it was the thought of such ugly pain that hit me, not the potential symbolism of it.

Only later, possibly seeing Derek Jarman's film, did I begin to understand some of the insinuation that has been woven into the tale, though was that interpretation fair to the maligned king?  And was Marlowe exploring something of his own inner demon?  There is no evidence of sexual relations between Edward and Piers Gaveston, though the two were indeed as close as brothers.

On November 1st, 1307, not long after the death of Edward's father (King Edward I) Piers Gaveston married Margaret de Clare, the Countess of Gloucester and Edward's niece.  Edward was at the time residing at King's Langley (where he spent a considerable part of his youth) and he attended the wedding in Berkhamsted Castle. On January 25th, 1308, Edward married the barely 13 year old Isabella, daughter of Philip IV, King of France at Boulogne. They had four children, including the future Edward III, who was born at Windsor in 1312.

The trouble was that Edward was not really bothered about being a good king, and he allowed Gaveston, and later Hugh Despenser the Younger, too much influence.  As Holinshed recorded in 1587 in The Chronicles of England:  having revoked againe into England his old mate Peers de Gaveston, he received him into most high favour, creating him the earle of Cornewall, and lord of Man, his principall secretarie, and lord chamberlaine of the realme, through whose companie and societie he was suddenlie so corrupted, that he burst out into most heinous vices...... so that within a while, he gave himself to wantonnes, passing his time in voluptuous pleasure, and riotous excesse.  I am not sure where Holinshed got his evidence from, but he goes into some detail of the degradation under the influence of Gaveston: who furnished his court with companies of jesters, ruffians, flattering parasites, musicians, and other viles and naughtie ribalds, that the king might spend both daies and nights in jesting, plaieng, banketing, and in such other filthie and dishonourable exercises......

So it is not really surprising that all sorts of lords joined together and eliminated Gaveston (in 1312), which didn't go down very well with Edward.  Things got worse, and so, with the connivance of his wife (who had, in 1325, fallen for Roger Mortimer of Wigmore) Edward himself was caught, with Despenser, in Wales, and brought to Kenilworth where he was kept until he was forcibly deposed on January 20th, 1327, his son Edward being proclaimed guardian of the realm and crowned king on February 1st.

Following real and/or supposed plots to free the now embarrassing ex-king, Edward was transferred to the custody of the Berkeley family, but, despite their care, he was said to have died on September 21st. Edward's embalmed and unrecognisable body was carried to Gloucester for public display on 22nd October, and on 20th December he was buried in St Peter's Abbey, in the presence of his son and widow. In later years Edward III erected a splendid tomb in his father's memory.

Marlowe, probably relying on Holinshed, has it that Mortimer fears that unless Edward is disposed of, he will go down.  Apparently the bishop of Hereford .... signified .... that they should dispatch him out of the waie.... Edwardum occidere nolite timere bonum est: (To kill Edward will not to feare it is good.)  Although Marlowe makes play with the unpunctuated ambiguity of this instruction, the murder is planned.

And so Lightborn commands a spit, and let it be red-hot, and a table and a feather bed, from his accomplices Matrevis and Gurney, and between them they assault Edward, who screams and dies.....

You cannot hear the scream today:  Lightborn is immediately silenced, Gurney and Matrevis disappear, and Mortimer is tried and executed. Now the castle is clean and smart, the blood and smoke and steaming entrails have long since dried and been erased.


There is, however, a faint chill about the place. The contrast between the refined and perfectly presented spaces within the fortified palace and the story of a clearly inept ruler cannot but be compared with stories from our more recent histories. Feed Romanian Dictator Nicolae and Elena Ceausescu, or Muammar Gaddafi, or even George Bush into your search engine and see what you get?  Holinshed refers to the way Gaveston was erased:  at length an ancient grave man amongst them exhorted them to use the occasion now offered, and not let slip the meane to deliver the realme of such a dangerous person, that had wrought so much mischeefe..... And thus persuaded by his words, they caused him streitwaies to be brought foorth to a place called Blackelow, otherwise named by most writers, Gaverslieheath, where he had his head smitten from his shoulders, the twentith day of June being tuesdaie.....  This echoes across the ages.  Dr David Kelly, anybody? Alexander Litvinenko?


However.  Sometimes the truth is hard to find.

Another death awaited the sorry Edward. An alternative story about the murder attempt at Berkeley is well supported.

Edward was wary.  He was expecting to be rescued but apprehensive about his captors.  At a certain point around September 20th someone visited him in Berkeley, causing him concern.  He managed to change clothes with a servant and kill the gate-keeper, and escape (think Toad).  He made his way first to Corfe Castle and then to Dover.....

And thence to Italy.

In the meantime, concerned about the political difficulty of a deposed king at large, the authorities (aka MI5/6/CIA/etc) advised that it was best to bury Caesar....  So the unfortunate victim of Edward's escape was disfigured and embalmed and carried to Gloucester and given the necessary rites to bury a problem.  A wooden effigy was paraded through the streets and then interred.  Where he (who?) was entombed....

In the meantime, a dispirited, frightened ex-monarch with temporary low self-esteem (think Toad initially imprisoned) is on the packet boat to the continent. A slight change in appearance and who would know you were a king? 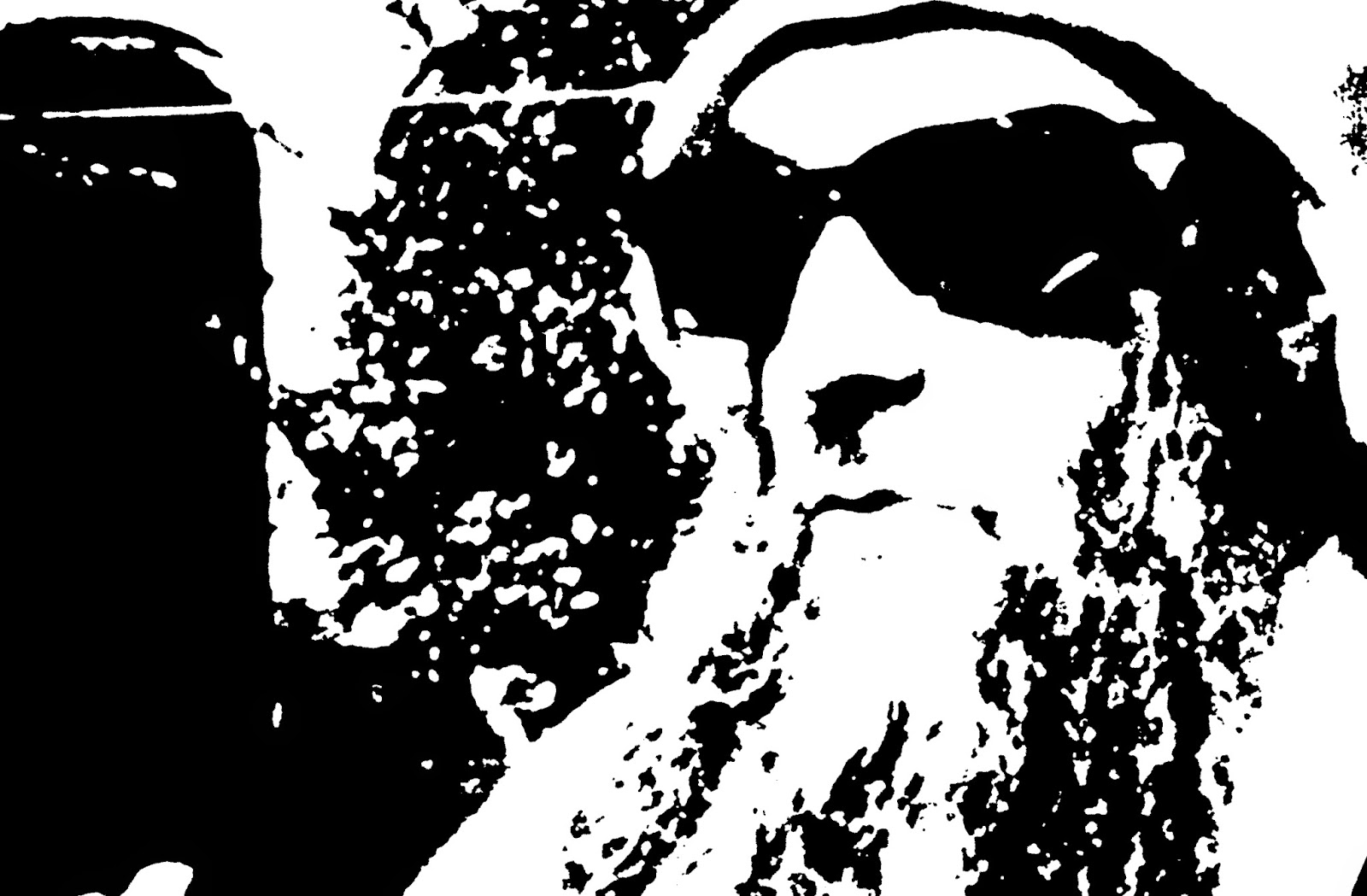 And so, apparently, he made his way to the Sacro Eremo di Sant'Alberto di Butrio, a hermitage in the high woods of the Val di Nizza, in northern Italy some fifty-five miles south of Milan, or a hundred miles south-east of Turin.

Within the confines of this remote, and unprepossessing, hermitage there is a tomb which is labelled as that of Edoardo II, Re d'Inghilterra. With no fanfare or extremes of sequins, the story is that the king was given hospitality by the monks when on his way to Rome.  Il suo corpo fu poi traslato dal figlio a Gloucester.... (The corpse was later taken back to Gloucester by his son....)


The story may seem far-fetched, but it has legs (as they say).  In March of 1330, Edward's half-brother, Edmund, earl of Kent, was executed for plotting to restore the late king.  And then, in 1337, a letter was written by Manuele Fieschi, a Genoese priest at Avignon, to Edward III. Fieschi was a papal notary and a member of a respected family; he later became Bishop of Vercelli. The letter claimed that Edward had not been murdered in Berkeley but had made his way to Europe, via the Pope in Avignon, and ended his days near Cecima in the diocese of Pavia (possibly not at the Sacro Eremo.... but nearby).

The letter was discovered at Montpelier in 1878 and has been proved to be authentic (though whether the claims within are true is another matter). Perhaps Fieschi sought improvement and therefore had motivation for invention. But then why make this elaborate tale up?  Perhaps this really happened?

Anyway, in the Arms of the Berkeleys, gazing out towards the mysteries of Wales, I cannot help but empathise with the outcast king.  However bad a ruler he was, to have had everything and then to fall so fast and hard is the stuff of tragedy. Whether he died in the most ignominious way, at the hands of a faceless hitman, or of natural causes in the remoteness of Italian monasticism, his fate was an unenviable one.

And have we learned anything? 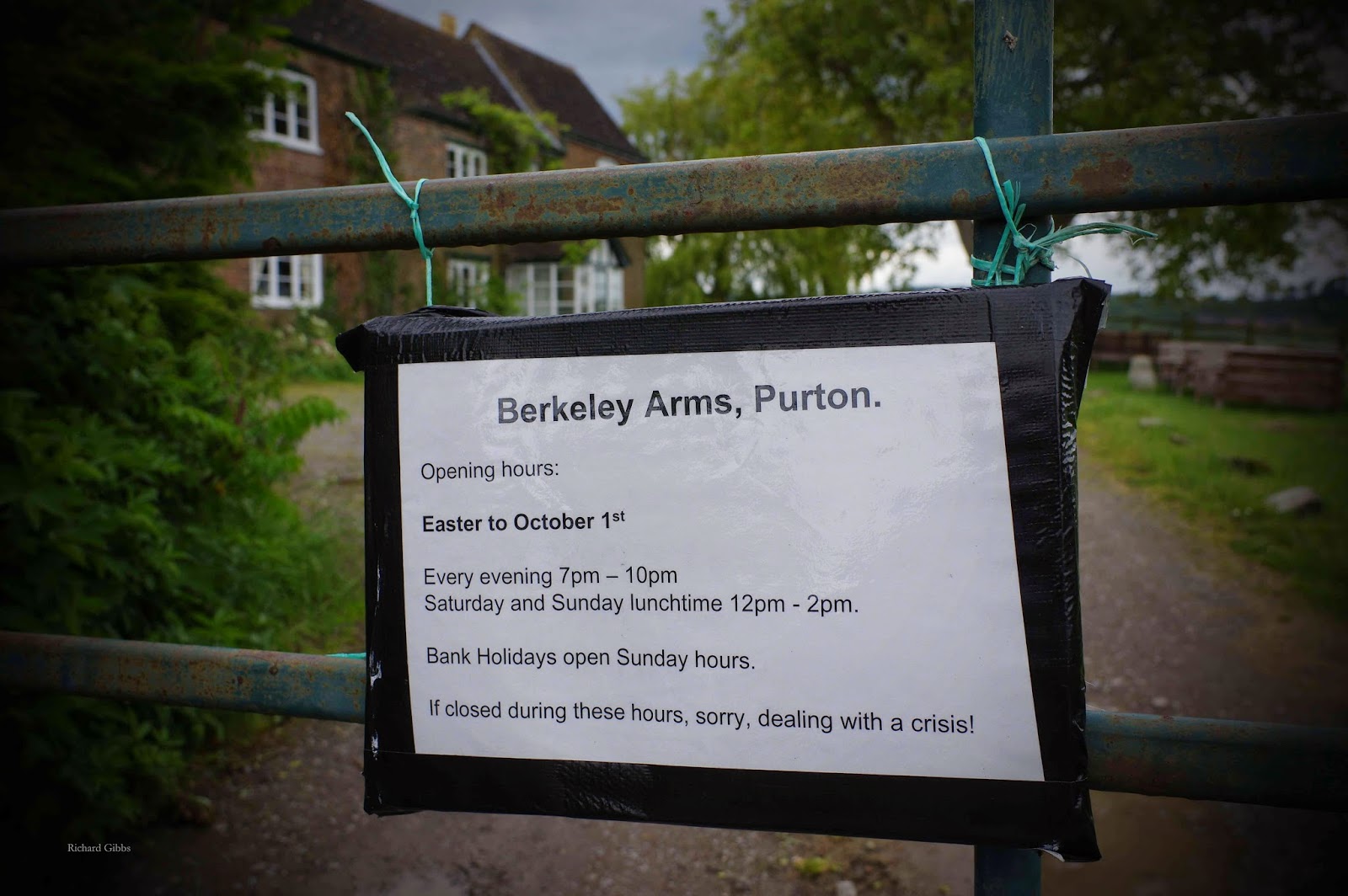 Farewell.  I know the next news that they bring
Will be my death; and welcome it shall be:
To wretched men death is felicity.