A Walk in the Park

Yea, though I walk in death's dark vale,
Yet will I fear none ill..... 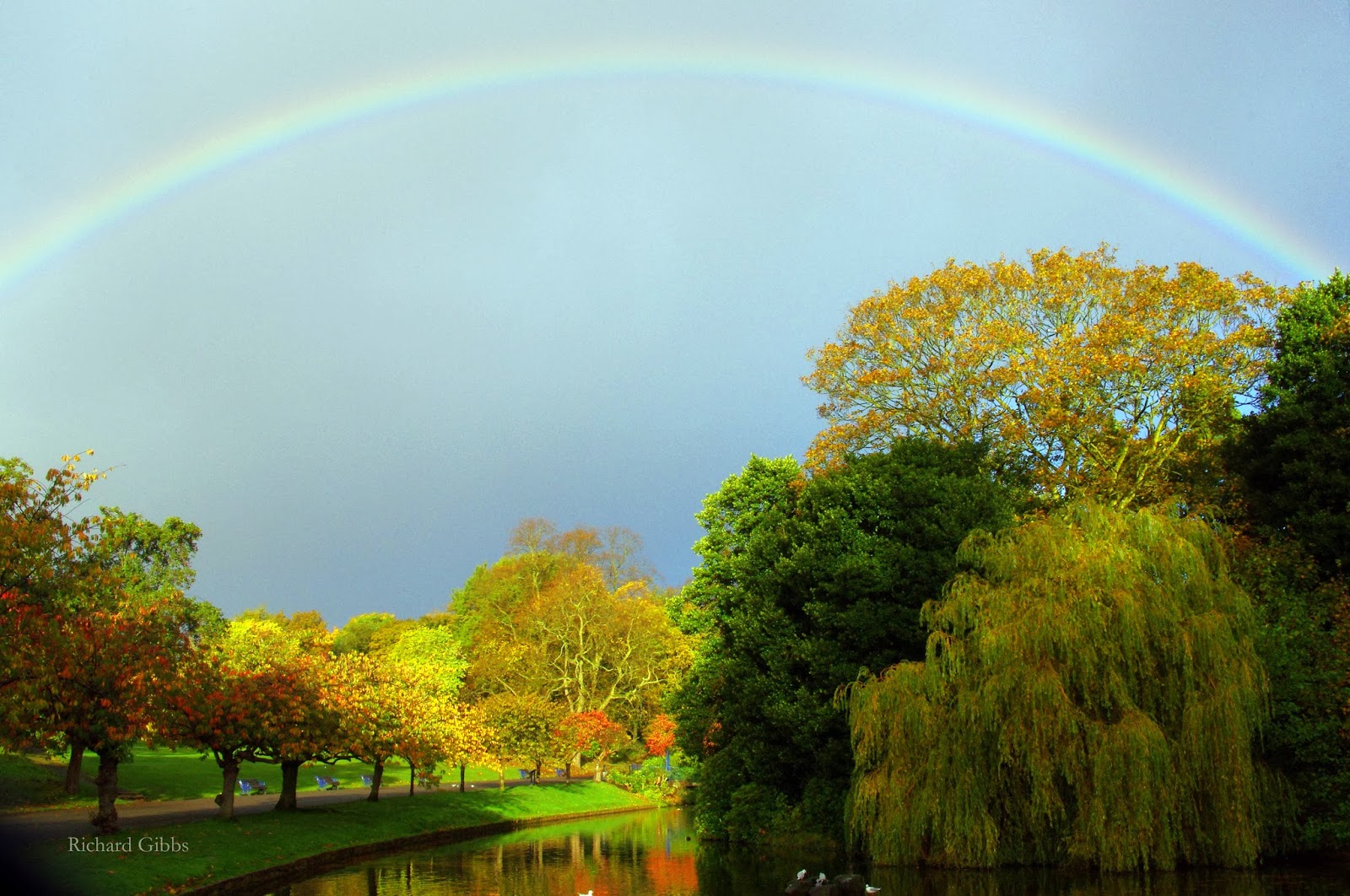 ﻿
It's first light in Liverpool.  I am here to help my daughter move, but she is immobile, stretched out on the sofa, and looking like another couple of hours is needed.  I said I might be up early, and she said the Park was nice...... 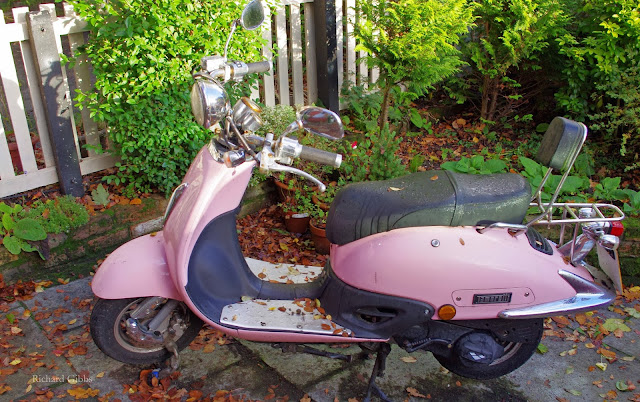 So, despite a fleeting urge to steal the pink Chinese Vespa outside the flat, I head for nearby Sefton Park, to sample the delights of the city autumn. 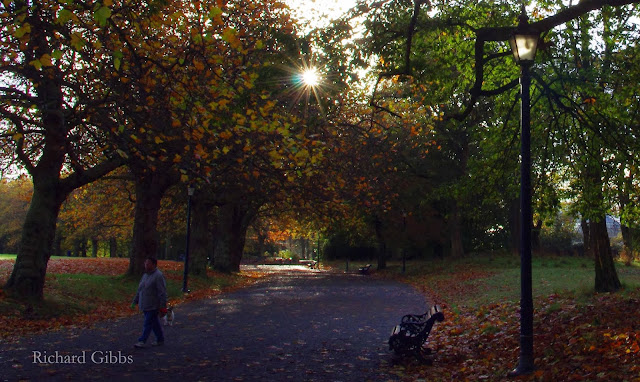 And it is great to be on foot, without traffic, with sunlight uninhibited by buildings, streaming through the dying leaves.  The birds are up, the air is sweet with decay, and there is an atmosphere of tranquillity that inspires a sense of well-being. 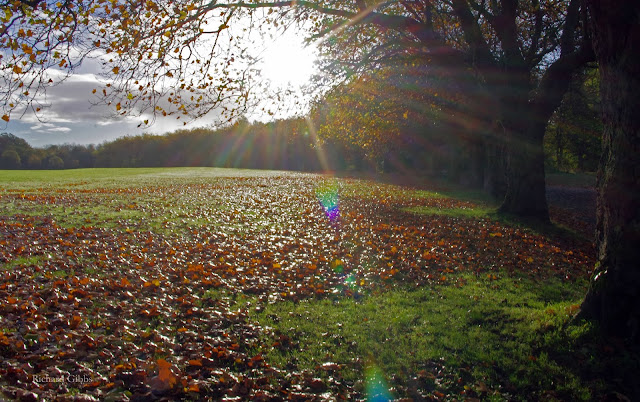 Public Parks are relatively recent institutions, with the first use of that idea appearing in 1661.  The word park is very old, of Germanic origin (pfarrih meaning a pen or fold), and coming to us through Old English (pearruc).  The concept was of an enclosure, held by royal grant, for beasts of the chase, as opposed to an unlimited forest (or chase).  So we get to the notion of a large ornamental piece of ground, usually attached to a country house or mansion, and being used for hunting or recreation of some kind.  And thus to the public idea, when cities increased in size and confusion, with no space for the populace to take the air.  Sefton Park, in Liverpool, is no exception, as it was originally part of (the 2,300 acre) Toxteth Deer Park.  Then in the 1860s, the City Council managed to purchase 110 hectares (235 acres in alternatively incomprehensible land measurements) from the Earl of Sefton (for a quarter of a million quid - then) to exercise the hoi polloi.  Yea!  200 years ago or so the average life expectancy within a conurbation such as Toxteth was 32 years.  So it made good economic sense to look after the work force.

In November 1866 the Council issued a brief for a competition to design the park.  First prize 300 guineas.  French landscape wiz Edouard Andre (Gardener in Chief for Paris) and his chum Lewis Hornblower (local architect) won the comp with a design planned to cost £85K.  Guess what?  By the time Prince Arthur got to open the park in 1872 (dedicating it to the health and enjoyment of its townspeople), the budget had risen to £147K.  Is nothing new? 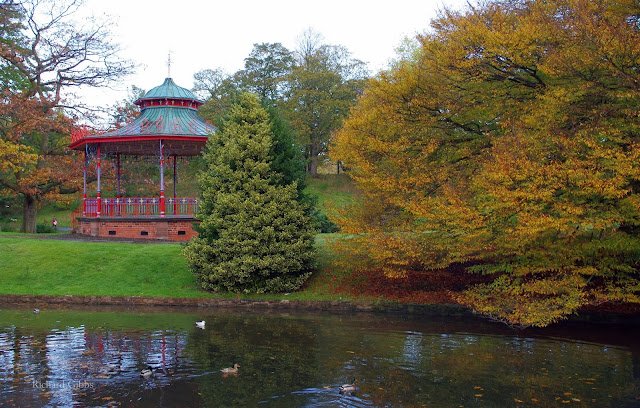 Anyways, they did a grand job.  No kidding.  The bandstand (purported to have been the inspiration for Sgt Pepper's Lonely Hearts Club Band....) on its island; the boating lake; the statue of Eros (a copy of Sir Alfred Gilbert's statue in Piccadilly Circus - actually of Anteros, one of Eros's brothers).  This figure, now a replacement made of aluminium, is the subject of the Shaftesbury Memorial, where the winged boy symbolises the selfless philanthropic love of the (7th) Earl of Shaftesbury (famous for his work to abolish slavery) for the poor.  Within the park there is also a copy of the Peter Pan statue (in Kensington Gardens), as well as monuments to Christopher Columbus and Highland Mary, the betrothed of Robert Burns. 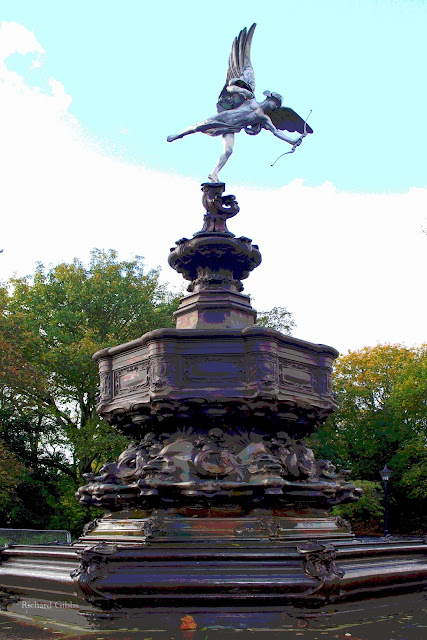 So, here I was.  The bauxite bow of (Ant)eros missing me by a mile, but the greetings of fellow walkers, with or without dogs, bringing a cheer to my aluminium aorta.  A rainbow crowns the scene, and the autumn colours ginger life up a bit.  The via vai of early morning people, minding their own business, attending to their fourpaw companions, or just chatting their way through a shared cigarette, is like a gentle infusion of adrenalin. 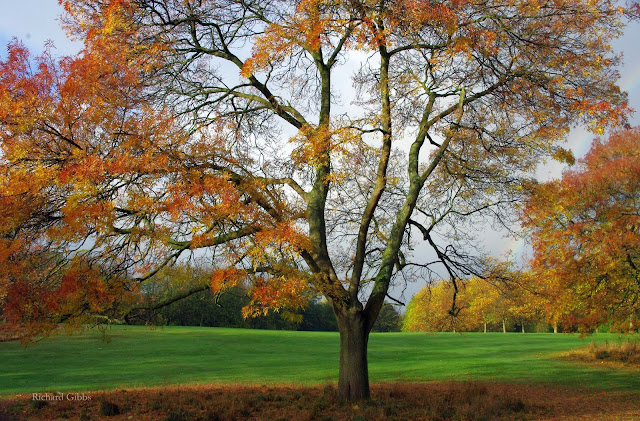 Raindrops shiver me back to James Litherland's wah-wah solo on Walking in the Park on Colosseum's 1969 album Those who are about to die salute you. Jon Hiseman, Dick Heckstall-Smith RIP. Remembrances of a night in Wood Green..... There's something retro-hip about this particular Park. Every great city has at least one - Central Park in New York; the Tuileries in Paris;  the Villa Borghese in Rome;  the Buen Retiro in Madrid; the Royal Parks in London, or even the Embankment Gardens, so much enjoyed on hot summer lunchtimes......  An opportunity for space is so important.  The countryside is far away; there are no gardens for flat dwellers; allotments in cities are as sought after as the Hanging Gardens of Babylon..... 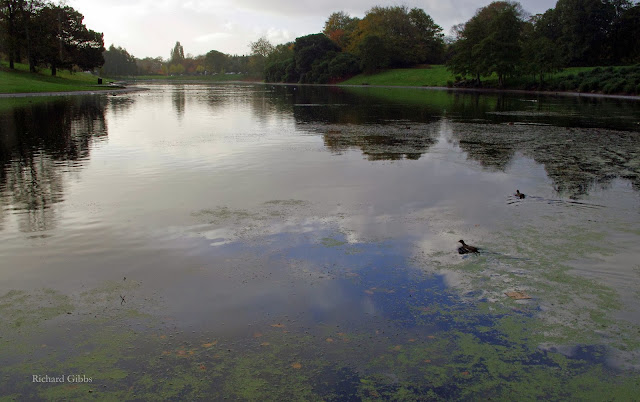 So, with the waterfowl skimming across the reflections of a cloudy blue sky, I turn back.  Cycling is promoted here, as a cast milepost tells me: 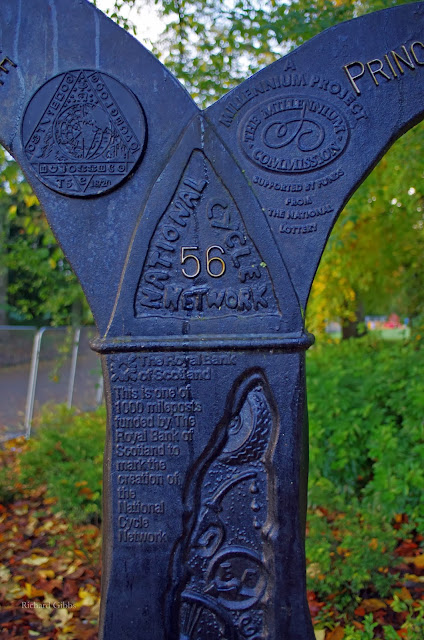 Though one young man has a different way of interpreting the idea of playground:

For me, to sit on a bench and watch the birds would be ideal, but inclement weather is promising, so I'll not tarry long.  Walking in the Park is an active, not a passive occupation.  I wonder where my Tamoretti is now? 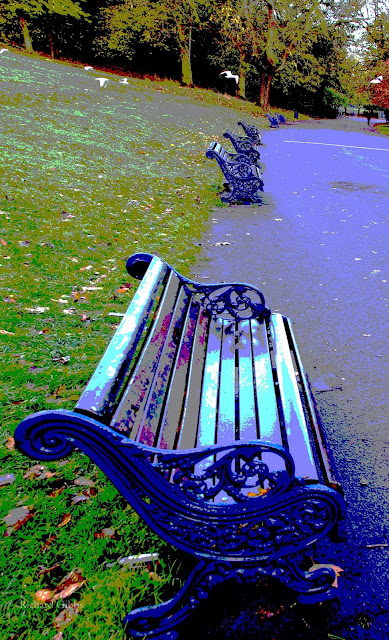 I am tempted by the opening of the Café, once known as the Aviary Café, whose primary colours are perhaps a reflection of my lack of caffeine, but the chairs and tables are only just coming out, and I cannot yet sniff the Arabica in the air. 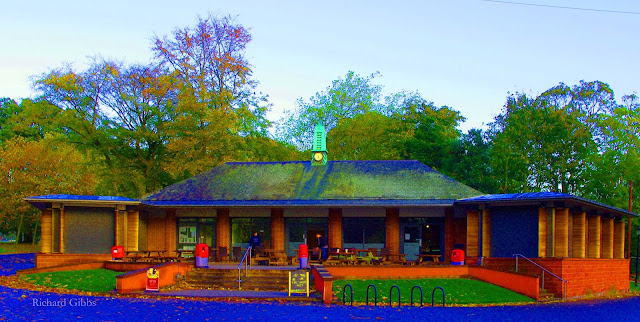 And I know that I am only steps away from Lark Lane, where Keith's, or The Moon and Pea (with celebrity chef Sarah G) might cater for me later, so I saunter on..... 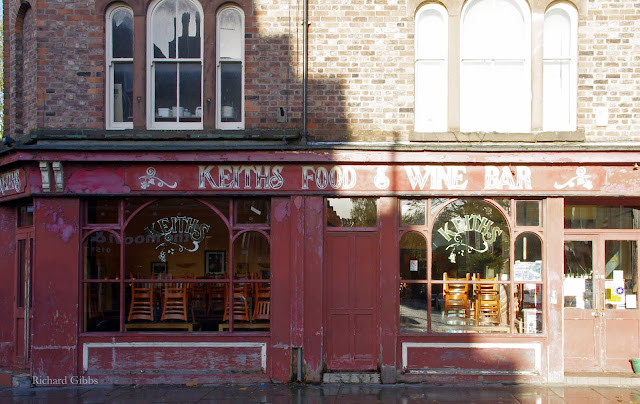 But on my way my eye is caught by various notices, attached to lamp-posts and railings.  At first I think that Sefton itself is in peril, but realise that that might be a step too far.  Instead, what is at stake is a piece of land next to the park, which the Liverpool City Council want to sell for building development. This follows cutbacks to council funding and, from the point of view of a nicely dressed economist, with no social conscience nor long-term vision, makes perfect sense.
But I am reminded of the gentle condemnation of the late Margaret Thatcher's privatisation policies by the even later Harold Macmillan, in which he deplored the selling off of the family silver.  Open spaces, where children can play, and ordinary people can move around safely and freely, are vitally important to the well-being of society.  It was at great expense and with considerable foresight that Sefton Park was created for the public.  Some will argue that Sefton Park Meadows are an expendable extra, and that the Park itself will still be there, but chip away at these spaces and pretty soon there will be little left, and, with no benefit to the disadvantaged majority, the material profits will have been happily trousered by some unnecessary few. 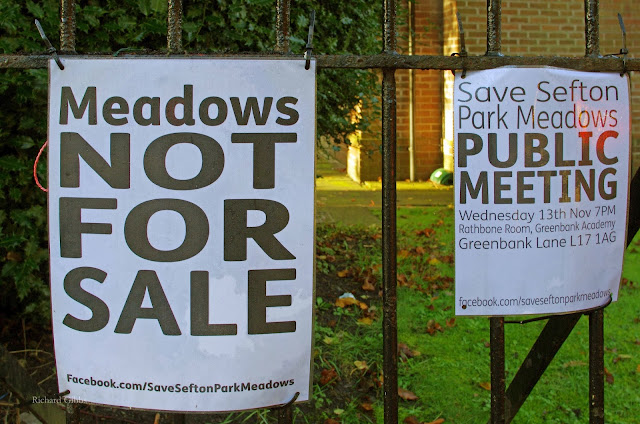 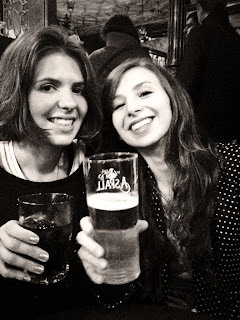 Goodness and mercy all my life
Shall surely follow me,
And in God's house for evermore
My dwelling-place shall be.
http://saveseftonparkmeadows.org/