Walking back to Happiness 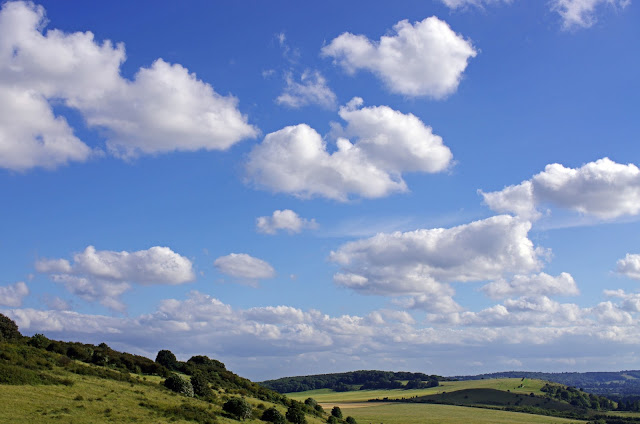 
Said goodbye to loneliness, woopah oh yeah yeah
I never knew I'd miss you
Now I know what I must do
Walking back to happiness
I shared with you
(Yay, yay, yay, yay ba dum be do)

Helen Shapiro spent three weeks at number one with this song (and nineteen weeks in the charts) in 1961.  It was released on September 29th, the day after her fifteen birthday.  It has a catchy tune, and I can still hear it in my head.  When I set off from Stonehenge early on the 7th September this year it will be my theme tune.

On this day I will be attempting to walk from the megaliths of Stonehenge to the monoliths of Avebury, a distance of 26 miles across Salisbury plain. The purpose of this is to raise money for Alzheimer's Society, which is the leading support and research charity for people with dementia, their families and carers.  There are 800,000 people with dementia in the UK, with numbers set to rise to one million by 2021; and one of these is my mother. 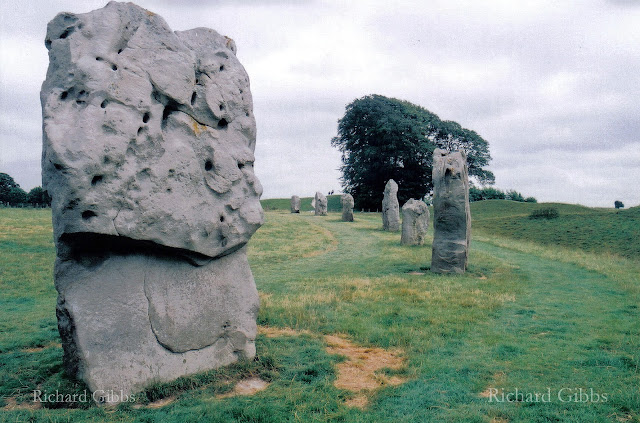 To be honest, however, I am also doing this walk to prove I still can, and because I have always loved walking.  I don't very clearly remember my first steps (is this a sign of dementia?) but I do remember walking up to the Farlington Redoubt (demolished in 1961), one of Lord Palmerston's ring of forts built to defend against a French invasion.  We (my parents, my brother and I) used to walk up there on summer Sundays, picking cornflowers and chasing small copper and common blue butterflies.  The sense of freedom and space, with the views down across Portsmouth and out to sea, sticks with me, even though I was only three or four at the time. 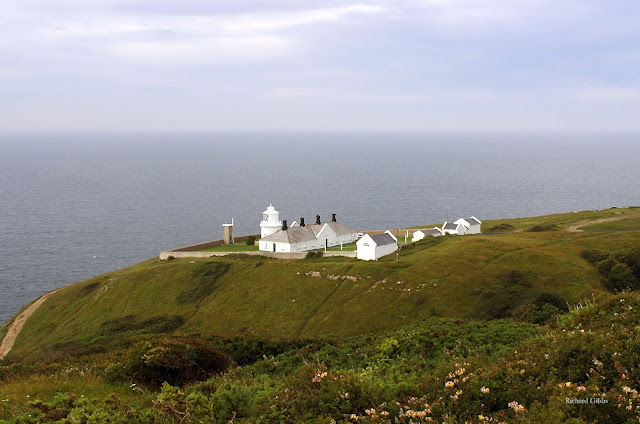 So one of the glories of these British Isles that I will never tire of is the coast, and long coastal paths are great ways to lose the urban blues, or to refresh the work-dulled spirit.  Whether it is the rocky promontories and inlets of the South West Coast Path National Trail, 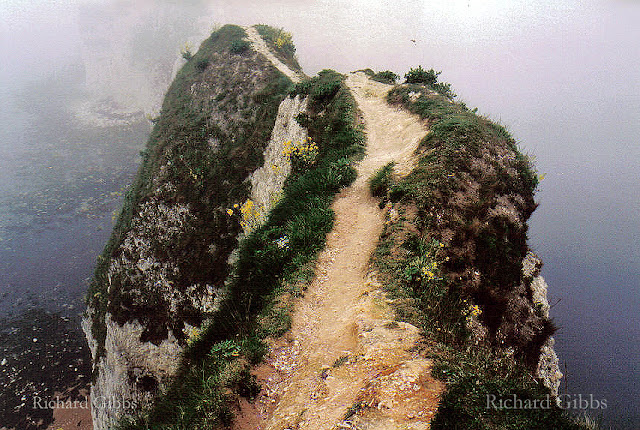 or the gentler shores of the Norfolk Coast Path, 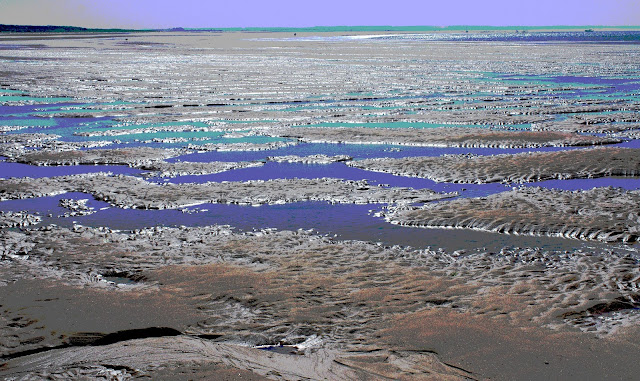 or the blowy dunes of St Oswald's Way in Northumberland, 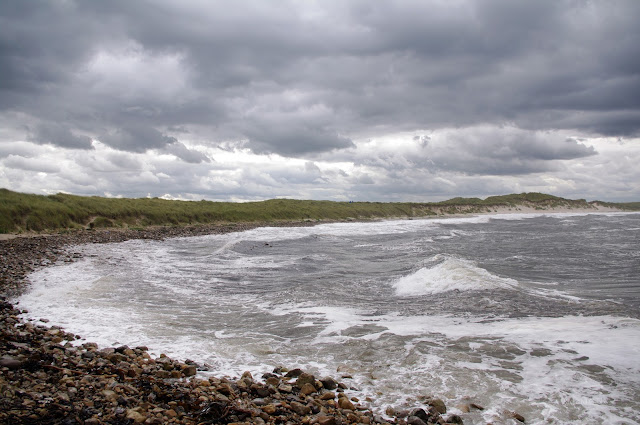 it is hard to better the variety of scenery, the wildlife and the fresh air that is there for free. 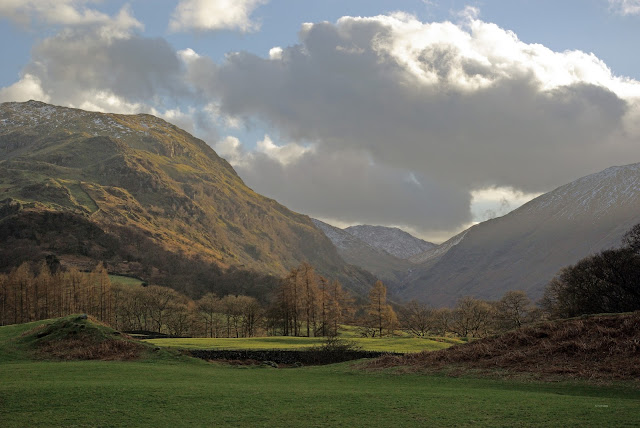 The Lake District is also wonderful for walking.  It is not a vast area, but the juxtaposition of crag and lake, of fell and pass, gives it a mysterious and luminous variety, which despite its popularity and the fact that you can queue to get into it, allows for an infinite range of ways to lose yourself.  I lived close to the Lakes for four years, and have also visited Cumbria on other occasions with family and without, and, whatever the weather, always feel a thrill in getting off the beaten tracks. 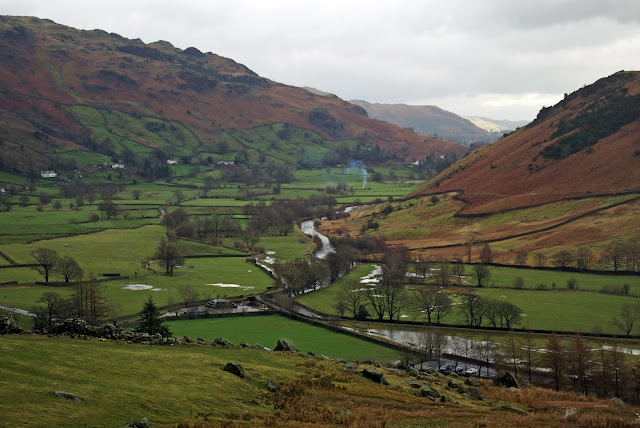 But there are so many different opportunities. It does not have to be a designated national trail, nor a long distance path. A visit to the Peak District makes you desperate to get out of the car. 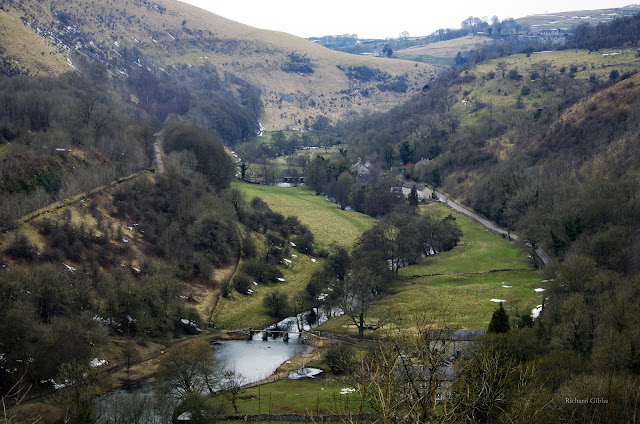 Essex will have you slithering about in tidal estuaries, birdwatching and breathing quietly.

The Wye valley, with Tintern Abbey, is somewhere the Romantics put on the map, and where you can now walk comfortably along the railway bed that used to bring poets here. 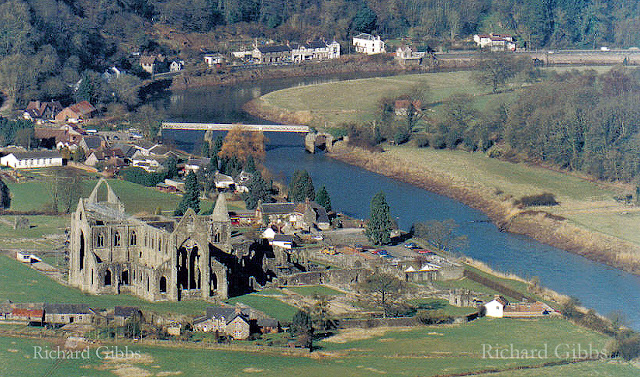 Whatever the season, the Yorkshire Dales have hidden vales and watercourses. Again, there may be crowds, but you don't need to be Henry the Navigator to follow a footpath sign and lose the mob. 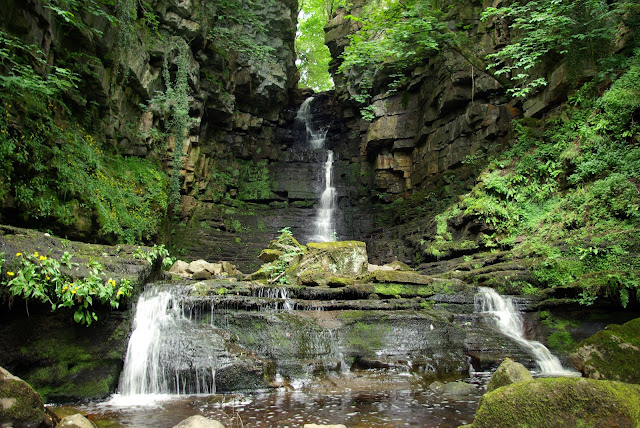 And in so many parts of the country, it is possible to combine a decent walk with a decent pub.  In some respects this is not as easy as it was, as pubs are dying at an alarming rate, but it does sometimes mean that with a little research you can focus a walk on a really fine old pub, which will cater for food and drink, and even perhaps provide a room for the night.  This one below is tucked away in the Cotswolds, but I am not going to reveal its whereabouts for fear of not getting a seat next time I visit! 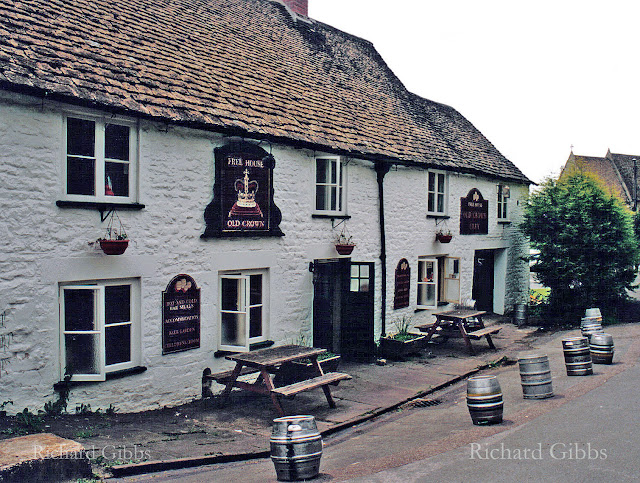 Walking is not only exercise for the body but also a way of detoxing the mind.  With the rhythmic fall of your footsteps the imagination begins to rove through possible ways of seeing, and different ways of interpreting. The ordinary becomes extraordinary, and colours that from a car may be dull become vivid and fresh. 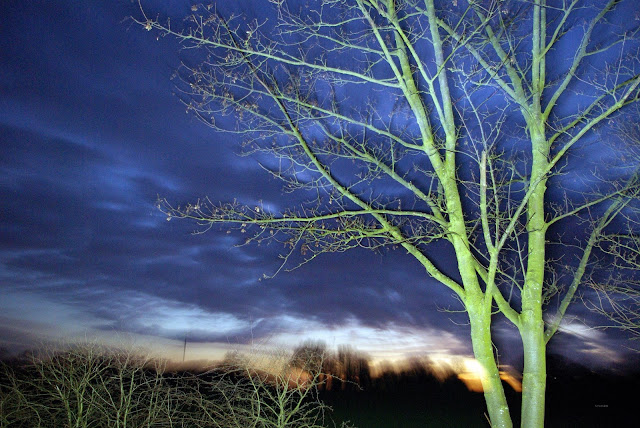 The waysides, heaths and woods you pass through become an intimate part of your sensory world, rather than a backdrop to some other activity. Heathers may be humming with bees, or perhaps may shelter a snake. 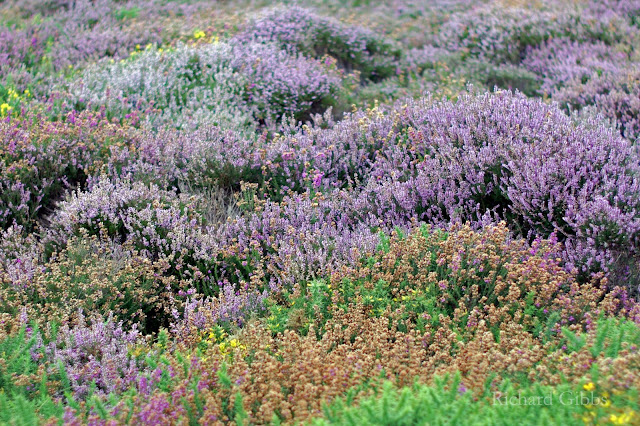 And it is not only in the summer months that plants are at their best. Frosty days in Autumn or Spring can surprise you with delights you may not have expected. 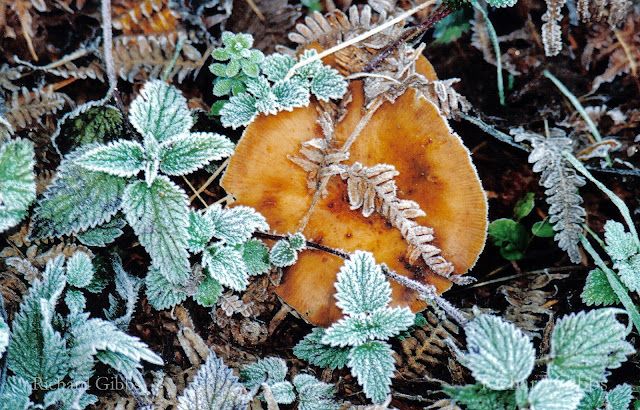 And the larger views of the landscape sometimes delight even in the depths of winter, when being at home indoors you would miss the silhouettes of trees against an early sunset. 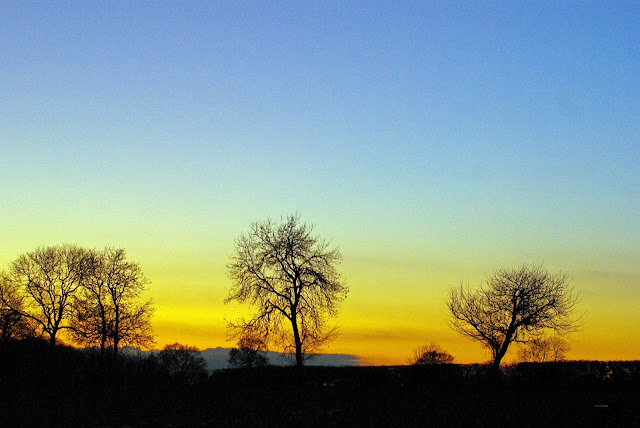 When I was young, an old old man (Uncle Frank, my cousins' dear grandfather) used to tell me how he walked from our town (Berkhamsted) to another (Harpenden), some fifteen miles away. I was struck by the achievement but determined to better it one day. And so I did, eventually, walking on a number of occasions to and from a town (Stevenage) some twice the distance away where my brother was living. I have since done The Ridgeway, some eighty miles, but over five days. Most recently I have walked the old man's route from town to town, to visit my ailing father before his death, and to stalk some deer in Ashridge on the way. 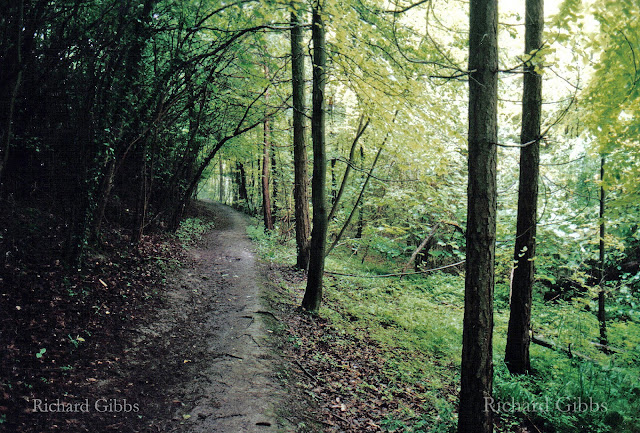 However I am older and never was much of a one for fitness regimes. On long walks, like the Ridgeway, I have suffered from sodden feet which then became awfully stiff and sore, as well as from heat exhaustion and aching tiredness. 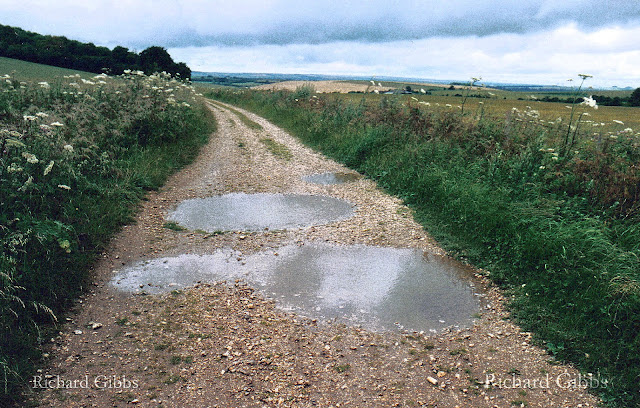 I am going to endeavour to prepare for this, but am scared by facebook entries from others taking the challenge, who are already doing five or ten miles a day, and planning twenty milers as part of the warmup. 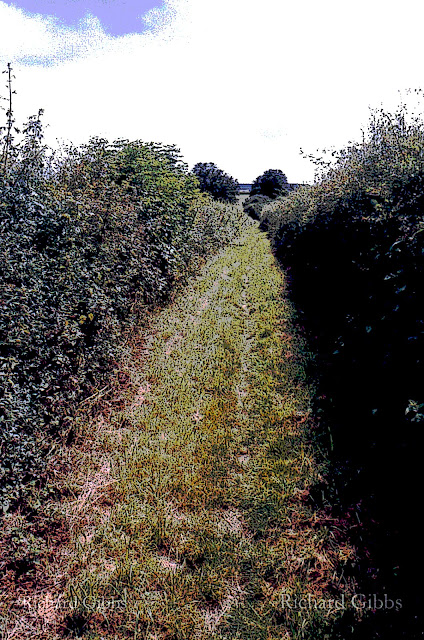 I will be all right. It is not a race, and September is not the cruellest month. My determination to honour those who sponsor me, and to raise the cash for this worthy cause, will spur me on. 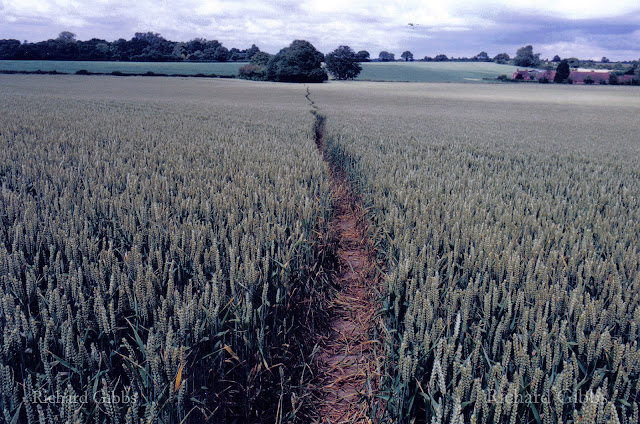 And the chance to walk through some of the training zones on Salisbury Plain will make it interesting too. No stopping places, no distracting pubs, just miles and miles of unexploded ordnance to keep me on my toes! 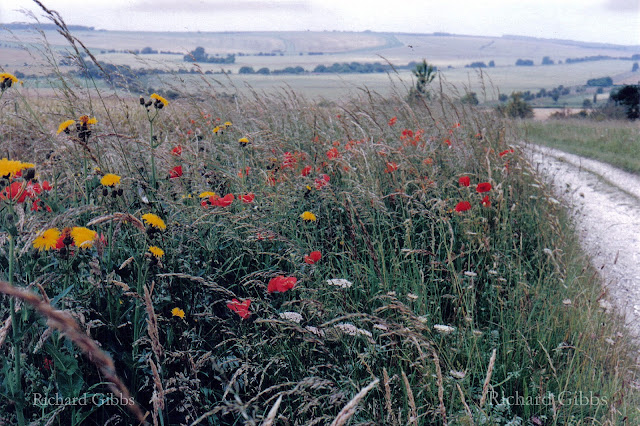 Another aspect of long walks is that they touch on ancient ways, where our ancestors routinely drove their livestock, or walked to markets or to shrines. The Ridgeway, which begins at Ivinghoe Beacon and ends at Avebury, passes right by this burial chamber, known as Wayland's Smithy. 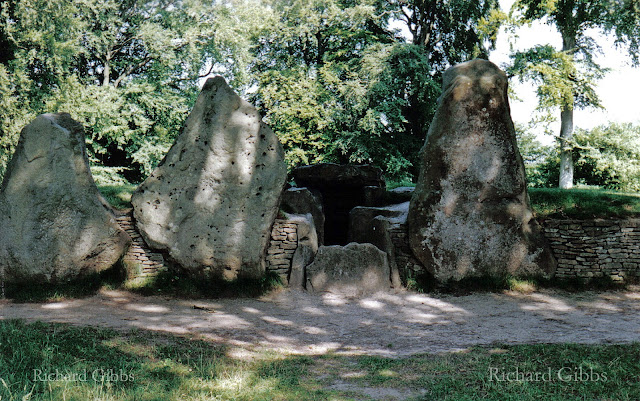 And further on it touches the slopes of prehistoric fortresses, whose ridges still will not melt away.  There is a timeless quality about these landscapes, and there is something in the genetic memory of our species, perhaps not totally erased by age and dementia, which raises an empathy as you pass. 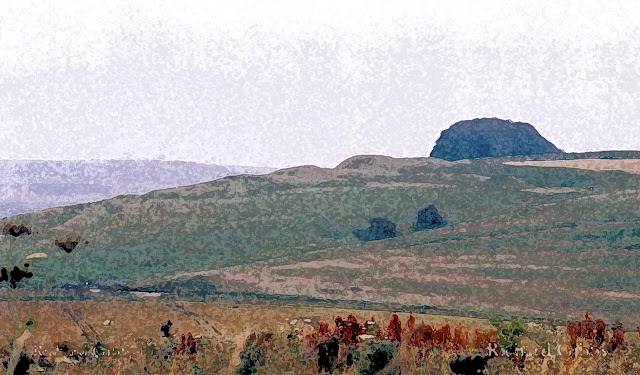 But ultimately, we will all dissolve into forgetfulness and oblivion, or ascend into the cloudless sky to achieve foreverness. And our footfalls will be as past as past can be. In the meantime, however, in order to preserve some quality of life, Alzheimer's Society is doing what it can for sufferers, and I will be walking to try and bring a little happiness back into my mother's life. 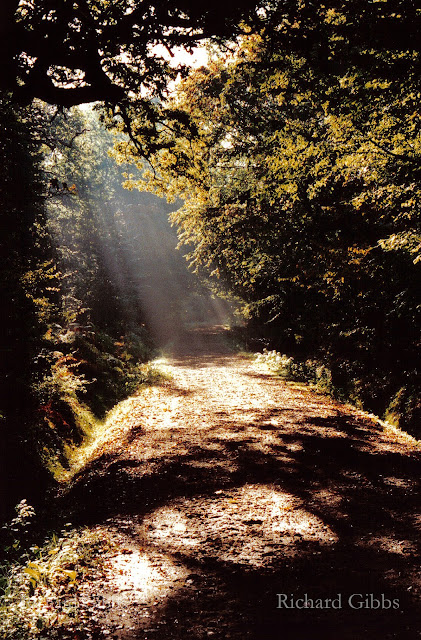 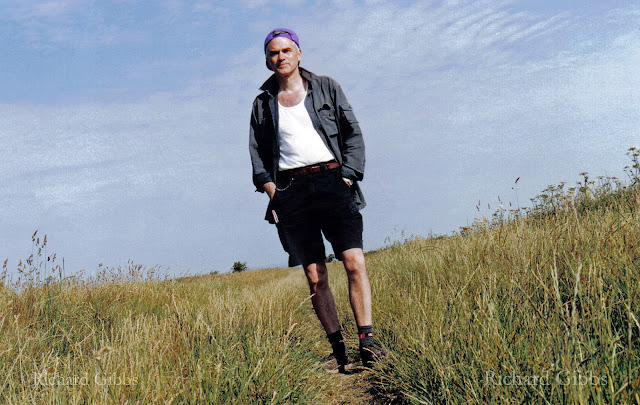