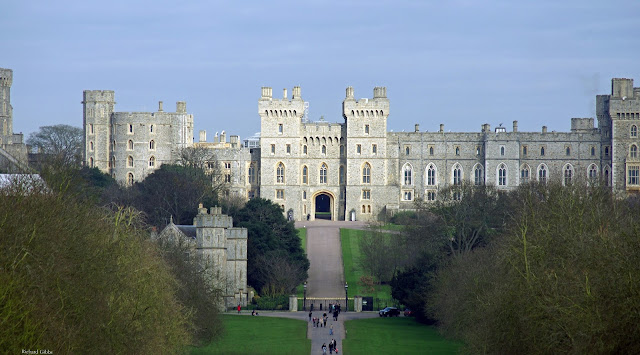 One summer, many years ago, I was a guide in Dunrobin Castle, ancestral home of the Dukes (and then the Countess) of Sutherland. My job was to sit in a window seat of the grand drawing room and to make sure no one touched the displays, which included vast Canaletto paintings of the Doge's Palace and Mortlake Tapestries, as well as priceless furniture and objets d'art. The flow of visitors was steady, and some would stop to ask a question or two. One day I remember two couples from Yorkshire came through, and, at the risk of stereotyping, I can still see one of the men before me now. He was tall, late middle aged, with thinning grey hair and a red face. His brown corduroy trousers were held up by golden braces over a check shirt finished off with a woollen tie. He looked around, with something like ecstasy, surveyed the gardens below the window, laid out on the model of Versailles, breathed deeply, clutched his braces, and sighed, "EEEE, th' very atmosphere gives ee Kulchur!"


In more recent times I lived quite near Windsor for some years, and recently had reason to return. By chance, one of the grand dames of belles lettres had just been misinterpreted in a speech she delivered for the London Review of Books at the British Museum (on February 4th) and a twitrumpus had broken out about how she dared attack a member of the monarchial family.... As has now been widely discussed the Prime Minister clearly had not read the speech and other commentators had leapt to "defend" Kate Middleton/Cambridge without seeing that Ms Mantel was pointing out the dangers of misrepresentation in the press, and in history, of women in royal marriages.

Anyway, having been stirred to consider the effect of royalty on our insignificant lives, I wandered the precincts of the castle at Windsor, ventured across the river to peer into the hallowed courts of Eton College, and then walked the distance through the Great Park, admiring the ring-necked parakeets in the ancient oaks of this royal hunting ground.

The four thousand eight hundred acre park is wonderfully varied, from the horticultural pleasures of The Savill Garden, on the East side of the park, near Englefield Green; through the neatly clipped polo pitches past Smith's Lawn; to the rhododendrons and azaleas of the Valley Gardens; 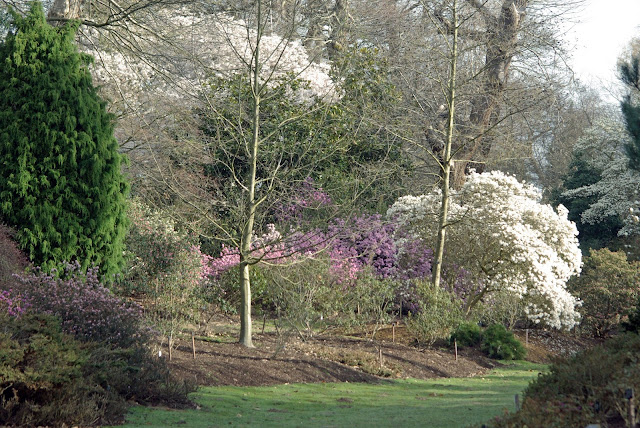 along the shores of Virginia Water, 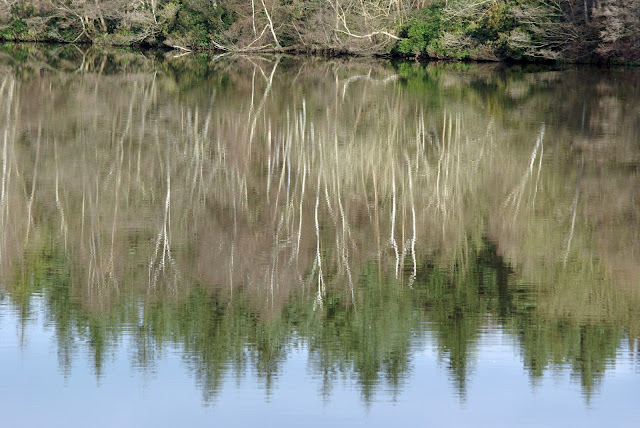 past the ruined Roman colonnade of Leptis Magna (which George IV had imported); to the Village (built in the 1930s to house estate workers), where you can buy ice creams in the Post Office; across the A332 into the relative wilds of Cranbourne Chase; 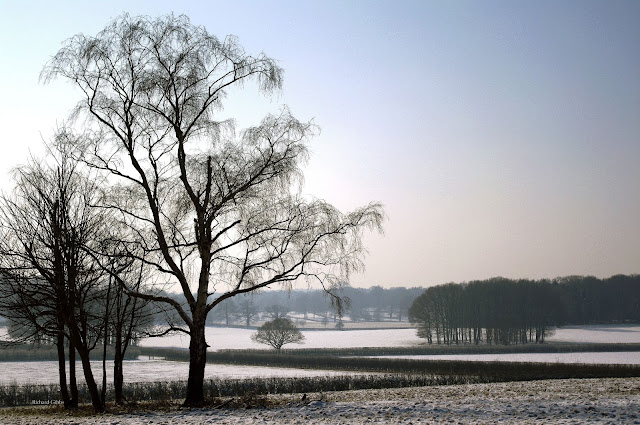 then back up to the peak of Snow Hill with its equestrian statue of George III modelled by Sir Richard Westmacott as Marcus Aurelius (though said to emulate Étienne-Maurice Falconet's late eighteenth-century statue of Peter the Great in Decembrists Square, St Petersburg).

This statue, known as The Copper Horse, dominates the two and a half mile view down the Long Walk, or rather closes the view from the Castle, across the deer park. 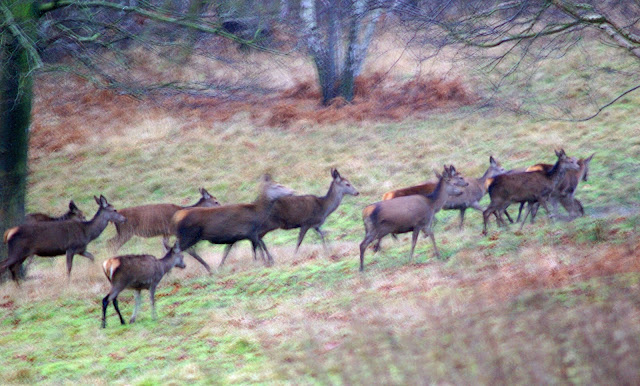 Looking the other way from the hill you can see the Royal Lodge (for fifty years the residence of the Queen Mother, but since 2004 that of the Duke of York) as well as the Royal School and Cumberland Lodge.

My favourite spots are the wild woods of The Dell near Bishopsgate, and the Heather Garden, which is fenced off just near the Polo Grounds at the top of the Valley Gardens, 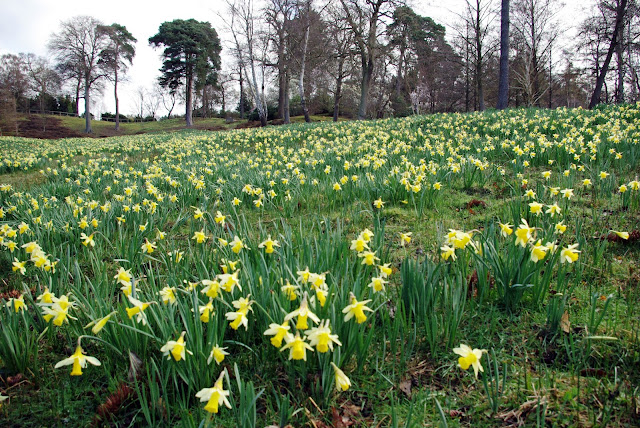 but I must acknowledge that the park has given me, and my family, much fresh air and relaxation over the years, and it is a great resource for all, from wayward princes to the hoi polloi. 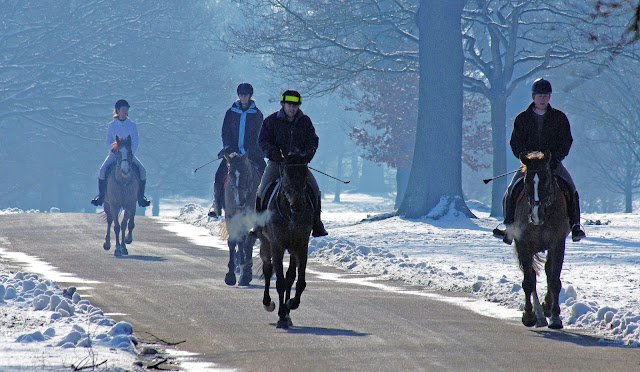 Prince Harry (on right of picture), bodyguard and friends

But back to the Castle. Founded by William the Conqueror and then built up by Henry II on a rocky rise above a bend in the Thames, this is the largest and oldest occupied castle in the world (it has five hundred residents). It has apparently been the home of 39 monarchs, several of whom have enlarged and restored it from time to time, and it is now the favourite residence of Queen Elizabeth II, who had to do her own bit of restoration when the State Apartments were drastically singed in 1992.

This is one of the most visited tourist attractions in the UK, and at £17.75 a head it is probably one of the most lucrative, though there is plenty to see, once you get in past security. The glorious gothic of St George's Chapel and the miniature masterpiece that is Queen Mary's Dolls' House (with flush toilets and working lifts) are particular highlights, but the Royal Collection, with paintings by Rubens, Holbein and Van Dyck, takes some beatings. The very atmosphere gives you culture! 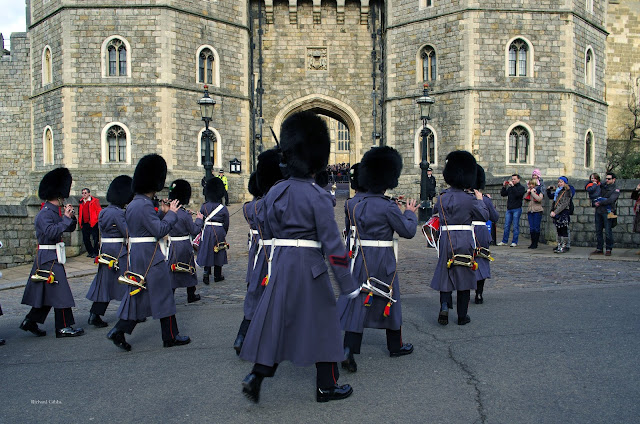 And this is where I am reminded of the controversial lecture by Hilary Mantel. "Is monarchy a suitable institution for a grown-up nation? I don’t know. I have described how my own sympathies were activated and my simple ideas altered. The debate is not high on our agenda. We are happy to allow monarchy to be an entertainment, in the same way that we license strip joints and lap-dancing clubs." It is splendid entertainment, from the Changing of the Guard to the pageantry of a service in the Chapel. Windsor Castle is a living piece of history, not, like, for example Schonbrunn or Versailles, an example of past glory preserved in a block of amber.

But the question still provokes me. Is monarchy a suitable institution? Is the continuation of the aristocracy and an antiquated system or privilege and honour acceptable. Doesn't the phrase "William the Conqueror" cause some discomfort? What if we thought about each succeeding dynasty as a conquering one? With William the Norman French language became the tongue of the court. With George I came German and the House of Hanover (he spent about one fifth of his rule abroad and though fluent in several languages, was reputed not to handle English that well, certainly at the start of his reign). And when did we get this House of Windsor? I doubt if Michael Gove will insist that future generations of school children are taught the Royal Proclamation of King George V in The London Gazette: no. 30186. p. 7119. 17 July 1917, which went: "Now, therefore, We, out of Our Royal Will and Authority, do hereby declare and announce that as from the date of this Our Royal Proclamation Our House and Family shall be styled and known as the House and Family of Windsor, and that all the descendants in the male line of Our said Grandmother Queen Victoria who are subjects of these Realms, other than female descendants who may marry or may have married, shall bear the said Name of Windsor......" nor that the name he wanted to lose was Saxe-Coburg and Gotha (a branch of the House of Wettin), and why? Well, there was a war on, and ordinary citizens, such as David Herbert Lawrence, for example, were made to feel very awkward by their compatriots if they had any sort of connection with Germany (D H Lawrence had a German wife.....) [And wasn't it rather obvious at the same time that Mountbatten was only an attempt to anglicise Battenberg?]

And why Windsor? The word derives from Old English for a winch by the river, though that was probably not considered relevant. I expect it was more that the castle is one of the most imposing and resilient pieces of masonry since the invention of the Motte and Bailey, and it had a convenient railway station, and was only 21 miles from Marble Arch..... I wonder if the location would have been so popular had George V anticipated the current tendency for one jet aeroplane every thirty seconds to take off from Heathrow and roar only a few hundred feet over the royal bedchambers?

Anyway, continuing in republican train of thought, I would make a proposal. Despite Kate Middleton/Cambridge's bump and the plethora of other royals who might leap to the throne given half a chance, this dynasty cannot go on indefinitely, and so perhaps it really is time to modernise the monarchy? Firstly, the title: I suggest we call the leader the Quing? Get rid of the sexist distinction between King and Queen, and regularise in the spirit of actors..... Then abolish all other titles as being obsolete, redundant and divisively unnecessary (as Italy did with no loss of any notable pride among the proud).  So Charles is just Charles, and Fergie is, well, nobody.  Then remove this problem of inheritance. Need a constitutional monarchy be hereditary? I don't see why it should. This would have saved Henry VIII so many wives, and would save us so many column miles of speculation over the Cambridge progeny. And then have an election, ad ogni morte di papa as they (used to) say in the Vatican. Everyone could then have a say in the continuation of the realm. And finally, the name. The House of Windsor has had its day, and seems to me to smack of domination. How about somewhere more proletarian, more cosmopolitan, more egalitarian? Somewhere not far from Windsor, perhaps? How about the House of Slough? A perfect recognition of the reality of the United Quingdom.

I feel better now. No hard feelings, Liz. We do all love you, though perhaps not everyone feels so good about some of the others in the family. 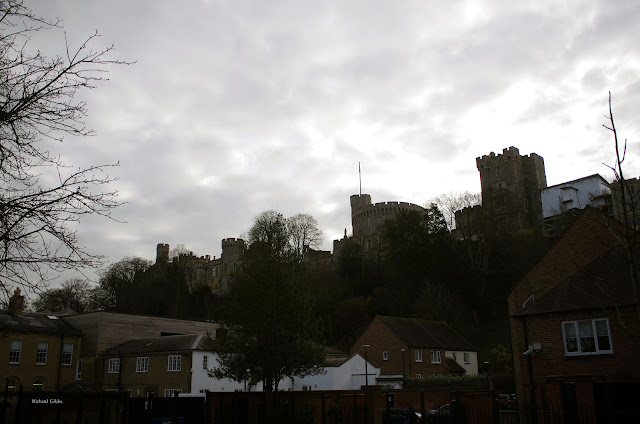 But then, wait. What did Hilary Mantel actually say? "The debate is not high on our agenda. We are happy to allow monarchy to be an entertainment, in the same way that we license strip joints and lap-dancing clubs......" Do I detect a derogatory note here? Or is this pure pragmatism in muscular prose? Is my proposal taking the whole issue too seriously?

And then, wait again. Suppose my plan was adopted, and we had an election? Good Grief! We could end up with Sandi Toksvig (or should that be Talkswhig?) who would say things like, "It's my country and I'll do what I like..." in her State Opening of Parliament speech, and refer to "My wife and I..." at Christmas. Or perhaps worse, we could have Hilary Mantel..... Or Barbara Windsor? Of the House of Slough??? 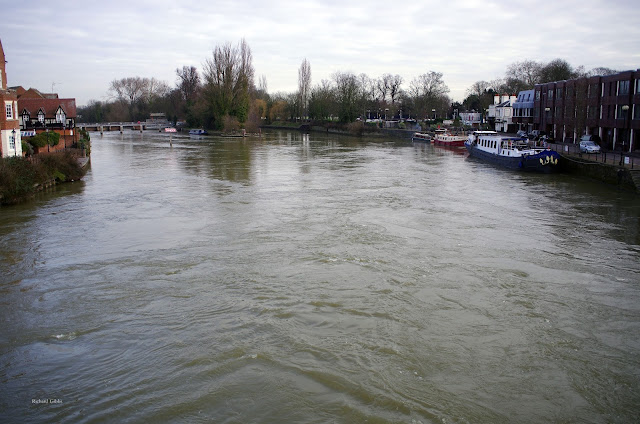 No. I have overstepped the mark. I retract my proposal. After all, what is wrong with being designed by a committee and built by craftsmen, precision-made, and capable of going from perfect bride to perfect mother?

Let's leave things as they are? At least for the moment..... The royal family gives us grand entertainment and, "Th' very atmosphere gives ee kulchur!"