The London of Charles Dickens


I wonder how much of London in 2013 Charles Dickens would recognise? He first came to live in the city at the age of ten, in 1822, when it had a population of about one million. Ten years later it was approximately one and a half and by the time he was forty it was two and a half million. Yes, there are individual buildings, for example churches, the Tower of London, and certain palaces that, because of their importance and their strength, have been there for centuries, as well as a fair number of Georgian buildings and early pubs that have survived, but a great deal of the more vernacular examples of architecture have given way to “progress” or have changed beyond recognition.

The age of steam, with its hungry need for rail cuttings and stations, swept away some of the old domestic dwellings. The shifting of the docks downstream and away completely rewrote the activity of the Thames. The Second World War did not help preserve the fabric of the city, and the enormous expansion in the twentieth century (Greater London now has a population of 8,173.000) and the advent of motorised vehicles, have certainly aided the obliteration of signs of the world of the horse and the rickety slum.

Murdstone and Grinby’s warehouse was at the waterside.  It was down in Blackfriars.  Modern improvements have altered the place; but it was the last house at the bottom of a narrow street, curving down hill to the river with some stairs at the end, where people took boat.   It was a crazy old house with a wharf of its own, abutting on the water when the tide was in, and on the mud when the tide was out, and literally overrun with rats.  Its panelled rooms, discoloured with the dirt and smoke of a hundred years, I dare say;  its decaying floors and staircase; the squeaking and scuffling of the old grey rats down in the cellars; and the dirt and rottenness of the place; are things, not of many years ago, in my mind, but of the present instant…..  (David Copperfield, Chapter 11)

In fact the blacking factory where the young Dickens worked was on Hungerford Stairs, now lost beneath the embankment at Charing Cross, but it was real to the young author and very much representative of the riverside in central London before the banks were built up and the water born traffic ebbed away downstream.

A mist hung over the river, deepening the red glare of the fires that burnt upon the small craft moored off the different wharfs, and rendering darker and more indistinct the murky buildings on the banks.  The old smoke-stained storehouses on either side, rose heavy and dull from the dense mass of roofs and gables, and frowned sternly upon waters too black to reflect even their lumbering shapes.  The tower of old Saint Saviour’s Church, and the spire of Saint Magnus, so long the giant warders of the ancient bridge, were visible in the gloom; but the forest of shipping below bridge, and the thickly scattered spires of churches above, were nearly all hidden from sight.  (Oliver Twist, Chapter 46)

The the Martyr, one of 51 designed by Sir Christopher Wren, still stands, though it is dwarfed by modern blocks.  St Saviour’s became Southwark Cathedral in 1905, or more correctly, the Cathedral and Collegiate Church of St Saviour and St Mary Overy (which derives from over-the-river), but the nave was rebuilt in 1840 and the modern additions and surrounds, not least the railways connecting London Bridge with Cannon Street and Charing Cross, have obscured some of its splendour.  The actual bridge on which Nancy arranged her fateful meeting, was opened in 1831, so was actually very new in this description (the 600 year old Old London Bridge having been demolished at the same time) but this in turn was dismantled and replaced by a box girder construction in 1973, with the stones being transported and reassembled in the Arizona Desert, having been bought by oil tycoon Robert P McCulloch.  The flavour of the Dickensian river has long since evaporated. 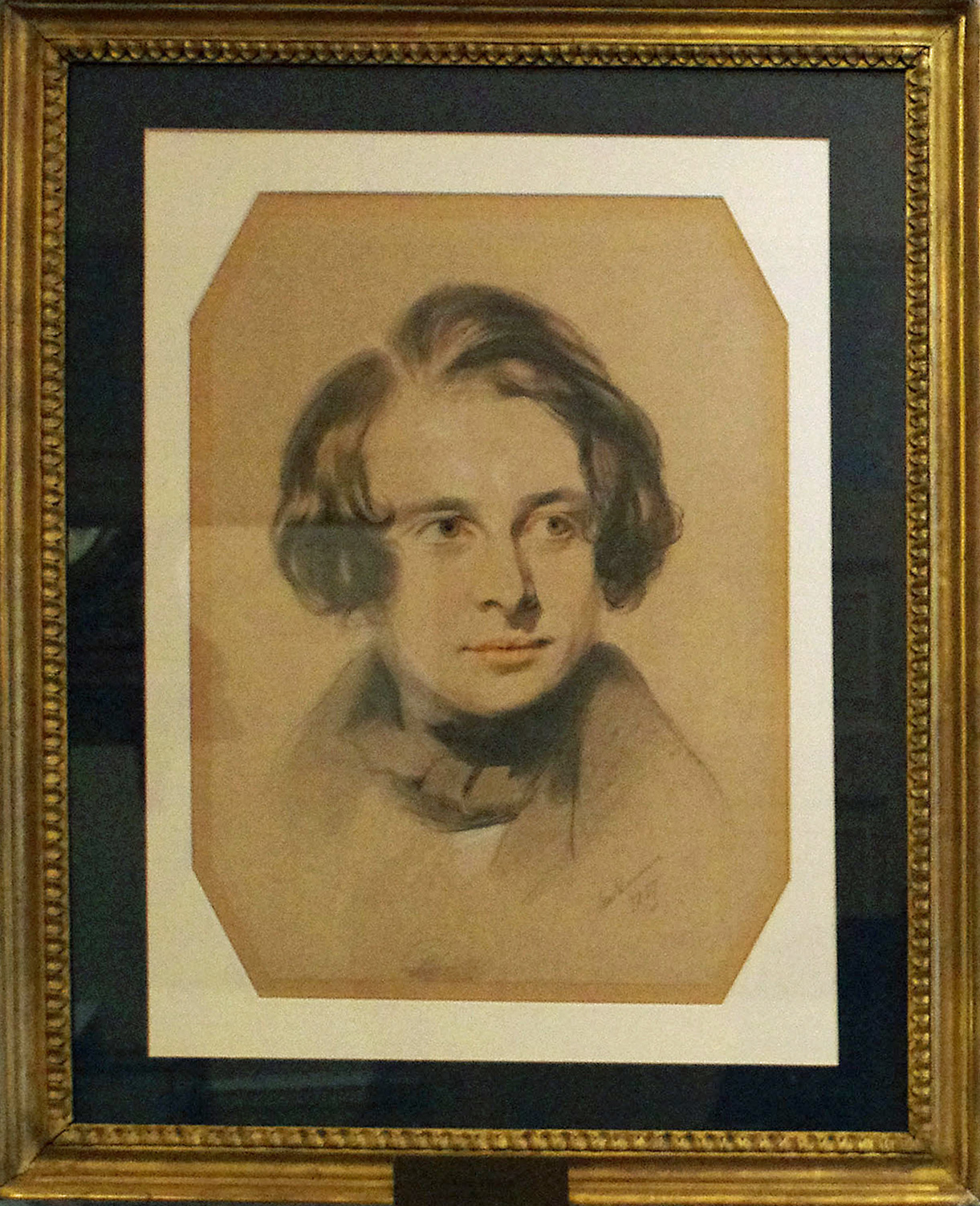 Dickens, whose novel Oliver Twist was selling well, wrote this description upstairs in to which he had moved at the beginning of April 1837.  He was 25 years old, married to Kate and father of a baby.  His sister in law, Mary Hogarth, and his brother, Fred, also moved in with them.  It was a broad, airy street, with gates at each end and a porter in a lodge, and he was to pay £80 per annum rent.  Doughty Street adjoins Mecklenburgh Square, with its gardens which themselves lie next to Coram’s Fields which is a children’s play area on the site of the original Foundling Hospital, still enclosed by the colonnade of the original building, erected by Thomas Coram in 1745.  In , outside the Thomas Coram Foundation for Children, sits a statue of the philanthropist, and to his right is the , which, although constructed in 1937, contains eighteenth century interiors and paintings from the original hospital.  The stories and memorabilia of the children supported by this organisation would be familiar to Dickens, as he was a supporter of it, and had his own chapel pew there when resident in Doughty Street.


It is perhaps a coincidence that Foundling number 18,607 was baptized John Brownlow in the Hospital Chapel in 1800.  This gentleman was later to become Secretary of the society and a friend of Dickens.  Was he the model for Mr Brownlow, whose heart was, large enough for any six ordinary old gentlemen of humane disposition, who rescued Oliver from Mr Fang?


Anyway, though London careers into the twenty-first century and beyond, with the Shard now dwarfing St Saviour’s, and Seven Dials no longer being, a maze of streets, courts, lanes and alleys…. lost in the unwholesome vapour which hangs over the house-top; Jaggers’s home in Gerrard Street now being occupied by Chinese; Shaftesbury Avenue and Charing Cross Road were not developed until after Dickens’s death; the houses that the family lived in after Doughty Street, in a Devonshire Terrace in Marylebone (not the current one in Bayswater) and in Tavistock Square have long since disappeared; but London is still London, quite distinct in style from Paris, New York, or Rome, and there is still something Dickensian for all to experience.


The , now at 48 and , recently reopened following a £3m overhaul, recaptures something of the domestic scene of the early Victorian period.  It is not difficult to imagine the young novelist at work at his desk here, and the empty bed of his beloved sister-in-law is itself a moving reference to the transitory nature of life.


Not far away, close to the restyled Covent Garden, is the Lamb and Flag pub, its stained wood and rickety stairs little changed in over two centuries, and well-known to Dickens.  A step away from this, in , is Rules restaurant, also said to be a Dickensian favourite, and also over two hundred years old.  The wanderer in can follow Dickens trails, be guided on tours, and step into the past in many places, such as the in Southwark or his friend Thomas Carlyle’s house in Cheyne Row. 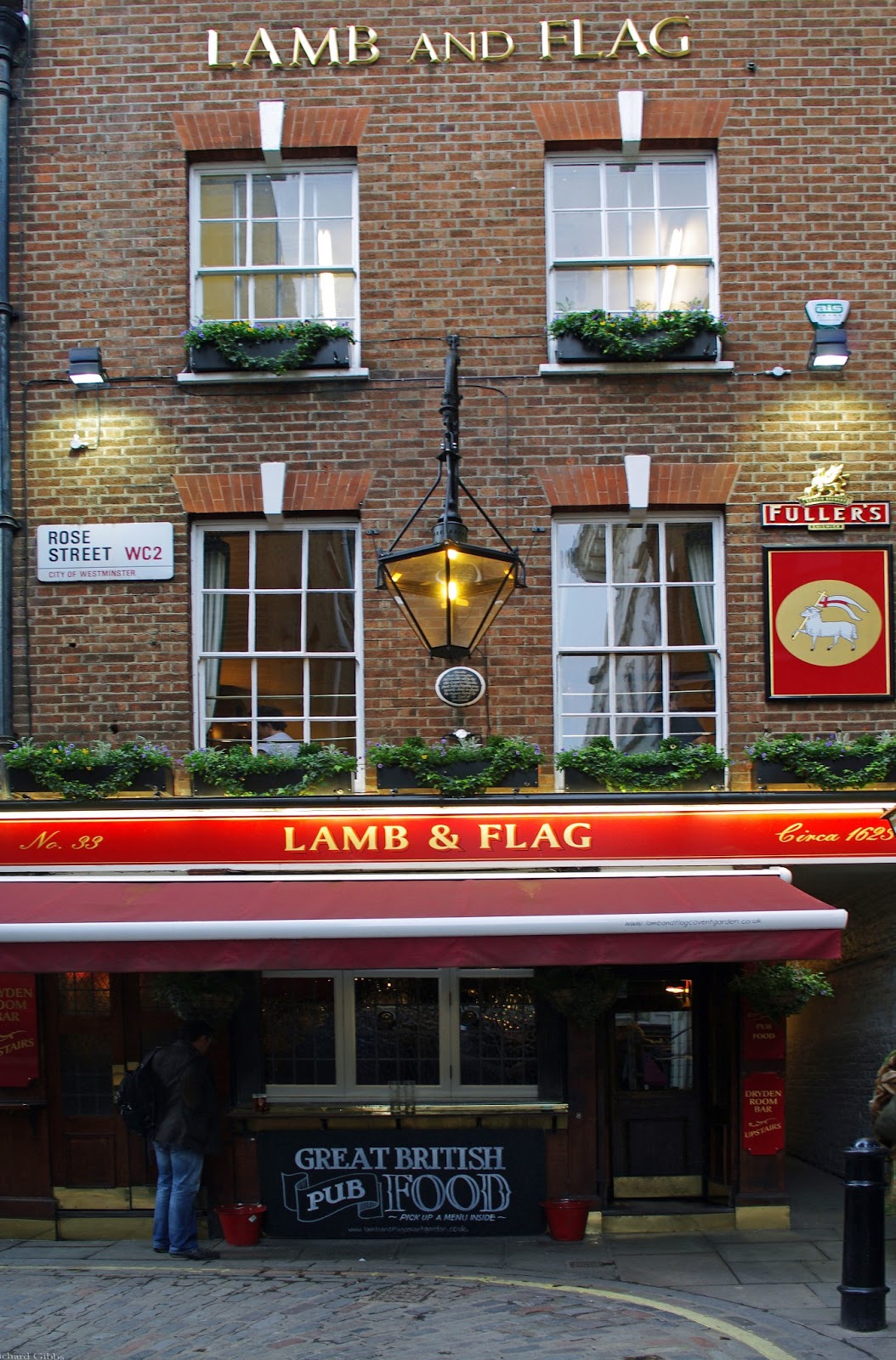 And, despite the change in the ethnic mix of (three eighths of the current population of Greater London were not born in the ) there are still the characters that fascinated Dickens and from whom he drew inspiration.  You don’t have to sit for long in the Lamb and Flag, or the Lamb in Lamb’s Conduit Street, or the French House in Soho, or downstairs in Gordon’s Wine Bar, to observe faces and types that step right out of the novels, whether it is Mr Micawber (a stoutish, middle-aged person…. with no more hair upon his head…. than there is upon an egg, and with a very extensive face…..  His clothes were shabby, but he had an imposing shirt-collar on,) or Steerforth (so self-possessed, and elegant,) Wemmick (I found him to be a dry man, rather short in stature, with a square wooden face, whose expression seemed to have been imperfectly chipped out with a dull-edged chisel,) or Lady Deadlock (bored to death.  Concert, assembly, opera, theatre, drive, nothing is new to my Lady, under the worn-out heavens;) they still perambulate the capital, with their individual foibles and blemishes. 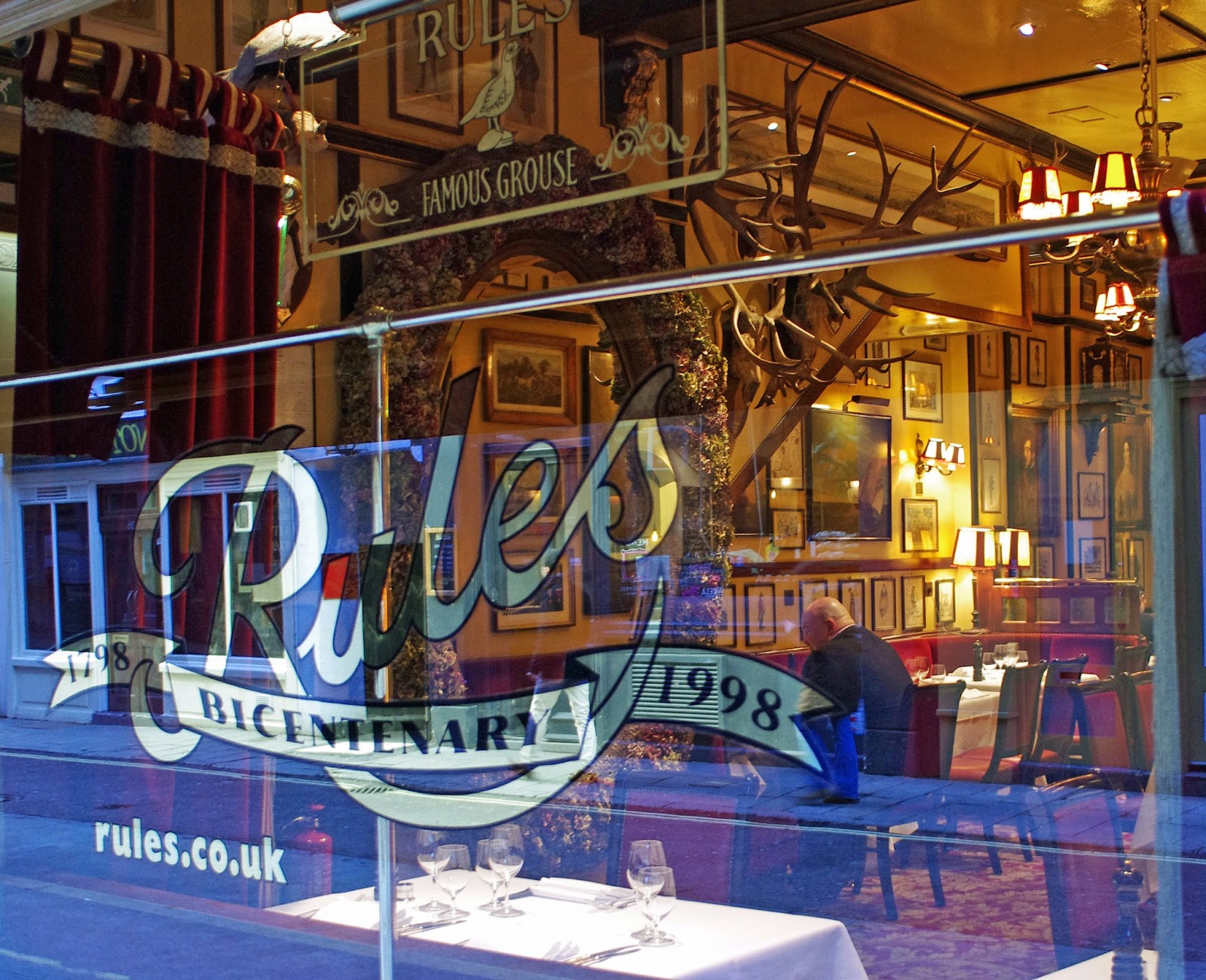 But when all is said and done, there are things perhaps we must not lament about the passing of time.  Search for a hot water tap in Dickens’s rooms in and you’ll search in vain; likewise a flush toilet.  And be thankful that Tom-All-Alone’s, the ruinous place to which Jo the Crossing-Sweeper crept at night, no longer exists:  It is a black, dilapidated street, avoided by all decent people…..  these ruined shelters have bred a crowd of foul existence that crawls in and out of gasps in walls and boards; and coils itself to sleep, in maggot numbers, where the rain drips in; and comes and goes, fetching and carrying fever…..  (Bleak House Chapter 16)