TESSERAE - 5 - One night in Trevignano 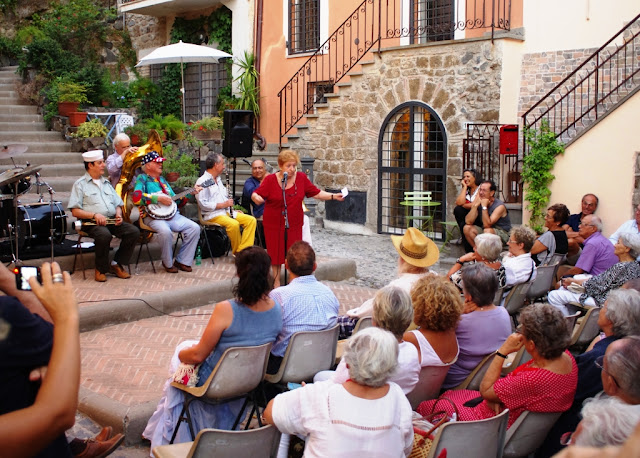 The party was due to begin at 8.00pm.  Being Italy, we knew it would be late, so, exercising British decorum, we make our way to the cobbled heart of Trevignano Romano at about ten past eight….. To our surprise, however, the jazz band is in full swing, rattling out “Muskrat Ramble” and every seat is taken, with only jostle room in the tiny piazza below the village church.  It just shows – always can never be taken for granted! 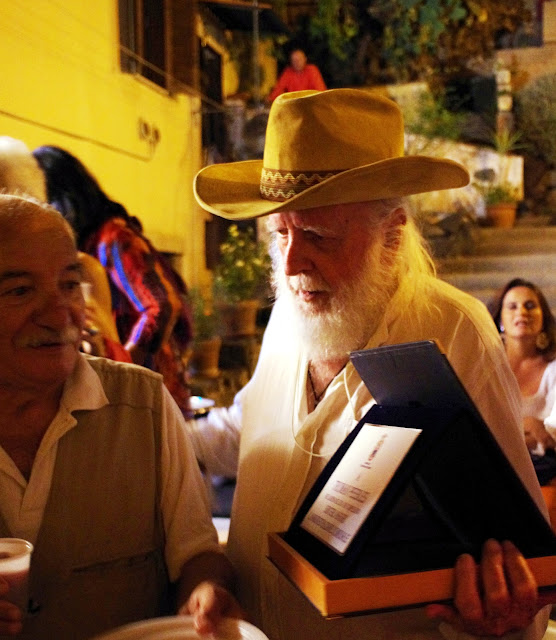 Truman Peebles, the man of the moment, sits regally in the front row, his weathered Stetson proudly signalling his presence.  This is a very special occasion.  Despite the grumblings of 97 year old Salvatore, who cantankerously claims that he is the oldest man in the village (having been born there), this is Truman’s night.  100 years old and still going strong; sharp of mind if a little slow of foot; fêted by the whole village, with old friends and family gathering from all over the world. 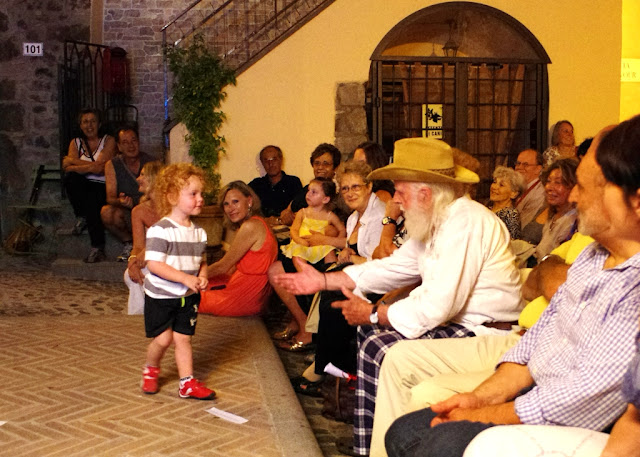 Truman came to with his young family on the SS Lucania in 1951, as a founder member of the Food and Agricultural Organisation in .  Then, when he retired, he moved out to Trevignano, fifty kilometres north of Rome, to share a house with the writer Victor von Hagen, since whose death in 1985 (about when we first met him) Truman has lived on his own, sallying forth several times a day for coffee at Ermete’s bar, or a meal at La Grotta Azzurra, where he dines with owner Nazzareno every Thursday. 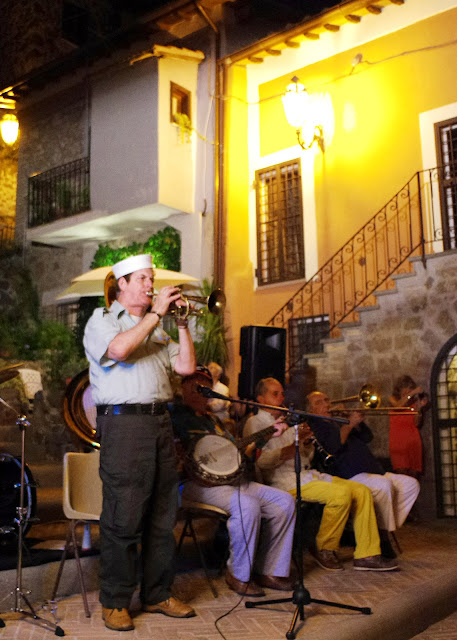 ﻿﻿﻿﻿﻿﻿The band, a group of Roman friends, launch into “On the sunny side of the street,” with gusto.  Two tiny great grandchildren start to dance, provoking a tirade from the leader who proclaims that children should never be allowed. Ever! Truman stands to take applause as they break into their finale, “Oh! When the saints….” cornettist Aldo giving a fine imitation of Louis Armstrong, with a Roman accent (Ah! Whan ze scentz….)

﻿﻿
Then the music ends, and the crowd presses forward to shake Truman’s hand, kiss his cheek, wish him long life…..  In the adjoining piazzetta, outside his house, trestle tables have been set up, piled with goodies, and we join the throng.  Typically, there has been an attempt at control and many hands thrust forward tickets.  But the authority soon gives up; we have no tickets, but, with smiles all round, I come away with plates of rigatoni and pizza, hunks of foccacce, and tumblers of vino. 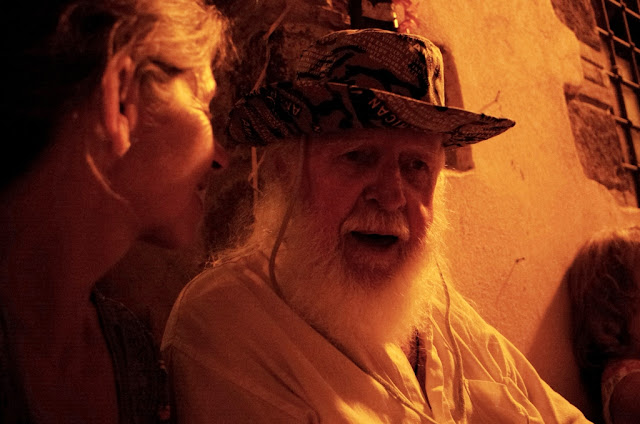 Around 11.00 the Mayor arrives, flanked by splendid officials, and presents Truman with an engraved plaque commemorating his centenary.  A belly dancer appears, and is joined on stage by assorted revellers.  The sky is inky, the ochre walls echo disco music and glow with summer warmth and orange light.  We sit with Truman on the steps outside his flat, the crowd fluttering by like starlings, until, way past midnight, it is time for us to make for our beds.  The old man waves goodnight. 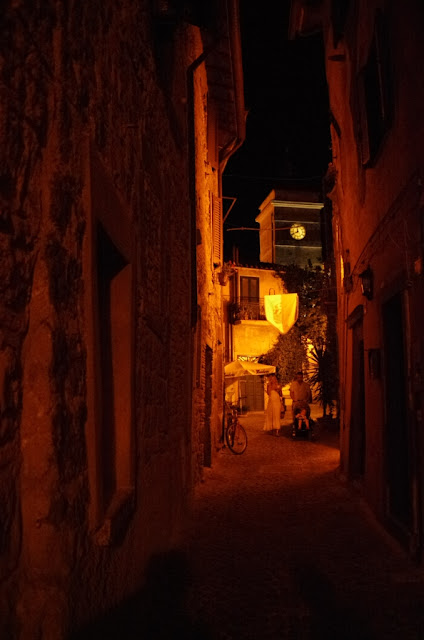