A Year in Norfolk 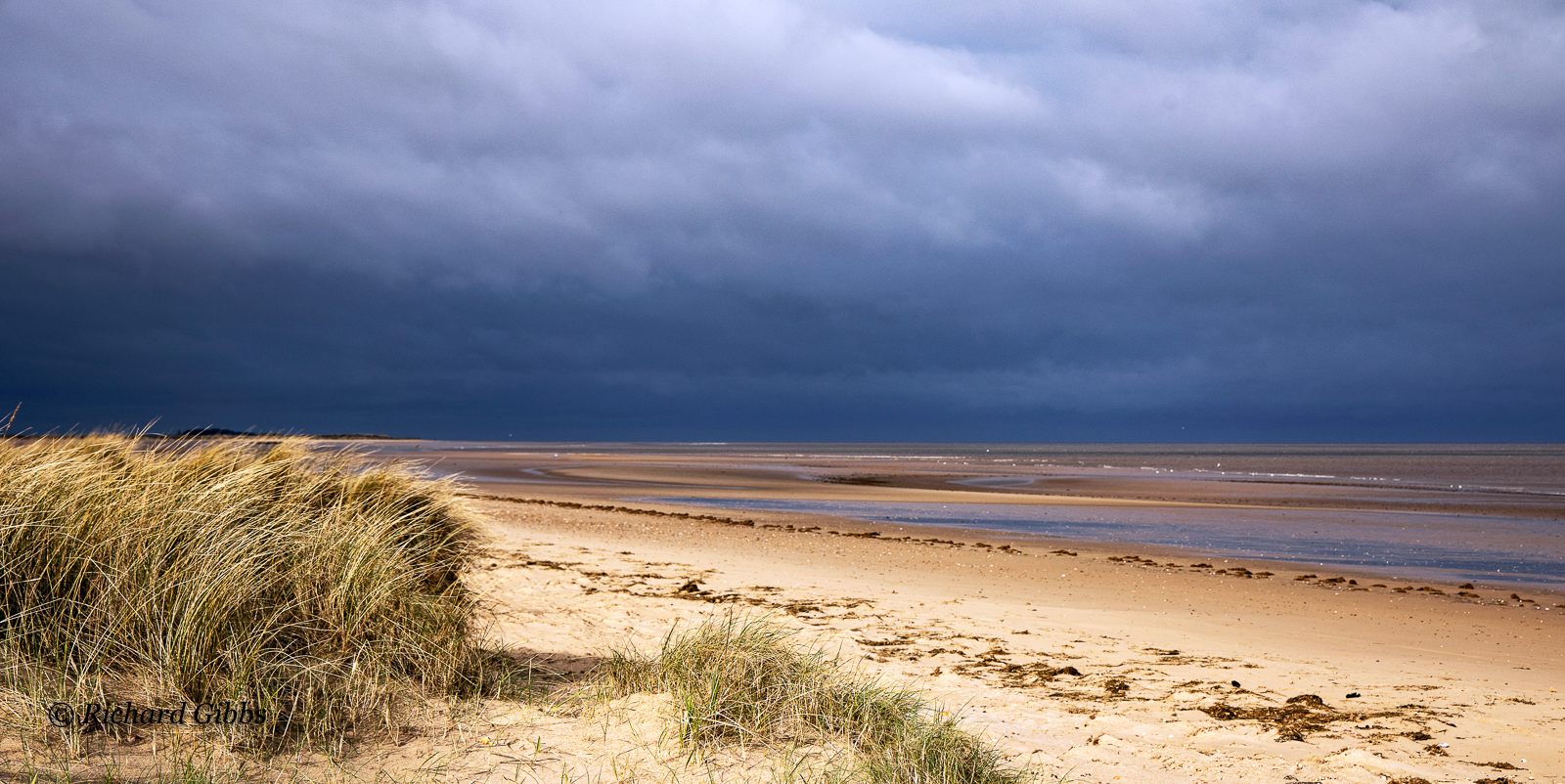 It is exactly a year since we agreed to buy our new home in Norfolk, leaving Hertfordshire after eighteen years and some, and uprooting ourselves to the wilds of East Anglia, where locals say we are cut off on three sides by the sea and on the fourth by British Rail. 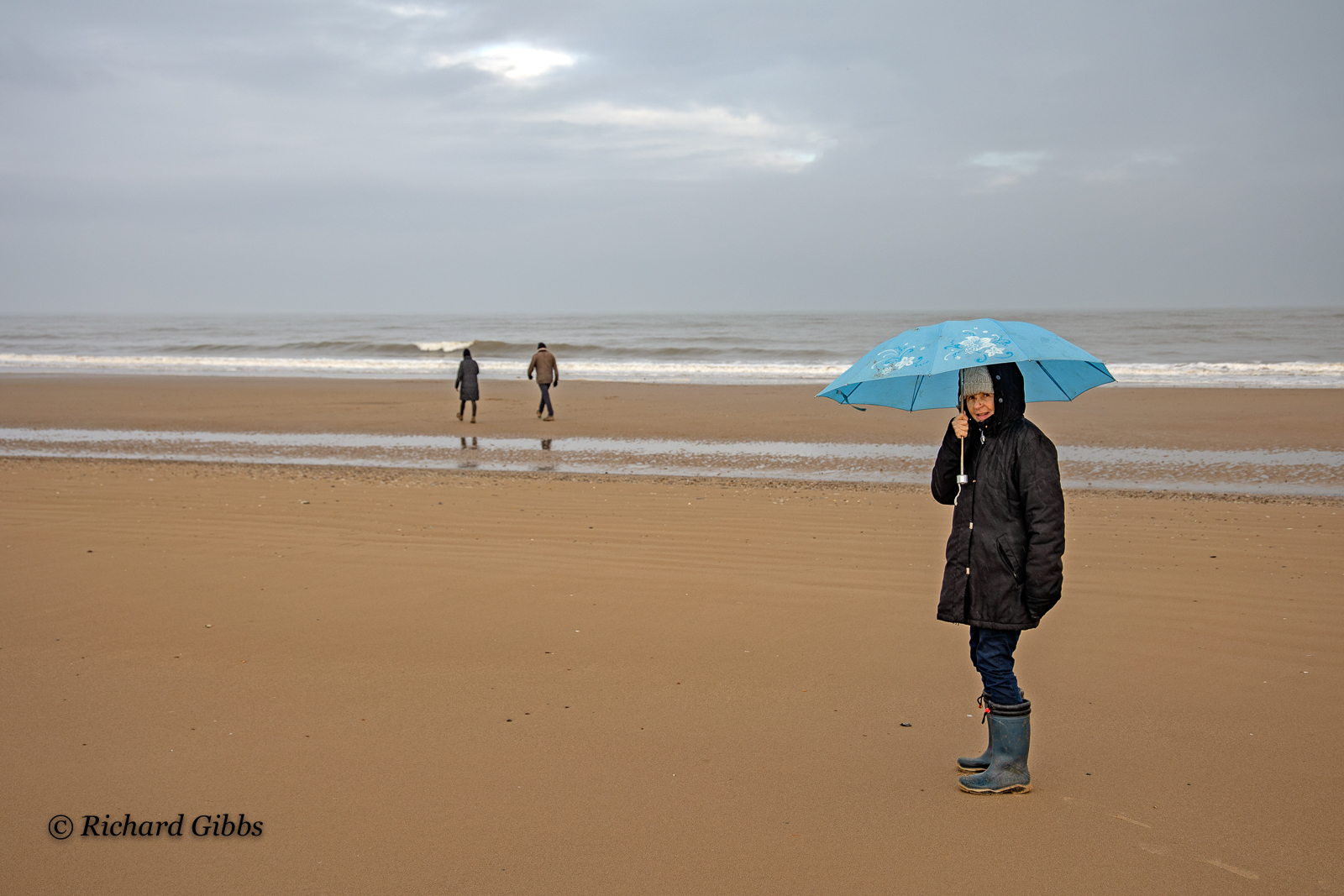 Regrets?  I will always have some, though I know they are futile.  Every day is a point of no return, and there are three choices:  live in the past, in the infinitely expanded present, or in dreams of the future.

Watch the oyster catcher.  He does what he does, and that is it.  Muddy beak, bloodshot eyes and scraggy pink feet.  He is what he is. 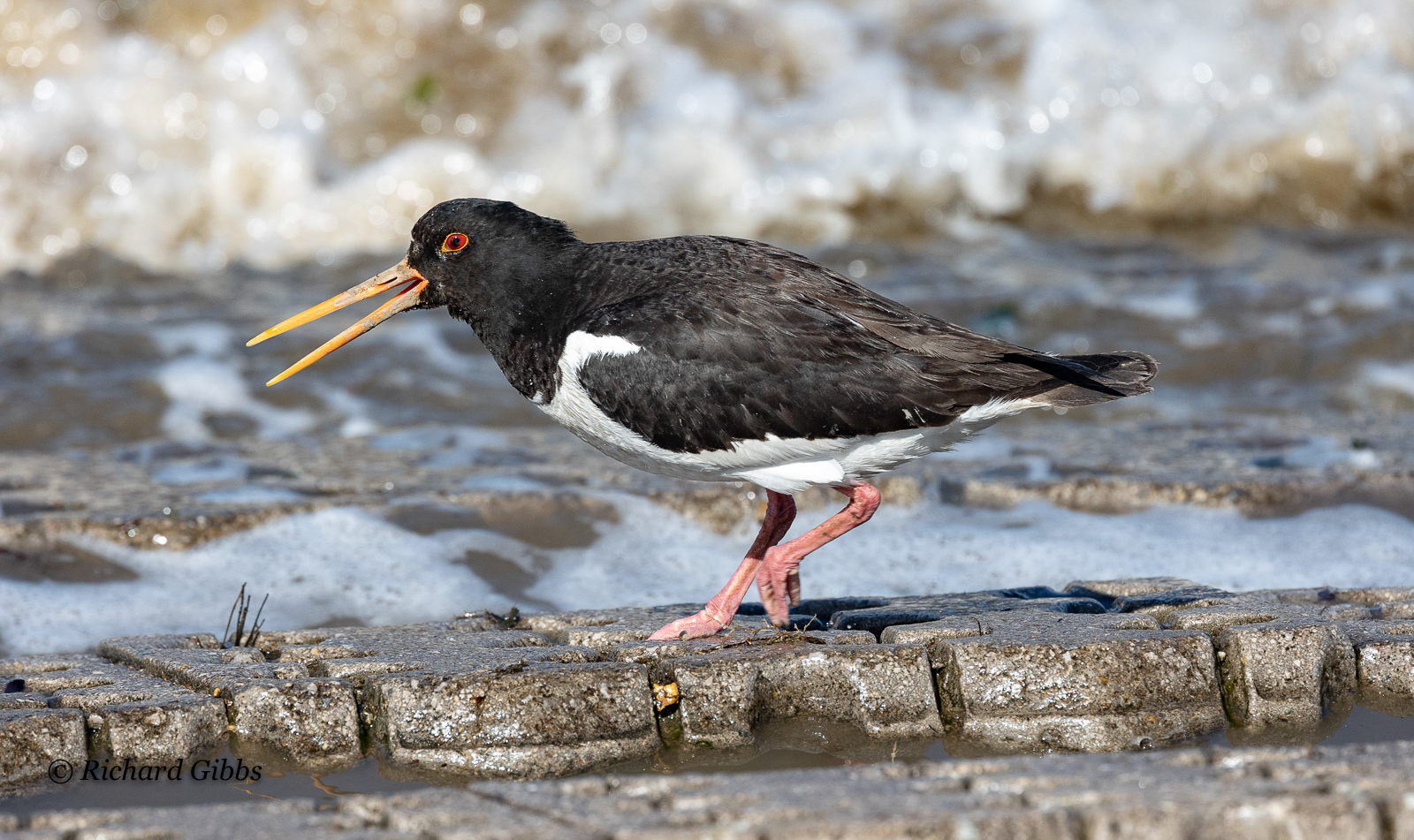 Or watch, and hear, the straggling skeins of Pink-footed geese as they fly out of gunshot to and from their roosts on the Wash and its mudflats.  I love their plaintiff honkings as they encourage each other, flying over my house, east in the morning and west in the evening, sometimes in gusty winds, and sometimes in thick dark cloud.  It is a winter treat that gladdens my heart when much else is glum. 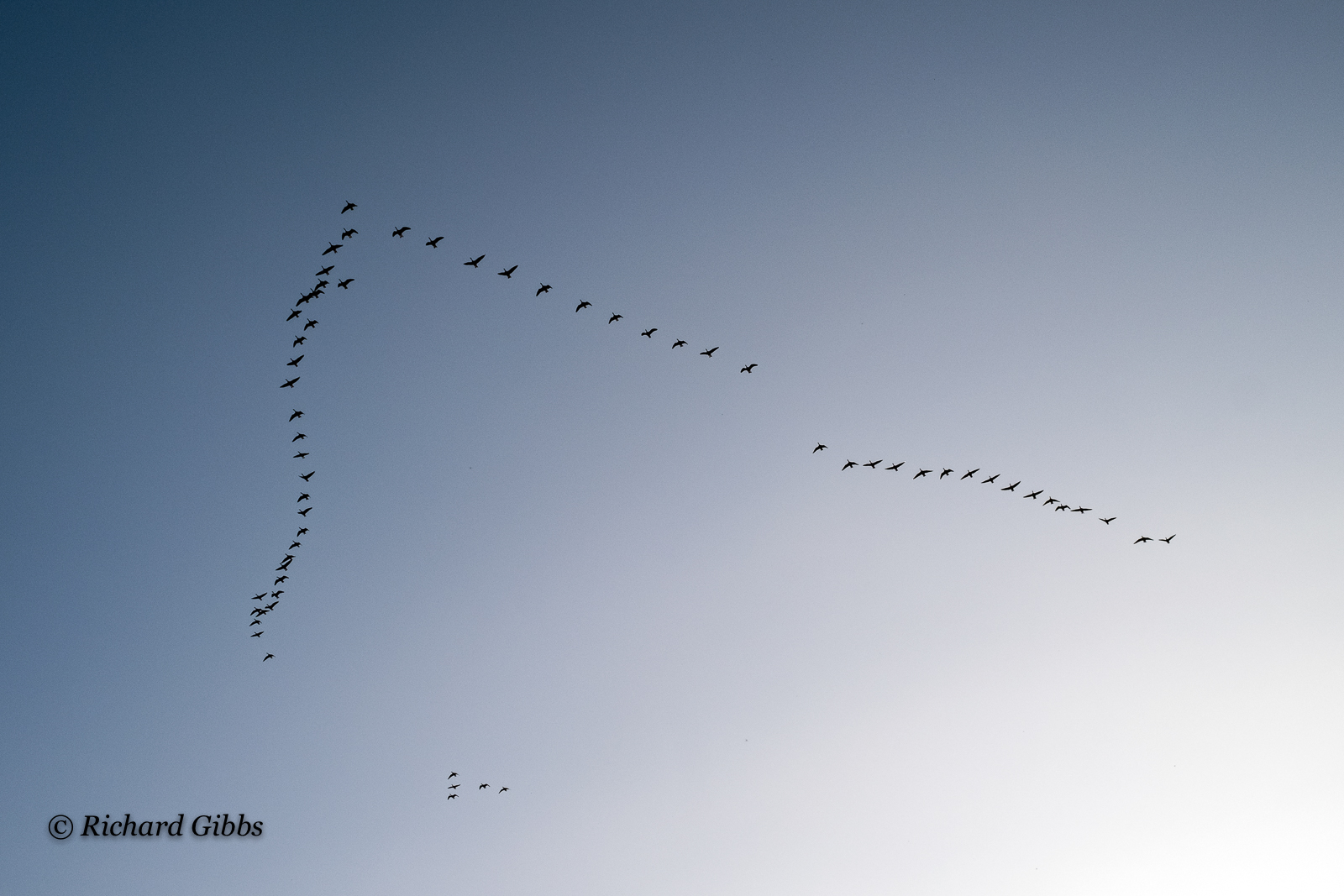 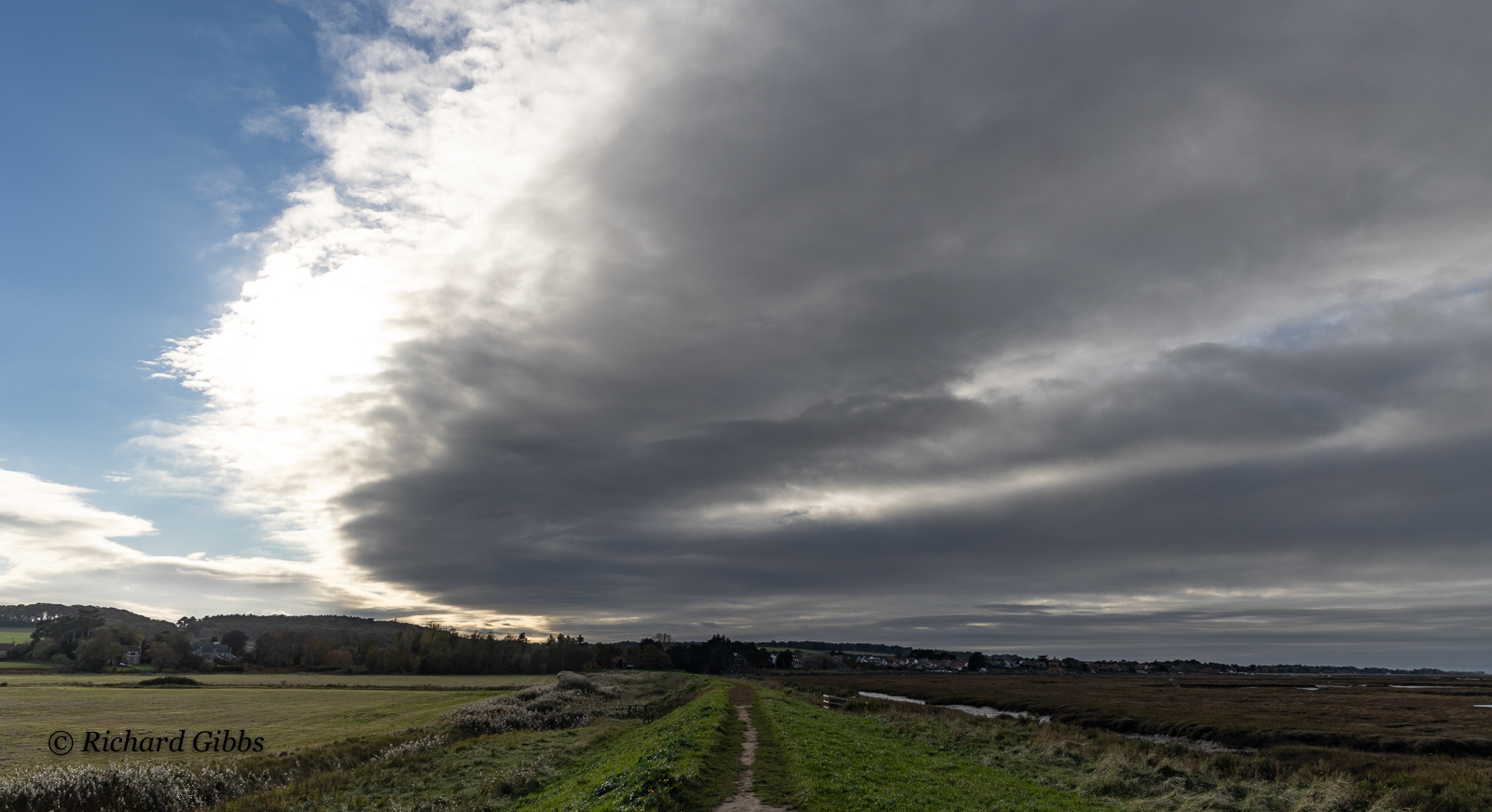 To the best of my remembrance I first came here with a couple of friends around fifty years ago, but since then have returned time and time again, highlights including being a residential volunteer for the RSPB at Titchwell Marsh and Snettisham on two occasions.  It was at Snettisham that I saw my first tangle of Knots, crowding the sky at dusk as the tide drives them off the Wash and to roost in the lagoons: 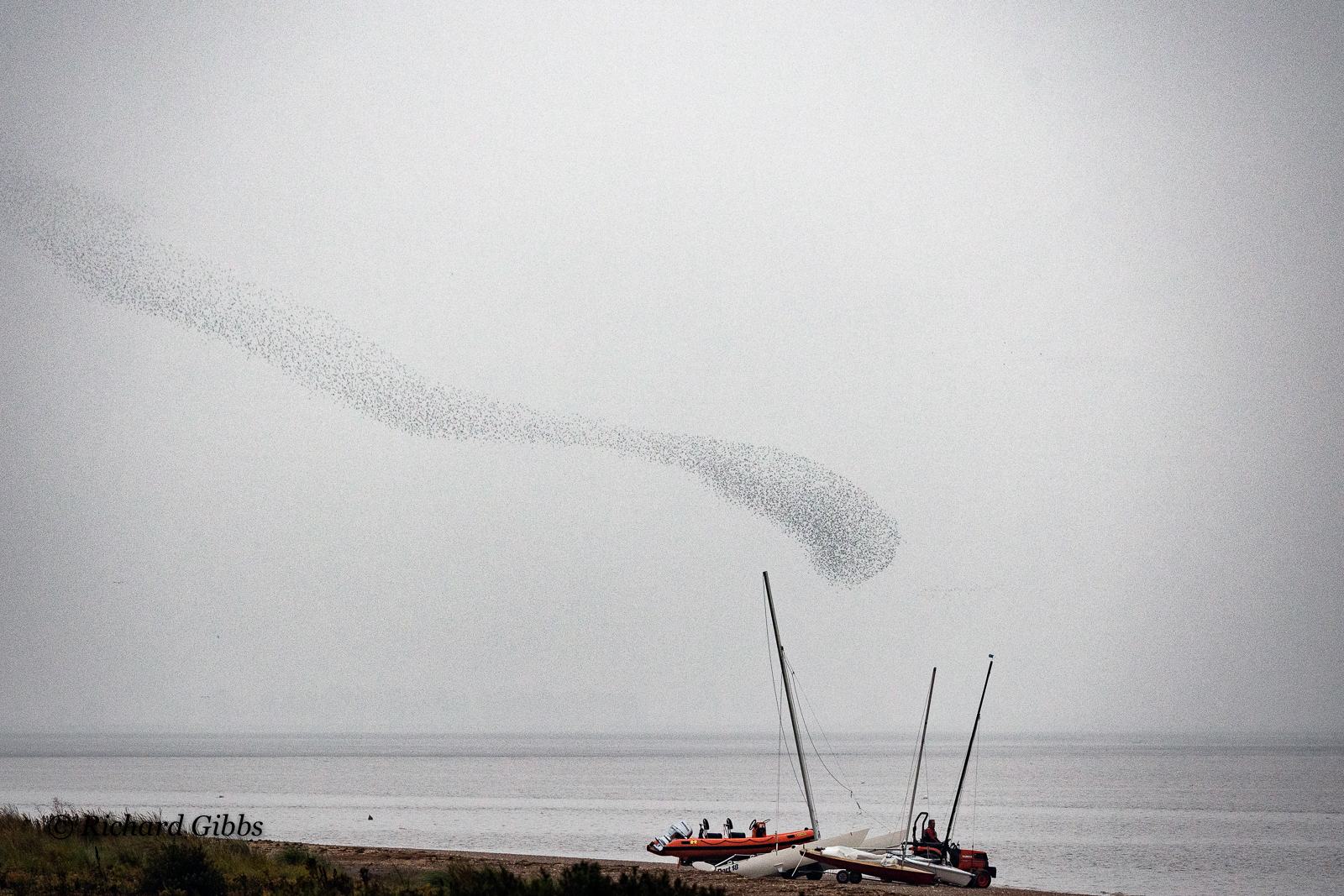 And it is here that you can now see breeding Avocet, which became the symbol of the RSPB in recognition of the success of conservation initiatives after its return, in 1947, after 100 years of exile from these islands: 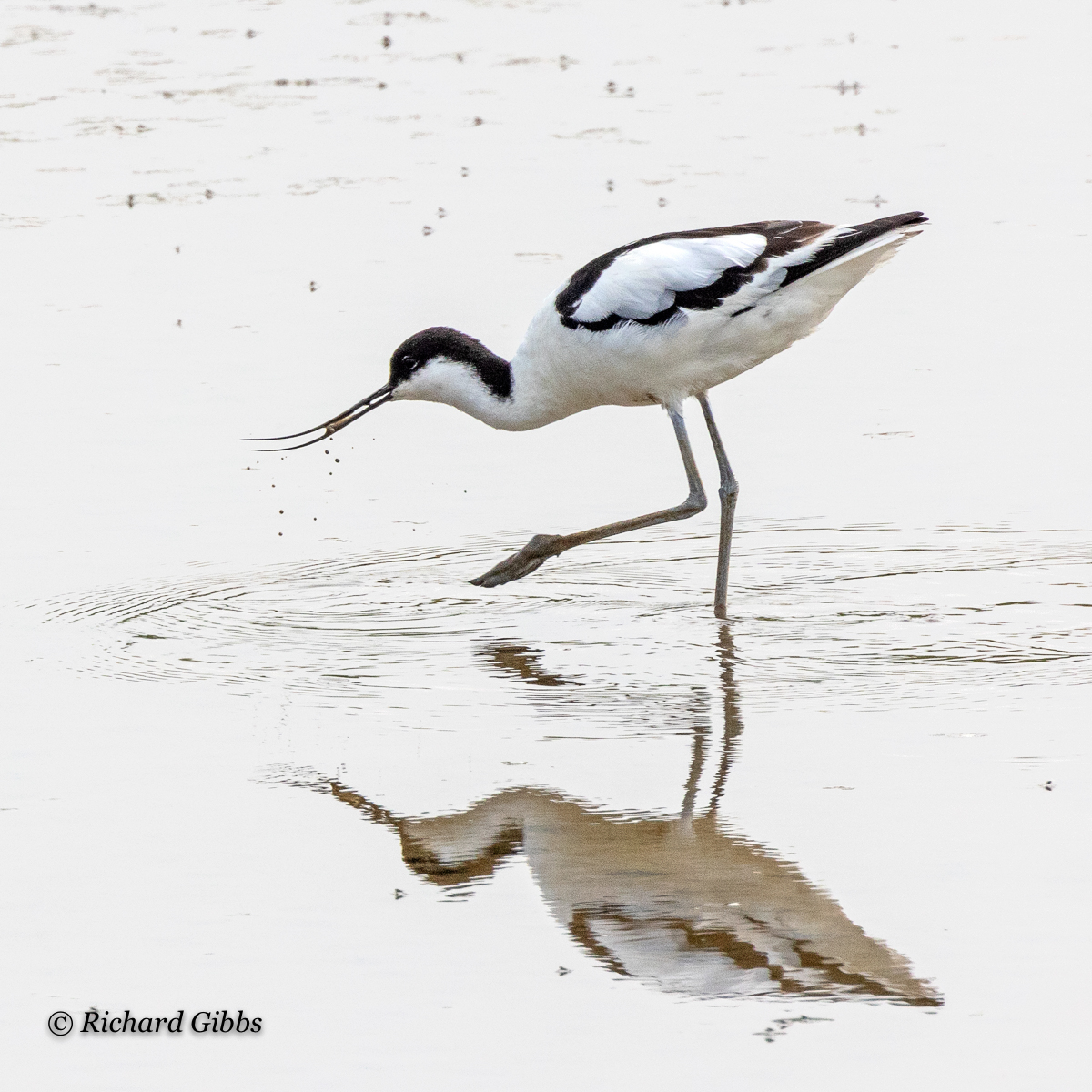 Norfolk is the fifth largest county in England, and the driest.  It has more than 150 deserted villages, and 659 medieval churches, of which 125 have round towers.  Its coastline is 100 miles long, and its highest point is 338 feet above sea level.  I live at about 20 metres above sea level, but Ken Hill, between me and the Wash, reaches 60 metres.....  King's Lynn, at the mouth of the Great Ouse, was a Hanseatic Port, and at one time was the third busiest trading port in the country. 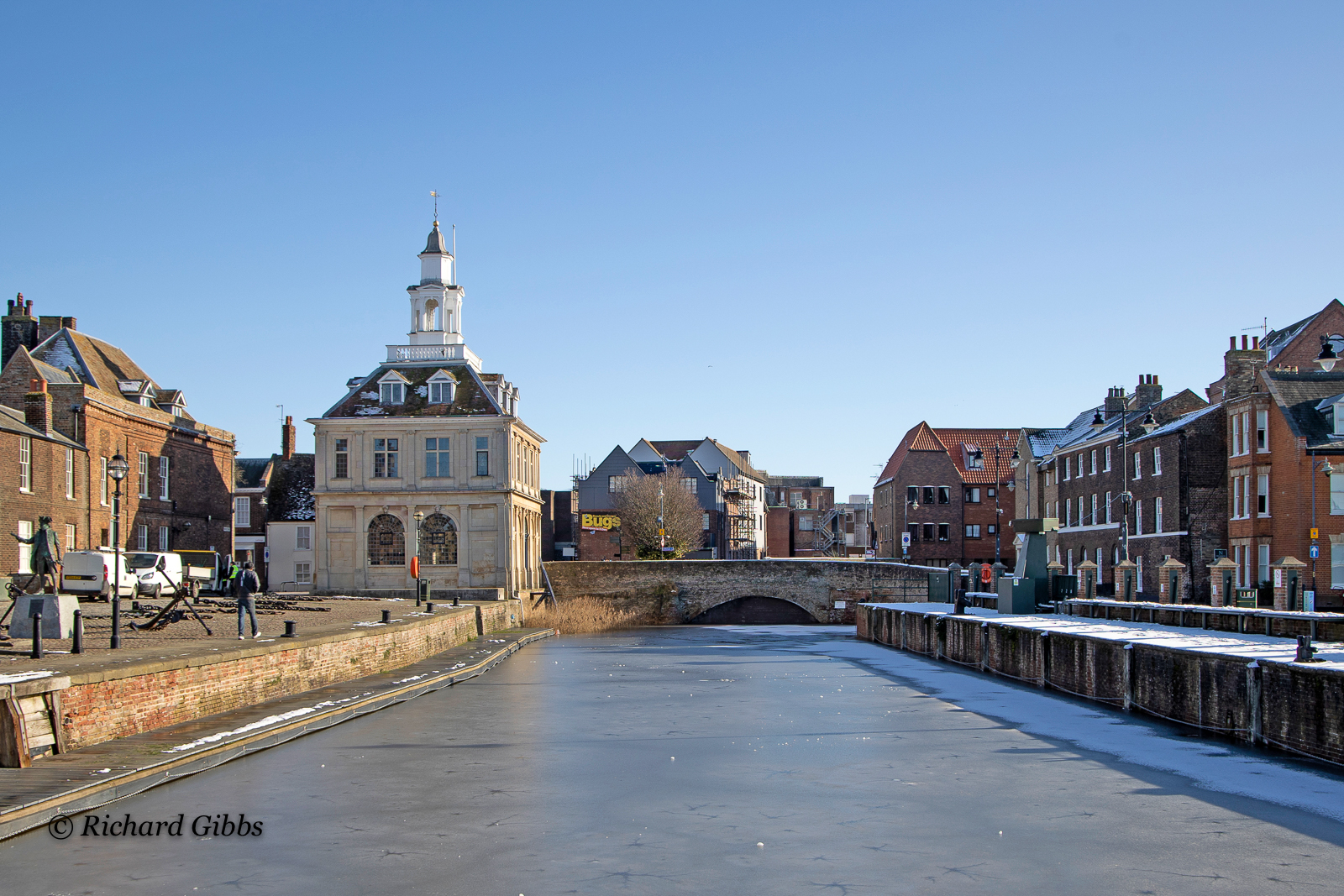 Apart from churches, the county has some exceptionally fine ruins, such as Castle Rising: Walsingham (the most popular pilgrimage site after Canterbury), and Binham Priory, of which the church remains intact: 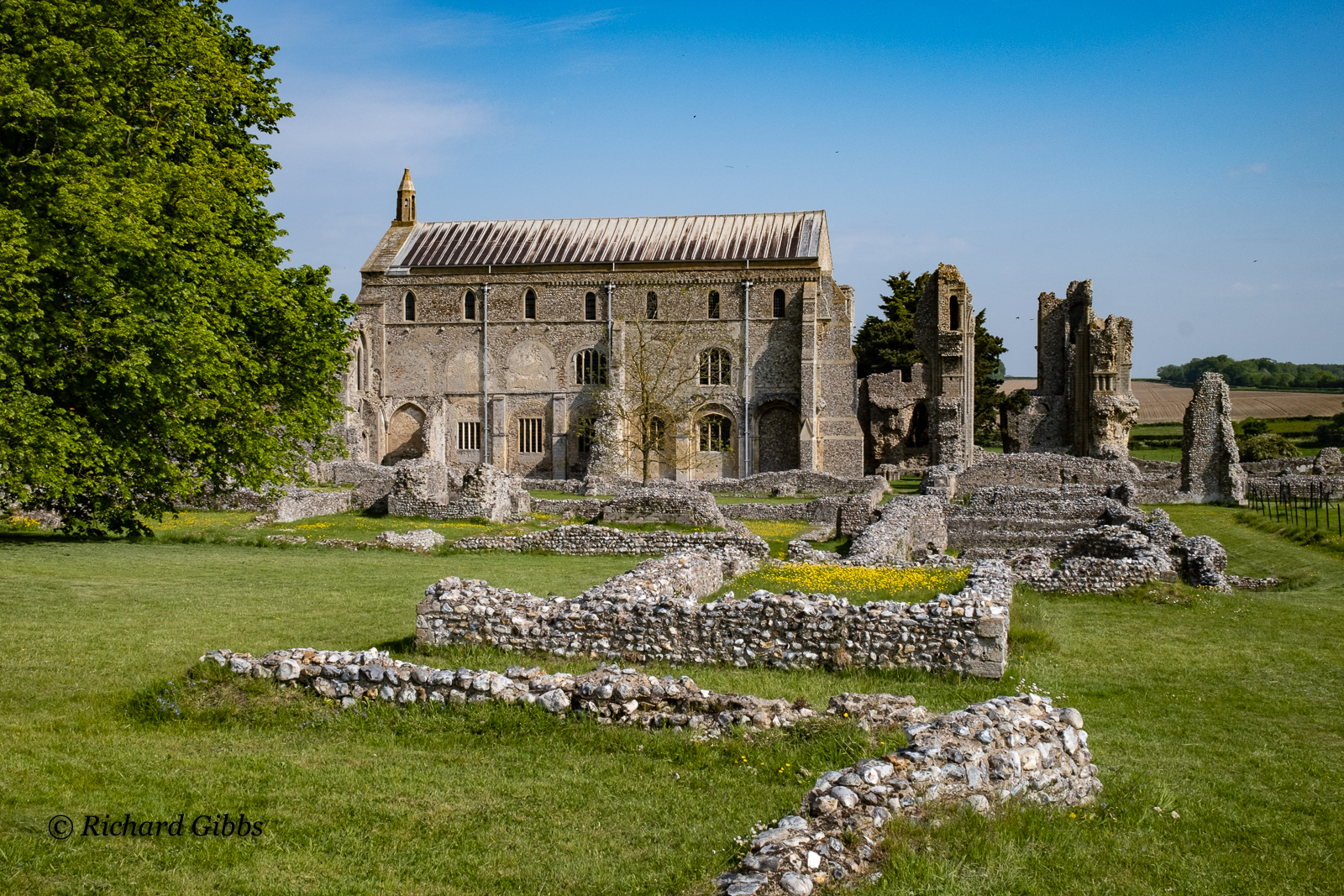 Practically every village has its Hall, like this in Old Hunstanton, where the Le Strange family settled after the Norman Conquest, with still extant rights over the shoreline for as far as you could throw a spear: 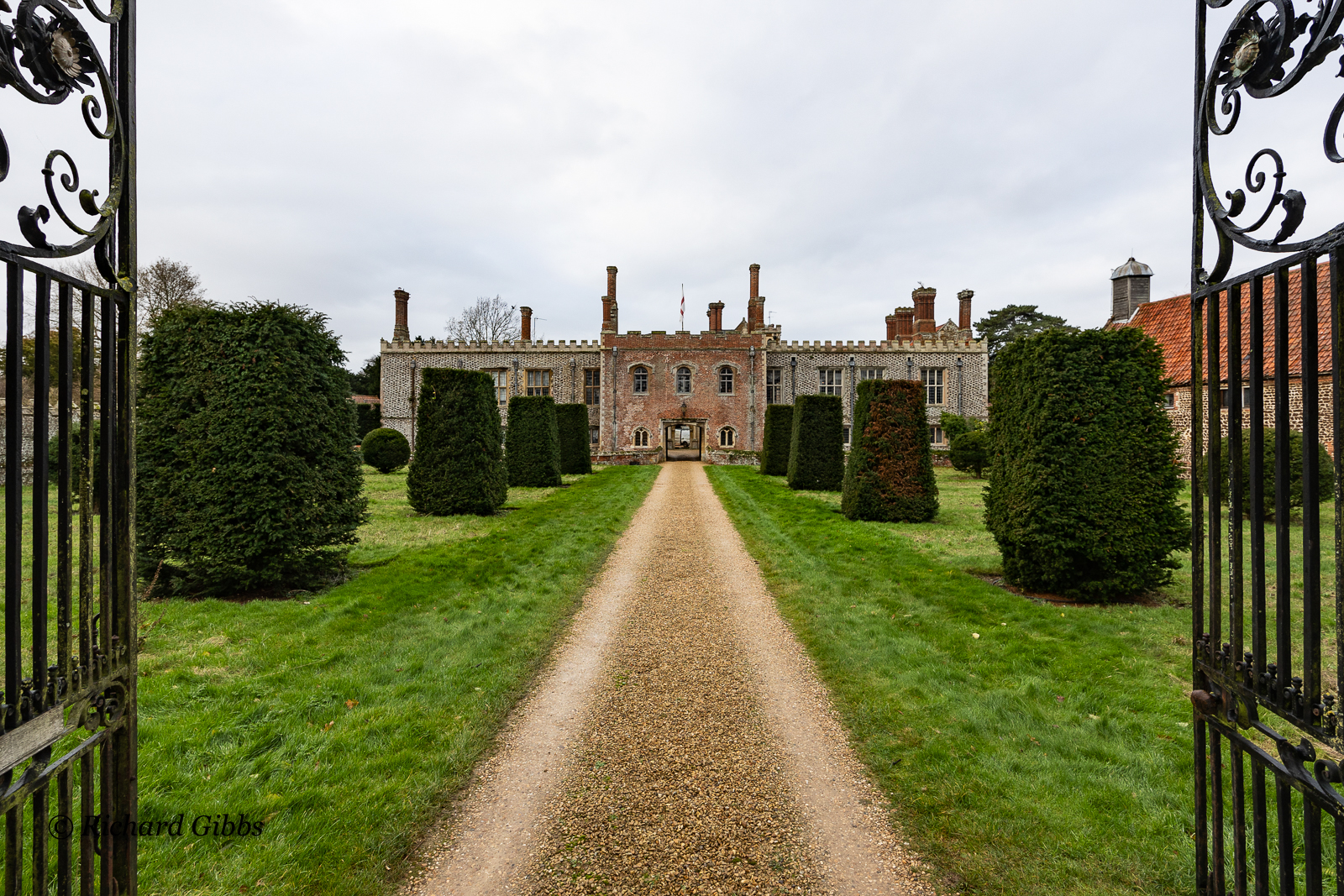 The Le Strange dynasty has now ceased in name, but they created the resort of Hunstanton, and their heirs still hold extensive rights over properties and lands around here..... 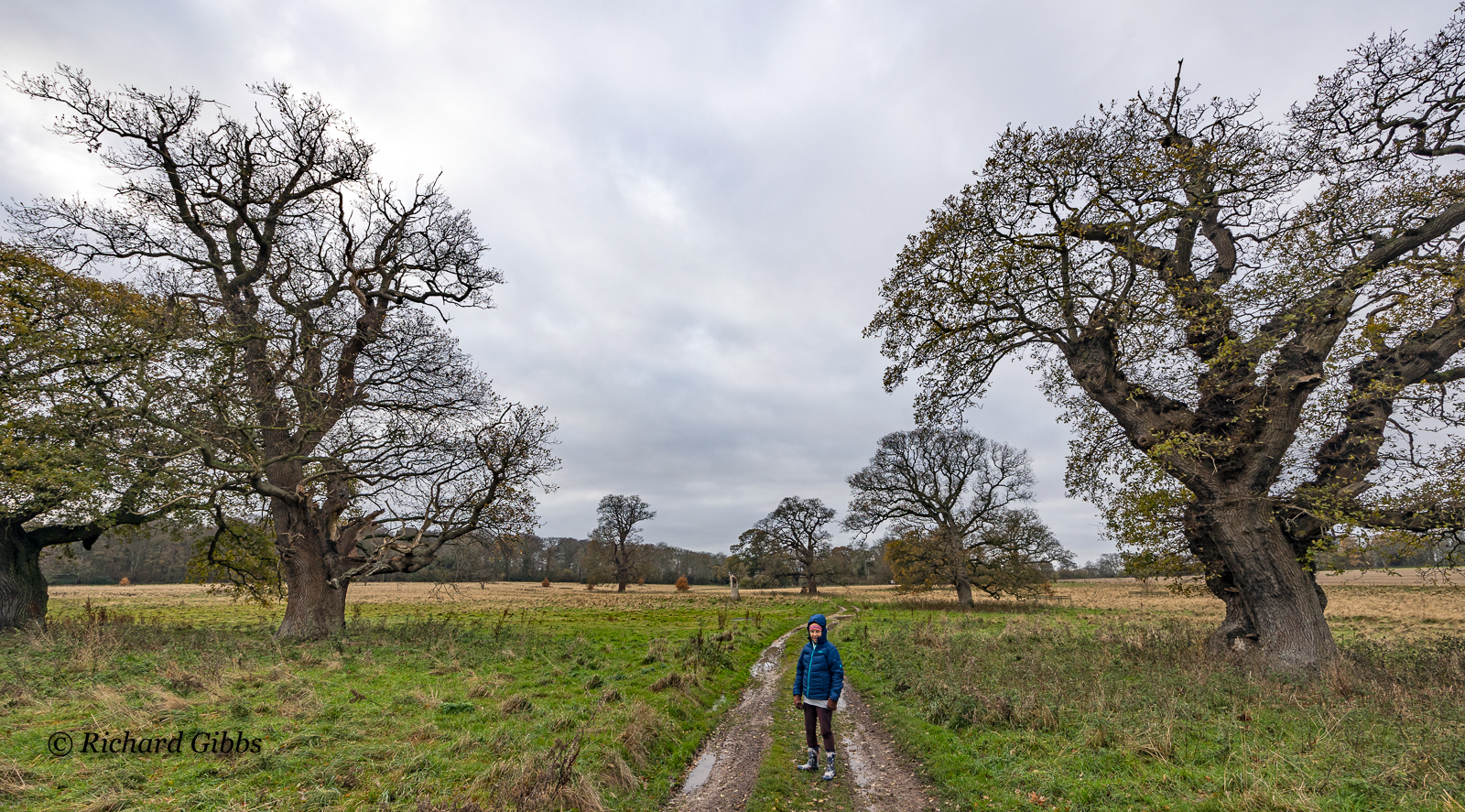 Amanda and I, or Amanda and her carers, walk every day, pacing her progressive demise over this landscape, and along her shores.  Her shadow lengthens every day..... 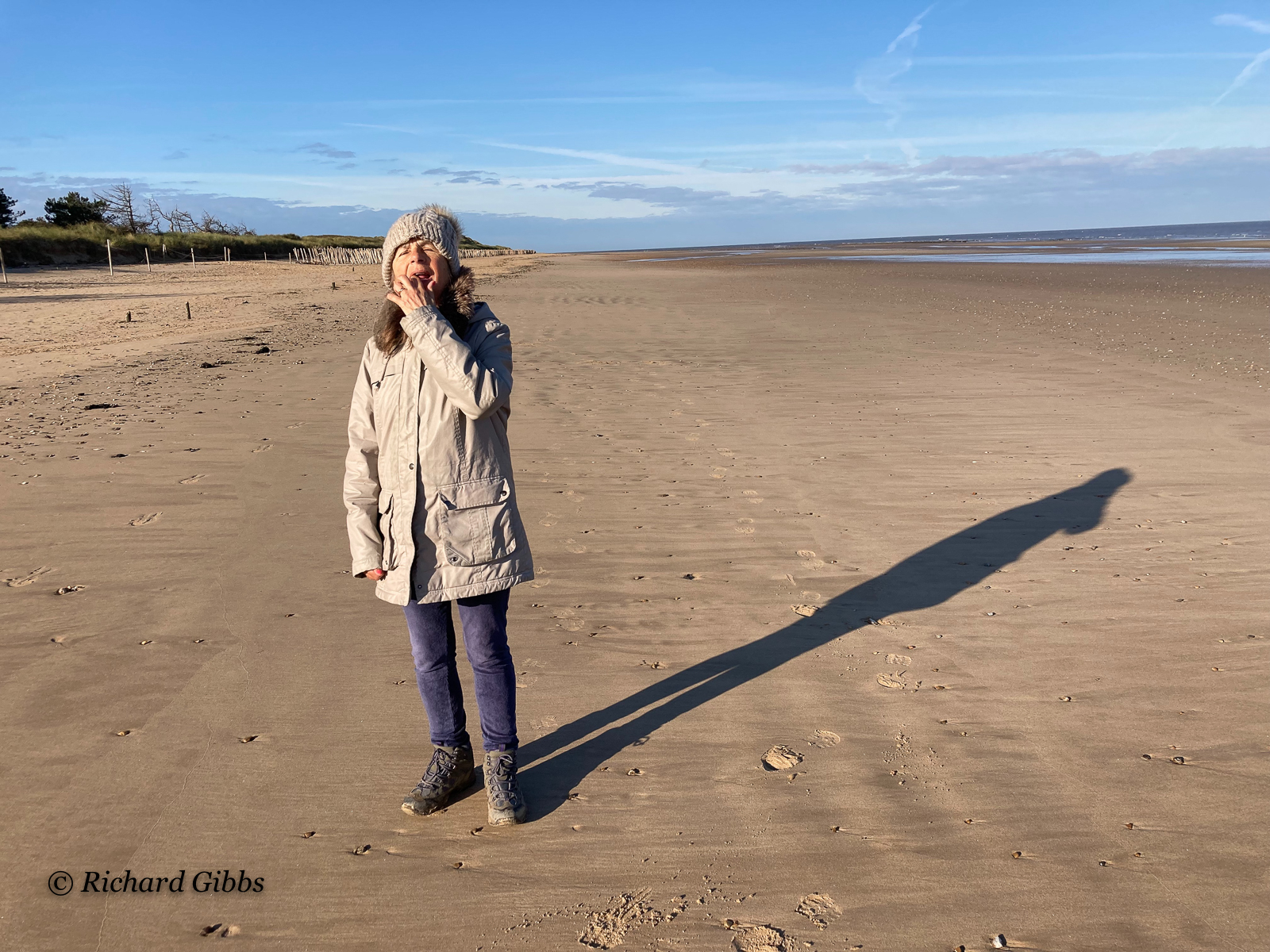 In sunshine, and in cloud (such as here, at Holkham, where Gwyneth Paltrow walked - there walk we):

Sometimes we stop to admire a plant, such as this Sea Holly: 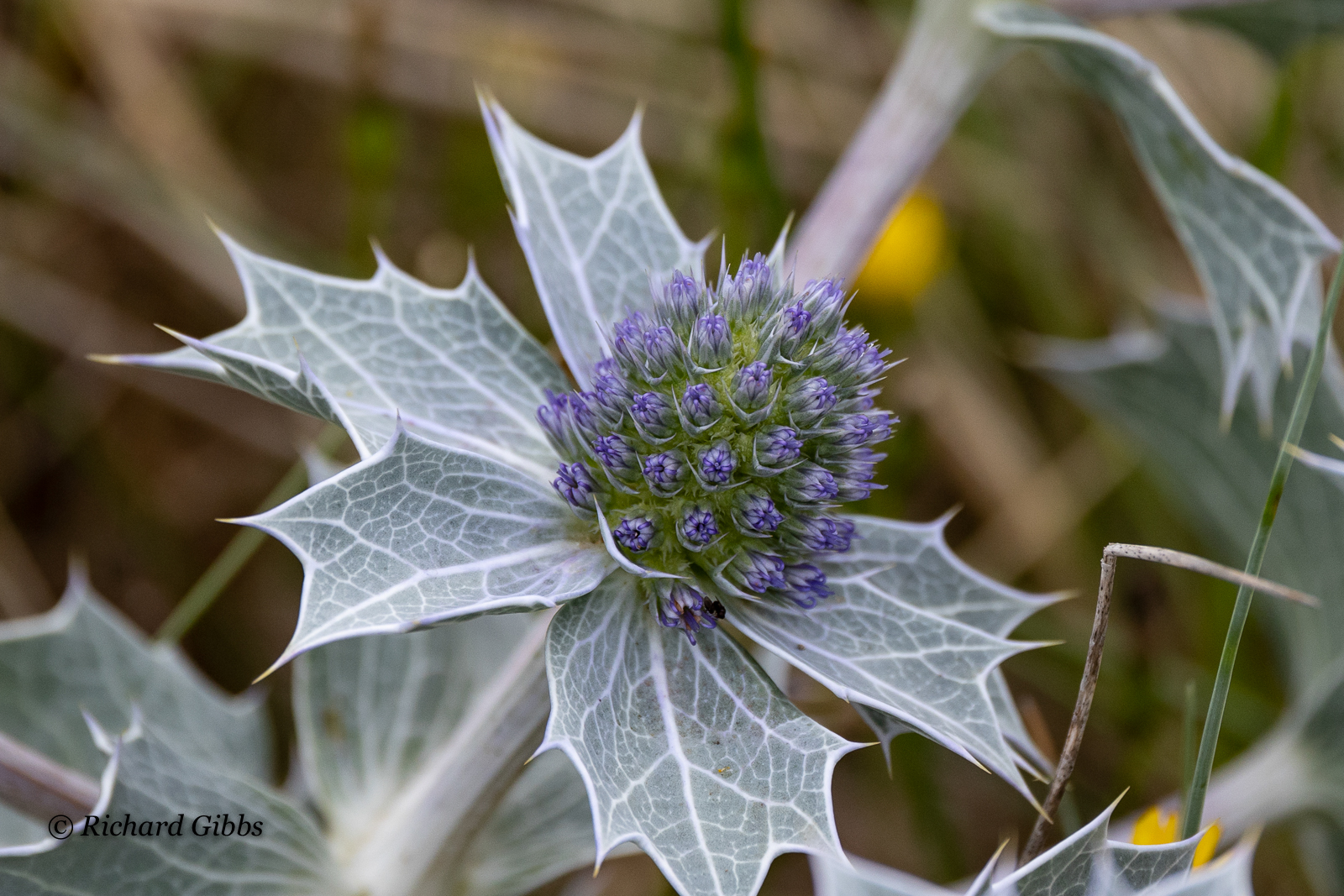 Or we might see a bright cock Linnet watching us: 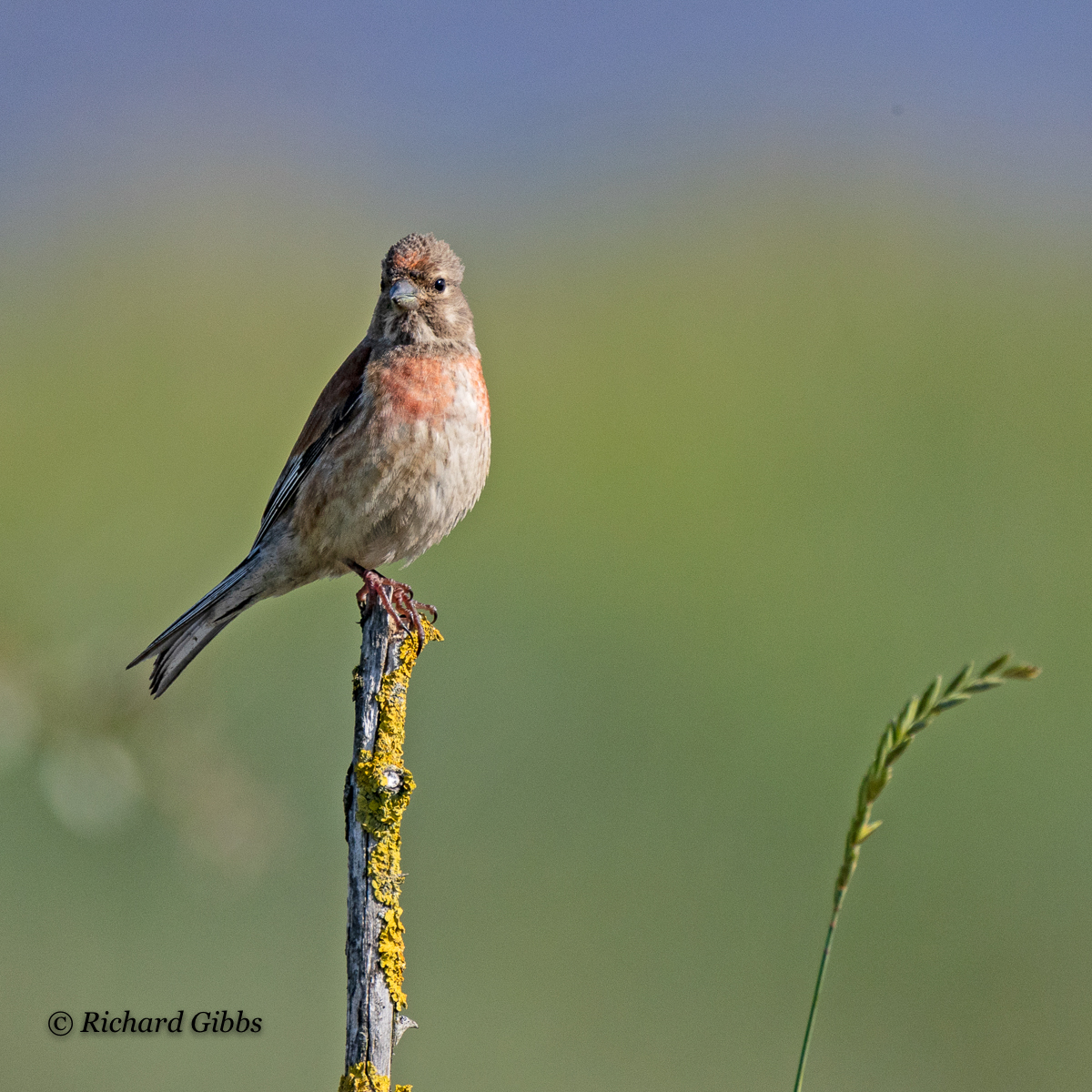 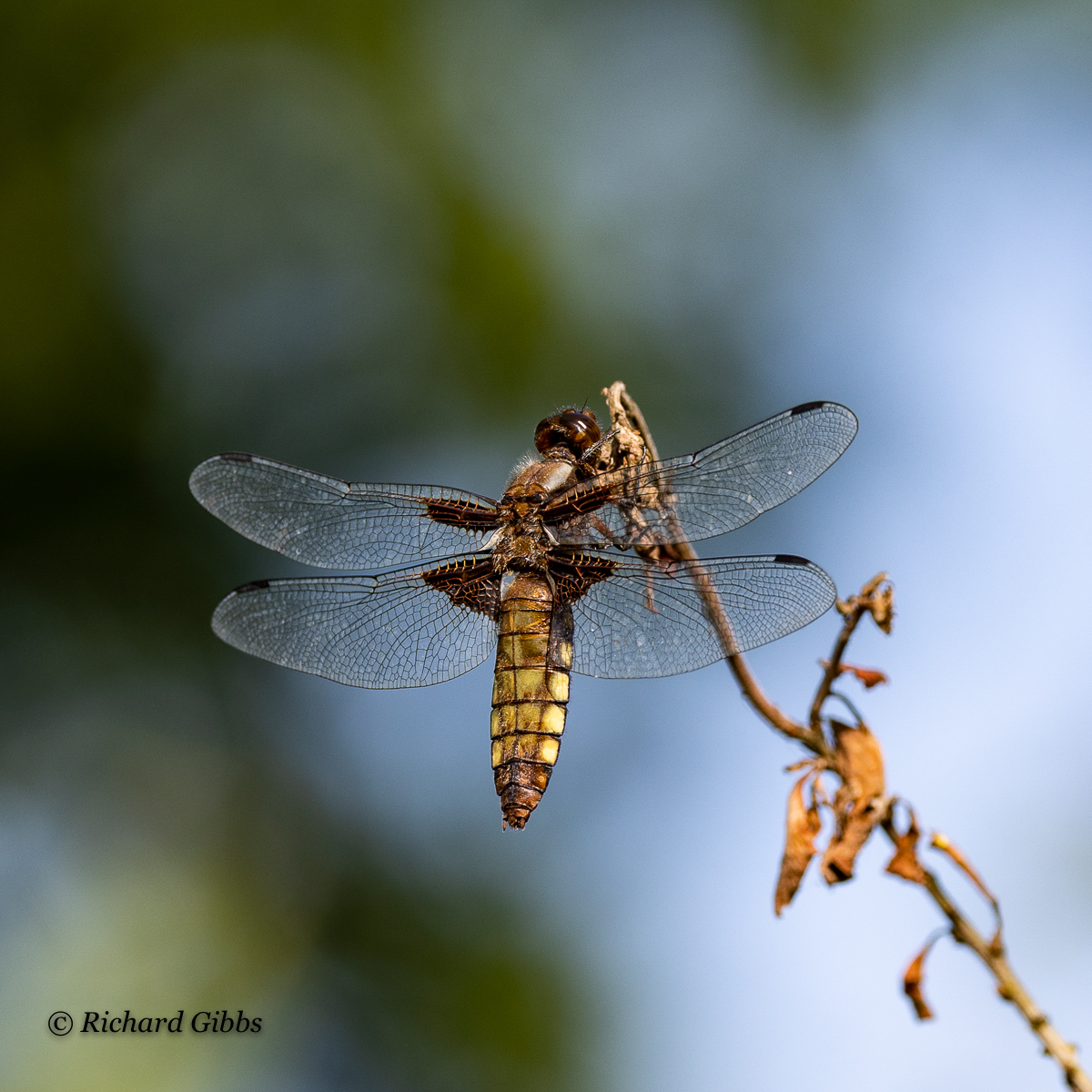 Or perhaps stroke a wild pig (on Wild Ken Hill): 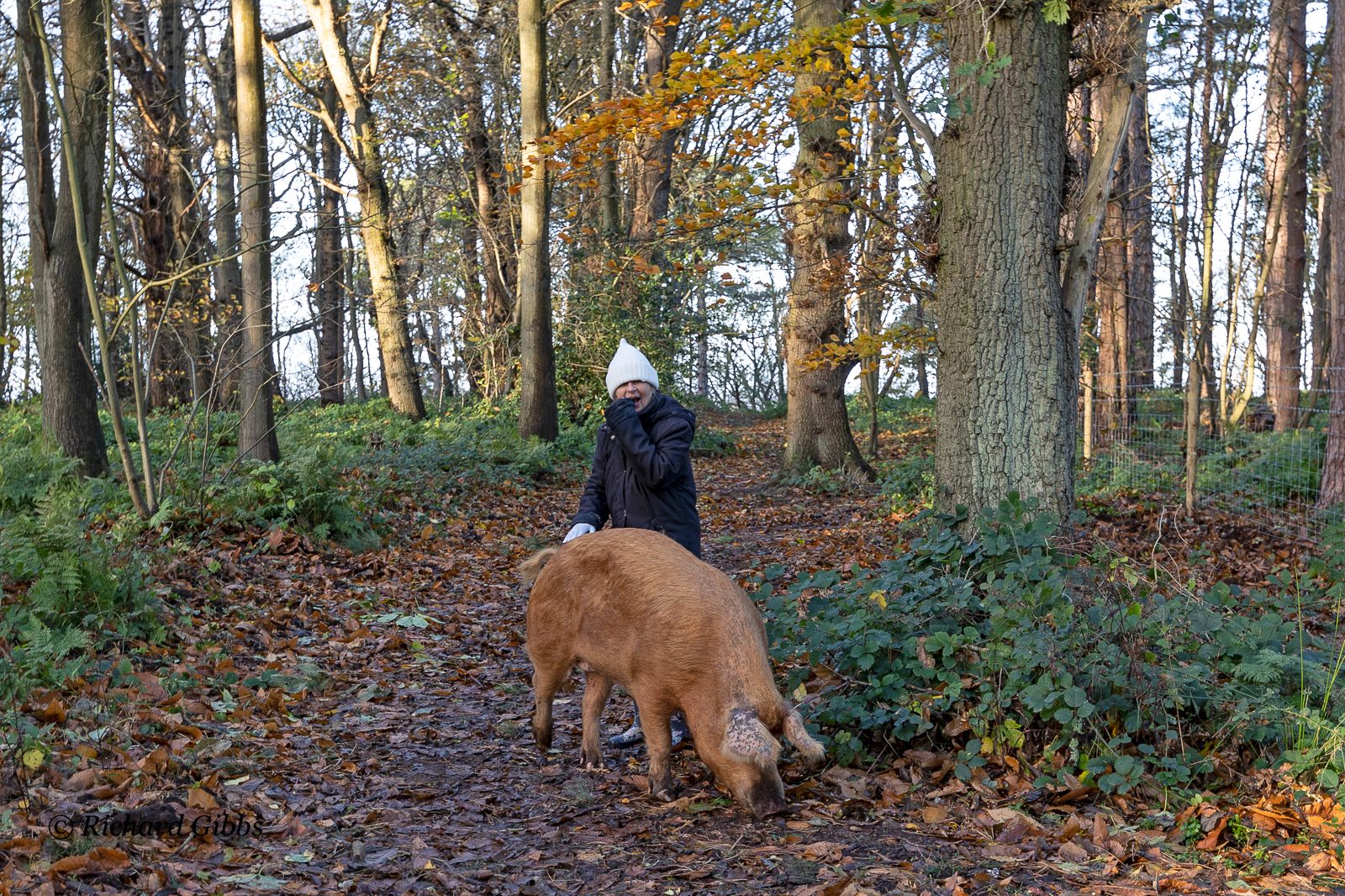 By and large there are fewer people around, out of season.  Our village has its share of holiday lets which burst their seams in the school holidays.  At other times there is a steady flow of grey tourists - bird watchers and dog walkers - but in general there is space.  No longer do we have to shrink into hedges to avoid being mown down by lycra-stripped dog-runners or two grand carbon fibre bikers ignoring footpath signs.....

Off season the beach huts at Wells-next-the-sea are padlocked and sad.  The houses on Snettisham Beach are mostly shuttered up: 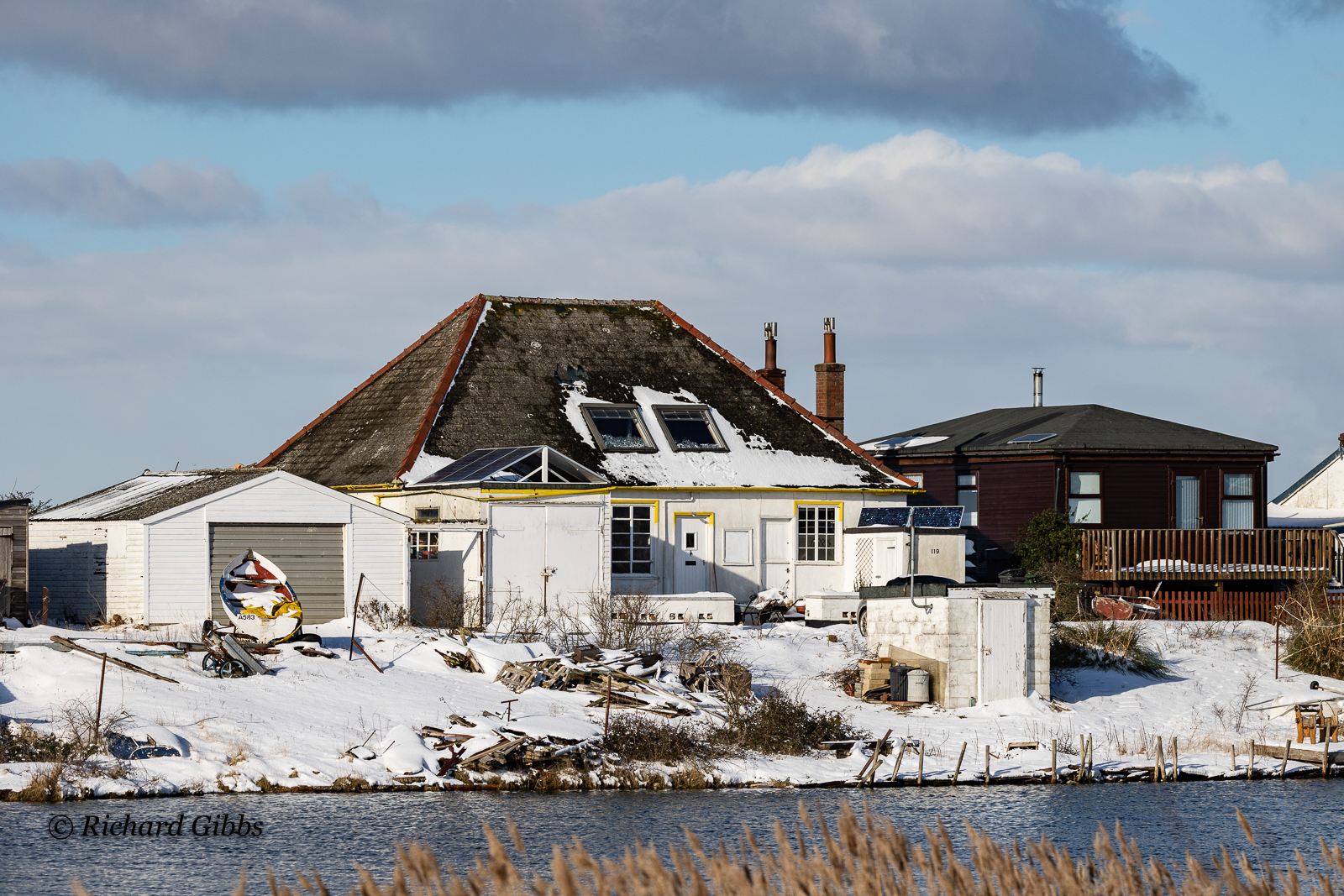 The beaches are full of empty shells......  not wholly unlike us: 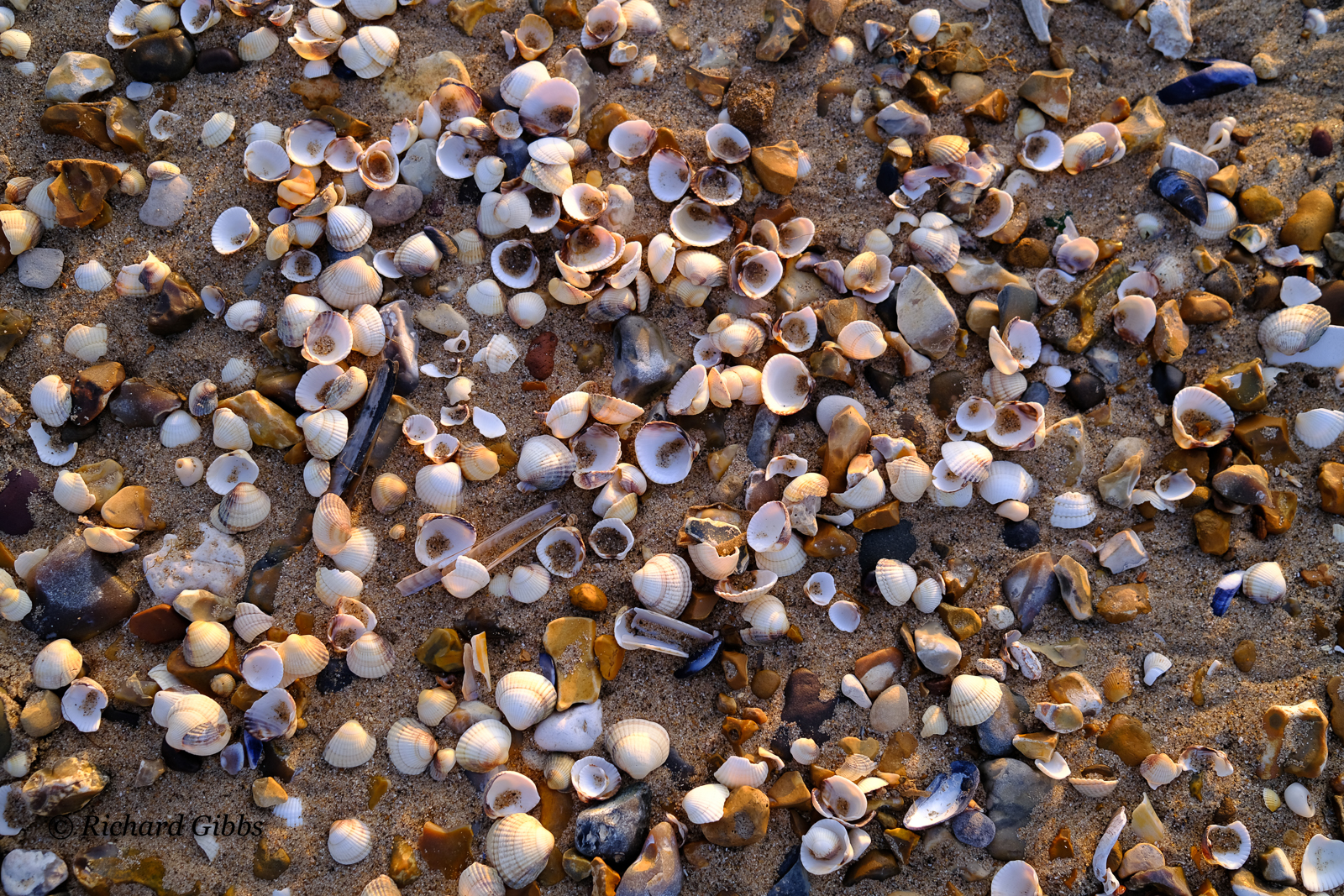 The wide skies fill with birds - geese everywhere and kites here and there:

At Thornham the old coal shed is locked.  Here fuel supplies were brought in by wherry to shield the treeless locals from winter winds: 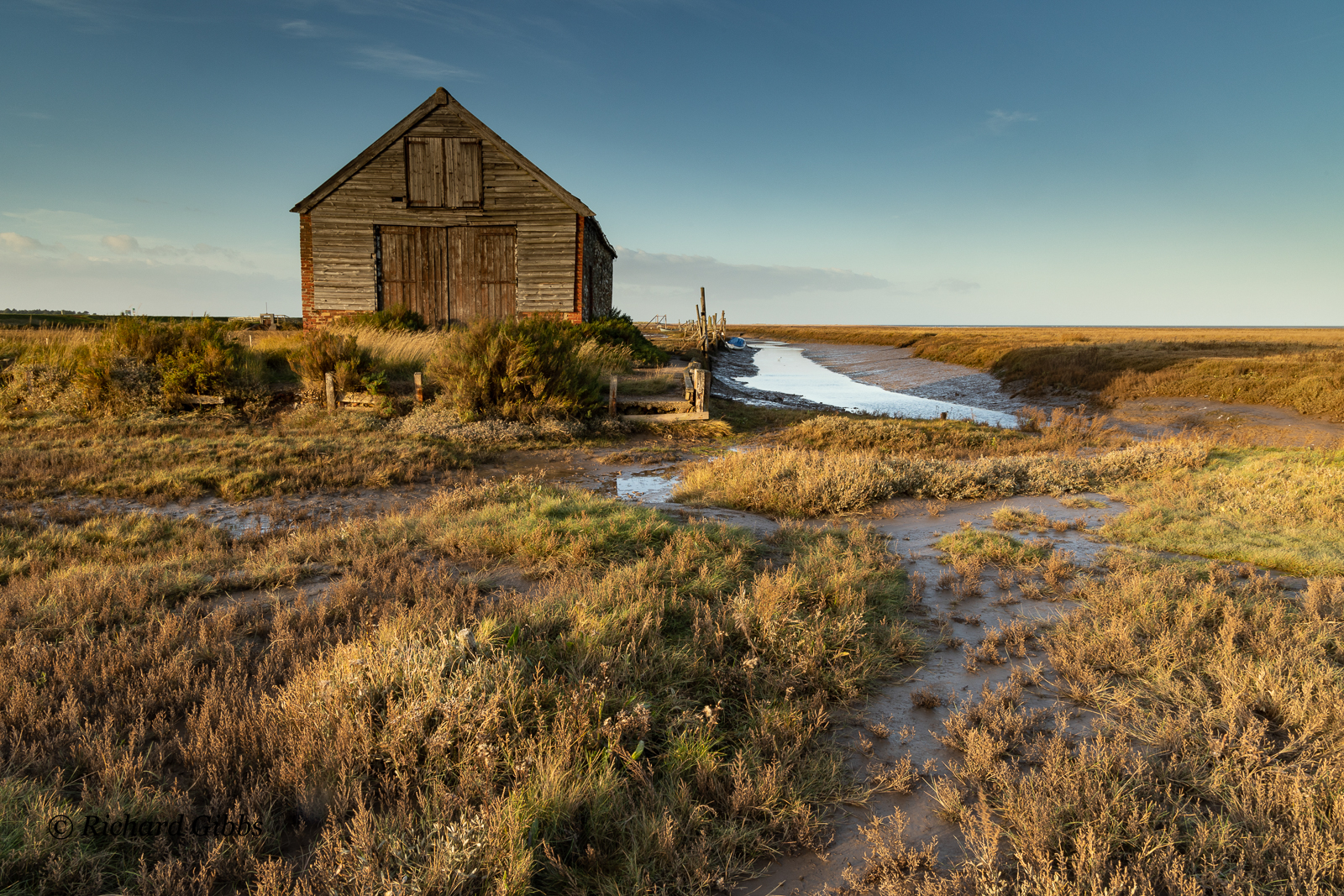 At Snettisham the jetty, from which shingle was ferried to Lincolnshire to make concrete for the bomber squadron airfields, slips slowly into the sea: 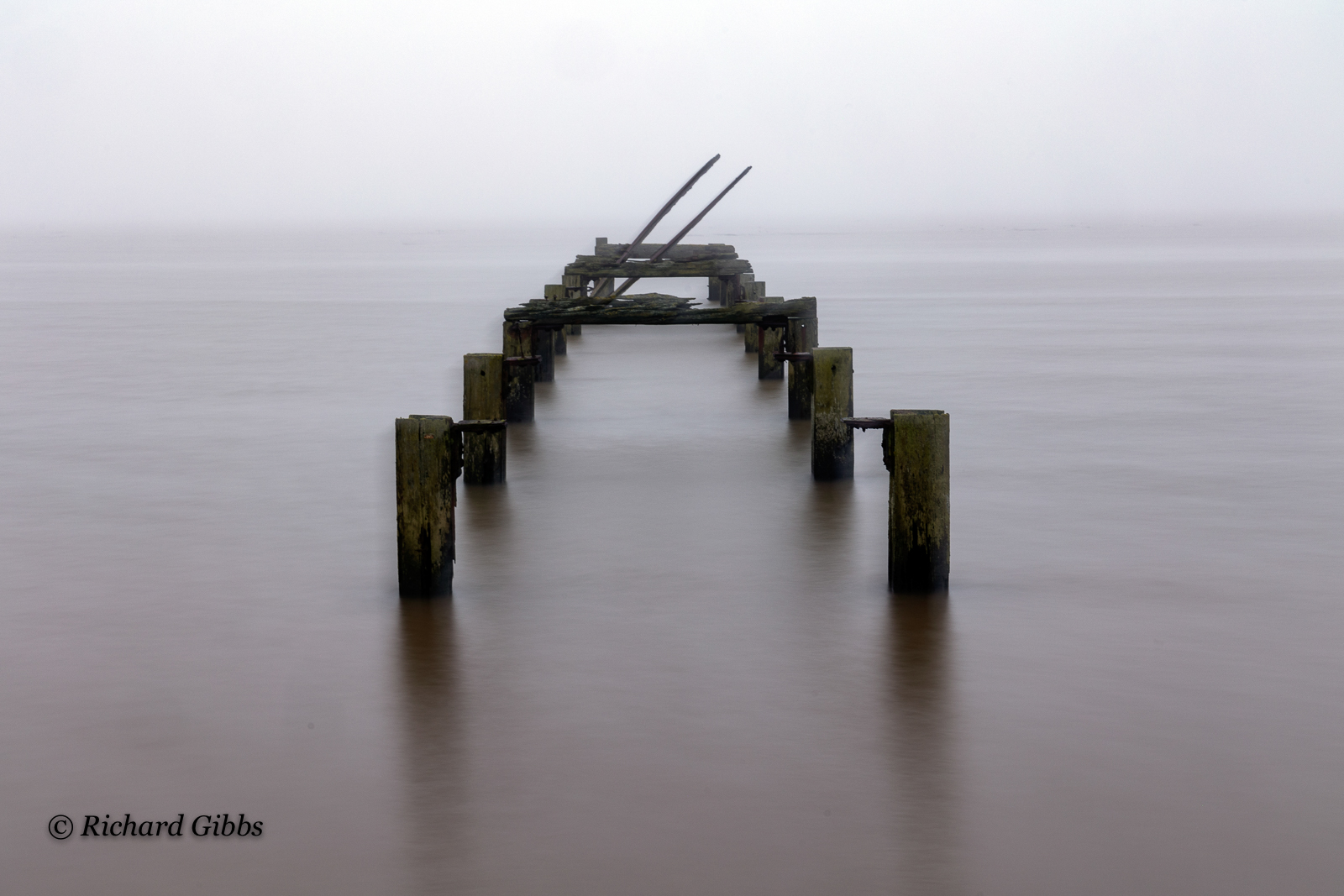 And as the layer cake cliffs of Hunstanton crumble into the sea at high tide the sun sinks over the distant fens..... 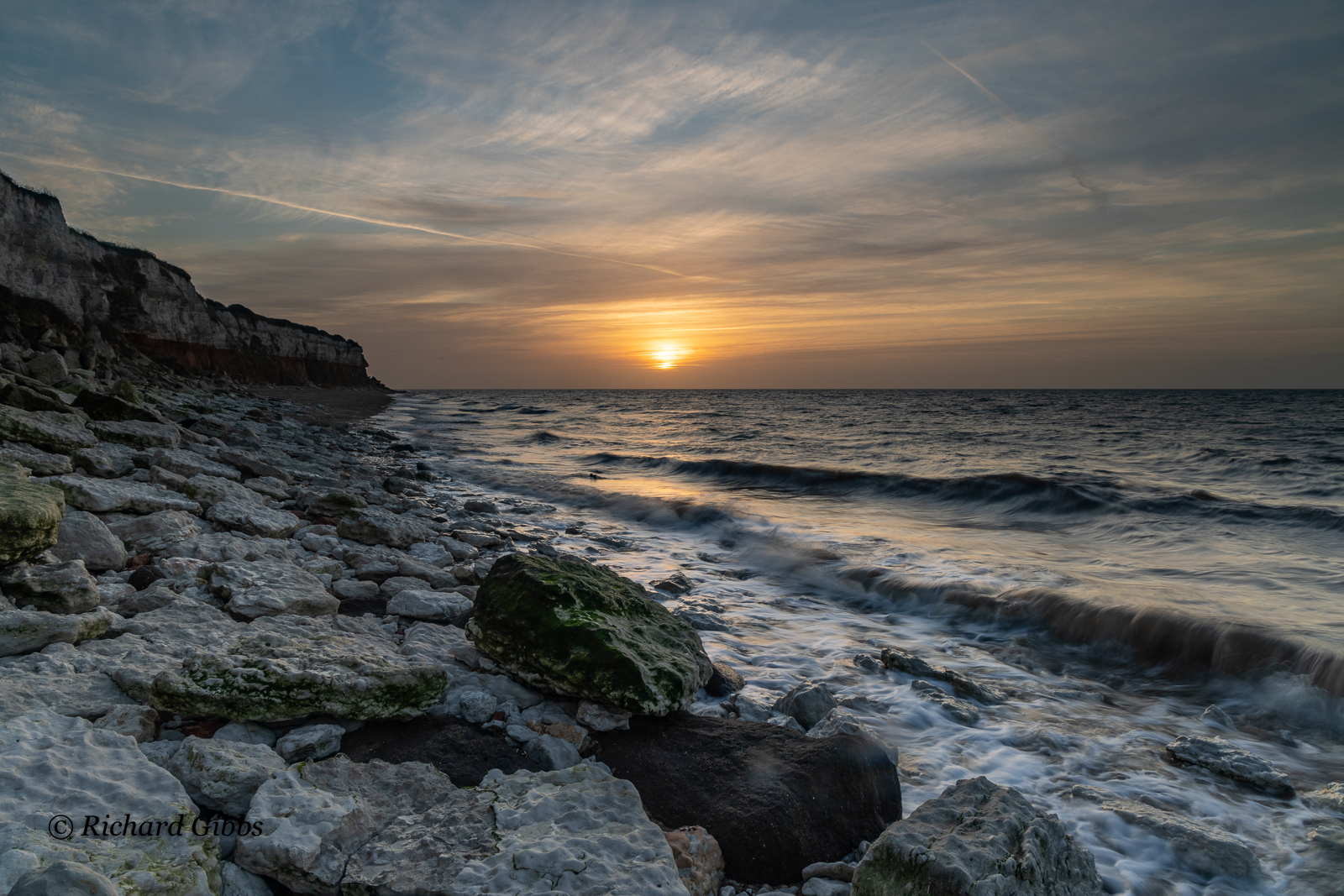 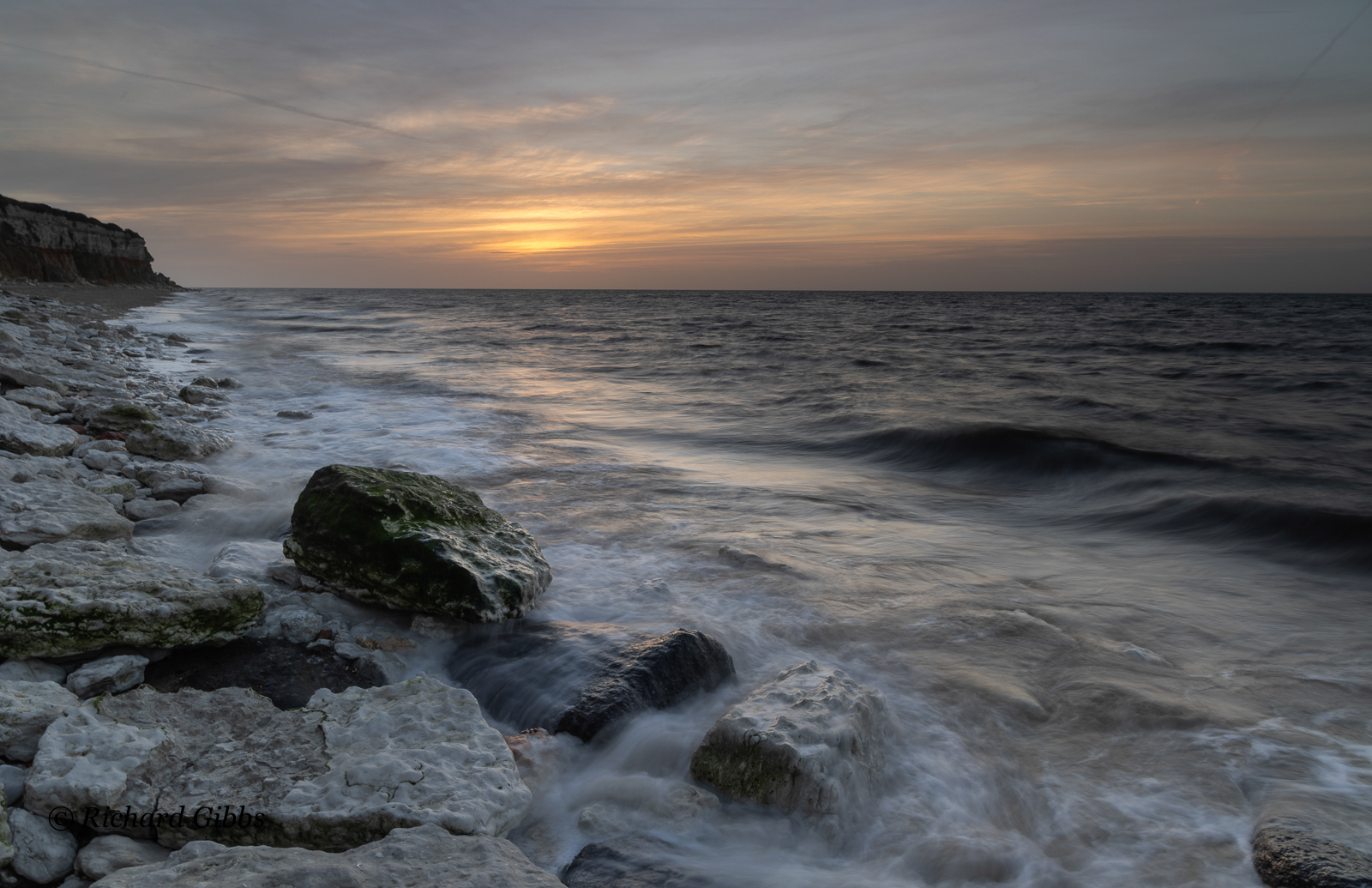 And at low tide there is nothing but mud and the temptation of King John's Jewels under a fuzzy grey sky  patrolled by squawking geese: 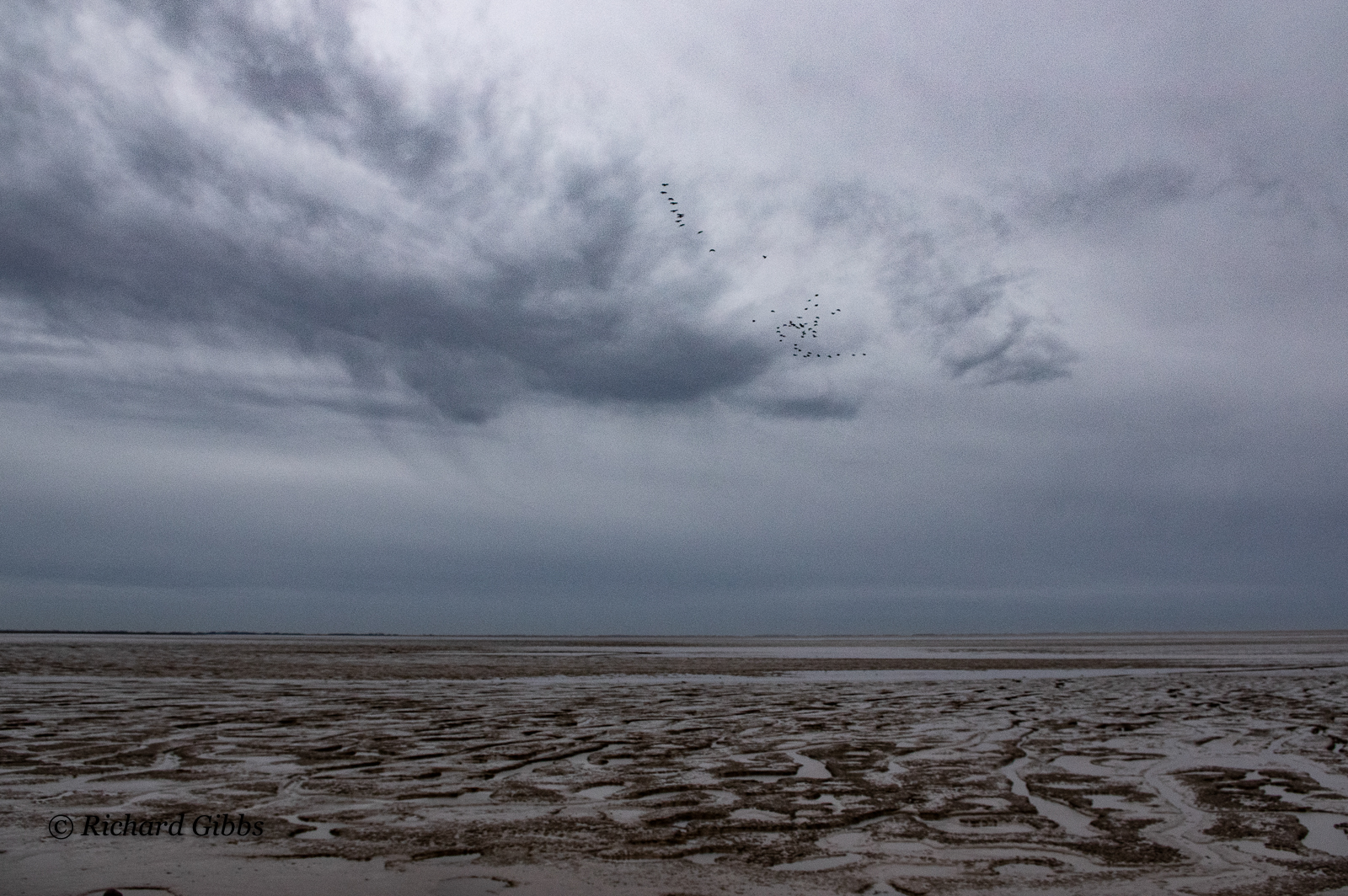 Norfolk has become our home.  Sadly Amanda is unable to communicate her feelings about this, but she has adapted and seems to enjoy our wanderings.  The variety of scenery, light and weather is stimulating and our home is comfortable.  We could not wish for much more....  Enough is, for us at least, enough...... 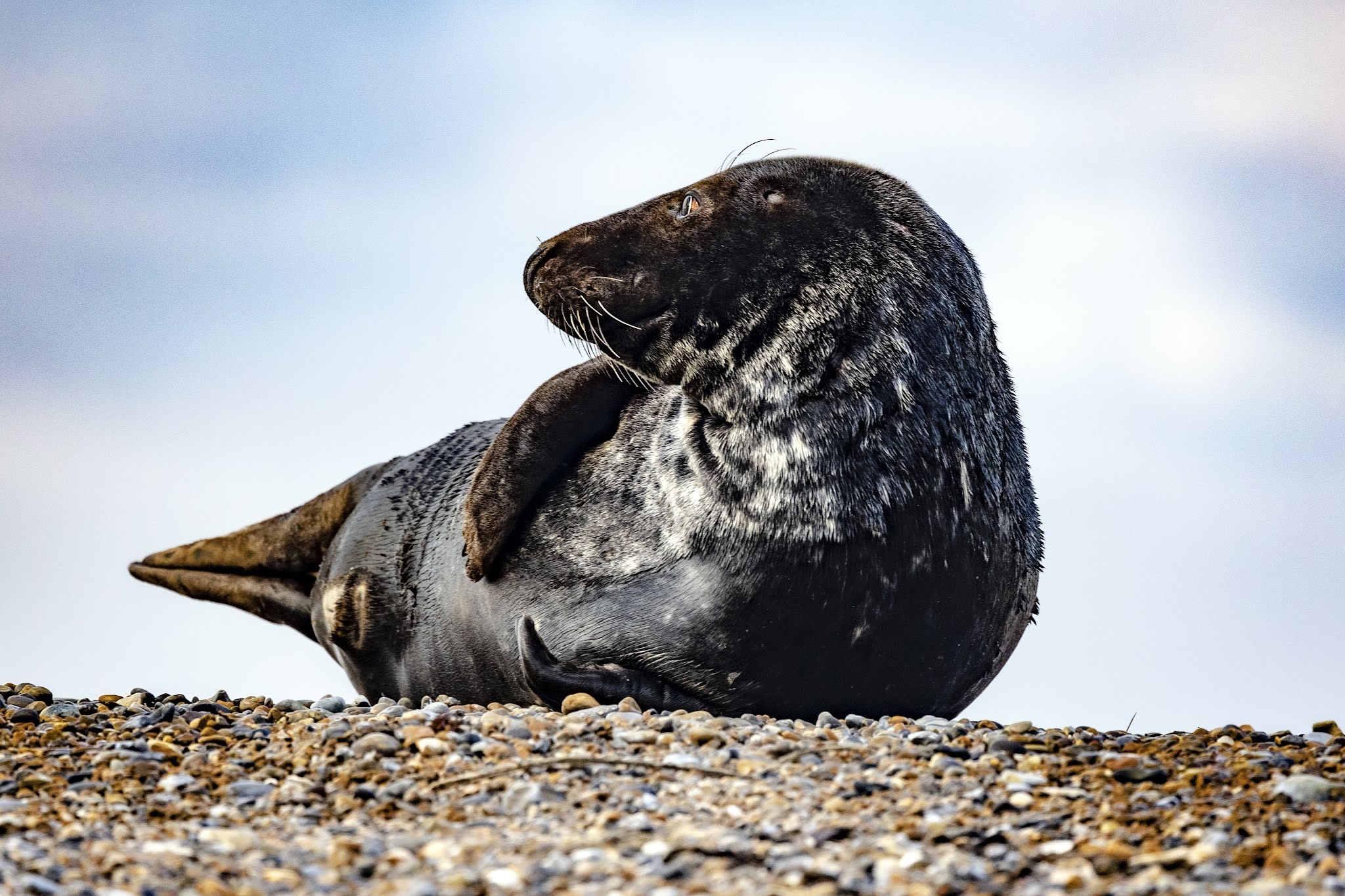 So, for the moment at least, we will follow the rules, irrespective of from whosoever's  moral authority they emanate. 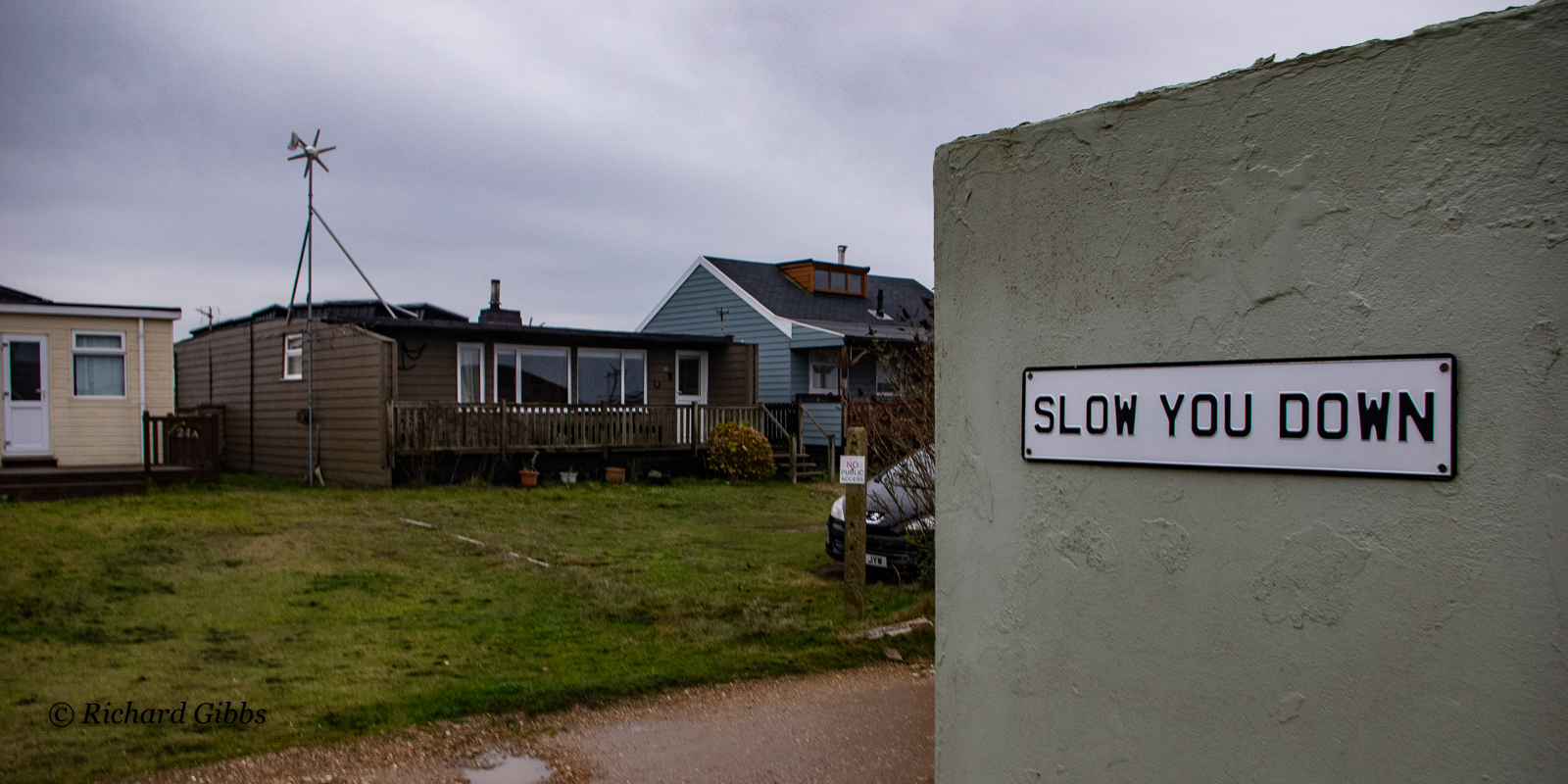 And I recommend you do likewise......
Happy Times!
*   *    *    *
And as a footnote, I found this.  I don't know David Callin (from the Isle  of Man), but would like to, and in the meantime hope he will not mind me reproducing this poem.  You can add your own pictures.....
Snettisham
by David Callin
This is the Wash it seems -
a last exhalation
of the dying land, or something
the sea's been working on
for ages: sketching it in,
rubbing it out,
redoing and redoing it,
never satisfied.
Look at you, all wrapped up,
hat and scarf and
gloves, and those wild eyes
made weak by medication
and hopes confounded so
so many times.
Never this thin before.
Going slowly, in this
flattest part of England,
going slowly downhill.
The birds rise
like a handful of rain
thrown upward,
and the Great Twitcher
in the sky misses
nothing. His fondness
for sparrows is well known. 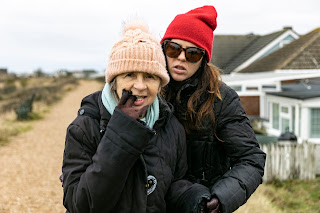