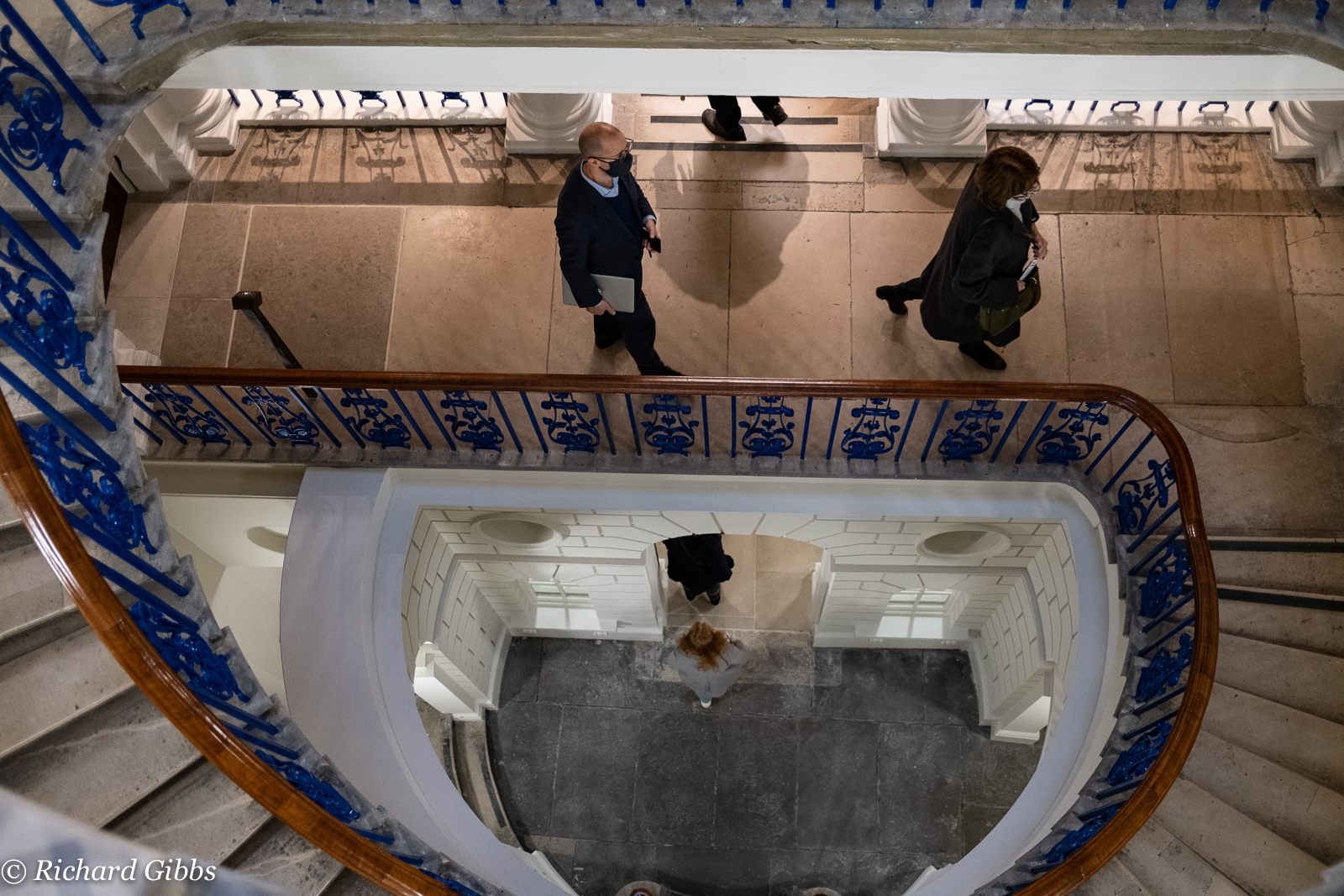 After three years and £57 million, the Courtauld Gallery, in Somerset House, reopened last Friday, and I was able to climb the looping stairs and sample the wonderful collection for an hour or so..... 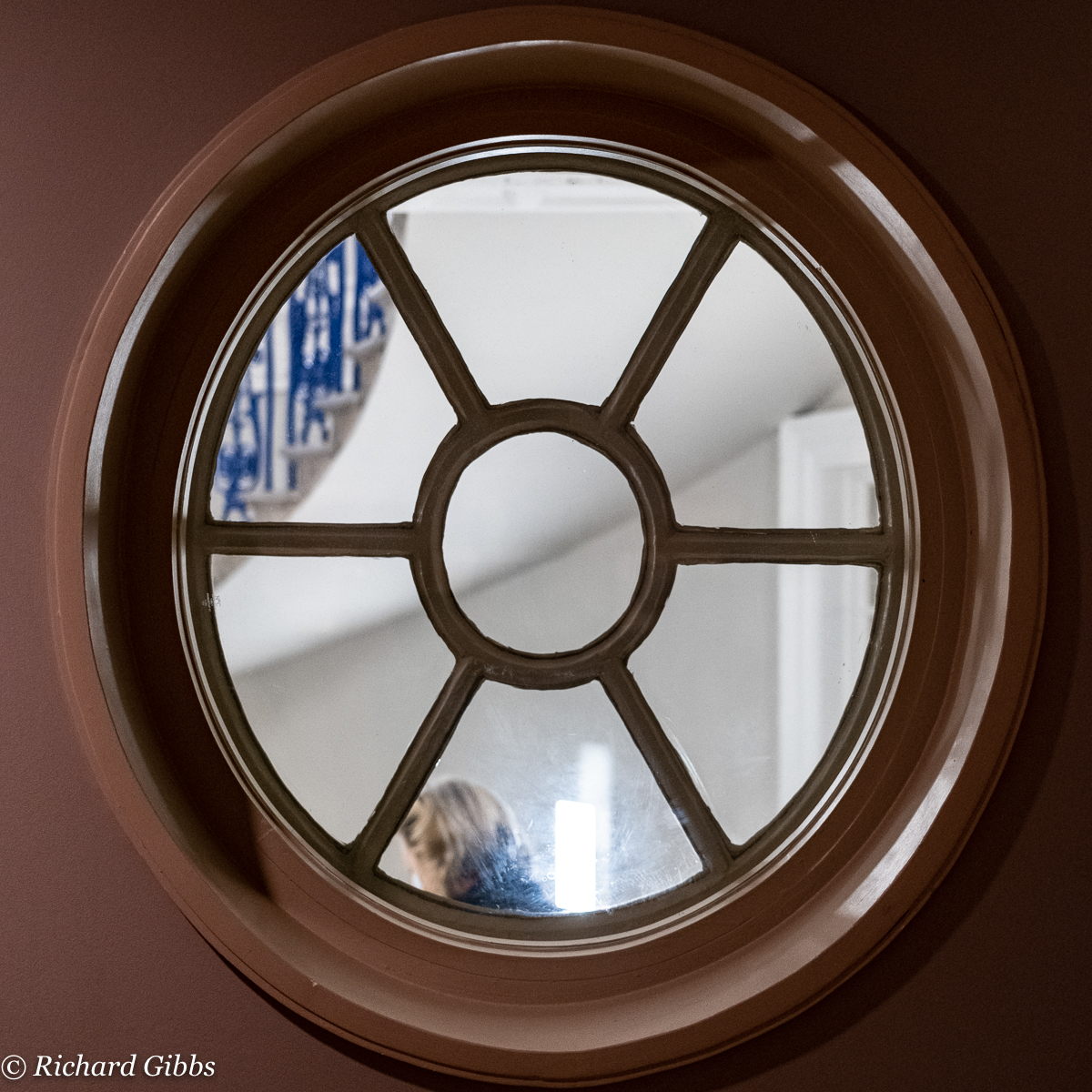 Of course I was not alone, and the bar (or rather A Bar at the Folies-Bergère, Édouard Manet's last major painting) was busy.  Suzon looks a little tired, and yet I wouldn't mind a Bass..... 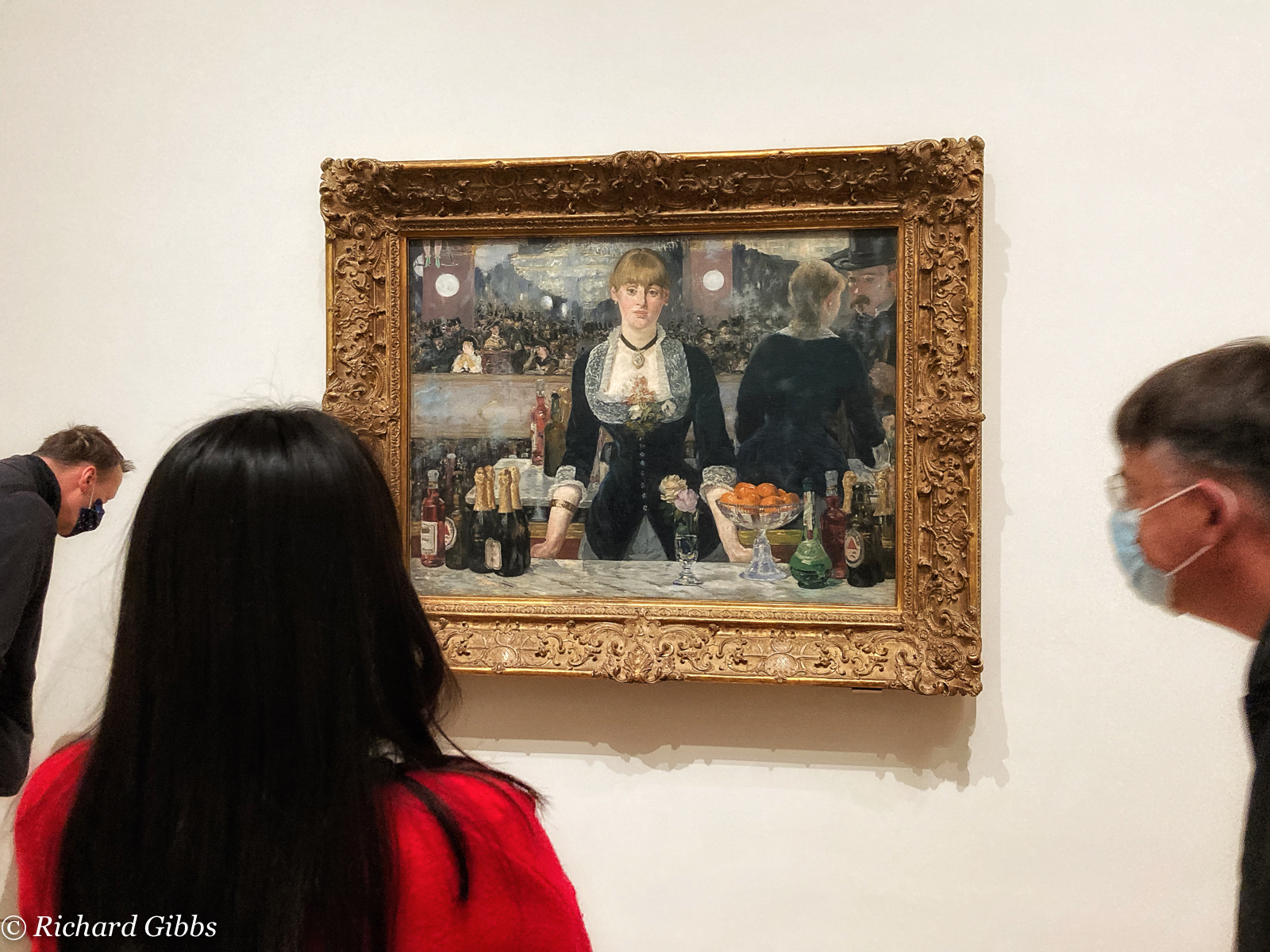 One of the mysteries of the painting is how her reflection in the mirror is off centre, but off centre reflections are not unusual, certainly not in my mind..... 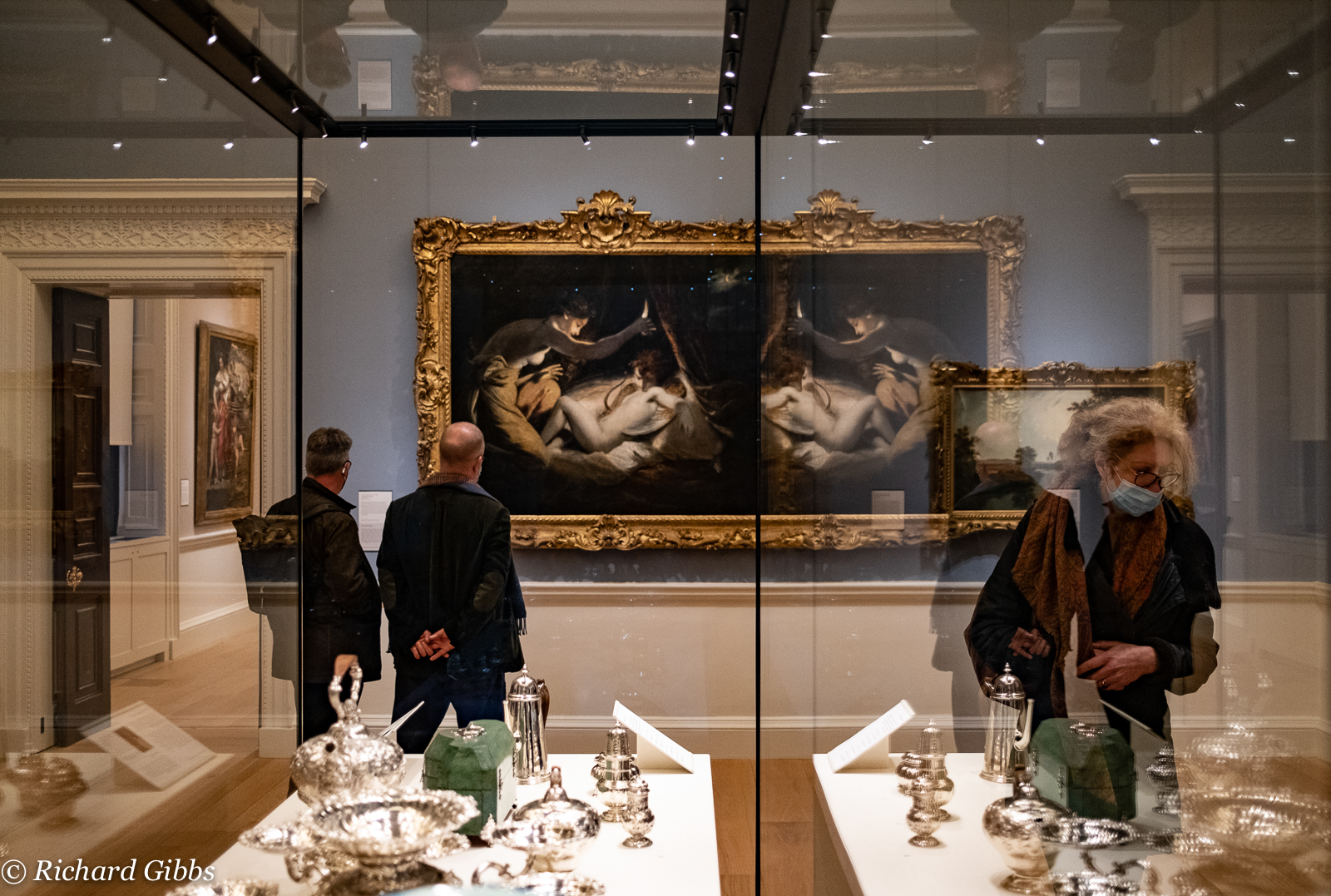 It is a dazzling collection, and the renewed gallery is certainly worth a visit, even if only to stimulate reflection, as I do when marvelling at Pieter Brueghel the Elder (c1525–69)'s grisaille,  Christ and the Woman Taken in Adultery (1565).  This picture has been interpreted as a plea for religious tolerance. Here, light emerges from darkness. Jesus writes, He that is without sin among you, let him first cast a stone at her in dust before the judges and the accused—in vernacular Flemish.
Forgive my twisting this to suit my thoughts, but given the misadventures in the House of Commons and environs of late, perhaps we should seriously reconsider the idea of tolerance?  In terms of the parable, I have no hesitation in endorsing Christ's injunction.  However, in terms of those who should be setting us all an example, there is surely a limit to how pure we need to be before questioning corrupt behaviour?  Who should be the judge now? 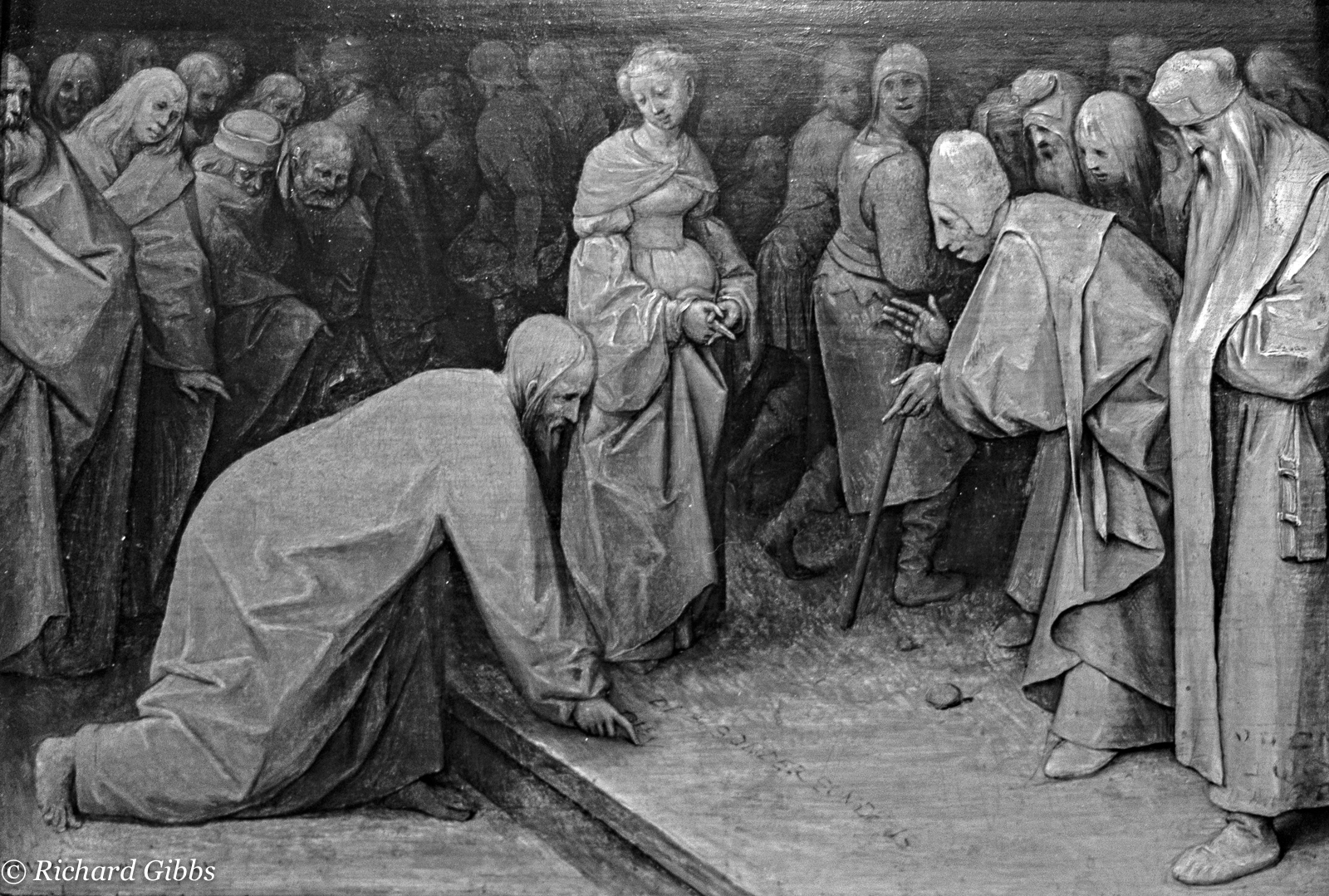 Outside, in everyday London, I am reminded of how tiered our society is.  What price a true levelling up? A girl feeds greylag geese: 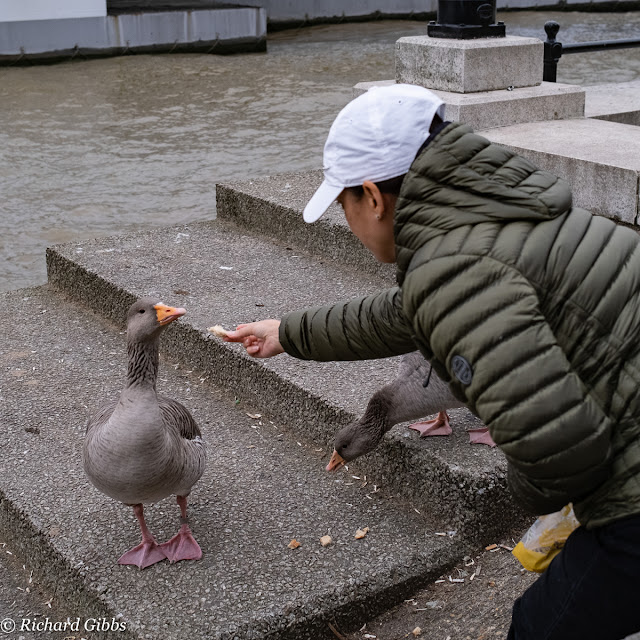 While only yards away a man sits hungry on the pavement: 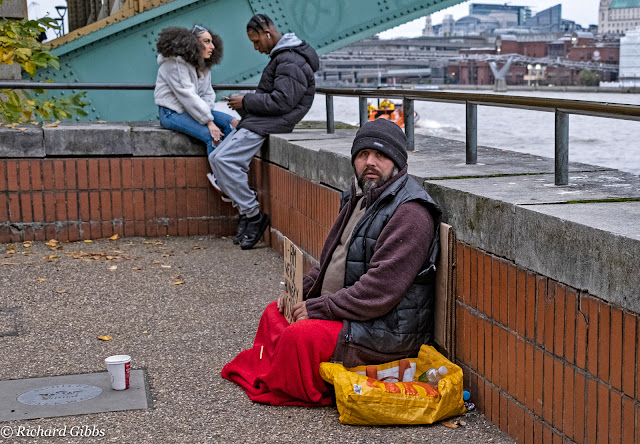 Nearby two well-dressed young people snack beside the Thames: 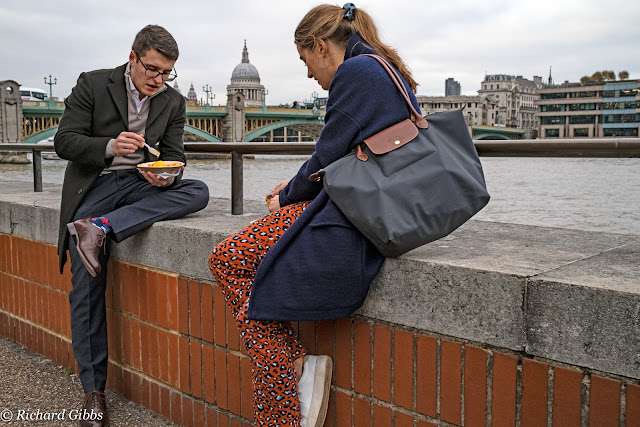 While others sit in isolated splendour at tables in Mayfair: 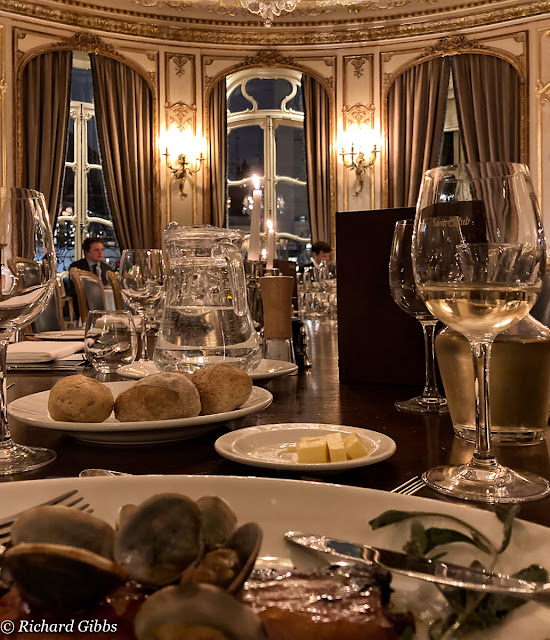 On another tack, a little later I pass the old Coal Office, near St Pancras, musing on how this society grew fat on industry and technology: 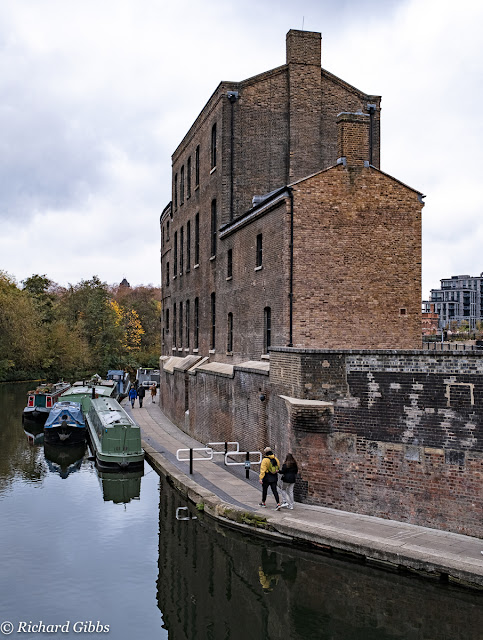 And then I wander into the cemetery of St Pancras Old Church, in Somers Town, where some great names are buried, like Sir John Soane, and Mary Wollstencraft Godwin, the mother of Mary Shelley.
But others are disremembered, their stones heaped at the foot of the Hardy Tree, as a memorial more to the young architect Thomas Hardy (who was tasked here in the 1860s with making space for expansions of the railway) than to the names engraved on the stones. 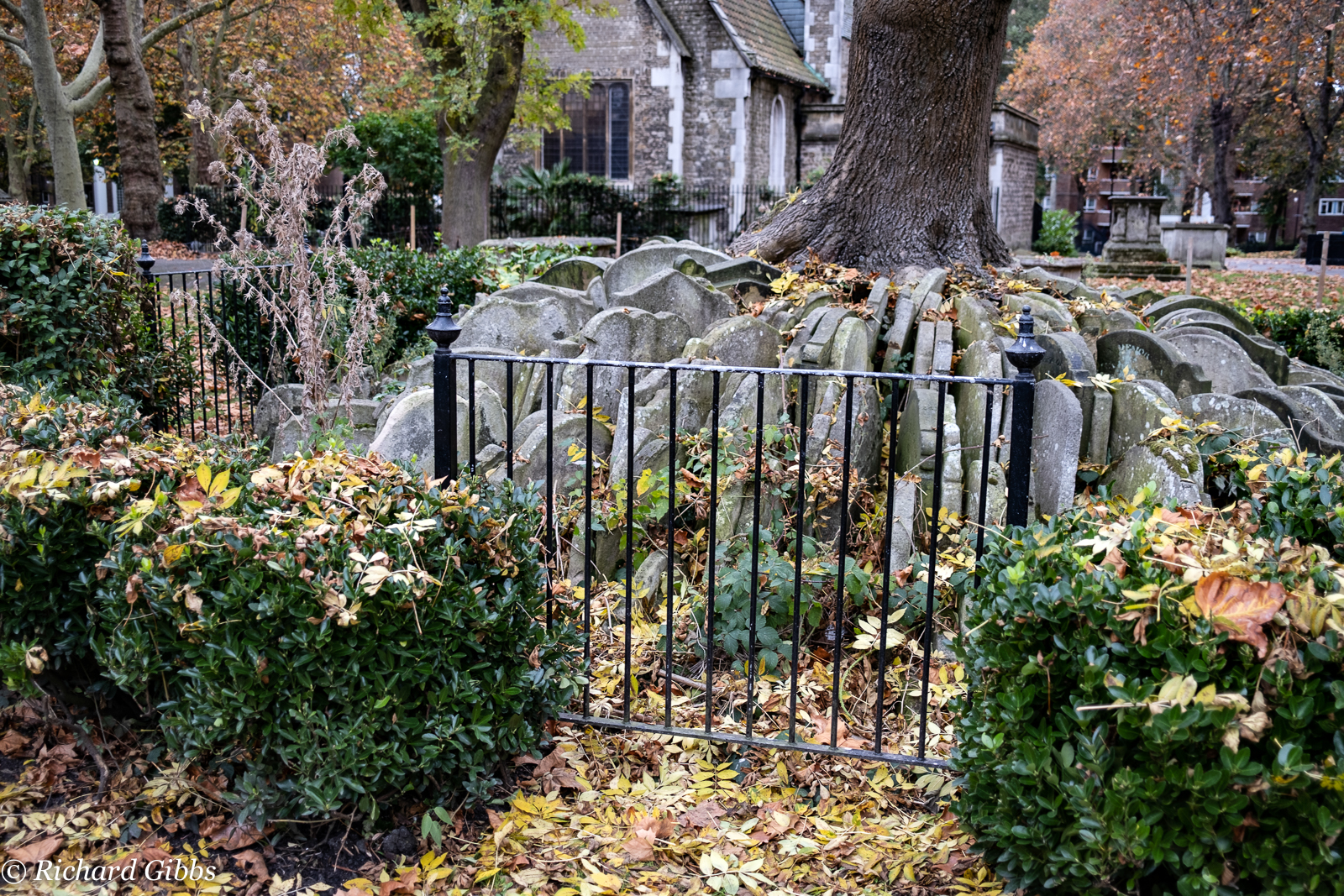 These are people's last stones.  Let it be remembered that whosoever shall cast the first stone, will also need a last one.....
There's a thought for Christmas...... 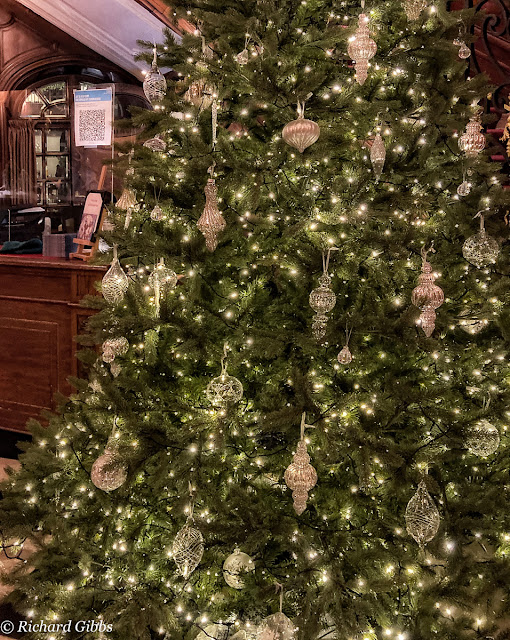 They hail me as one living,
But don't they know
That I have died of late years,
Untombed although?
I am but a shape that stands here,
A pulseless mould,
A pale past picture, screening
Ashes gone cold.
The Dead Man Walking
by
Thomas Hardy