WHAT have I done for you, 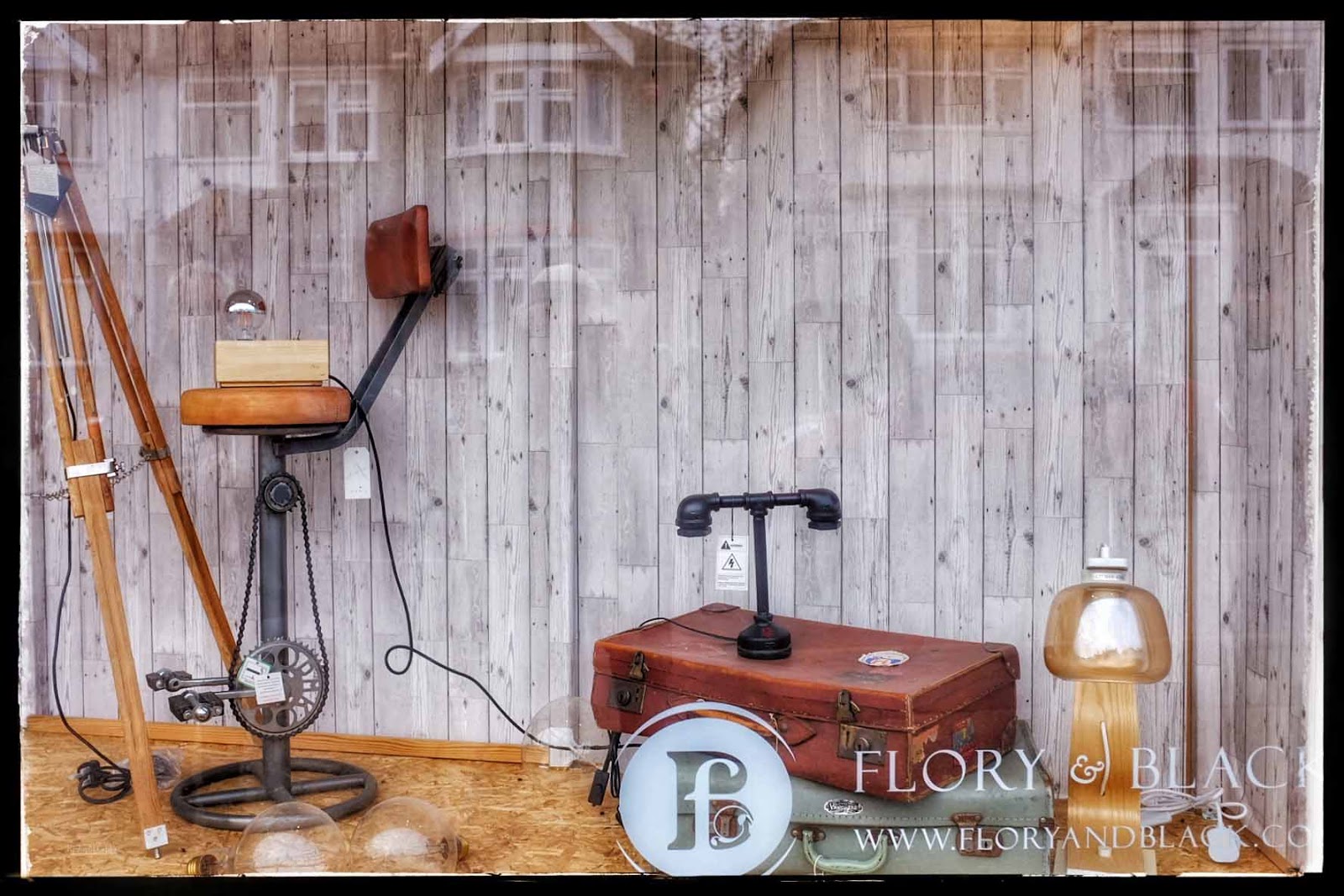 Not long before the First World War, D H Lawrence wrote a story entitled England, My England.  In 1912 he had eloped with Frieda von Richthofen, the wife of one of his former teachers at Nottingham.  They started their life together in Germany, but Lawrence was arrested as an English spy.  They walked south, across the Alps, into Italy. 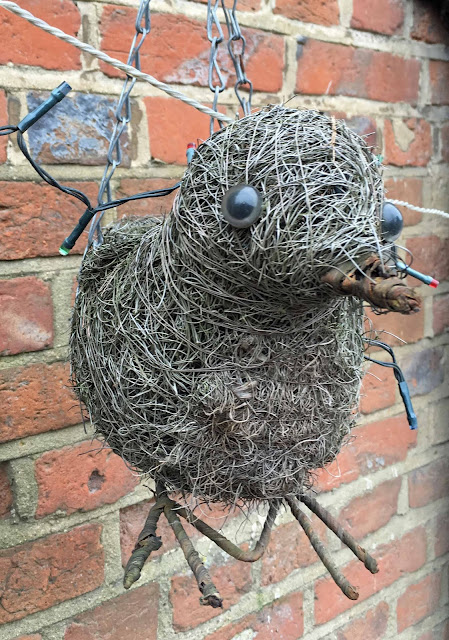 After Frieda obtained a divorce, she and Lawrence were married, in July 1914, in England.  They lived for a while in Zennor, in Cornwall, but were accused of spying, and signalling to German submarines.

In October 1917, under the Defence of the Realm Act, Lawrence was forced to leave Cornwall at three days notice.  They lived for a while in Berkshire, and then in Derbyshire, but as soon as they were able, they left England, escaping, if you will, from poverty and harassment, and seeking better health (Lawrence suffered from lung problems for much of his life, and died in 1930 from tuberculosis). 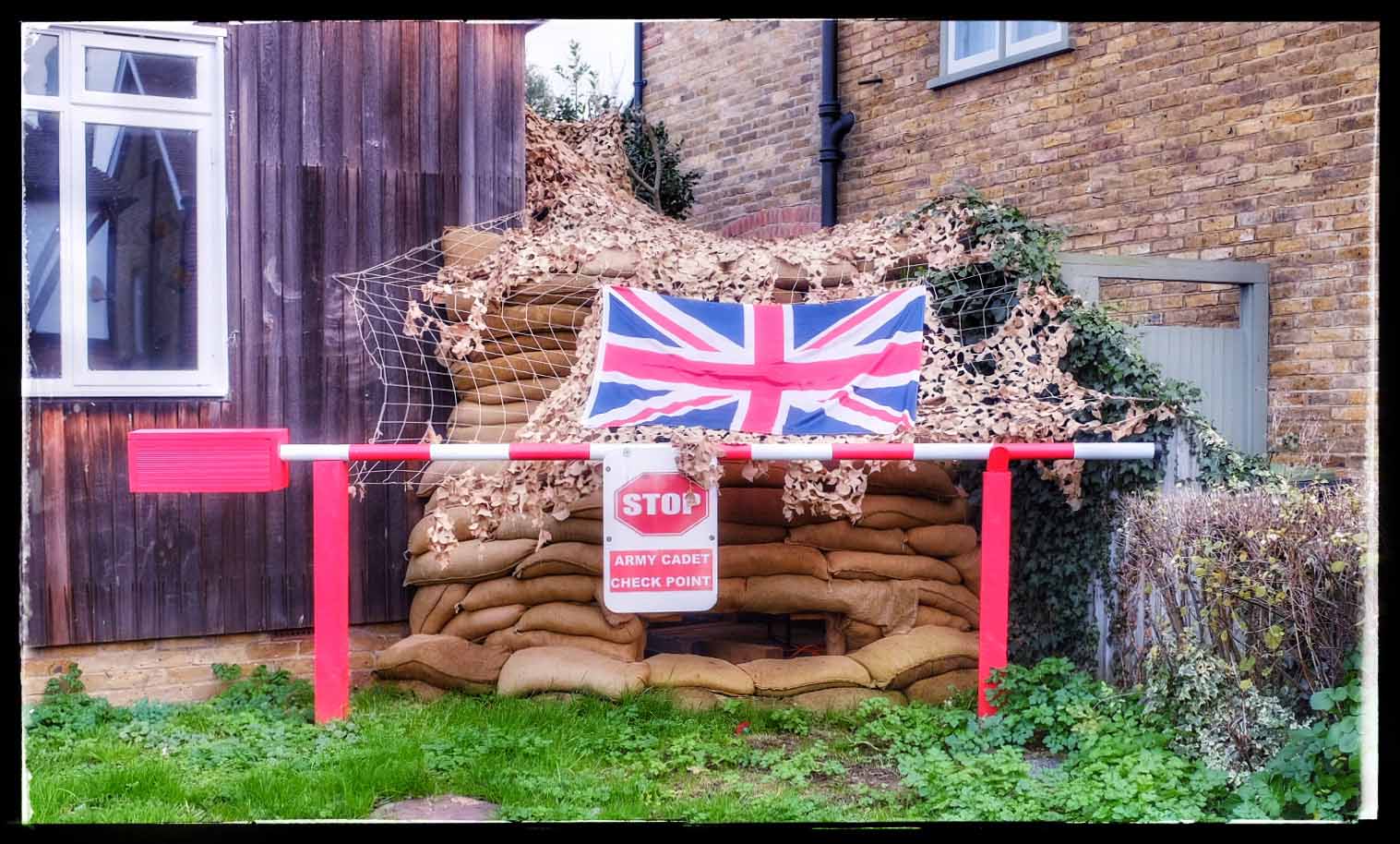 They travelled to Sicily, and then, in 1922, to Ceylon, to Australia,  and eventually to Taos, in New Mexico.  In this year, his collection of short stories entitled England, My England, was published.

In the late twenties, the couple returned to Italy, and then, finally, they moved to Vence, in the south of France, where Lawrence died in March, 1930, aged 44. 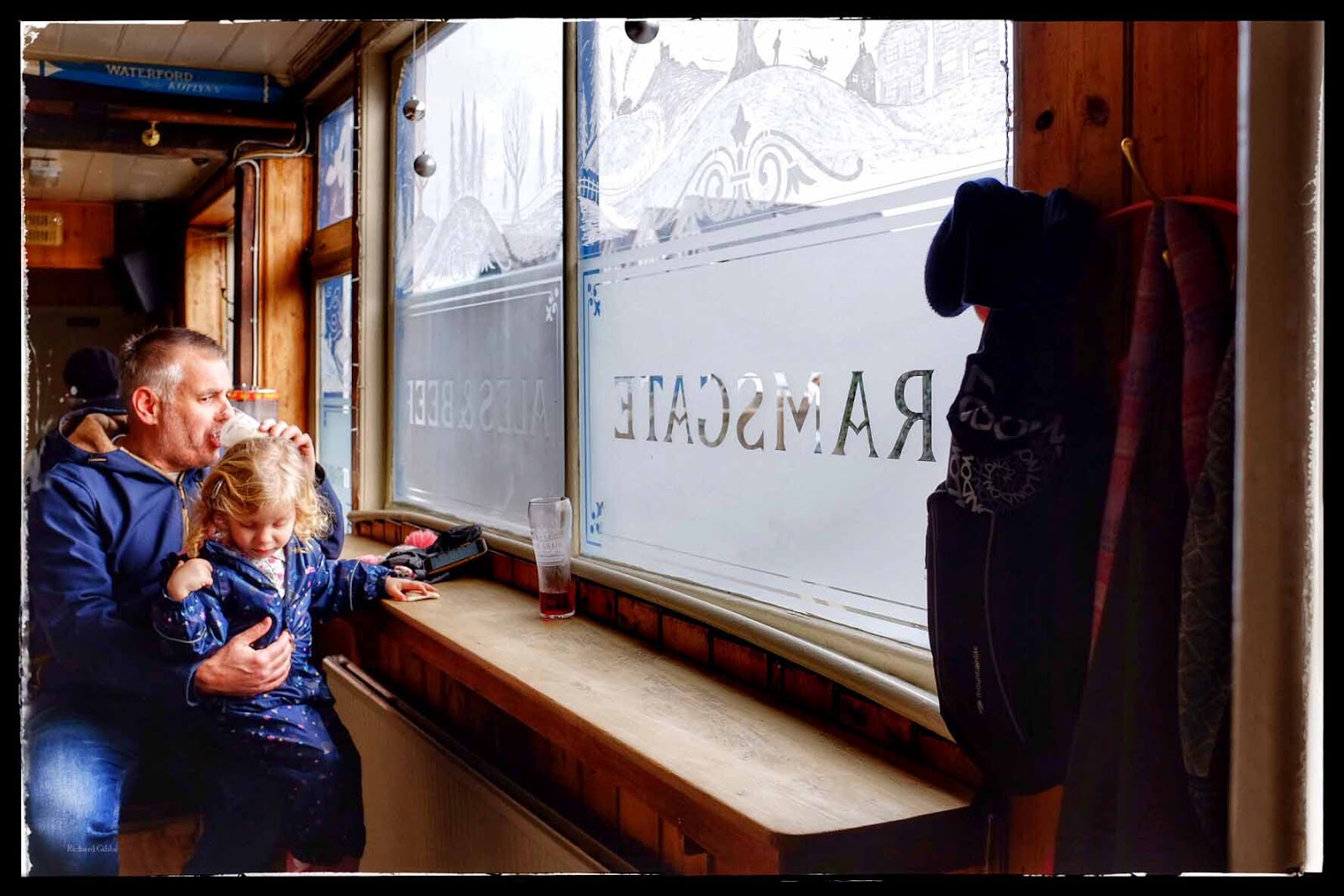 The short story, England, My England, is not a hymn of praise.  In part it makes fun of the patriotism expressed in W E Henley's Victorian poem of the same name.....  In part it is a satirical portrait of Percy Lucas, brother of E V Lucas, and a genial dilettante, who in 1916 died stoically and miserably from gangrene following wounds suffered in battle.  When Lawrence heard of this, he wrote, I wish that story at the bottom of the sea, before it had even been printed. 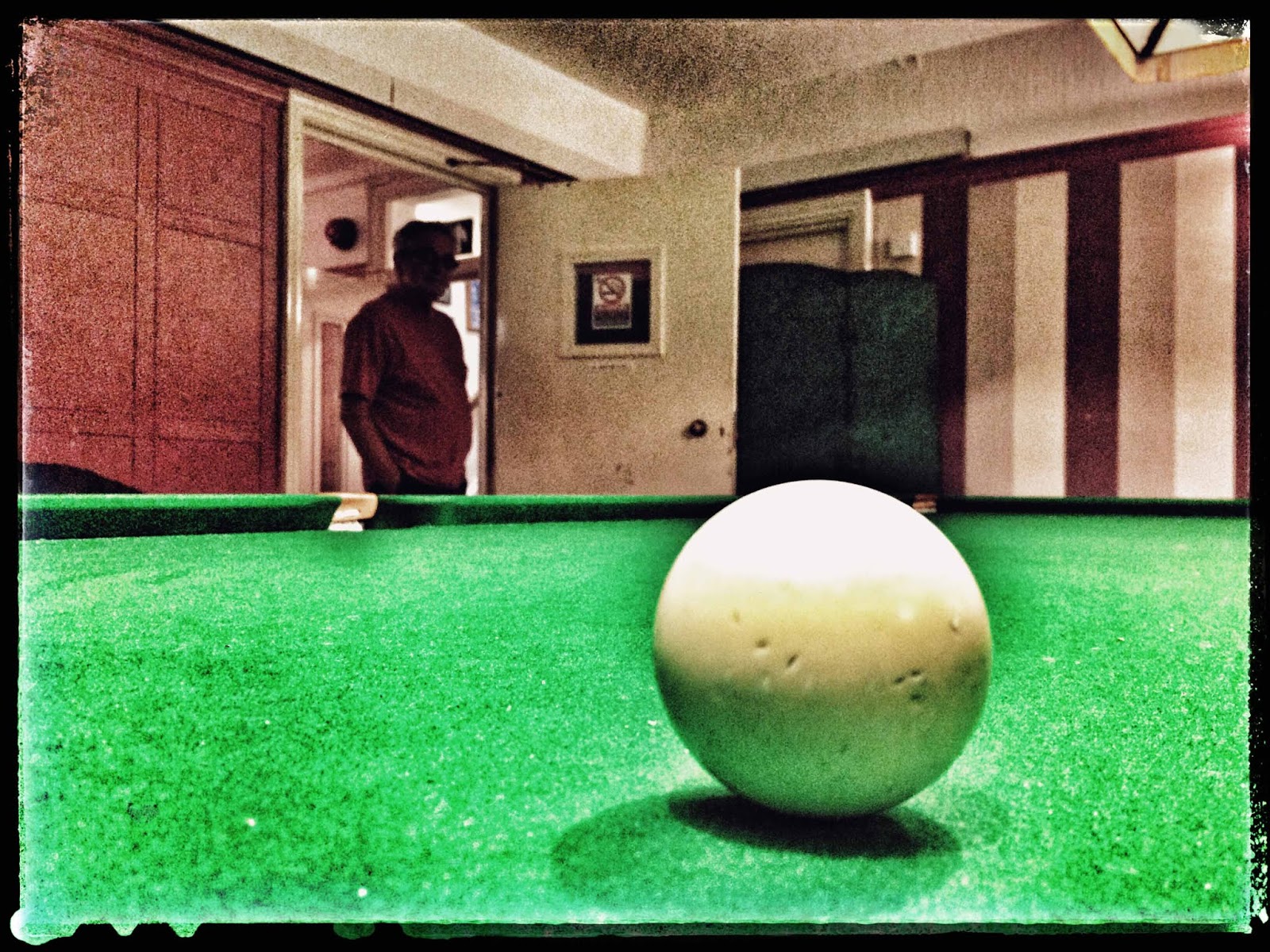 However, at the end of the story, I wrote, in 1975, a note.  I don't now know where I got it from, but here goes:  Inexorable destruction of life as it used to be - always as it used to be.  The savage England has been broken up by the darkness of the twentieth century.  The war was something of a coup de grace - the damage had already been done.  Egbert's family, home and garden had been founded in true, spontaneous love, the only valid force, but as the love had died so had the health of the whole situation..... 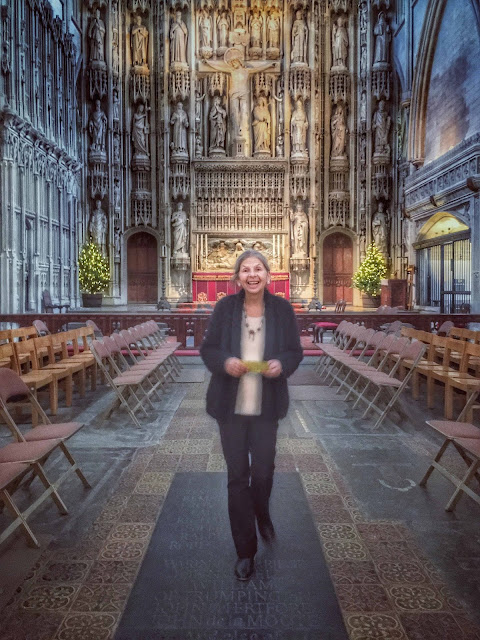 We are about a hundred years on from Lawrence's fugue from his homeland, but I sense a curious connection.  When I first lived in Italy, in the late 1970s, I found myself conflicted between enormous enjoyment of new stimuli and an agony of nostalgia.  I read Lawrence, Hardy, Dickens et al in abundance, yearning for a world I had 'sort of' left behind.  The world was in turmoil, again. Aldo Moro's death led to ruinous corruption in the politics of Italy; Mrs Thatcher inspired the greed of capitalist consumerism which led eventually to economic austerity and subsequently the rise of populism. 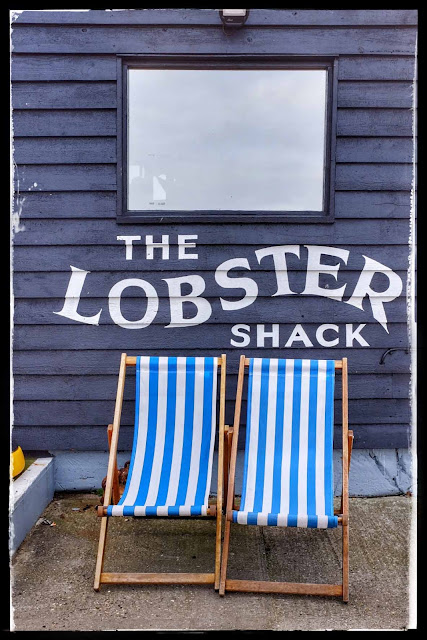 I was raised in an England recovering from a shattering war.  We played in air-raid shelters and bomb craters.  My grandfathers had served in the First War; my parents in the Second.  We watched films such as The Dam-busters and Dunkirk.  And read G K Chesterton and Ian Fleming.  The only time I went abroad was on a school trip to Norway when I was 14. 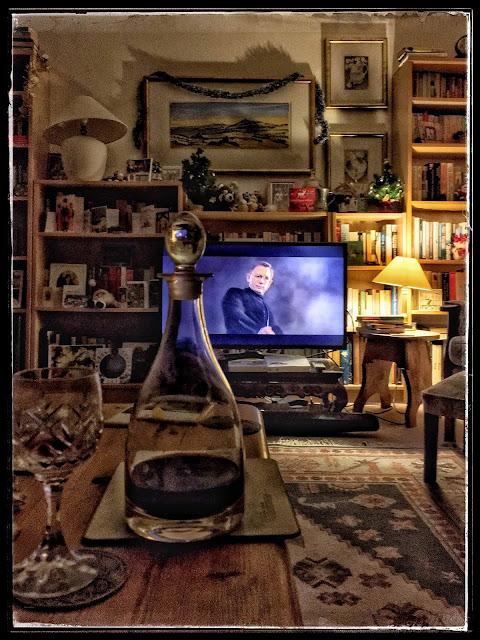 I love England, even though I left these shores for twenty years at the age of 25.  I loved the windswept beaches and soggy canvas of our family holidays, the ritual of stirring the Christmas pudding mix, the way my mother served kedgeree, or stuffed lamb's hearts. 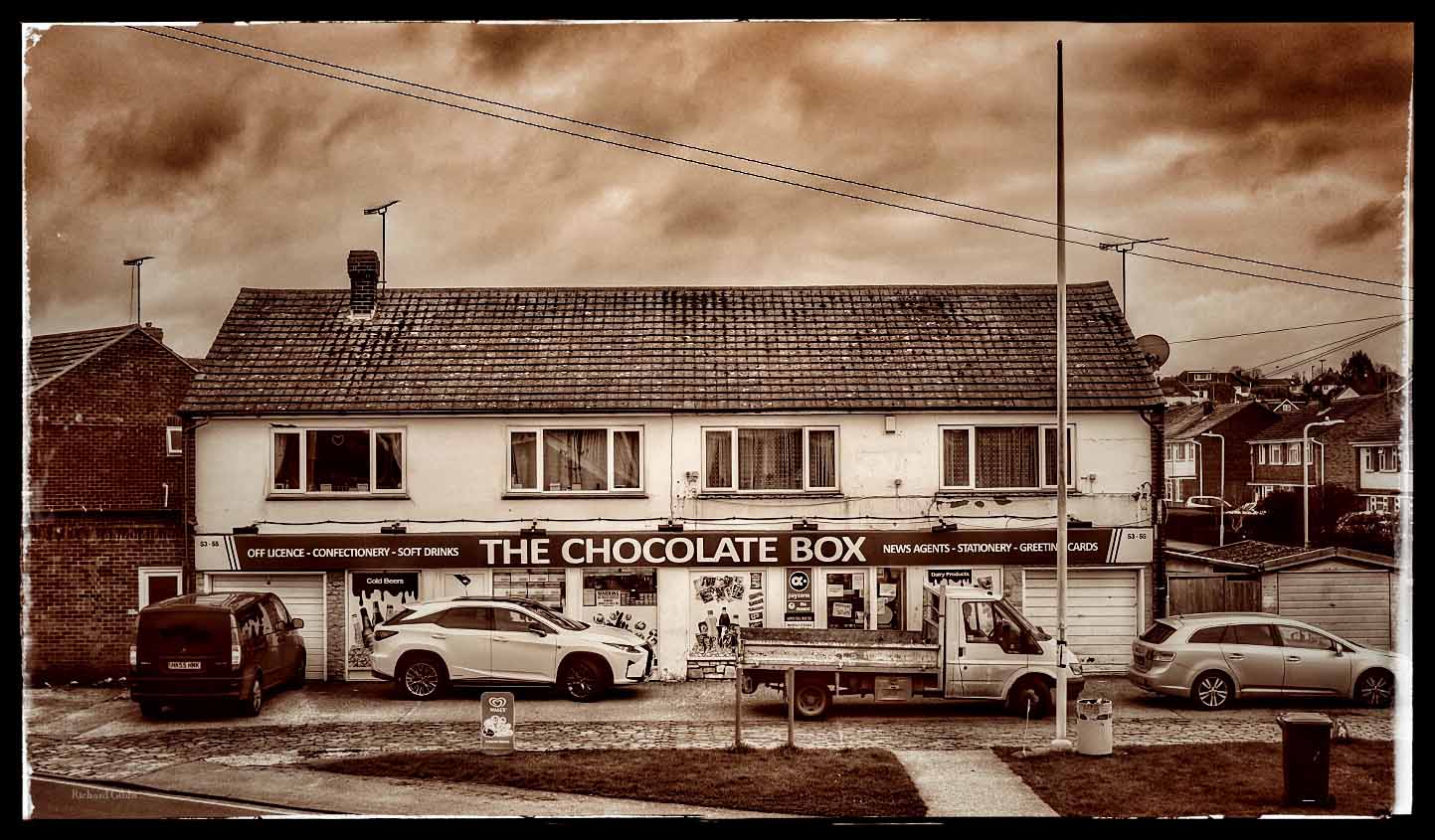 Yes, I have grown old, and grumpy, and nowadays hold a list of dislikes as long as your arm (cyclists on footpaths, Jacob Rees Mogg, people who talk loudly on hands free phones on public transport, Chris Grayling, people who don't thank you for giving way, Boris Johnson, Michael Gove, untrained dogs that leap up at you, Theresa May, children in bars, Nigel Farage, David Cameron, drones, the leader of the labour party, skinny lattes in takeaway cups....etc.)

But.....  the list of things I like is infinitely longer (wine, pasta, cheese, walking, soft rain, grey skies, the sound of waves on the shore, the smell of earth before a storm, my allotments, song thrushes.....)

Aye.  there's a lot to love, and in quirky, unreal moments, I could even love those who mistakenly voted for the UK to leave the EU......

And all who live in them! 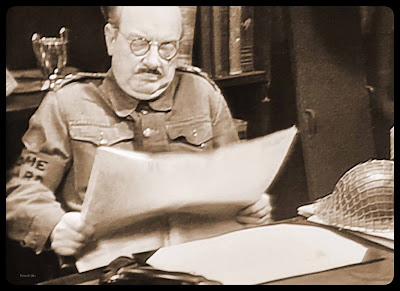 I love Hymns (Ancient, not Modern!) 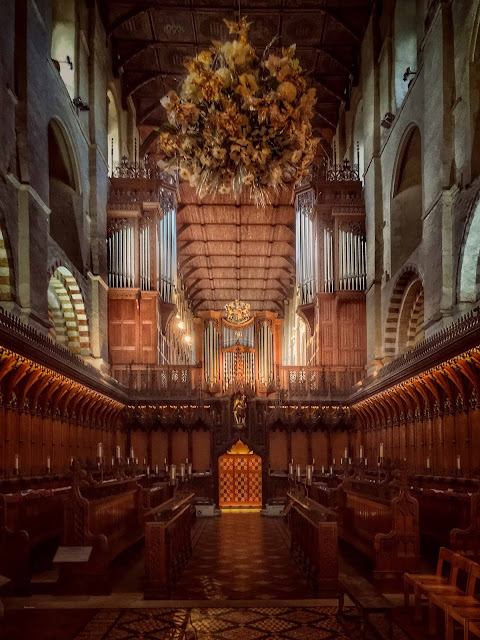 And Stencil Art in suburbia: 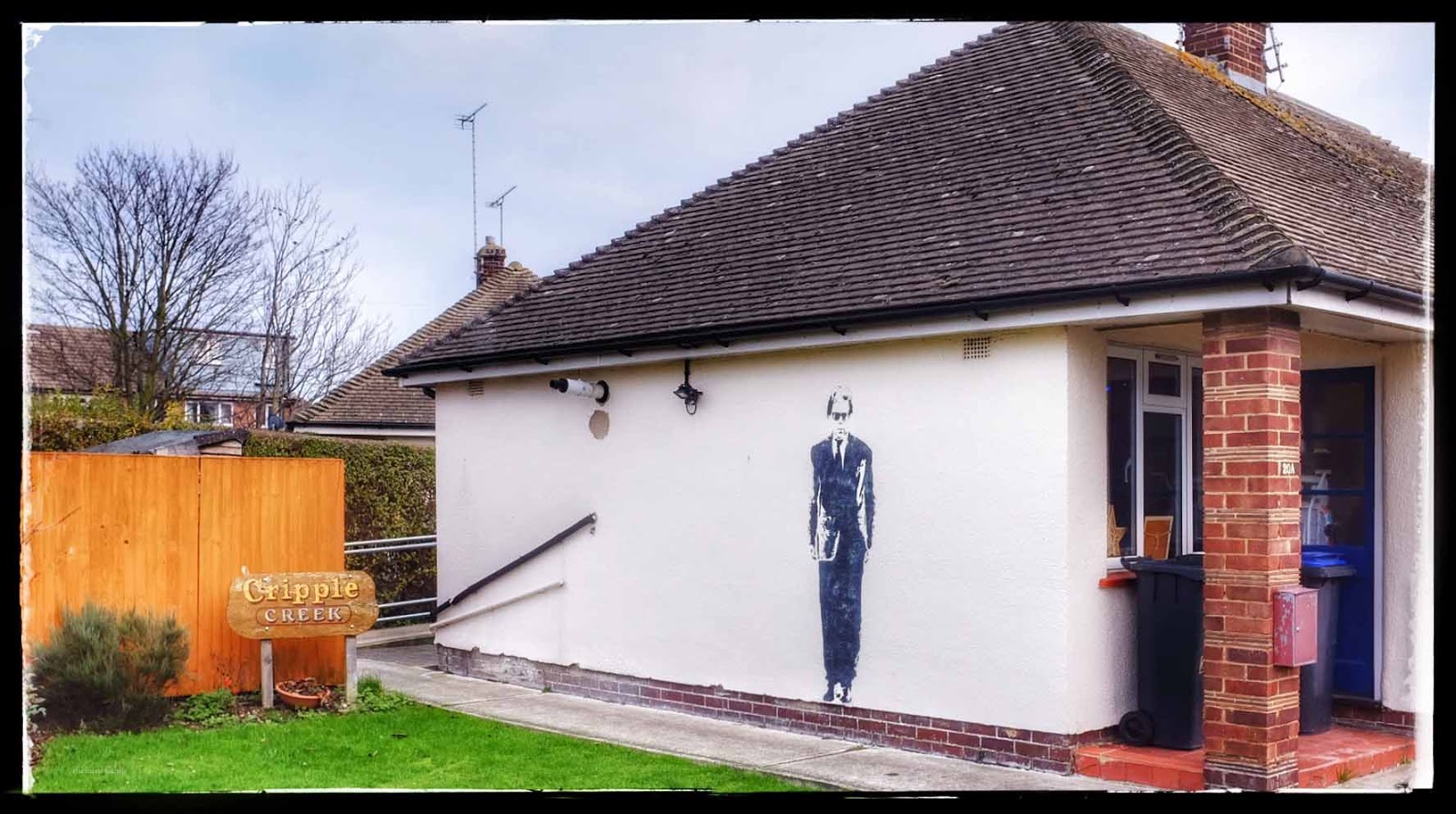 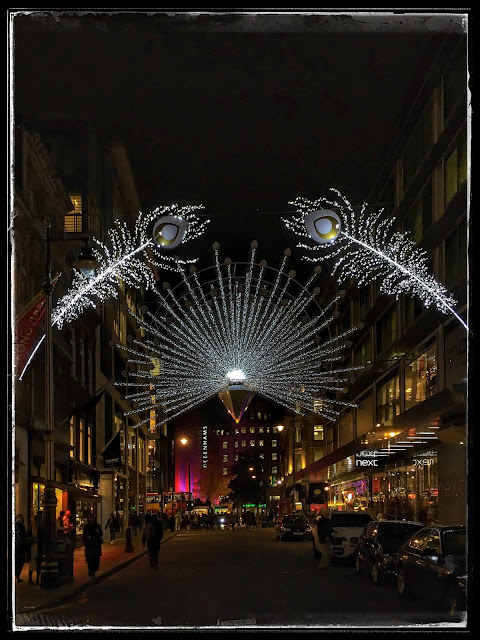 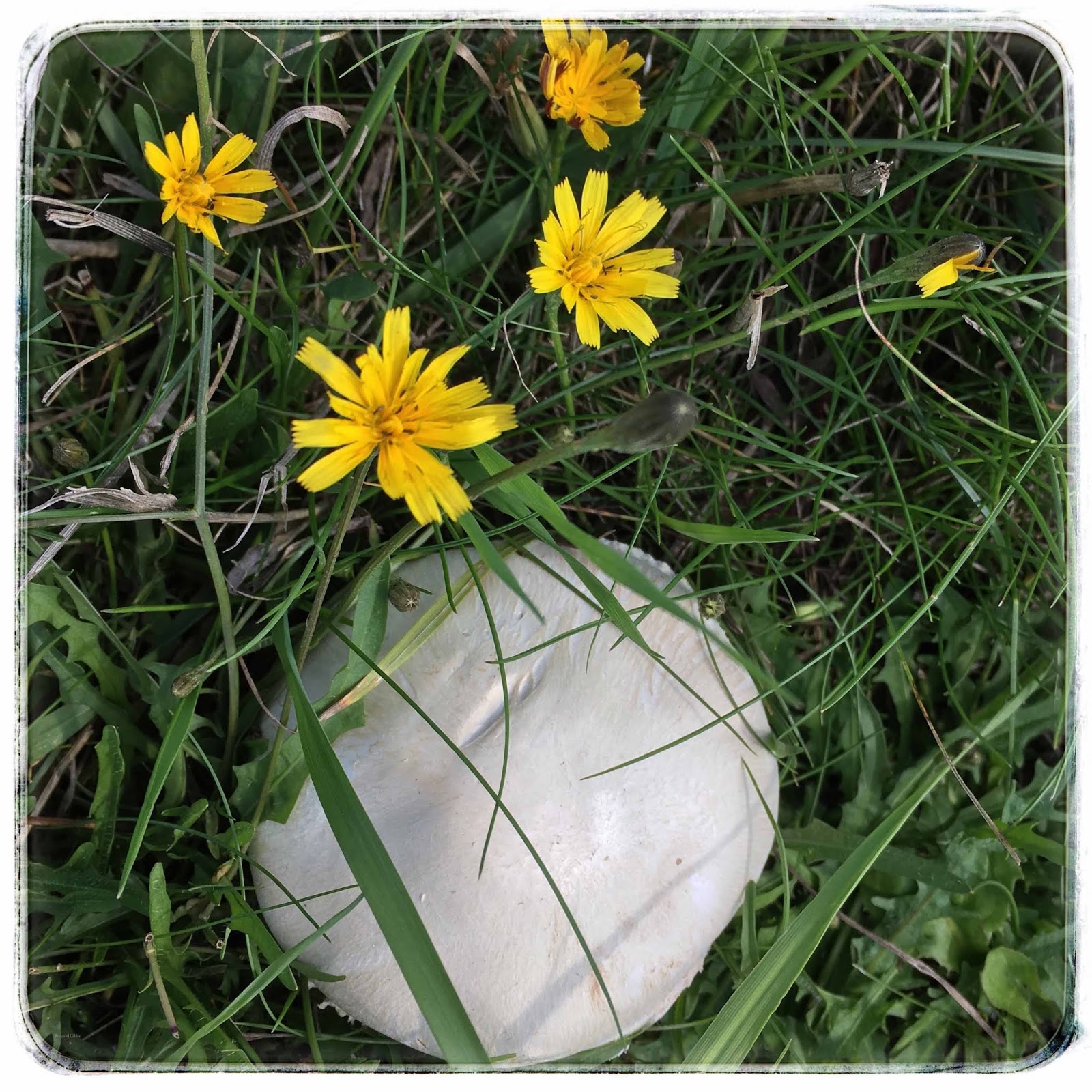 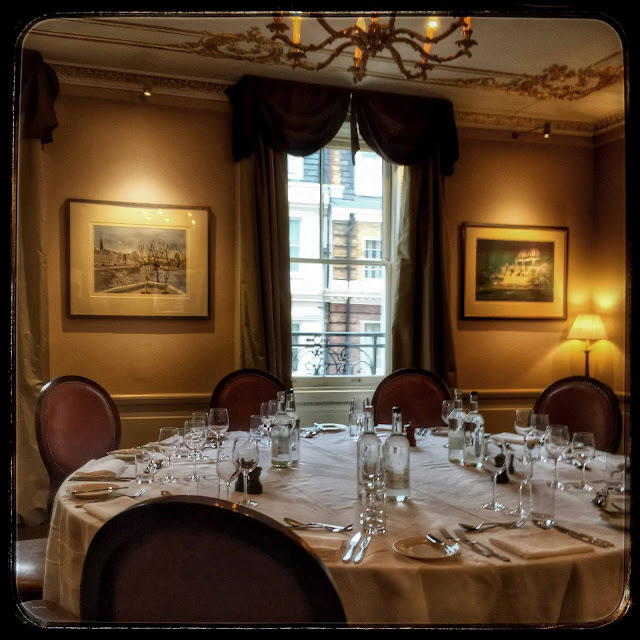 Gnomes (and rabbits) in gardens: 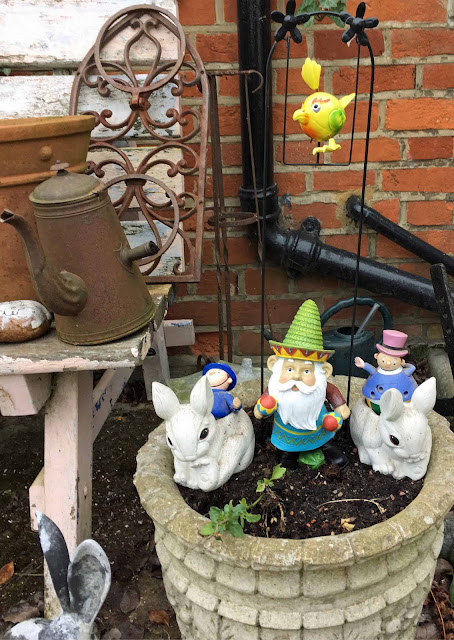 And kites in the sky: 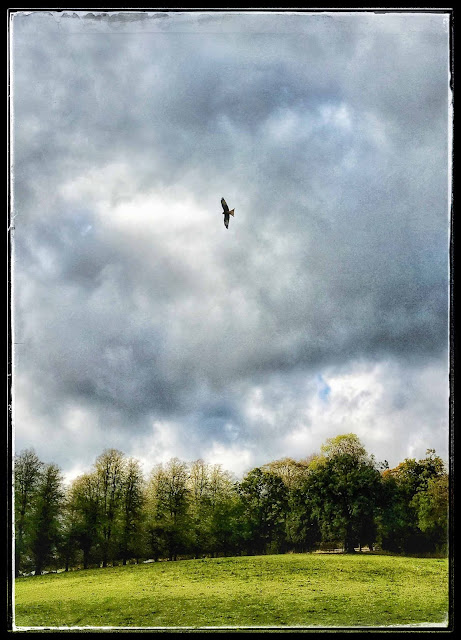 Trees in winter, and cows, and starlings: 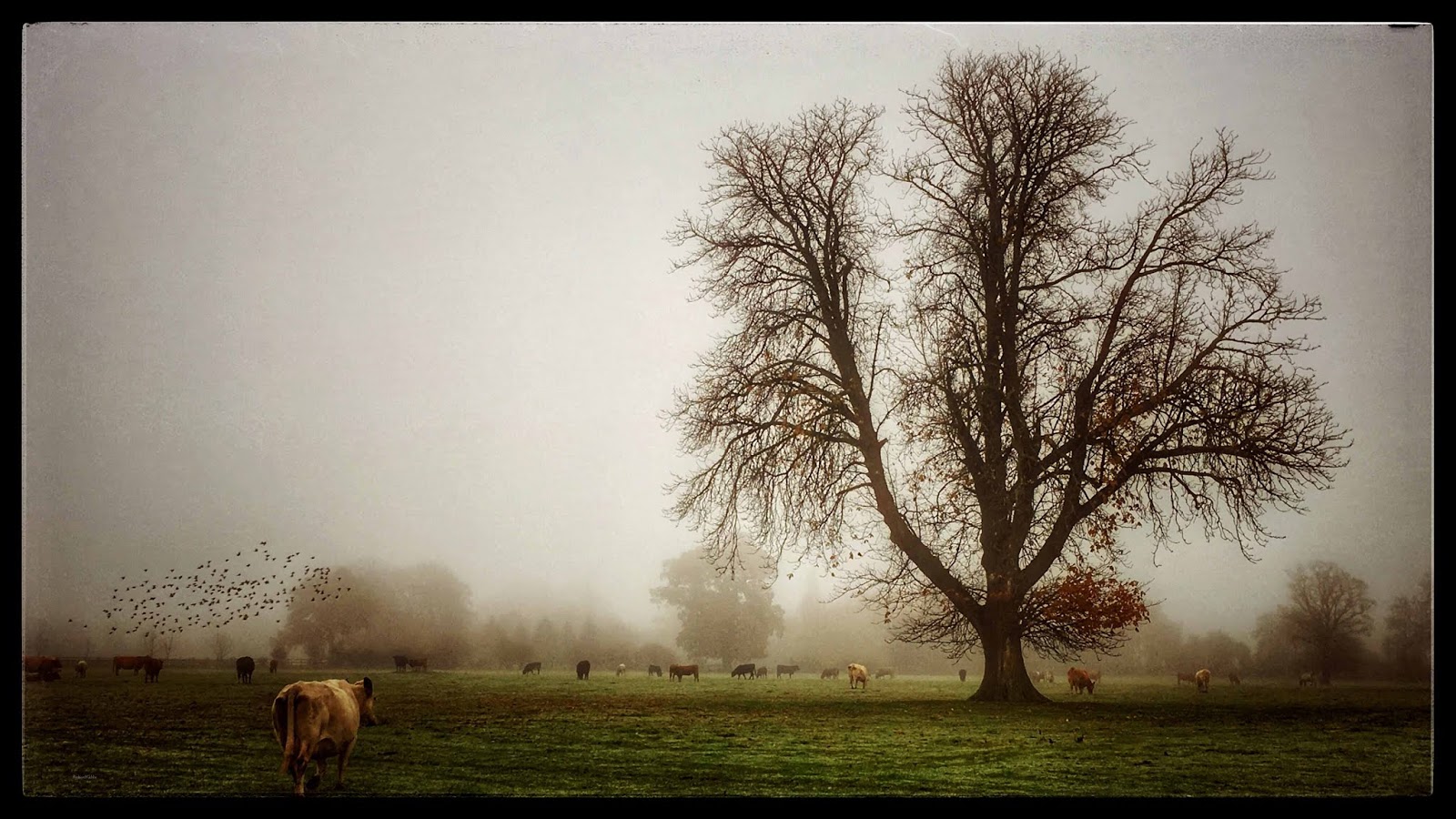 The sky, whenever, but especially when in flame:

And again skylines, at the turning of the year: 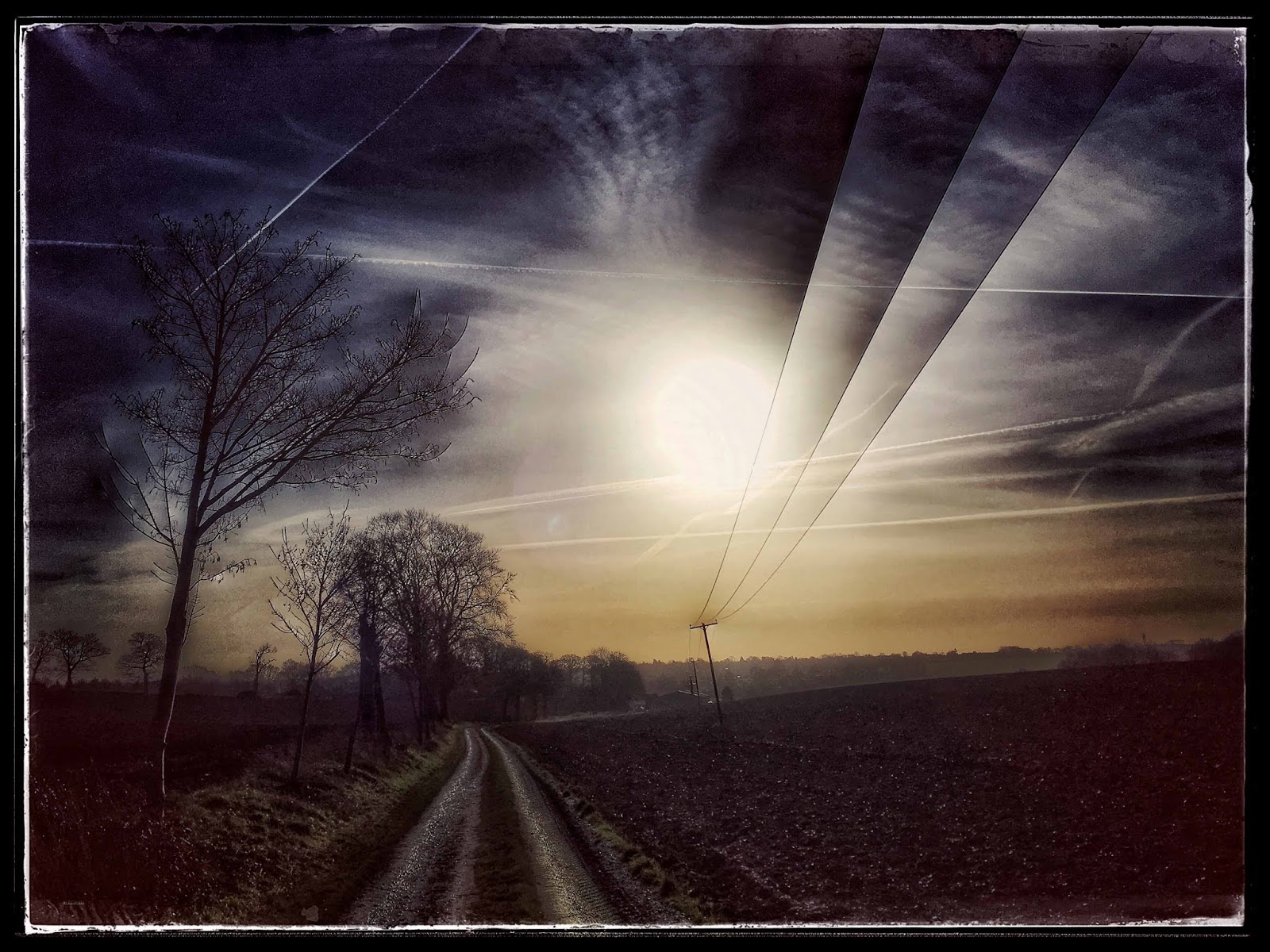 Everyone has their own England, or Wales: Or Belgium, or whatever.  That's part of the joy of life - we are all different with different backgrounds and hopes, fears and stories.  Some of our experiences are shared, and some are suffered, or enjoyed, in private.

But this nonsense of the inexorable destruction of life as it used to be is just that: nonsense.  We need to build on the experience of the past founded in true, spontaneous love, the only valid force.....

Whatever our station in life..... 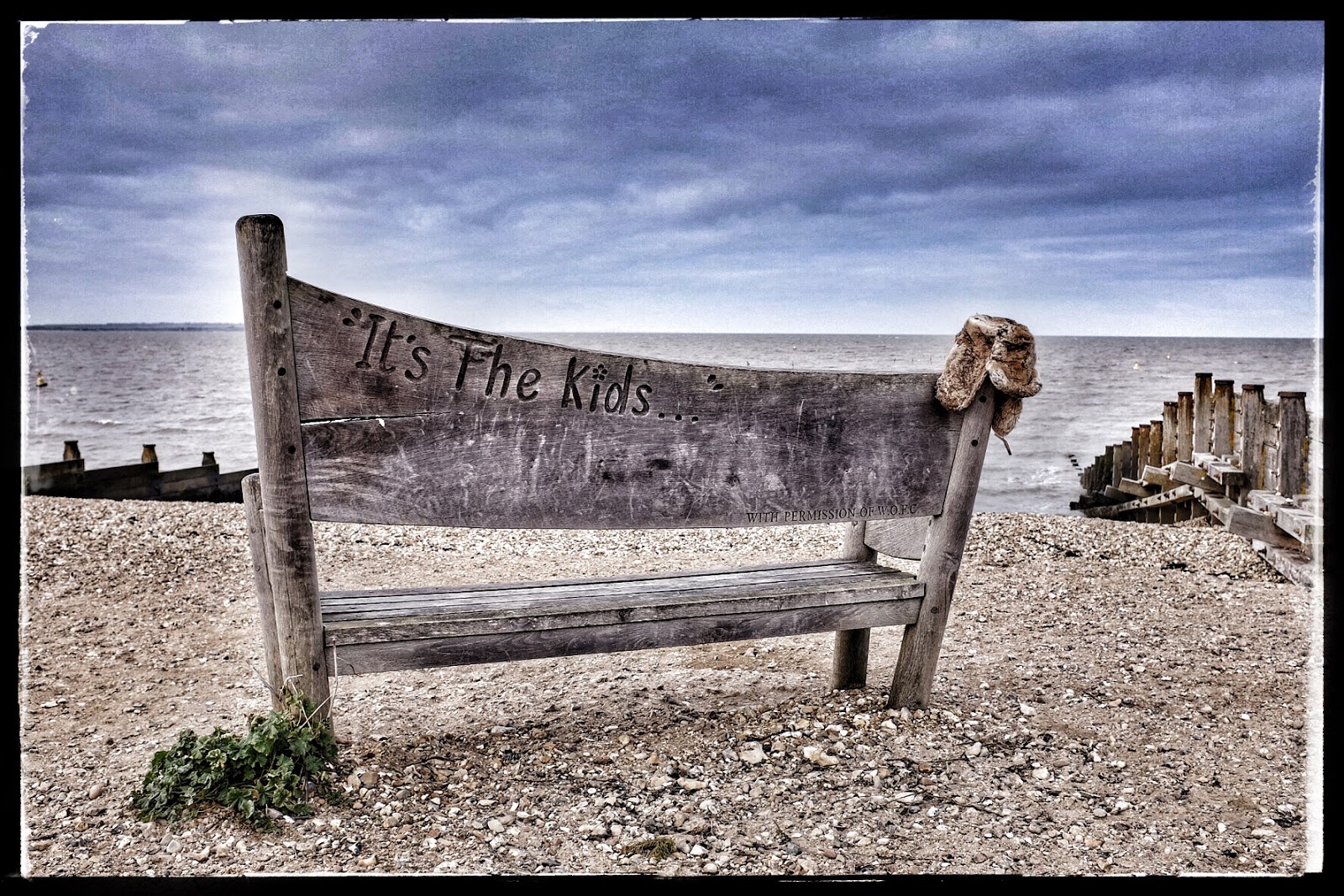 Neither nationalism, nor patriotism, need exclude mutually profitable relationships with others.  The infatuation with regaining 'control' and the misguided belief that some kind of independence will lead to regained status or greater wealth are delusions that exist only in the minds of those who are already rich and who lack any real understanding of either history or people.

As D H Lawrence wrote, in England, My England, And as the years passed, the lightning cleared the sky more and more rarely, less and less the blue showed. Gradually the grey lid sank down upon them, as if it would be permanent.