Ever cold, and rough its brows - where the flocks
Roam its heathery furrows;
An organ, as the high wind blows
Howling in rocky hollows.

Ellis Humphrey Evans was born on January 13th, 1887 at Penlan, Trawsfynydd and moved with his family to Yr Ysgwrn, a farm on Cwm Prysor in North Wales, at the age of four months.  He was the first of fourteen children.  Later he became known as Hedd Wyn, which means Blessed Place.  He is also known as The Shepherd War Poet. 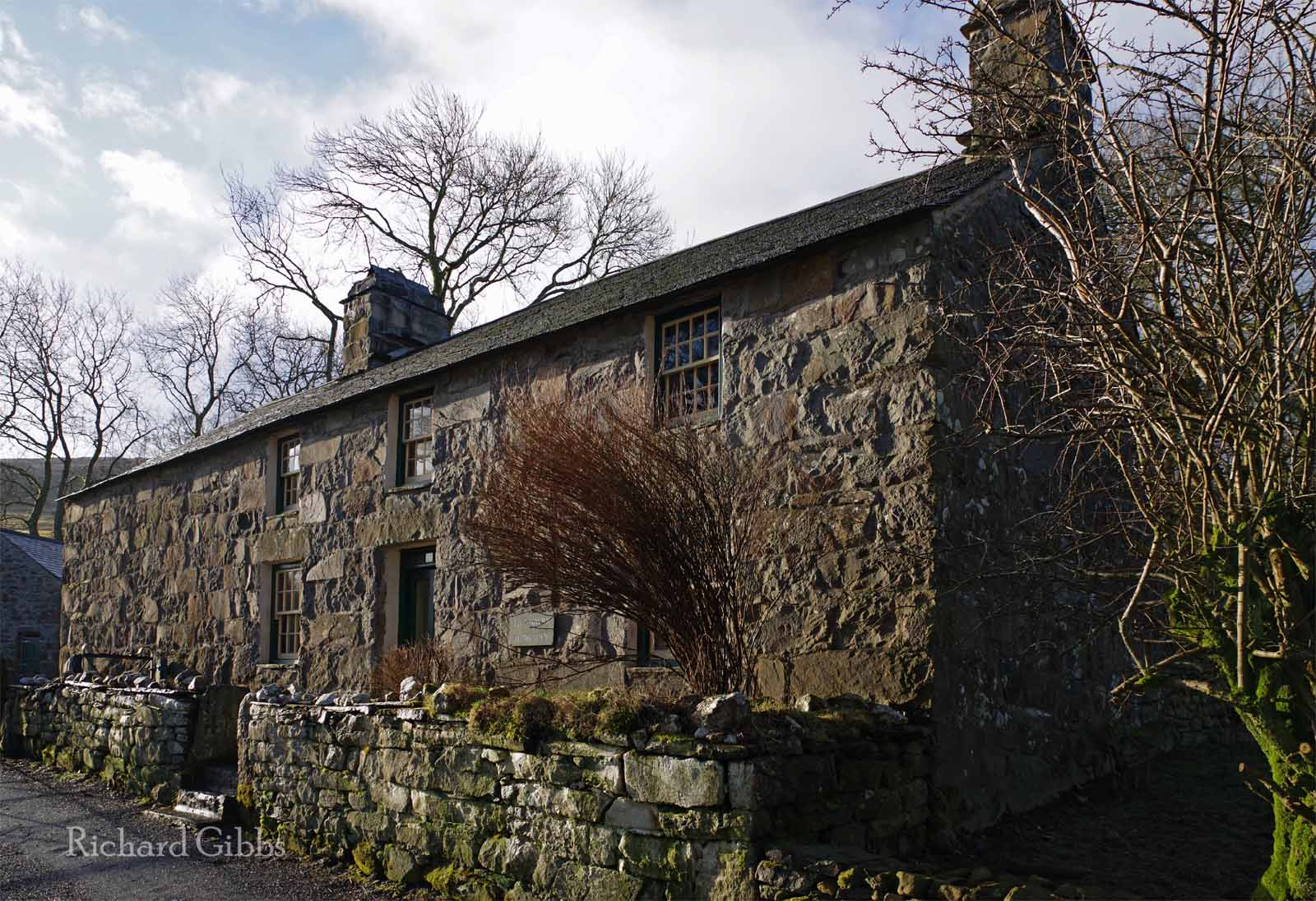 In January 1917, despite being an agricultural worker, Hedd Wyn enlisted in the army, at Blaenau Ffestiniog. Early on the morning of July 31st, 2017, his battalion, the 15th Royal Welch Fusiliers, went into action on the first day of the Battle of Passchendaele (the third battle of Ypres), at Pilkem Ridge, in rain, and dark and fog. Hedd was caught by an exploding shell and died being transported to hospital. 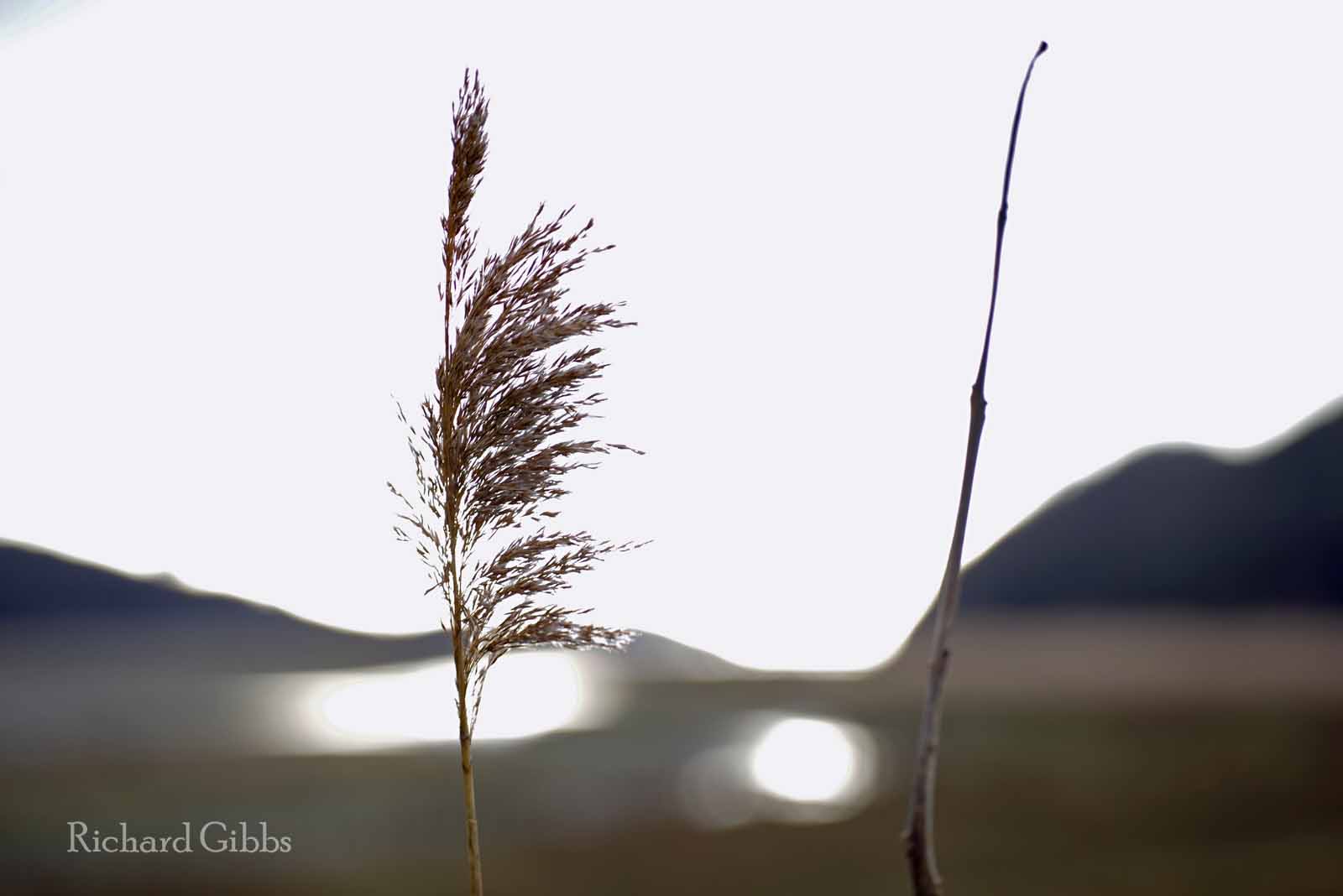 In 2012, Yr Ysgwrn, the farm, was acquired by the Snowdonia National Park Authority and in 2017 the house was opened as a museum and memorial, the centrepiece of which is the Black Chair, Y Gadair Ddu, which was posthumously awarded (draped in a black cloth) to Hedd Wyn, who had won under the non-de-plume of Fleur-de-Lis with his poem Yr Arwr (The Hero) on September 6th, 1917, at the National Eisteddfod at Birkenhead Park. The empty chair came to symbolise all the empty chairs in millions of homes as a result of the First World War.

My years of weeping, deep and stricken,
And my anguish were heard where rocks lie barren,
For I was the Storm Maiden - and of old
I cried in the tempest and the cold ocean.

Ardently I wept, for lack of seeing
The prince of the land of youth, my darling,
When our days knew no suffering - and we
Into its ruby summers went strolling.....

[In September 2017, at Birkenhead Park, a Black Chair Festival was held in commemoration of the Royal National Eisteddfod of September 1917.] 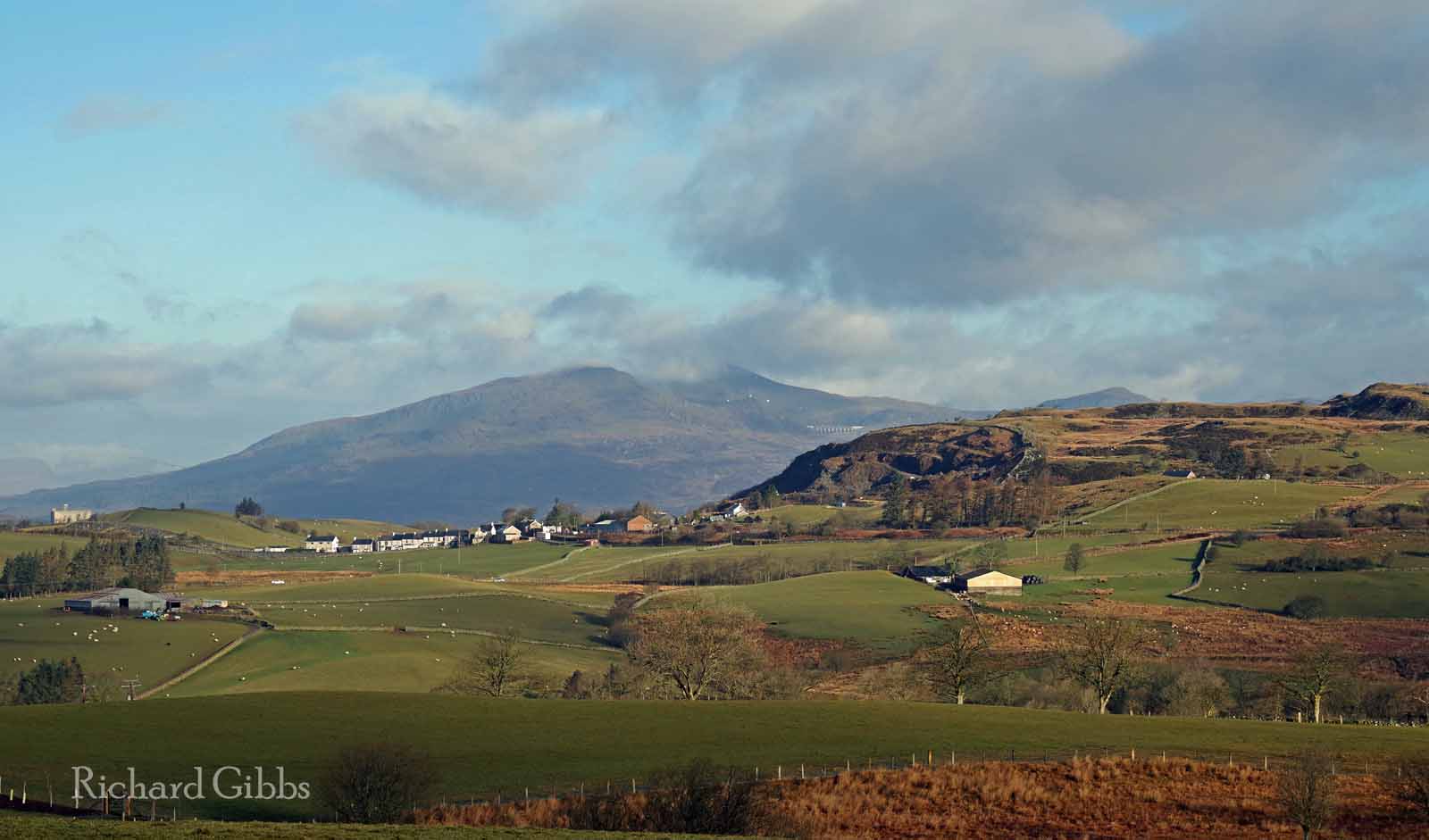 After Yr Ysgwrn I make a detour to explore the remains of Tomen Y Mur, a Roman settlement from the first century AD where four or five hundred soldiers shivered in sight of Y Moelwyn.... Later, according to the Mabinogion, this became Mur Castell, the court of Llew Llaw Gyffen, a character who became King of Gwynedd, having overcome a series of terrible curses and the treacherous behaviour of his wife, Blodeuwedd (who had been magically created from flowers).... 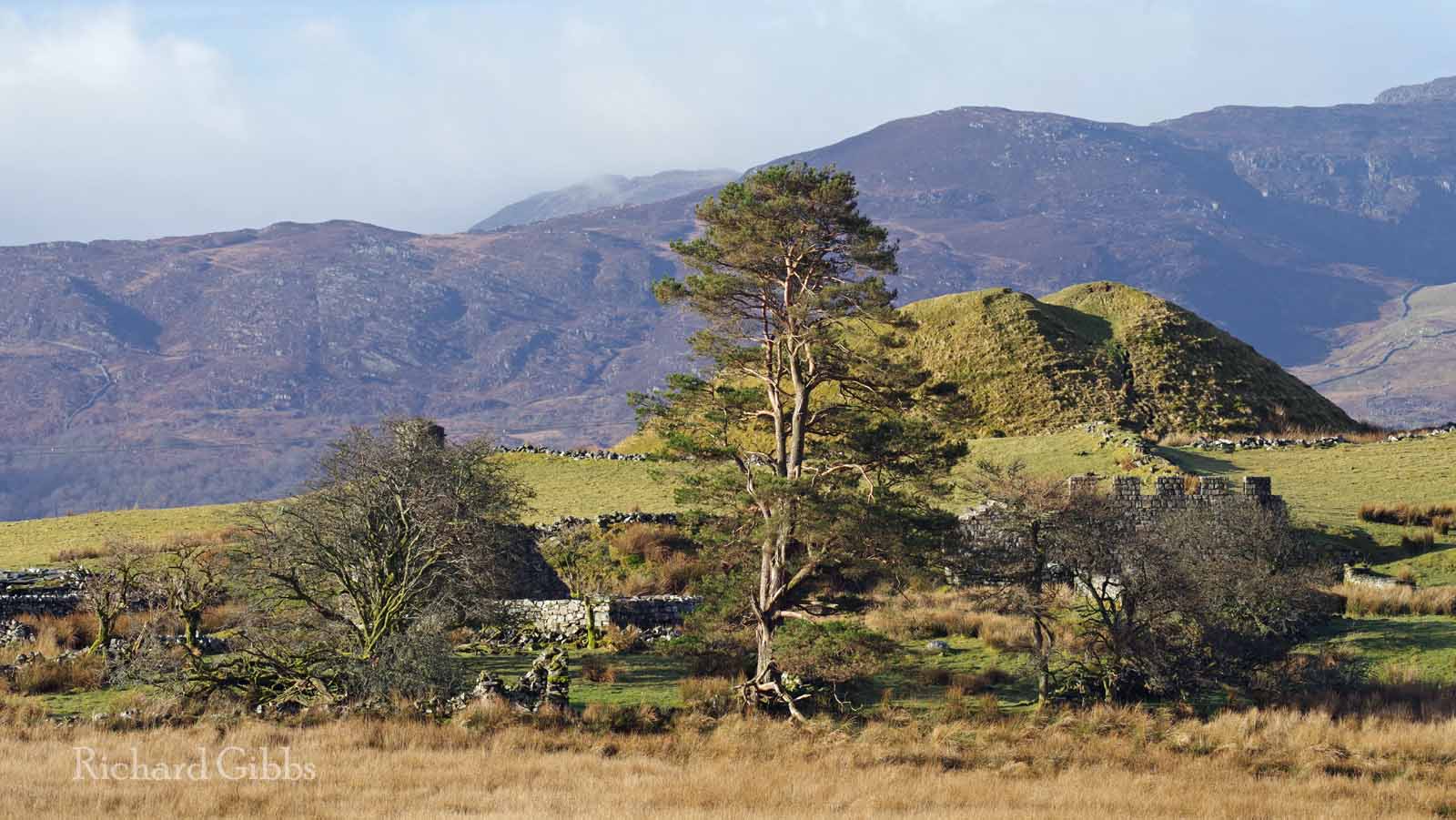 And then I drive to Blaenau Ffestiniog, where shattered slates litter the hillsides. JRR Tolkein was inspired by this grim landscape, and as I trek my way up towards the heights of Y Moelwyn, I fear I see Orcs dribbling at me from up on the screes, while Golum scrabbles up a splashing gully. 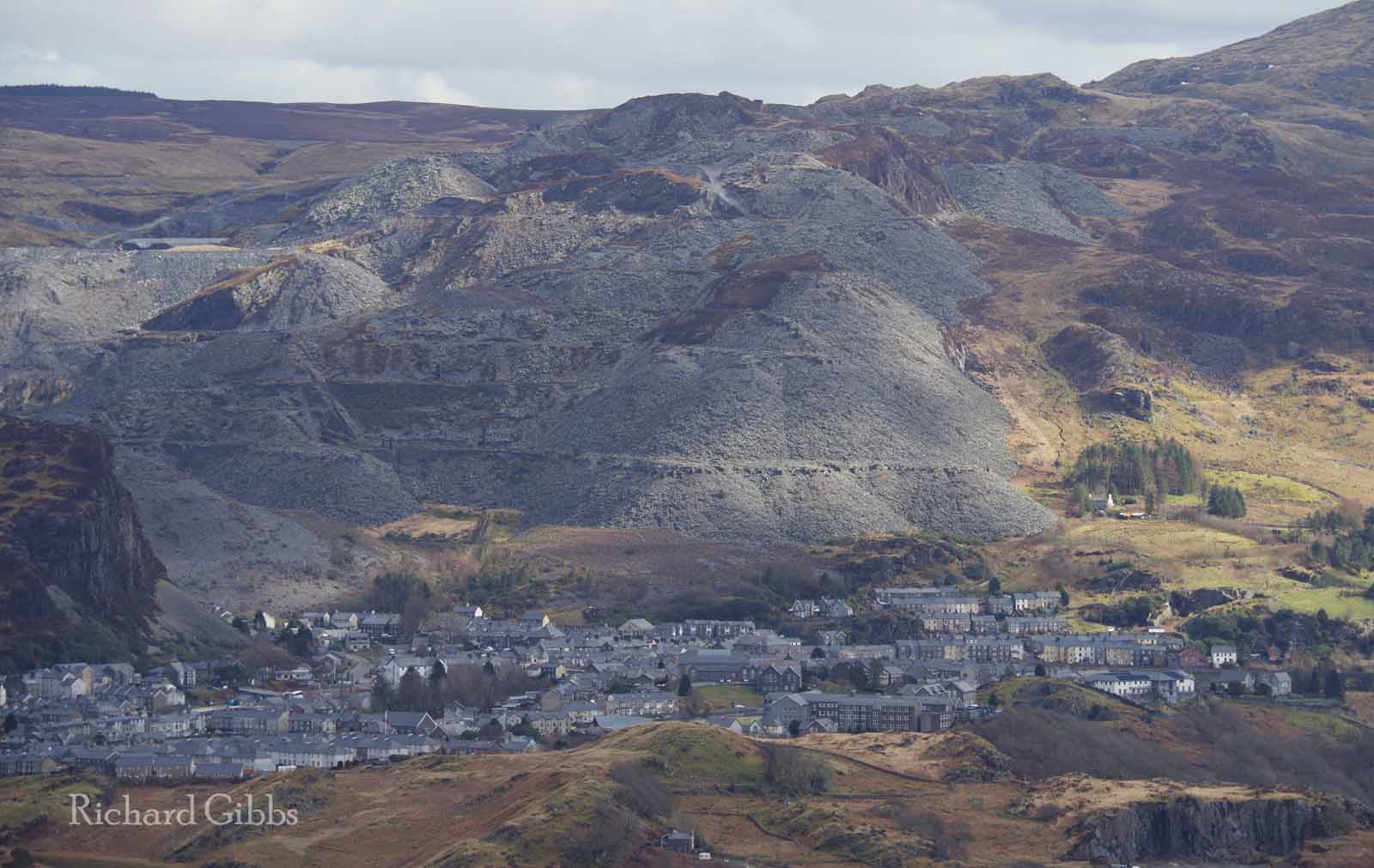 This is a hard landscape, and it becomes colder and less hospitable as I climb skywards. 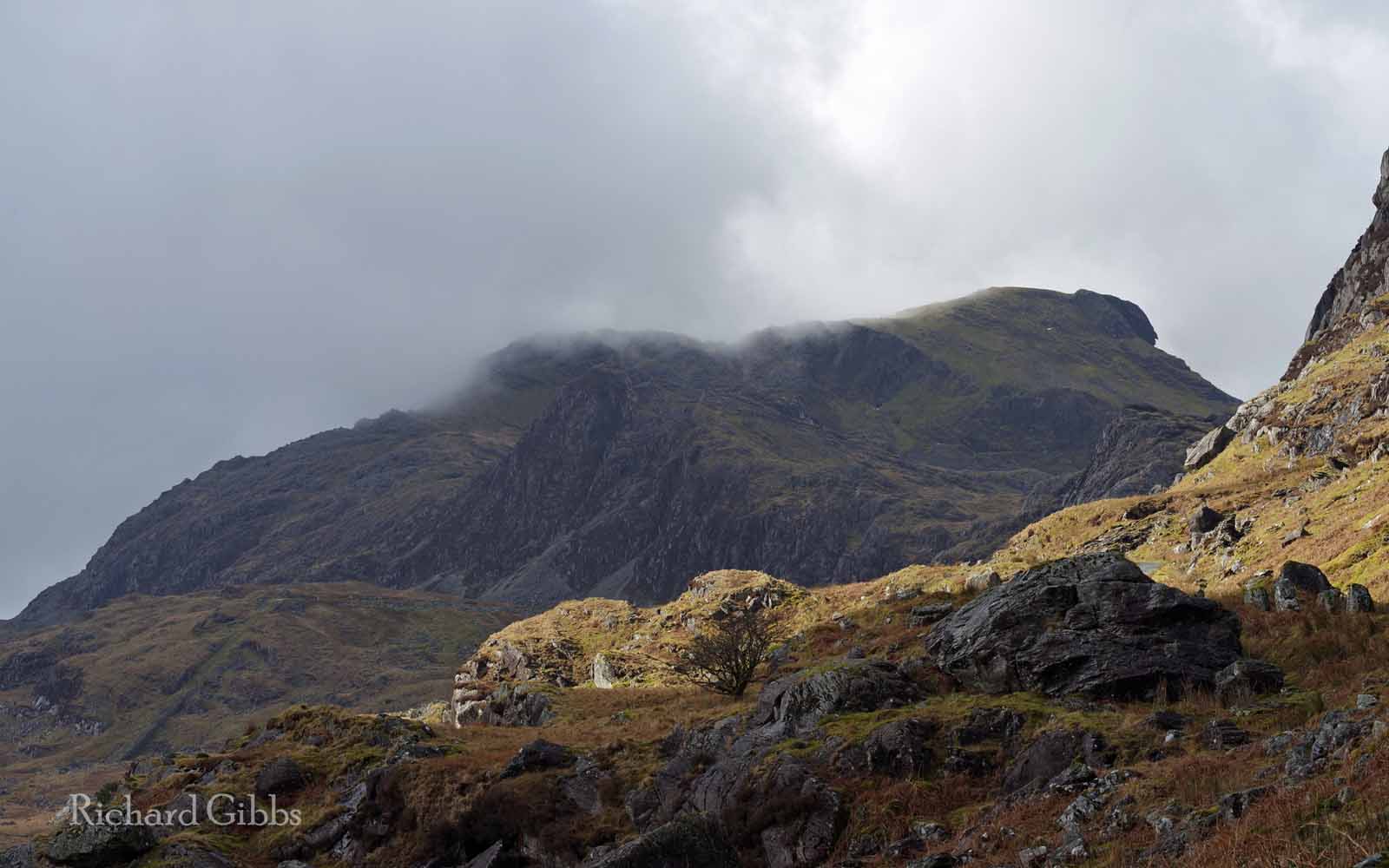 I first came here with my family on a damp summer holiday, when I was a child, and find myself dogged by shadowy memories. 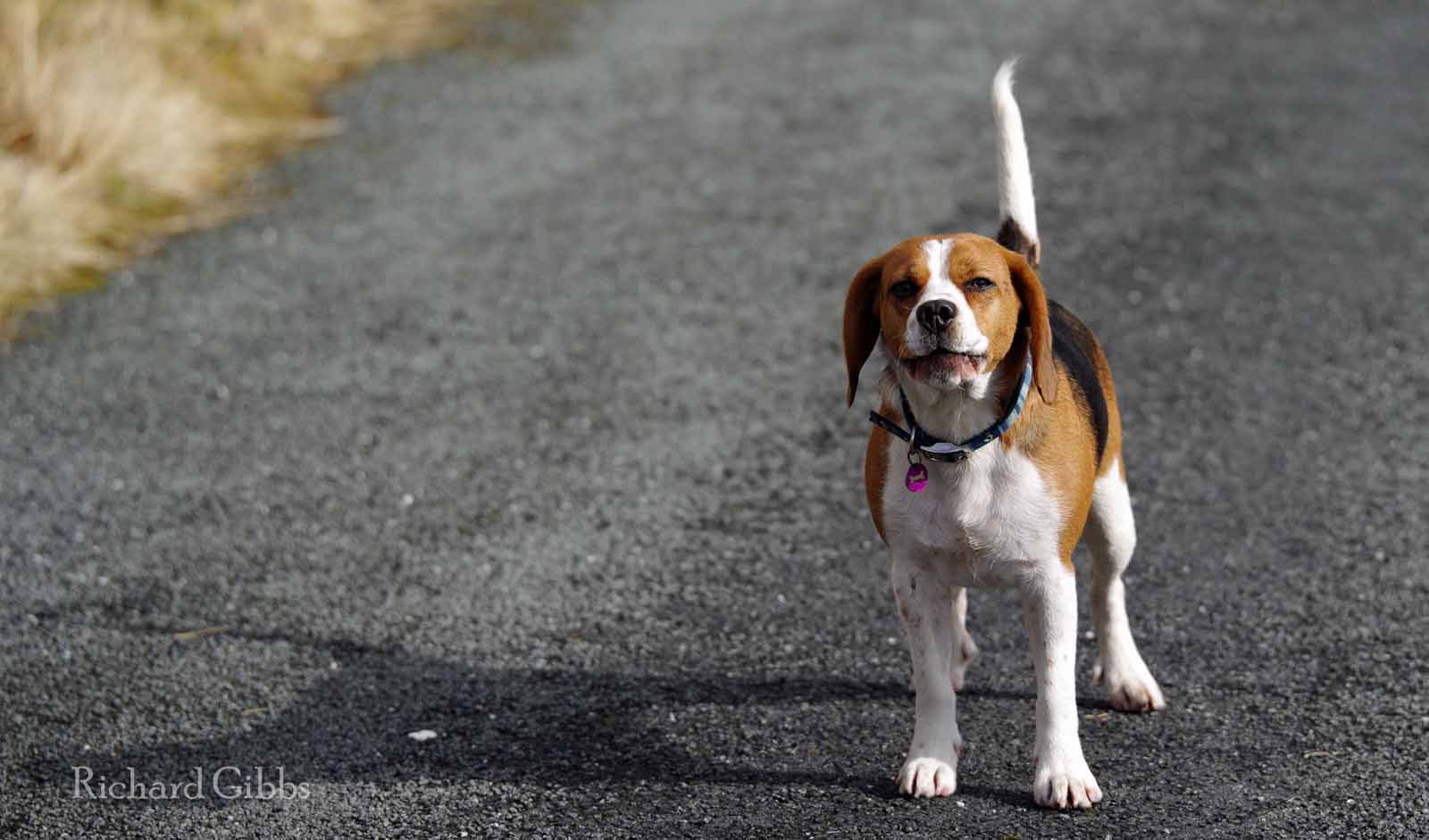 We stayed in a tiny old caravan, parked in a puddle hard by Penrhyndeudraeth.  The caravan belonged to an Aunt, Auntie Frankie, who had a small shop at nearby Portmeirion (more of which another day). Penrhyndeudraeth was the home of Bertrand Russell at the time (until his death, from influenza, in 1970) but, I am sorry to say, he did not come to visit us for tea.  Instead we took the Ffestiniog railway, and wandered on the slippery hillsides of Cnicht, and wondered if our father really did know Lloyd George, who had earlier practised law in Portmadoc. 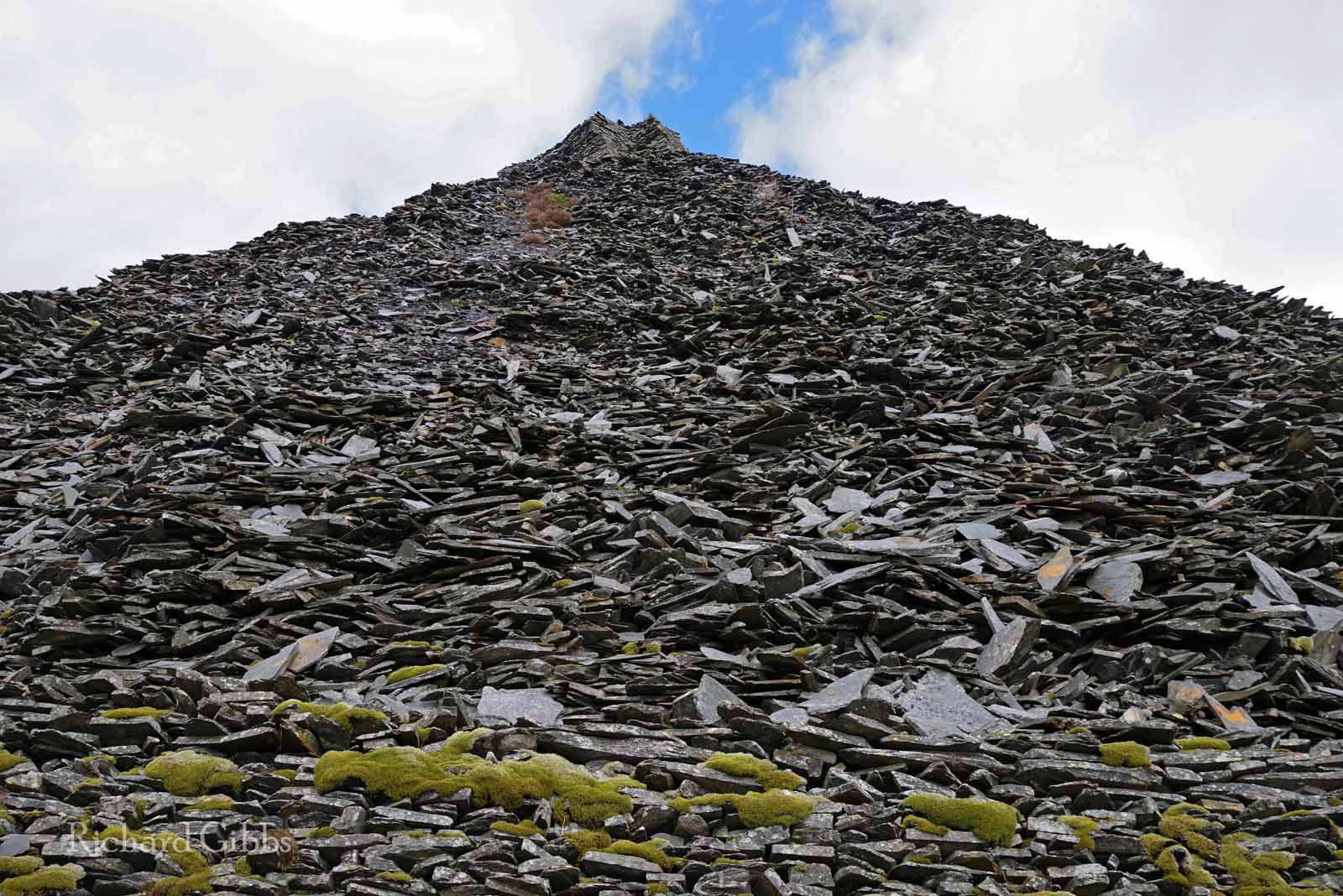 It is extraordinary how rich in stories this area proves to be.  The village of Tremadoc was created in the shape of a T on reclaimed land by William Alexander Madocks, who also built the Cob at Portmadoc. {Portmadoc, Tremadoc, W A Madocks.....} [Madocks, incidentally, is thought to have been the original for Squire Headlong, in his friend Thomas Love Peacock's novel Headlong Hall.....]

Anyway, Tremadoc currently has two pubs, opposite each other in the spacious square at the head of the T: The Union and The Fleece.  One of these, I believe, was once known as the Madoc Arms, and it was here, in September 1812, that Percy Bysshe and Mrs Shelley took lodging, with a view to renting William Alexander's cottage, Tan-yr-allt on the hillside above his creation....

The story is a bit convoluted and I won't go into details, but, with absolutely no connection at all the village is also famous for being the birthplace, in 1888, of the son of an Anglo-Irish, drink-disposed landowner from Westmeath, by the name of Thomas Chapman (later, in 1914, Sir Thomas Chapman, 7th Baronet) and an illegitimate Scottish nanny known as Sarah Junner.  The son, as you might well have guessed (?) grew up to be T E Lawrence [aka T E Shaw, or John Hume Ross, or   Lawrence of Arabia.....] 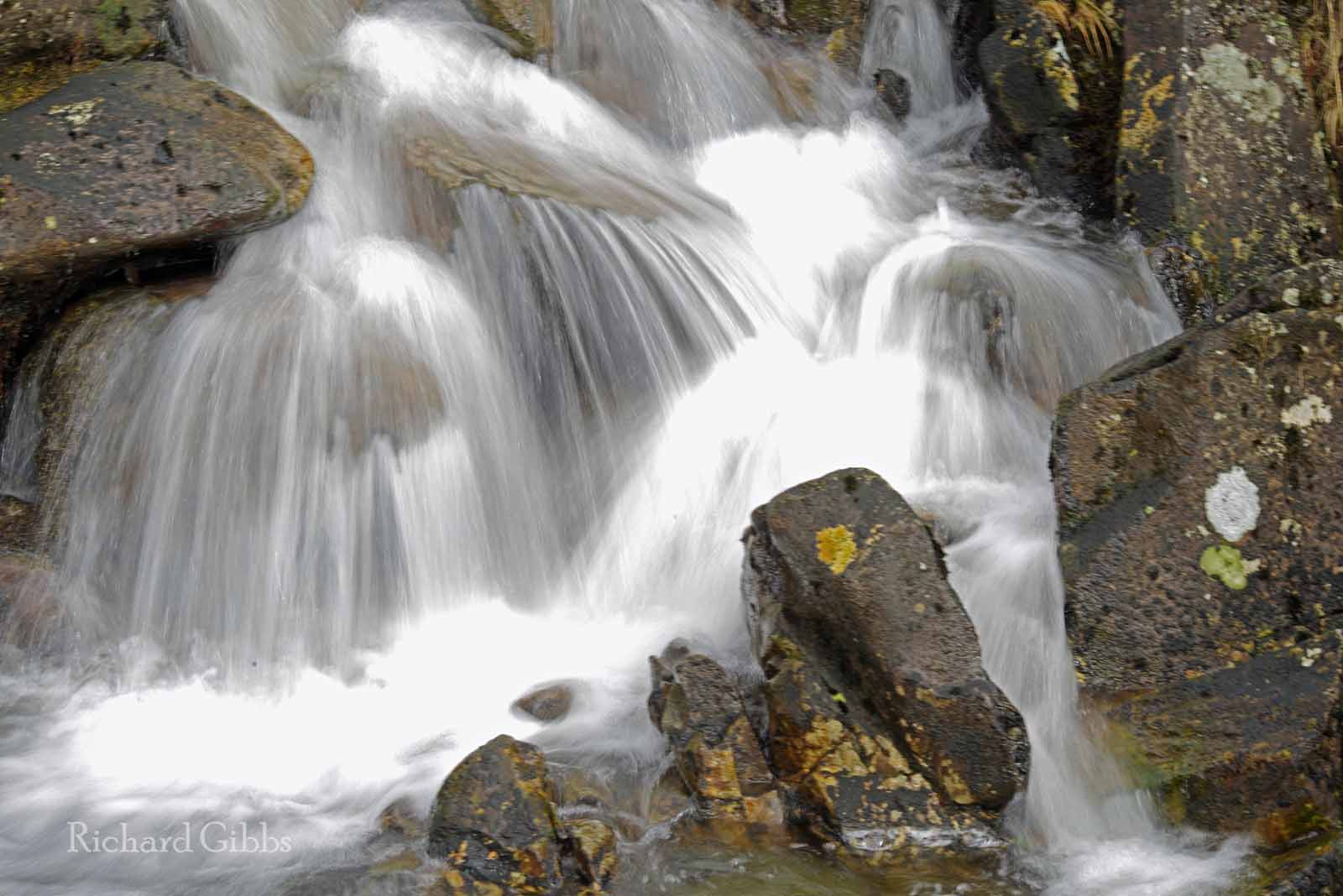 You can understand why readers of the Sun flock here, what with bara brith, the Purple Moose Brewery Tap, and all this literary and political history..... 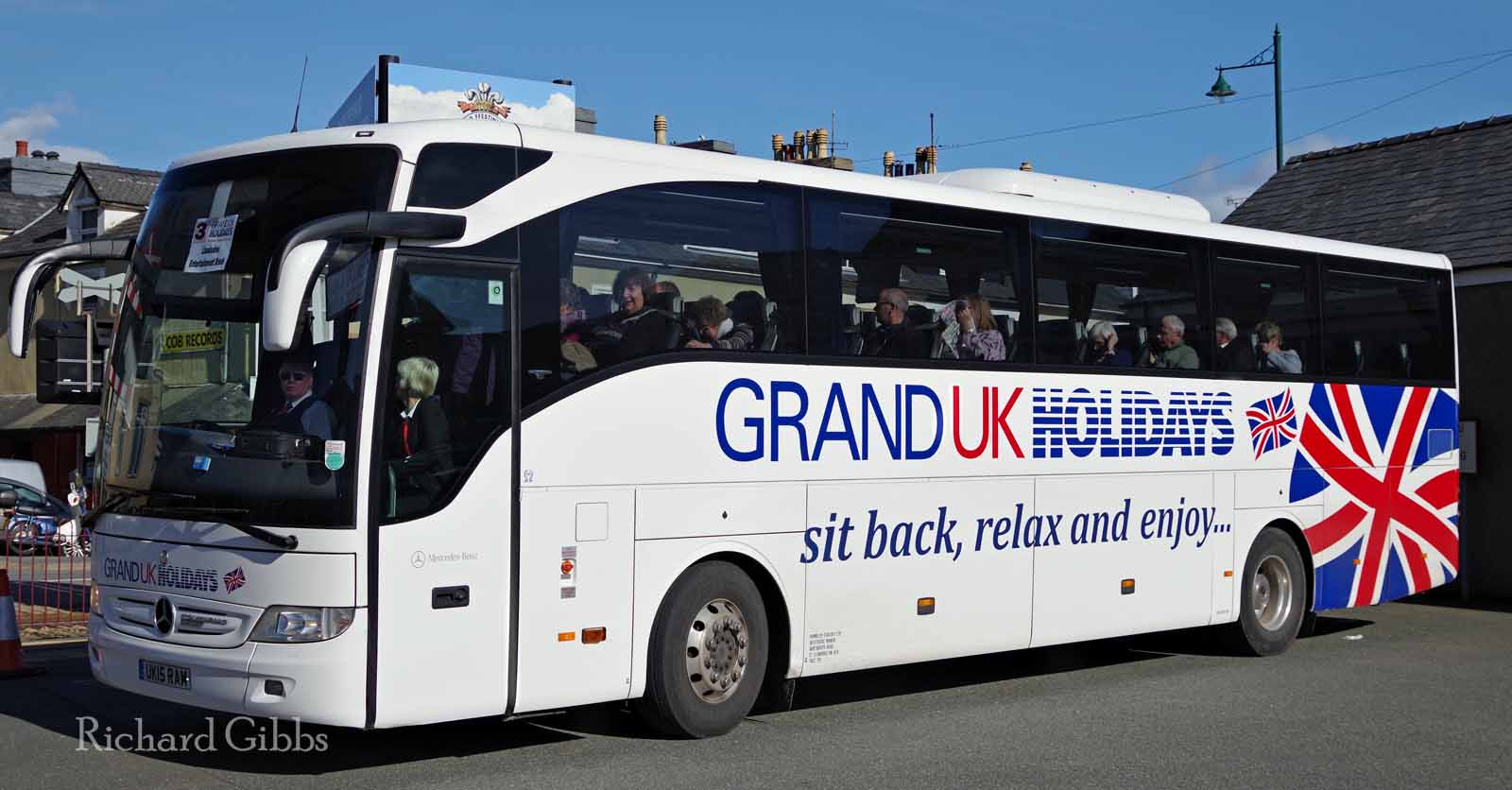 And why not indeed?  Except that I forgot to mention that Penrhyndeudraeth is said to be one of the most Welsh place in Wales, with 79% of the primary school pupils coming from Welsh-speaking homes.  Apparently, in 2011, English people took over the Royal Oak pub, but caused a riot by threatening customers who ordered their drinks in Welsh with an air rifle.  {Said landlords did not tarry long....} 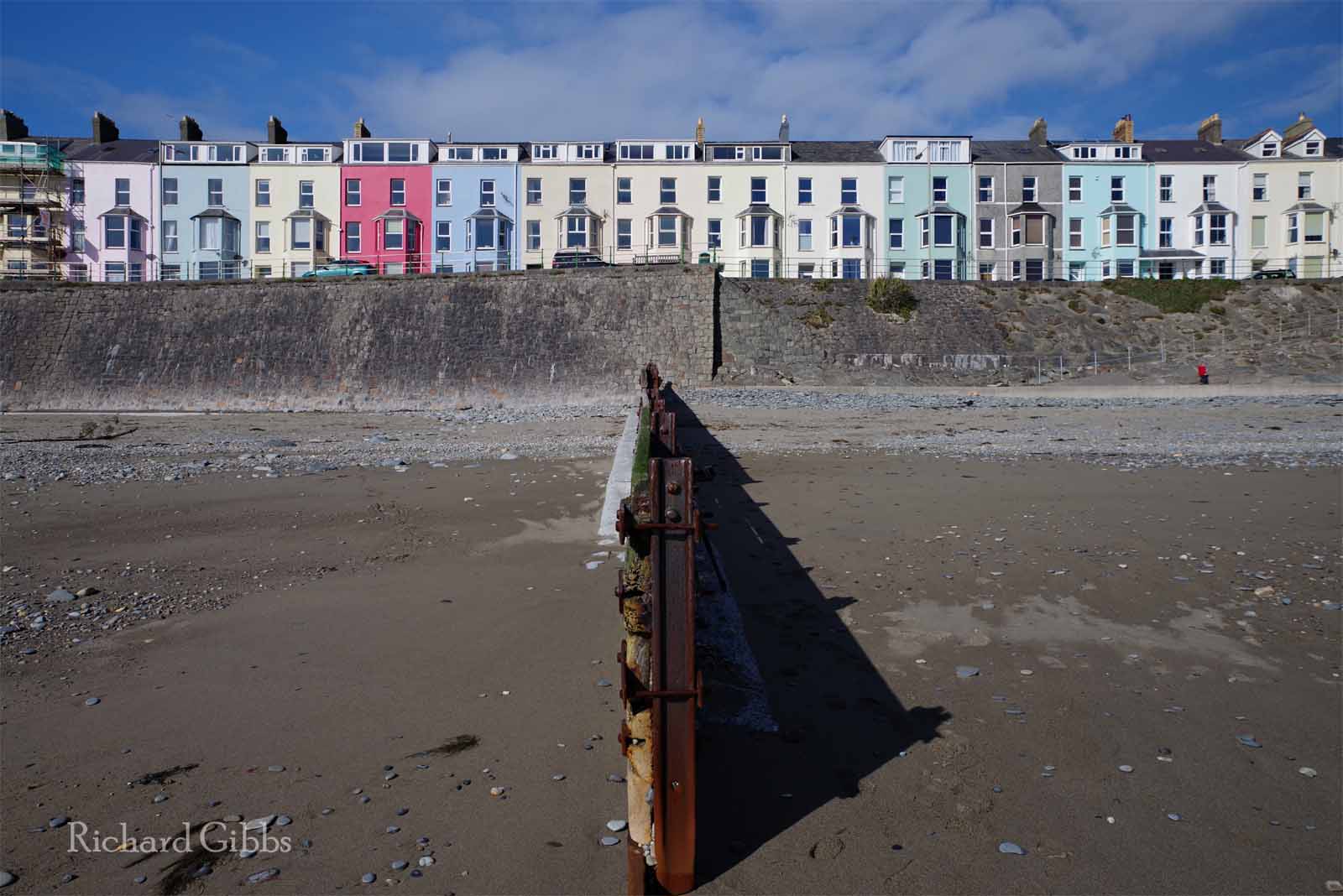 Criccieth is very Welsh, too, despite its Edwardian good looks, and despite its being acquired by force by Edward I as part of his collection of Welsh Castles.....

A mile or so on the road from Criccieth to Portmadoc (Cricieth to Porthmadog) is the village of Pentrefelin. It was here that 87 year old poet R S (the Rev Ron) Thomas died in 2000, having retired from full time church ministry in 1978. I met him in 1986, when I was on a course in Cambridge. He had driven all the way (in a Mini Clubman) from his unheated home on the Llŷn Peninsula to give a reading.  He was tall, and grey haired, and his face was weathered and etched with lichen - an impressive presence, something like a granite sheep.  He read his words quietly, as if to himself, but every word was heard. 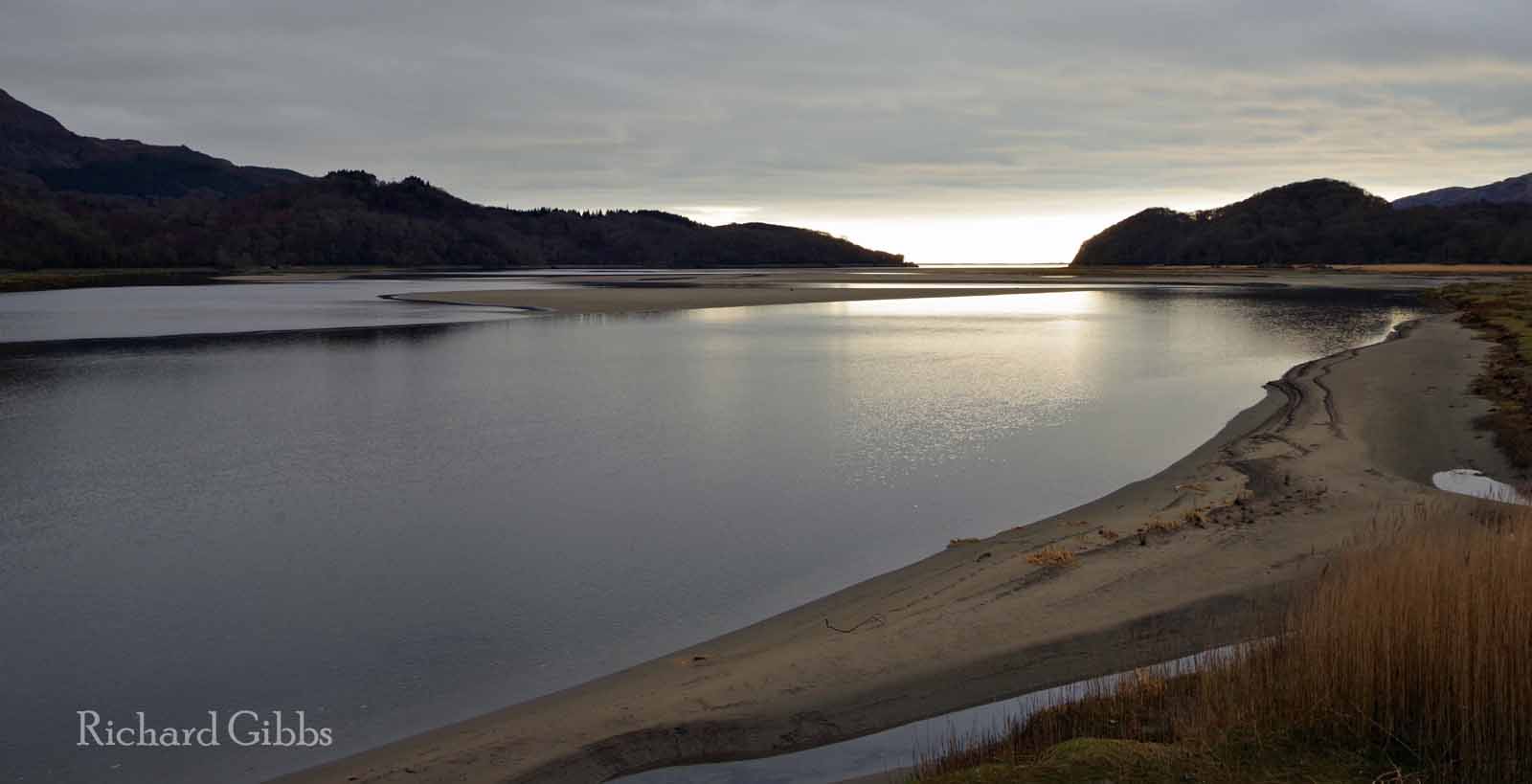 Thomas learned Welsh too late in his life to write poetry in the language, so he had no Bardic Chair.  But he wrote for Wales, and he understood writing.  A favourite poem is:

'Listen now, verse should be as natural
As the small tuber that feeds on muck
And grows slowly from obtuse soil
To the white flower of immortal beauty.'

'Natural, hell! What was it Chaucer
Said once about the long toil
That goes like blood to the poem's making?
Leave it to nature and the verse sprawls,
Limp as bindweed, if it break at all
Life's iron crust.  Man, you must sweat
And rhyme your guts taut, if you'd build
Your verse a ladder.'

'You speak as though
No sunlight ever surprised the mind
Groping on its cloudy path.'

'Sunlight's a thing that needs a window
Before it enter a dark room.
Windows don't happen.'

So two old poets,
Hunched at their beer in the low haze
Of an inn parlour, while the talk ran
Noisily by them, glib with prose.

I make my way back down the coast, past mighty Harlech Castle, past the caravan parks and tall boarding houses of Barmouth, and up the Mawddach  estuary to my friend Hilary's house, for a delicious supper of ravioli with rhythm and rhyme, with caesura sauce and run-on wine.....  On the way I stop to admire the reflections of the ridge of Cader Idris in the tidal waters, and another traveller comes to mind.  Daniel Defoe passed this way on his Tour Through the Whole Island Of Great Britain (1724 - 26).  Here among innumerable summits, and rising peaks of nameless hills, we saw the famous Kader-Idricks, which some are of opinion, is the highest mountain in Britain..... 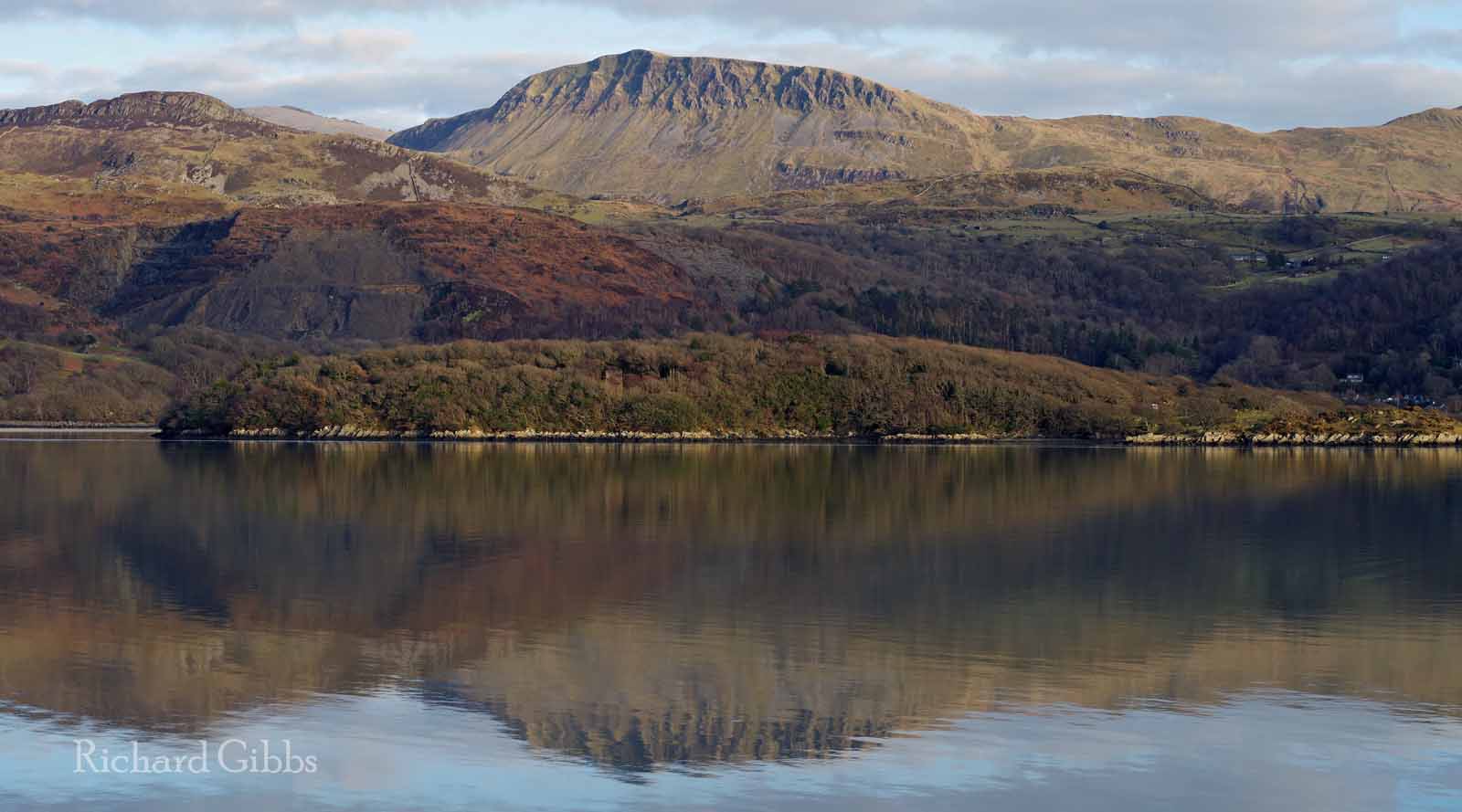 The sun on the mountain

By sweet streams I went walking - as the shy
Moorland breeze was playing;
And pale sunshine's arm did cling
To the old hills, embracing.

For more information on Hedd Wyn and his home at Yr Ysgwrn please see: