[complementary pictures to be found at: http://www.richardpgibbs.org/p/prague-2-bohemia.html]

Is this the real life?
Is this just fantasy?
Caught in a landslide
No escape from reality
Open your eyes
Look up to the skies and see

.  The .  We dine with Constanze Mozart.  It is a subdued evening.  As Lorenzo da Ponte (another guest) says,  It is not easy to convey an adequate conception of the enthusiasm of the Bohemians for Wolfie’s music.....  but we have just attended the first memorial service for Mozart to be held in .  It was a momentous occasion – thousands came and over a hundred musicians performed a great Requiem mass without any expectation of payment.  We are reminded that only four years before, the Prager Oberpostamtzeitung had proclaimed that Connoisseurs and musicians say that Prague has never heard the like, after the first ever performance of Don Giovanni in the new Estates Theatre….. 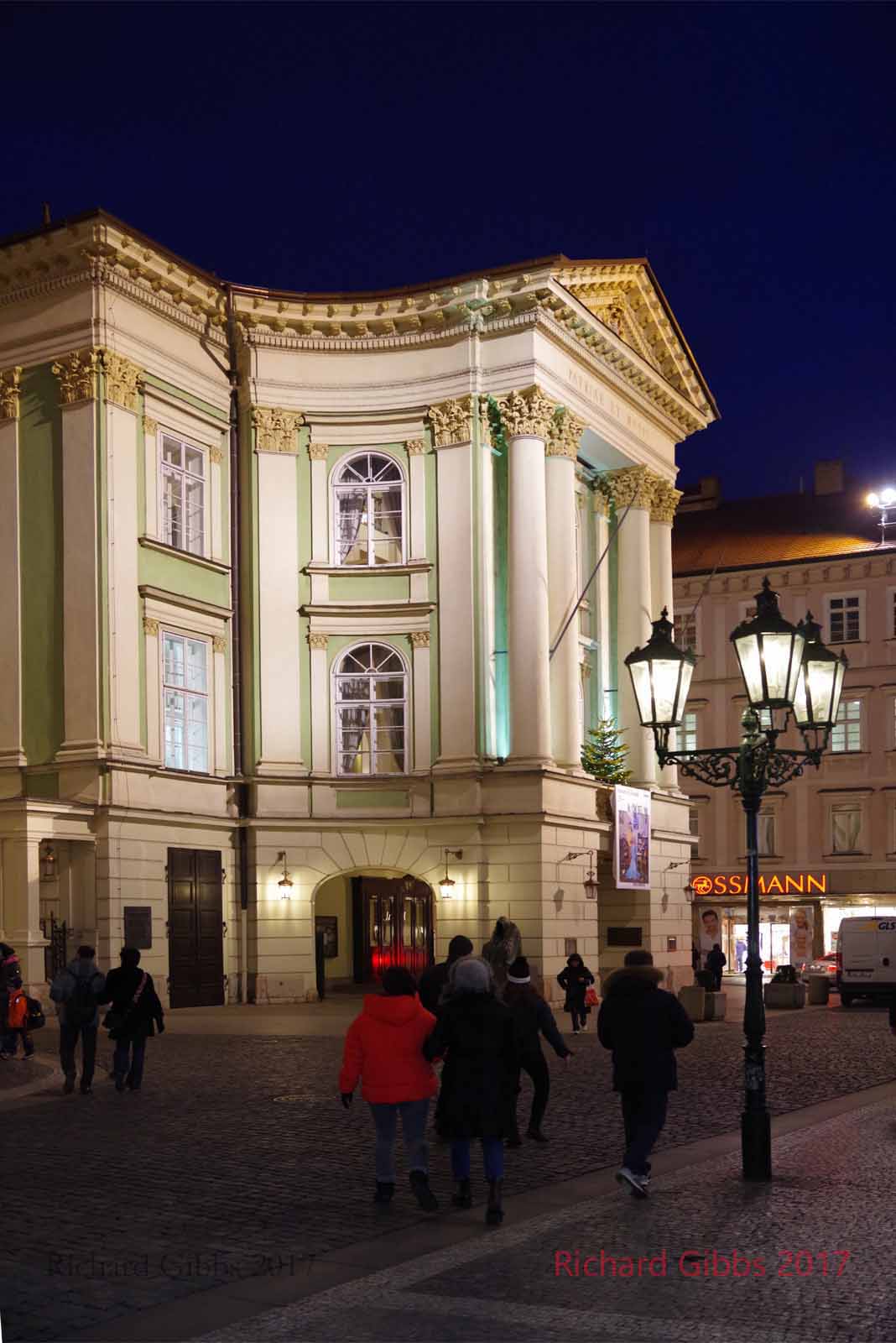 We spend a week in a quiet house in Malá Strana.  We are staying with Jan Neruda, the author of Prague Tales, and other feuilletons.  It is quiet, except that Žanýnka, the old woman who lived on the ground floor, has just died, and her dog has been barking and howling the whole night.  Ivan Klíma, is also present, writing a study of Karel Čapek, who not only gave us the word Robot but who, with his brother Josef, created The Insect Play, which, if I recall correctly, I once produced with some international students in Rome…. 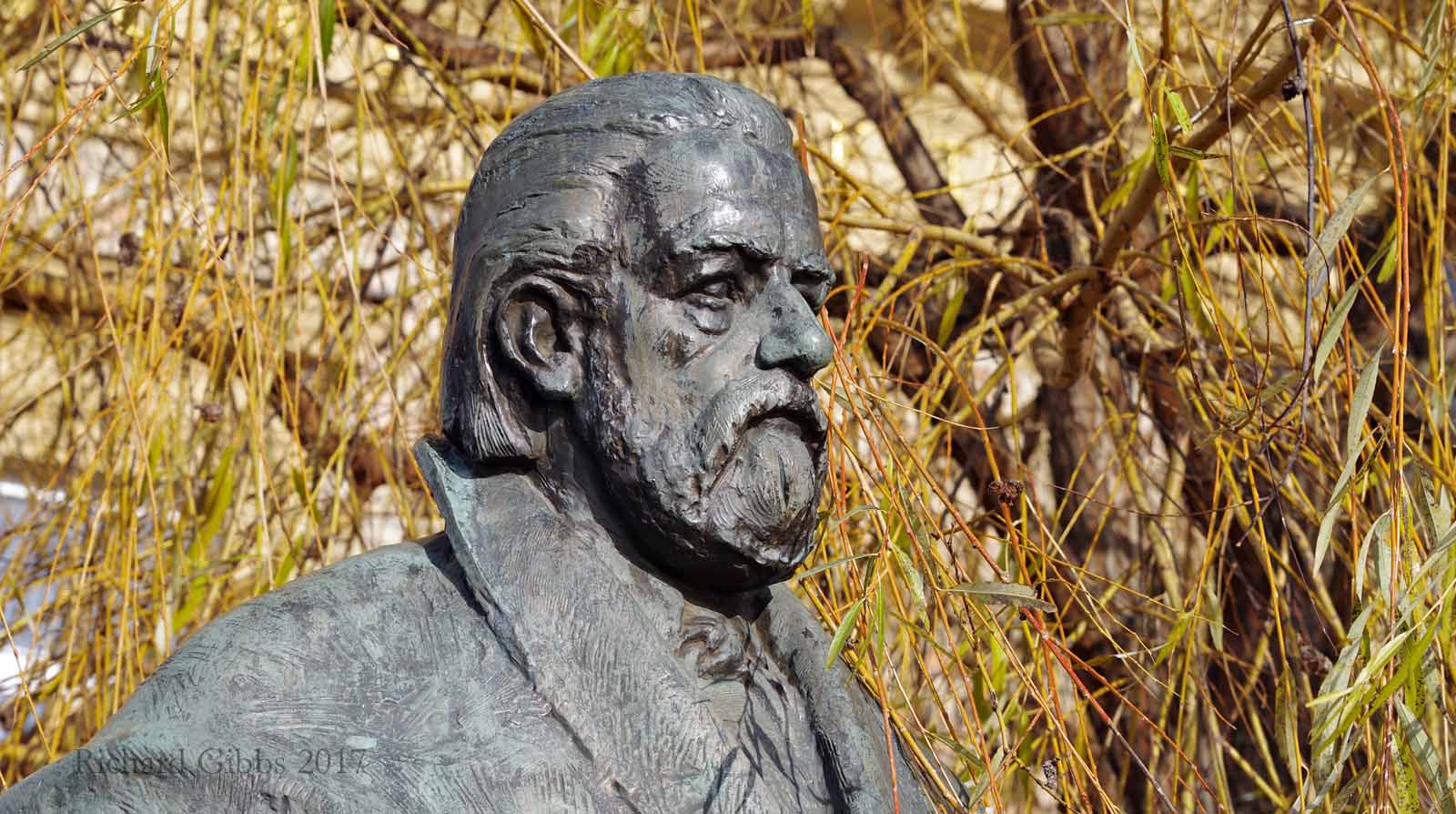 Neruda’s friend, Bedřich Smetana, visits, but he is too ill with syphilitic dementia to be much fun, so we go out to join in the delayed sixtieth birthday celebrations for Antonín Dvořák.

As if this wasn’t confusing enough, we are invited by my old school friend Sir Cecil Parrott, erstwhile British Ambassador to , to attend a meeting of The Party of Moderate Progress within the Bounds of the Law at the Golden Litre, a café-bar in Vinohrady.  The café is full, and I bump into Max Brod and his friend Franz Kafka, but the star turn is Jaroslav Hašek, the author of The Good Soldier Švejk, who promises reform and expounds his electoral programme.  It is exhilarating, though he does speak for three hours! 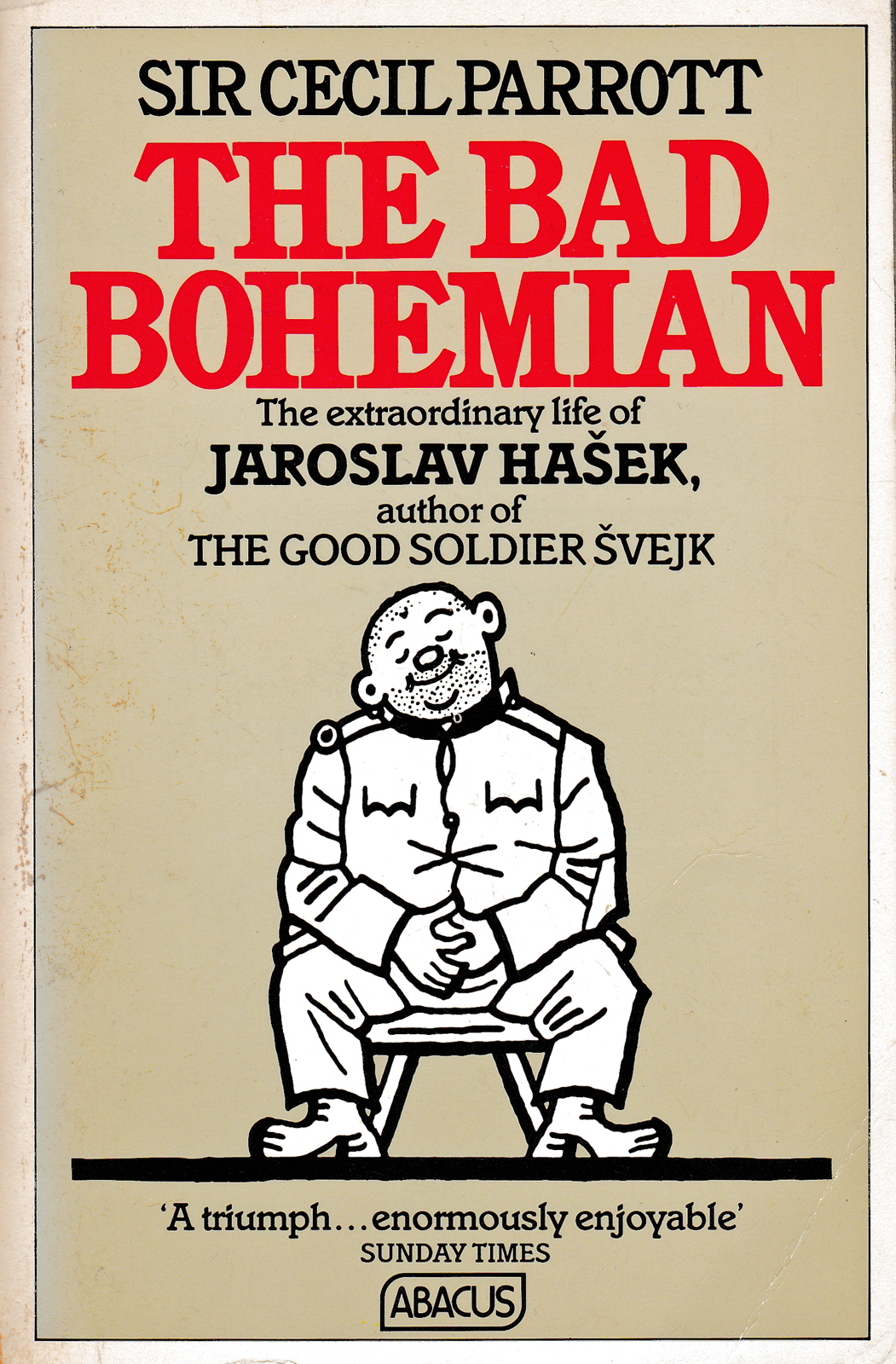 is so Bohemian.  I have coffee with Kafka who introduces me to his Jewish friend Kaspar Utz, who keeps a private collection of porcelains.  I drink beer with Hašek, laughing uncontrollably at his anecdotes about his exploits during the war, especially of the drumhead mass with Chaplain Otto Katz….. 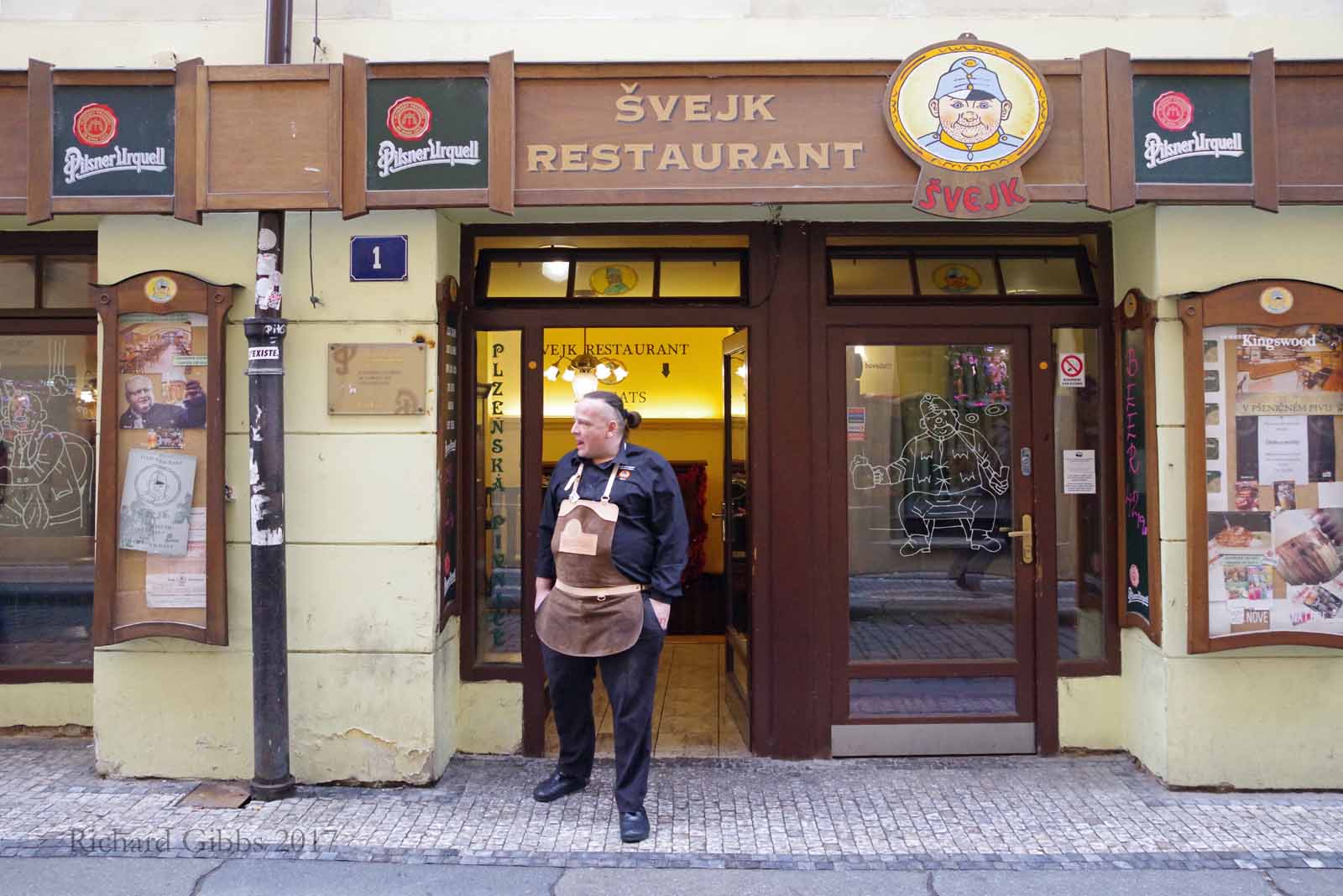 I talk poetry with Rainer Maria Rilke, Miroslav Holub and Vladimir Horan, none of whom can agree on rhyme nor rhythm.  Then I fall into dubious company at U Zlatého tygra (The Golden Tiger) at Husova 17, in the Staré město district.  While Bill Clinton enjoys a chat with Václav Havel, I find myself quaffing jugs of Pilsner Urquell with the arch Bohemian Bohumil Hrabal and his wife.  The songwriter Vlasta Třešňák is arrested from our very table by the State Security, but the evening hardly falters. The film director Jiří Menzel wants me to take a small part in his film of Hrabal’s Closely Observed Trains, but Miloš Forman makes me a better offer. 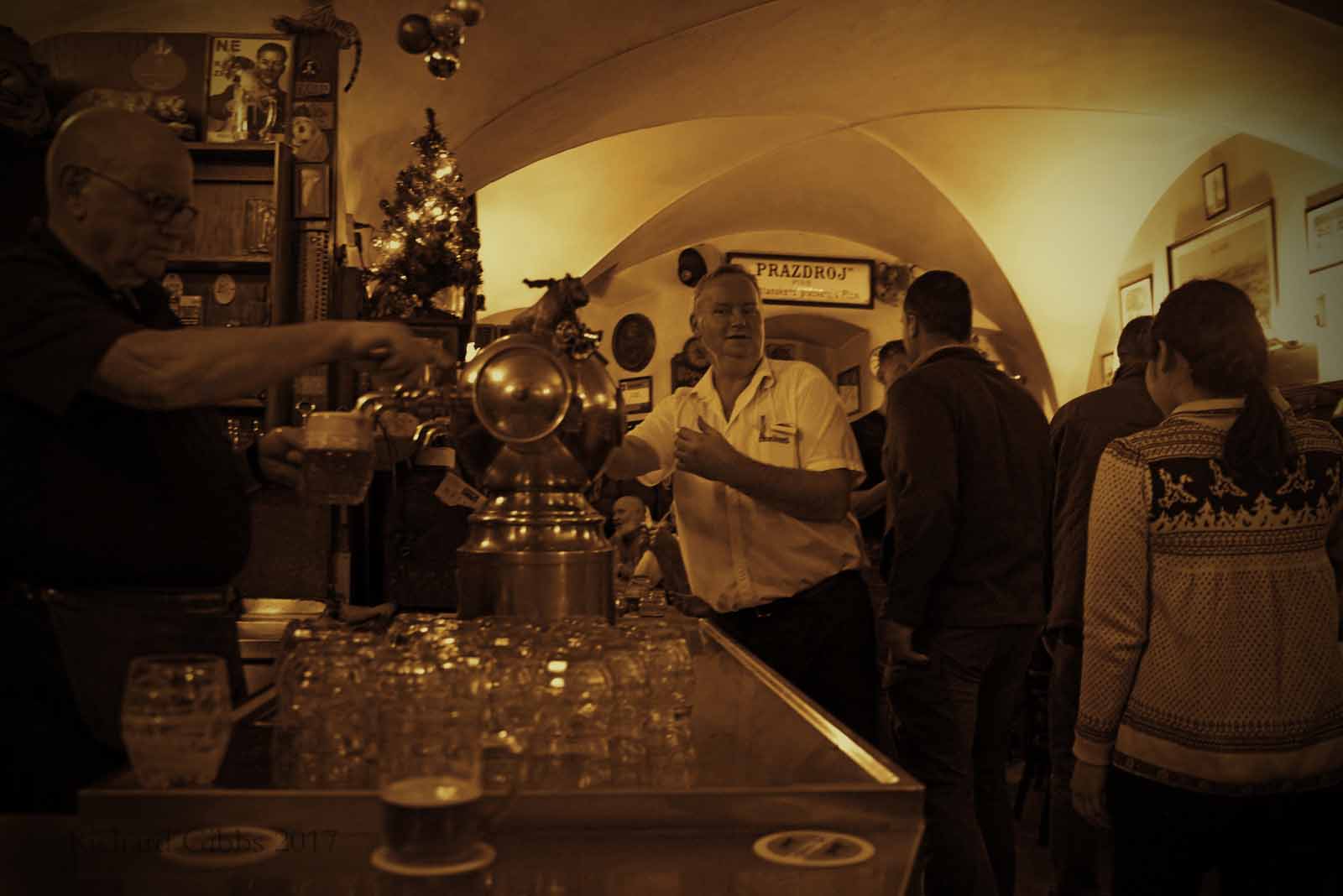 And that, dear reader, is more or less how we find ourselves back dining with Constanze and Wolfgang Amadeus Mozart.

Any way the wind blows 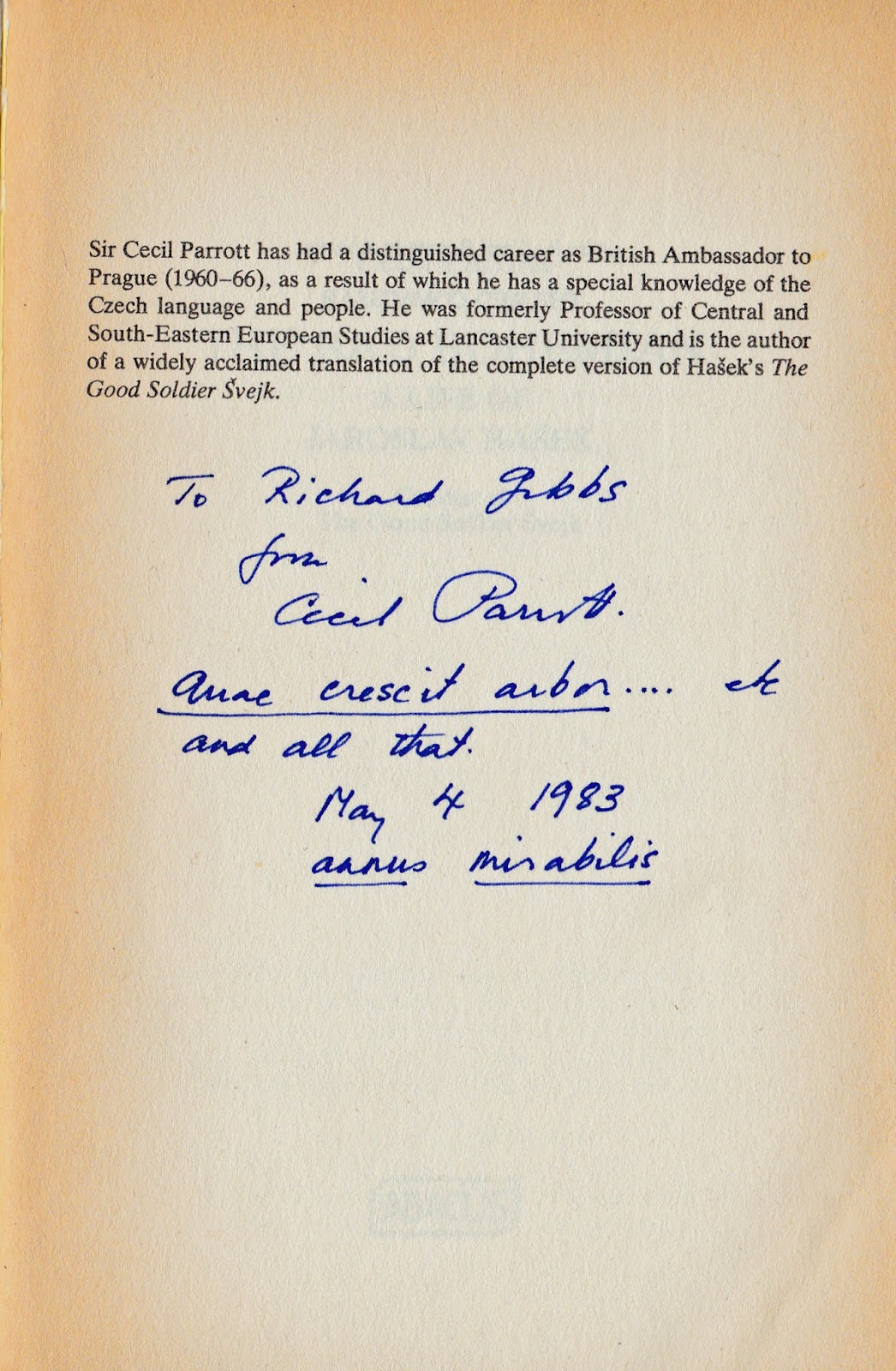 Hašek, Jaroslav     1883 - 1923         Czech writer, humorist, bohemian and anarchist, most famous for creating The Good Soldier Švejk and thereby spawning a thousand hostelries where the infamous Švejk might just possibly have paused.....

Hrabal, Bohumil    1914 - 1997         Czech bohemian and novelist, author of Closely Observed Trains, I served the King of and Dancing Lessons for the Advanced in Age, among others.  Patron of The Golden Tiger and other bars. Died attempting to feed pigeons from a fifth floor hospital window

Kafka, Franz      1883 - 1924        German-speaking Jewish Czech novelist and short story writer, most famous for The Trial, The Castle, and Metamorphosis.  An excellent museum commemorates him near the in

Mozart, Wolfgang Amadeus    1756 - 1791      Composer, musician and cheeky letter-writer.  Possessed of genius.  Regular visitor to Prague, where, perhaps, he was most popular?

Mozart, Constanze 1762 - 1842         Austrian singer, married to Wolfgang Amadeus Mozart in 1782, then after his death to George Nikolaus von Nissen.  Mother of Mozart's six children (though four died in infancy)

Neruda, Jan      1834 -1891   Czech poet, novelist, essayist and journalist.  One of the first modern writers to use the Czech language.  Chilean poet Ricardo Eliecer Neftalí Reyes Baloalto (1904 - 1973)  adopted the pen name Pablo Neruda as a teenager, to avoid detection by his father, who loathed the writing profession.  If you had forgotten, he was the one who received letters on the island of Procida from the fatally ill Massimo Troisi in Il Postino (supposedly) in 1950.... All of which was directed by Michael Radford, (who had a brief connection through his son with a school I was associated with in Harpenden.....)

Parrott, Sir Cecil    1909 - 1984      British diplomat, translator, writer and scholar.  Educated at and , .  Translator and biographer of Jaroslav Hašek, and, at the time of his death, working on a biography of Leoš Janáček....

Smetana, Bedřich    1824 - 1884         Czech composer, best known for the opera The Bartered Bride and for his symphonic cycle Má Vlast (My Homeland) which holds a special place in Czech culture.....

[complementary pictures to be found at: http://www.richardpgibbs.org/p/prague-2-bohemia.html  ]