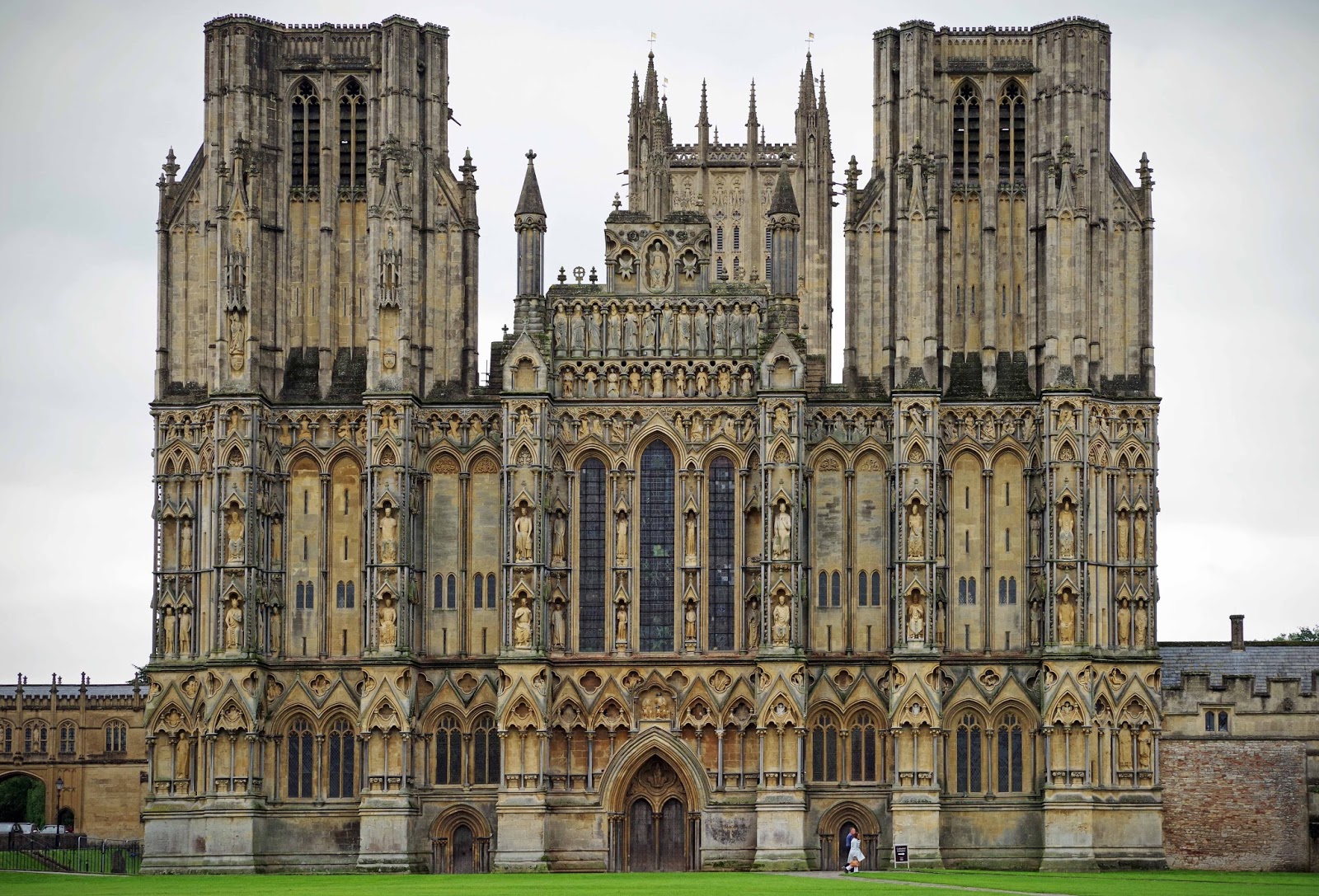 
I can't help about the shape I'm in
I can't sing, I ain't pretty and my legs are thin
But don't ask me what I think of you
I might not give the answer that you want me to

Sister morphine made the juddering ambulance comfortable.  I could just see a green paramedic uniform hunched over a clipboard in the dim interior.  I tried to imagine where we were.

Psilocybin would have explained some of it, but this was pain.  Worse than any childbirth, or so my paramedic friend told me…..  Last time I had this pain I was at scout camp the day Marilyn Monroe OD’d and I had cider and cake with my mum and dad then a swim in the coldest river in …..  Fifty years and counting.

Out in the cold and dark at 4.30; taxi home.  Diagnosis, probably acute gastritis.  I disagree, but hey!

Episode over.  In the past.  Finished.

Several tender days later, recovering from what I was sure was biliary colic, I woke early in and saw the sun rise over Clifton Downs. 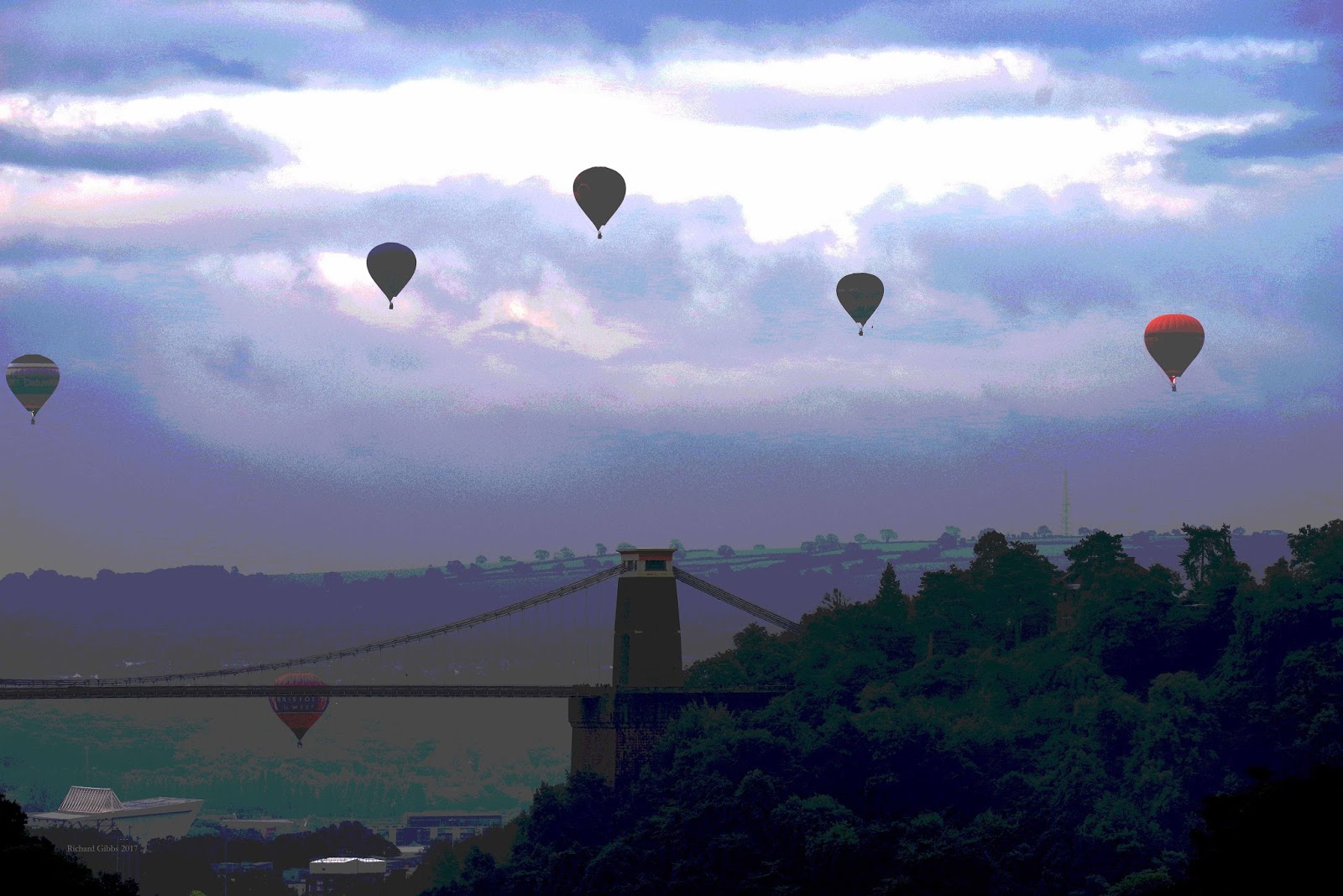 The Balloon Fiesta was on and eighteen daring balloonists flew 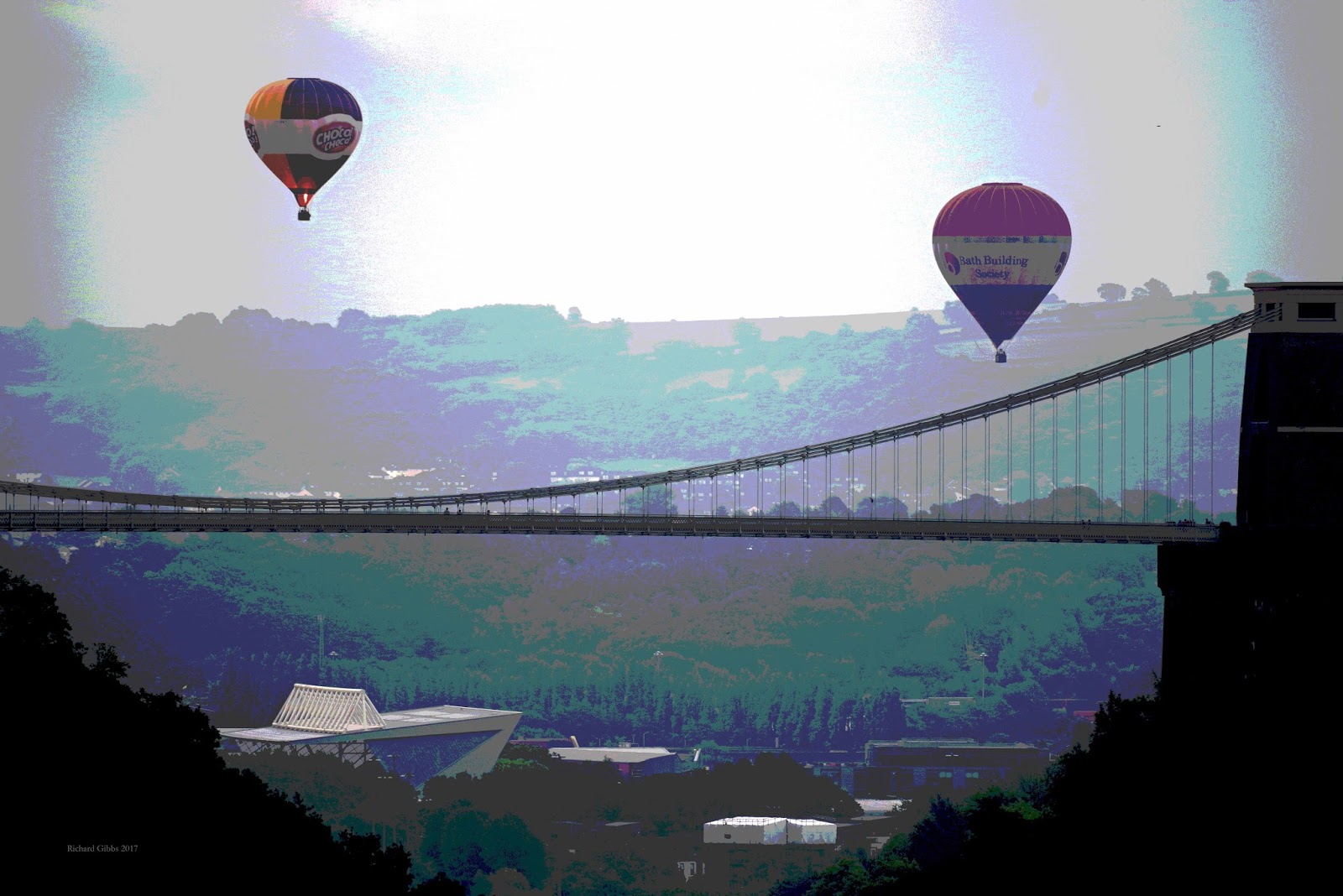 from across Hotwells before the management deemed the wind unsuitable.

As the glowing orbs wafted into the clouds, I set off across the empty city, and up the A37 to Midsomer Norton, then over the Mendips on the A39 to the city of .

It is still early, and the place is quiet, with market traders just setting out their stalls, and the mighty Cathedral just waking up.  In the interests of health and scenery I trek back up the scarp slope above the spring line to the heights of the hills, crossing the and following a sunken lane, cut deep into the limestone, 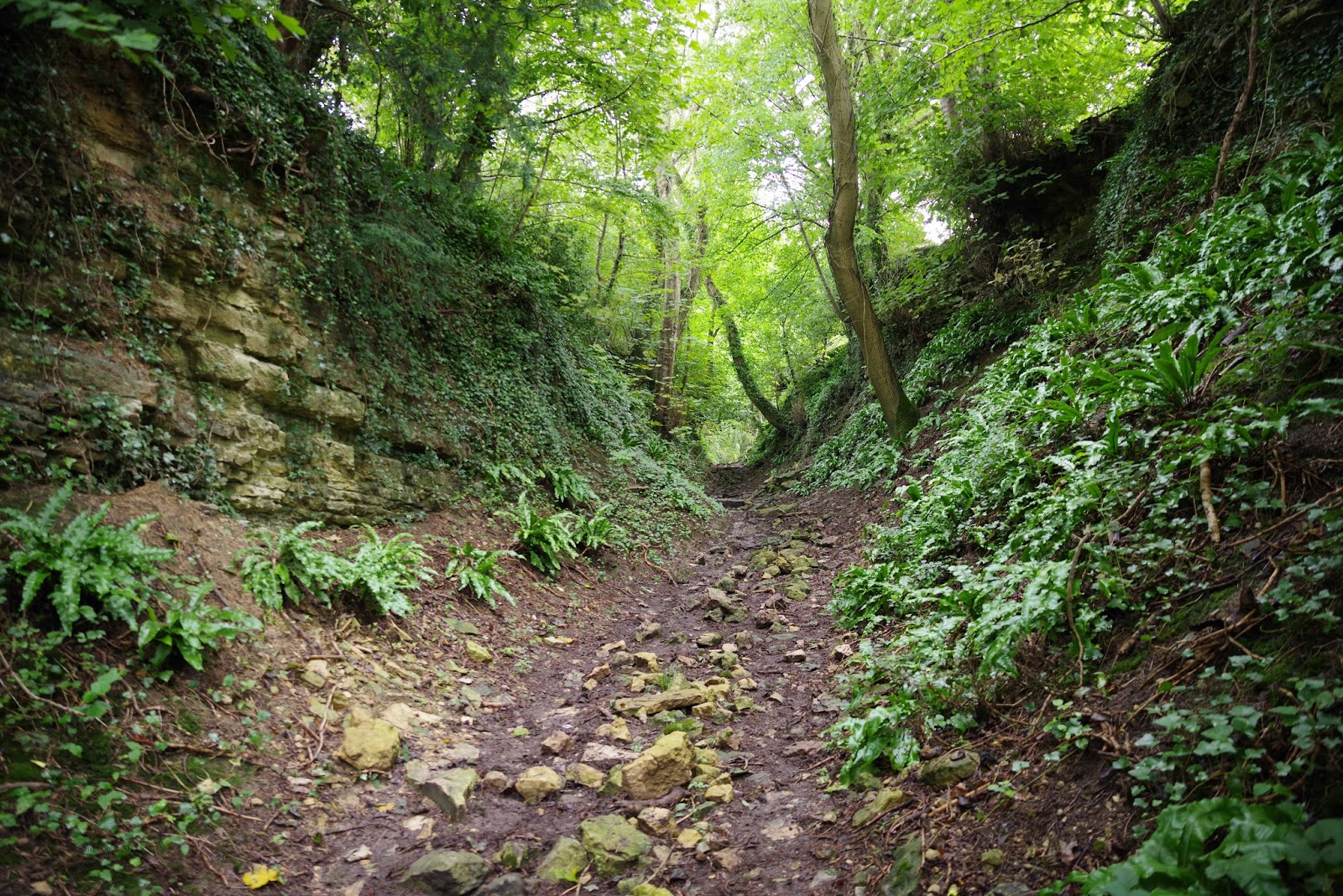 before reaching the plateau.

From here the view back is fine, across the Cathedral amidst fields, and on to the levels, and to the sea. 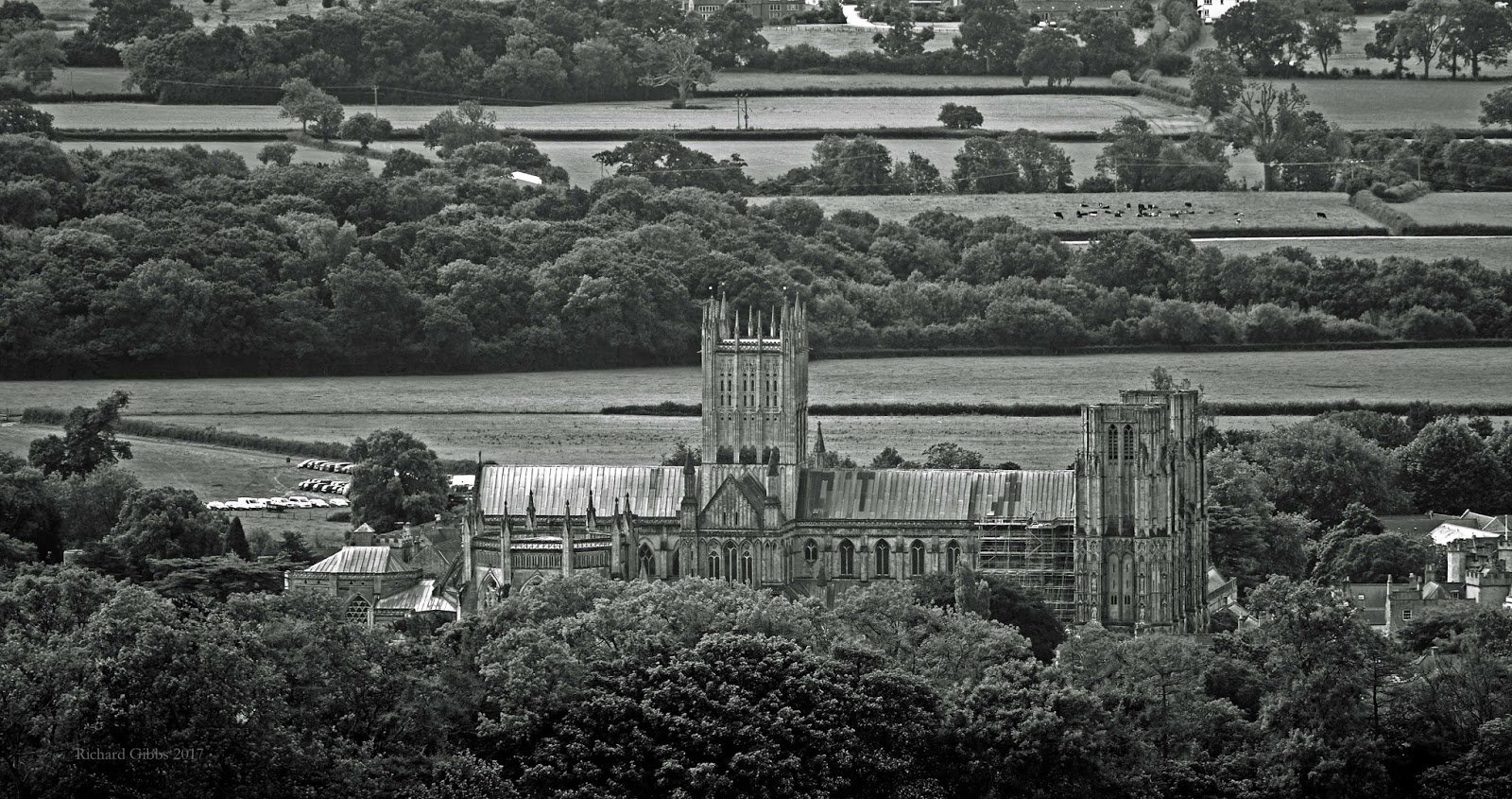 I wander on, along a drover’s road, and then across fields, to the stunning gash that is Ebbor Gorge.  It’s a mini-cheddar, to coin a phrase (sic), though without the crowds, and without a road.  It is designated a National Nature Reserve, owned by the National Trust (in memory of Winston Churchill) but managed by Natural England.  Ash trees, oak, beech, wych-elm and dogwood fill the gorge. 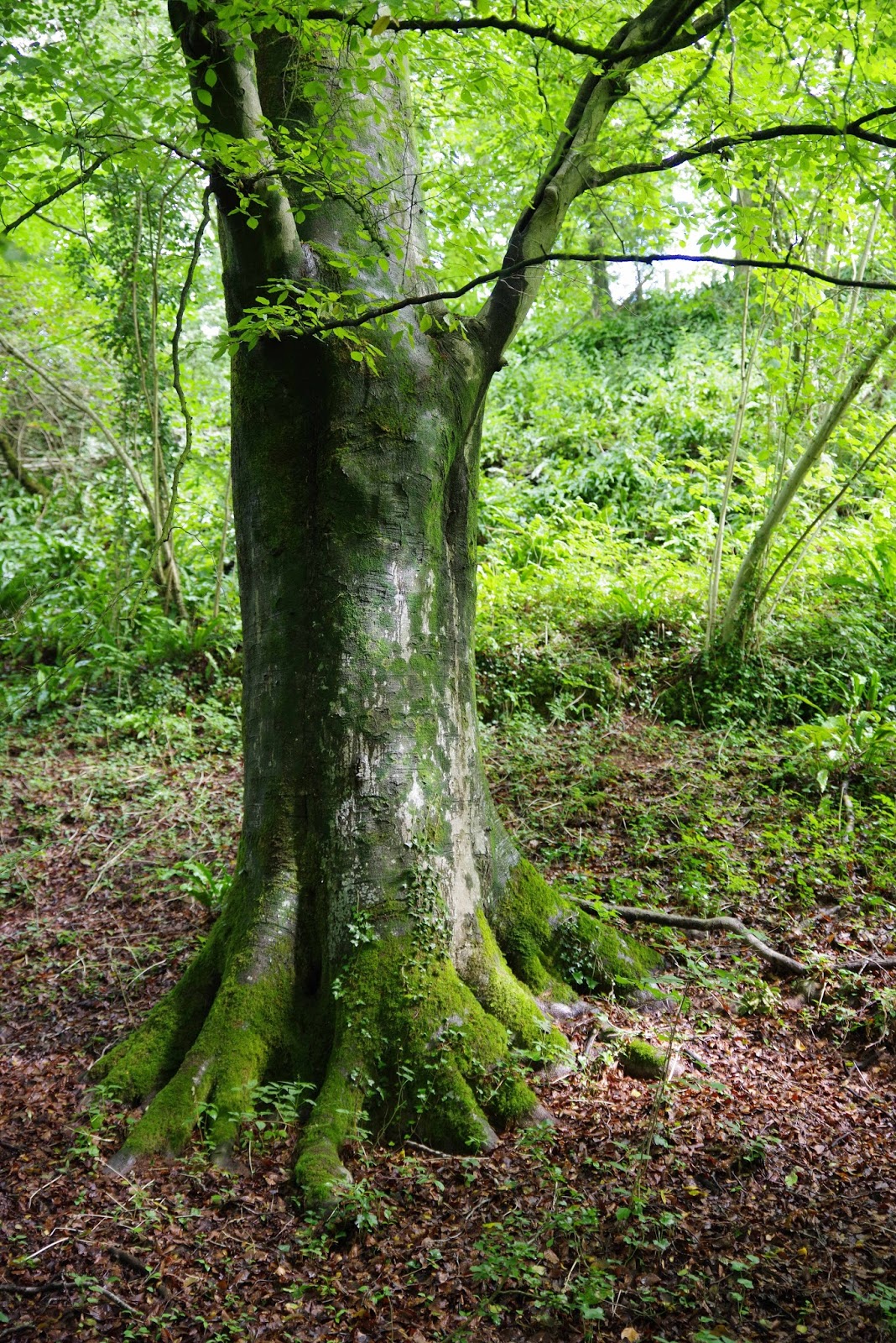 It’s damp and deep and ancient.

Once a watercourse following faults and weaknesses in the limestone, it became a cave, then fell in, tens of thousands of years ago. 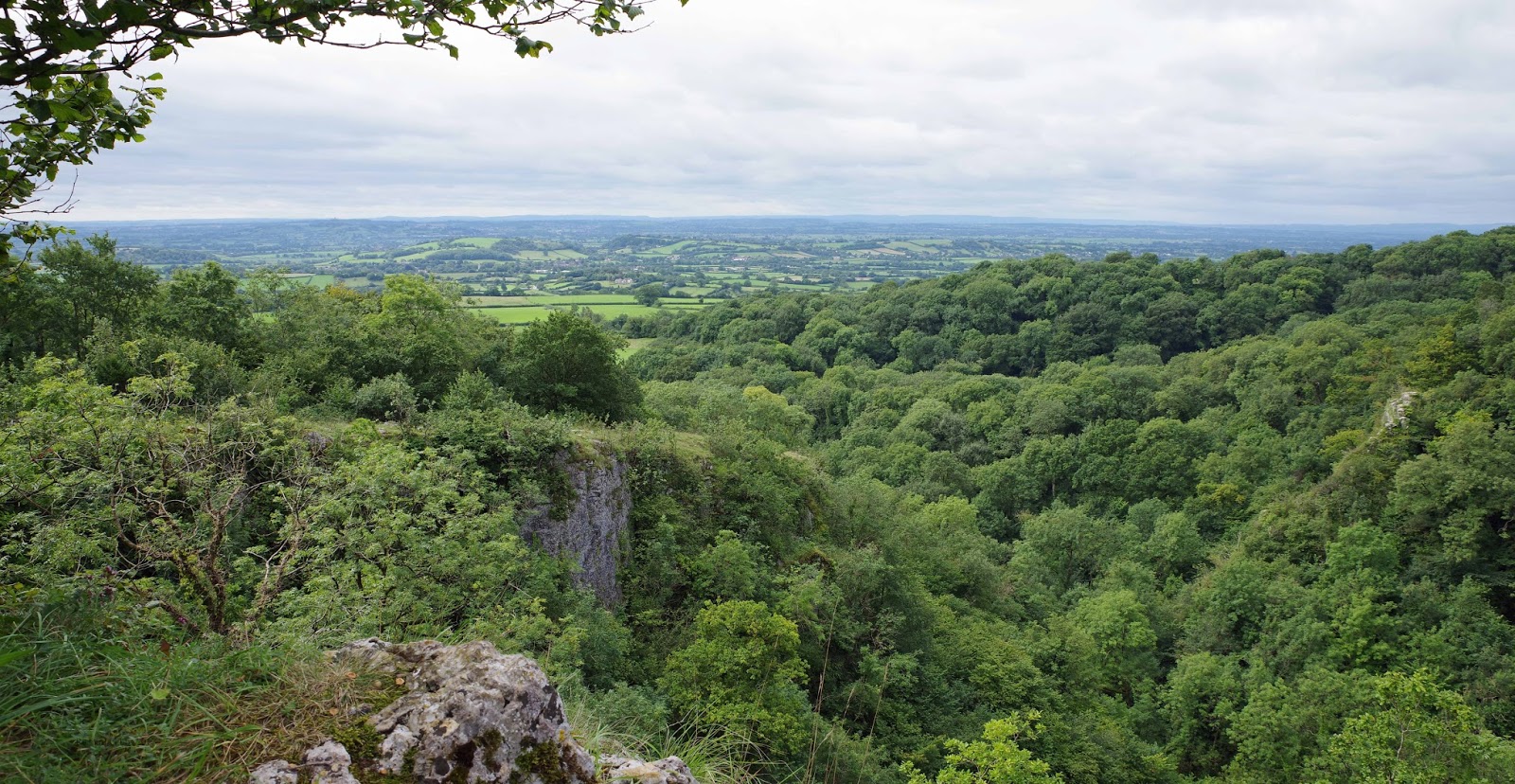 It’s more popular now than when I last visited some tens of years ago, but it is still a wild and awesome place. 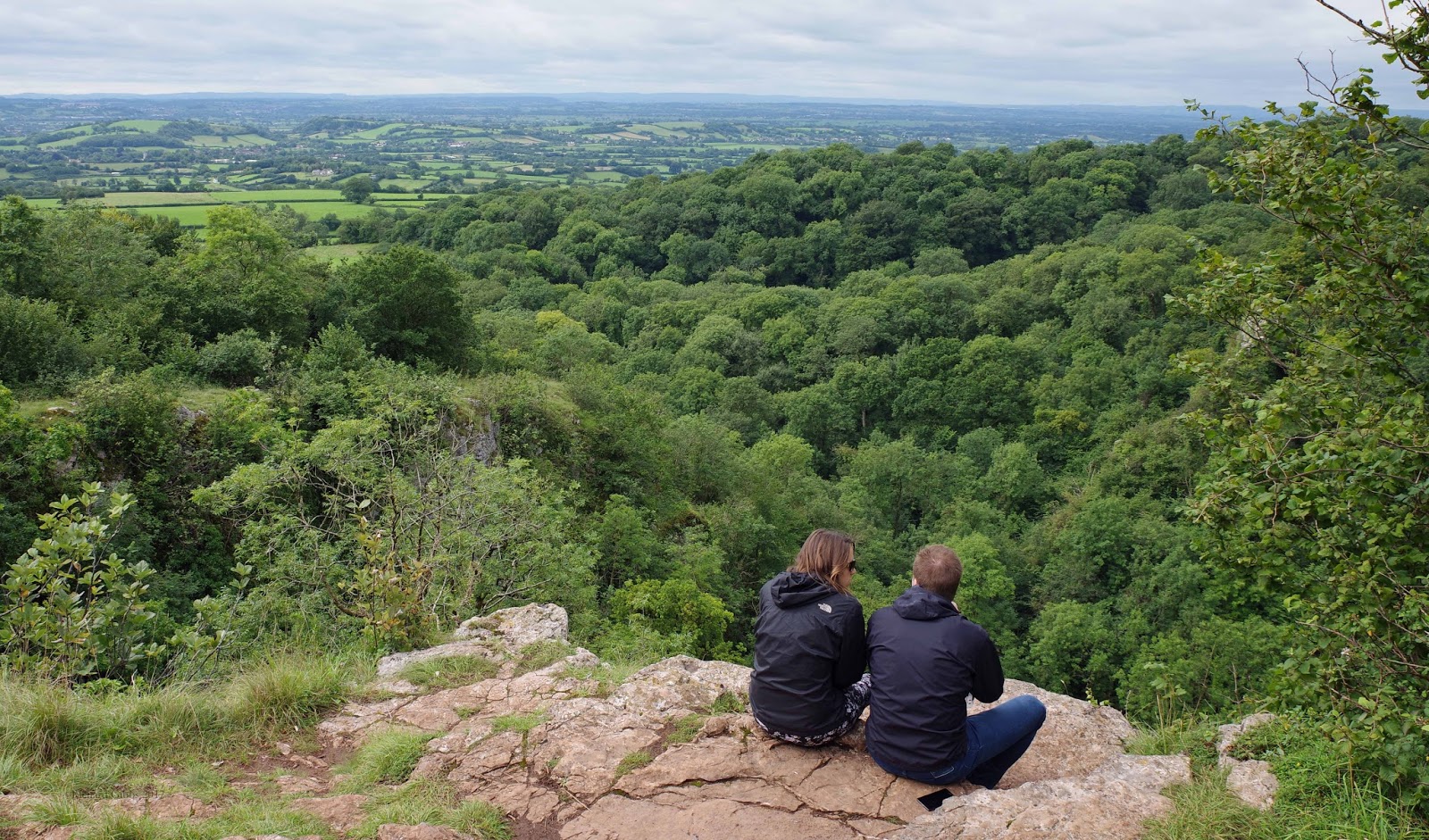 From the rocky narrows, its not far to the , where visitors wonder at the vast grottoes and children experiment in the Axe-driven paper mill. 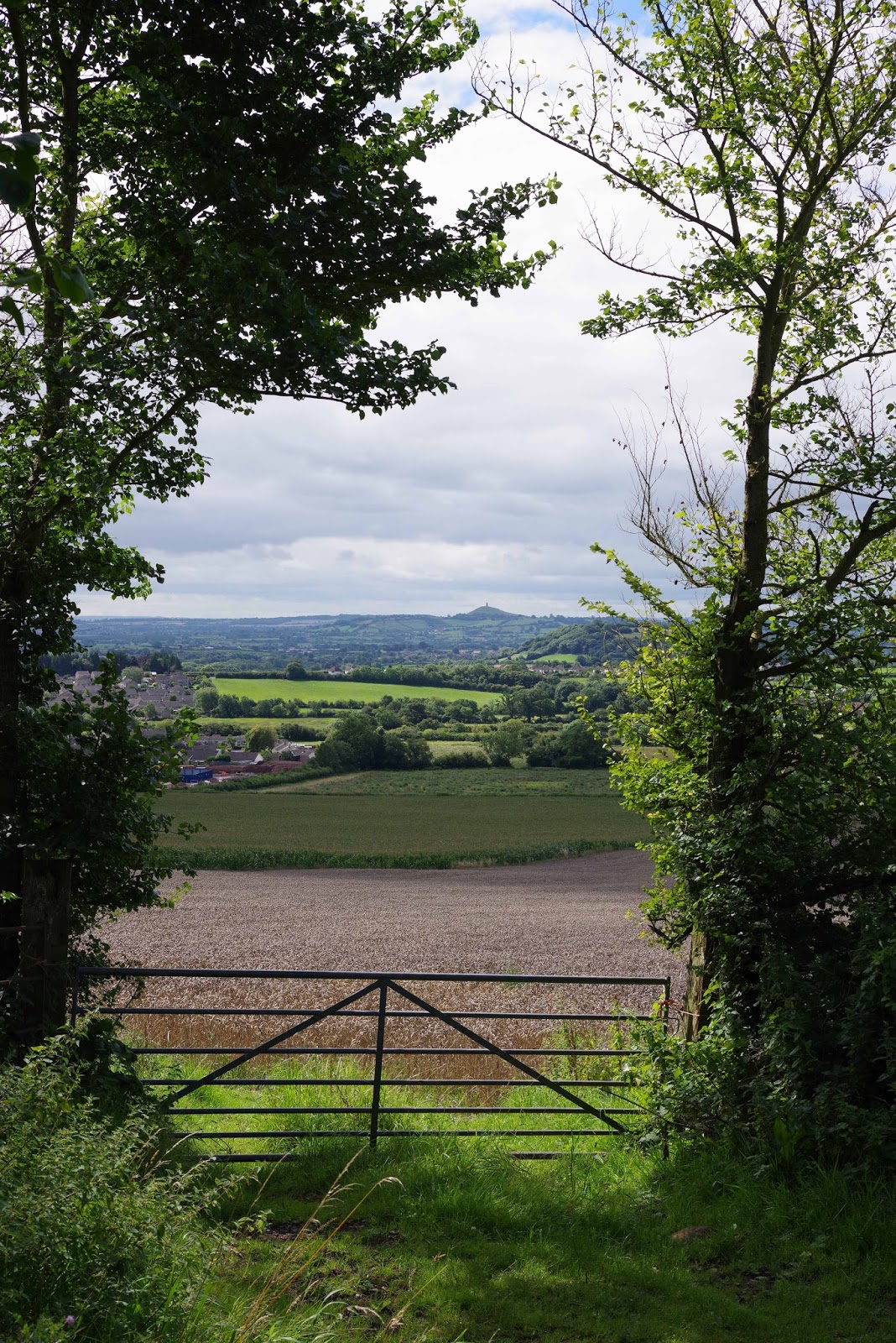 Across the fields I can just see Glastonbury Tor, and then I pass through abandoned Underwood Quarry (where in the 1930s bones of a hippopotamus from 150,000 years ago were uncovered) and back towards the sculpted west front of Wells Cathedral. 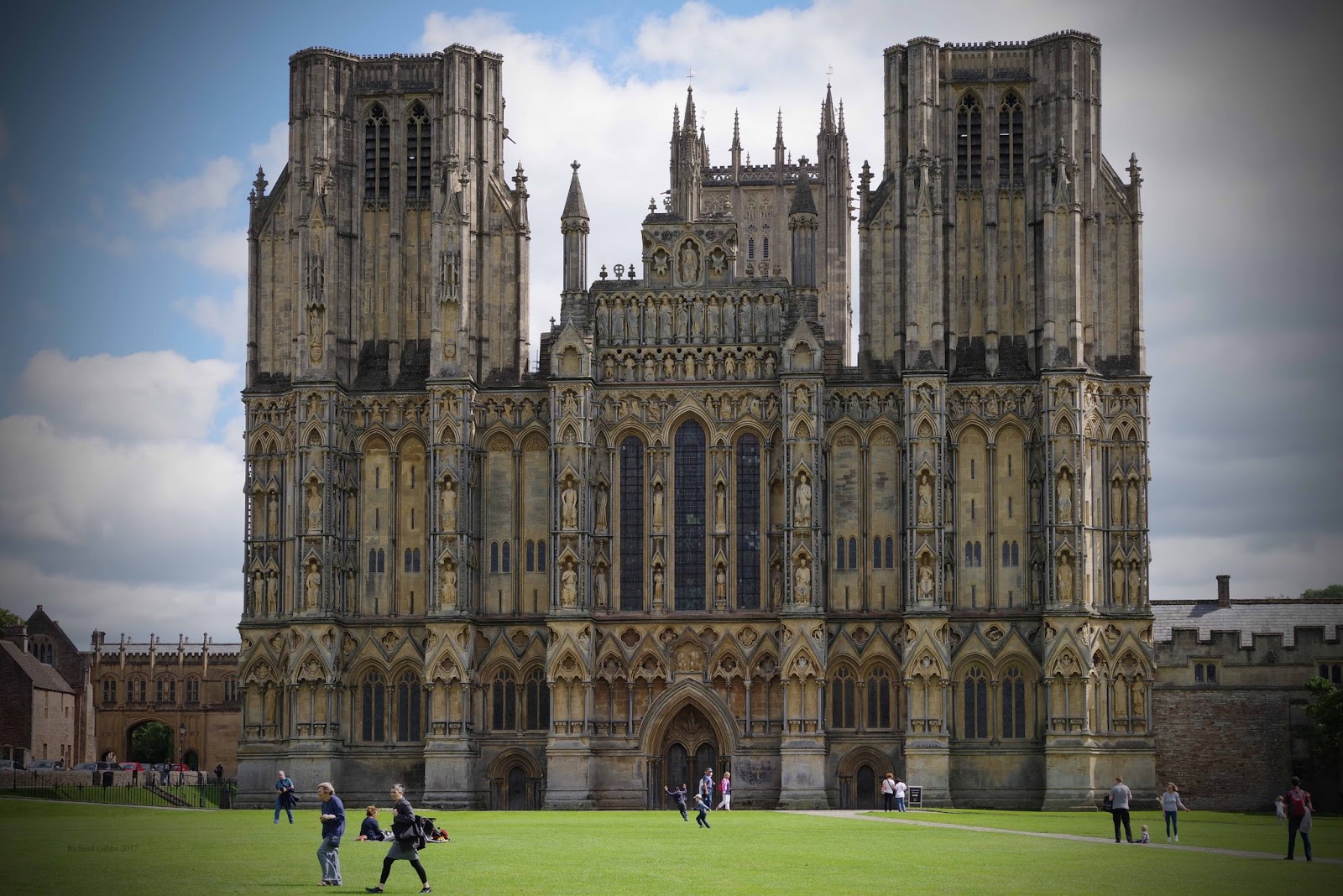 Founded near St Andrew’s spring at the foot of the Mendips, there was a minster church here before it was granted cathedral status in 909.  The current building was consecrated in 1239, and it would have looked very different with its painted and gilded statues, though it is still impressive today. 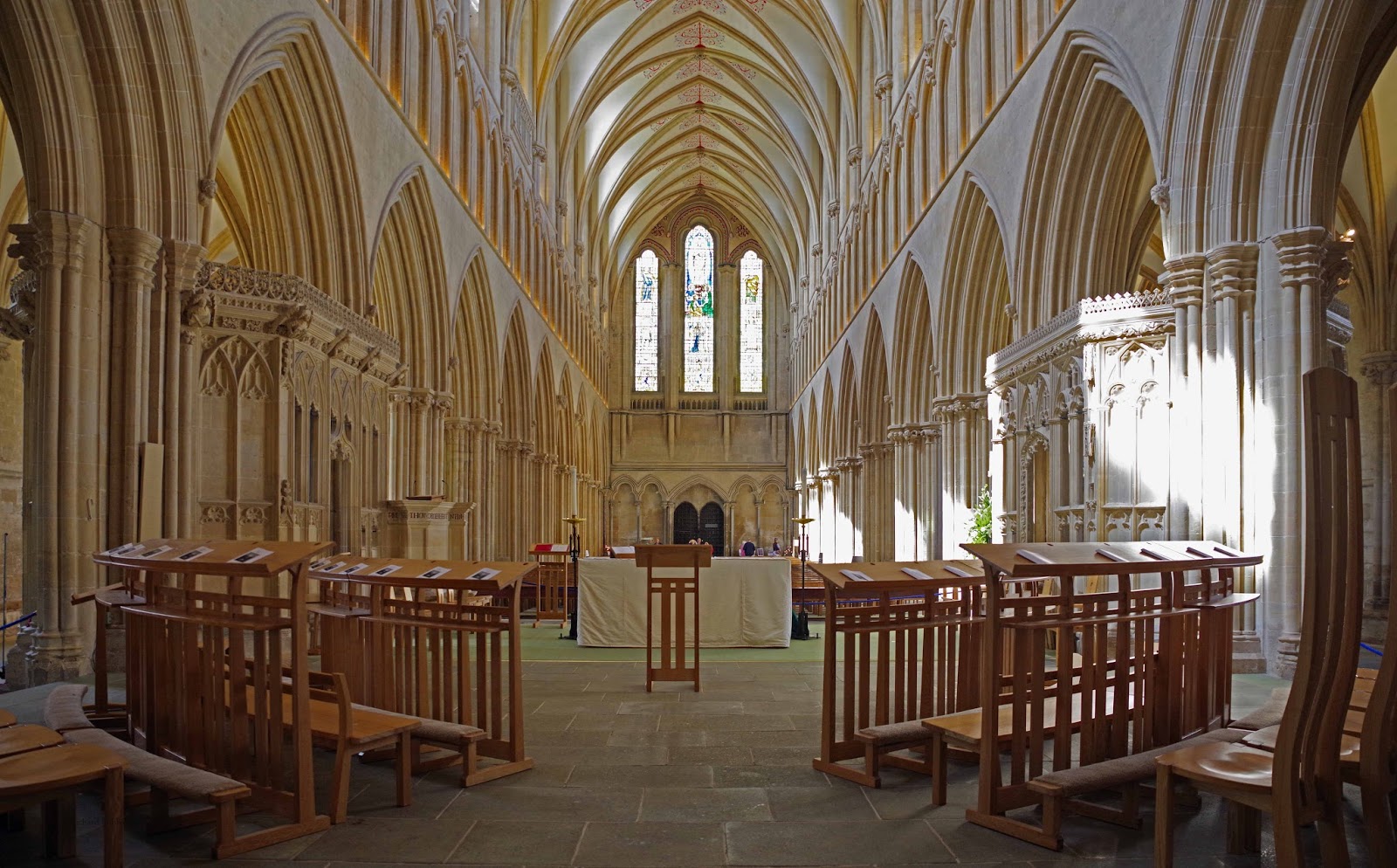 I enter through Martin Stancliffe’s 2008 discreet but beautiful visitor centre and cross the medieval cloister. 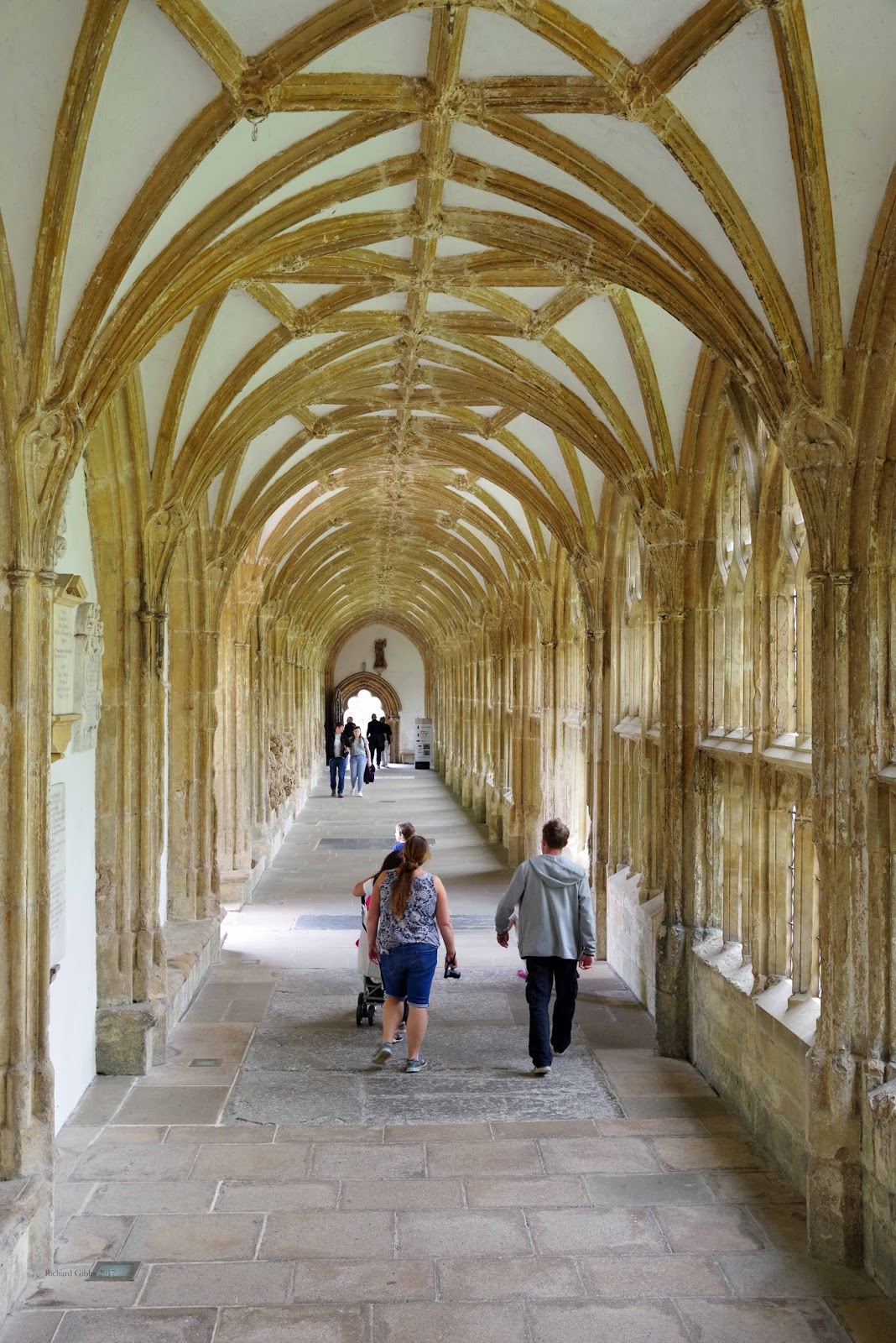 Inside the giant scissor arches seem modern, but these were built in the 1330s to support the central tower which was beginning to crack. 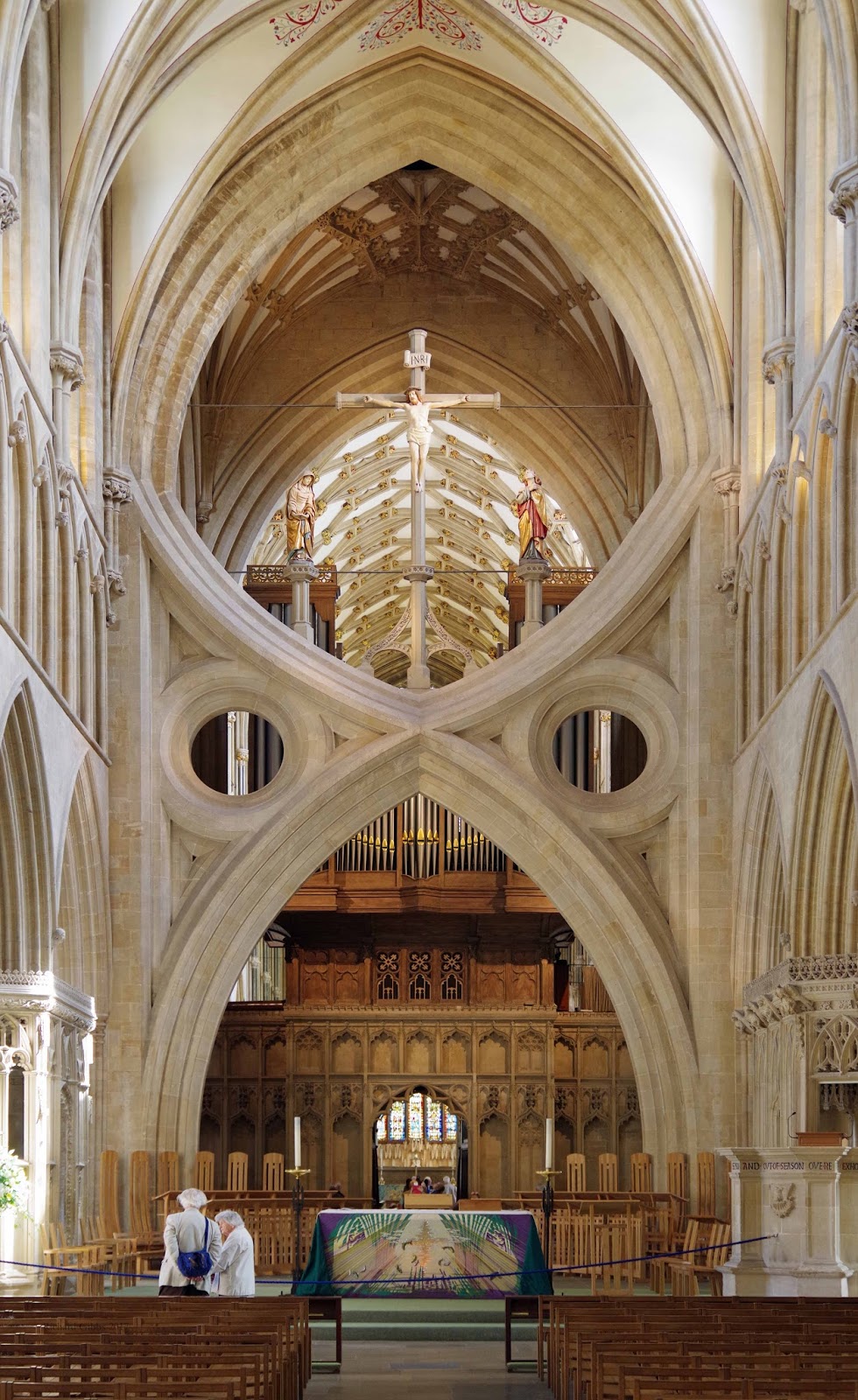 The play of light over the fair stone is glorious, and, despite my lack of faith, I cannot help but feel uplifted.  The undercroft is gently quiet, 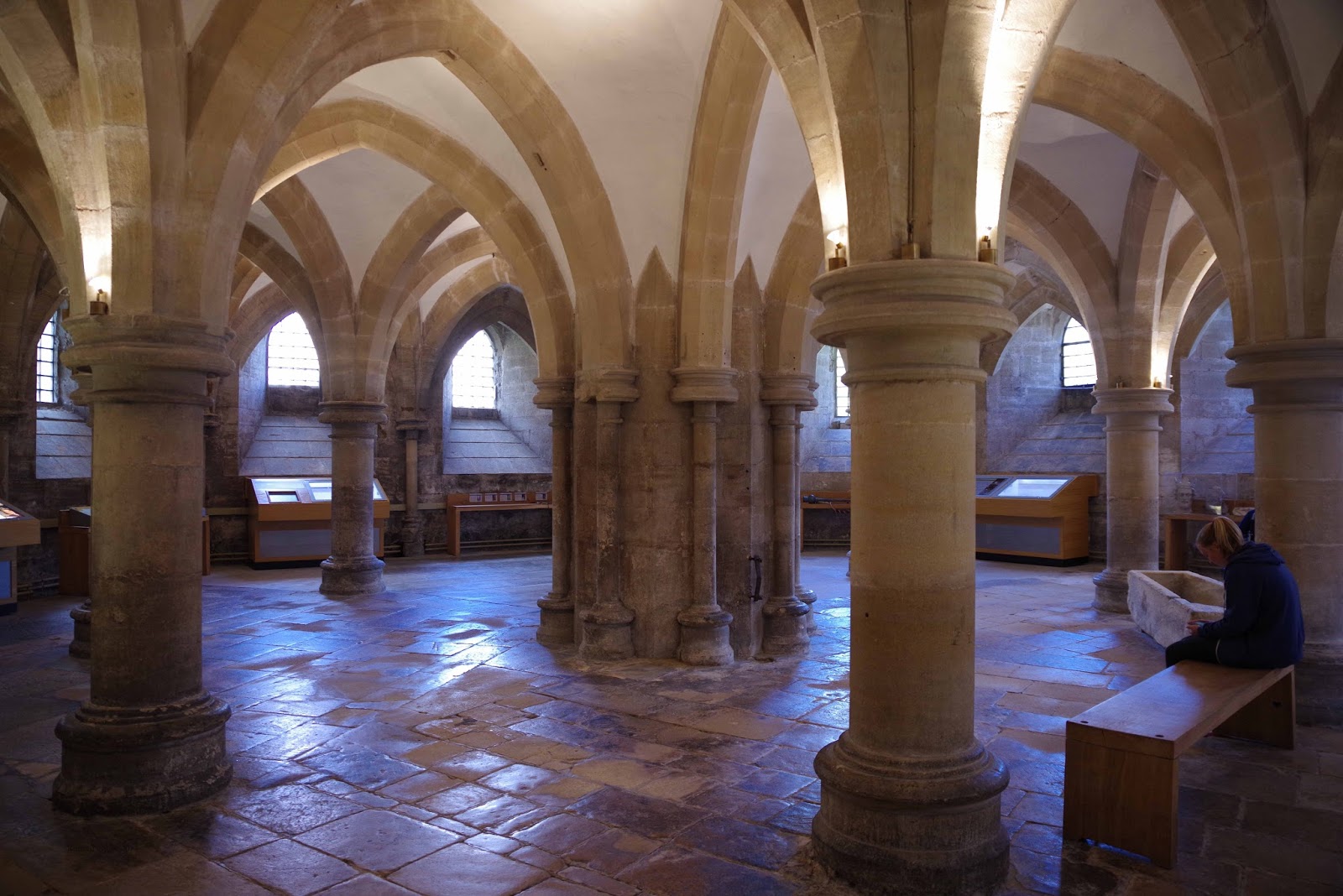 and then above it rises a worn stairway to heaven, leading to the Chapter House and then to the Vicars’ Close. 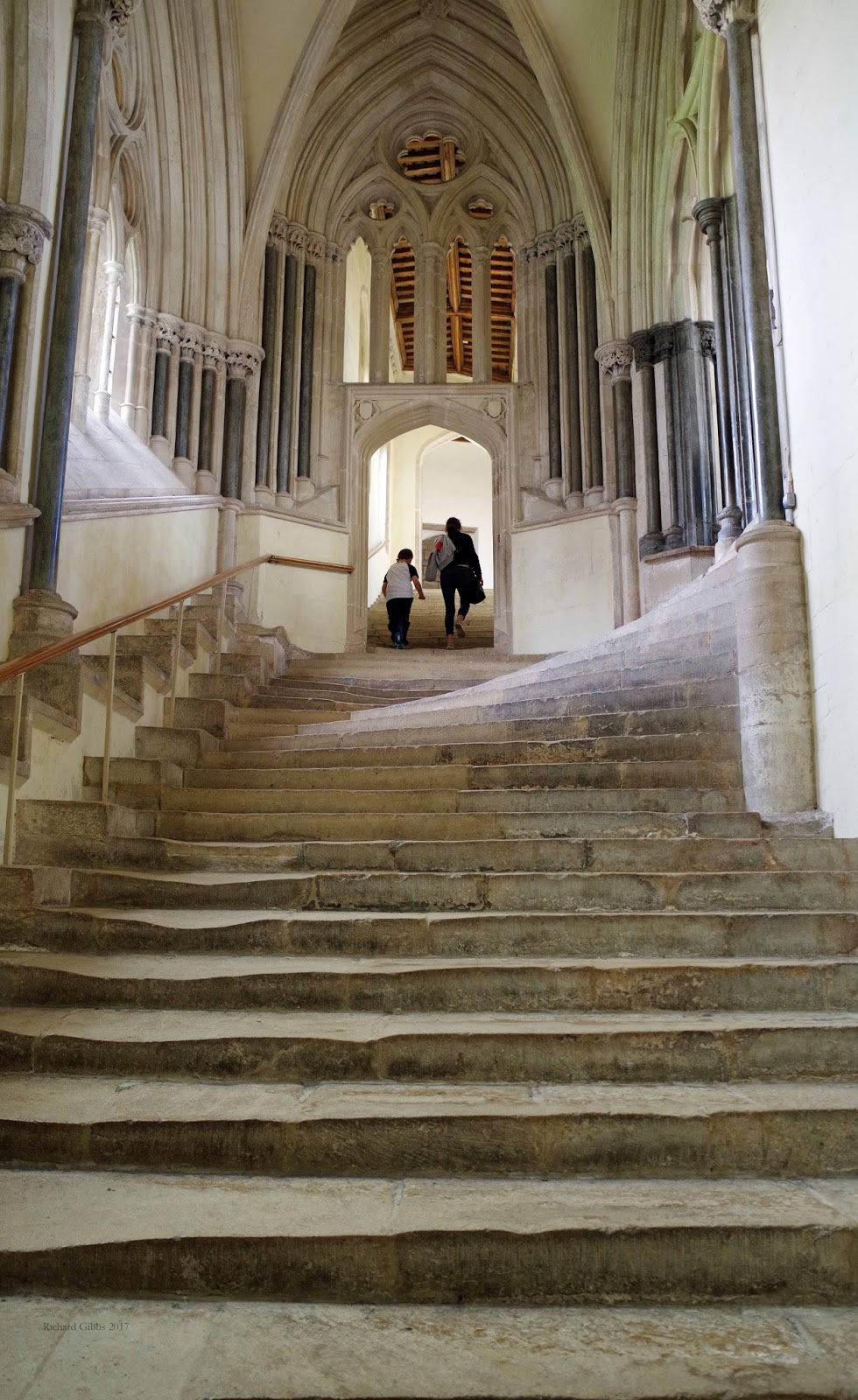 The Chapter House is a wonder, lit by clear windows where Cromwell’s men smashed the stained glass. 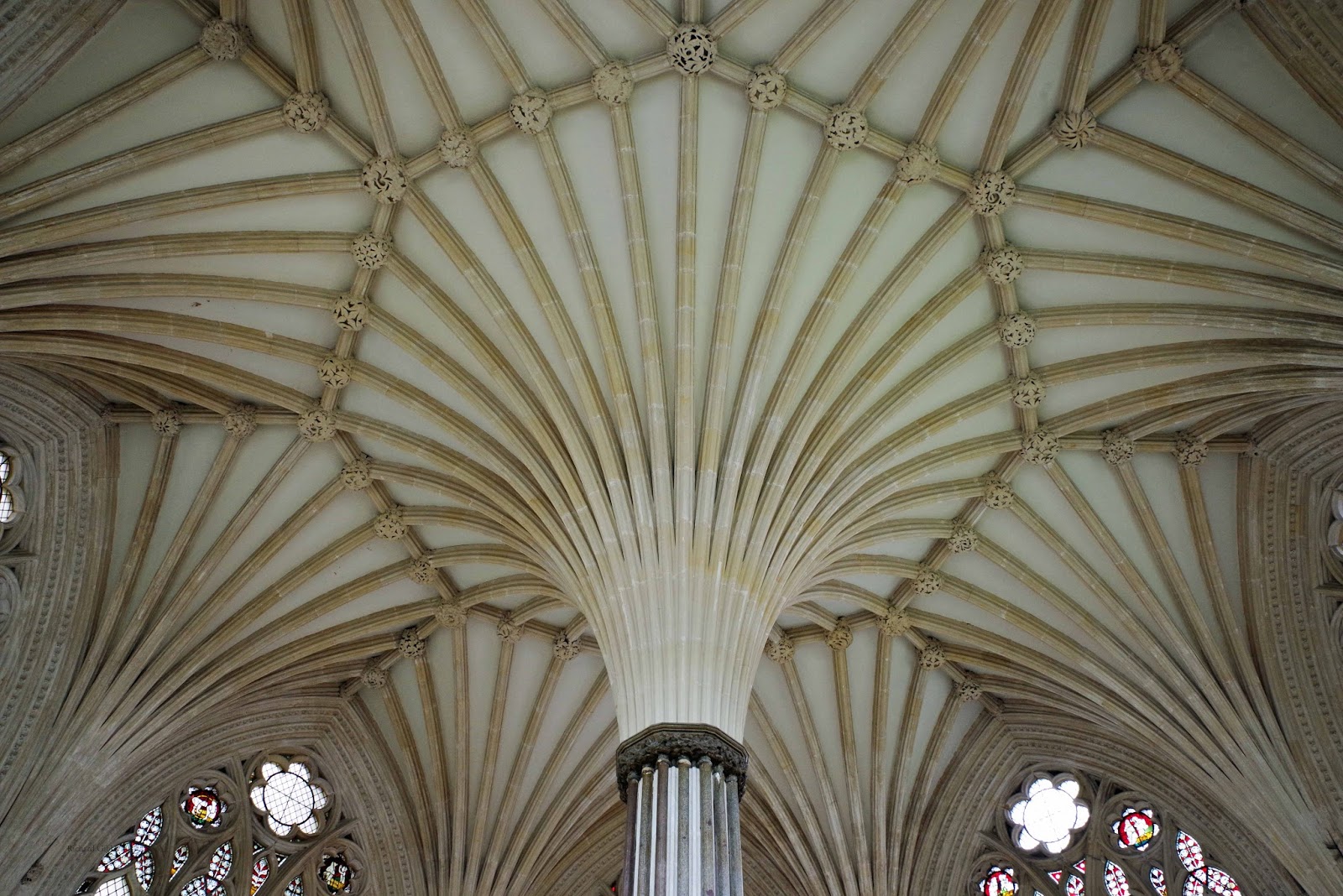 A single pier holds up the tierceron vault with thirty-two radiating ribs. On benches around the walls the Canons used to sit to discuss cathedral business every day. As Simon Jenkins says in England’s Cathedrals they saw their great church not just as a place of prayer but as a mirror of the entire community of medieval . Modern government could learn something from this.  Without the defence of heavy tables, to sit in equality in a chamber like this might be good for cabinets and committees of our times.  Nowhere for the narcissists or the wooden to hide! 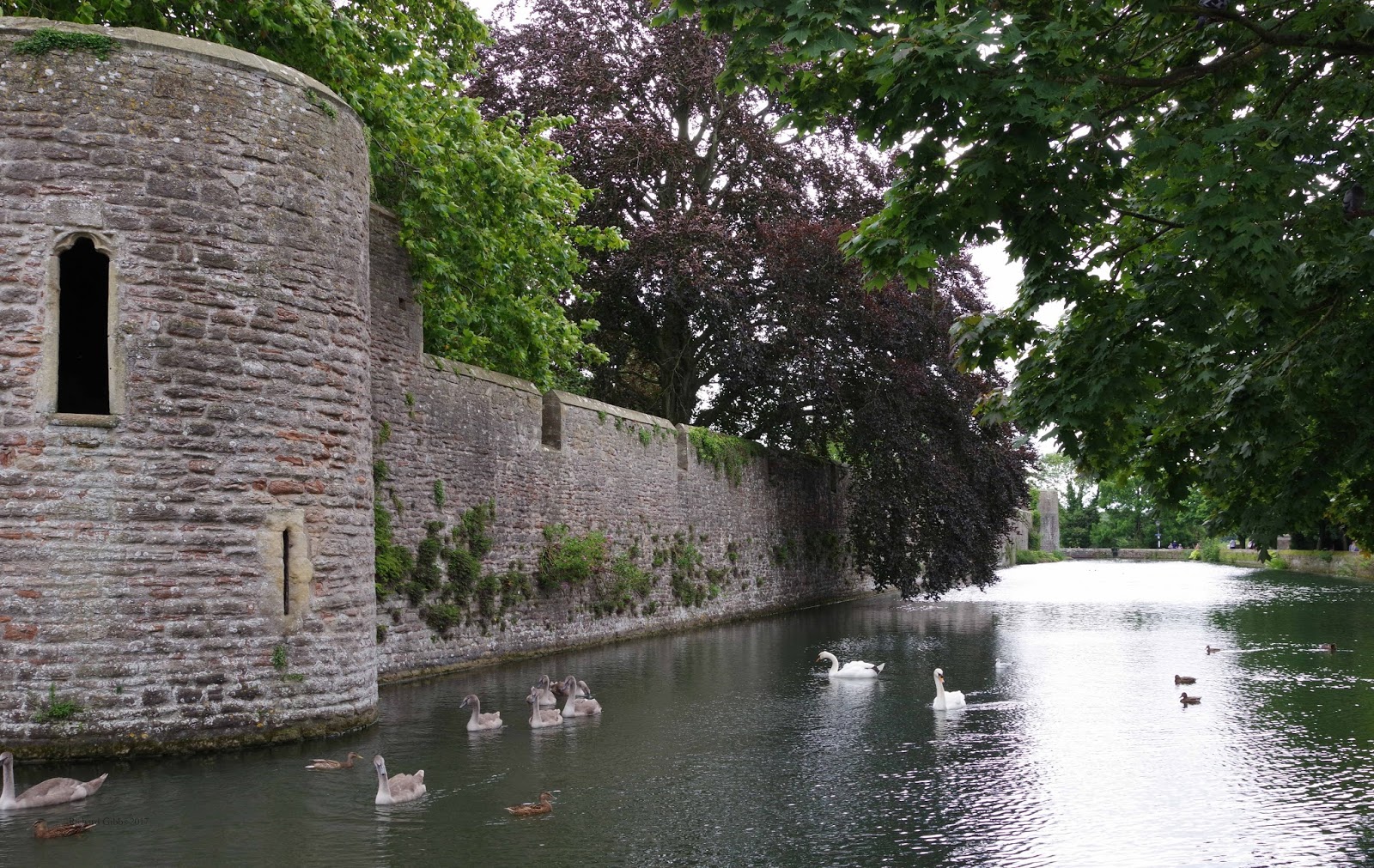 Outside I watch the swans on the moat of the remains of the Bishop’s Palace, then make my retreat.  Wells is busy now, and I need to return to . 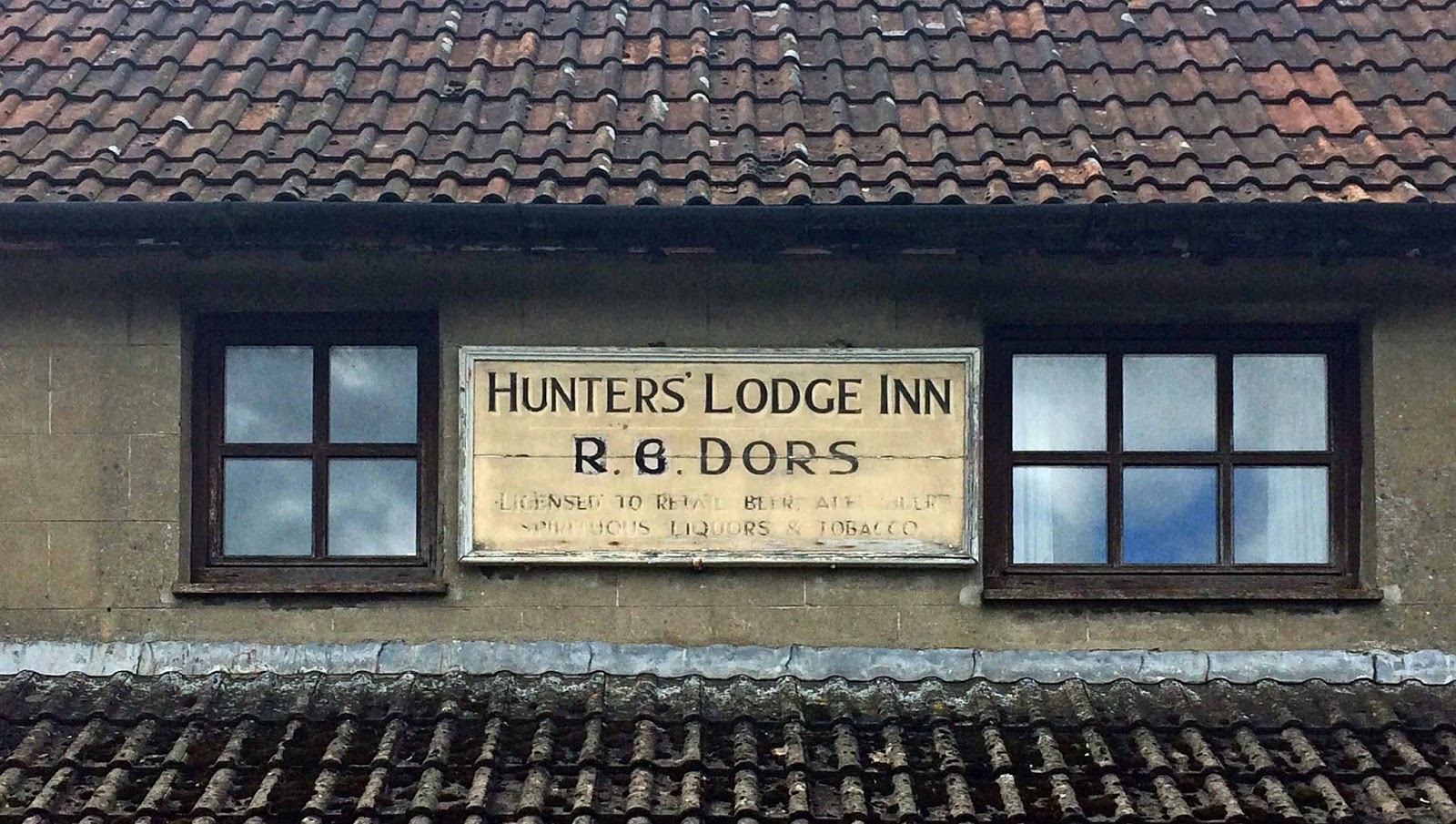 Up on the Mendips, between the hurdle stack on Priddy’s green and traces of ancient lead workings I pause for bread and cheese and a pint of Cheddar Ales Potholer at the Hunters’ Lodge Inn.  The landlord here has been in charge for nearly fifty years, and, like the great Cathedral, not a lot has changed in recent times…. 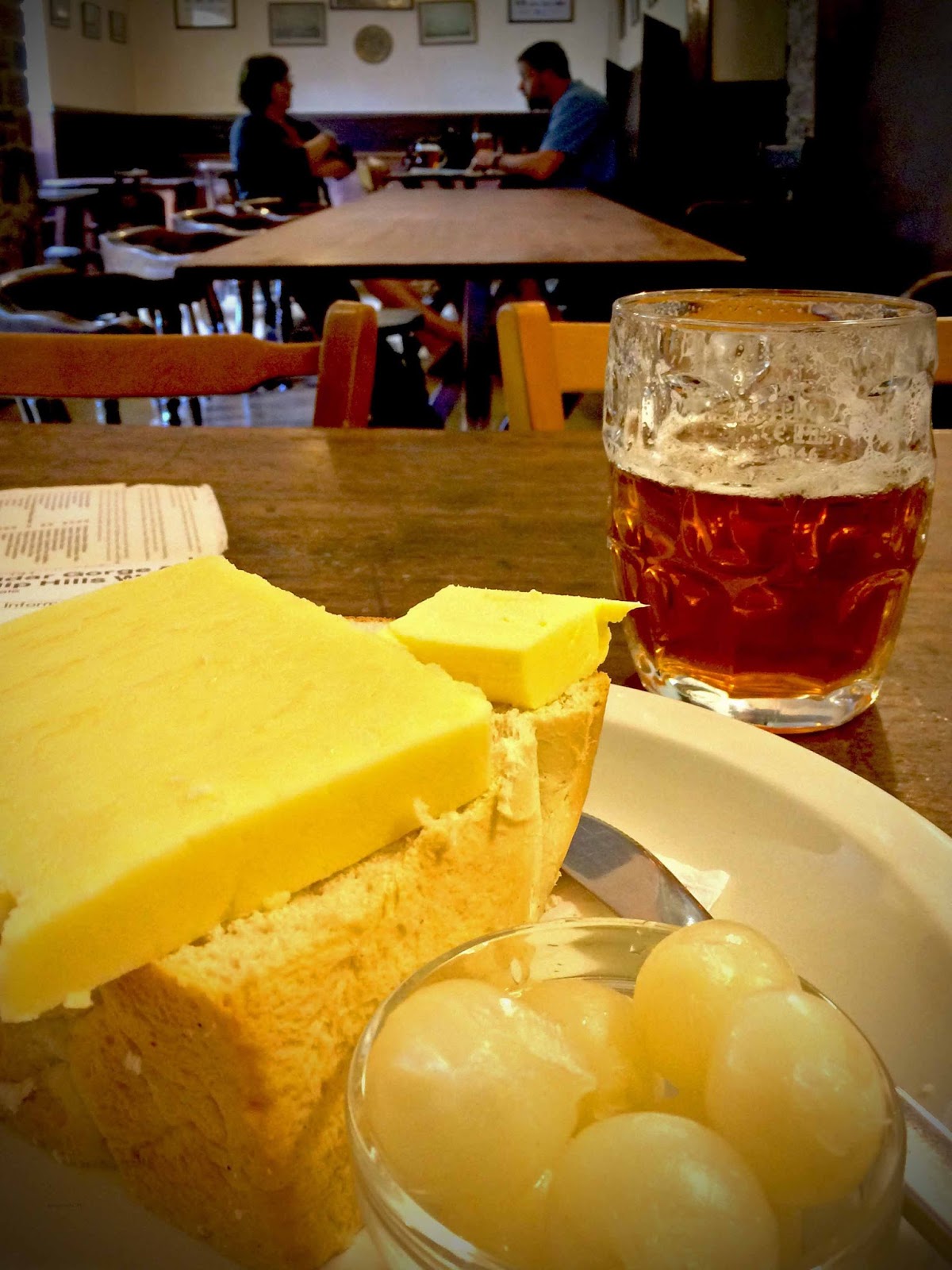 And for that I give thanks.


Now, when I talked to God I knew he'd understand
He said, Stick by my side and I'll be your guiding hand
But don't ask me what I think of you
I might not give the answer that you want me to 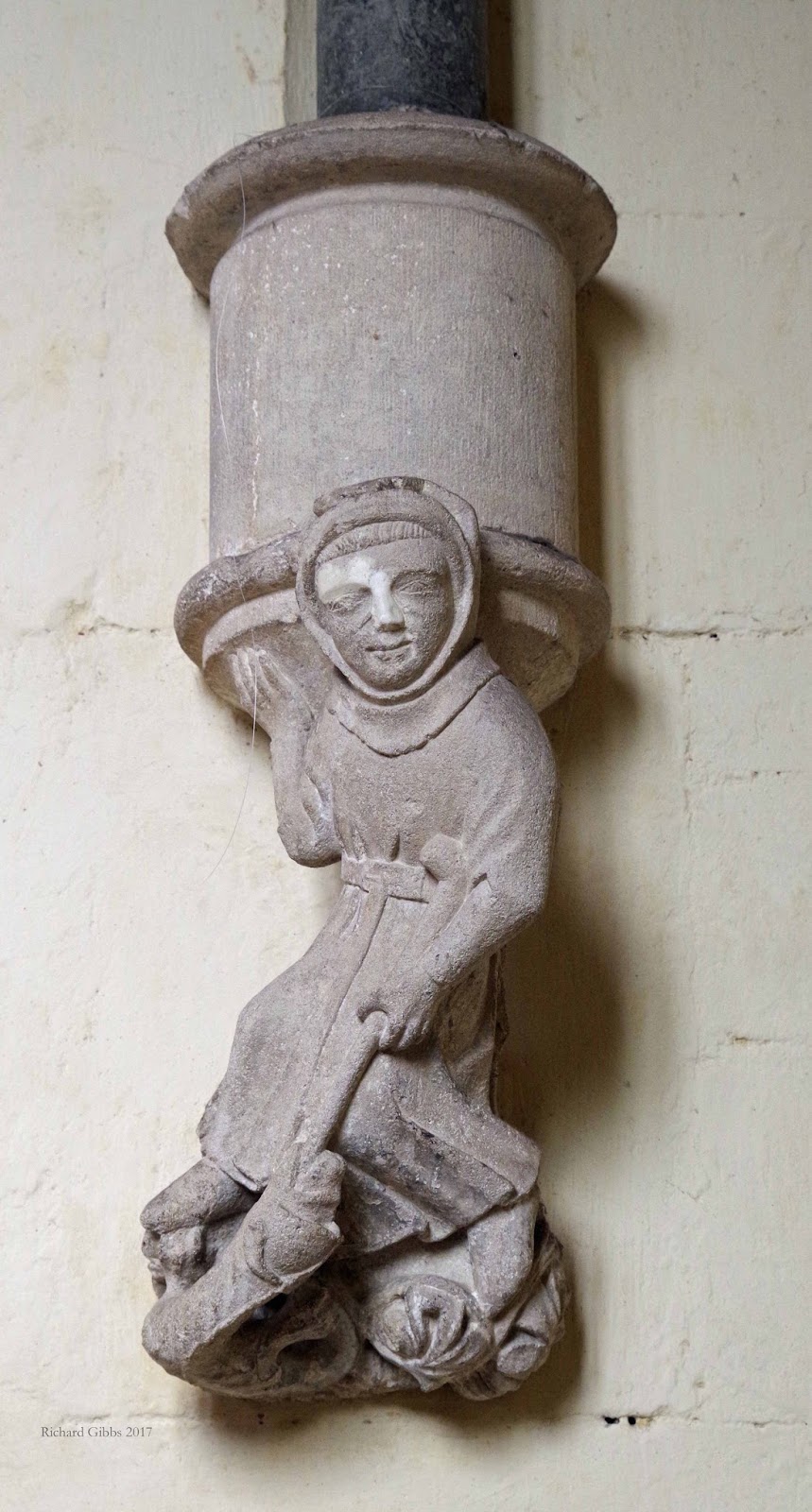