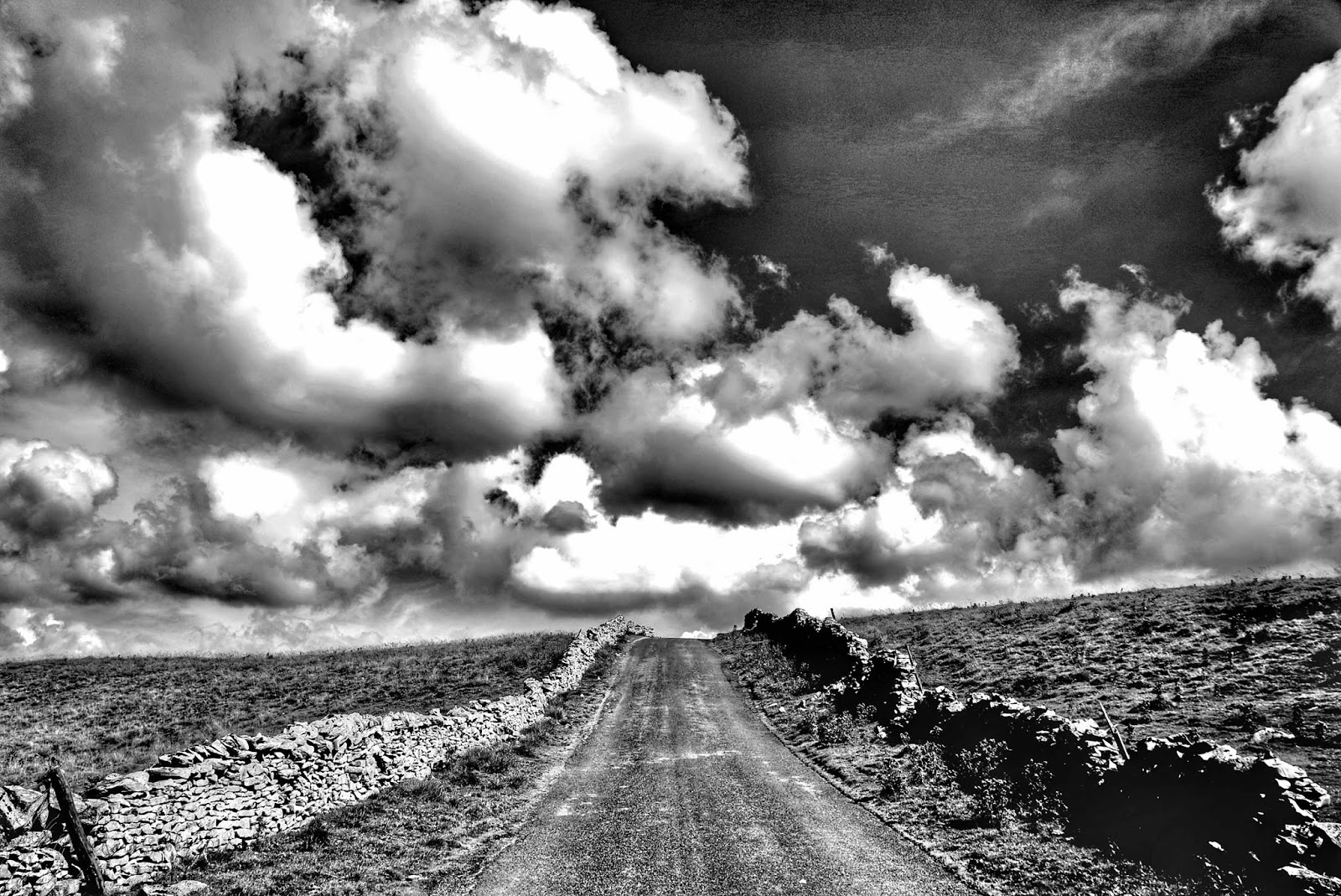 I close my eyes and picture....


Dear Diary, for some reason I imagined Bolton was in Lancashire, but Bolton Abbey is actually in .  No, sorry.  It’s in a part of owned by the Duke of Devonshire (who lives at Chatsworth in Derbyshire). 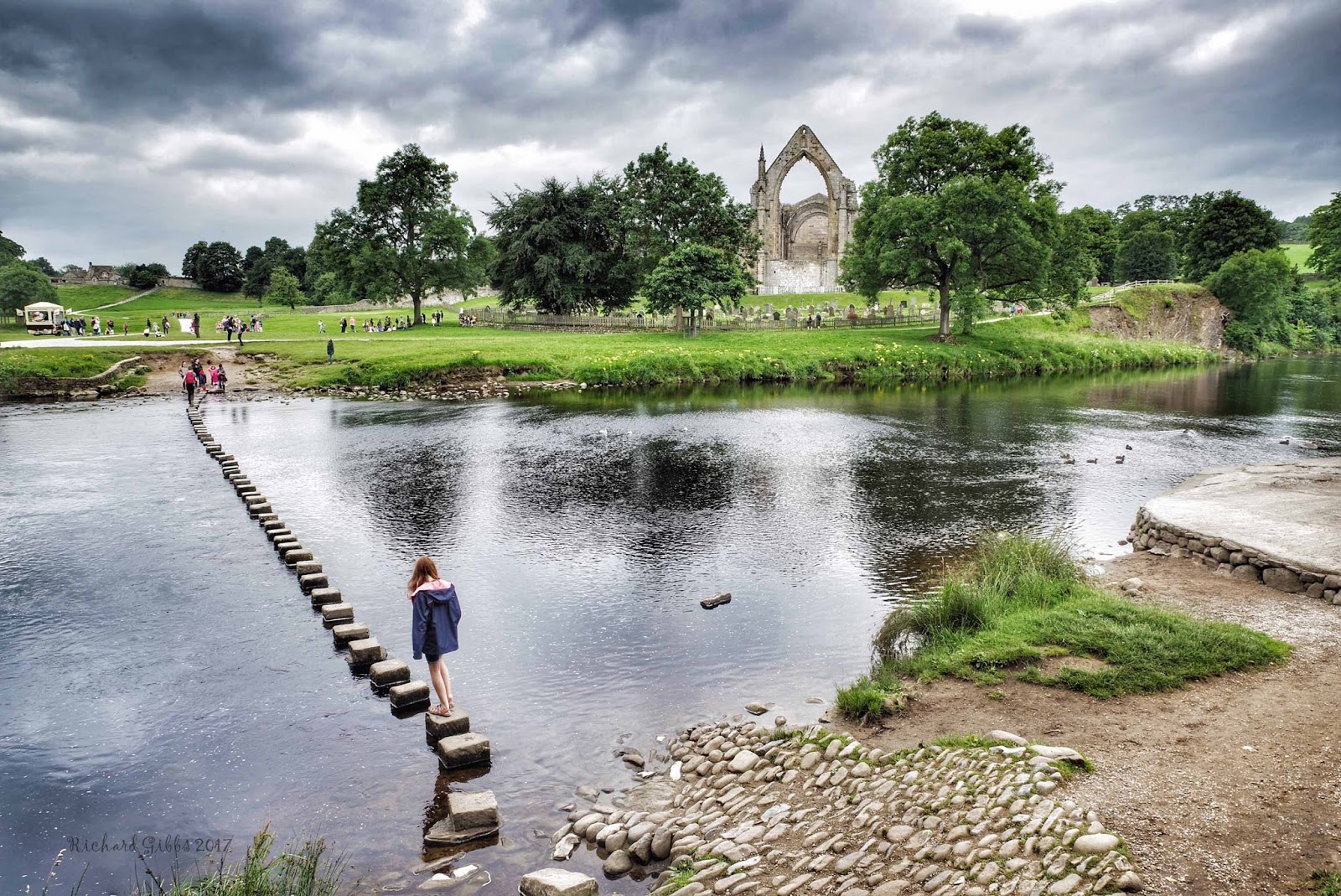 There's one thing that won't change

I love the Dales.  My first visit was as an A Level Geography student at Easter 1968.  We stayed, with much hilarity, at The Golden Lion, Horton-in-Ribblesdale, and explored Gordale Scar and Malham Cove, where, if I remember right, no one had ever been before.  Nowadays, of course, it’s all conveyor belts and escalators, and family this and bus party that.  But we serious geographers had the place to our grey selves.

Return was inevitable, and as an undergraduate at there were times when it would have been rude to refuse.  I remember an occasion when I was taken to a party at the Old Hill Inn near a pothole at Chapel-le-Dale for someone’s twenty-first birthday celebration and said celebrant downed a world record double figures of pints of Theakston’s Old Peculier before being inducted into Valhalla with a green pint (a pint glass filled from all the spirits on optics behind the bar).  Potholing would have been an easy option. 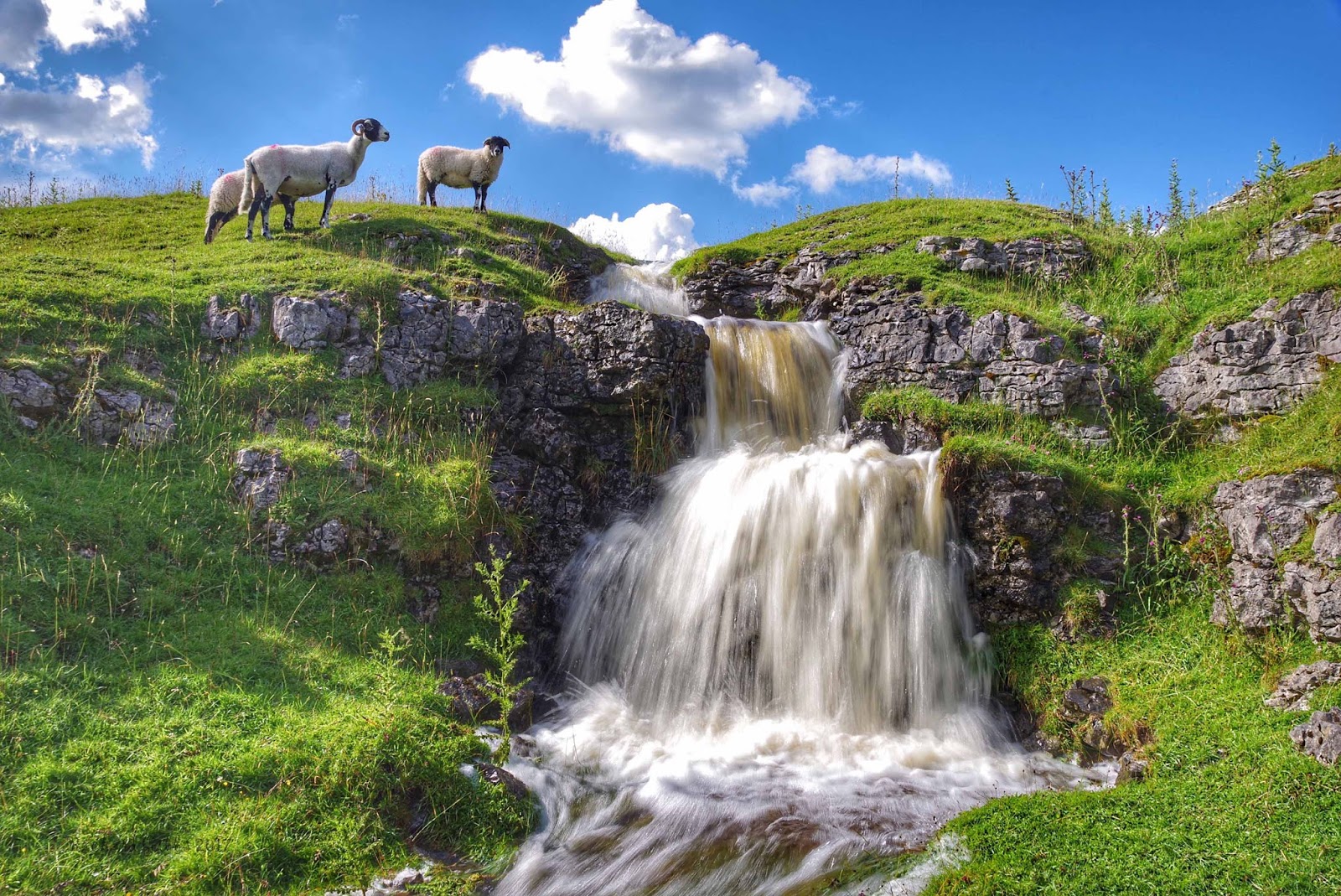 Then, years after, I lived down the road from Ingleborough, at , for a year while taking my MA at , and would sometimes set out from home to climb the flat-topped ‘peak’ that beckoned me. 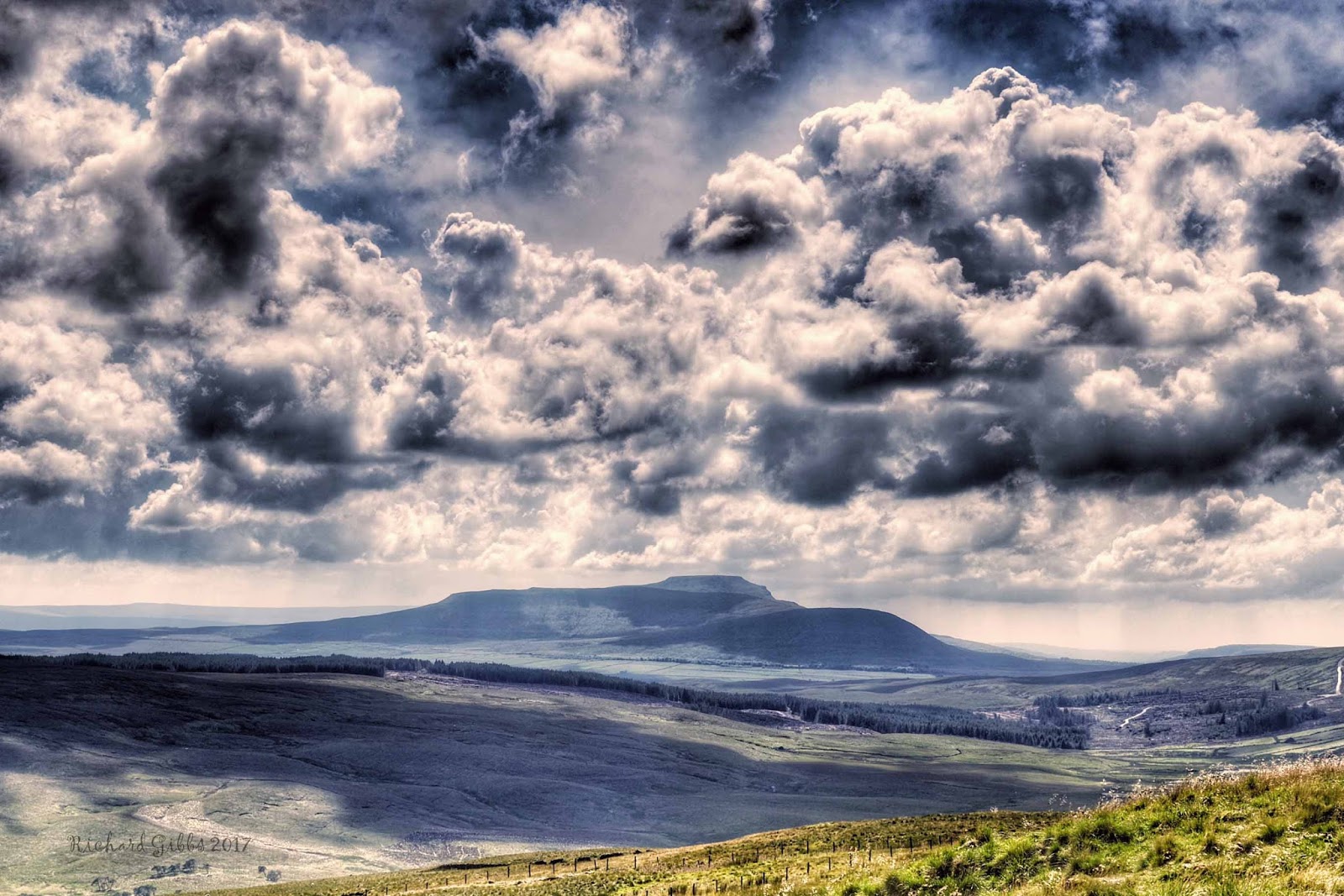 I learned to love the limestone and millstone grit.  Dry stone walls were beautiful.  Bridges over rills and becks were wonderful.  The farms and barns grew out of the landscape as naturally as molehills or bent hawthorns.  Every day I walked somewhere for a few miles.  This day to High Bentham.  That day fording the Lune to .

We strayed then, and since, to other dales. The slightly twee Dentdale, with its Burberry reek of Prince Charles.  We had days out with the children.  And separately I explored Swaledale with my brother from the Yorkshire Moors.

On this occasion, I am piloting a brand new VW Golf, and miles mean nothing. Arkengarthdale here we come.  Littondale – nothing. I could say this spoils the experience, and I should have walked. But, Hey!  Four wheels good – two legs bad! 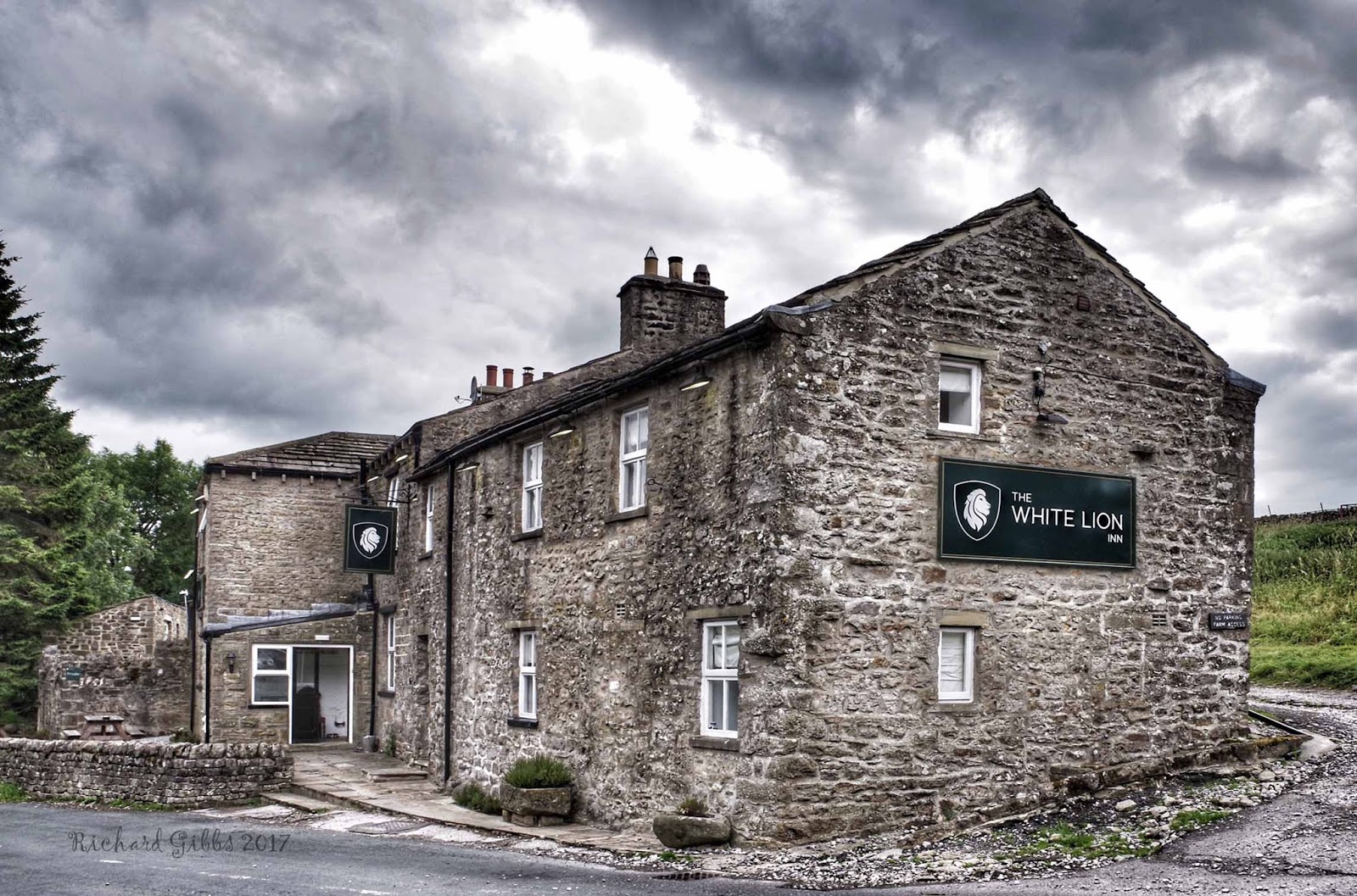 We stay at The White Lion, Cray, a recently refurbished traditional stone hostelry which I strongly recommend; Denis and Amelia are very welcoming and it is very comfortable.  But we walk to Hubberholme, to scent the scattered ashes of J B Priestley, who is commemorated on a plaque here, unveiled in 1986 by his widow Jacquetta Hawkes.  It says: Remember J. B. Priestley O.M. 1894-1984 Author and Dramatist, Whose ashes are buried nearby: He loved the Dales and found 'Hubberholme one of the smallest and pleasantest places in the world.’ 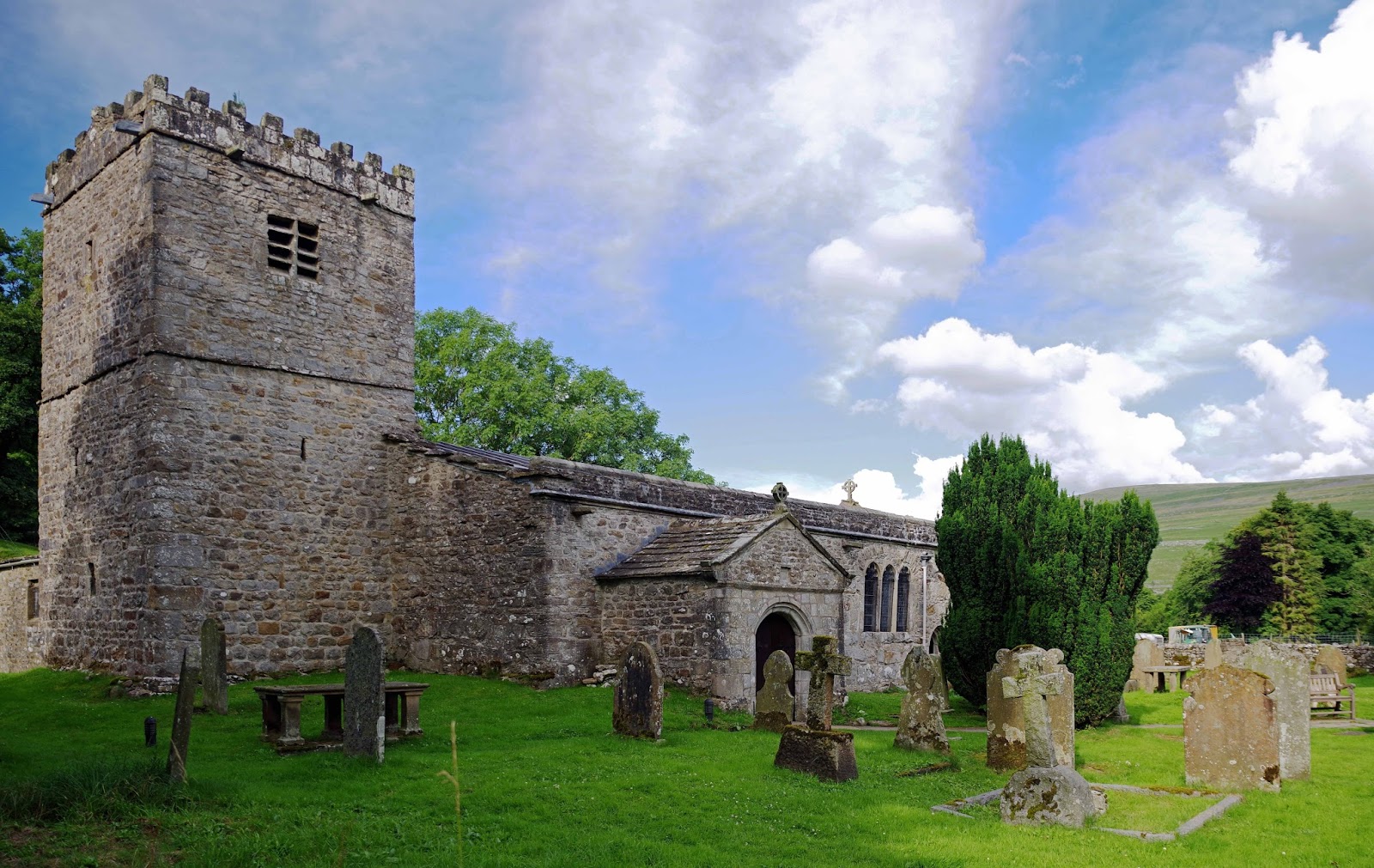 At the unveiling ceremony Priestley’s son, Tom, said that his father had found here that the landscape was balanced, as well as varied and beautiful. He had travelled all over the world, but Hubberholme remained his favourite spot as he enjoyed its smallness, the great age of its buildings, and its peace. 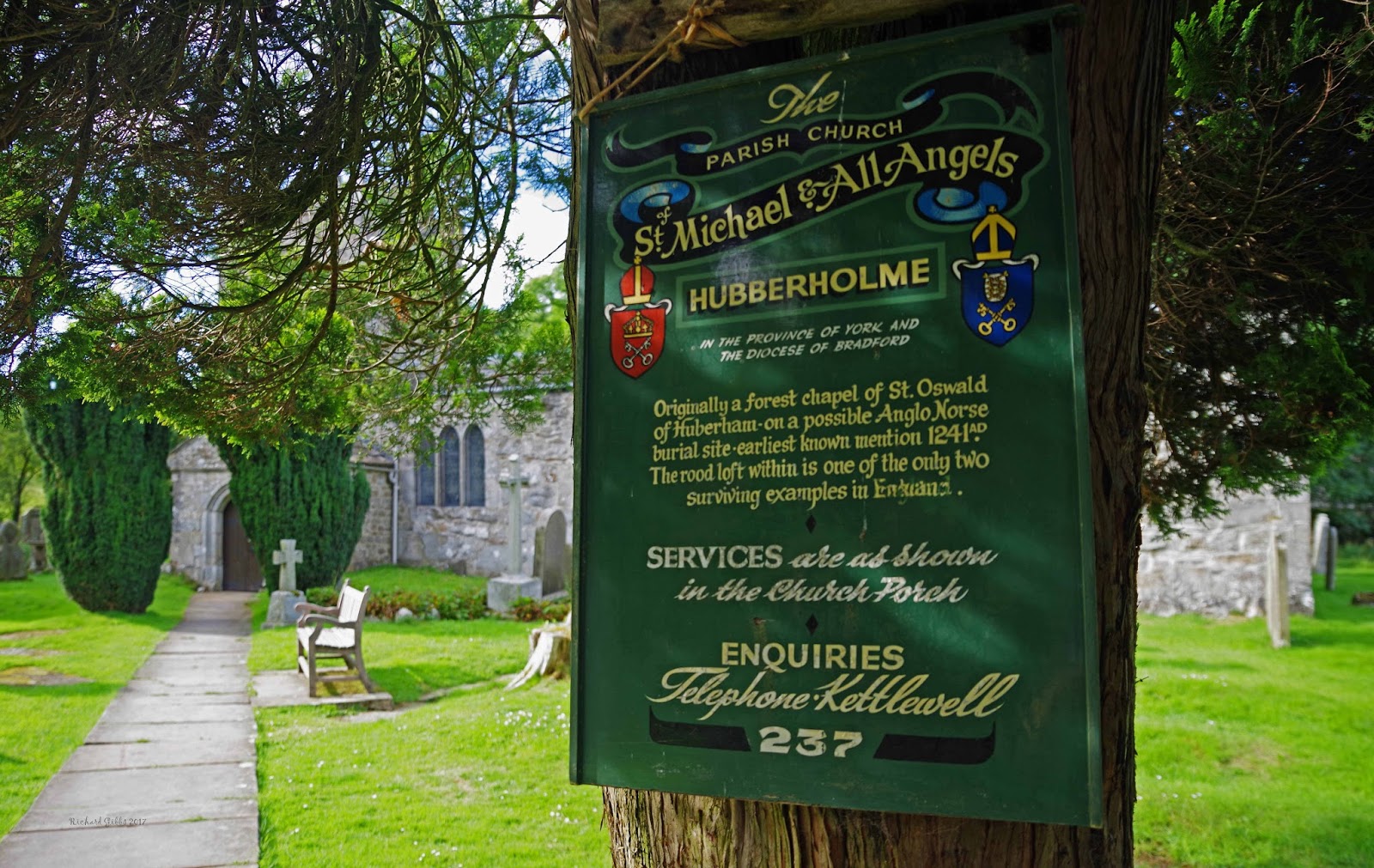 We raise glasses to the departed in The George, where Priestley sat and smoked his pipe.  It is indeed a rather fine spot…..  I can still smell the tobacco…..  In 1933, on the road for his English Journey, Priestley wrote that, Before I leave this inn I will add that for lunch they gave us soup, Yorkshire pudding, roast chicken and sausages and two vegetables, fruit pudding, cheese and biscuits, and coffee, all for two and sixpence each.  And that – when they have a mind to – is the way they do it in …..

The weather is what you would expect - Grey. It’s a Brexit summer, so it rains, though, to be fair, not all the time.  We drive up to 1,300 ft at , and then slip down into Bishopdale.  The great thing is that the rain keeps the crowds at bay, and stokes the falls, so that the river Ure at Aysgarth is roiling, but unattended in the wet. 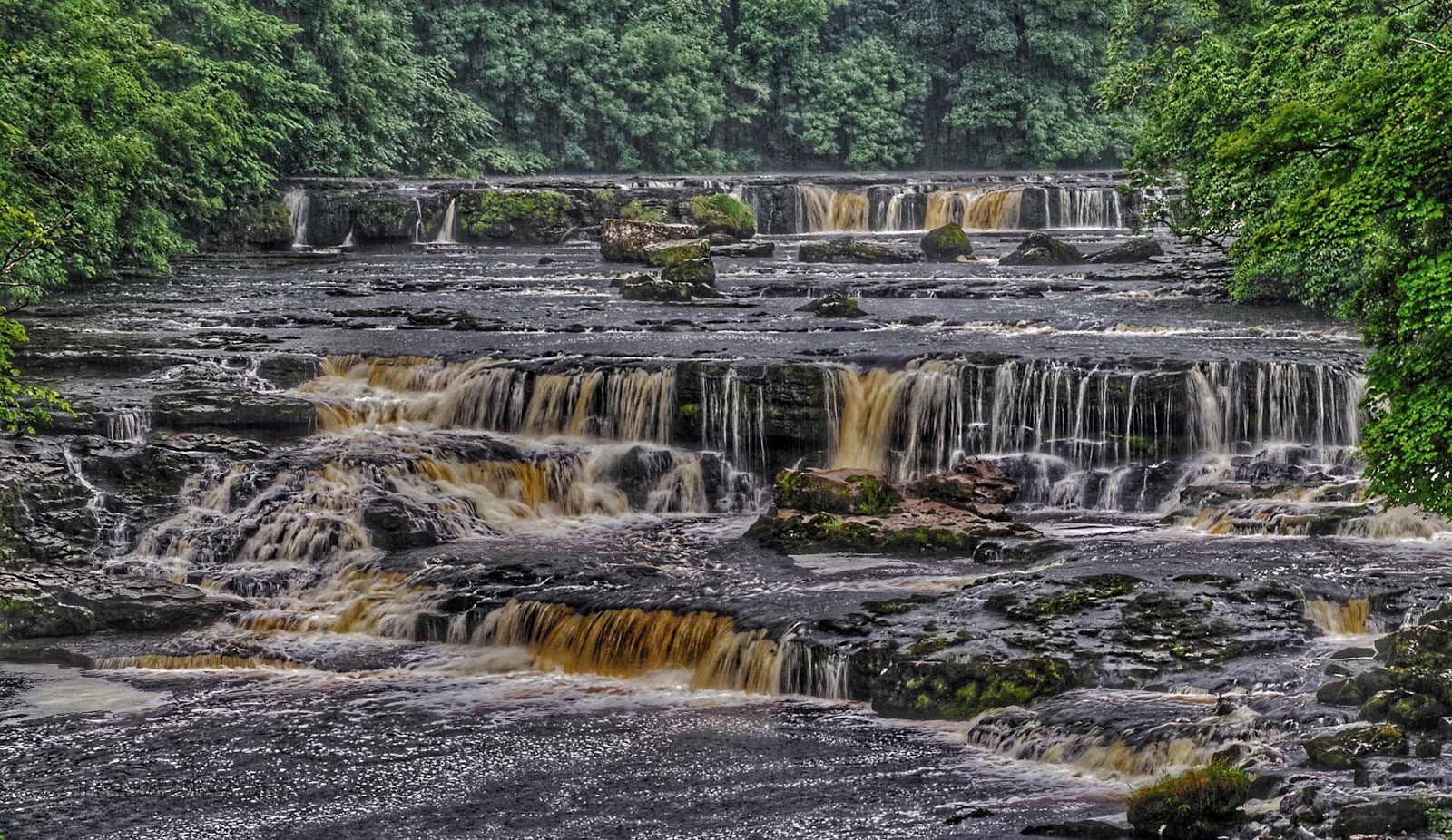 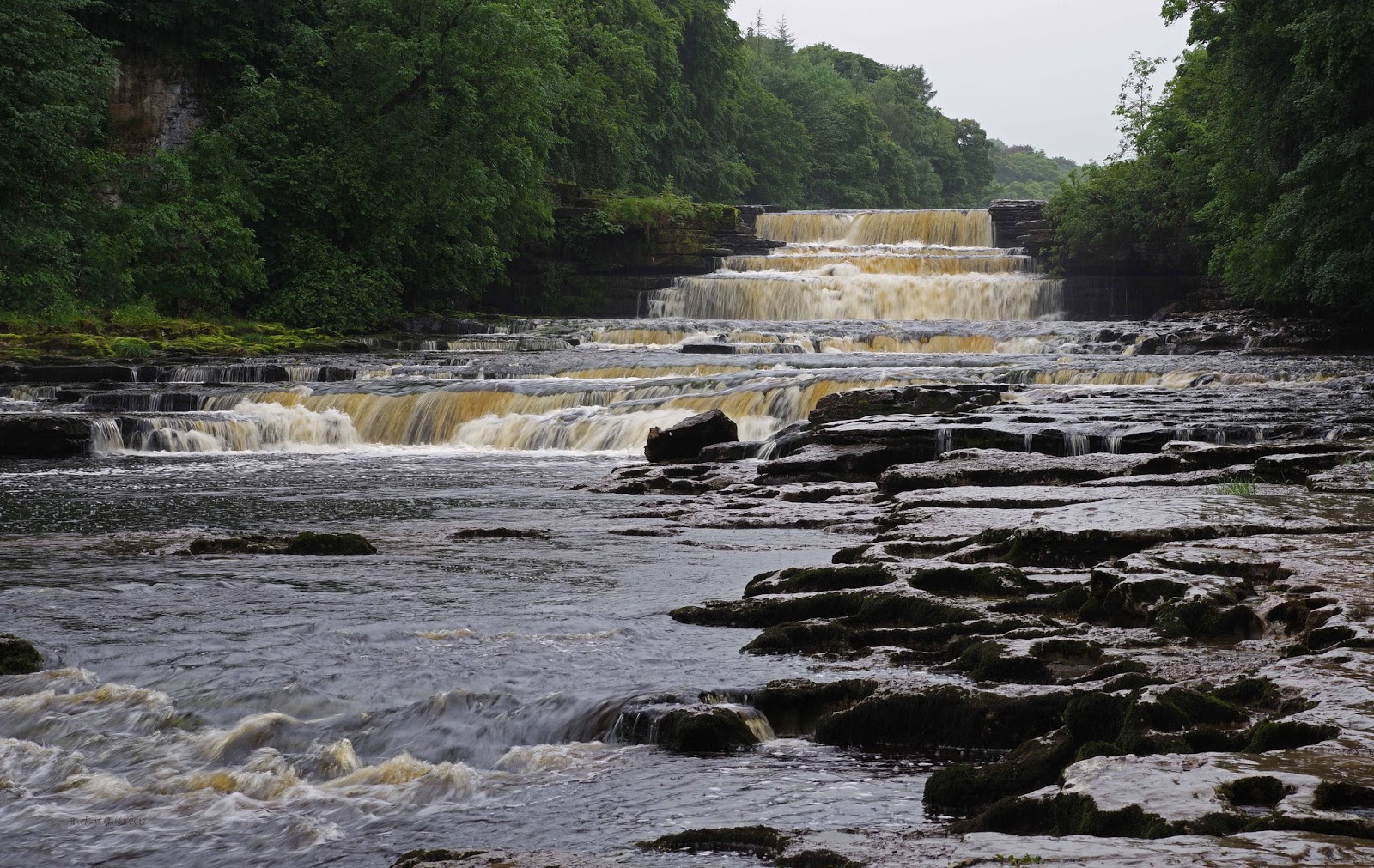 Up the hill, past another Bolton, this time Castle Bolton, closed to the public today for a wedding.....  Momentarily I wonder about the augury of marrying in a ruin where Mary Queen of Scots was once a prisoner. 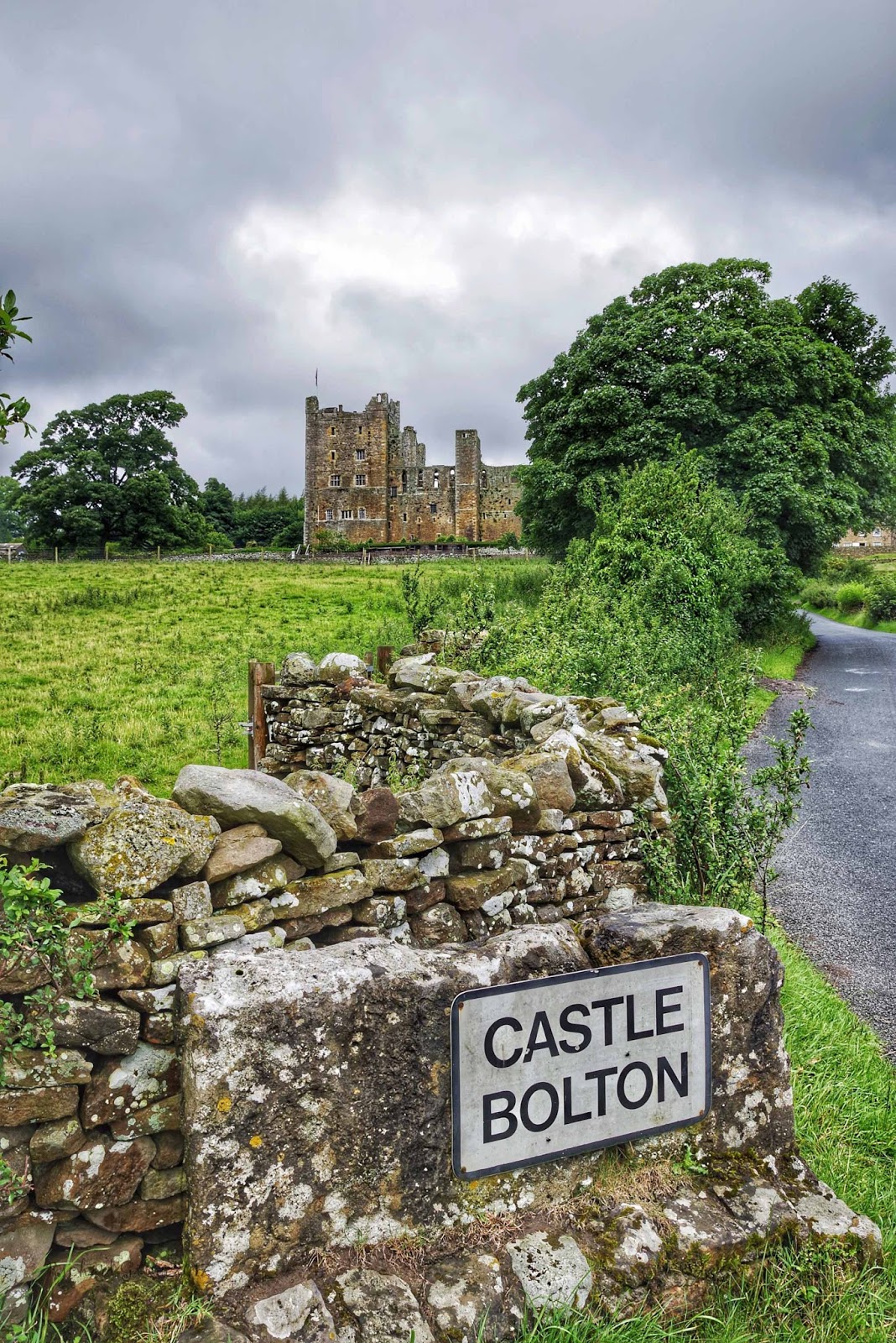 Then over Redmire and Grinton Moors, reaching 1,500 ft, down into Swaledale, then up Arkengarthdale to the remote Tan Hill Inn, at 1,732 feet above sea level the highest inn in the , currently up for sale at £900,000 for the lease.  Grey skies pile over the moors, with only the glint of lorries passing along the A66 to the north as signs of life. 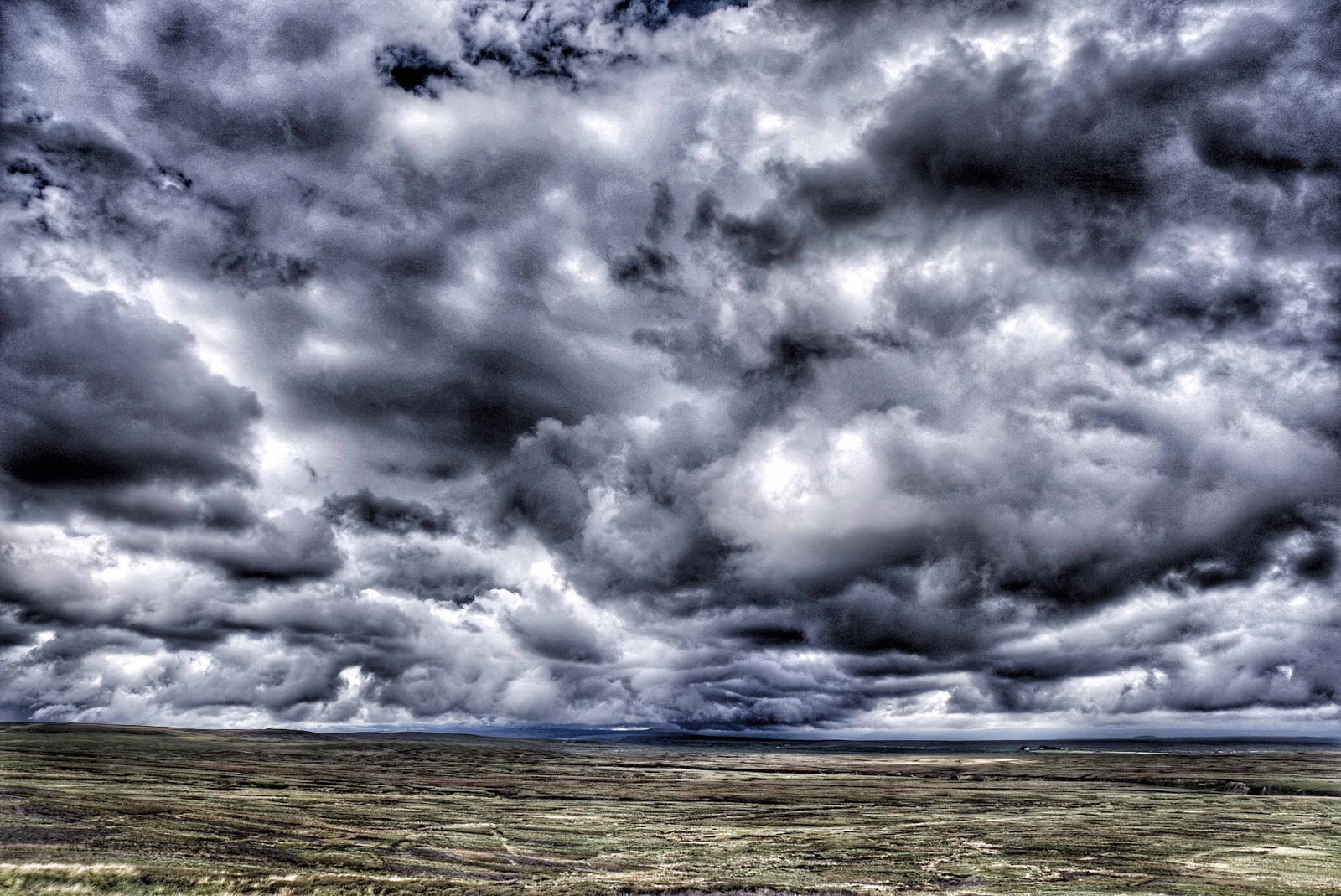 Through Keld, and then Thwaite, and over the Butter Tubs Pass (second of three King of the Mountains climbs in Stage One of the 2014 Tour de France) (some mishtake? Ed).  England’s only truly spectacular road, according to Jeremy Clarkson. 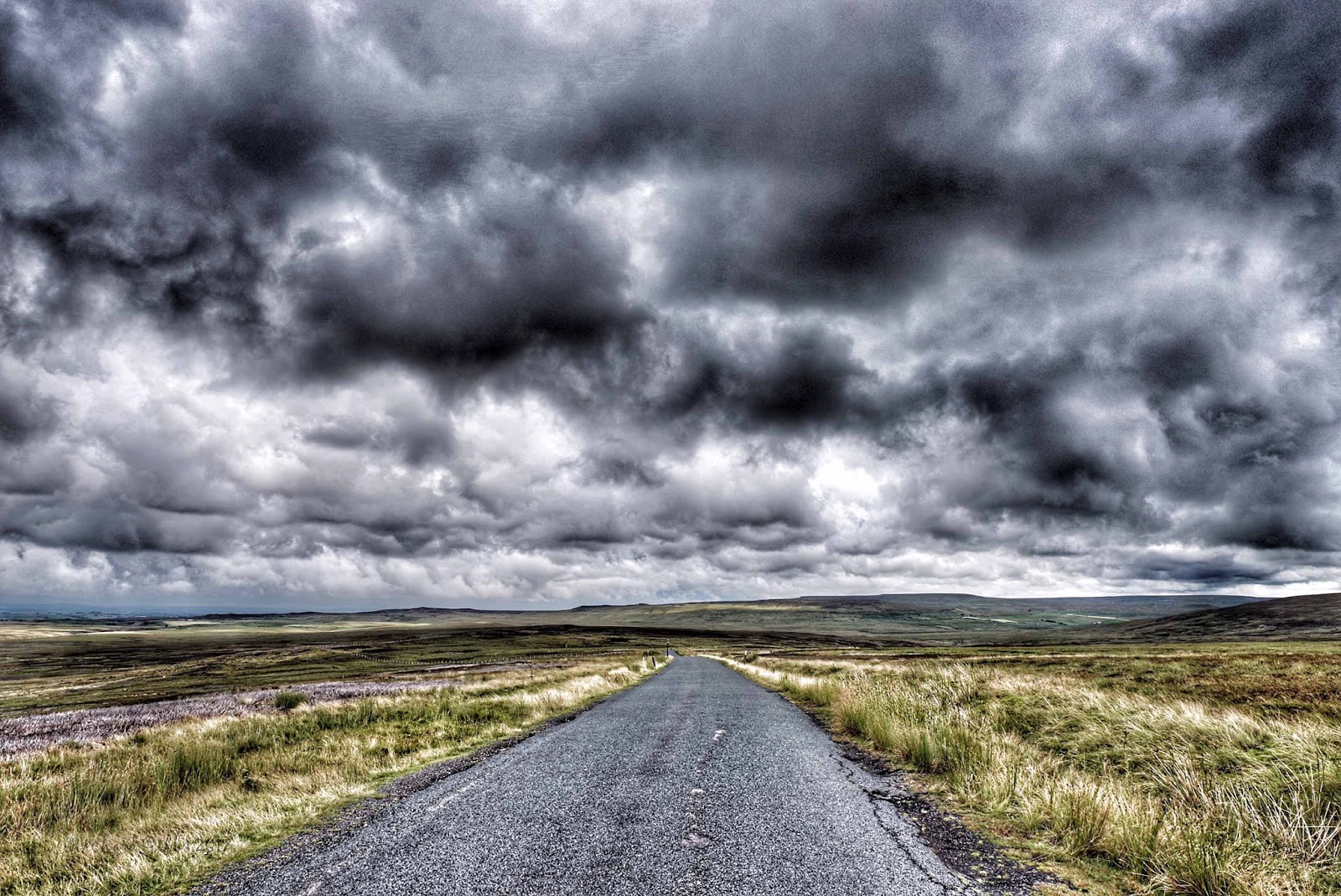 Near Hawes, we enter the dragon, or rather make our way through the thirteenth century  Green Dragon Inn to visit the famed Hardraw Force, which, after the rains, is boiling and hissing down its 100ft straight drop, the highest in . 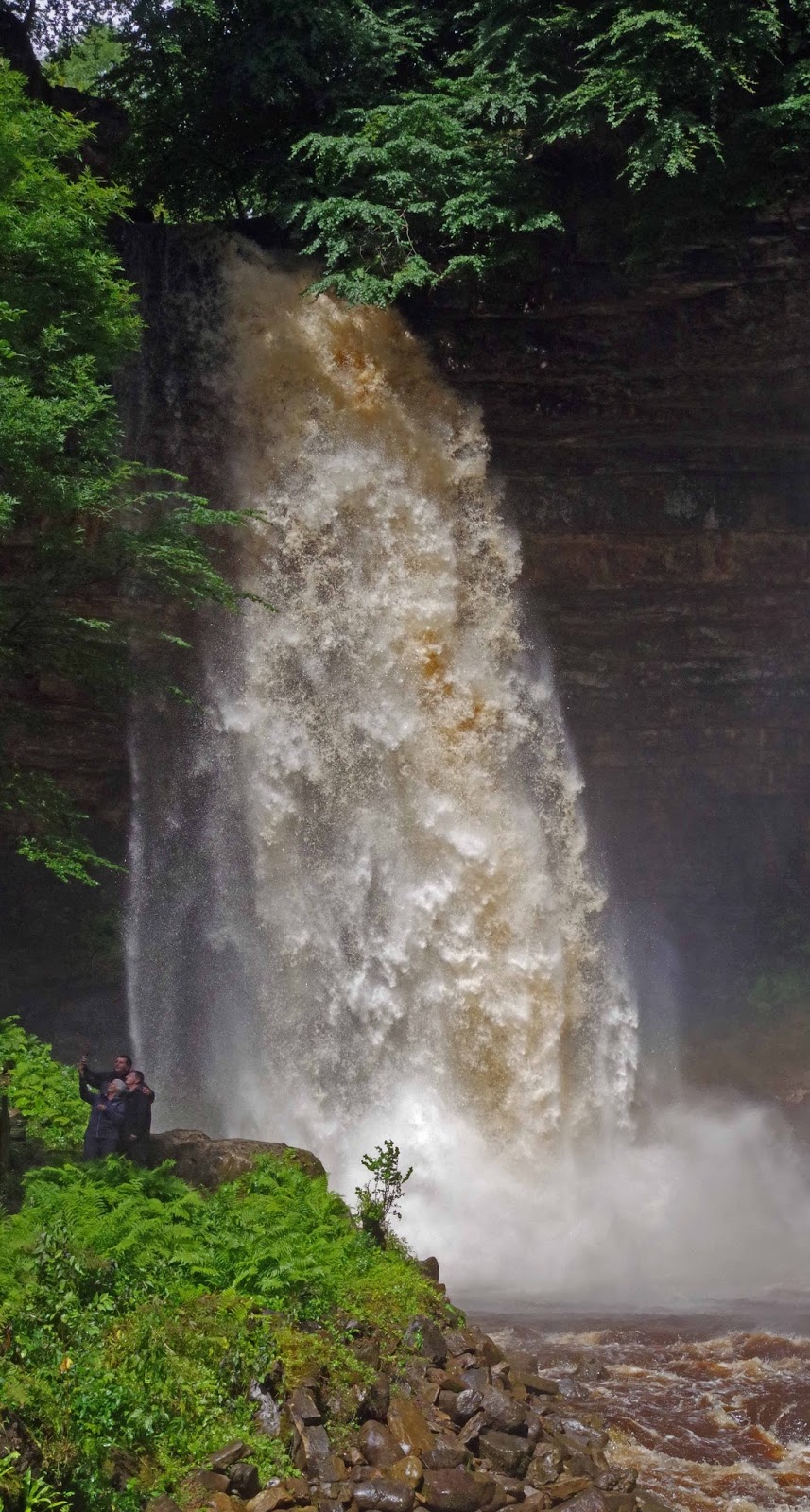 The peat-rich water pounds down onto the rocks below and the spectacle is greater than even J M W Turner could imagine.

Hawes is busy, with nowhere to park and the masses avoiding the rain in pursuit of tea and cakes, so we press on over the highest road in , reaching nearly 2,000ft above Oughtershaw Beck. 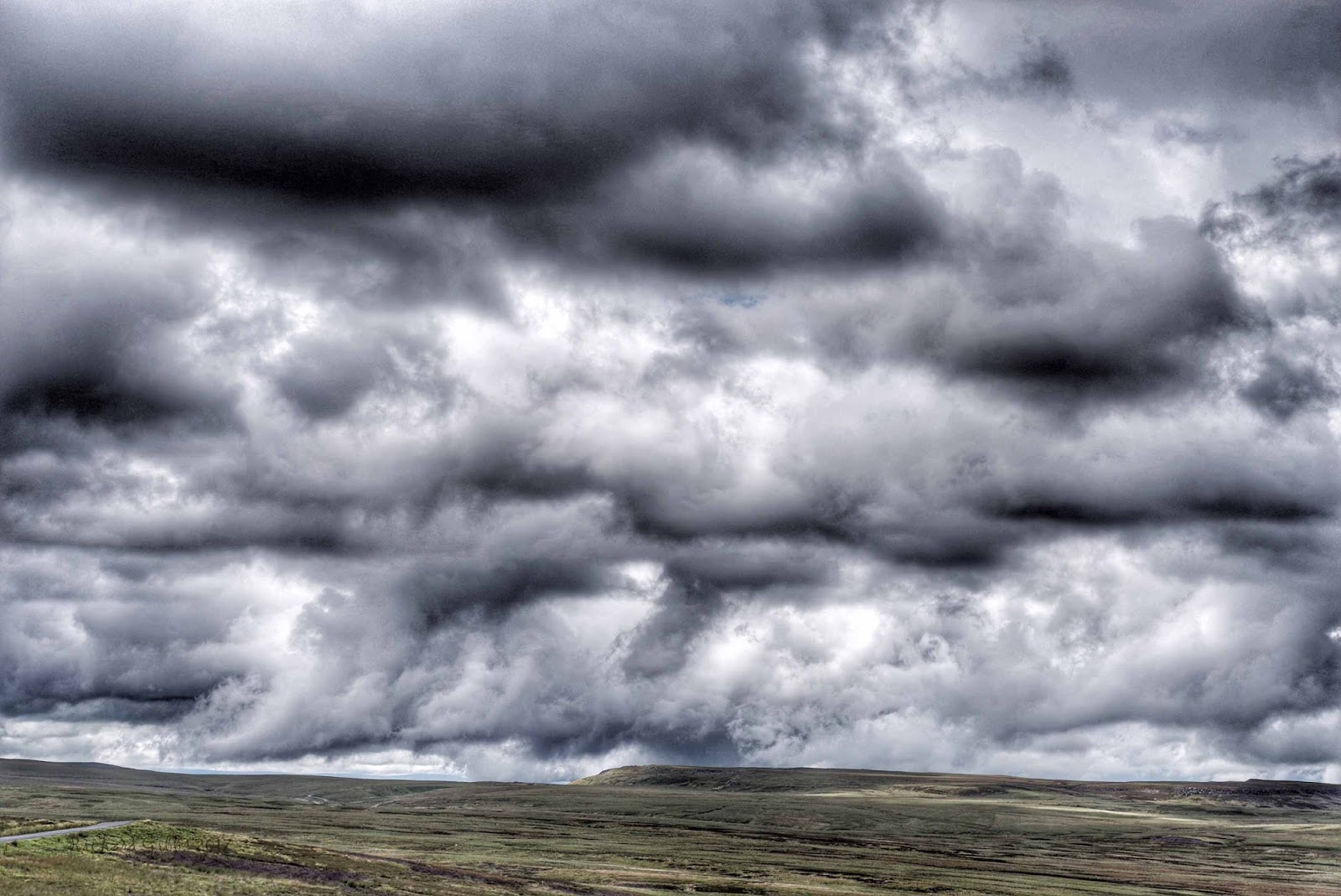 From here we enter Langstrothdale and follow the youthful Wharfe back to Hubberholme. 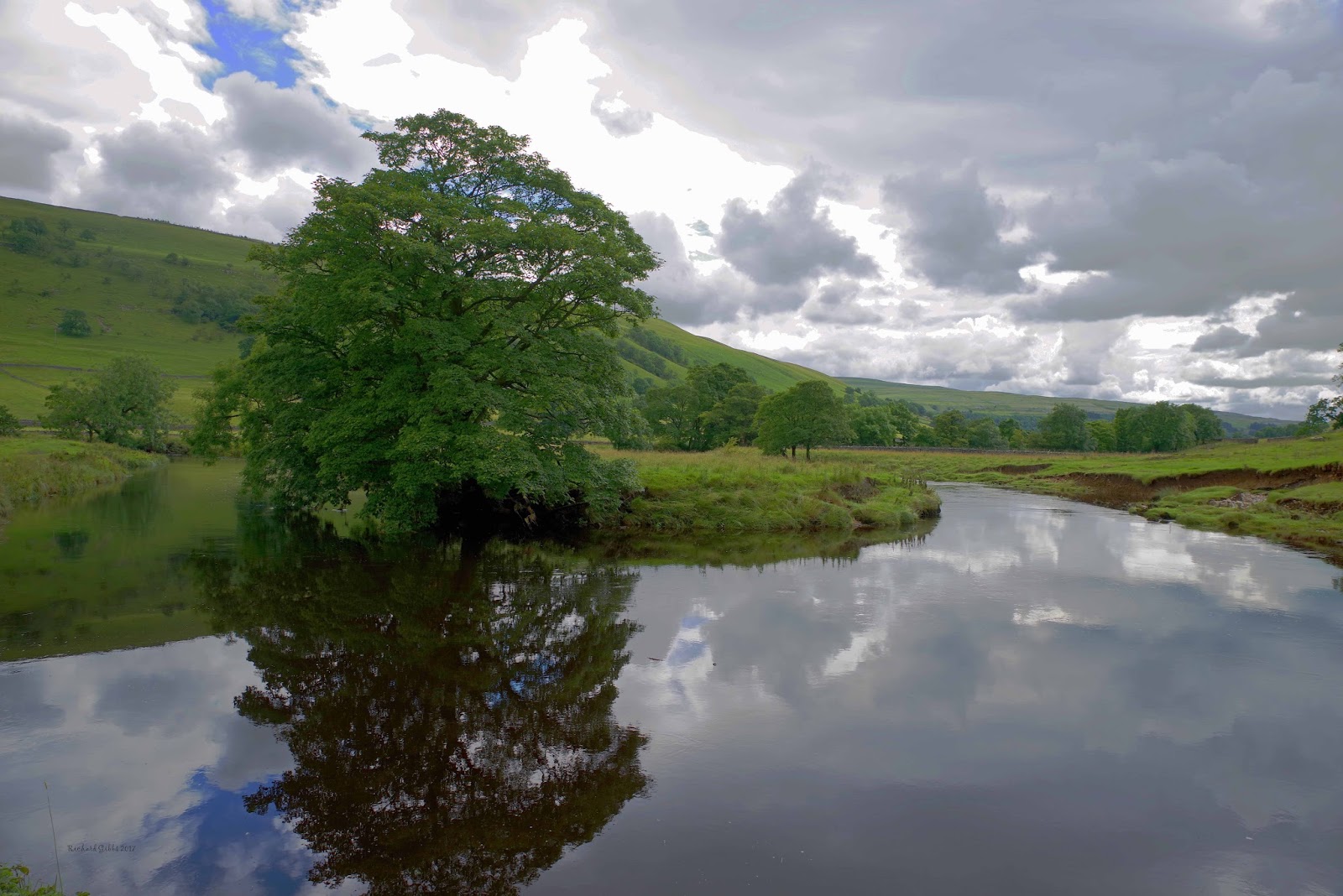 The upper stretches of Wharfedale, From Buckden to Kettlewell, are gentle and quiet. Grey Arncliffe, in Littondale, is even quieter, 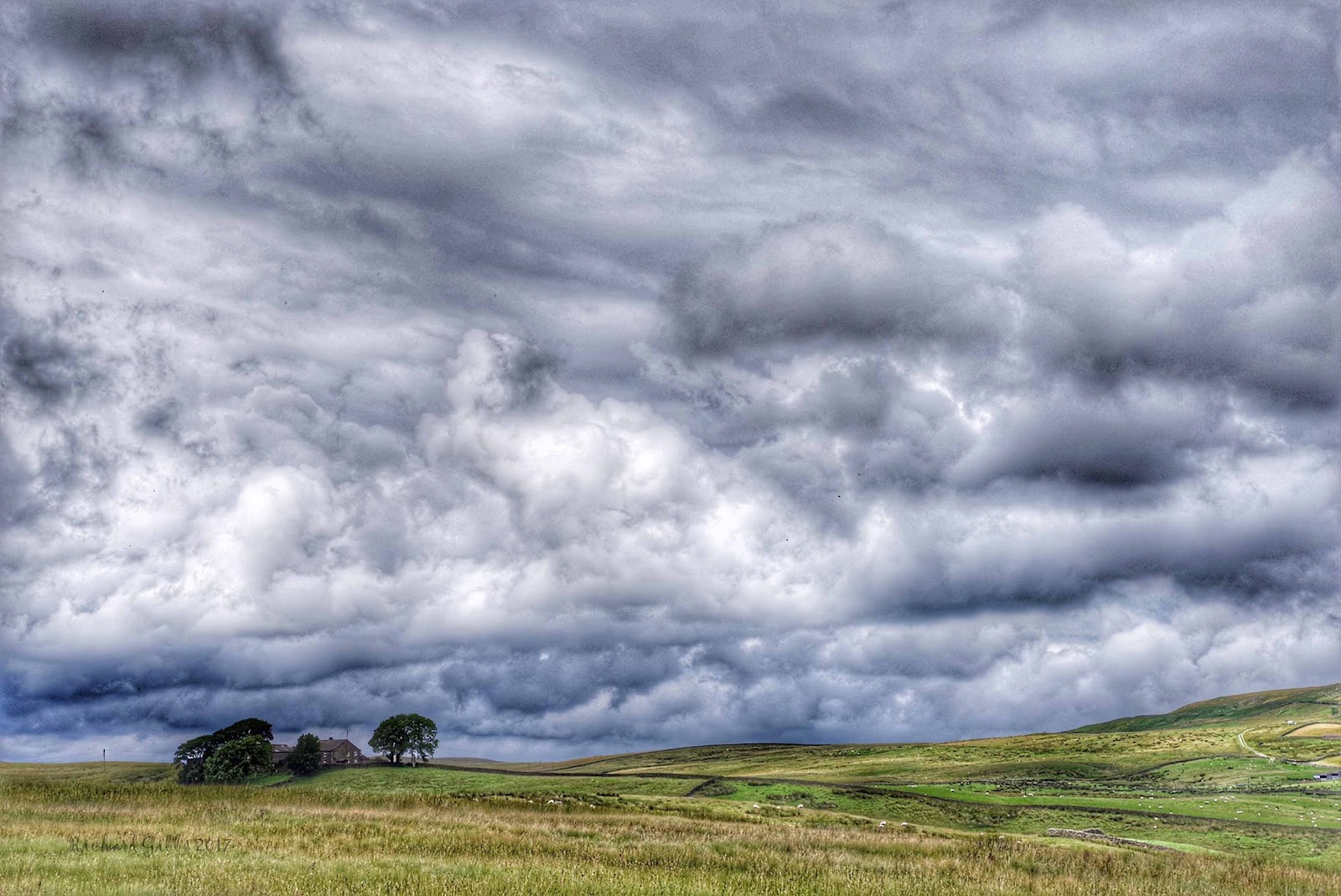 and the road up through Halton Gill, under Pen-y-ghent, is exposed and raw, until you approach Malham, where the crowds rise up to climb the Cove.  Here, in 1968, I took a picture from the top. 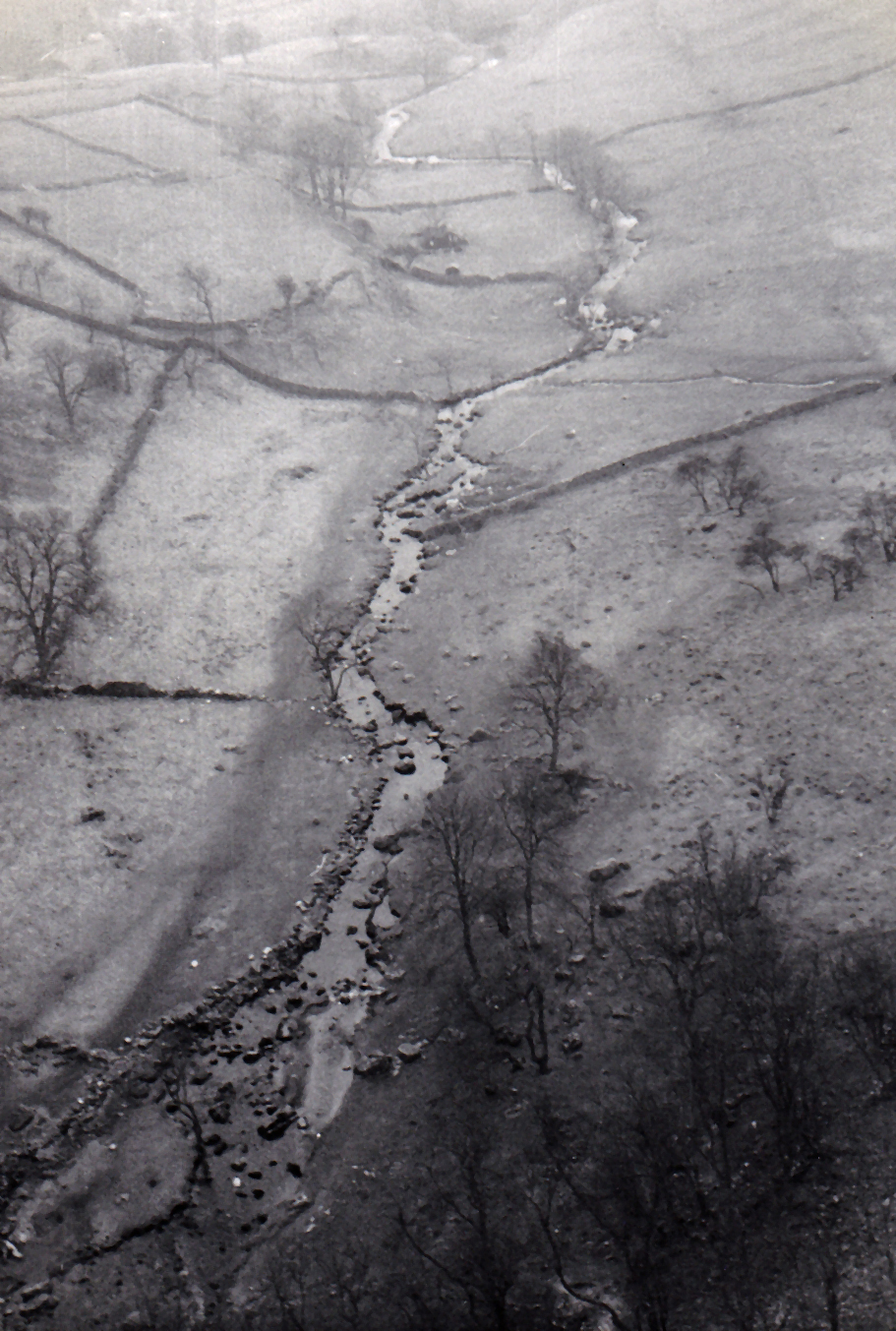 There was no one to be seen; no eroded path, no flights of steps, nothing but grey stone and water.  Now the valley is dotted by bright cagoules, as families flock to see the three hundred foot cliffs in the drizzle. 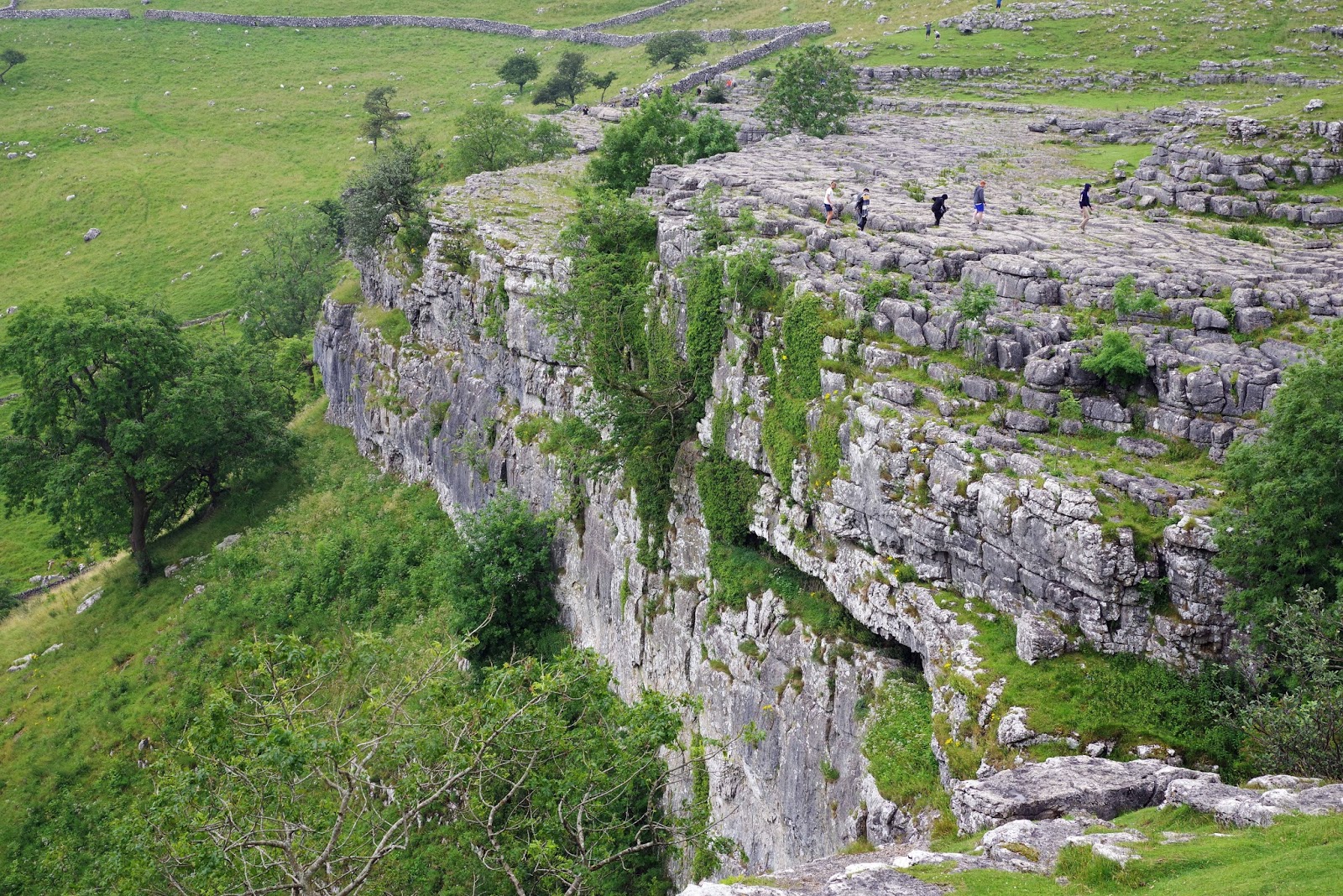 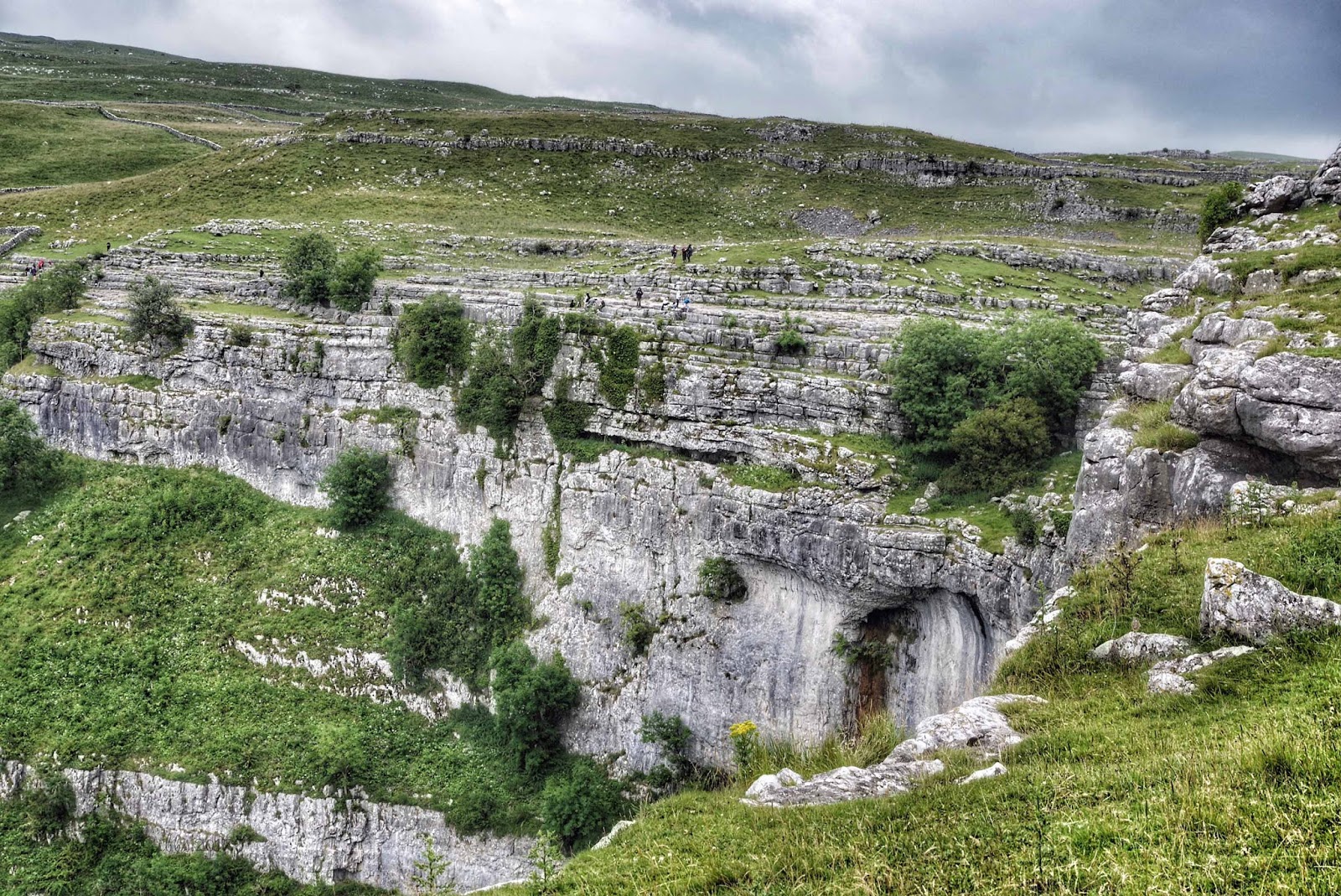 Nearby Malham Tarn is less approachable and lies serene under grey skies, but Gordale Scar, romanticised by William Wordsworth in his sonnet, Gordale (let thy feet repair/To Gordale chasm, terrific as the lair/Where the young lions couch;) is much trafficked, and understandably so.


Dear Diary, the river Wharfe (the name means winding river) flows nonchalantly by Bolton Priory.  Upstream it courses through the Strid, where a chasm of eroded rock is beautifully set in oak woods. 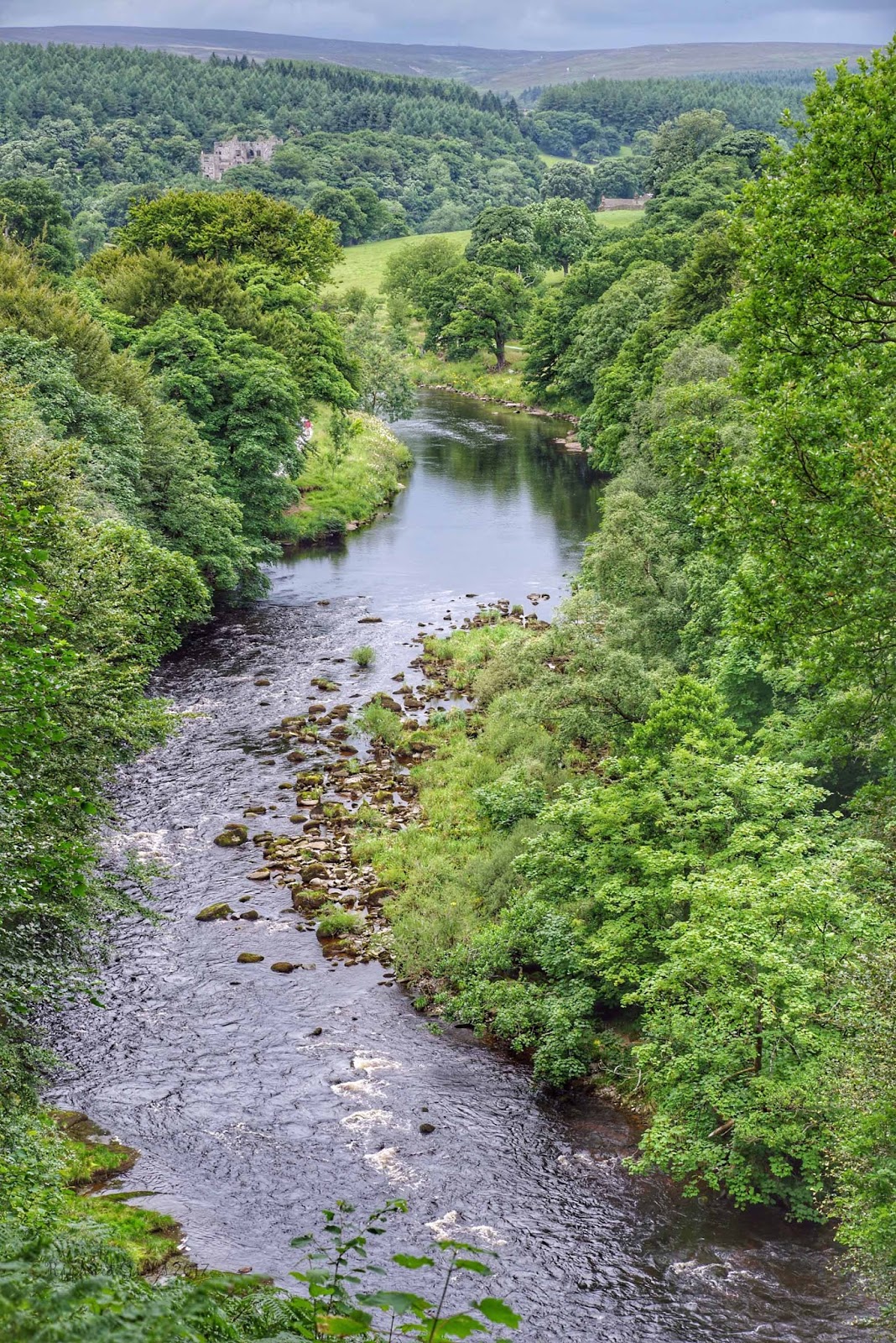 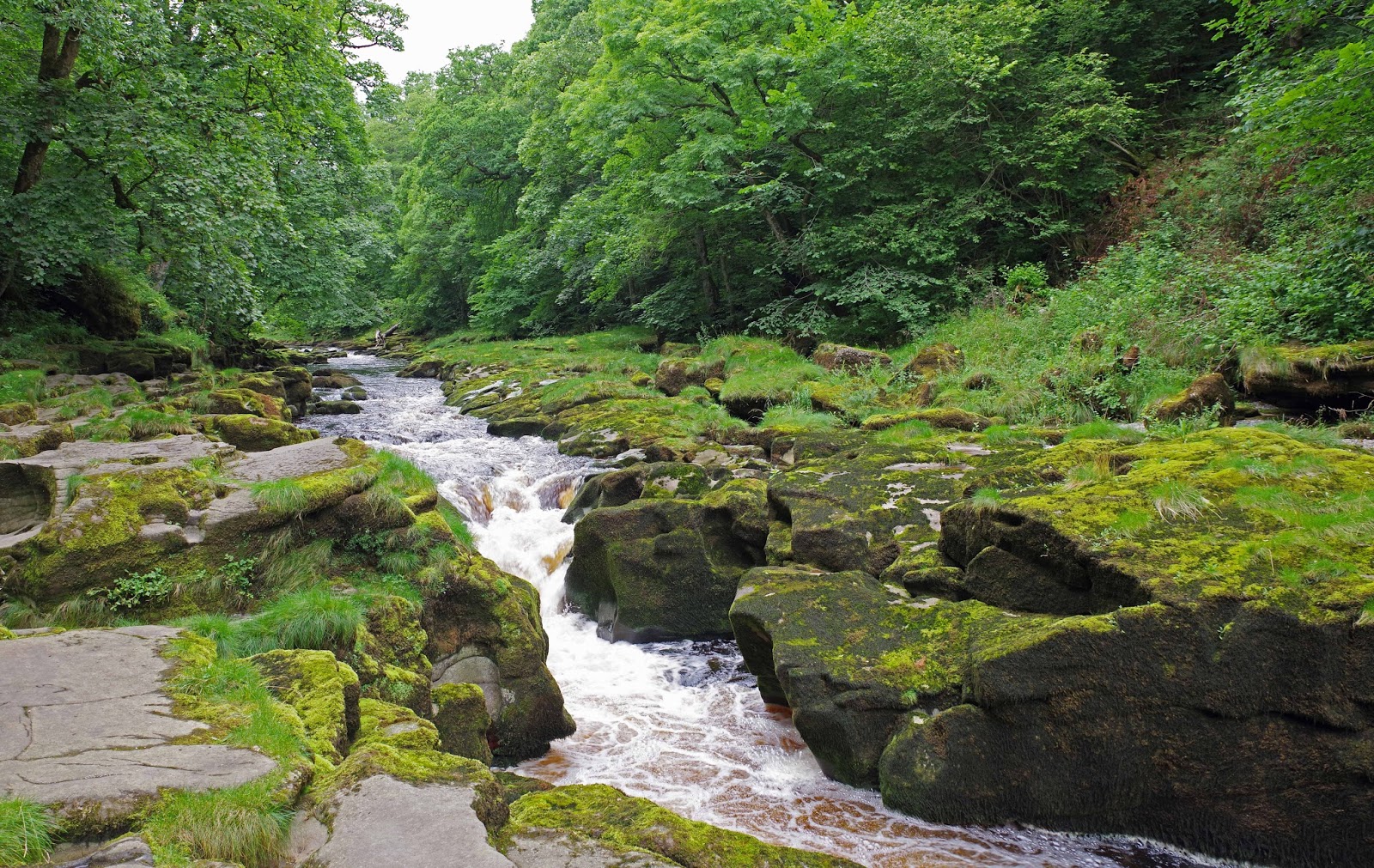 Henry VIII has many things to answer for, one of which is that he caused Romantic Poetry. Without his dissolution of the monasteries Wordsworth couldn’t have drooled over Tintern Abbey, nor written the following lines:

And, up among the moorlands, see
What sprinklings of blithe company!
Of lasses and of shepherd grooms,
That down the steep hills force their way
Like cattle through the budding brooms;
Path, or no path, what care they?
And thus in joyous mood they hie
To 's mouldering Priory. 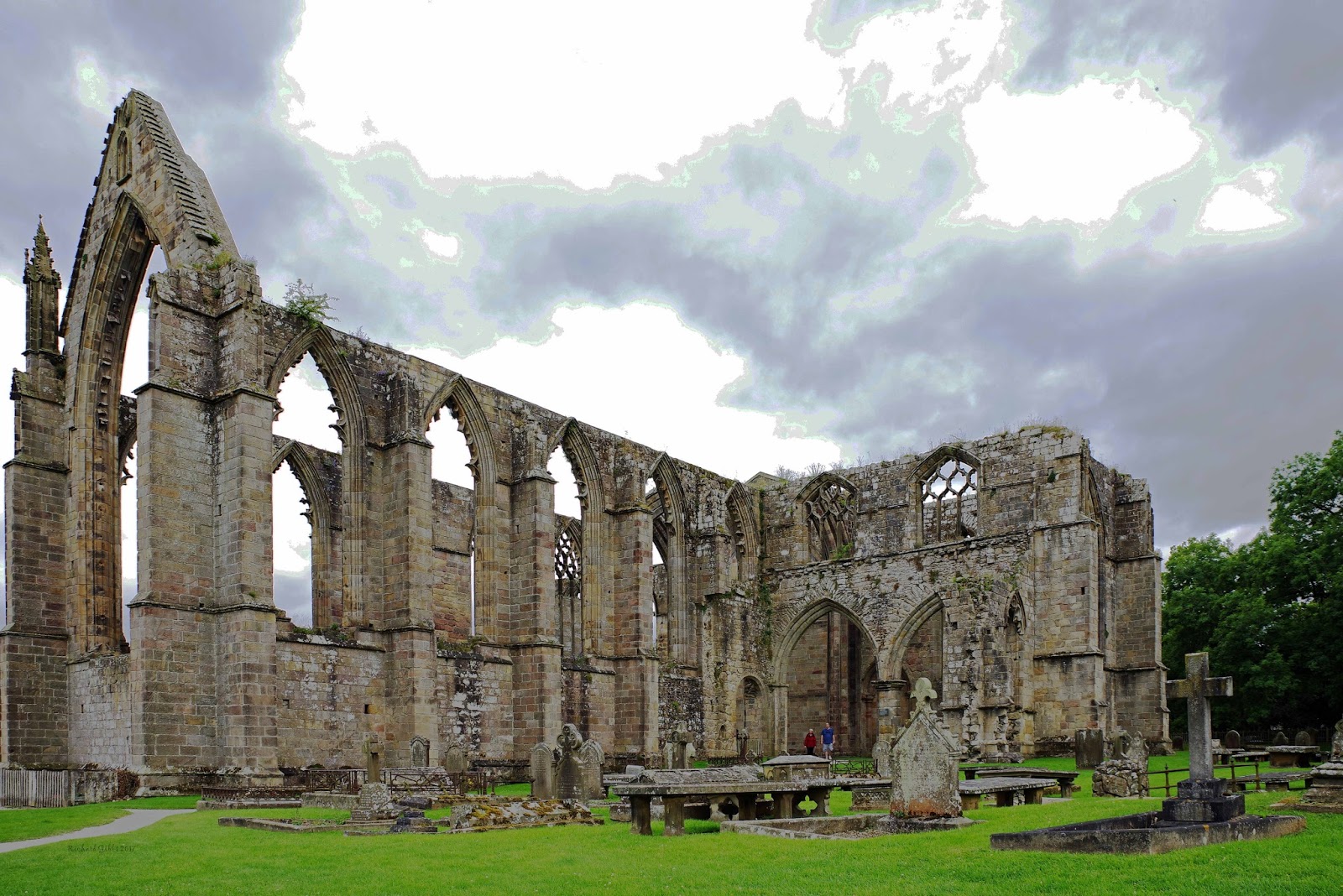 [His] character was certainly fascinating, threatening, and intensely morbid, as Holbein’s great portrait illustrates to perfection. [His] egoism, self-righteousness, and unlimited capacity to brood over suspected wrongs, or petty slights, sprang from the fatal combination of a relatively able but distinctly second-rate mind and a pronounced inferiority complex…..

(John Guy in The Illustrated History of )

Fake News, my friends!  I'm the most successful person to ever run for the presidency, by far! 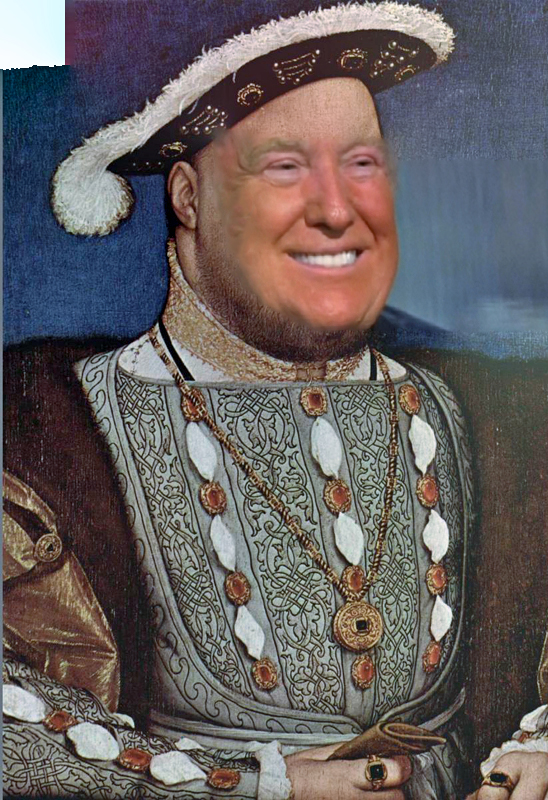 Dear Diary: I am certainly flattering Donald J Trump by drawing any comparison between him and our very late king, but, although the dissolution of the monasteries gave us some spectacular (and very romantic) ruins, it was an act of vandalism on a par with those of the so-called Islamic State.  As John Guy explains:  Of the unplanned effects of the dissolution, the wholesale destruction of fine Gothic buildings, melting down of medieval metalwork and jewellery, and sacking of libraries were the most extensive acts of licensed vandalism perpetrated in the whole of British history.

There is of course no parallel with Trump, but consider this:  rose up on the site where the Bonwit Teller department store once stood. Trump bought the building and started demolishing it in 1980, after having promised to save the Art Deco grillwork above the entrance and the sculptures above the eighth floor, as long as it did not cost too much. The of Art wanted the pieces from the building.

But without a word, all were destroyed. A spokesman for Trump, who was likely Trump himself, told the New York Times the sculptures "were without artistic merit." As for the grillwork, he said, "We don't know what happened to it." (Spectrum News, 29/9/2016). 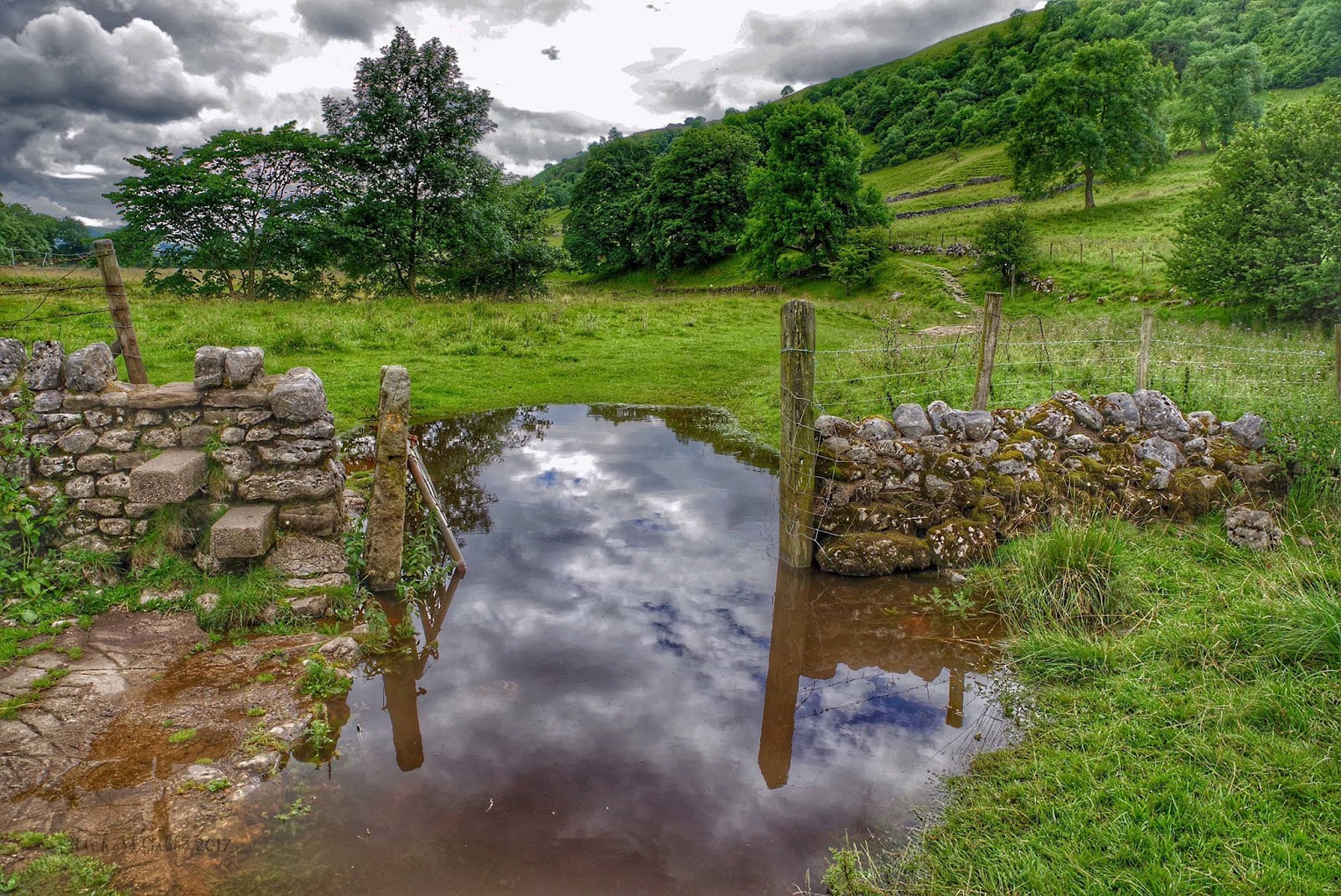 The dissolution was also a disastrous economic gambit.  John Guy again:  The bitter irony of the dissolution was that Henry VIII’s colossal military expenditure in the 1540s, together with the laity’s demand for a share of the booty, politically irresistible as that was, would so drastically erode the financial gains as to cancel out the benefits of the entire process…..

No comparison, of course, with Trump’s intention to vastly increase expenditure on the military.  And note this from the New York Times in June 2016:
— The Trump Plaza Casino and Hotel is now closed, its windows clouded over by sea salt. Only a faint outline of the gold letters spelling out T-R-U-M-P remains visible on the exterior of what was once this city’s premier casino.

Not far away, the long-failing Trump Marina Hotel Casino was sold at a major loss five years ago and is now known as the Golden Nugget.

At the nearly deserted eastern end of the boardwalk, the Trump Taj Mahal, now under new ownership, is all that remains of the casino empire Donald J. Trump assembled here more than a quarter-century ago. Years of neglect show: The carpets are frayed and dust-coated chandeliers dangle above the few customers there to play the penny slot machines…..

Oh, and The matrimonial adventures of Henry VIII are too familiar to recount again in detail, but, If Ivanka weren’t my daughter, I’d be dating her….. 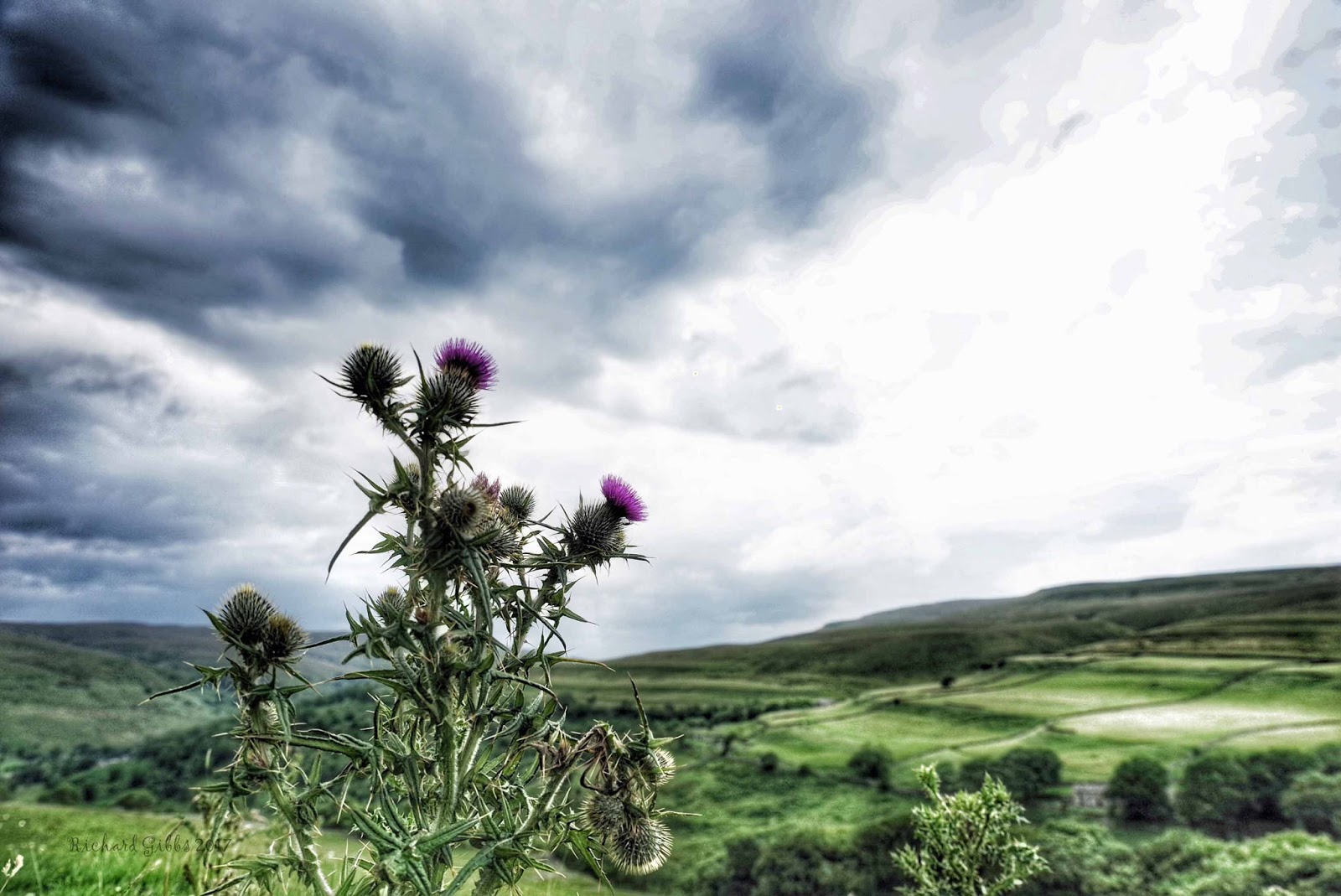 Dear Diary: I came here for peace and quiet.  I came to escape the nightmares of Brexit and Trump!  Leave me be! 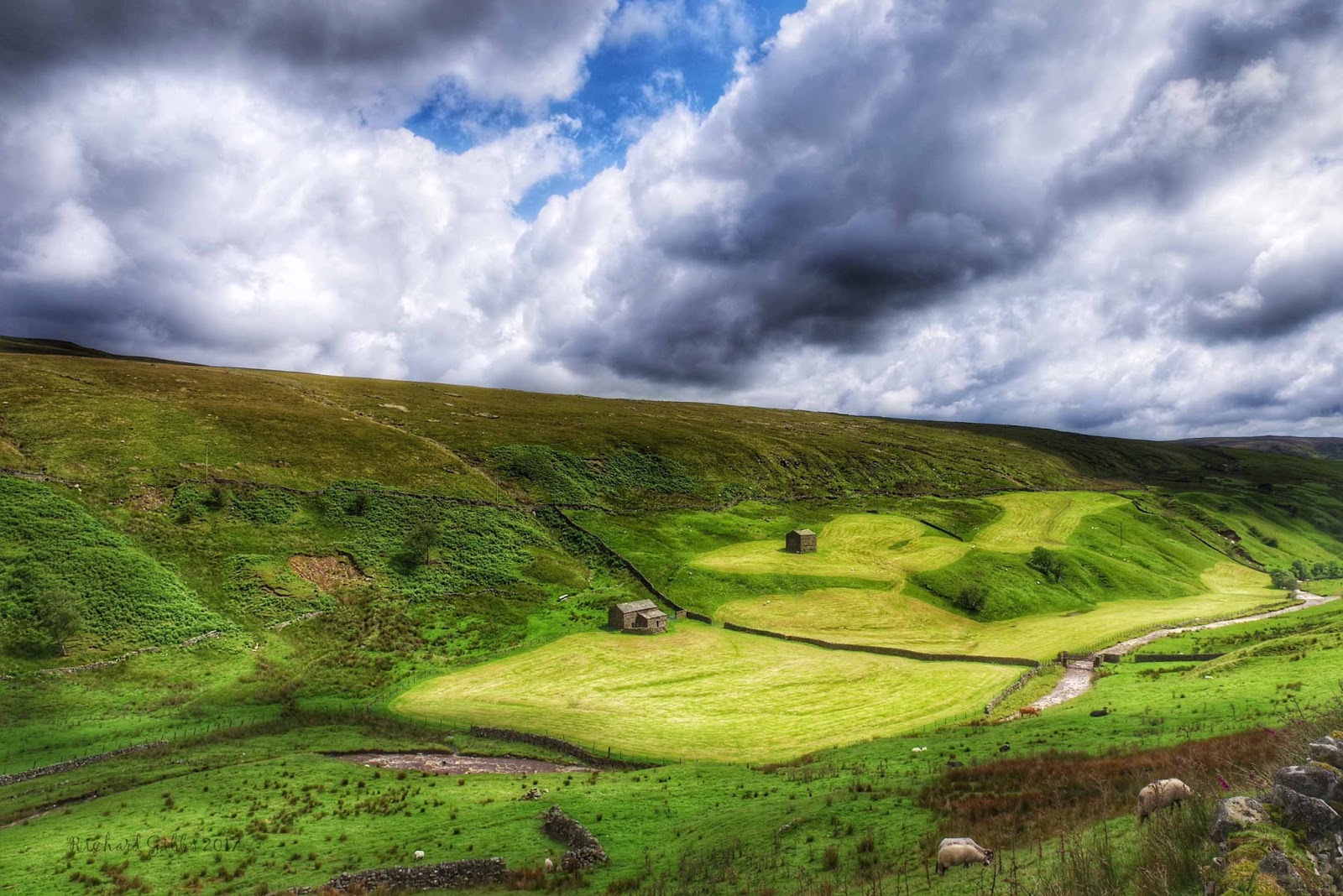 We retire to The Falcon Inn (used as the original location for The Woolpack in the TV series Emmerdale Farm – or so they tell me) in Arncliffe, Littondale, for pork pies and mushy peas, and a jug of local ale.  Away from it all…..

What could be better? 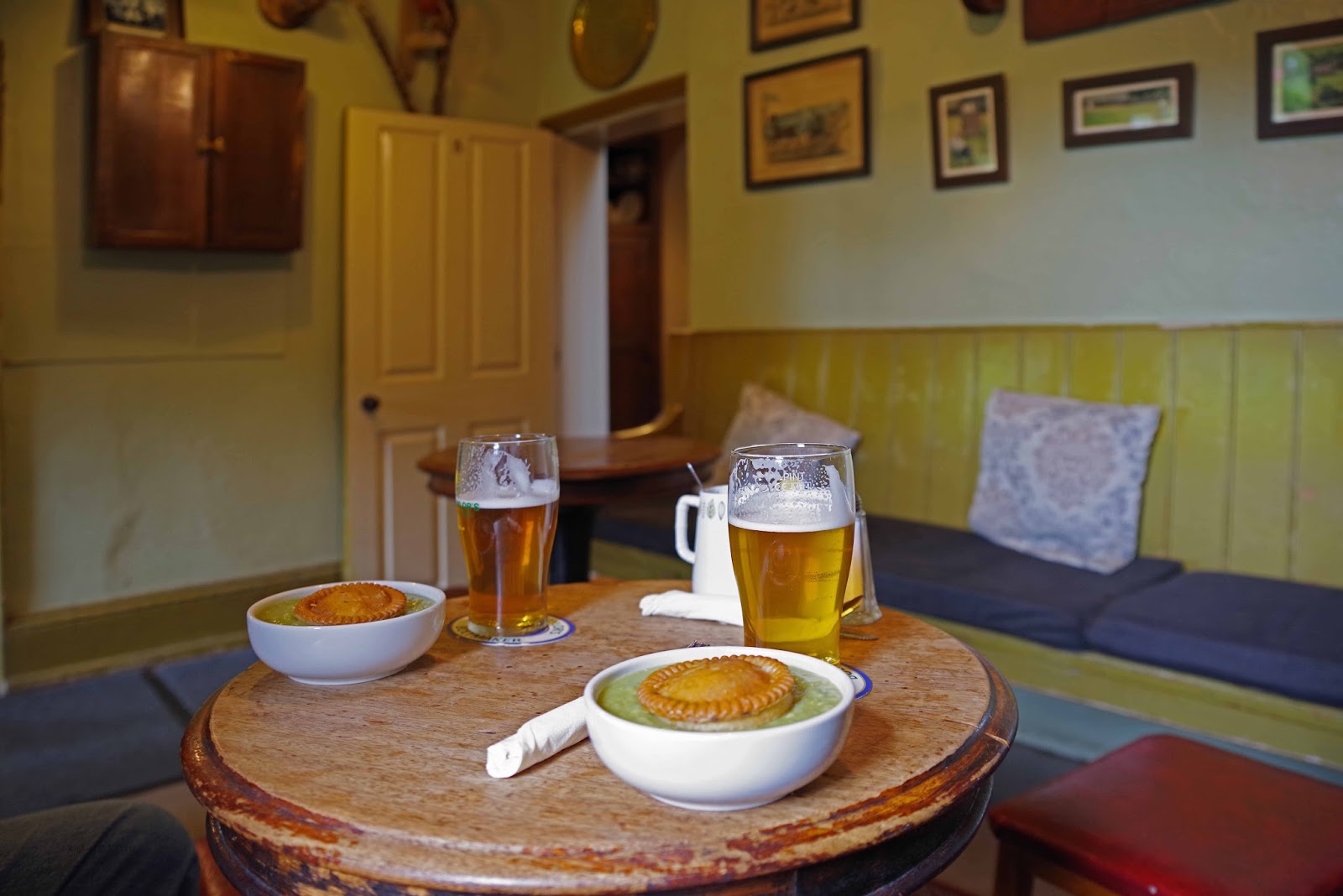 Dear Diary: There's one thing that won't change - I shall always worry about Don..... 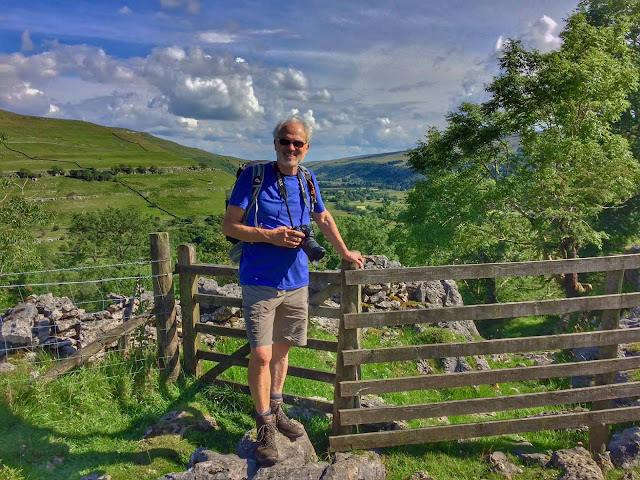 But most of all I miss a girl


And most of all I miss her lips

As soft as eiderdown

Again I want to see and do

The things we've seen and said

Where the breeze is sweet as Langstrothdale

And there's forty shades of grey


[With apologies to Johnny Cash]