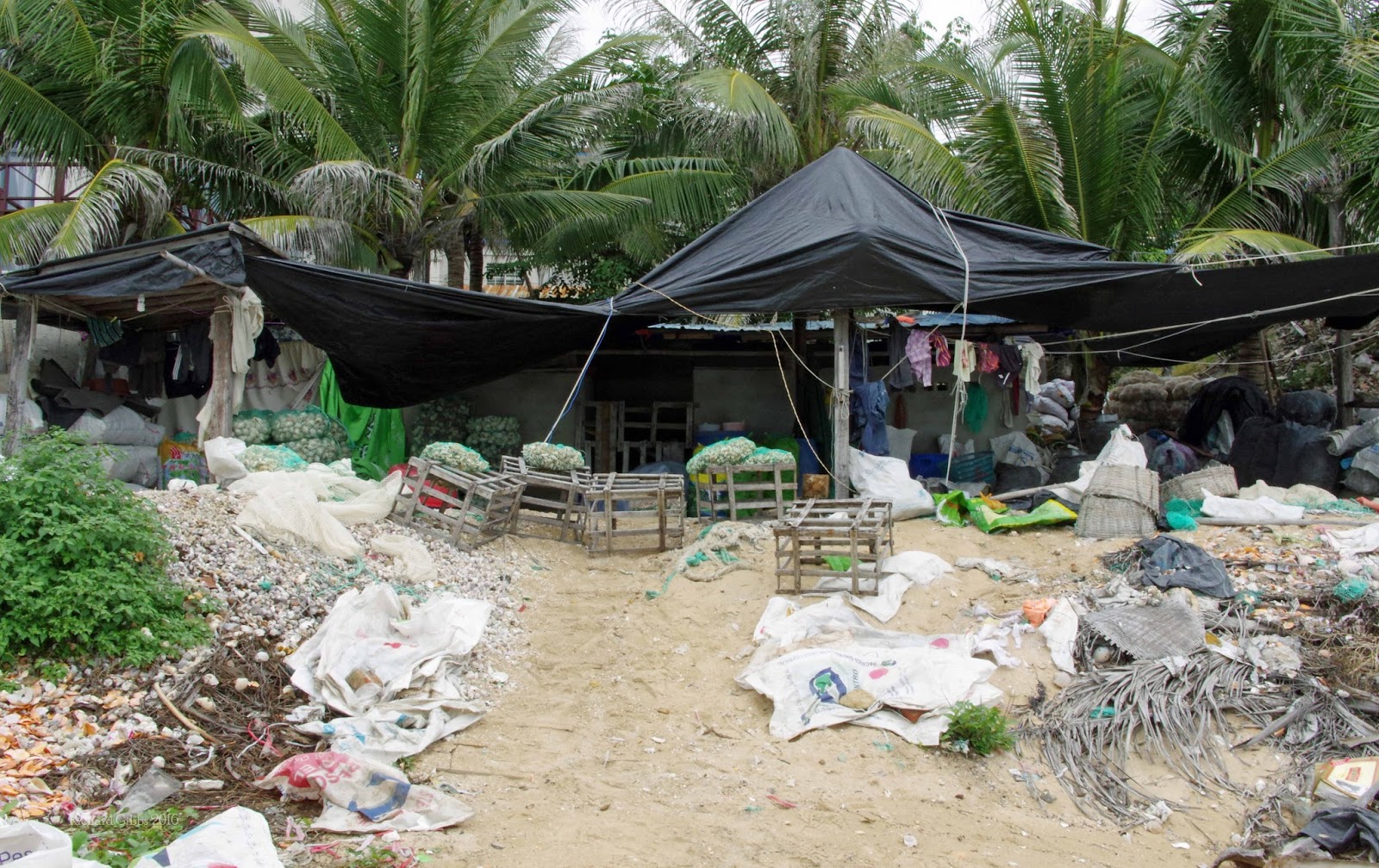 In truth I didn't know what to expect.  Since I first handled a tea pot I had been aware of China, and I had, in the past, spent some time studying its religions and reading its literature, but since the cultural revolution, and through Tiananmen Square, it had lost some of its appeal. 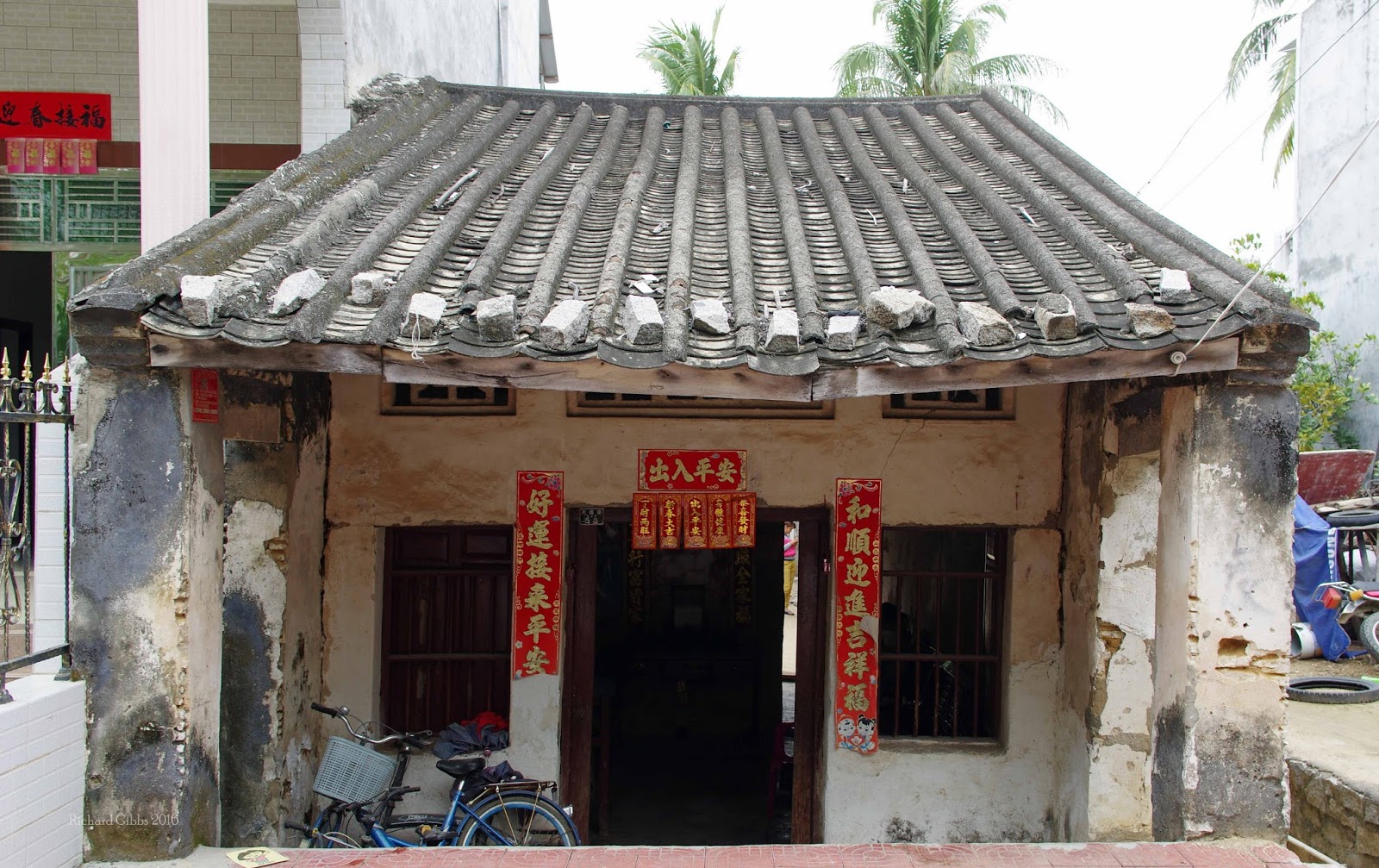 But now that Hannah, one of our daughters, was living in Hainan Province at the extreme south of the country, it was time to take the plunge, and, though there may be better times to visit China, the Spring Festival and Lunar New Year meant that she had enough holiday time to accompany us on some trips, so it came to pass.... 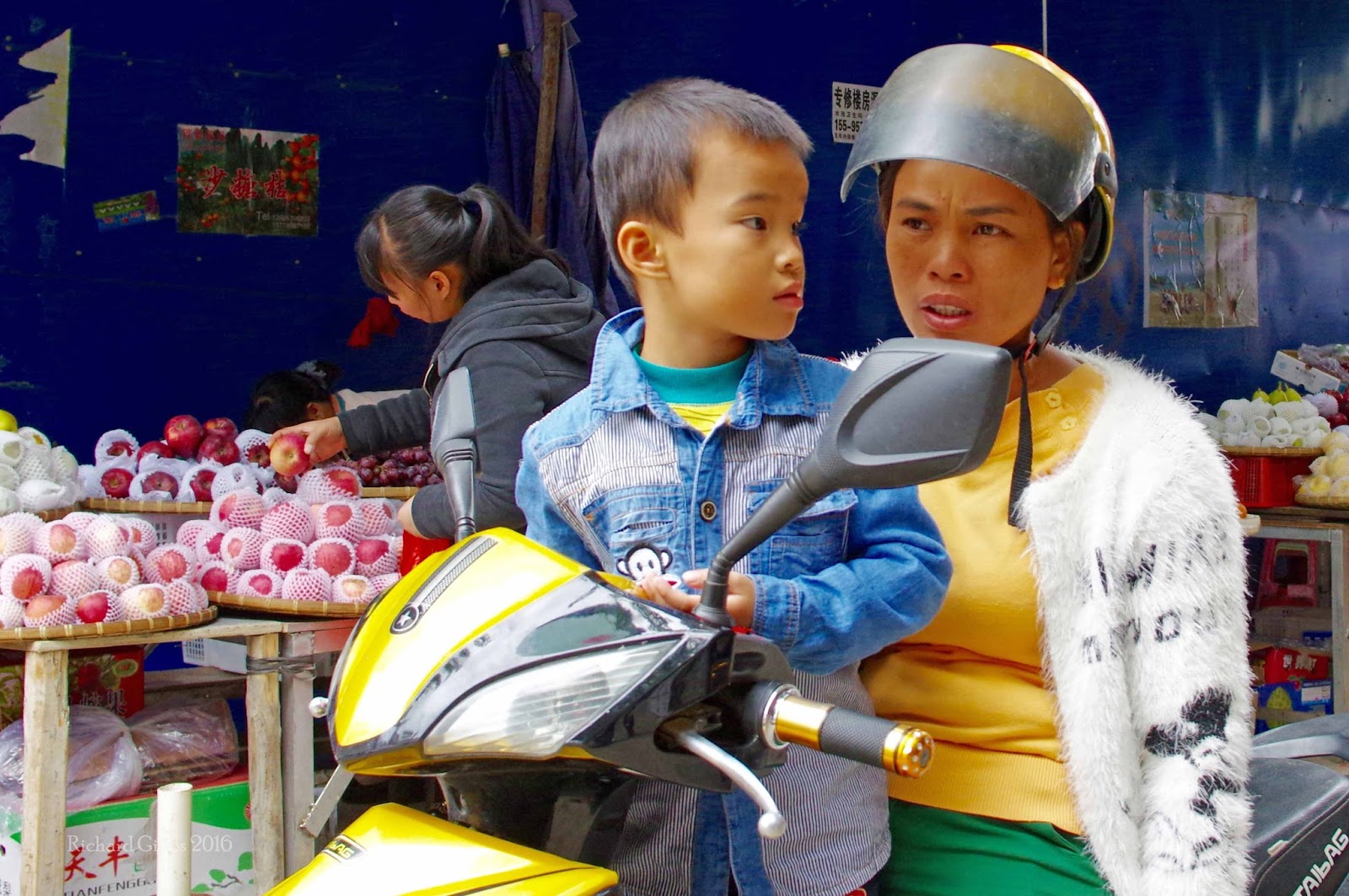 We landed at Sanya International Airport, and, with our luggage tied into the taxi's tiny boot, we made our way to Tianya, where our first nights were to be spent near the beach. Although we could see the sea from our room, other views from the fifth floor were interesting in a different way..... 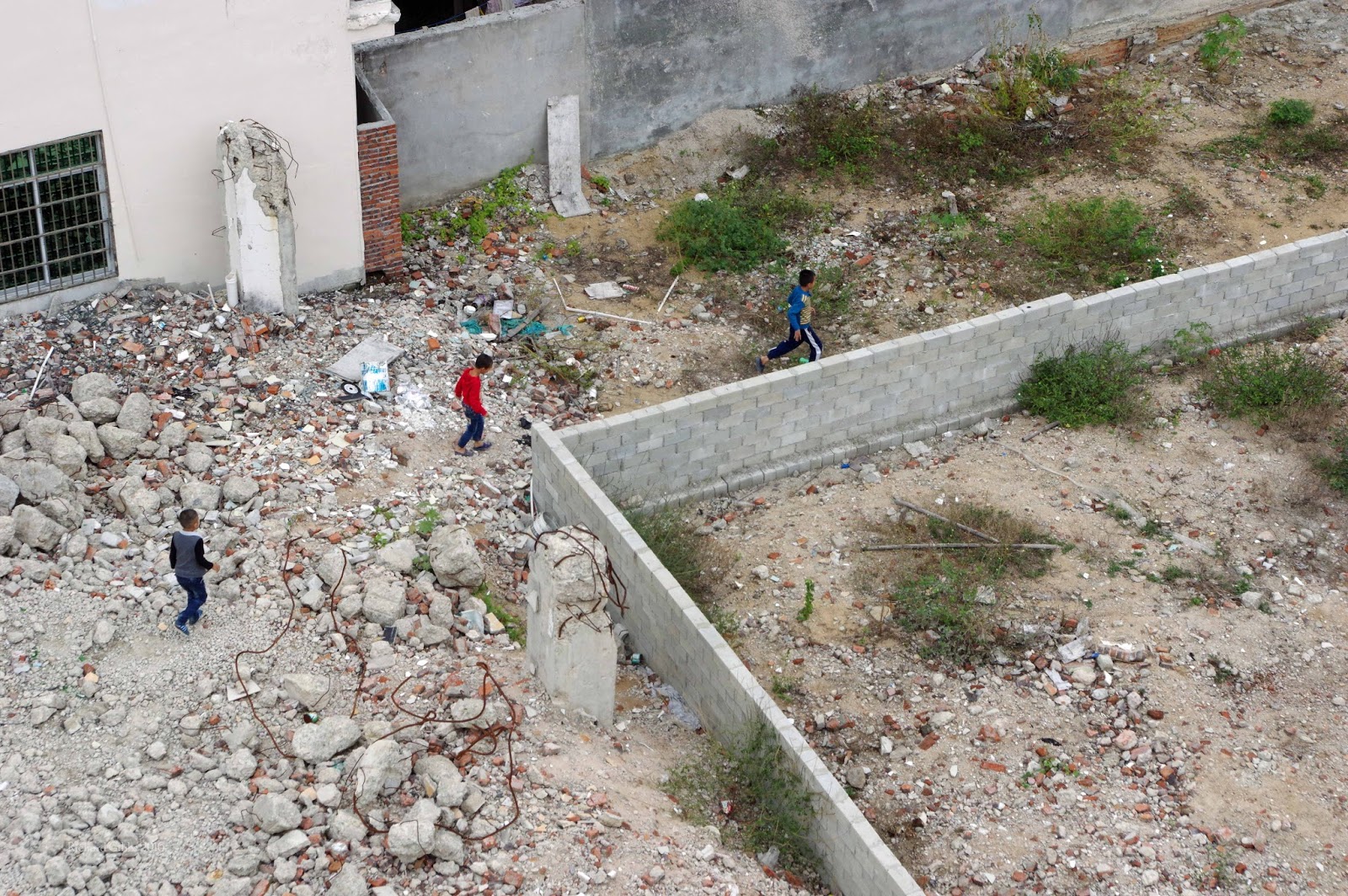 The weather was not great; it had been the coldest in Hong Kong for sixty years when we passed through, and now, instead of being tropical (it sits at 18 degrees north), we experienced weather not dissimilar to English winter, chilly and grey. Sanya, sometimes in the past called Tianya Haijiao (The End of the Earth), had been used as a place of exile, and somehow that resonated with me as I struggled with jet lag and a head cold. 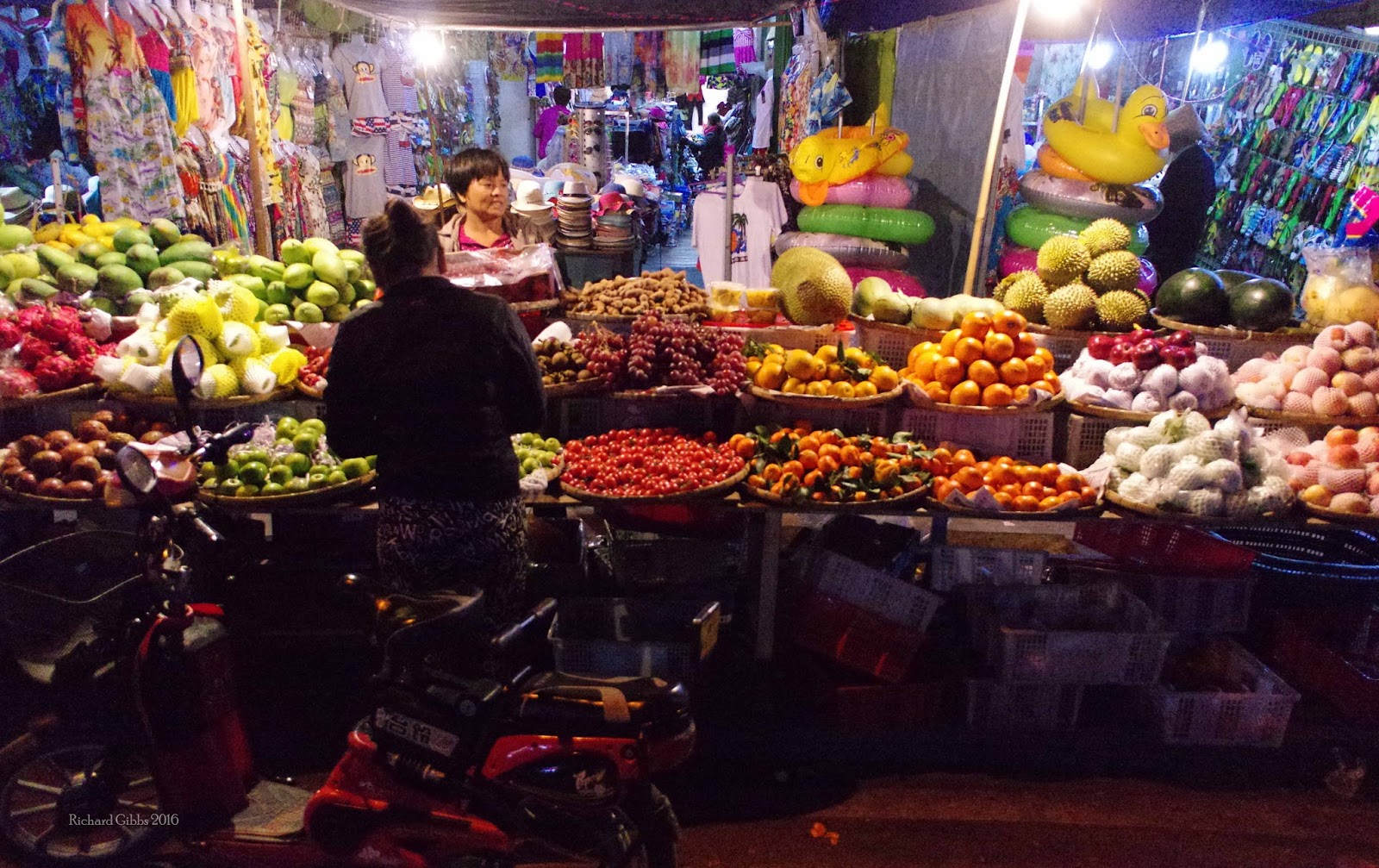 My birthday came and went.  I was older, and I woke up wishing I was younger, at home with my mum.... Outside was a strange world where people seem to speak as if they are angry, spitting out characters made of bone and making strange guttural sounds while their mouths exaggerate pain.  I am foreign; I don't understand a word.  The street is mud, rats erupt from a discarded coconut shell and supper is served on, or eaten with, sticks.

We move on, passing through Sanya railway station, an enormous new construction built to deal not only with the local population of three quarters of a million (I had imagined a small town) but also with the hordes of northern Chinese who visit as if it were a modern Brighton or Blackpool..... 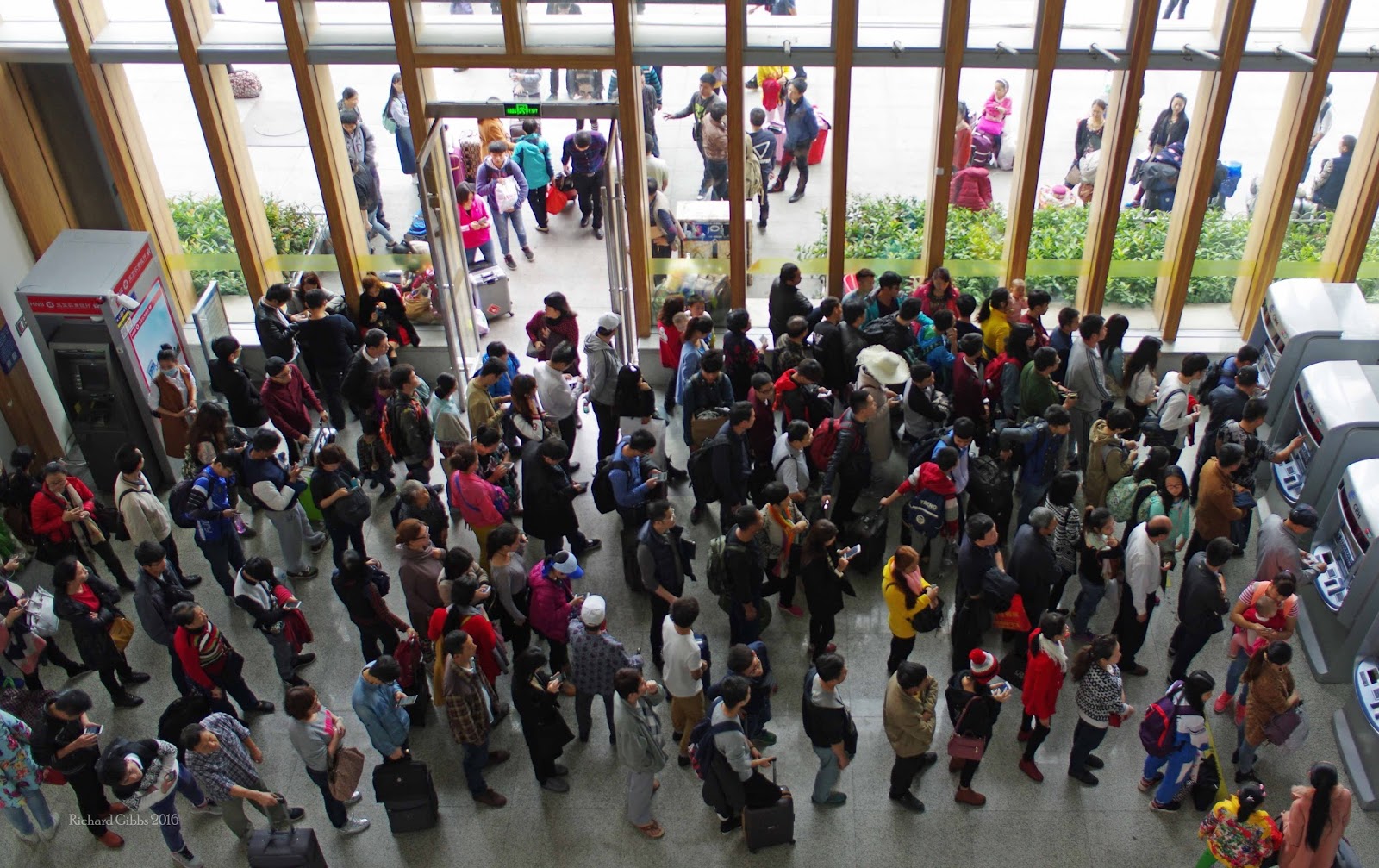 So, via a 200kph bullet train ride, we reach Haikou, where the railway station dwarfs that of Sanya, and the roads are six lanes, choked with traffic. Here Hannah lives on the seventeenth floor of a slightly dilapidated block of some 70 or more apartments, with only one working lift. The view from her terrace is striking, 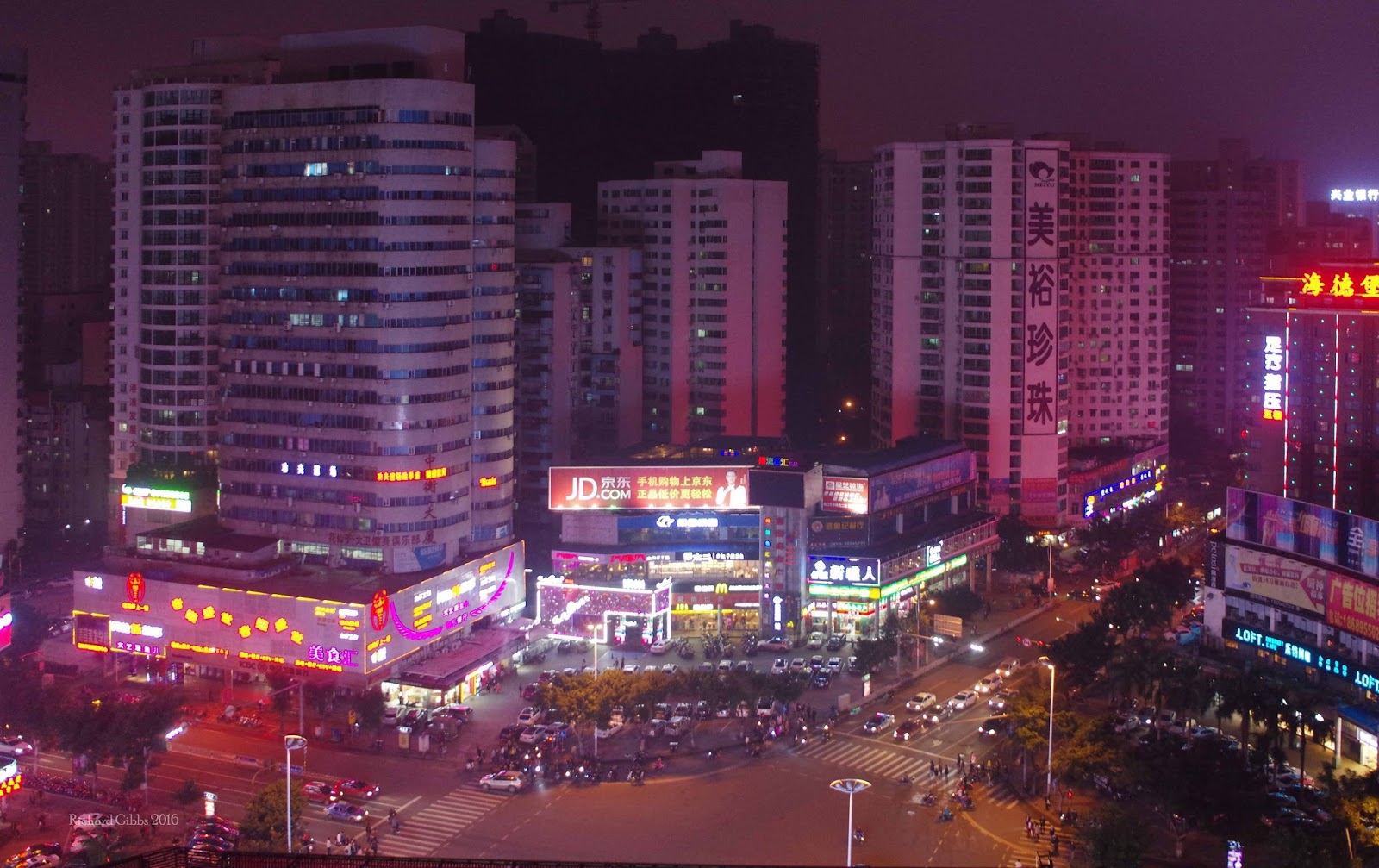 But it is also awesome:  I had not realised that Haikou, a place I had never heard of before Hannah moved there, was so huge.  It has a population of over two million in the urban area, and its administrative area covers nearly nine hundred square miles.  The name means Sea Mouth (hence Seaport) and the old town has its attractions, but it has grown up, literally, at an extraordinary rate in the last thirty years, and is still expanding. 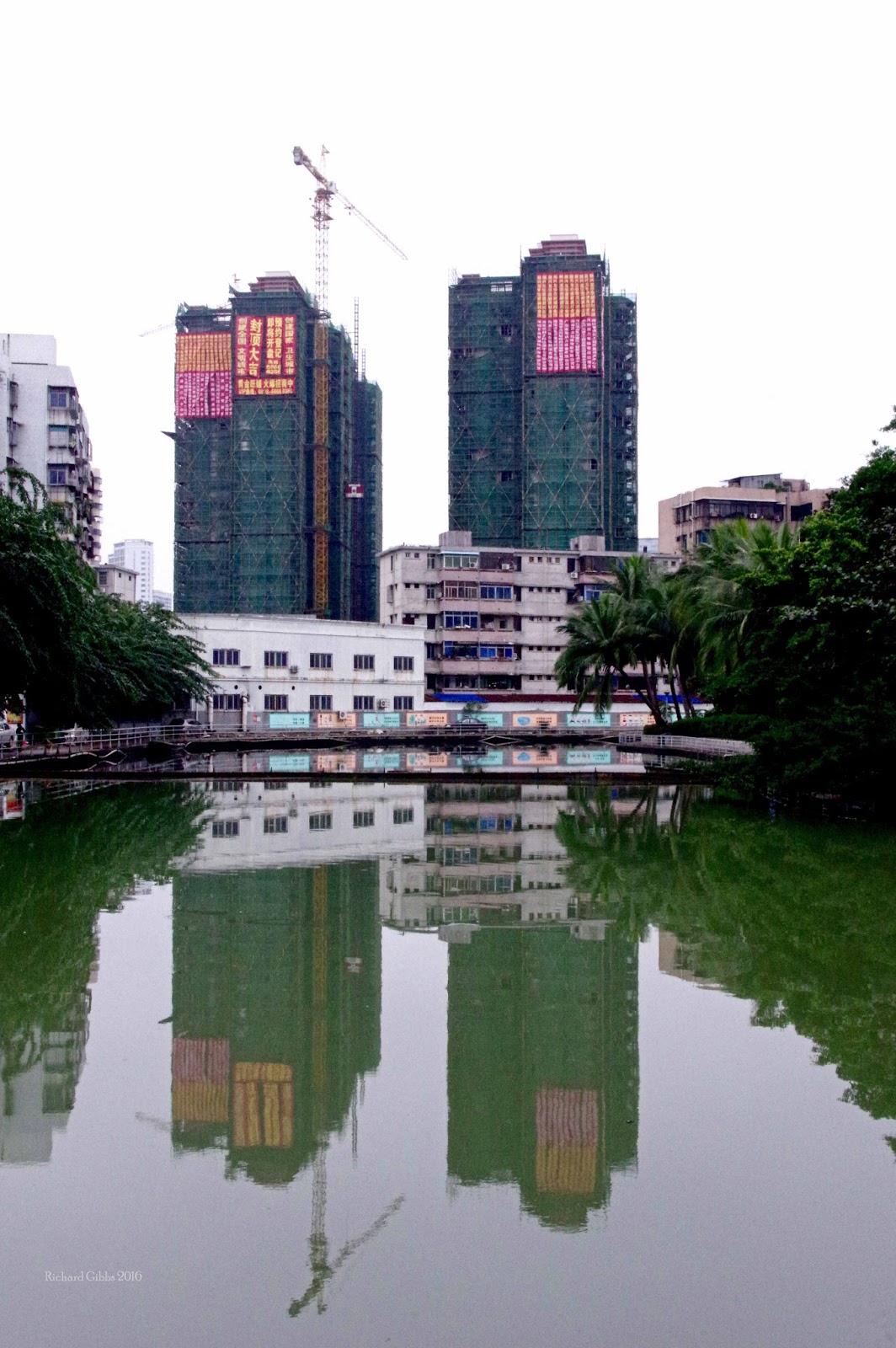 Although the weather is damp and drizzly, and the apartment is actually in a cloud, which condenses on the concrete walls and tiled floors, we explore and begin to appreciate how colourful and vibrant Chinese life can be. 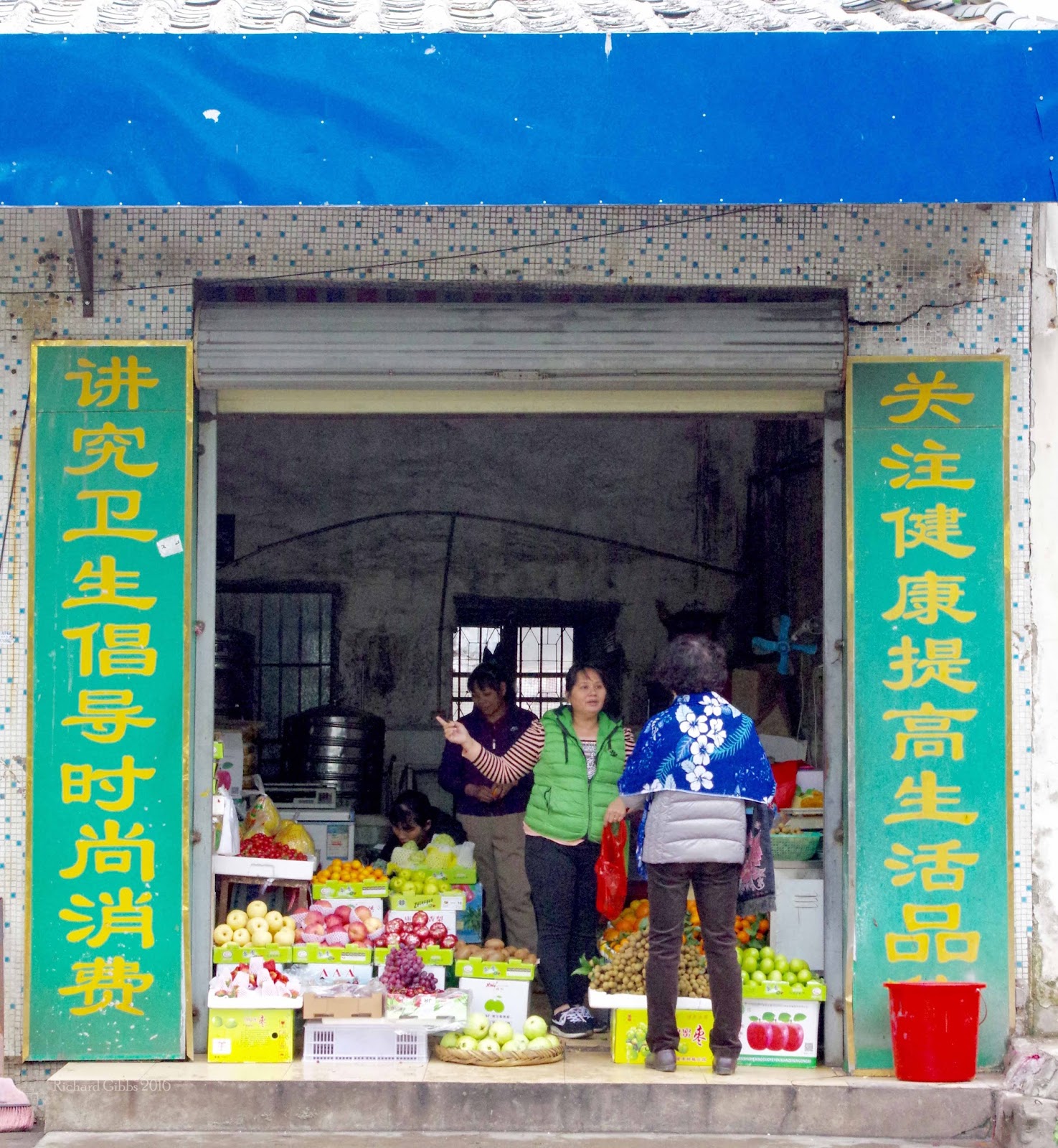 The graphic signs may seem garish at first, but are a reminder of the civilisation and culture that unify and underly this country. 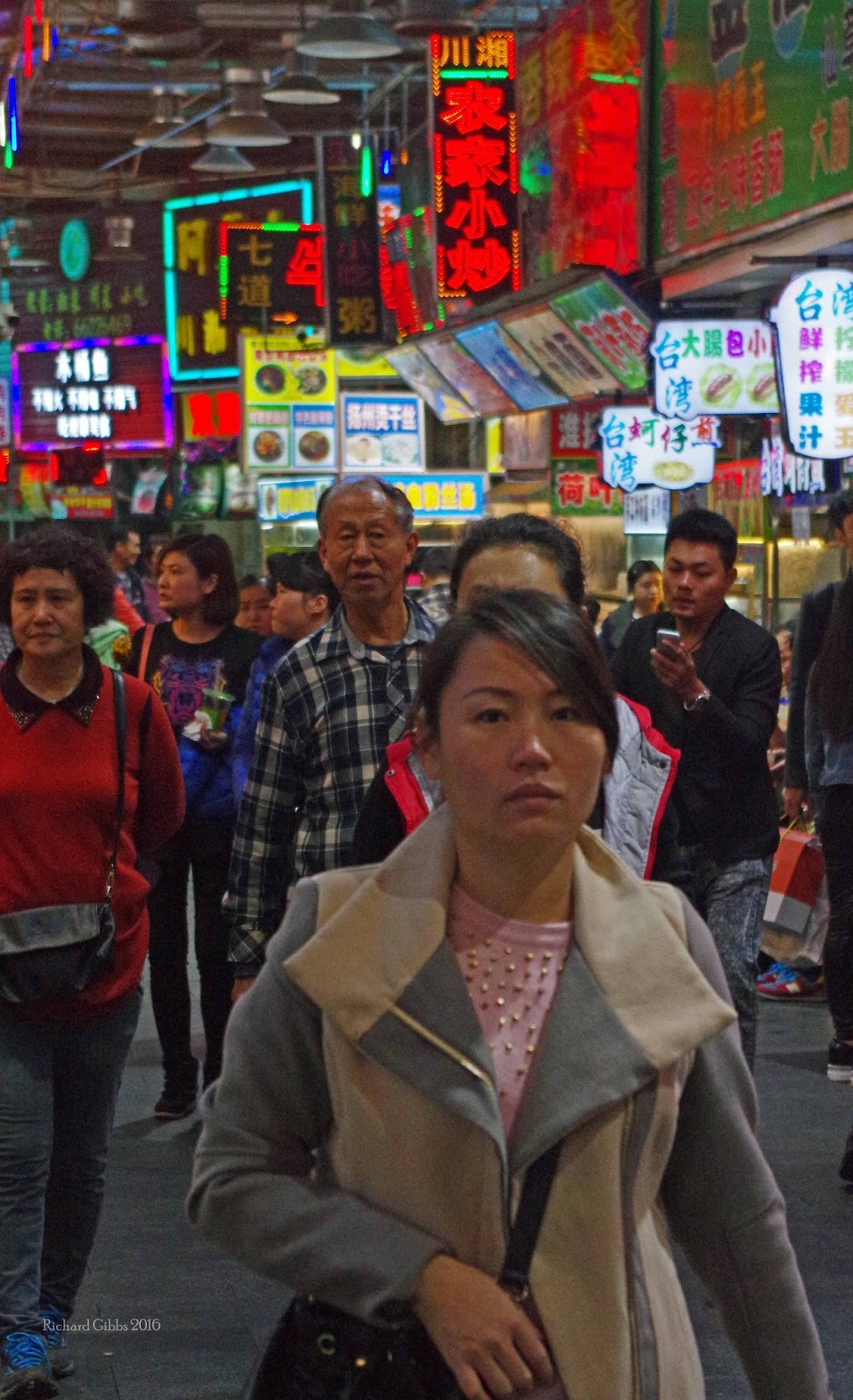 And everywhere there is movement: cars, scooters, bikes, pedestrians, 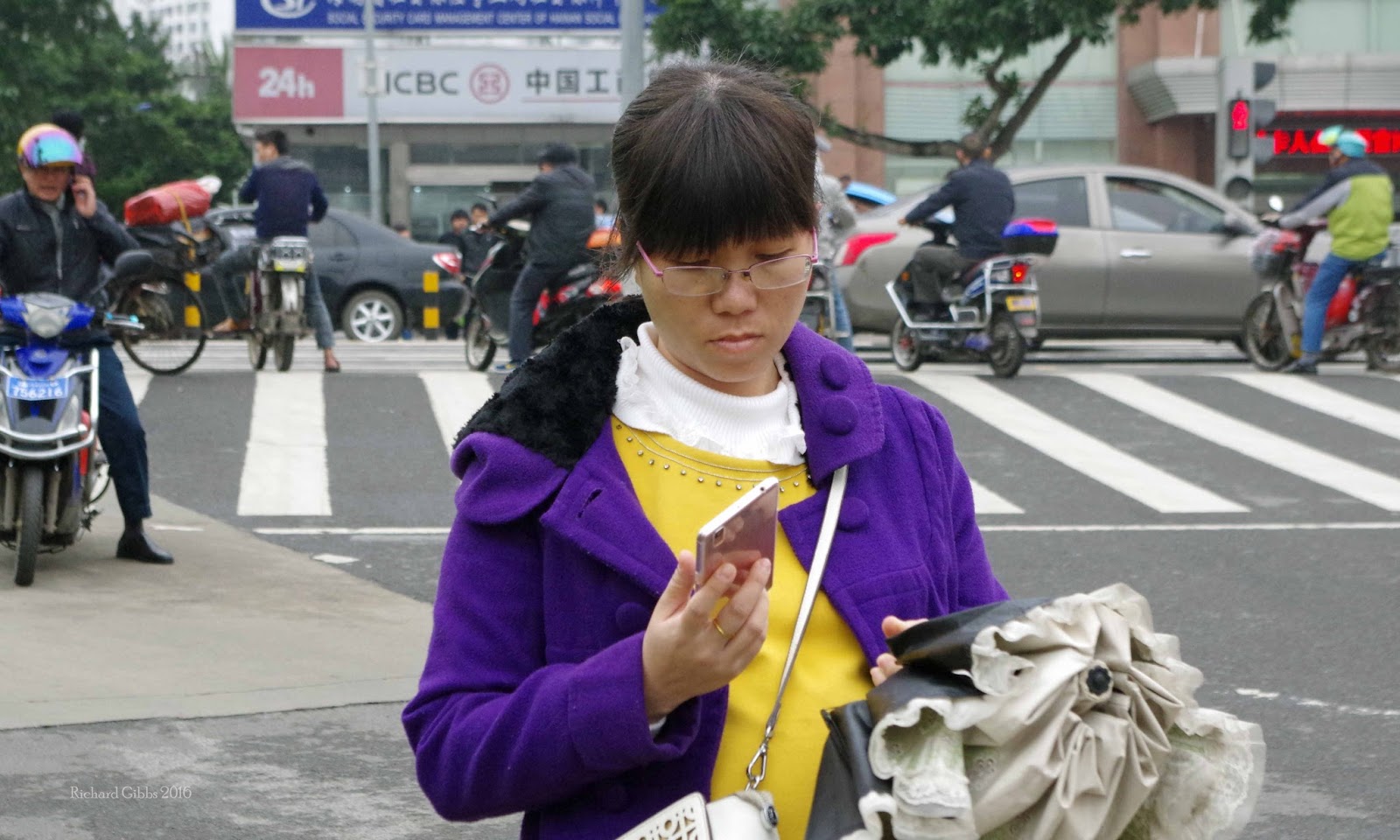 And everywhere there is technology: mobile phones absolutely everywhere, 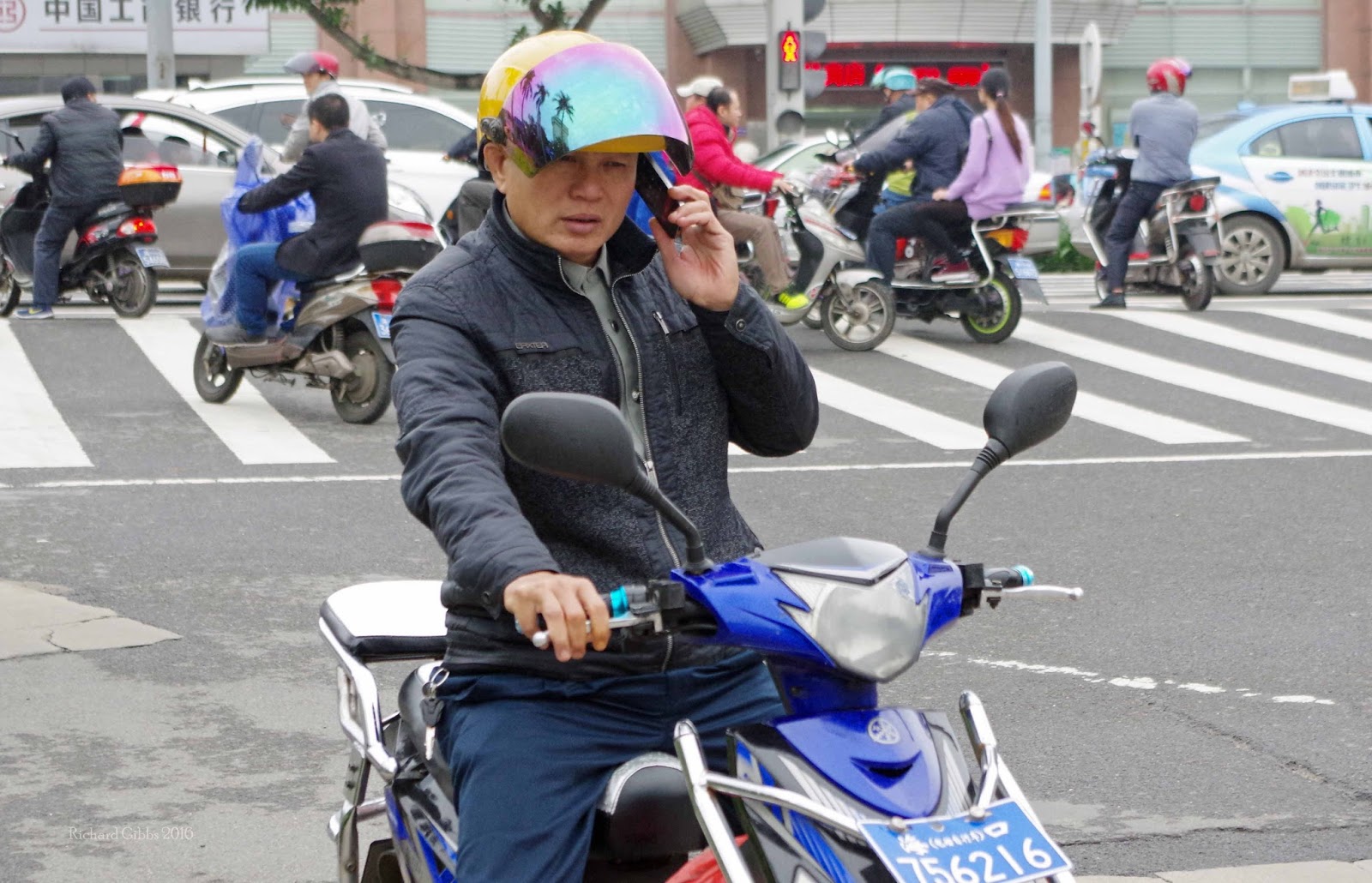 And in preparation for the Spring Festival, flowers, particularly red ones, are being planted out, 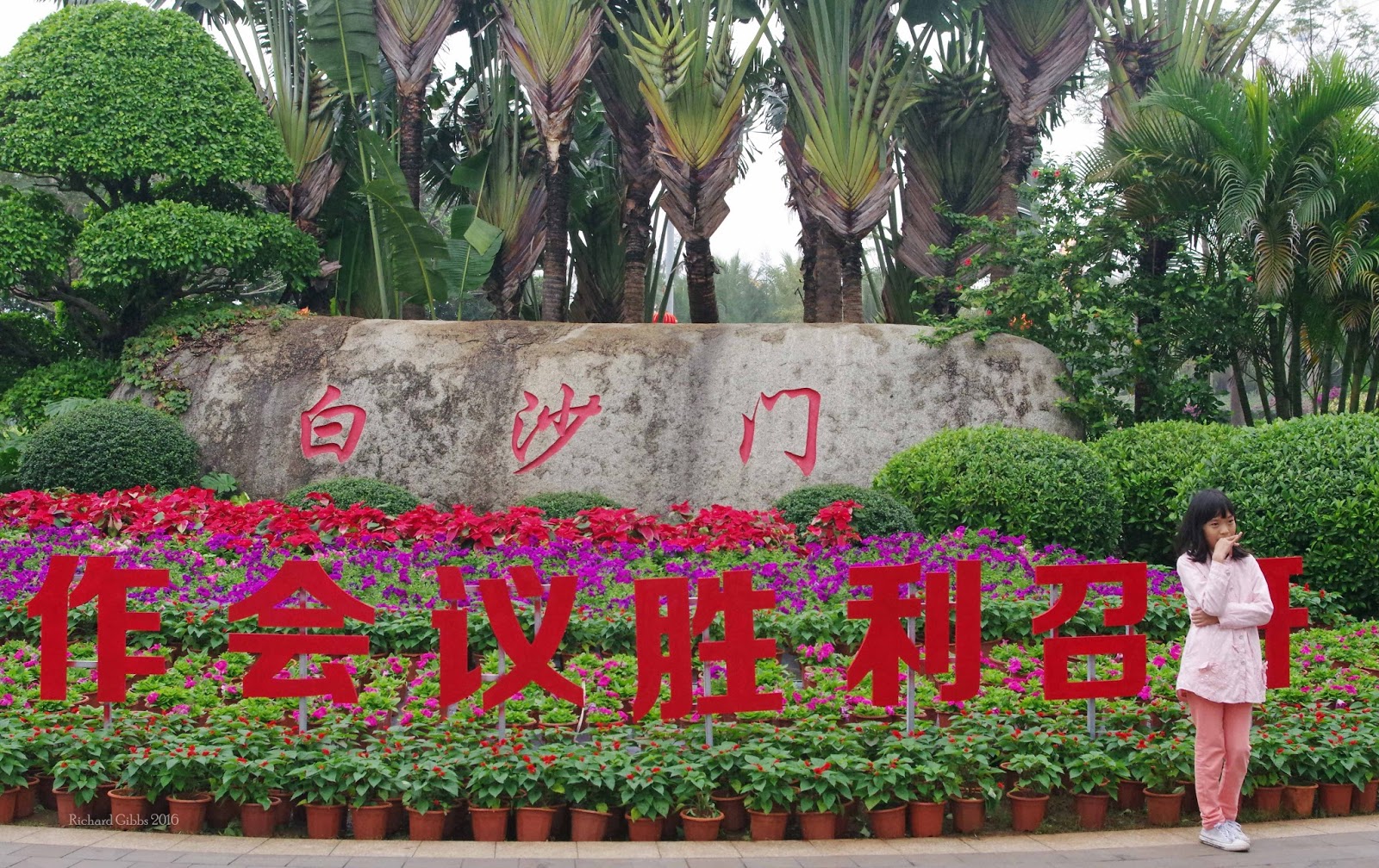 Though these men photographing kingfishers in a park, need shelter from the drizzle, 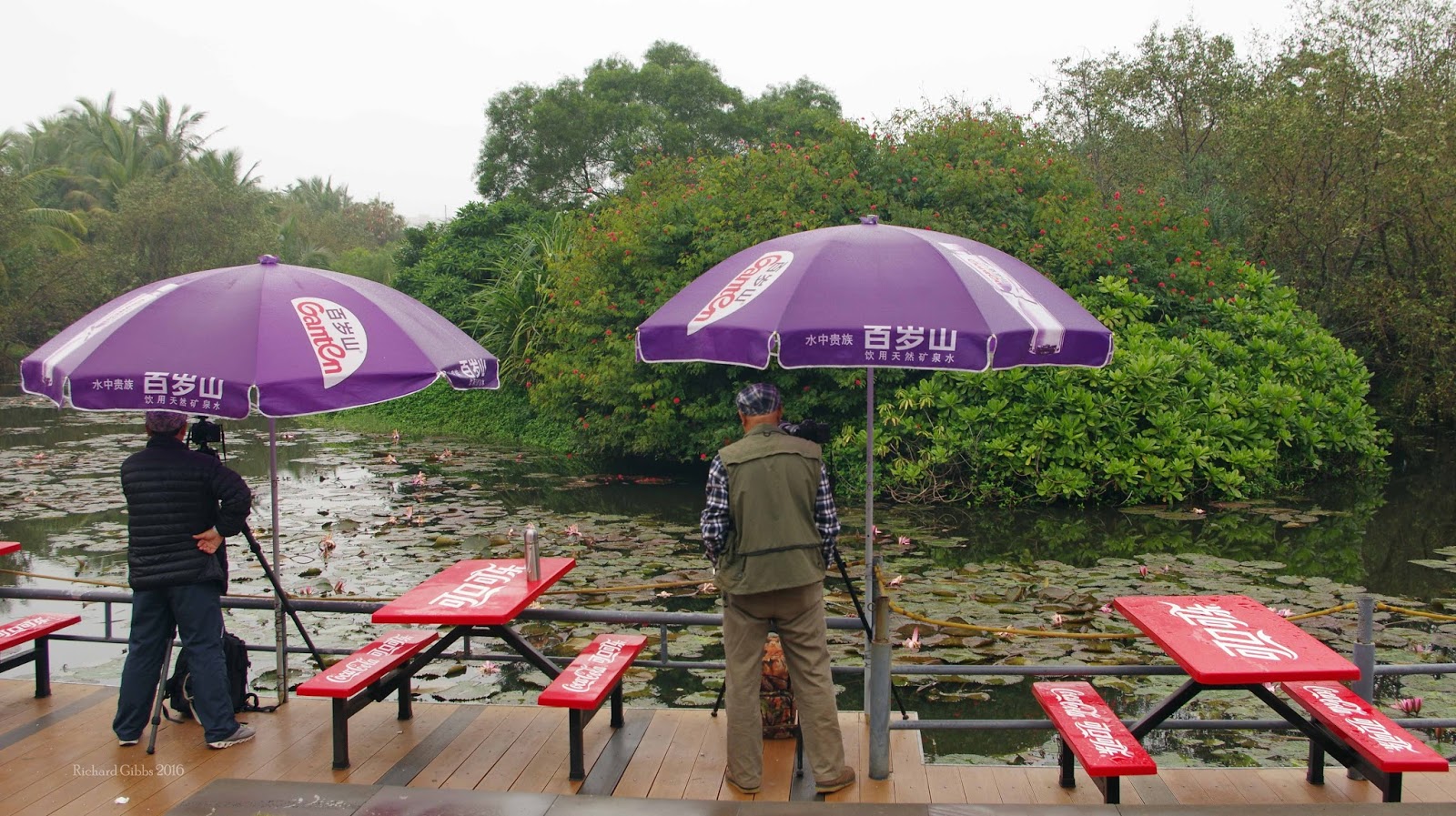 And it is not really fine for the beach,

And the high rise blocks disappear into the murky clouds that hang over the city. 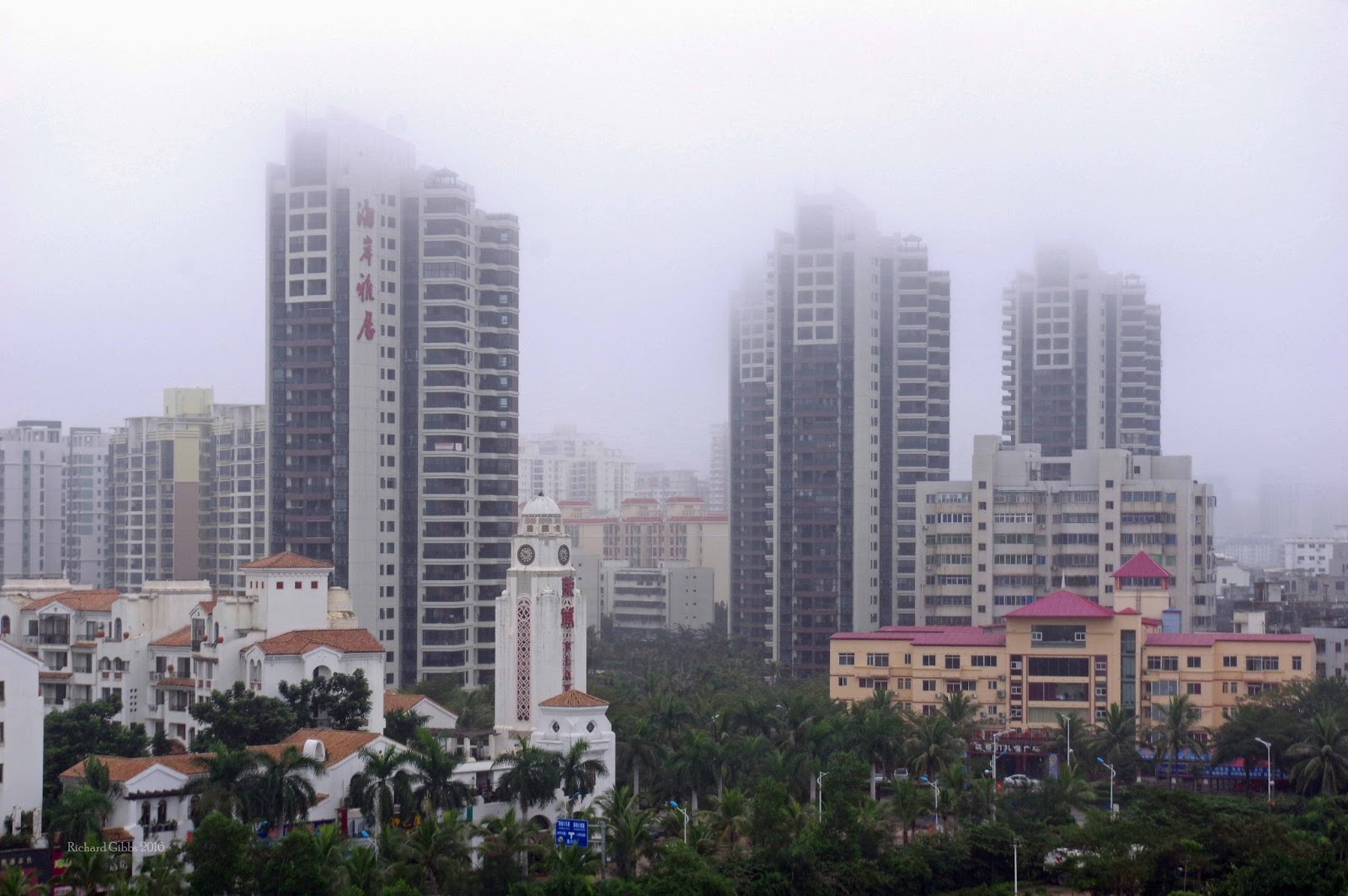 So we take a trip about an hour south, to Boao, famous for its Forum for Asia, which is modelled on the World Economic Forum, held annually in Davos, and which is committed to promoting regional economic integration and bringing Asian countries closer to their development goals....Which means that there are luxury hotels, a golf course, and lots of development.... 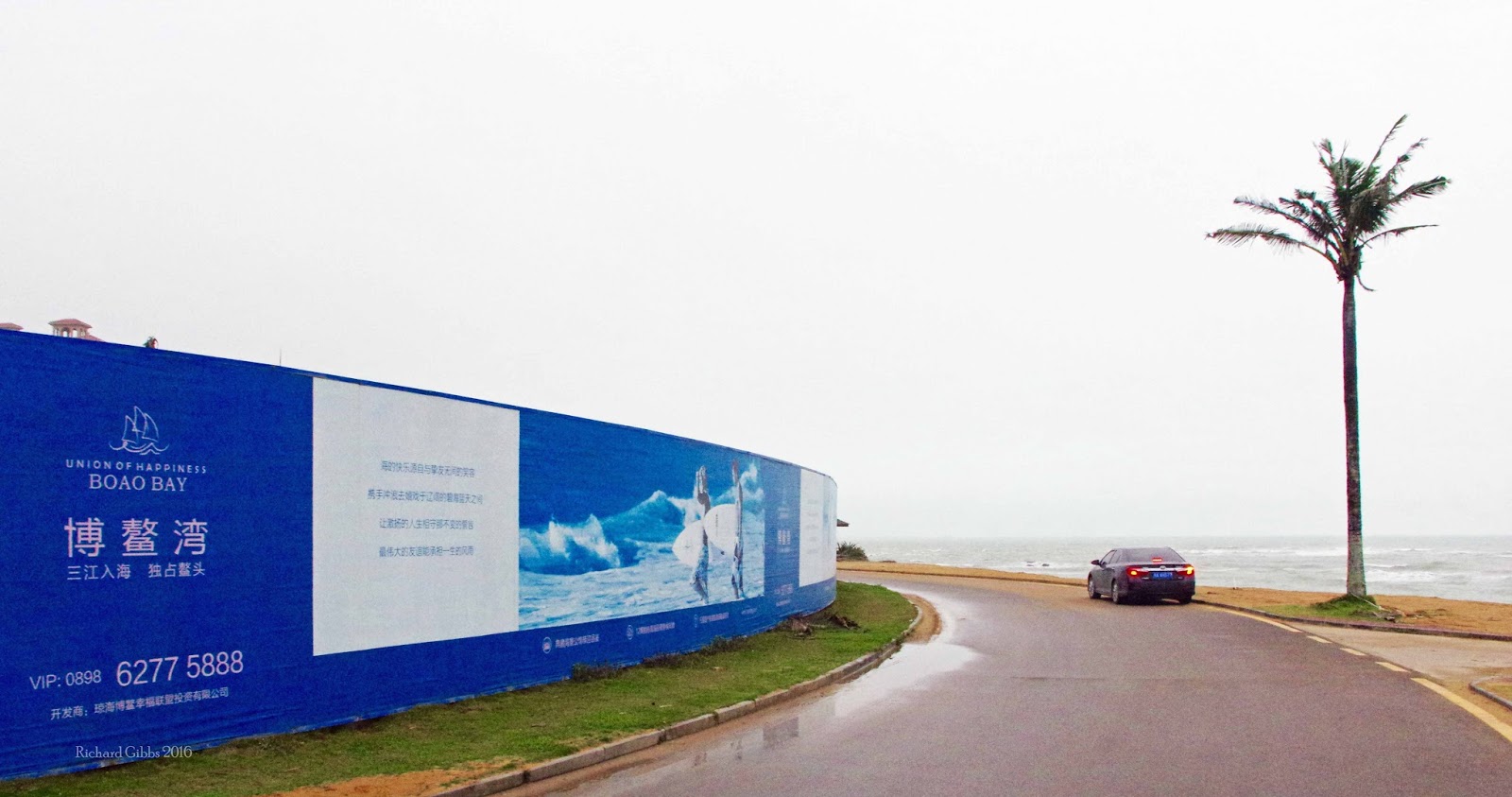 But it is attractive, and along the shore, under coconut palms, there are old wooden junks, some used by bars, and others just gently decaying, 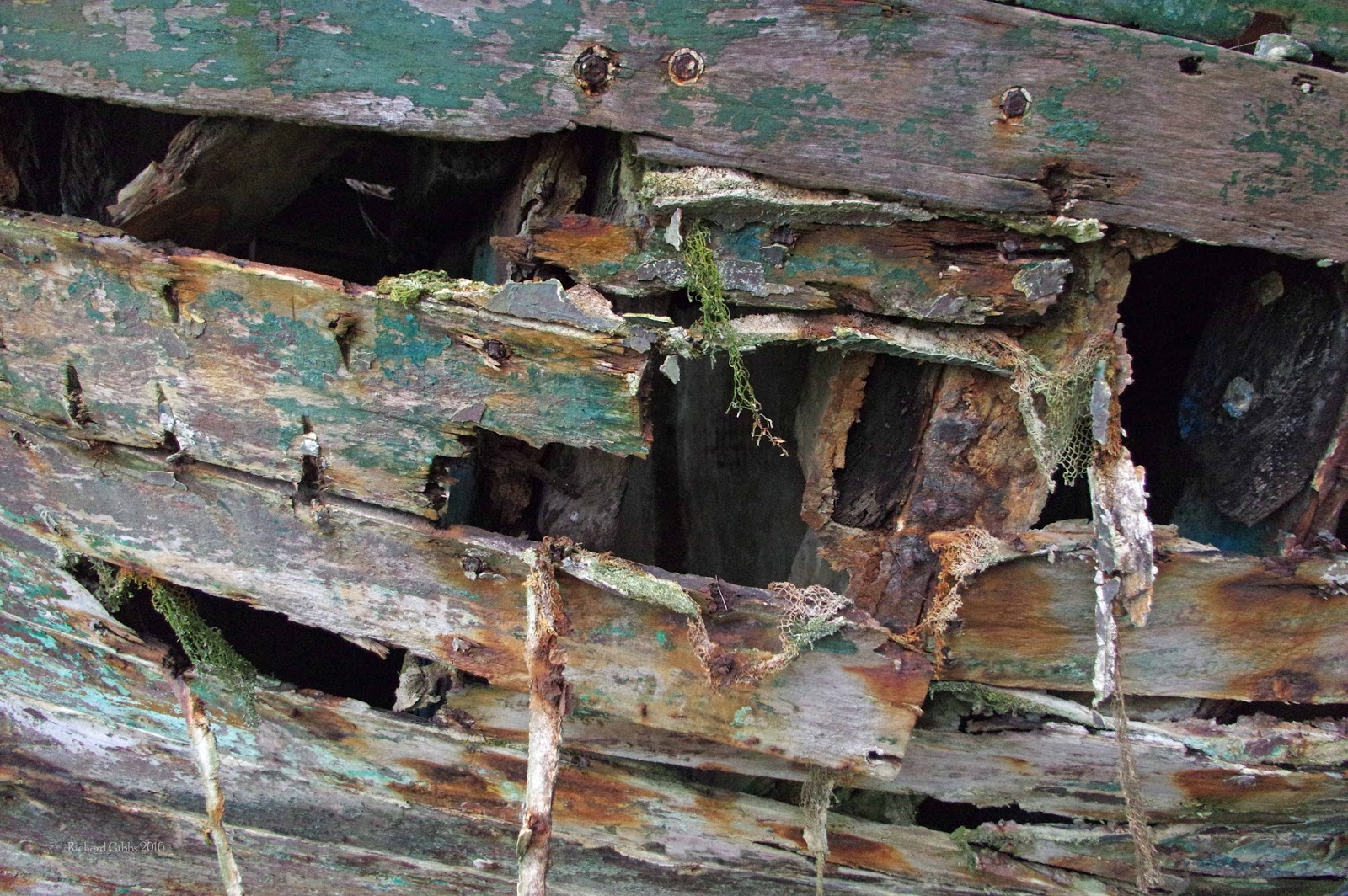 While stylish restaurants make the most of the beach as a backdrop. 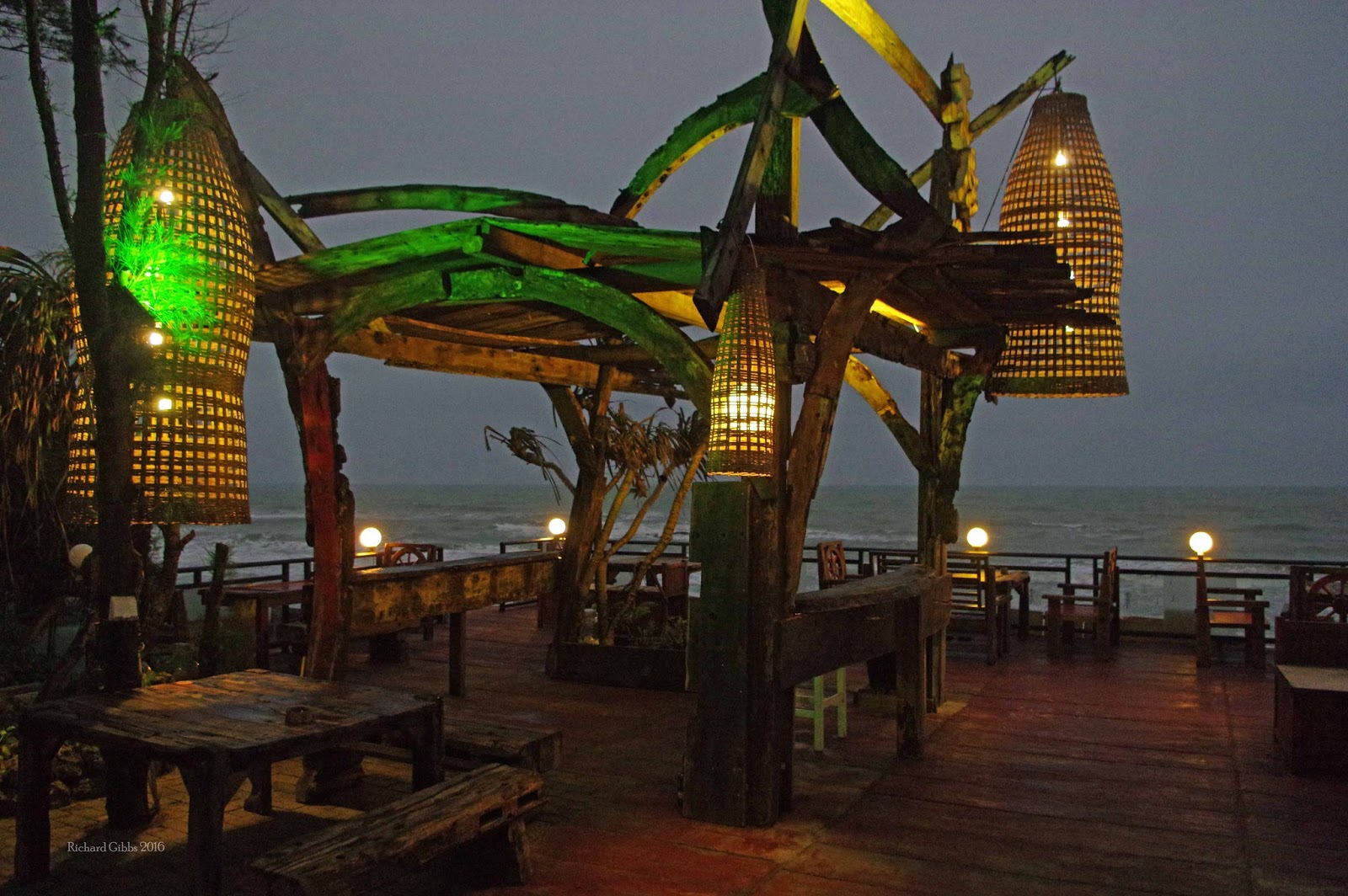 There is also a colourful temple, right on the sands, 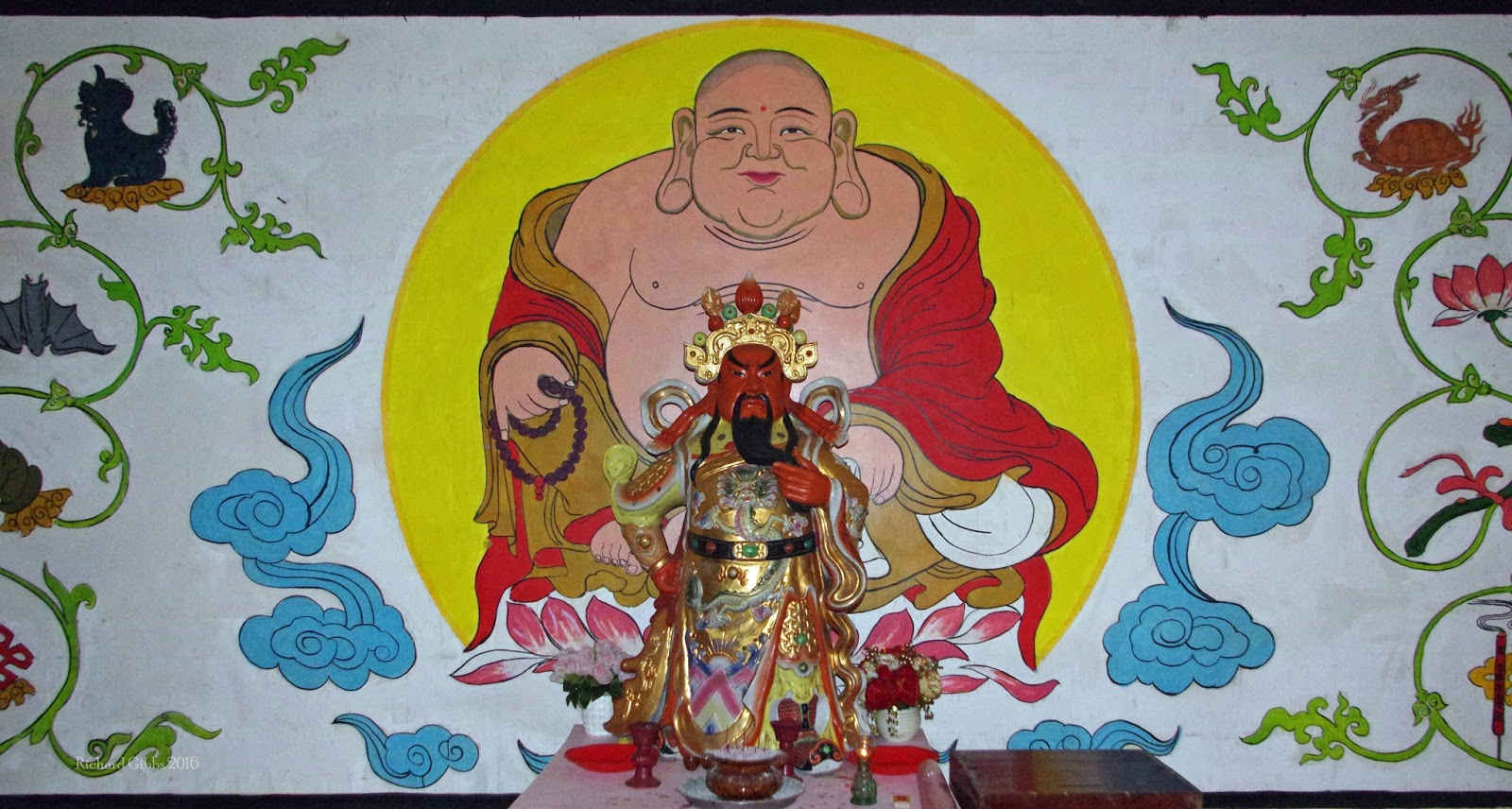 And signs of a more traditional way of life, 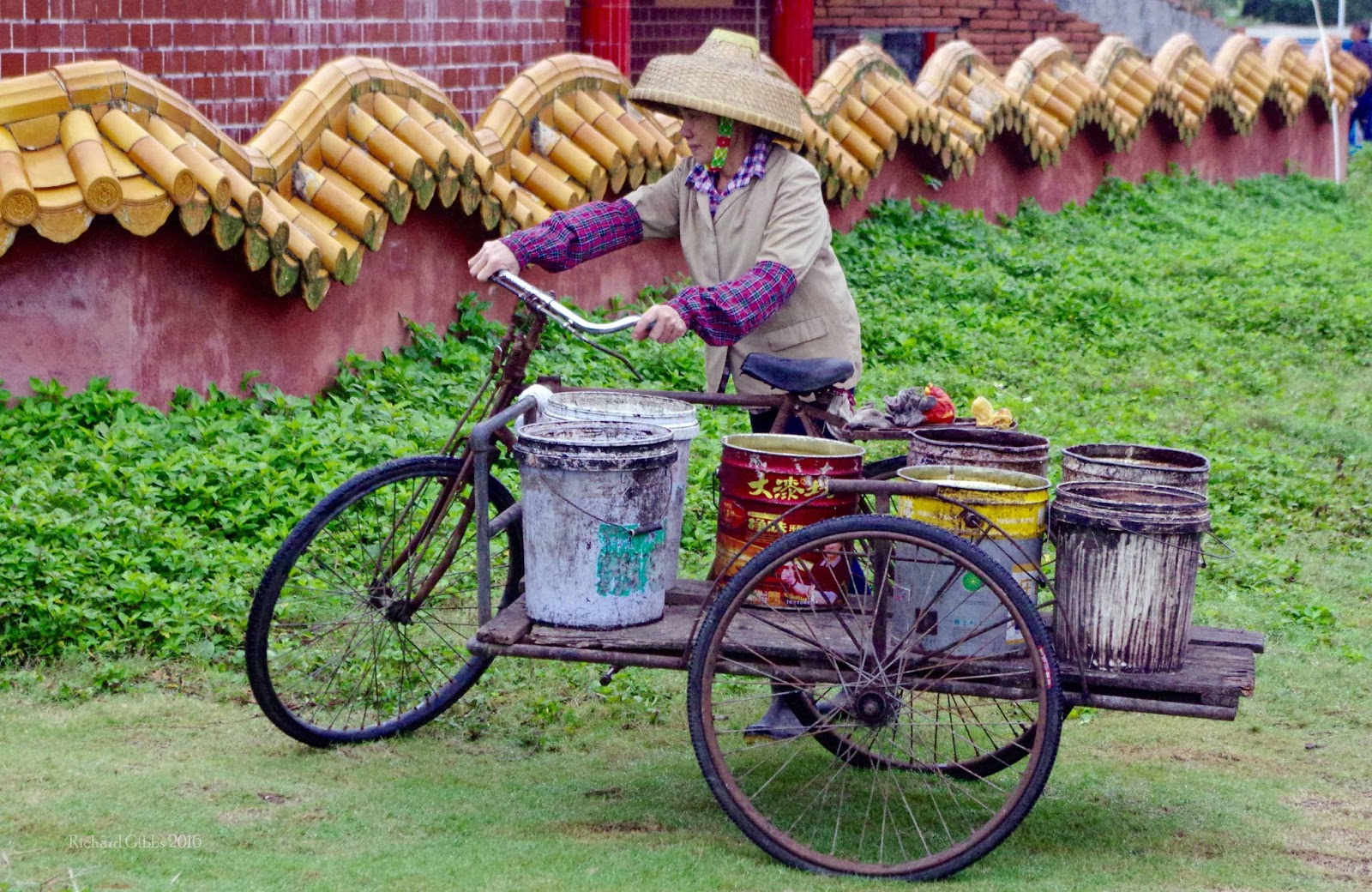 And of a more peaceful pace, 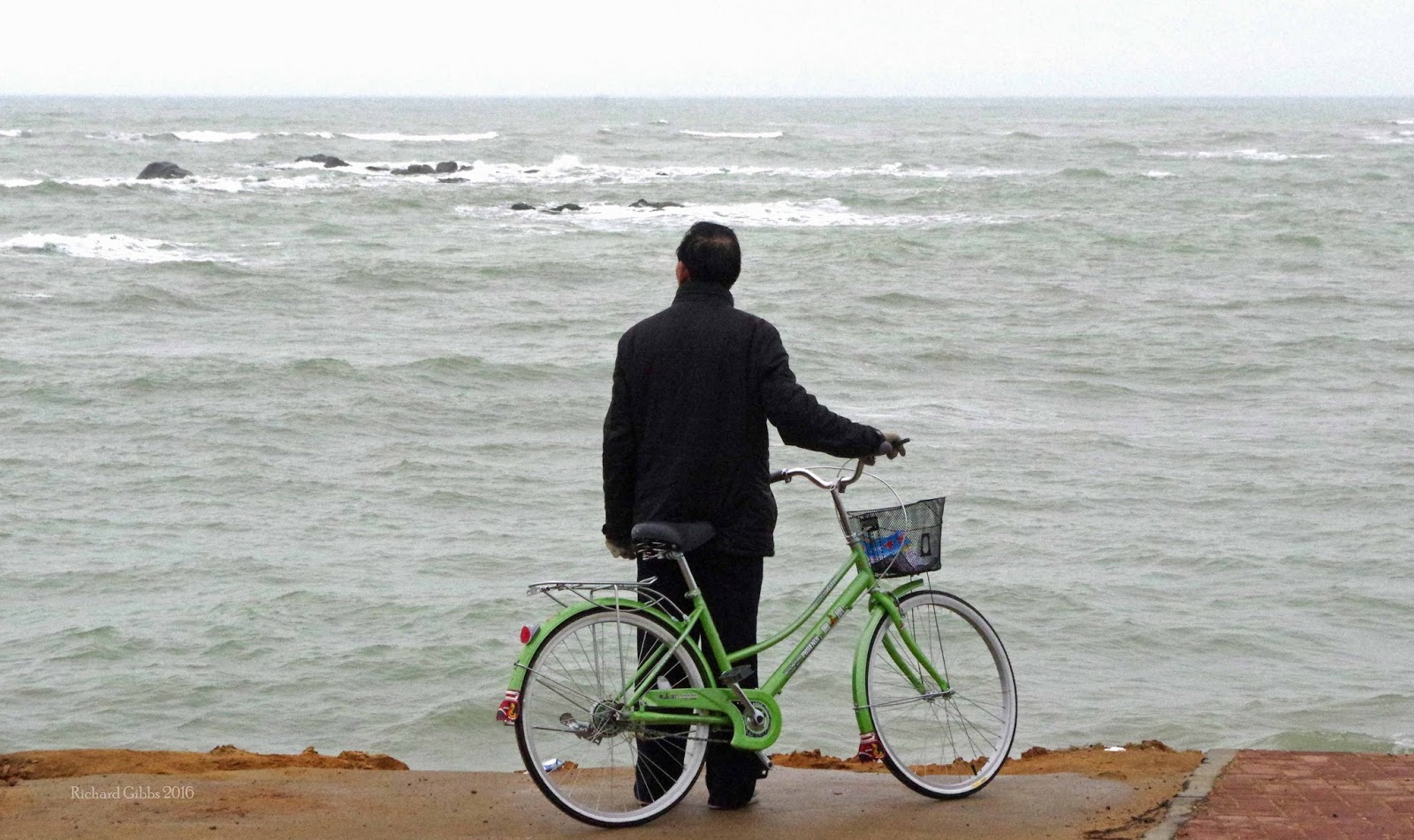 And touches of local colour. 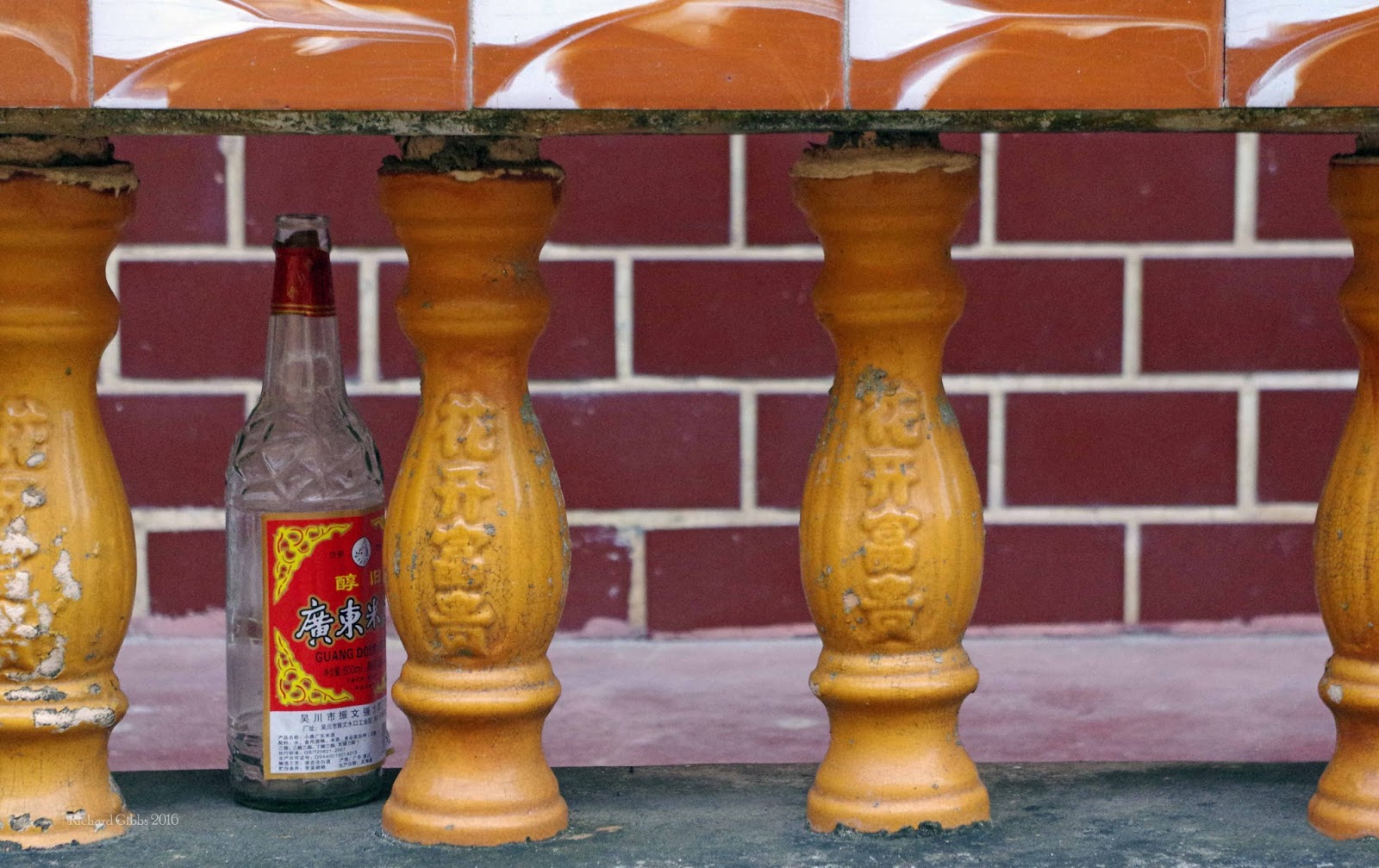 This is more, perhaps, what I had expected, and it is fun to browse in the open shops, 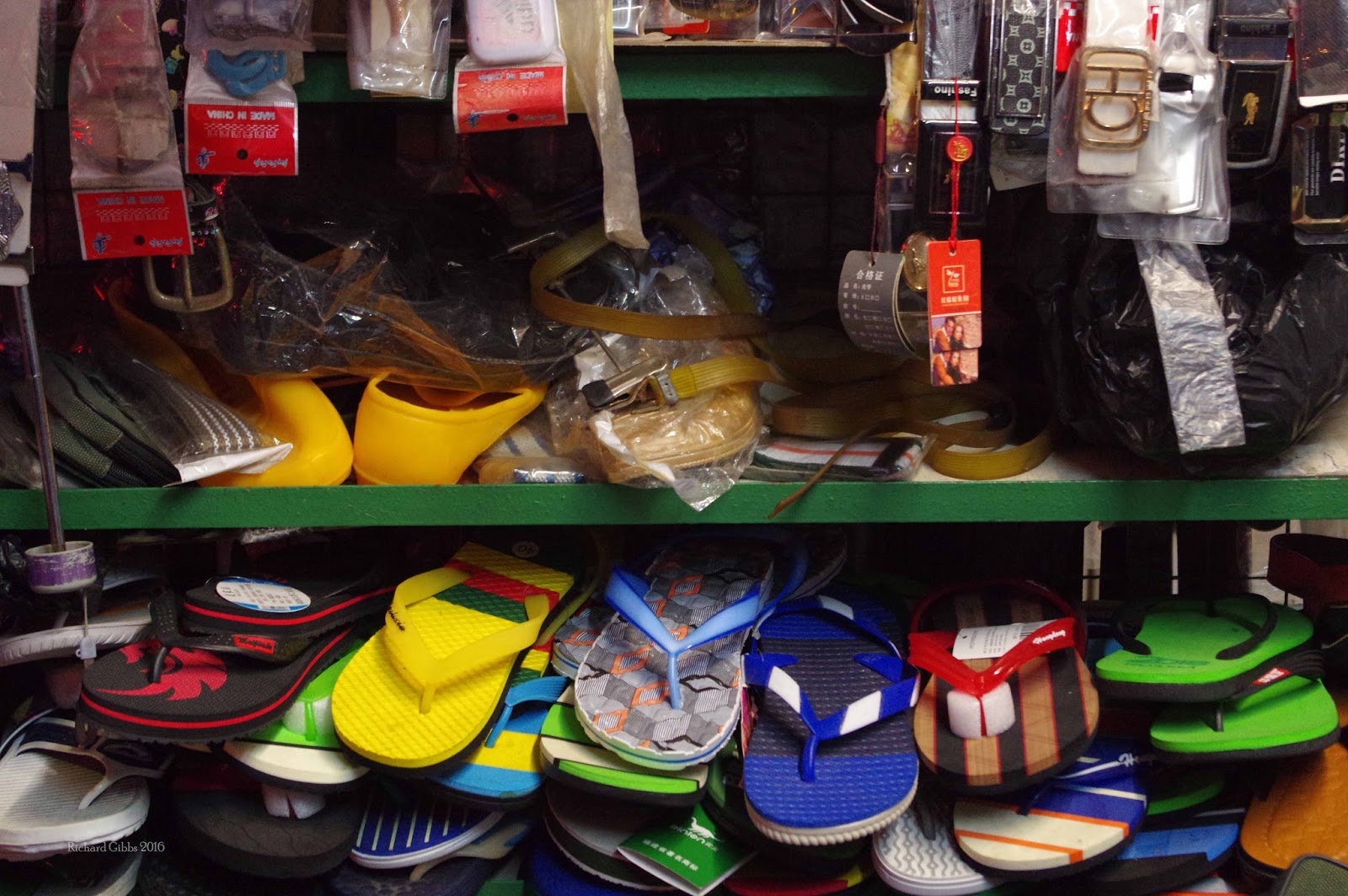 And to eat in the local way, with fresh seafood, pineapple, and light Chinese beer. 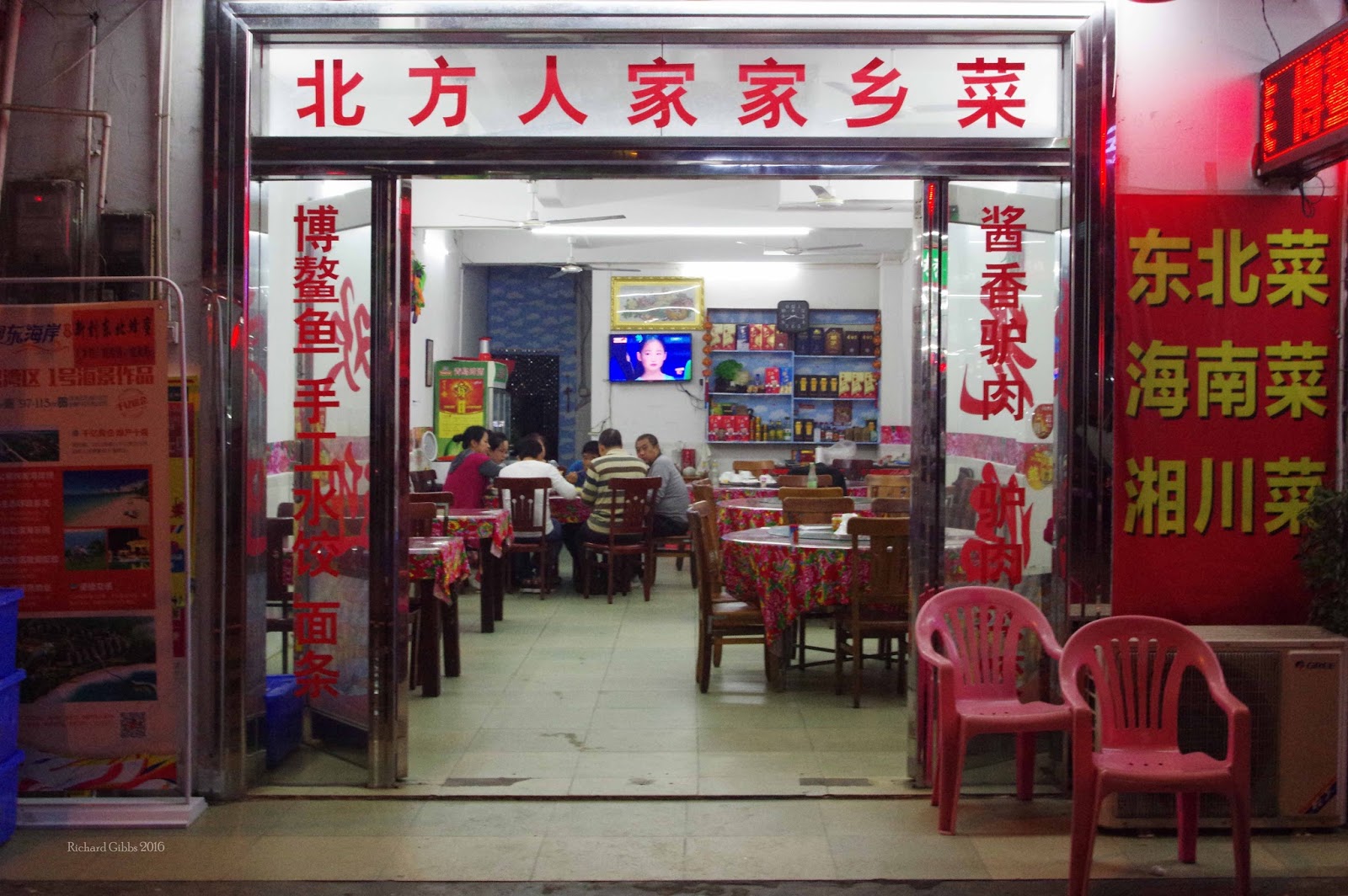 And I begin, perhaps, to understand a little, especially when, sitting at a pavement table late at night, with a small bottle of Baijiu, we get talking to Mr Kuet Ee Yoon, whose father was born here, but left in 1948, because of the difficulties caused by the last stages of the Chinese Civil War, when Hainan was heavily bombarded by Communist forces to rid it of residual Kuomintang fighters. Consequently Kuet was brought up in Singapore, but returns frequently to see his uncle who is a photographer here. 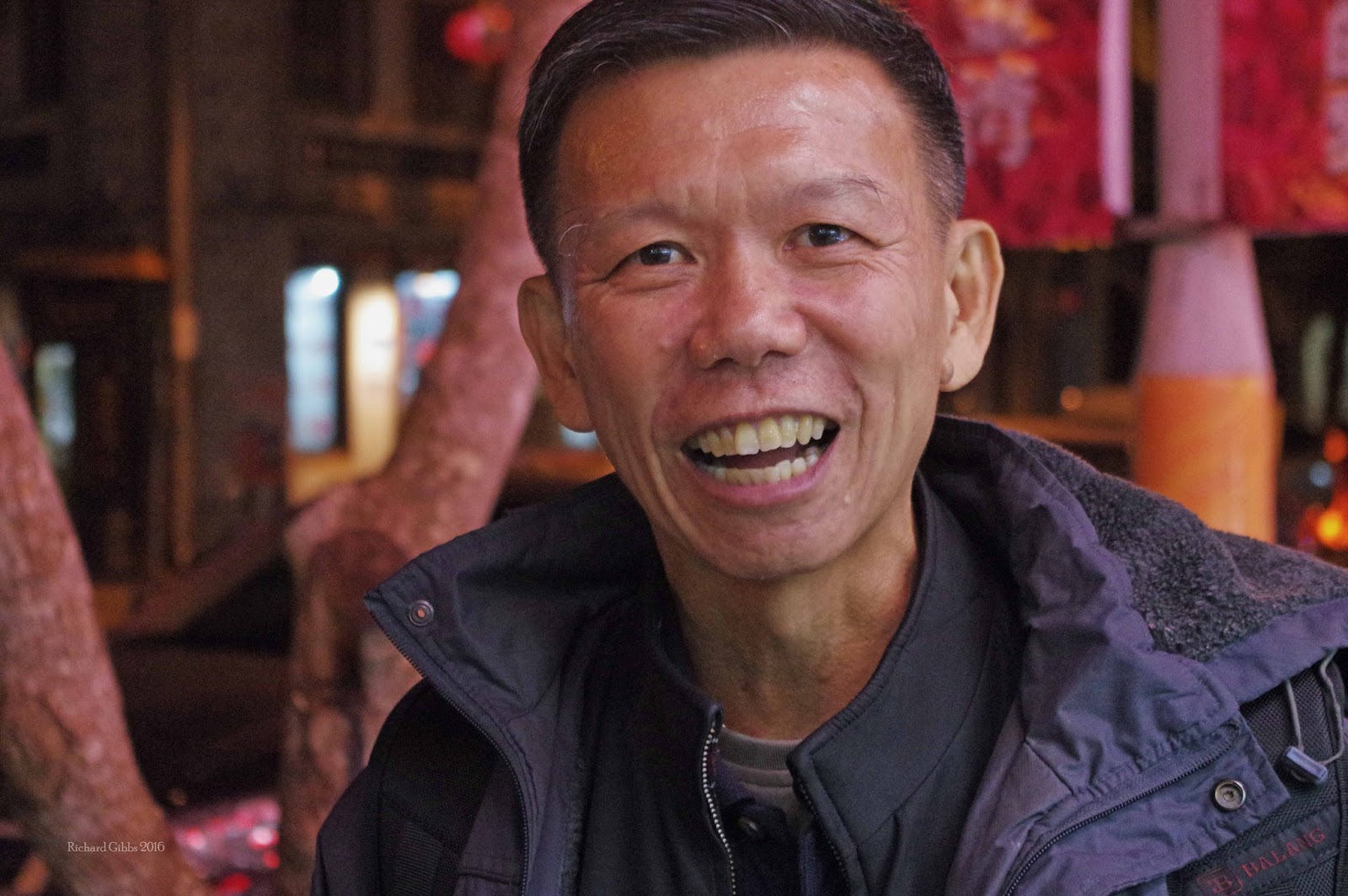 In the morning we take a three wheeler a few miles out into the jungle to see a remarkable remnant of those days, the Cai Mansion, also as known as the First Mansion of Hainan Oversees Chinese Town. The mansion was built in 1934 by Cai Jiasen, a successful businessman, who was born in Boao in 1886 and went to Indonesia when he was 15 years old, where he made a fortune in rubber.  Unfortunately the family had to abandon the palatial buildings only a few years later, due to the Japanese invasion of the island.  Subsequently it became a refuge for guerilla fighters, and now stands rather forlornly awaiting developments around it which will, no doubt, strip it of some of its melancholy.... 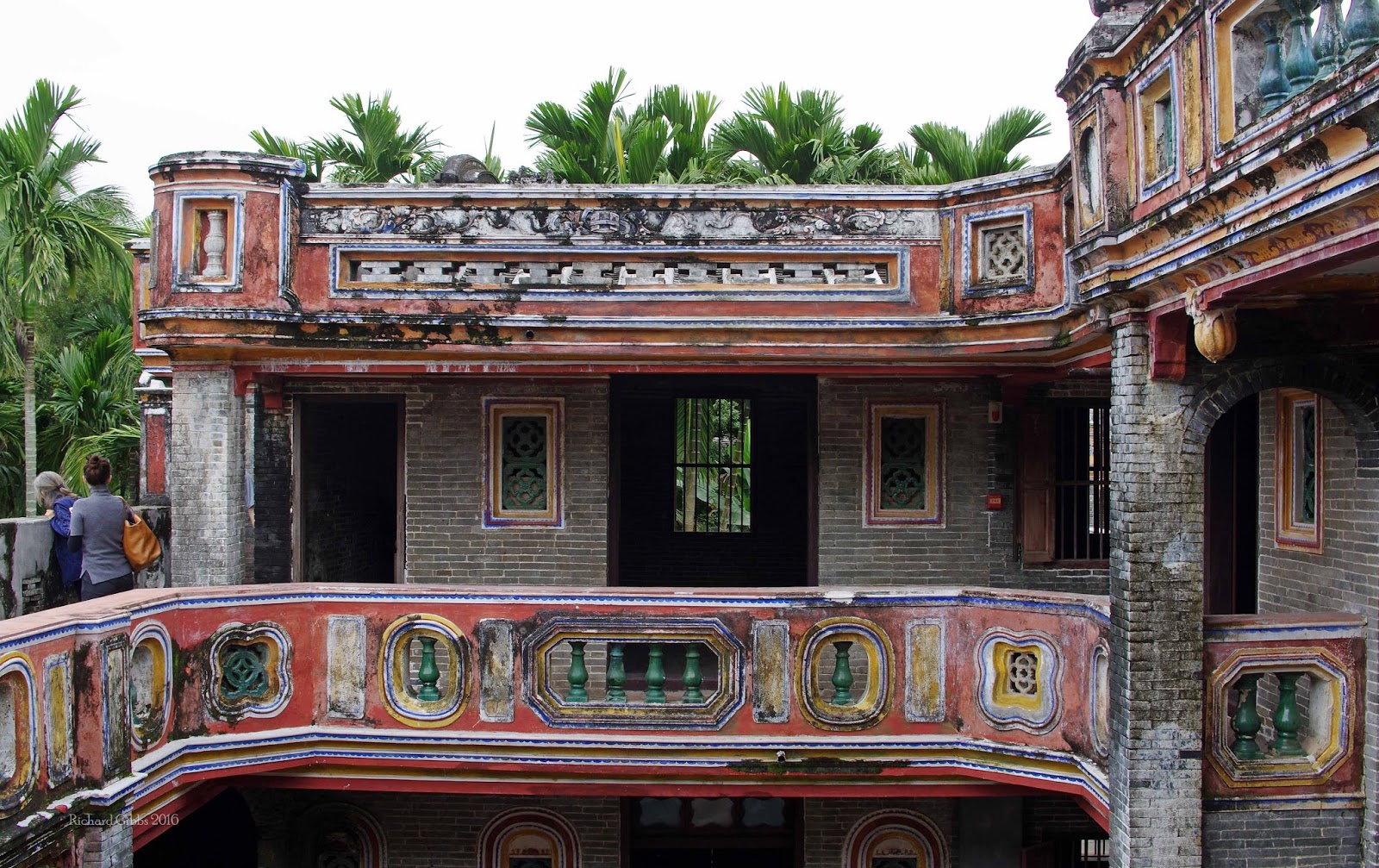 We return to Haikou, surviving a hair-raising blow-out of one of our taxi's tyres on the way, and spend a few more days preparing for the next stage of our trip.... 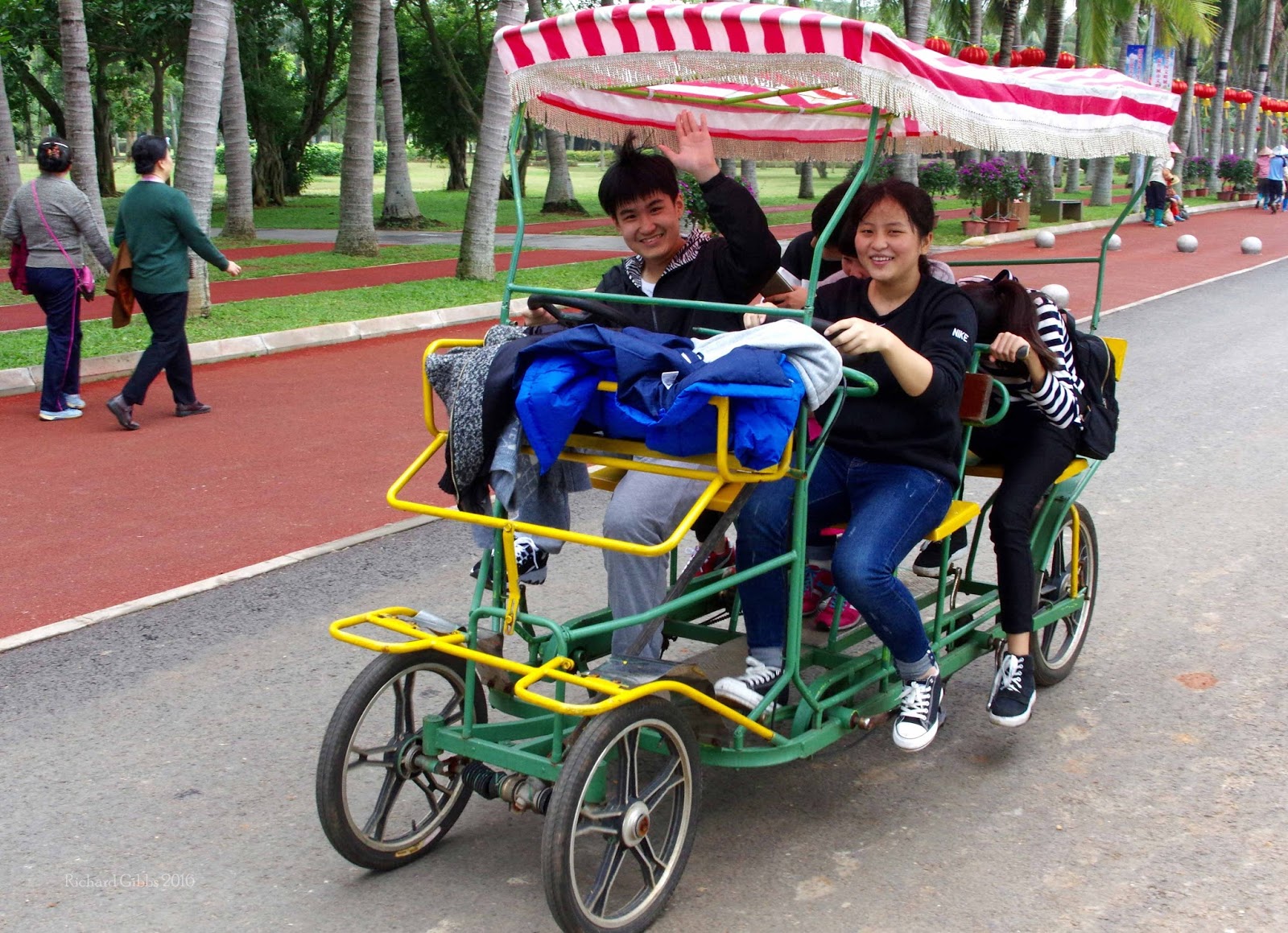 Reflecting on what we had expected, and on our first impressions of what we have experienced, and reading Yu Hua, Stories of the Hidden China. 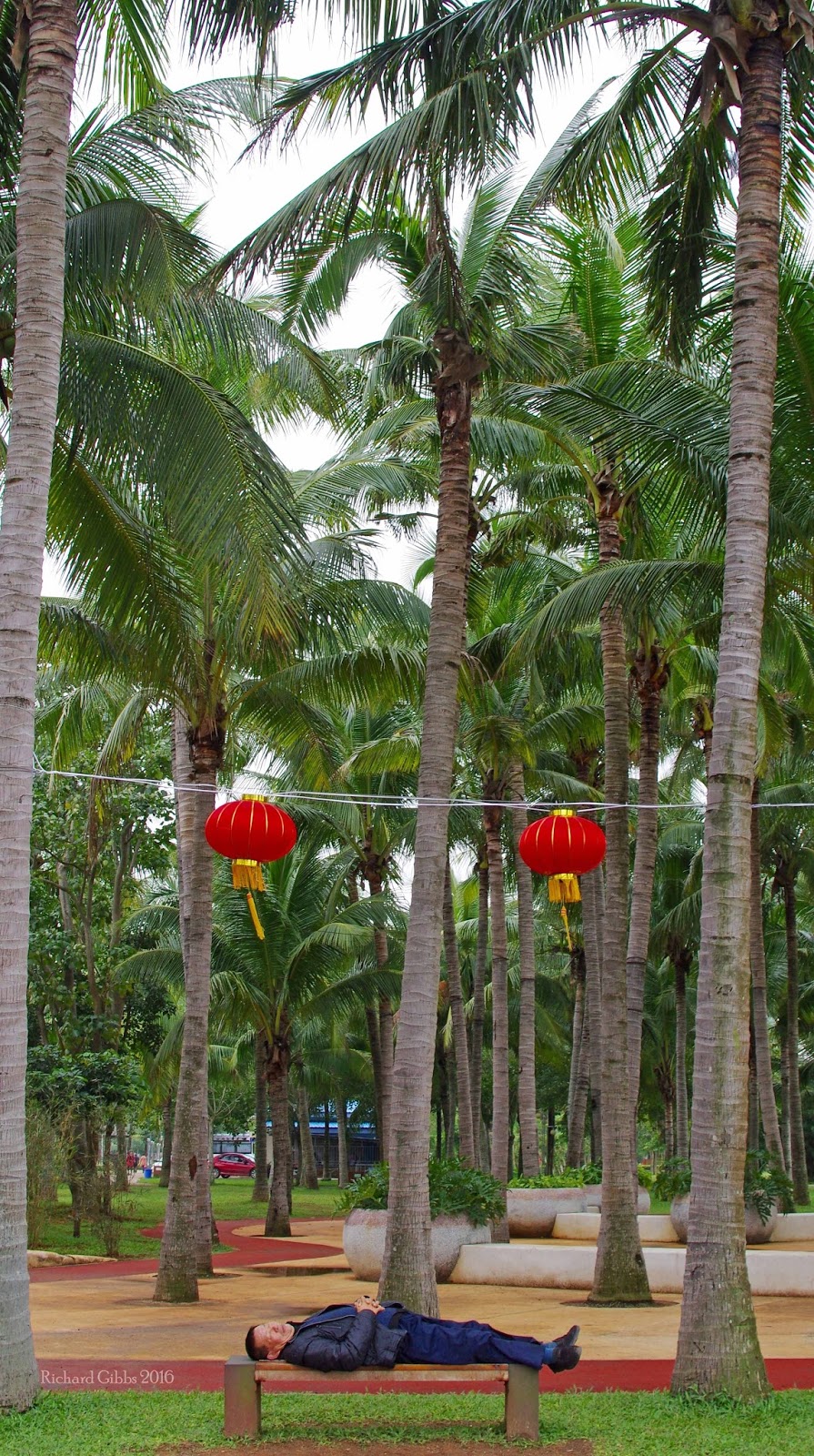 Although it has been quite a culture shock, we are now really looking forward to seeing something else in this fascinating world, including the spectacular scenery of Guanxi Province..... 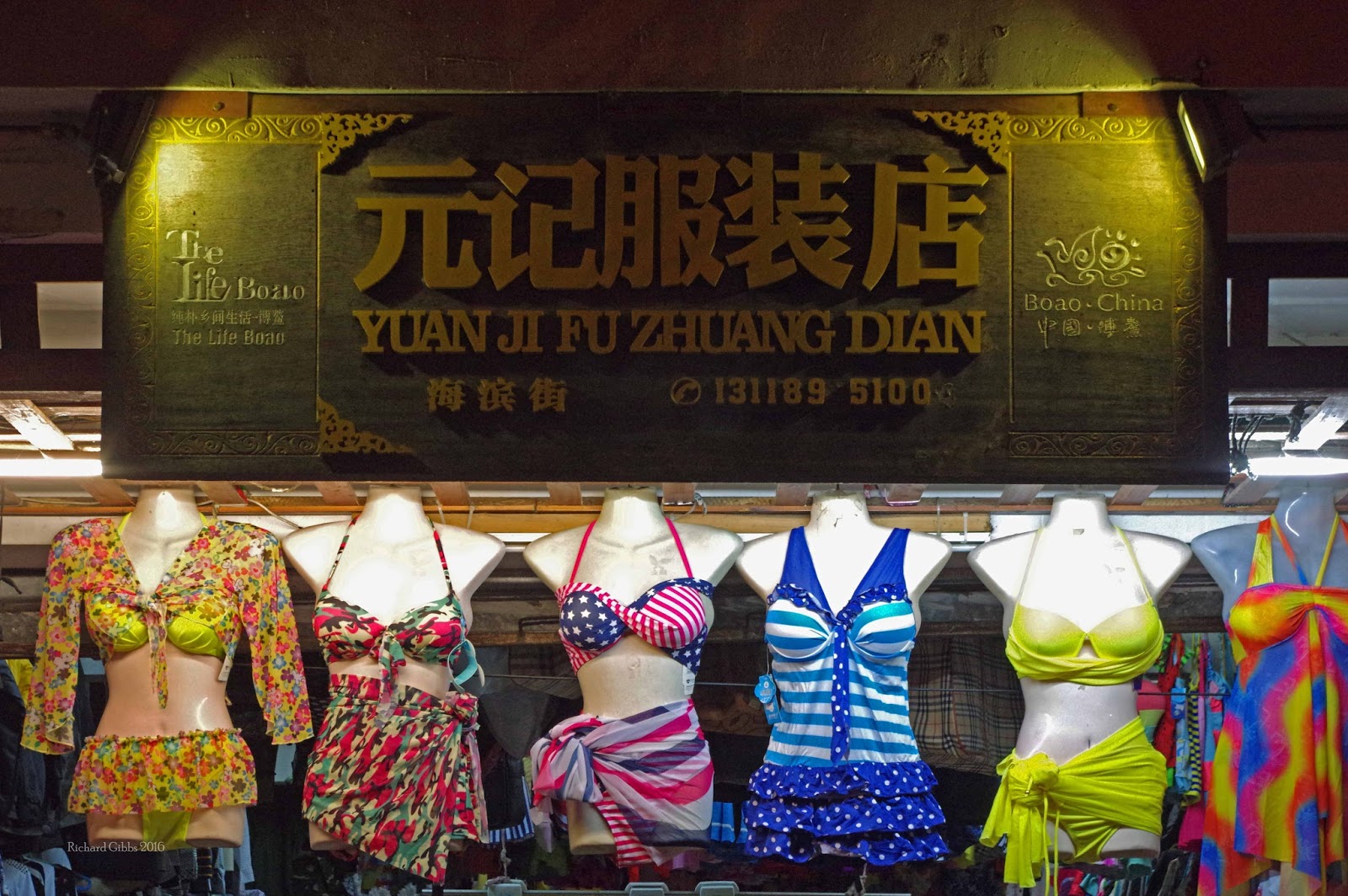