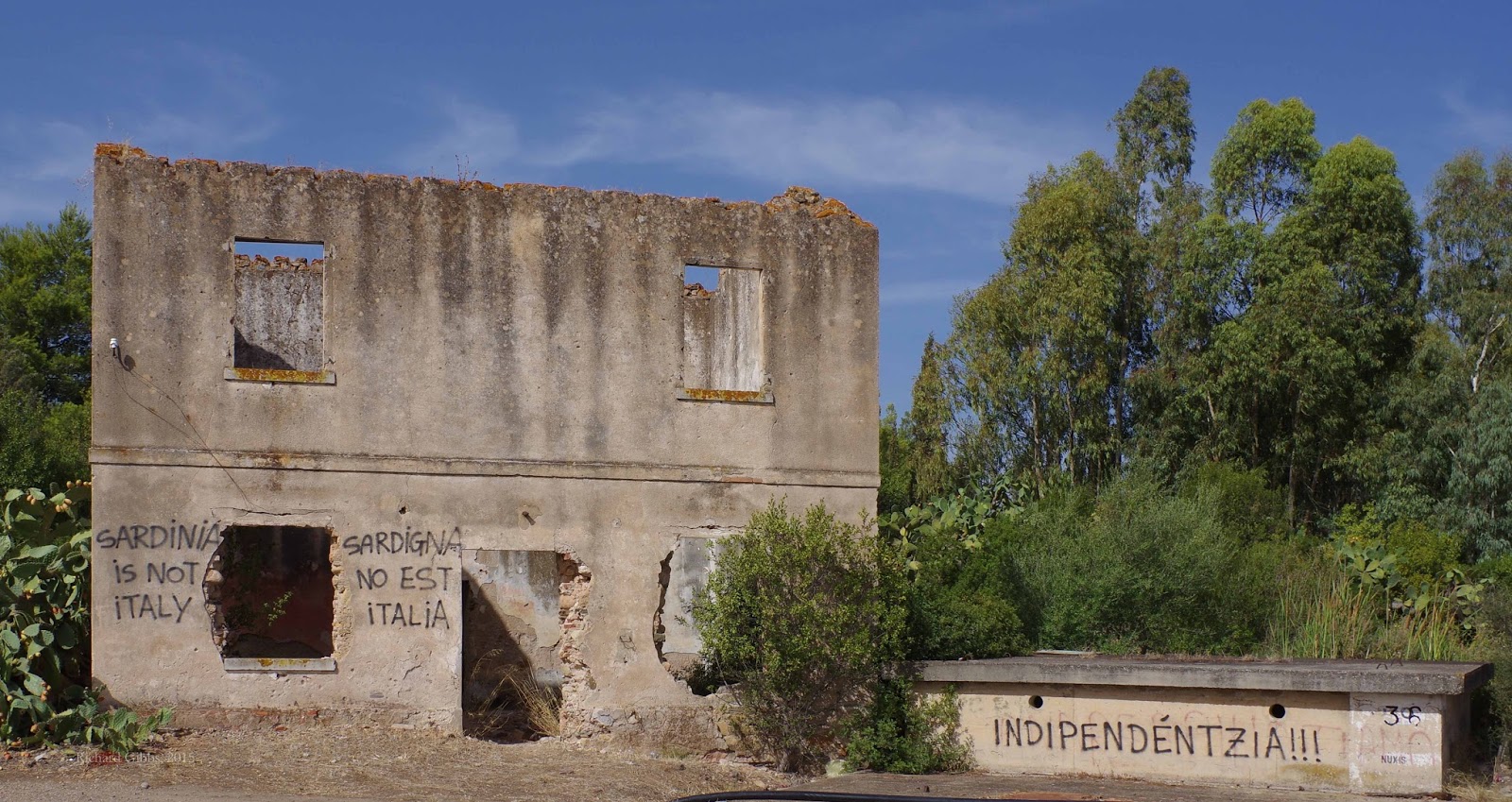 Hard to believe it is over 26 years since we set feet on .  A lot has changed.

We no longer have a Renault 4, for example, but hire a Renault Megane III Kombi, 1.5 DCI, which manages to do 1,000 kms in a week without the slightest effort, the downside being that we hardly needed 6th gear as we weren’t in a hurry (and, to be fair, most of the roads have bends in them….)

It’s also a fact that the statistics on kidnapping have changed.  The phenomena of banditry and kidnapping are pretty much history now, though drug crime and robbing ATMs with bulldozers are not unheard of…. 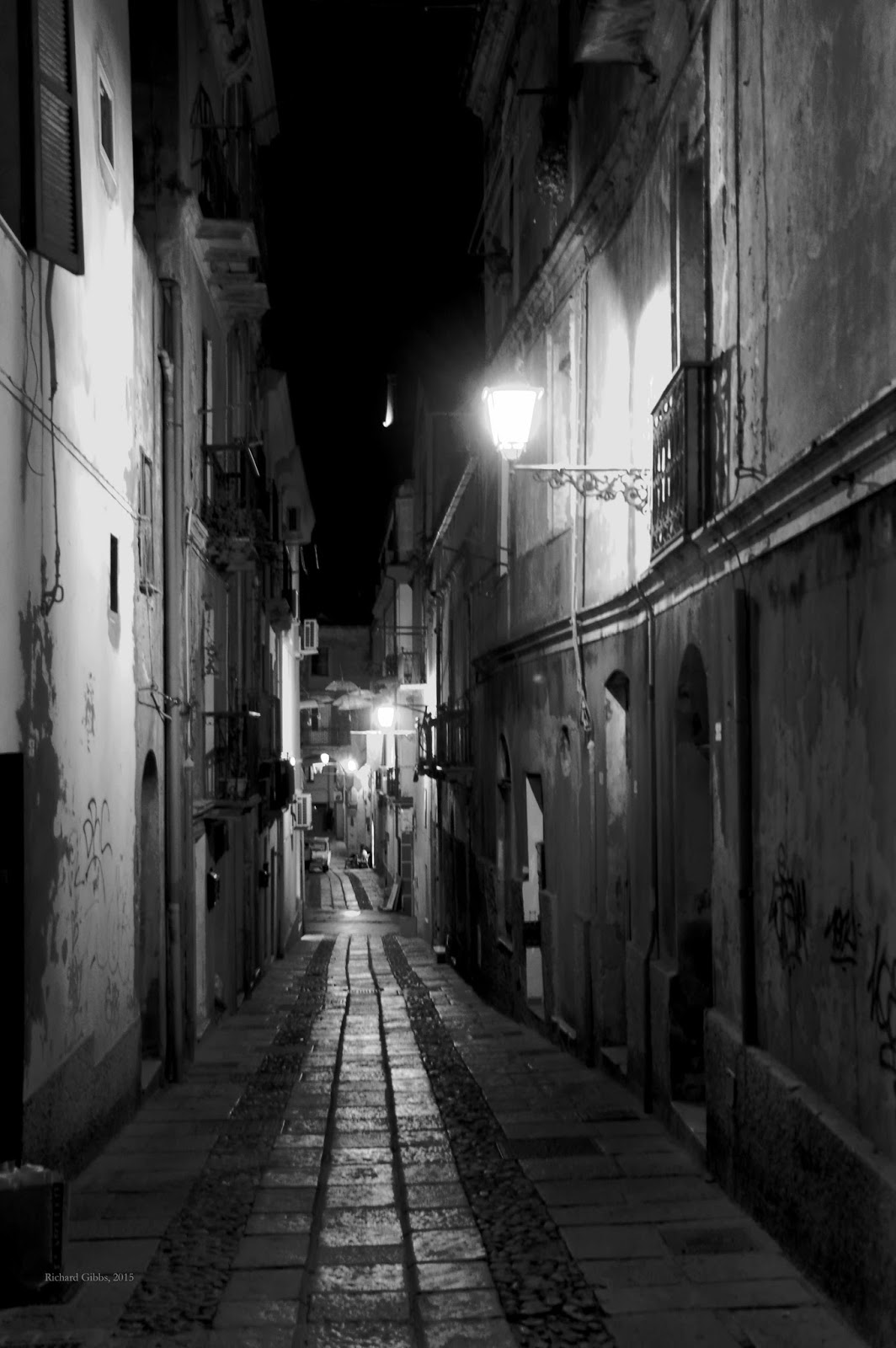 So, anyway, after more than a quarter of a century, older, wiser (?) and in need of sunshine and sea, we take flight from grey Inghilterra, to swoop down across Cagliari and power over to Il Sulcis Iglesiente, the southwest of Sardinia. 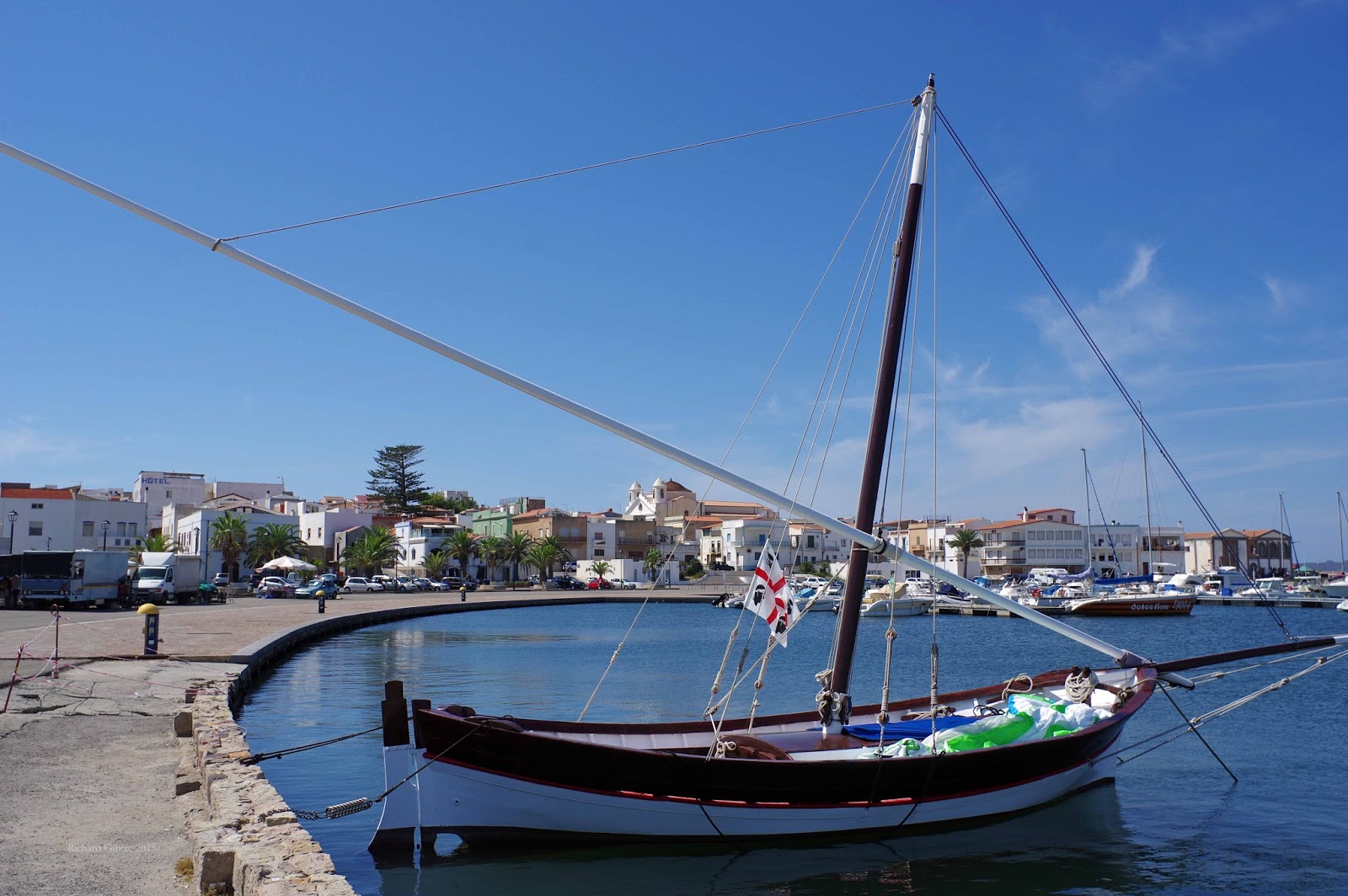 Before we go any further.  is English. Sardegna is Italian. Sardìgna, (or Sardìnni, Sardhigna, or even  Saldigna) are regional variations, the way the Sardi (from which we get the word sardonic, by the way) spell the name of the autonomous region, the second largest island in the . The Sardi speak Sardinian (Sardu) which is a distinct language, and not an Italian dialect, but there are also Sassurese, Gallurese, Algherese and Tabarchino, which is a form of Ligurian….  Confused?  Read on….. 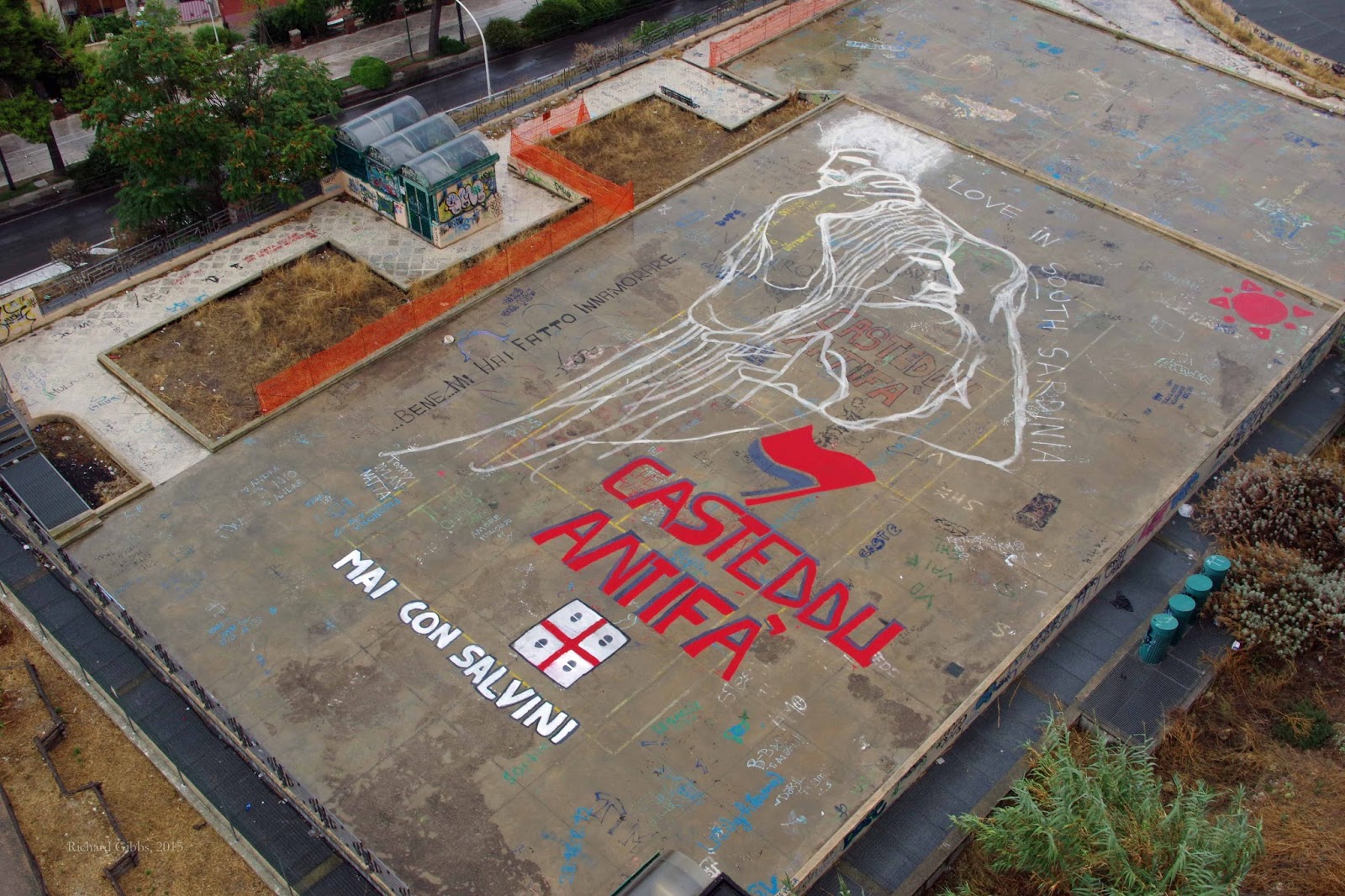 has never really been conquered. There are traces of civilisation, in over 7,000 remaining Nuraghi (characteristic stone turret like buildings), that go back to 1800 BC, but also the Phoenicians, Carthaginians, Romans, Vandals, Pisans, Genoese, Aragonese, Austrians and the Savoyards (et alios) have all attempted to rule.

But you only have to fly over it once – let alone try and drive across it - to realise how indomitable it would be.

So, anyway, we come back, and stay in P. Literally.  Agriturismo il Paradiso, in the middle of nowhere (but not far from Iglesias) was our home for the stay….. and it was lovely in many ways, though I can’t help remembering Peter Cook’s expression when he and Dudley Moore found themselves in Heaven.  Is this Heaven? Pete asked, clutching a harp and wandering amongst fluffy white clouds. Bloody Hell! 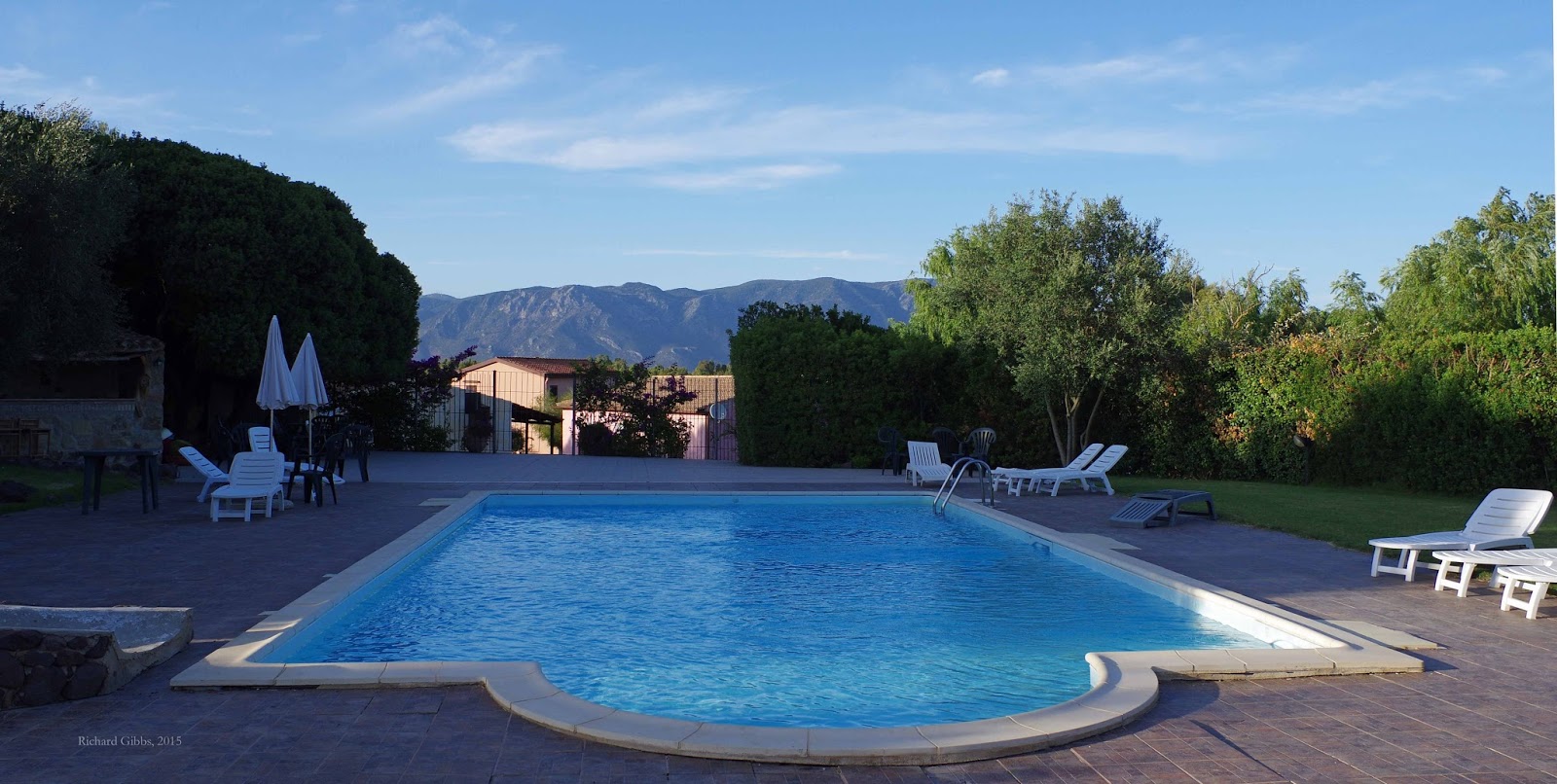 Yes, like so many idyllic places,  is full of paradoxes. 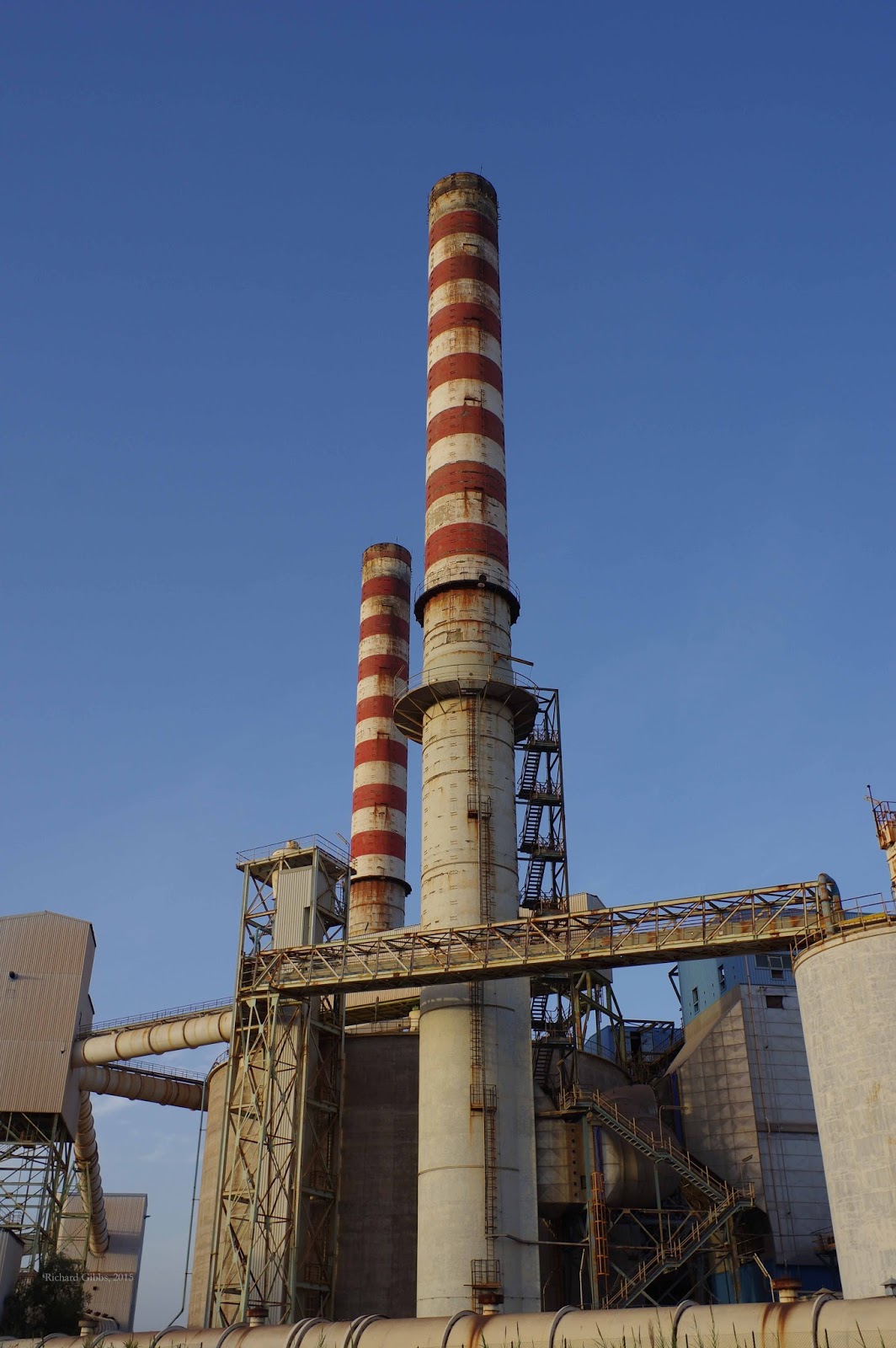 I’ll tell you a story.  To get to the beautiful , you can take the ferry from Portovesme.  Portovesme has vast industrial developments, including a huge non-ferrous metallurgical smelter owned by Alcoa. 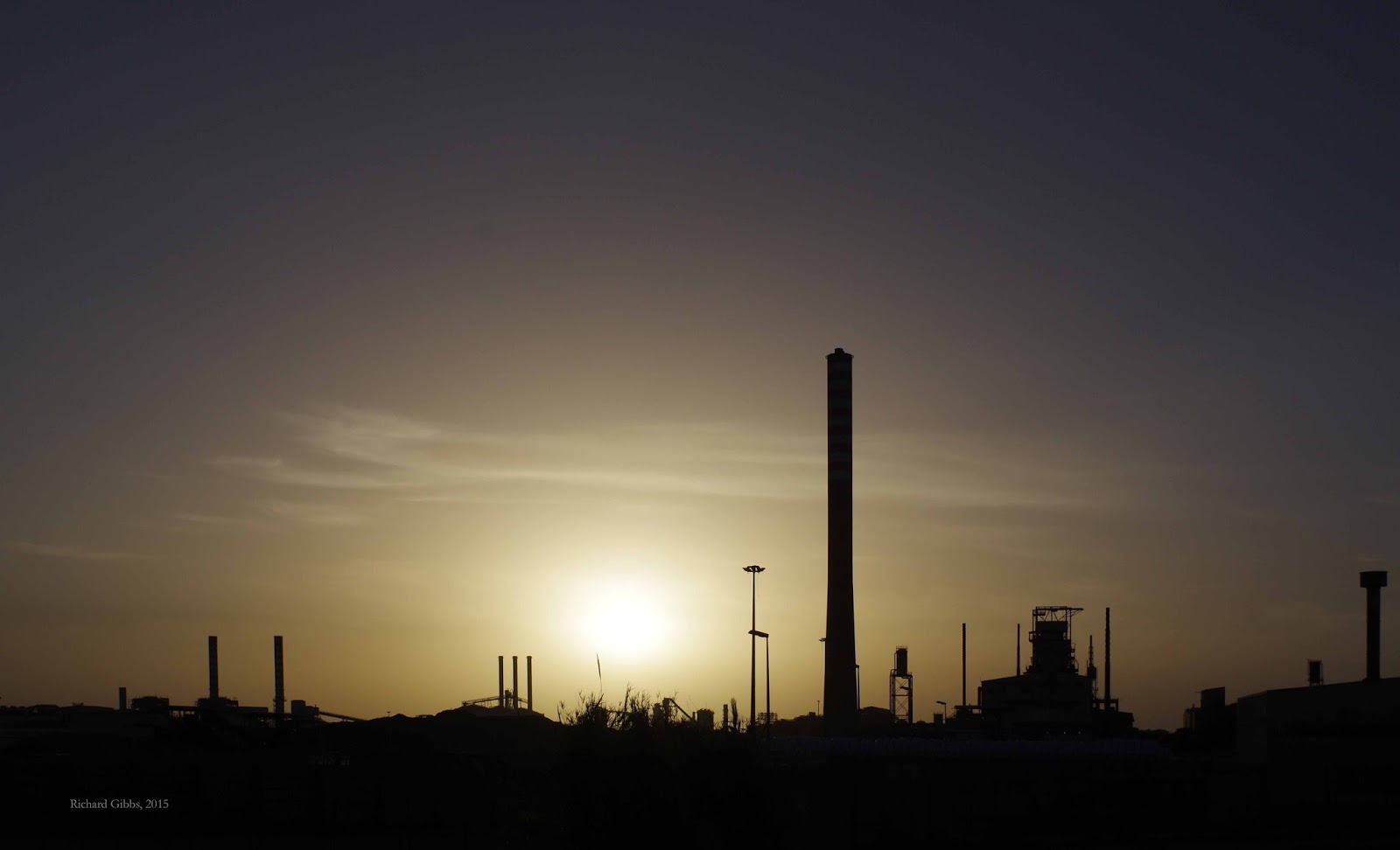 Operations here were curtailed in 2012, though the site is surrounded by a huge wind farm and other industrial plants, including the Sulcis Powerplant and the Glencore Zinc producer, Portovesme s.r.l.  So you board the ferry surrounded by one of the most industrial landscapes this side of Chernobyl, but then disembark less than an hour later in the charming Spanish Colonial port of Carloforte, where flamingos feed in the saline ponds, and majestic palm trees shade the esplanade. 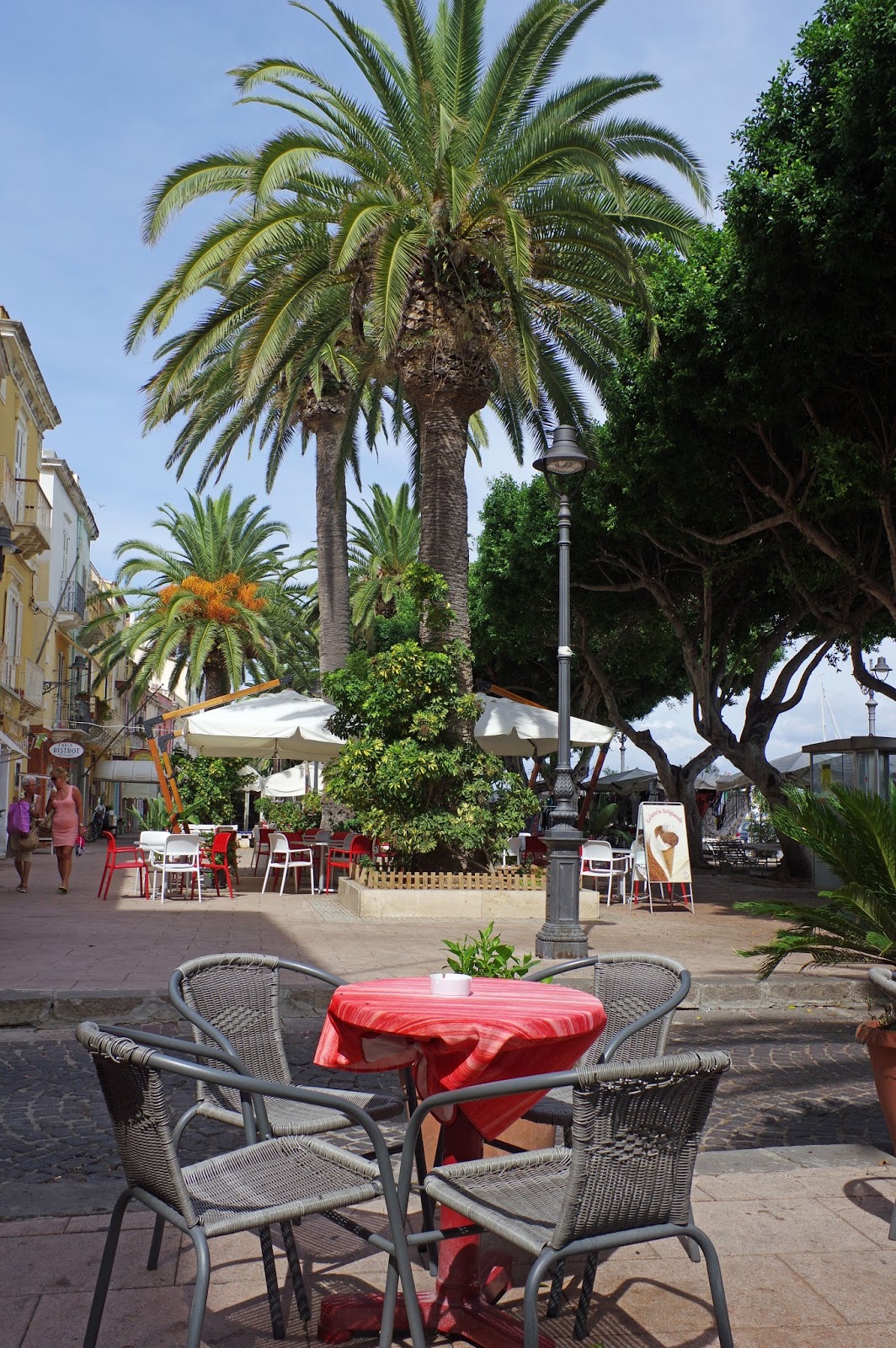 Nothing much happens on the .  In 1798, Horatio Nelson put in with three warships to repair.  In 1998, only two centuries later, the council put up a plaque on the church wall to commemorate this fact….. 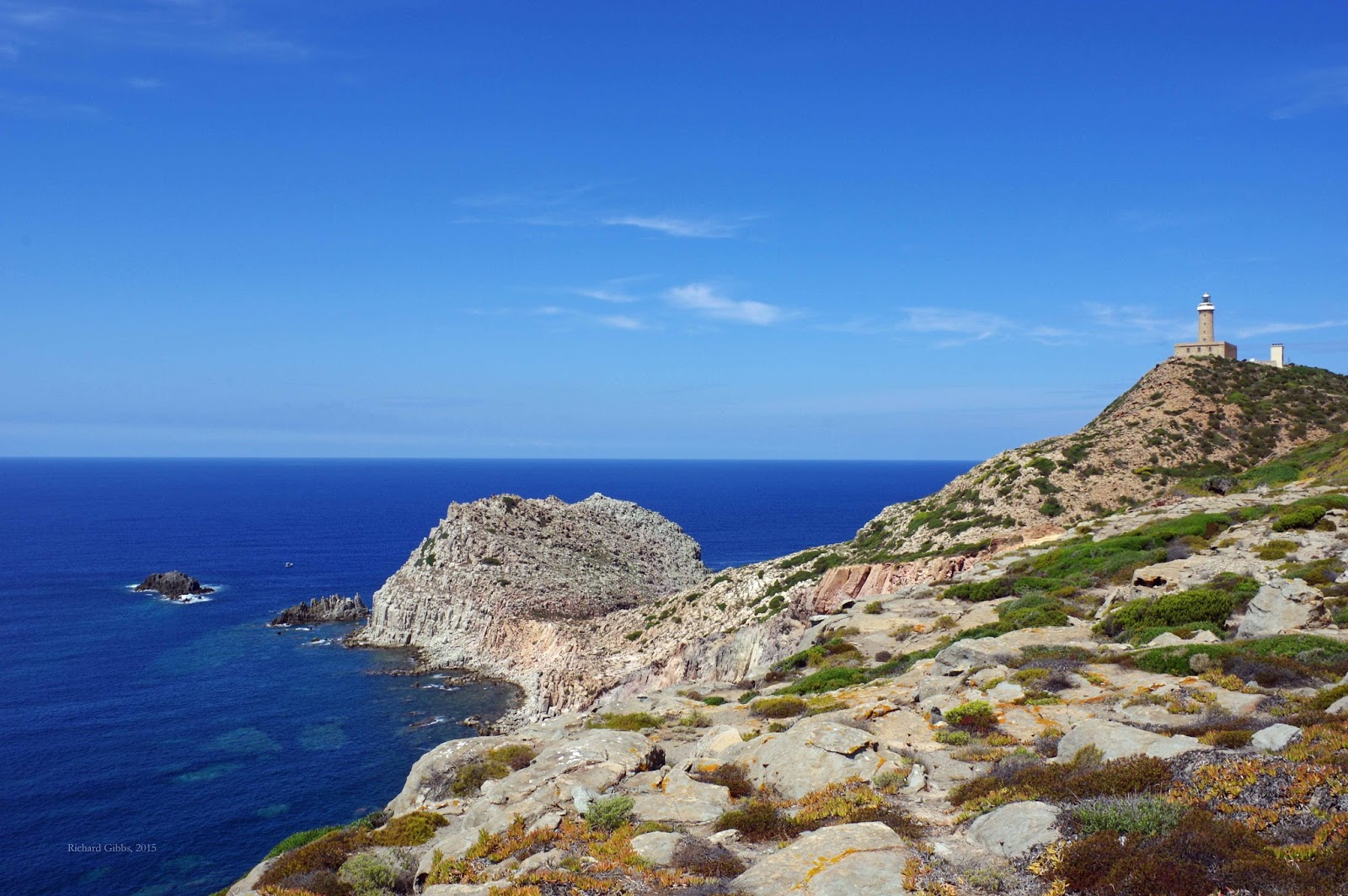 Really, nothing much happens here.  A friend of mine, Michele Bergstrom, landed on the island in 1987, with his wife, and their horses.  They had inherited a parcel of land and wanted to set up a trekking business, to provide a tourist resource.  A permit, to build the first stable, came quickly, and they little thought that progress would be difficult. 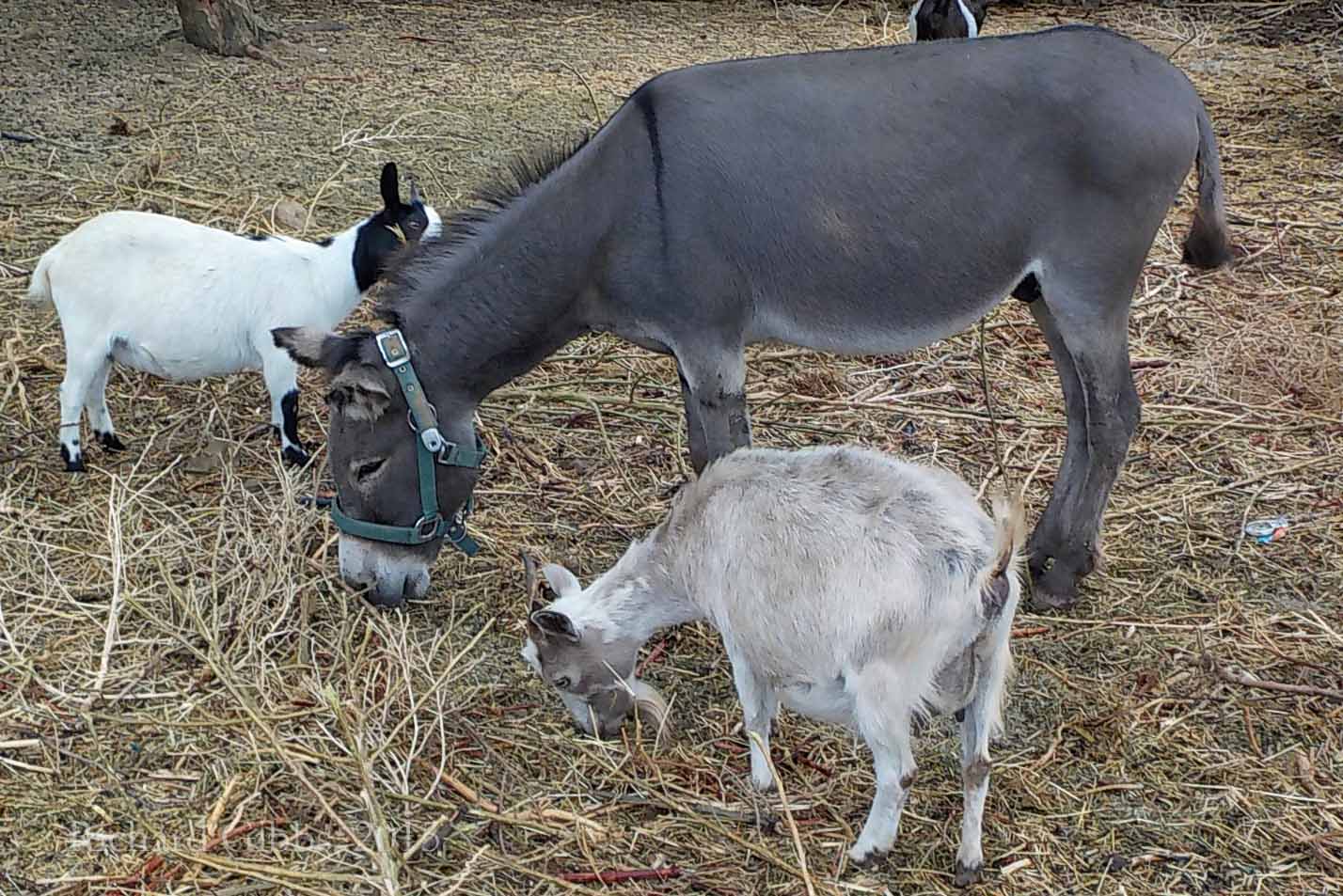 Both were experienced guides and participated in trekking events on horseback. Their first contacts were made with other riding schools in the region, and the idea to have a regional trekking competition throughout was seen very positively. Furthermore, people from , who had summer houses in Carloforte, were riders, and were enthusiastic about the project.  They toured the island to find the best tracks to link sites of interest and started to schedule the clearing of forgotten trails and  places to water the horses. 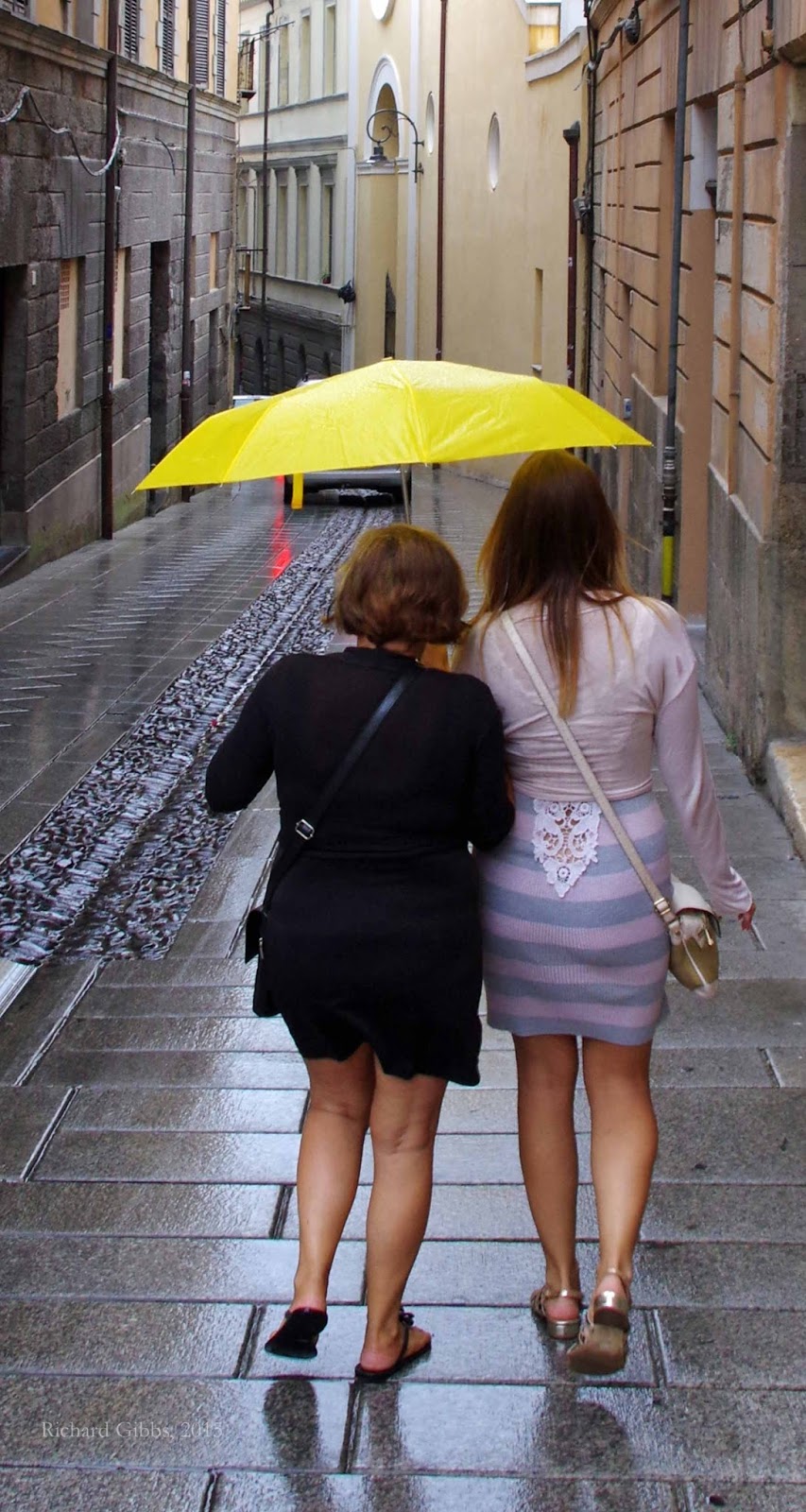 The municipality was kept informed of their ideas, but the first problem came when they were told that their structure needed a permit to be a riding school, which was not true, as it was not a riding school. Then, they were told that their project needed to be on sports ground and not agricultural land, because they had a ménage. Michele explained that before taking someone out on a tour, he needed to see if they were capable of riding. 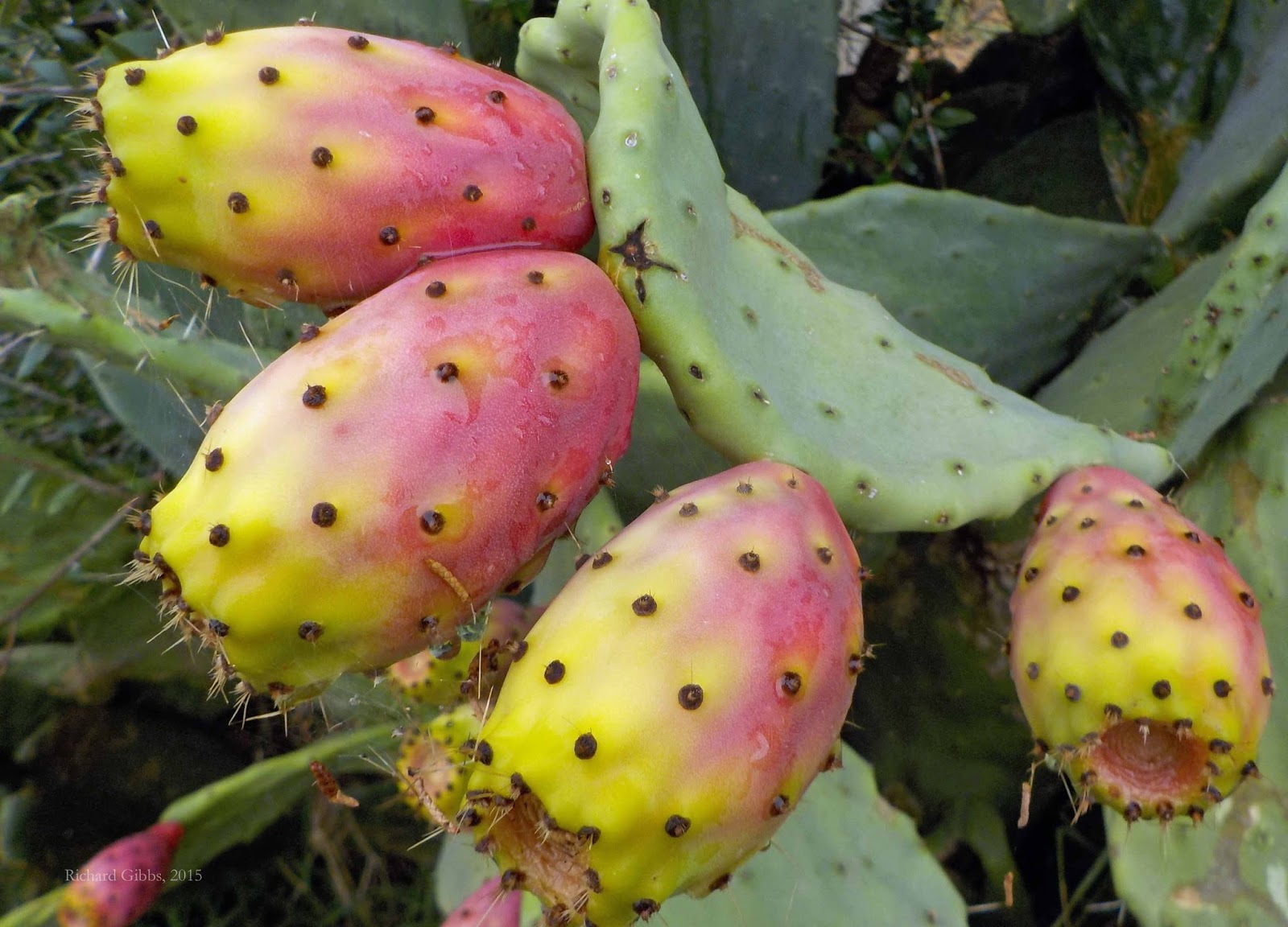 Then the Region got involved, and they thought there might be light at the end of the tunnel, but the person who took the case had previously worked at the Carloforte municipality....... 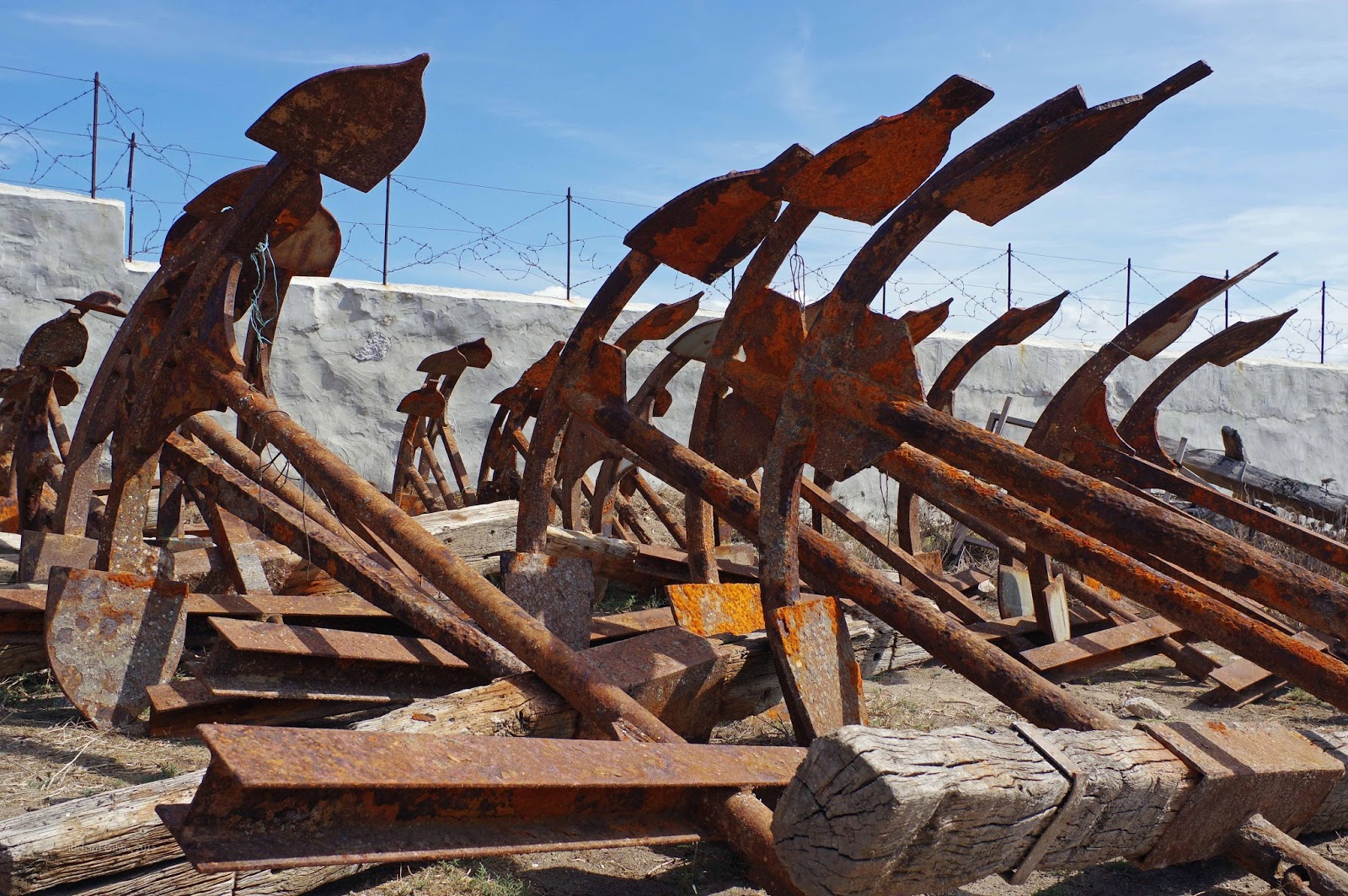 At the time the islanders were very closed. Tourism was undeveloped and foreigners (i.e. people not native to the island) were not welcome, so, after seven years of struggle with authority to establish a well-run resource, Michele eventually gave up his dream. 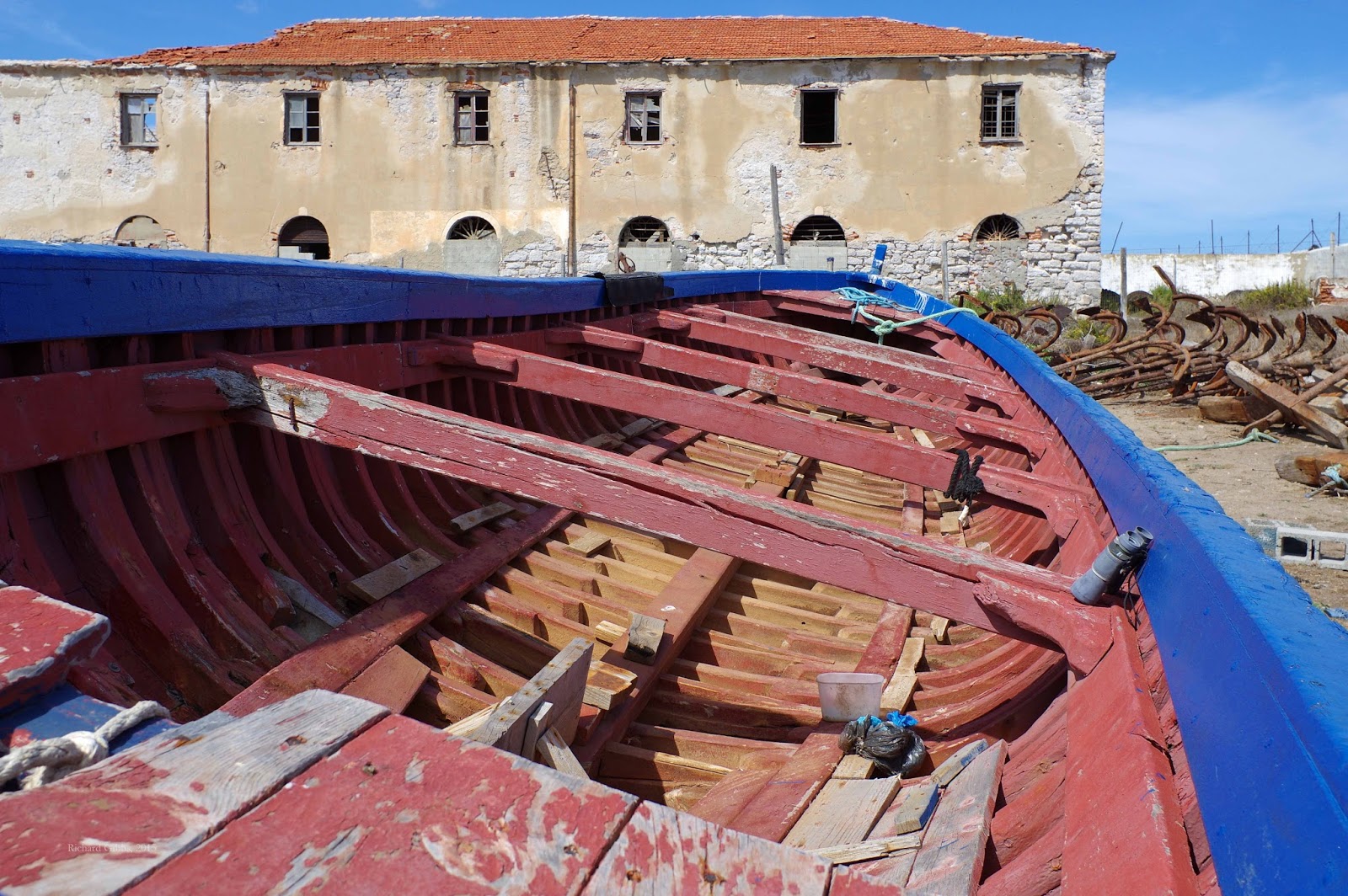 Soon after he left, a local was granted all the relevant permits to make a go of the same project…. 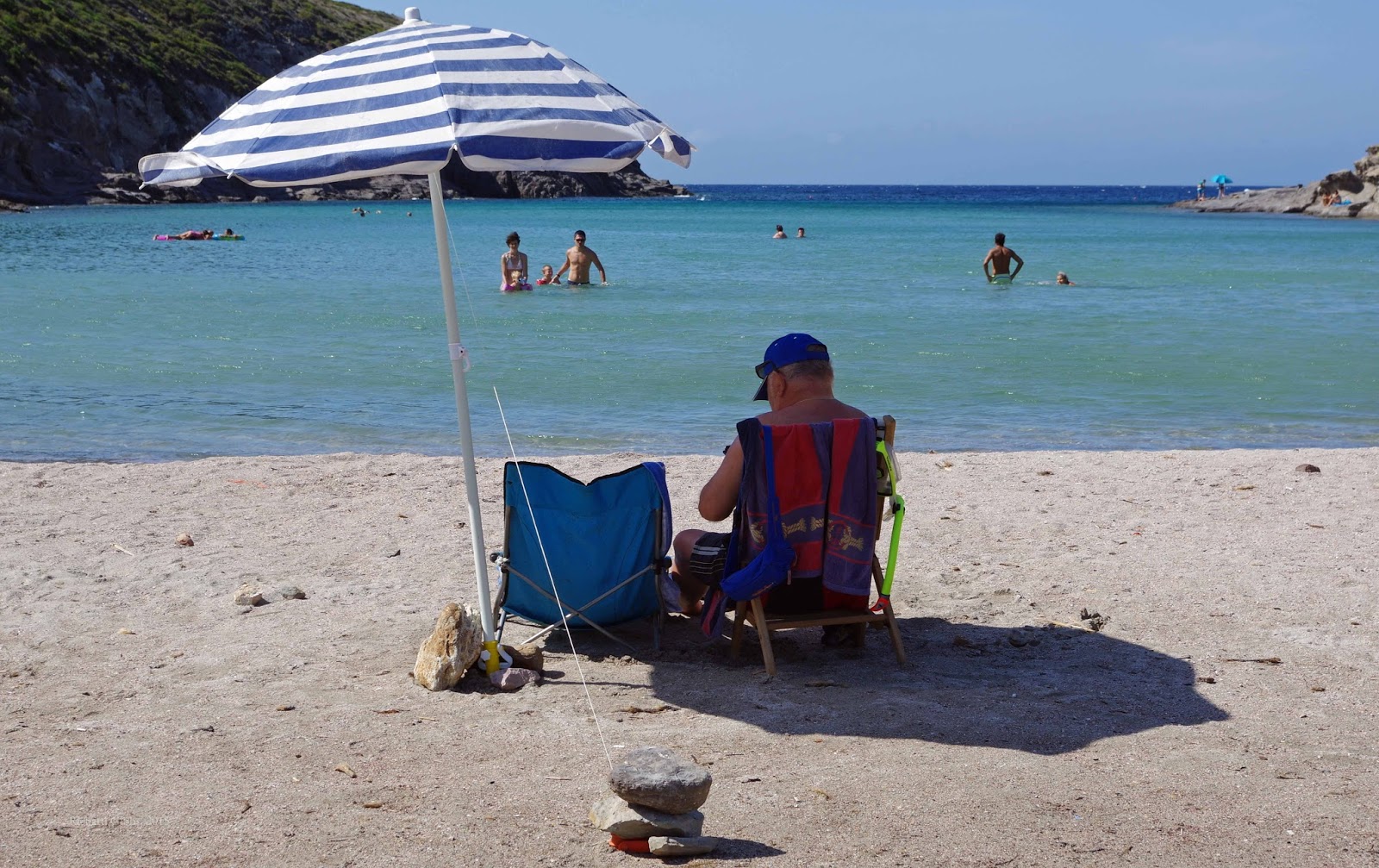 And so it goes.  As Joni Mitchell sang, they took and they put up a parking lot!

But….. As I said, there are a lot of paradoxes. The coast is beautiful, and, apart from the inevitable plastic detritus that is steadily choking the marine world, the water is fine.  The mining industry (coal, gold, bauxite, antimony, zinc and lead) is more or less dead now, but quarrying granite still flourishes, and petrochemical, pharmaceutical, construction and food production industries help underpin an economy that, with tourism as the icing on the cake, is actually pretty strong. 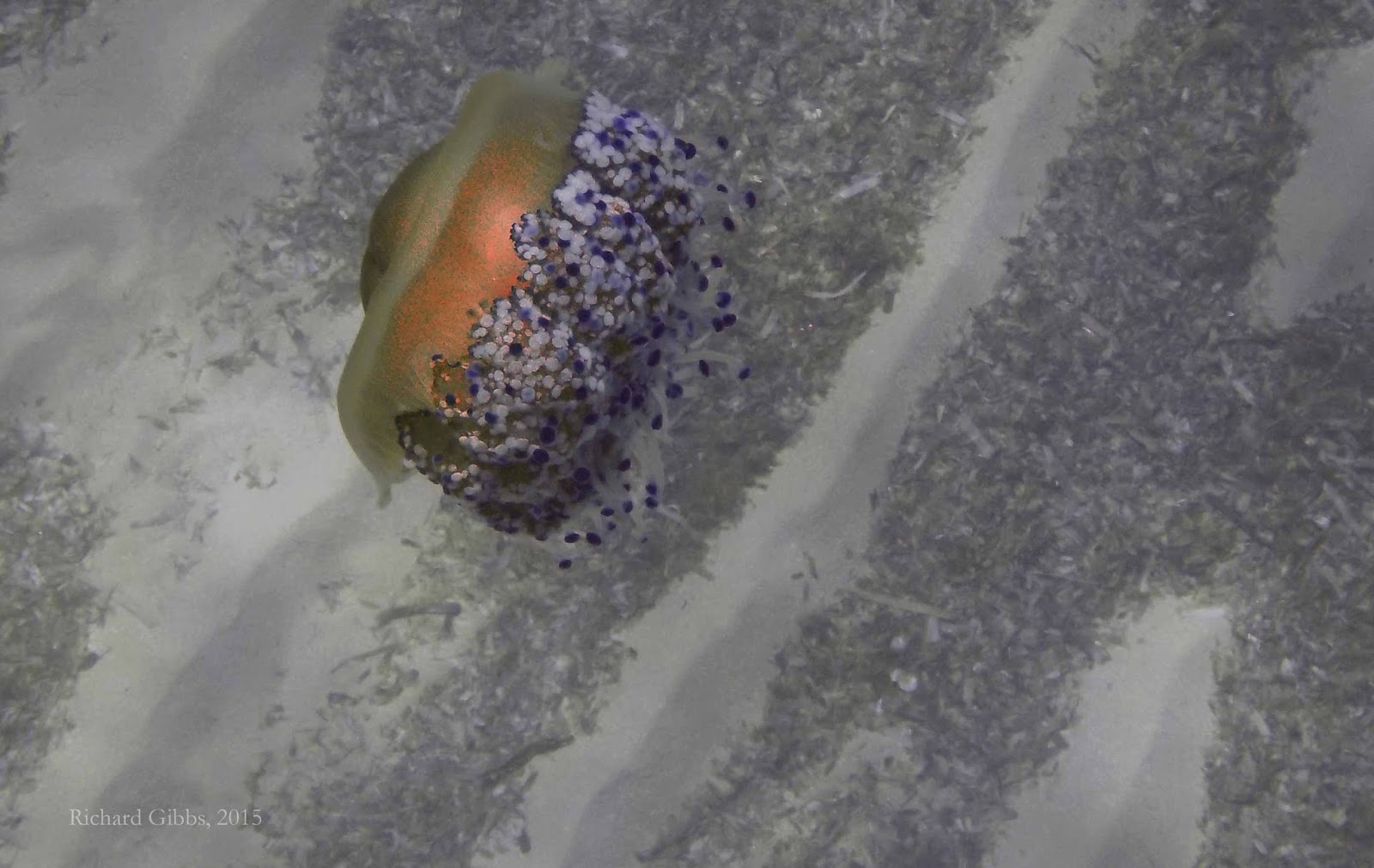 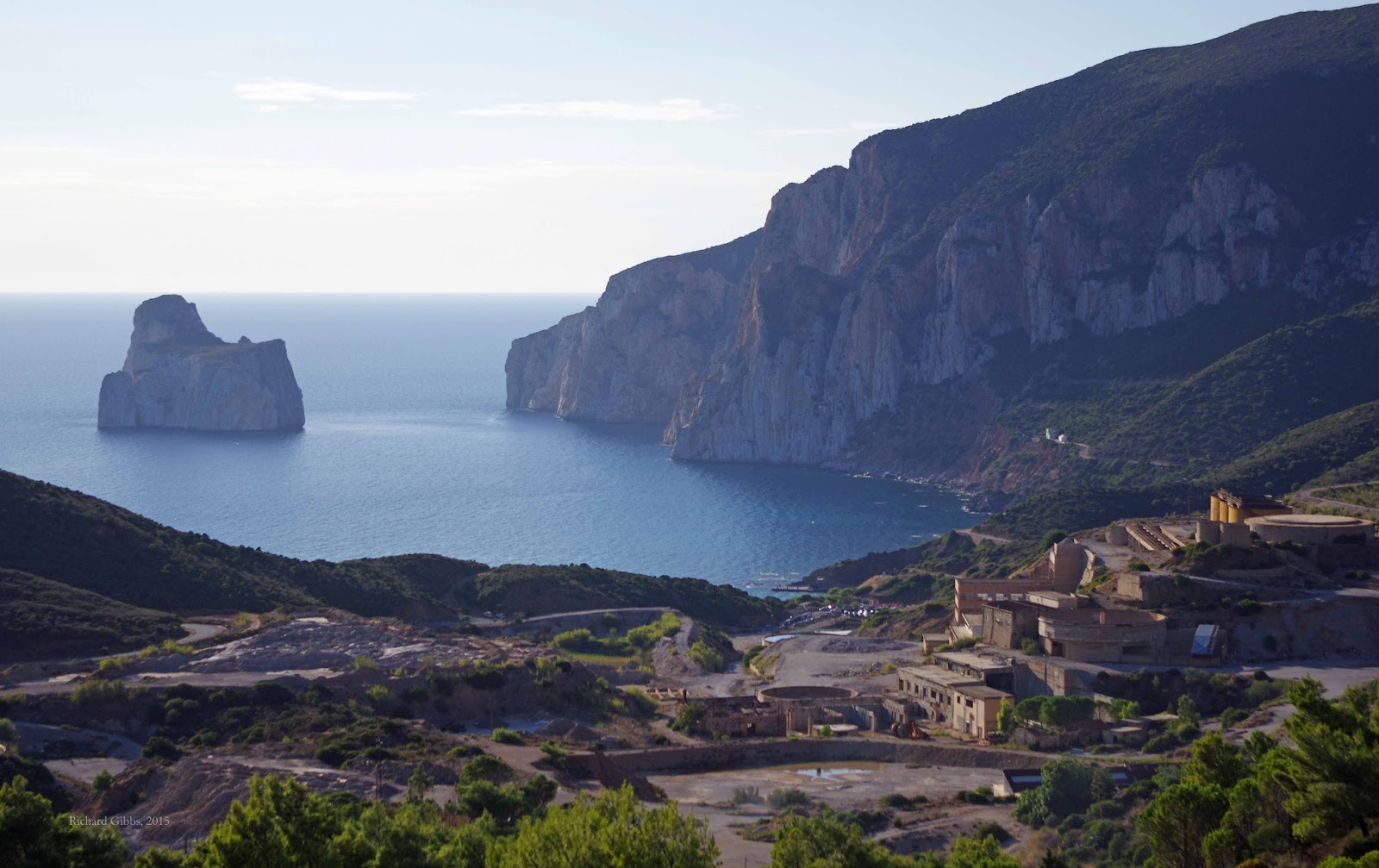 Sorry. I digress…. My first knowledge of was gained from reading D H Lawrence’s book Sea and Sardinia, and our first visit, described in Part I of this, was inspired by his brief jaunt through the island in 1921.  At the time of our trip (1989) I mused about following his trail in detail, but it never happened. 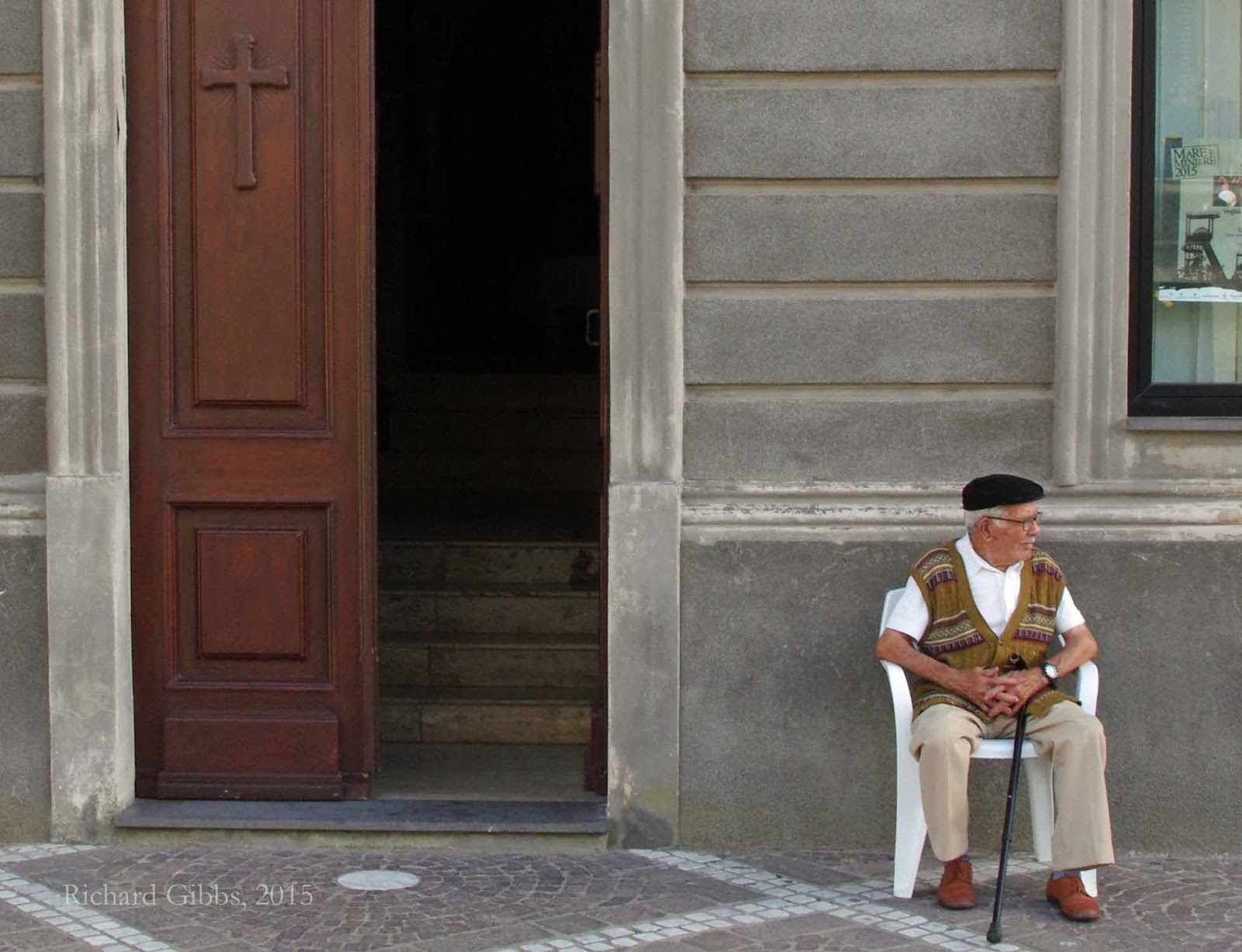 In 2010, a retired teacher from , Niall Allsop, made the effort to retrace David Herbert and Frieda’s journey in Keeping up with the Lawrences, an entertaining, informative book which now means I have to find another project….. 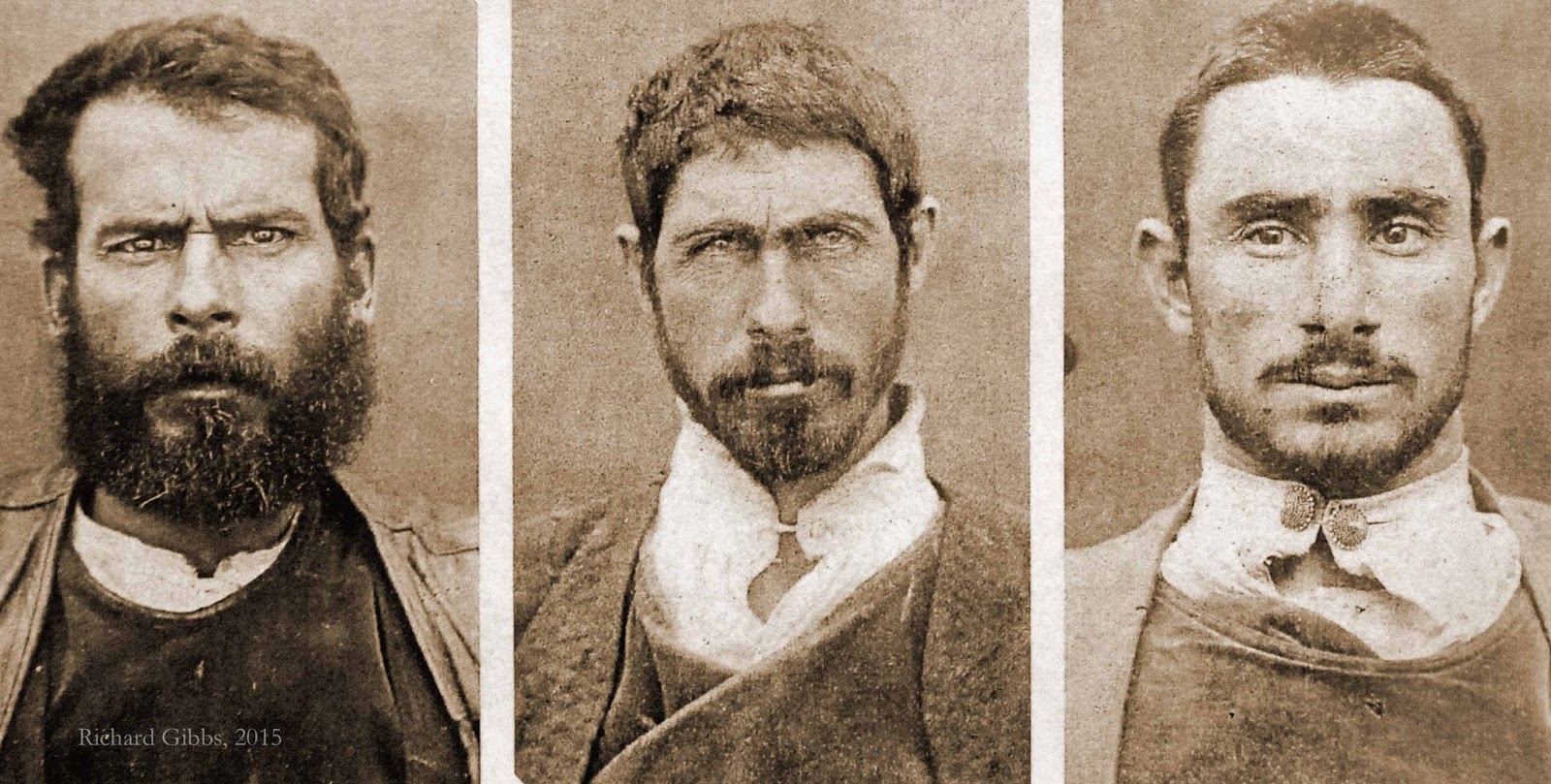 had a blazing spirit, and his (and Frieda’s) energy was remarkable.  In their time, was not on the Grand Tour.  The couple had fled at the end of WWI (Frieda was related to the Red Baron, of Air Ace fame) and never returned to live there.  In the midwinter of 1920/21 they suddenly decided to hightail it out of , in , to go somewhere – anywhere!  And thus they blazed through , in barely six days… 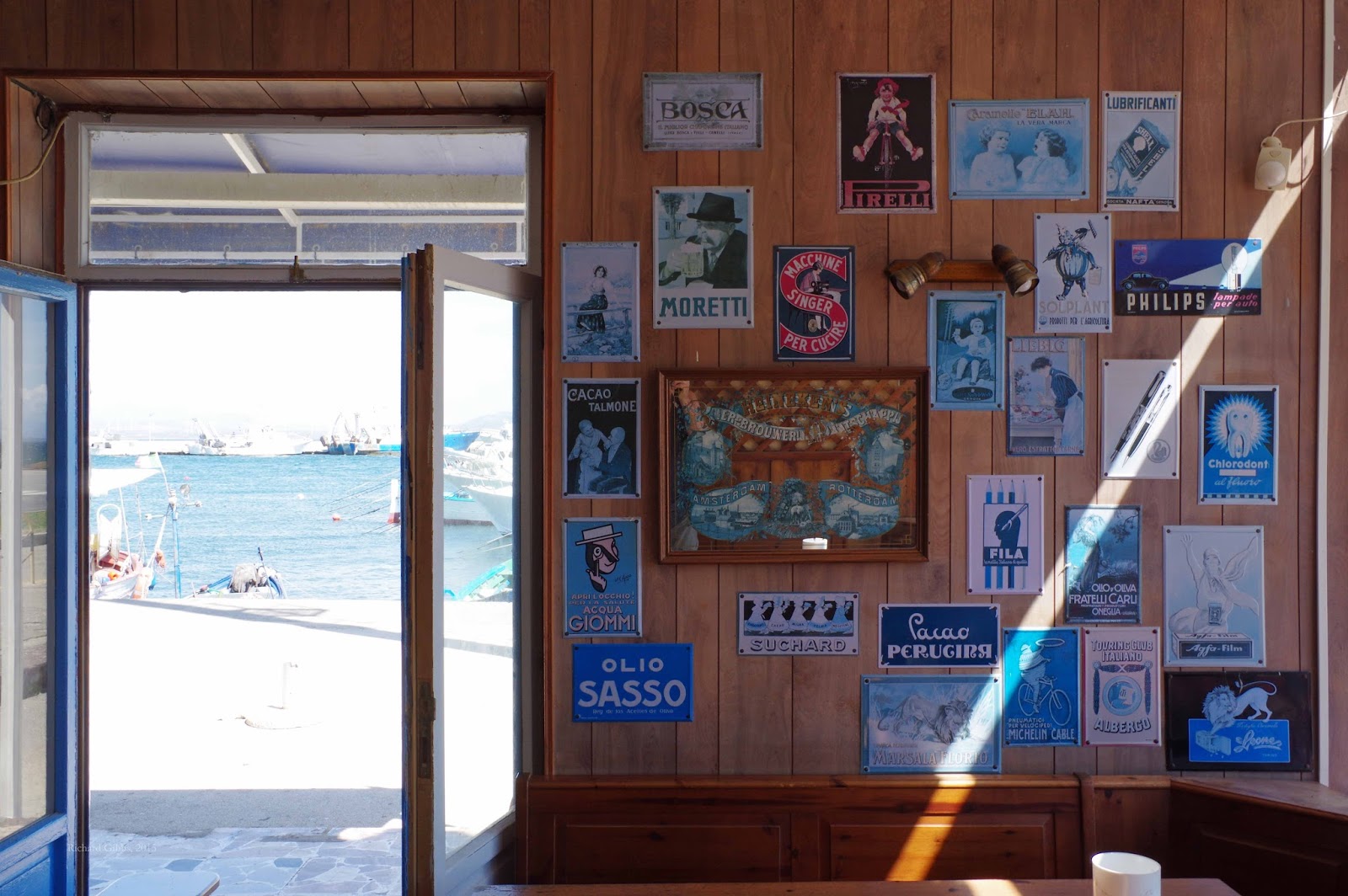 Back in , DHL reconstructed his trip, and left us a remarkable travelogue.  Unreliable, I suspect: for example in a market in he goes into rapture about the vegetables: then the long, slim, grey-purple buds of artichokes…. Basketfuls and basketfuls of figs…. Scarlet peppers like trumpets…. baskets of new potatoes…. wild asparagus in bunches…. .  before the days of refrigerator ships from the alternate hemisphere, I doubt whether this cornucopia could all have been freshly displayed on January 5th…. 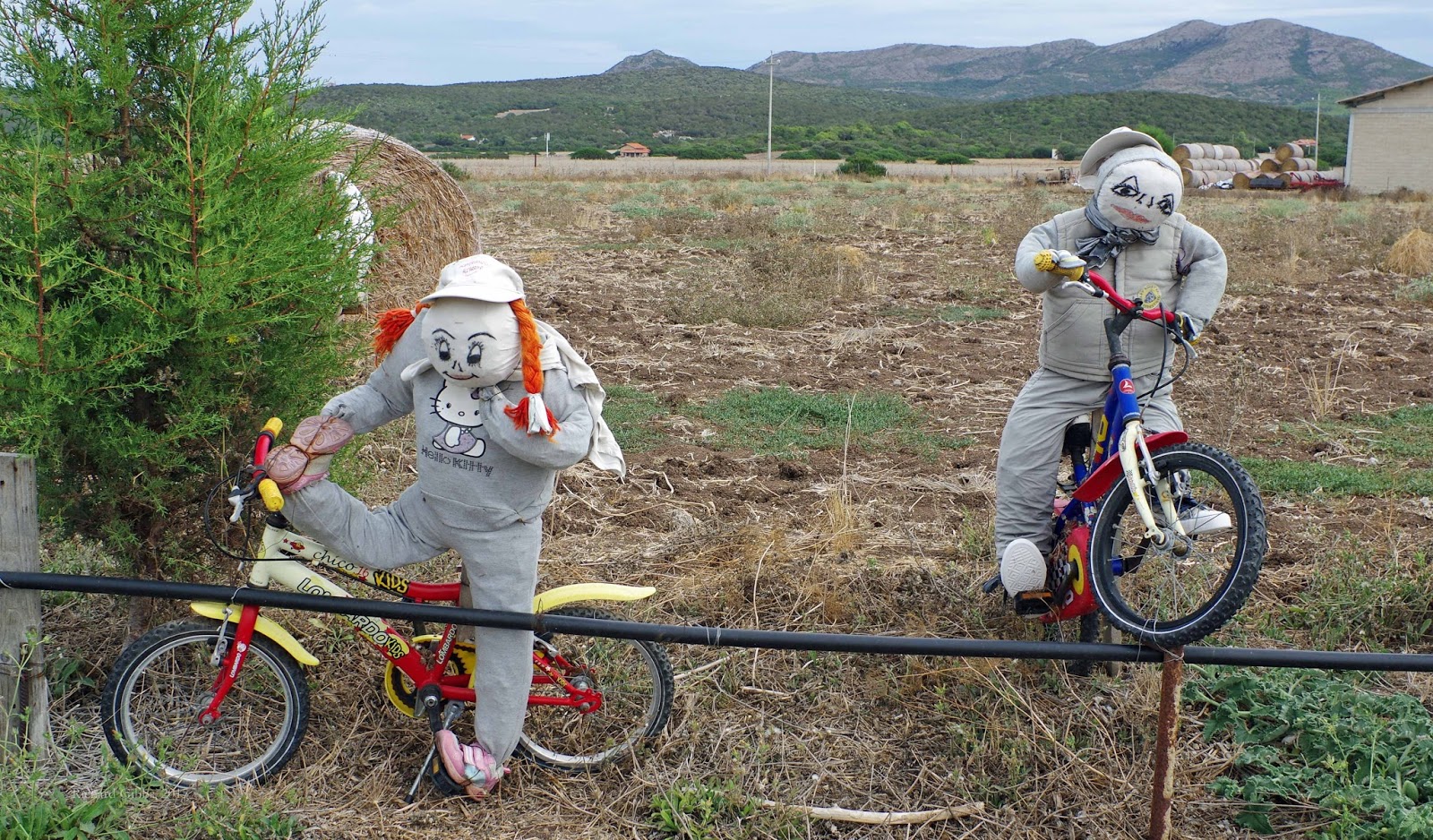 But such quibbles apart, he is distinctly individual and unsurpassed as a credible observer of Life as she may be found.  Especially given that foreign visitors have barely given the ink of even one calamaro in the (almost) hundred years since DHL flashed past. 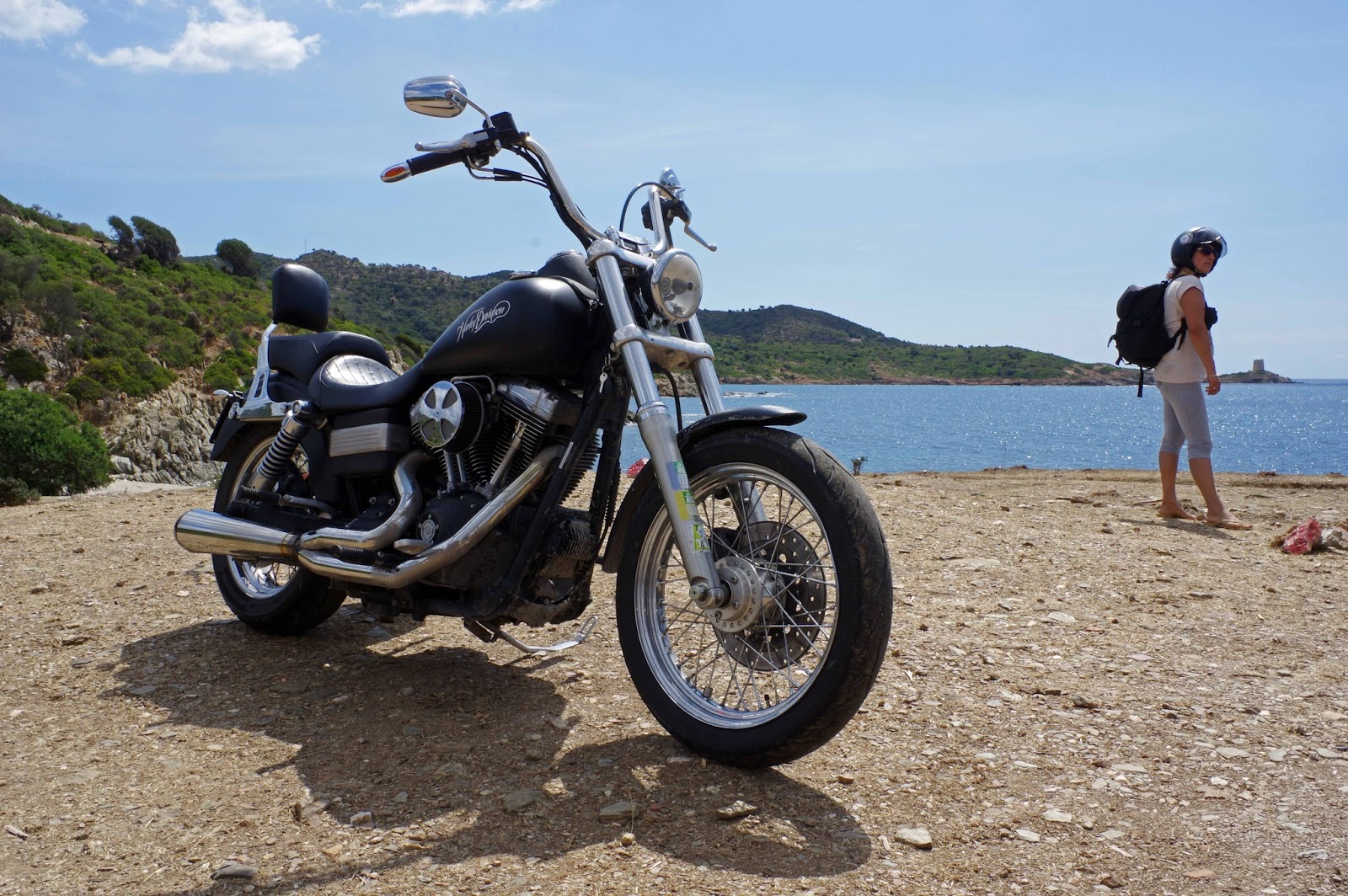 Back in Harpenden, I reconstruct our trip.  Compared with a quarter century ago, is much more accogliente, though April will never be September, and a Renault 4 will never be a Megane….

We loved the sea; we loved the food and wine; we loved the light, the extensive landscapes from the cork oak woods to the dusty stubble fields of late summer, from the red berries of the lentisk to the white flowers of the sea daffodils; from the flamingos and the shags of the sea line to the Eleanora’s Falcons at Cala Fico…. 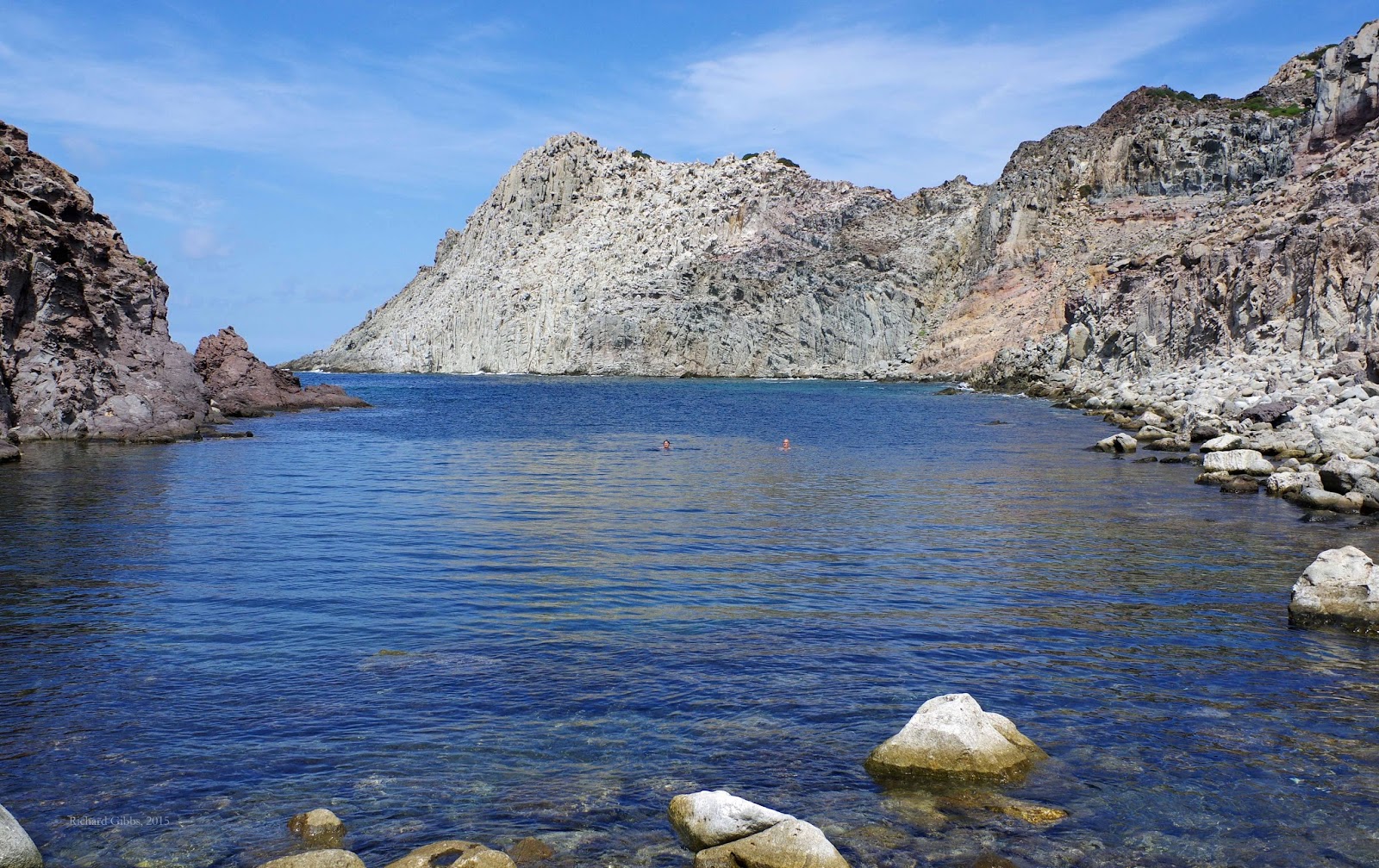 We loved the goats and the donkeys, the bee-eaters chirruping across the evening sky, the heavy motor bikes by the beach bars, and fleeting fish in the sandy waters…. 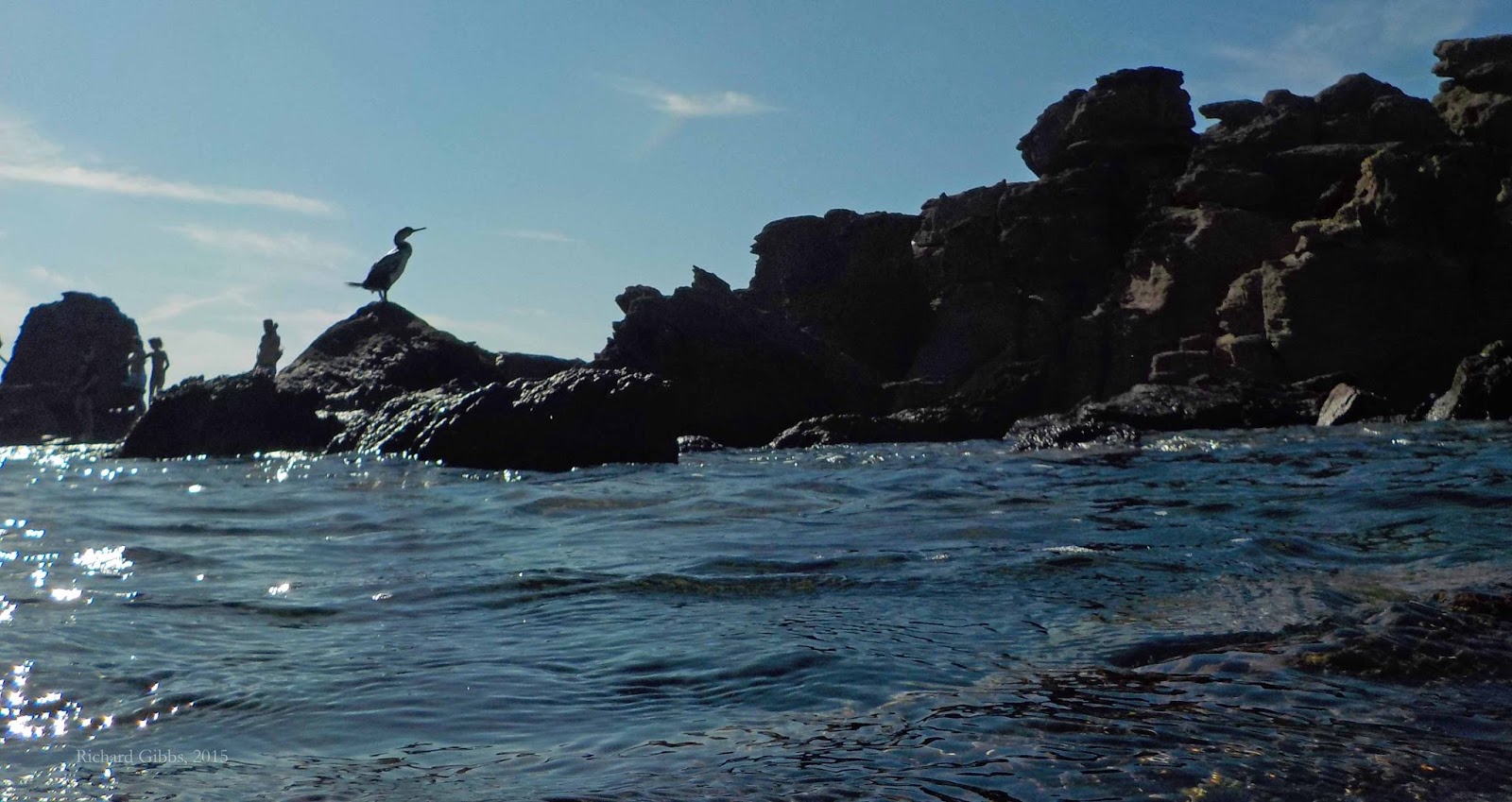 Then I read the paper, and decipher an article entitled:  Quel parco diventato inutile: Eolico senza senso: I consumi di energia el Sulcis sono crollati - which roughly translated becomes Park Becomes Useless:  Senseless wind turbines: energy consumption in Sulcis has fallen… And reading on I see that an agency for the uncle and the mother of the ex-president of the regional council, Claudio Lombardo, want to build five wind turbines between Portovesme and Cortoghiana.  These turbines would be concrete towers 94 metres high with blades of 112 metres diameter (so they reach 150 metres in height).  However, since Alcoa’s aluminium smelter closed the local electrical power consumption has fallen by 30%..... 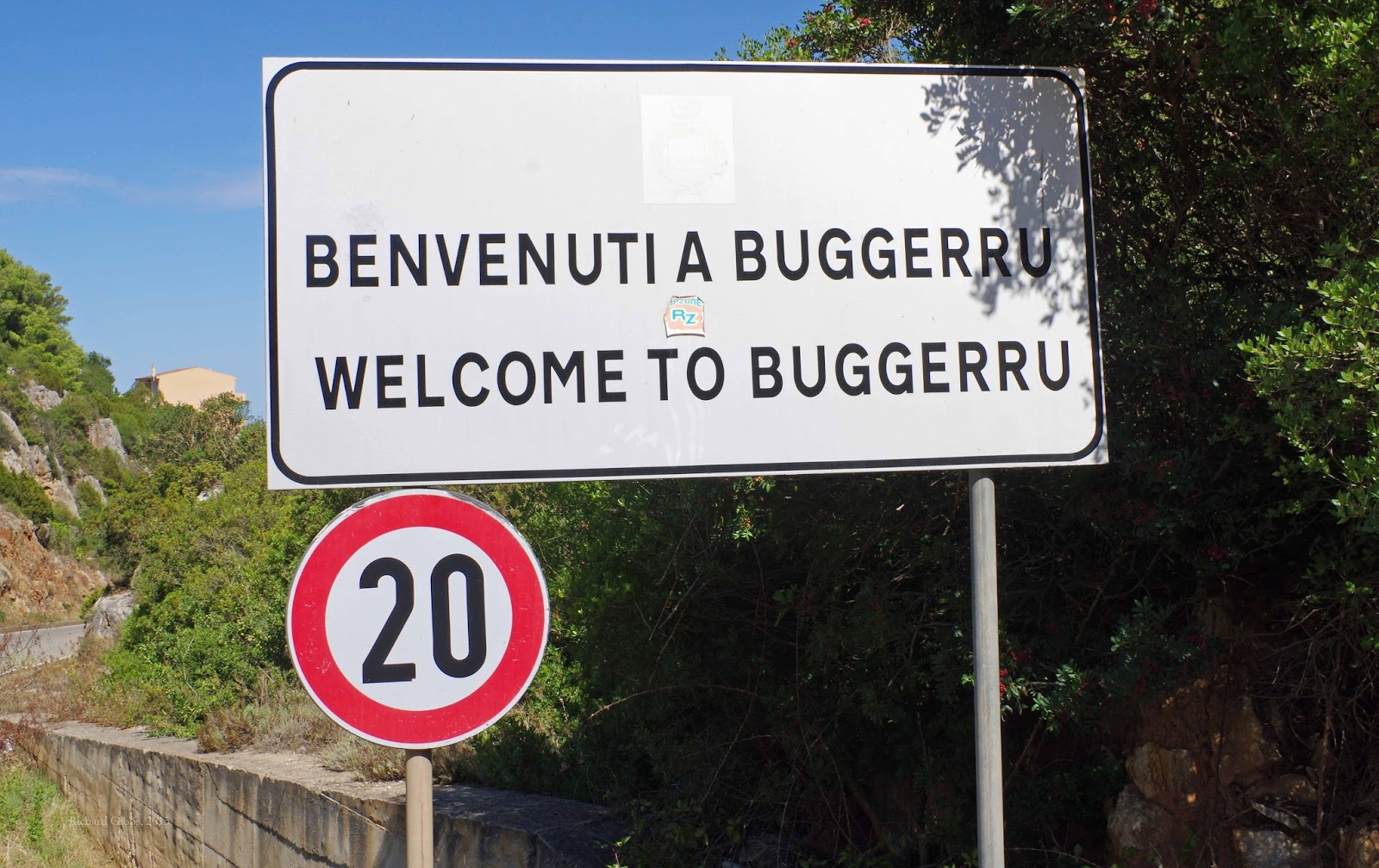 As one of the people that the met on their trip said: Si vuole un pochettino  di socialismo: one wants a tiny bit of Socialism in the world….. 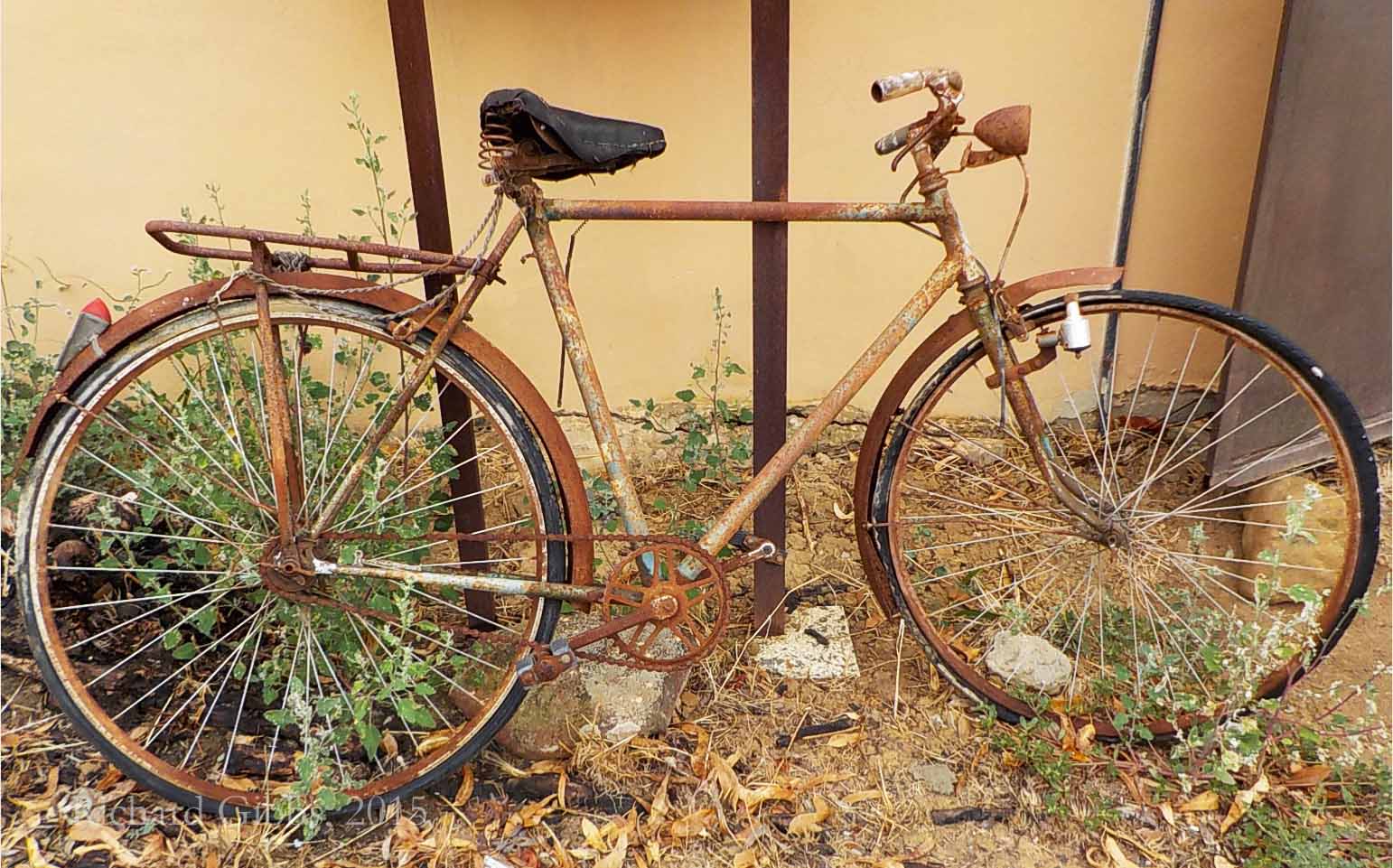 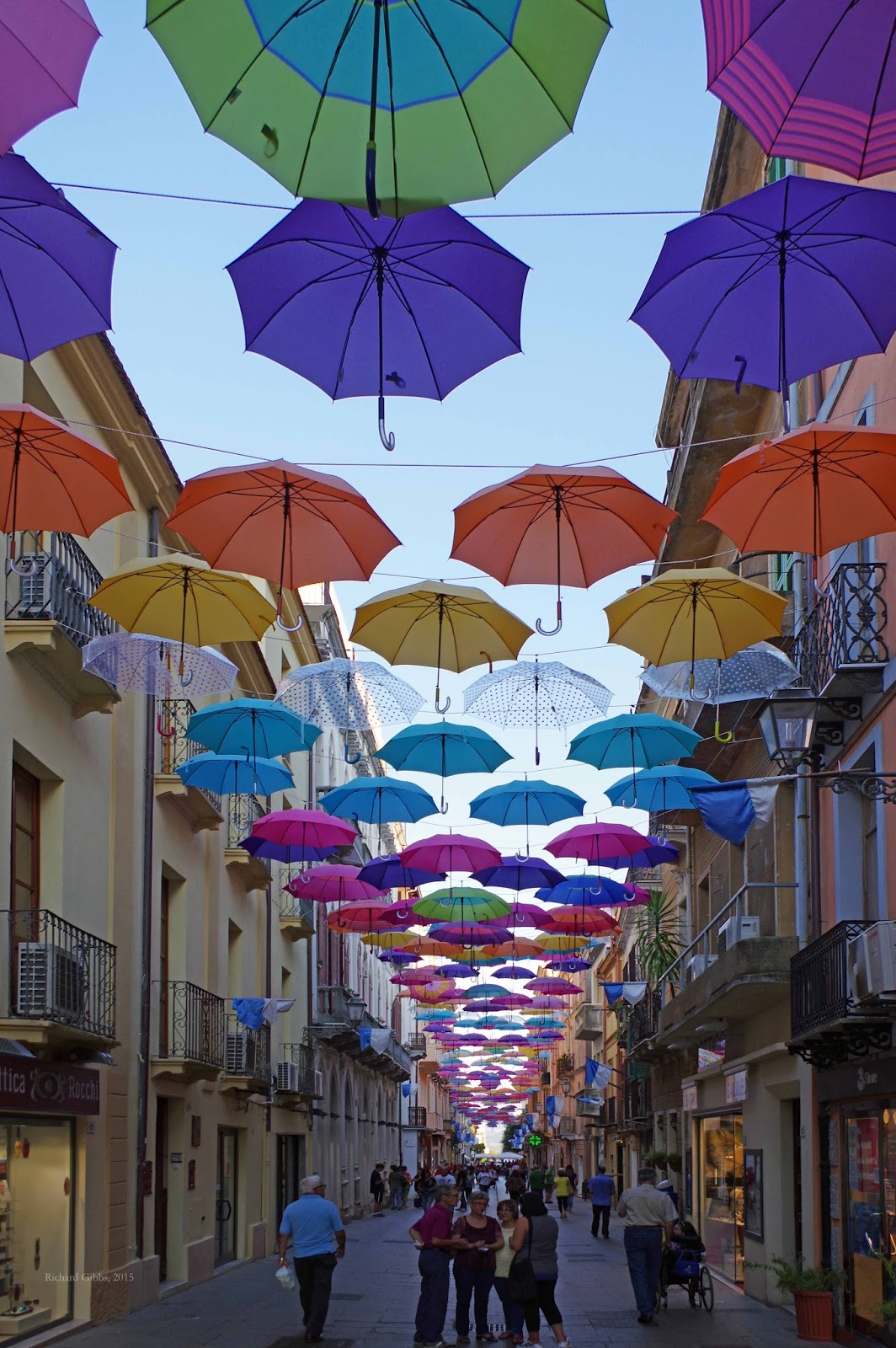 And quite probably the local politics needs to embrace ideas and efforts from outside, but Paradise is an illusion and it take hard work to preserve the things we have, which is not an excuse for conservatism, but a realisation that everything we do may have an equal (and opposite) reaction…. 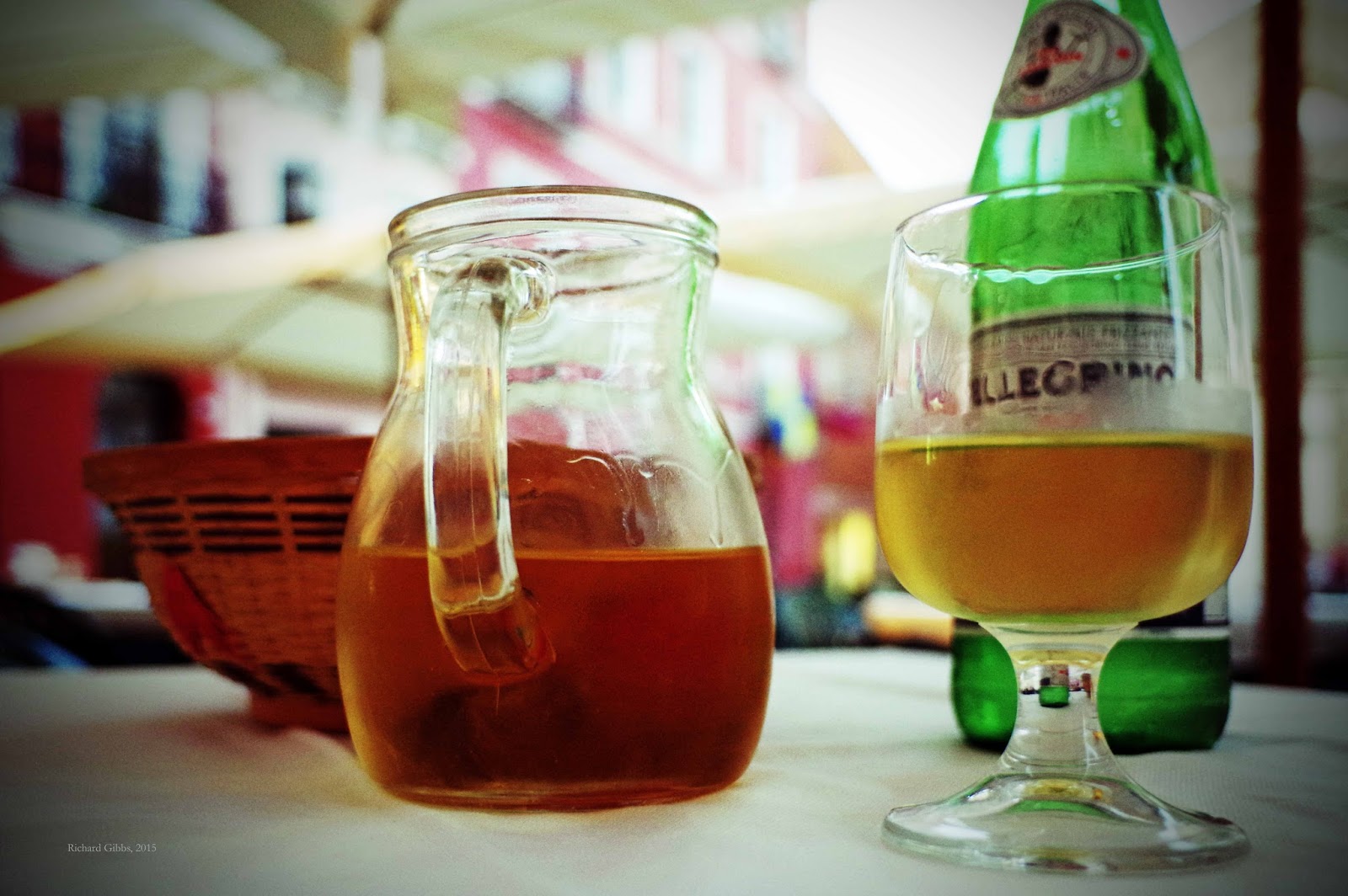 We’ll see?  Back in another quarter century? 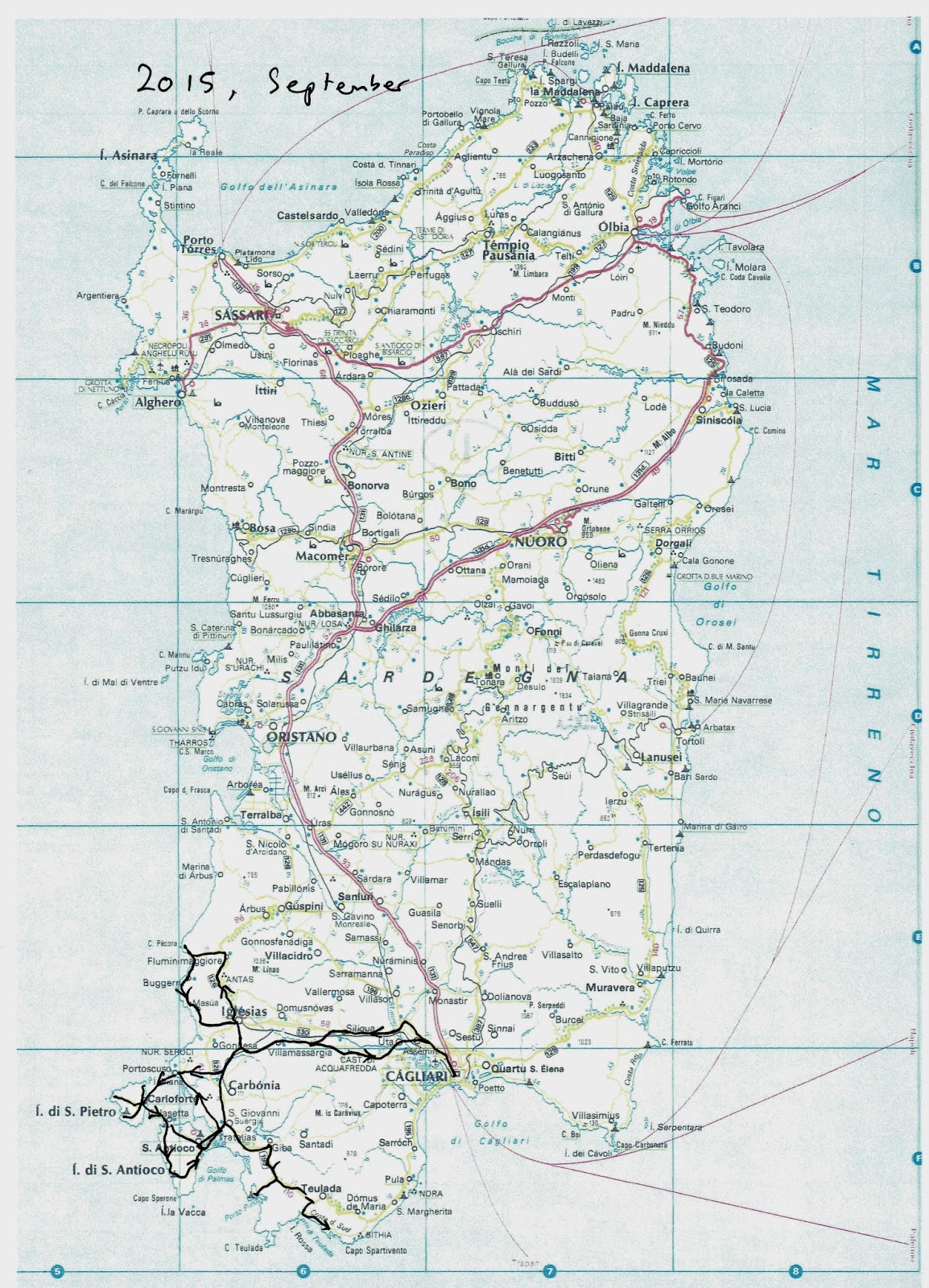 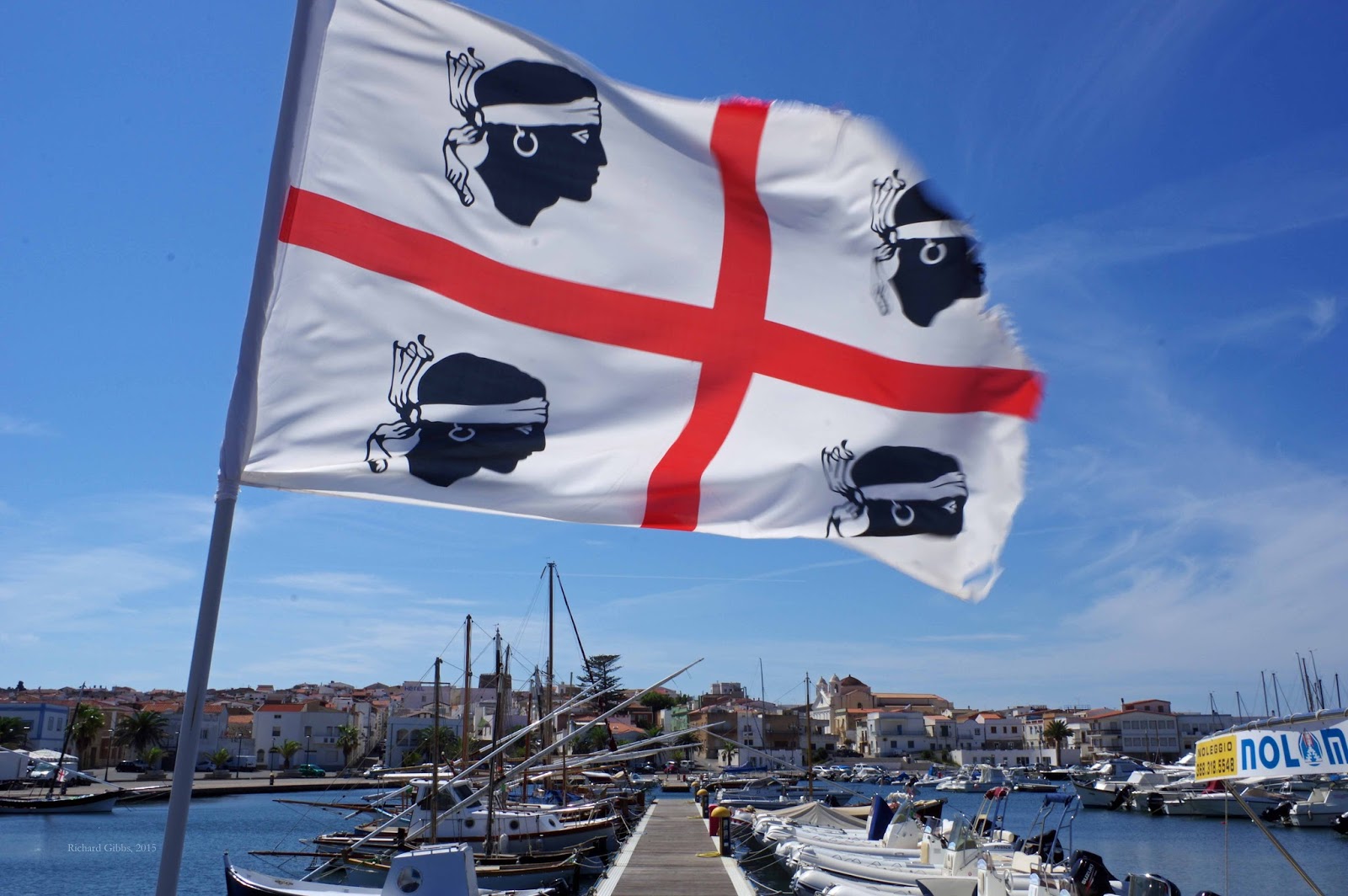