A night on the "Town"

Why, Sir, you find no man, at all intellectual, who is willing to leave London. No, Sir, when a man is tired of London, he is tired of life; for there is in London all that life can afford.

So said the great Samuel Johnson in conversation with his biographer, James Boswell, on September 20th, 1777.


A few years later, William Wordsworth stood on Westminster Bridge and wrote that:

Earth has not anything to show more fair.....

Of course the fires that plumed up through the myriad chimneys of houses and workshops, factories and trains, no longer cloud the skies with thick sooty smoke, but the air is not fresh, and the exhaust fumes of traffic, especially diesels, blur the potential pleasure of the views.

However, the sense that Wordsworth conveyed that the city has a mighty heart, and that anthropomorphically it may sleep, is not difficult to understand.  London's greatness, as ascertained by Johnson, transcends the ages, and is constantly renewed, now with the towers and domes that rise unimaginably high with extraordinary engineering techniques, and with lighting that creates another world once the sun has fallen beyond the M25.﻿  And it was with this in mind that I recently took a stroll into the night...... 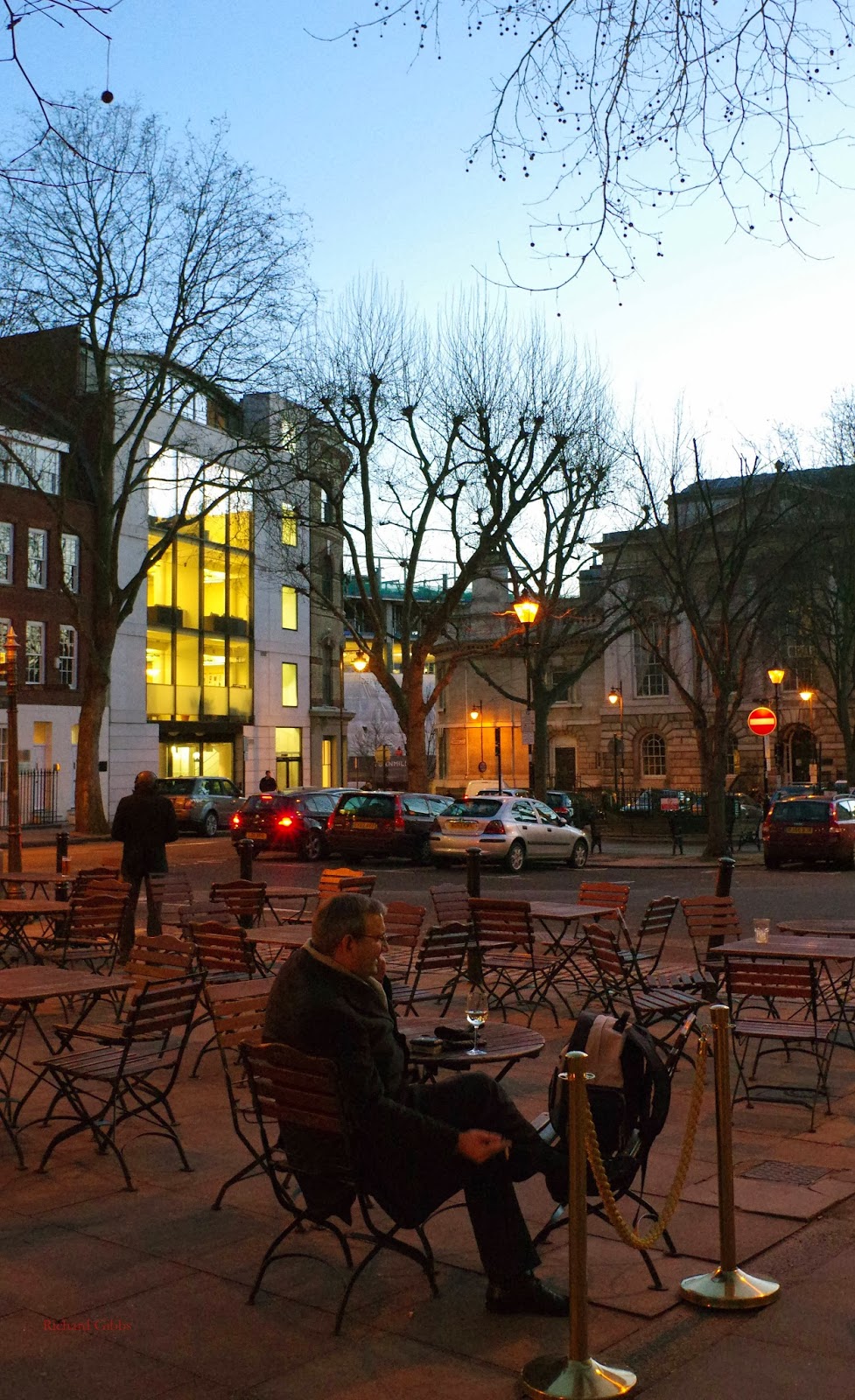 It is dusk, and time to unwind.  The city workers have begun their traipse home, or their social hours.  The geeks start to play in the wi-fi zones, and the nerds stay on for a while in front of their screens.  The count down to tomorrow begins...... 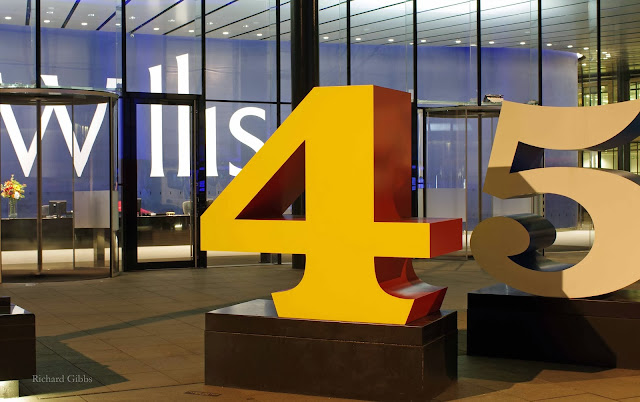 As the sky thickens and starlings fall, the sometimes shabby bricks of old-style pubs breathe new life, and the younger set spill from offices to join forces in the joys of the Happy Hour. 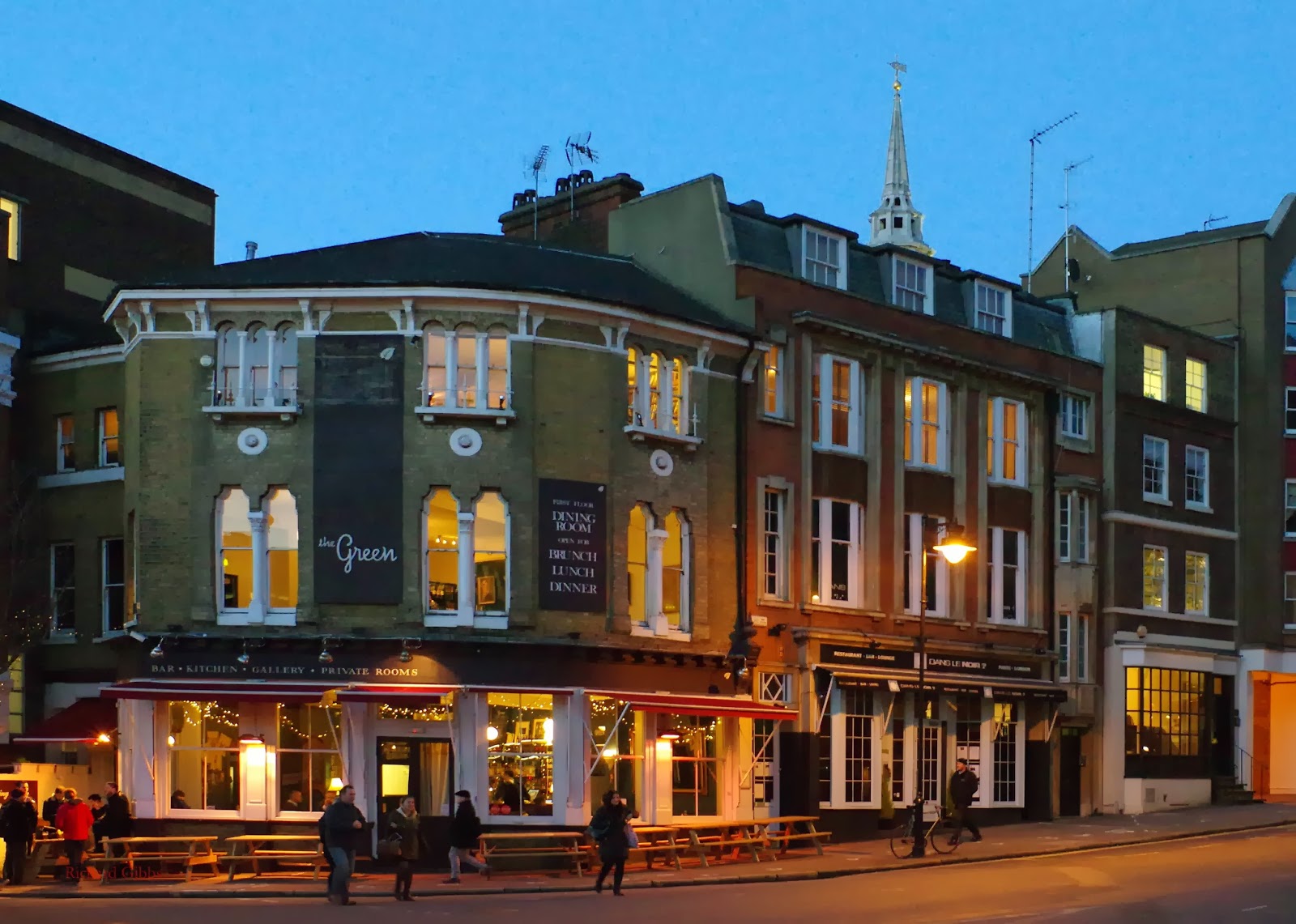 Midweek it does not seem so busy, but the shifting sands of humanity fill every crevice in a surreptitious dust storm. Tables fill with anticipation of a rendezvous;  bar stools edge closer with the magnetism of opposites. 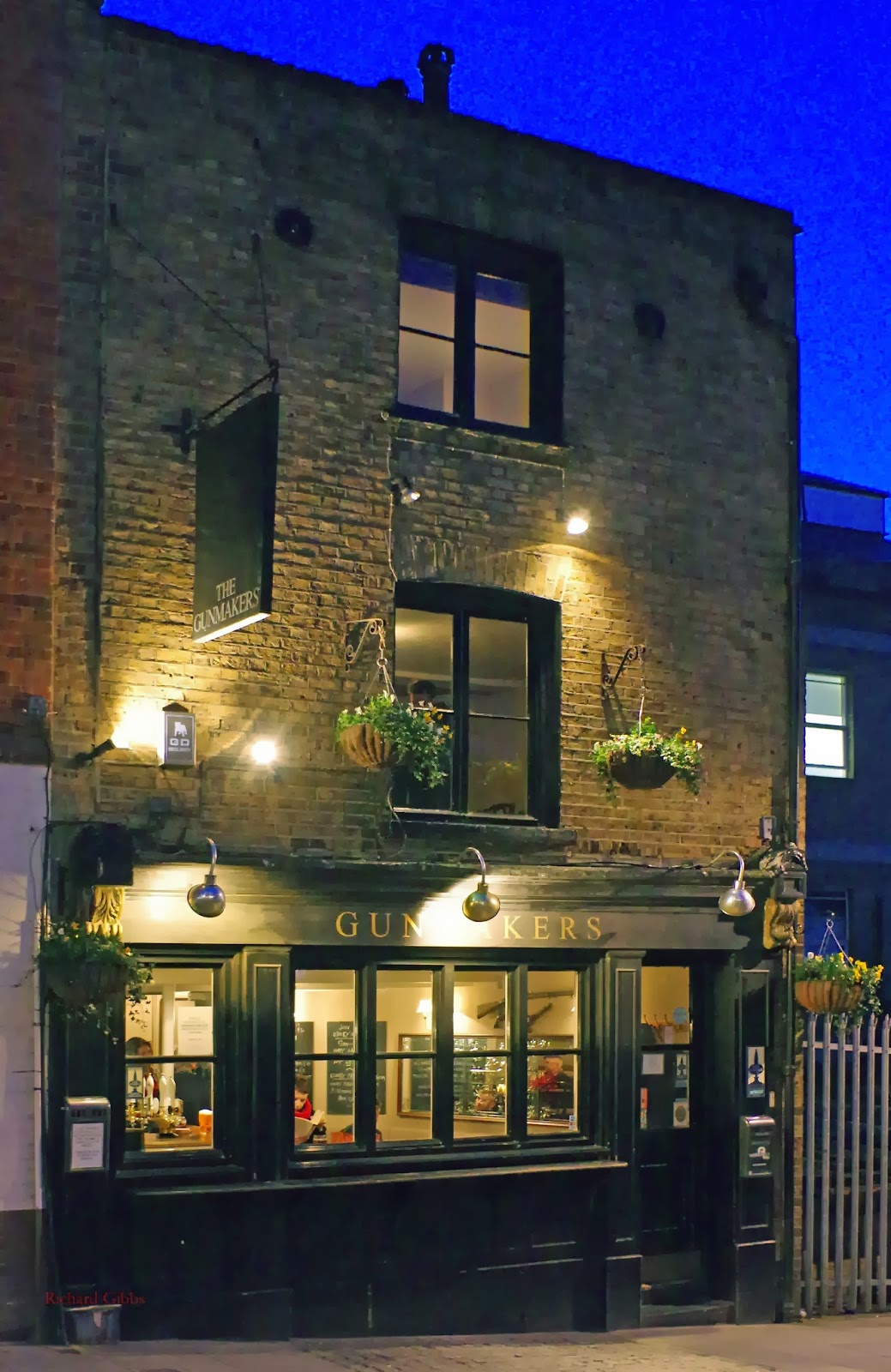 Haunts that may have once been familiar to the creeps and bawds of Dickens' time are now chic hangouts of the smart and the cool.  At this moment the revolution is in full tilt, with bar-room cracks giving way to gourmet blackboards. 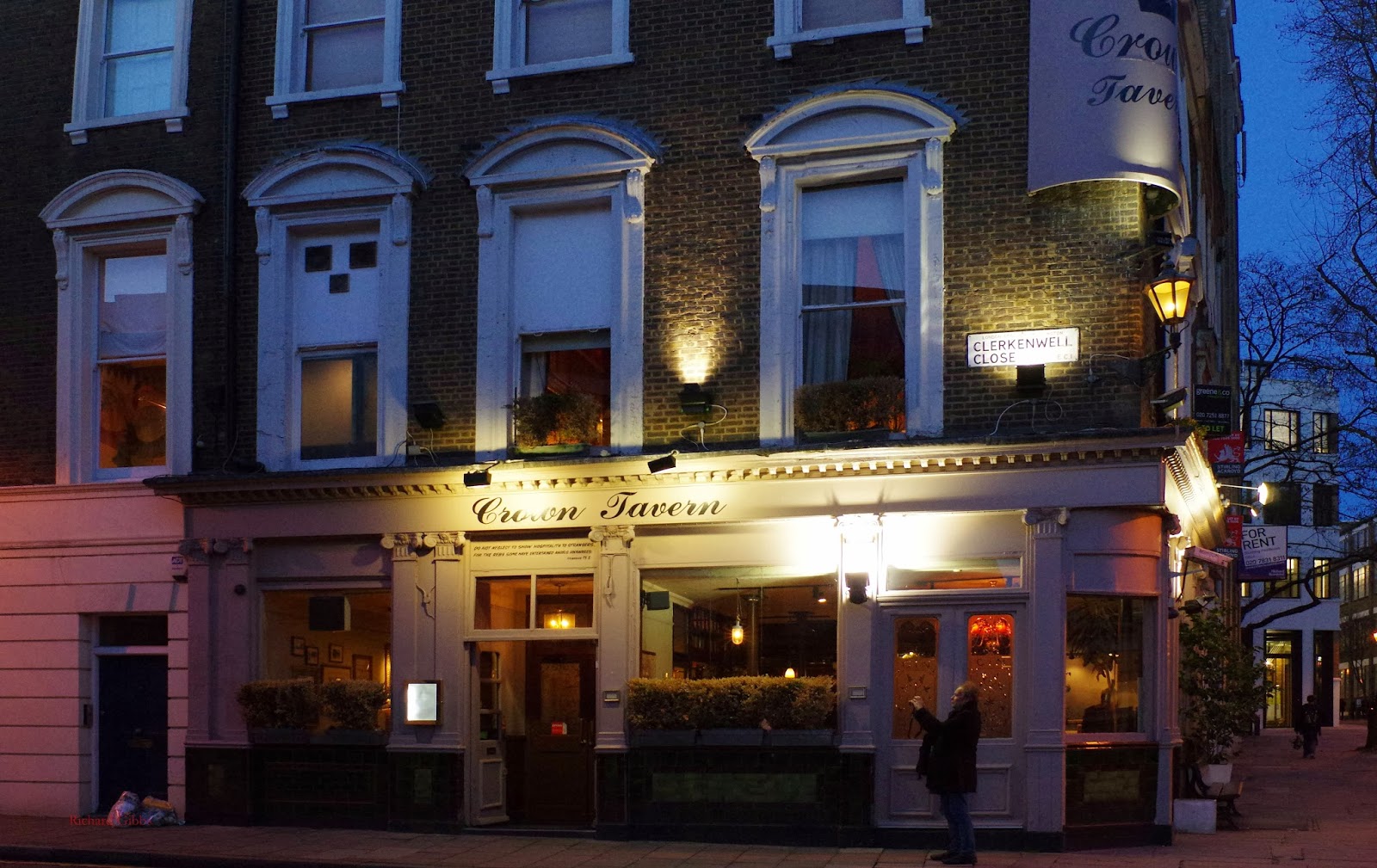 Night falls.  The bright lights awake.  The Big City begins to rock and roll, where during the working day a slow discharge of four-letter work slunk through the streets.  Now the spirit awakes, and, looking back, looking forward, looking up, the city calls out to the young at heart.  Awake!  The countdown continues..... 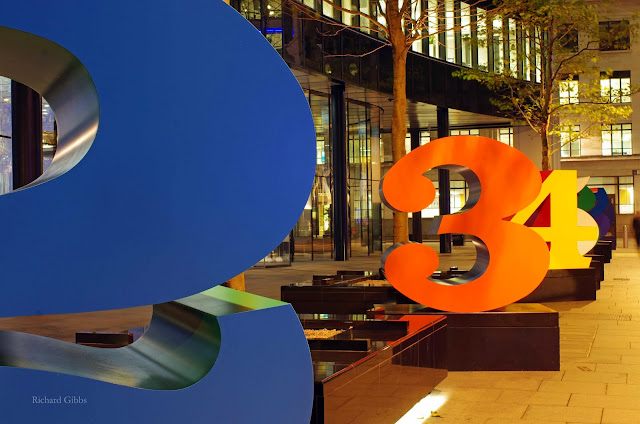 In my head, Jimmy Reed's (1961) words start to jump, in the Eric Burdon version:


Gone to my baby's head

This simple refrain was recorded by both the Animals and the Rolling Stones (and Bob Dylan!) in the '60s and has since chugged repetitively around my brain pan when I think of city nights. Recently a different song, entitled Bright Lights Bigger City has been a hit in 2011 for CeeLo (it was number one in Israel....?) The songwriters, Thomas Callaway (aka Ceelo Green), Tony Reyes and Benjamin H Allen III, must have nodded toward the great Jimmy Reed when they wrote:


Bright lights and the big city, it belongs to us tonight
Tonight, tonight, alright


Guess I need it, everybody does

But whichever you choose, there's still a whiff of Wordsworth, or at least Wordsmith, in these sentiments. And underlying them also run the theme of the source of human inspiration created in such a matrix of enterprise. 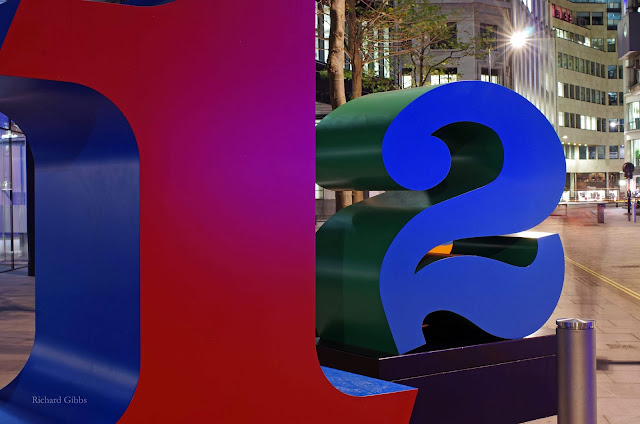 For some it is now home time. In the glam flats overlooking the Grand Union Canal out the back of the new Guardian building, the corks are popping and the glasses over-fizz, while the aged barges and narrow homes on the still waters below rock to the ripples of waterclocks. 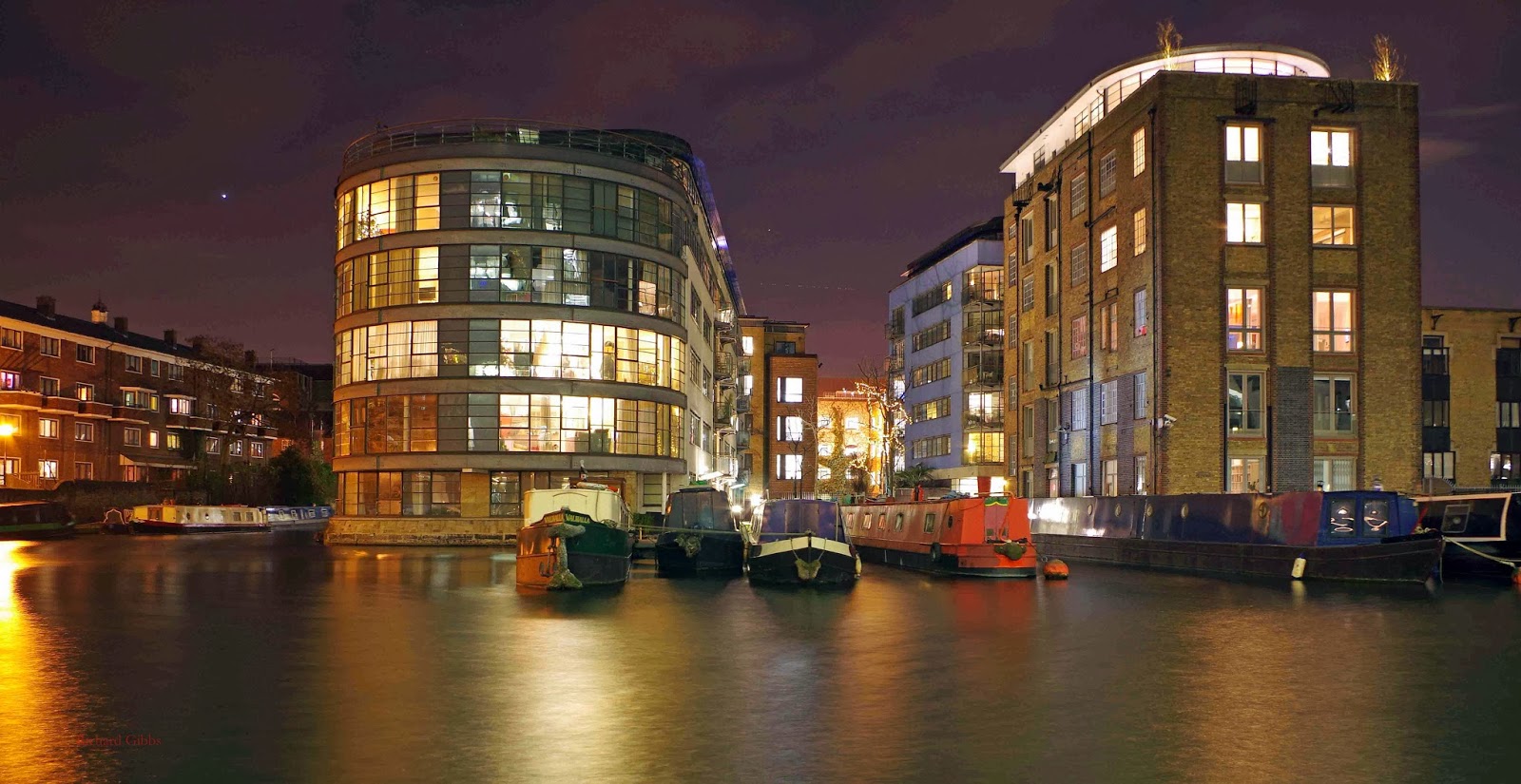 For others, the young at heart perhaps, it is party time, 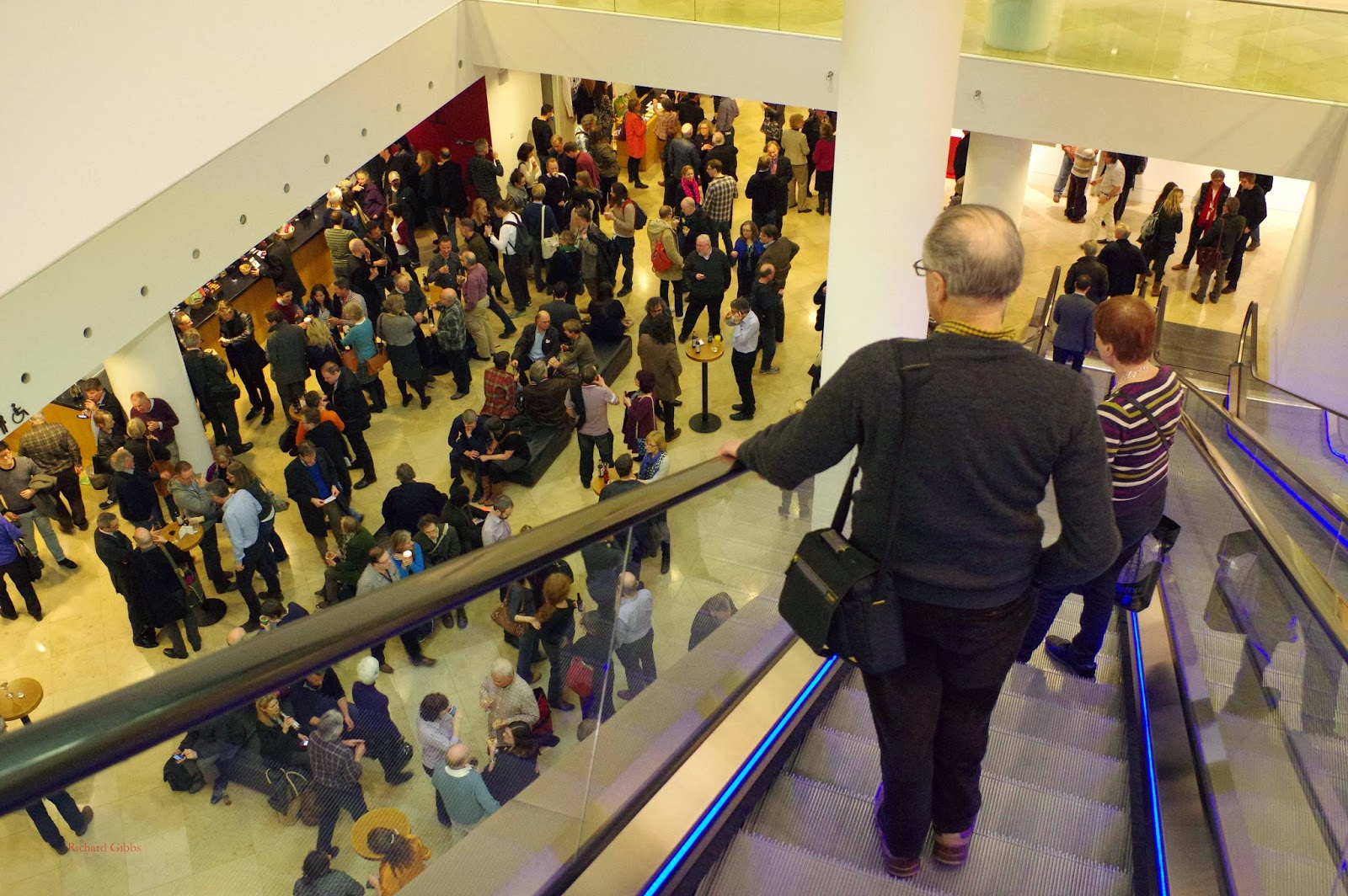 and in the basement bar of King's Place, for instance, the hip and hip-replacement set are getting ready for the second half of their night. 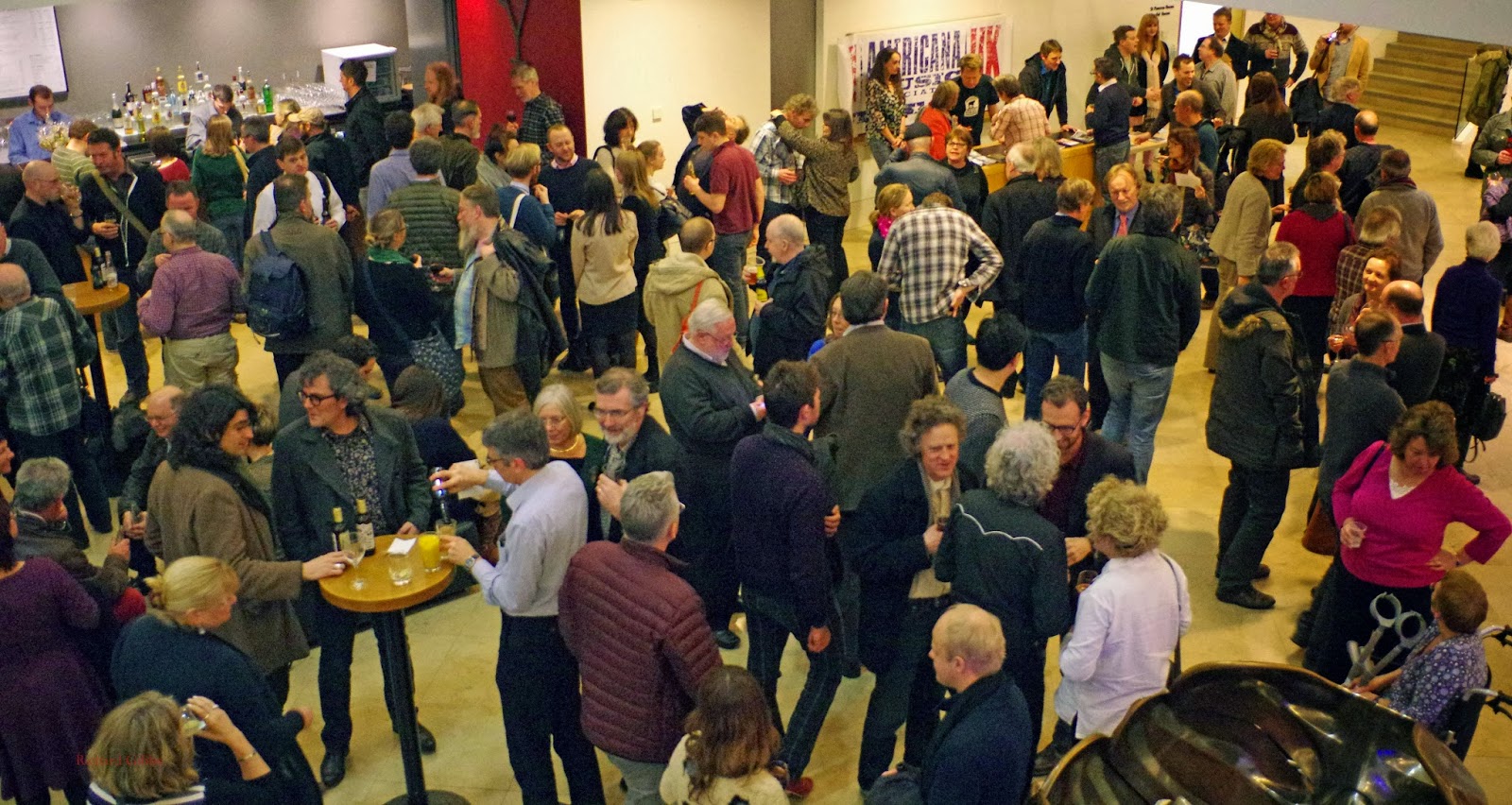 Then, all too soon, it is over, and the darkness consumes. Lights sparkle and incessantly twitch through red and orange and green. Hurried steps take revellers to their hopes of the undiscovered country beyond the terminus platforms, and the night trains head off to the comfort, or relative quietus, of the bare-bodkin suburbs......

The nearby Filling Station stands closed, illuminated against invasion, an outpost of some strange development under the night sky, though paradoxically quite insignificant by day. 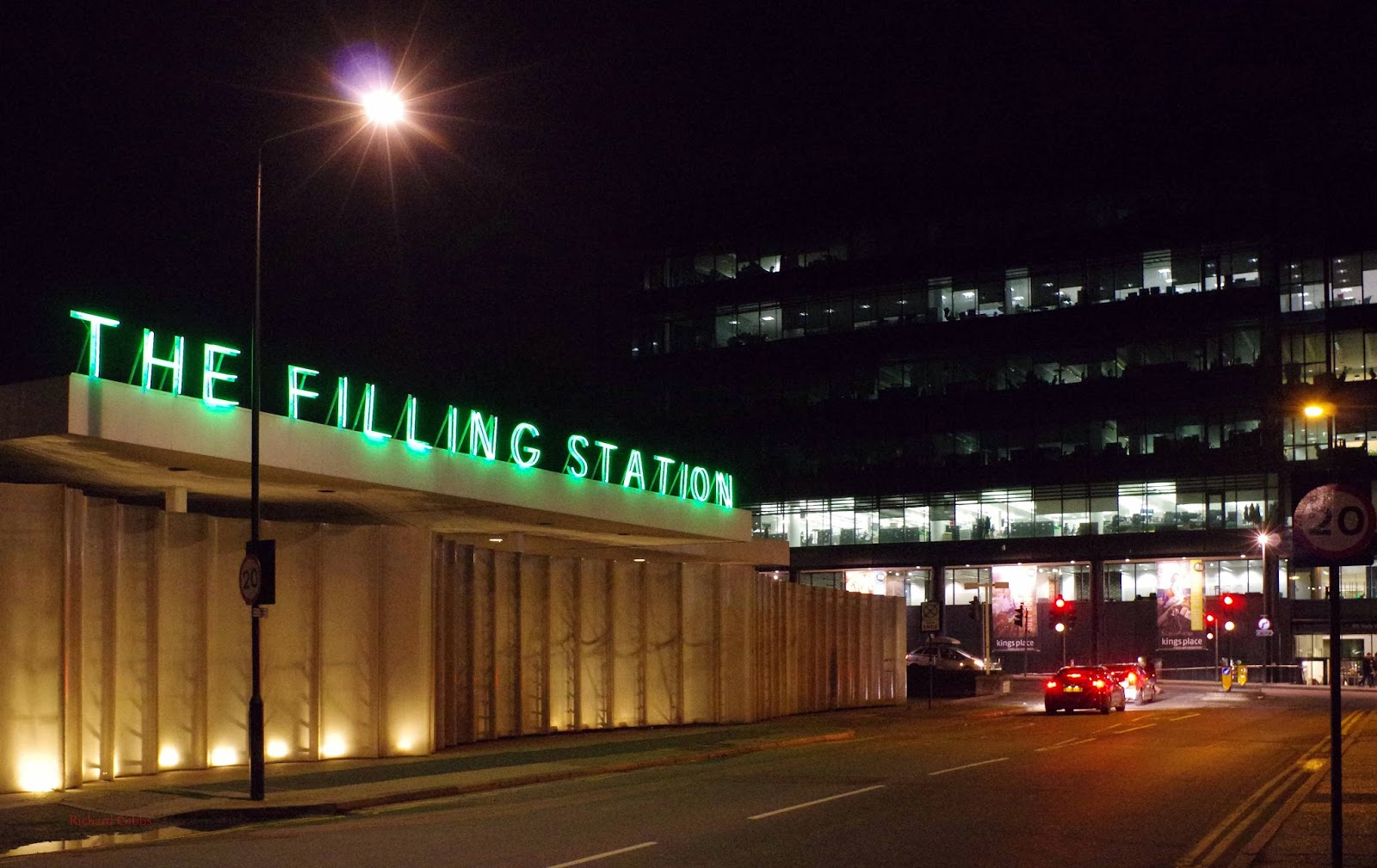 And I direct my steps to the city, to bask in the neon glows of incandescent wealth, though the first light I note is that of a moon, slightly belittled here by man's achievements, but none-the-less smart as a reflector of greater powers. 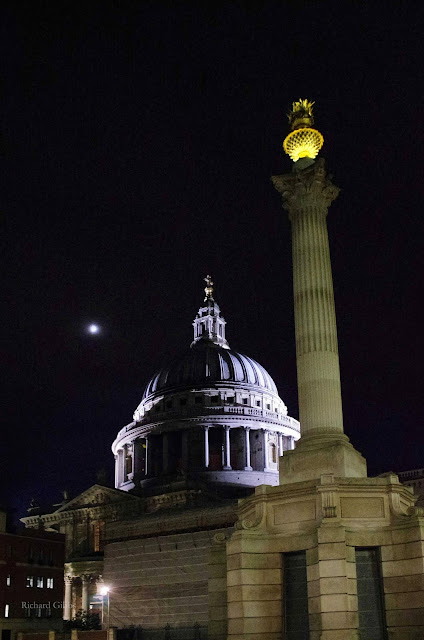 And then, eventually, I stand in awe of the great towers of silence that rise in some way celebrating the male domination of the business world.  The Lloyd's building rises, glowing blue, its tubes like vasa deferentia pulsing towards its peak. 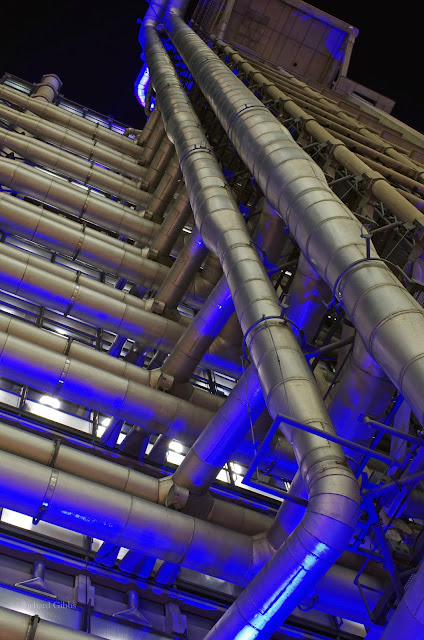 And then the lights go out.  A nod toward nightly conservation.  The blue splash evaporates and the tubes go limp. 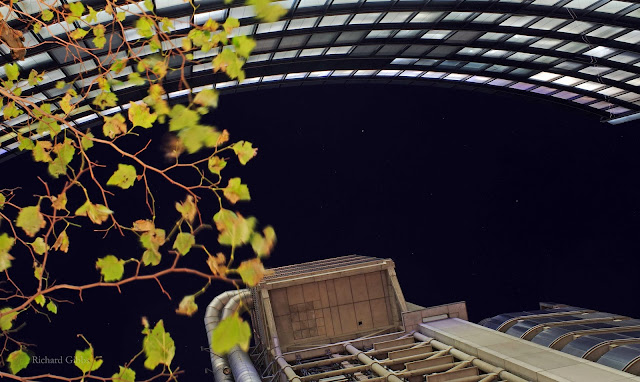 Close by, the so-called gherkin, 30 St Mary Axe, rises 180 metres on its launch pad, glowing in the dark even when the lights are off: 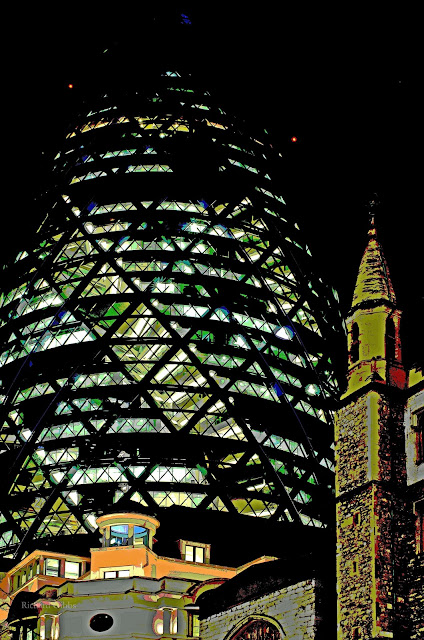 This giant lingam, standing on the site of the Baltic Exchange, devastated by a bomb in 1992, takes its proper name from the church of St Mary Axe, which was demolished in 1561.  The combination of the Virgin Mary and an Axe may have its roots in an inn of the sign of an axe, or it may be related to the Worshipful Company of Skinners, who wielded axes in their trade hard by.

Or maybe, just maybe, the Axe reverbs into that so twentieth century symbol of Slash and Mark, as bankers and insurance clerks rise up to flay their air guitars against the stars.

Ne'er saw I, never felt, a calm so deep! 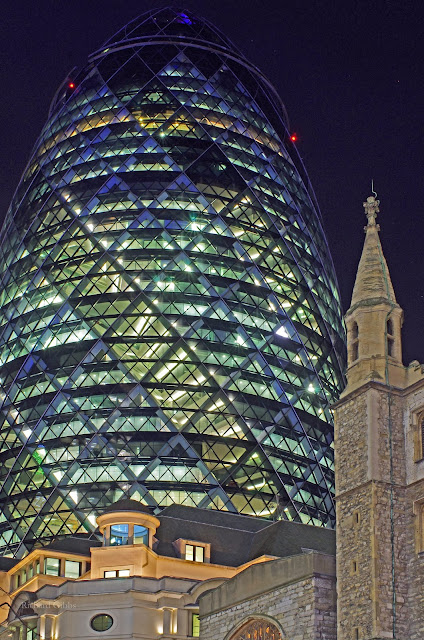 Then to the river, to admire the presumption of the obelisk known as the Shard, Egyptian in its pose, and breathtaking in its daring.  Though despite its shiny promise, its hypodermic charge, it has yet to be filled, and could remain a deep veined dream. 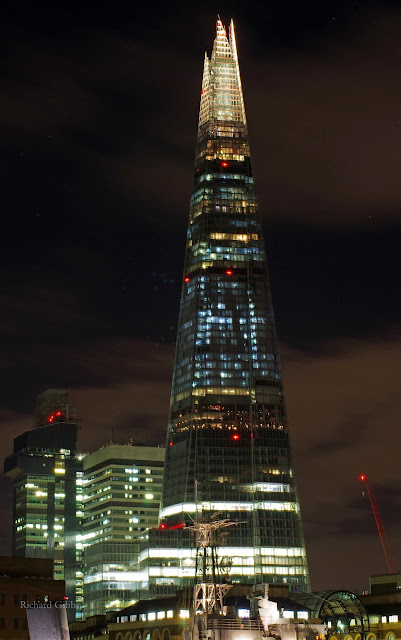 Just near here, in different times, one David Copperfield Landed in London on a wintry autumn evening, on his return from three years abroad. It was dark and raining, and I saw more fog and mud in a minute than I had seen in a year. I walked from the Custom House to the Monument before I found a coach; and although the very house-fronts, looking on the swollen gutters, were like old friends to me, I could not but admit that they were very dingy friends. 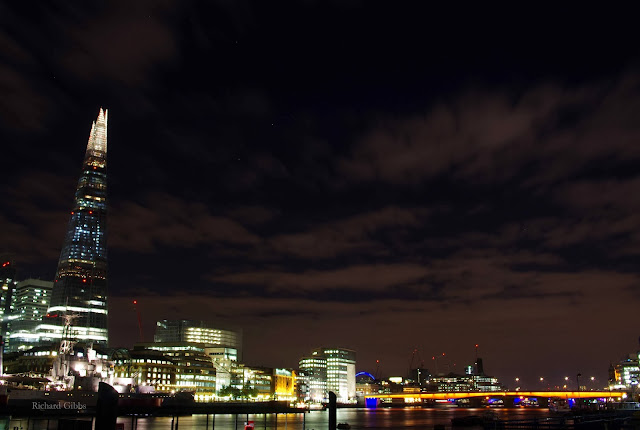 In his most pensive style, Dickens (for it is he, dear reader) continues.....

I have often remarked—I suppose everybody has—that one’s going away from a familiar place, would seem to be the signal for change in it. As I looked out of the coach window, and observed that an old house on Fish Street Hill, which had stood untouched by painter, carpenter, or bricklayer, for a century, had been pulled down in my absence; and that a neighbouring street, of time-honoured insalubrity and inconvenience, was being drained and widened; I half expected to find St. Paul’s Cathedral looking older. 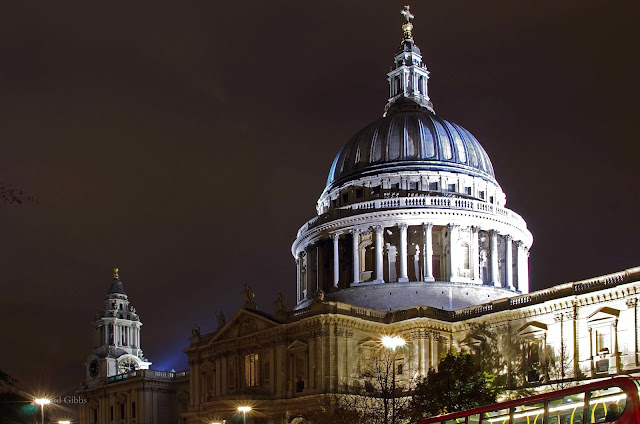 But if anything, this dome, which has stood here since 1708, looks better today than for a very long time, thanks to restoration and cunning lighting.  Although it is only a puny 111 metres high, it rises from the highest point in the city, and so, until 1962, was the tallest landmark in London, certainly the most impressive when David C was at large, though he would most like have been phased by the streaming lights of modern traffic..... 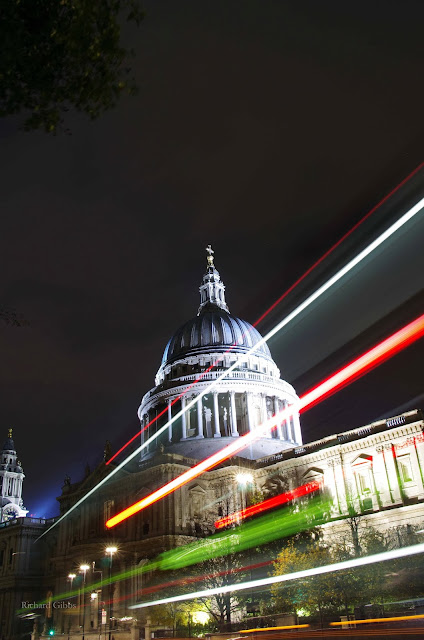 Time unwinds. The stars begin to fade and the countdown reverses to bring in the day. 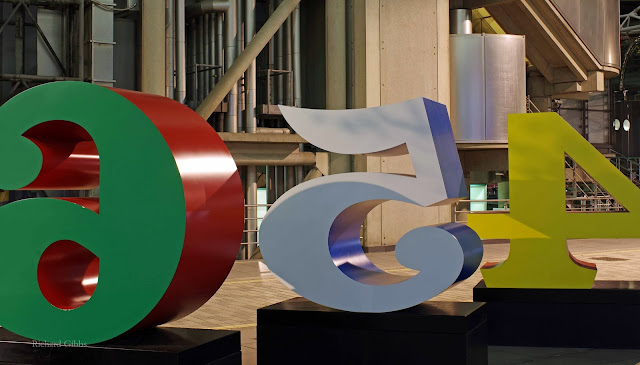 As Wordsworth stretches, wanders to the bridge, and wonders at the industrial impact on this organic earth, I stumble to my city breakfast, with those who try to rest on the cold paving of the dawn.  Only to find my way barred; society (in the guise of the Carpenters' Arms) unwilling to embrace me in the grey morning light. 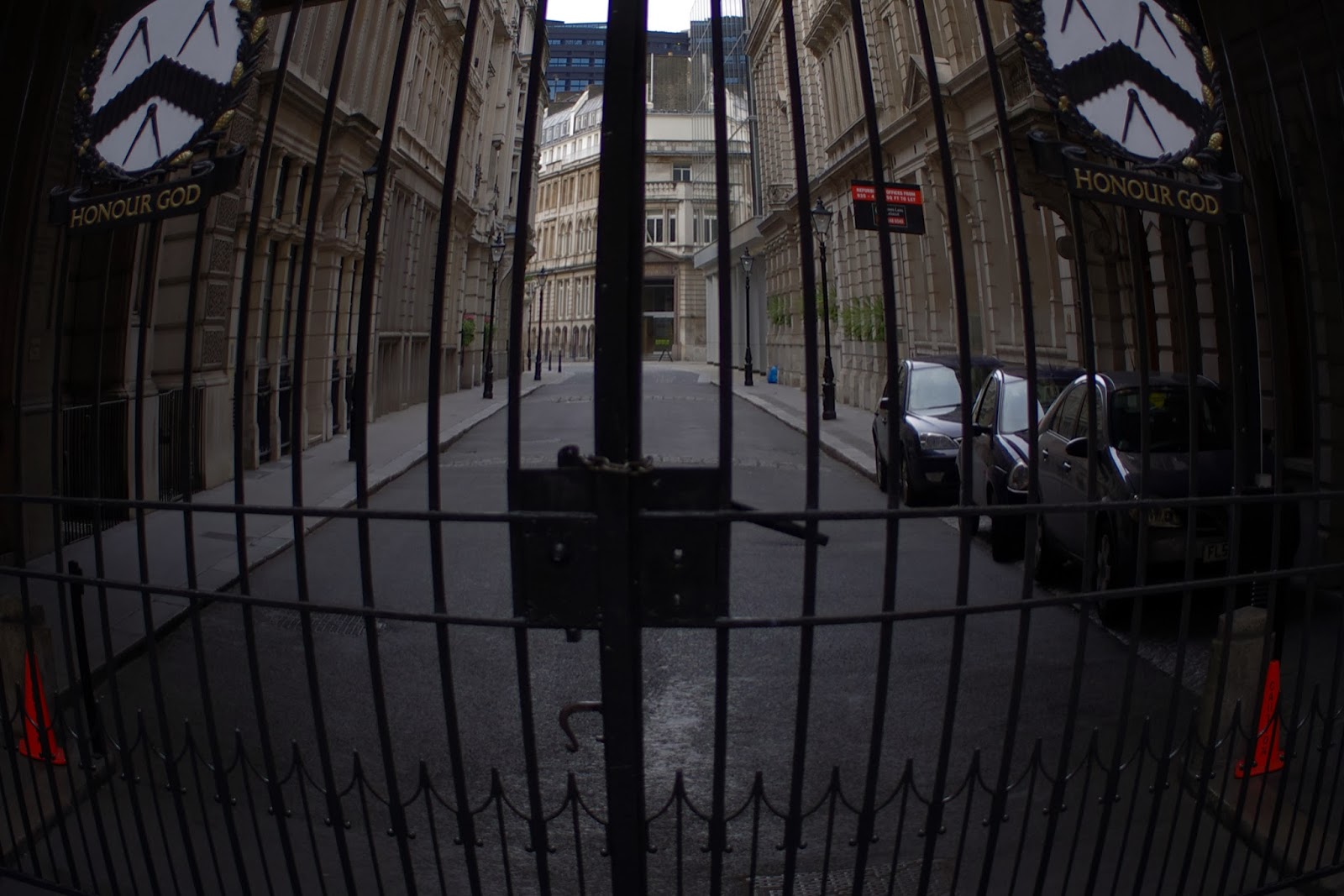 As Jimmy sang to Mary 'Mama' Reed, his wife:


And I start my way back home, a little weary, with just a touch of the delta slide and only the blues to call my own.

But not weary of life.