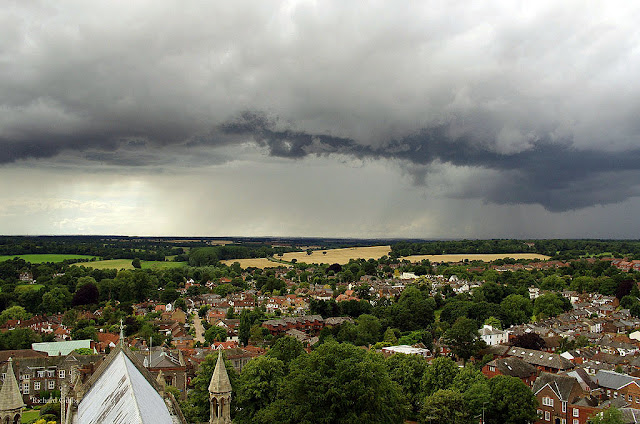 A Film Festival in  St Albans? But it doesn't even have a cinema!  (Well not at the moment anyway!)

Stanley Kubrick lived, from 1978 until his death in 1999, just outside the city of St Albans in Hertfordshire, in Childwickbury Manor, where his widow Christiane still lives (and holds an annual Arts Fair - July 5th, 6th and 7th this year!)

And before him, Arthur Melbourne-Cooper was born here in 1874. 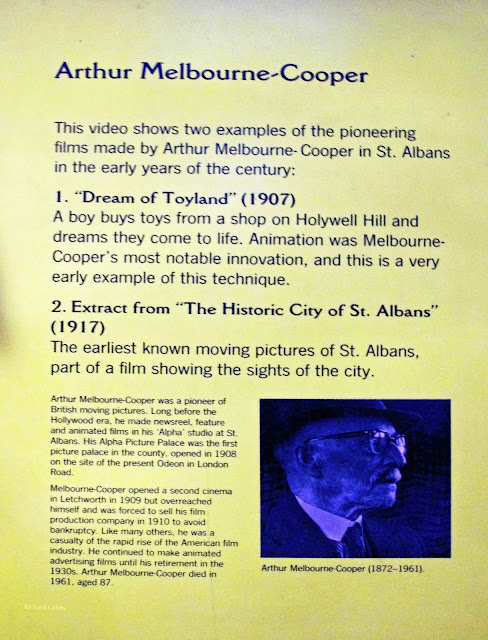 Well, apparently, he was a (or perhaps the) Pioneer of the British Film Industry. The son of local photographer Thomas Cooper and, although he is pretty well forgotten today, he was said to be responsible for several initiatives in film history, such as 'animation movies, the interpolated close-up, parallel action shots, cinemas with a raked floor, uniformed usherettes, and the isolated projection booth.' (I also blame him for Kiora and the choc-ice.... though I cannot be quite sure.) In 1908 he opened one of the first modern cinemas, the Alpha Picture Palace in St Albans, where free teas were offered during intervals, and the cheap seats were in the front rows!

Unfortunately this cinema burned down in 1927, but it rose again in December 1931 as The Capitol, sometime later called The Poly and later still The Regent.  In 1945 it was bought up by the Odeon group, and continued thus until its closure in 1995, when the Multiplex opened at Jarman Park, Hemel Hempstead (though Melbourne-Cooper had died in 1961). 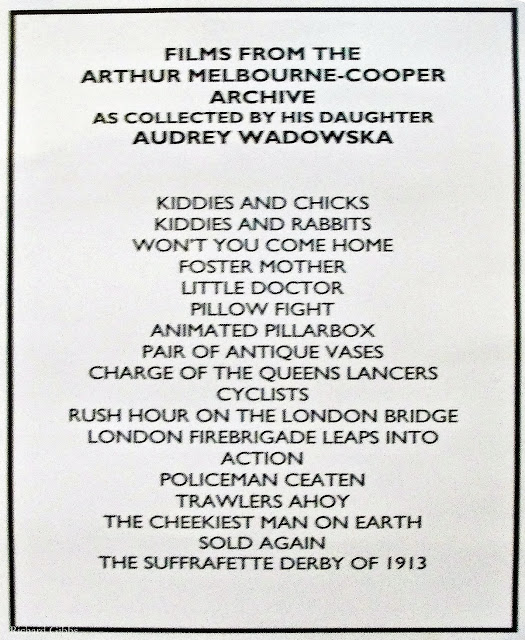 At its peak the cinema had 1,728 seats on two levels (you entered at balcony level and went down to the stalls) a twenty-foot stage, three dressing rooms, a cafe and a 'Compton two manual six rank theatre organ.'  Wow!

After closure it slipped into dereliction and was about to be demolished for commercial "development" of the site when, in November 2009, the Odeon was purchased by James Hannaway, who restored the Rex Cinema in Berkhamsted (where I spent many a happy afternoon watching Edgar Lustgarten and Elvis Presley in my yoof.....). He managed to raise a million pounds, and work to revive the building began in 2011.


A competition in November 2010 gave it its new name of ‘Odyssey’ with a nod to Stanley Kubrick and now it is estimated that it may open in 2014 as a splendid single screen cinema with five hundred seats, a cafe and a bar, though further funds are still needed. 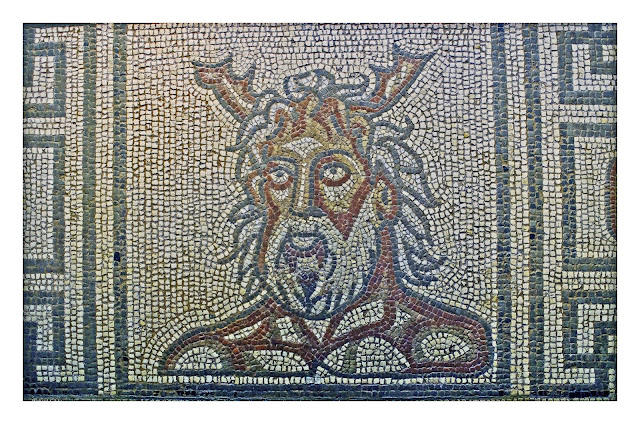 "The St Albans Film Festival now aims to be an annual event for both local people and visitors.  Filmmakers will be able to display their talent and have the opportunity to win awards and to gain recognition. Film-lovers will have a chance to see some unique and fantastic films and to celebrate the superb film making history of St Albans."  [Adapted from the Film Festival website.] 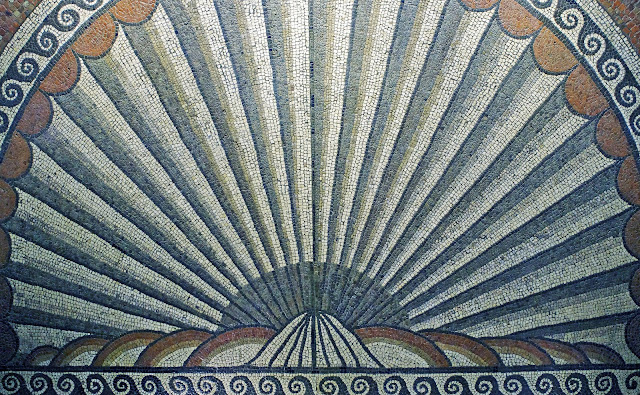 Thing is, St Albans has been a centre of the visual arts since Boadicea invented the twin pigtail. Enchanted by the valley of the river Ver (and the proximity to Londinium for commuting Roman Bankers charioting down Watling Street to their clubs in town) a settlement became a city became an arts centre with the 0BC equivalent of David Lloyd and Jarman Park.  If they had had films they would most certainly have screened them!  As it was they had to content themselves with lounging on mosaics warmed by hypocausts....  But it's all much the same thing. 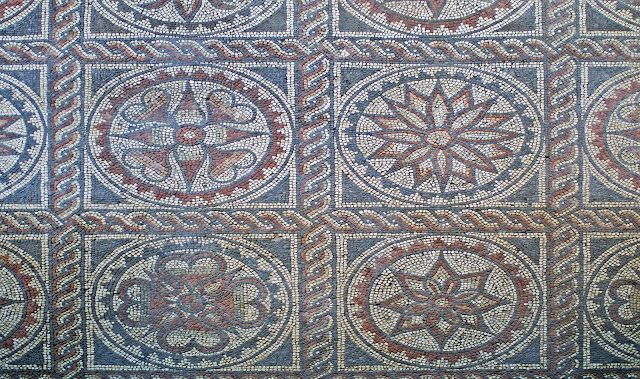 And then, in the fullness of time, came the medieval period.  As night follows day, the floors became the ceilings, and the Abbey Church grew tall, using roman bricks and with a painted wooden crossing not so unlike the tesserae of villa pavements. 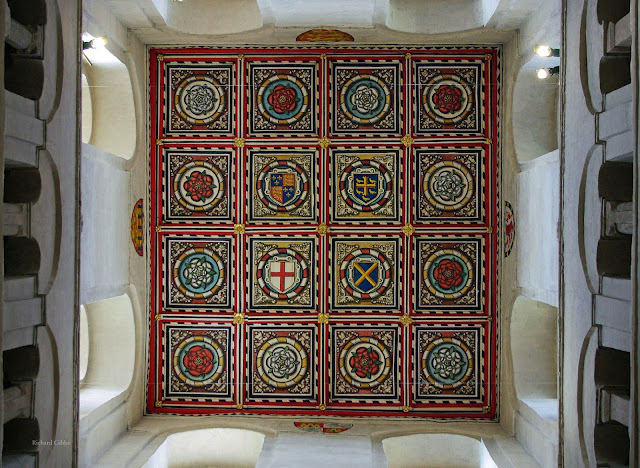 It's not really a celebrity birthmark, but the Abbey is actually the highest cathedral above sea level in the UK.  It was also a  source of controversy in the late 19th century when William Morris and his pals became very upset by the renovation of the church roof which introduced the pitch we see today (as opposed to the medieval flat roof you experience inside.)  "Though the Committee for the restoration of St Albans Cathedral have determined to alter that church by putting a high-pitched roof on the nave in the place of the present flat one, the Committee of our Society cannot give up all hope that the public in general may yet interest itself in the matter, and refuse to support a scheme regarded by so many archaeologists as rash and destructive....."  [William Morris, unpublished letter to 'The Times,' August 26th 1878] 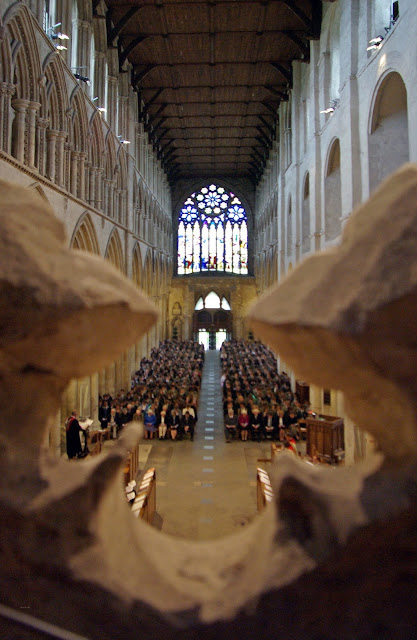 Later artists would embellish the space, with the North Transept Rose Window being designed by Alan Younger and given by Laporte Industries in 1989.  This is a glorious, almost cinematic, piece of work, with kaleidoscopic colours streaming through circles within circles. 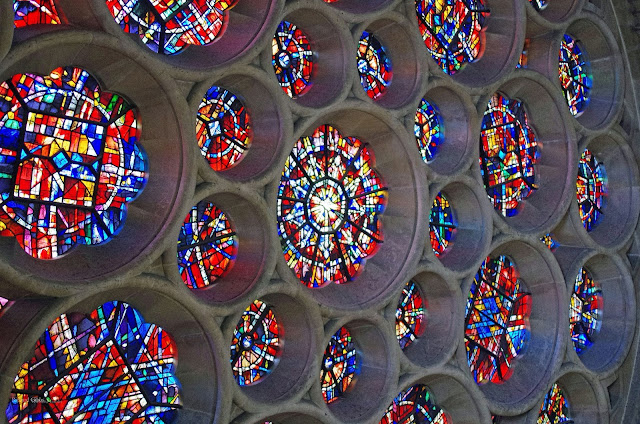 Decorative was not the only watchword for the artistry of St Albans, however, as Charles Dickens also blessed the city with a powerful link when he modelled Bleak House on a  fine house which was then on the outskirts of the conurbation.  [Dickens probably visited St Albans when staying with the Bulwer Lyttons at Knebworth though he wrote the novel when staying at Broadstairs in a house that has since been named after the novel.]


St Albans is currently a muddle of different styles and tendencies. It is not difficult to envisage the Roman order of the settlement, as roads dissect each other and the touches of Roman walls and bricks do not seem out of place. The market place, with its thriving stalls stretching up the main street twice a week, still carries that flavour of trade that markets must always have had, with bowls of fruit or vegetables all for a pound, or three sea-bream for a tenner, and so on. It's a busy thoroughfare and is the commercial focus of a town that has seen good years and bad. 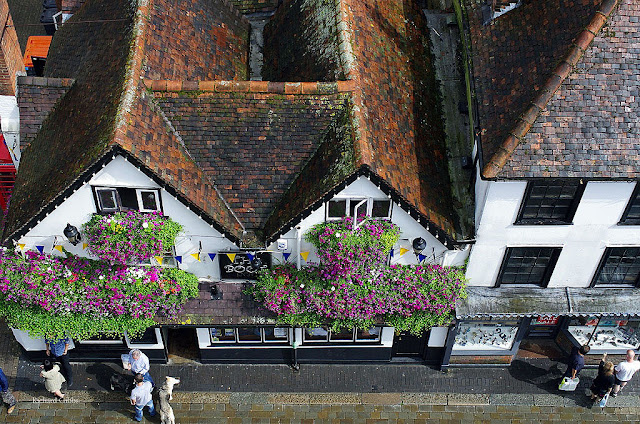 At the heart of St Albans is the Clock Tower, marking the passing of time and overseeing the busy streets below. This tower, the oldest of its kind in England, was built between 1403 and 1412, and stands 19.6m (64ft) high with walls up to 1.22m (4ft).  The original bell, cast at Aldgate by William and Robert Burford (who worked from 1371 to 1418) is still there, poised on its scissor brace oak frame, weighing in at one ton....

St Alban has the distinction of being the island of Britain's first martyr.  He was a resident of Verulamium who, apparently, worshipped all the prescribed Roman deities including the emperor, but who slipped up when he gave shelter to a Christan priest, by the name of Amphibalus.....

Alban was punished (by execution in 209) for his kindness, and the great Norman Abbey, of which the church is a surviving part from 1077, replacing a Saxon building, remains to honour him. 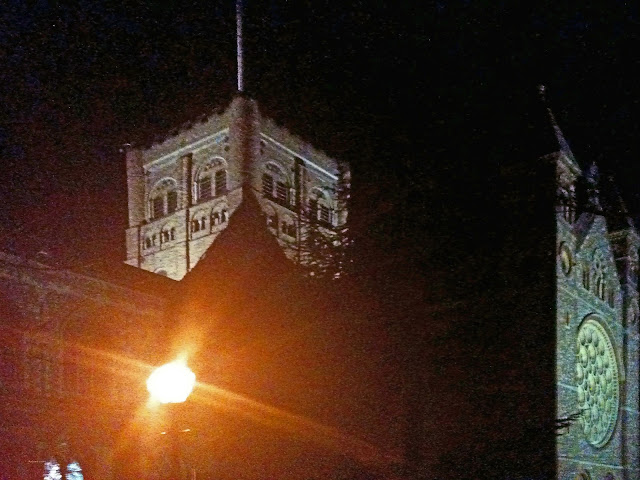 A familiar cry round here is, "What have the Romans ever done for us?" and it is quite understandable that the average St Albanite might question the benefits of the heritage of a foreign power.  But was it not fate that the Romans chose to settle in a pleasant and convenient part of Anglia?  Yes, there might have been an awkward clash with a young woman in a sprightly coupe.  And the disagreement about religious freedom was unfortunate.  But the legacy of all that creativity attracted not only school parties in their mega-cohorts, but also artists such as the unquestionably magnificent Stanley Kubrick, who, surely, held the world in the palm of his hand when he chose the gentle countryside surrounding St Albans as his place to shine.

It is not surprising, after all, that St Albans is a fine place to hold a film festival..... 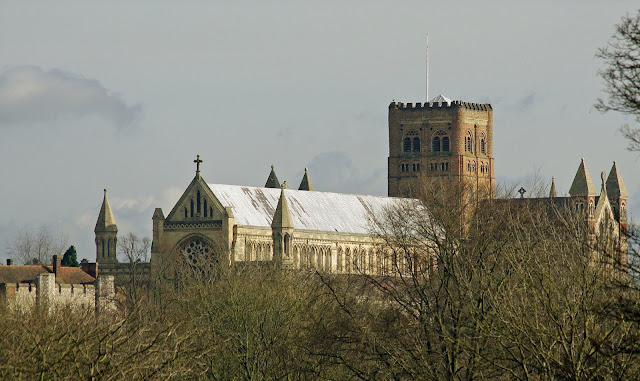 Arthur Melbourne-Cooper's 'Matches: An Appeal' - allegedly the oldest animated film in the world (1899) - on Youtube: 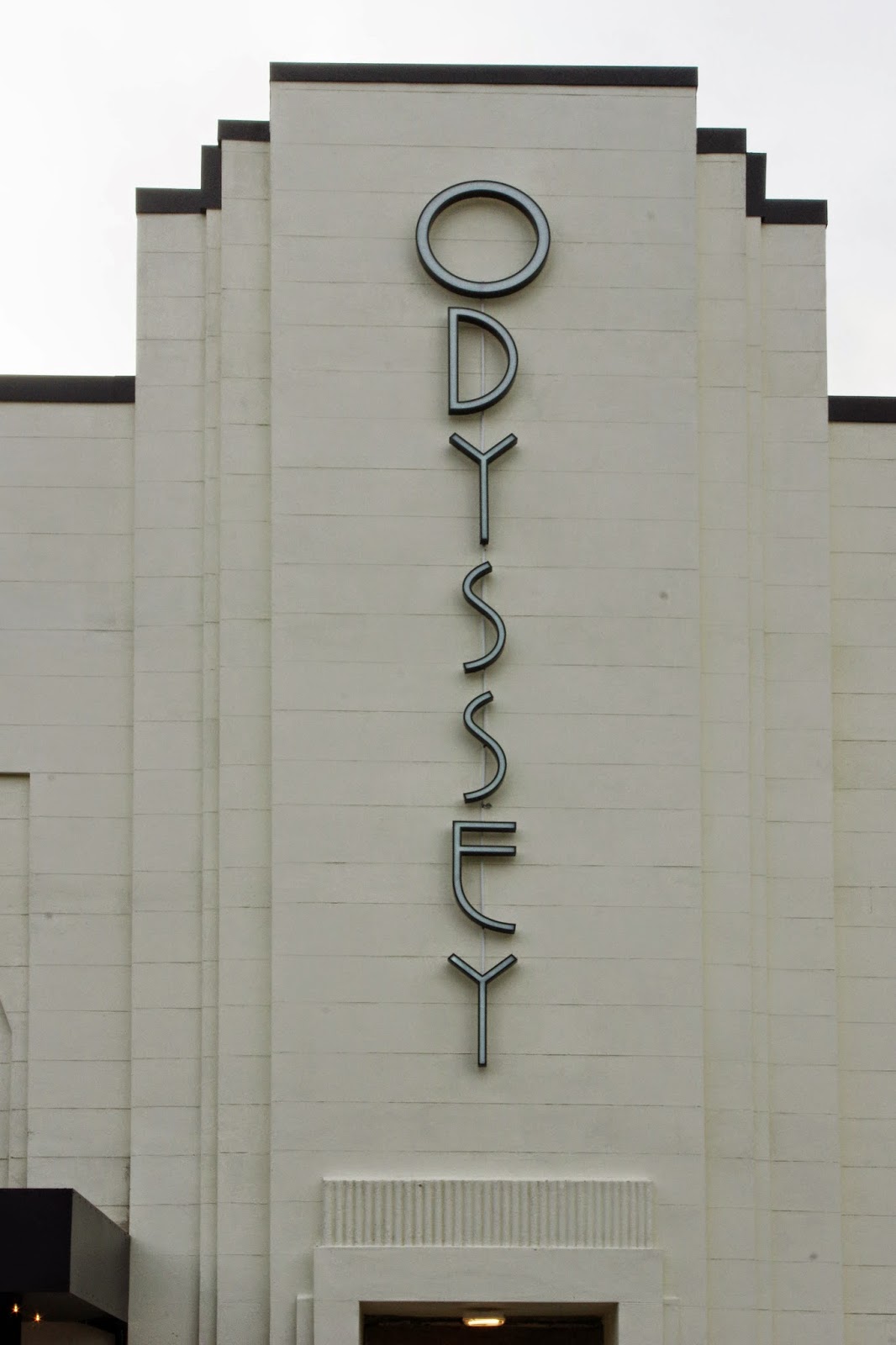 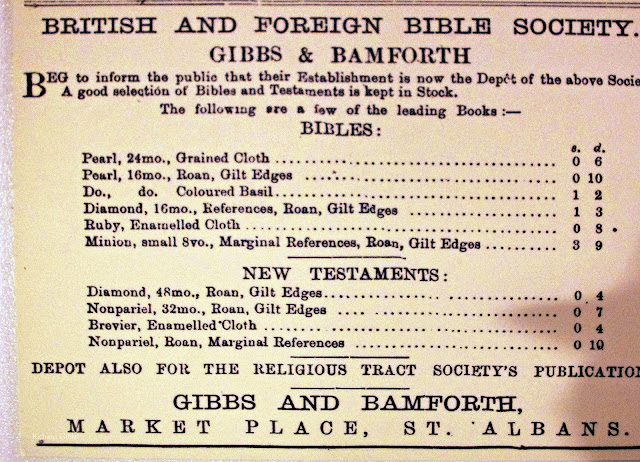