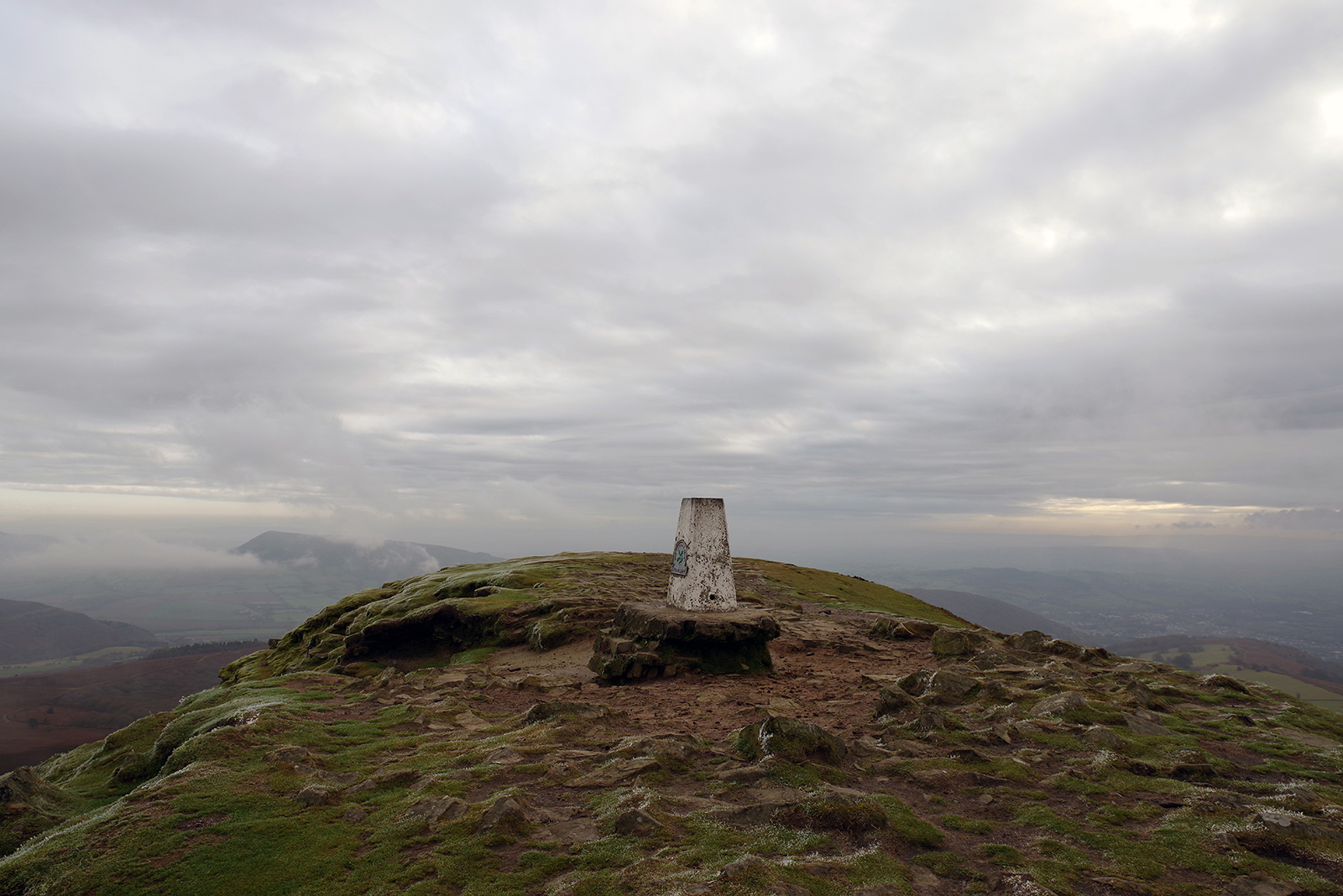 Bread of Heaven is a song from Wales. The words are by William Williams, also known as Williams Pantycelyn, an 18th century Welsh poet. The hymn took its current shape, however, around 1905, when the English version of the lyric was put to a tune entitled Cwm Rhondda (after the valley of the same name) by John Hughes, another great Welshman. The song quickly became deeply beloved of the Welsh and can be heard sung ceremonially at sporting events, especially rugby matches, as a kind of unofficial national anthem.

In Wales itself, it is generally known either as Bread of Heaven or as Cwm Rhondda.  Elsewhere it is usually referred to by the first line of the lyric, Guide Me O Thou Great Redeemer. 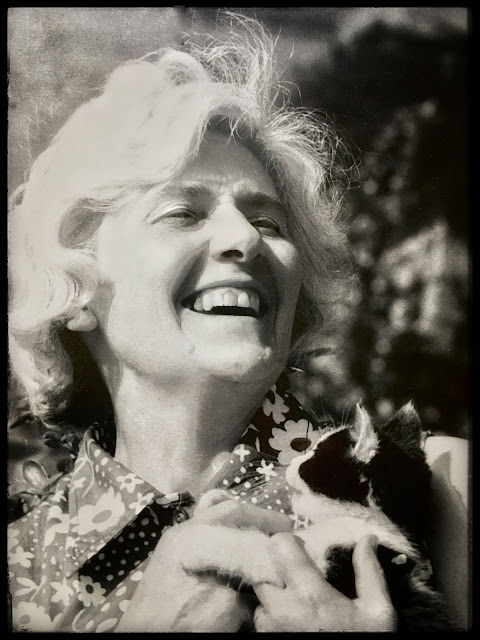 Shortly after my mother died at the end of October, I was in Wales.  I had got up early in the morning in Bristol and driven to Abergavenny, from where, after a bap and a cappuccino from a fine Italian café, I set out to climb The Sugar Loaf, one of the most prominent and popular peaks in the Black Mountains and indeed the Brecon Beacons. The hill was originally known as Mynydd (mountain) Pen-y-fâl (top of the plateau) but the name has now disappeared in favour of the current denomination.

The Sugar Loaf is one of the three mountains around the market town of Abergavenny - the other two being Blorenge to the south and The Skirrid to the north-east. Reaching the height of 596 metres above sea level at the trig point it is not the highest mountain in South Wales but it cuts a fine outline against the sky showing off the profile which gives it its name.

It consists mainly of old red sandstone from the Devonian period (about 416 to 360 million years ago) in common with the rest of the Black Mountains. The summit is covered with a thin layer of a quartz conglomerate, which is a hard rock and which protected the hill from being eroded away in the last ice age, when the Usk valley to the south, and the Grwyne Fawr valley to the north, were formed by glaciers. 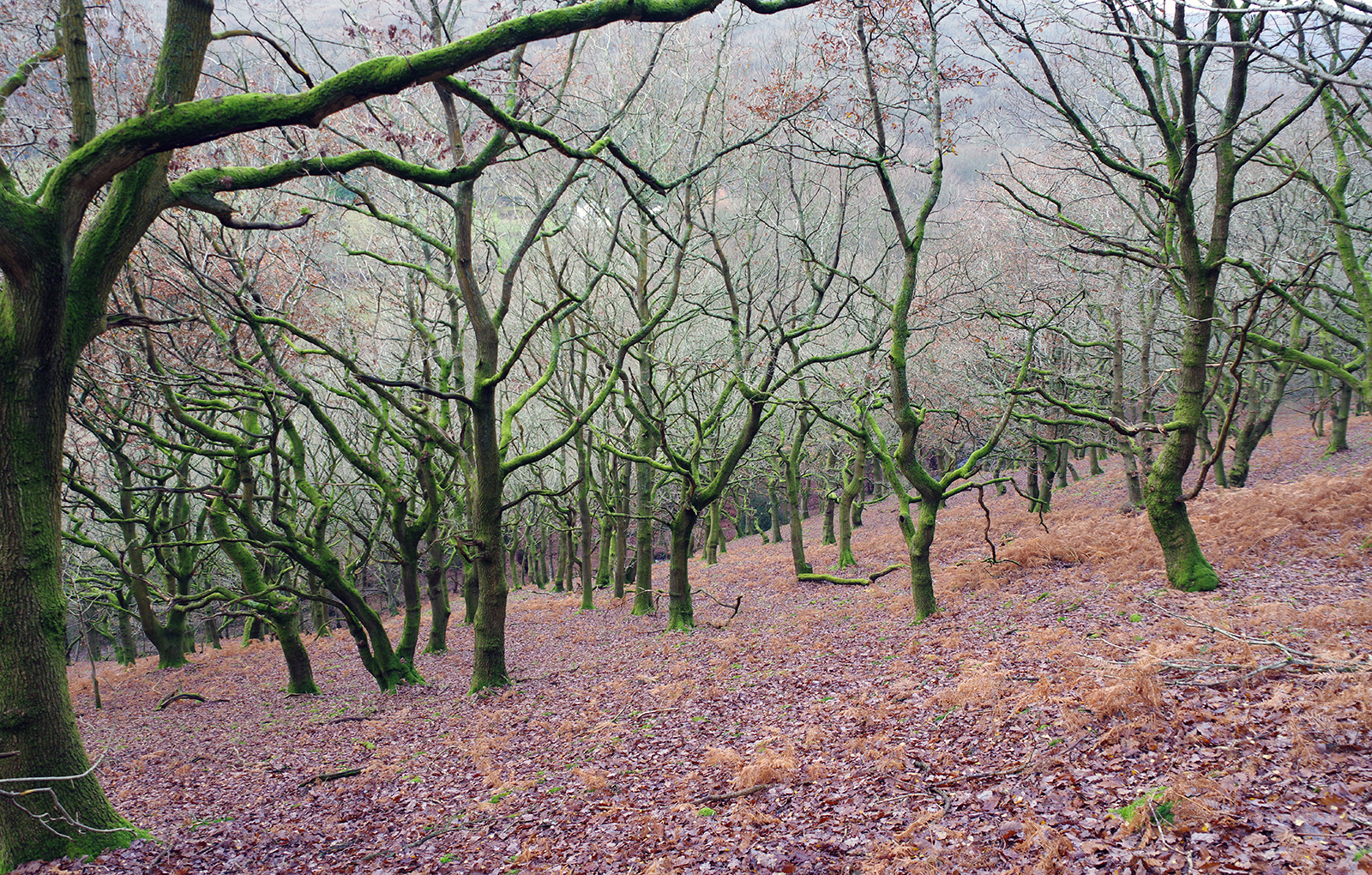 I left the town behind in Chapel Lane, and followed the track up and into Deri Fach wood, where the path climbs through a close-knit stand of oaks for nearly a kilometre.  The trees then thinned and the route continued through bracken and gorse, brown and scrubby at this time of year.

As I reached the top of the heathy ridge the summit came into view, still a way off and high above me.  I could see why it has been named The Sugar Loaf - not that we have loaves of sugar any more, but I know that refined sugar used to be sold in moulded conical masses.  In Middle English the word loaf was used for sugar, but this came from the Old English term (hlāf) for portions of bread…. 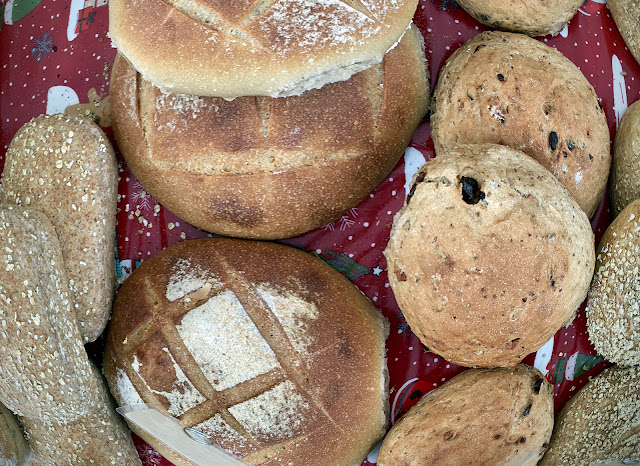 Anyway, the summit beckoned, and, somehow drawn by a primitive desire to approach heaven to wish my mother well at those pearly gates, I strove painfully up the steep slope. 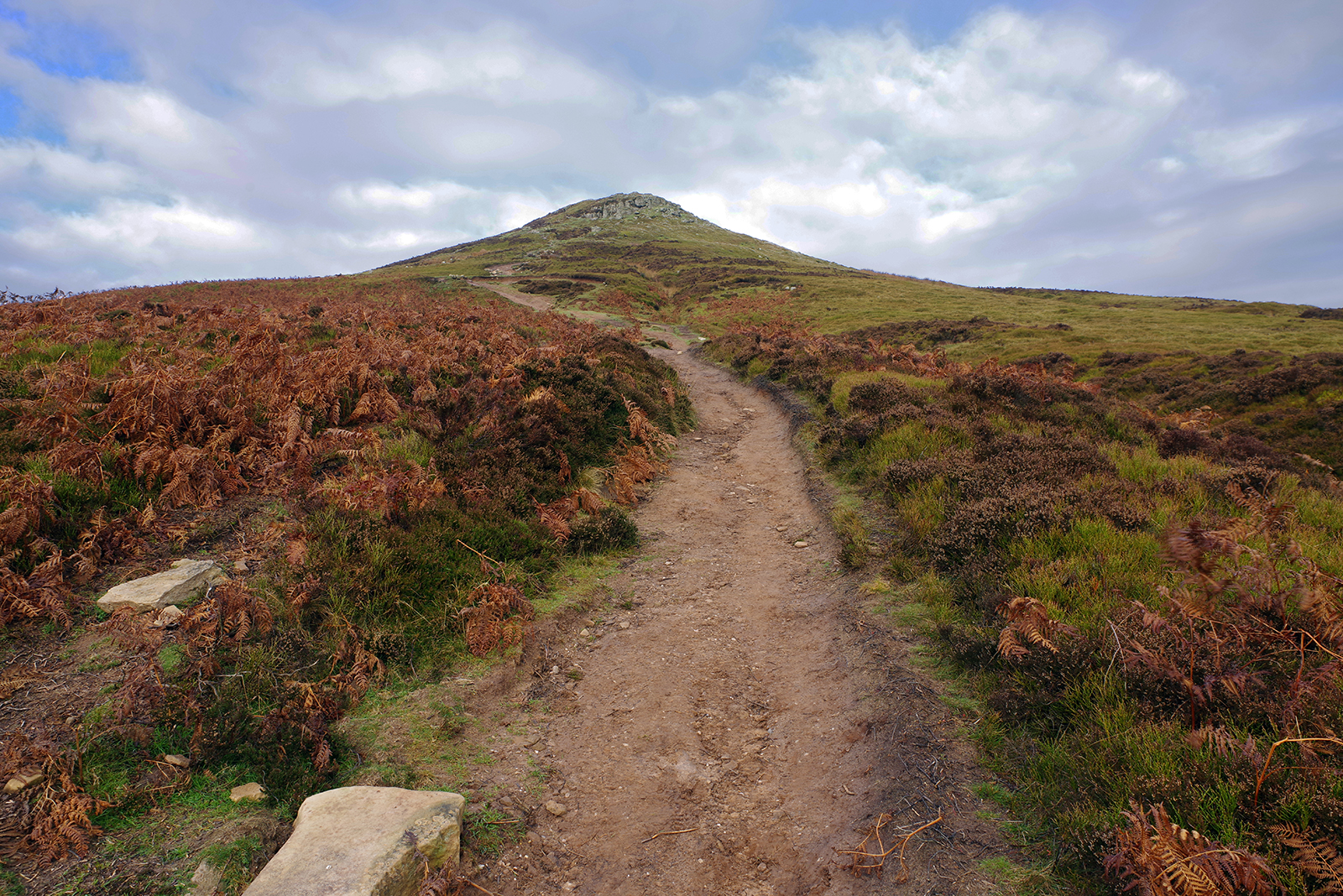 It was late November, and though I had felt warm when toiling up through the woods far below, at the summit there was a bitter wind, and the ground was glittering with ice spicules. 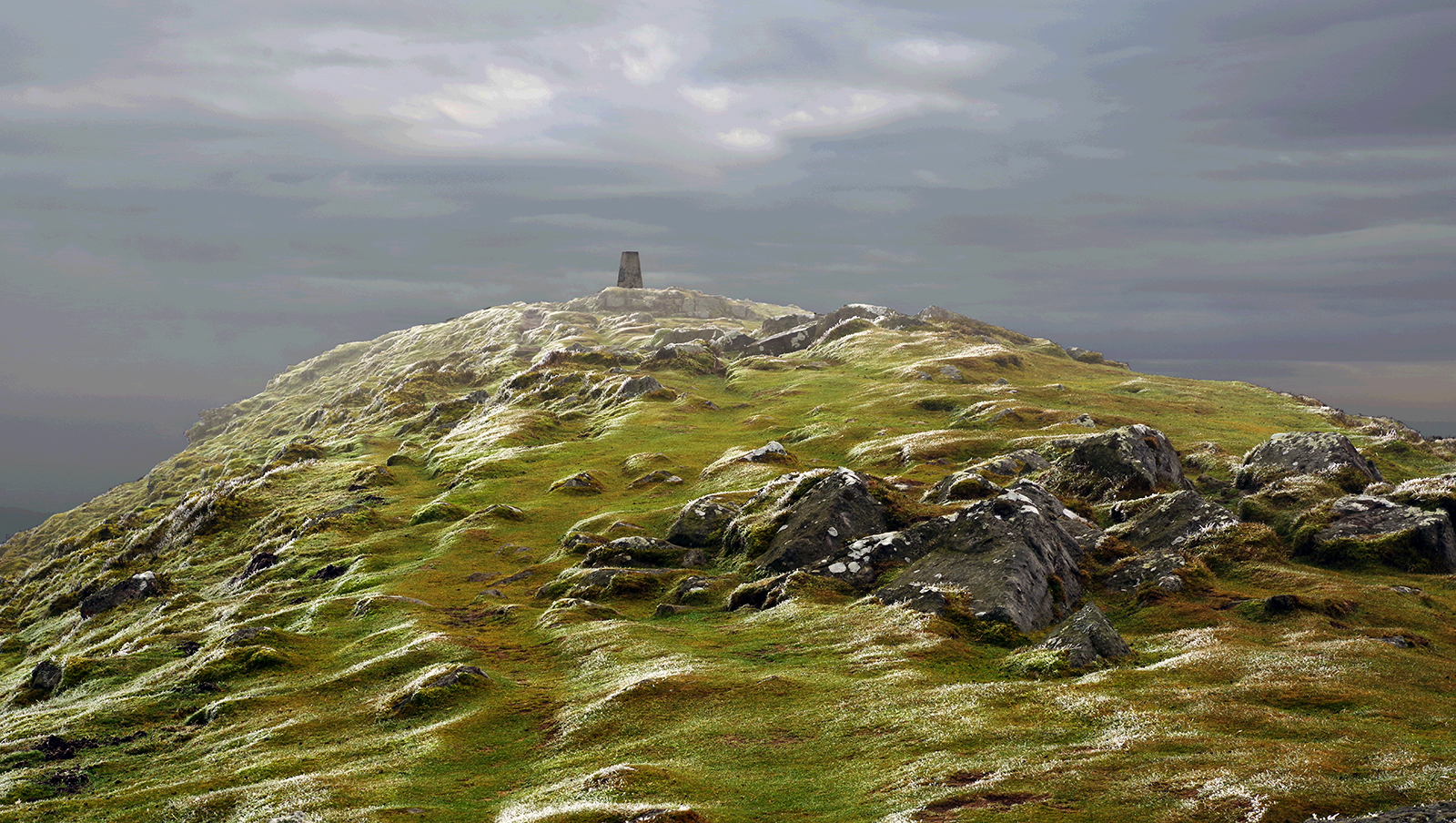 Not how I imagine heaven, but it was exhilarating.  It was not a day of crystal clarity, but The Skirrid loomed in and out of the clouds, and from the peak there were misty views of the hills and valleys around. 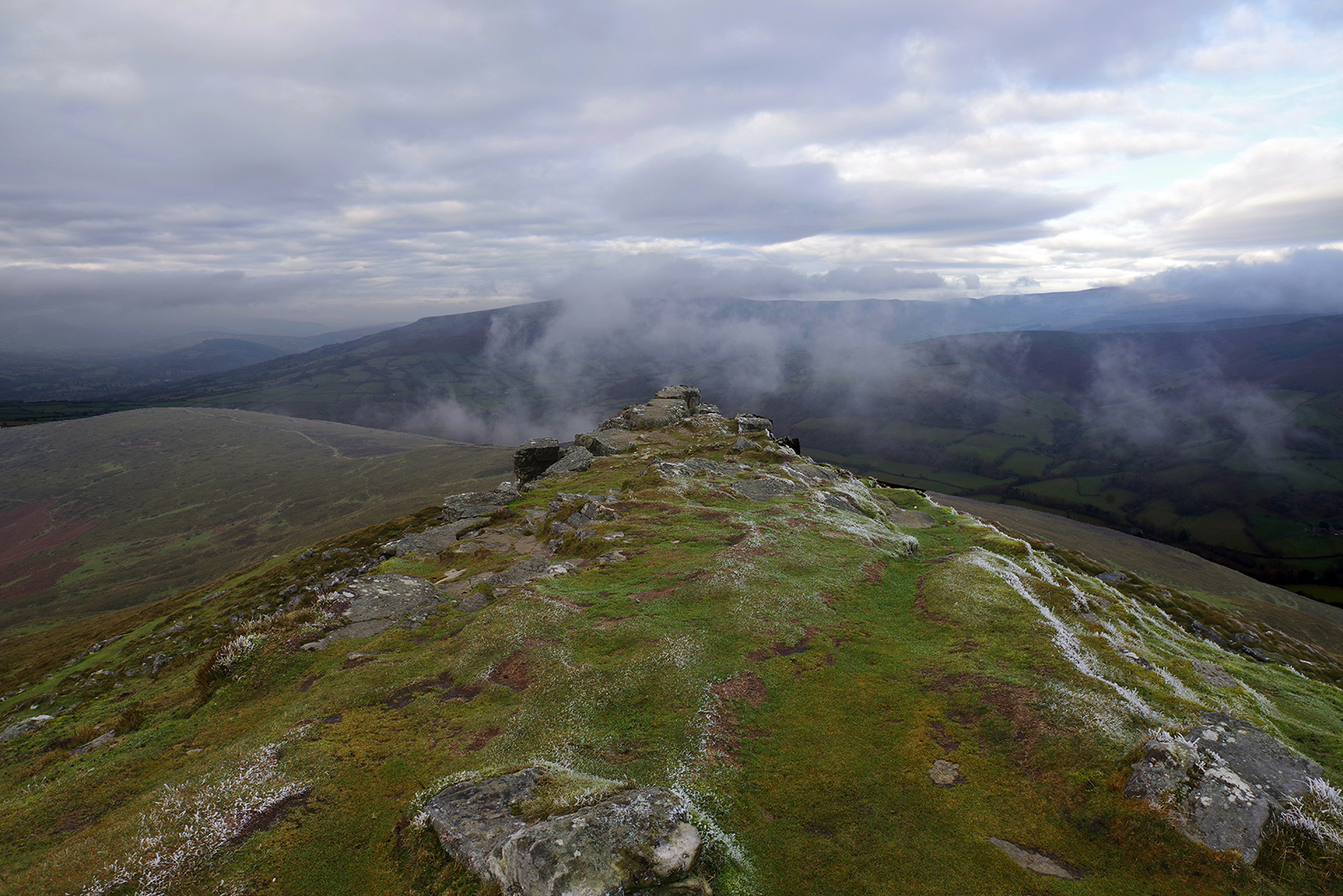 I was early enough to be alone for a spell, and inspired by Wales, by the majesty of the landscape, and by love for my mother, I raised my voice to cry out….. 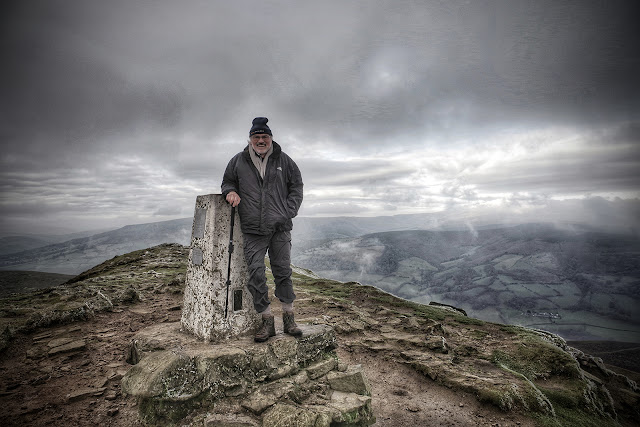 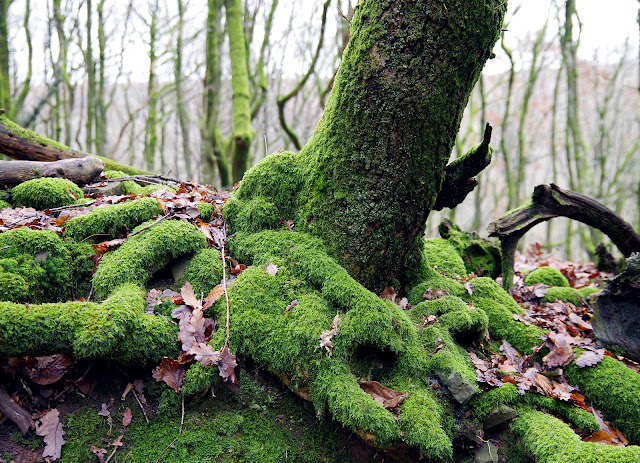 On the way down I was awed by the glory of the natural world.  Distant hills, and mossy trees, a splashing stream in the idyllic beech woods of St Mary's Vale. 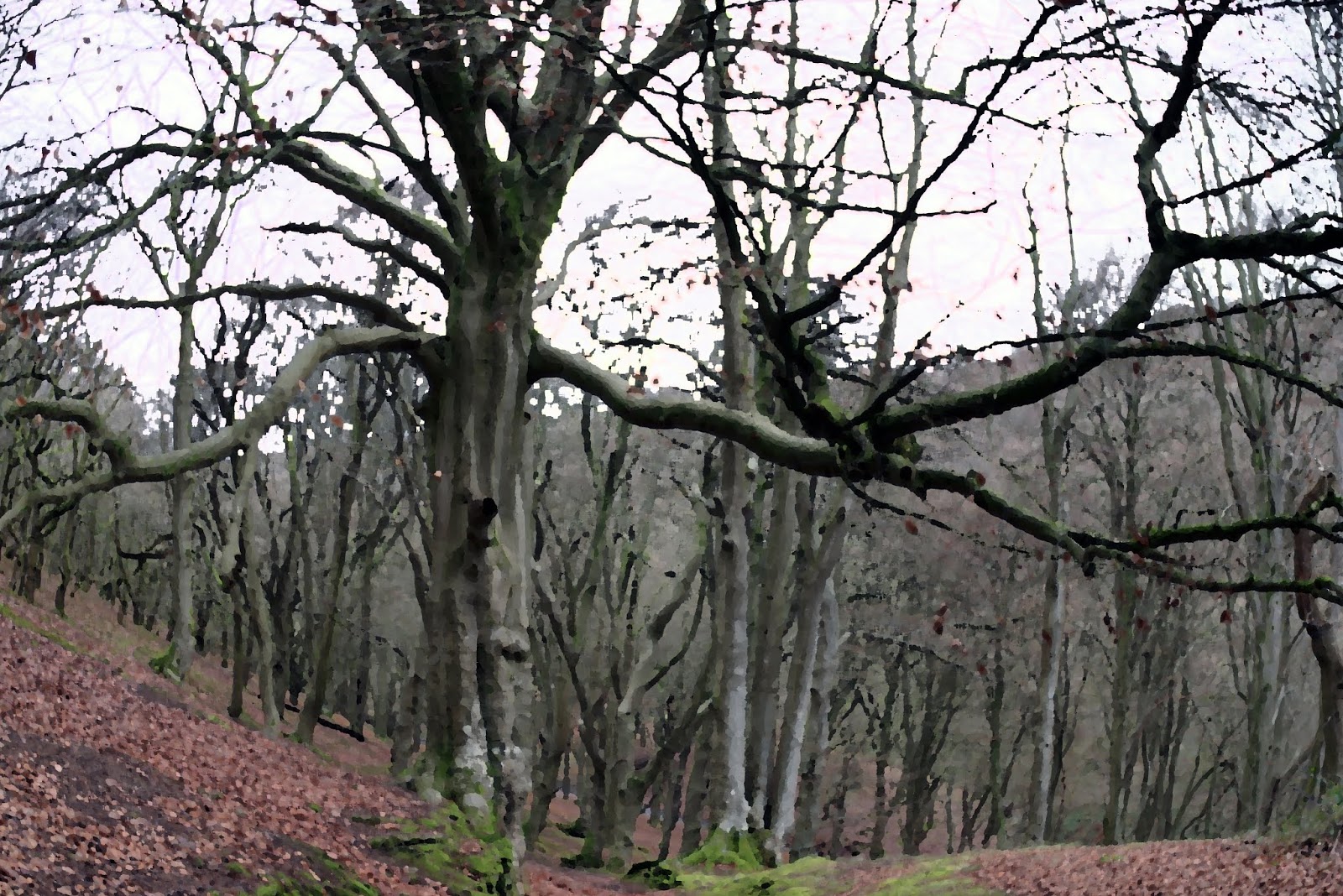 I felt restored.  There is a heaven, even if it is hard to catch hold of.  Even if it is elusively always there, before us, unseen.... 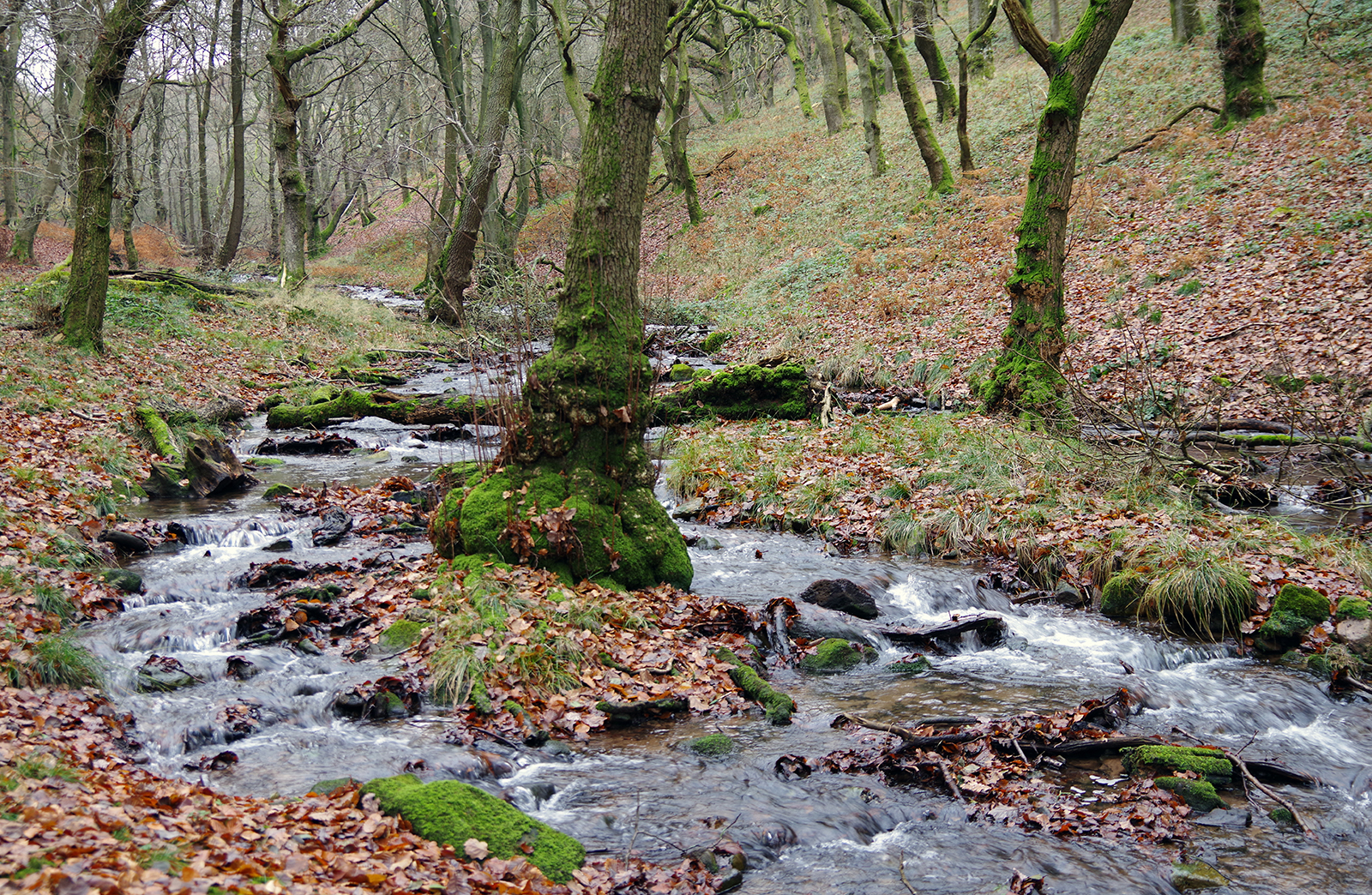 Less than a week later, in St Peter's church in Berkhamsted, I was joined by family and friends, and together we sang….

And for a moment, fleetingly, I thought I believed that my redeemer liveth....  Or so, I wanted to feel, at least, my mother is in good hands.... 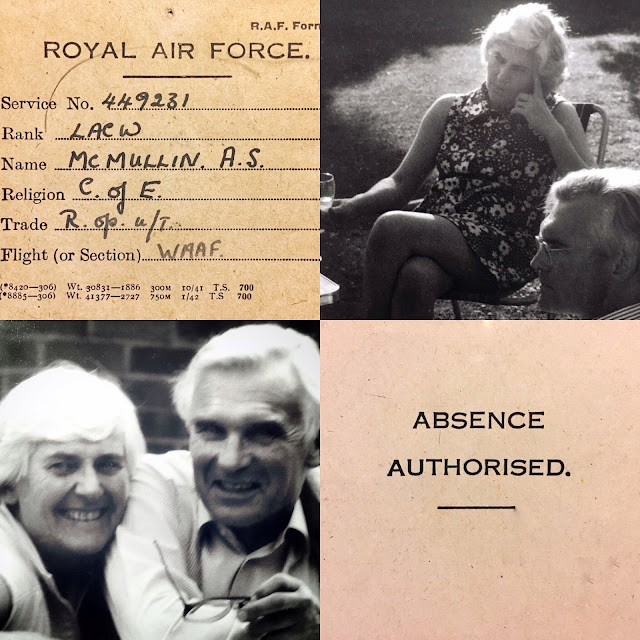